Treetops was designed by Bruce Rickard and is located just 38km or a 45-minute drive North from Sydney’s CBD within the Ku-Ring-Gai Chase National Park at the junction of Cowan Creek and Coal and Candle Creek. 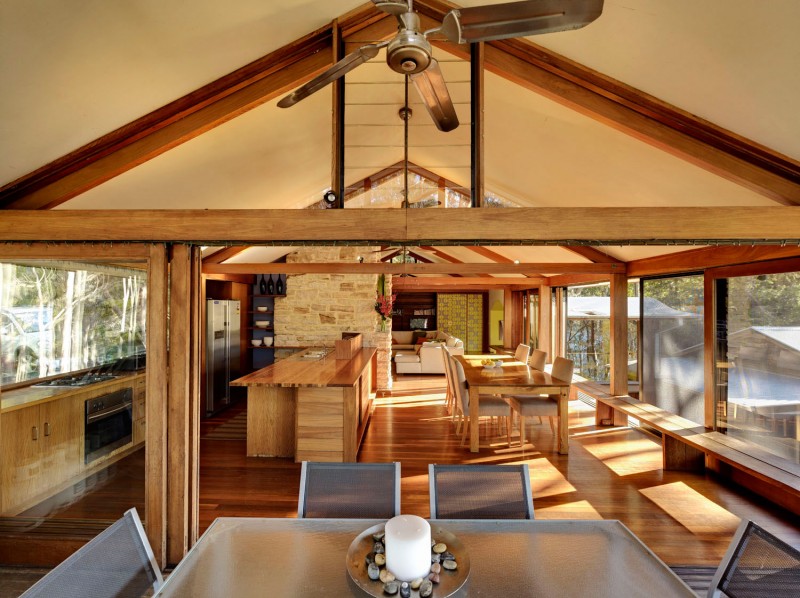 Bruce Rickard built three houses for his family – the first at Warrawee (1959), the second at Wahroonga (1961) and the third at Cottage Point (1989-90). Rather than starting from scratch, the Cottage Point House was originally an old fibro cottage which Bruce Rickard used as a weekender and planned to extend. The idea was to convert the little cottage into bedrooms and, he said, “to build a new freestanding pavilion containing the living, kitchen and dining areas. The pavilion was elevated above the ground to obtain the view and without excavation so as not to disturb the ground.” The two buildings were connected by an entry porch and stairway, giving a lovely sense of separation between the zones. 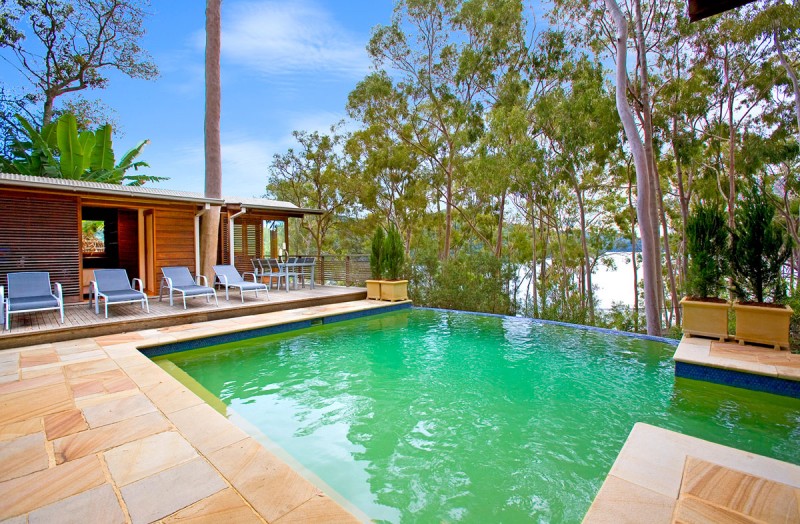 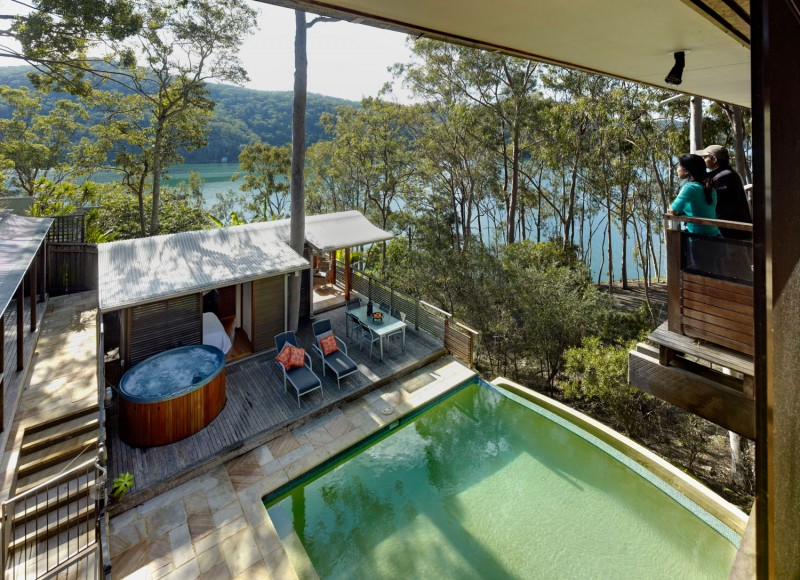 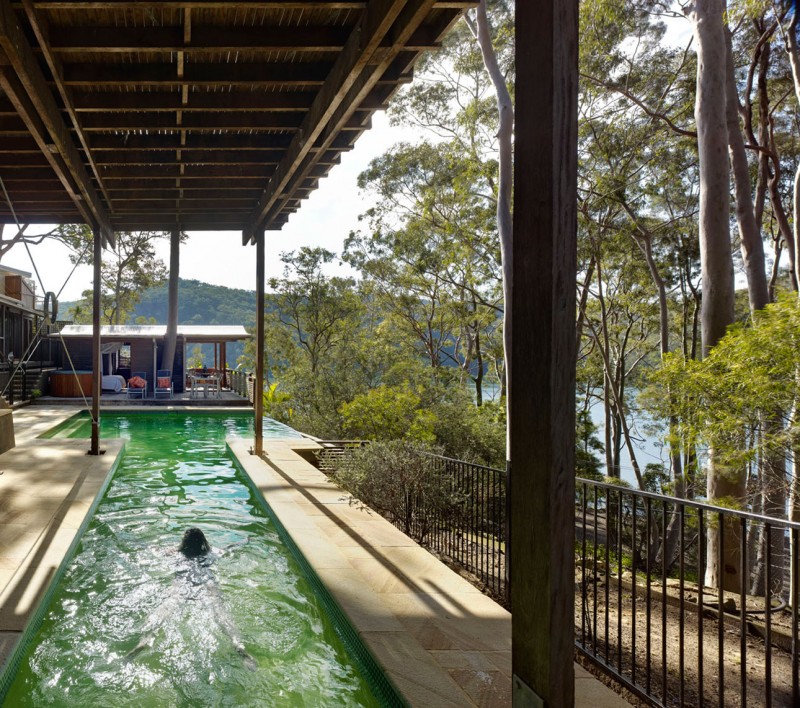 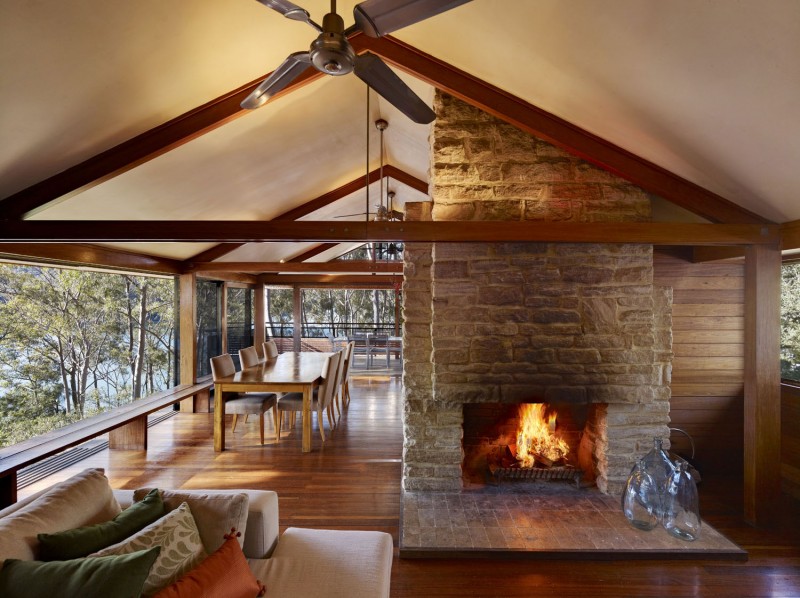 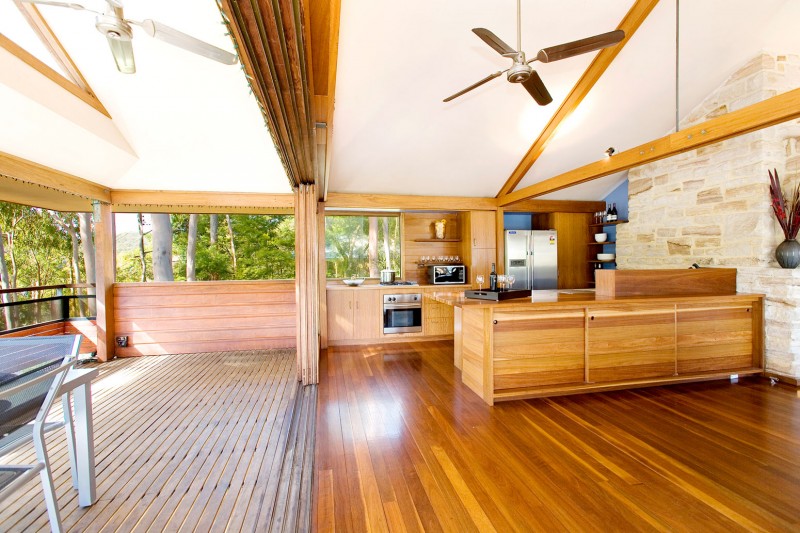 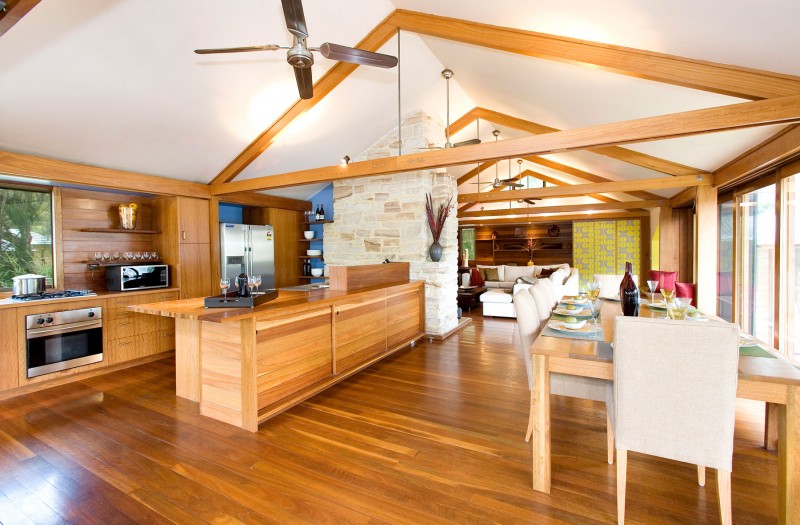 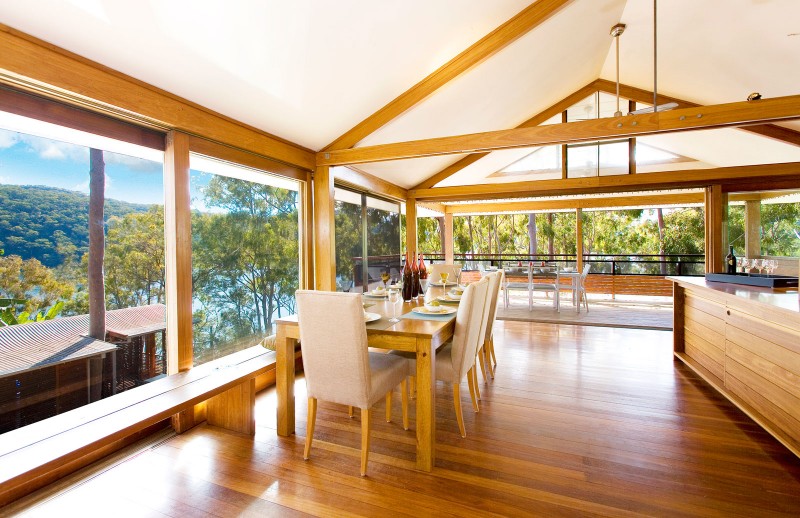 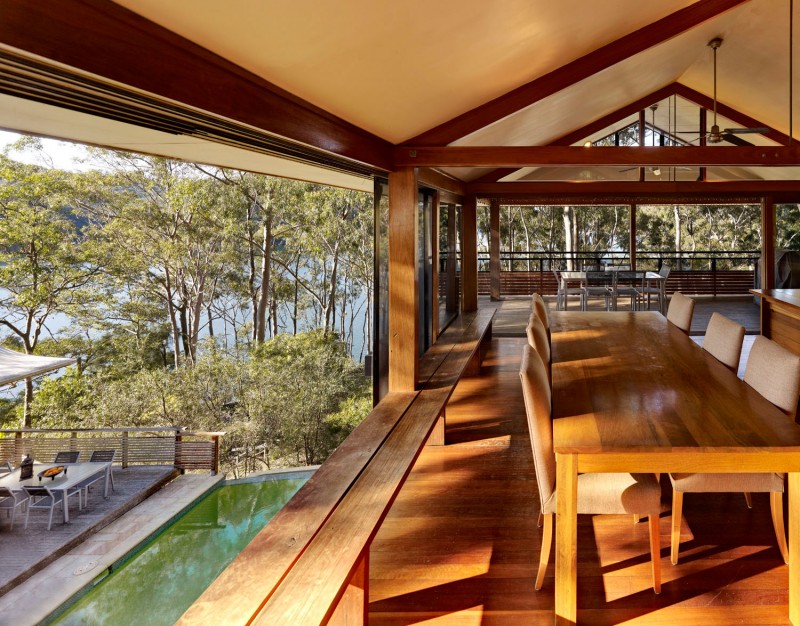 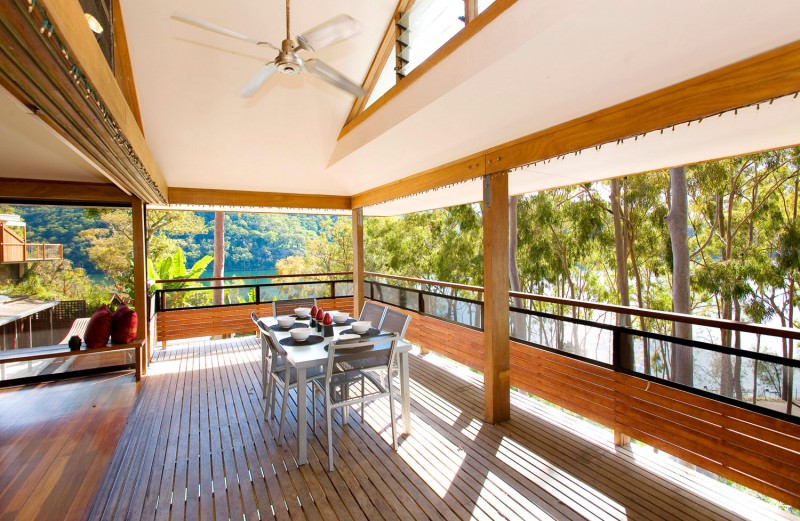 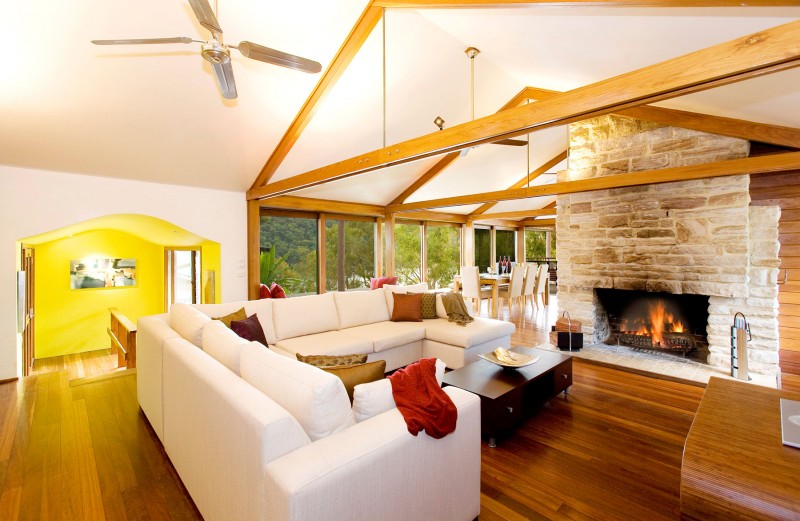 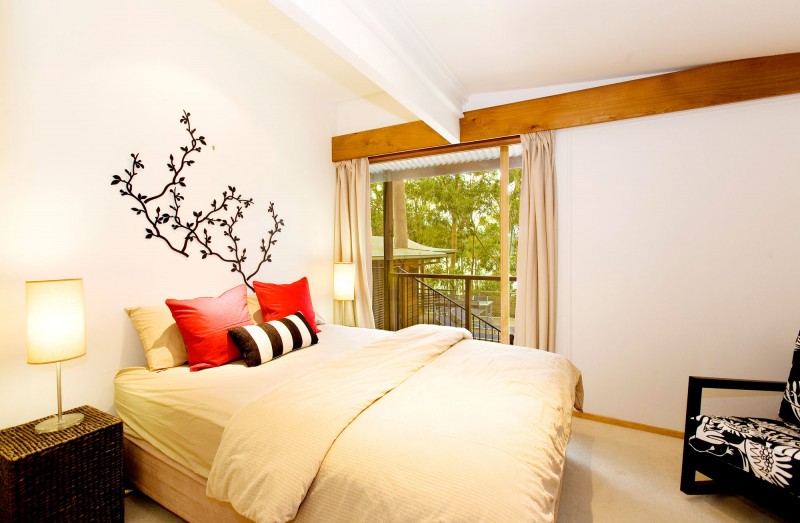 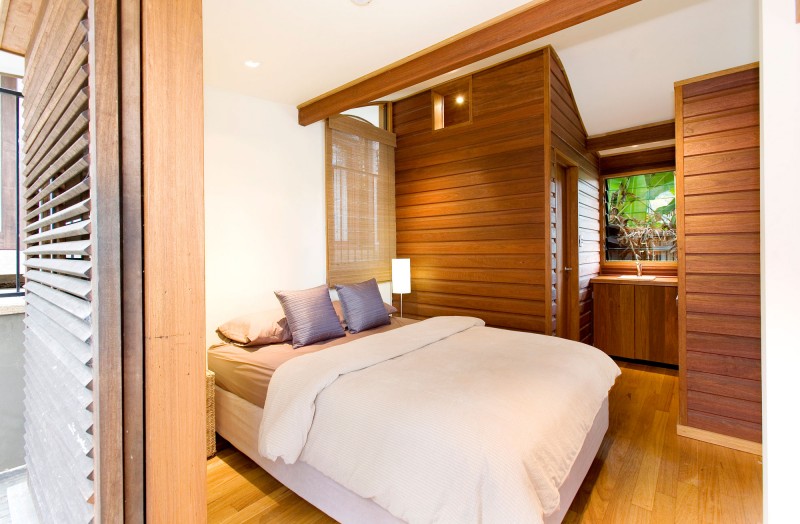 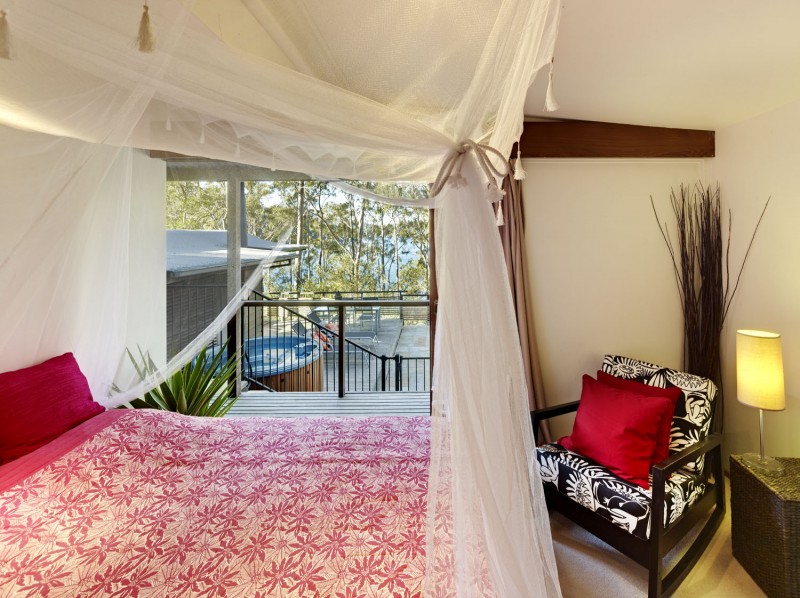 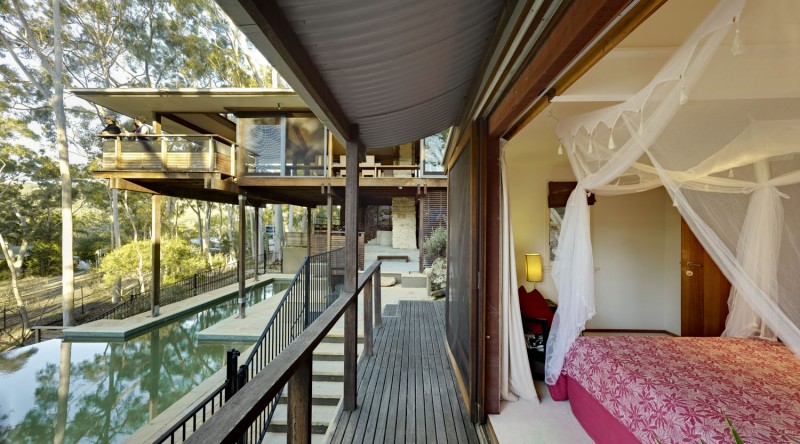 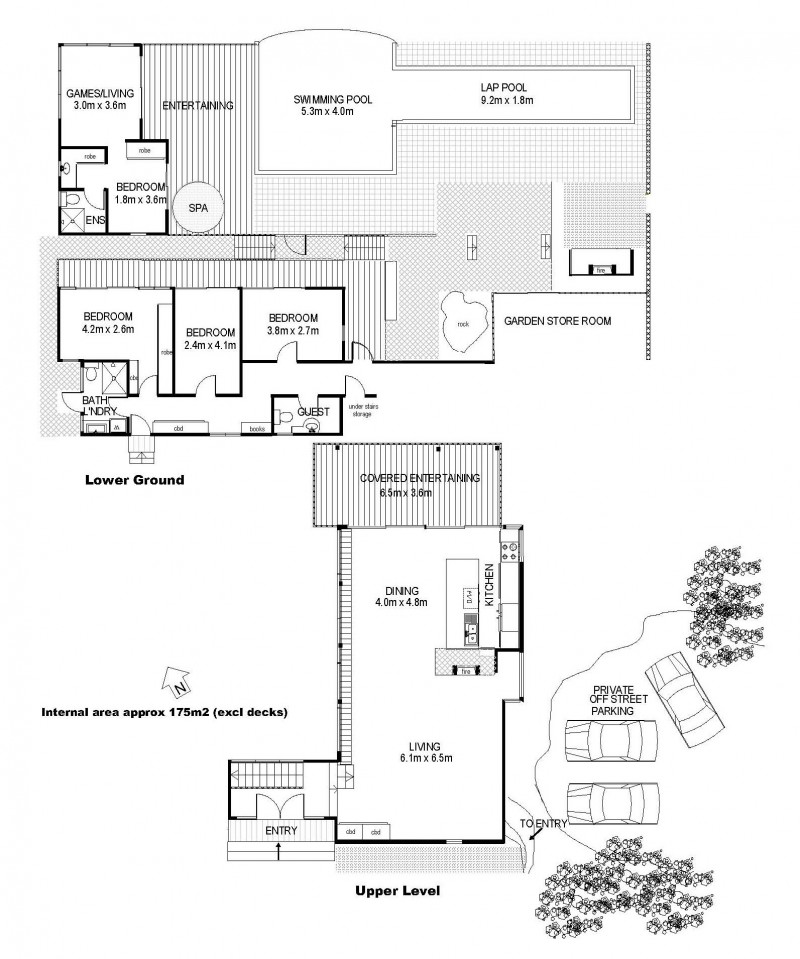 In each of his own houses, Bruce Rickard took the opportunity to experiment with various design elements and building techniques before using them on his clients’ houses. In the case of the Cottage Point House, he started employing a grid of timber columns for the first time, an idea he subsequently returned to a number of times. This allowed the house to be opened up in a way that hadn’t been possible before; letting it, essentially, blend quite effortlessly into the surrounding eucalypt tops and the quiet waters of Cowan Creek.
Like all Bruce Rickard houses, it’s incredibly liveable. For a start, it faces north-east, to capture winter sun and minimise heat in summer. “I reckon if you put all my houses together, they’d look like iron filings, all facing the same way,” he said in an interview with Belle magazine. Windows are situated to get the best cross breezes, and the carefully positioned wide eaves of the house cut out harsh summer sun and allow in winter light. “I wasn’t doing all that for what you’d call ‘ecological’ reasons,” he said. “I was looking at it from a different viewpoint, it was more for human comfort and for visual and aesthetic reasons. It was for the sheer pleasure of having a house that was warm in winter, cool in summer.”
On top of that, it’s a house that’s broken into quite distinct zones, on different levels and, in some cases, completely separate from each other – but all cascading around a courtyard with swimming pool.
It’s a house that works beautifully for family life, human in scale and with a balance of open spaces and private areas. It’s also a house in which, although close to the city, life can begin to feel like a holiday – walking straight from the bedrooms to a terrace or having dinner on the covered verandah, you feel a million miles from anywhere; sitting in the living area, all you can see are trees and the water.