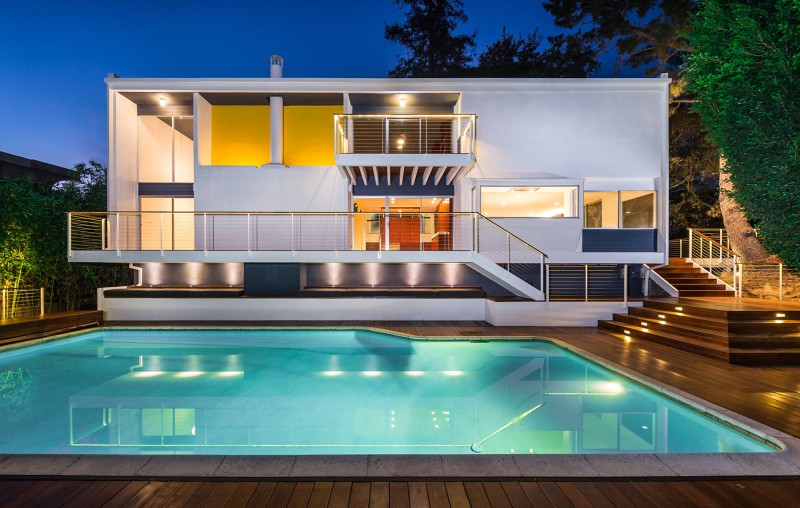 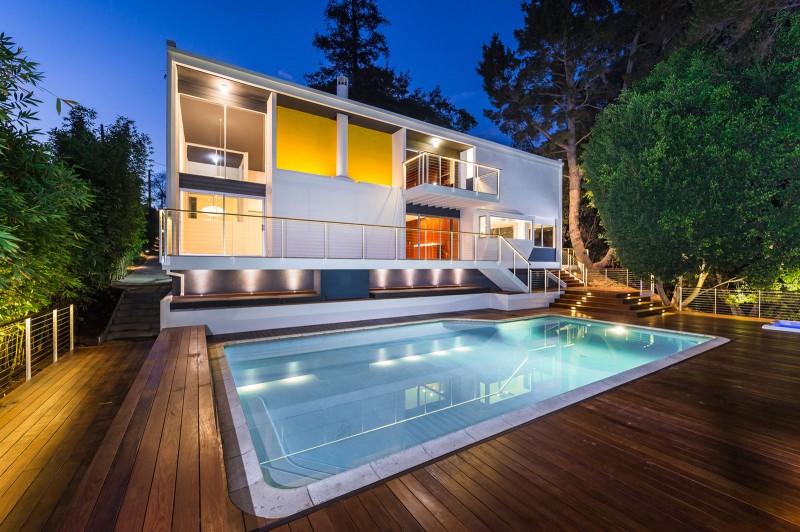 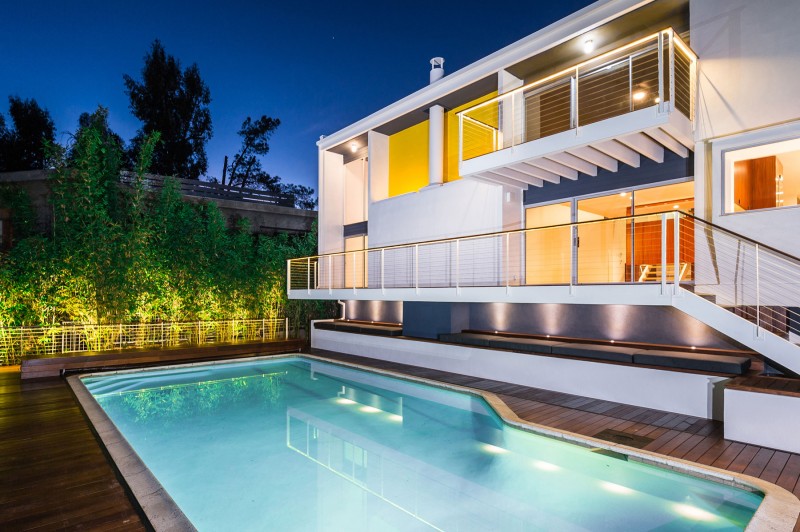 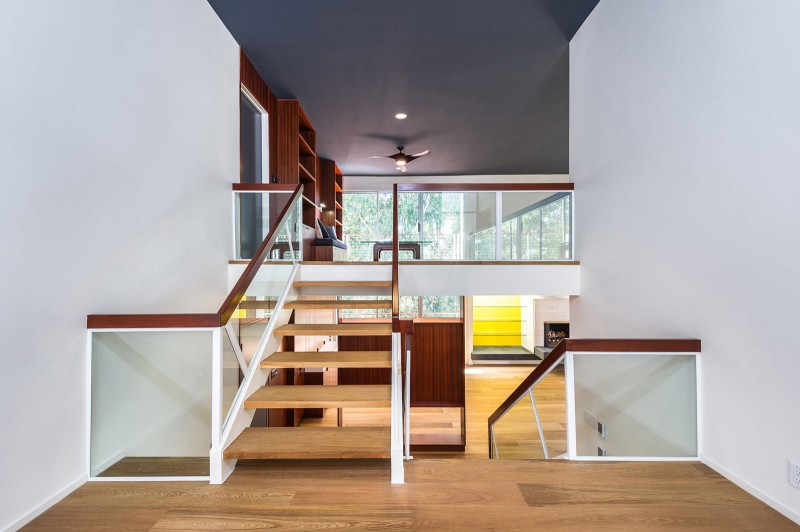 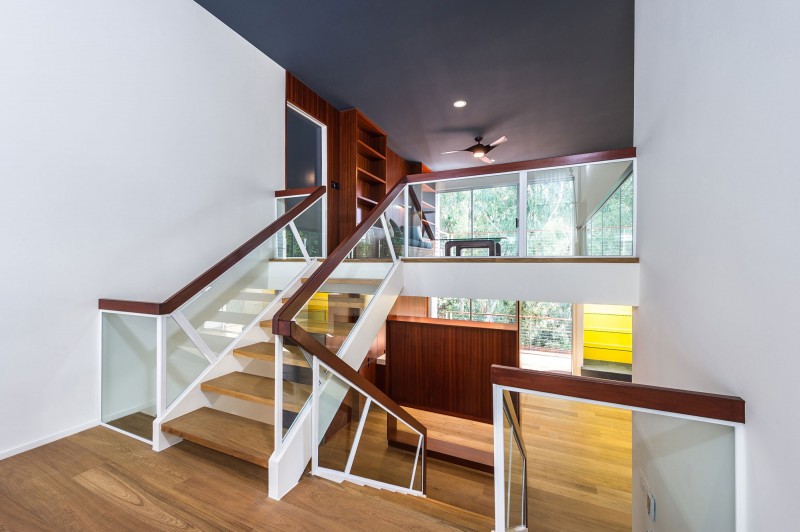 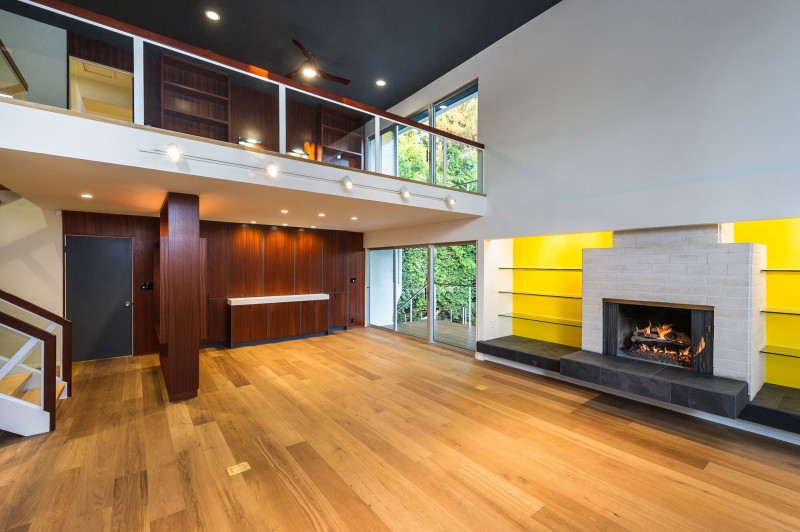 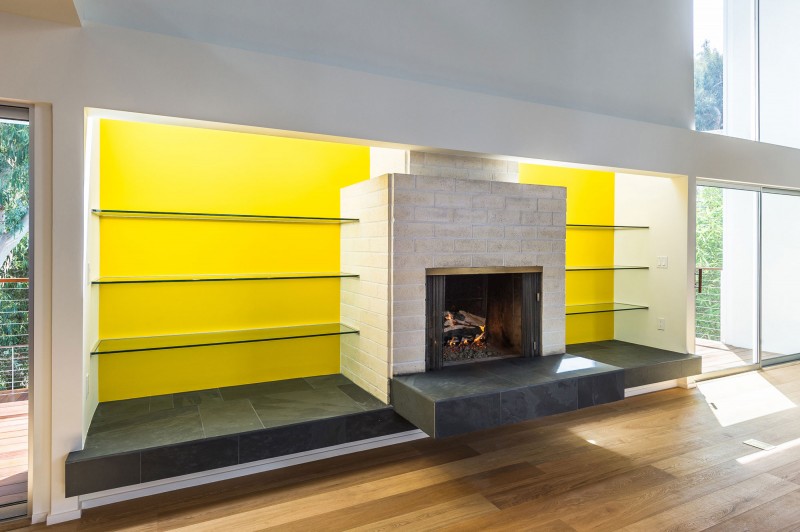 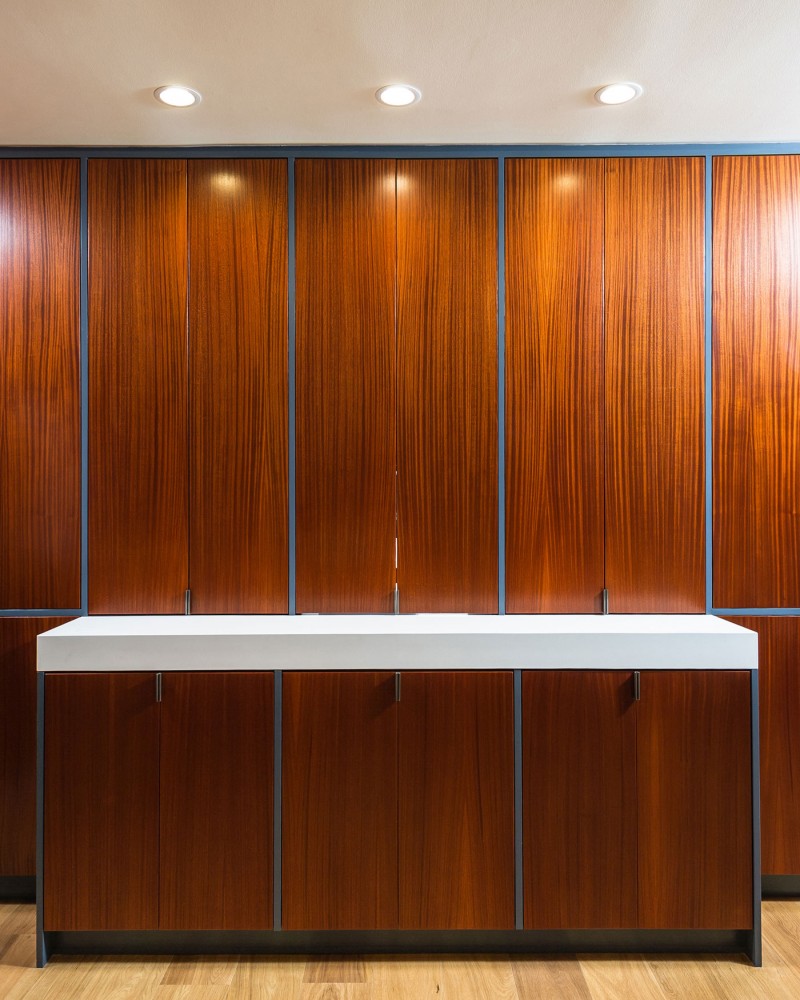 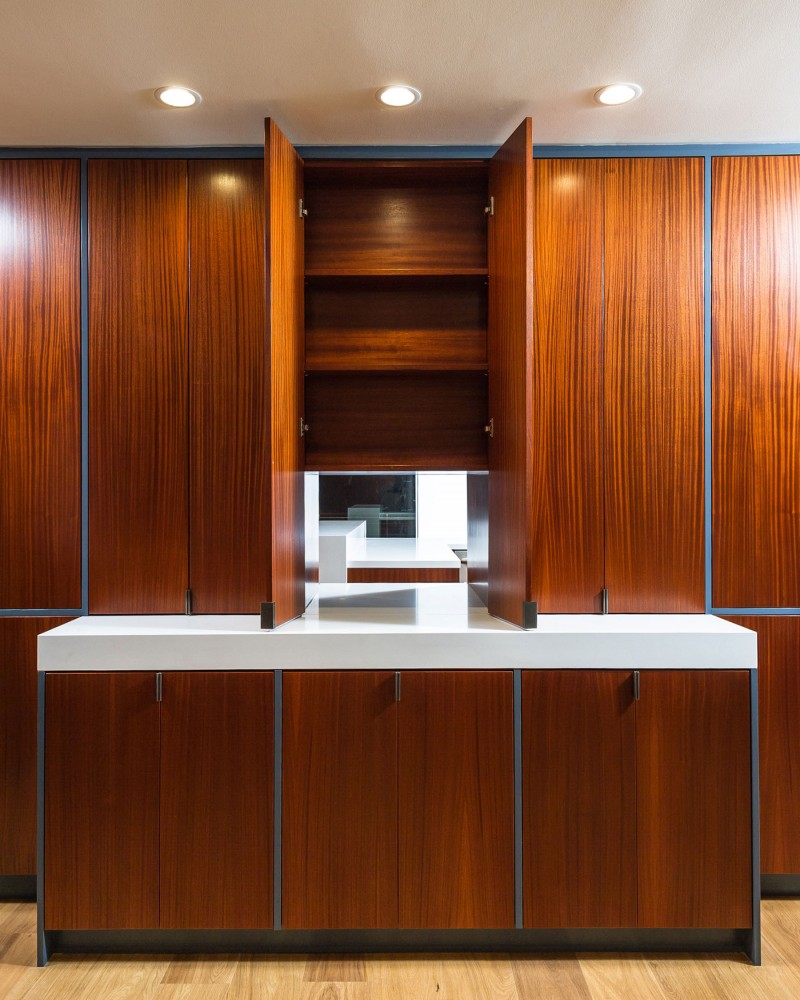 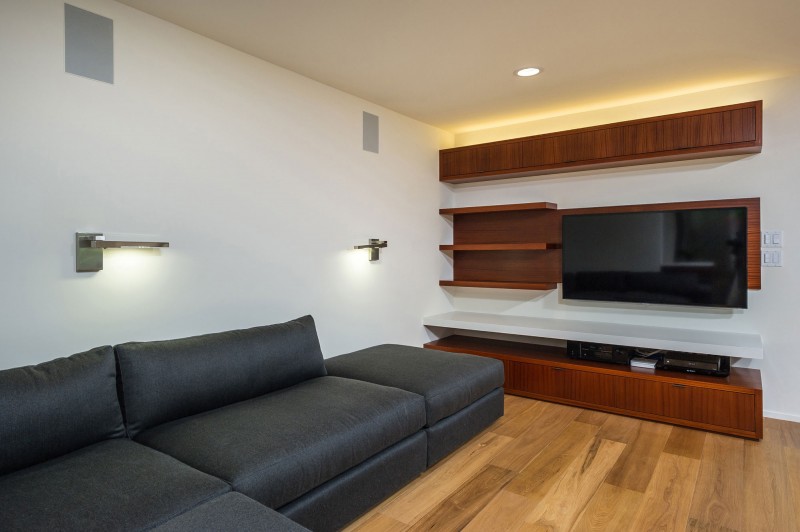 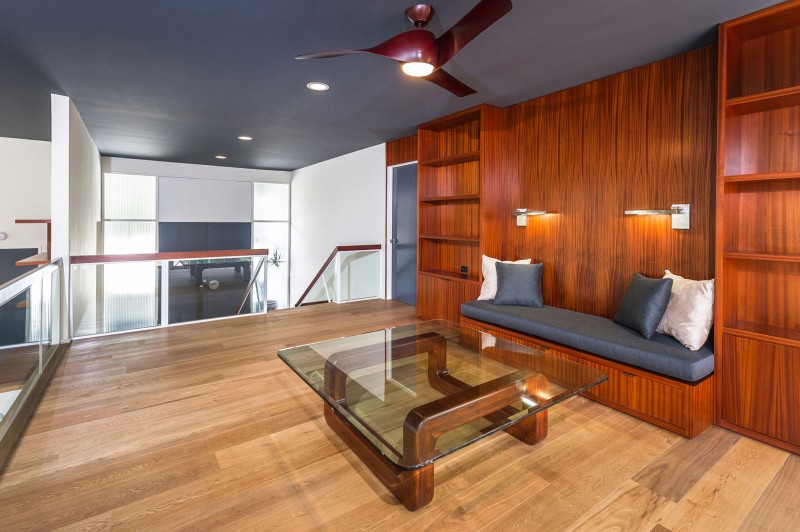 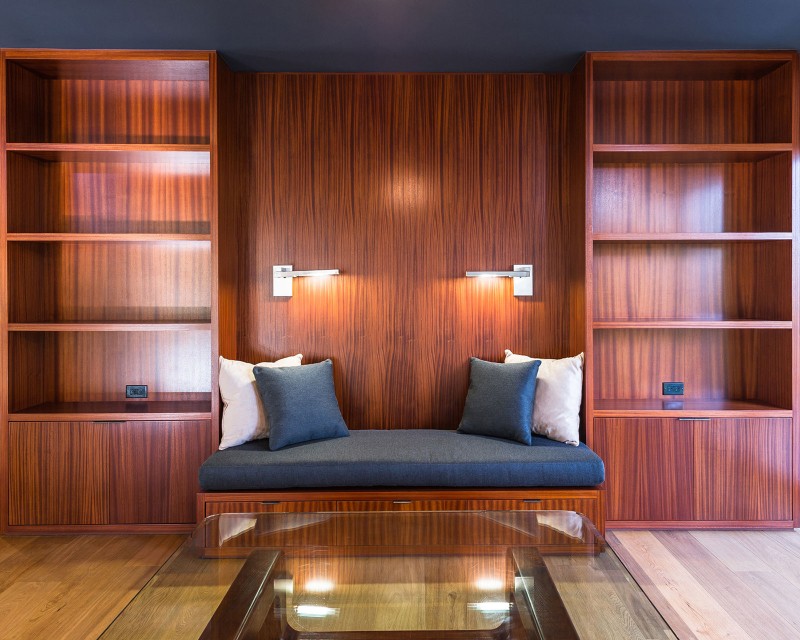 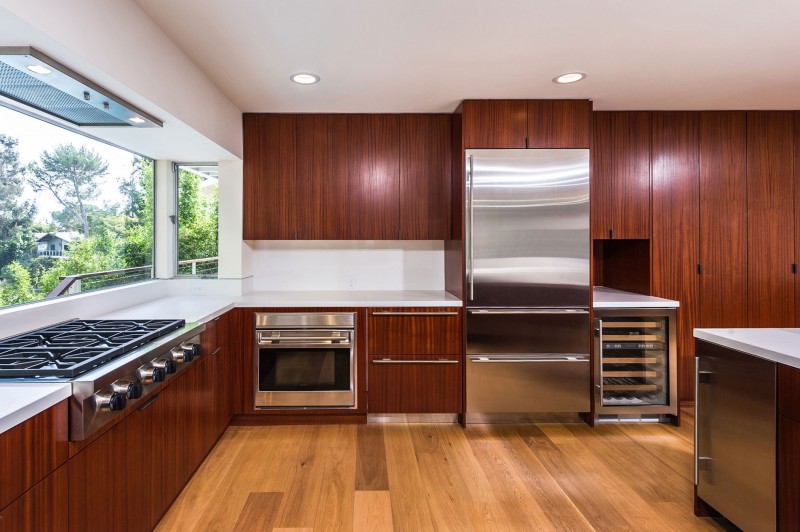 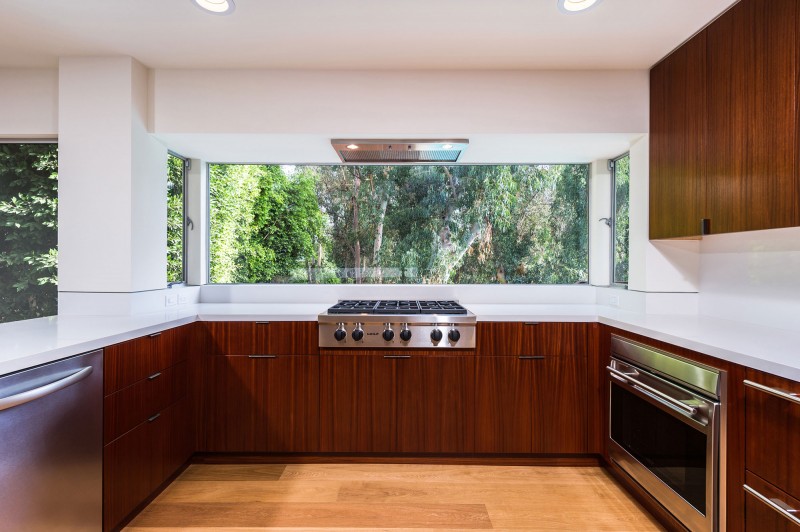 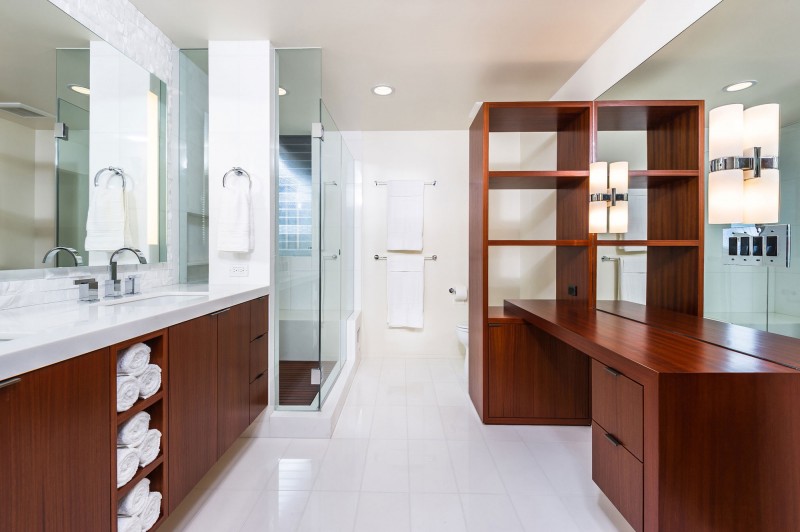 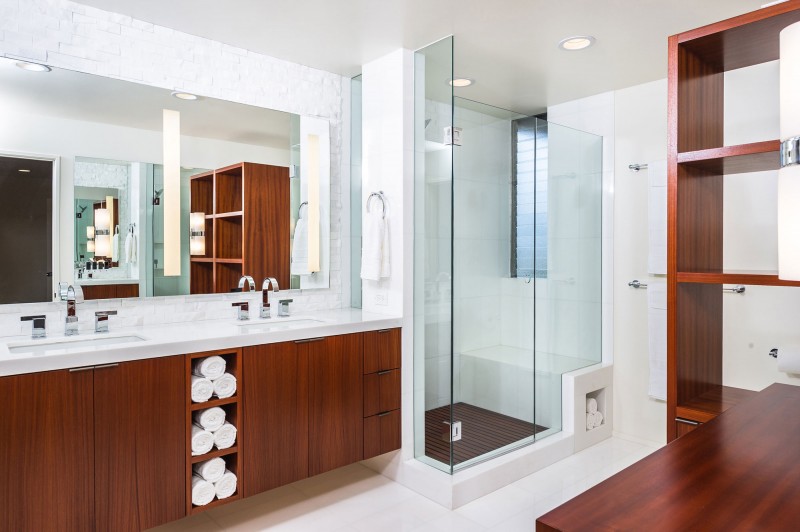 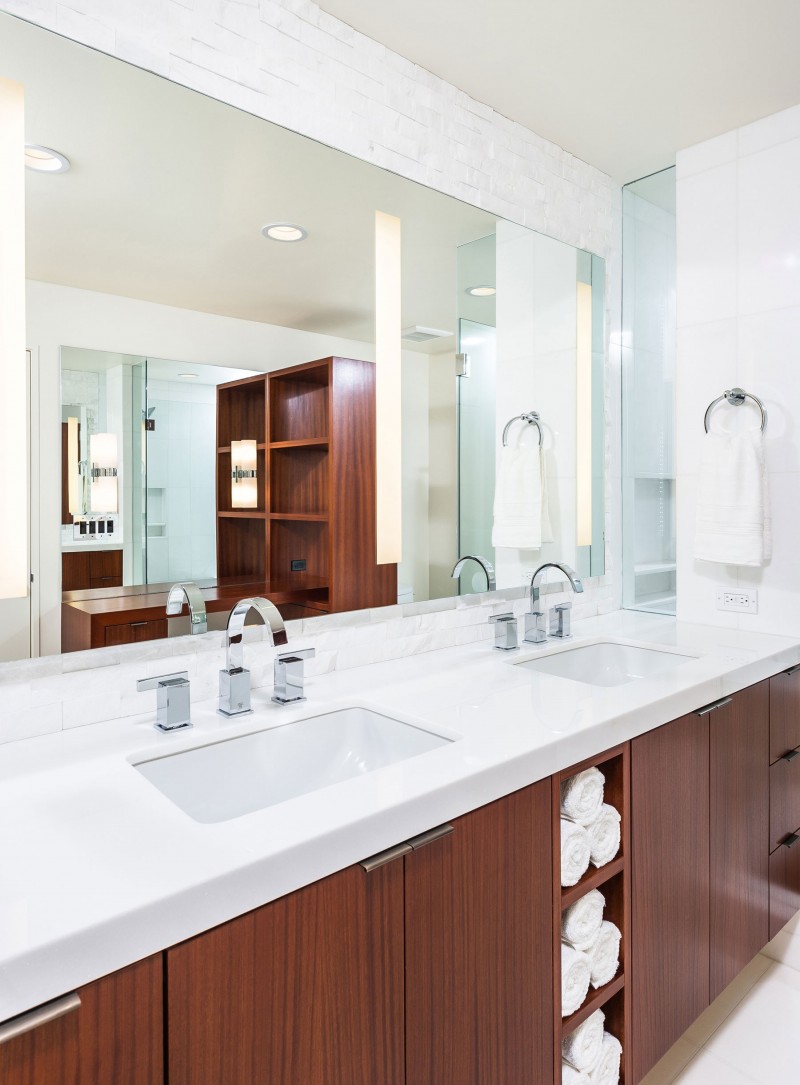 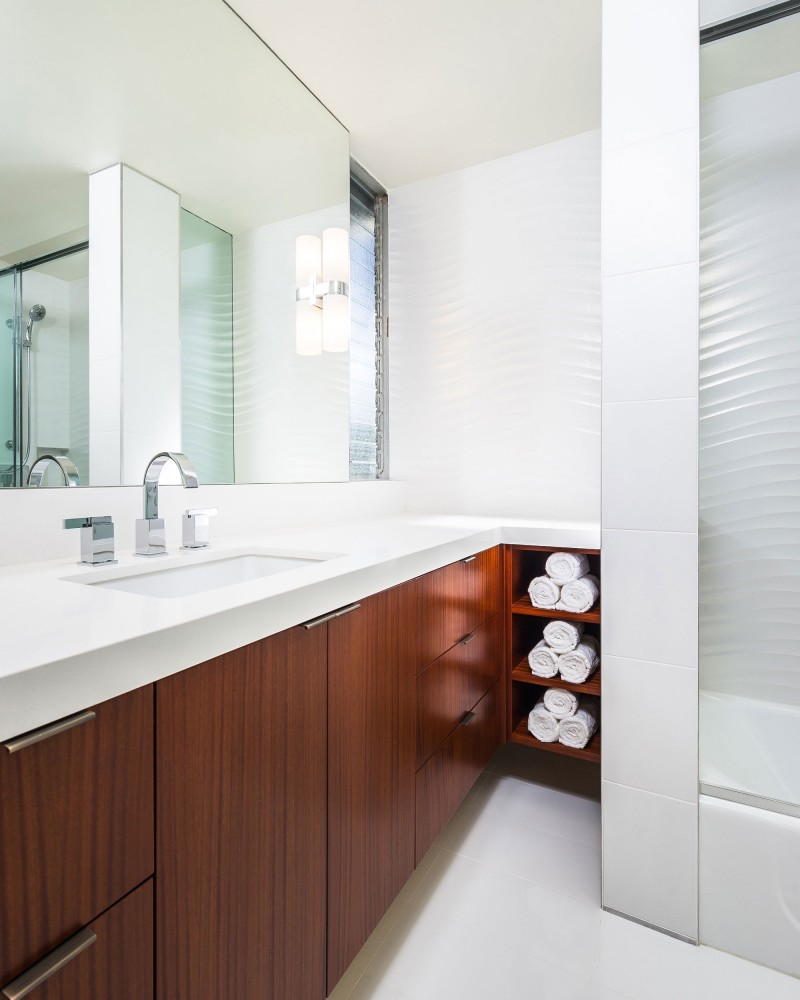 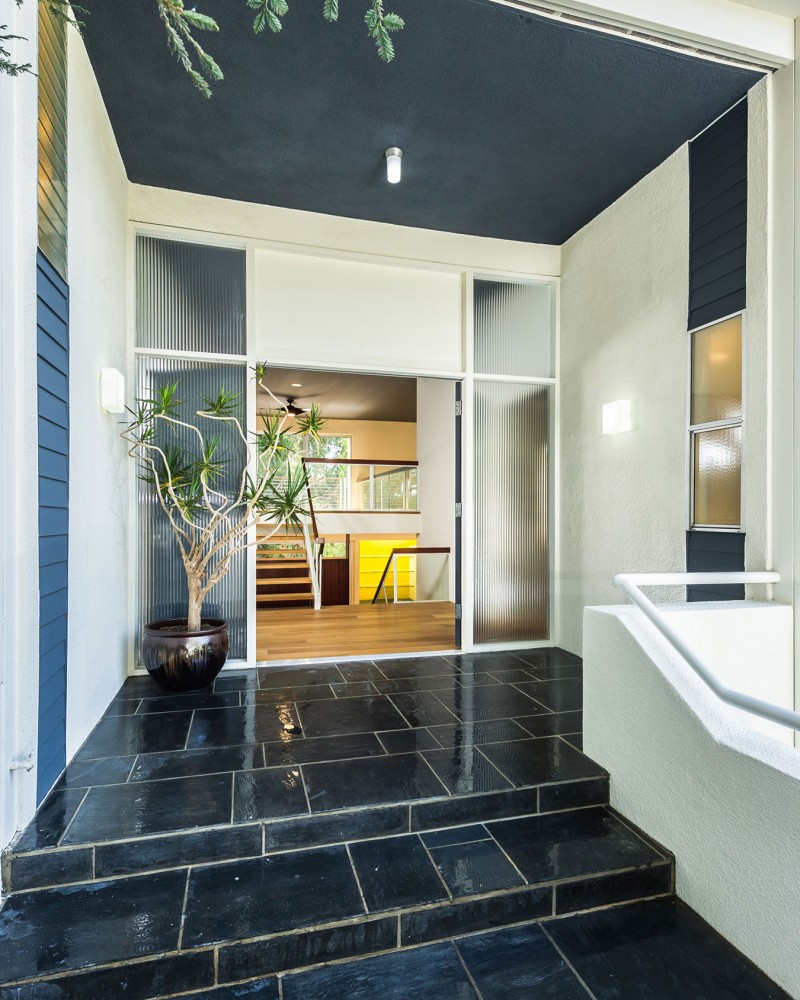 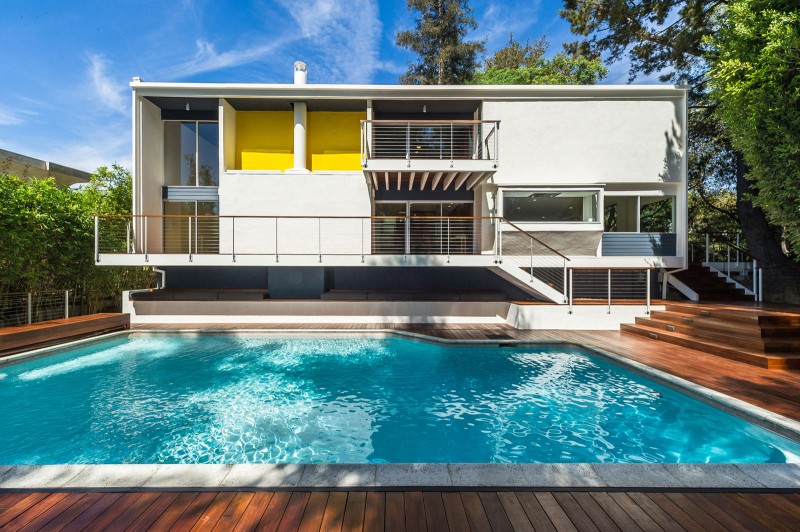 The Kearsarge Residence is a major renovation of the 1968 M.G. Residence by the Romanian-American mid-century modernist architect Haralamb H. Georgescu.
The challenges of working on a historic architectural home is one filled with a unique set of choices. These choices arise from questioning what makes the house important as well as what elements deserve to be preserved and what can be changed to make the house comfortable and livable for years to come.
We don’t live today the way we lived forty five years ago and we will live differently forty five years from now. The goal was to honor Georgescu’s work by restoring the house to it’s true character where appropriate as well as updating the house in keeping with the original design spirit.
We began working on the house after decades of wear and tear as well as modifications by subsequent owners. For example, the open sight lines that are characteristic of Georgescu’s work was interrupted by an owner closing off of the office wall to create an additional bedroom. One of the first tasks was opening up this wall back to it’s original intent, so there is interaction between three levels: The Office, Loft and Living Room.
As we began to peel back layers of the existing building during construction, we discovered that the ceiling of the main space had a rich blue-grey tone that was simply painted over in white. With the uncovering of more elements, it was determined that the original architect extended this colored ceiling from from the Living Room to the the outdoor soffits, creating an indoor-outdoor effect when standing in the space.
Taking cues from the the original cabinetry, all casework was re-created in mahogany wood. The Dining Room Cabinetry was restored to the original details while most other areas used more modern detailing, but within the same language as the original design. Throughout the process we were constantly asking ourselves “What would Georgescu do today?” Picking up on the original white oak used on the stair treads, this became the species of choice used throughout. The new wood floors replaced large expanses of purple carpet and checkered linoleum.
On outside, a deteriorated wood decking was replaced with ipe wood while the wood railing posts and metal mesh was replaced with steel posts and a cable rail system. Under the ipe guardrail cap, an LED rope light gives a pleasant glow to the deck for evening and night time entertaining.
© Kurt Krueger Architect 20