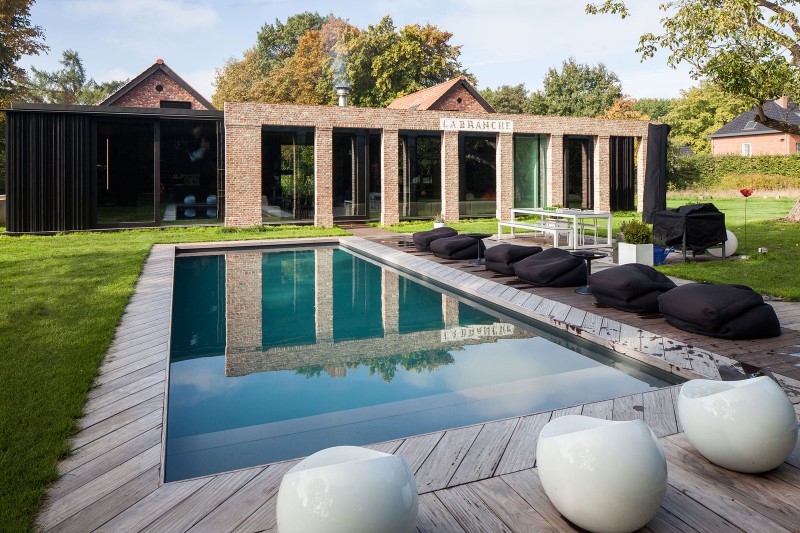 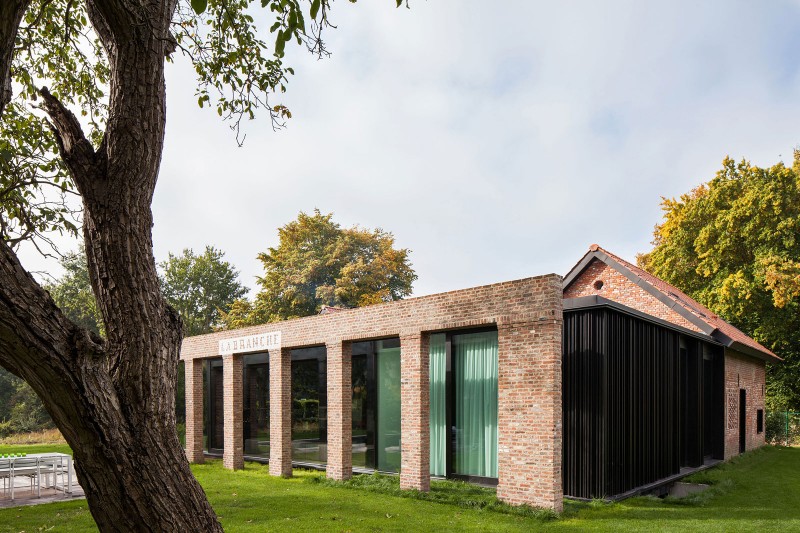 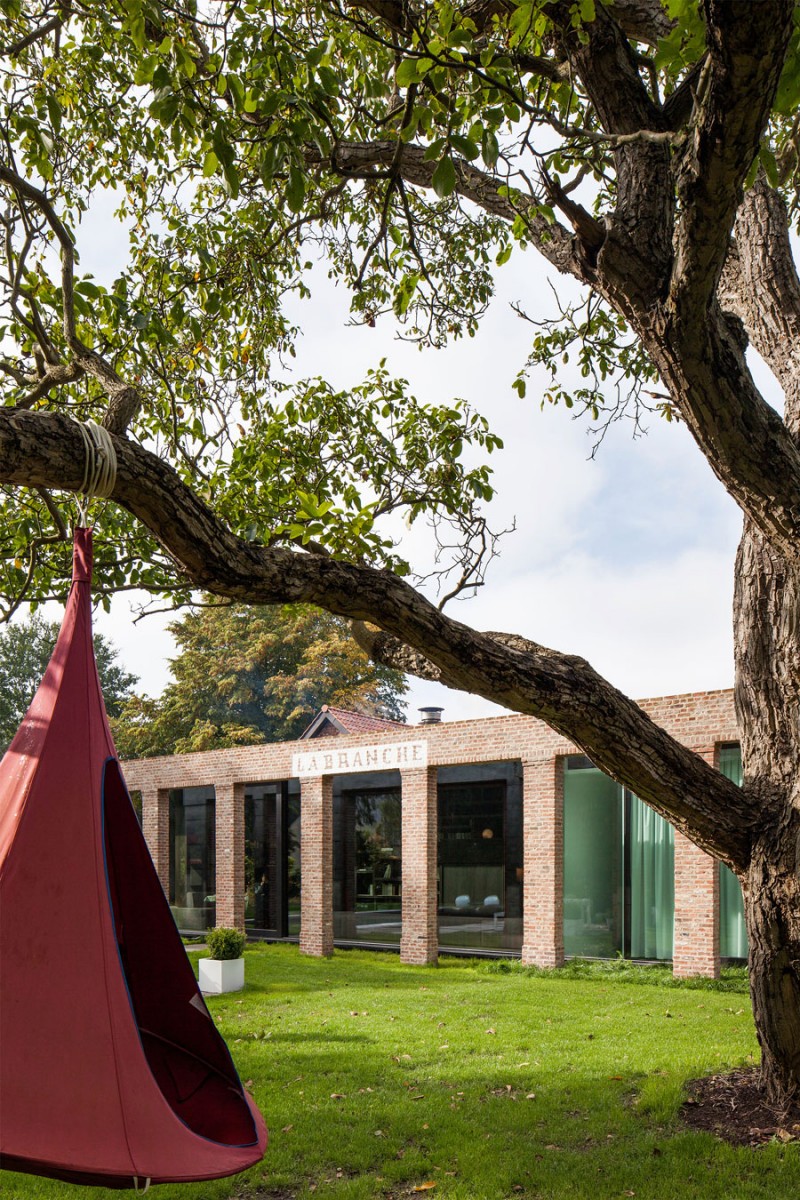 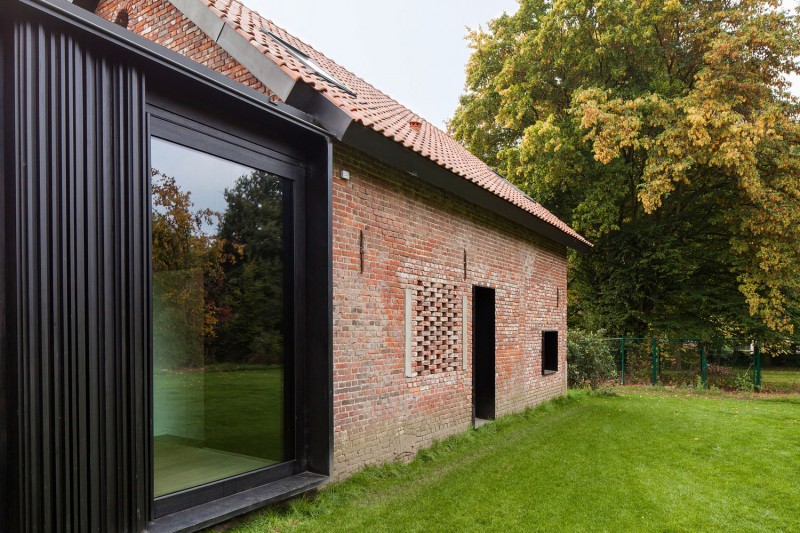 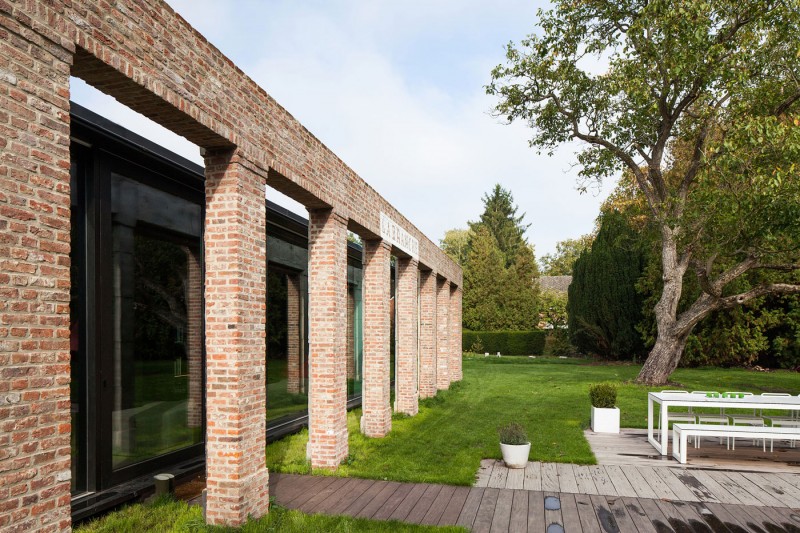 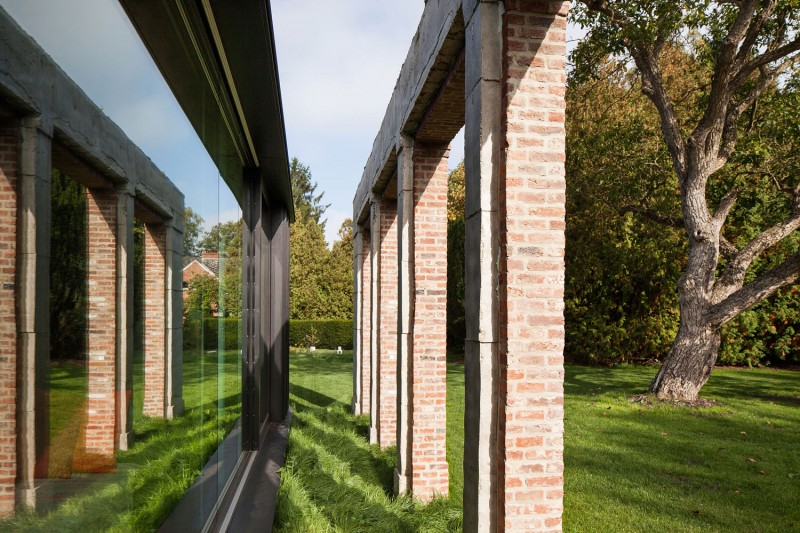 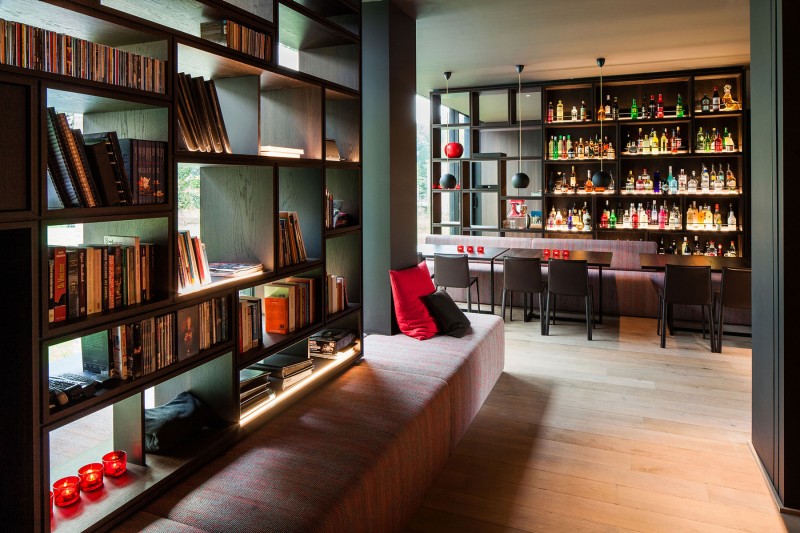 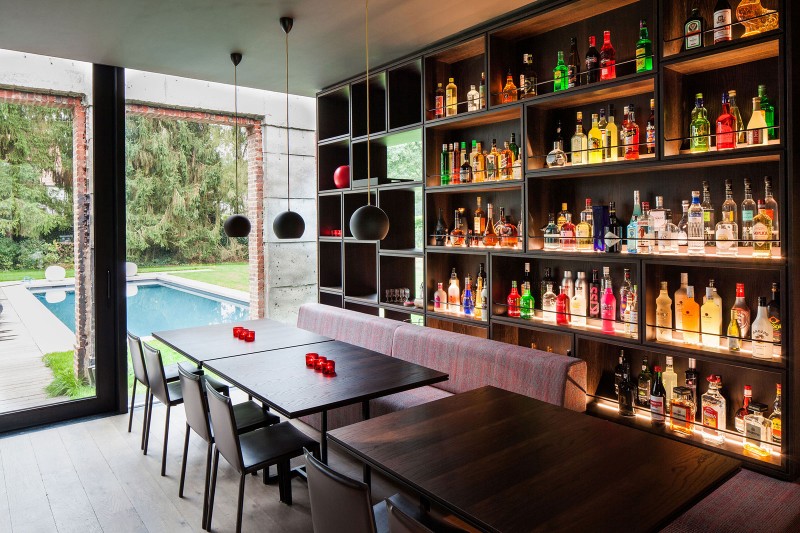 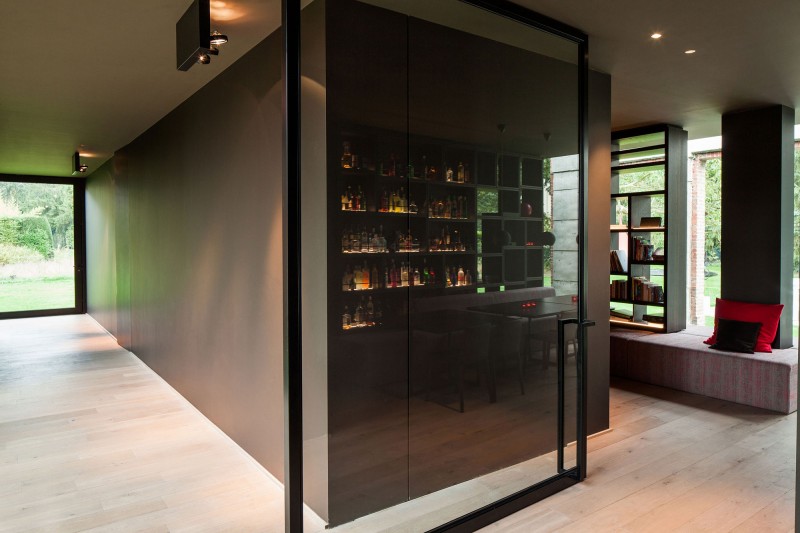 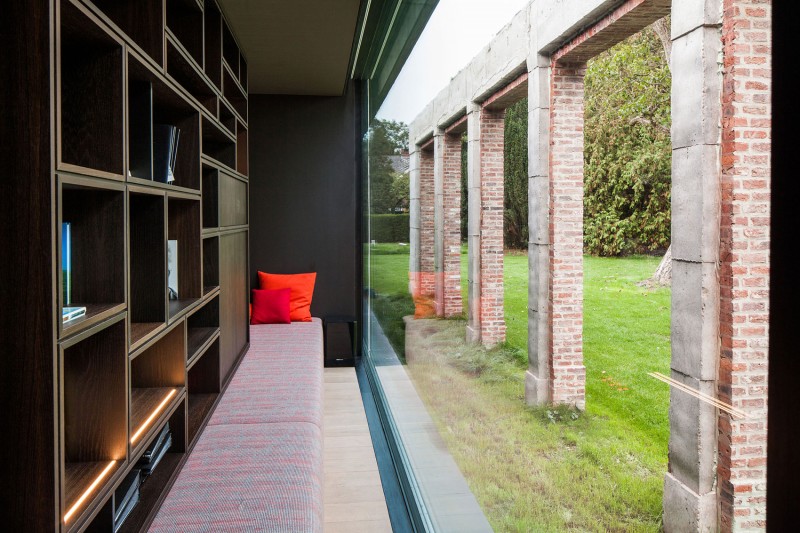 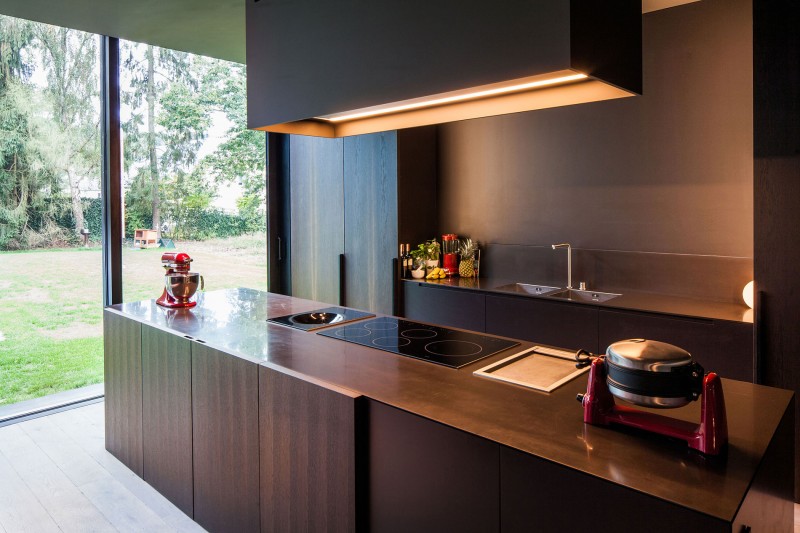 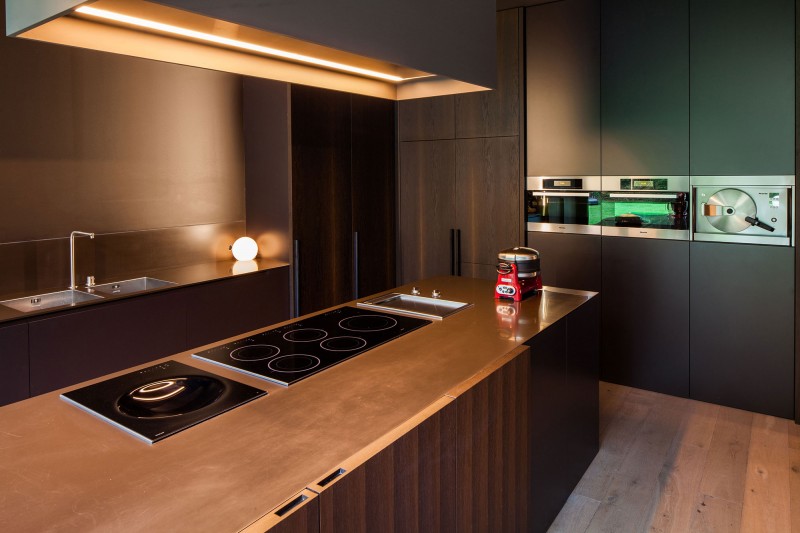 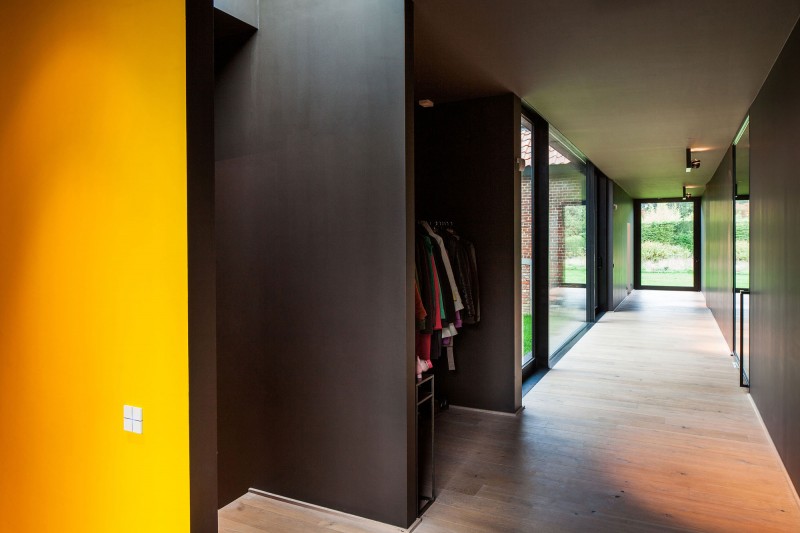 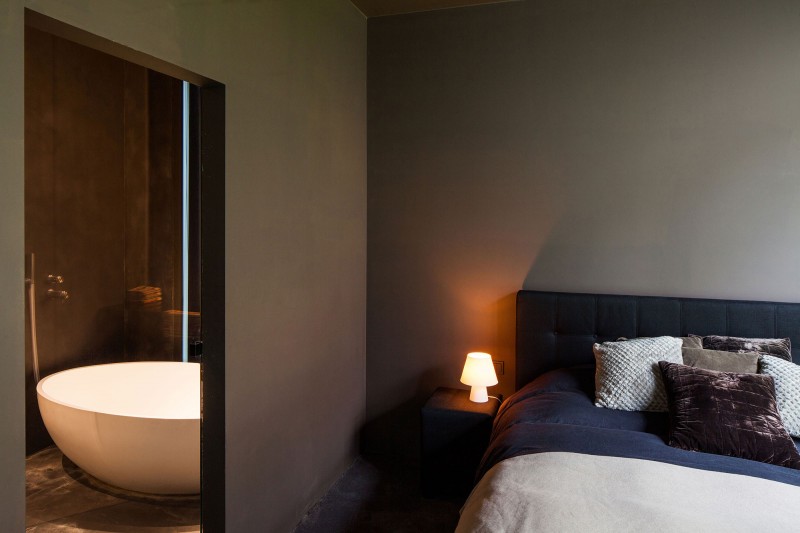 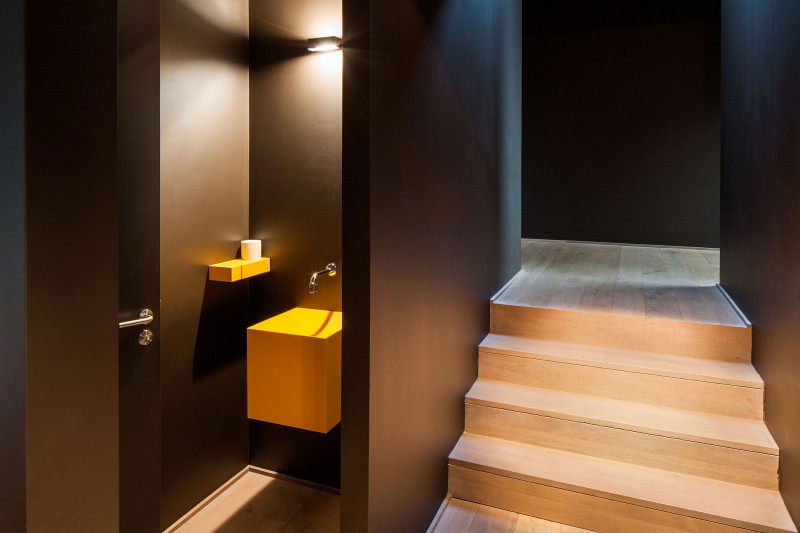 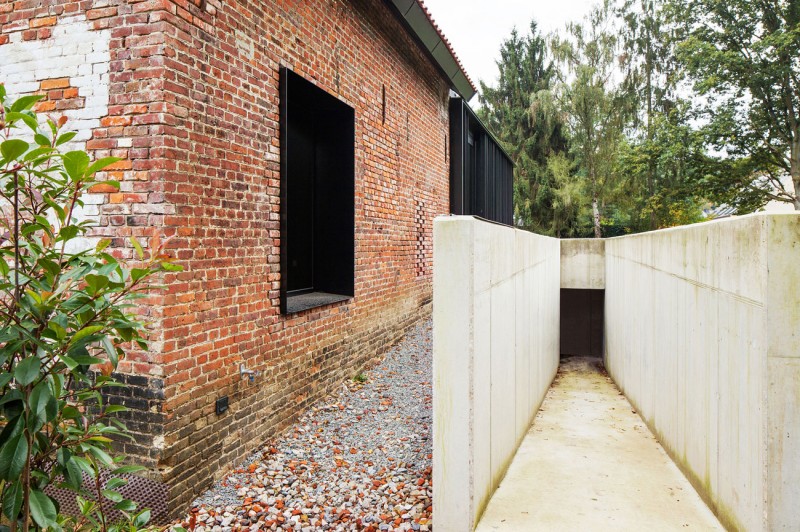 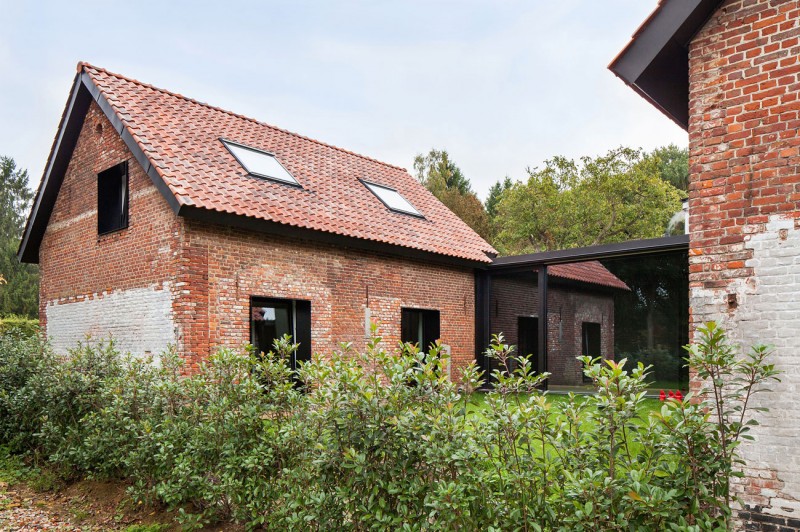 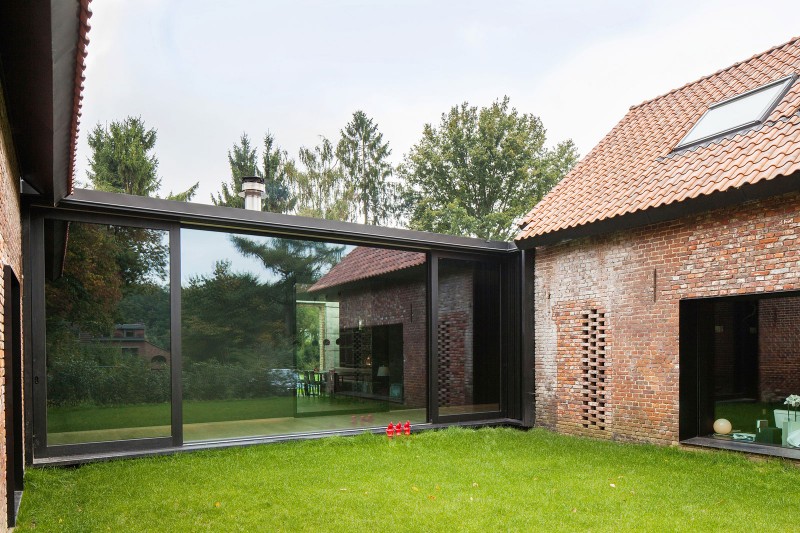 The new part is a sober black canvas looking at the garden from behind the old walls. In several places remnant parts of the old walls are kept as garden elements, an aspect that strengthens the atmosphere.
When you walk through the house you feel continuously that you are in a nexus between old and new.
The project consists of the renovation of an old resting place for hunters in the woods of Heverlee (Belgium), transforming it in an comfortable and modern dwelling for a family with four children. One of the three wings of the U-compositions was removed except of the facade wall, which remains with the name that gave title to the old refuge and now to its renovation “La Branche”.
The sides made of brick contain the private rooms of the family meanwhile the dark volume accommodate the living and the kitchen in permanent connection with the pool and the outside garden.
The dark colours of the interior design contrast with the high brightness that gets inside through the large windows.
Photographs: Thomas Janssens