Float House is a private residence designed by Pitsou Kedem Architects and is located in in Tel Aviv, Israel, this contemporary house covers an area of 5,920 square feet (550 sqm). 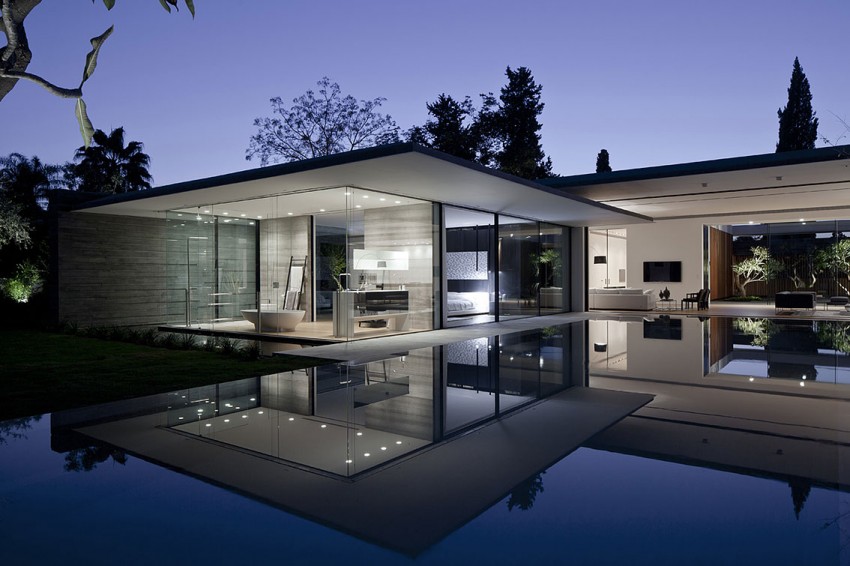 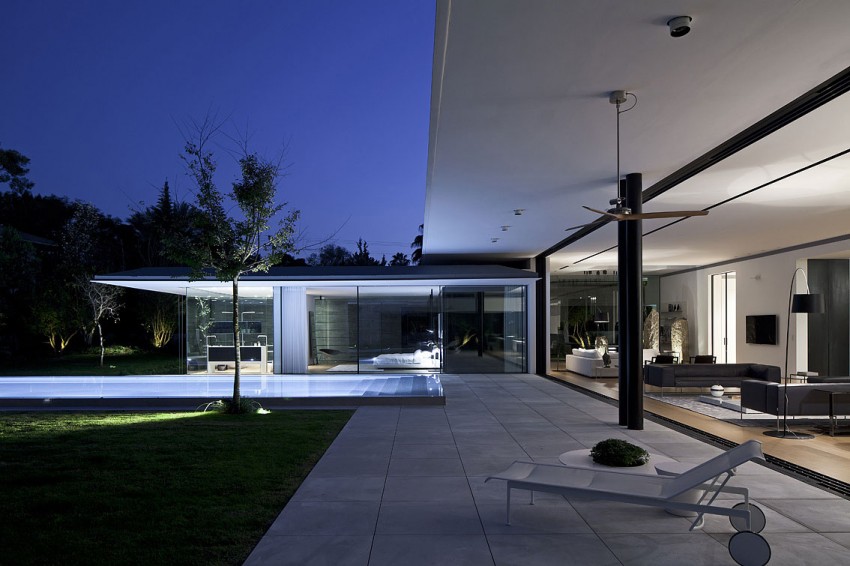 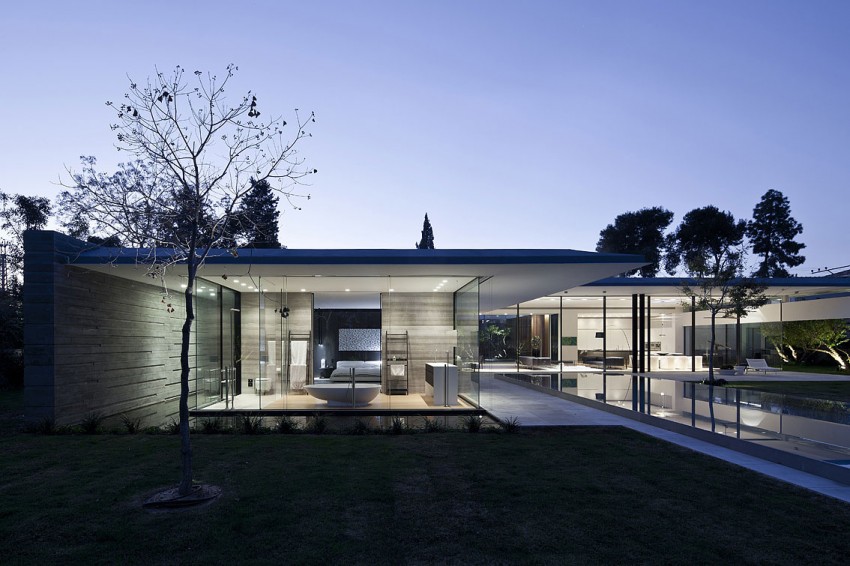 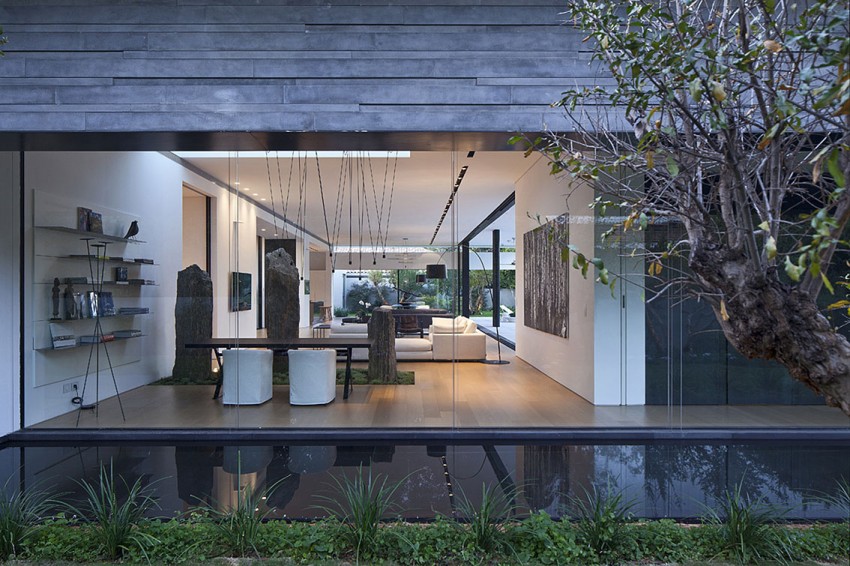 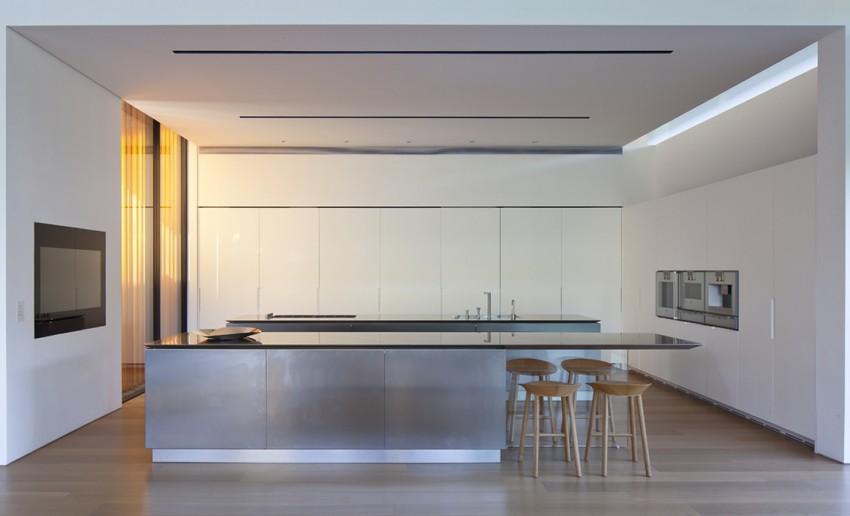 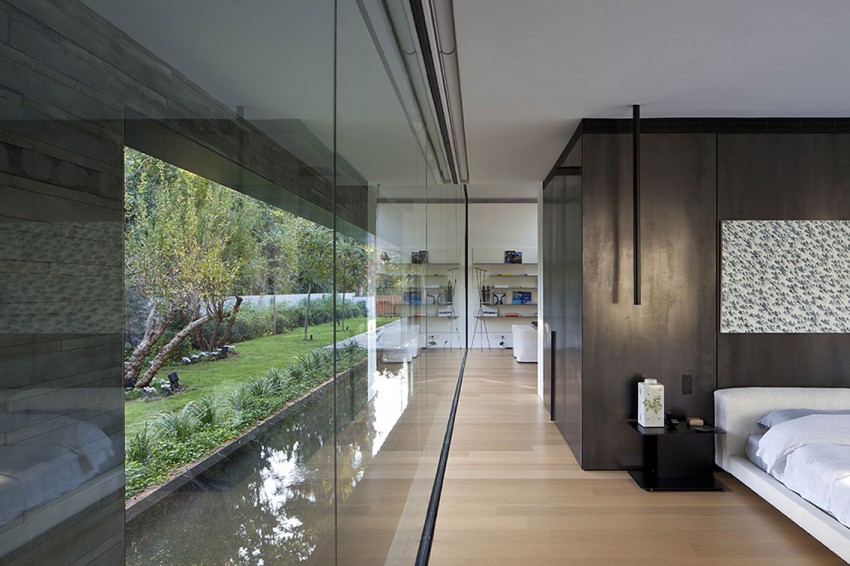 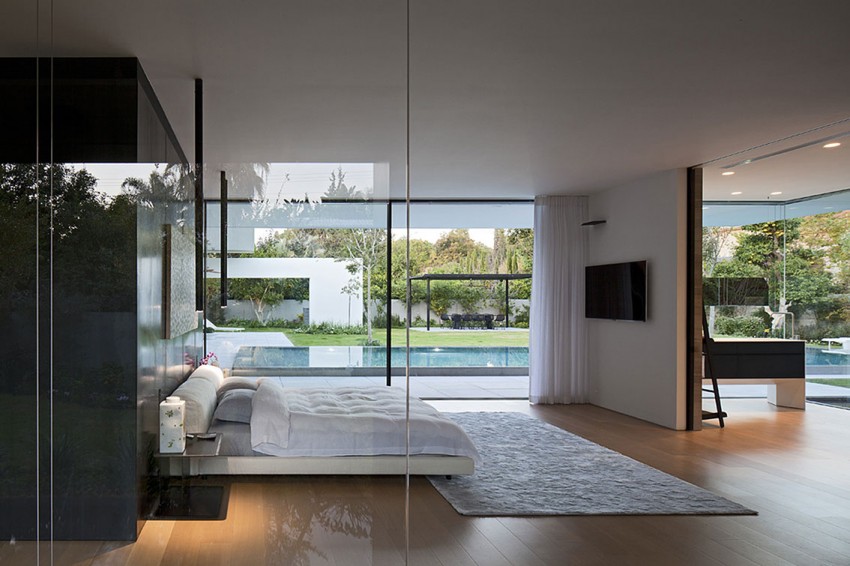 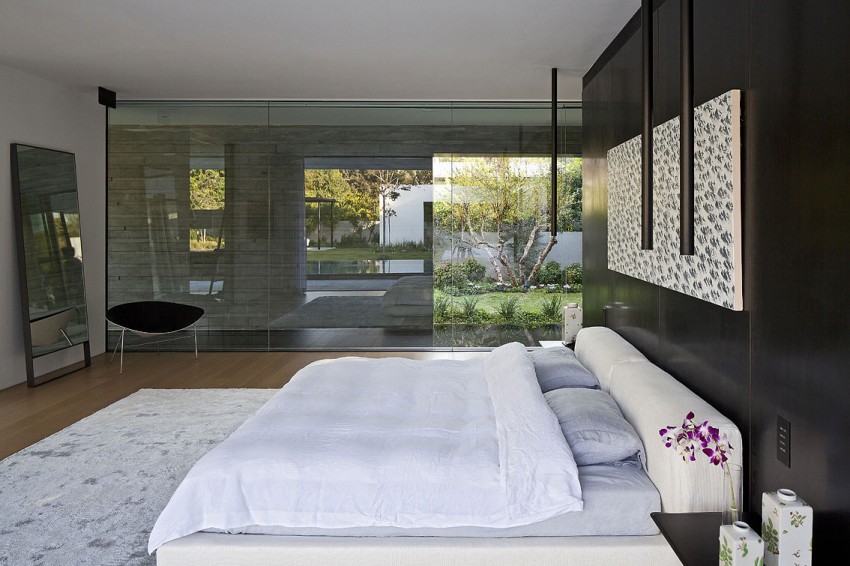 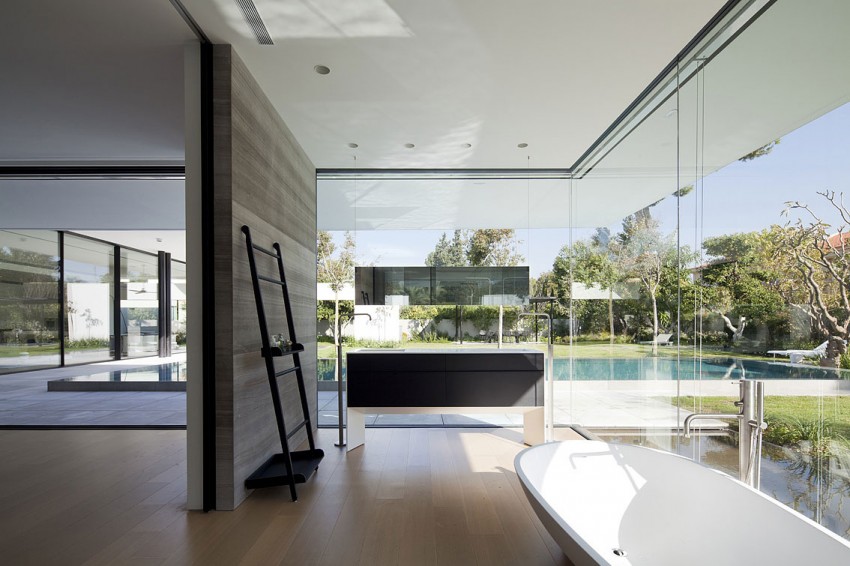 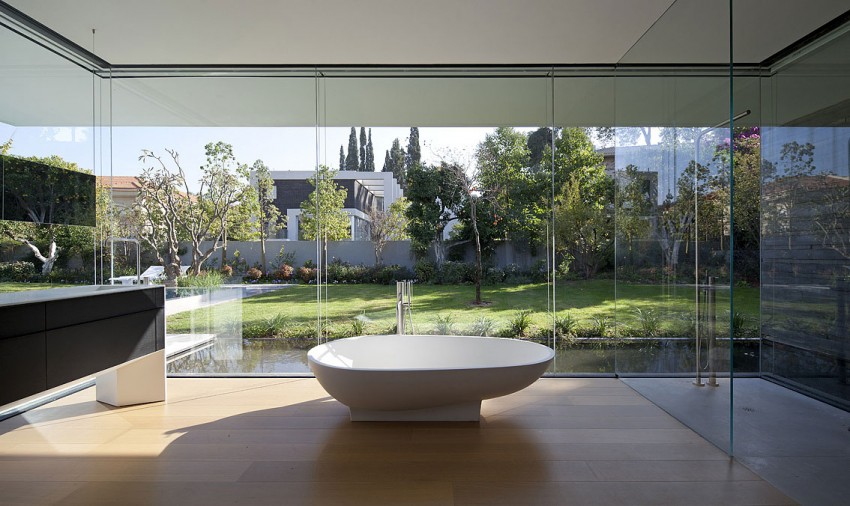 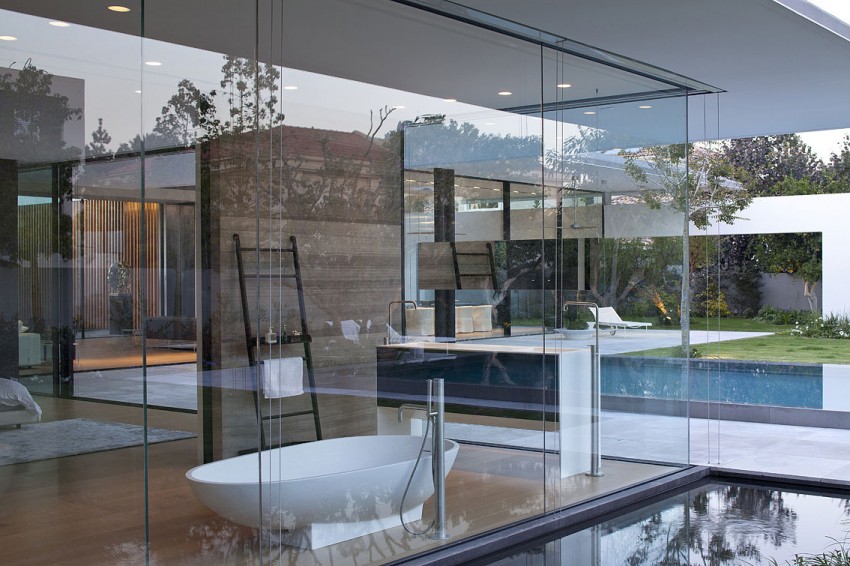 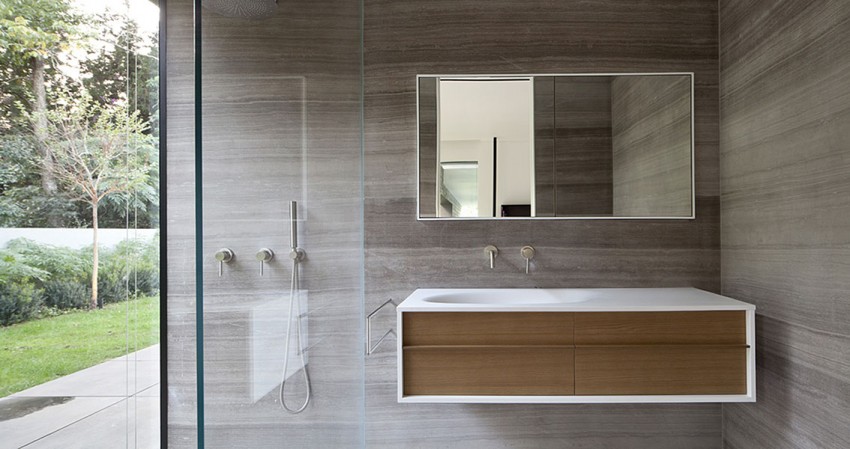 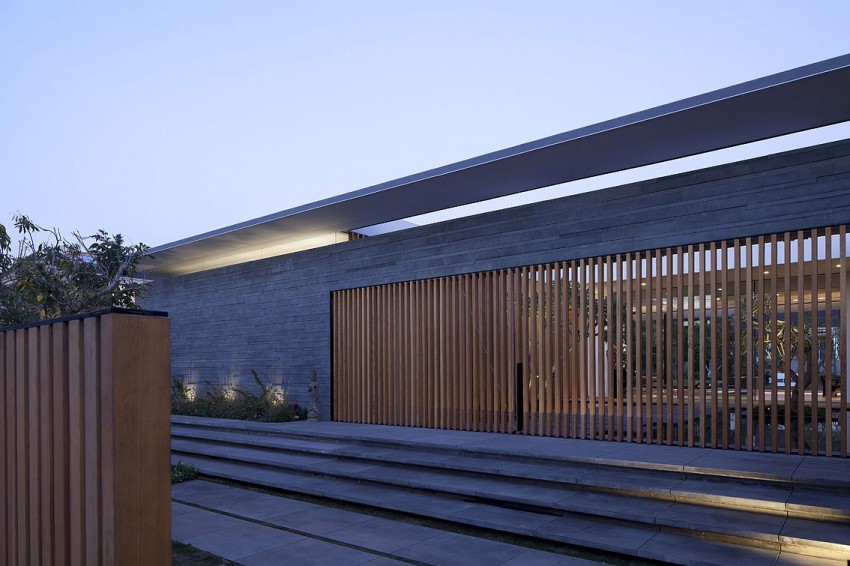 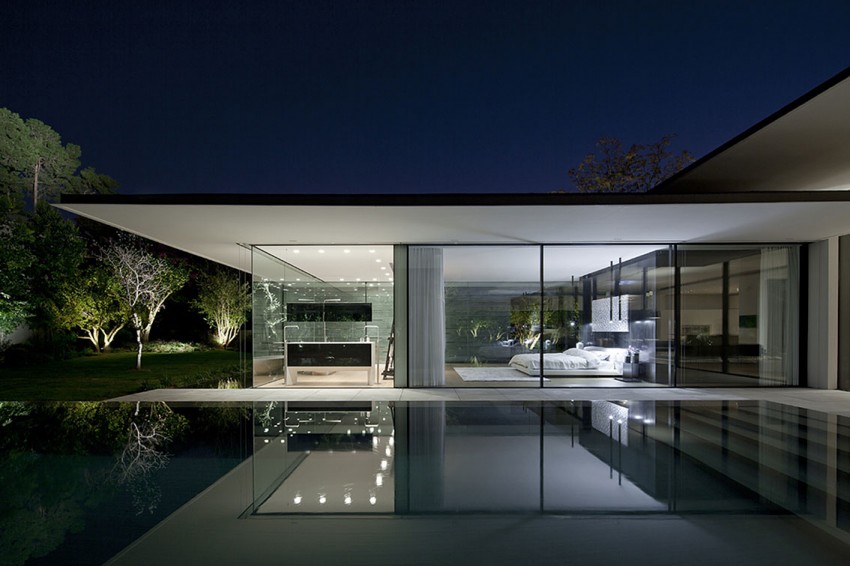 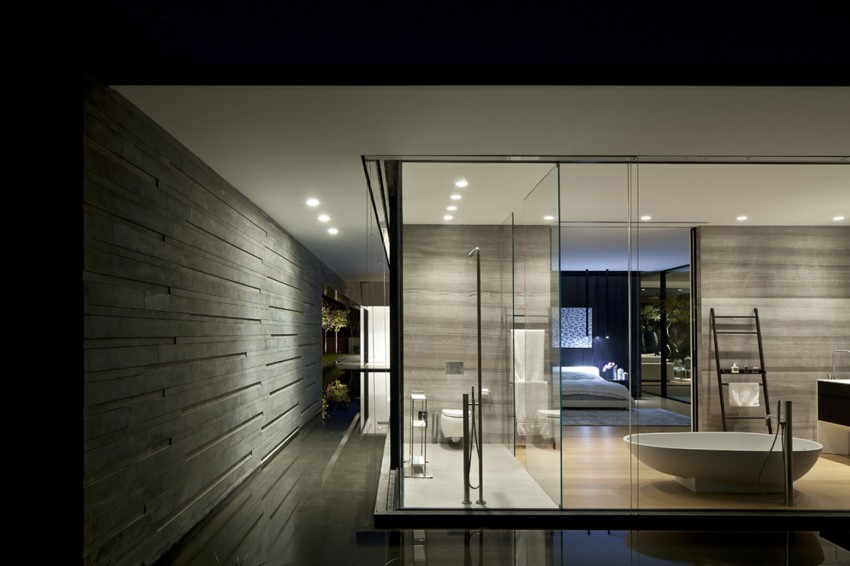 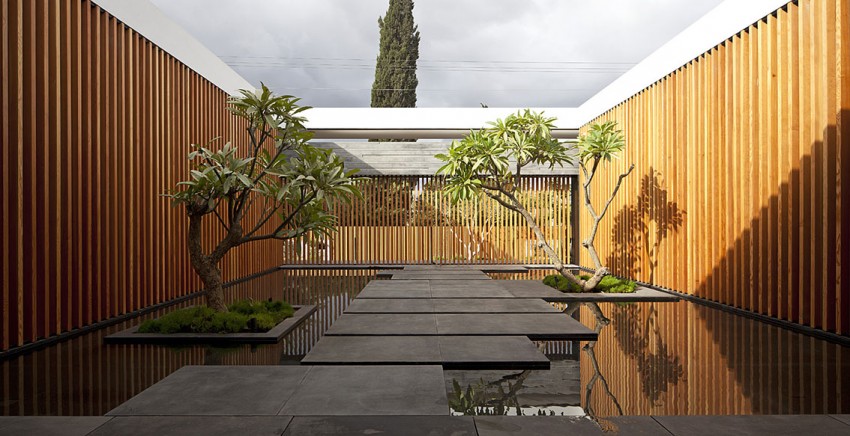 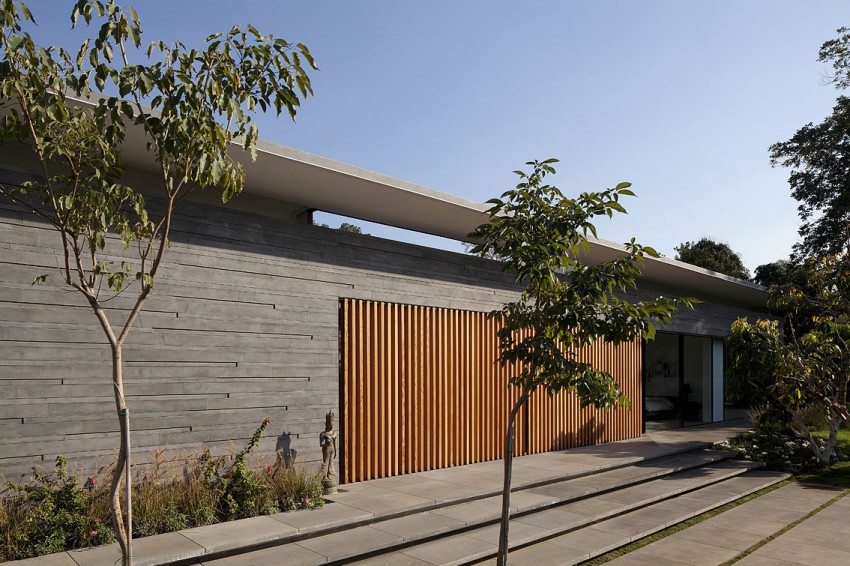 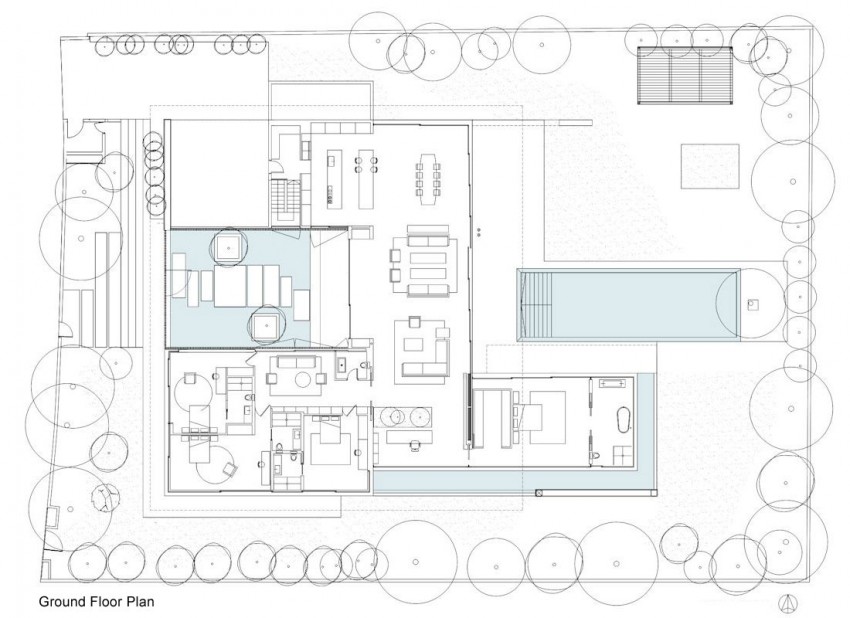 A one story, private residence in the center of the country. The architectural concept was to create a structure with a continuous, wide space, divided by internal courtyards and movable partitions into smaller spaces used for a variety of different functions.
The different spaces and internal courtyards are joined together are joined together into one structure by two, ultra-thin roofs supported at one central point so that seem to float in the air. The two roofs merge, one into the other and extend for five meters over the building front walls. The entire roof is constructed from lightweight materials and, in order to provide a thin, wispy look at its edges, it is constructed with a moderate slop towards its center.
The structure itself is constructed from a series of spaces that are conceivably internal and conceivably external spaces. The entrance is framed with a wall of wooden slats which constitute what could be considered the initial boundary between the outside and the inside.
When entering the space, we pass through a space resembling an entrance lobby – again, conceivably internal and conceivably external – which embodies the soft seam between the outside and inside areas.
Whilst walking through the entrance lobby space, we cross a transparent pool, studded with large basalt rocks and trees that seem to float on the water. As we enter the entrance lobby, we experience the illusion that the house is floating and being reflected, just as the roof appears to be floating above the structures walls.
A ribbon window running along the building’s facades serves to emphasize the roof floating above the structure walls and cancels out the feeling of mass that its size suggests.
A long, narrow reflection pool follows the structure’s walls, reflecting and emphasizing their covering and texture.
Photos by: Amit Geron