Chenglu Villa is a residential complex designed by gad in 2014 and is located in Lingshui, Hainan, China. The project is only 50 meters (164 feet) away from the beach, with the great sea-view as its most distinguishing character. 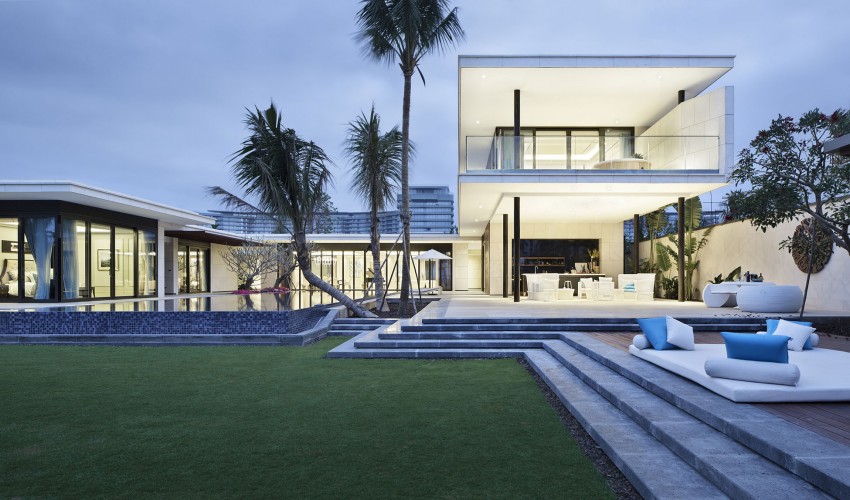 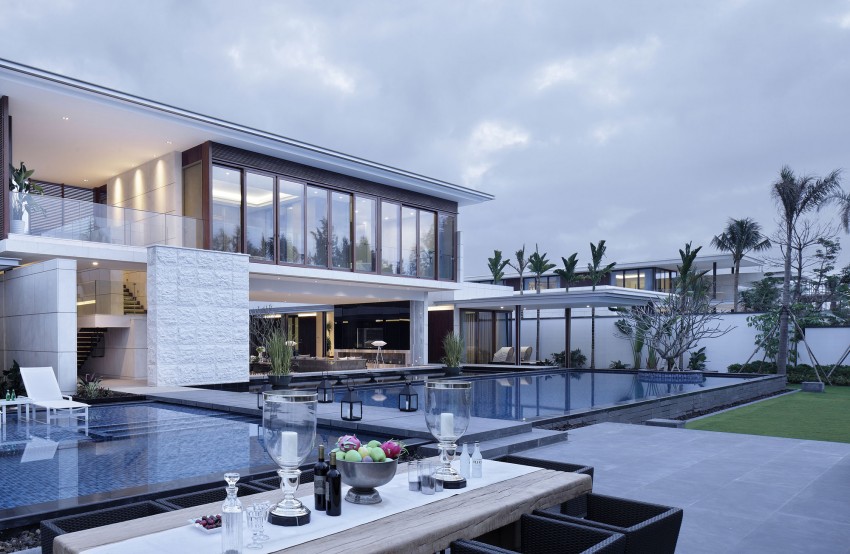 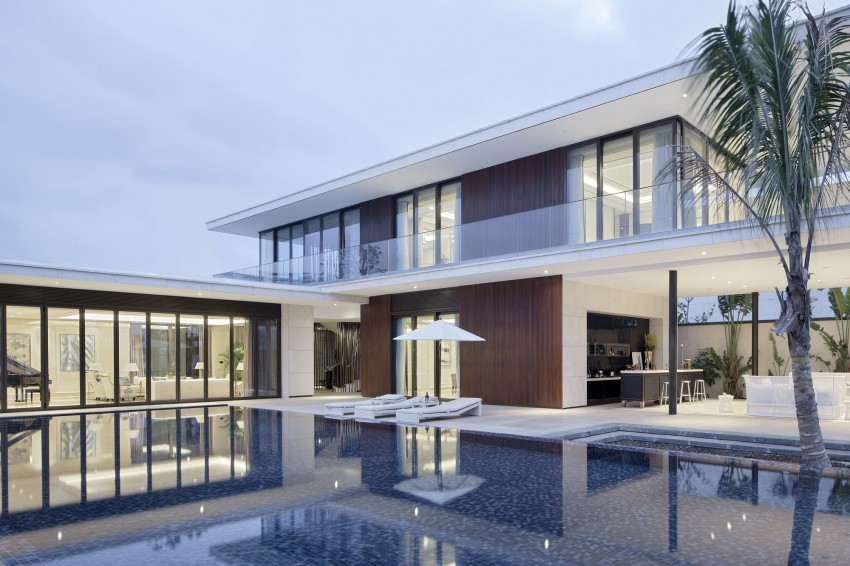 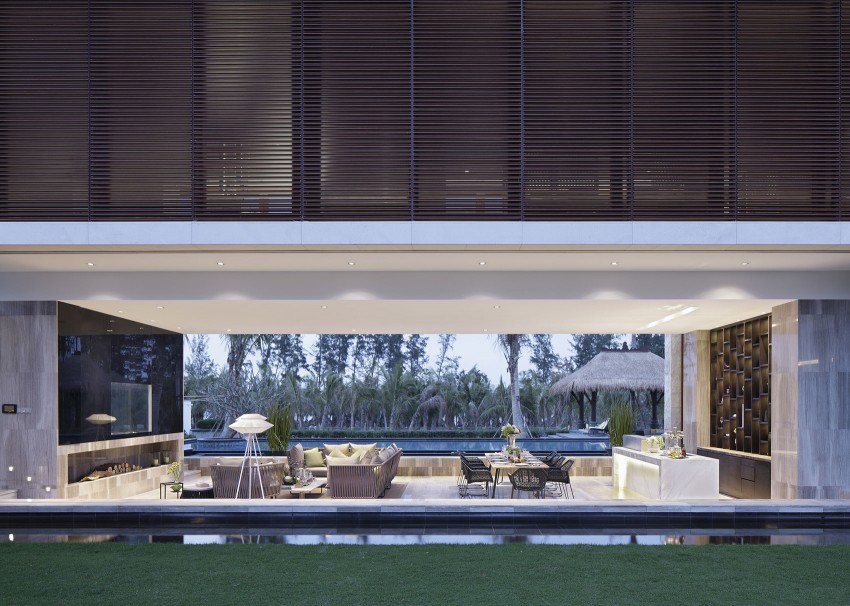 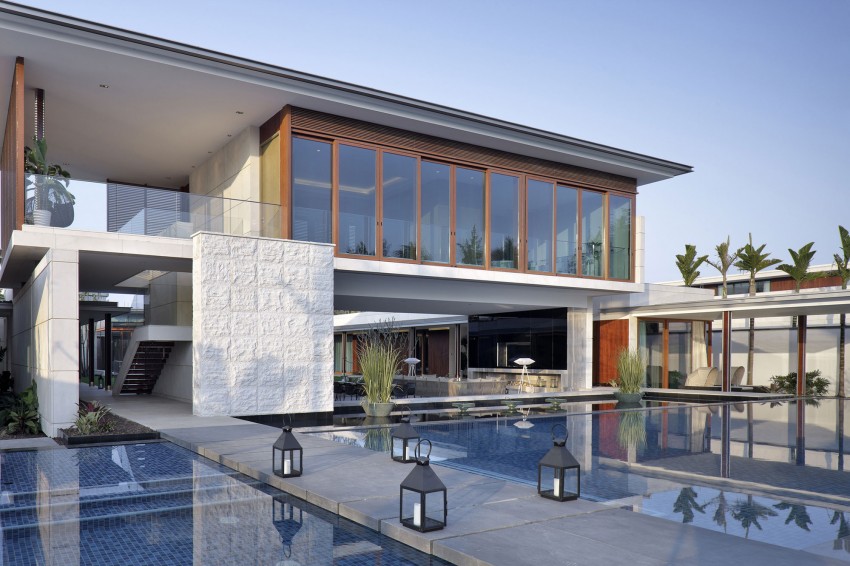 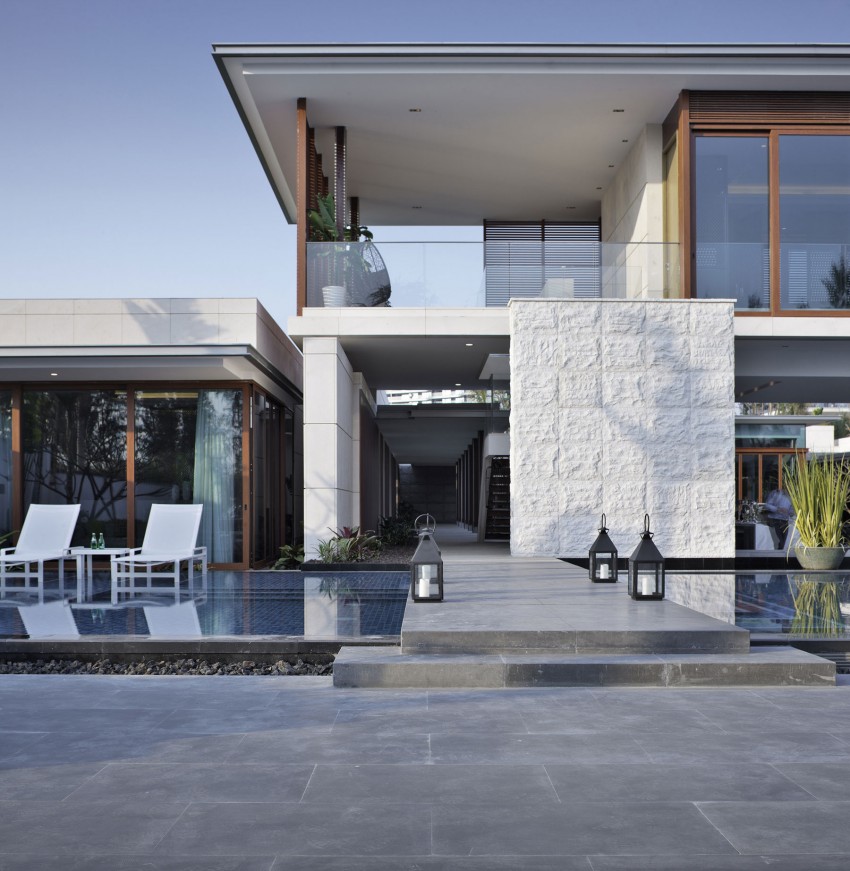 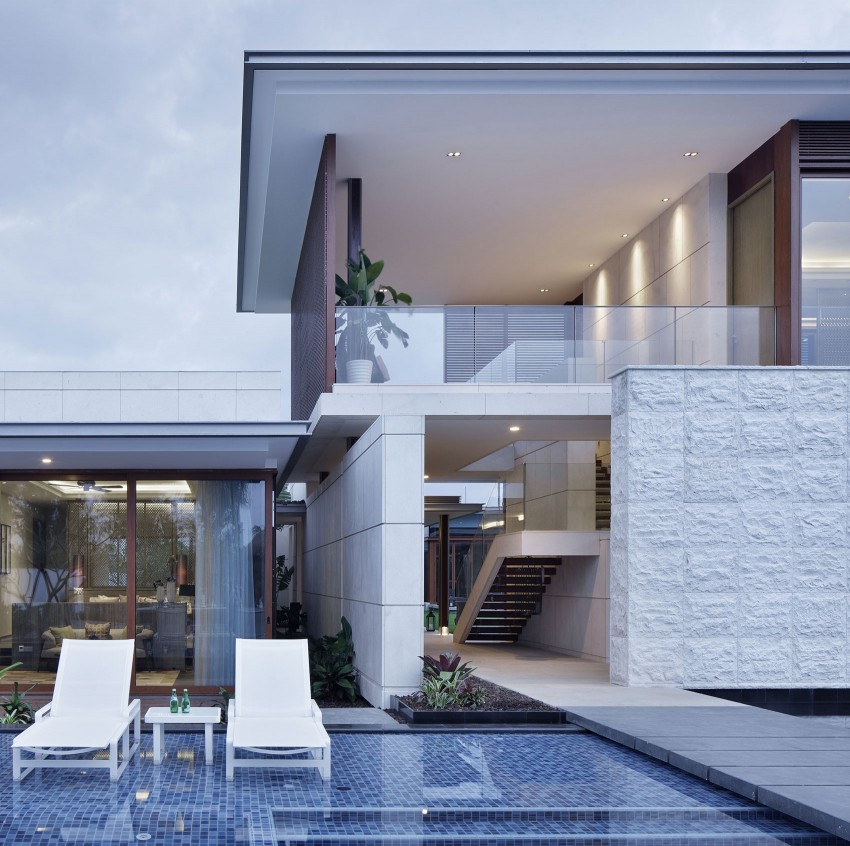 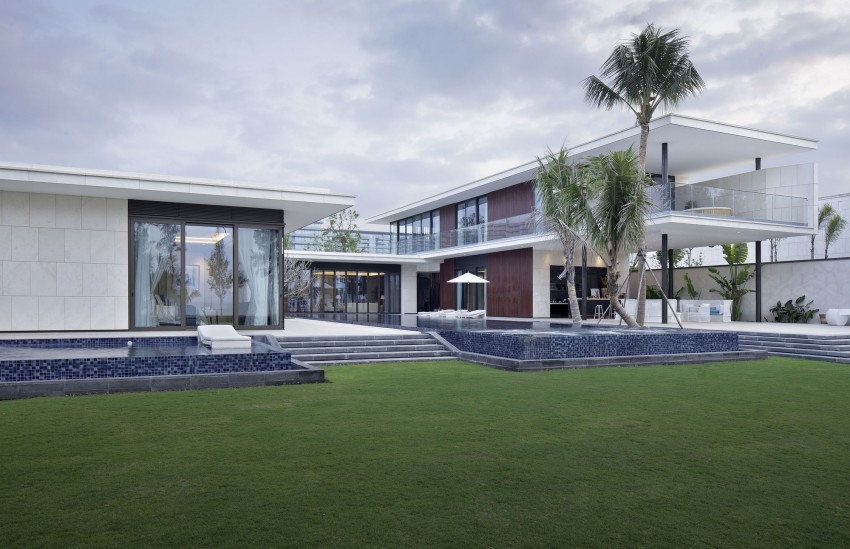 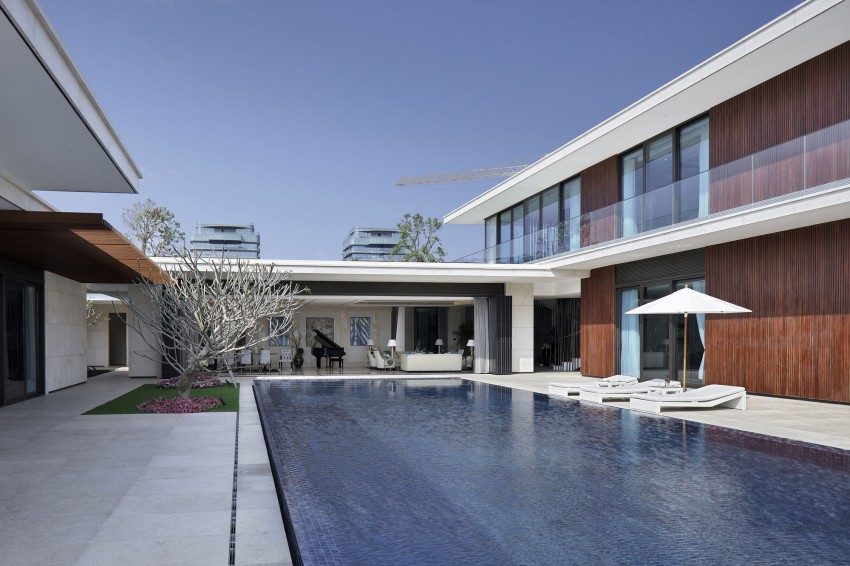 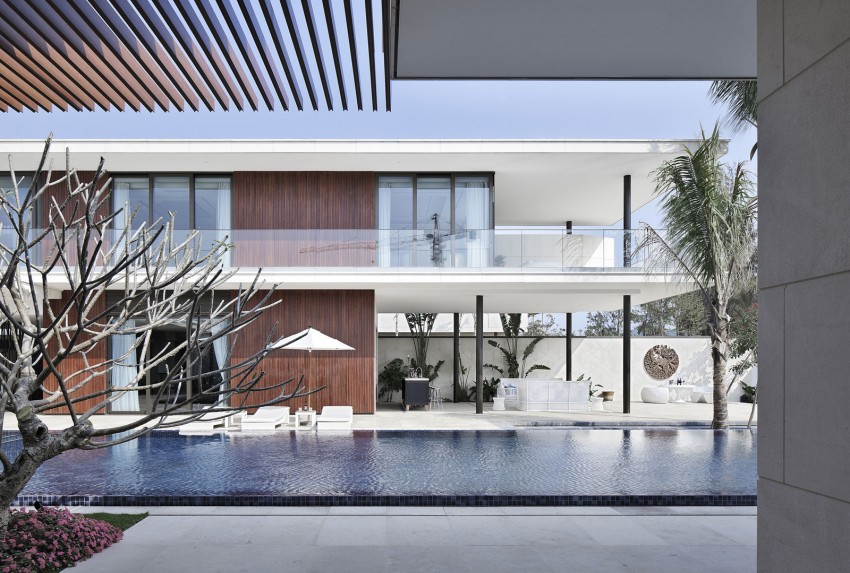 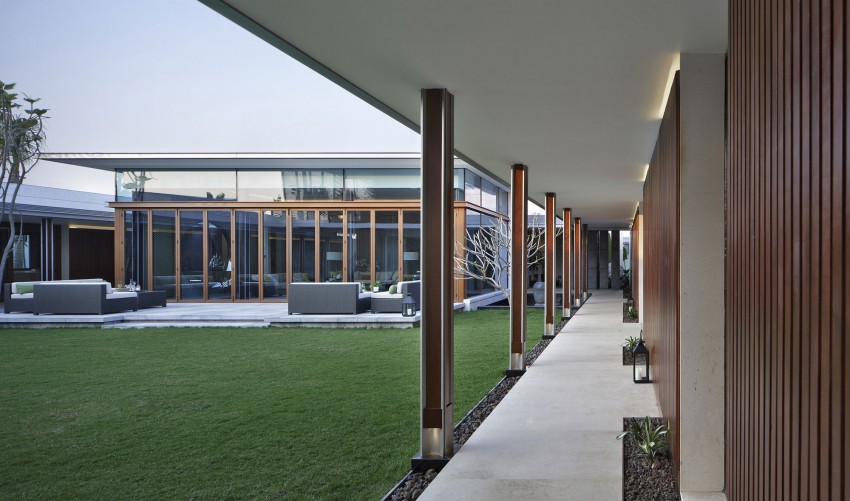 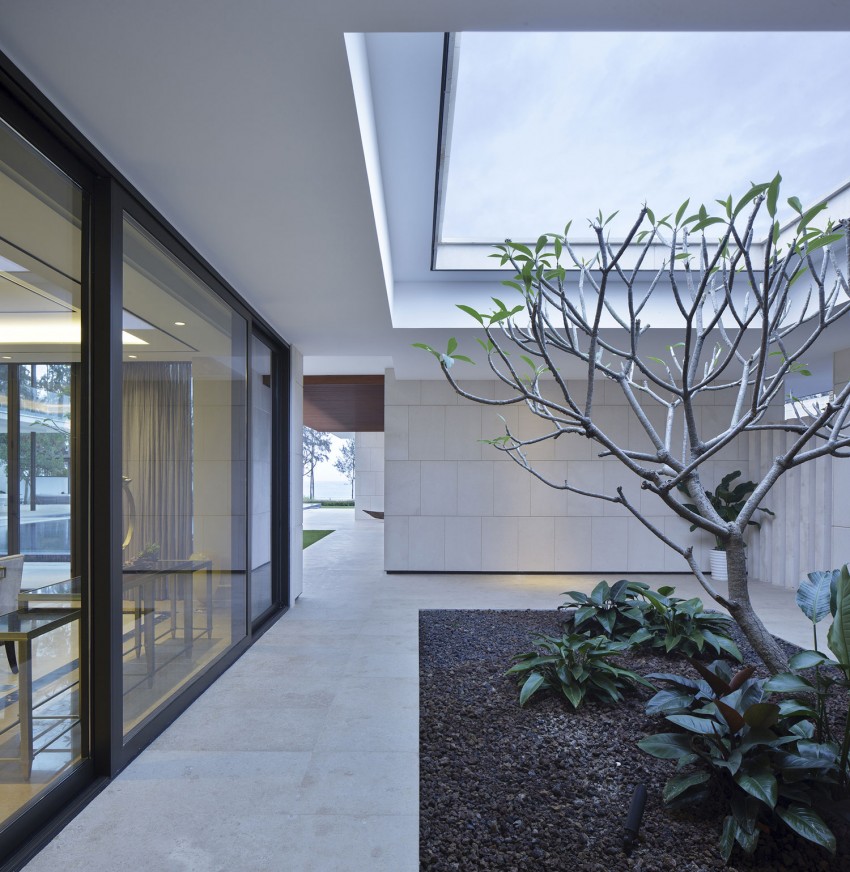 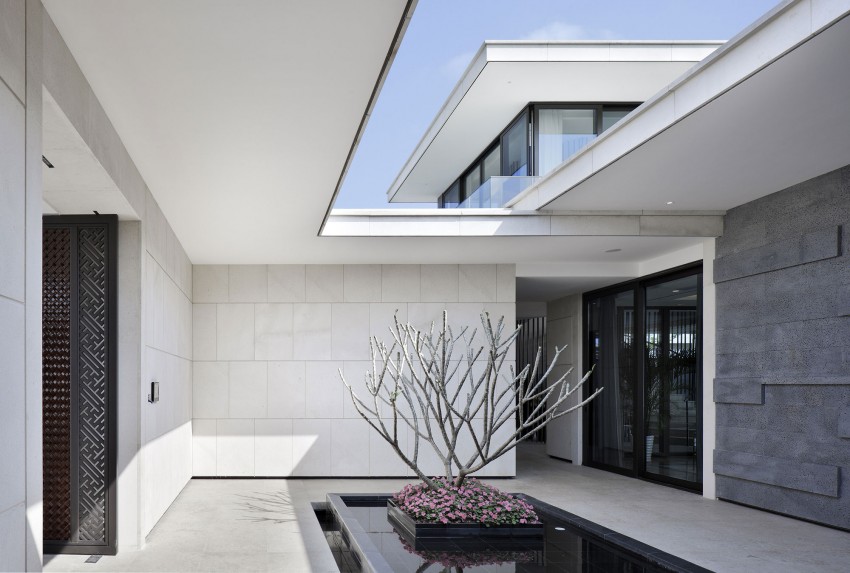 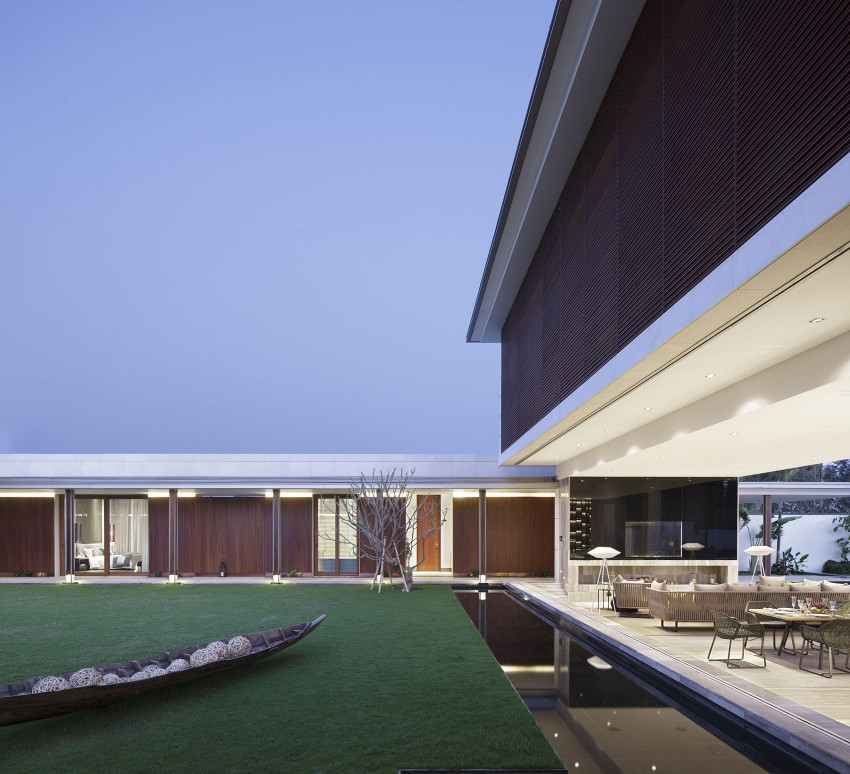 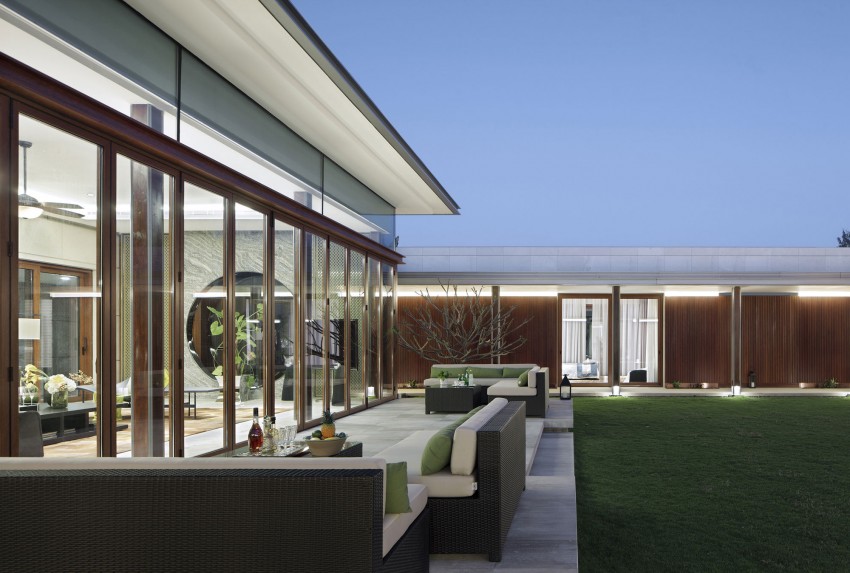 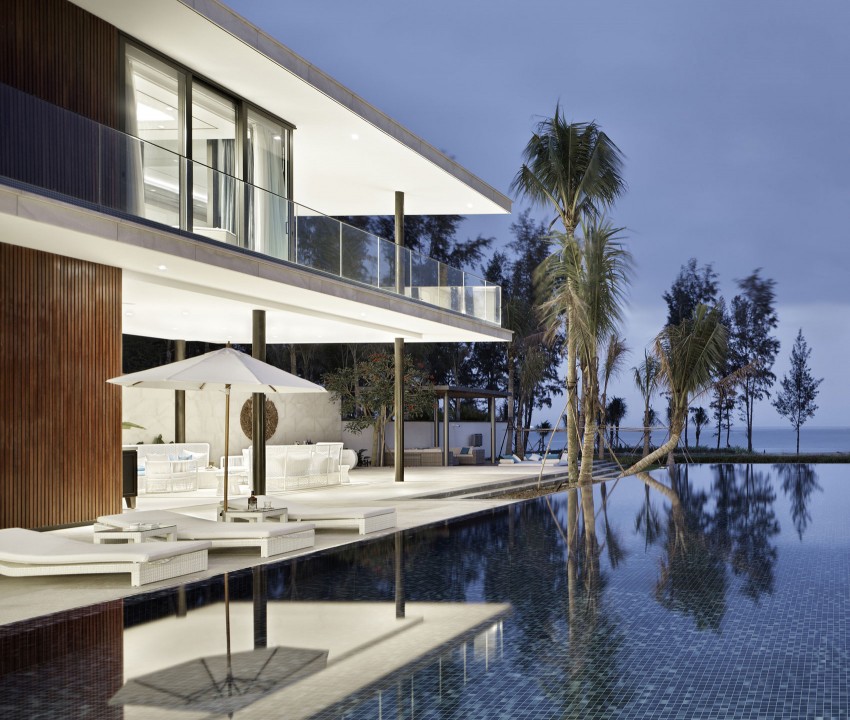 Chenglu Sea-view Villa, is located in Qingshui Bay International Resort (which has a 2-kilometer [1.24-mile] coastline), Lingshui County, south-east of Hainan Island. Occupying 4800 mu with 12 villas in total, it is a part of Greentown Hainan Blue Bay Town Project. Now, the House Nine and House Ten adjacent to the Central Street have been completed.
Sea-view
Based on the knowledge gained from residential design practice, the designers place top priority on the achievement of maximum sight of the sea. As for these two houses, we put all the activity spaces adjoin to the coastline and make them fully occupy each site.
House Ten is designed with two sets of parallel masses with one set perpendicular to another to form an enclosed square arrangement. So it enjoys a widest sea view horizontally. By further uprising the mass facing the sea in the front and lowering its outdoor space, more sea view is brought in to the two side masses and the back mass, which provide all-dimensional sea-view experience. House Nine also adopts similar design concept by forming an H-shaped sightseeing stand facing the ocean, to expend the ocean view as far as possible.
Customization
The natural attribute of villa determines that it could only be enjoyed by the minority. Nevertheless, in the high-end housing market, potential of modern style architectures has been always doubted by developers. With an overall consideration of architect’s demands and interests of the owners, the designers decided to use “space experience” as the initial point.
Through building structure restrictions, space order organization, contraction of scene, dynamic and static areas and the choice of building materials such as stone, wood, glass or medal, as well as quality distinguishing, it creates different space experience like being smooth, rough or mild. All of these contribute to build a spiritual space which is modern and well accepted by the target group.
External Appearance
The villas are built in transparent structure; the grey space blurs the boundary of building itself, interior space, the landscape and curtain walls. By taking this advantage, architects ‘intrudes ’the area which are outside the architecture for substantial trans-boundary design or design orientation relying on the consultant team . The integrated design experimentation is a brand new experience to the whole team, which is also a small step towards “refined design” in architecture.
Configuration
The two villas share a similar configuration standard. In the entrance, you’ll see a ceremonial front yard with a garage for two cars. Owners of each house have their separate living room, dining room, family room, Chinese and western kitchens, at least five suite bedrooms (including a luxurious master bedroom on the second floor) as well as studies and etc.
The designers ensure at least four rooms mentioned above have the sea-view. Many semi-outdoor platform terraces facing the ocean are created out of building eaves and stilt, serving as functional expansions of the indoor spaces. The service spaces with their independent entrances and exits together with the service circulation are separated from the host area. In addition, each villa is equipped with a swimming pool, SPA pool and garden.
Photos by: Zhao Qiang