This sophisticated apartment was designed by DENOLDERVLEUGELS and is located in Amsterdam, Netherlands. 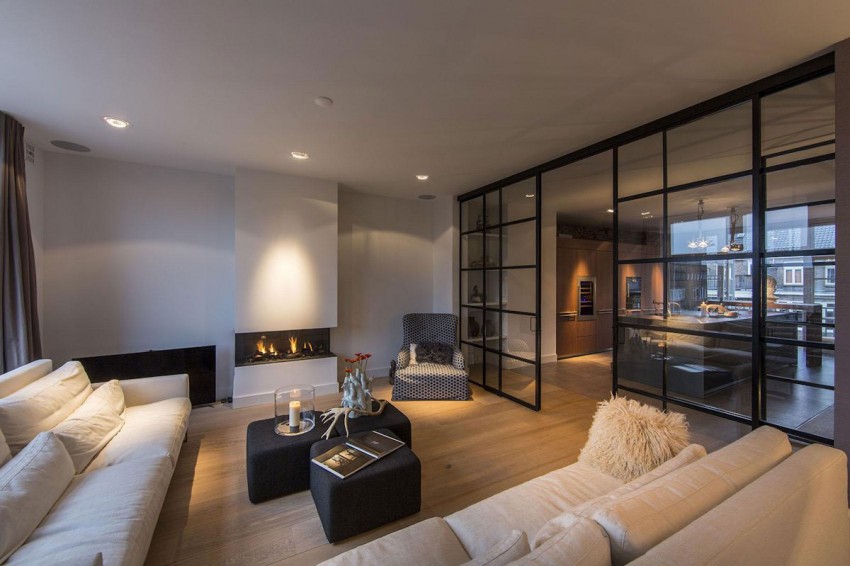 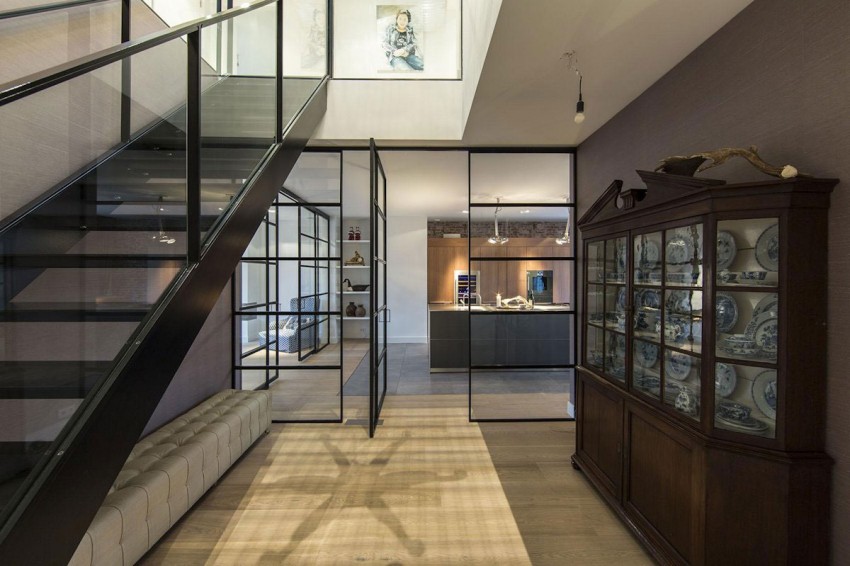 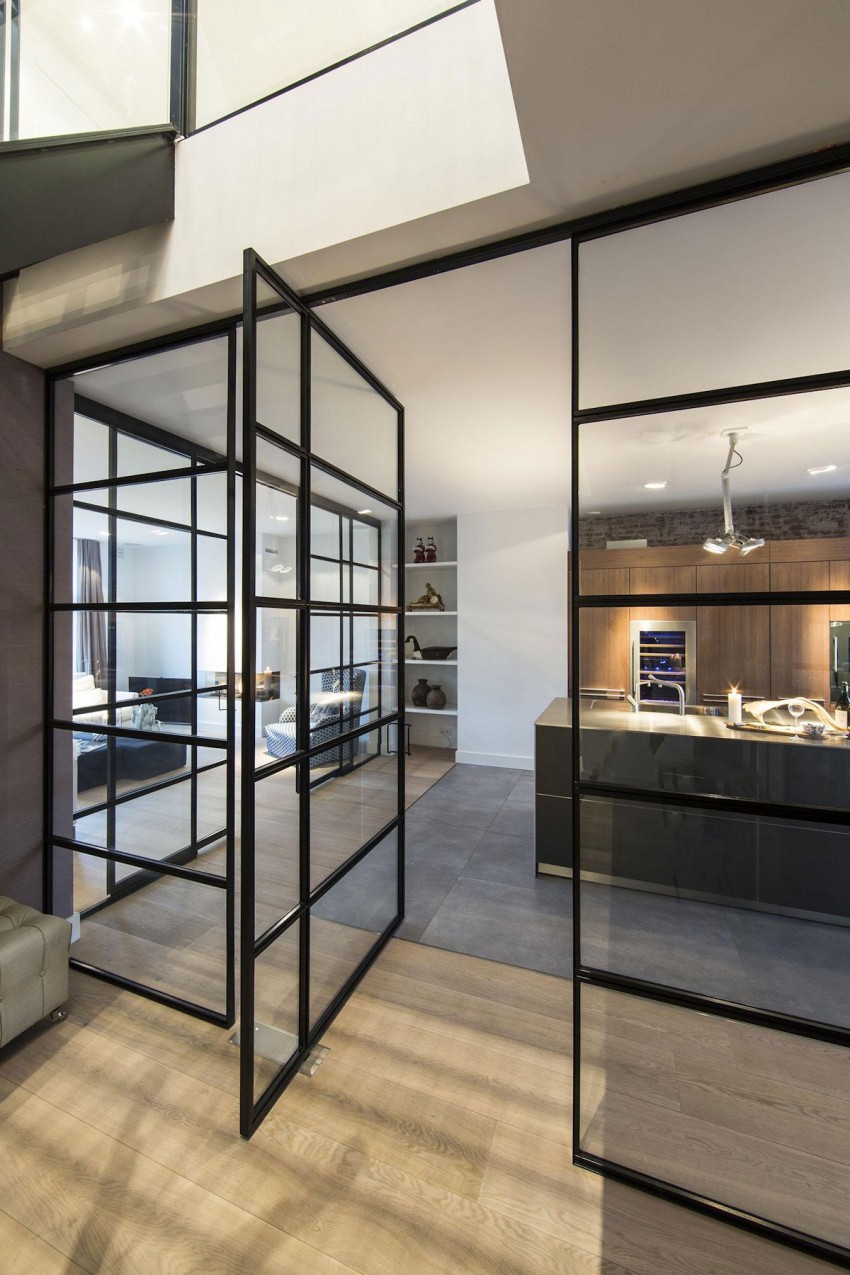 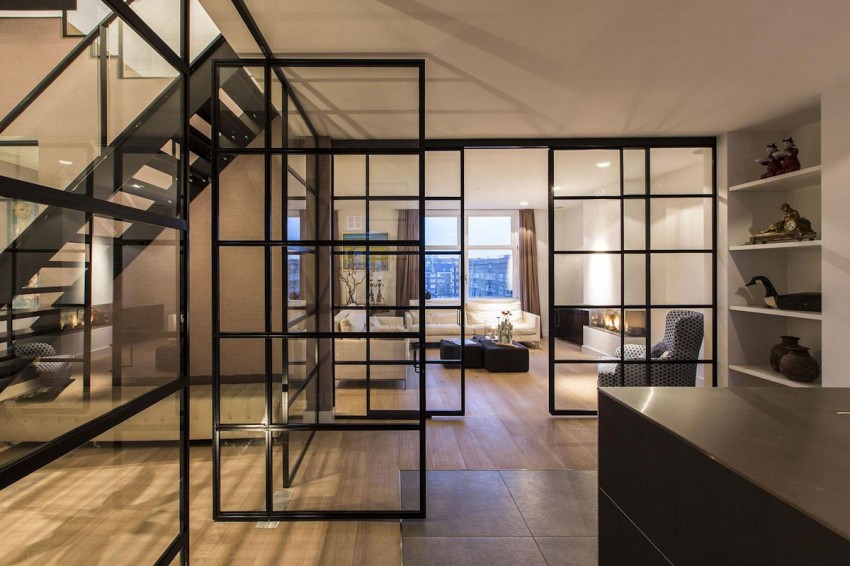 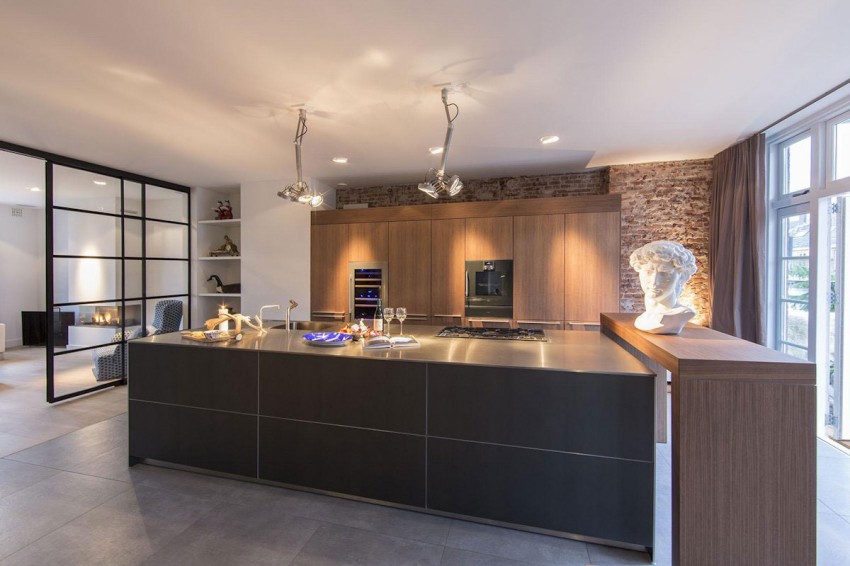 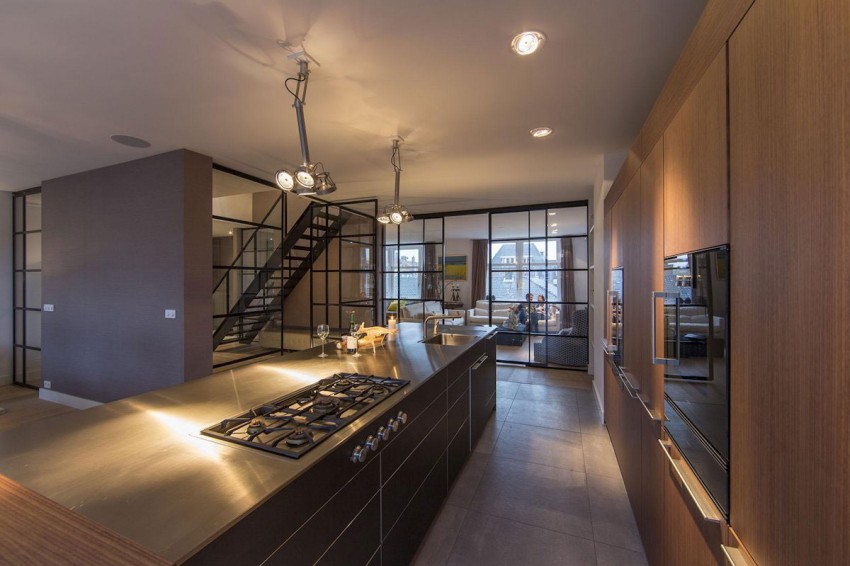 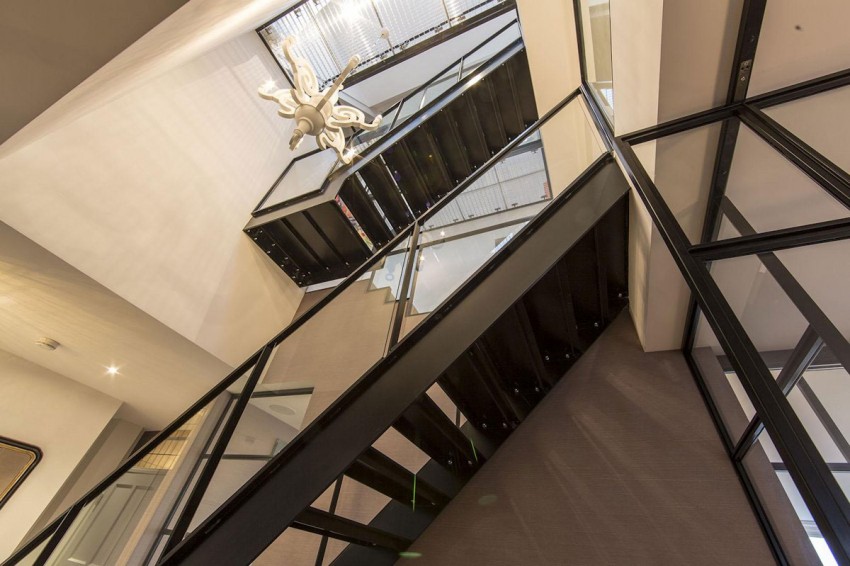 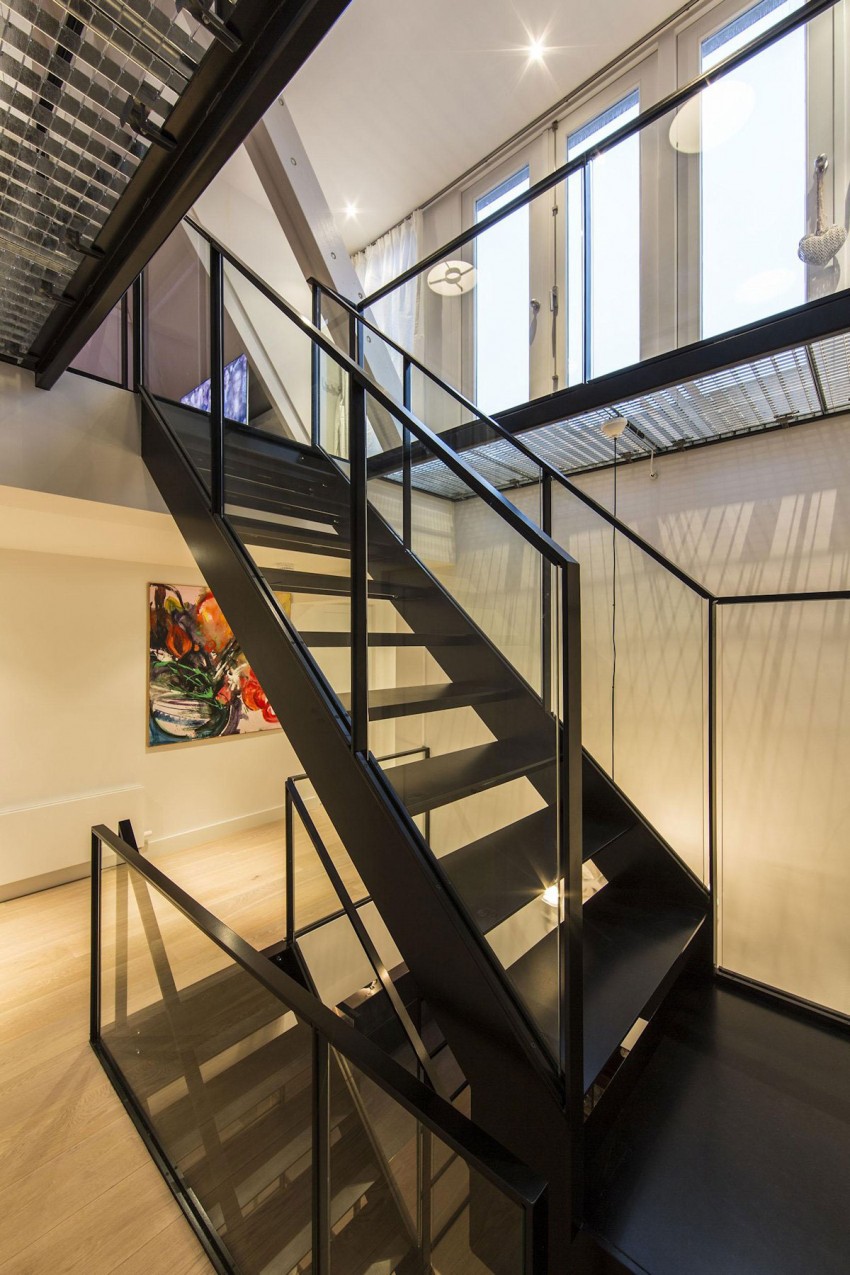 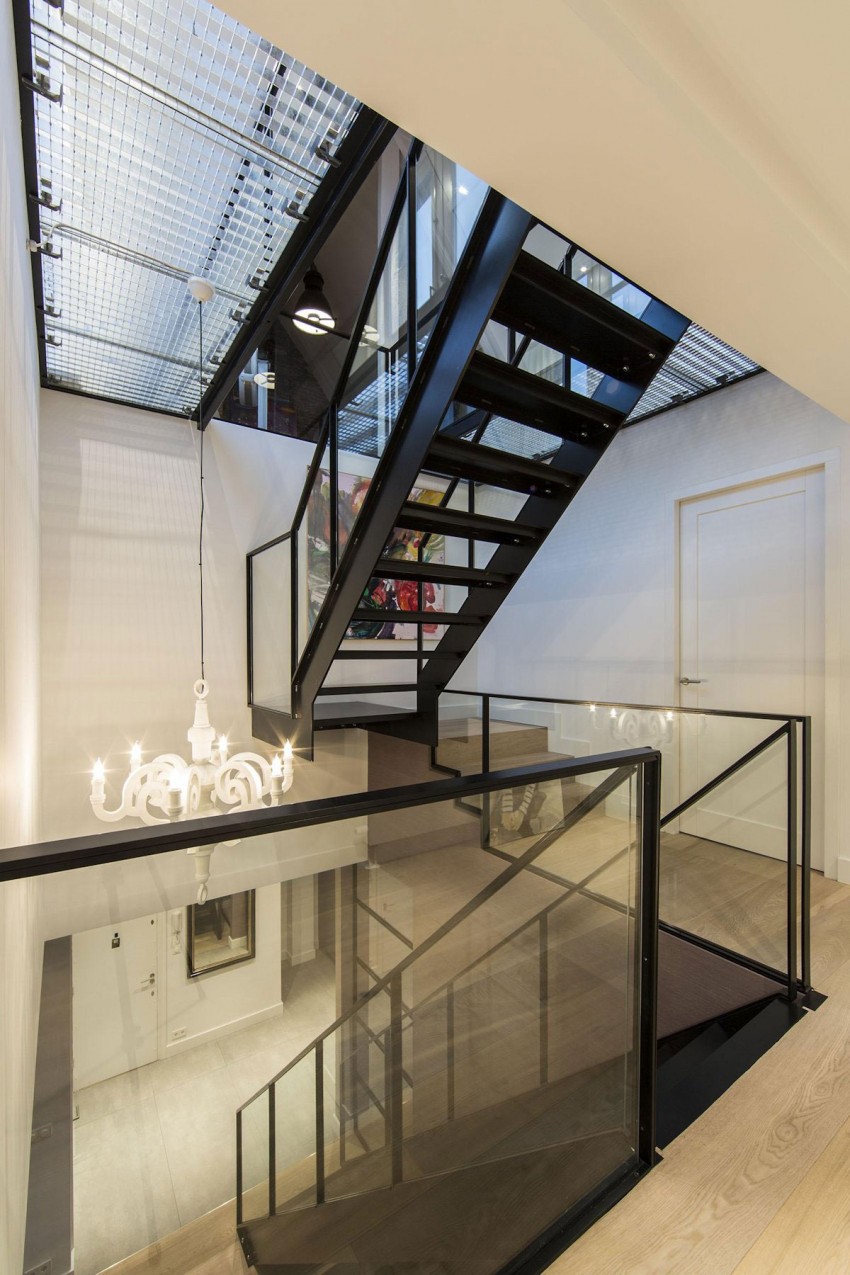 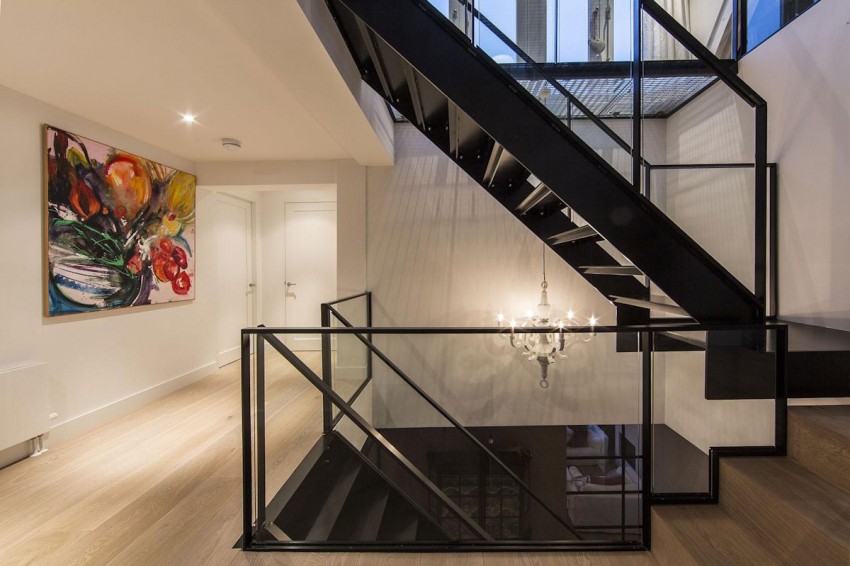 In January 2014 DENOLDERVLEUGELS finished the renovation of a exclusive 300 sqm (3,229 sqft) apartment in the ‘Amsterdam-Zuid’ area for a dutch family. The apartment occupies the top 3 levels of a building complex built in 1925.
The family, born in the Netherlands, wanted to buy an apartment and settle down in Amsterdam after living abroad for many years in Copenhagen, Brussels, Madrid, San-Fransico and Rome. Together with DENOLDERVLEUGELS the family searched for an apartment suiting their open and modern family life. Eventually a 2 level apartment in very basic conditions suited best because of the possibility to strip the entire apartment to a situ ation where only the basic structure remained. The narrow and closed structure of the existing building is transformed into a transparant and open setting where the (visual) relationship between different rooms and levels has been the basis for the design.
The attic of this building, which was built in 1925, was used for the hiding of people during the second world war. After the war the attic remained unused. In the new situtation the attic is fully incorporated in the functioning of the apartment. It is a beautiful living space connected to the lower levels by a grand vide which also houses a grand staircase. This vide supplies a large amount of beautiful light in the centre of the apartment on all levels. The authentic wooden roofing structure was kept intact as well as an old masonry wall to keep the connection to the history of the building. At the level of the attic a large roof terrace was added. At the terrace the view across Amsterdam is magnificent. The view takes you over the rooftops to the Olympic Stadium, the ‘Rijksmuseum’ and the theater Carré. At the terrace you also have a view through the vide to the lower levels and the entrance hall. This is also an example of the basic design feature of connecting all spaces and levels.
Entering the apartment the vide creates a fabulous vista through all levels. The openness and grandeur of the spaces with this central vide show the great metamorphoses of the apartment. A great contrast to the narrow and dark old situation. The modern and dynamic family had a specific need for social interaction within the apartment but with enough possibilities to retreat within their own private quarters. The open plan is organized in main functions that remain a strong social relationship but are separated through large glass & steel separation walls with glass & steel doors. The kitchen is the social centre of the apartment. It offers a view to all important spaces and the vide, thus enhancing the open relationship between spaces and the social control within the apartment.
The family has collected a large amount of different artifacts because of the many different places of residence. Using these different artifacts in combination with contemporary art gives the place a warm, atmospheric and rich decorated feel. The history of the apartment, the history of the family and the respectful incorporation of personal wishes within the design creates a balanced and harmonic apartment. This is an apartment that represents ‘home’, something the family wanted to achieve returning to the Netherlands.
Photos by: Michael van Oosten