A show flat in the new modern complex Situla, situated next to the main train station in Ljubljana, the capital city of Slovenija, designed by GAO arhitects. 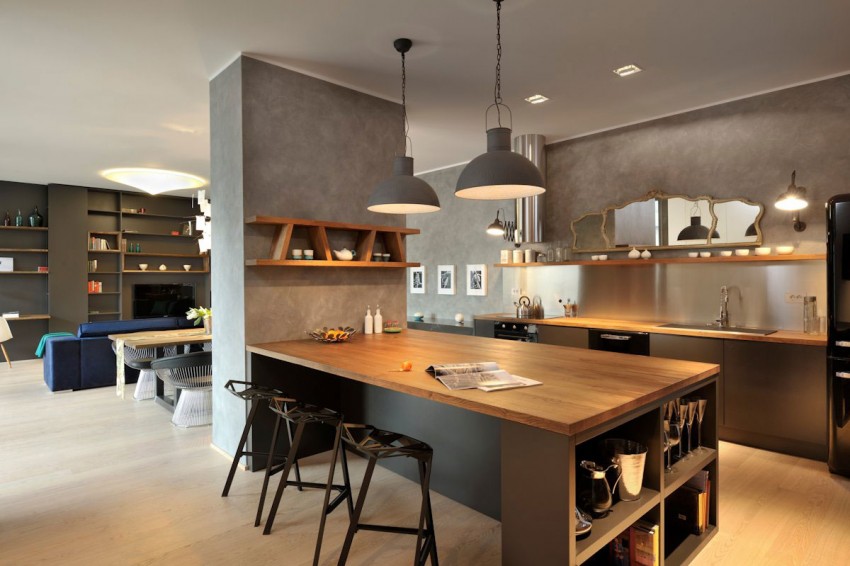 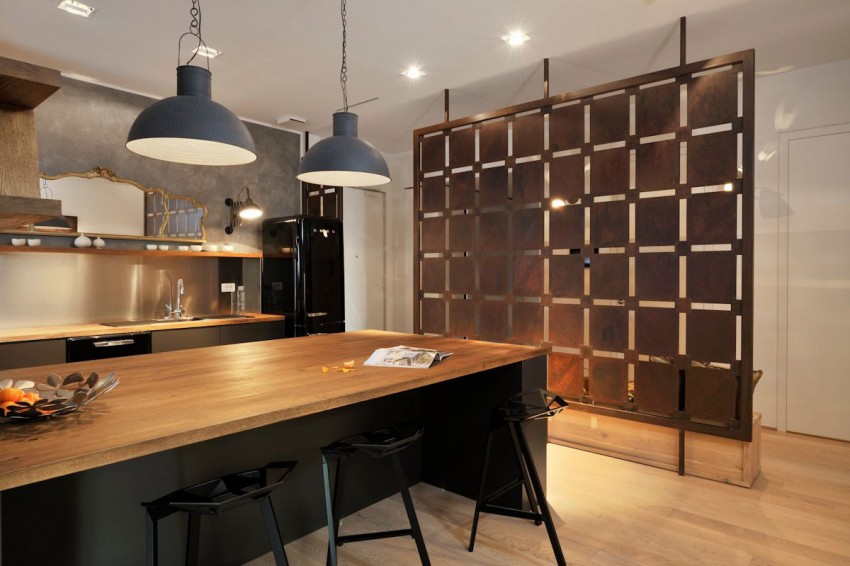 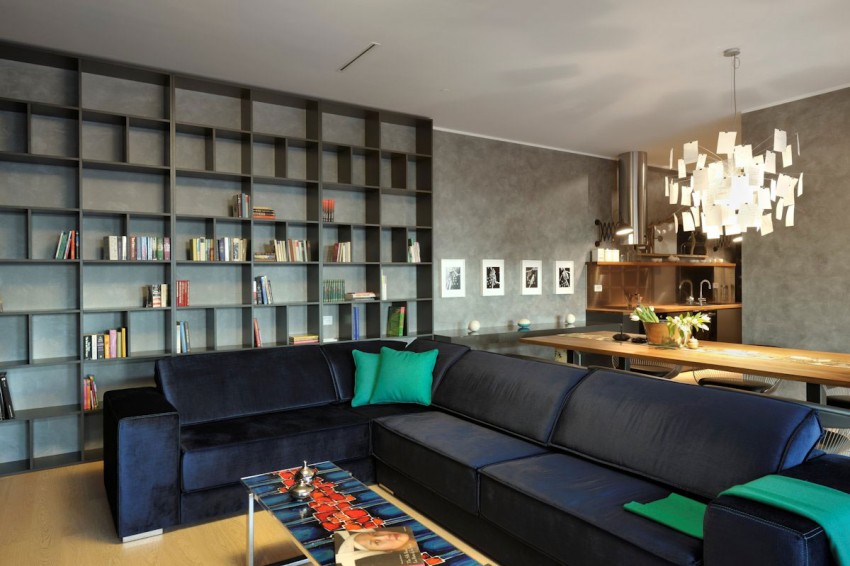 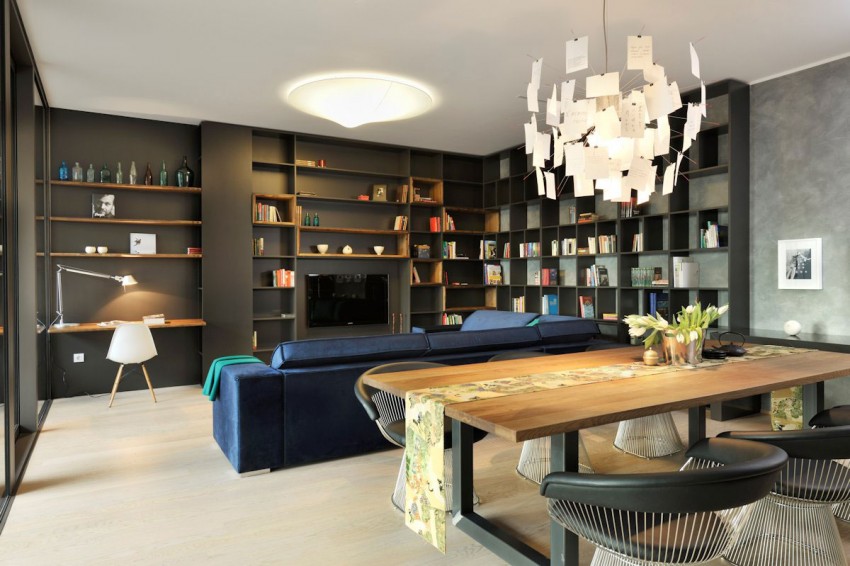 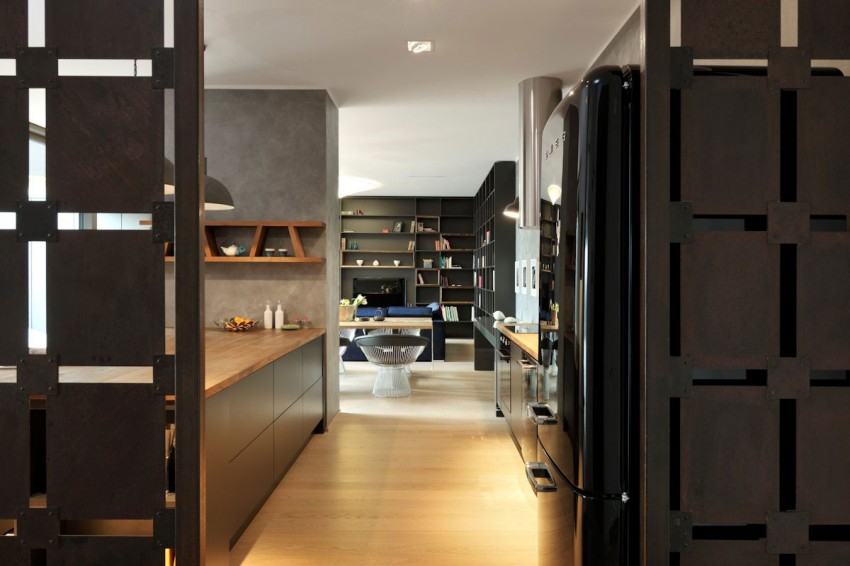 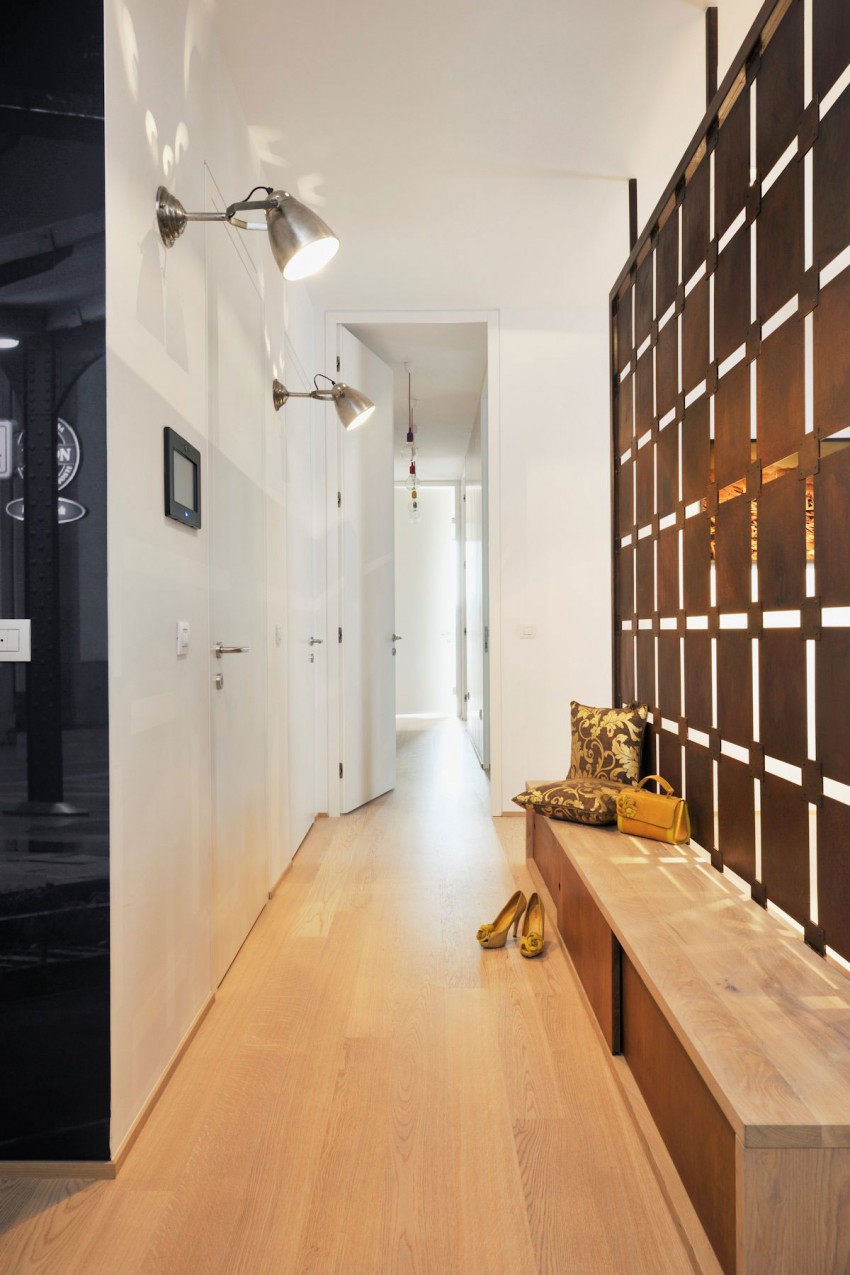 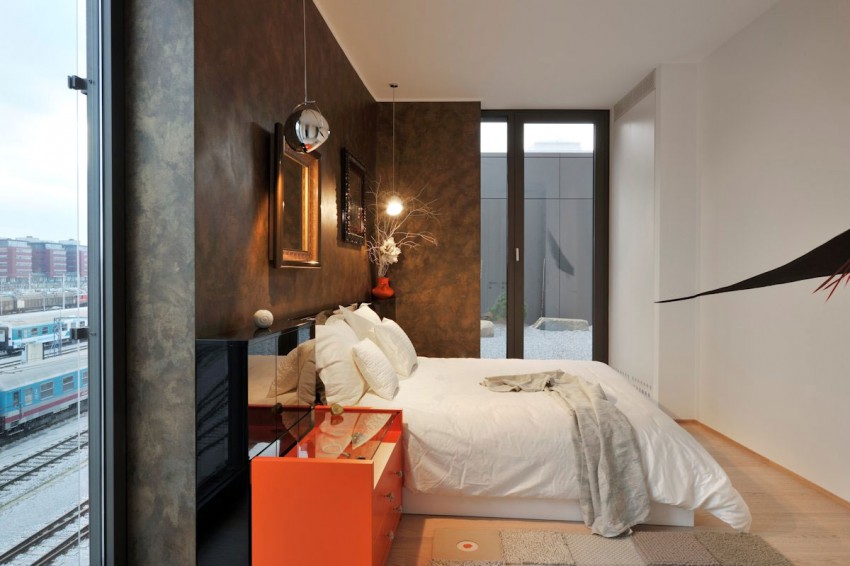 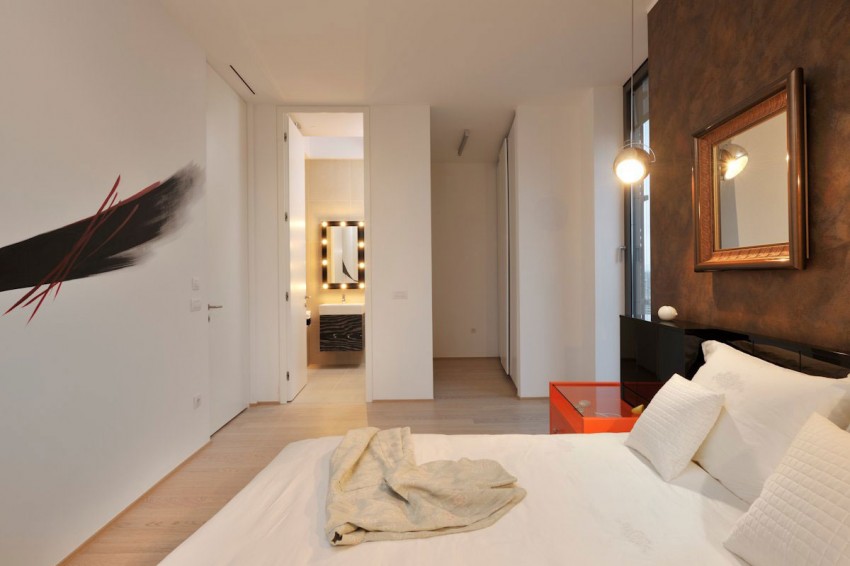 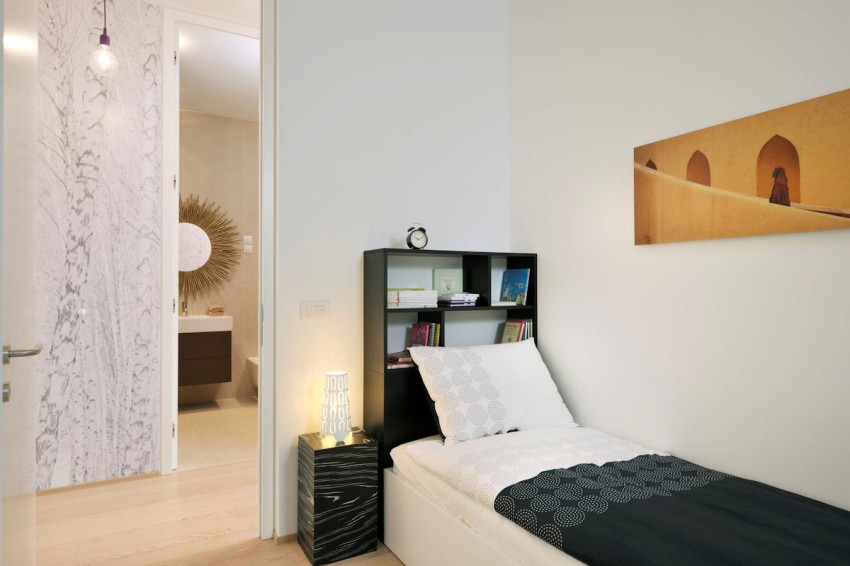 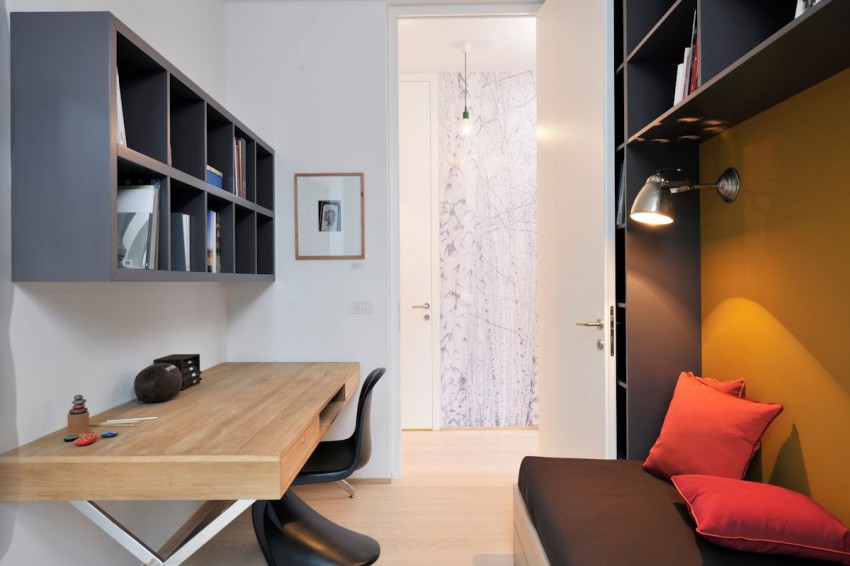 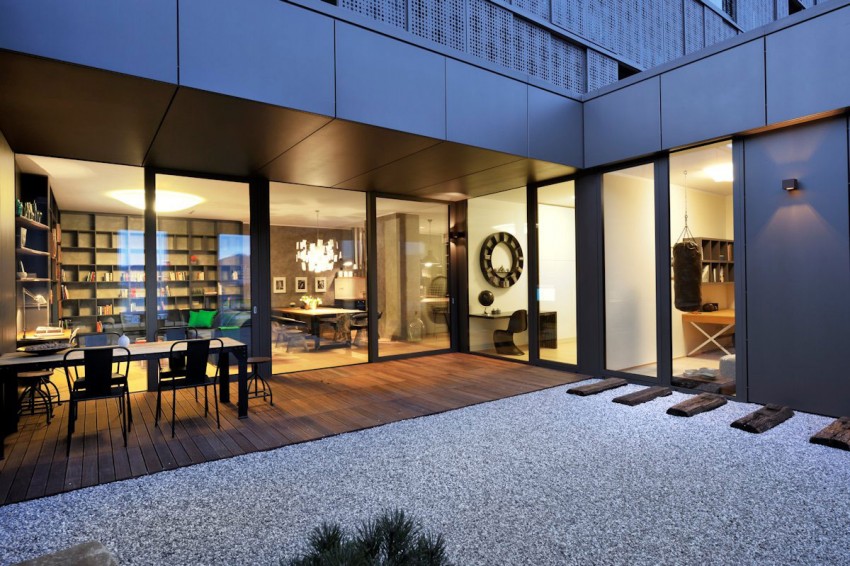 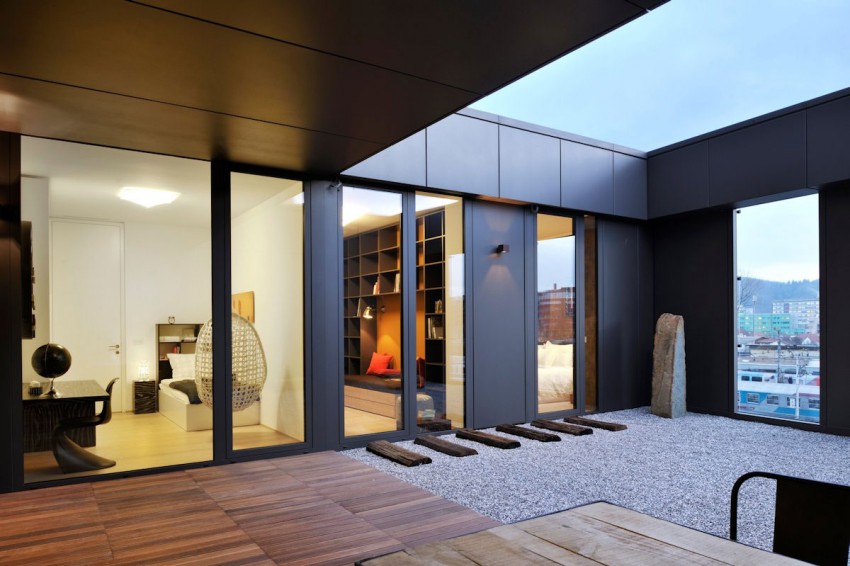 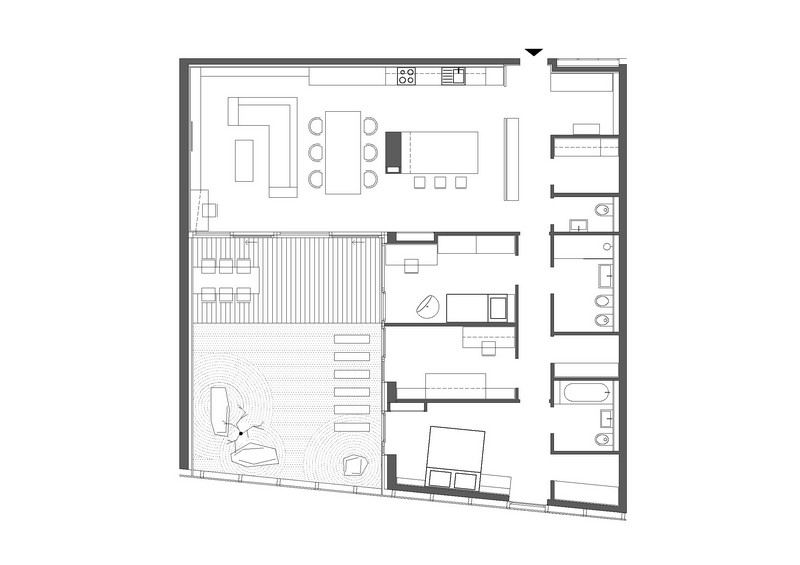 Gao arhitects designed the interior of the flat, based upon a story. Based upon a way of living an urban, dynamic and creative life in the core of the city. We associated the urban lyrics, colorfullness and liveliness of the passing trains with a sort of rough design of certain lofts which can imitate the modern way of living with it’s fusion of different decorative elements. They can reflect a very artistic way of living due to the choice of materials the architect makes.
We opened up the living area and divided it from the hallway with a slightly transparent corten wall. The center of the kitchen, the kitchen counter made from oak tree wood, is most definetly the heart of the apartment. We used a construction pier as a base for the kitchen counter which is built around it and which serves as a multifunctional element, offering not only a surface for cooking and serving but also as a wonderfull socializing area.
The space is therefore divided by the pier and so the living-dining room opens up to a beautiful atrium which was inspired by the japanese gardens, but upgraded by incorporating some old wodden railway tracks as a sort of platform used for passing the garden and it’s fragile pebbel decoration.
Even in the interior the colours seem to resemble the dark tones of the panels, which construct the facade of the atrium. This works as a linking element for the interior and exterior.
Further on the main hallway divides the more private area of the flat into three separate rooms, thus being the bedroom, the guest room and a smaller bedroom ideal for teens or children. The walls of the hallway are covered in wallpaper displaying birch trees. This elements makes for a soft transition from a public to a more private part of the flat.
Each one of the rooms is defined with it’s own detail, such as a swinging chair, a boxing bag or a painting covering the central wall – but all of this comes together funktionaly with two large bathrooms and two wardrobes accross the hallway.
The whole artistic impression of the apartment is accomplished with photographs by slovene photographers, very artistic pottery and diverse accessories.
The overall image of this flat with a view of the Ljubljana castle and the slowly moving trains covered in colorful graphitty, radiates a certain artistic, dynamic and contemporary way of living in the capital of Slovenija.
photography: Miran Kambic