A2 House is a former farmhouse transformed into a modern home by VPS Architetti and is located in Castelmuzio, Siena, Italy. 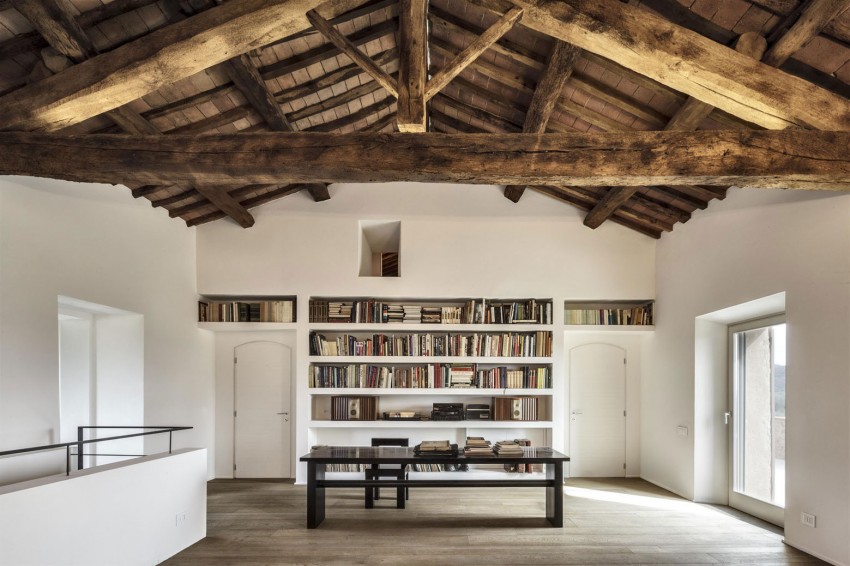 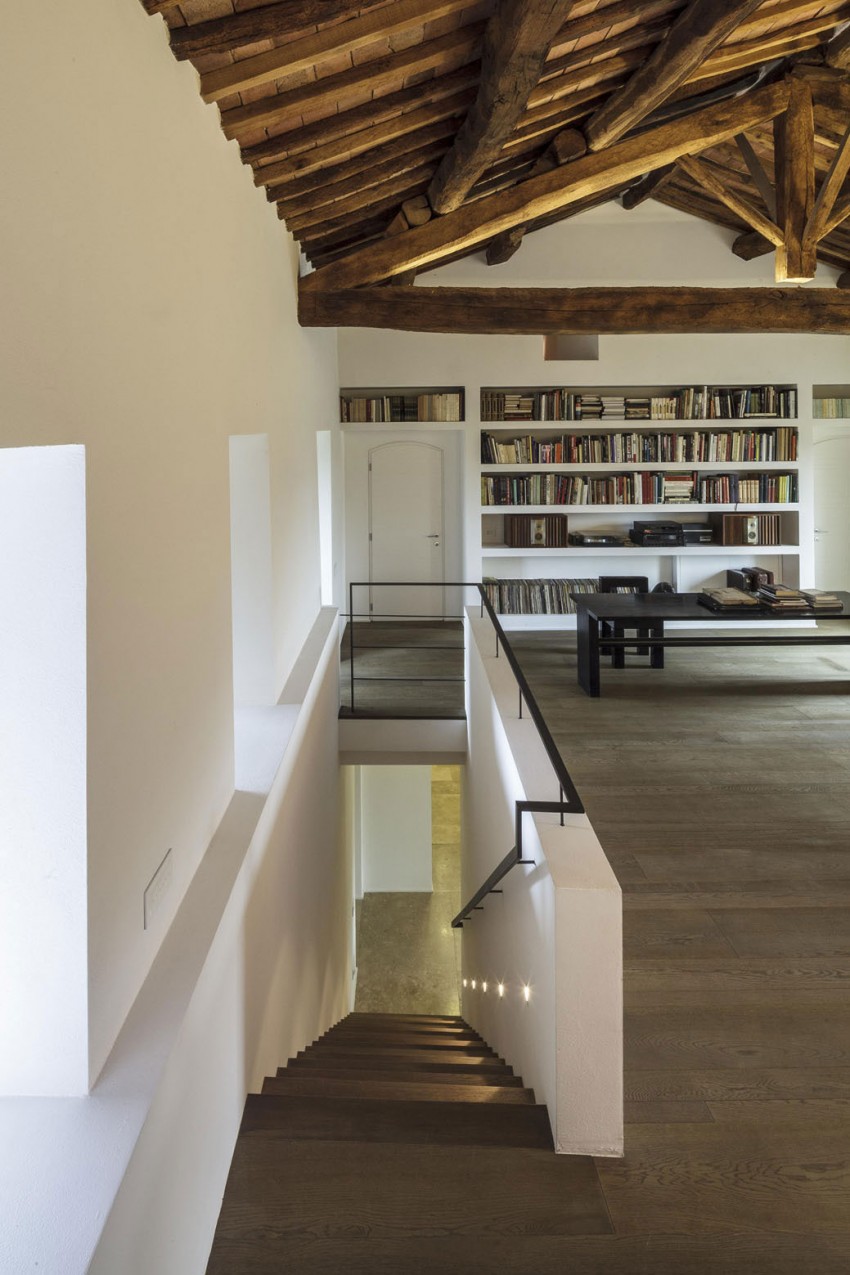 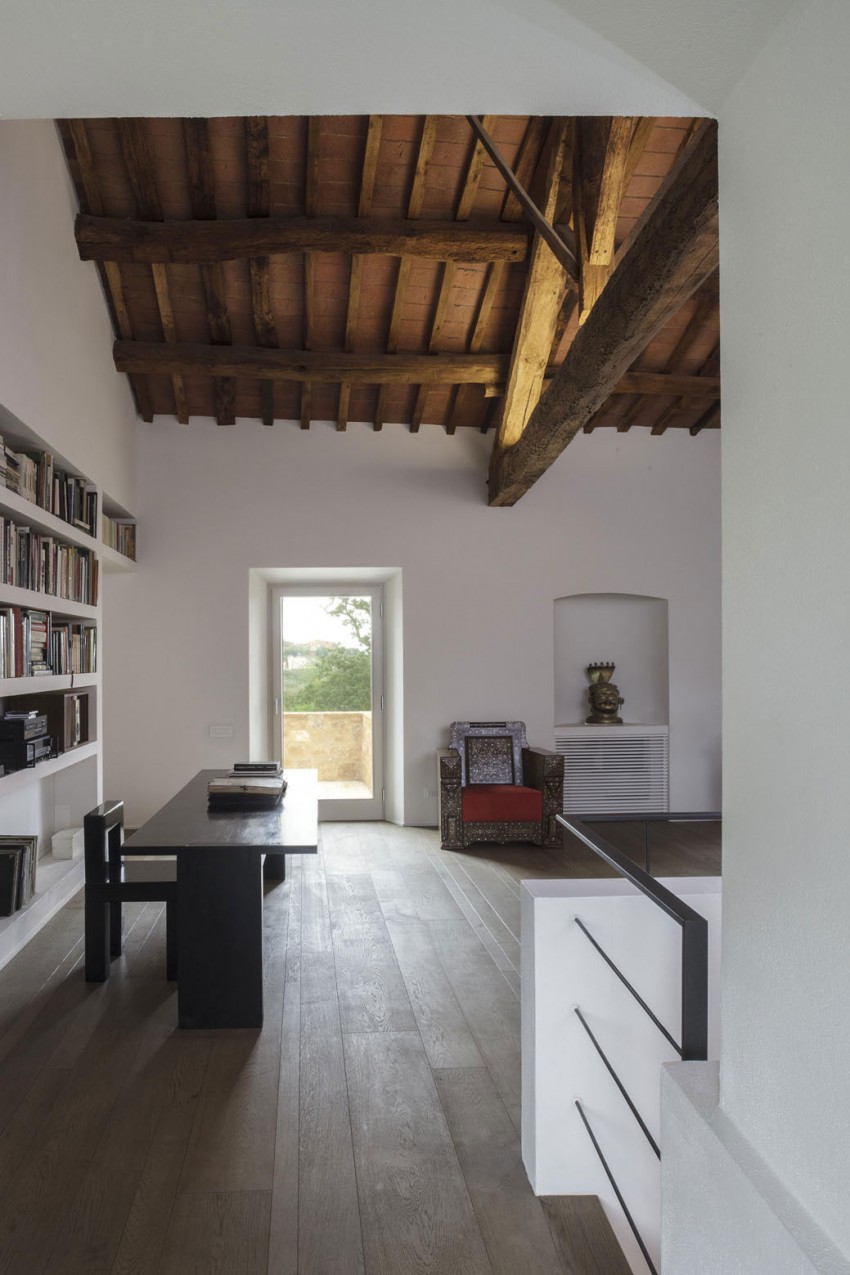 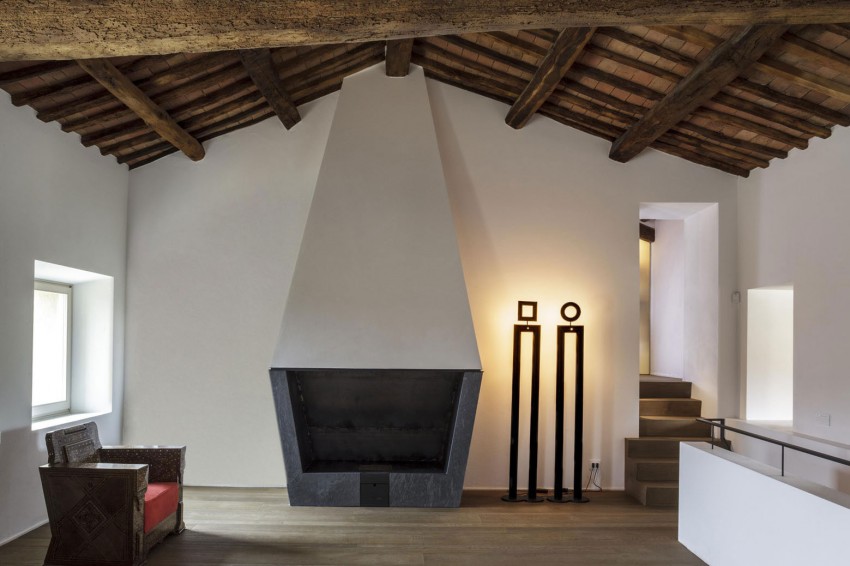 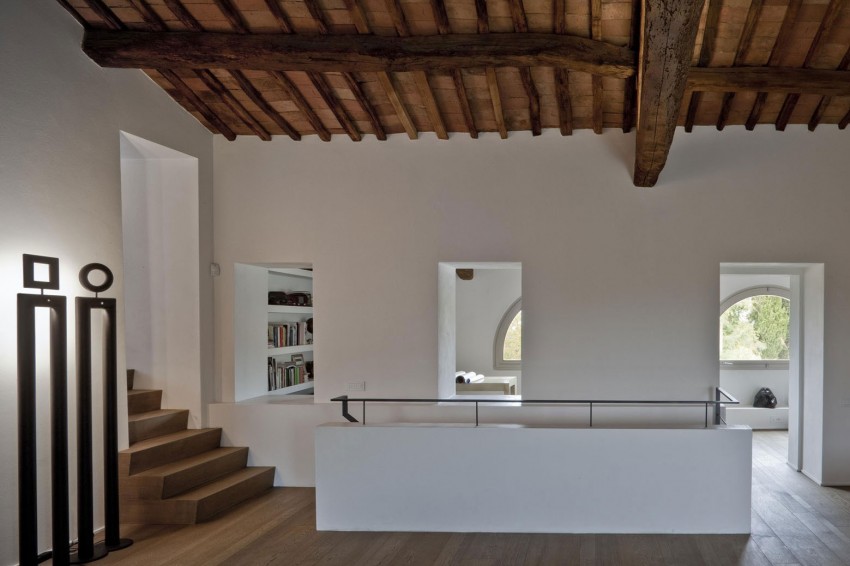 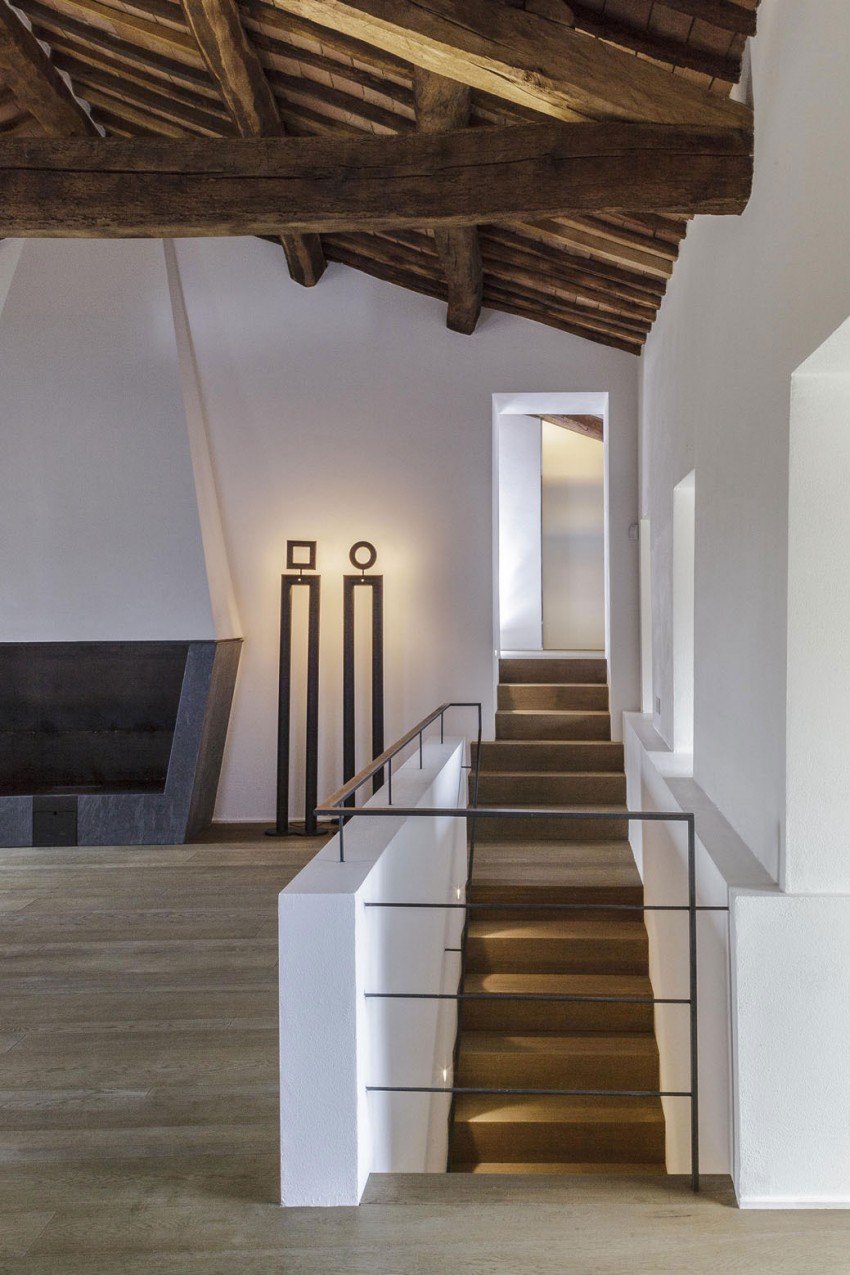 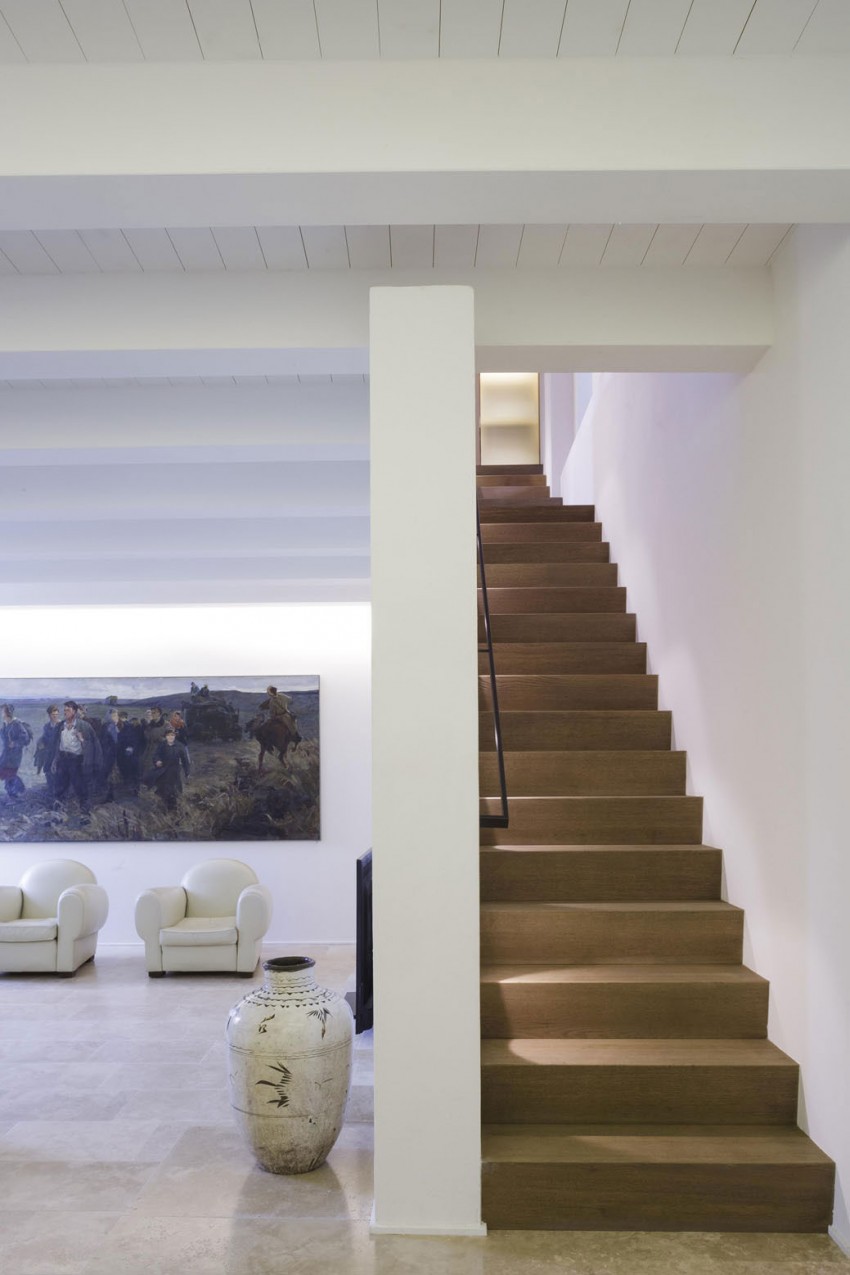 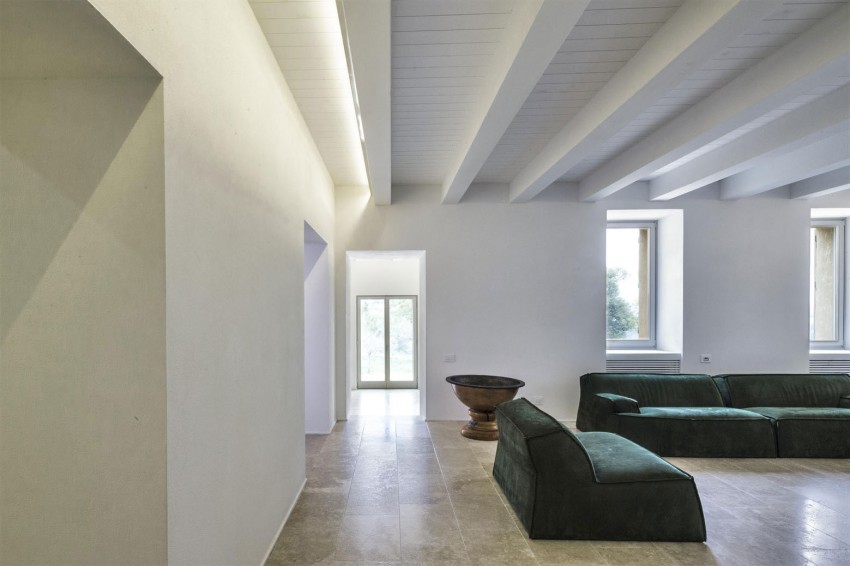 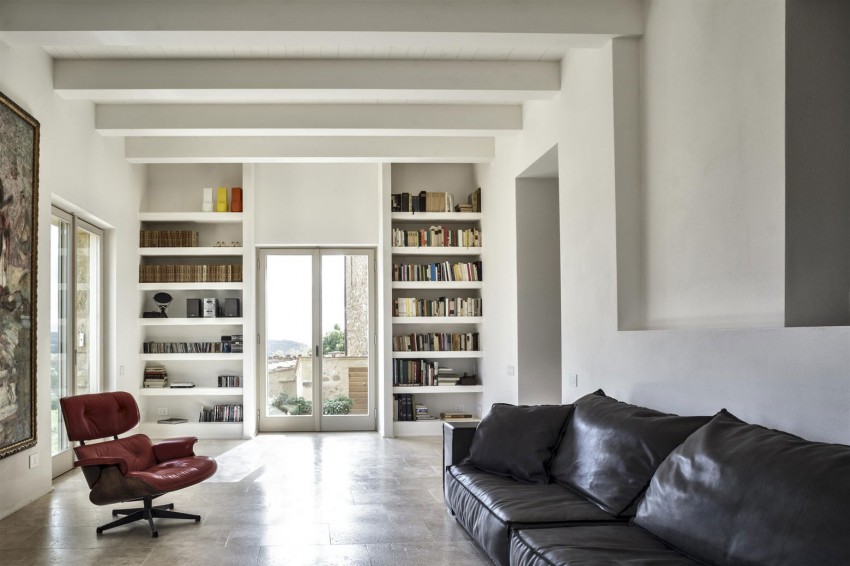 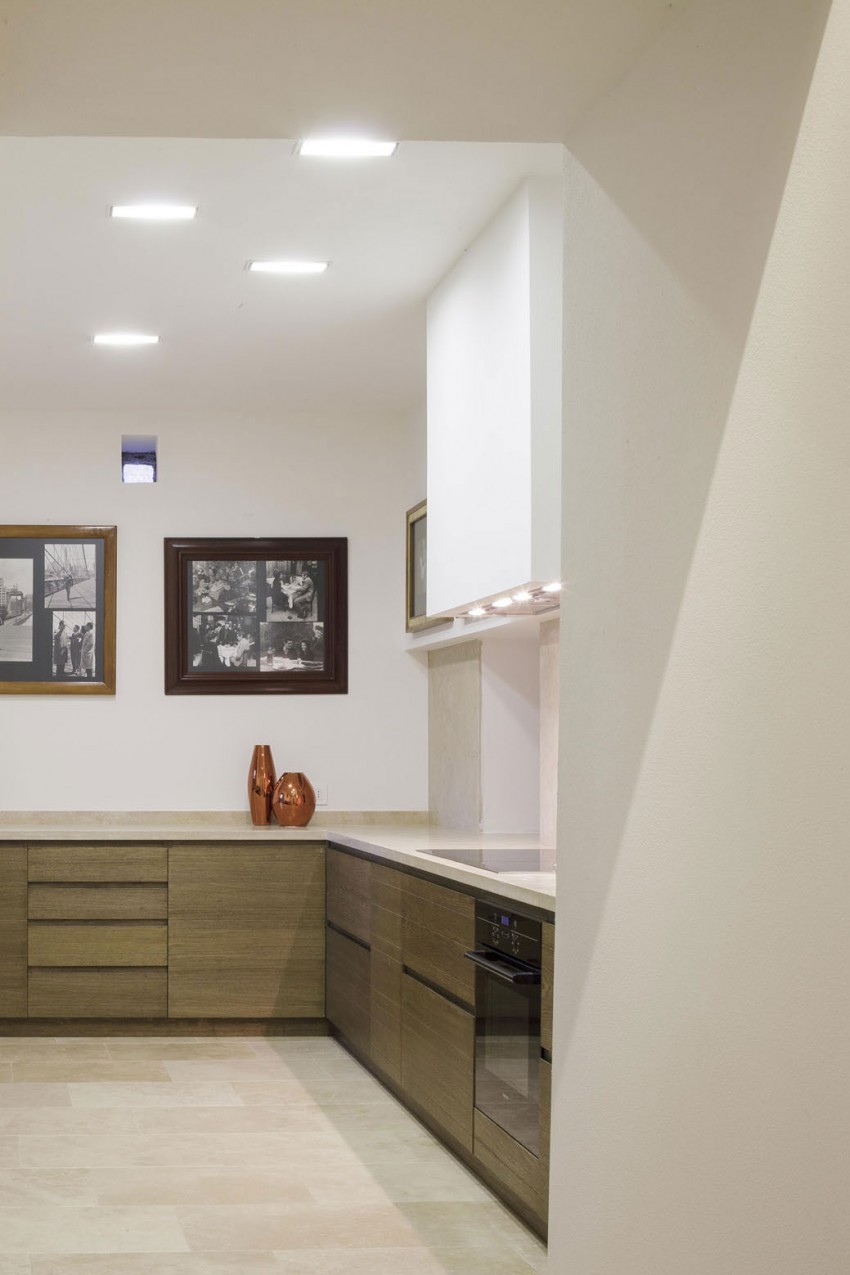 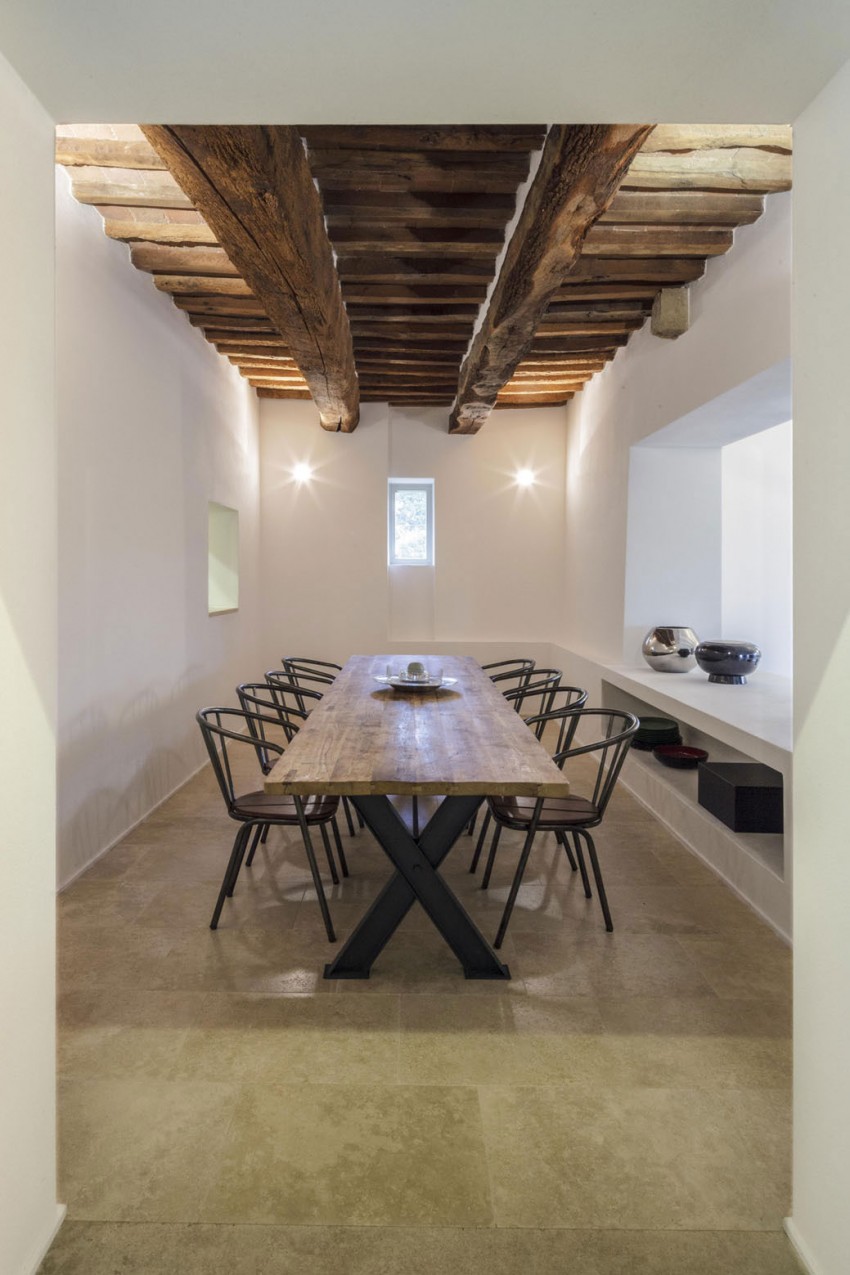 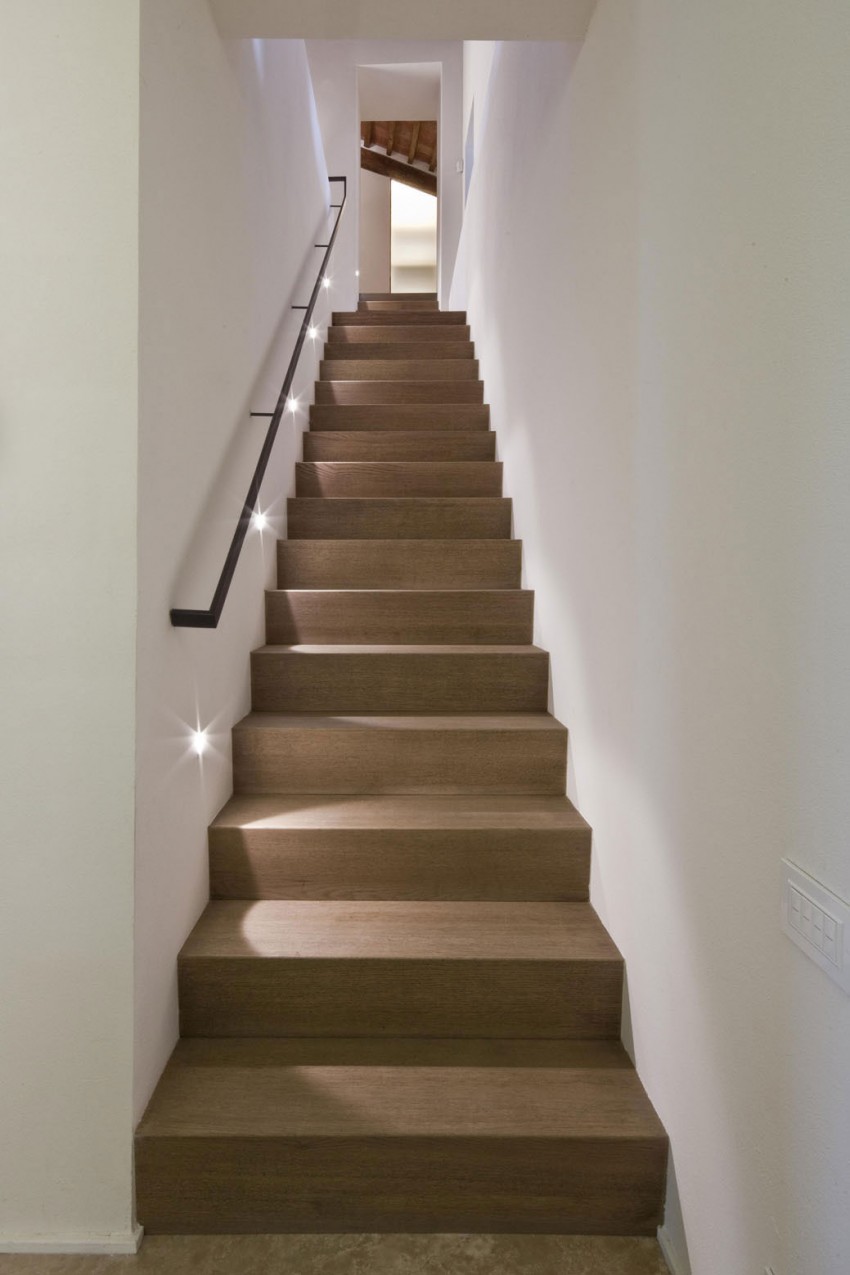 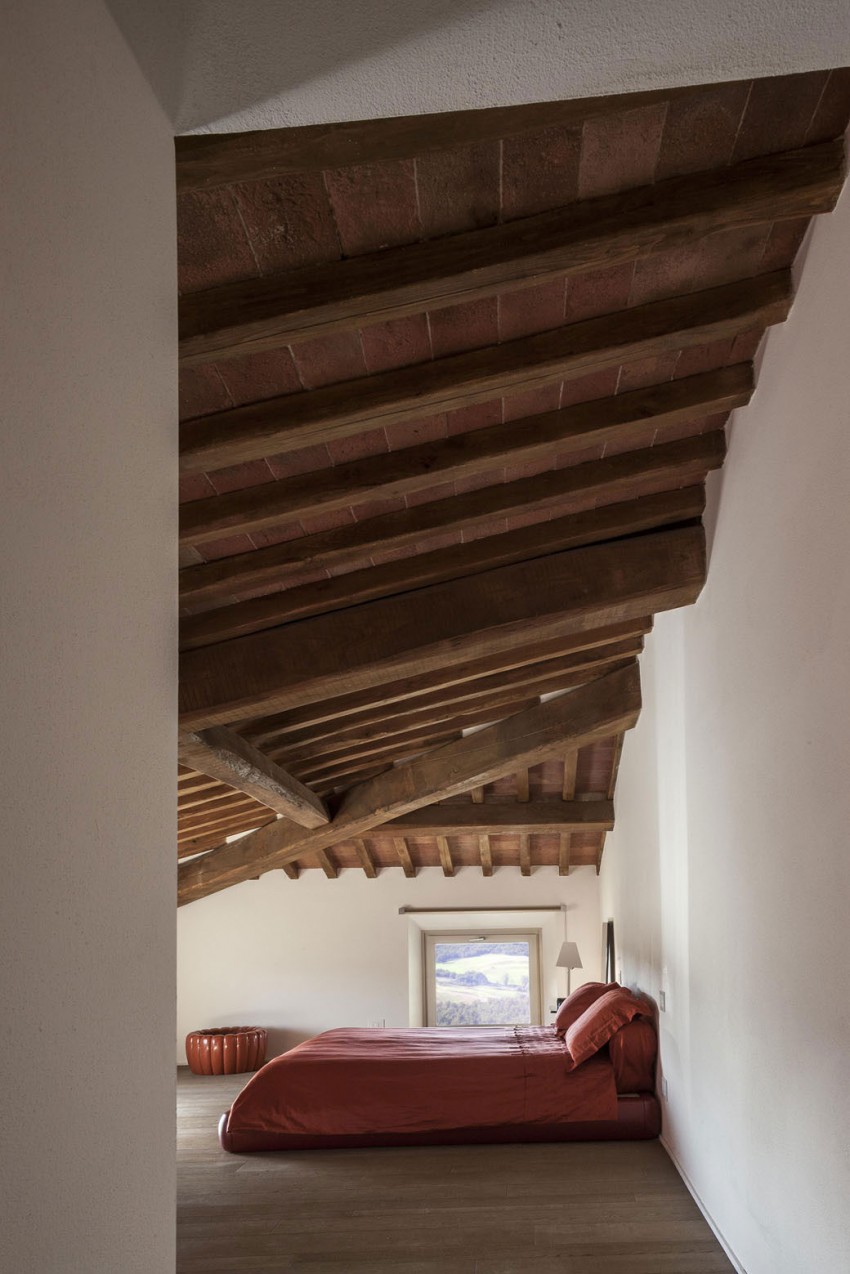 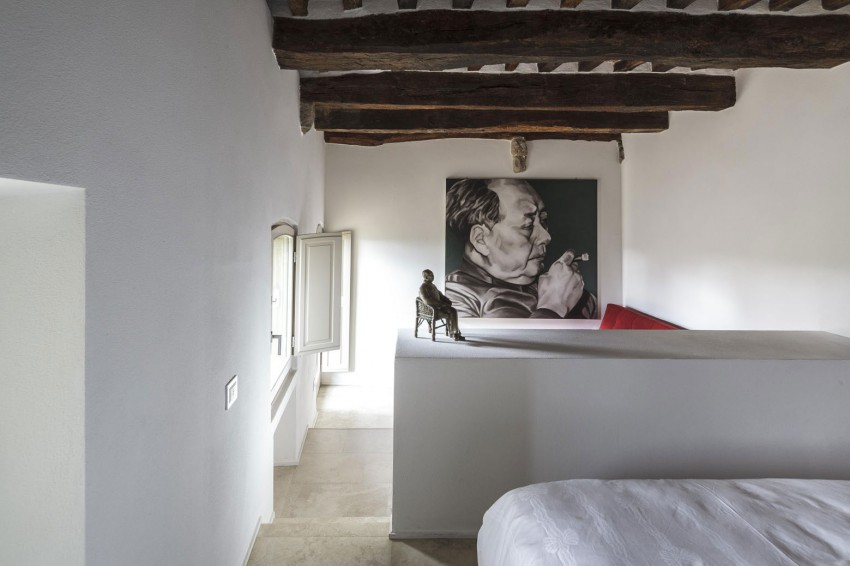 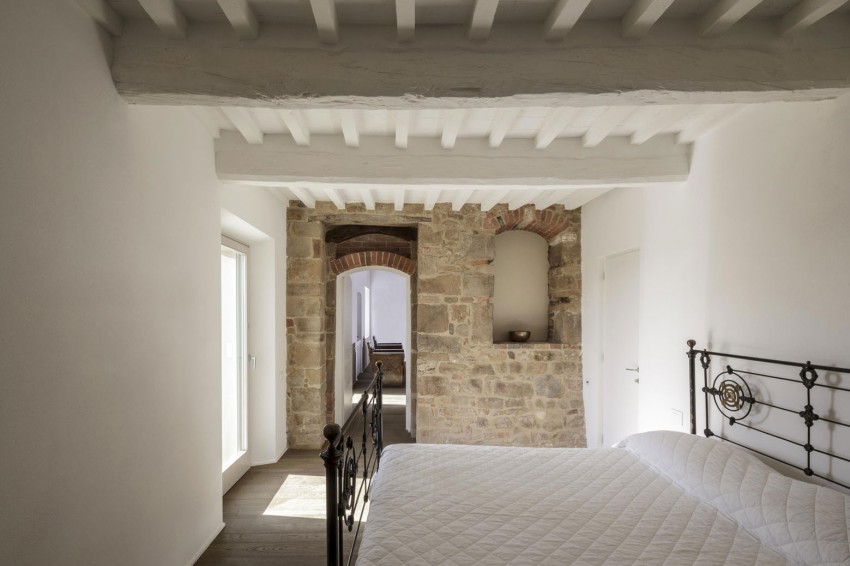 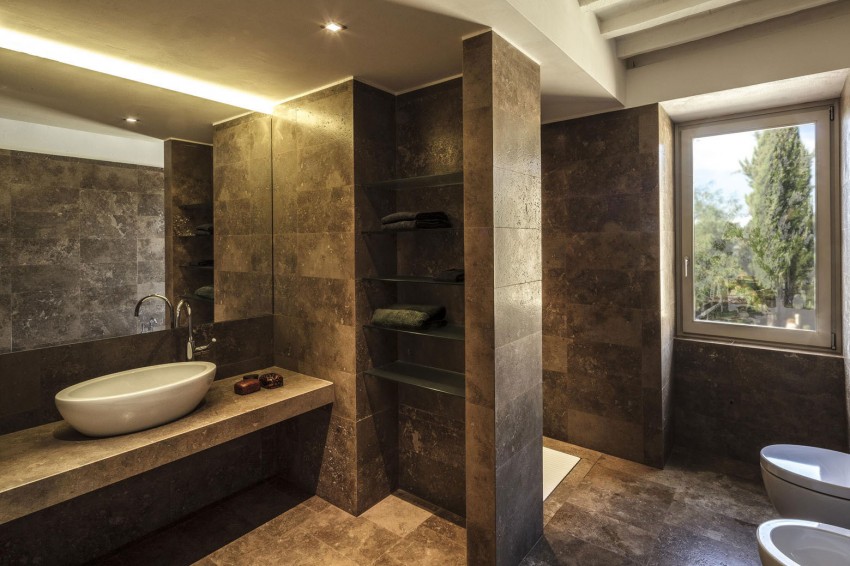 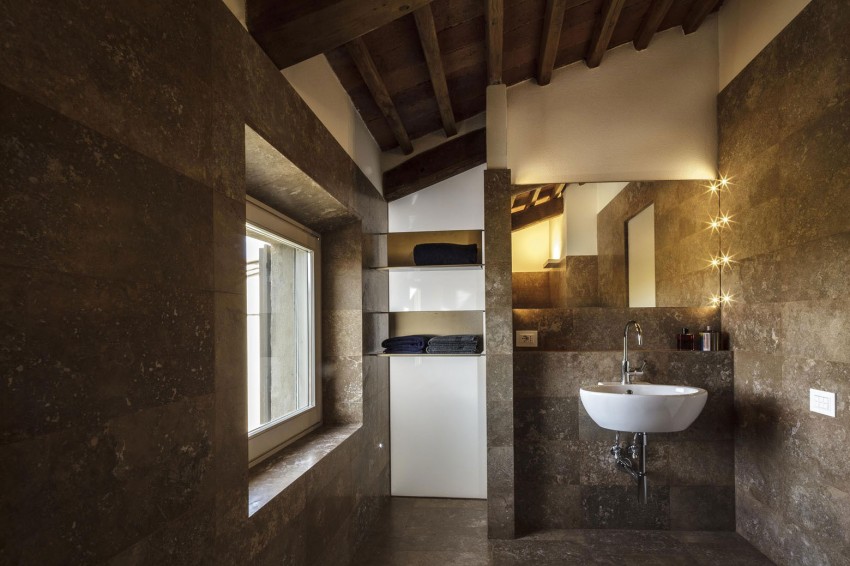 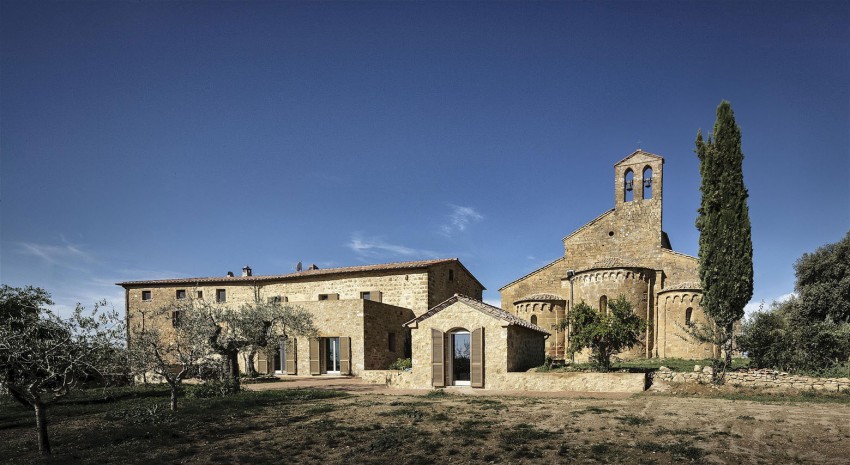 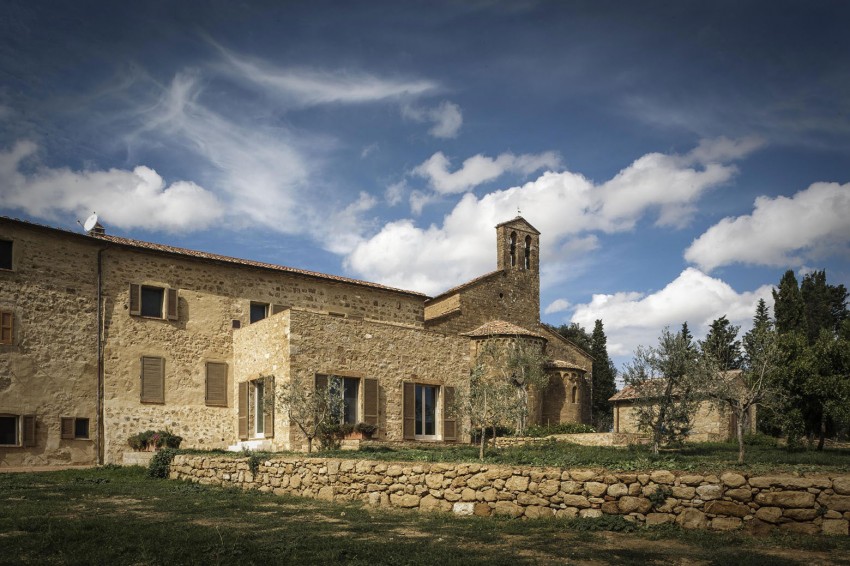 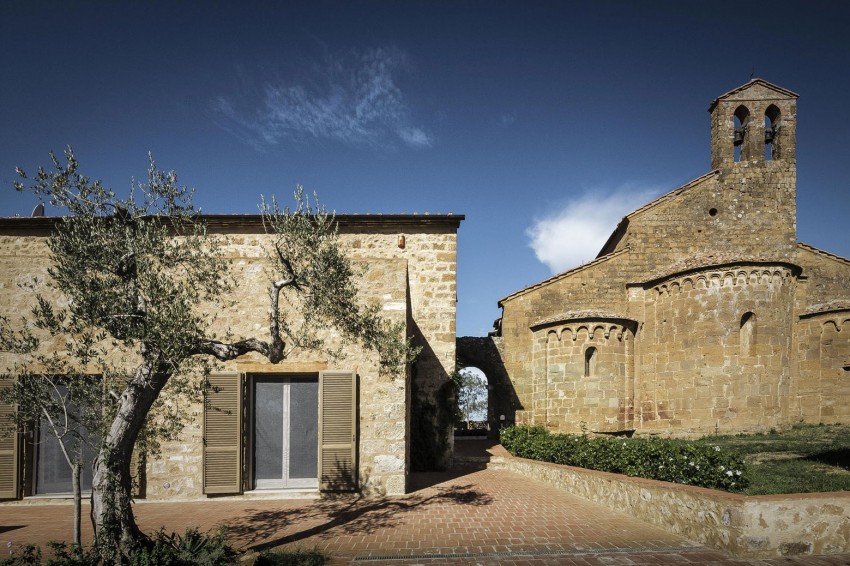 The project called for the transformation of the farmhouse into a residence, adapting the structure to the clients’ requirements by redesigning the interior layout, restoring and renovating the facades, and providing new mechanical systems.
There was no increase to the existing historic volumes. A series of service volumes in very poor conditions were demolished to reveal the building’s original structure. The program called for the design of a weekend home (540 square meters/5800 square feet) on three levels to be used for the social and artistic life of the owners – a film producer and an art collector.
The building is connected to the historic religious structure by a sandstone arch, contemporaneous with the Romanesque church. The Pieve (Church) of Santo Stefano in Cennano is located to the west of Castelmuzio along the Pieve country road. The church was constructed on a sacred Etruscan site, evidenced by the many graves, urns and inscriptions unearthed in the area. The site later became a pagan temple and finally a Christian church, located along an important medieval pilgrimage route and rebuilt in the Romanesque style in the second half of the 12th century.
The three apses have survived while the interior is now a single nave. The Parish declined in the 14th and 15th centuries until it was completely abandoned. The church was restored in more recent times. The property annexed to the church (perhaps once used to host pilgrims along the pilgrimage route and more recently as a farmhouse) was already included in the Leopold Cadastre from 1865 but was presumably built in previous eras.
Photos by: Pierluigi Dessì