Congregation Residence is a single family home designed by Naturehumaine and is located in rue de la Congrégation, Montreal, Canada. 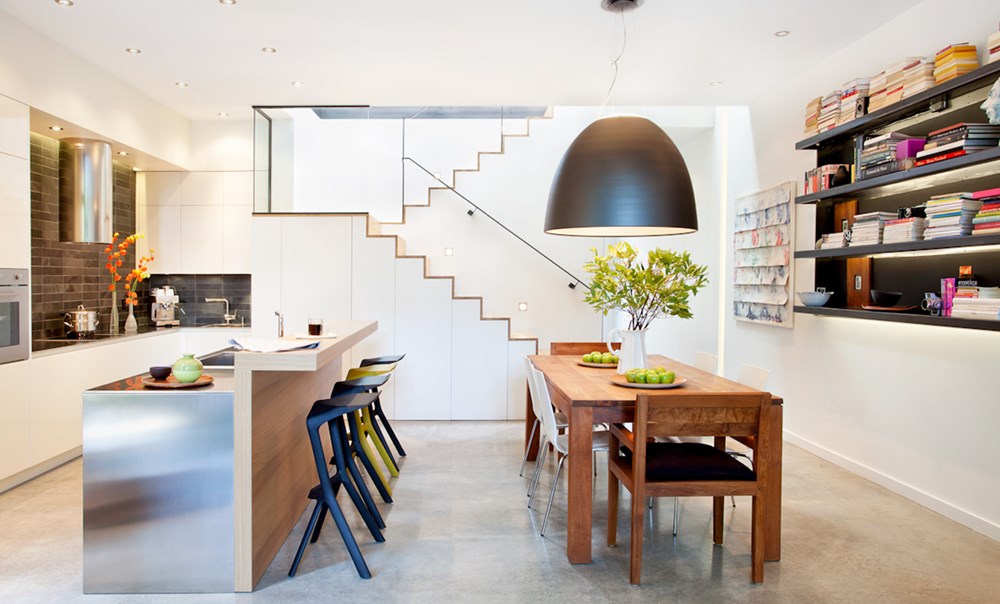 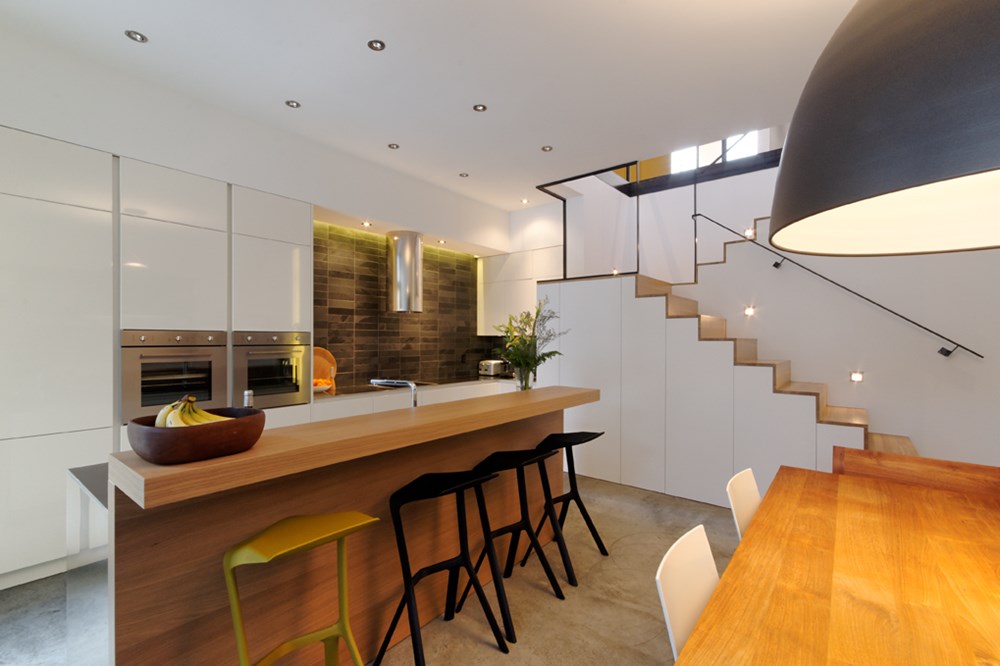 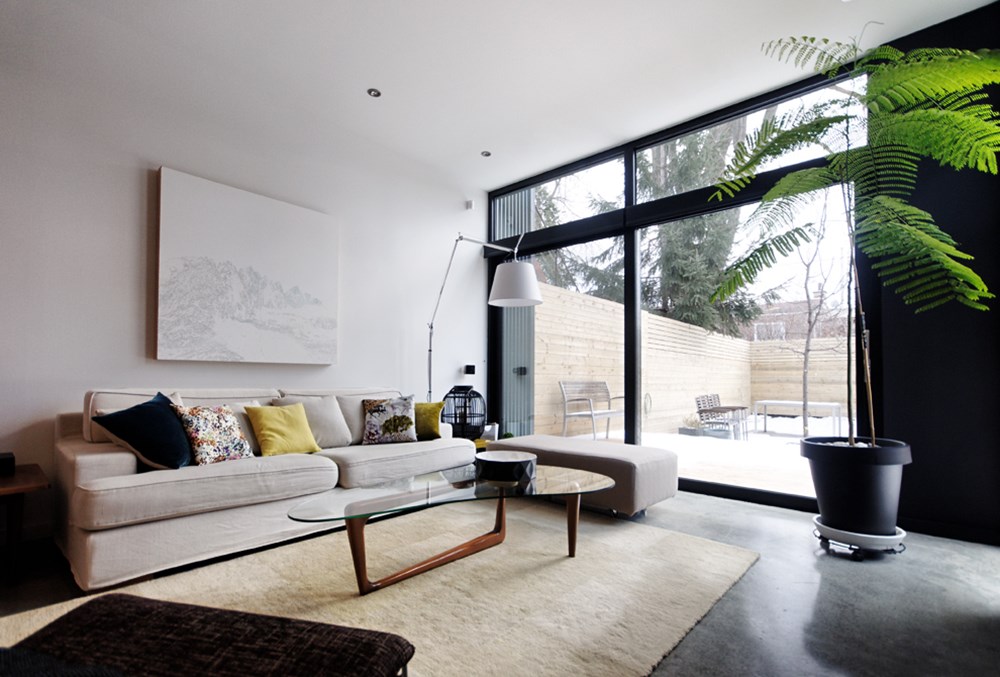 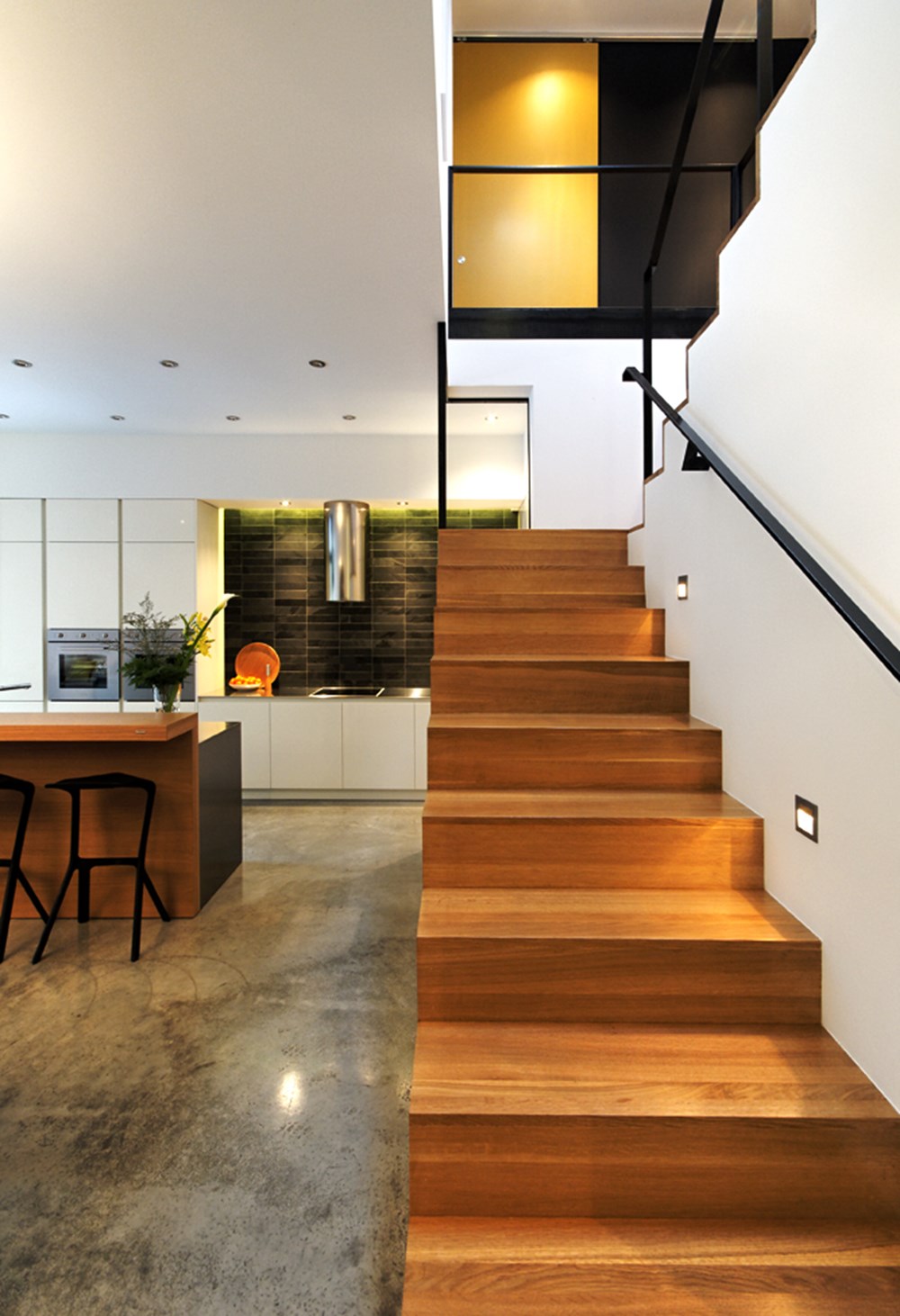 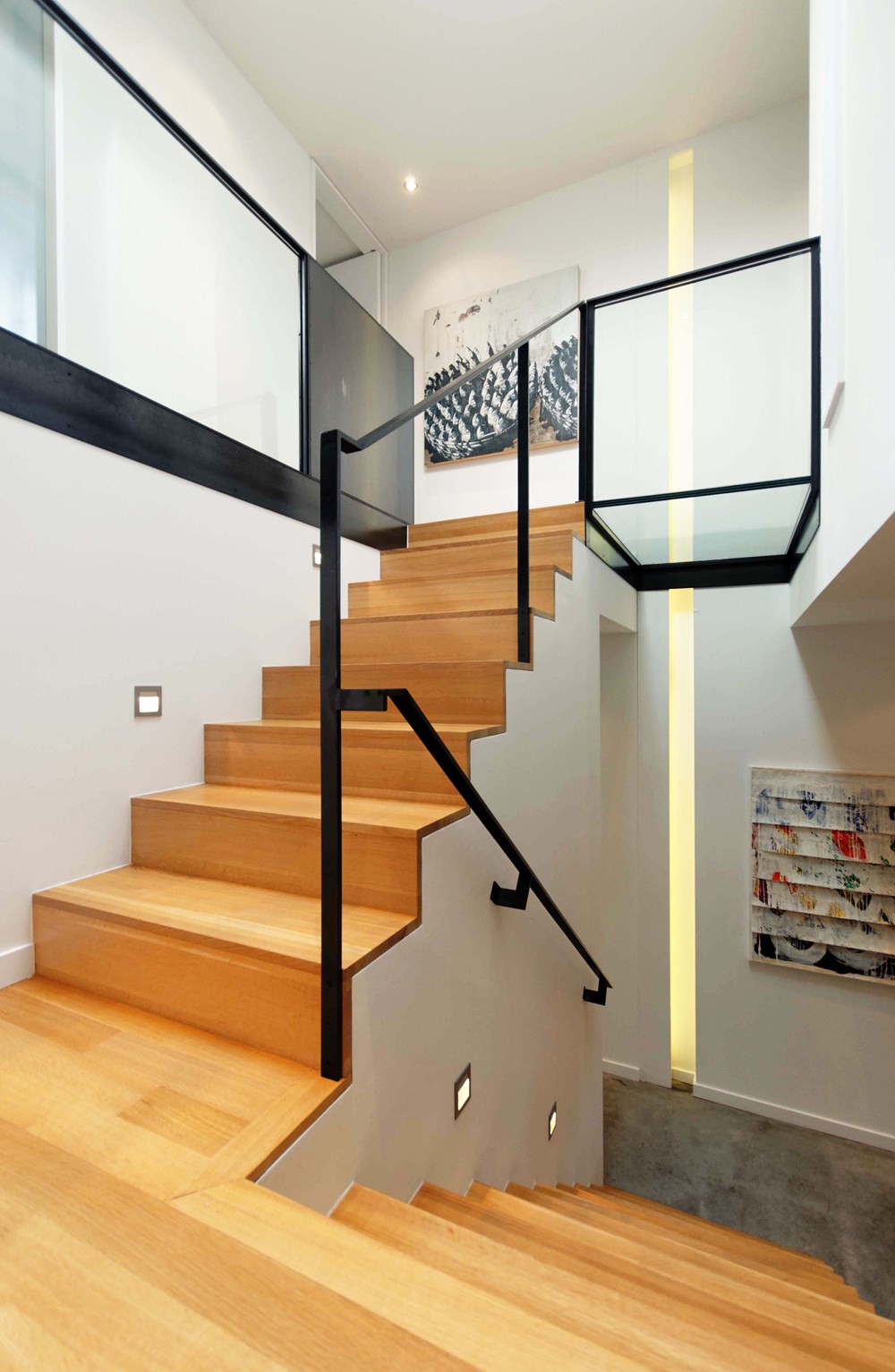 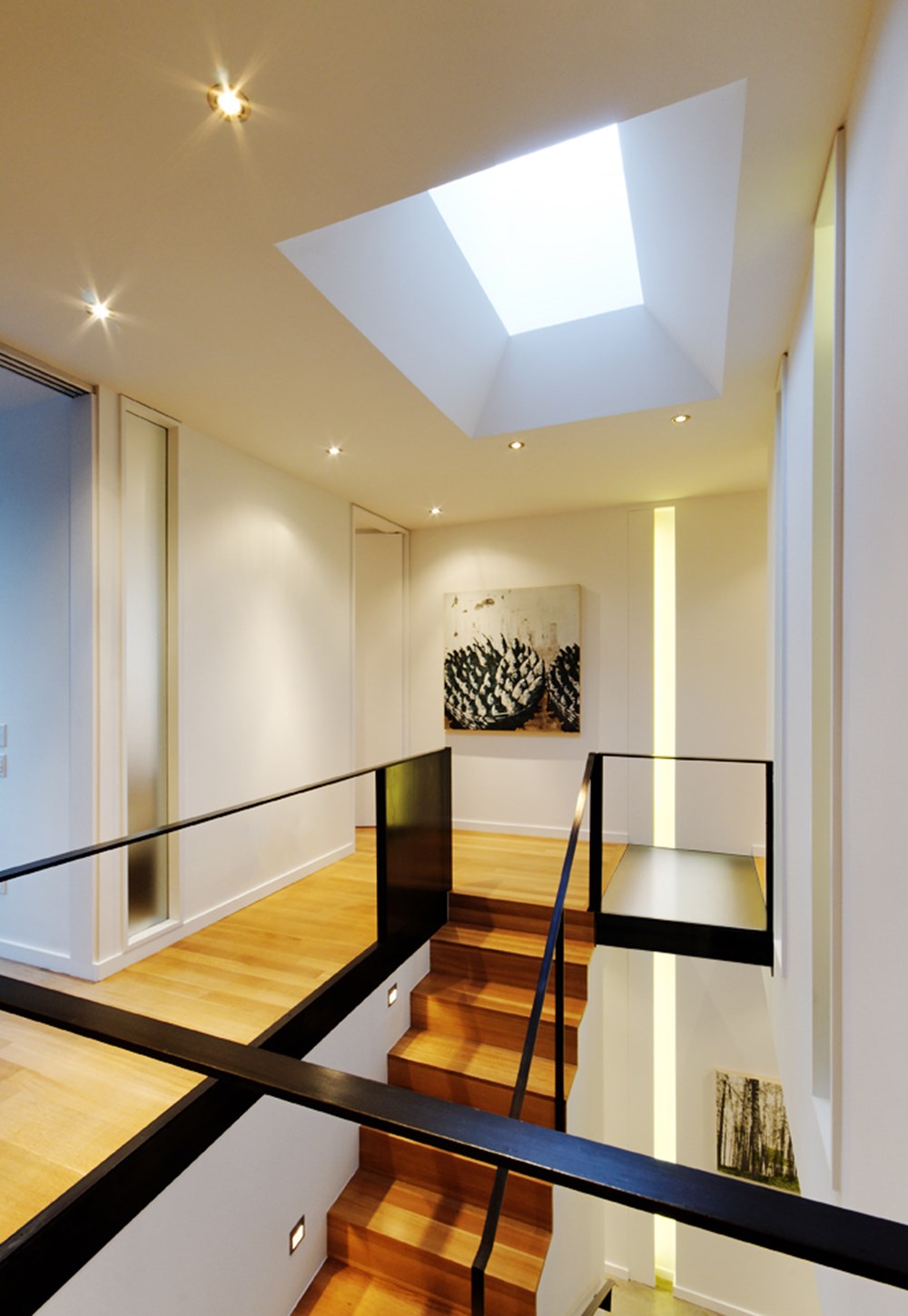 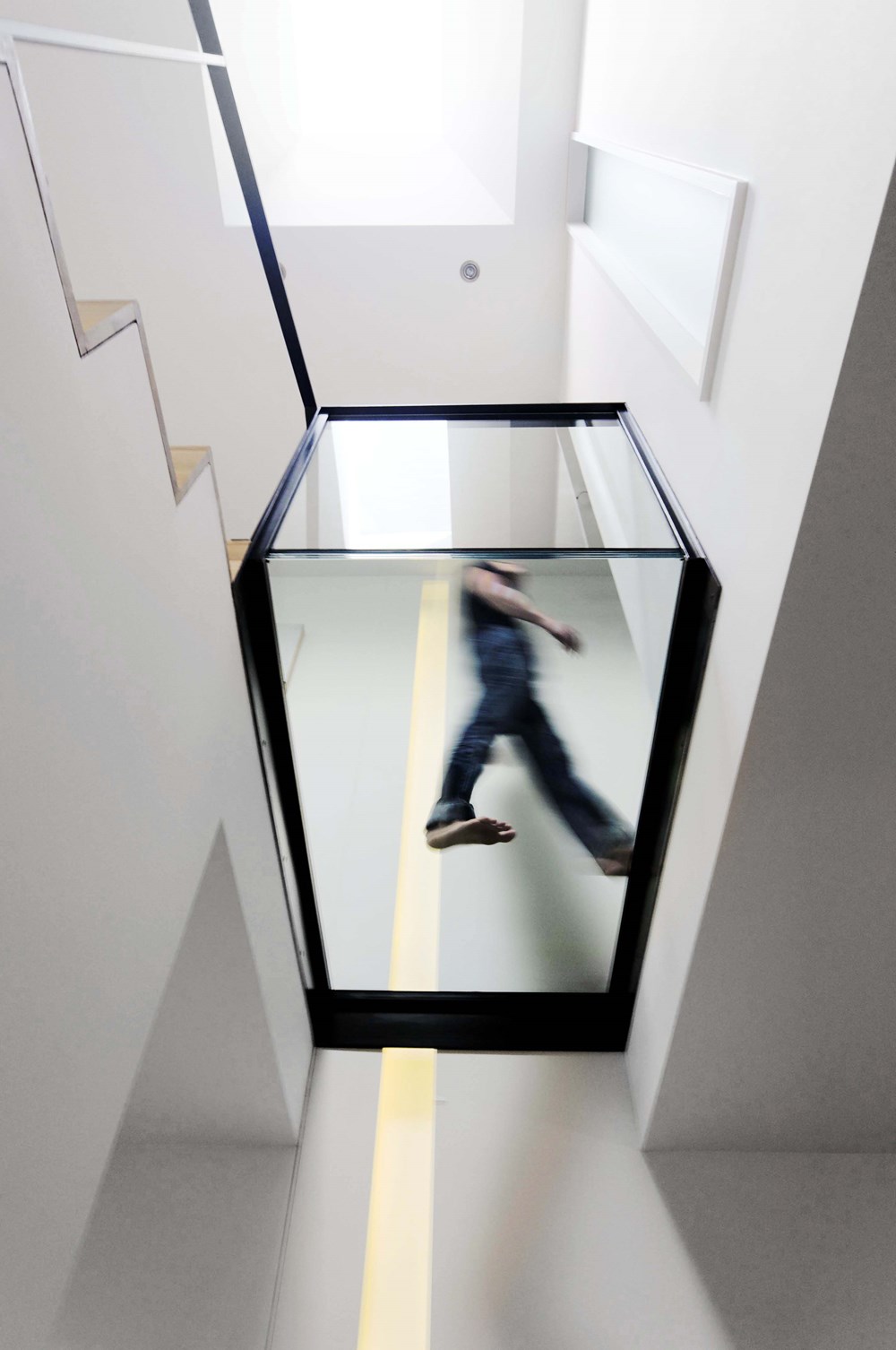 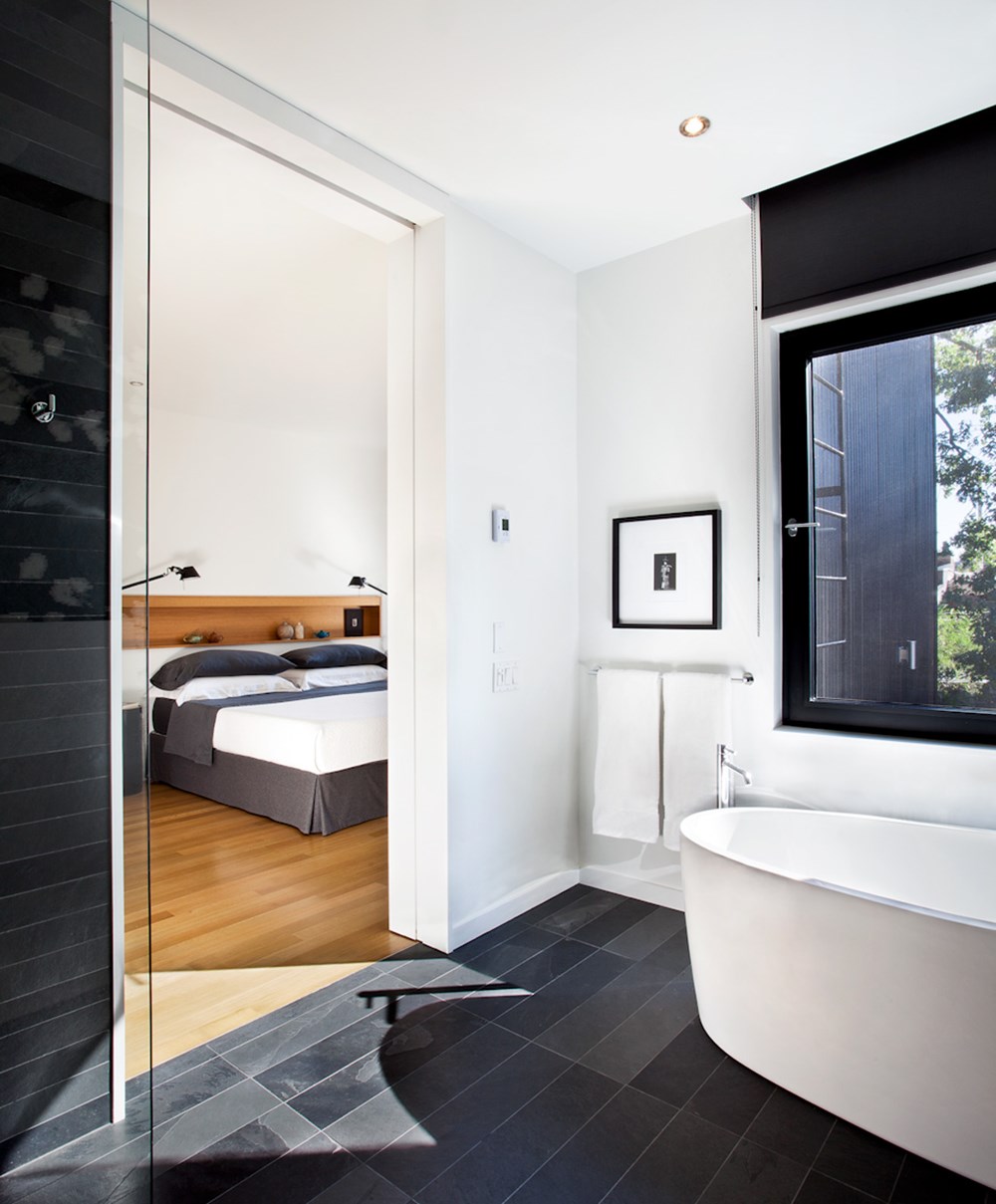 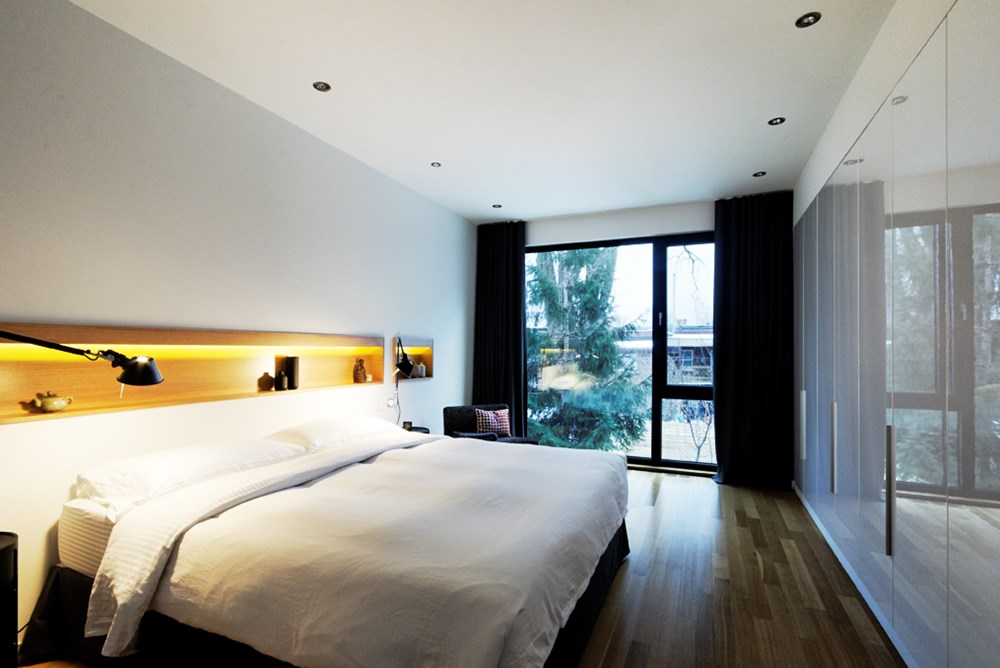 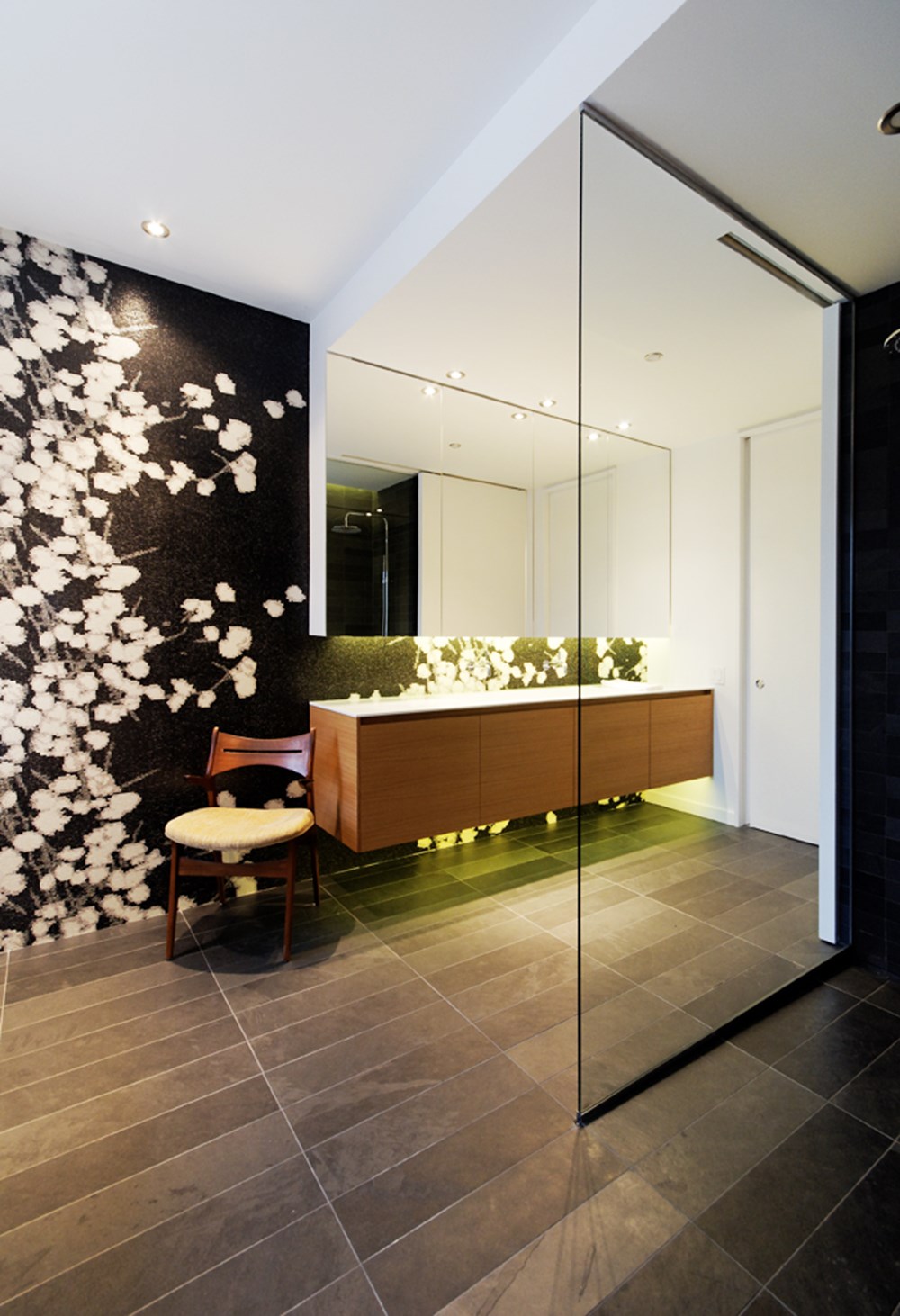 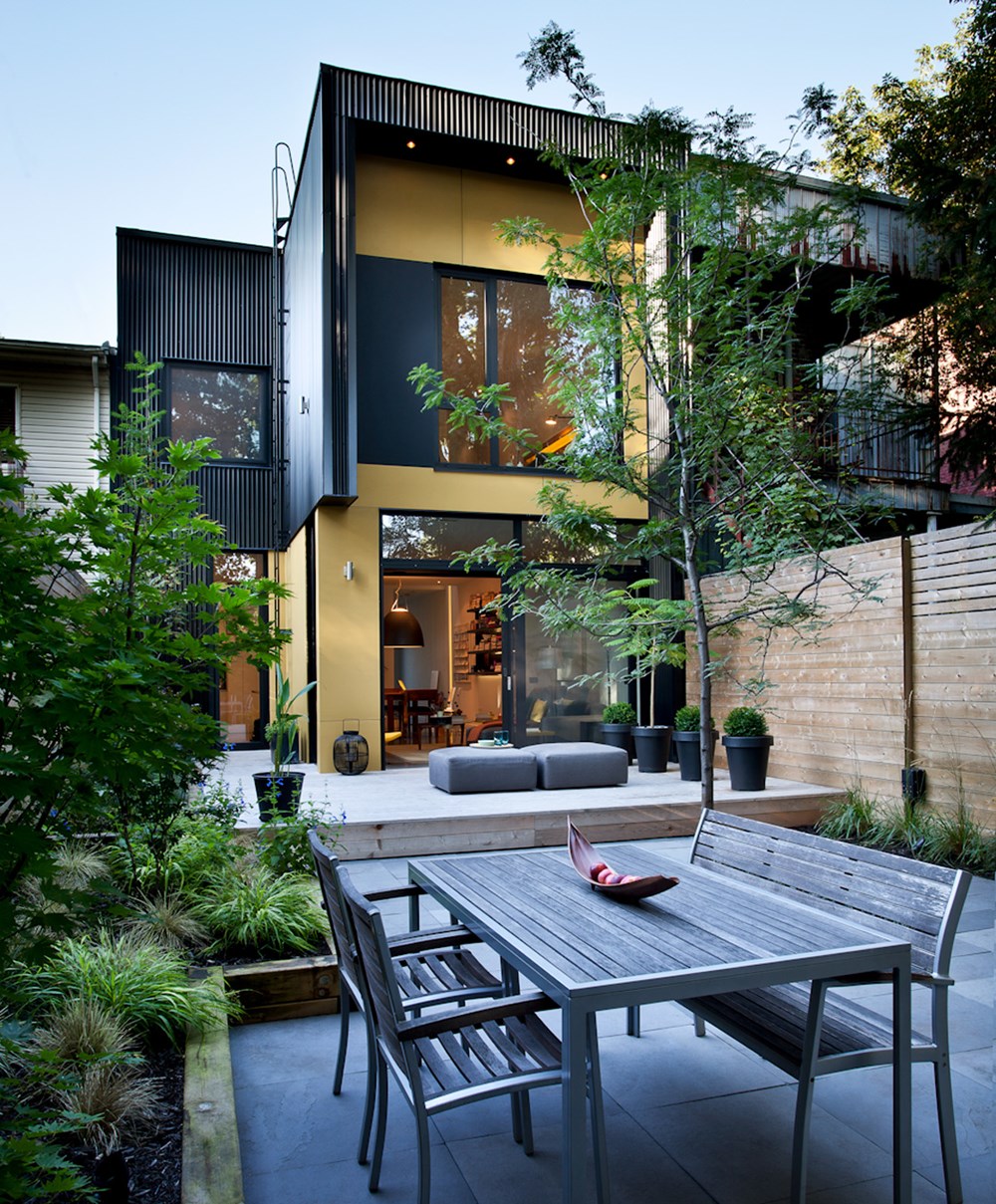 The concept of the house is based on the physical distinction between the living space and the work space. The volumetry is modulated through the introduction of a vertical shear which divides the house in two zones. This rift is marked by the introduction of a double flight stair, a glass catwalk and a double height ray of indirect light. It is within this aperture that the playfulness and dynamic of the house is taking place, where all viewpoints converge.
The street facade is composed of dark brown brick accentuated by a series of recessed horizontal joints. A glow of warmth is brought with the introduction of various Spanish cedar panels in conjunction with the window layout.
The articulation of the garden side facade is formally conceived as a coat collar providing a visual protection from the two adjacent neighbors. The black undulated steel paneling is projecting from the roof line and down onto the east side, to be cut on its return on the west facade. The ochre color of the painted concrete panels creates a sense of drama in contrast with the sobriety of the street facade.
Bringing forward the quality of natural light within the house, the general palette of materials is chosen to be varied but toned down : white for most of the walls and kitchen cabinets with a few accents of black paint, a concrete floor for the ground floor, white oak for the second floor, stairs and built-in furniture, natural steel for the bookshelves and the handrail, black slate for the bathroom and the kitchen wall. Only one accent of ochre is applied to the sliding doors of the painting studio.
Composing with the constraints imposed by the city to keep the street facade subdued and with a strong desire to integrate the rear facade to Montreal’s typical backyard architecture, the house nevertheless yields a distinct personality and a calm sense of humanity.
Photographs: Marc-André Plasse