Ace Hotel Portland occupies a city block in the heart of an emerging neighborhood of Downtown Portland bordering the Pearl District once known as the Gay Triangle. The building has been a hotel since it was built in 1912 and was previously known as the Clyde Hotel. 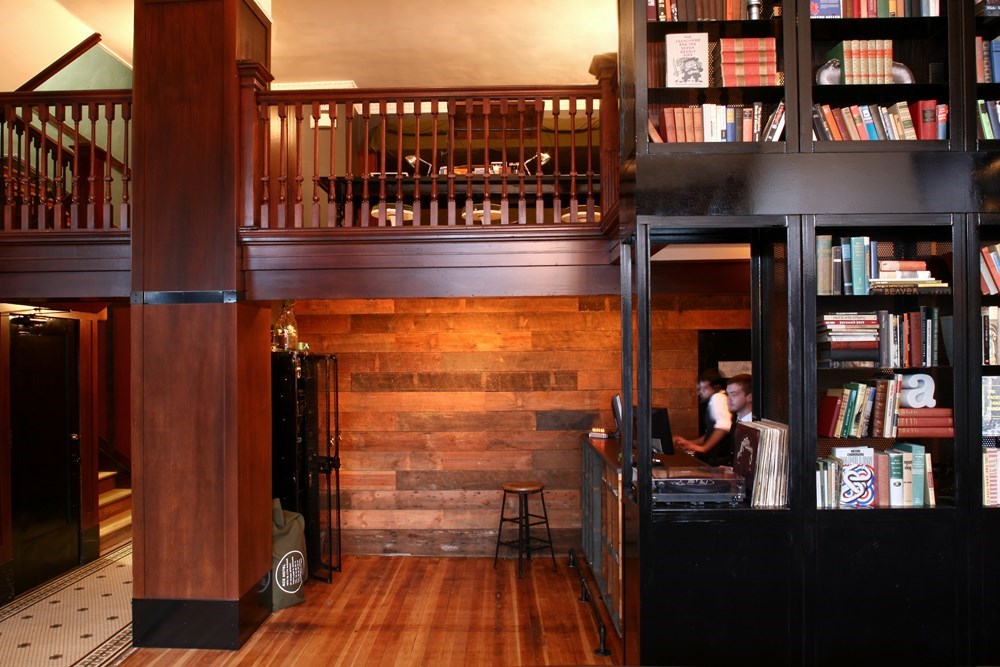 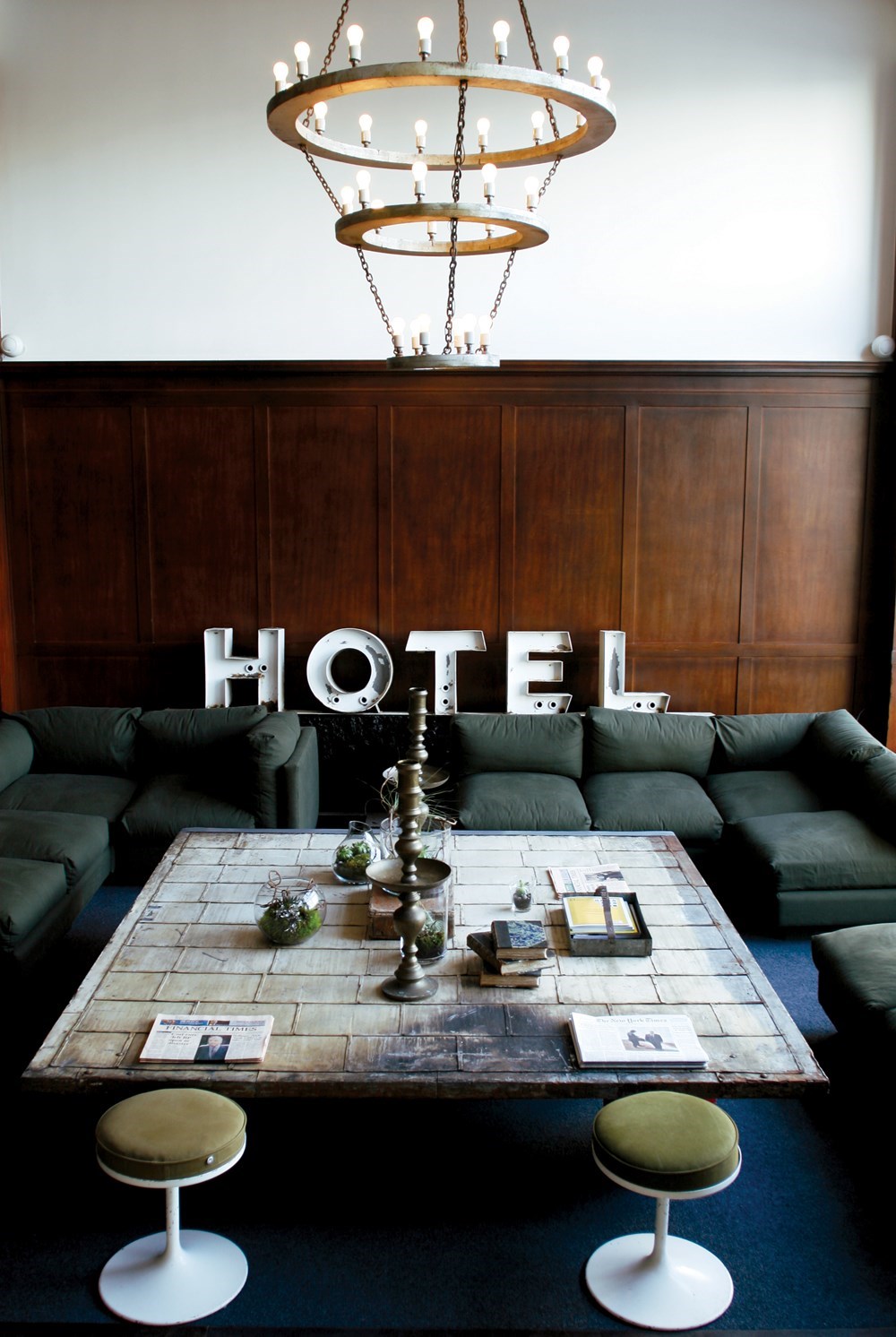 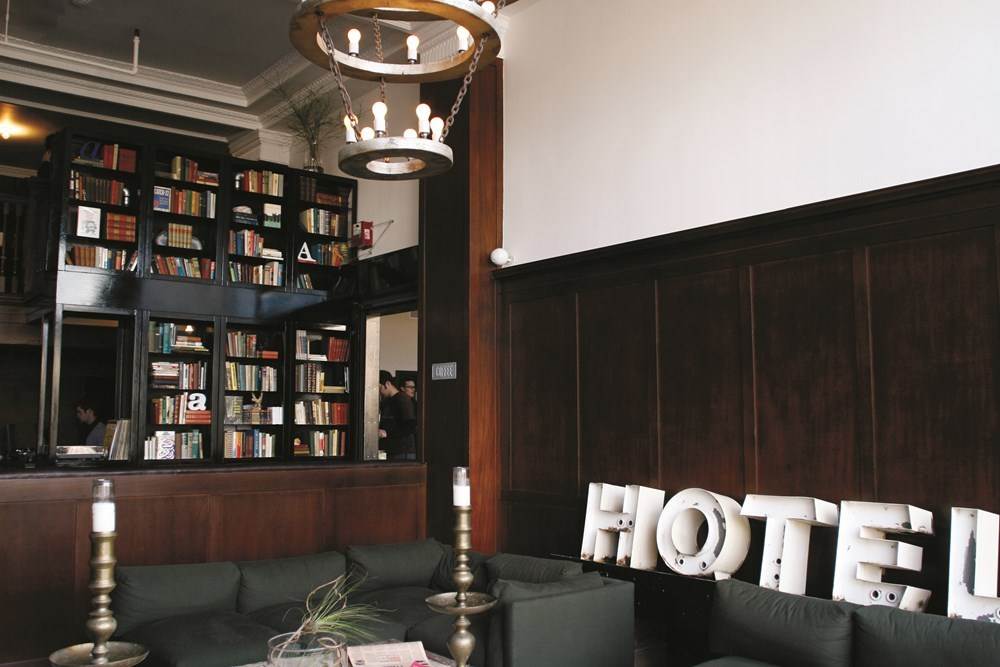 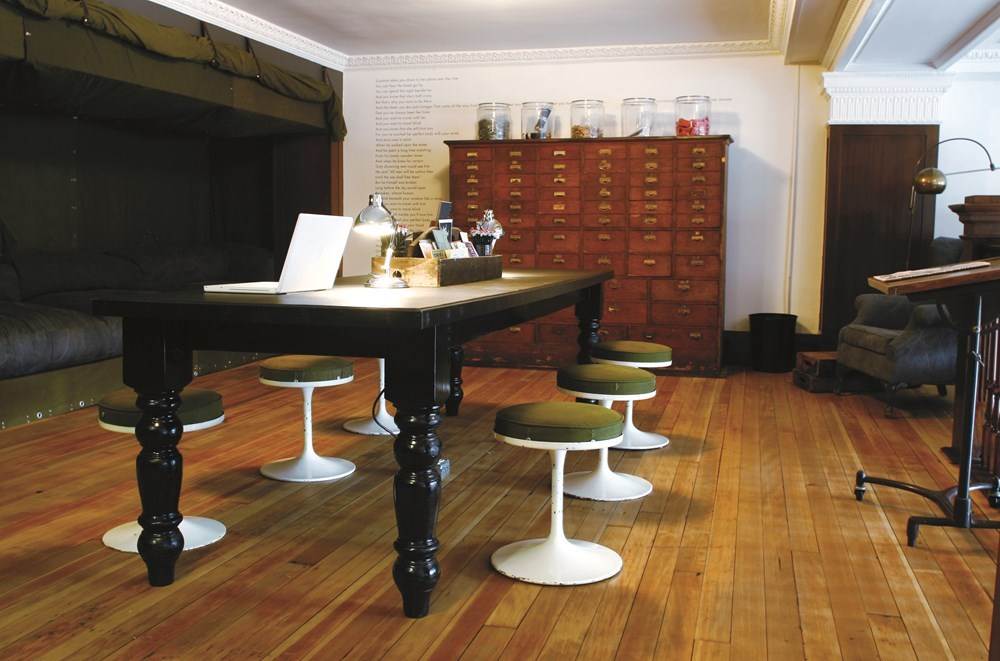 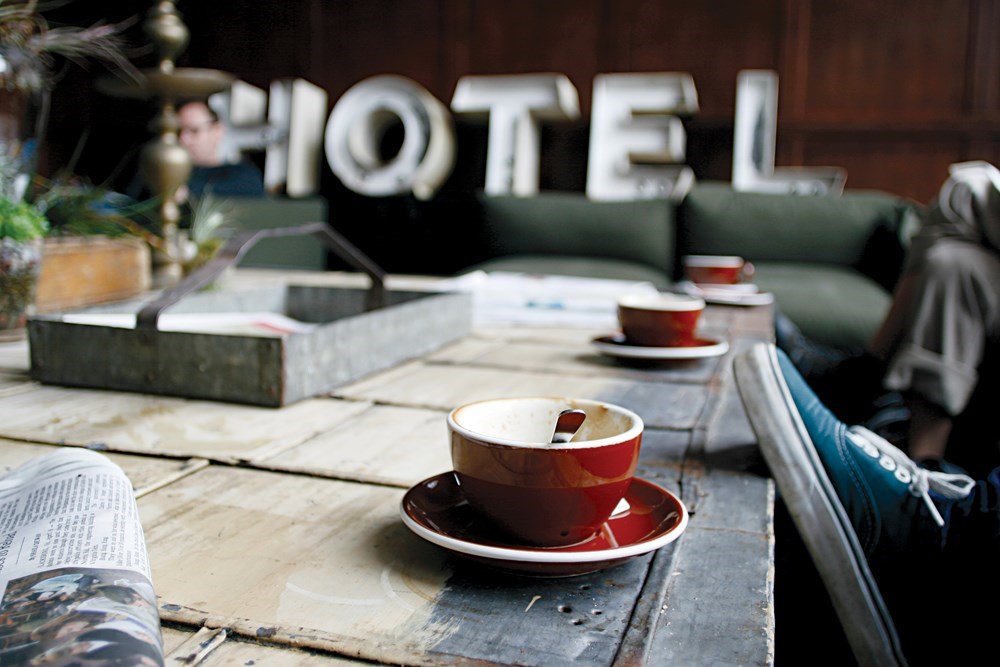 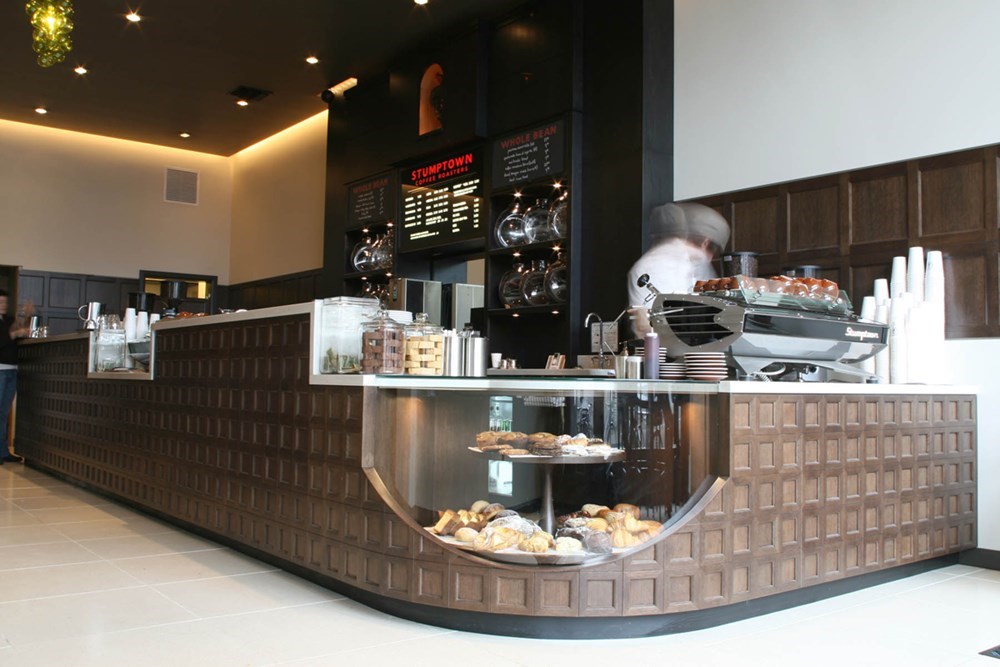 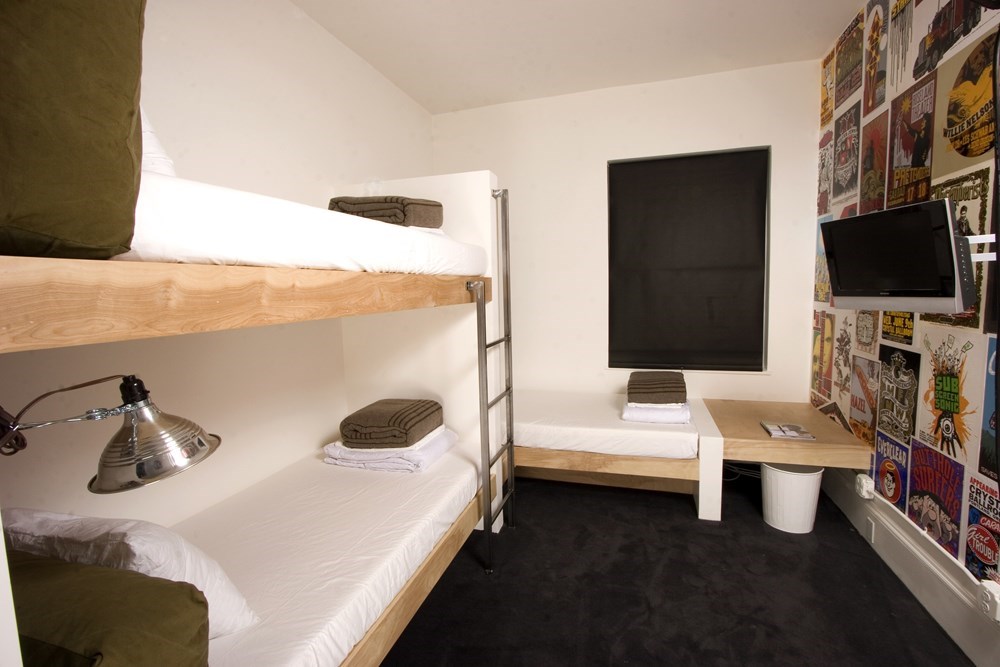 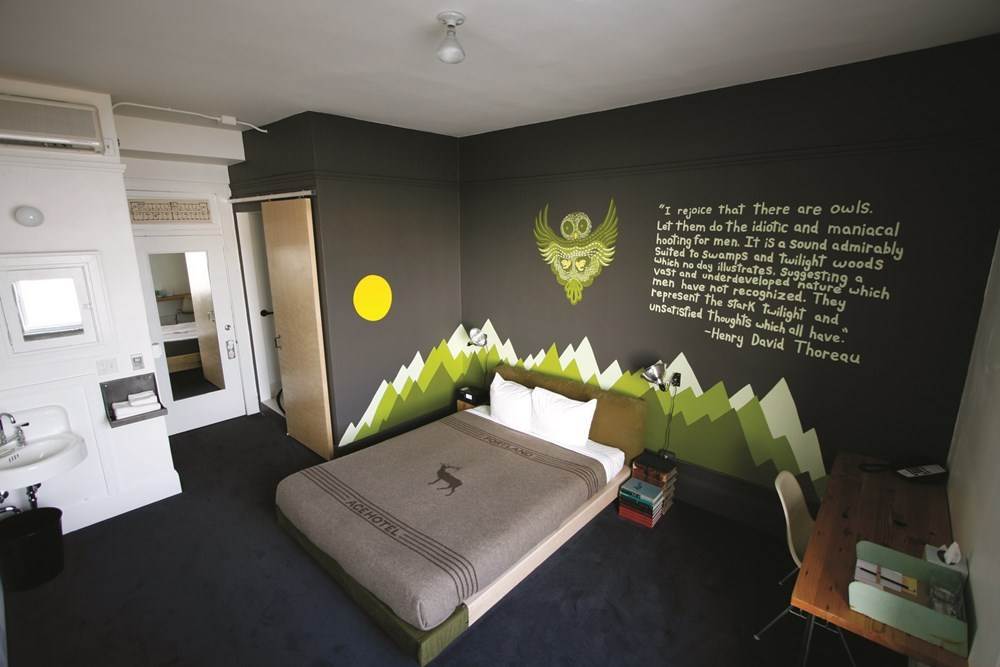 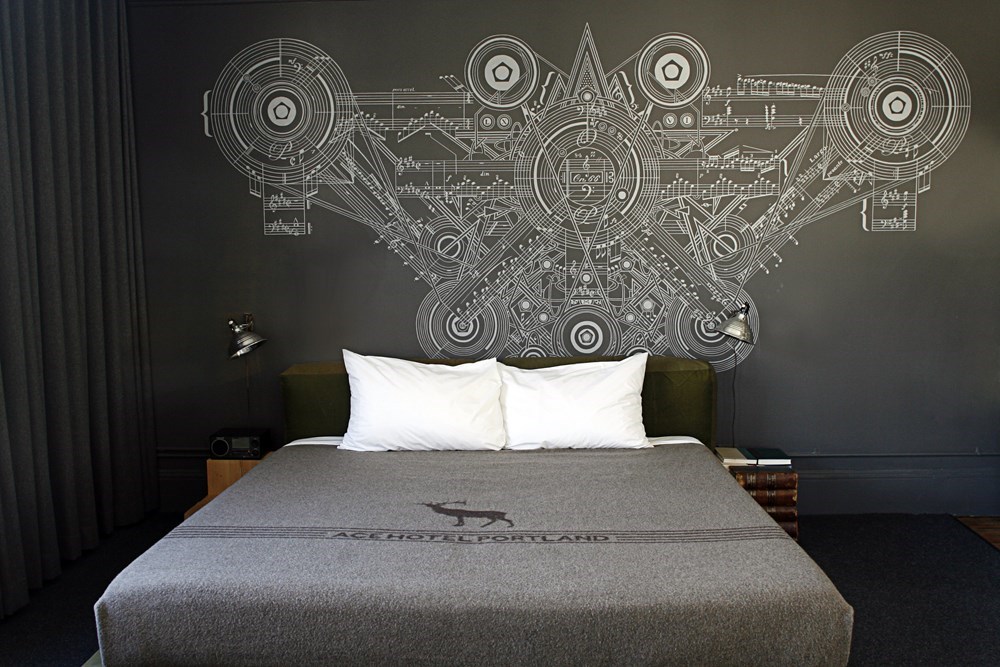 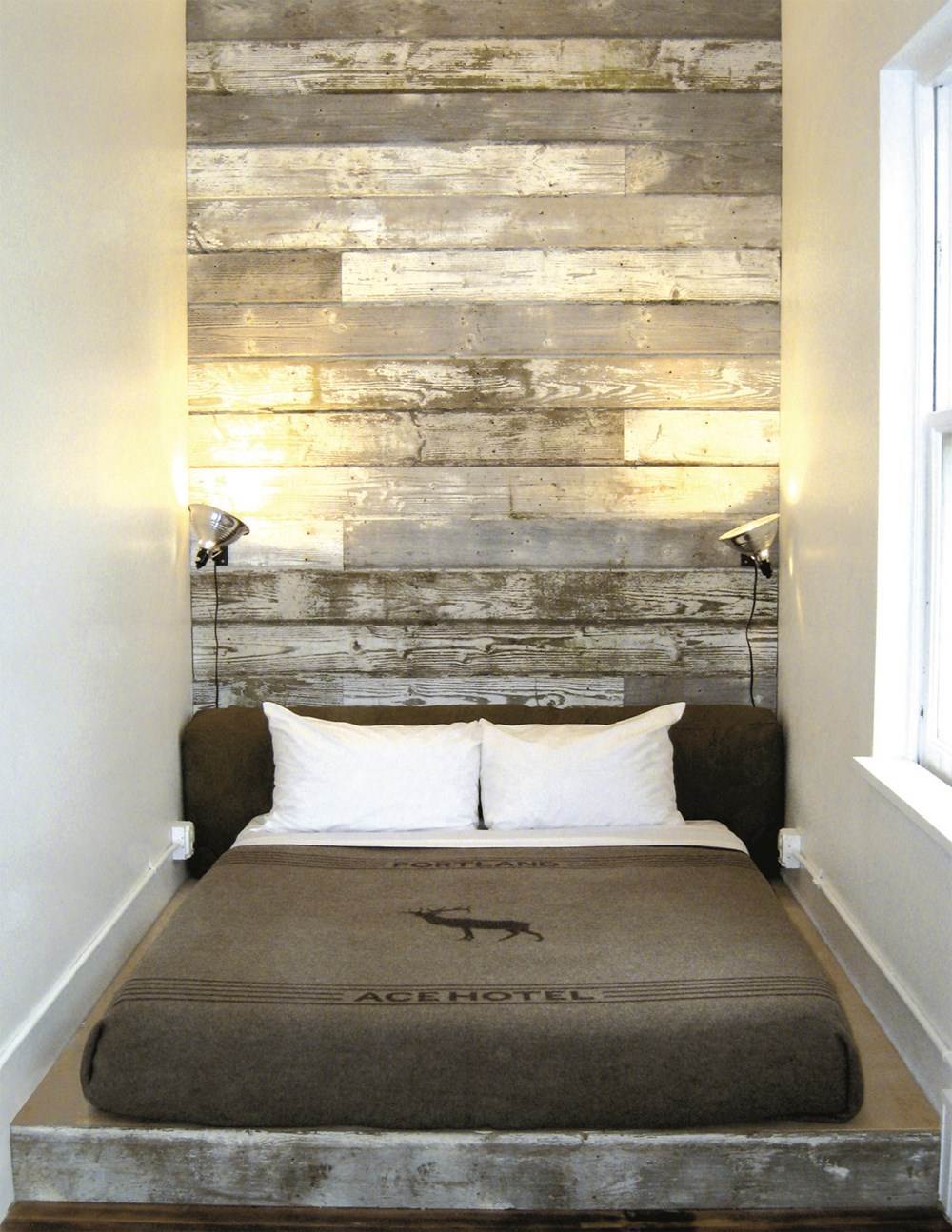 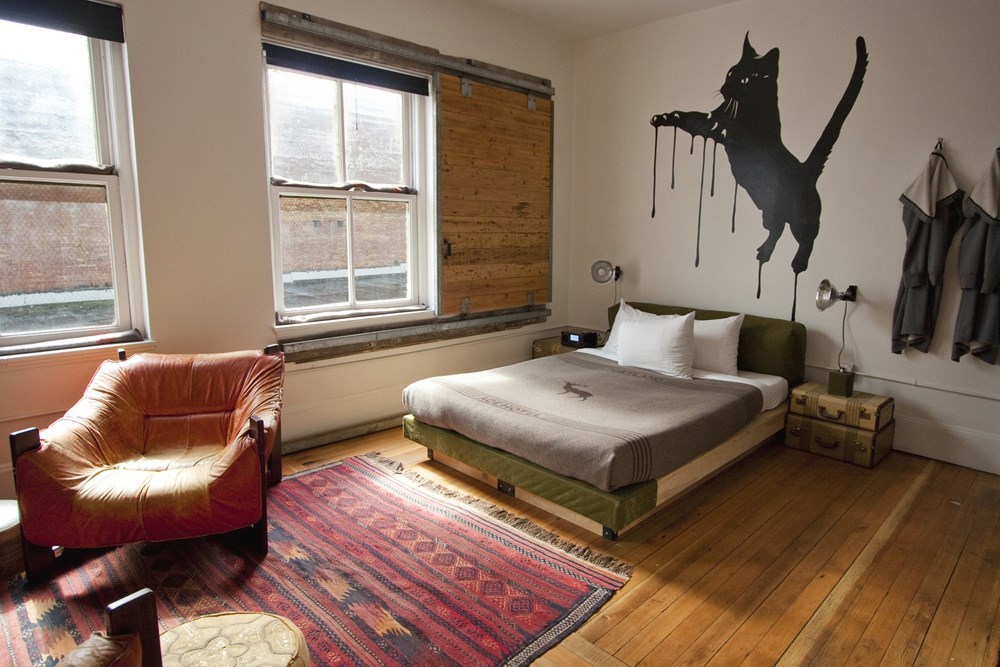 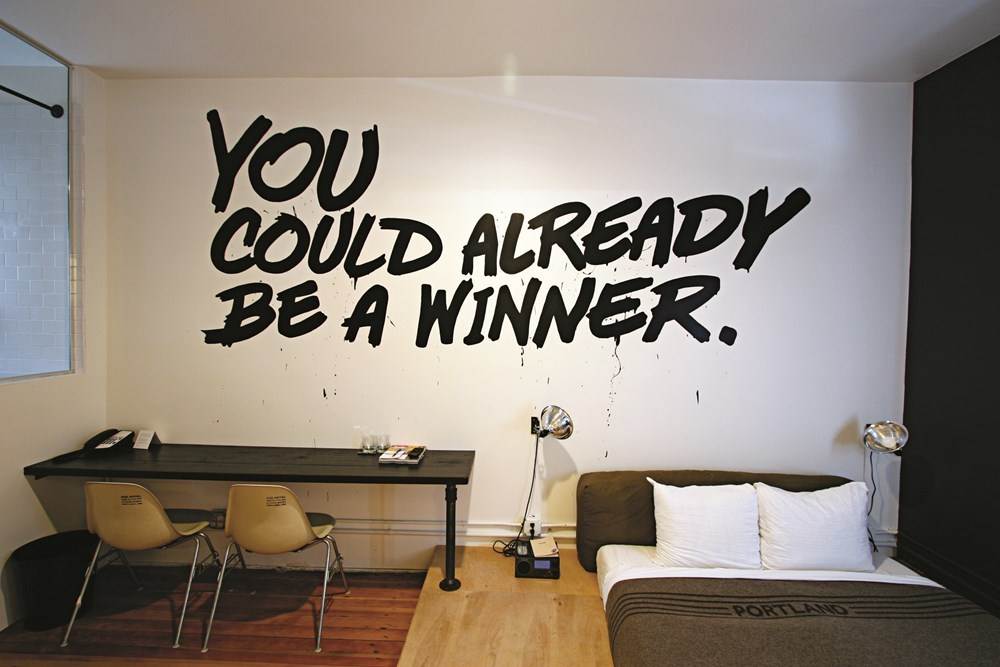 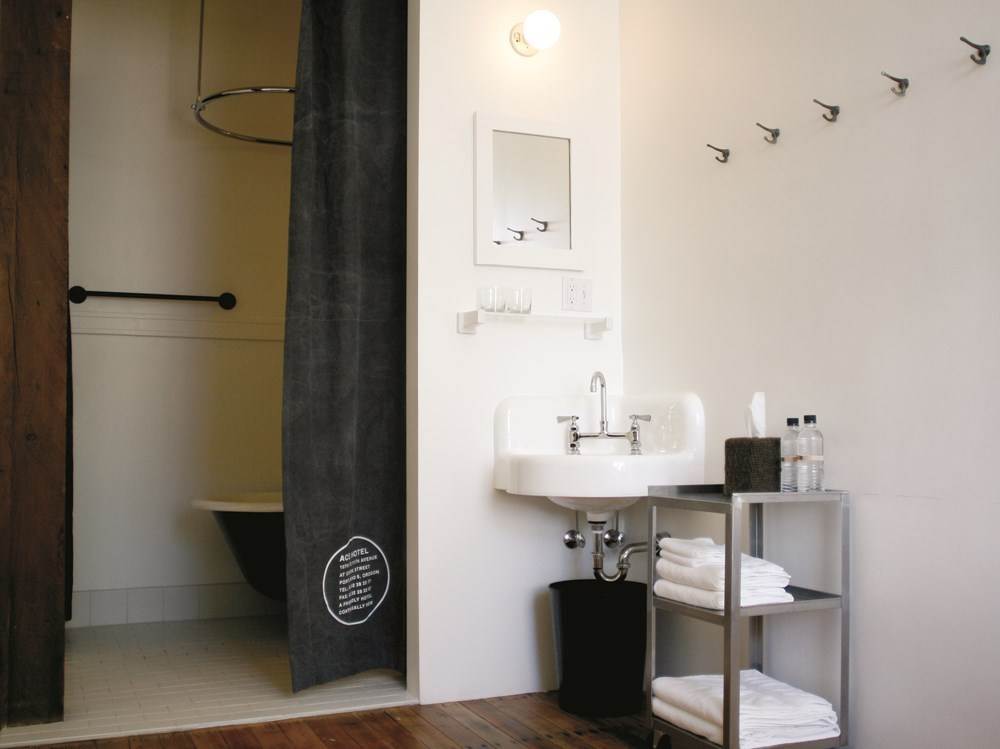 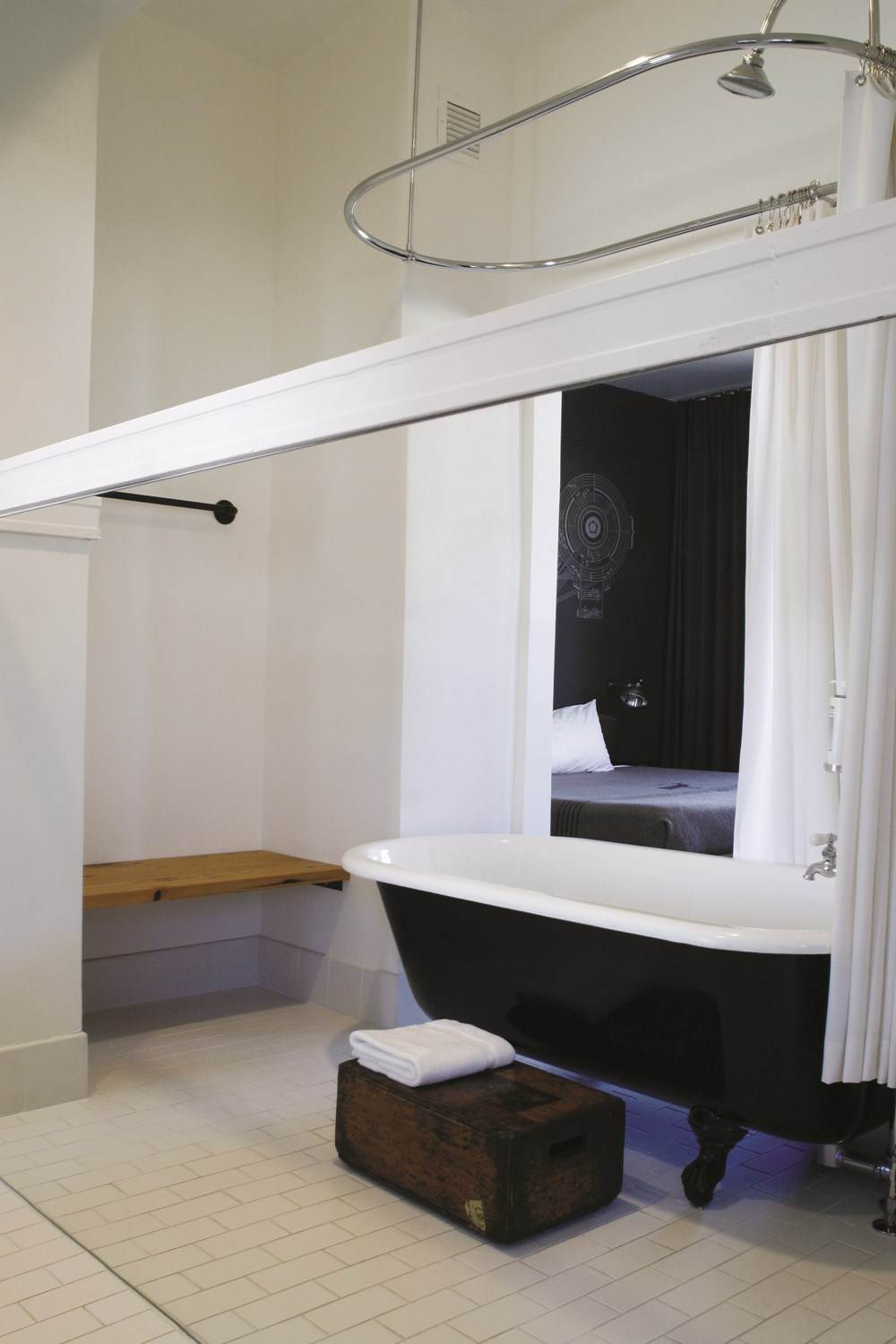 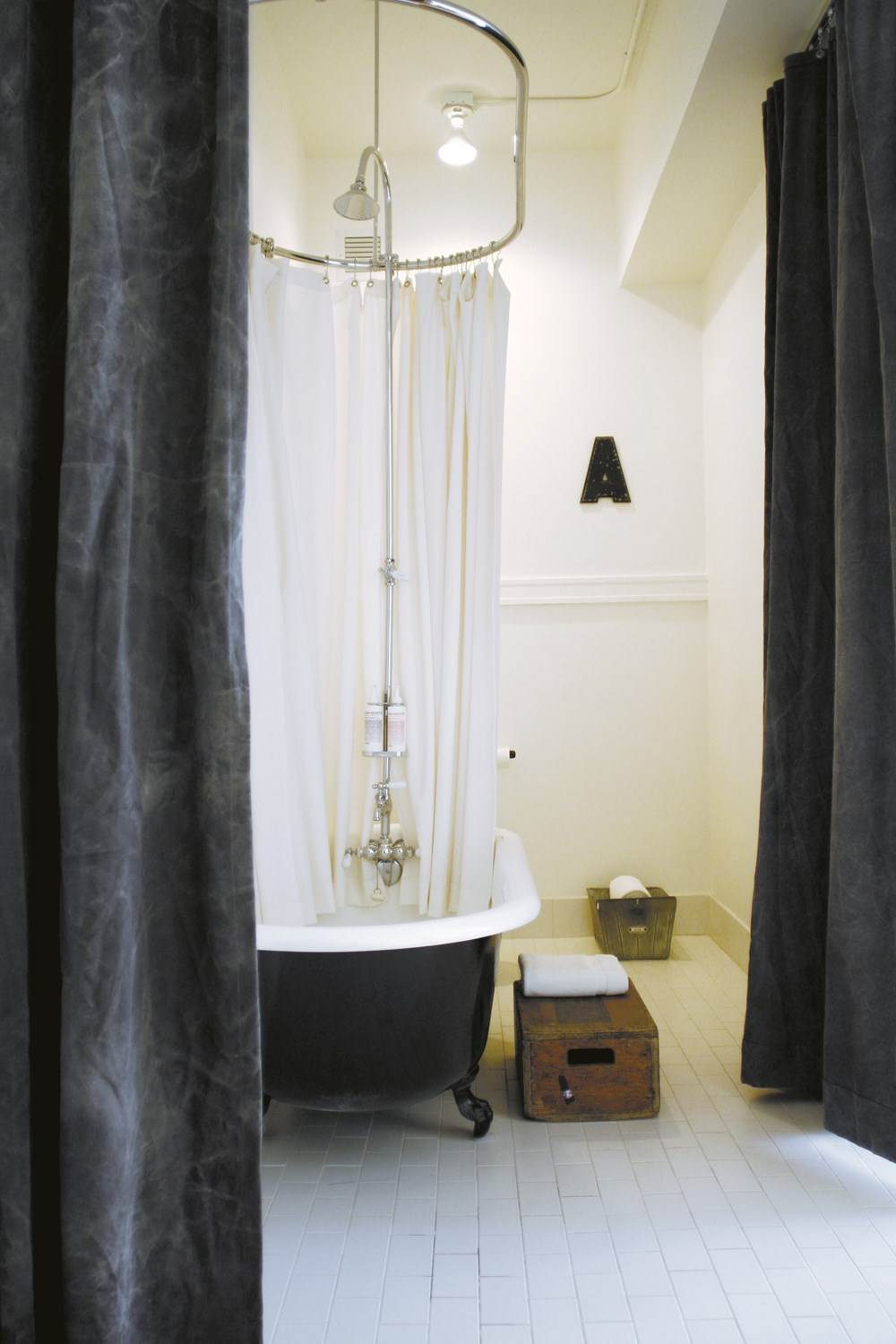 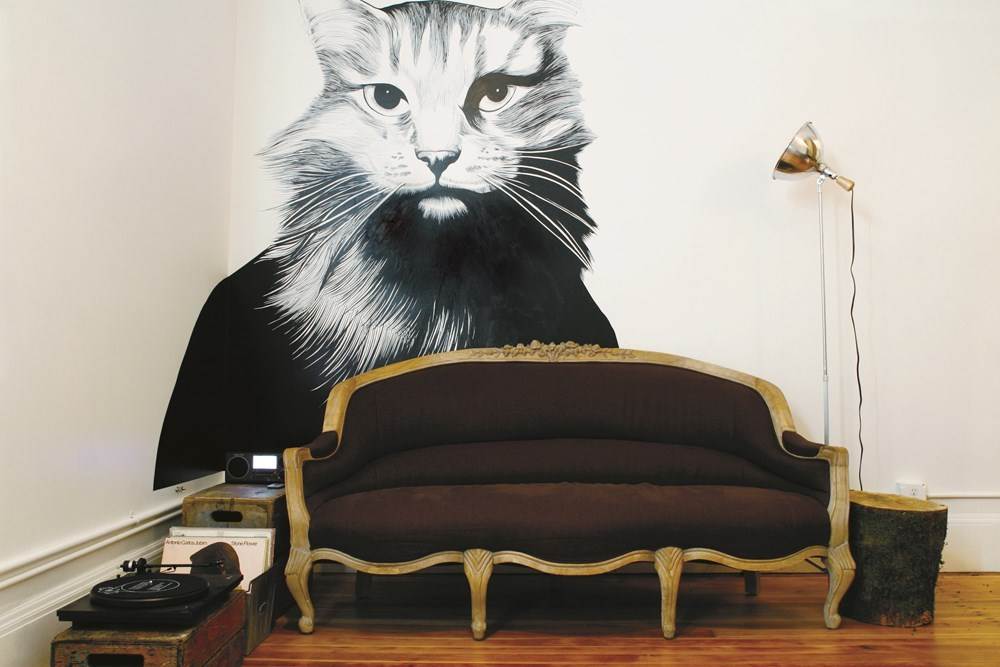 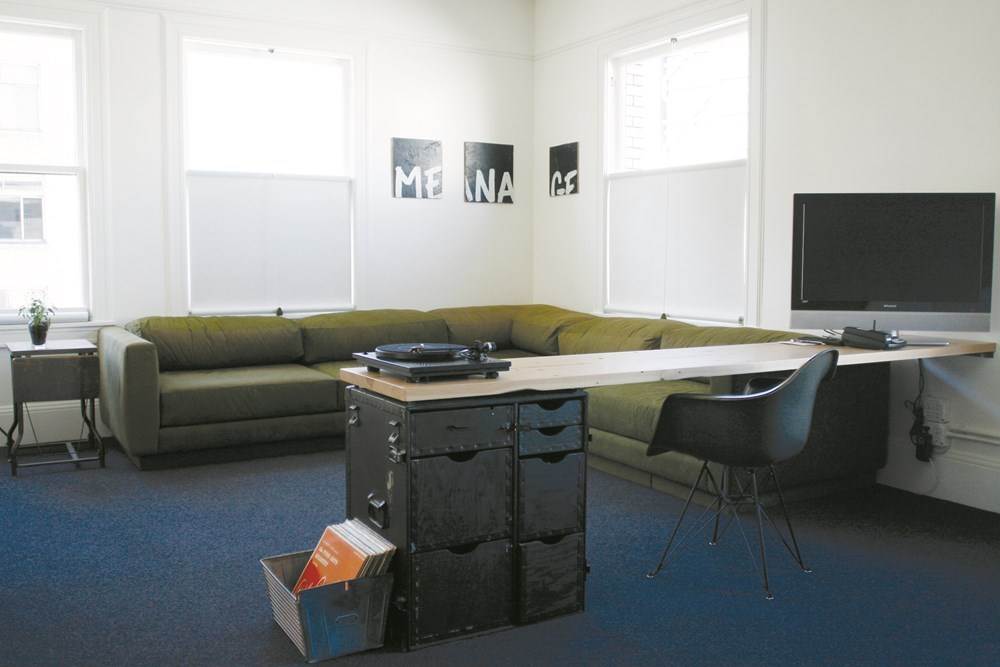 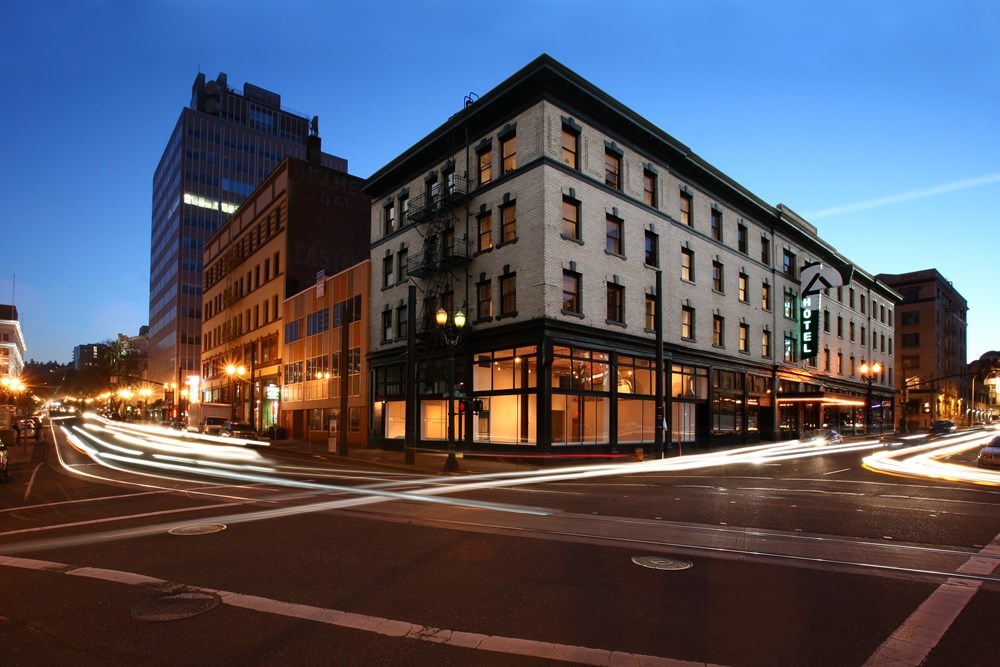 Many original details, like the deep cast-iron roll-top baths and capacious sinks, have been retained and refurbished. With its large windows and high ceilings, the 79-room hotel is characterized by ample proportions, luminous spaces and a reassuring sense of early twentieth century brawn.
“We retained as much of the historic character as possible,” Ace co-founder Alex Calderwood explains, “and married it with clean lines,” to create a look he describes as “warm minimalism.” Other features restored to their original beauty include polished wood paneling in the lobby, patterned mosaic tile flooring and vaulted moldings. The Ace team looked to local artists, suppliers and craftspeople for a mix of modern and vintage elements to create a distinctive Ace aesthetic conversant with its surroundings. “We wanted the hotel to reflect the aesthetics and culture of Portland and the Northwest,” Calderwood said. In addition to its vibrant music scene, Portland is a hotbed of graphic art talent which draws strongly on local subcultures like skateboarding and graffiti, comic and ‘zine cultures and the handmade crafting movement. Many artists work with local bands like the Decemberists, Glass Candy and the Thermals creating visual identities for album covers, websites and concert flyers. Reflecting this strong graphic art culture, Ace Hotel woks with artists — some local, others international — to create murals in rooms and public spaces within the hotel.
Portland is something of a retro mecca — a haven for architects seeking reclaimed building materials, record collectors hunting down rare vinyl or stylists looking for inspiration from vintage clothing. Ace’s team is informed by this Portland tradition and sources many quirky, vintage moments for guest rooms locally. Elegantly disheveled yet uncluttered, comfortable and bohemian, not one room in Ace Hotel is alike. The result is that the rooms don’t look like hotel rooms, but rather more like how you might want to have your own home. There’s a home-like sense of comfort as well, felt in the choice of mattress to the roomy sofas. Accommodations offer a variety of options from huge, airy deluxe rooms to more affordable options — nicknamed ‘band rooms’ for the touring band on a budget — with bunk beds and shared baths.
Photo Credit: Lauren Coleman, Jeremy Pelley, John Mark Sorum