Westcliff Pavilion is a project designed by GASS Architecture and is located in Johannesburg. The leafy suburb of Westcliff in Johannesburg is known for its majestic turn-of-the century mansions set within rolling acres of manicured gardens. 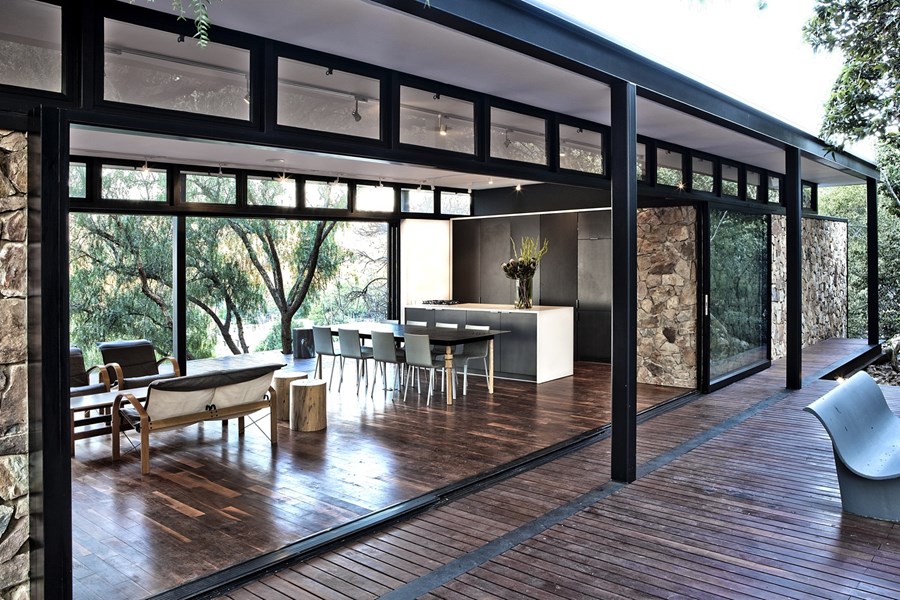 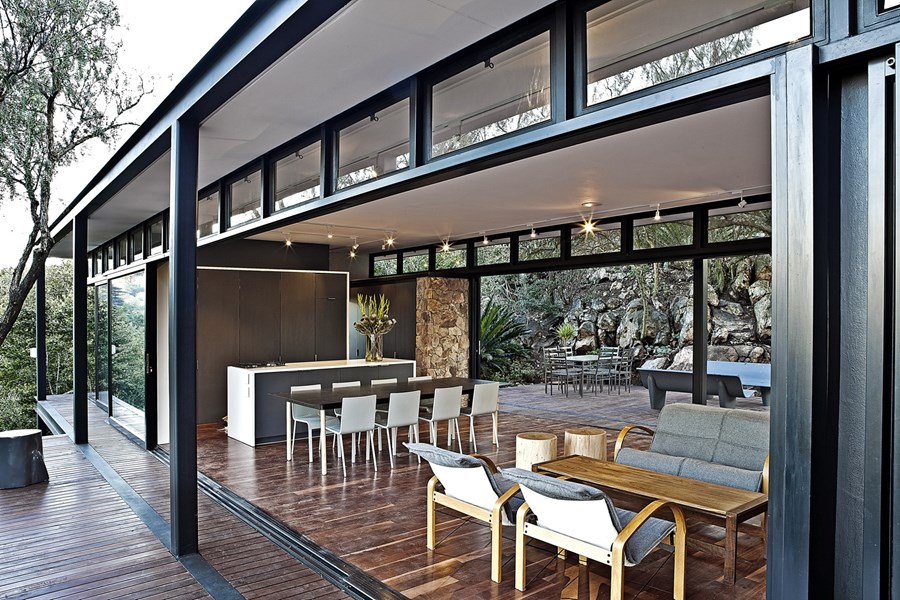 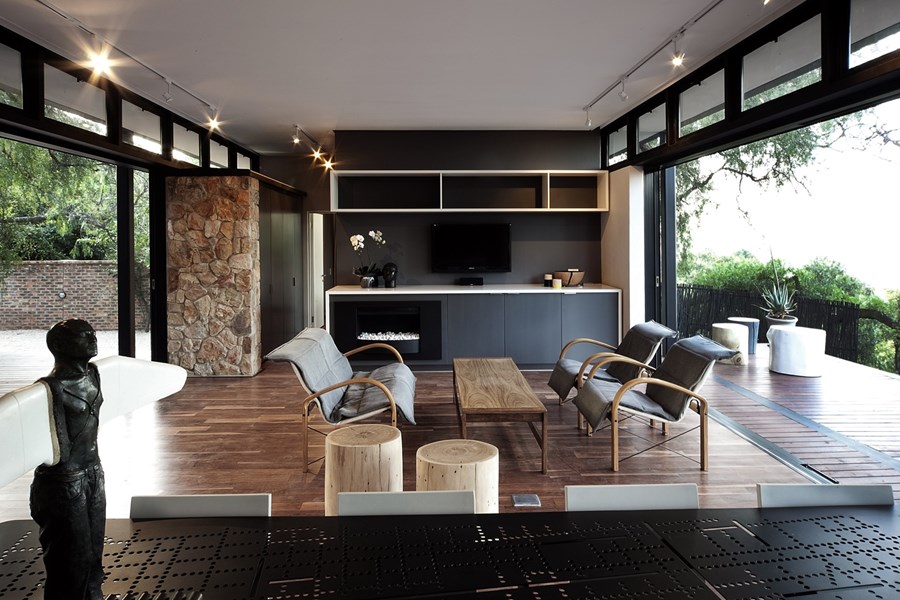 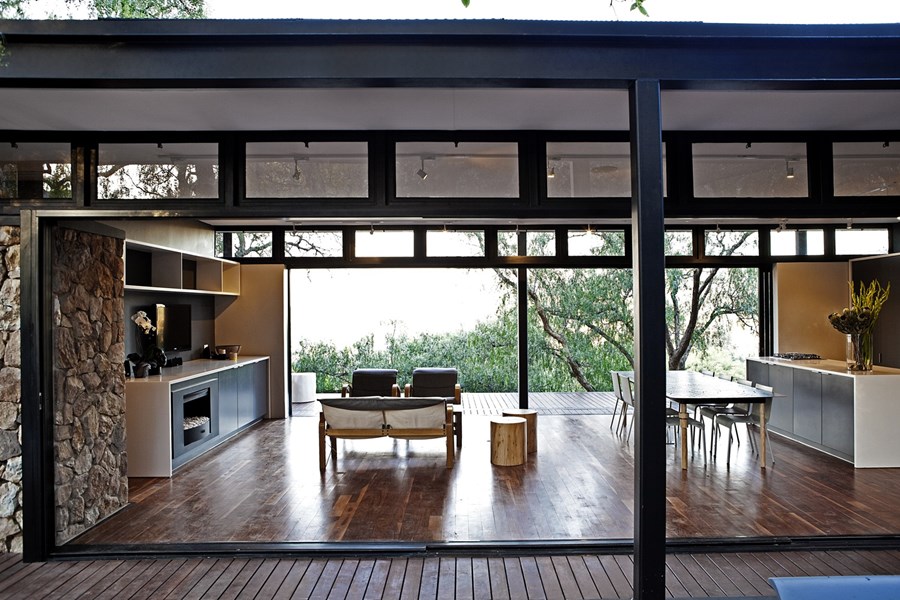 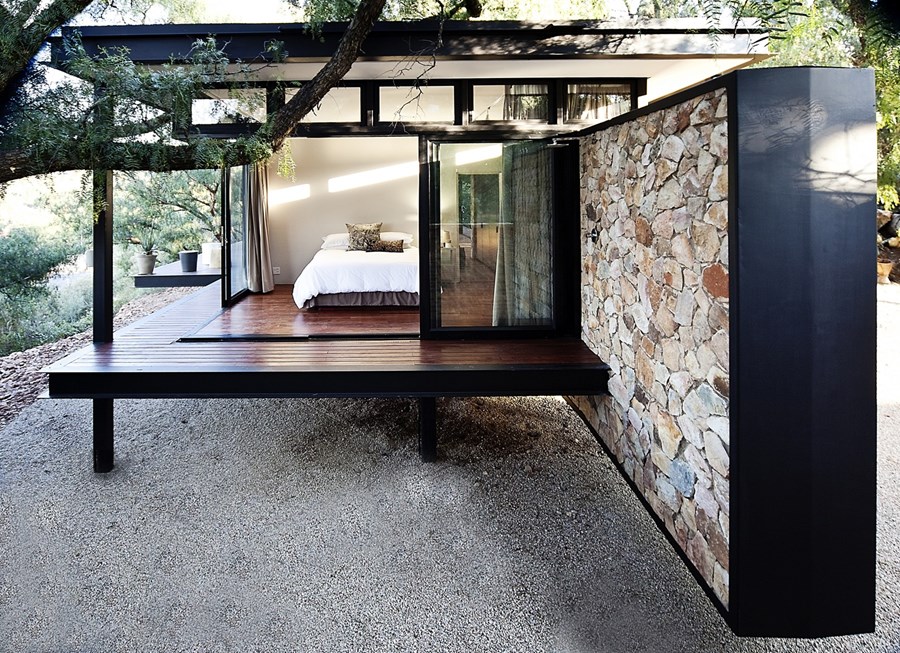 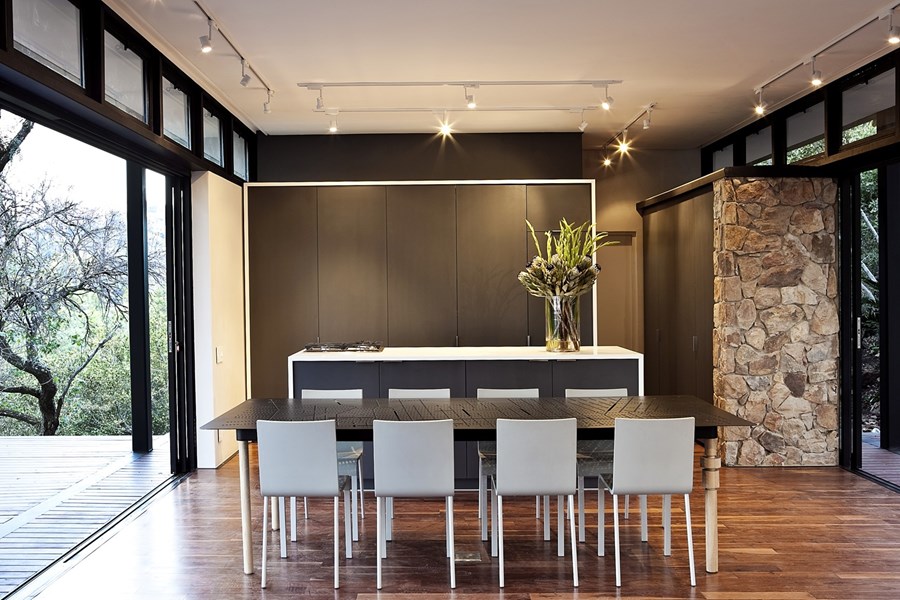 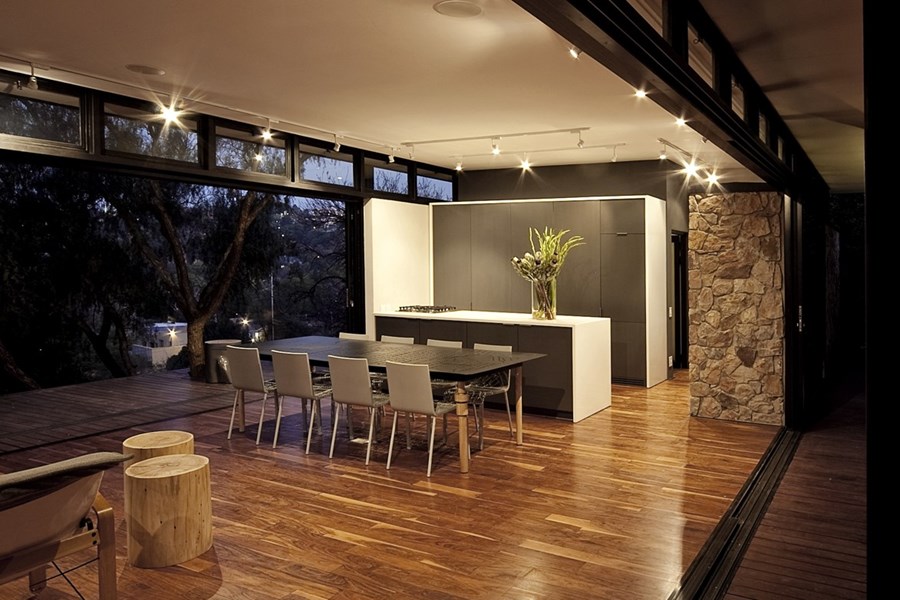 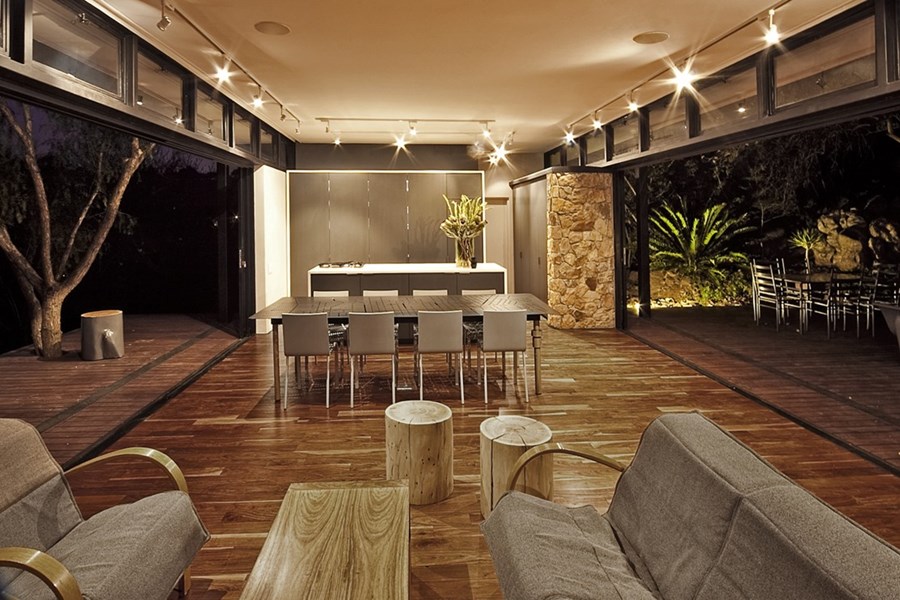 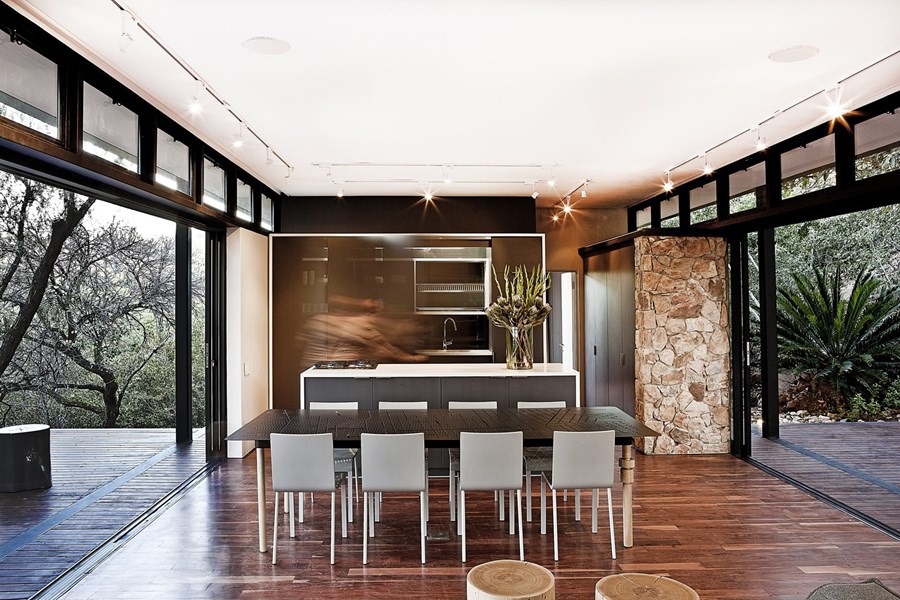 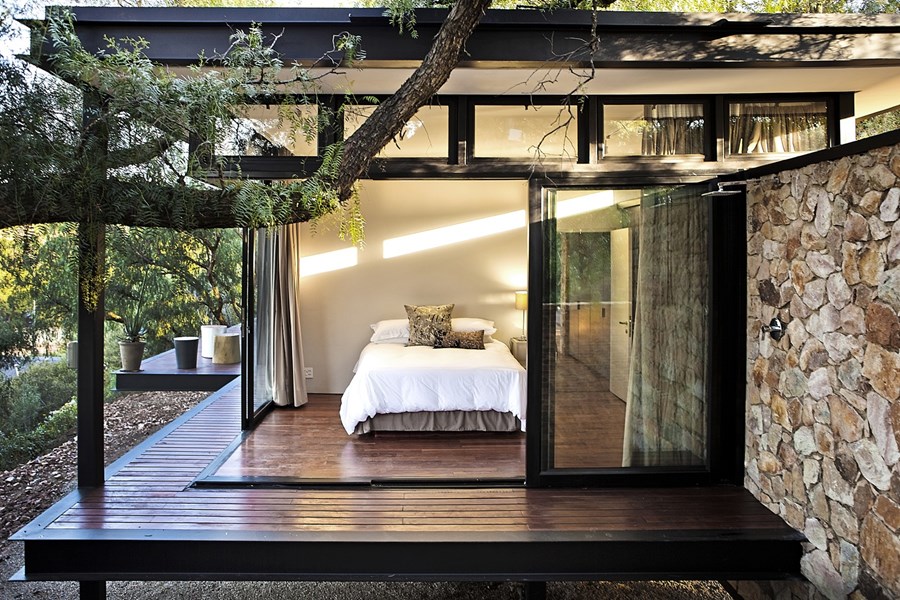 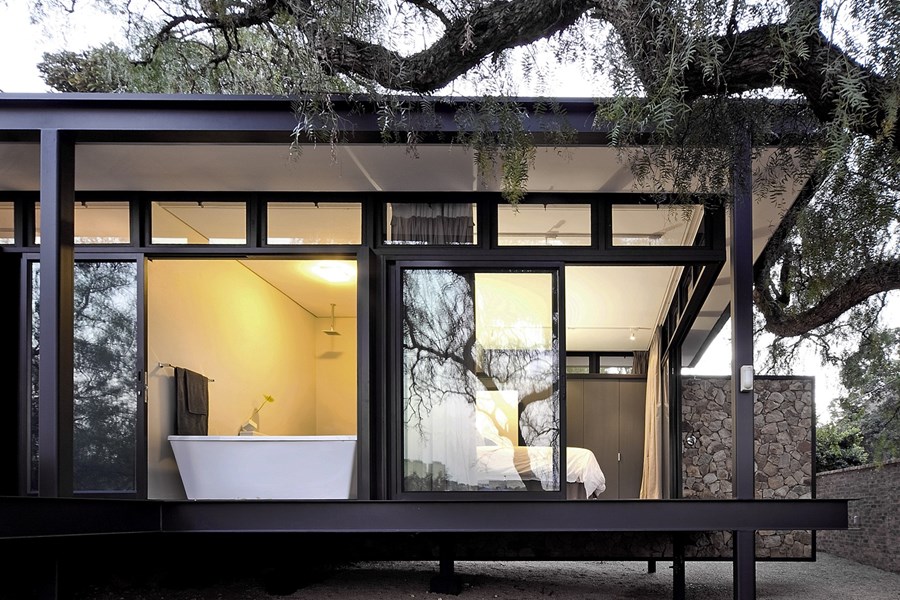 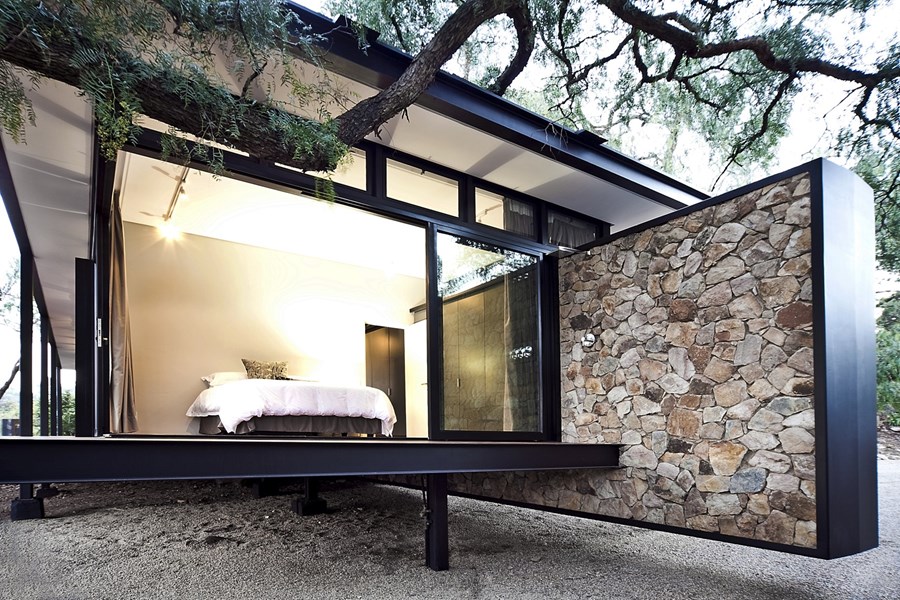 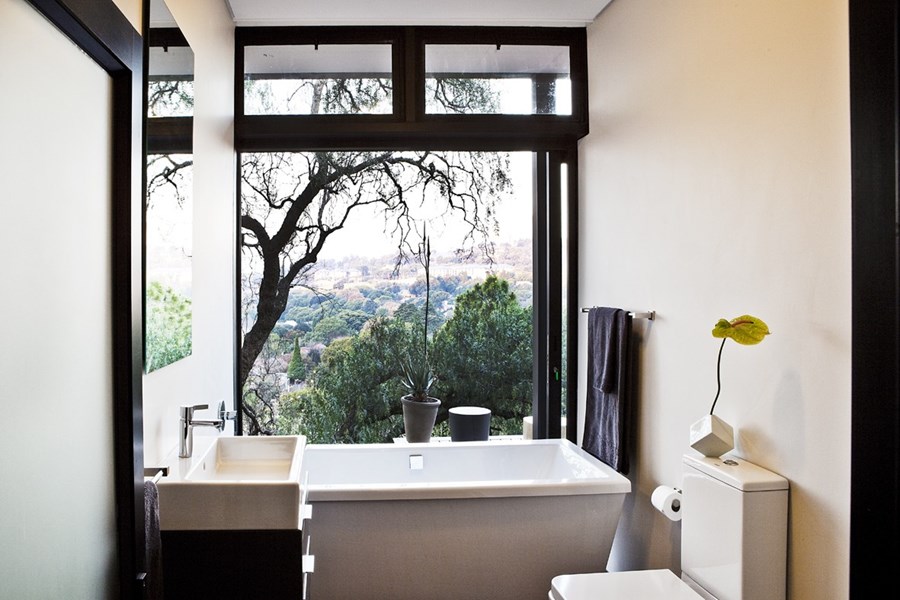 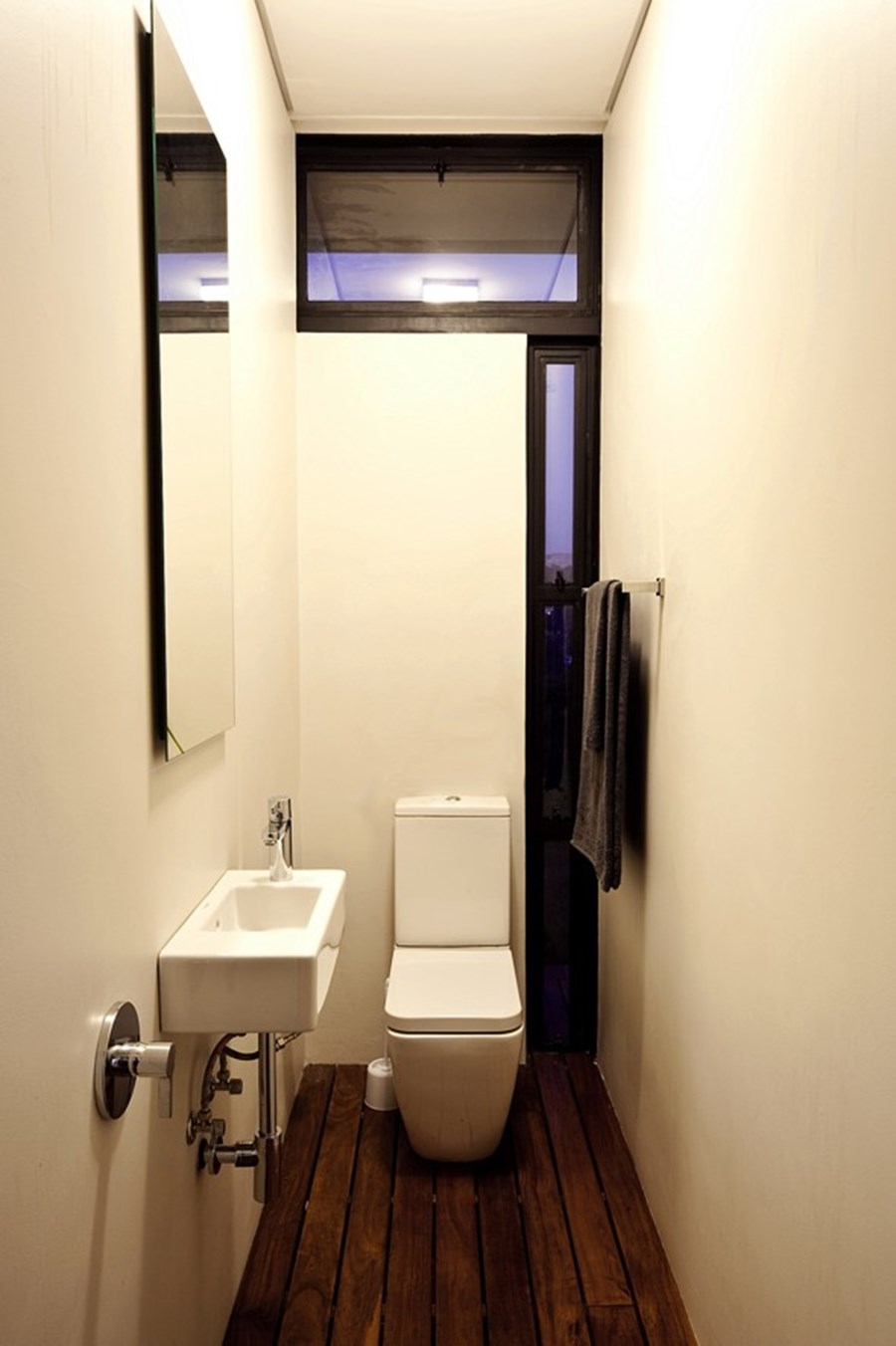 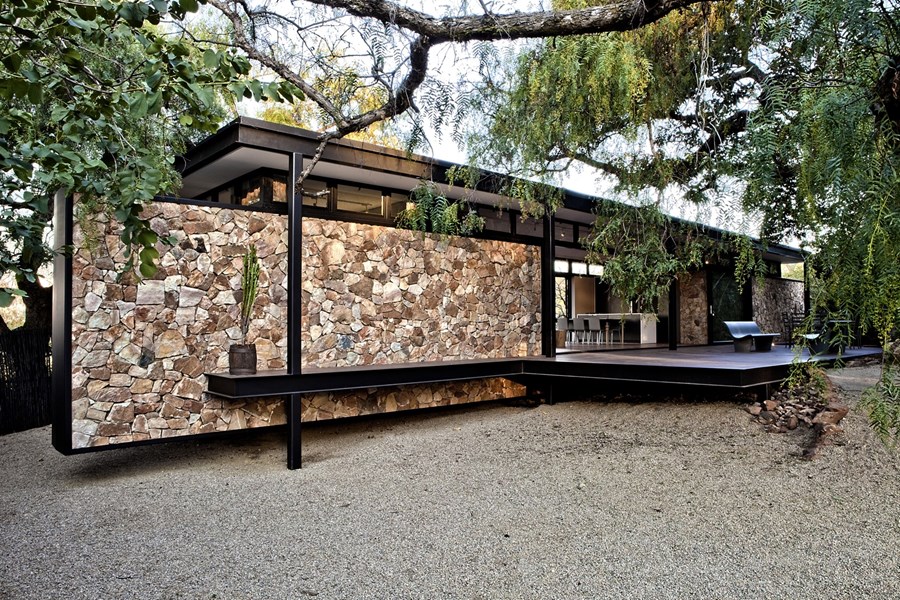 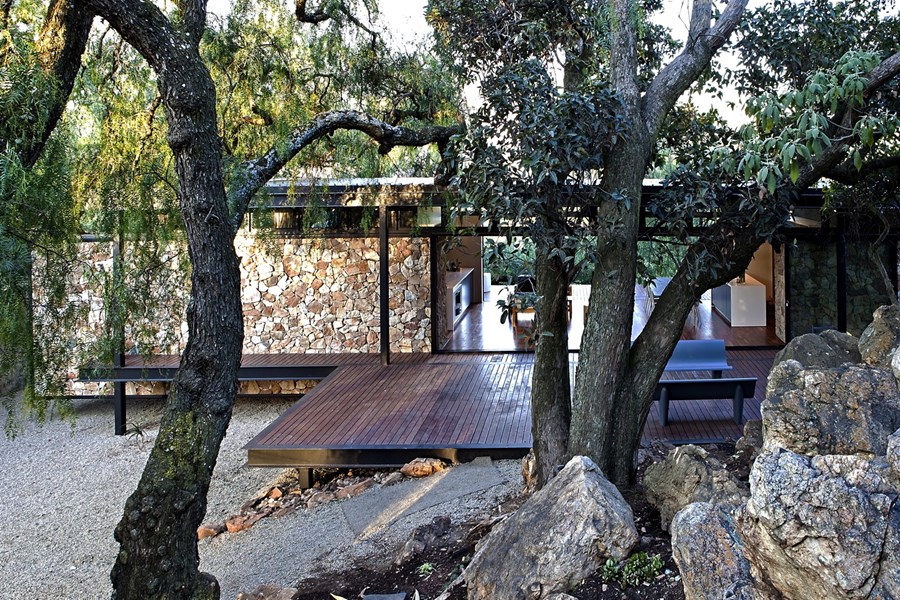 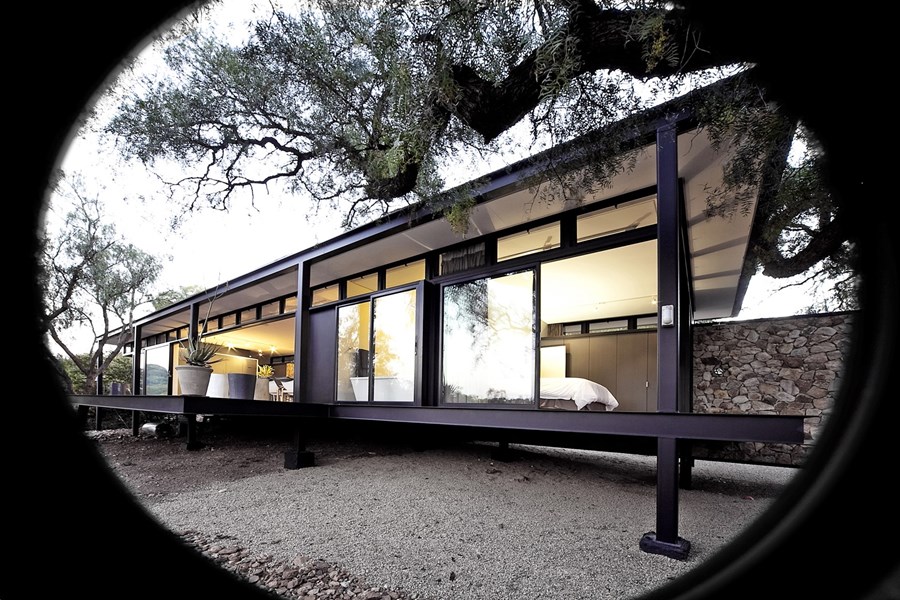 Perched on the side of the Westcliff Ridge overlooking the northern suburbs of Johannesburg, sits a unique, new dwelling designed by GASS Architecture Studios. Nestled in an almost wild forested garden with only one thing in common with its baronial neighbours, sits atwo bedroom steel and glass pavilion. The commonality is the use of indigenous stone, harvested from the site itself – a very familiar feature of early domestic architecture built for the Randlords on the Westcliff Ridge.
The pavilion was designed by architects Georg van Gass and Clare J. Eisenstein and is essentially a cottage, commissioned by the owners who reside in the larger main house on the estate.
Recently awarded a commendation at the South African Institute of Structural Steel Awards, the dwelling is a fine example of contemporary steel architecture. The construction consists mainly of I-section for beams and square hollow tubes for columns. Aluminium, glass, teak and the local quartzite stone are the only other primary materials used within the project, with purposeful negligible use of bulkier elements such as masonry and concrete.
Besides the magical site with its arresting views across the city, the most impressive highlight is the floating stone wall that runs the length of the pavilion. Georg and Clare literally chose to turn the understanding of a solid wall on its head by creating a traditionally heavy, load-bearing element that doesn’t rely on the ground at all for its solidity. The result is a levitating stone wall. “With some creative engineering, we were able to suspend the floating wall off of the already lofted steel framed structure. Thus creating a floating wall on a floating building”, says Georg.
The overall lofted effect and its resultant low impact on the surrounding ecosystem reflects the architects’environmental goal for this project. In addition to the pleasing finished aesthetic, the low ecological impact on the site is satisfying to both the building’s owners and those responsible for the environmental protection of the Johannesburg ridges.
The resulting architectural aesthetic is elegant, simple and timeless.
Photos by Bernard Viljoen