This rehabilitation of an apartment was designed by Correia/Ragazzi Arquitectos and is located in Braga. It was completed in 2013 and covers an area of 200 m2. 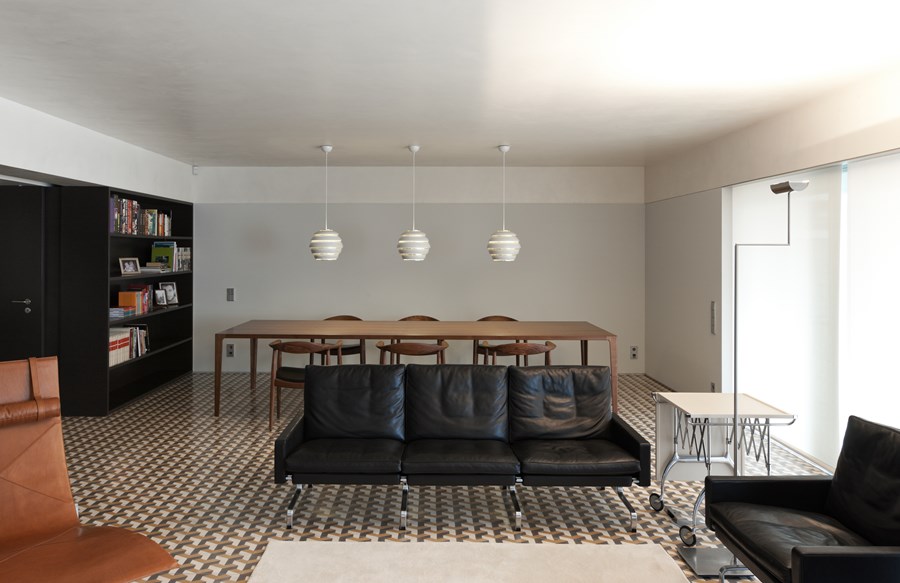 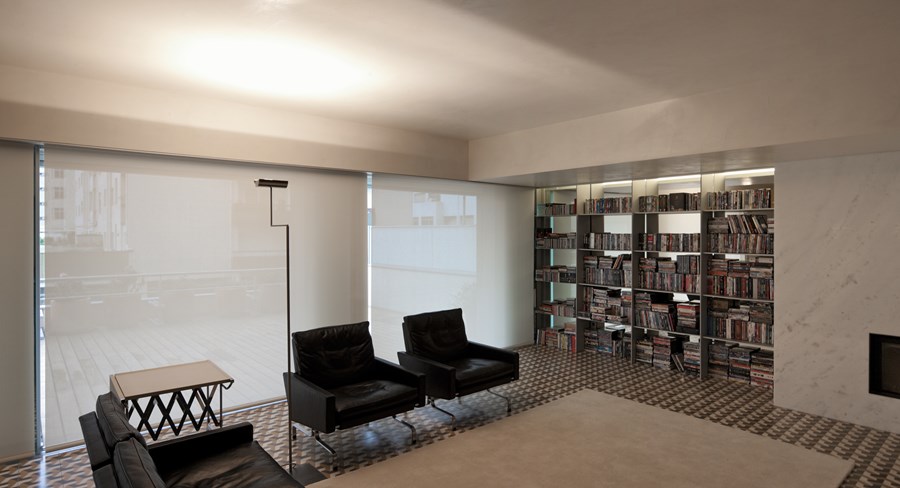 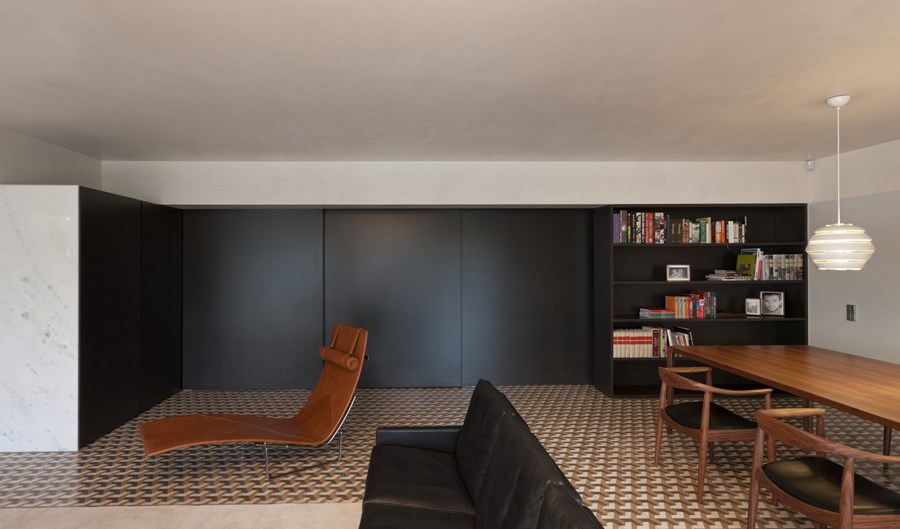 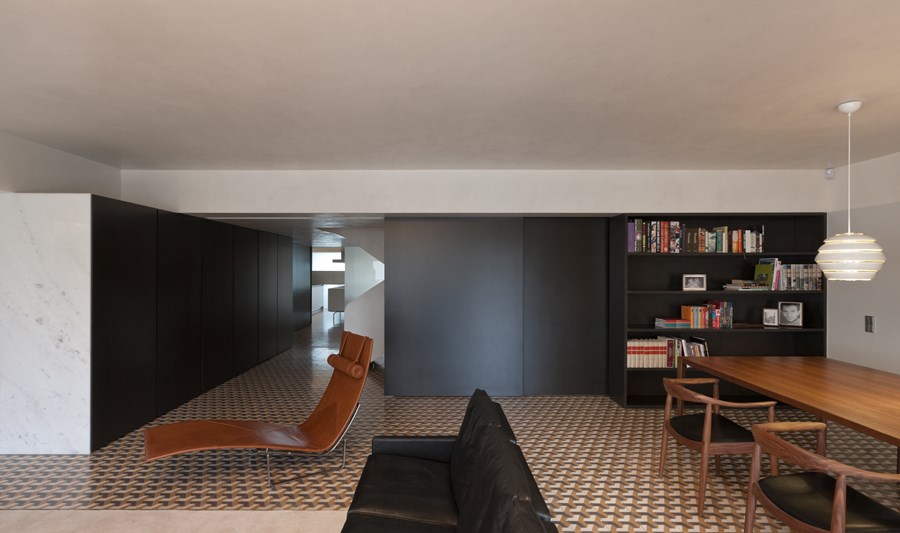 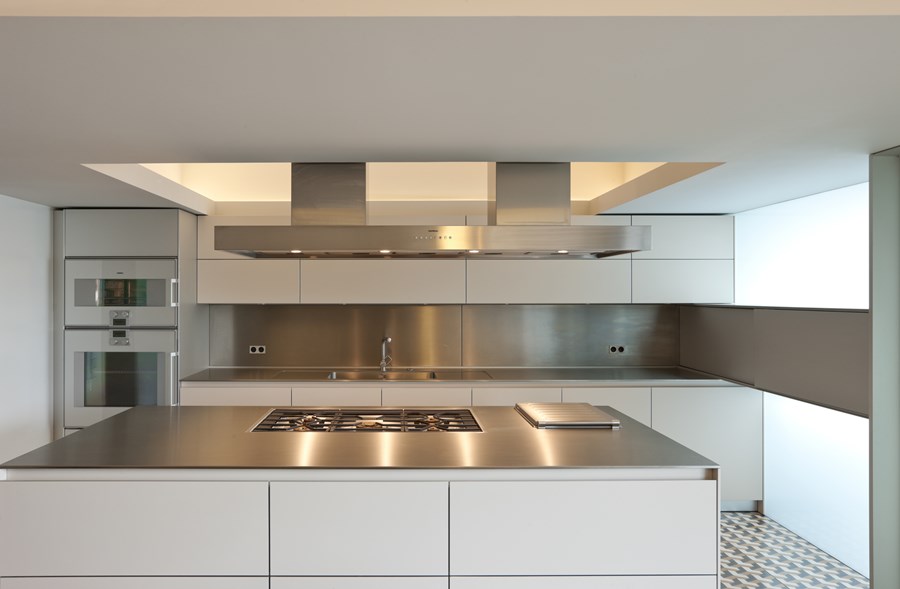 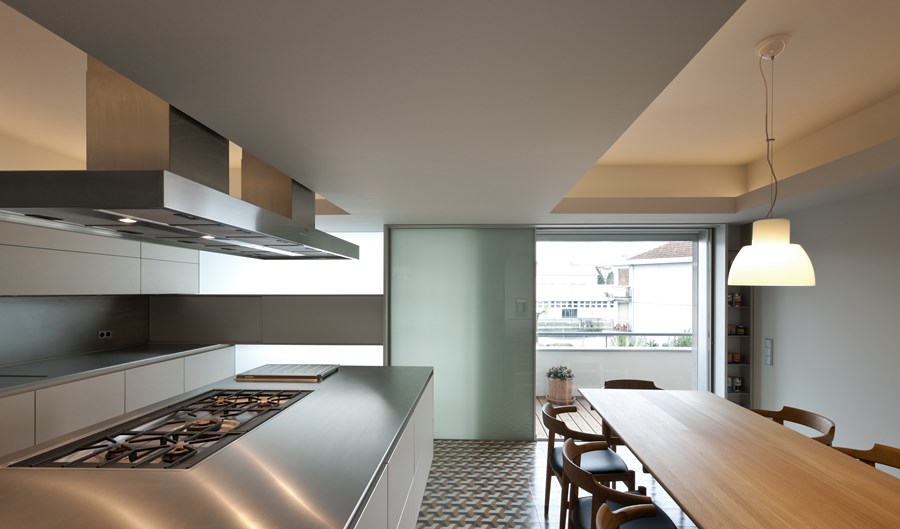 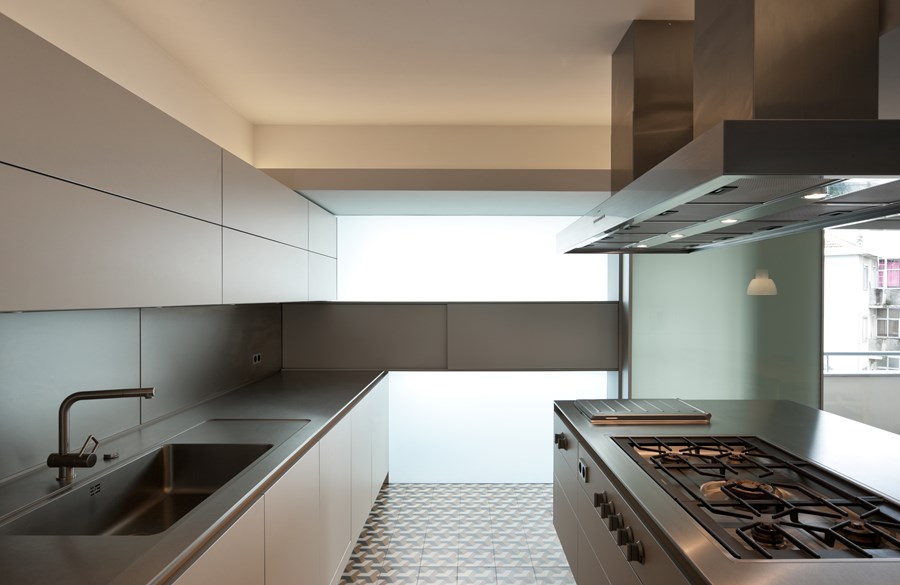 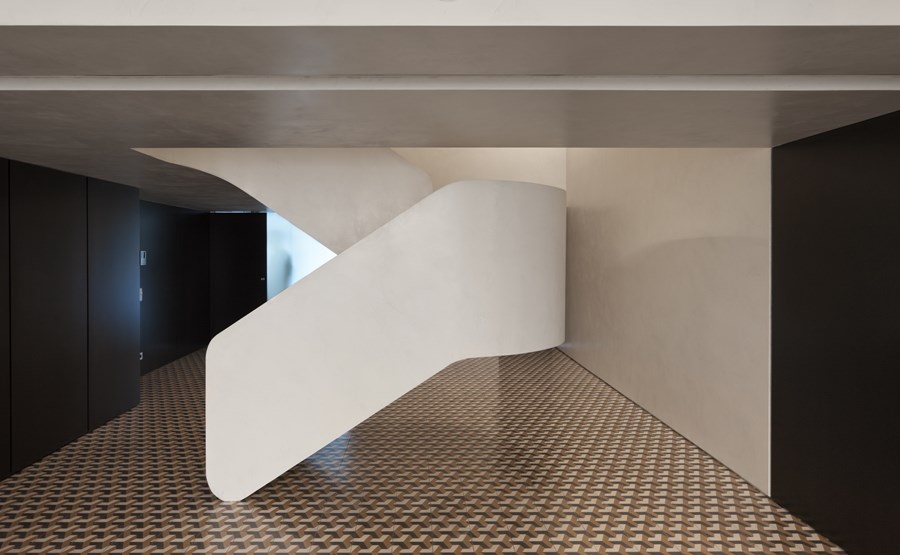 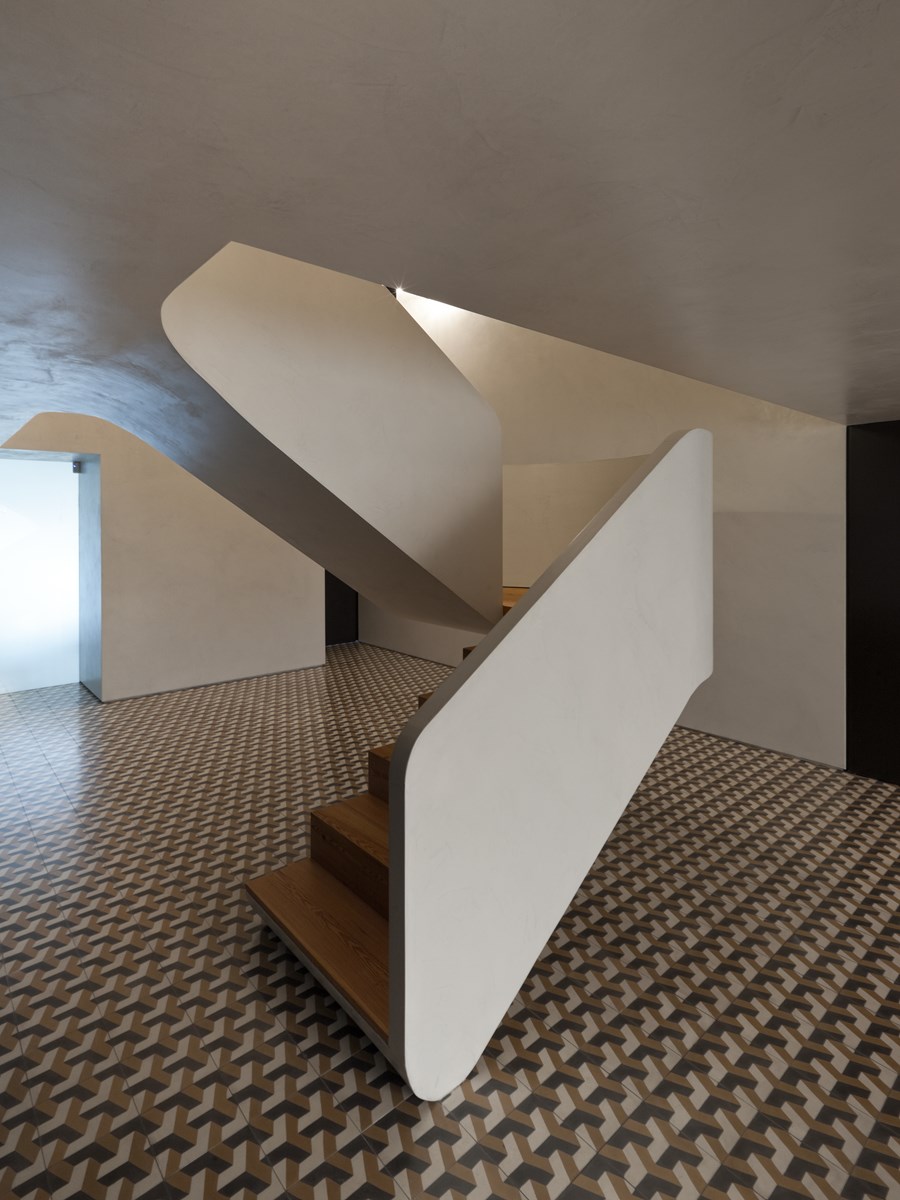 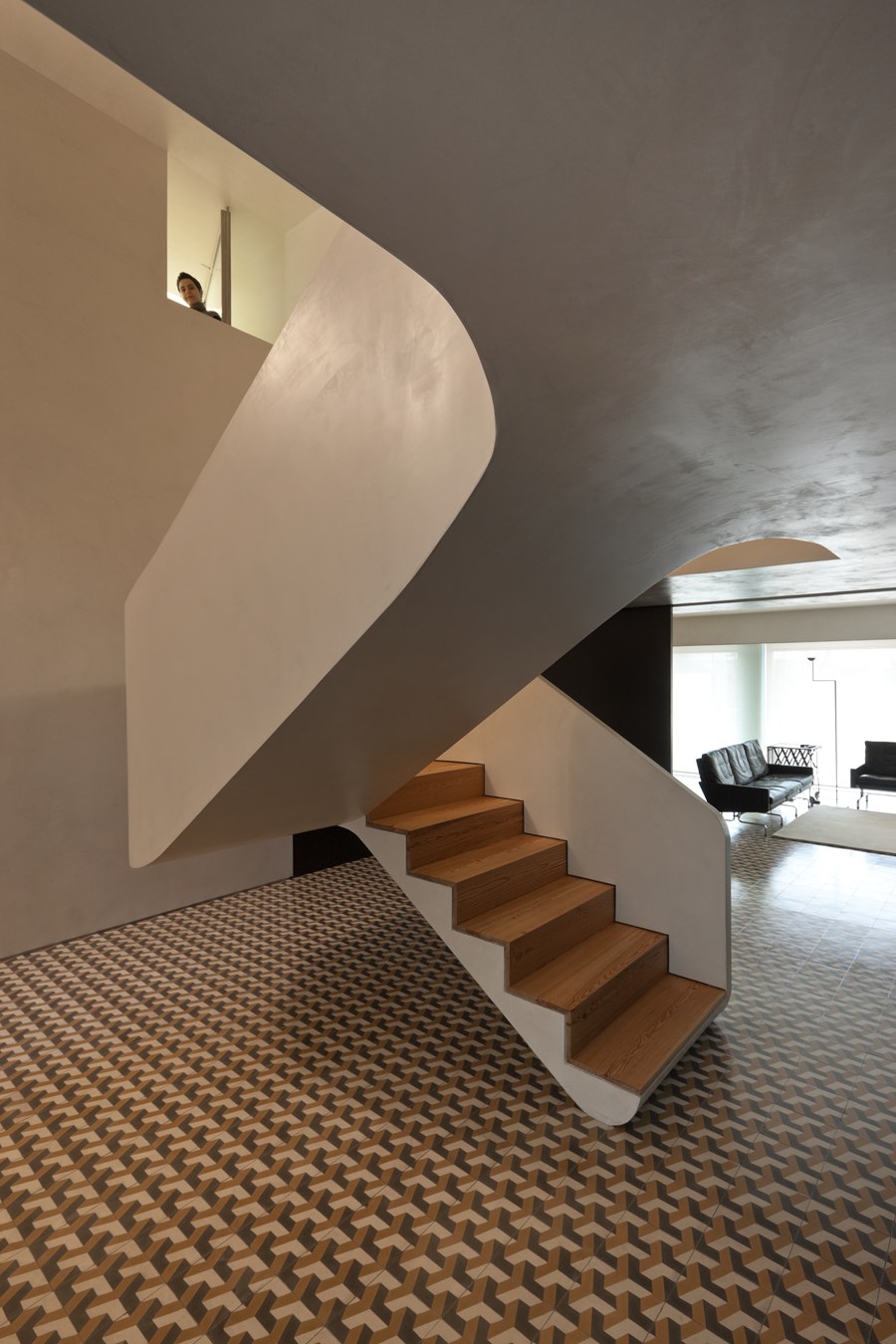 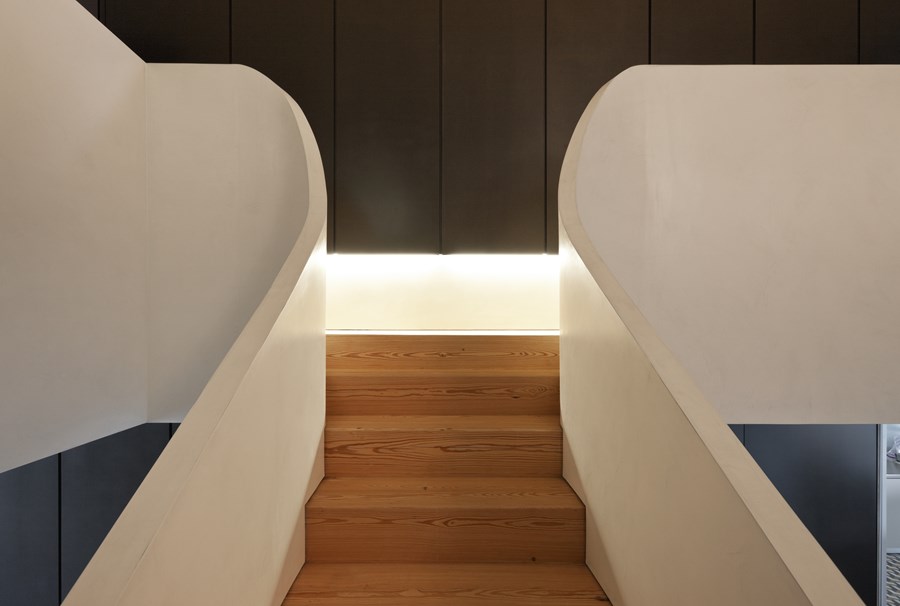 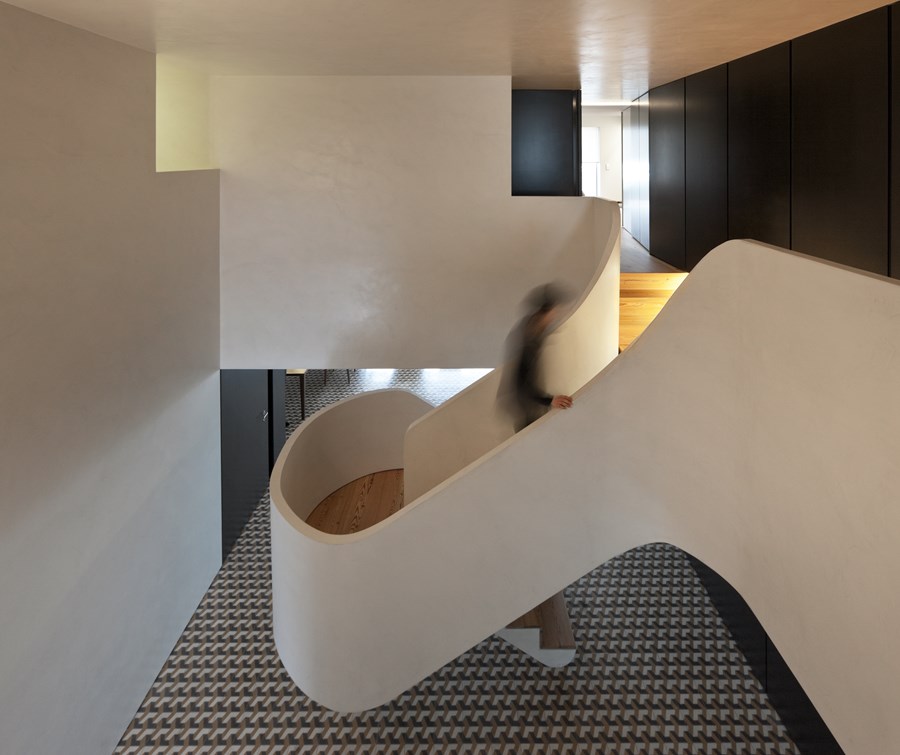 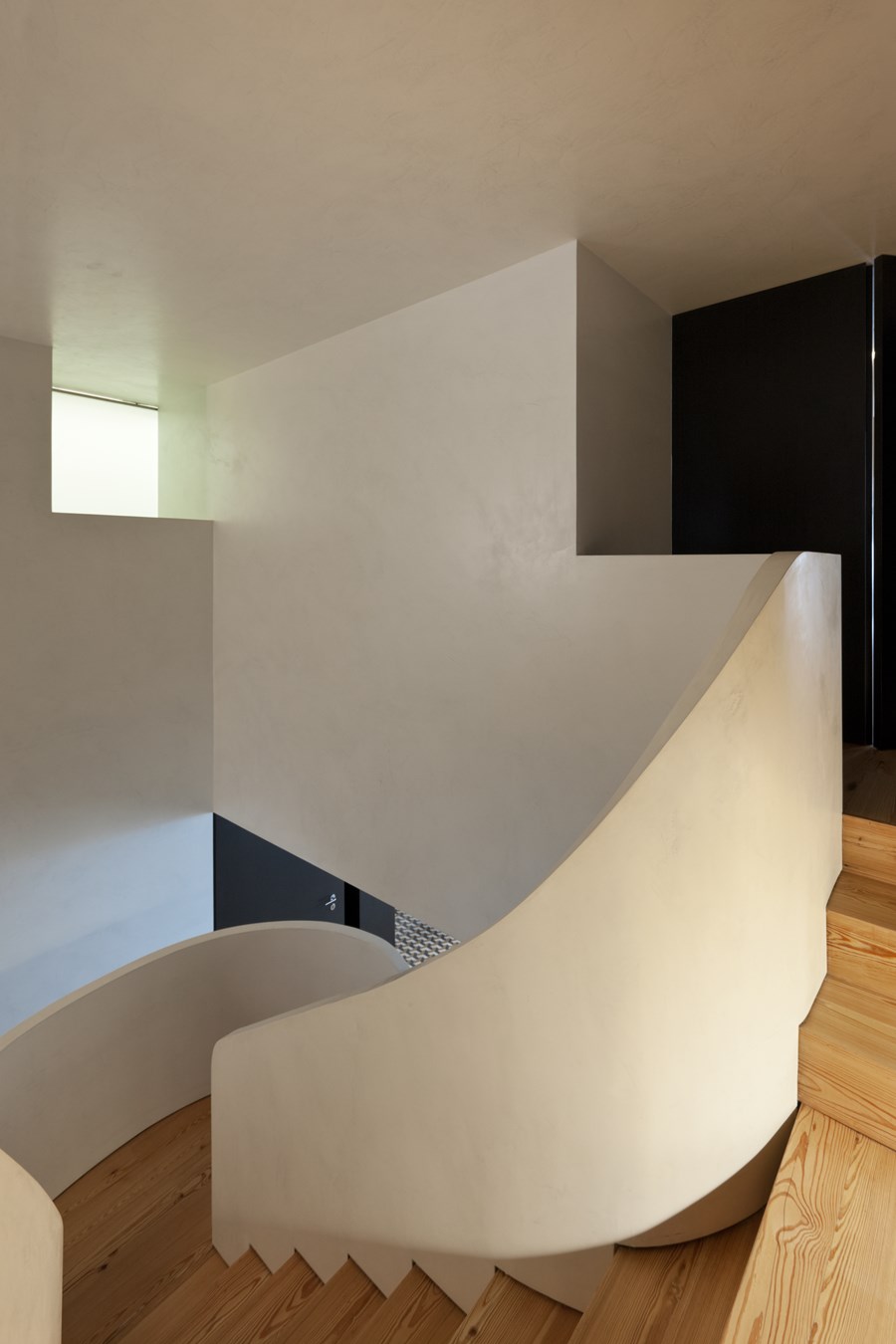 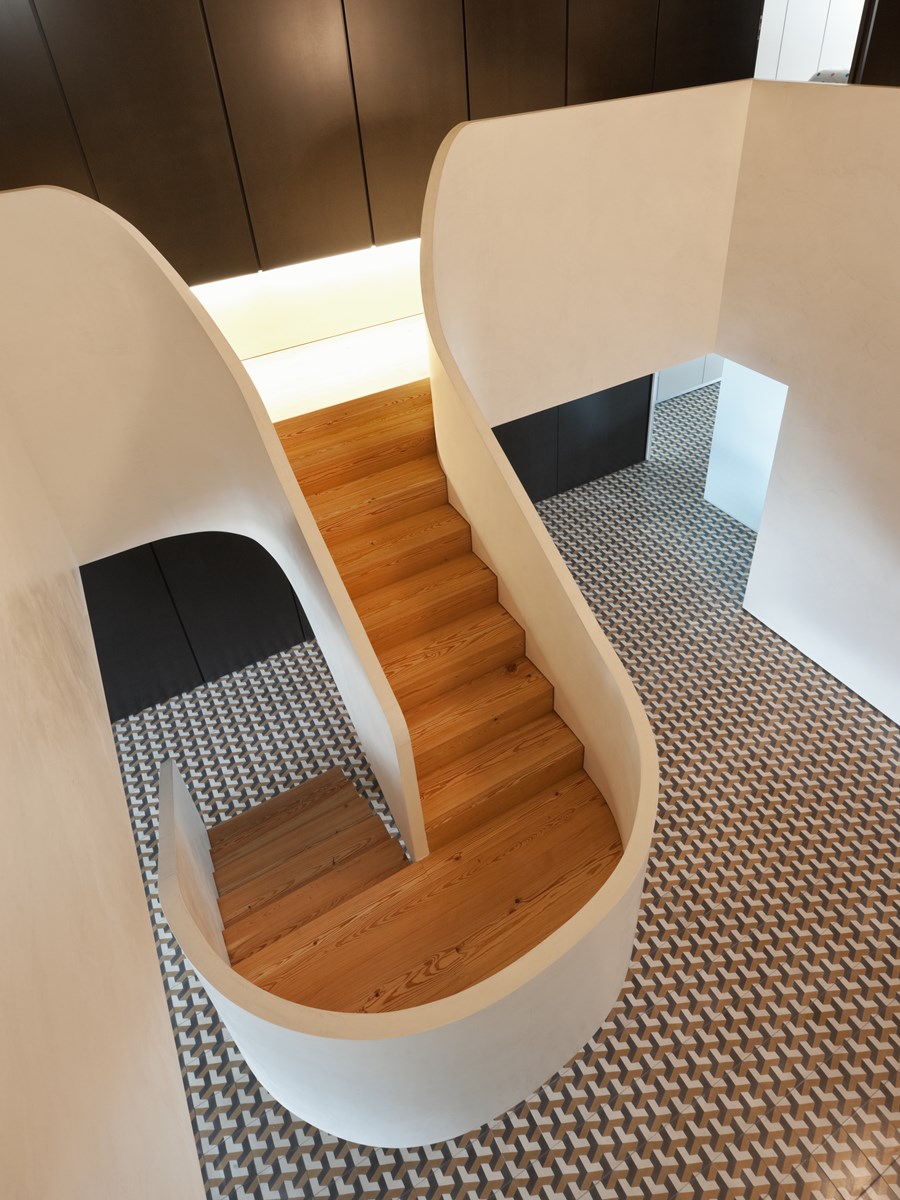 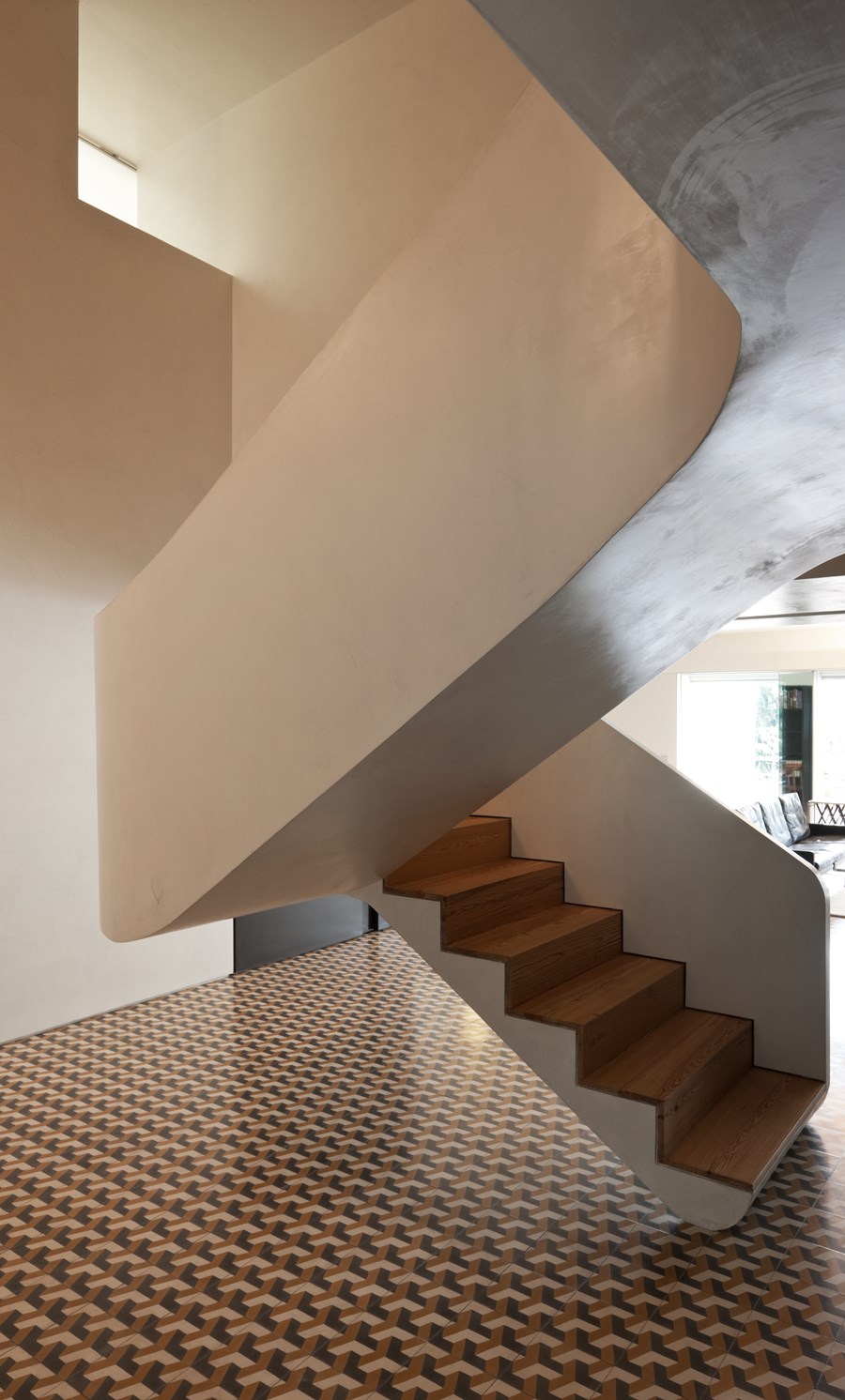 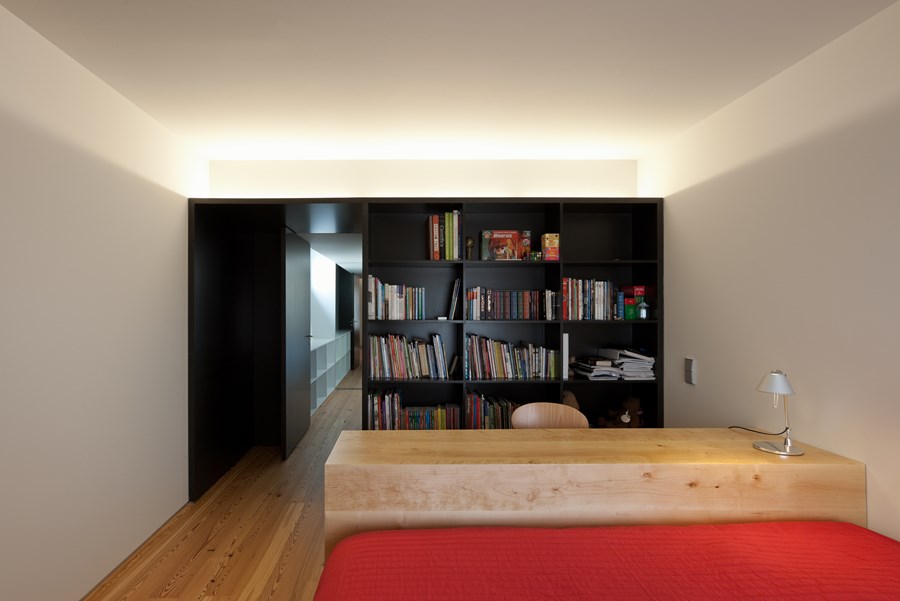 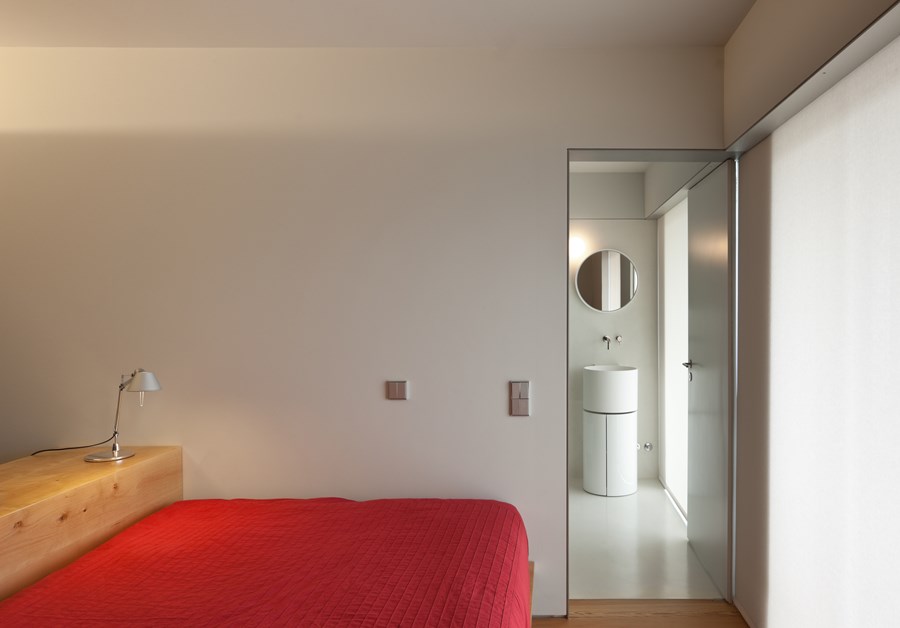 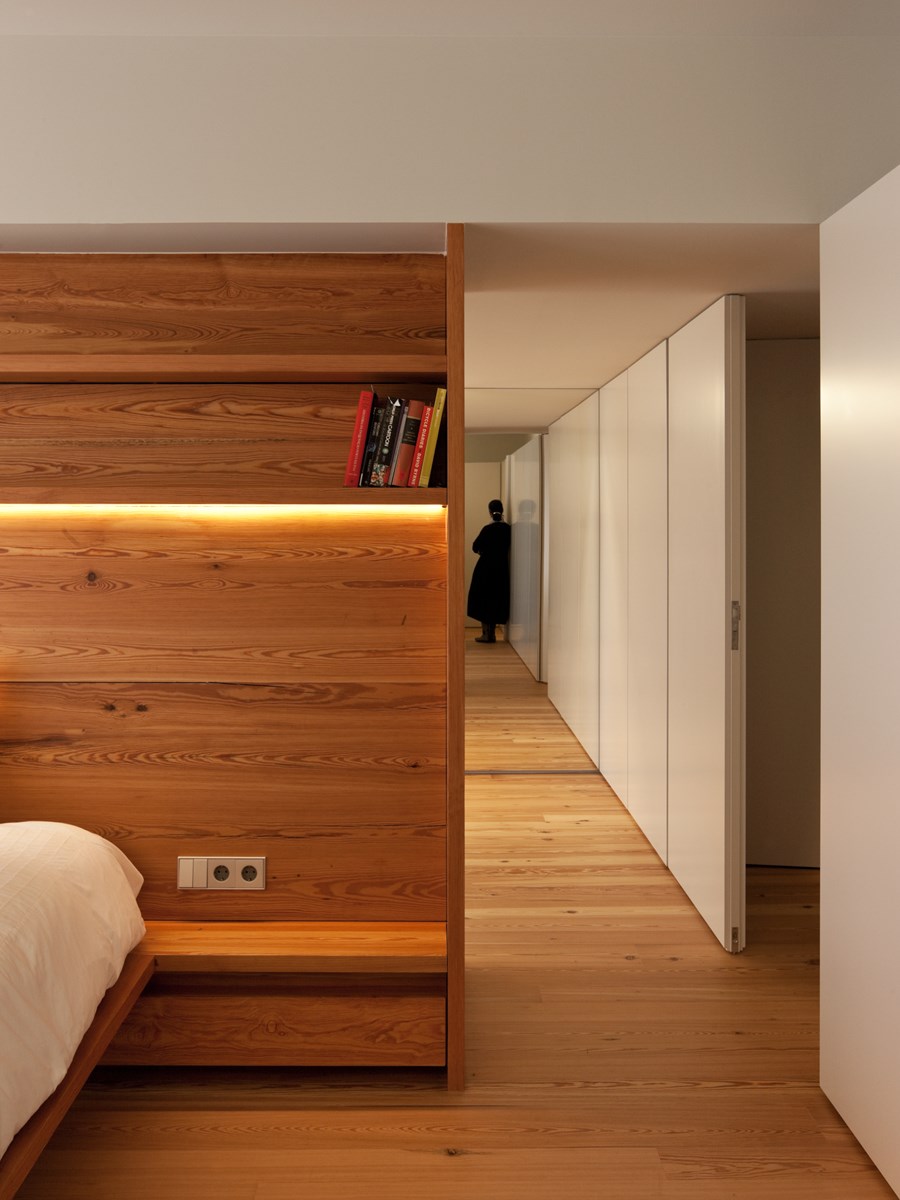 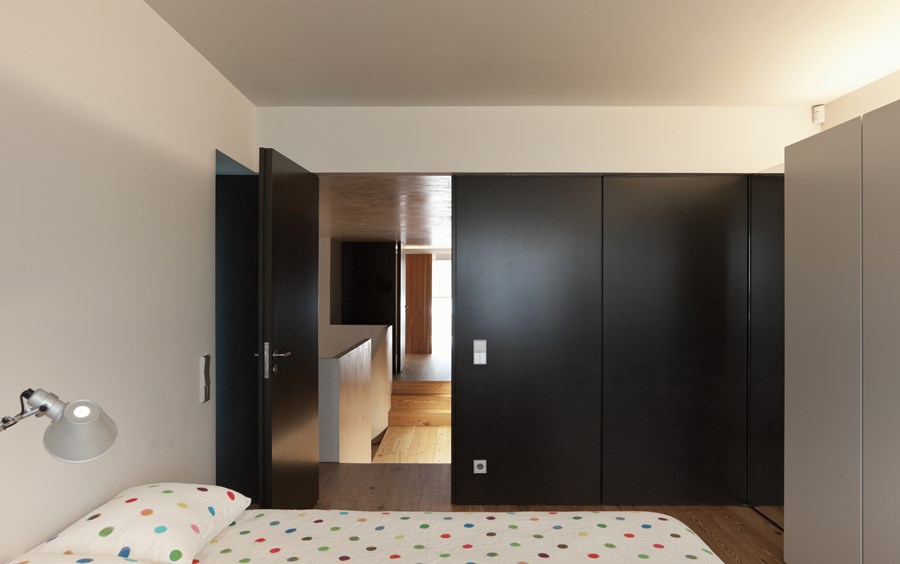 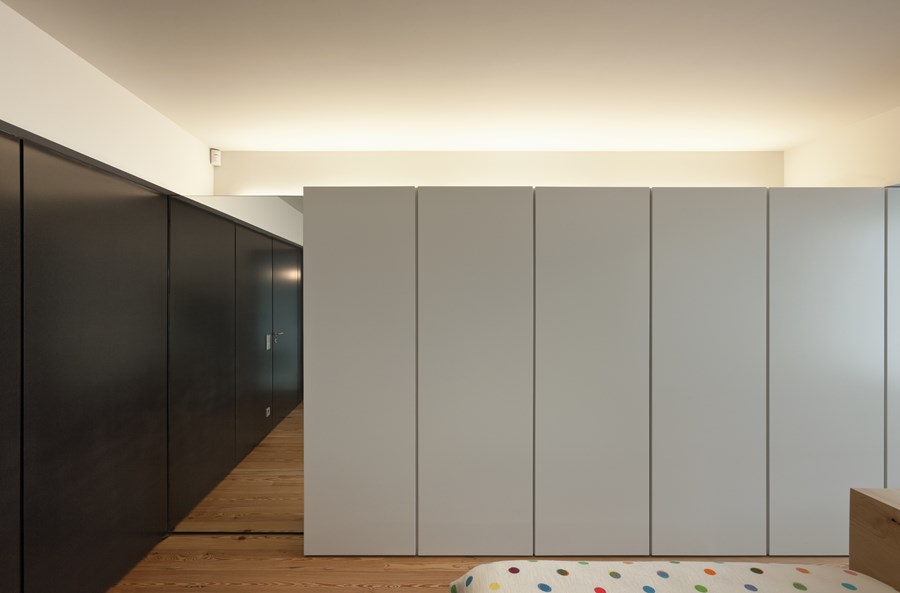 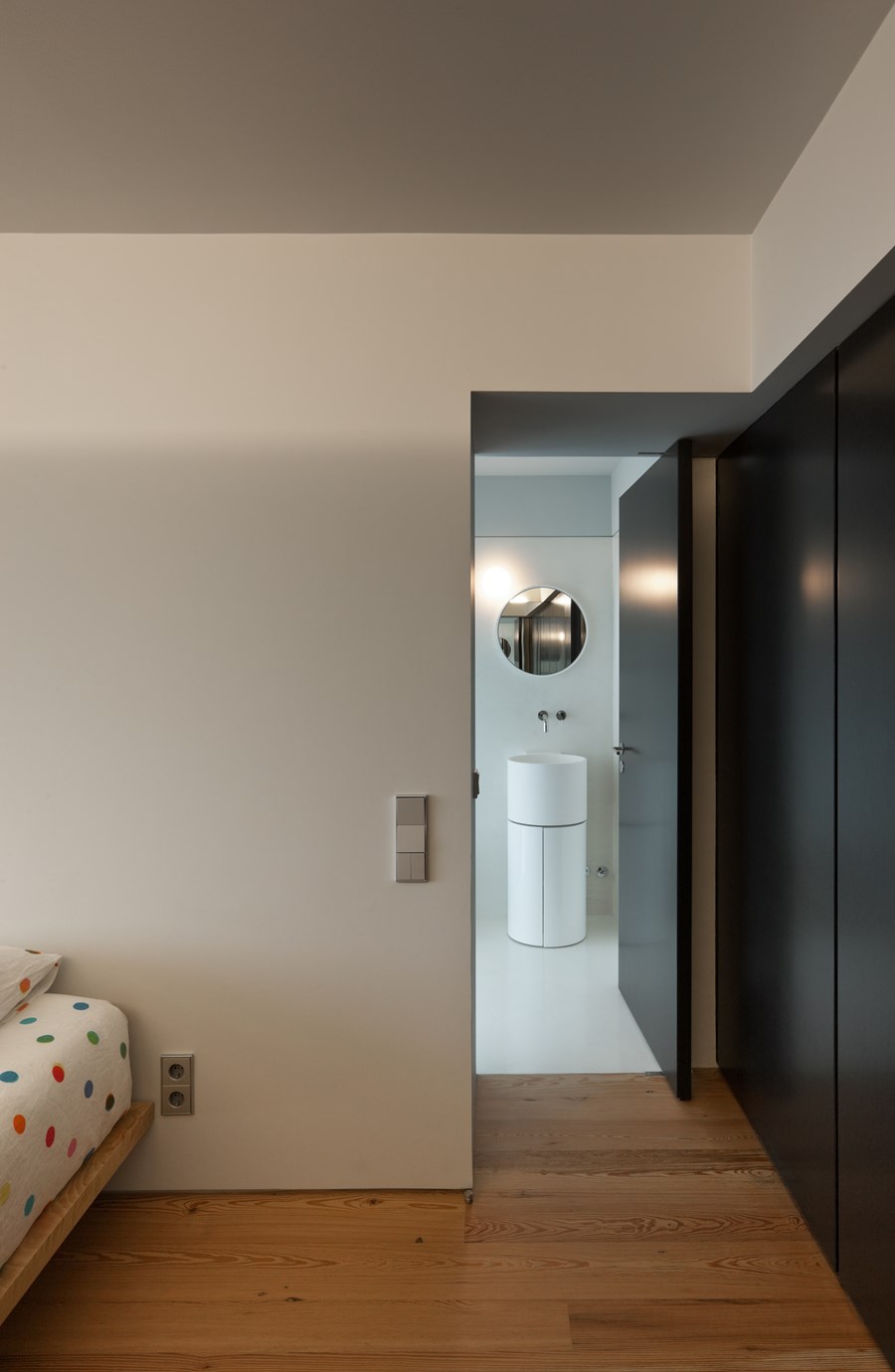 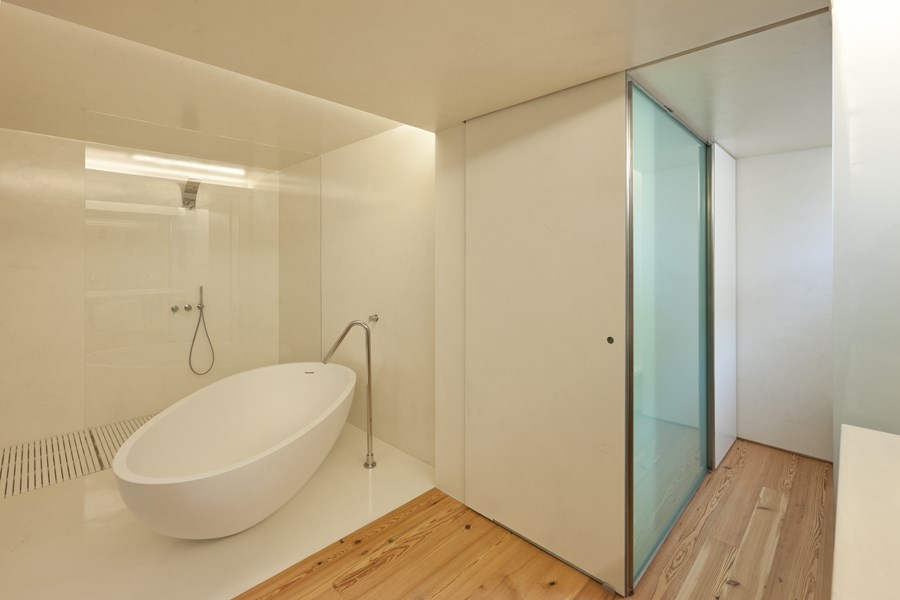 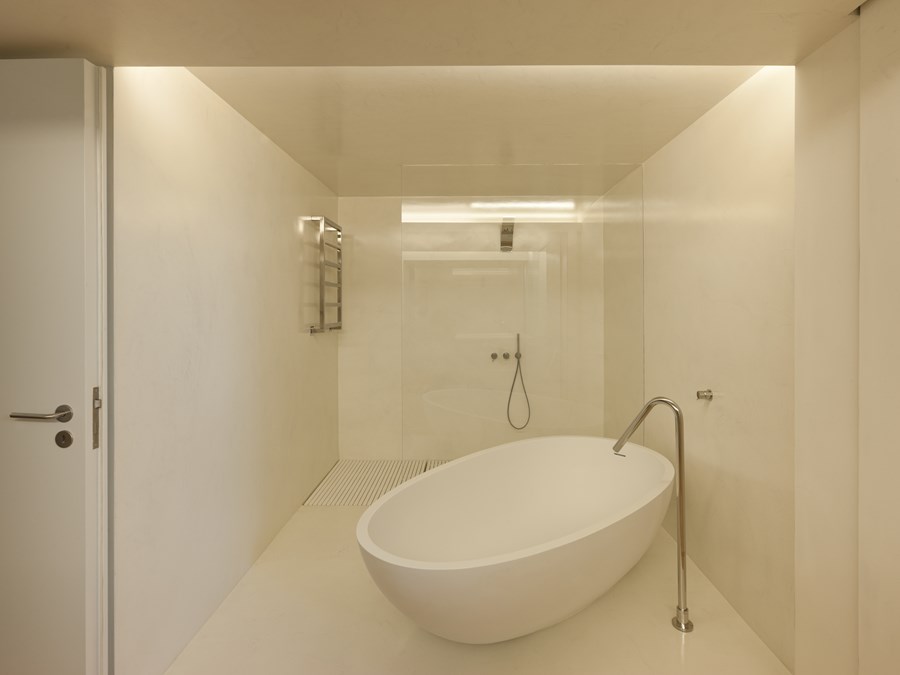 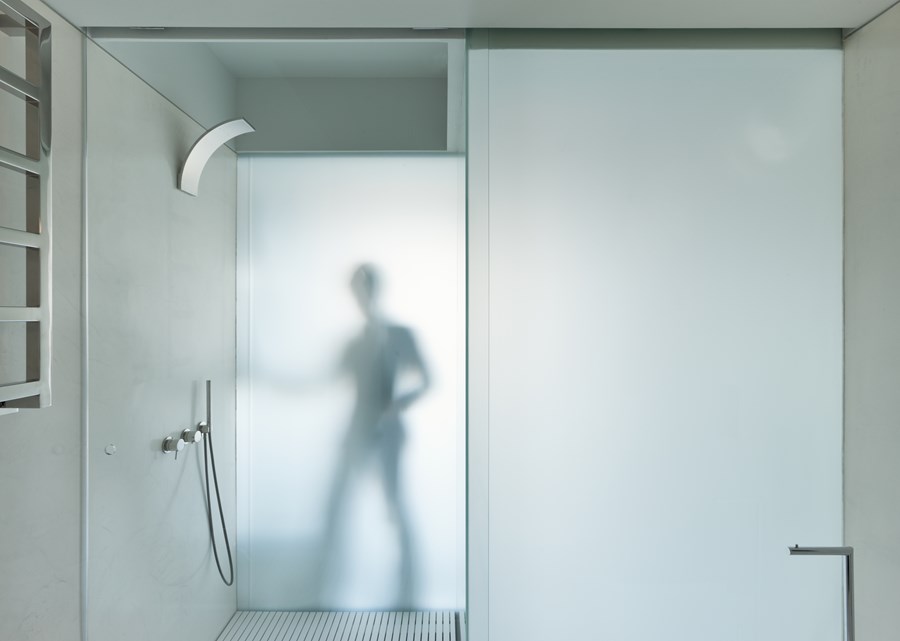 “The Project intended to remodel two apartments and unite them in order to create a duplex apartment, which best meets the needs of the family.
In this sense, the intervention was defined by the characterization of a social floor, consisting of kitchen, laundry, living room, terrace, guest bathroom and guest suite. The upper floor would be the private housing area consisting of three suites, one for the parents and two for the children.
The union of both floors and, consequently, of the house, was achieved by the introduction of a twostorey high hall with the access stair, designed as a focal piece that distributes the program; a partial demolition of the existent slab was needed. The stairs create, also, on the upper floor, a balcony with a view over the lower floor.
The entire apartment was designed taking into consideration the characteristics of the materials that were chosen to create a game of volumes, light and dark. One chose light coloured walls, yet high in texture, finished in microcement. Panels, doors and wardrobes of darker colour, made of black Valchromat. The lower floor, social, is united by its pavement in manual hydraulic mosaic, in a pattern that introduces texture and three dimensionality, studied according to the scale of the compartments, and specially produced. Throughout this floor one defined a height, of human scale, designed by either the change of material, colour or height of the ceiling, doorframe etc.; which transverses and unites all the spaces.
At the upper floor there are wood floors except on the bathrooms. The main suite is designed with four spaces, the entrance leading to a reading and/or gymnasium area, followed by the sleeping area, then the walk in closet with access to the bathroom, which is composed of a wet area with a shower and freestanding bathtub. The two smaller suites, for each child, are on the opposite side of the apartment; they each have a bathroom covered in glass and mirror, with natural light.”
Photos by: Luis Ferreira Alves.