D+S House was designed in 2013 by DP+HS architects, covers an area of 557 sqm and is located in Jakarta, Indonesia. 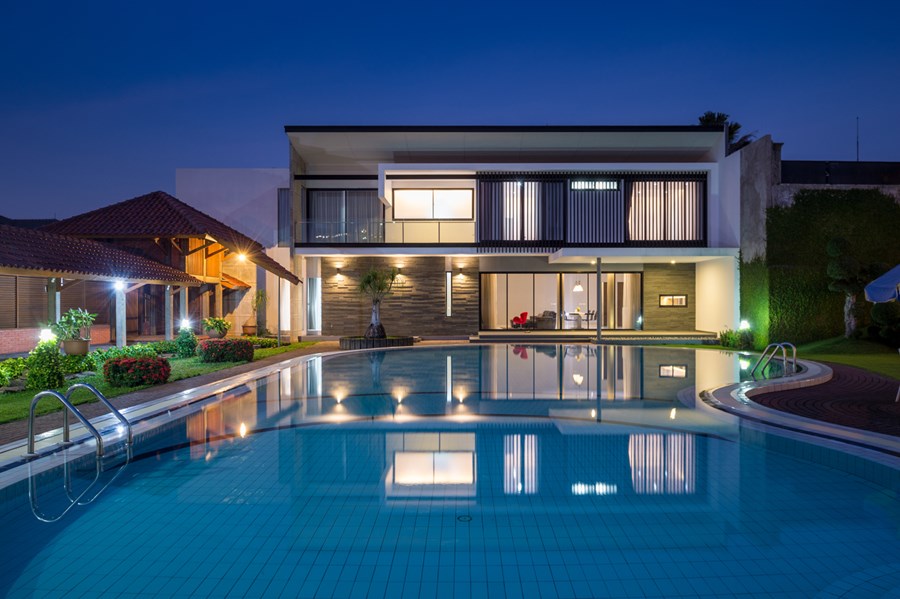 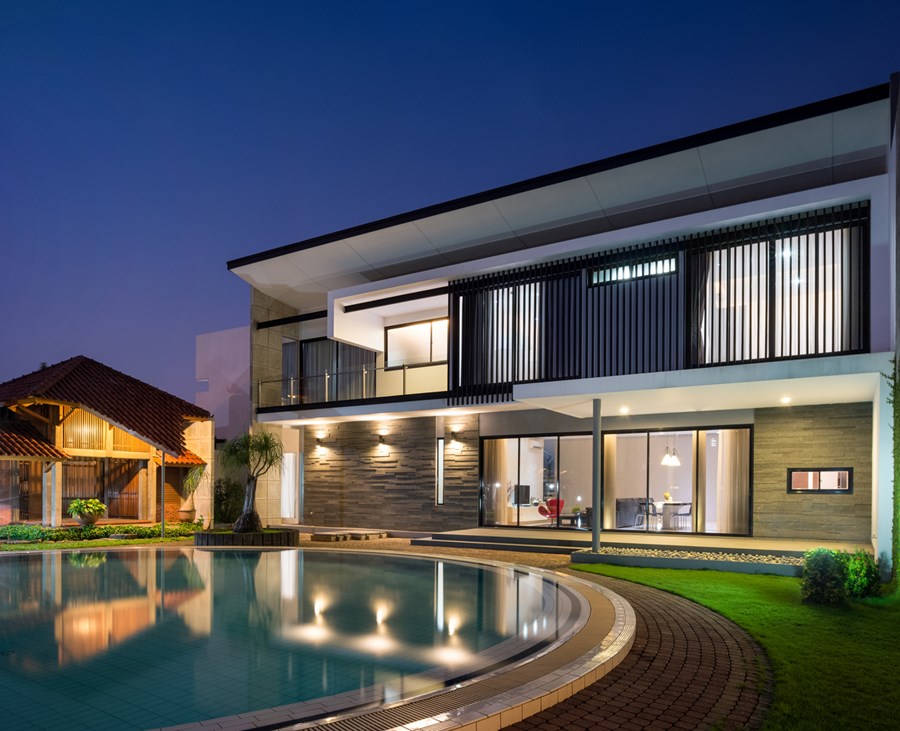 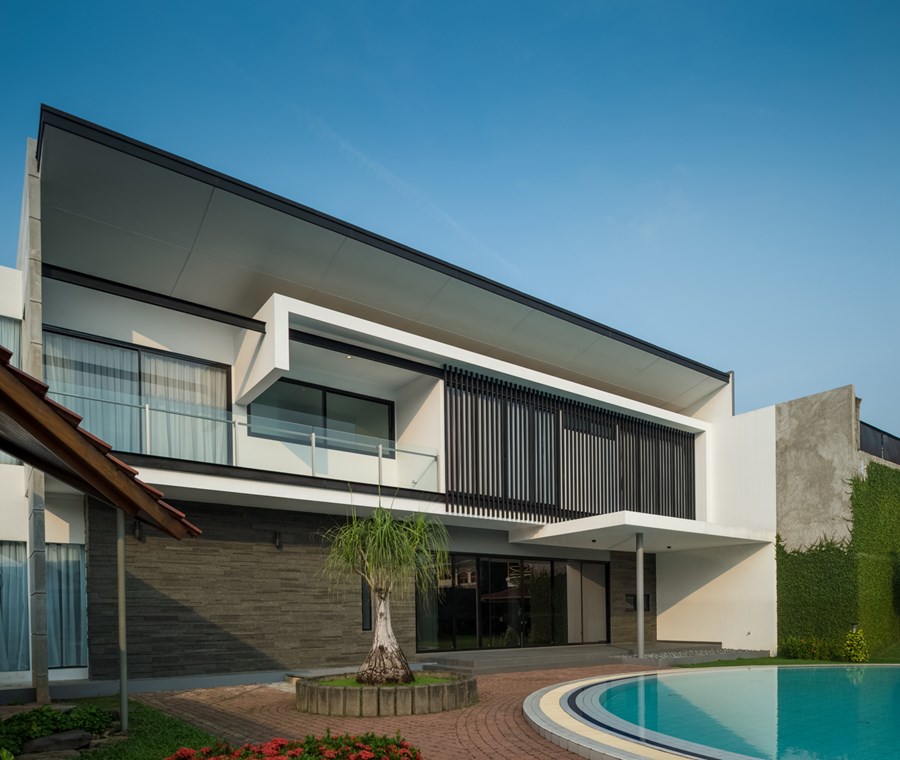 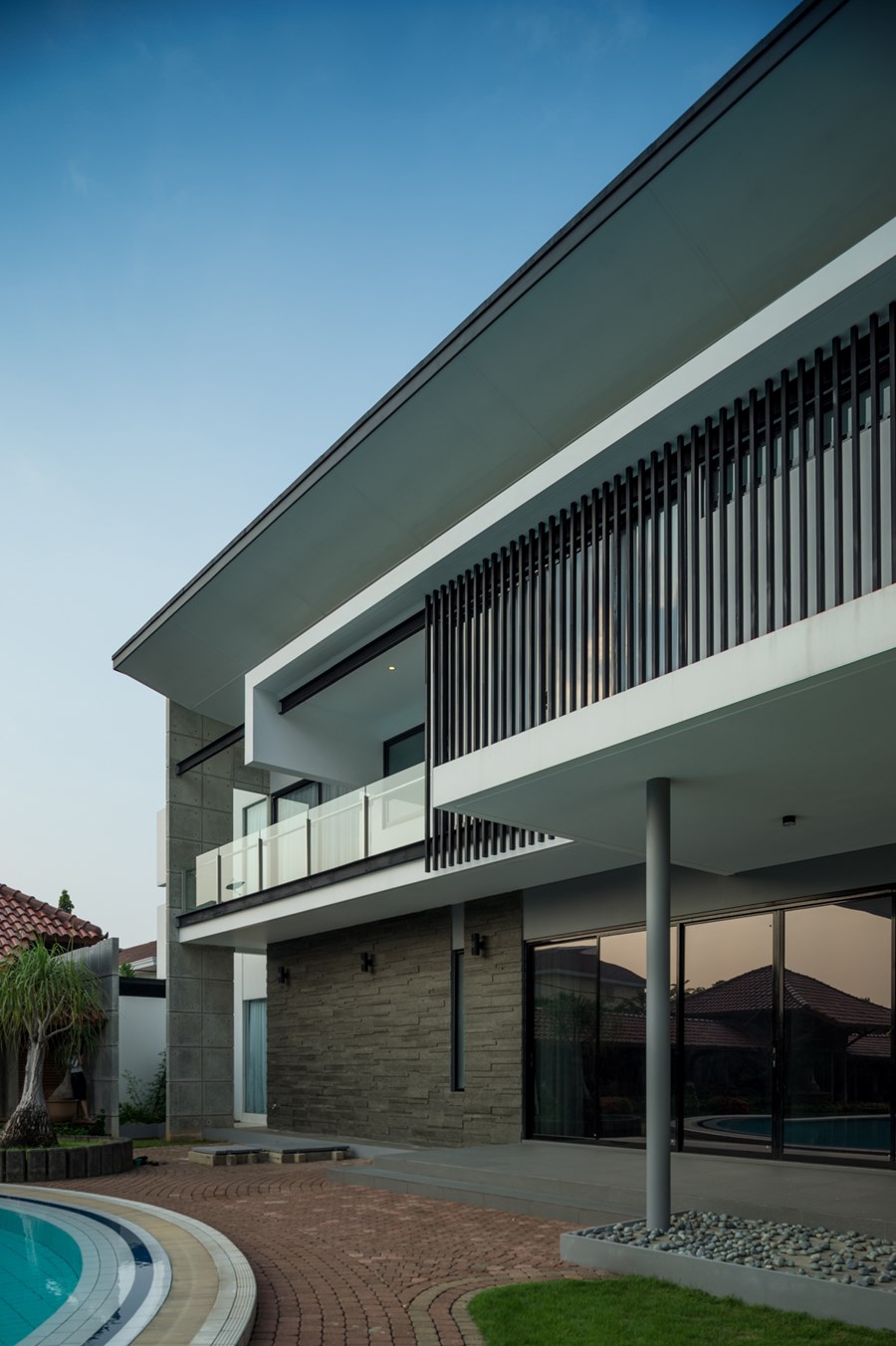 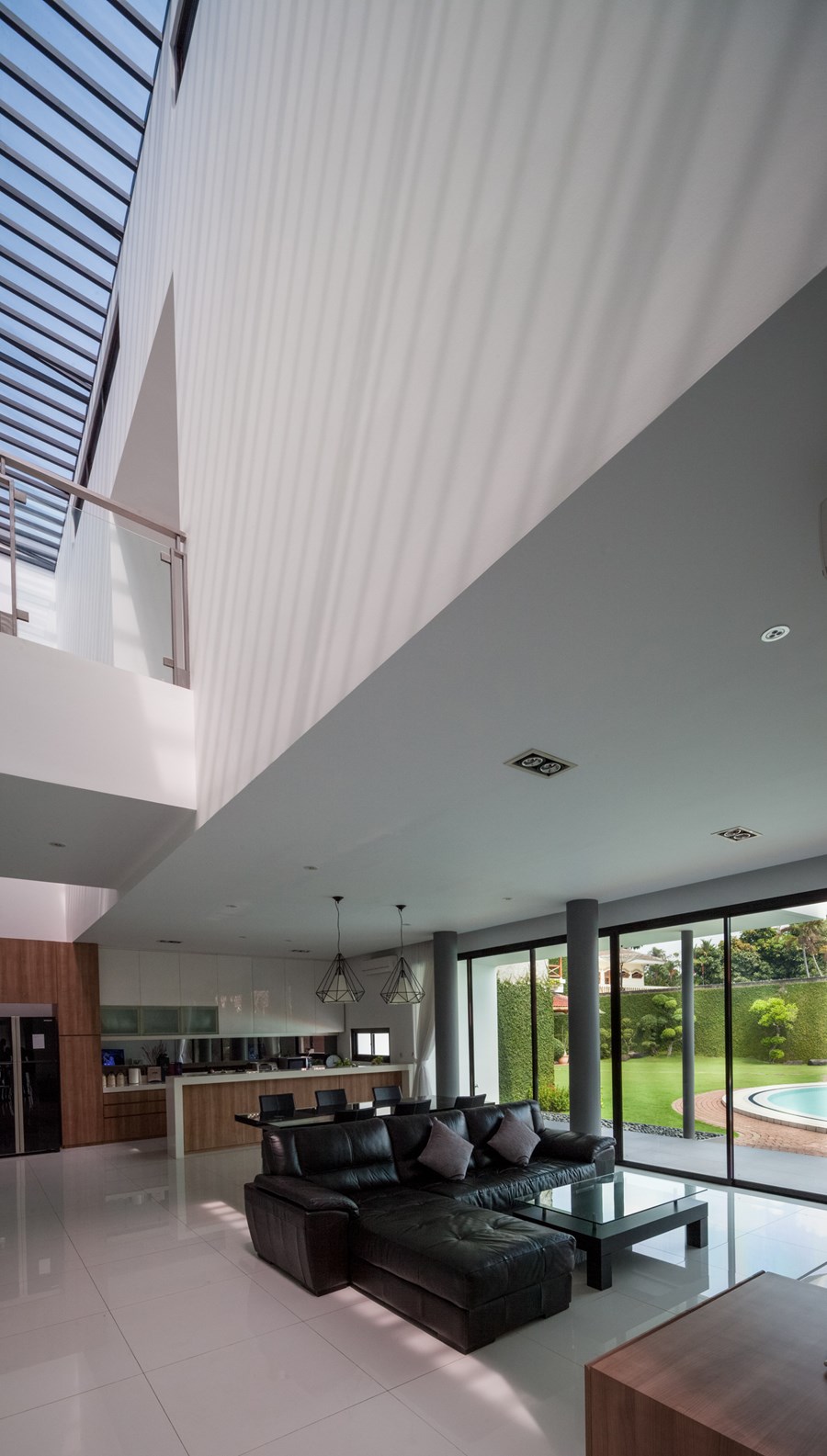 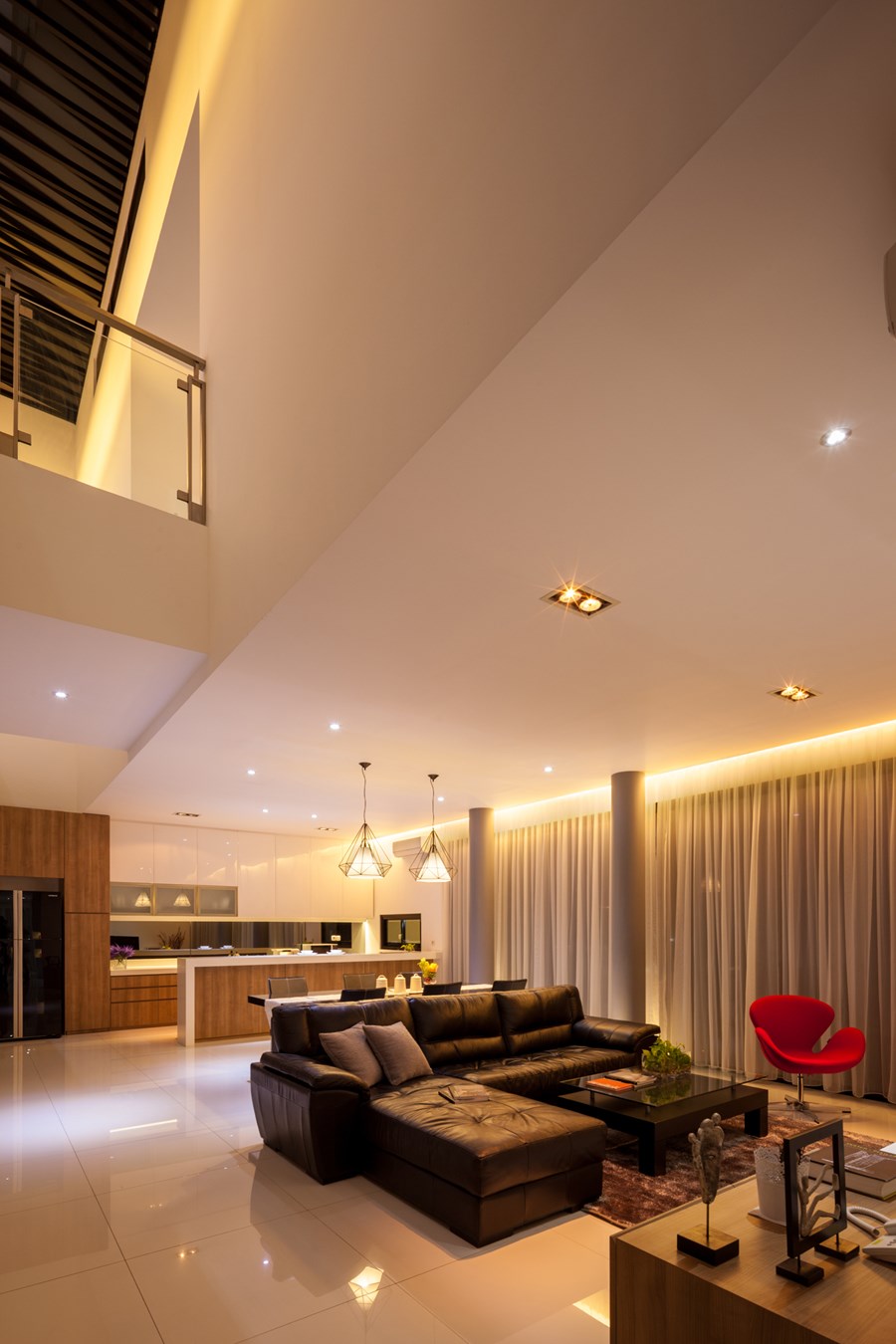 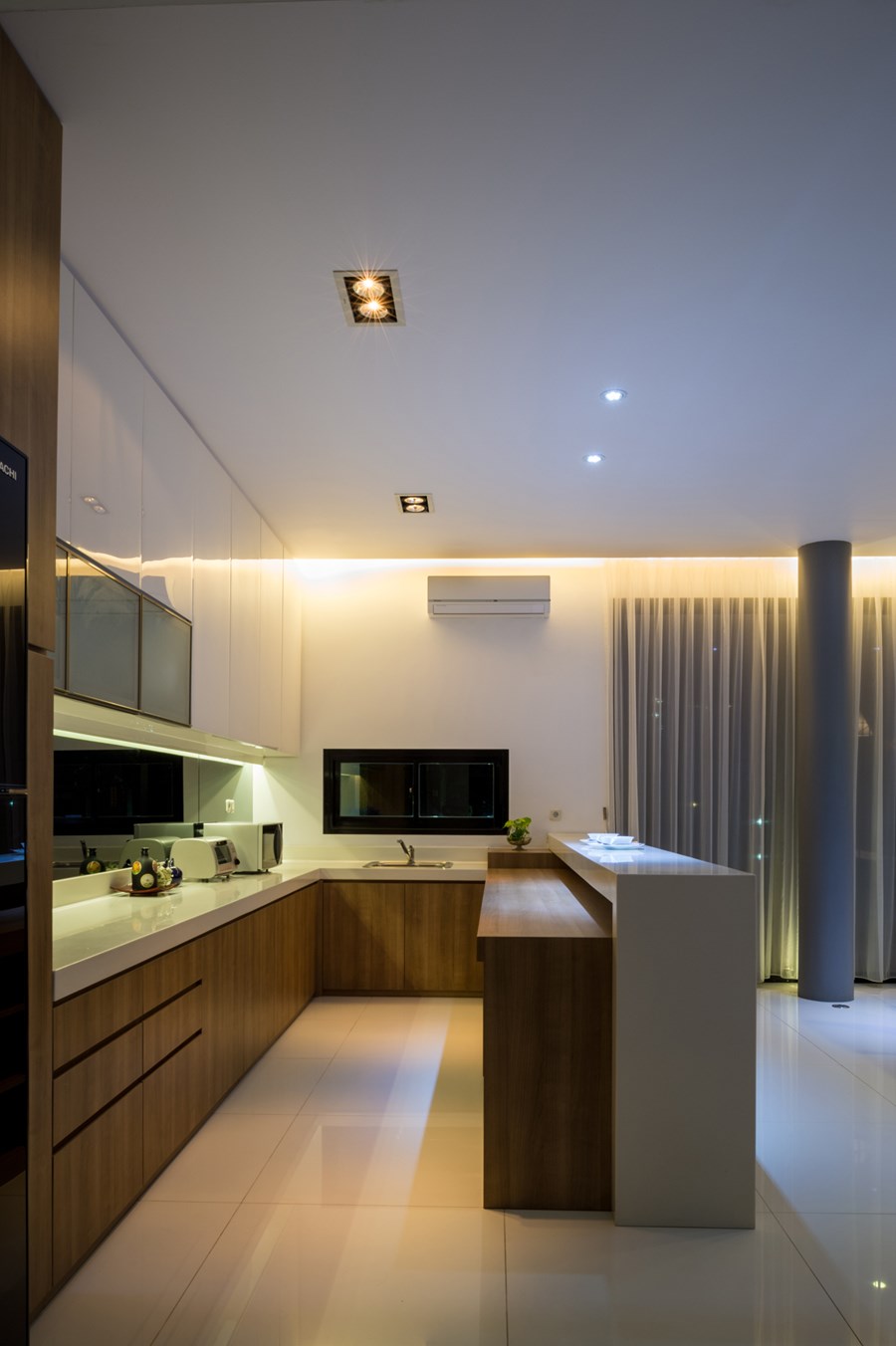 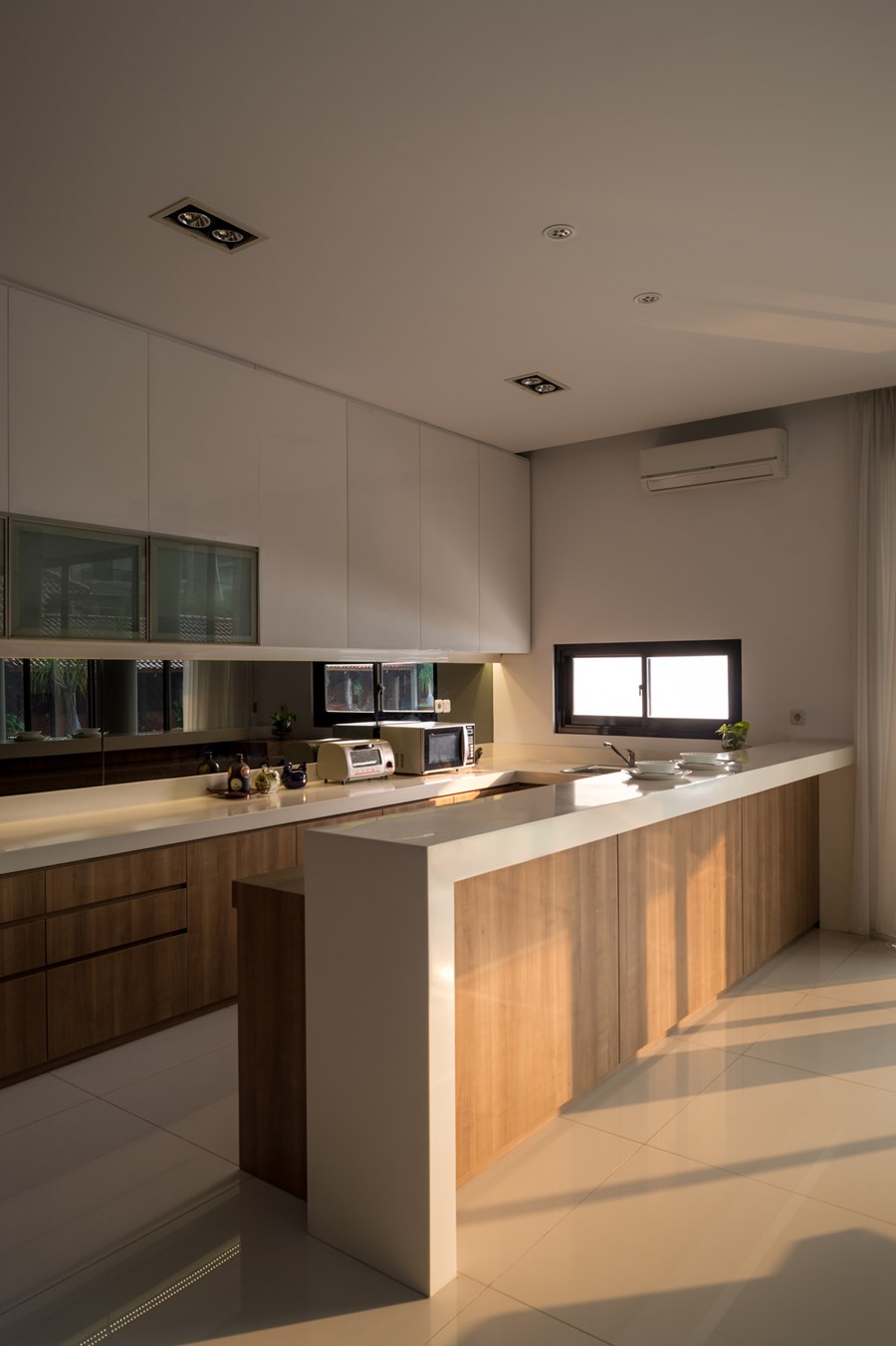 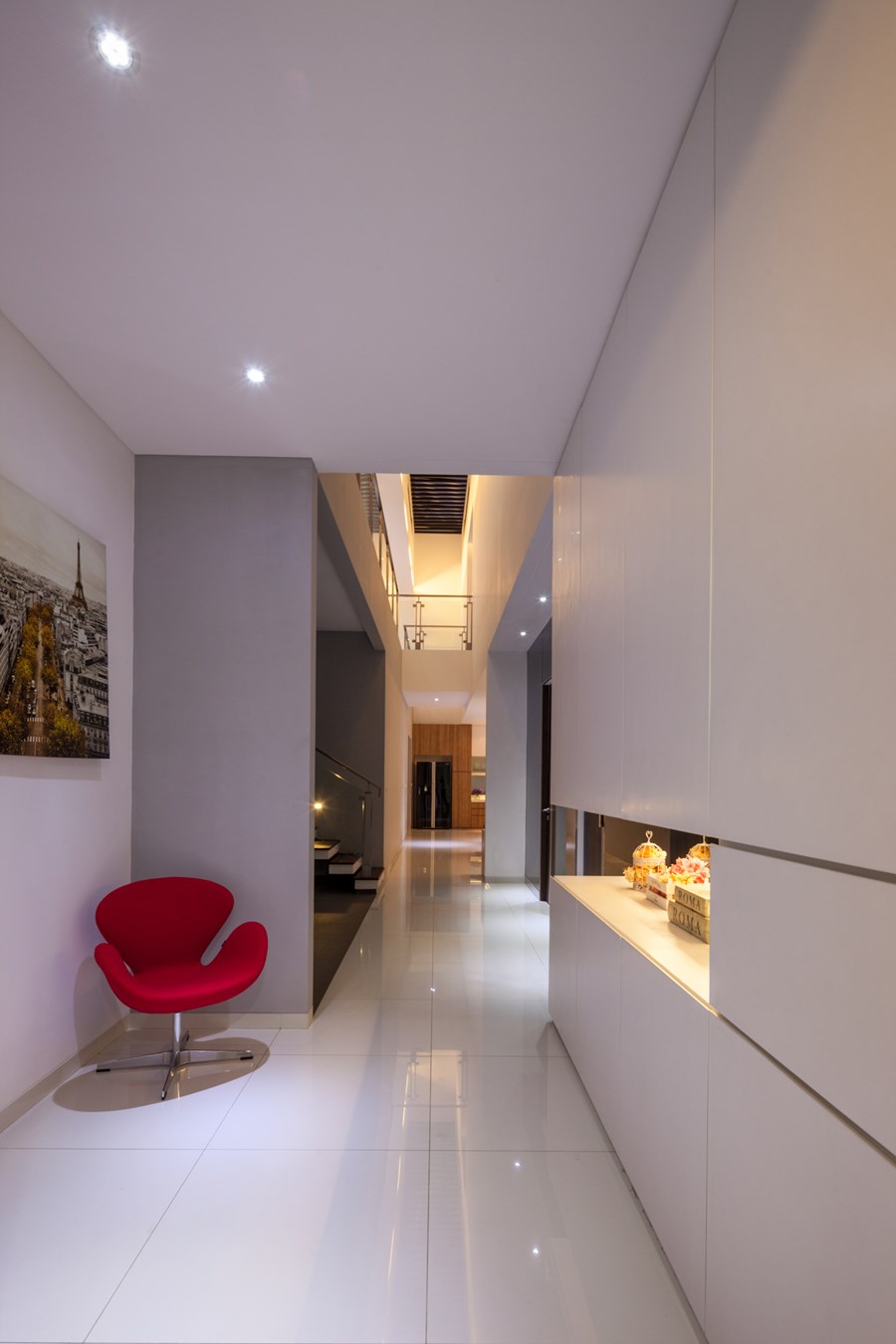 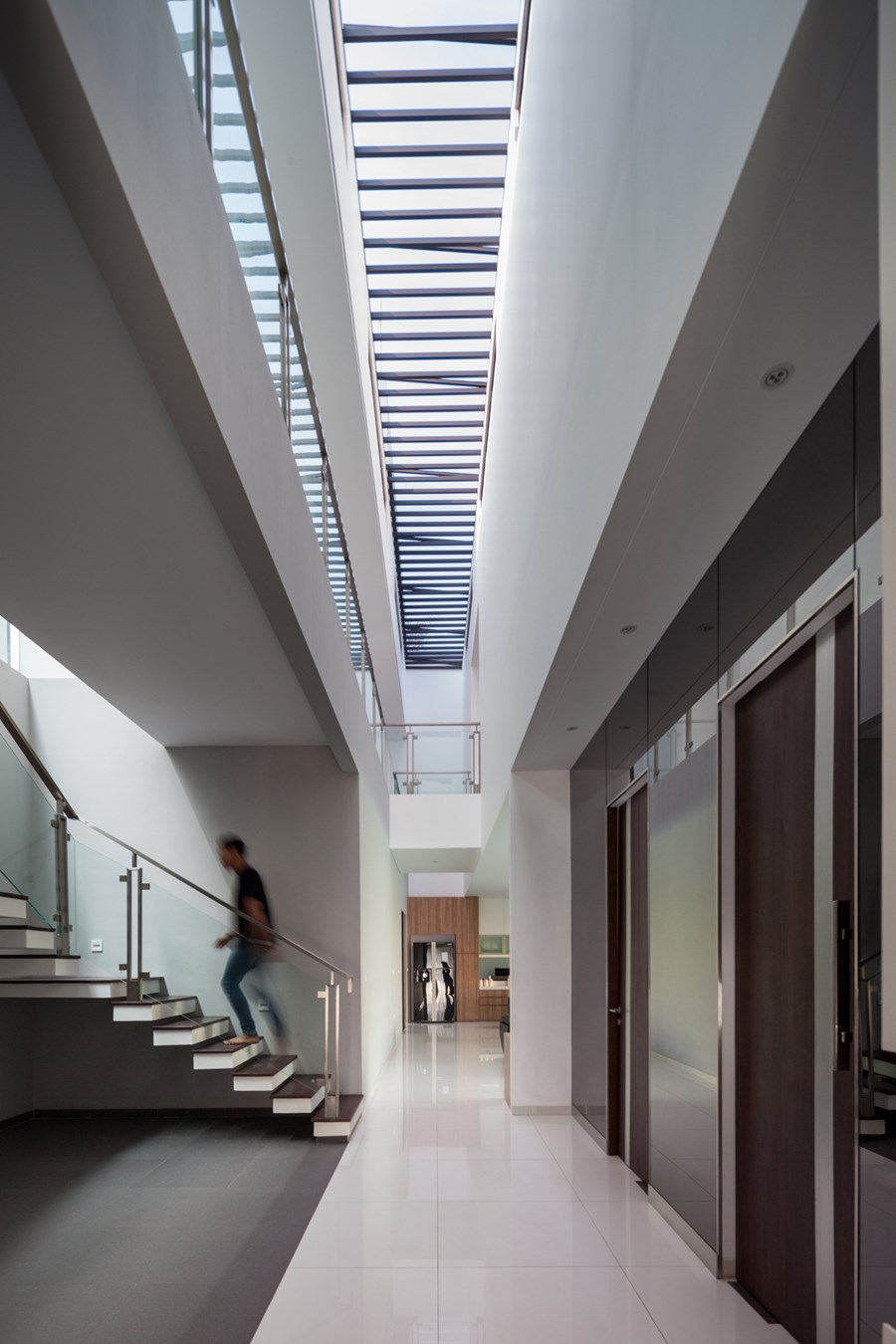 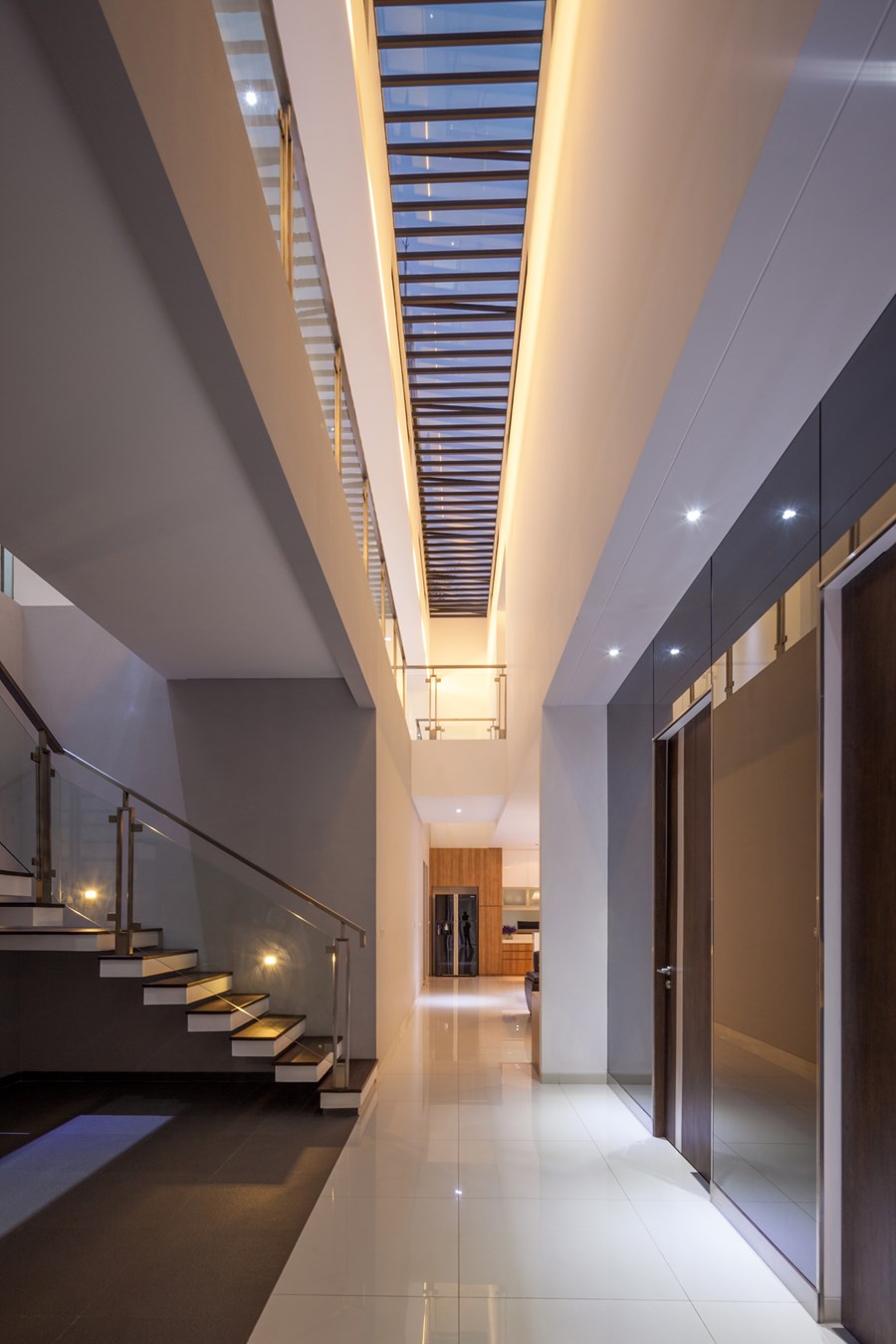 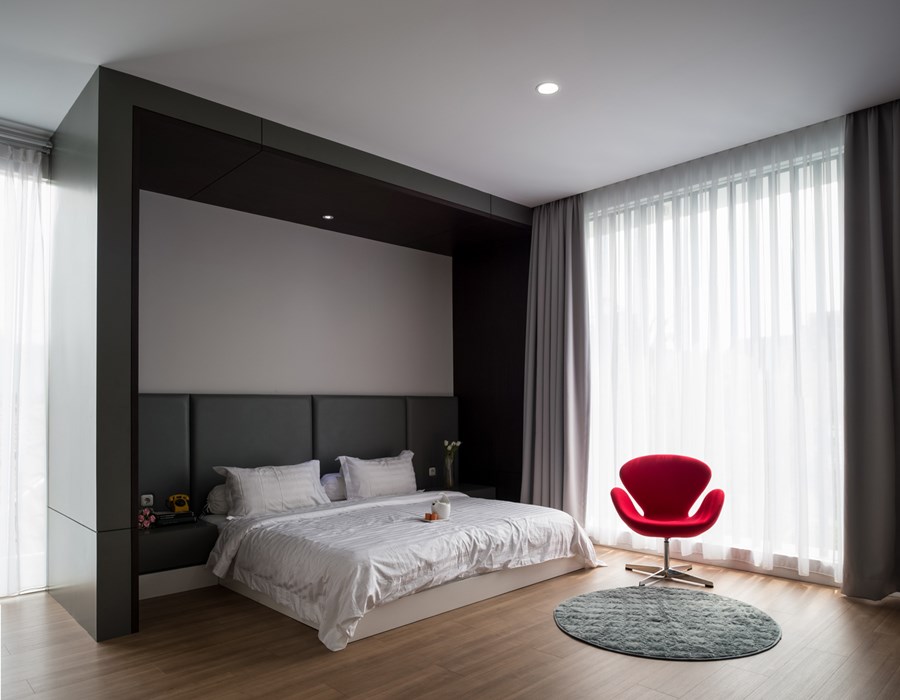 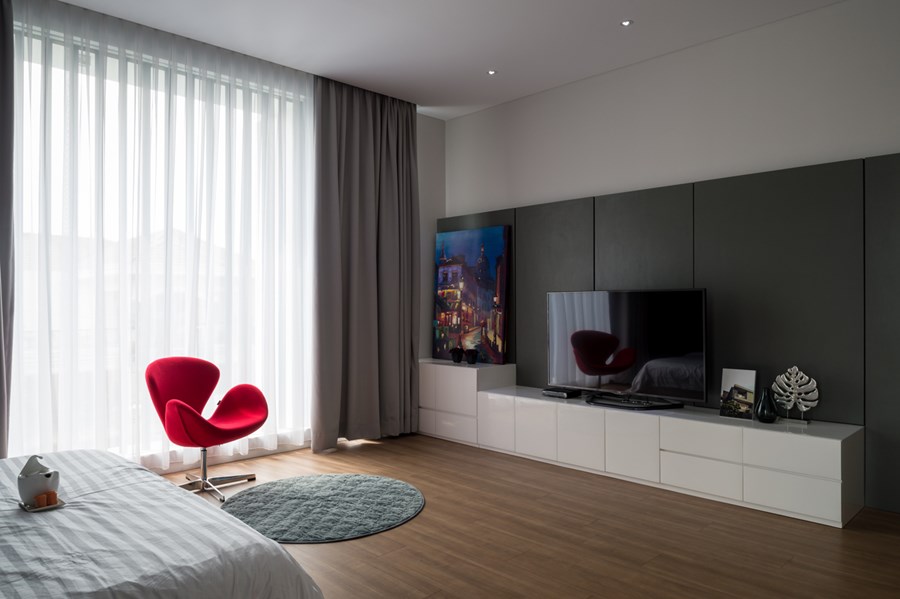 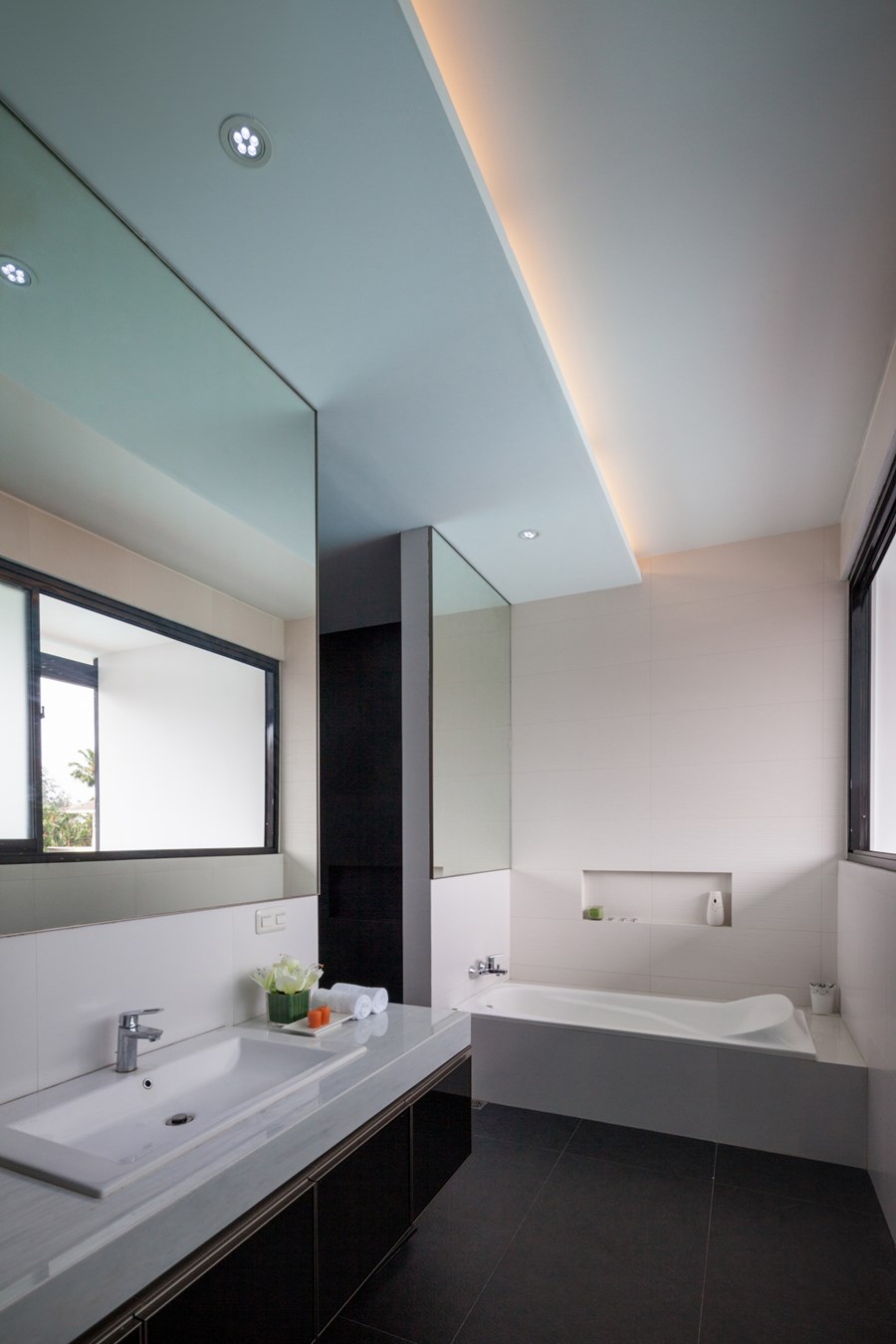 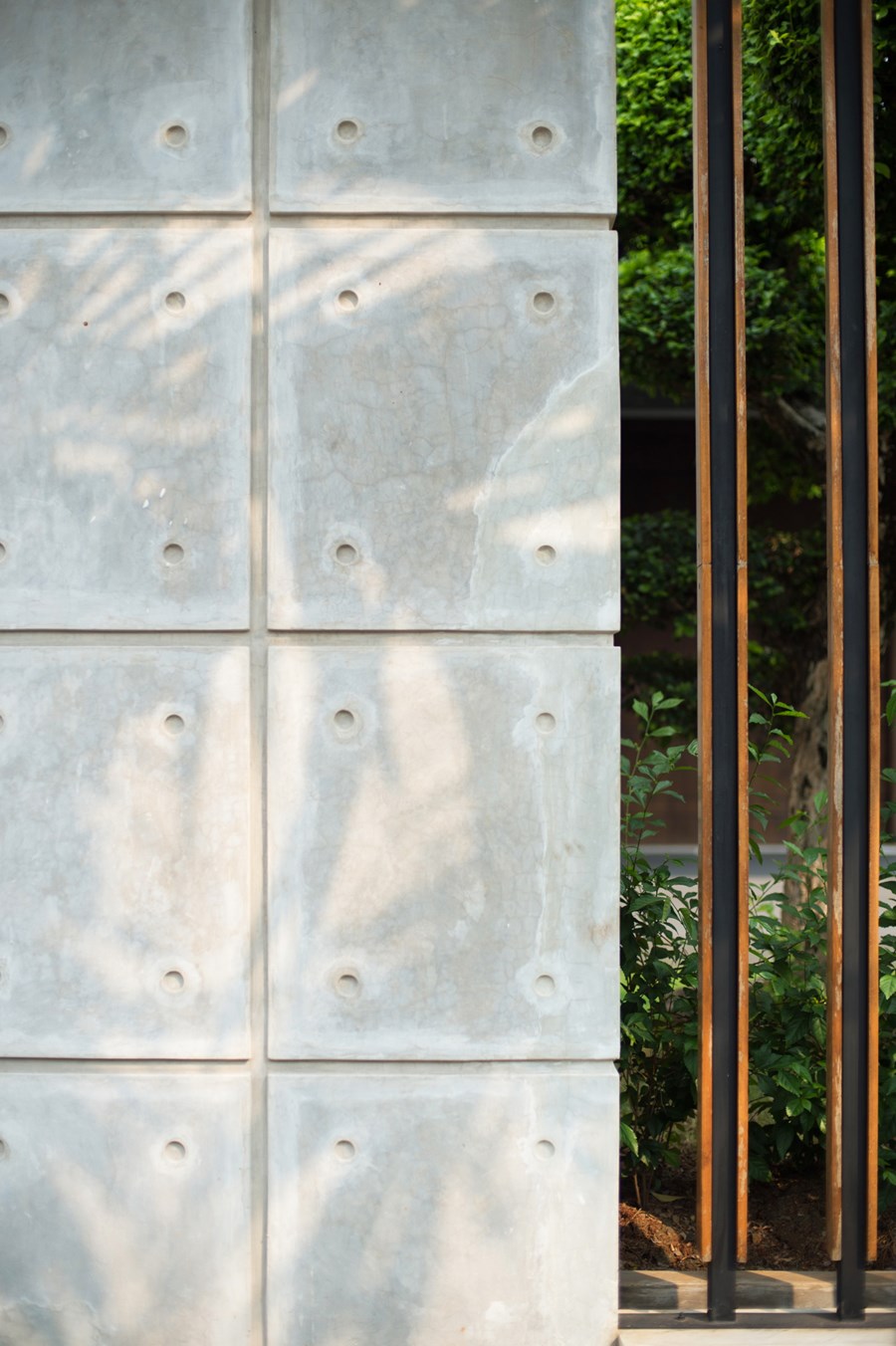 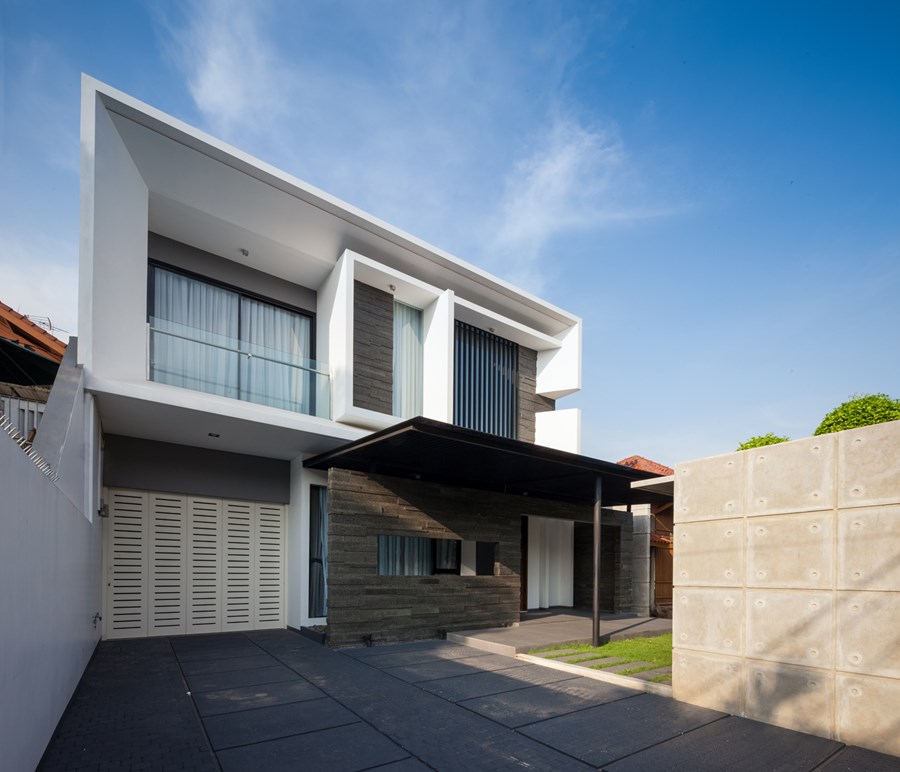 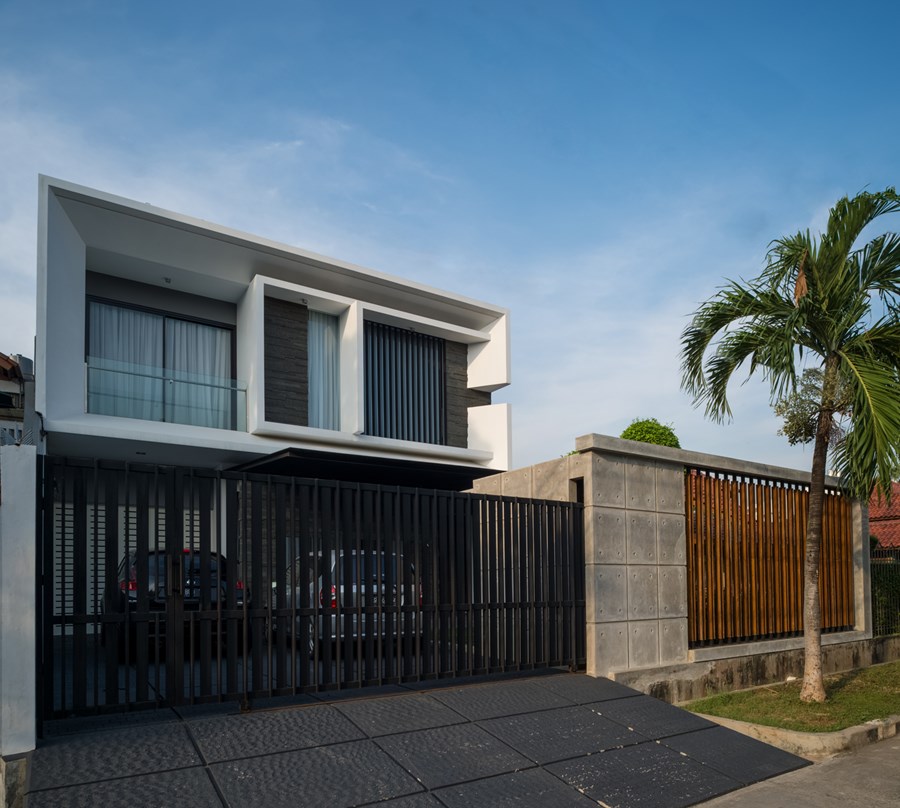 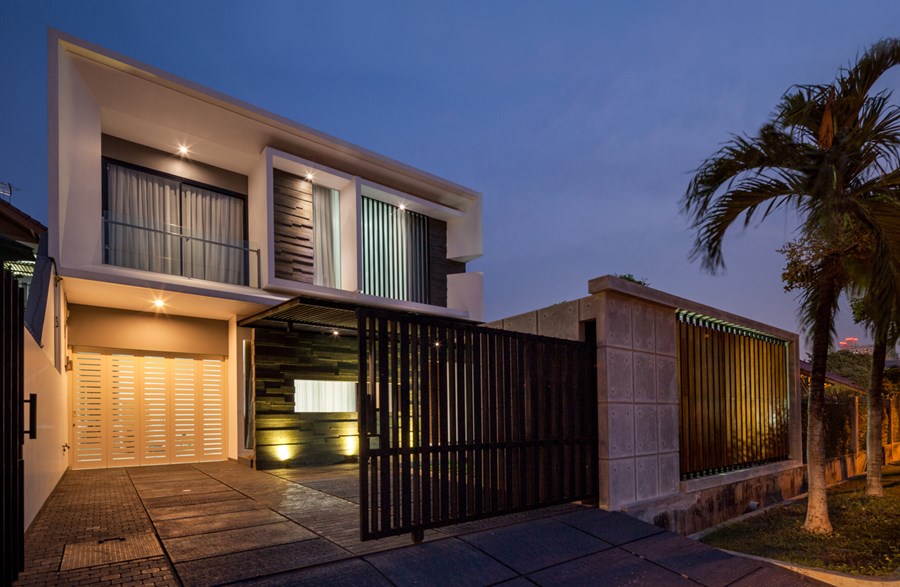 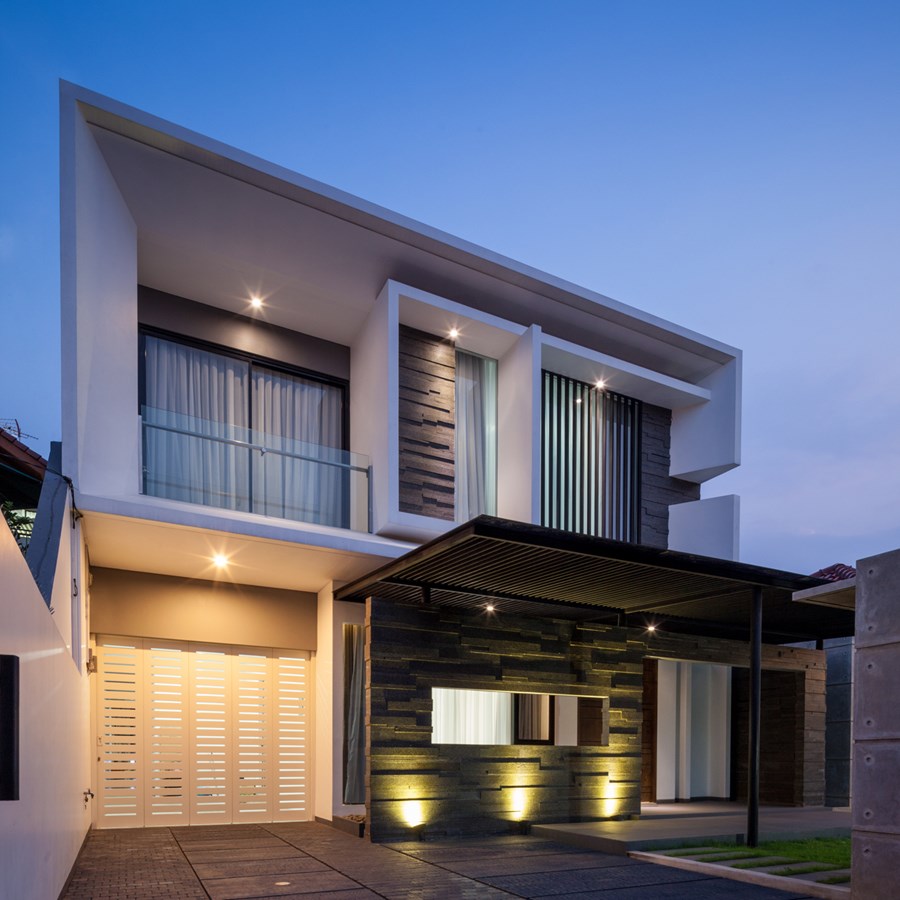 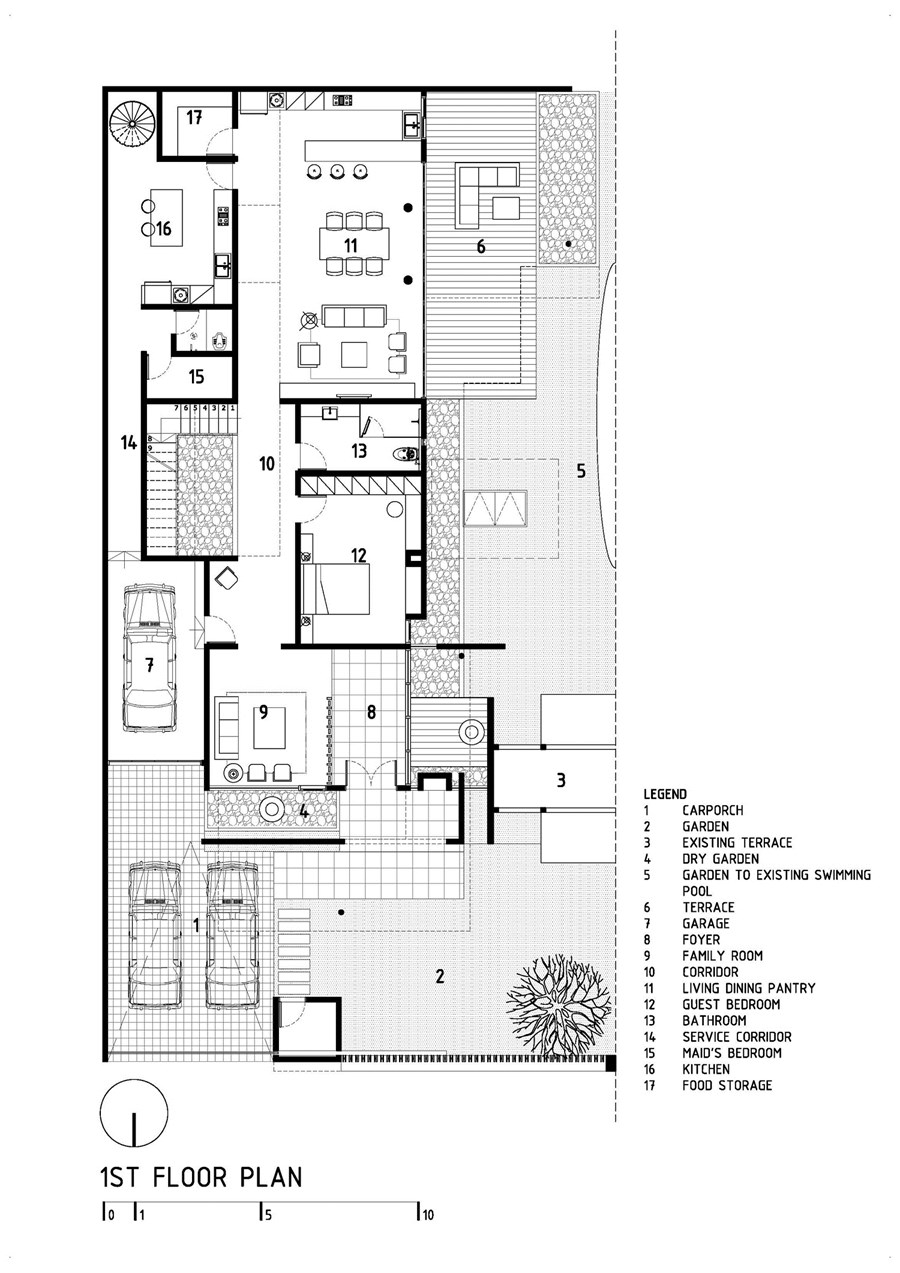 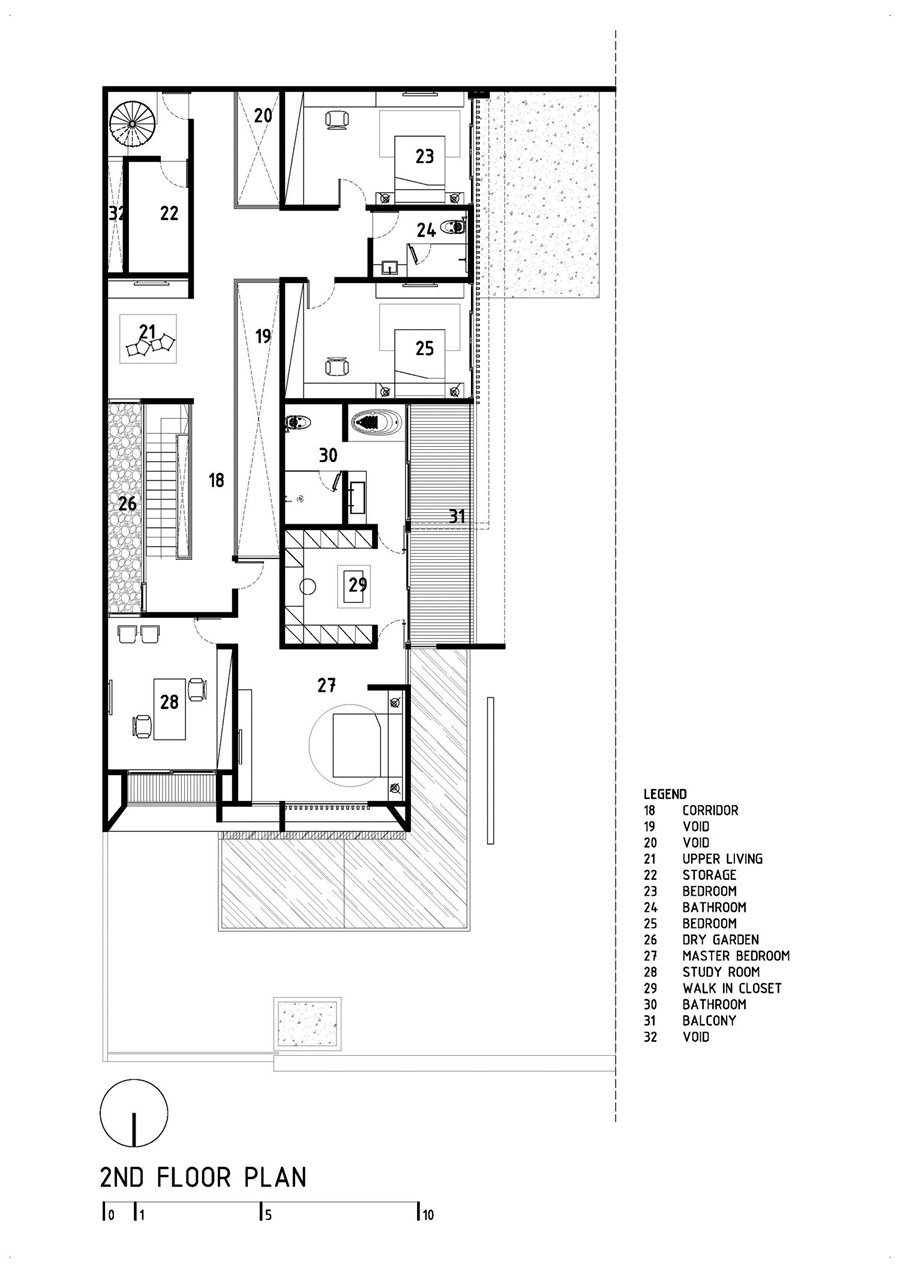 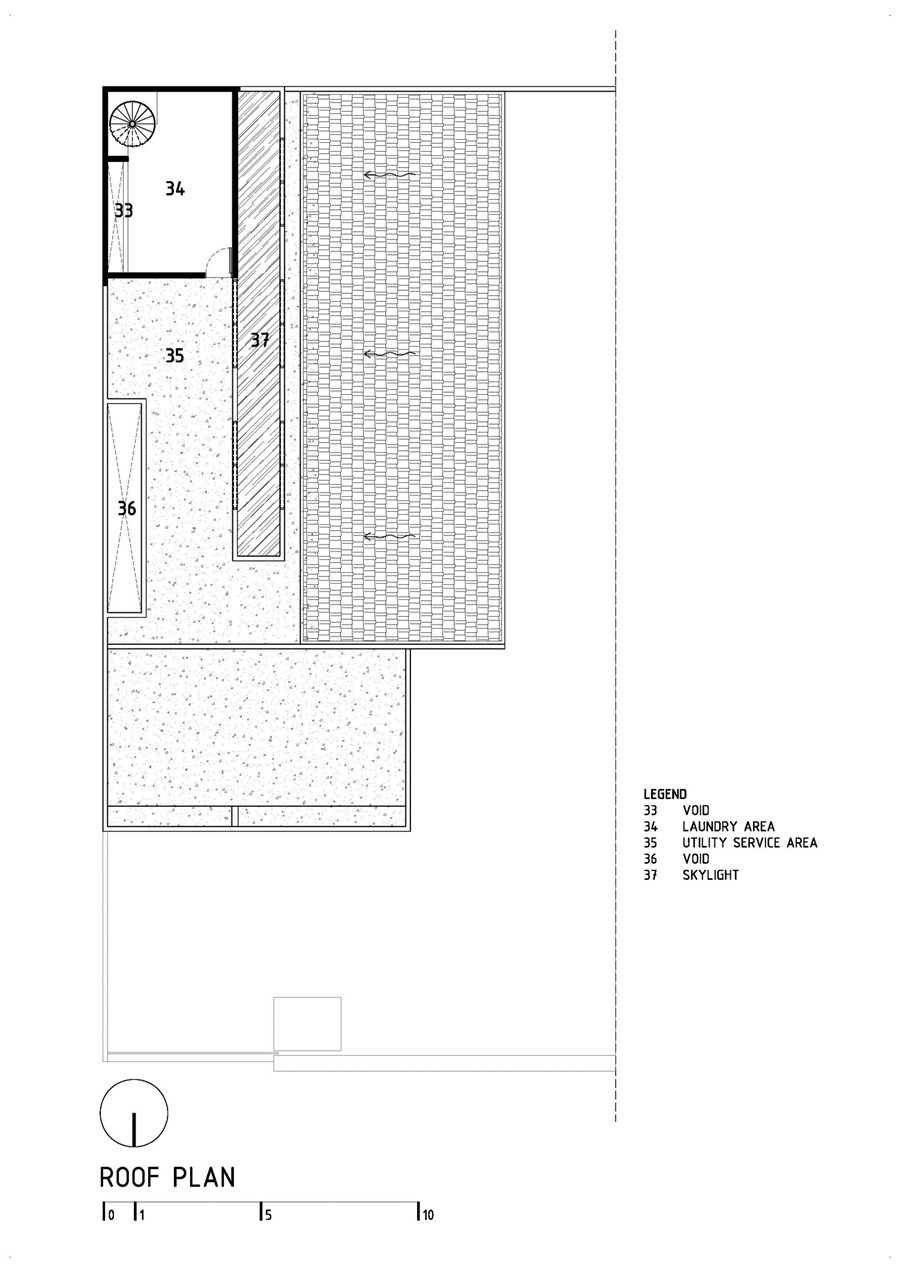 This project is located on a land which is a part of 4 different sites that is actually one as a whole as it is owned by a single owner— who is the head of household. This land has something unique to offer because there was no partition between these four sites, which, visually, creates the impression of unity. When Don Pieto and Henny Suwardi were first commissioned to design this house, there has been a building established in the first site. The building has become the main house for two generations, in which this man’s children grow up. At the second site, there is a huge swimming pool and a large garden, while the remaining sites are vacant and unoccupied lots. They are left empty for a reason. The head of this family has always had this dream, that one day, when his children have matured and have their own family; they can build their homes on the vacant sites so their big family can live close to each other. The swimming pool and garden which are located in the central part of the sites will be the “center” and “connector” between all the three houses. Recently, one of this man’s children has just started his own family and this project is intended to build a home for him.
The design approach is to bring the tropical style into this house by translating it into formal and modern architecture’s language, thus, a lot of attention will be directed to several elements such as, “shade”, “light”, “air” and “void”. With the swimming pool performs as a binding space between the main house and the new house, a series of openings towards the pool and garden are created. That way, each private room in this house will have a direct view to the pool, and thus creates advantages, such as natural lighting and air circulation access in every room.
The basic requirements in tropical design style are air circulation scheme and natural lighting scheme. In this project design, both schemes are attempted to be manifested nicely in space scale. So the idea is to put together the two schemes as part of spatial experience. Spatial experience here is not only associated with aesthetic aspect, but also covers the functional aspects; and the result is a composition between several aspects, such as “spatial experience” itself , “circulation diagram”, “cross ventilation”, and “natural skylight”, occurs. The composition causes “shade”, “light”, “air” and “void” that are mentioned previously, blend in completely in the middle of corridor-void rooms of this house. Laminated glass roof acts as ceiling that illuminates almost the entire space inside the house, along with black metal lattice that can creates diverse shadows in the house as the sun’s angle changes throughout the day.
A series of outlet air circulation placed right below the laminated glass roof is used to help draw out the hot air from the house and trigger cross-ventilation system for the house.
For the interior of this house, the idea is to present a ‘white canvas’, because the owner’s wife is, in fact, a graphic designer who likes to decorate while producing custom decoration element as her hobby. Hence, the idea of ‘white canvas’ is intended to bring a lot of space that can give her the opportunity to pour her creative hobby, so as to create a unique and personal space that reflects her own personal characteristics. Although this house has a different appearance when compared to the main house, there are actually several things that are attempted to be maintained and brought back to the new house, especially in term of materials. For instance, the new house will used exposed concrete and natural stone, which previously used widely in the main house. Furthermore, some wood materials left from the main house’s small demolition will be reused as the basic element for the fence’s design.
Photographs : Mario Wibowo& DP+HS architects documentation.