A House in a Moshav was designed by Rotem Guy and is located in Moshav Porat, the Sharon area, Israel. 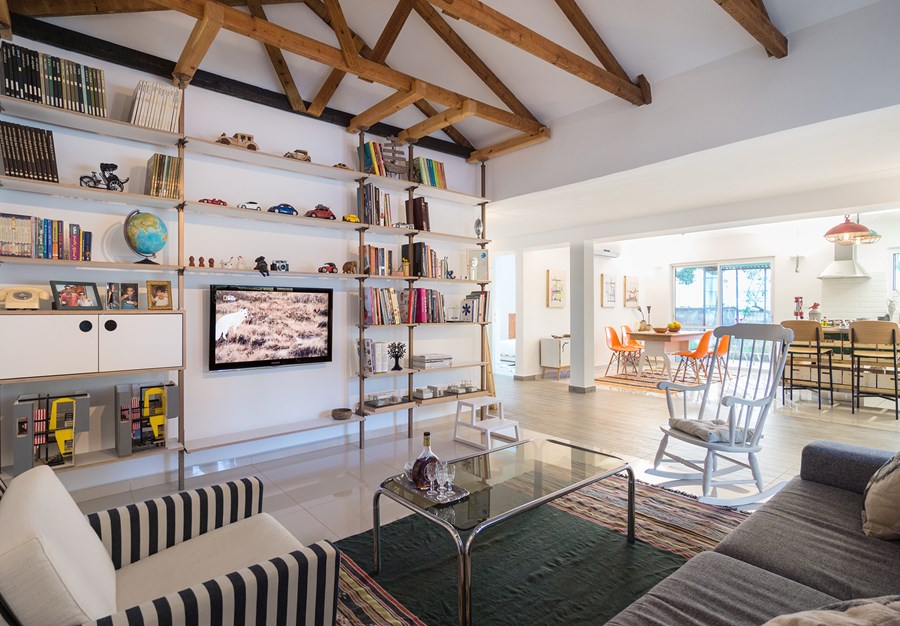 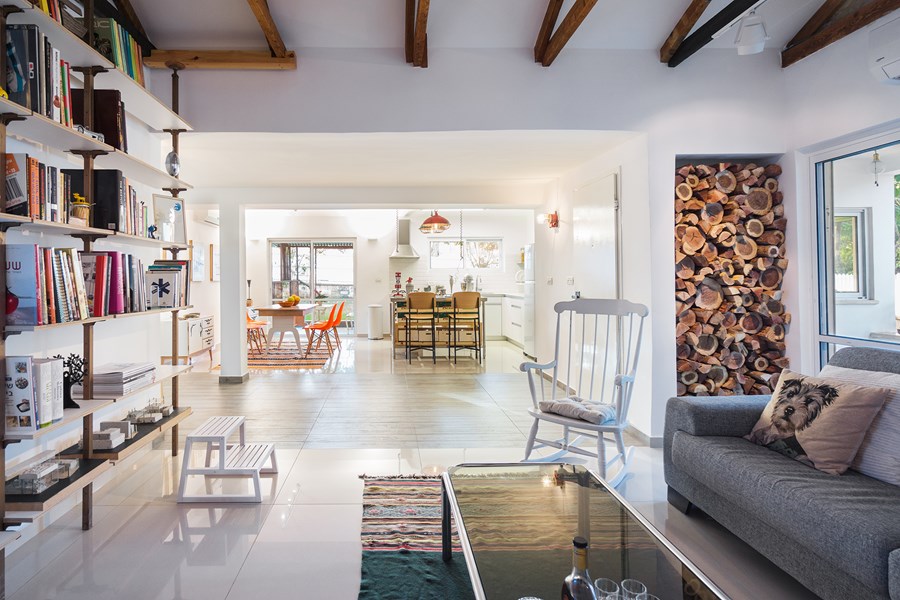 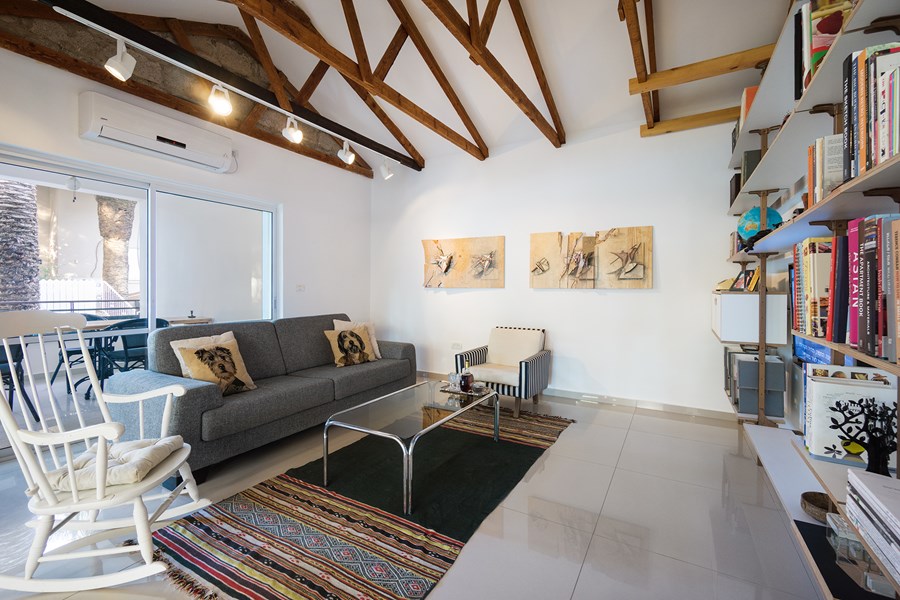 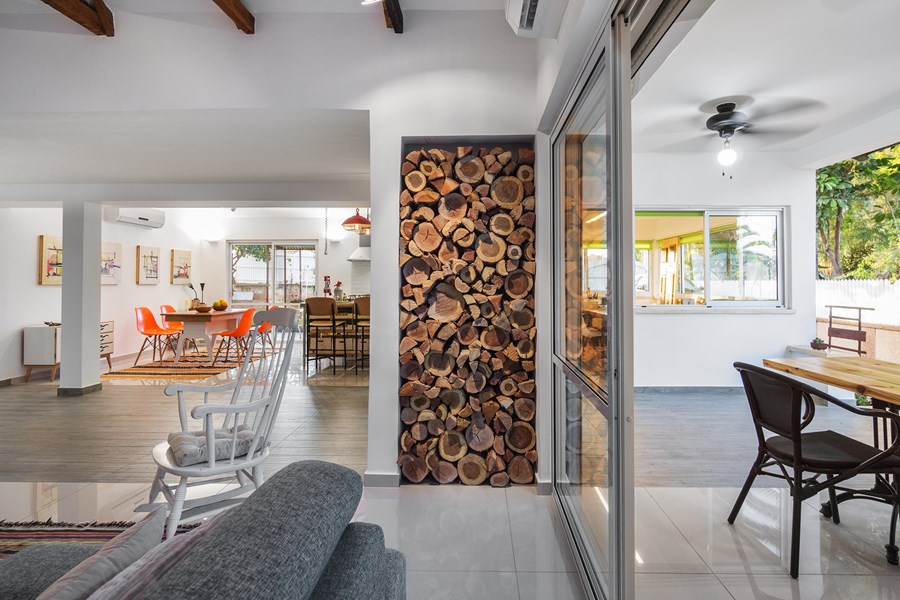 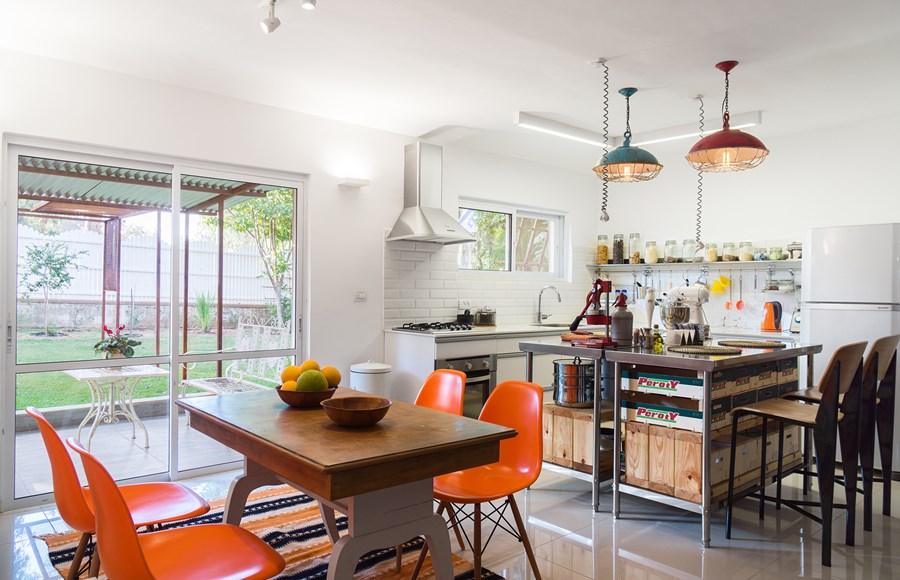 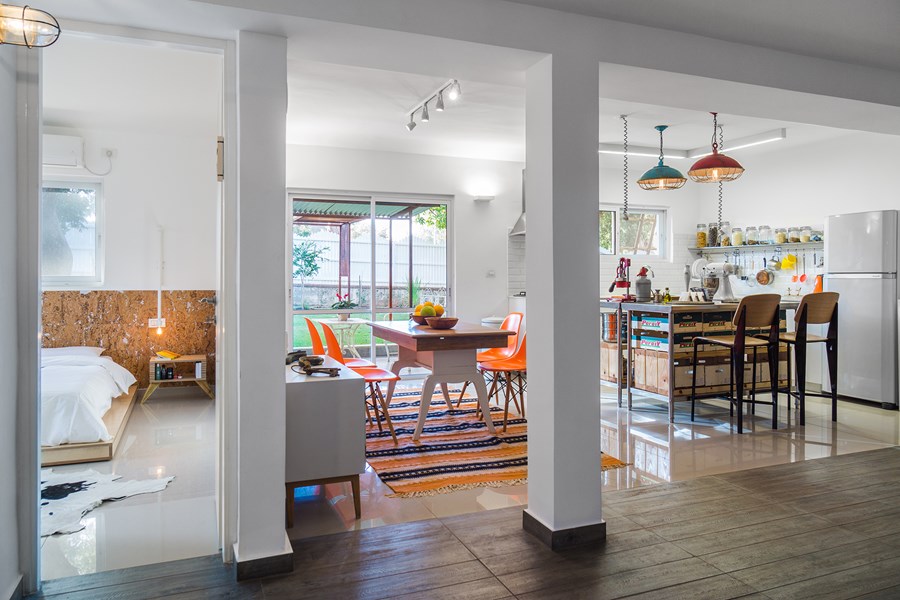 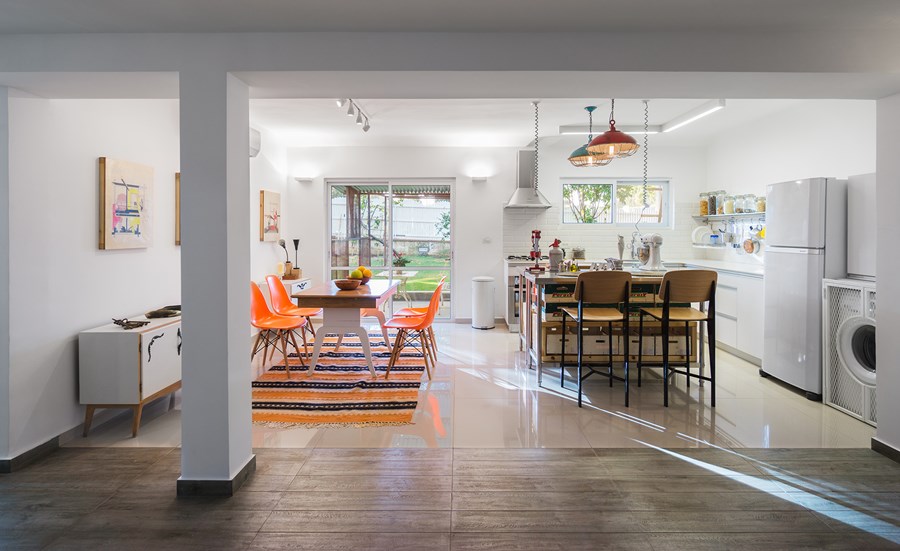 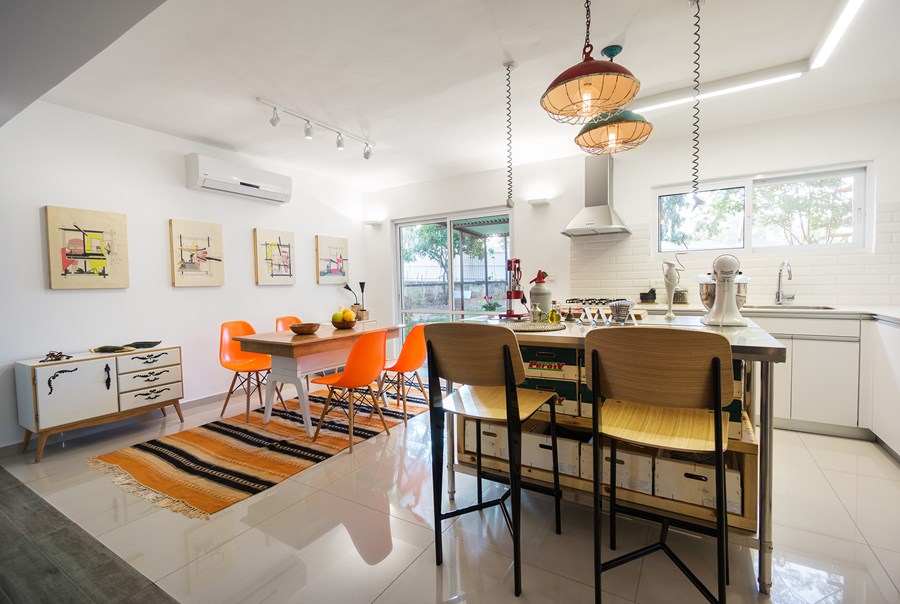 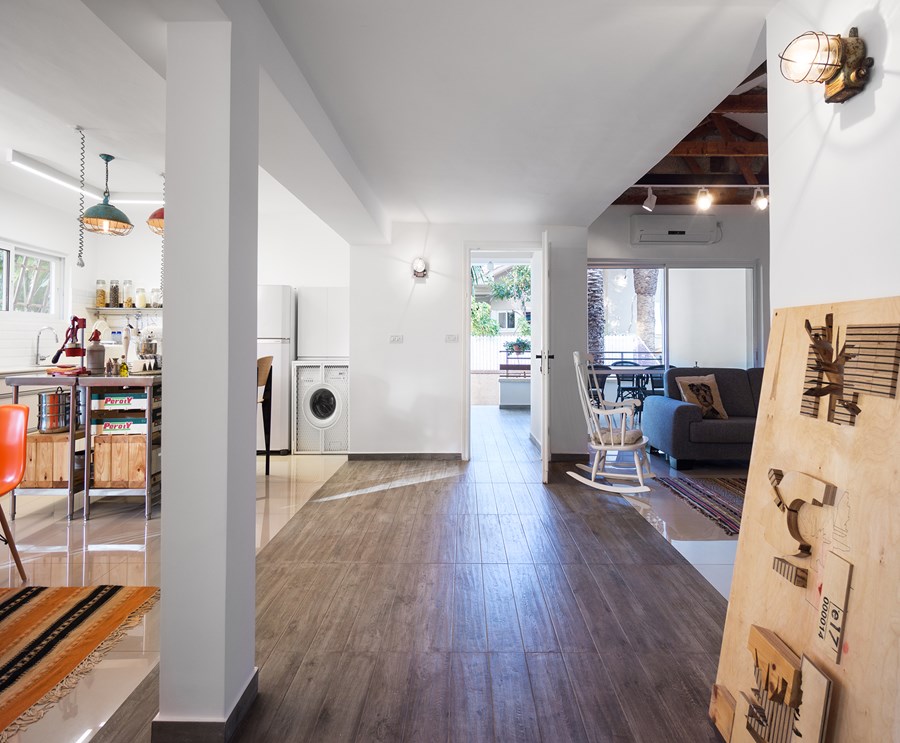 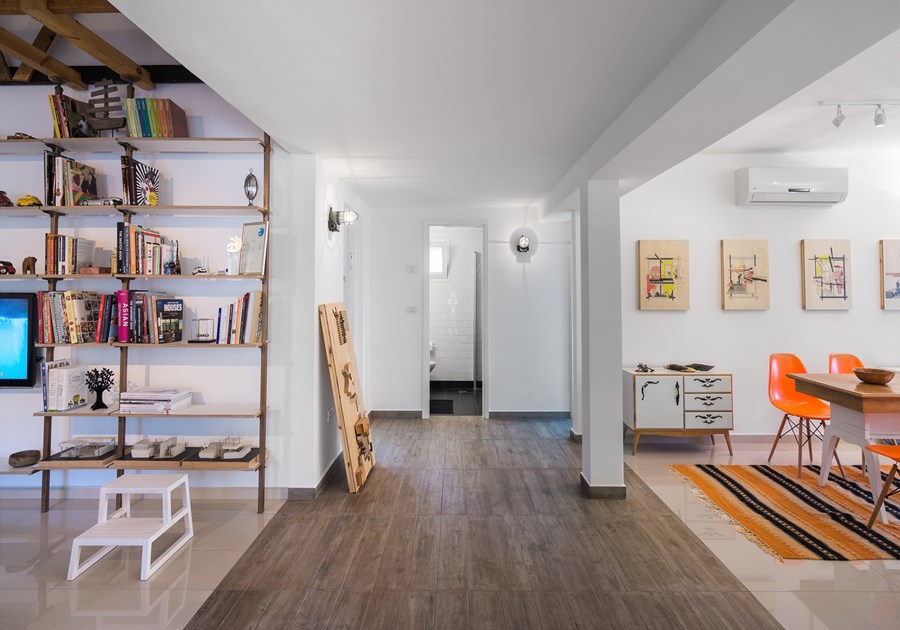 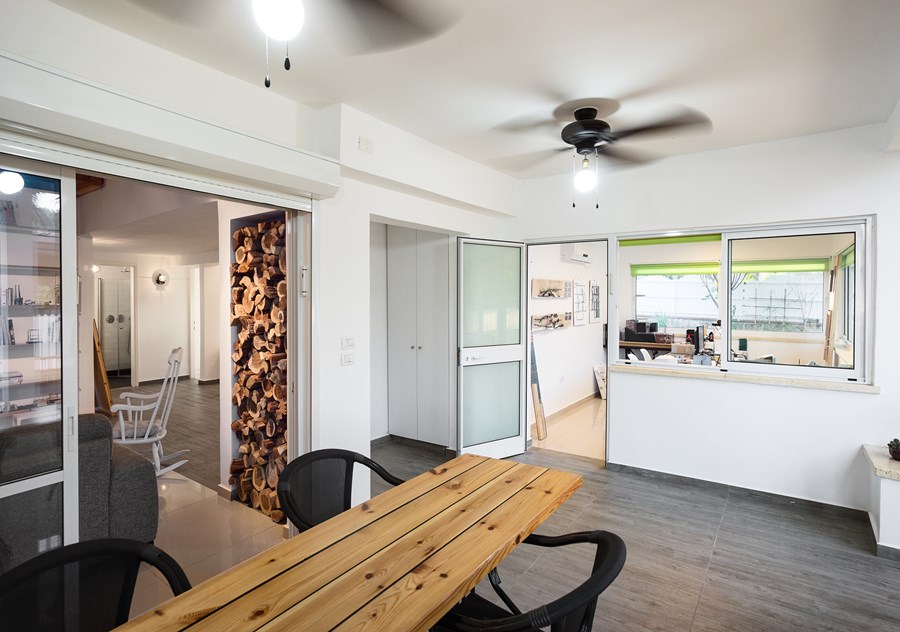 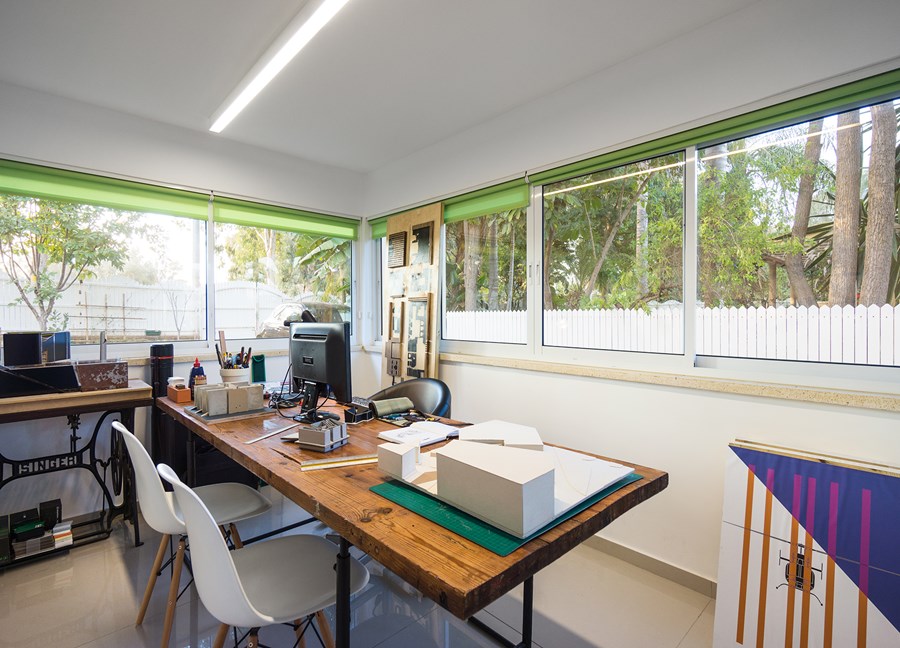 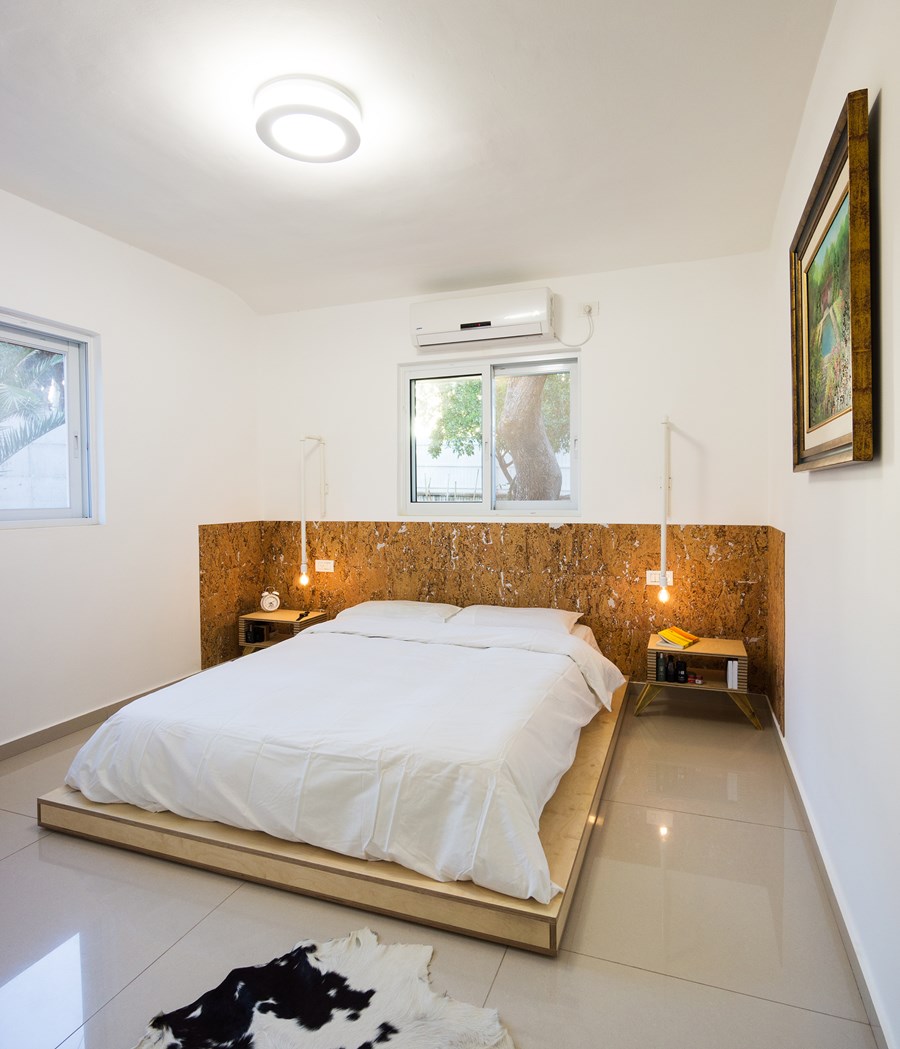 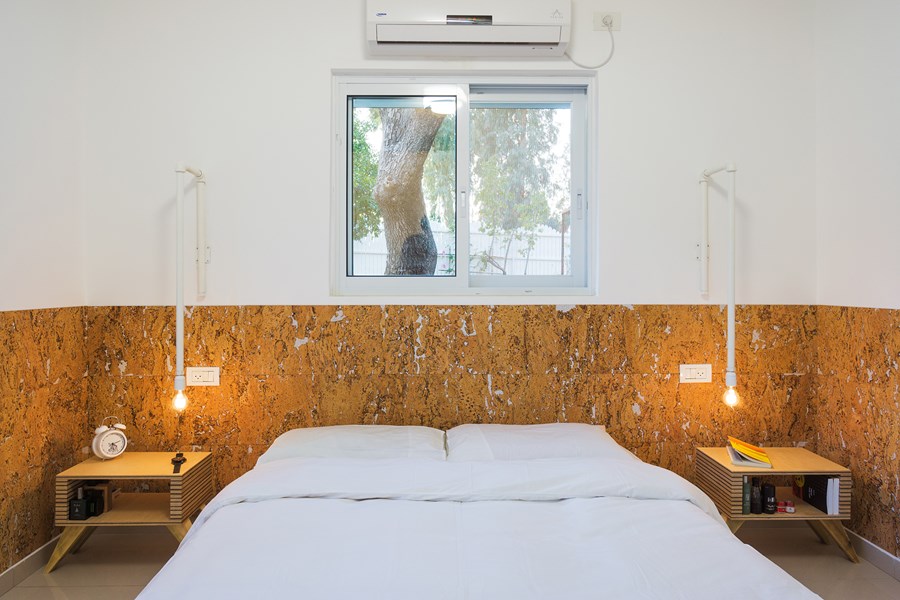 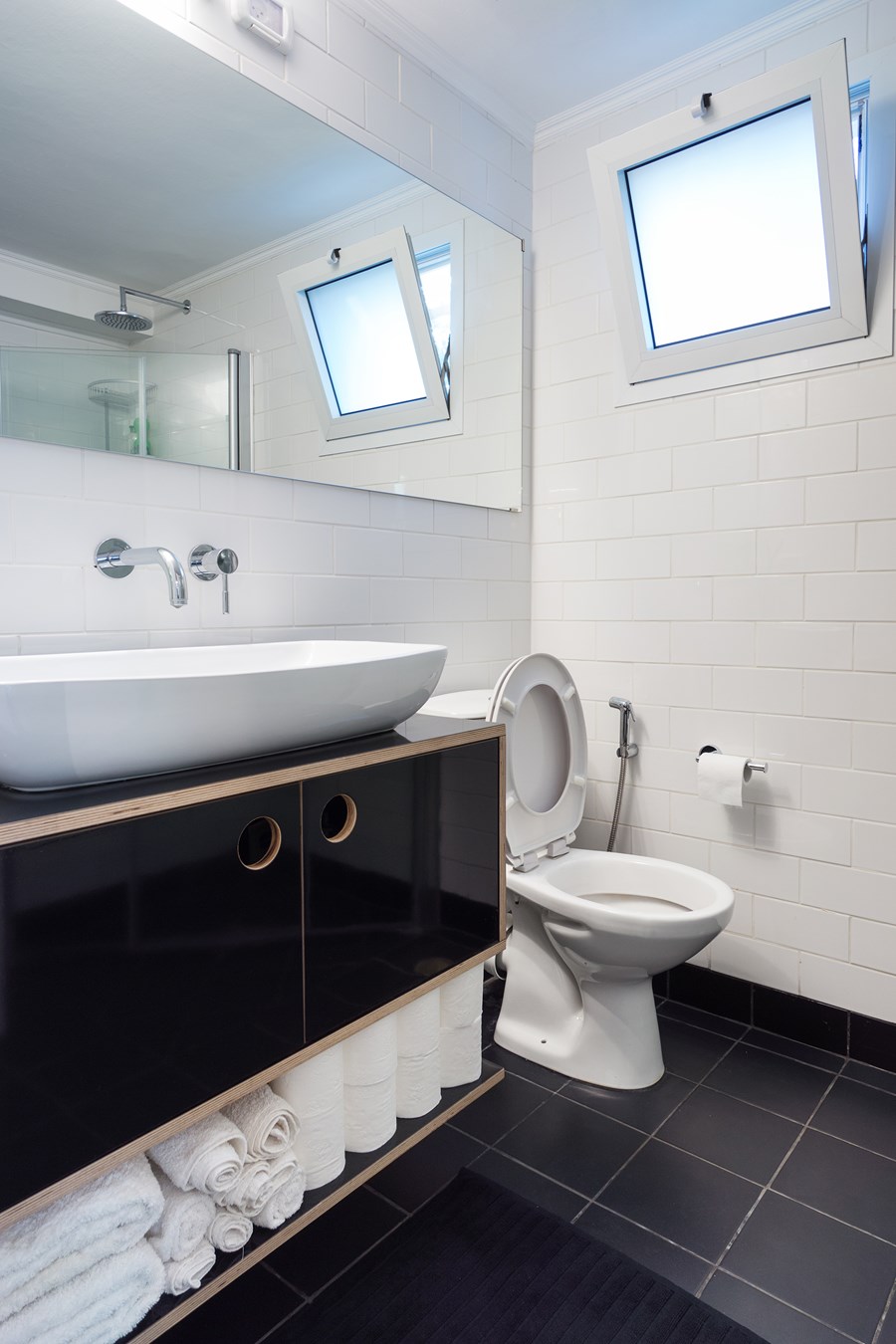 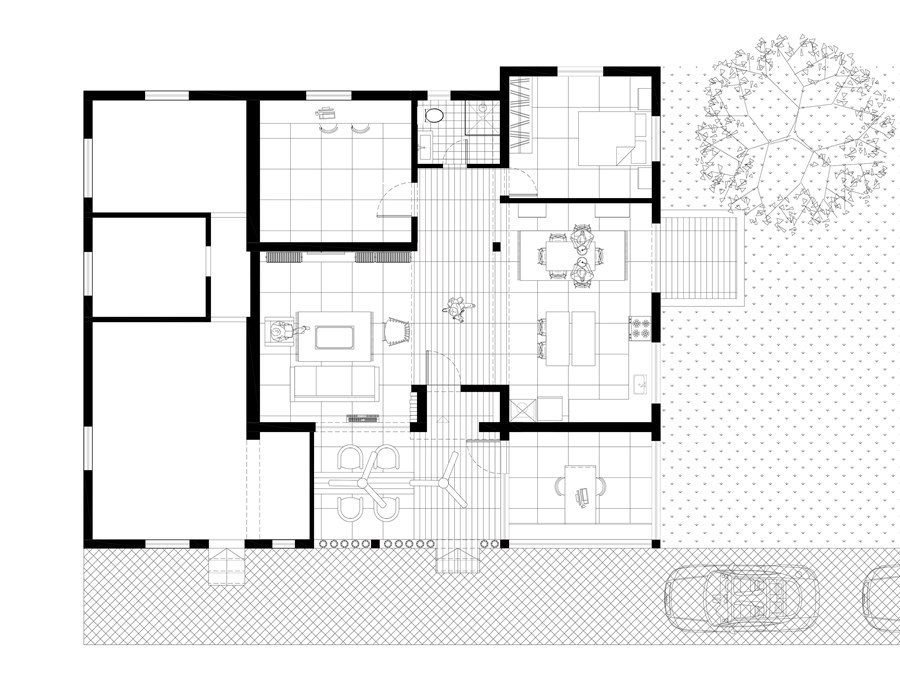 The original house was built in 1951 for a Jewish immigrant family from Libya. At first it was a tiny unit, typical of the houses built by the Jewish Agency in those years. Through the years, as the family grew, the house was enlarged.
In the renovation process I preserved its central elements which represented it along the years and were an integral part of its form and content. Into those I weaved new content to accommodate it for its new lodgers – a cook and a designer.
As the walls and the ceiling were exposed, a unique visual form was created which led to a clear deliberation as to the proceedings of building the house. The oldest part, which belonged to the first unit, contains the kitchen, dining area and bedroom. The room at the entrance, which was a later addition, is now singled out by a “carpet” of grey floor tiles. On the other end of the house which contains the living room, wooden roof beams belonging to the original house had been exposed and preserved, as well as the old book-shelves, which were an important core of the original house.
Interior furnishings designed by Rotem Guy:
Dining room:
Renovation of old chests from the seventies, color highlighting and exposing borders. Renovation dinning table, exposing the material and conservation by applying enamel, Orange Eames chairs matching. The orange carpet hand-woven from the fifties, made by women from Libya.
Kitchen area:
Central island made of stainless steel, combined with own production of pine wooden shelves and wooden fruit boxes. Closet doors of the washing machine designed with metal construction and metal rhombus grid.
Living room:
Renewal of library books supporting floor – ceiling. Shelves made of plywood coated with white Formica and exposed borders. Striped Armchair renewed and adapted to the overall design. Rocking chair restored. The carpet hand-woven from the fifties, made by women from Libya.
Bedroom:
A bed base made with plywood exposed, and clear lacquer. Bedside chests designed and produced by the studio. Bedside lighting fixtures designed by the studio and made of plumbing pipes.
Patio:
Table made of pine beams with clear lacquer, steel legs combined . The studio’s own production.
Photography by Peled studios / yoav peled