Loft Old Montreal was designed in 2012 by ActDesign and is located in Montreal, QC, Canada. 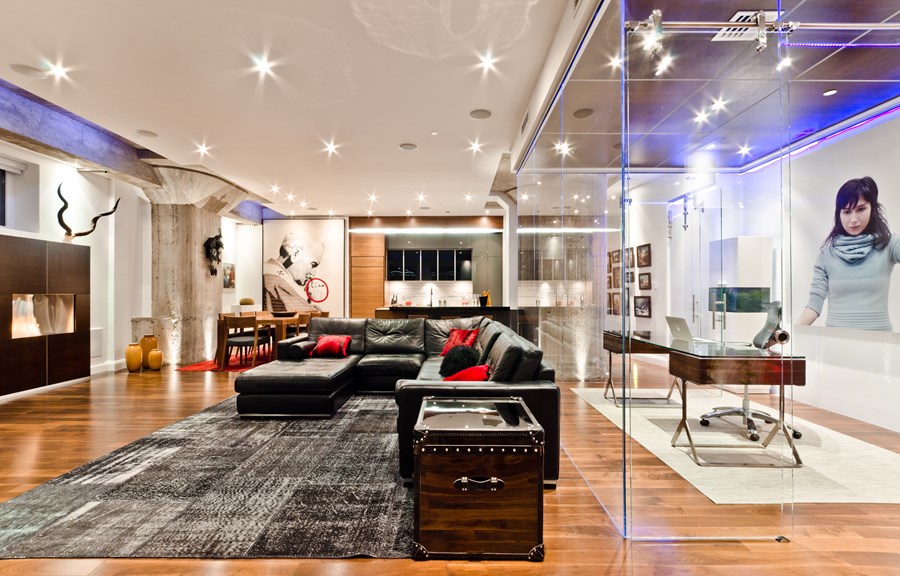 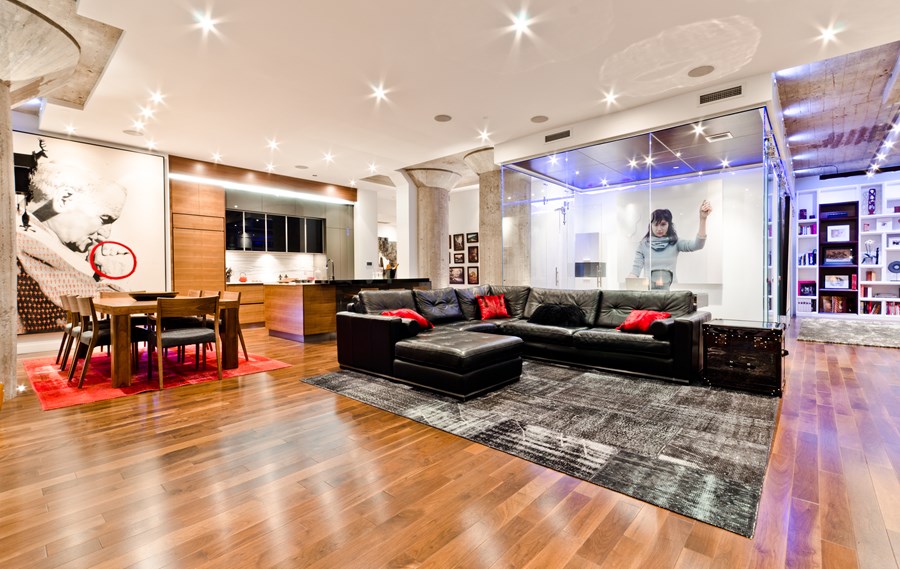 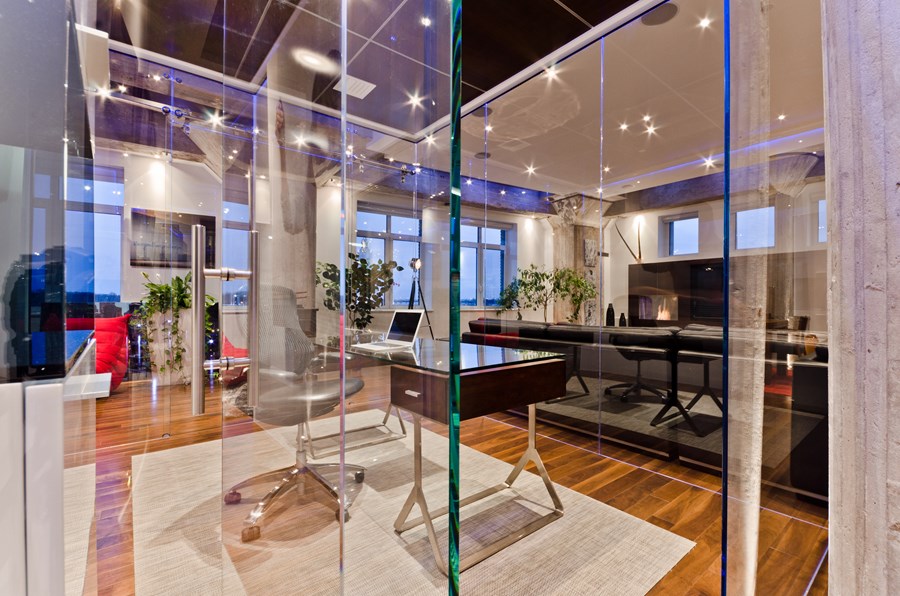 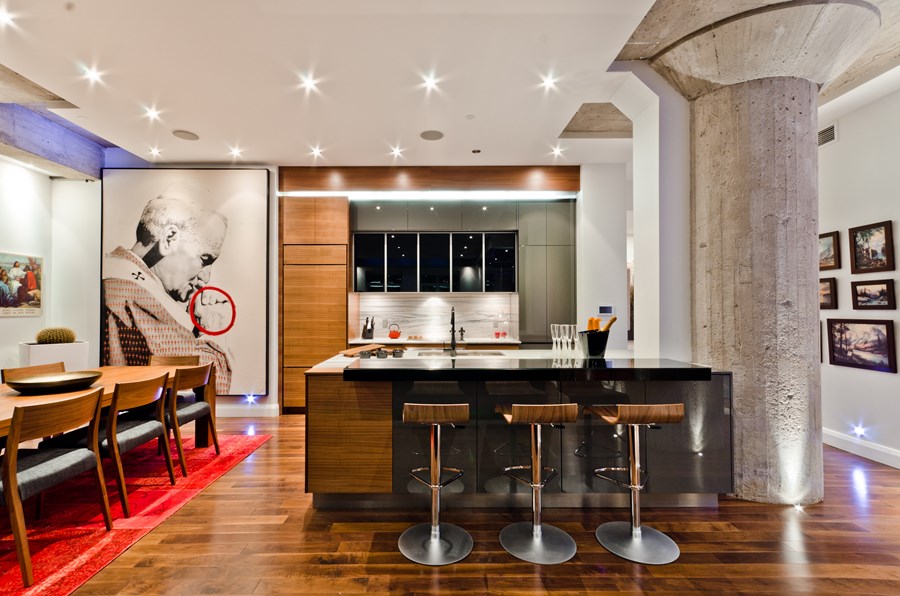 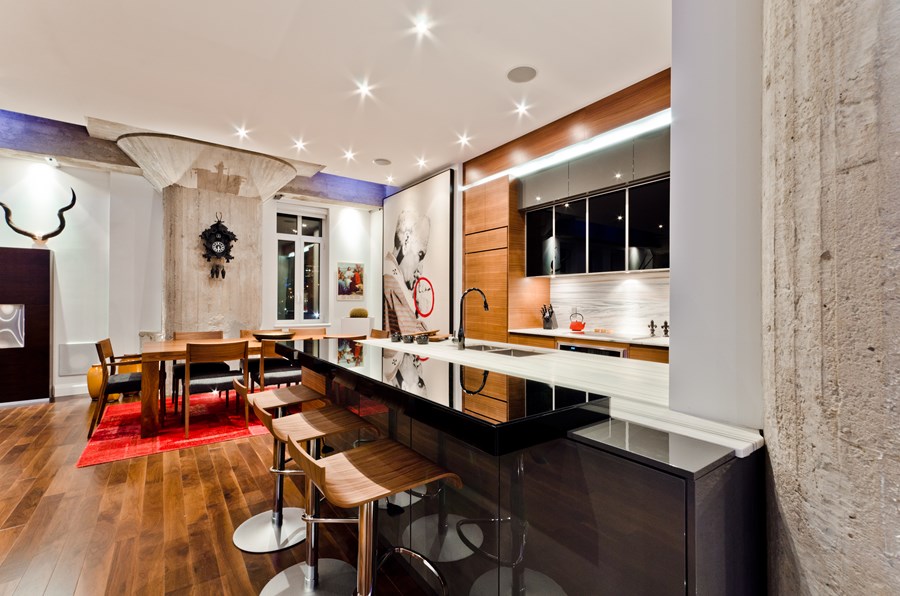 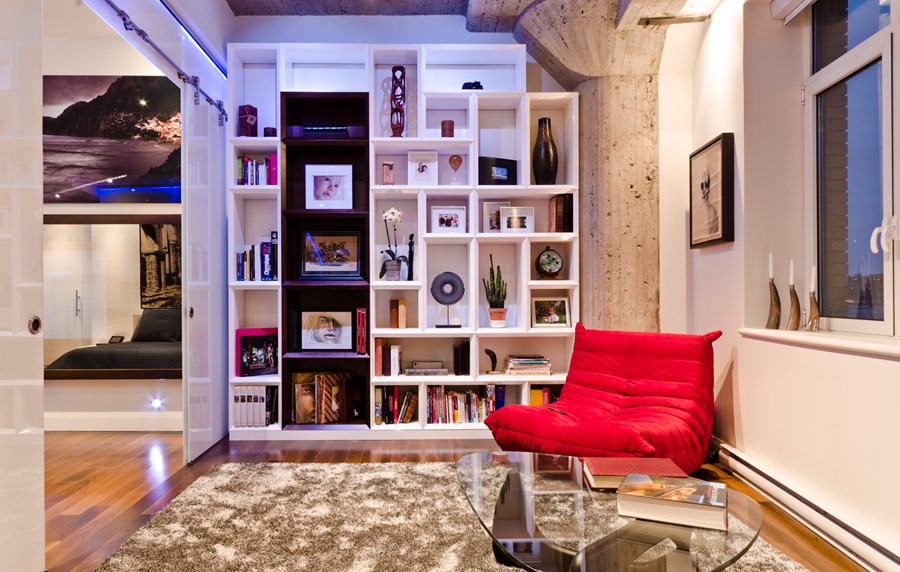 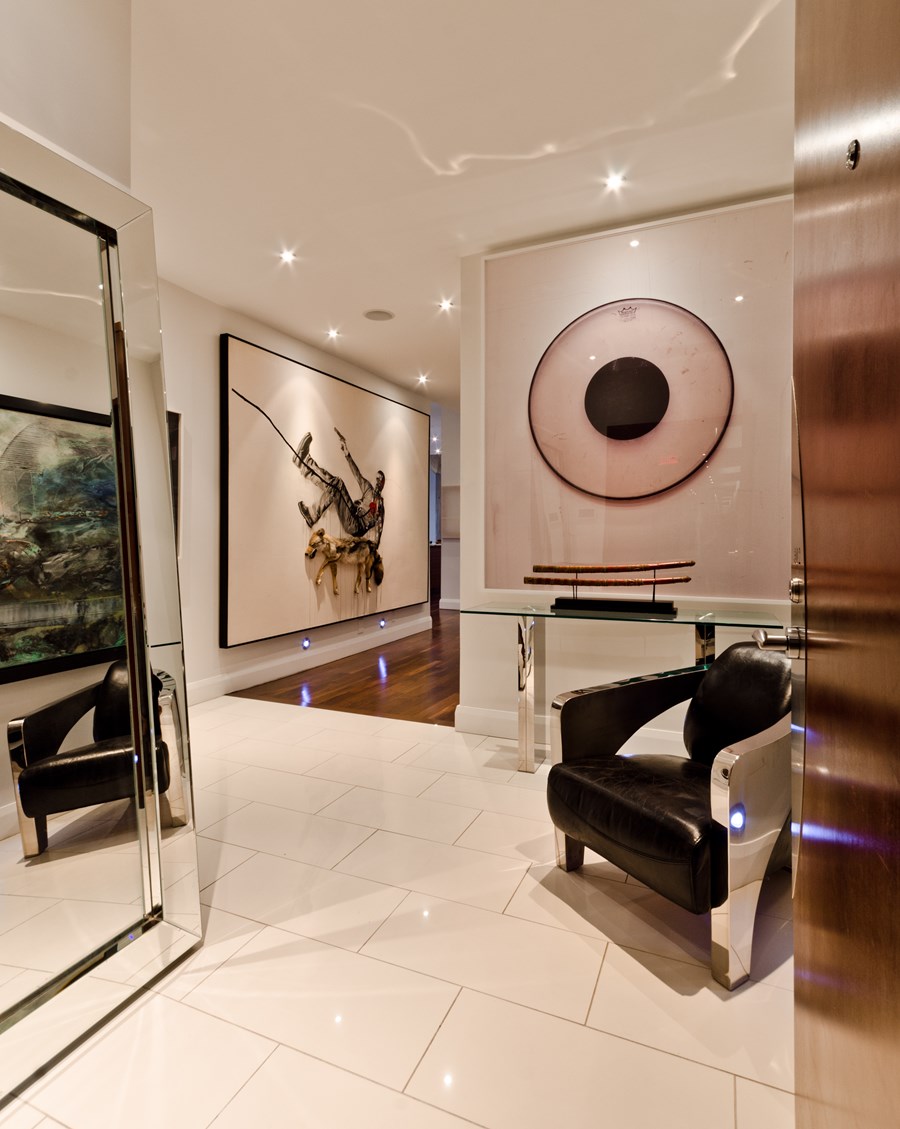 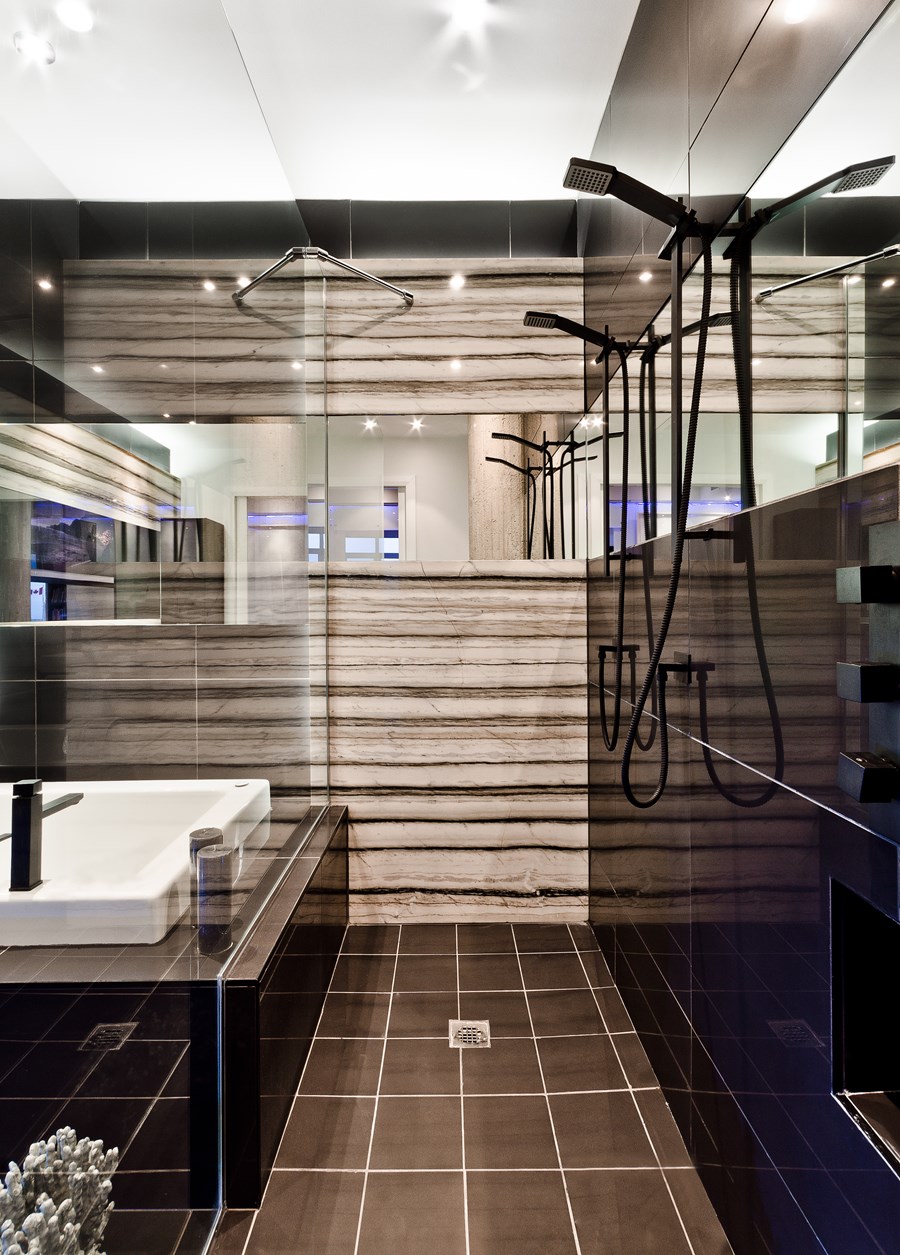 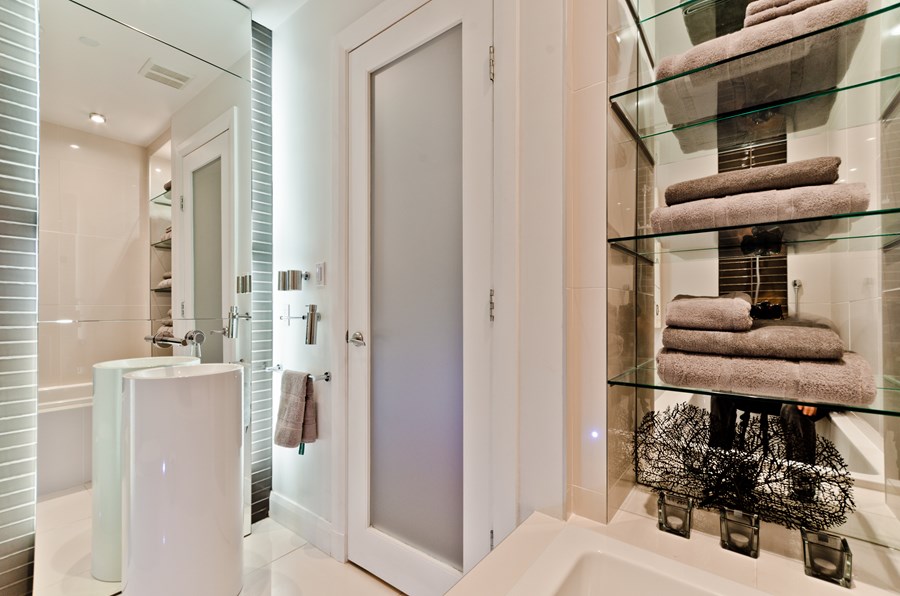 “A former refrigeration warehouse with an imposing brick and concrete structure, within a hundred-year-old building situated near the port of Montreal, provided the perfect backdrop for the twenty-first-century loft. The client, a collector of modern art, gave the firm a free hand in designing the interior. He wanted to exhibit as many artworks as possible and had a marked aversion to traditional gypsum-board and plaster walls. His dream was to have a fluid space that would lend itself to the display and appreciation of art.
The interior design was based on a horseshoe plan, making it possible to have maximum exposure to the windows and to minimize circulation. The kitchen, dining room, and living room flowed in a succession of integrated zones in a loft-inspired open area. To create a balance between transparency and privacy, the designer used glass to partition off the office and the master bedroom. Crystal glass, clear or laminated white, was chosen to avoid having the artworks reflected in the overall composition.”
Photographer: Alexandre Parent // Studio point de Vue