CASA C was designed by Damilano Studio Architects, covers an area of 400 mq and is located in Cuneo, Italy. 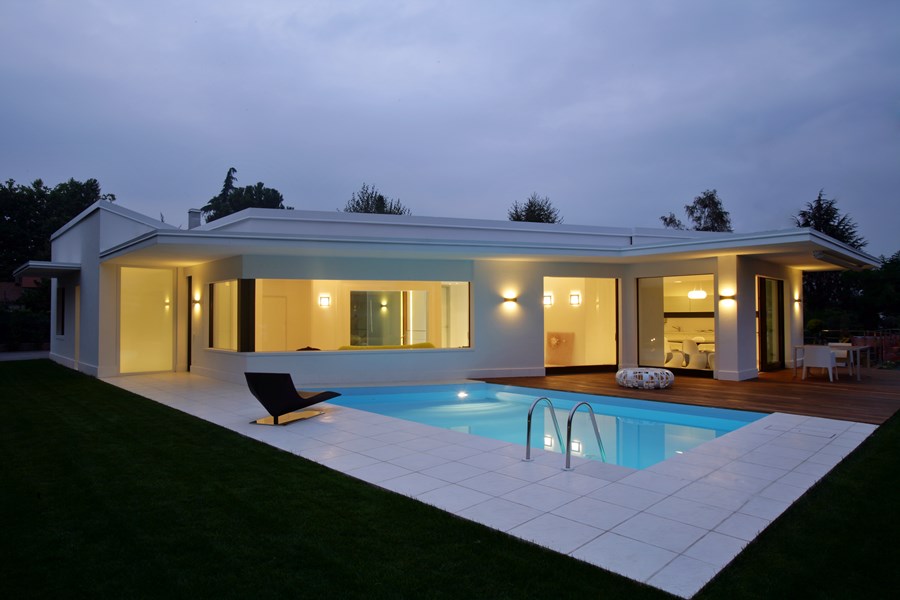 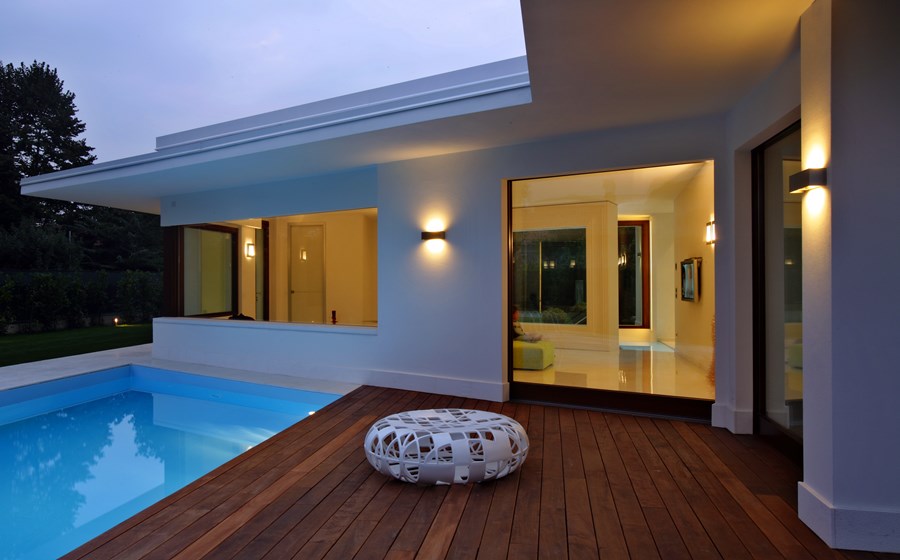 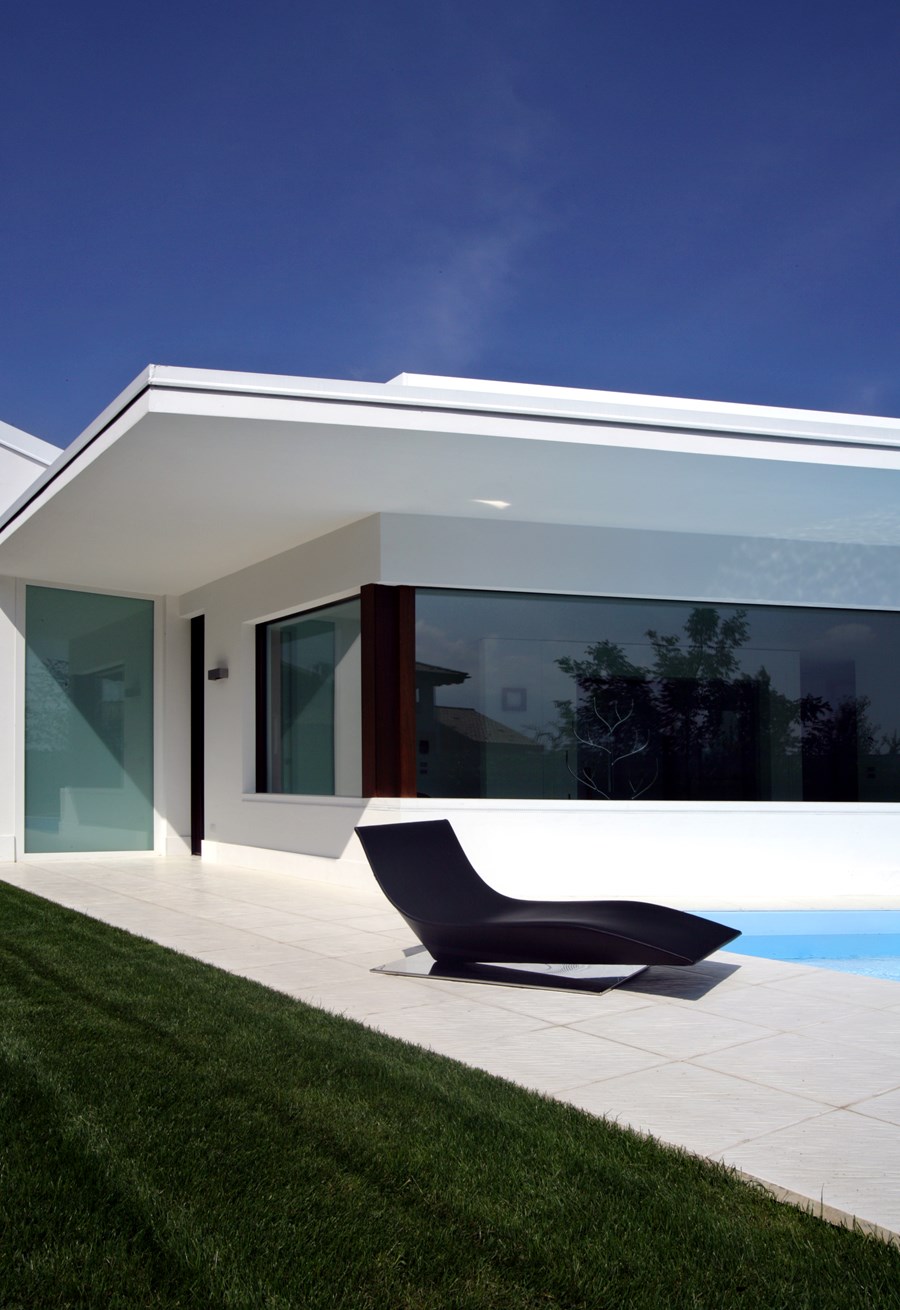 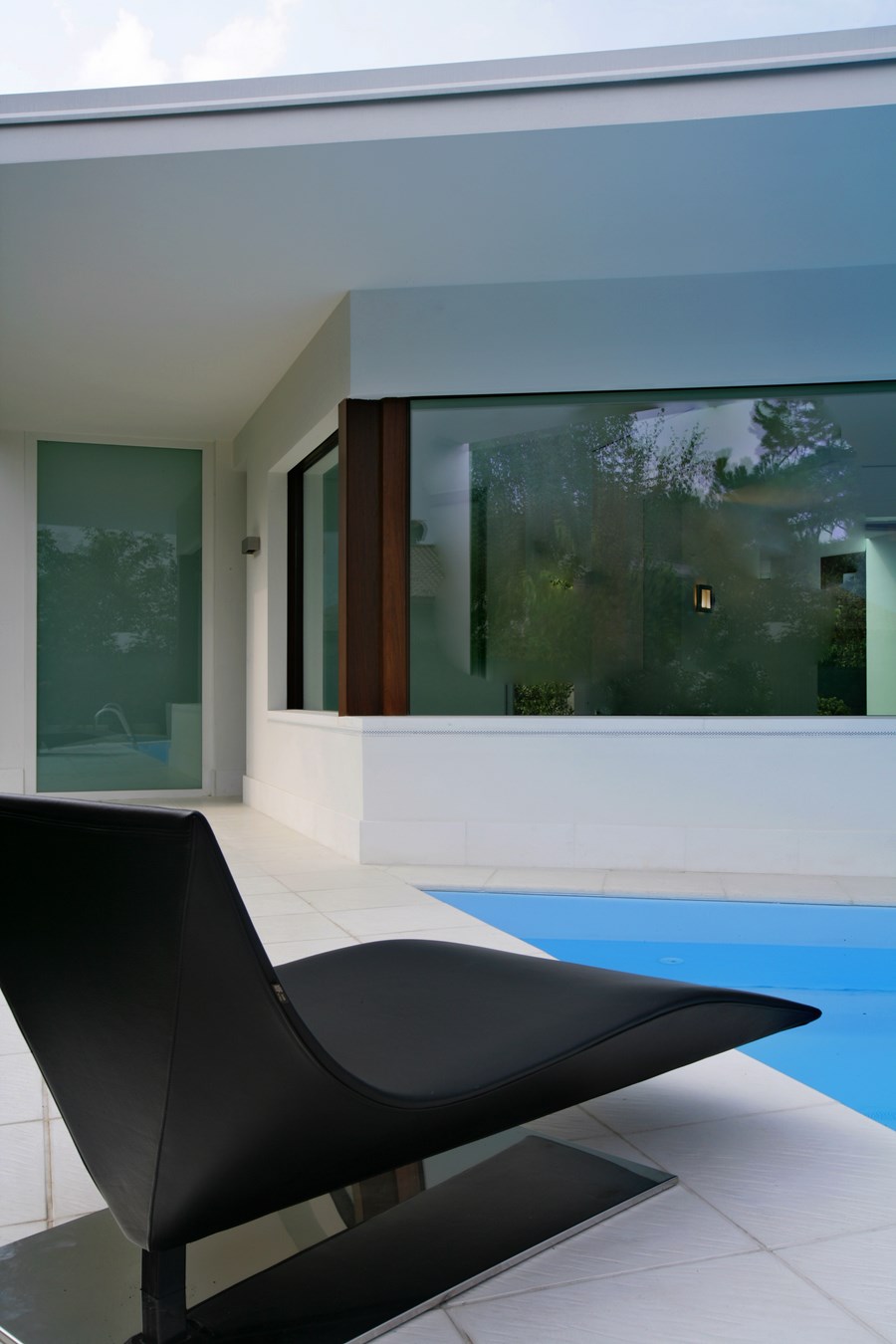 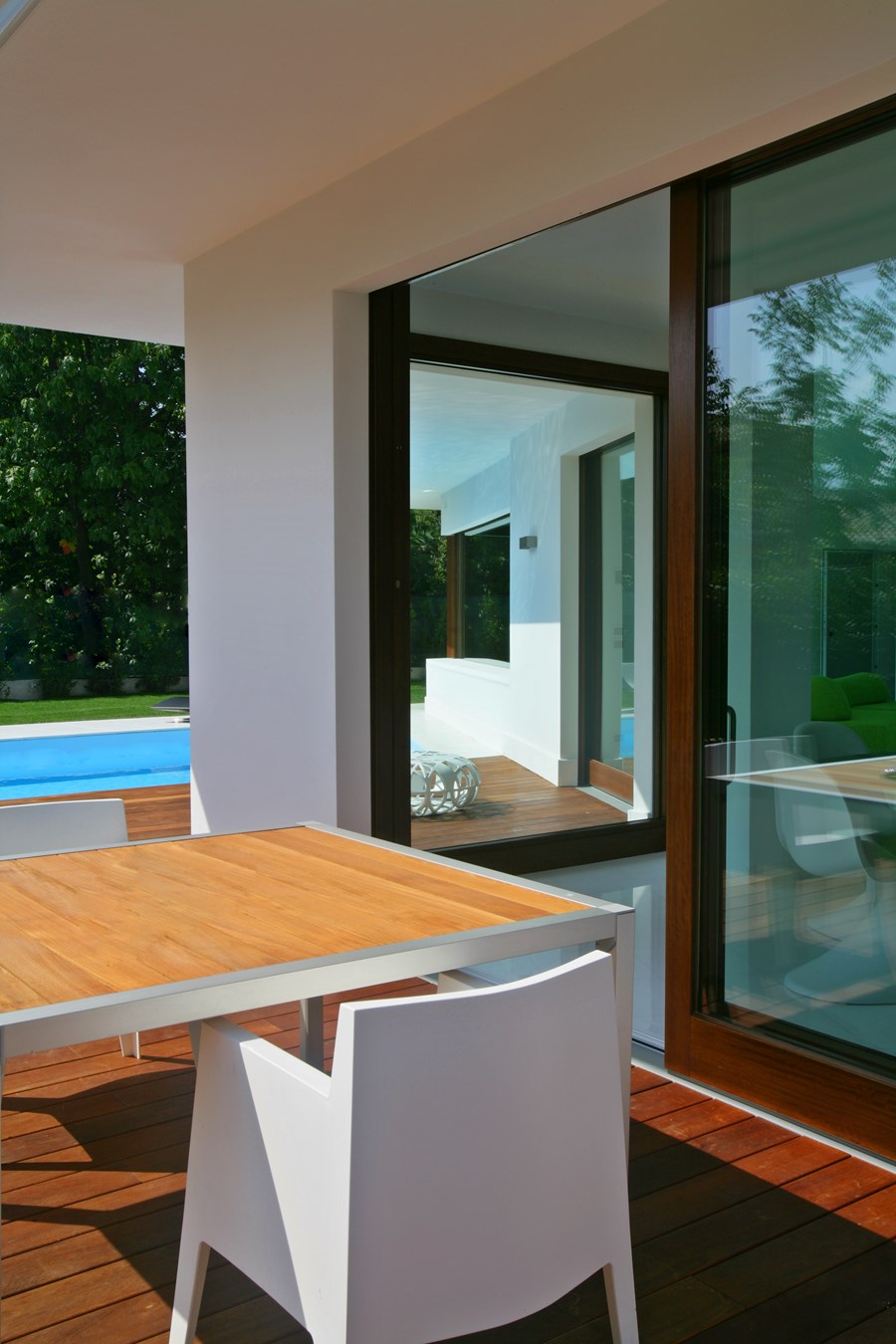 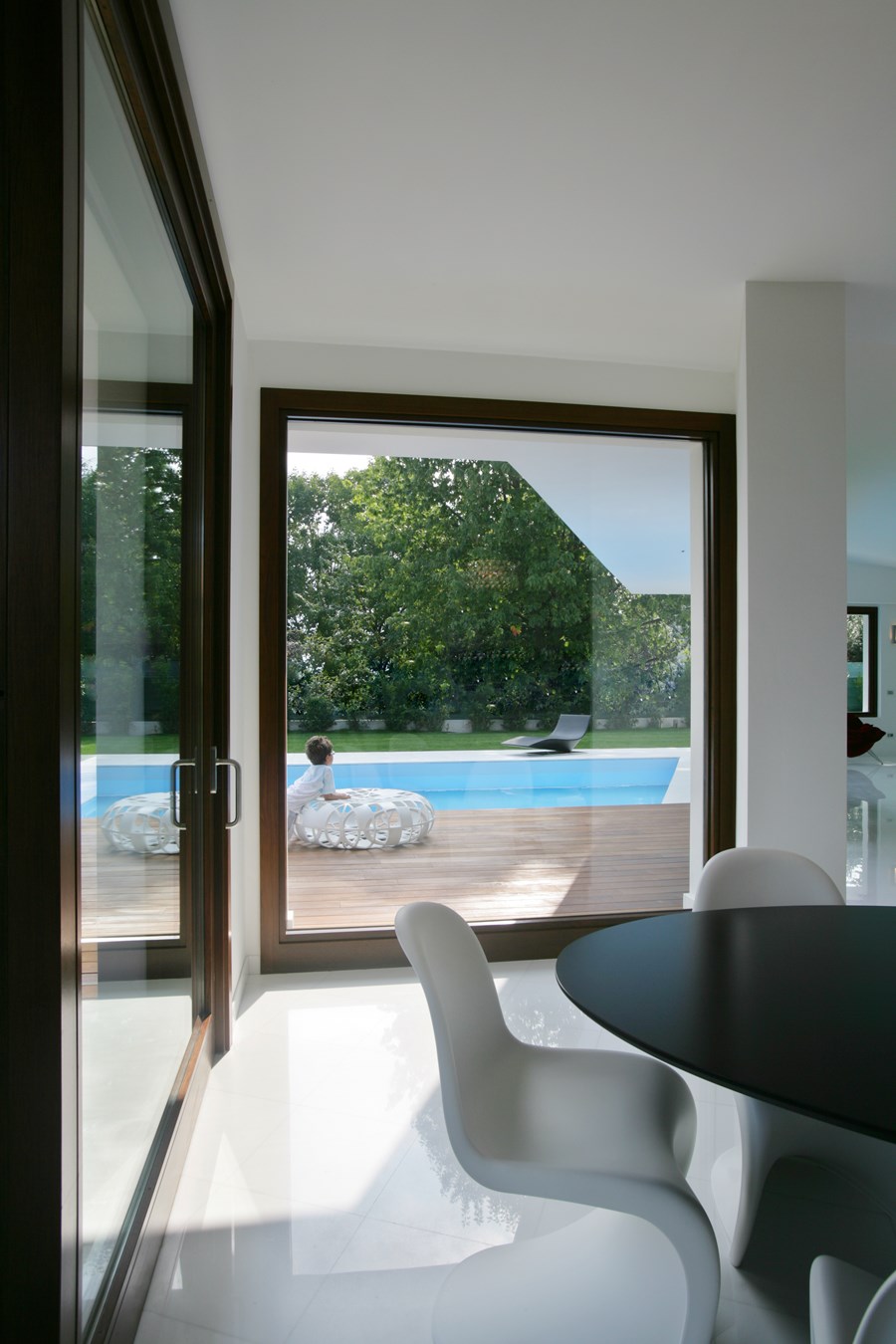 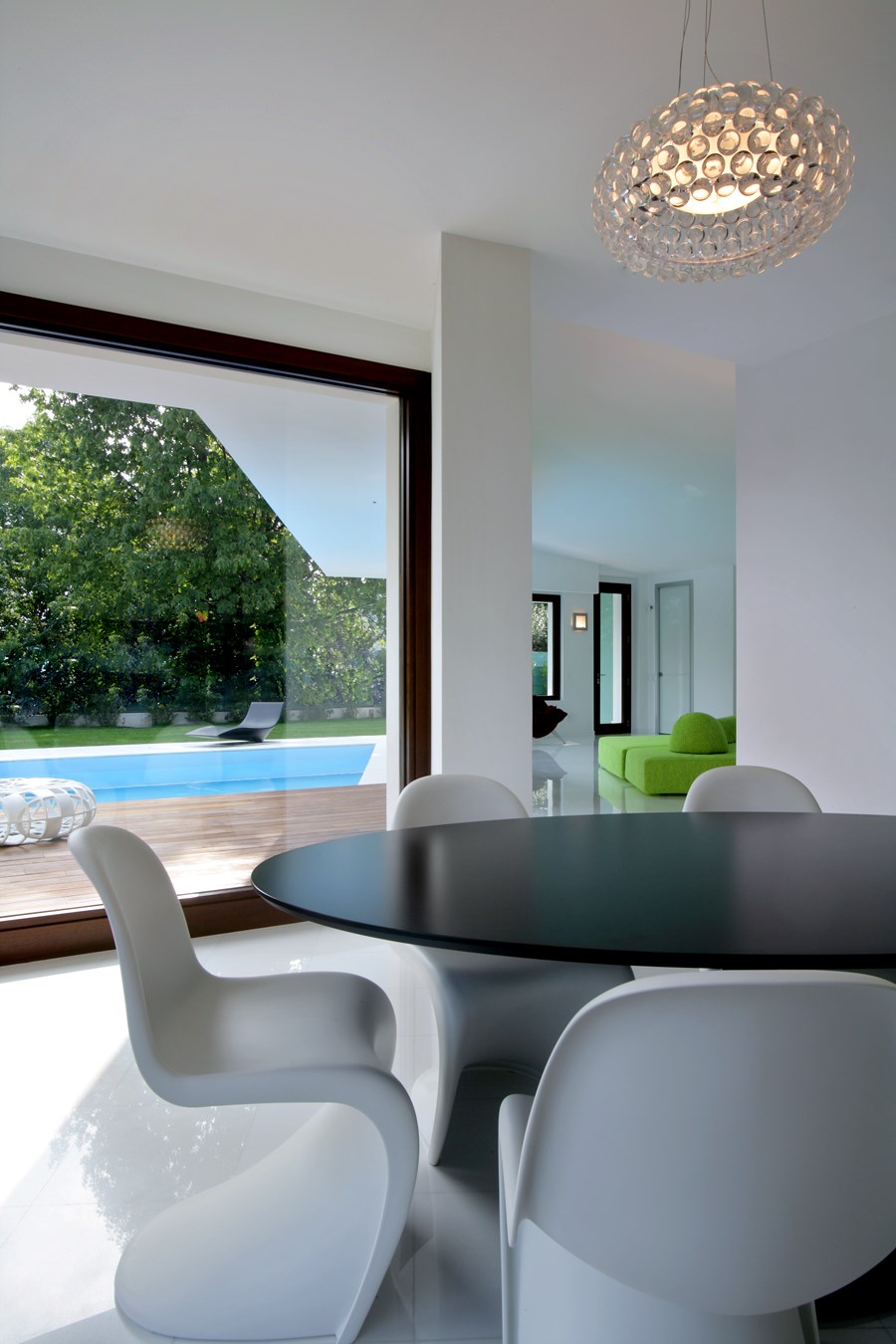 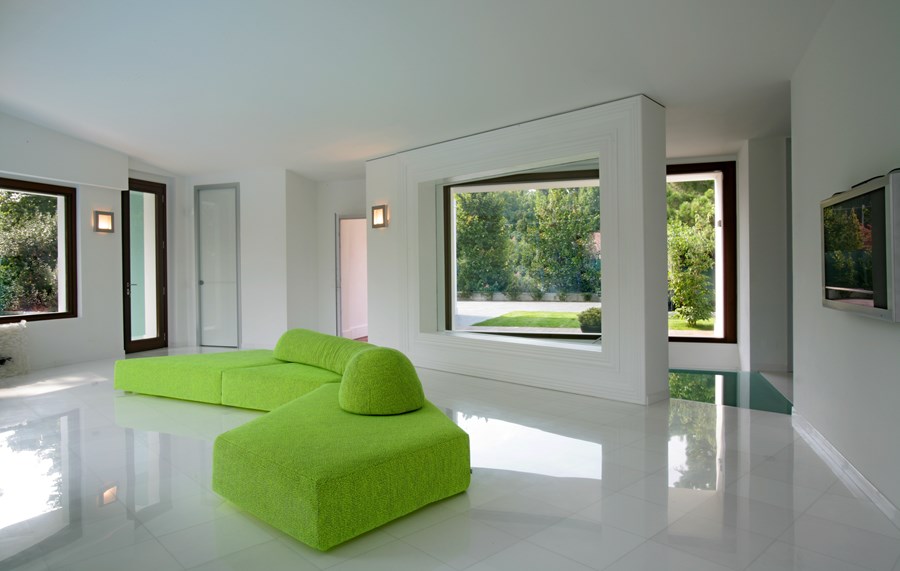 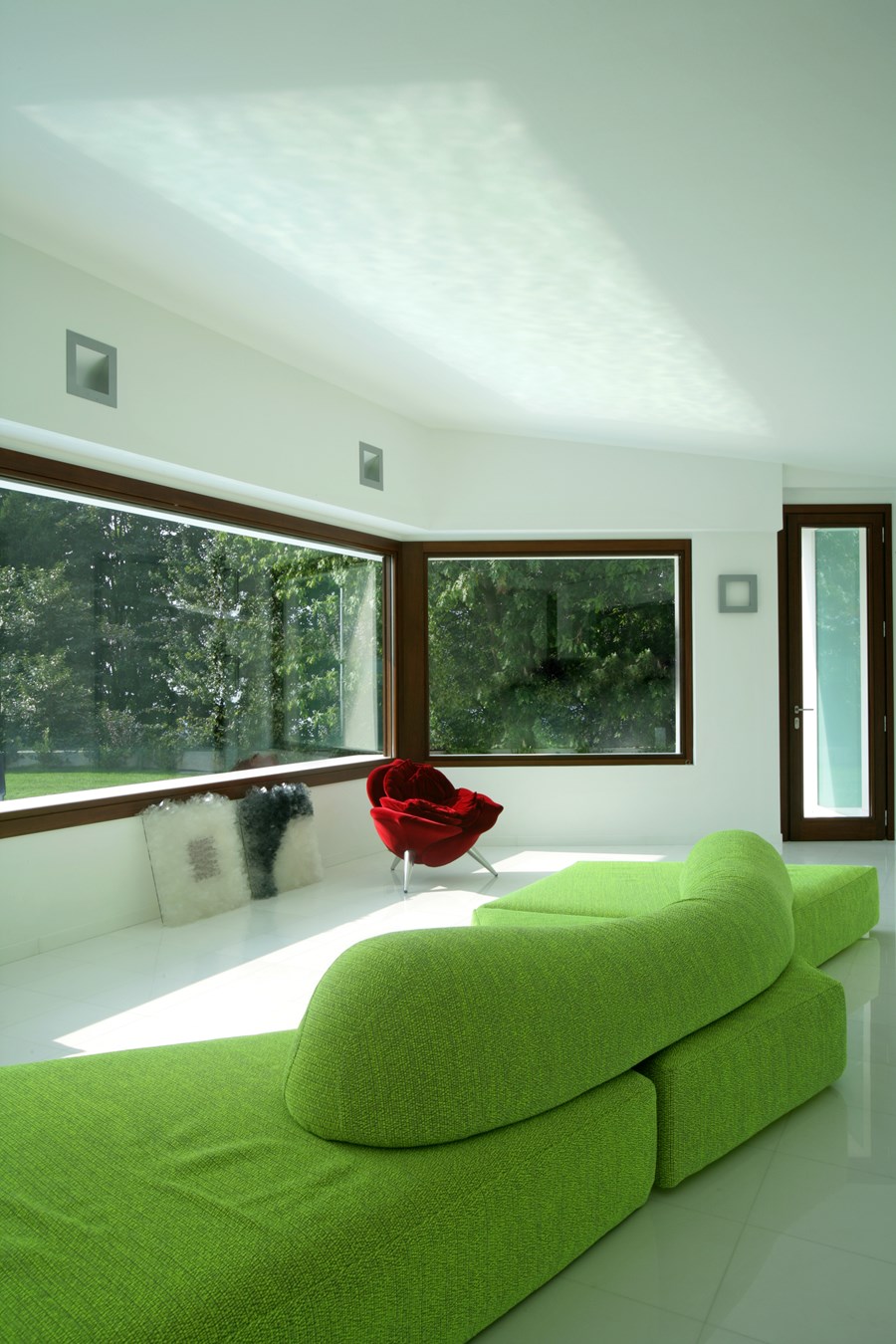 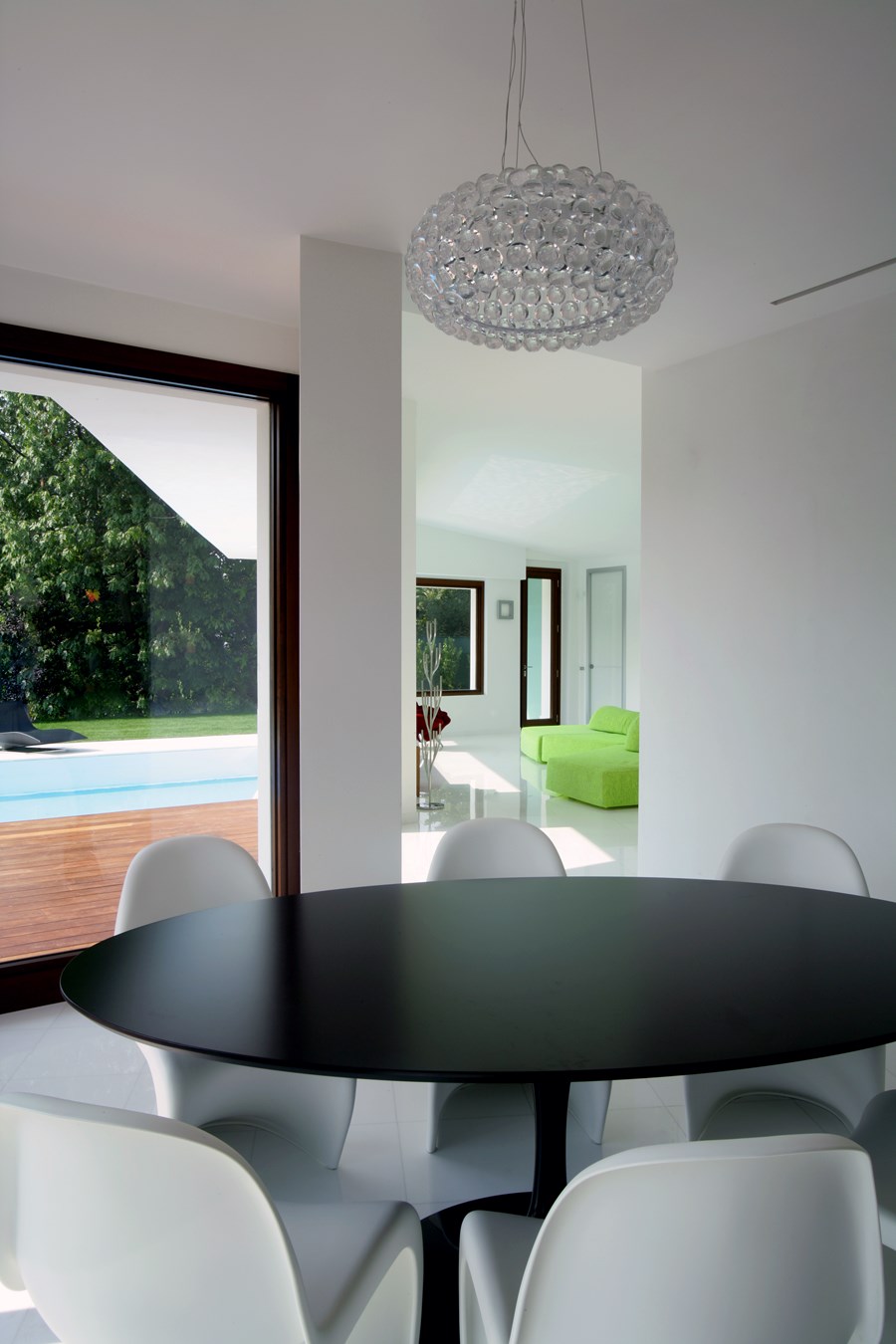 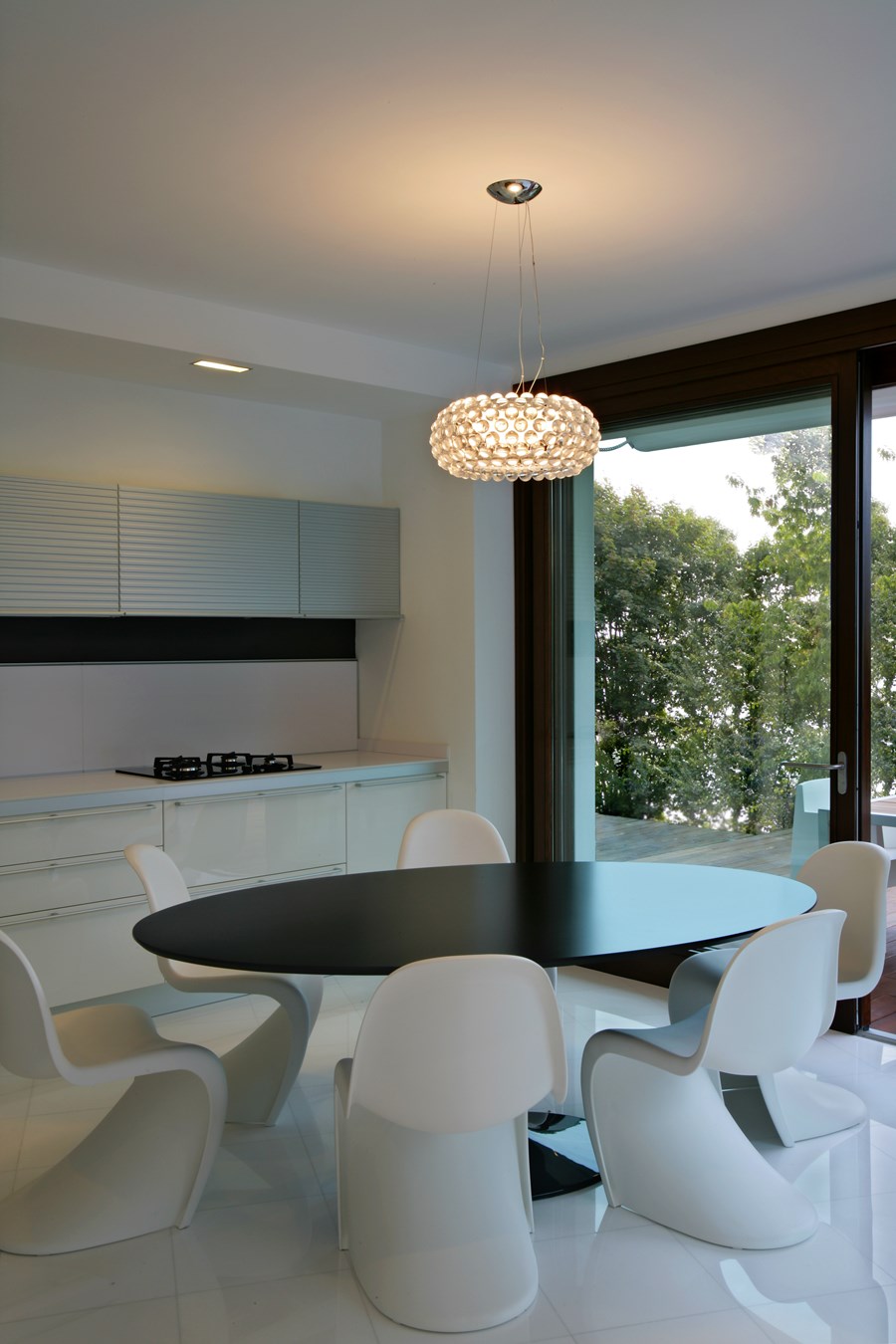 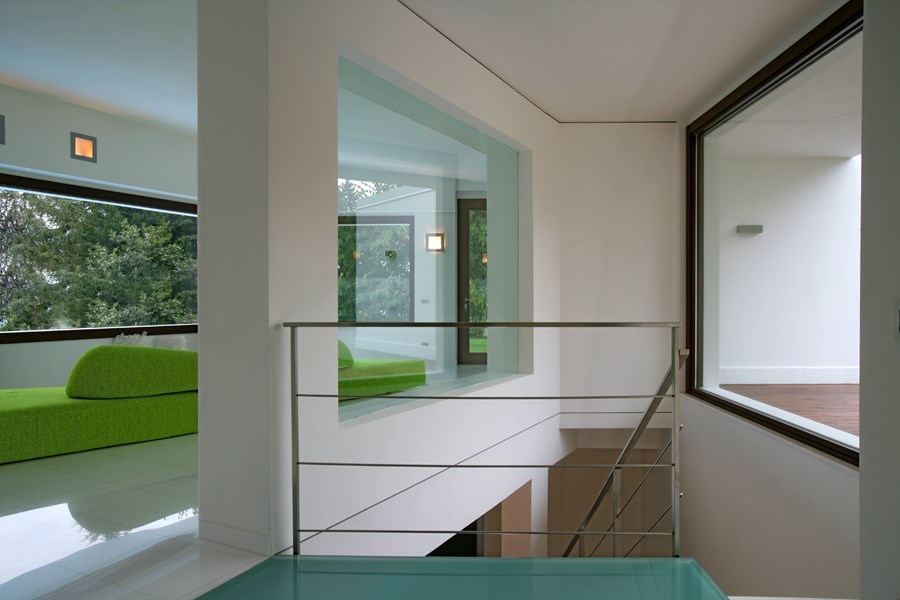 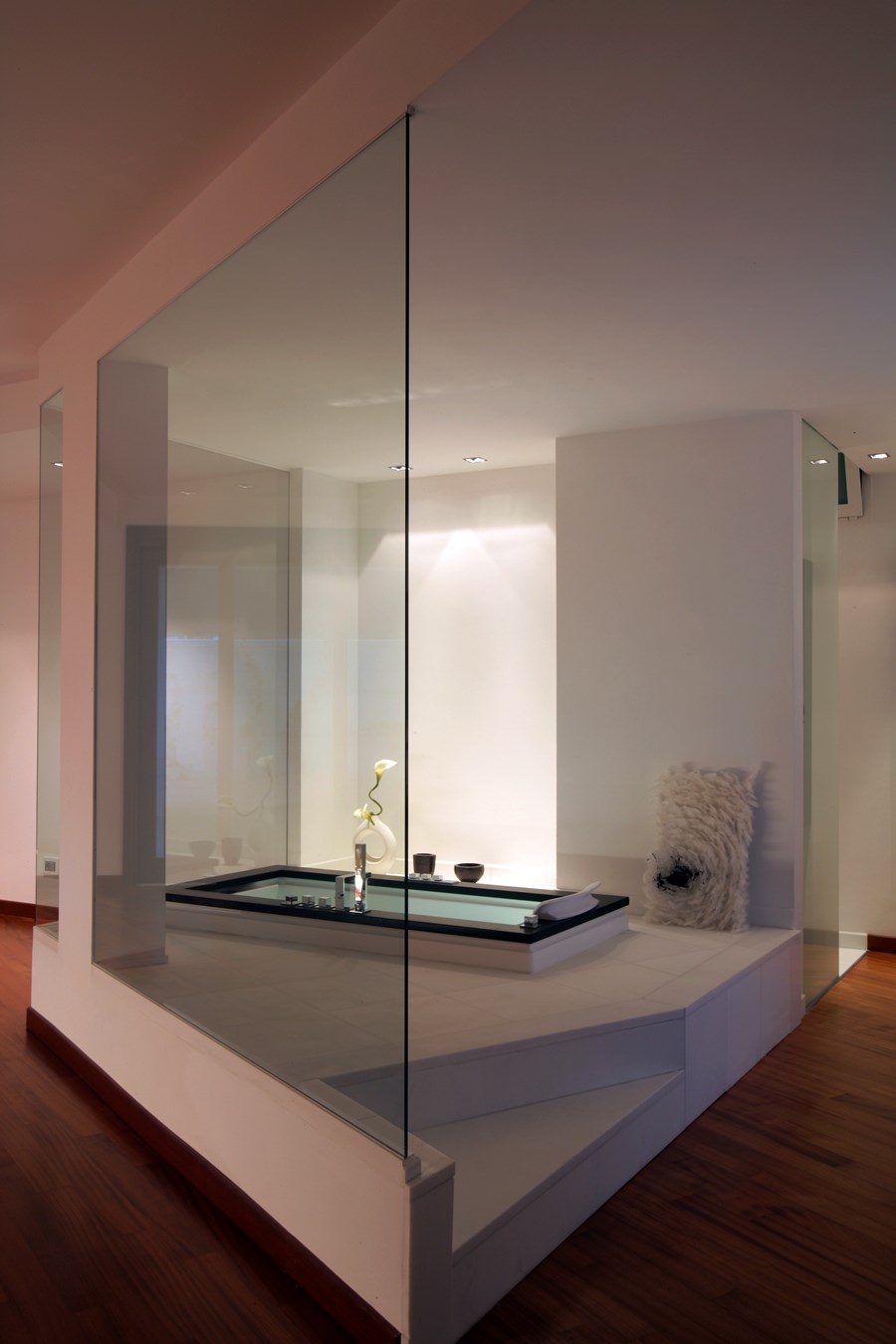 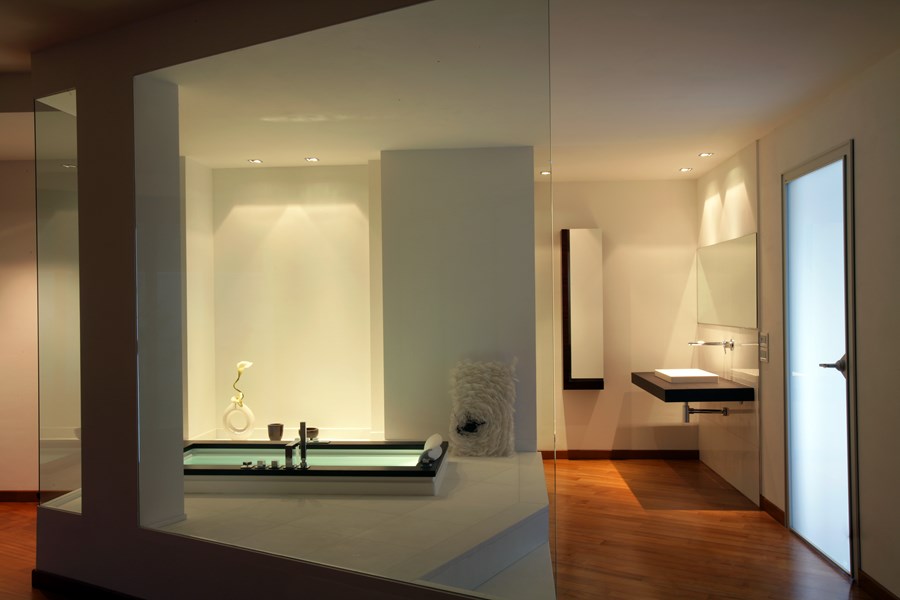 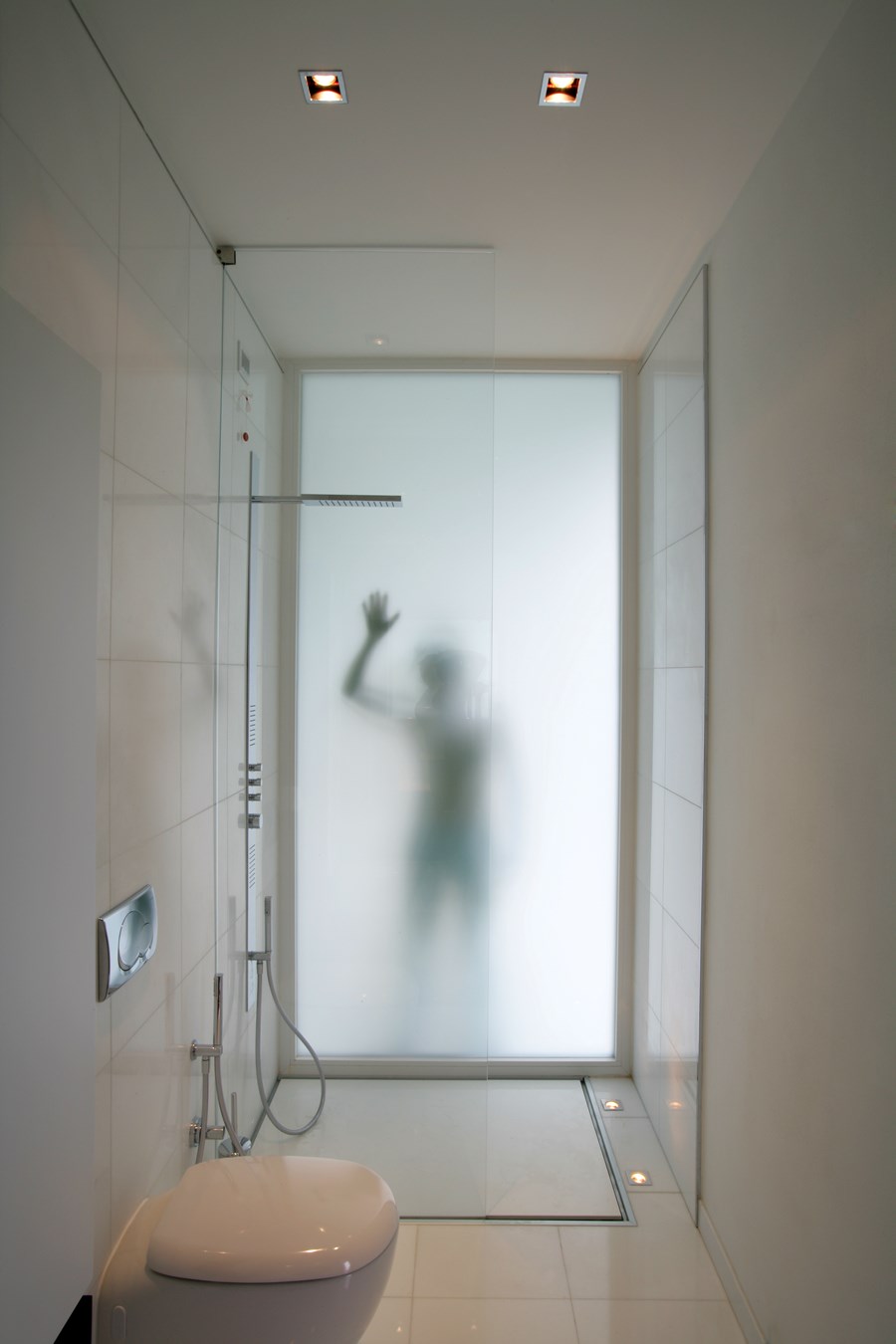 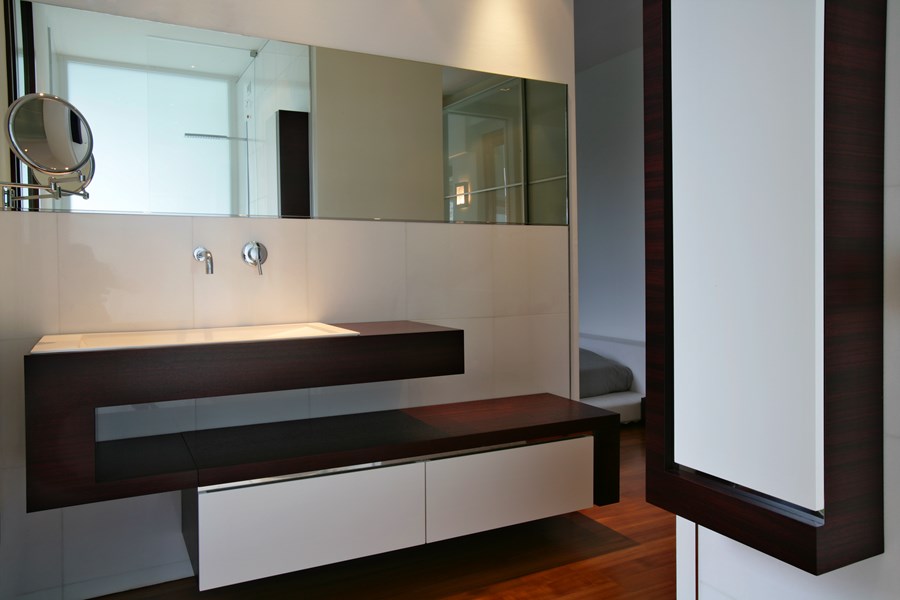 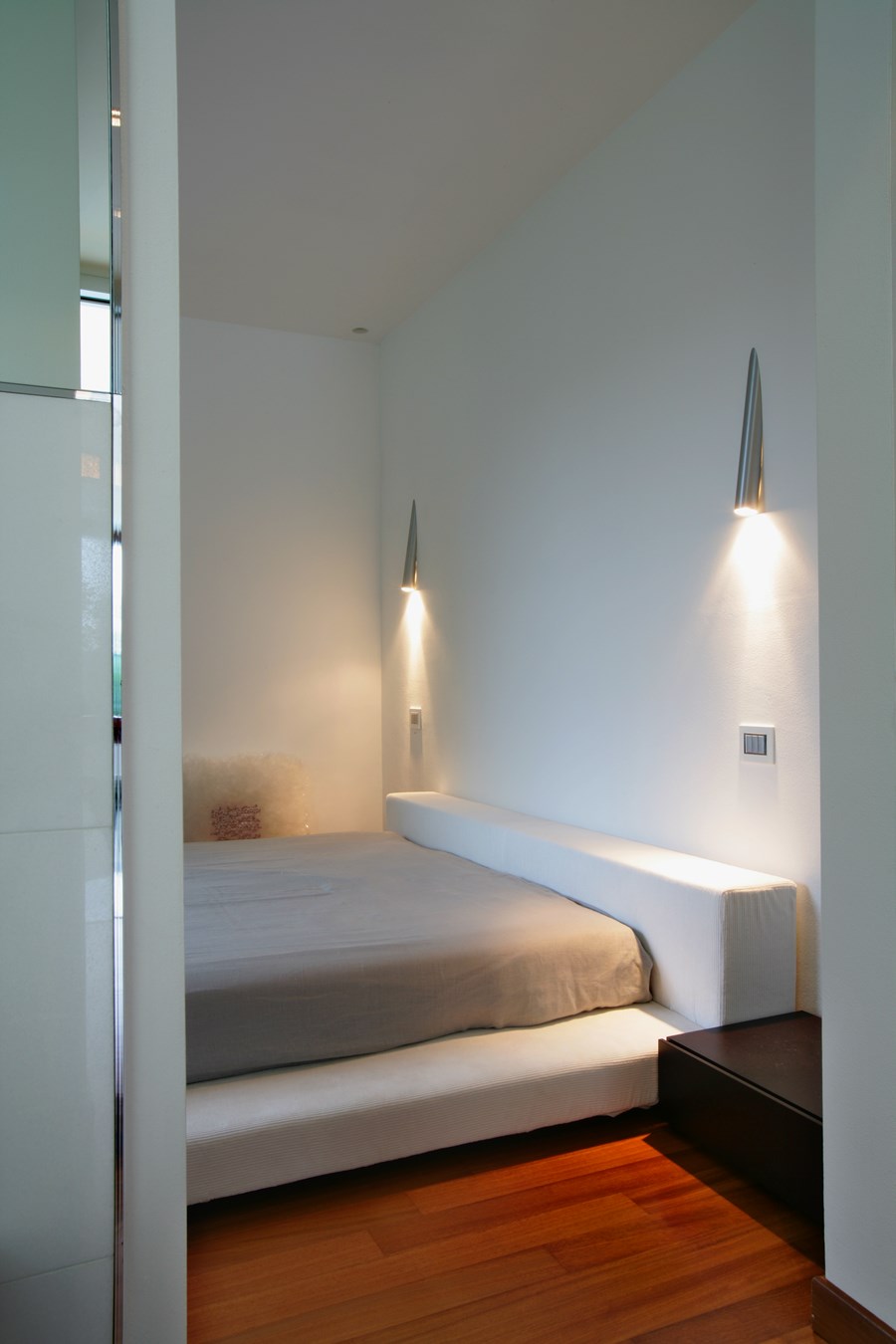 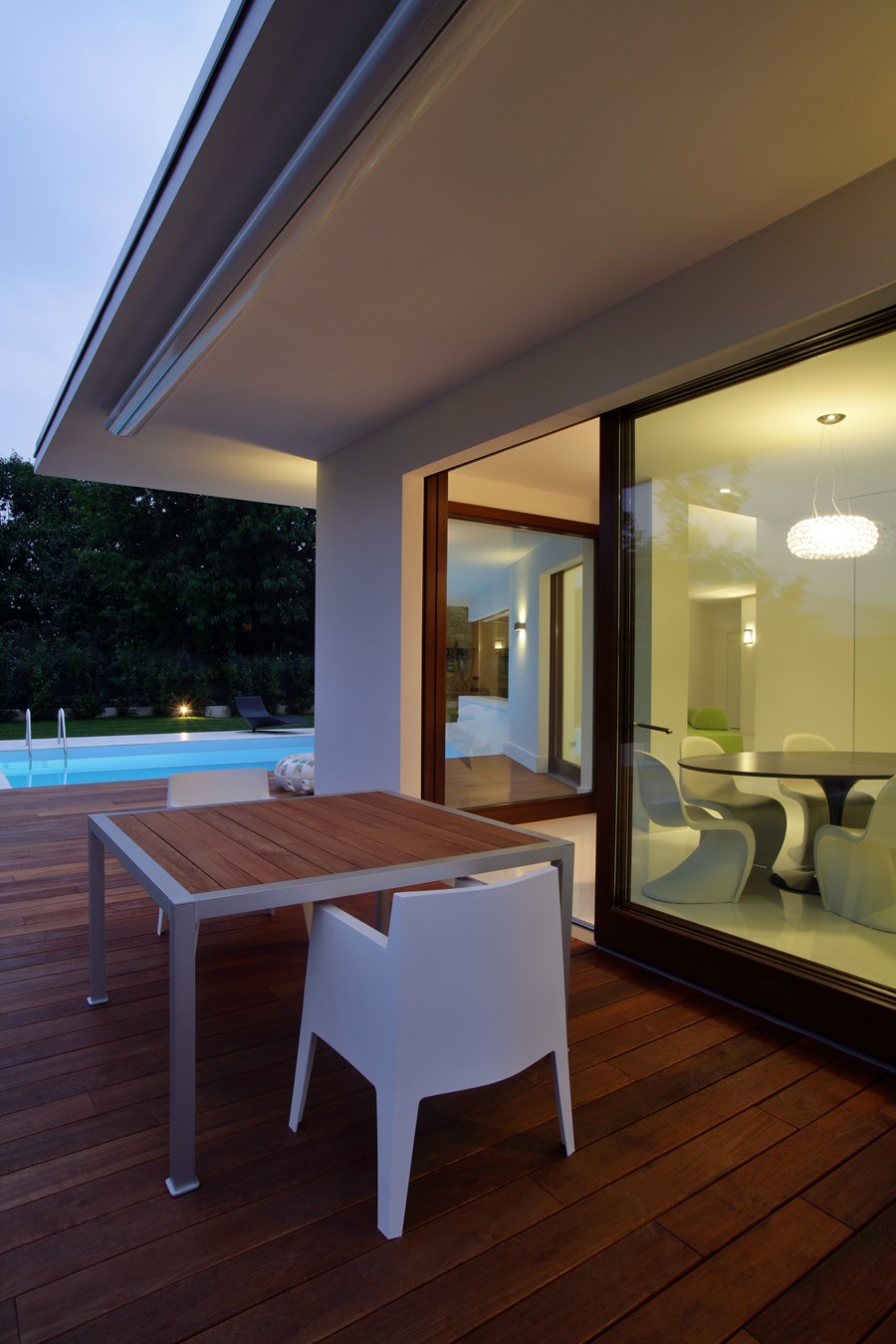 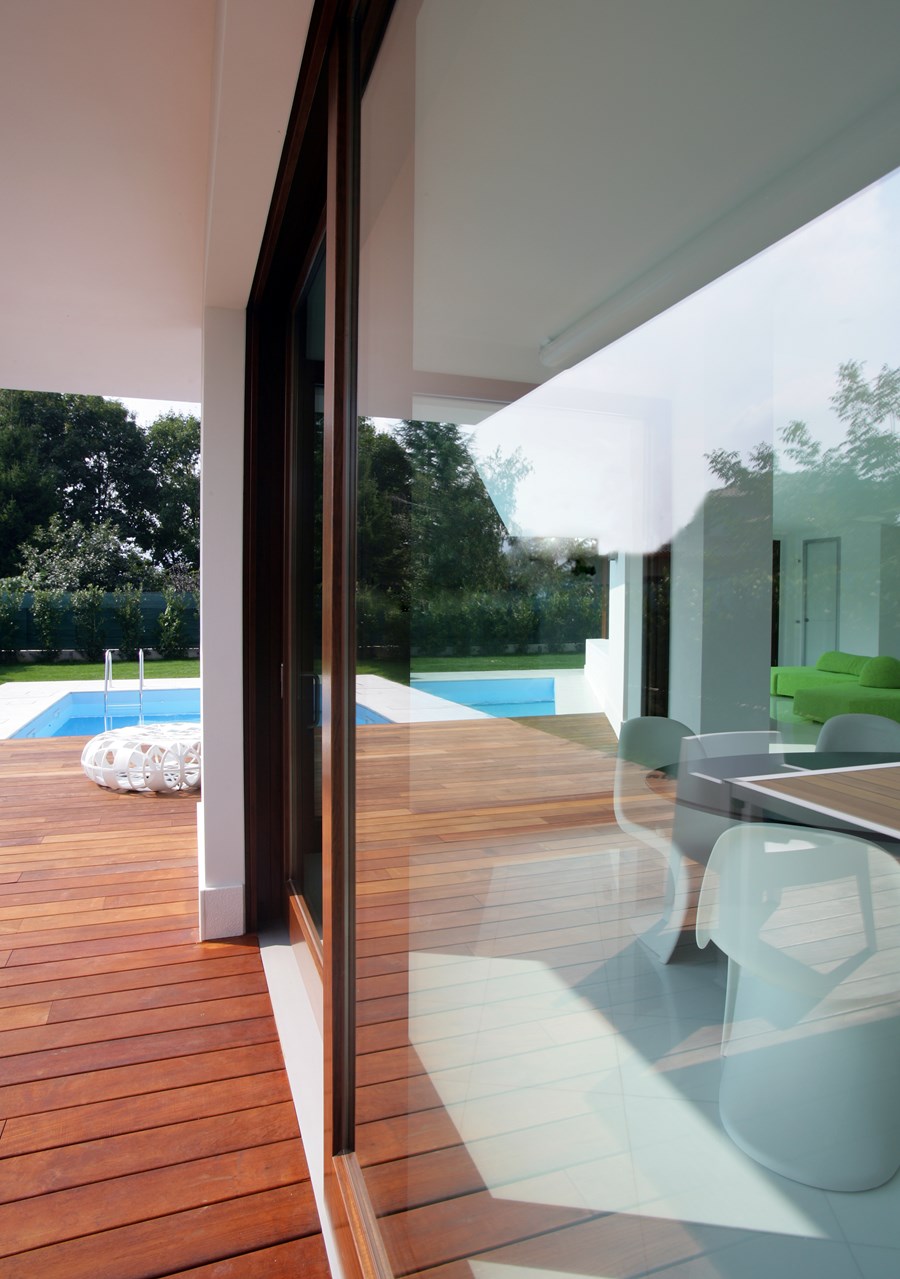 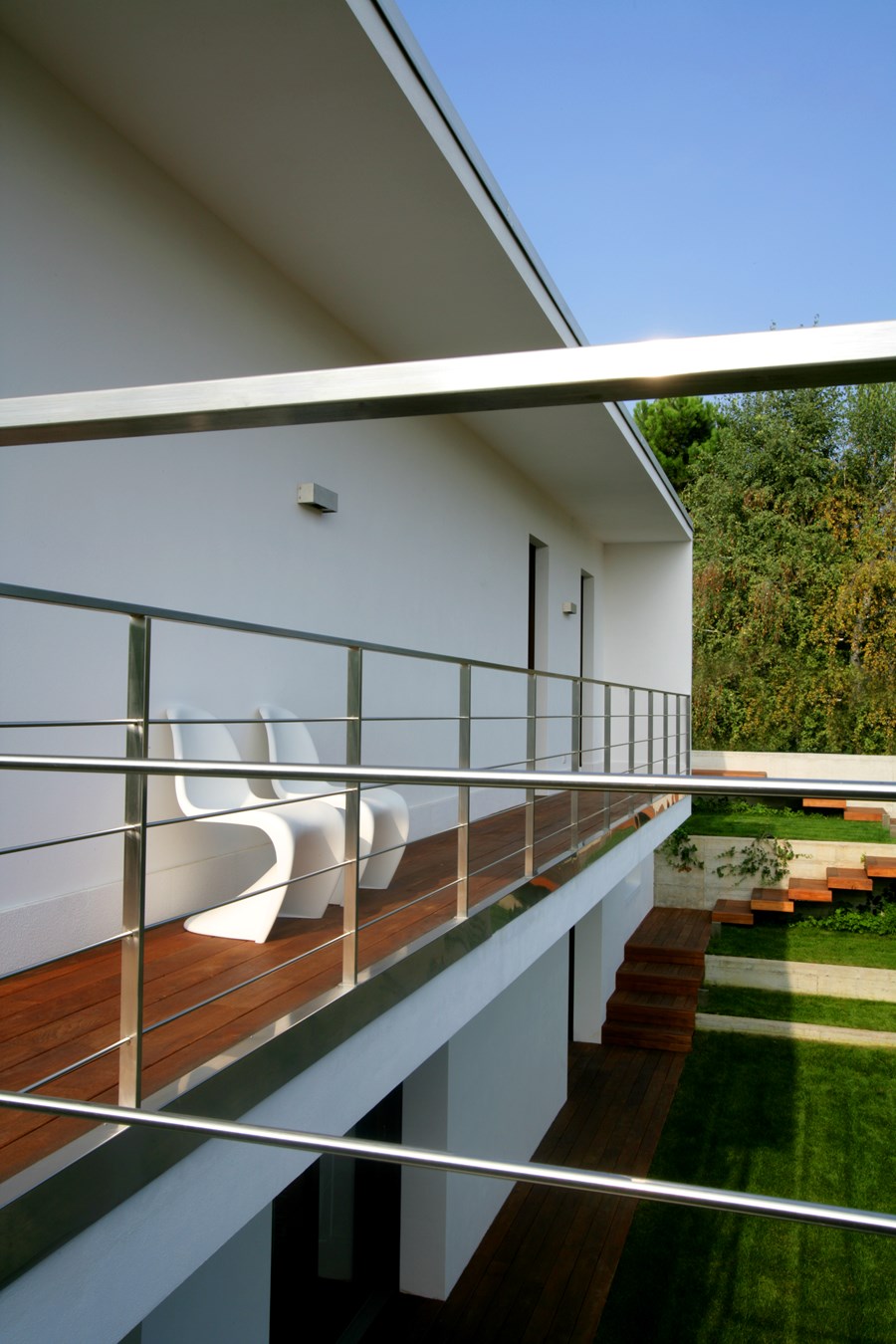 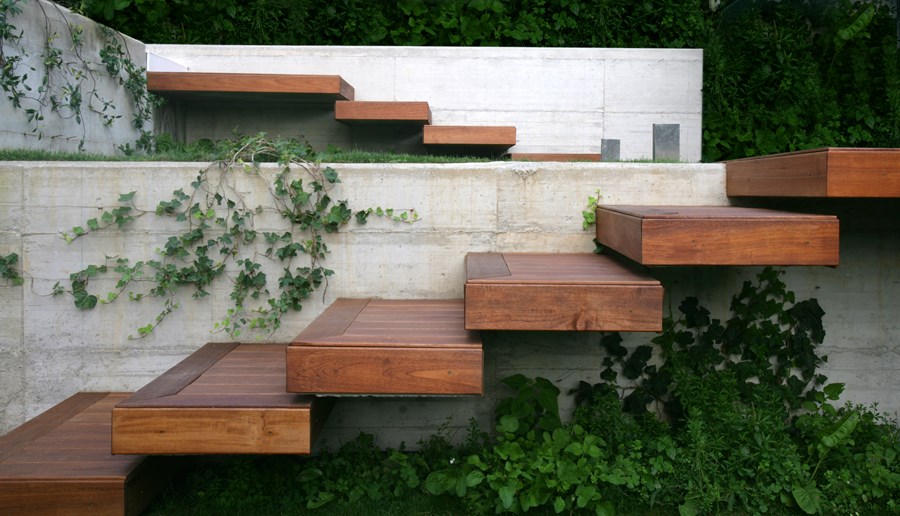 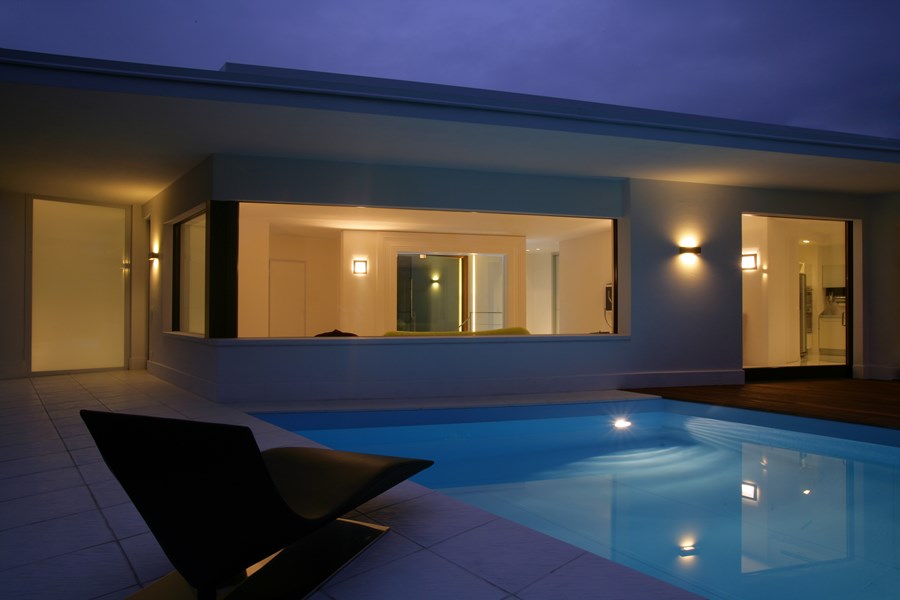 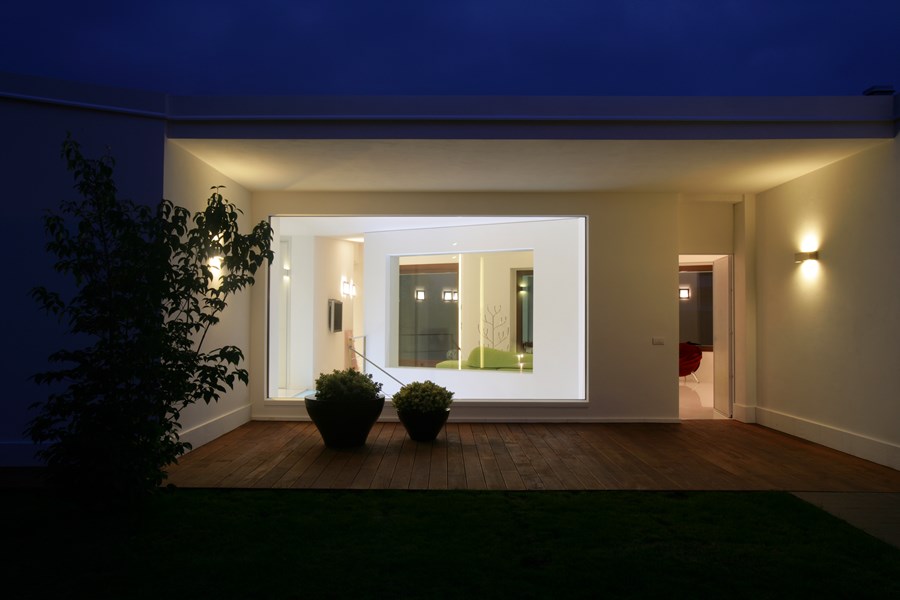 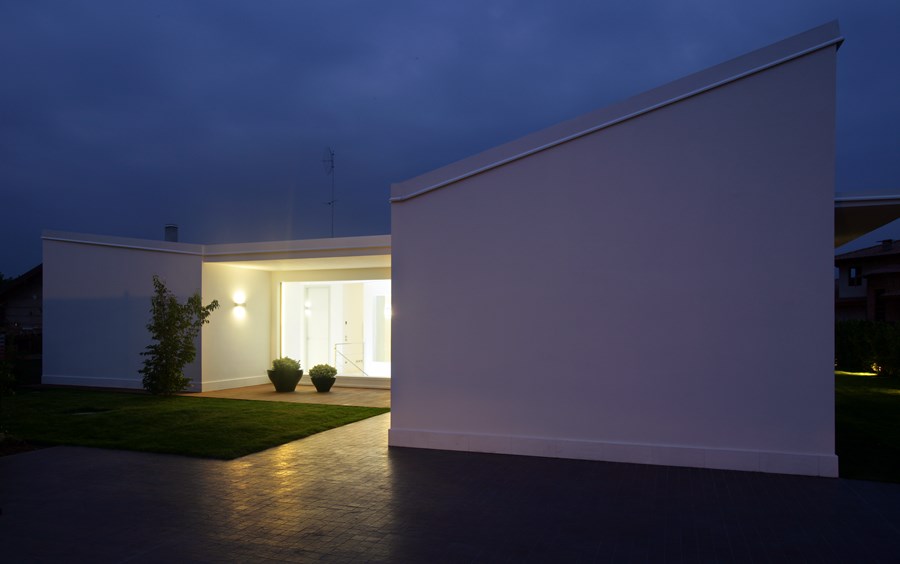 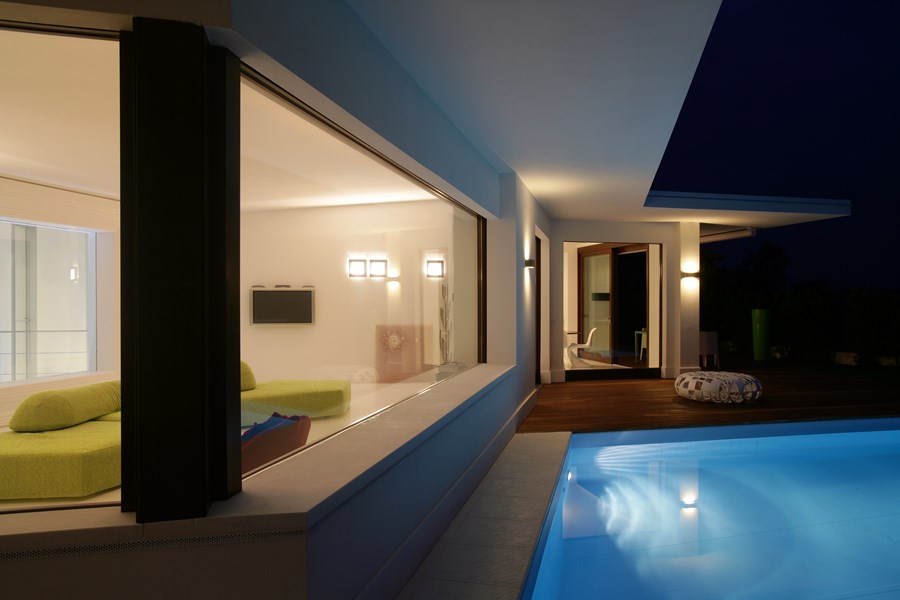 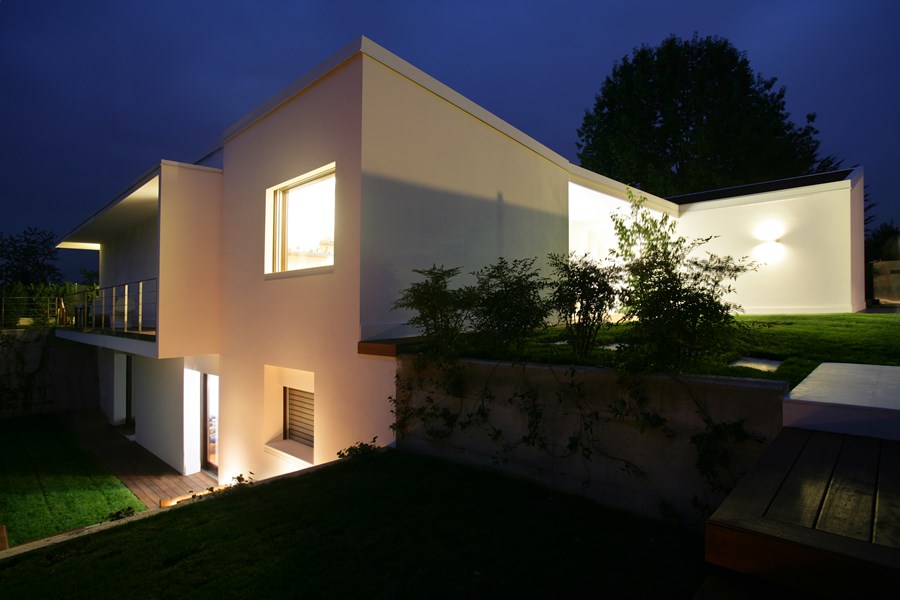 The core of this house, divided into three main parts, is the living area, where two big windows face each other. From one side the gaze can go outside and quickly reach the landscape enriched by water reflections from the swimming pool which lays just along this visual direction. From the other side a more domestic landscape can be seen, an immediately afterwards, an external area paved in wood first and the turning into a meadow. The idea is to open up the house an much as possible, in order to boost its spaces and let the surrounding context in, so that it can belong to the house which, for itself, has just a small garden.
The building, comprising a ground floor and a basement, develops mainly to the south, stretching to the north with two main bodies. These absolute volumes embrace and protect the entrance that opens up completely with a large window, allowing the other end of the house. Those who’ll find themselves within these walls won’t feel closed in but, on the water of the swimming pool, the sky an the meadow.
The house is flooded with light and white absolutely dominates, emphasising its brightness.
The spaces are interwoven in a streak of internal and external rooms. From the living room a kind of passe-partout protects from the sheer space of the staircase and encloses, like a large canvas, the vegetation outside. On the opposite side a glass ribbon opens to the swimming pool which, by stretching up against the house, creates vibrant lighting effects inside.
The white of the stone is softened by the wood, which defines the the external dining area and welcomes at the entrance. The two sleeping areas occupy the two wings of the house: one for the couple and the other for their two children. The master bedroom has its own bathroom, with a shower that breaks through the outer wall with an opal glass wall from ground to ceiling. In the basement there’s a mini apartment built for the Brazilian relatives, the study, and a large gym that gym that includes a relaxation area enclosed in a glass box. These rooms are directly accessible from the outside throughout terraces and big wooden steps crossing the garden and rising up to the building’s entrance level. By night, the lighting plays a spectacular role, emphasising the solid and the empty parts that characterise the house. The play of visual references becomes the main idea around which the whole composition project revolves.
Photography: Andrea Martiradonna