Wind Vault House was designed by Wallflower Architecture + Design, covers an area of 553 m2 and is located in East Coast, Singapore. 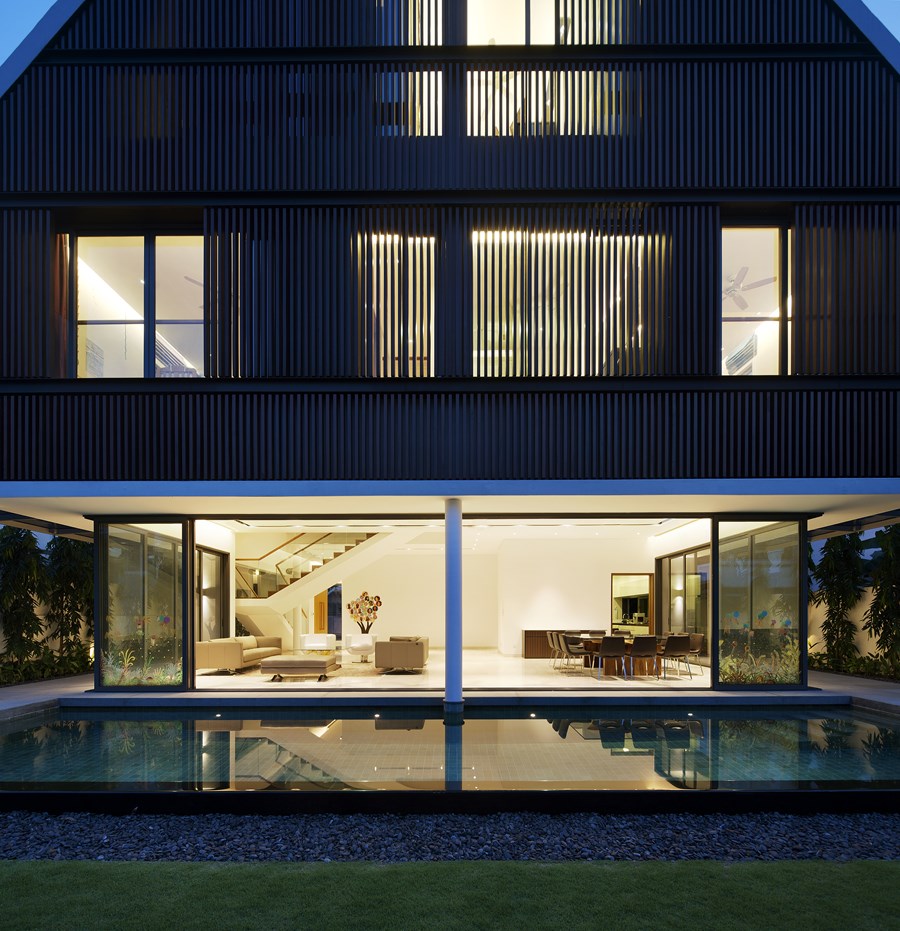 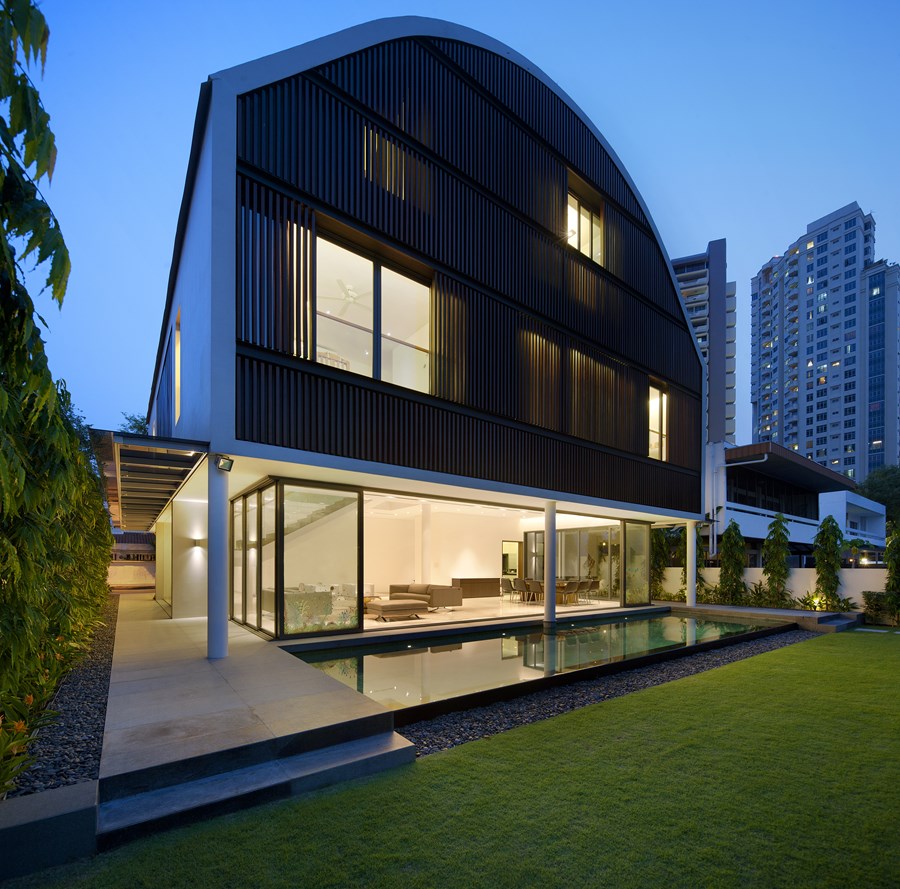 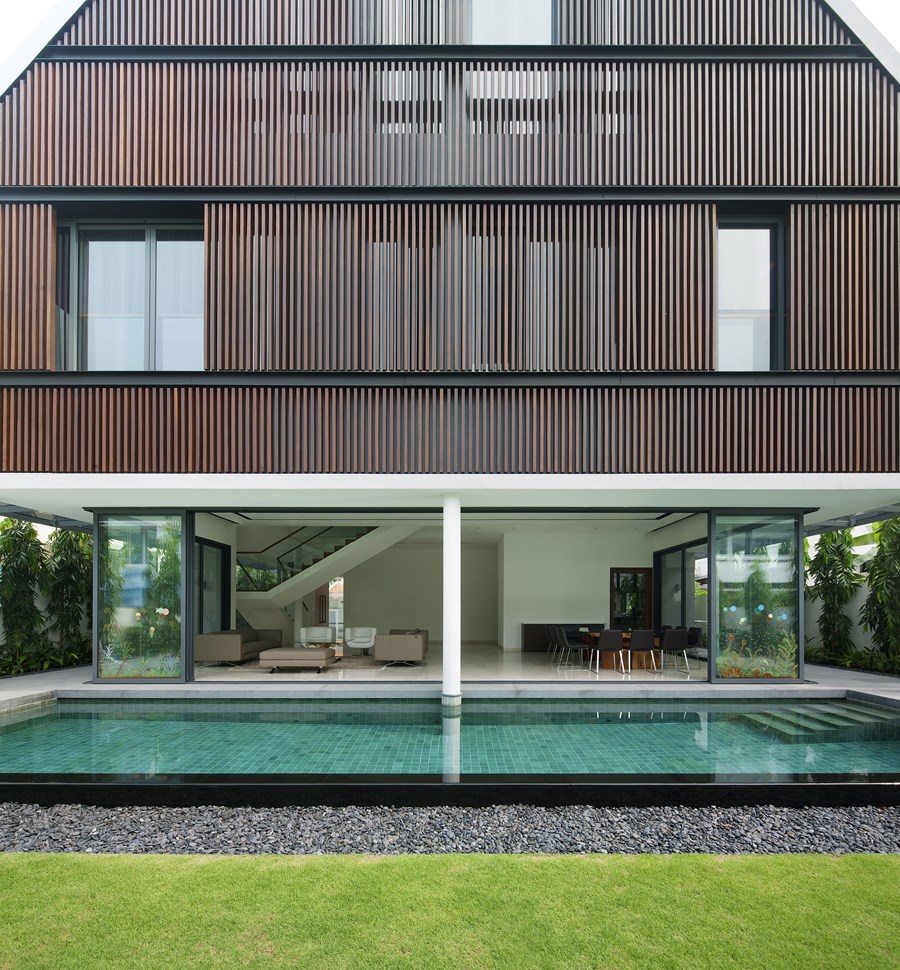 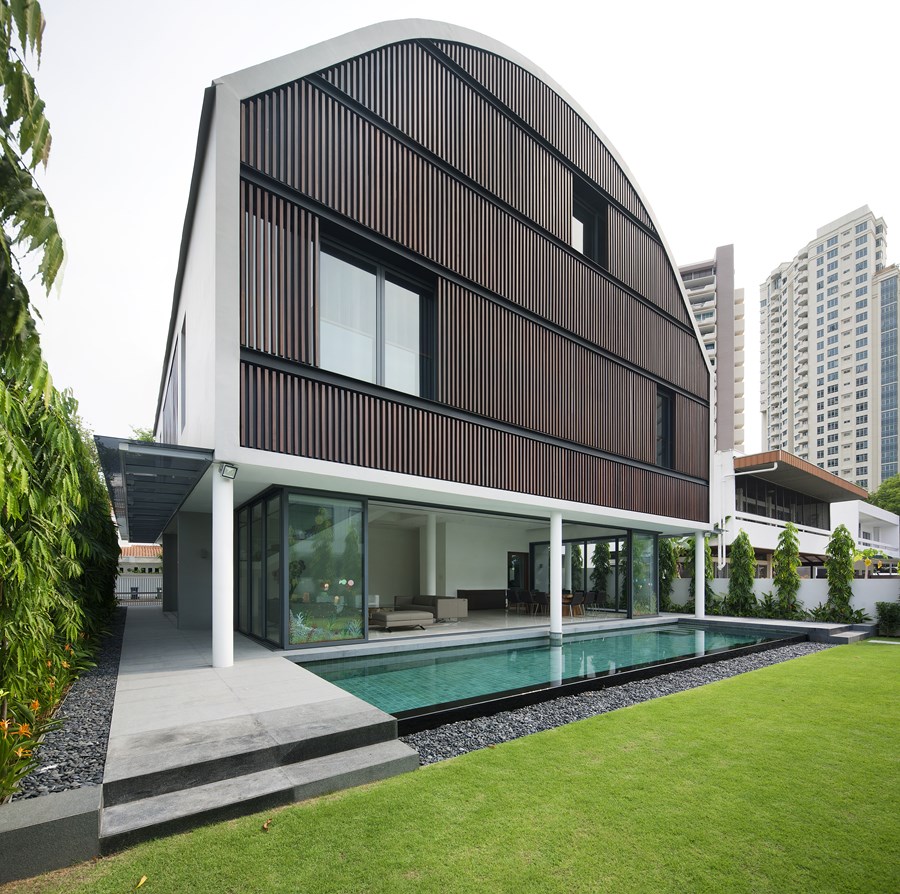 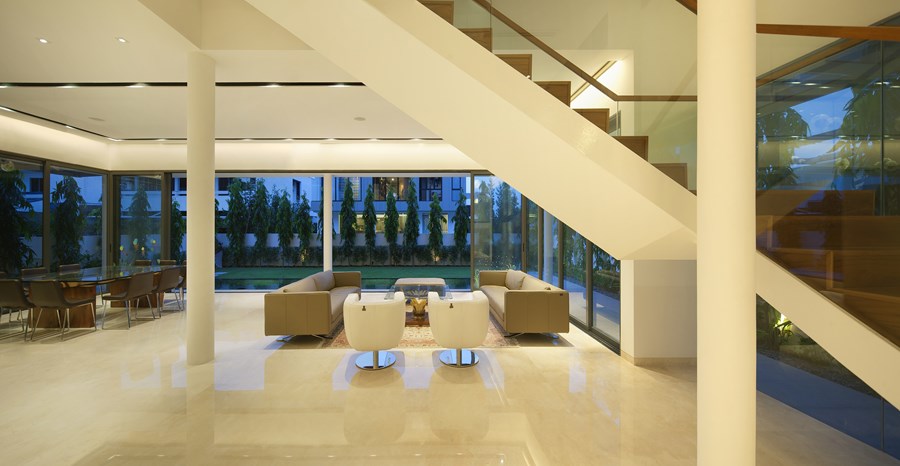 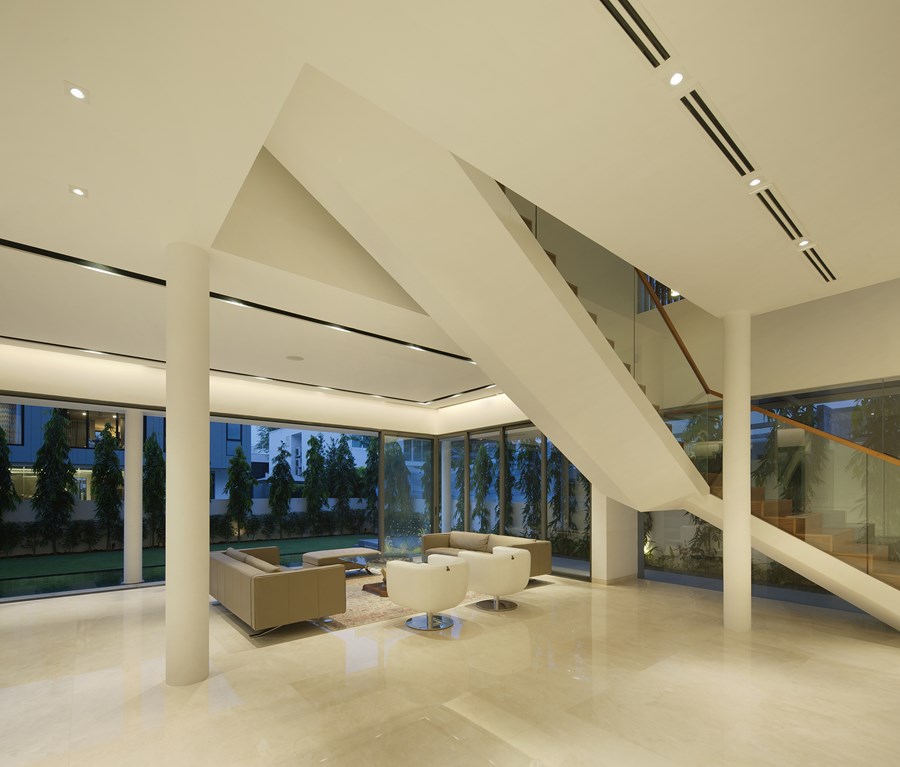 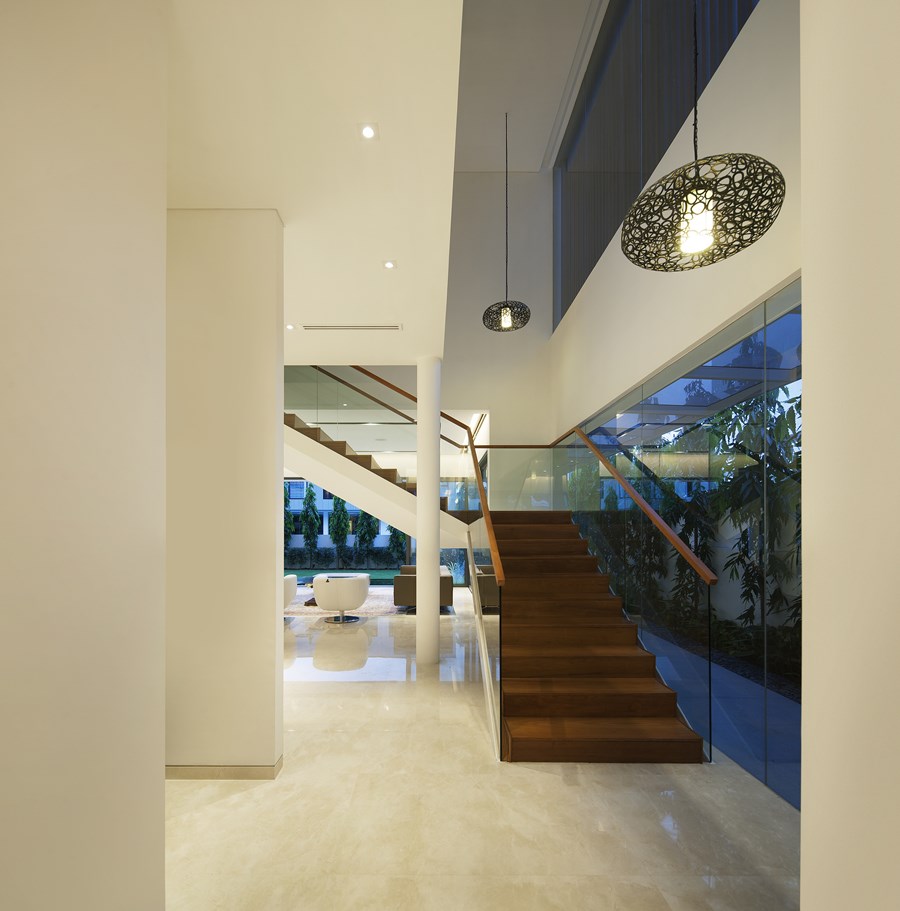 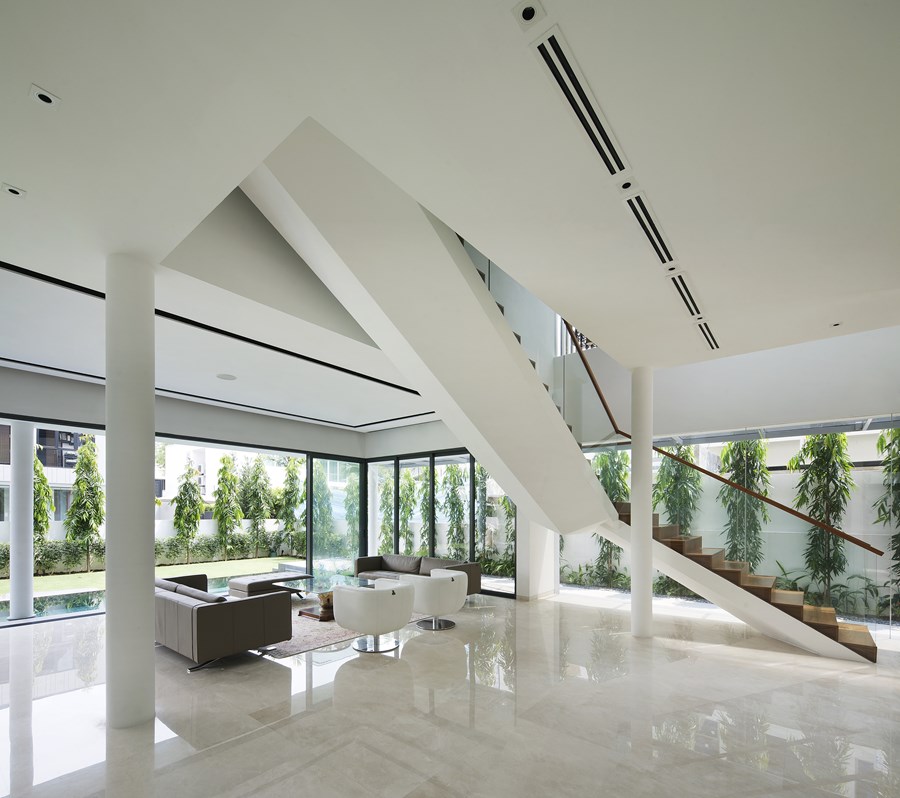 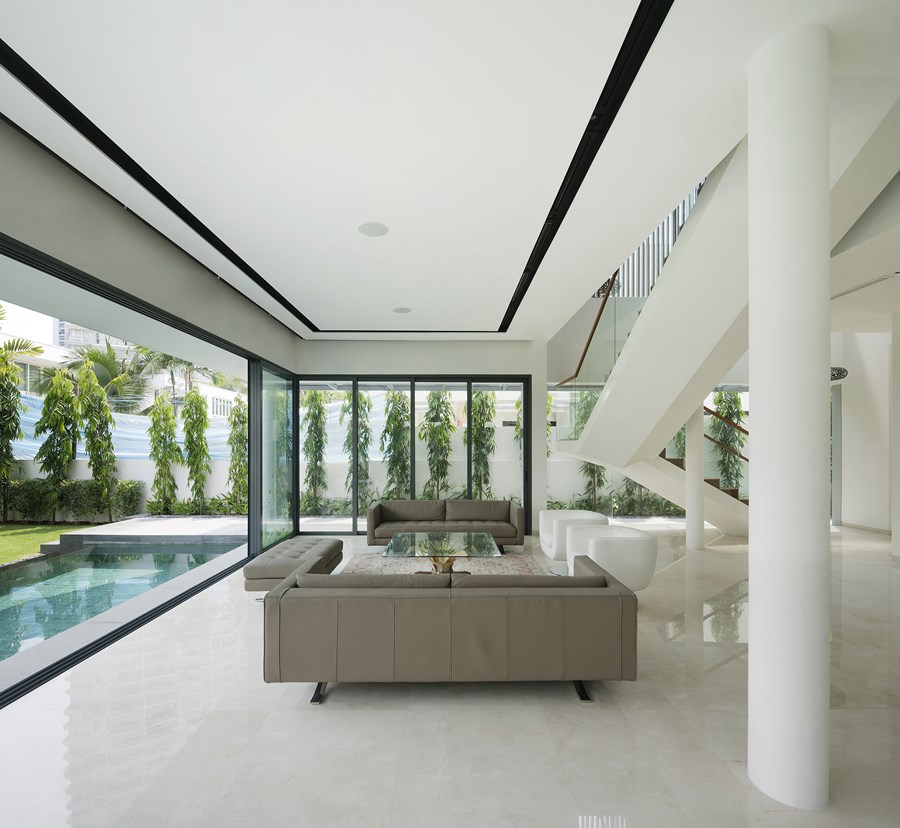 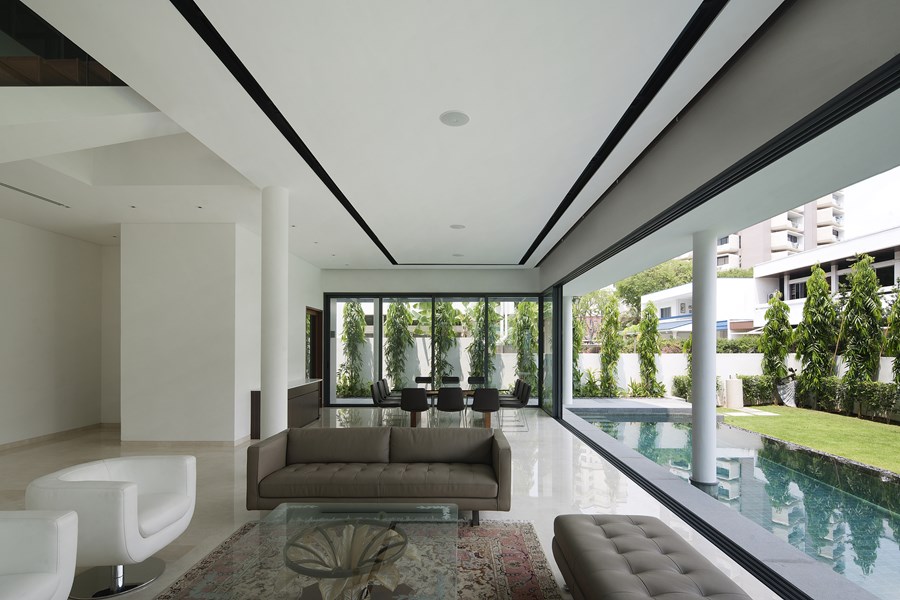 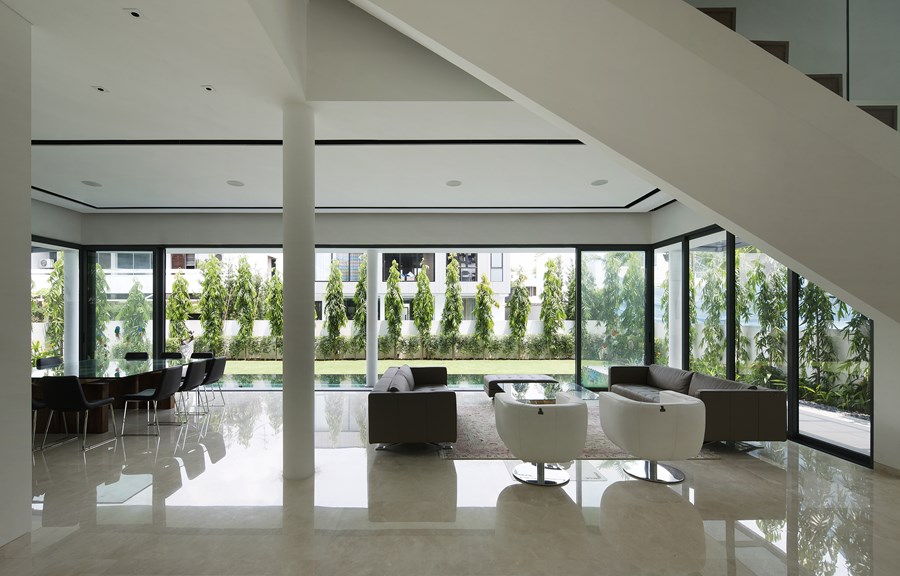 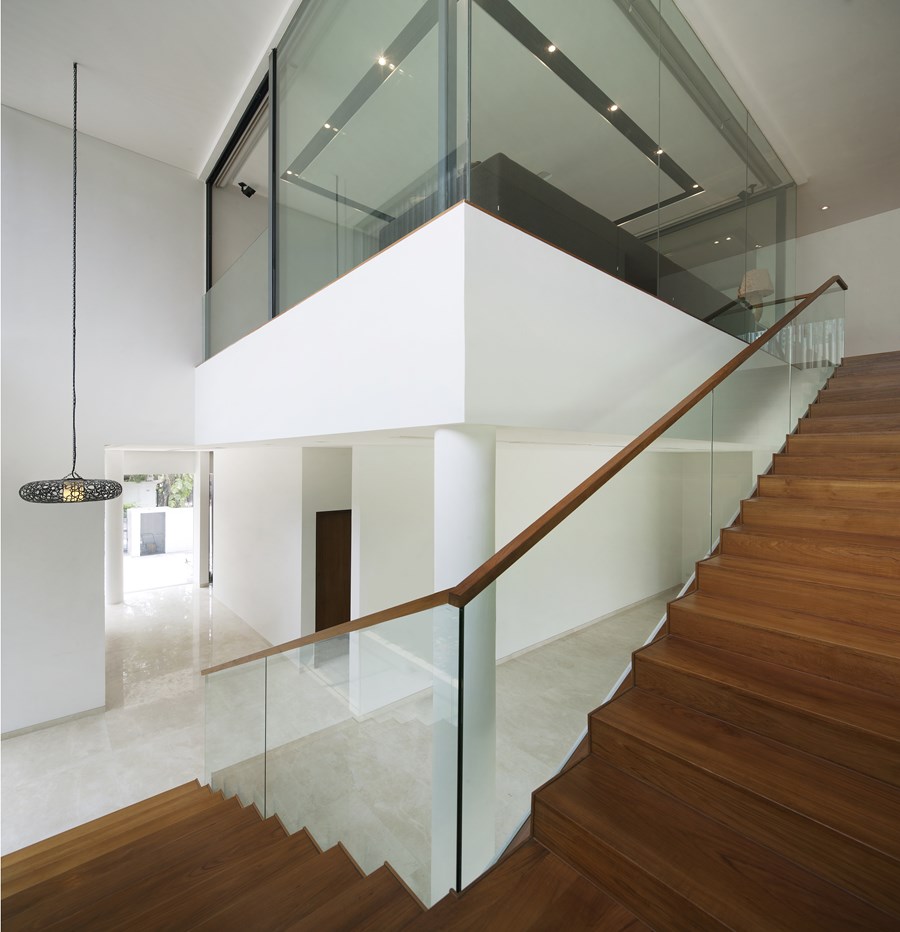 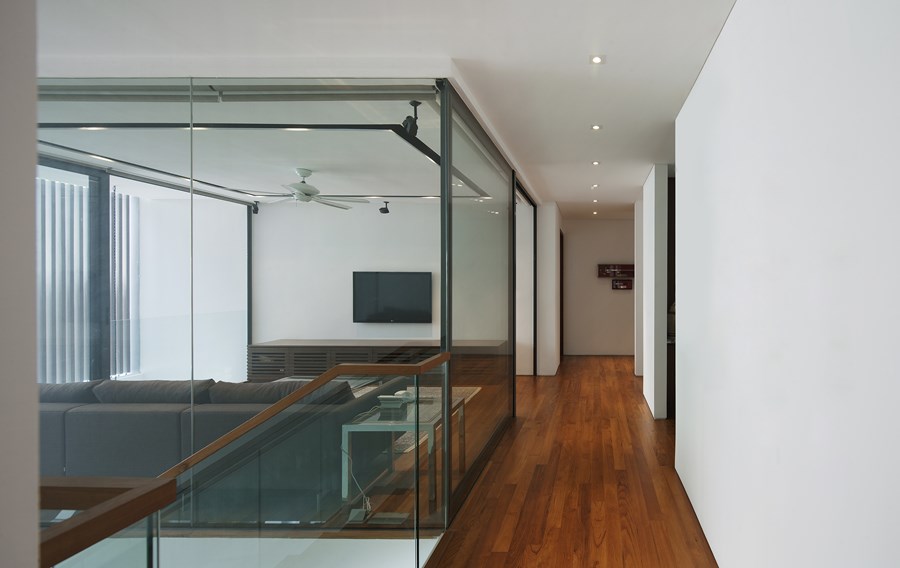 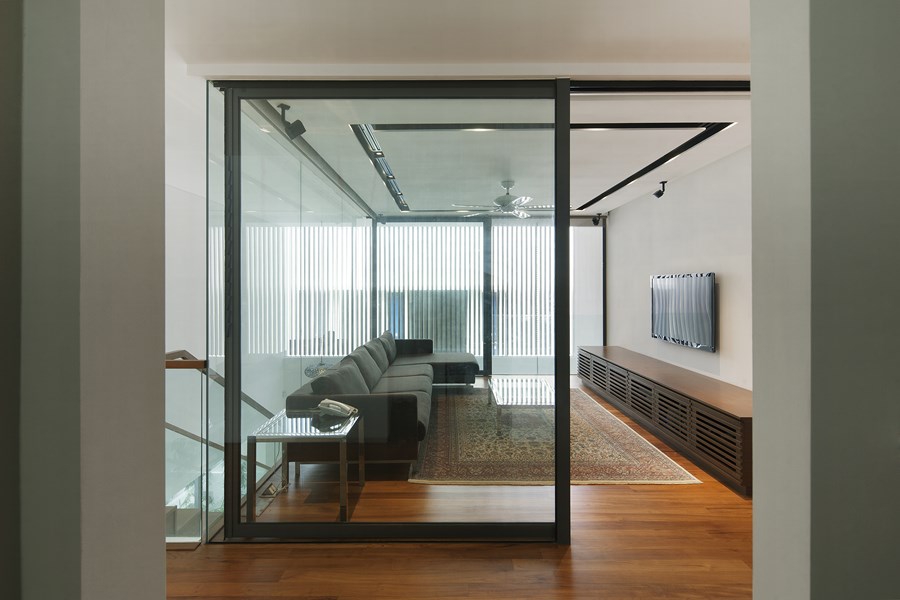 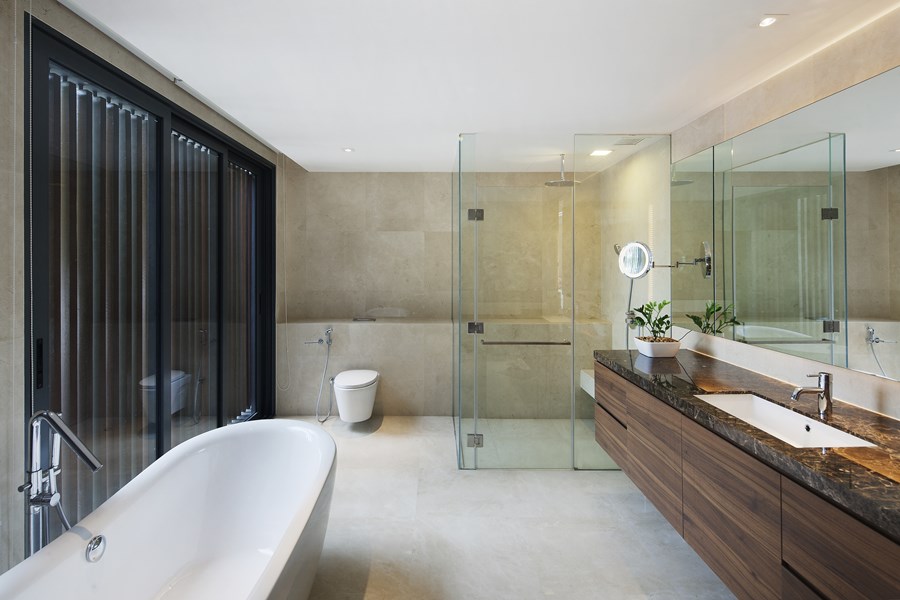 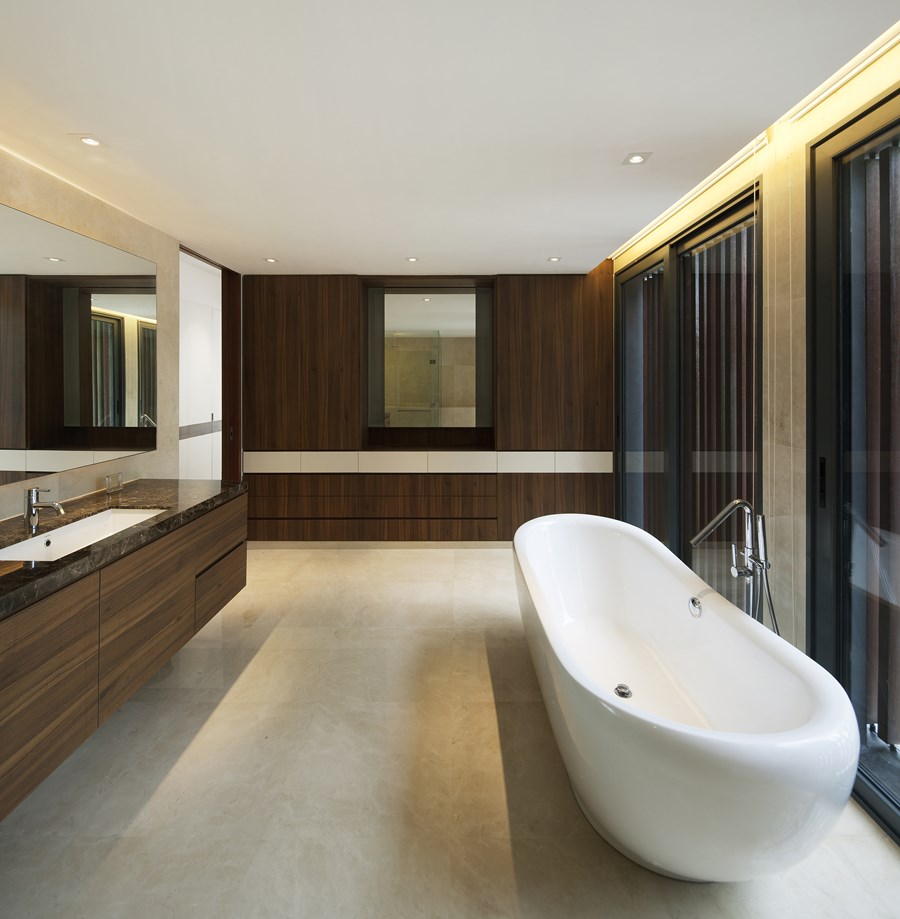 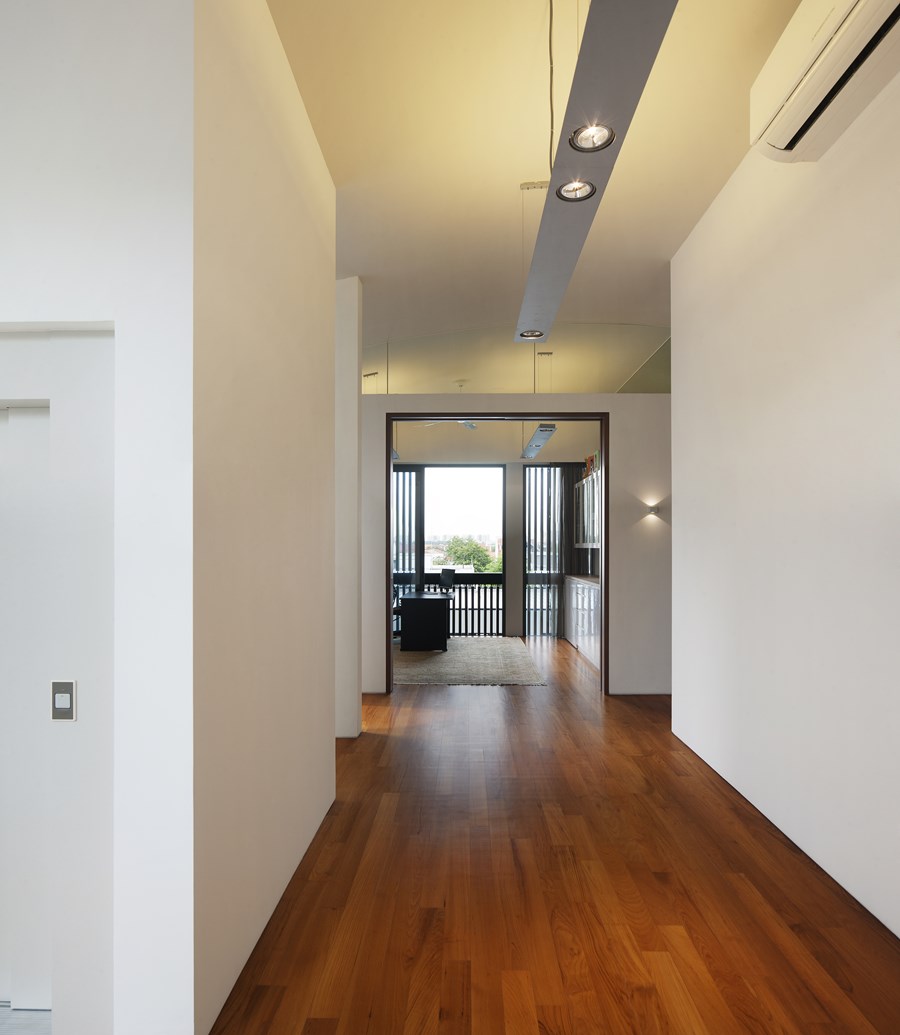 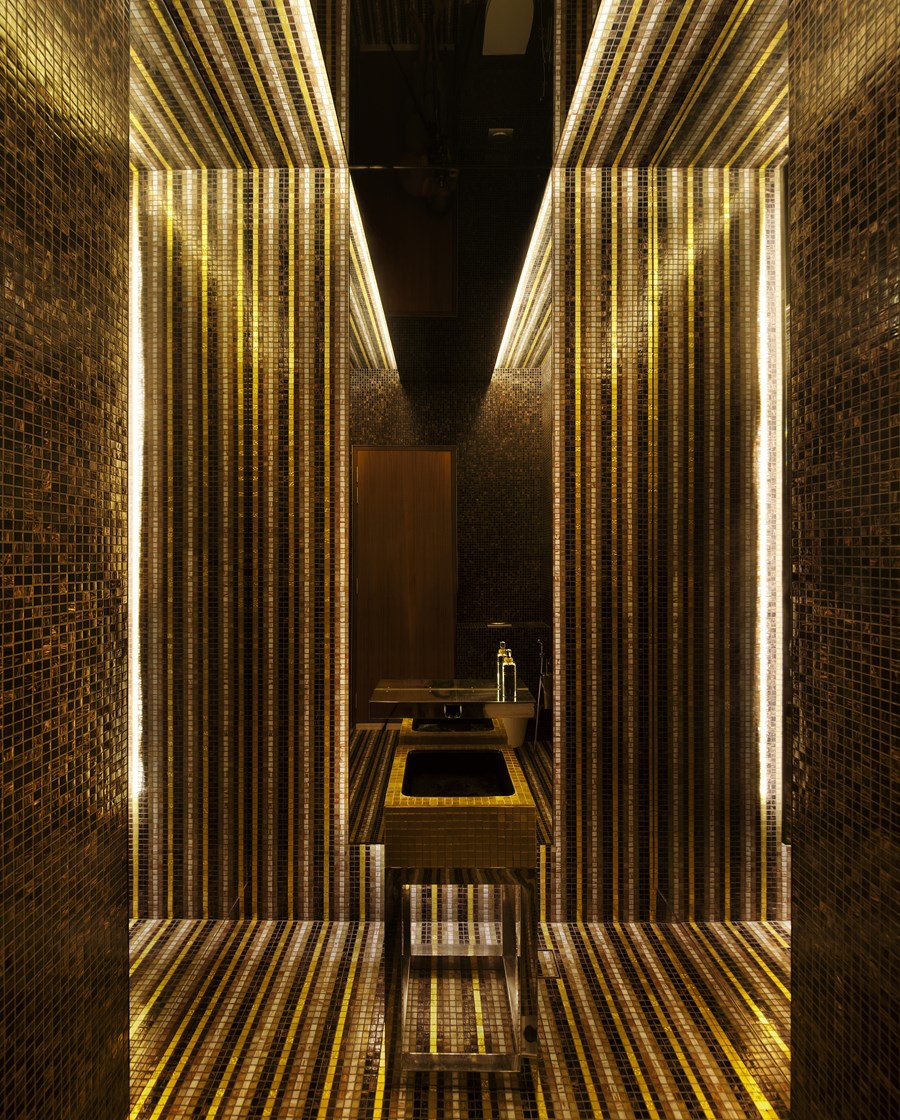 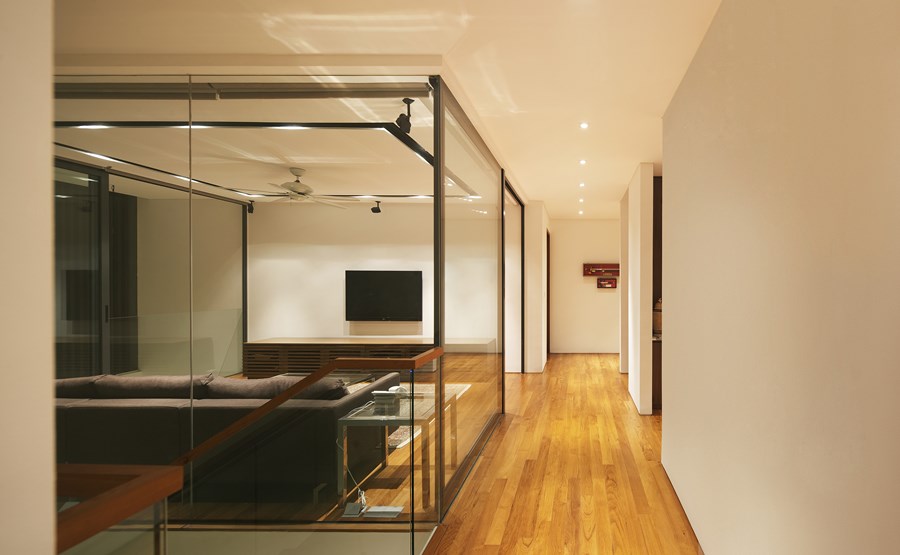 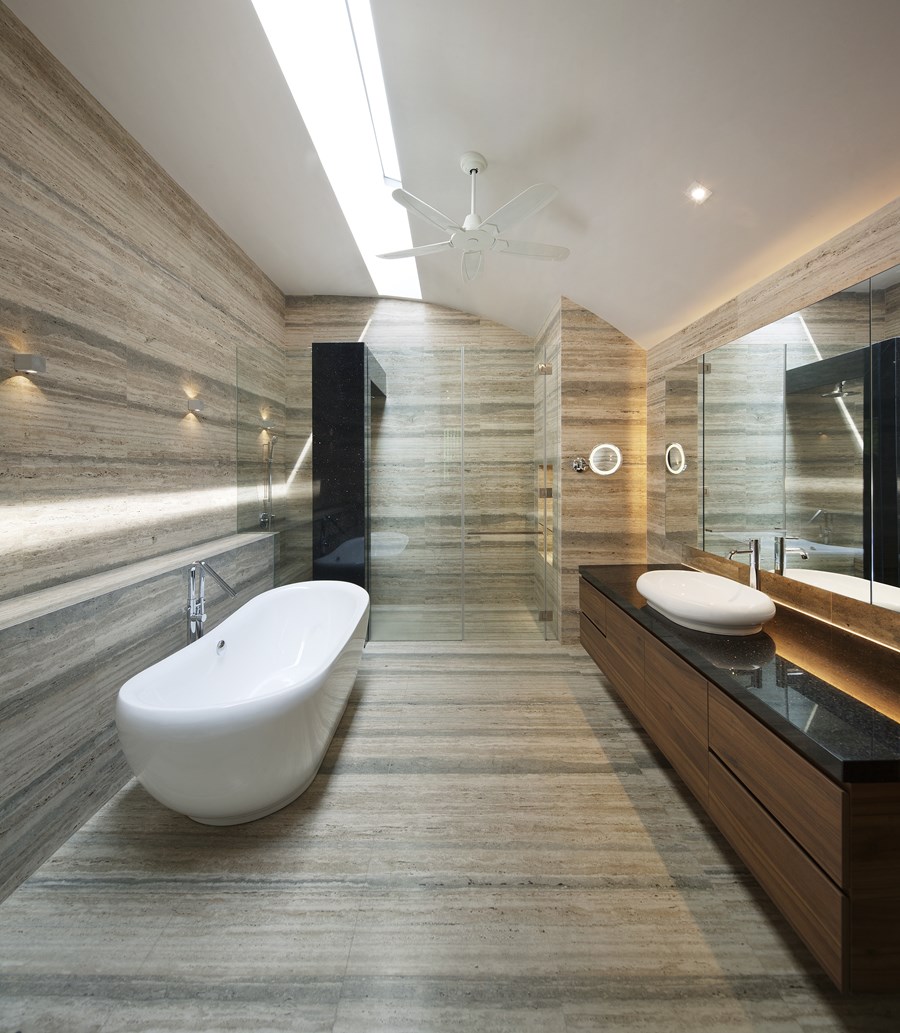 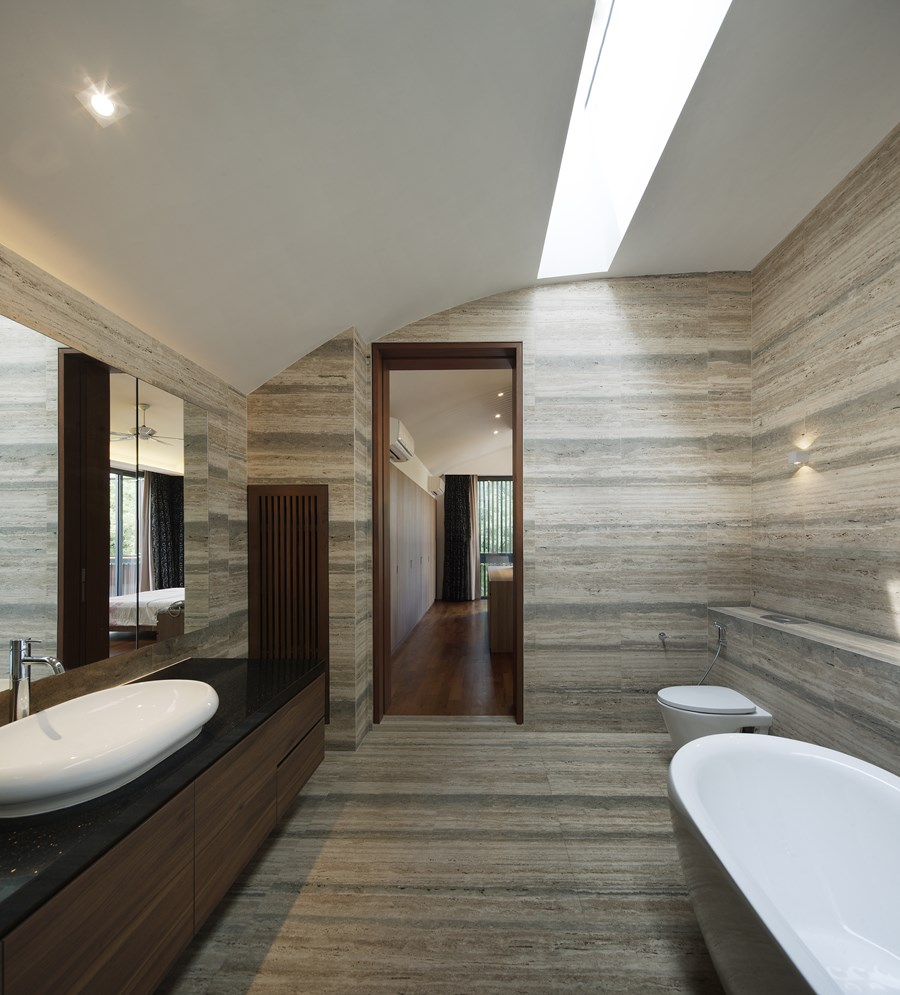 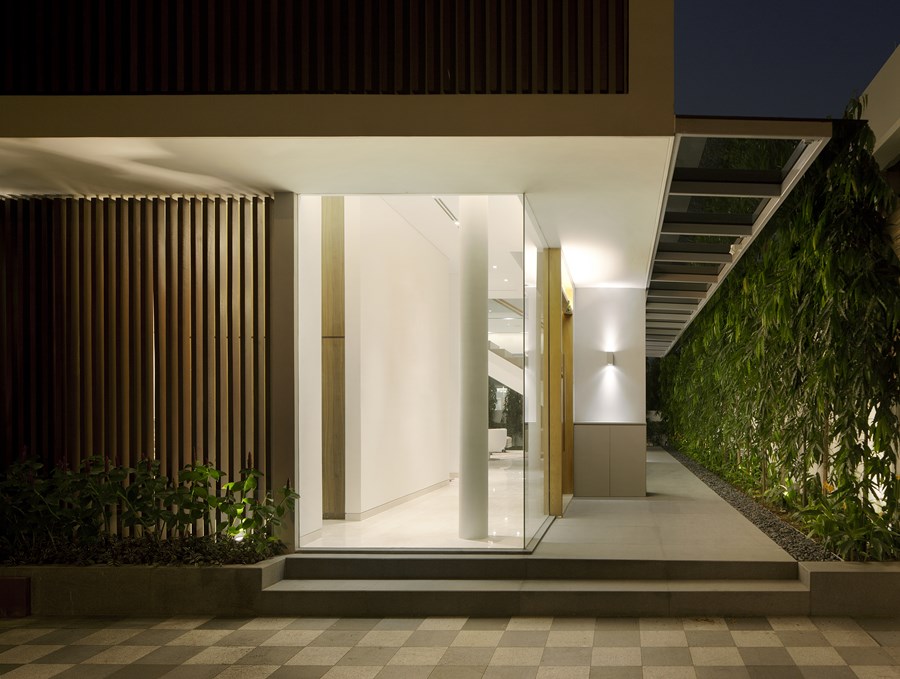 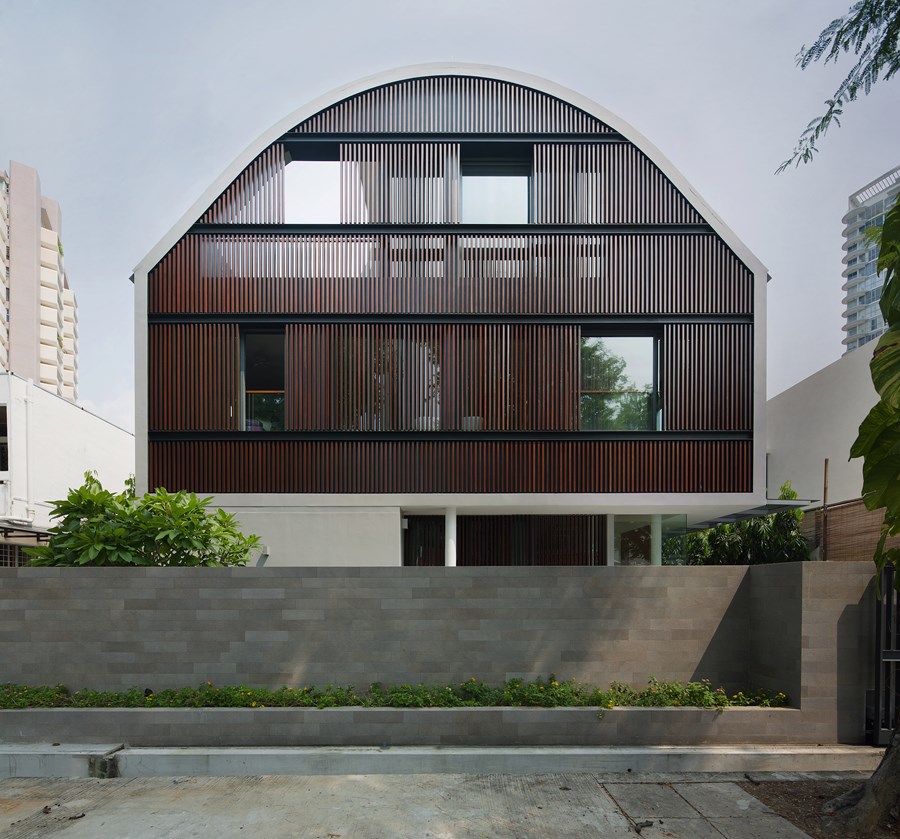 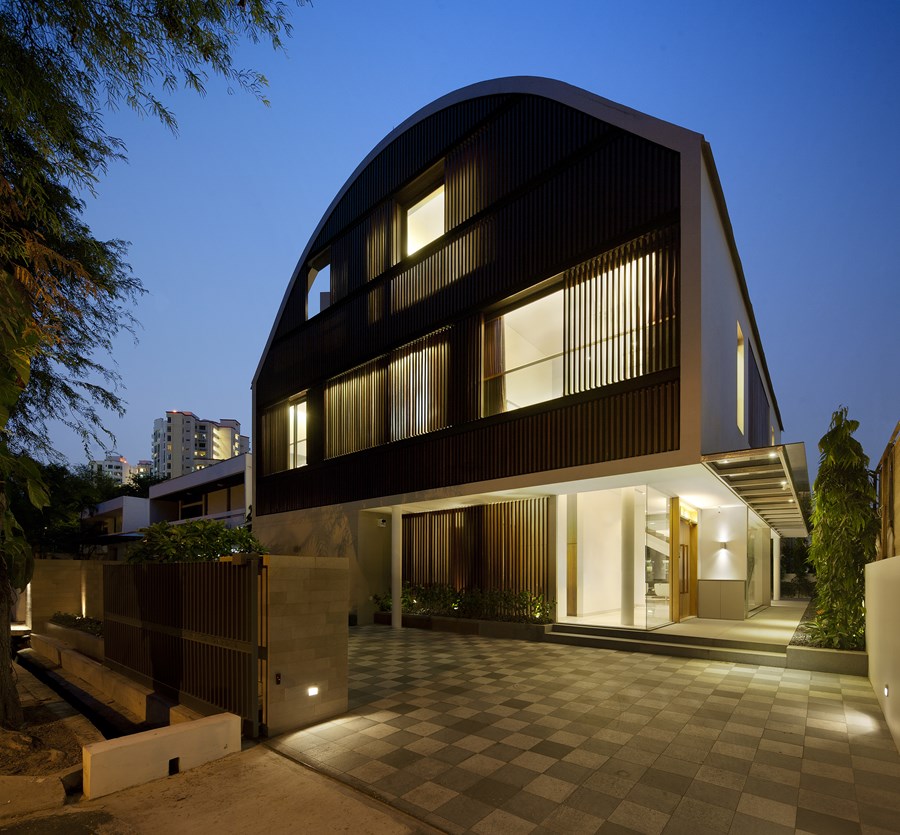 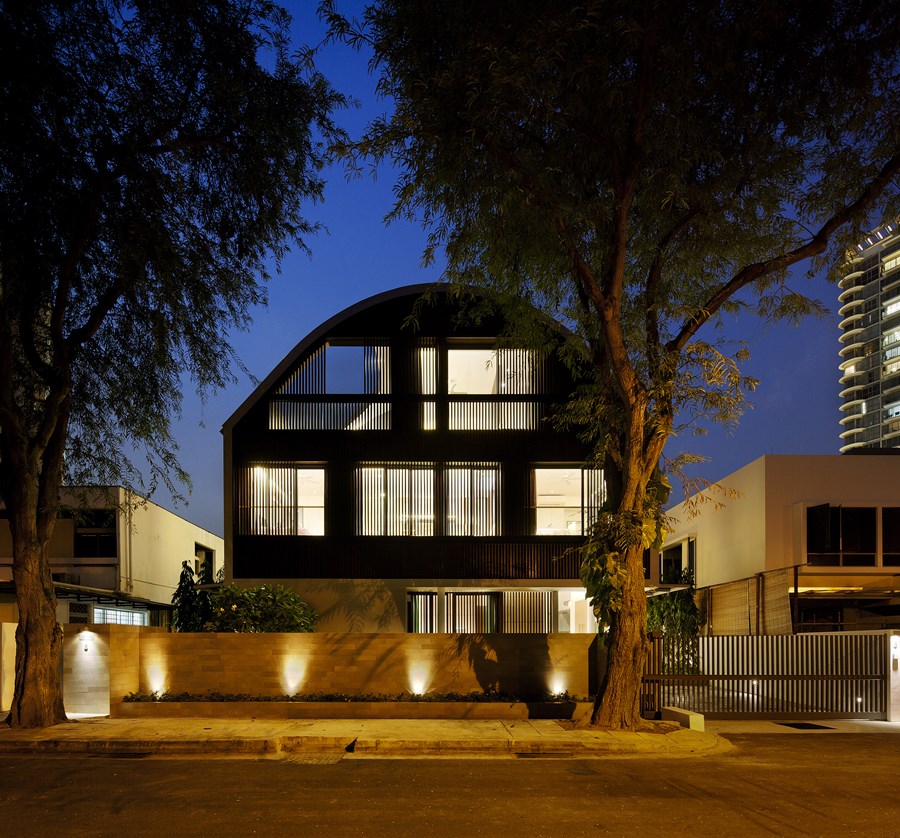 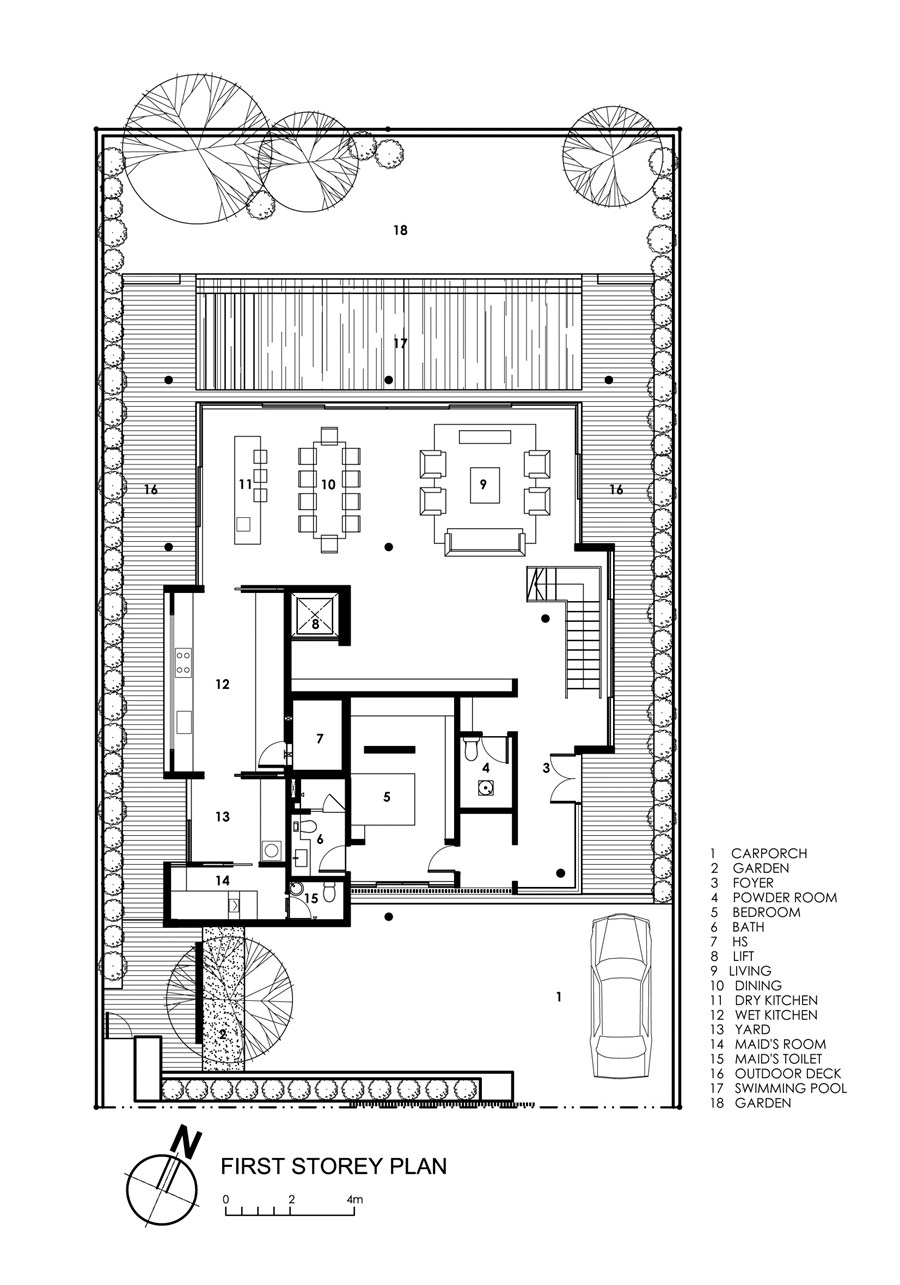 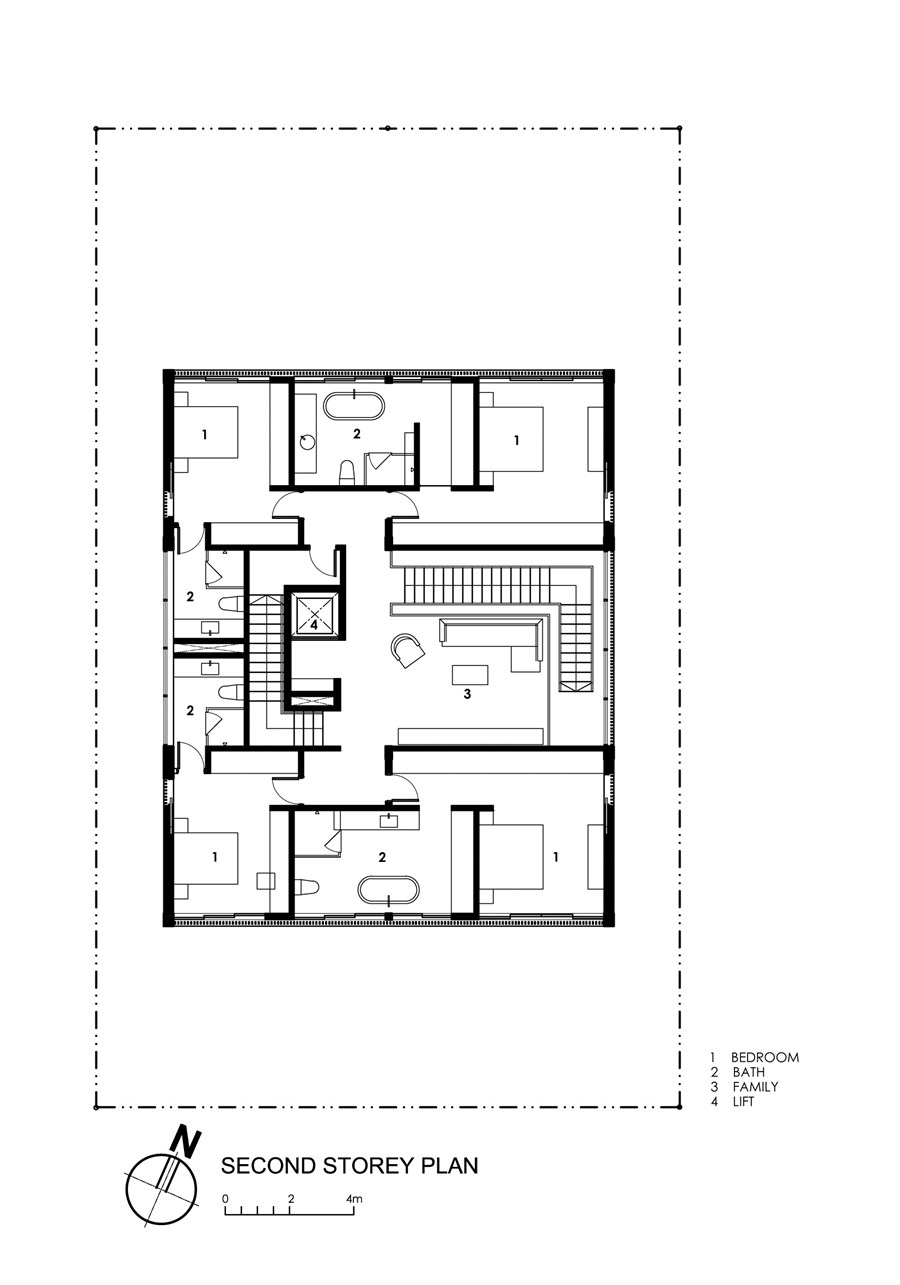 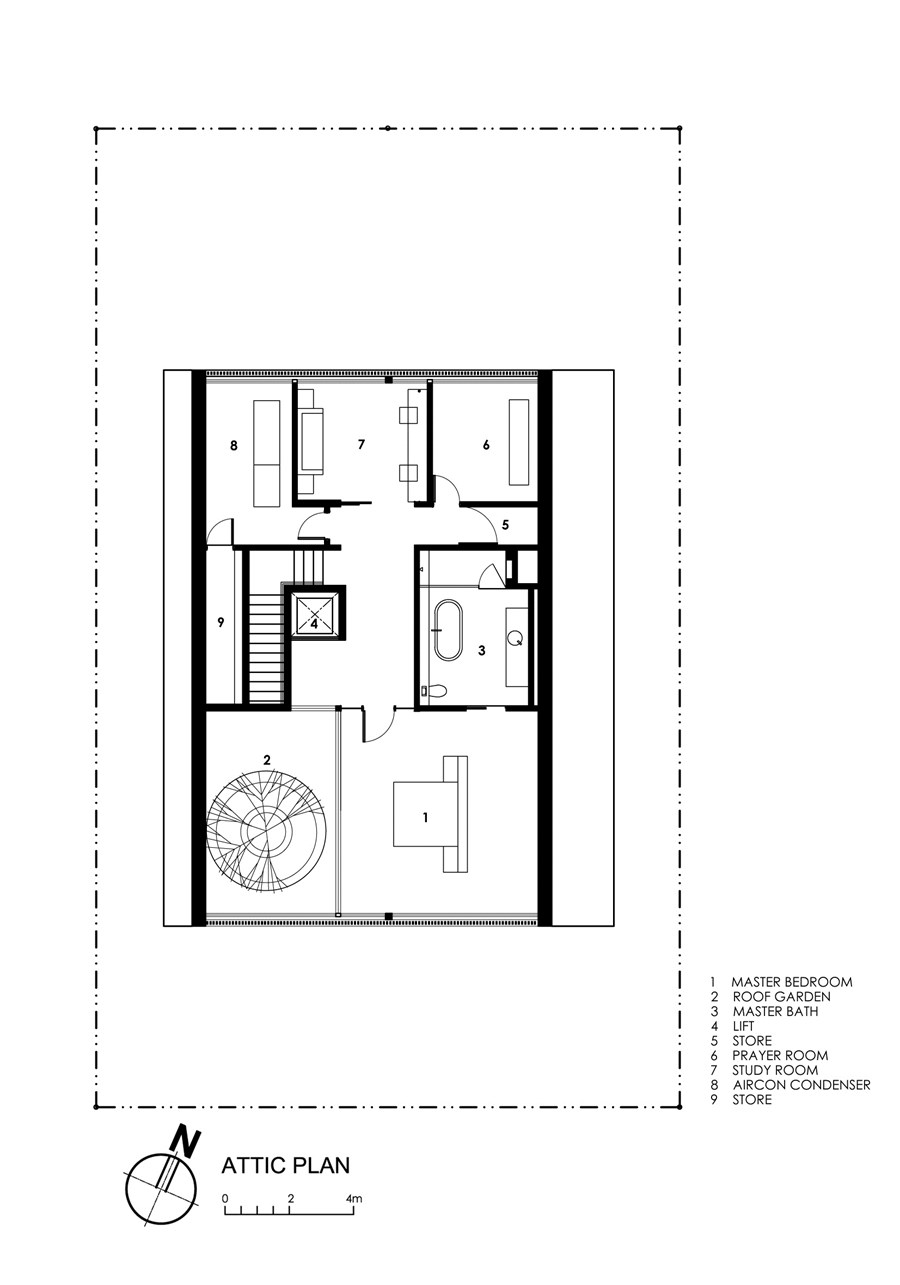 “As the brief was substantial, the overall form of the house needed to be pushed to the envelope limits. Naturally, there are also other considerations; the context and proximity of neighbouring homes, the daily sun path and the prevailing winds. Conceptually, the house is a raised reinforced concrete tube whose open ends are oriented in a general north-south direction. On this site, the prevailing breezes also blow in from the south, from the direction of the nearby coast line. In practice, all rooms have walls that side either east or west, and front north and south. The tubular structure resists east west heat gain thanks to the solid mass of the reinforced concrete but encourages passive cooling through the open north south axis. The north and south facades are treated with timber screens and their contribution is multifold. They are privacy filters for the bedrooms and are the first layer of glare and solar heat reduction to the spaces behind. The timber fins of the screen can also be angled so as to catch a breeze or to increase privacy as and when needed.
Family gatherings are a daily occurrence, and large celebratory functions also feature regularly for the client. The first storeyis designed to be visually expansive and uncluttered, and encourages the intermingling of space, whether one moves through the garden, living or dining. The perceived spatial boundary is not architecturally delineated in a traditional sense, but by a soldier-line of narrow polyalthia trees along the boundaries of the site. However, architecturally, the trees provide a level of purpose no man-made wall is able to. It shields the house from neighbouring windows but its narrow footprint still allows sun to reach the grass, while freeing up space on the lawn for play and parties. What may not seem so obvious though is that the tines of polyalthias are literally evaporative fingers, combing the air of some of its heat each time the wind blows. The swimming pool is placed centrally between garden and living both as a focal centre and also as a central evaporative cooling surface.”
Photographer: Jeremy San