Limantos is a project designed in 2012 by Fernanda Marques Arquitetos Associados, covers an area of 830m² and is located in São Paulo, Brazil. 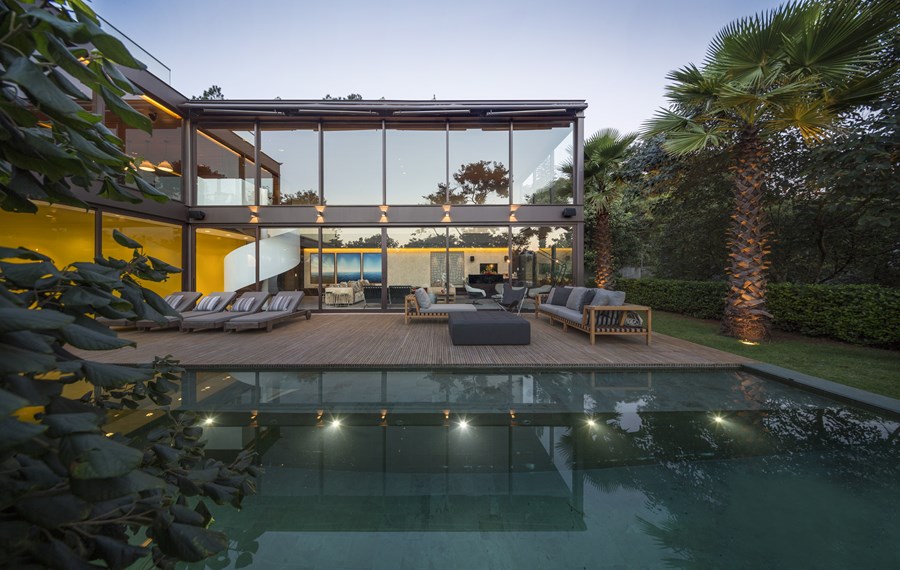 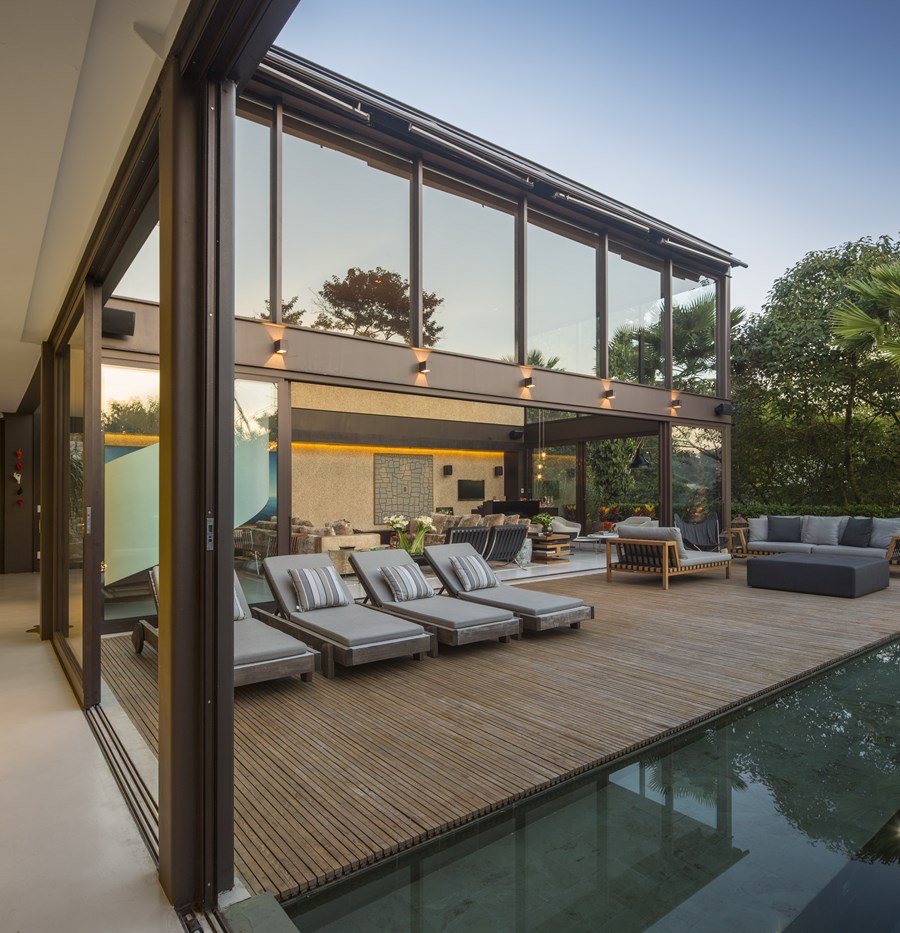 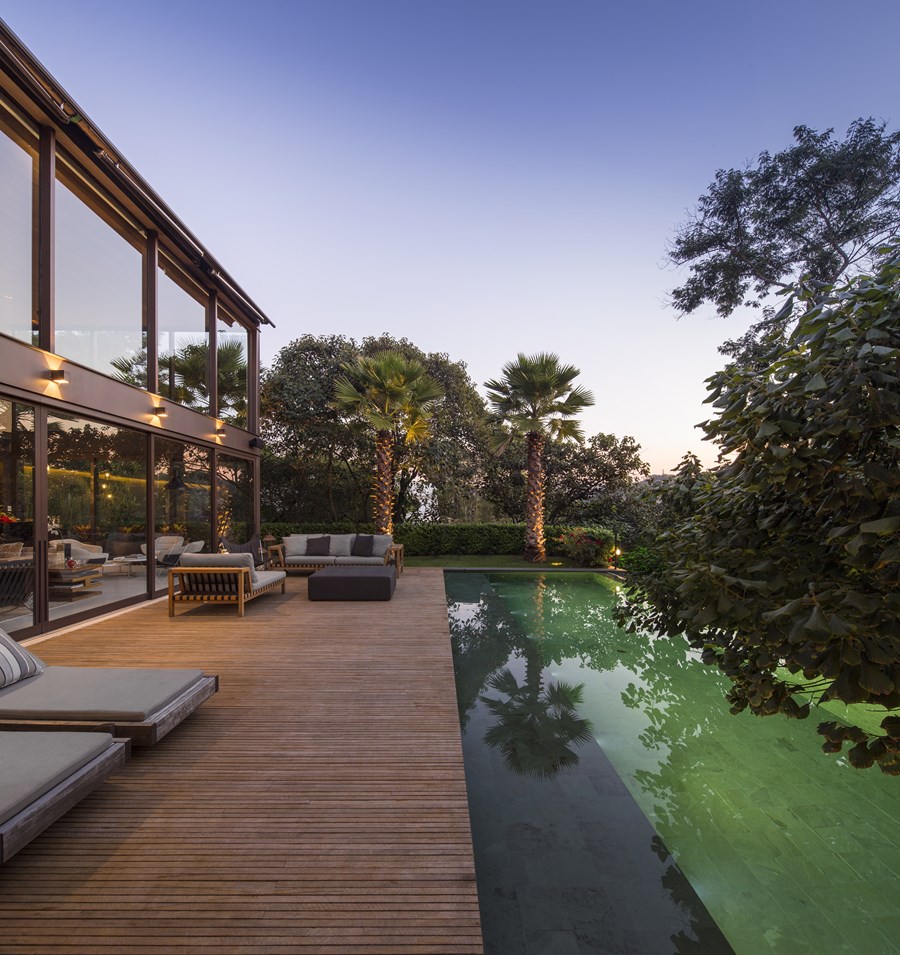 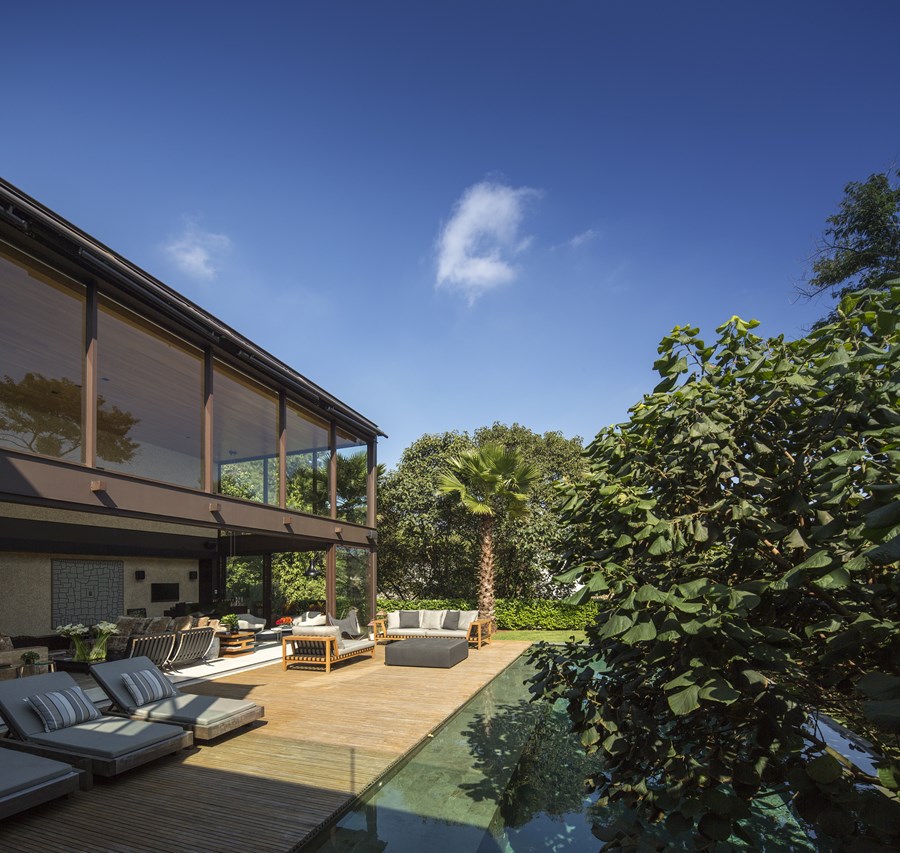 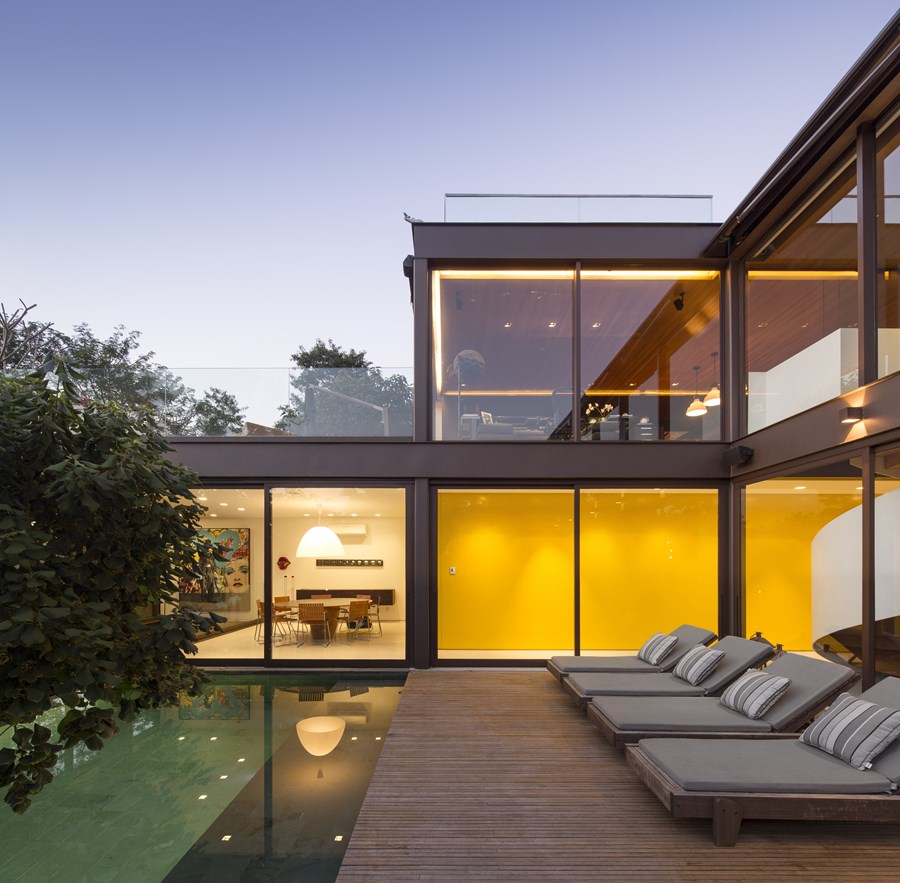 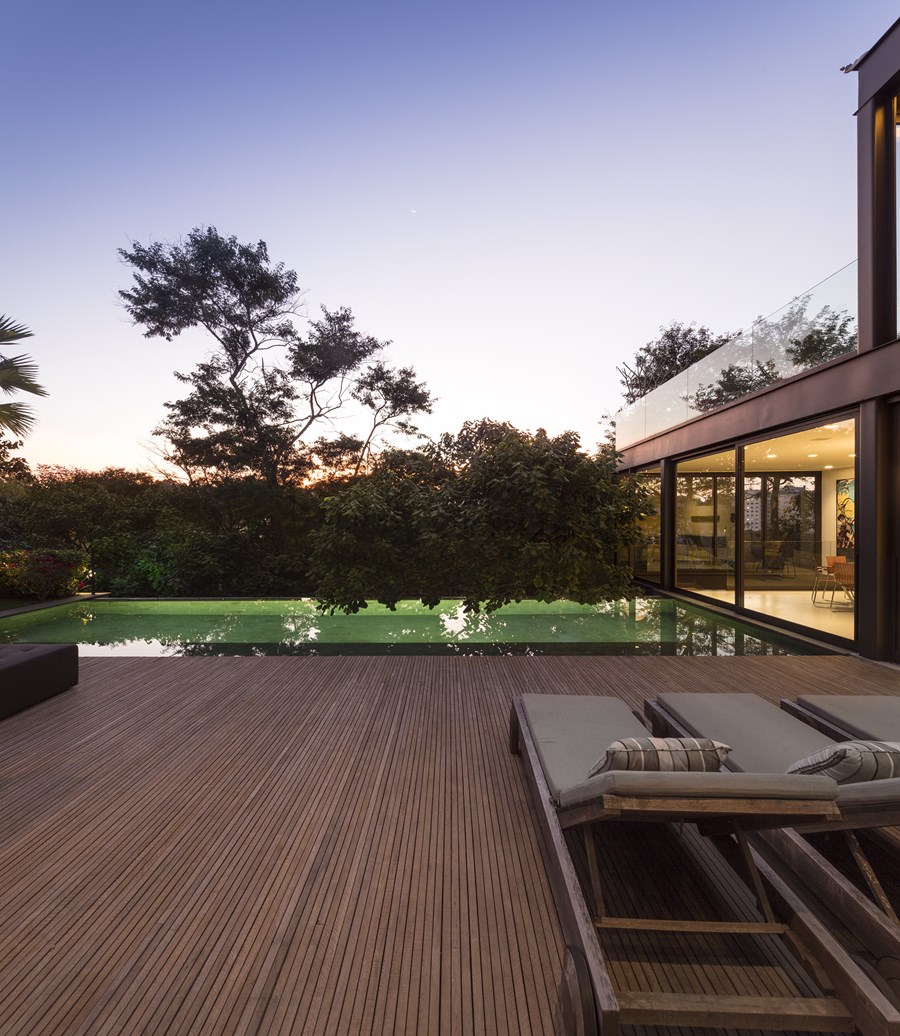 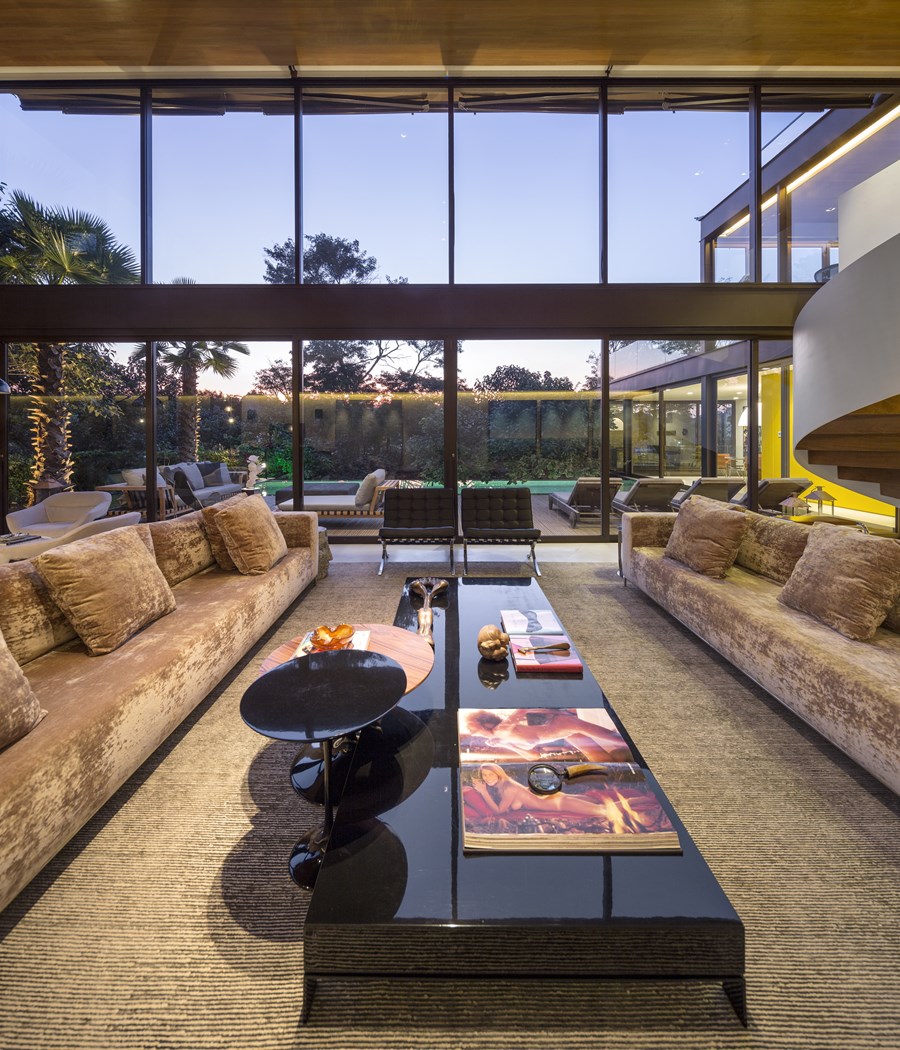 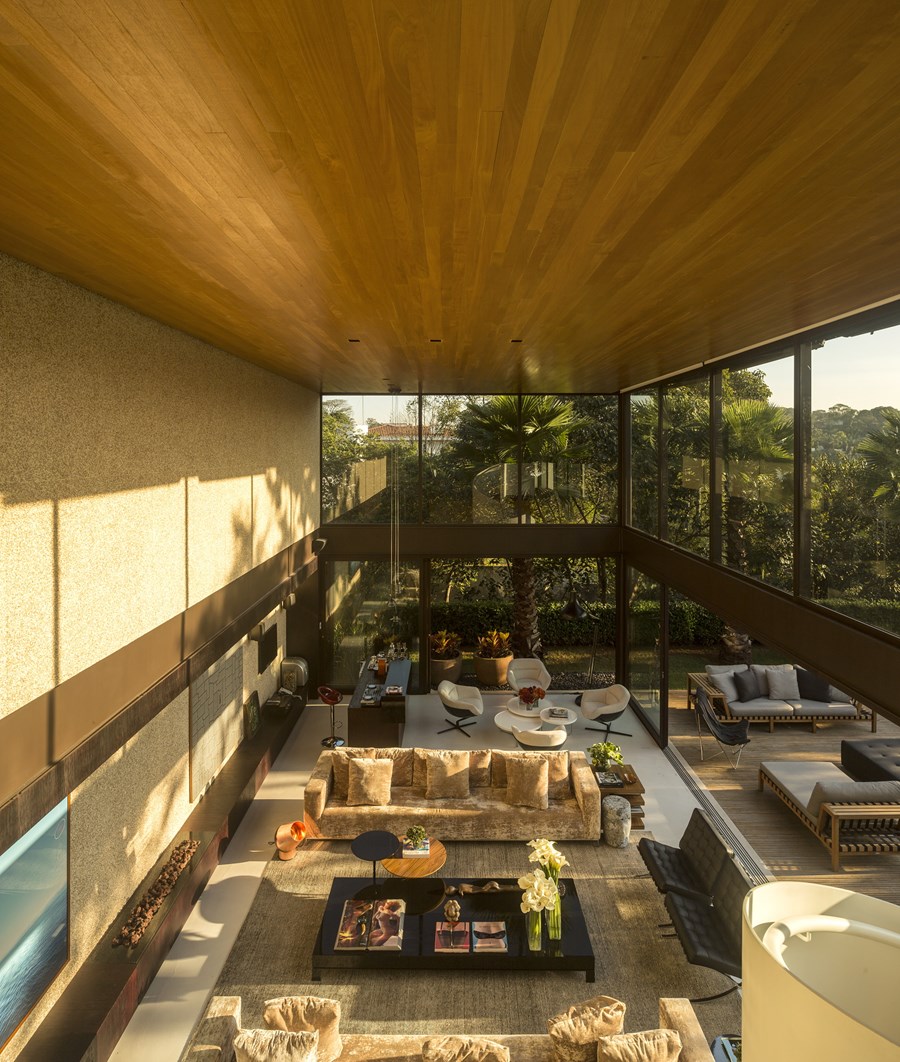 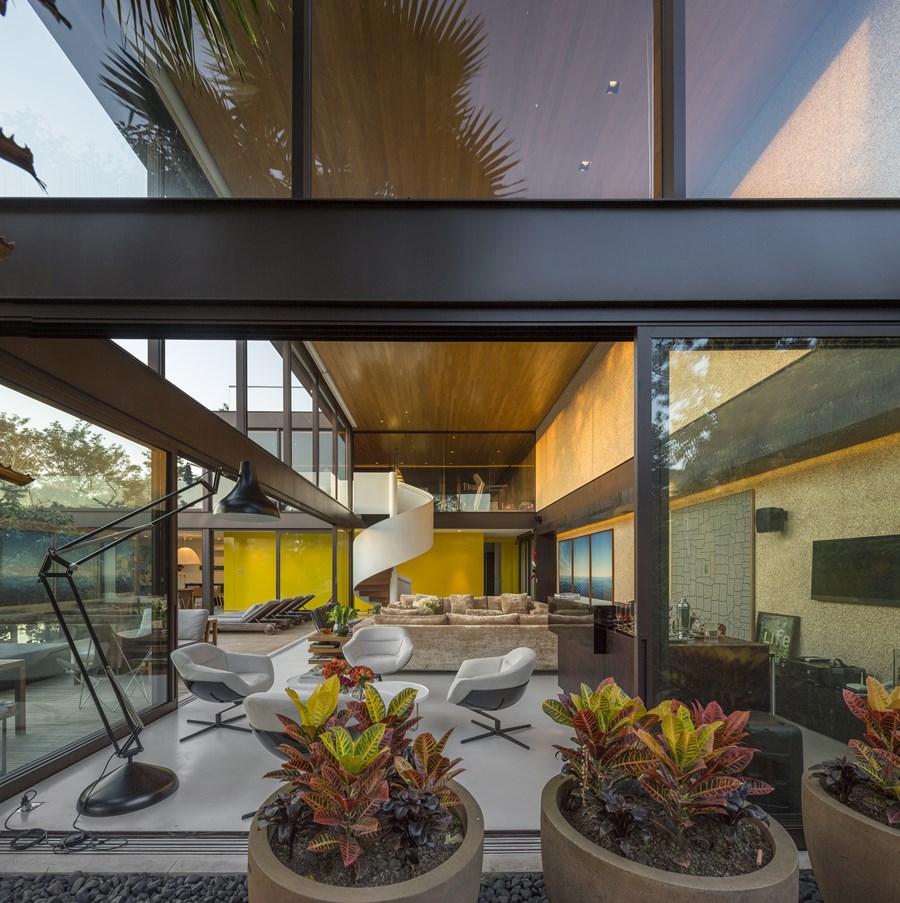 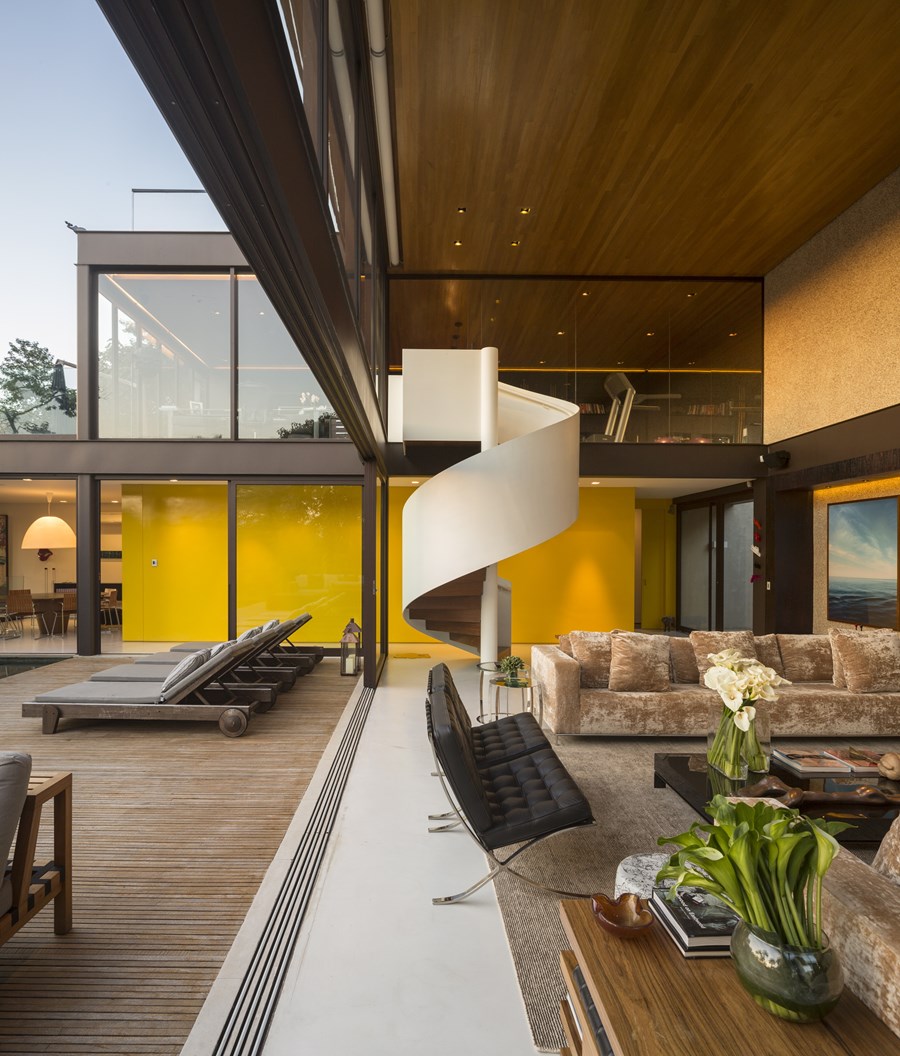 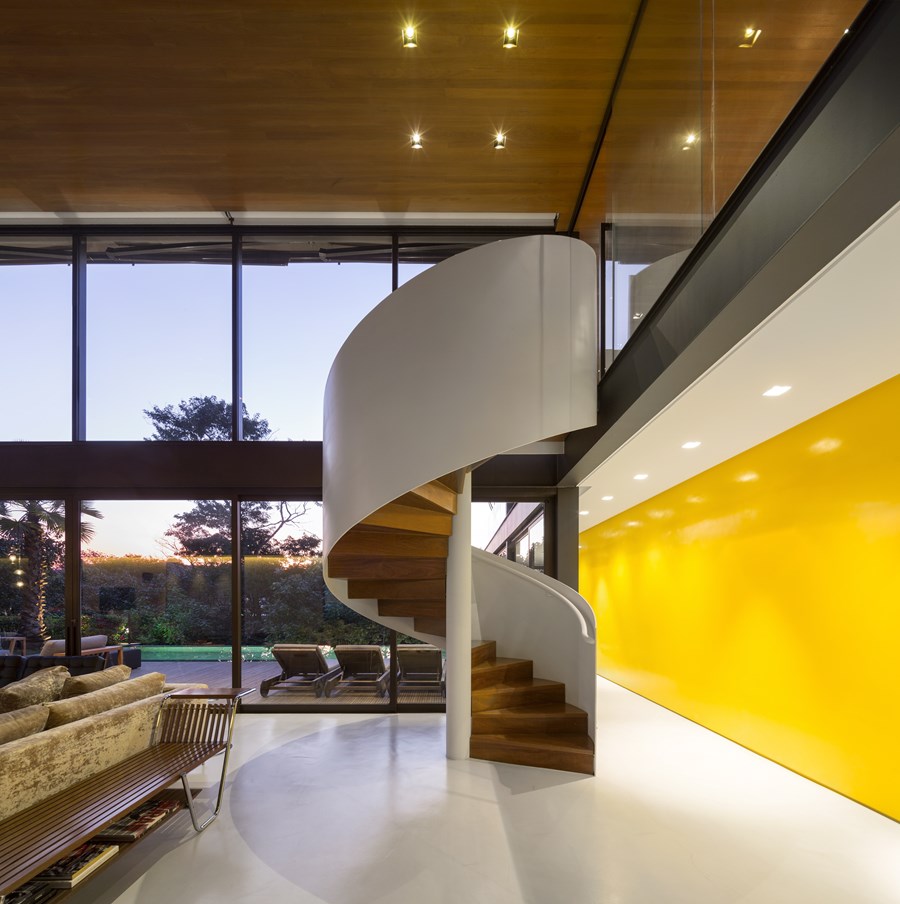 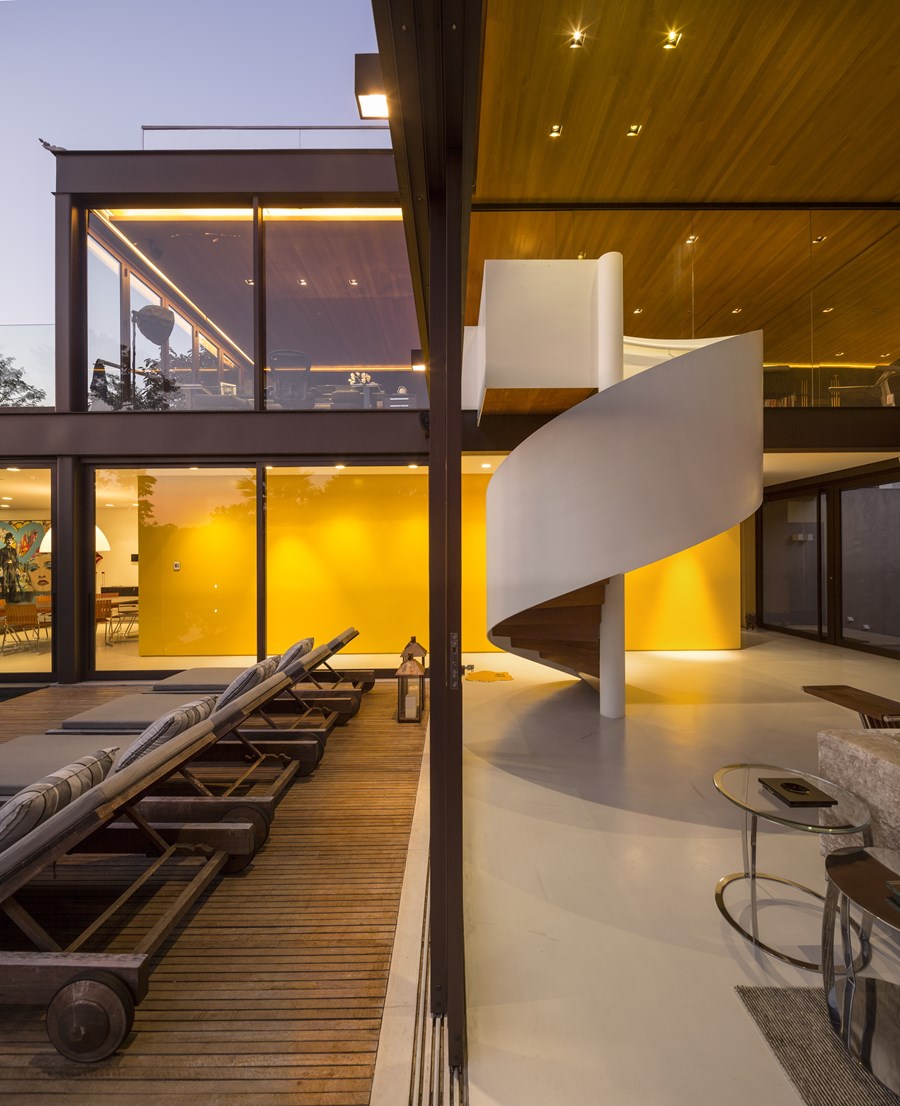 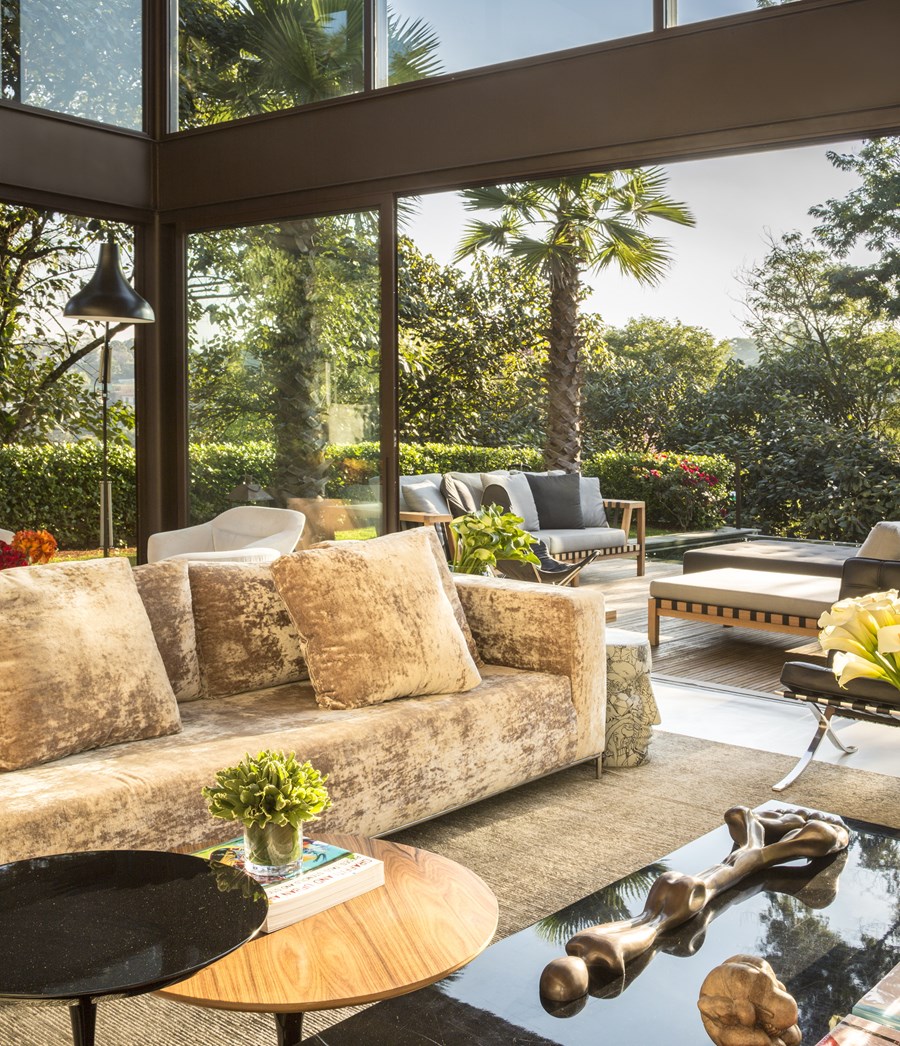 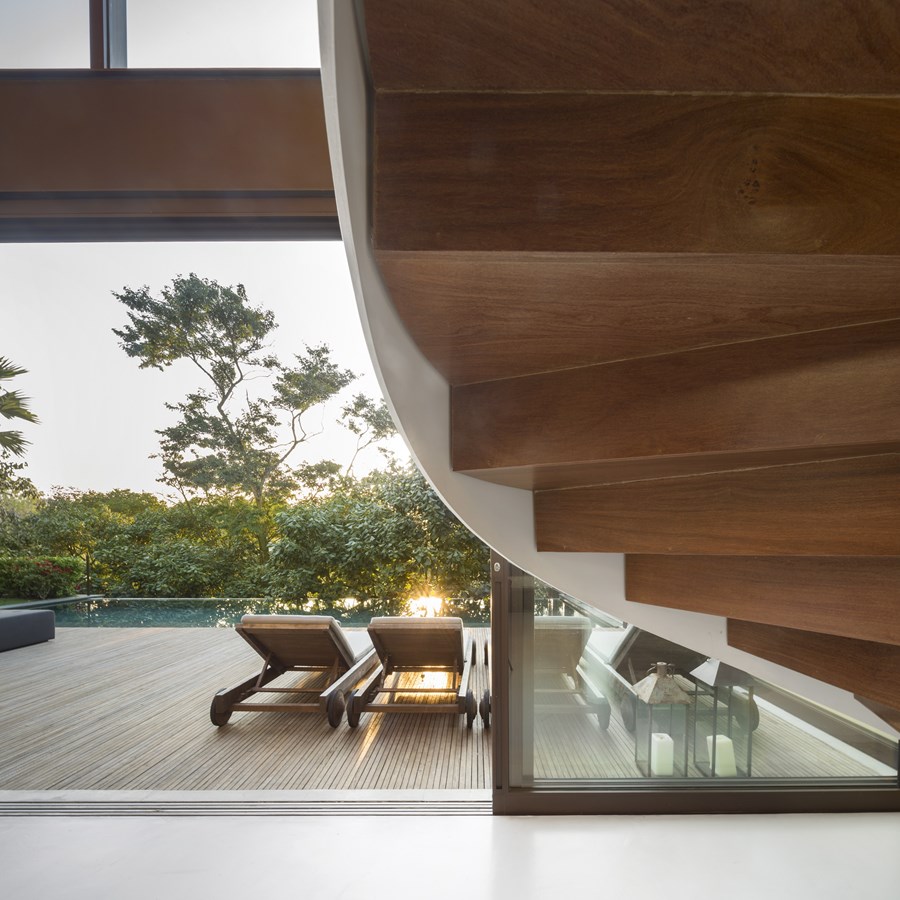 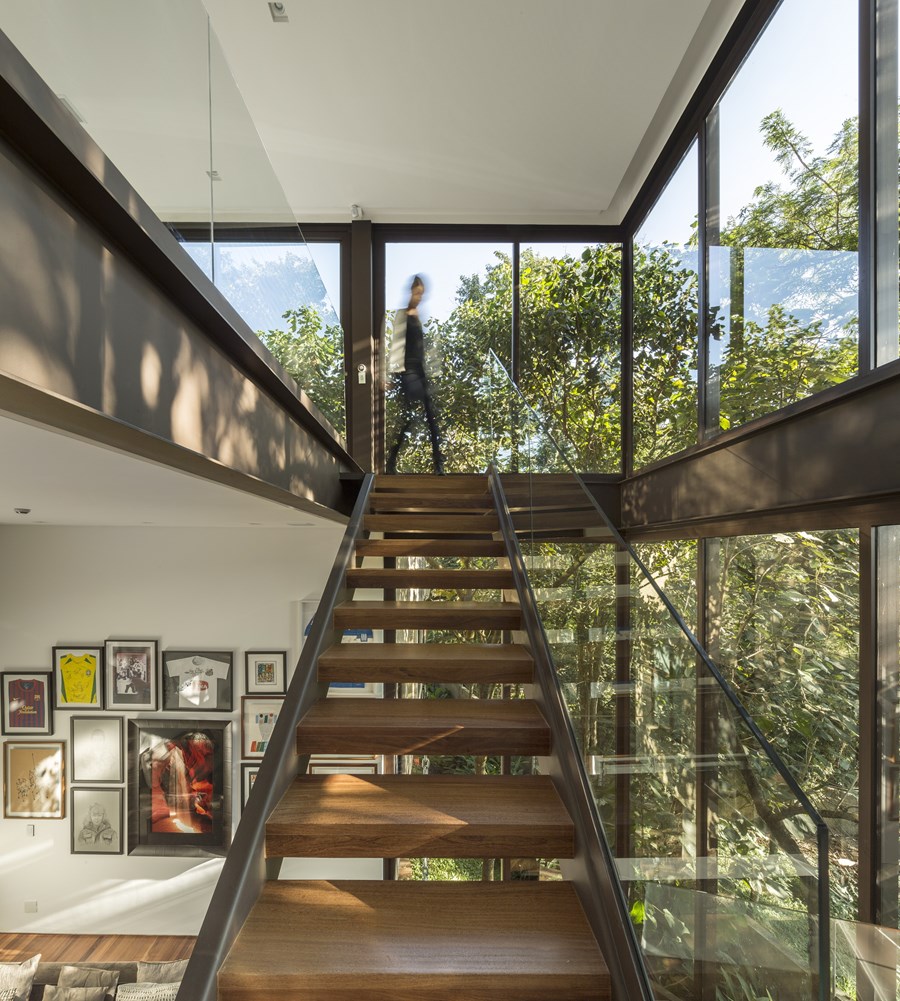 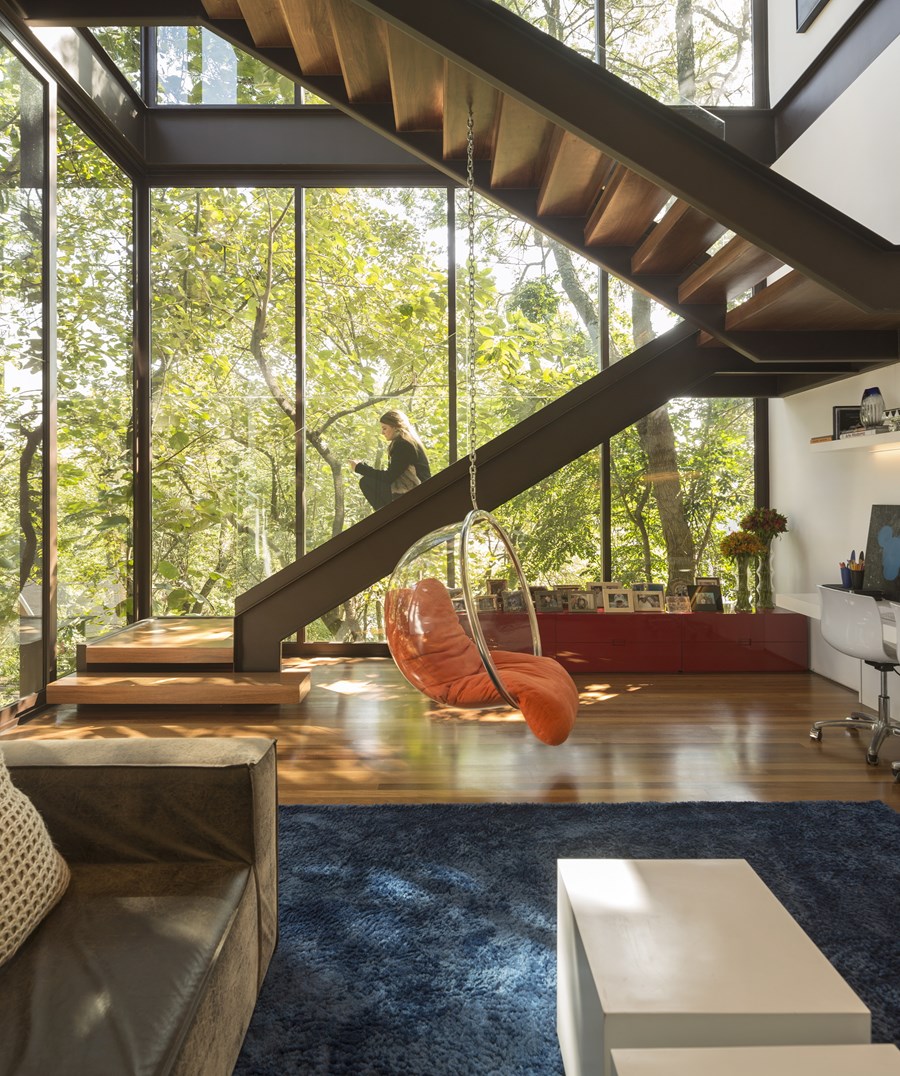 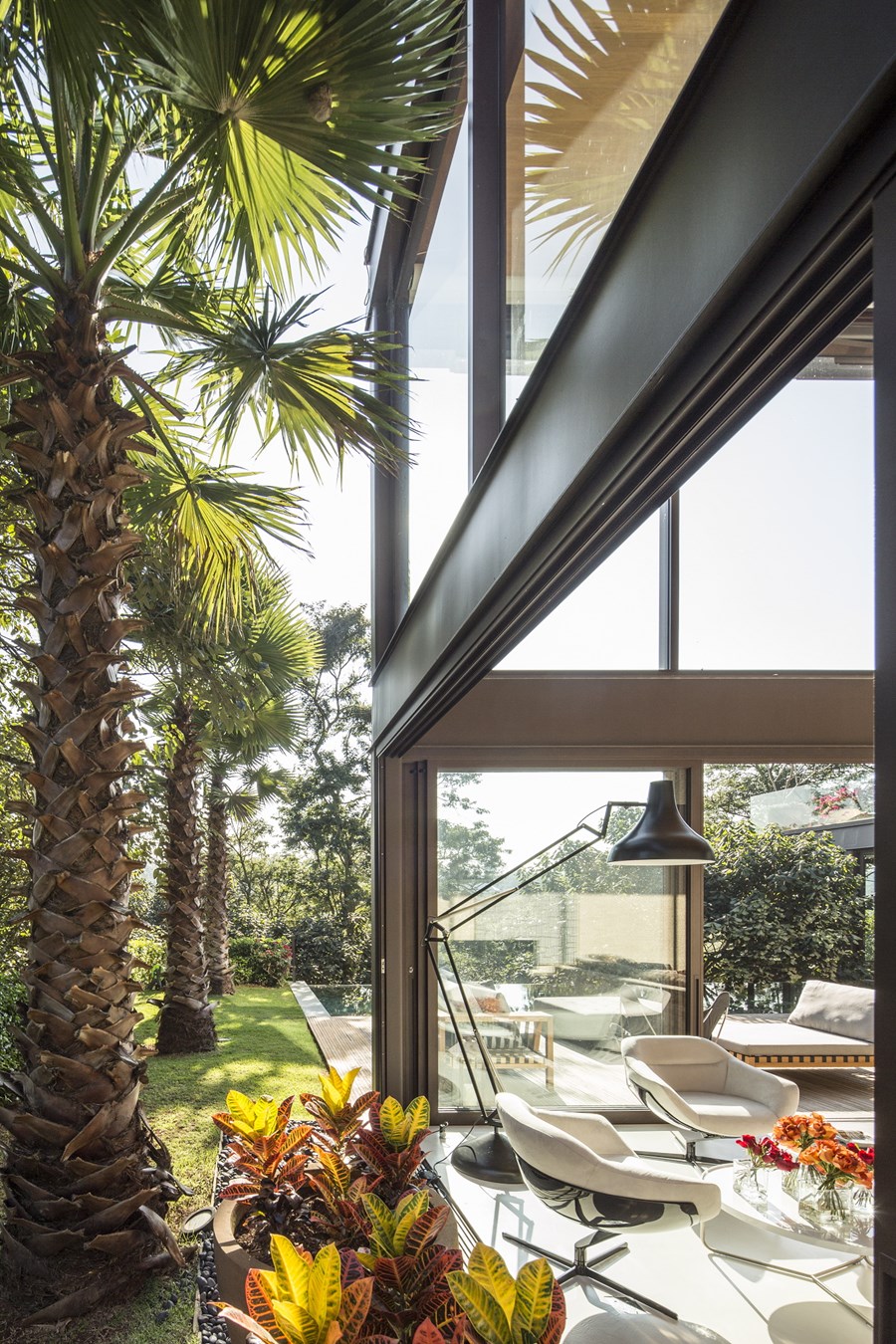 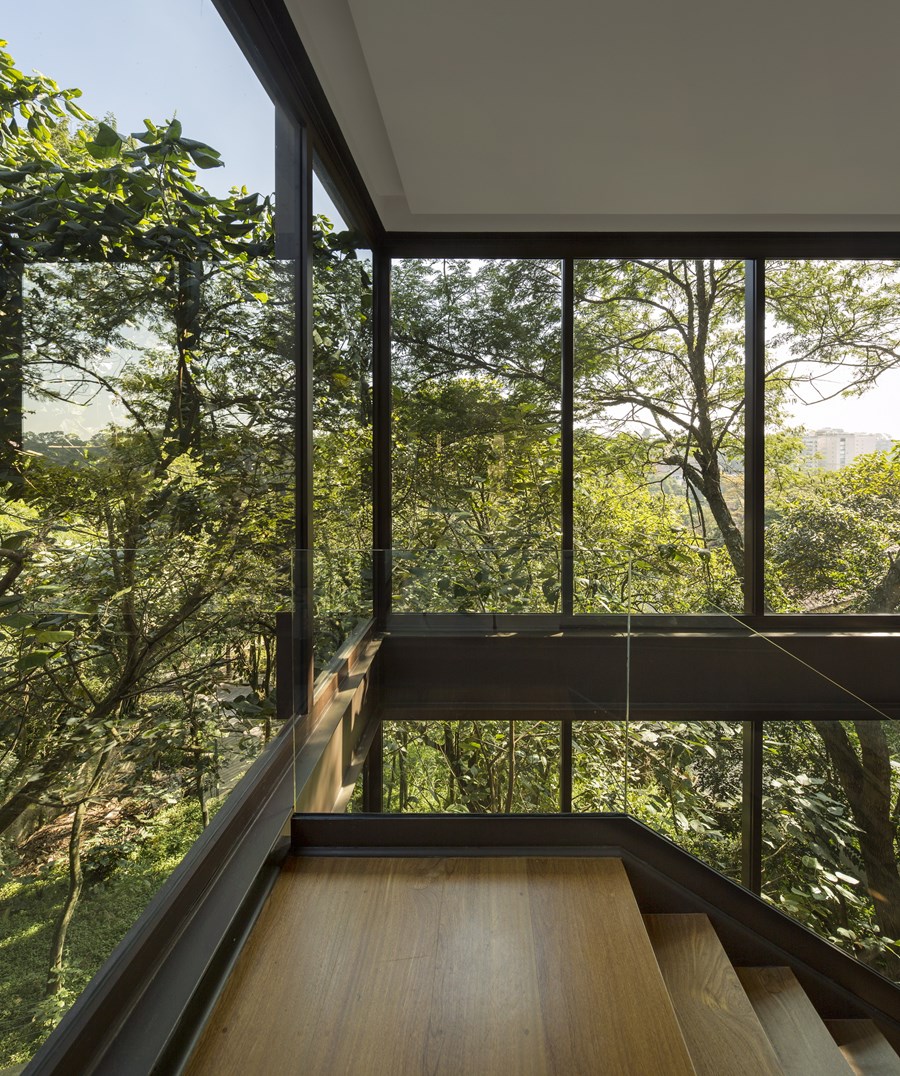 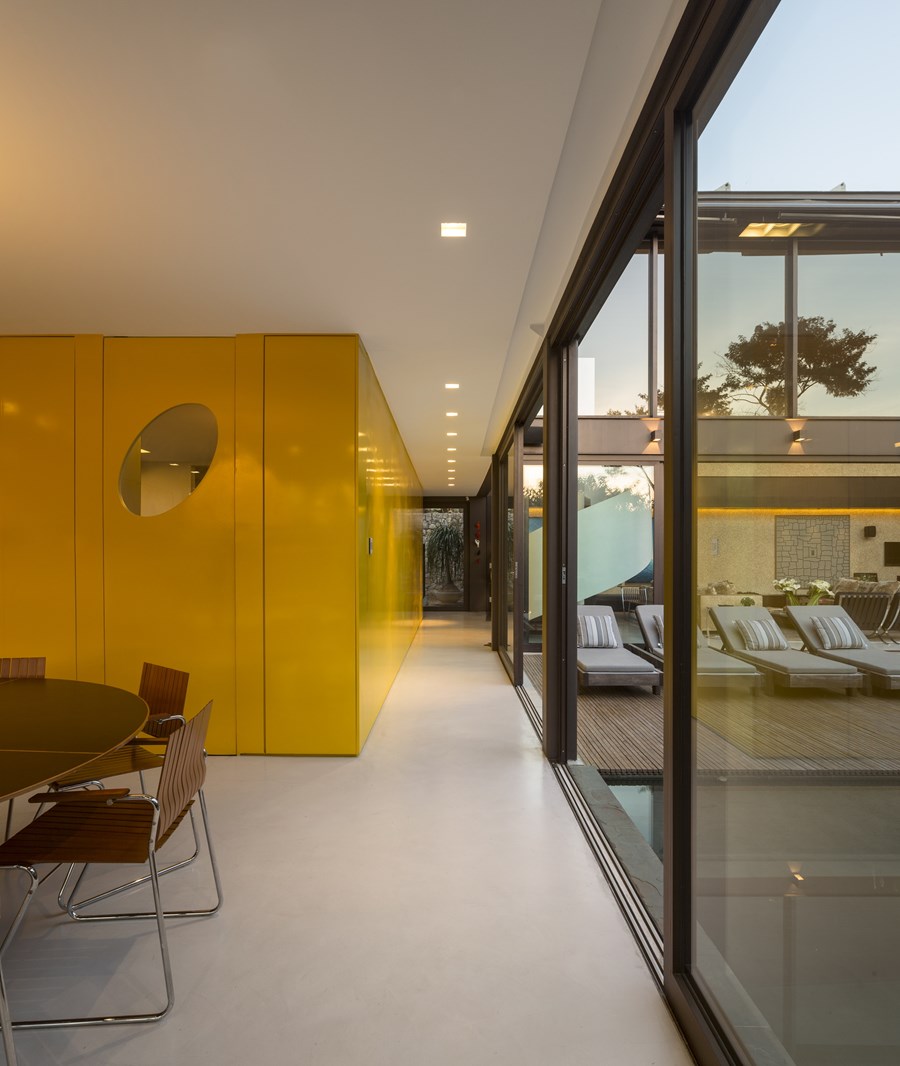 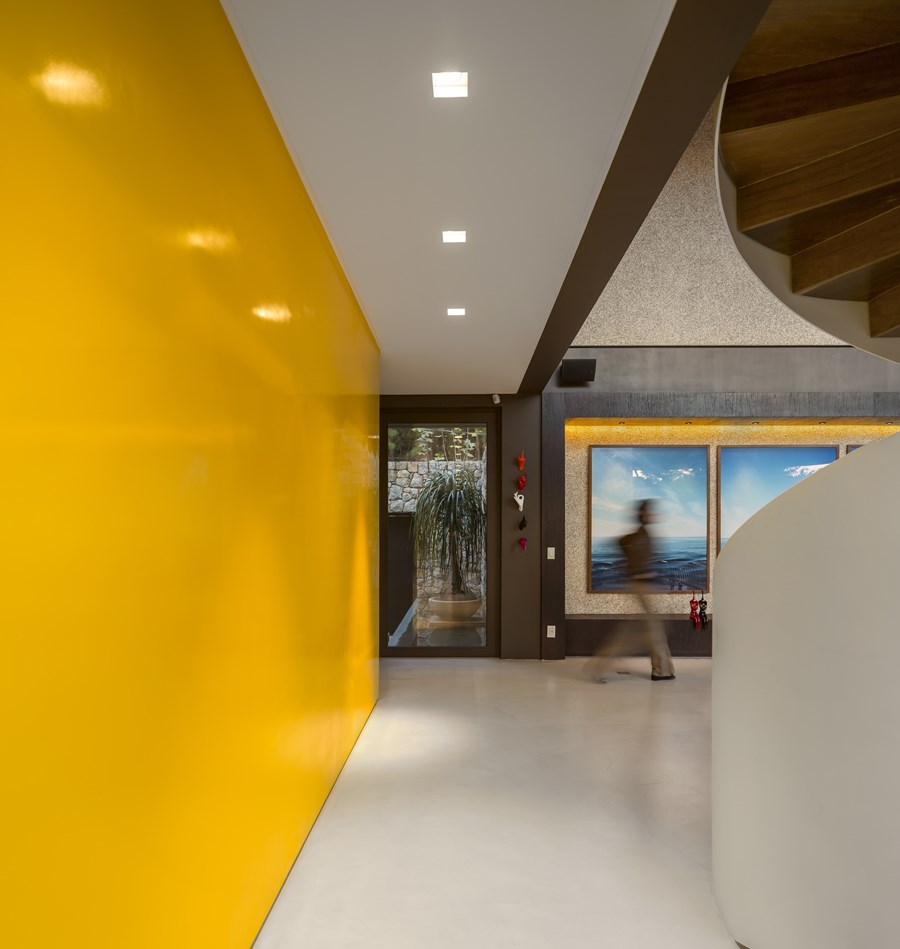 The lines of this house, built in a very steep plot in São Paulo – evoke the rationalist architecture of Mies van der Rohe. He is known, among others, for the German pavilion built in Barcelona to host the 1929 World Exhibition, which is still open at the foot of Montjuïc.
Here, as there, it is all about simple geometry. The same integration dynamic, based on extensive use of glass. The same desire for permanent mingling with the landscape and feeling close to the water. In addition to a definite attachment to the materials that are considered essential in architecture’s vocabulary: concrete and steel.
Bearing in mind the distance of almost a century, it is not surprising that the prevailing theme that joins the two buildings is transparency. The idea of opening up the house to its surrounding space to better capture the light and create spectacular views for the occupants from different points of view.
“Working at the limit between maximum transparency and the ideal level of privacy for each space was my greatest challenge”, says São Paulo-based architect Fernanda Marques, who authored the design. “There was also a need to insert the house in the plot, conserve and respect the existing trees, and, obviously, the considerable steepness to consider”, she adds.
Once the rooms were laid out, however, all the rest, according to Fernanda, was a matter of articulating the spaces well around the key elements. “At the entrance, for instance, is a water mirror that overflows by the entrance steps. The yellow wall that transverses the whole building houses the guest loo, kitchen, pantry and service stairs”, she explains. Another focal point, the spiral staircase, provides access to the mezzanine, where the media room, the fitness room and the balcony, with its fireplace, are. The lower floor is the family area, and contains a playroom and three suites. Entrance to the master suite is via a wide hallway, which opens up to the two bathrooms, his and hers – and the walk-in closet.
The living area is linked to the dining room by a glazed circulation area, which integrates a deck, infinite-border swimming-pool and lateral garden. The dining area opens up directly to the outside. So, almost entirely enclosed by glazed panels, the house seems to be immersed in the surrounding landscape.
But this does not mean the architect left out a sense of warmth that is proper to a family home. “I chose, for the interior, to create more introspective sceneries, based on indirect lighting, especially in the living-room, with its double-height ceiling – and by using warmer finishes, such as wood. After all, a house has to look like a home”.
Photographer: Fernando Guerra