The Boulevard, City Beach house is a project designed by Mark Aronson Architecture and is located in Perth Western Australia. 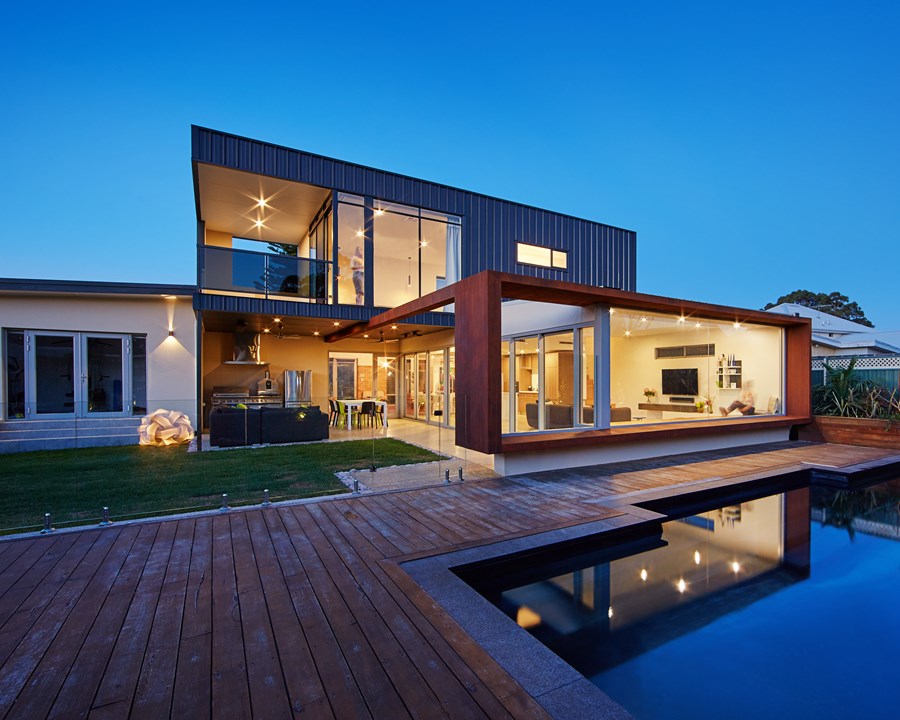 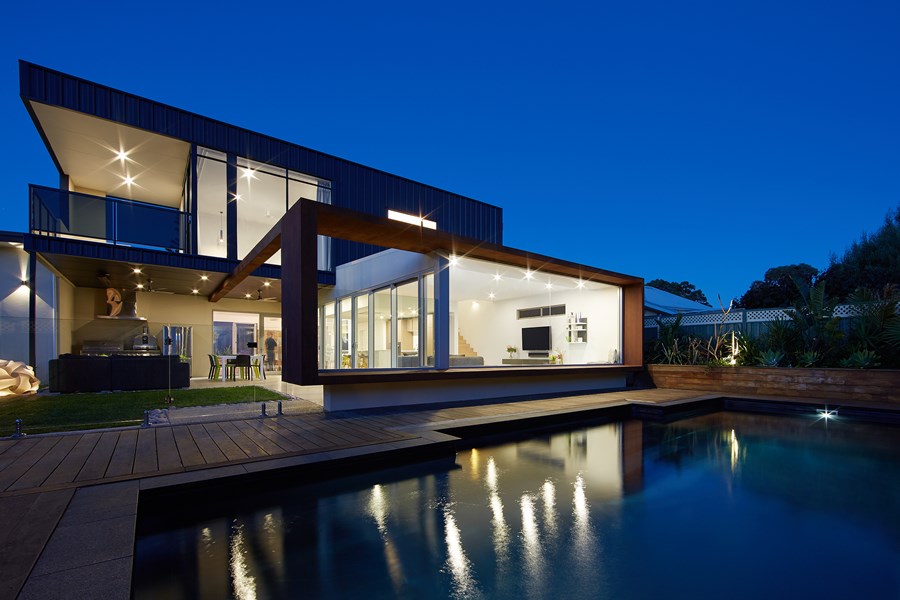 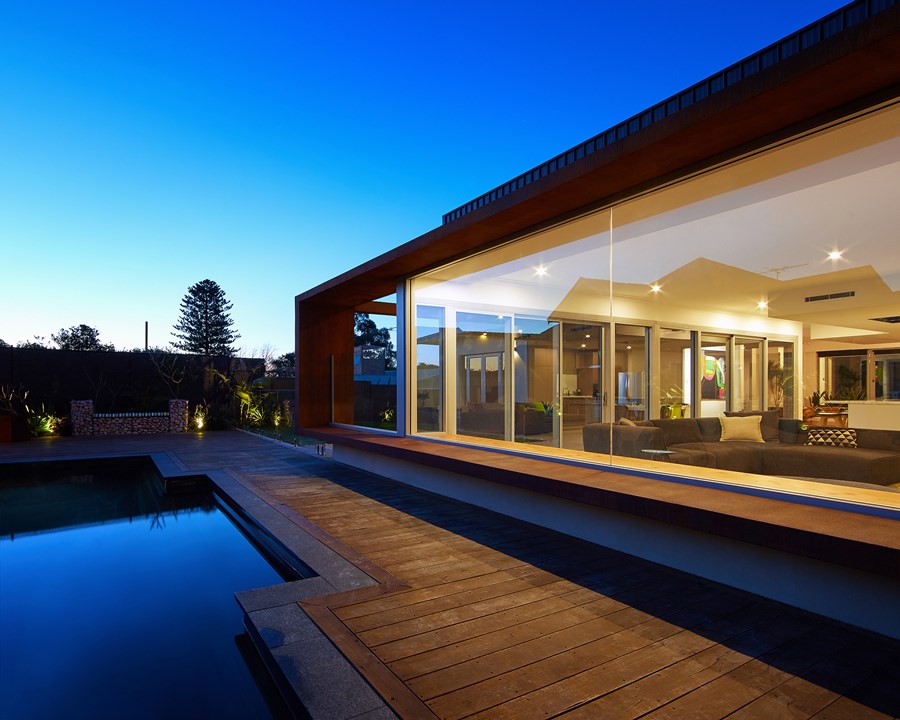 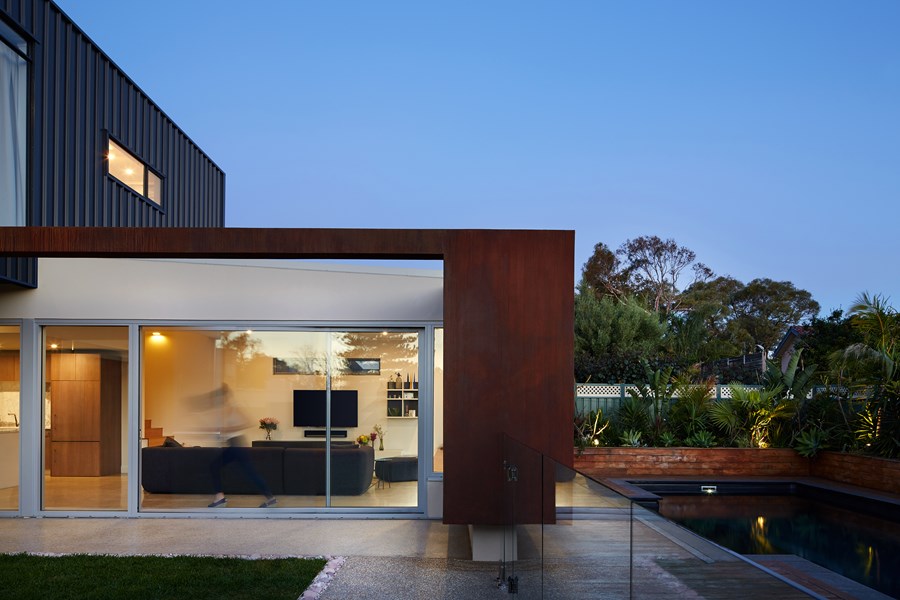 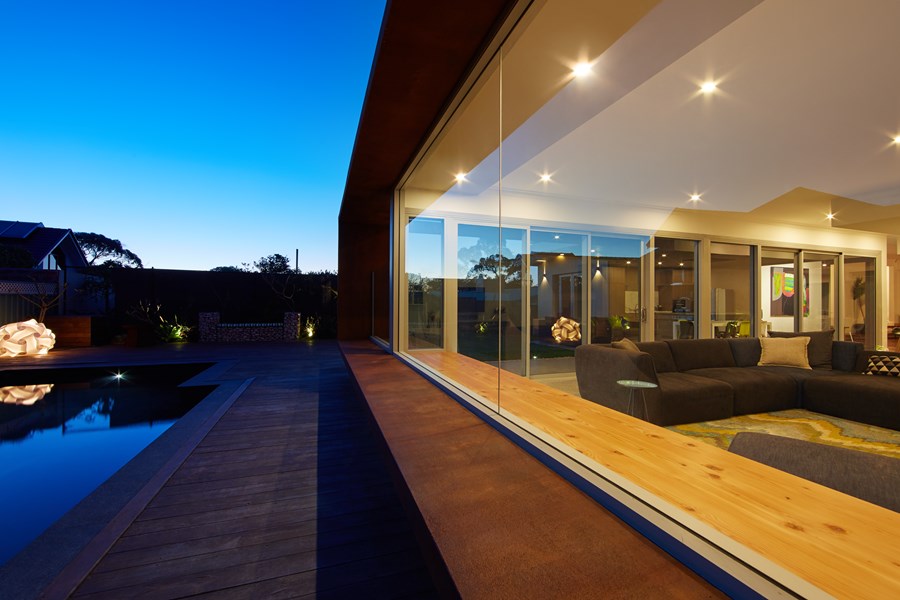 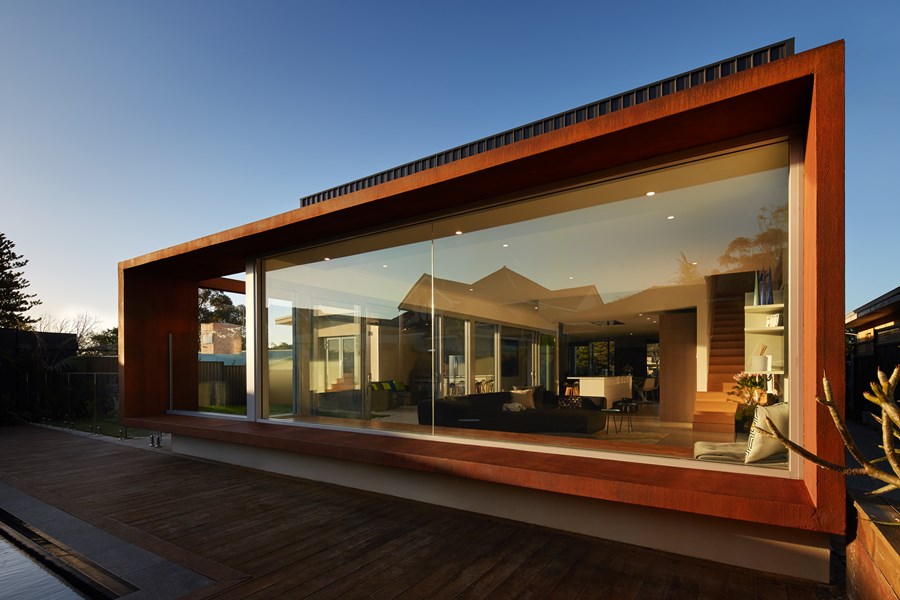 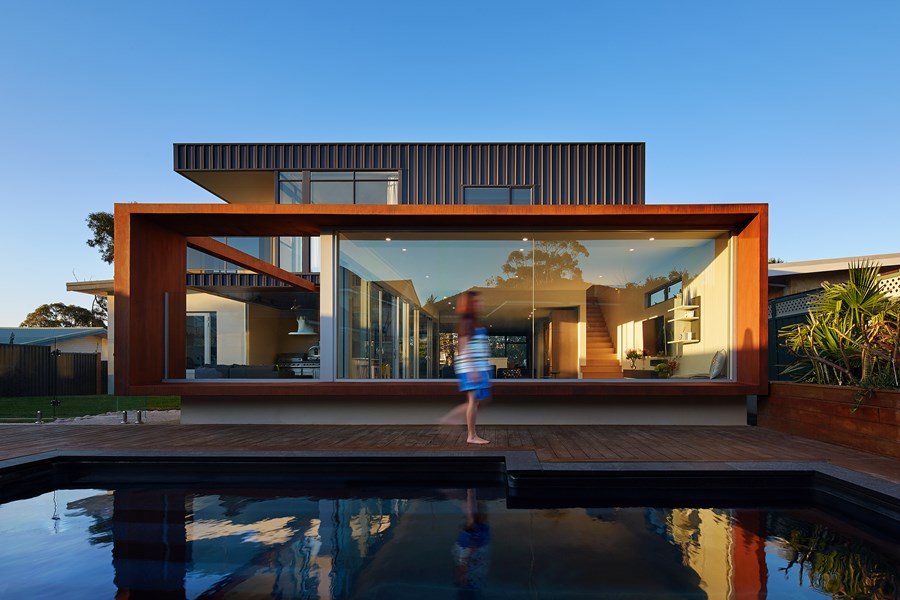 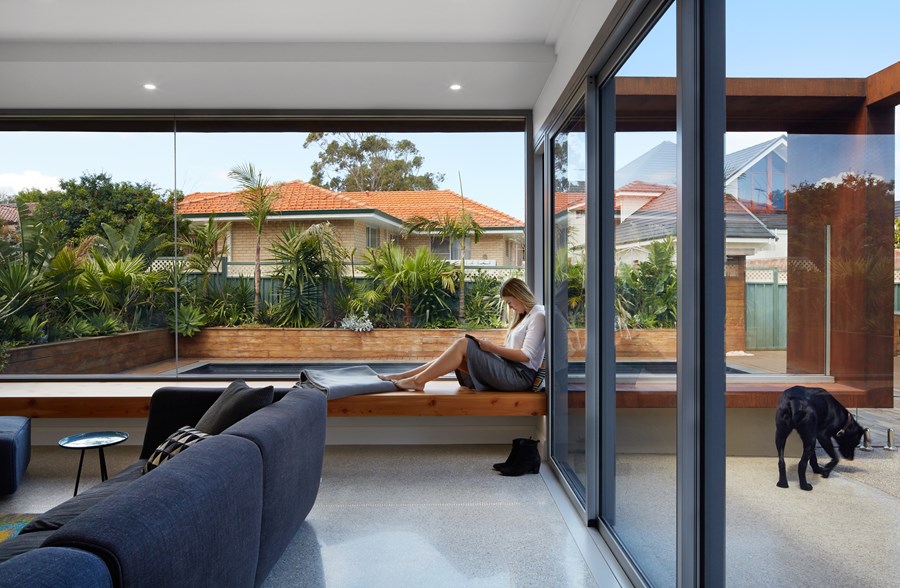 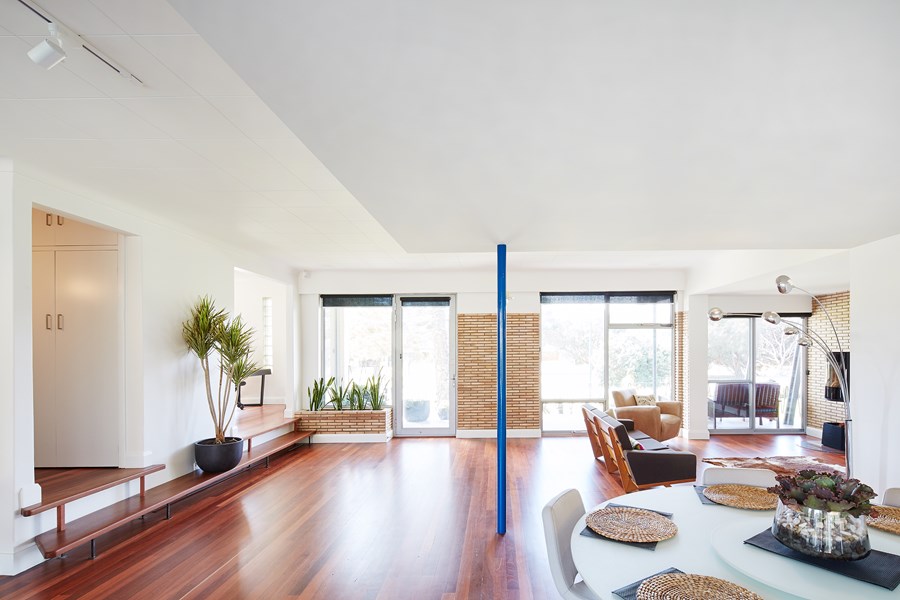 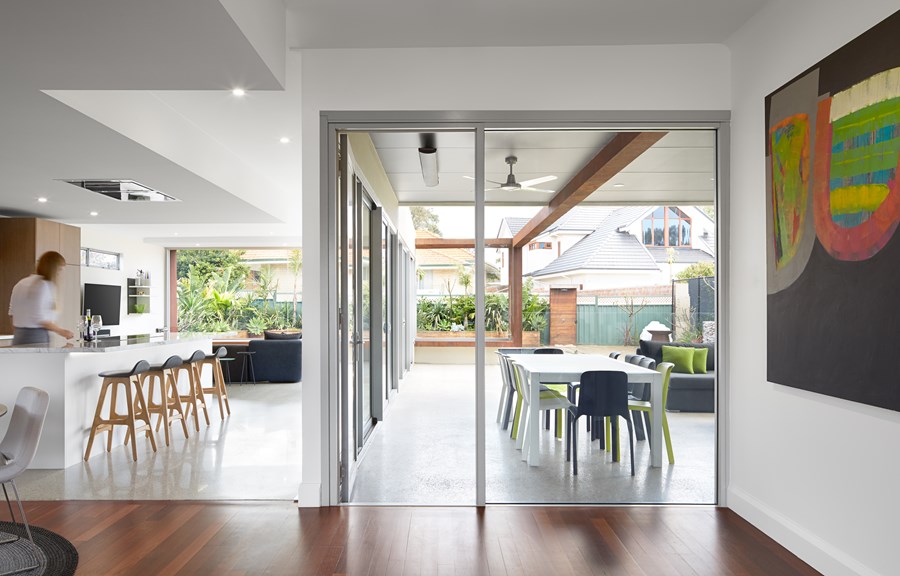 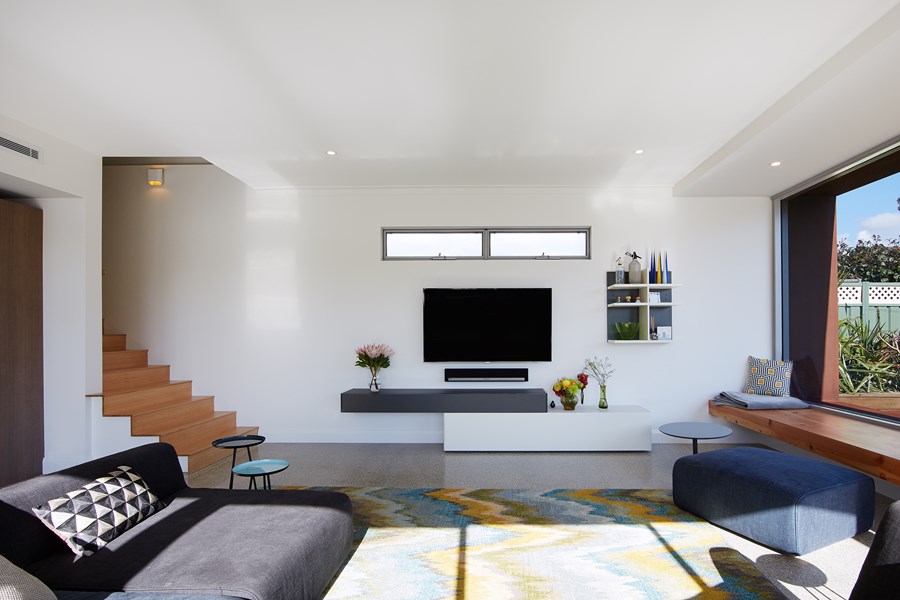 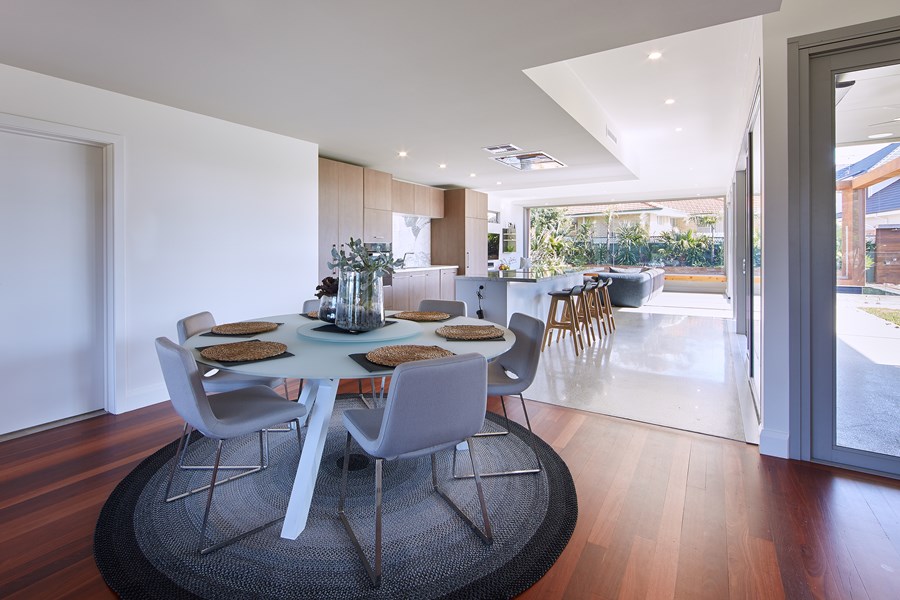 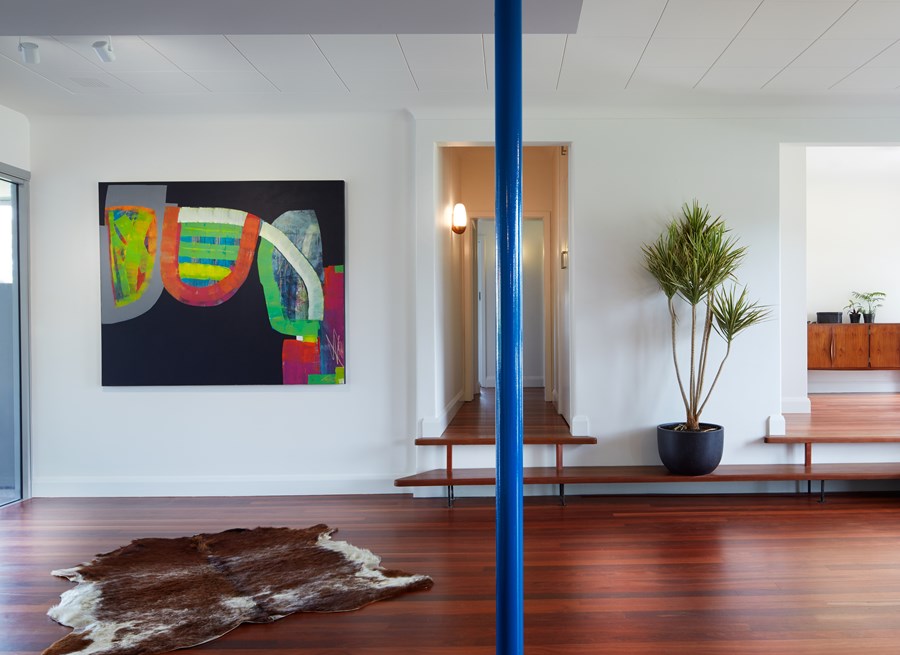 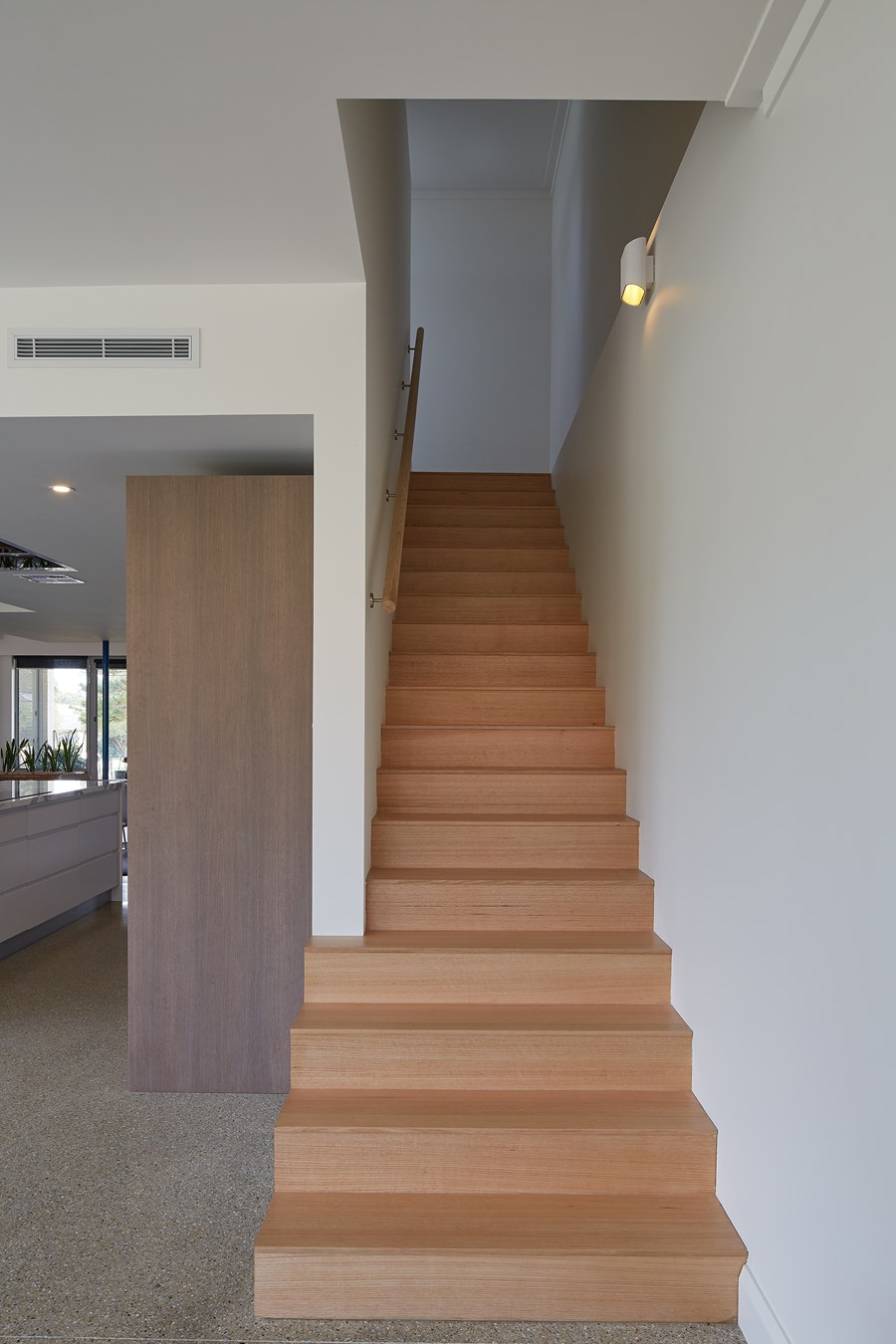 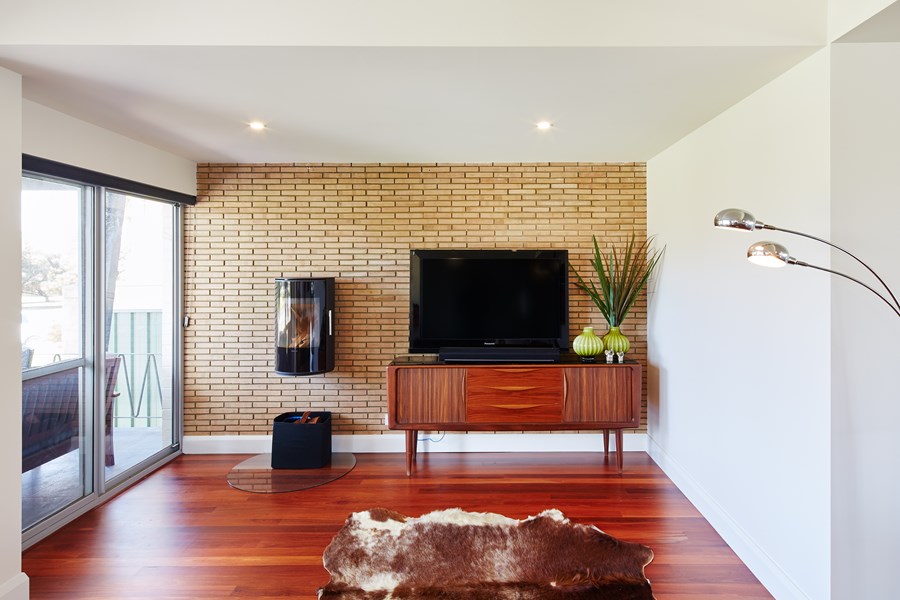 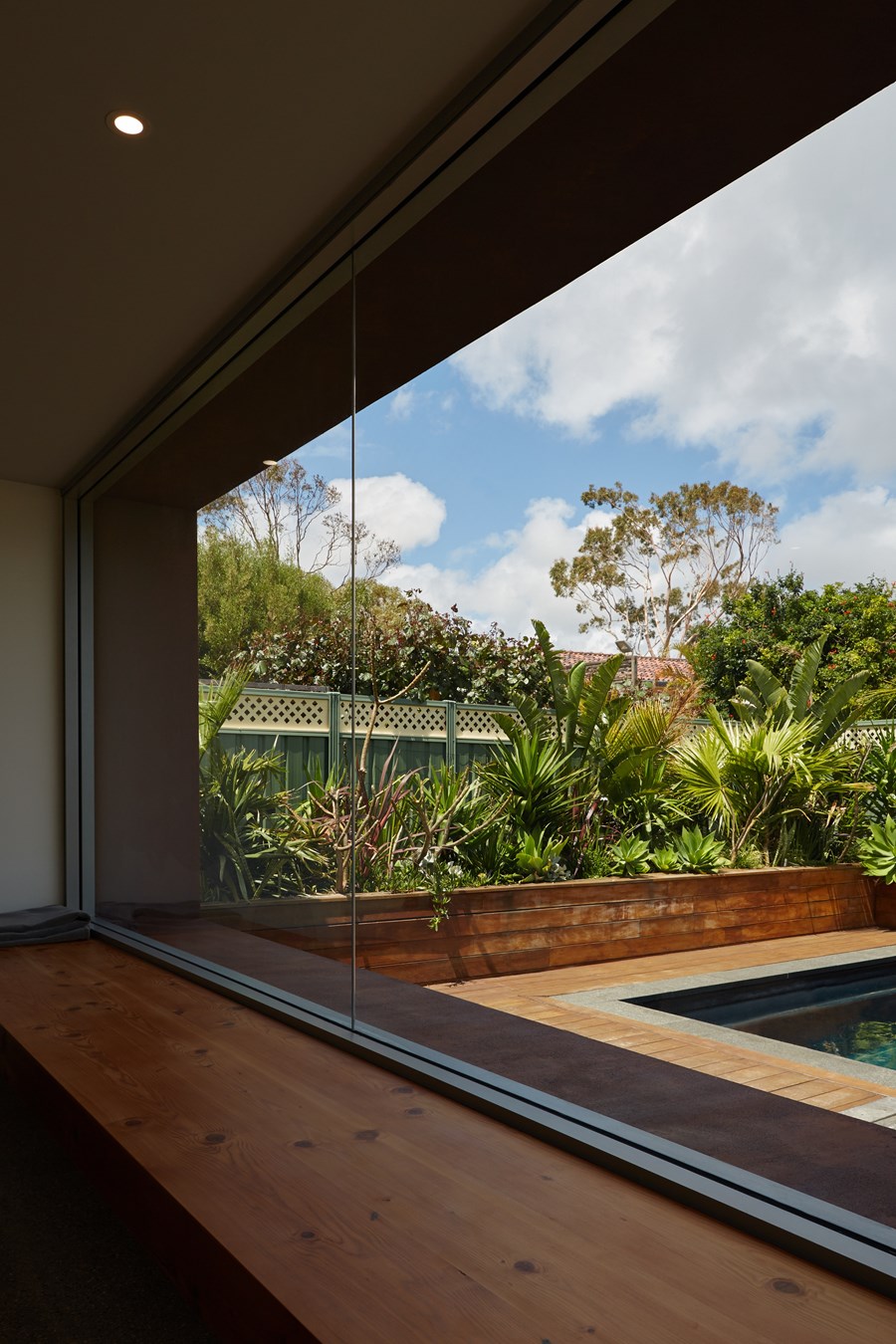 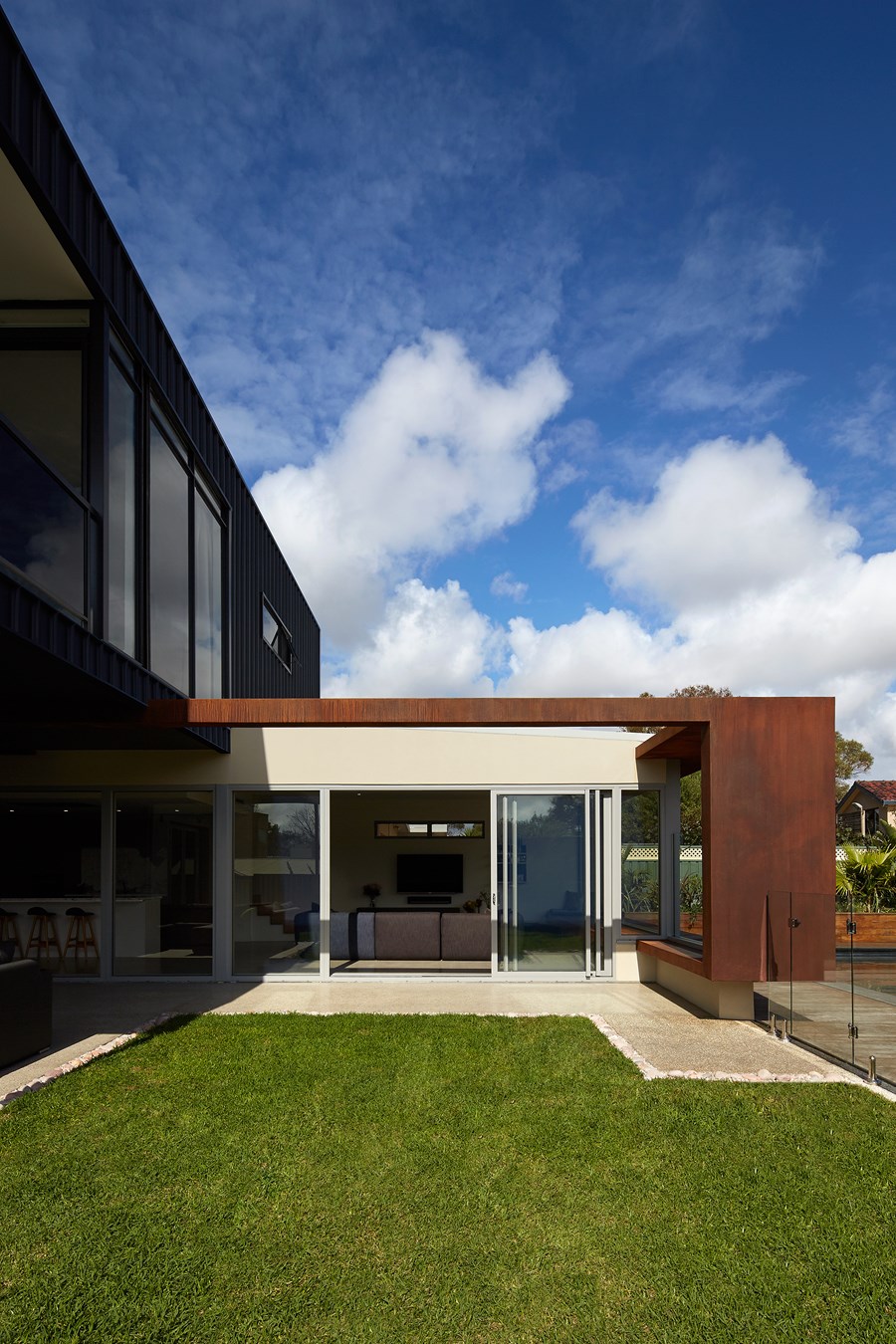 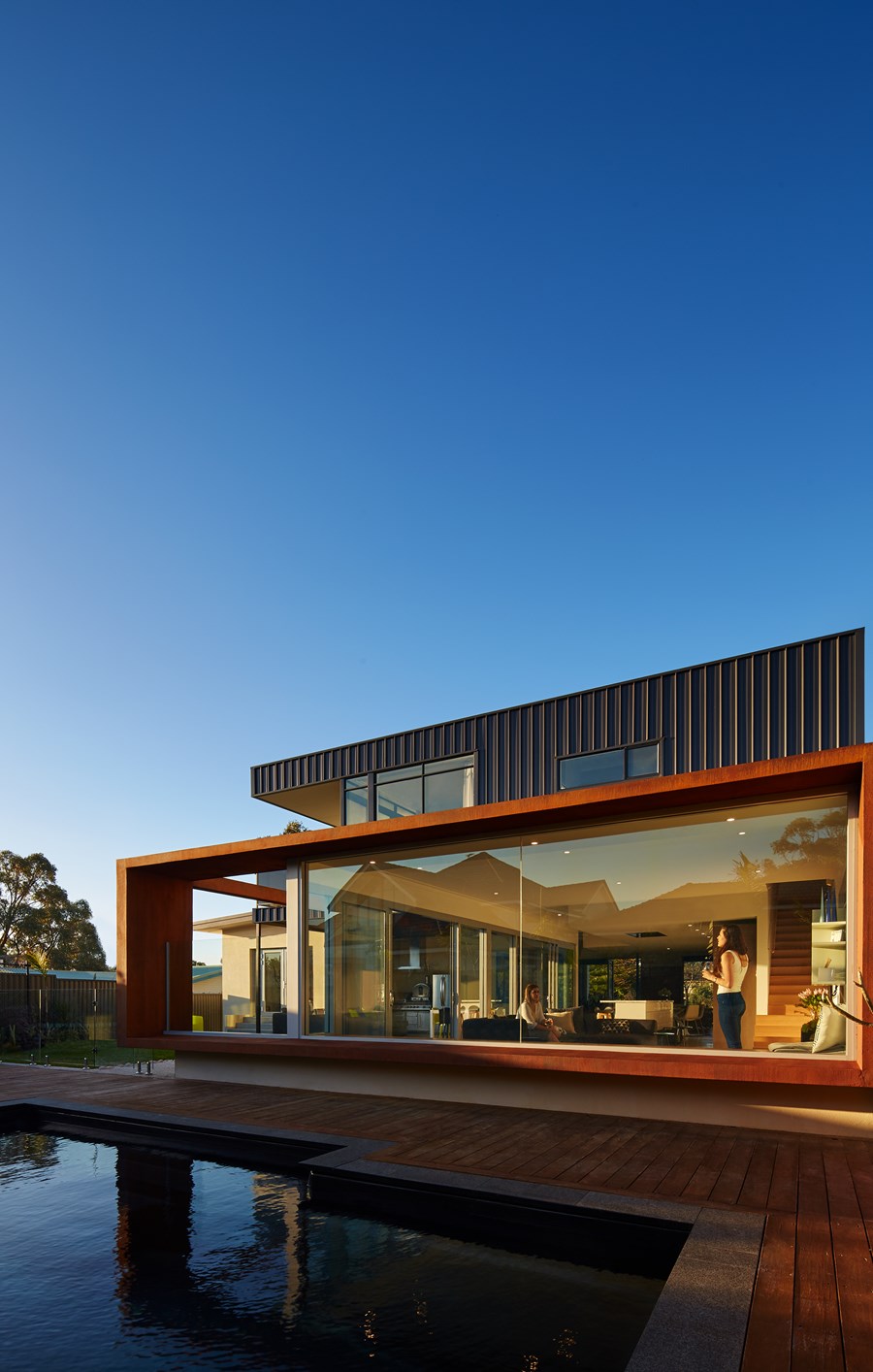 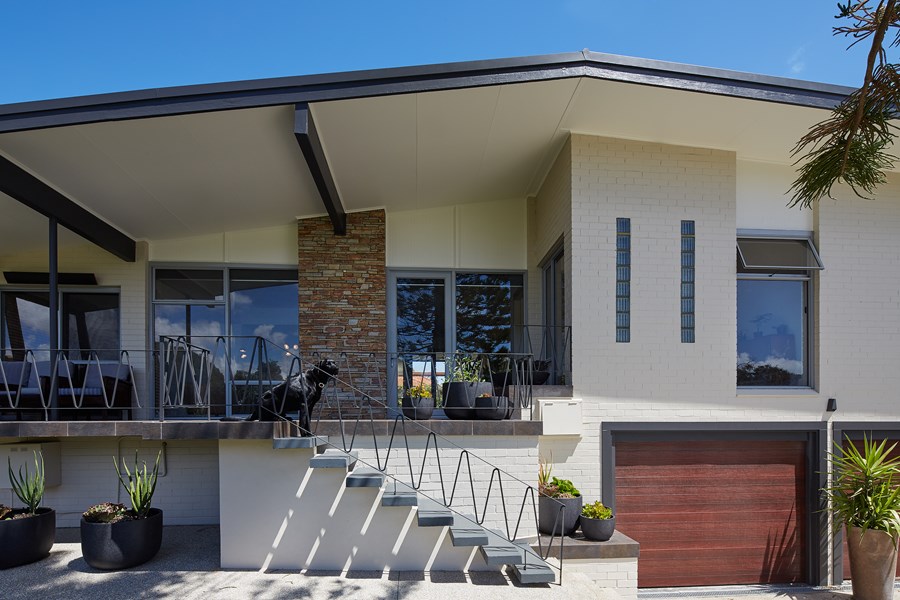 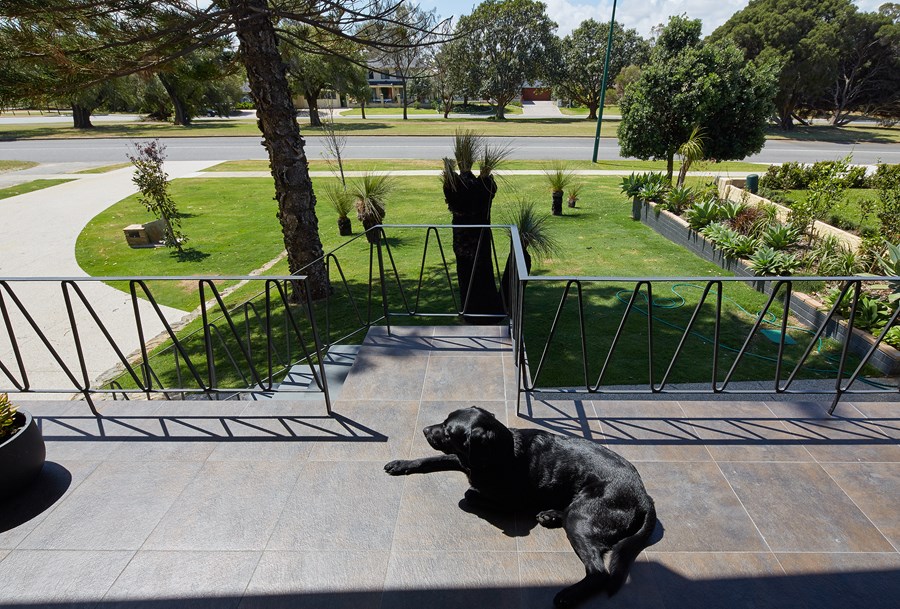 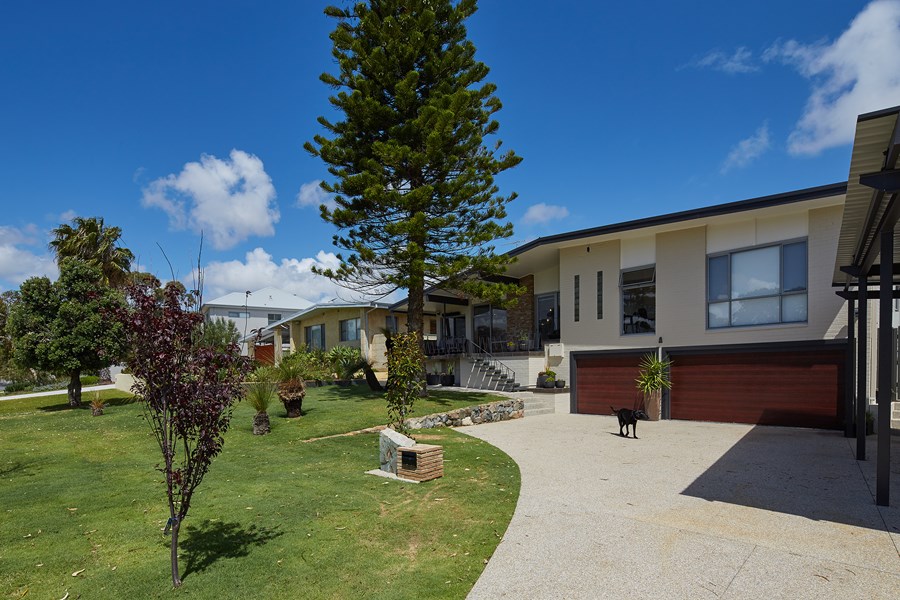 The existing City Beach house is located at The Boulevard, a tree-lined wide drive with generous grass verges that connects the Perth suburbs of Leederville and Wembley with the Indian Ocean.
The original dwelling was designed by architect GE Swallow in 1962, and is a beautifully intact example of early 60’s West Australian modernist Architecture. It comprises a low-pitched metal roof, with Donnybrook Stone and painted brickwork to the façade, whilst internally Jarrah floorboards and slim natural brickwork are expressed.
Located on a sloping site, the original building is split level with a double garage off the street and steps to a raised North-facing Verandah. The `site is on a North-South alignment and is protected from the worst of the strong southwesterly gusts from the ocean, being a distance of 1000m away to the beach and sheltered via adjacent trees.
The clients, a young and design conscious professional couple, wished to extend their house into the garden to make better use of their private outdoor living space, and maximise the indoor/ outdoor lifestyle.
The existing condition of the house incorporated a renovated kitchen, which was located across the back wall of the house. This element did not retain any original features of the 1960’s house, but formed a visual barrier between the living spaces and garden.
The owners had recently built a swimming pool and wished to make more of this.

The concept was to extrude the existing living space out and into the garden. This alignment took the form of a new axis at right-angles to the original house, a narrow, glazed single-storey addition that faced South and West and allowed for a more efficient use of space and corresponded to the constraints of the Lot dimensions.The concept to connect the pool with the living spaces arrived at a large South-facing glazed opening terminating in a framed view to the pool and garden beyond. The picture frame window also serves as outside/inside window seats.
The existing front door to the original house was relocated to create a clear, legible link connecting the front and back of the building. The picture frame extends across this alfresco to enclose the opening, as an extended piece of structure that terminates in the key view to the pool. The kitchen became a linear space separating the old house with the living/ dining areas and opening out into the alfresco entertainment and barbeque area.
The exterior and interior of the house was carefully refurbished to reinstate the modernist dwelling,respectfully retaining the integrity of the old house.
The transition between existing and new surfaces was controlled – polished concrete of the addition meets with Jarrah floorboards abutting along a simple steel edge.

A call came through from the client after one weekend, advising that they had been on the roof and that there were some fantastic views from this height, including ocean views. An upper storeywas investigated. The best approach was felt to design new accommodation at 90 degrees to the Ground Floor addition, as this would pick up the blue of the Ocean from above the rooftops. The approach was to align this pop-up along the edge of the original building so as to minimize structural connections through existing fabric. This proposal also had the advantage of creating shelter to the alfresco below.
The exposure of the site warranted materials that were robust and would require only limited ongoing maintenance over time. As such the upper storey addition was clad in metal Colorbond metal sheeting, whilst the architectural picture-frame was realized in an oxidized metal paint over Fibre-cement sheet. All new structural elements were fabricated in steel as this provided the optimum flexibility to work with existing construction and allow straightforward assembly where there was limited site access and no cranage.
The glazing to the picture frame was realized in two pieces of single glazed glass, which performed well thermally due to the south-facing orientation coupled with deep overhangs to the frame.
Photography by Douglas Mark Black