Jose Anand house is a project designed by Designpro Architects, covers an area of 5200 square feet and is located in Nagercoil, India. 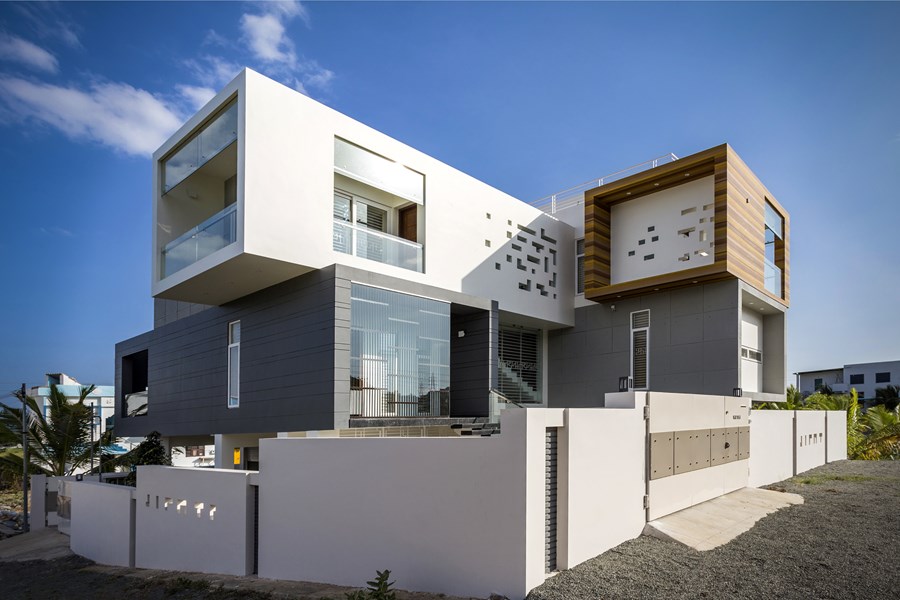 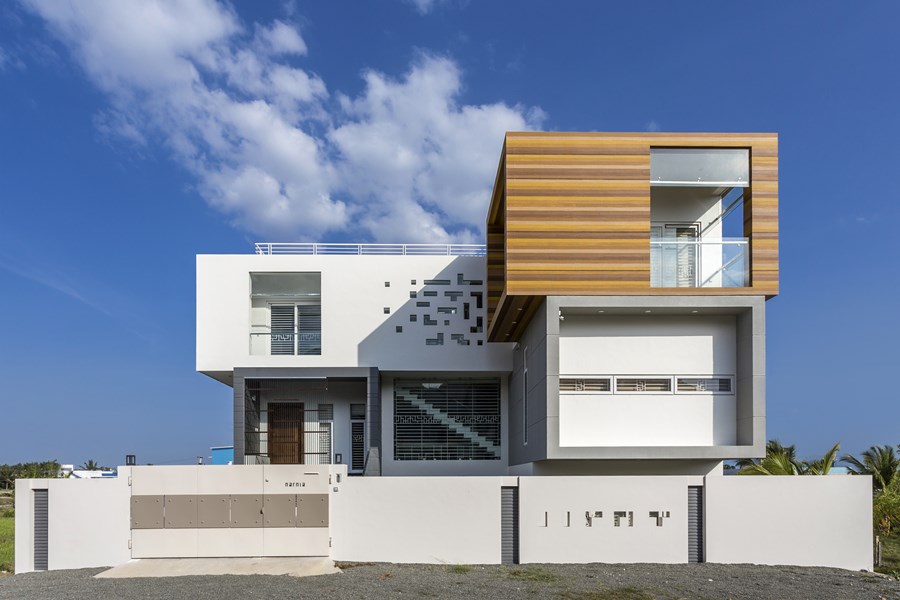 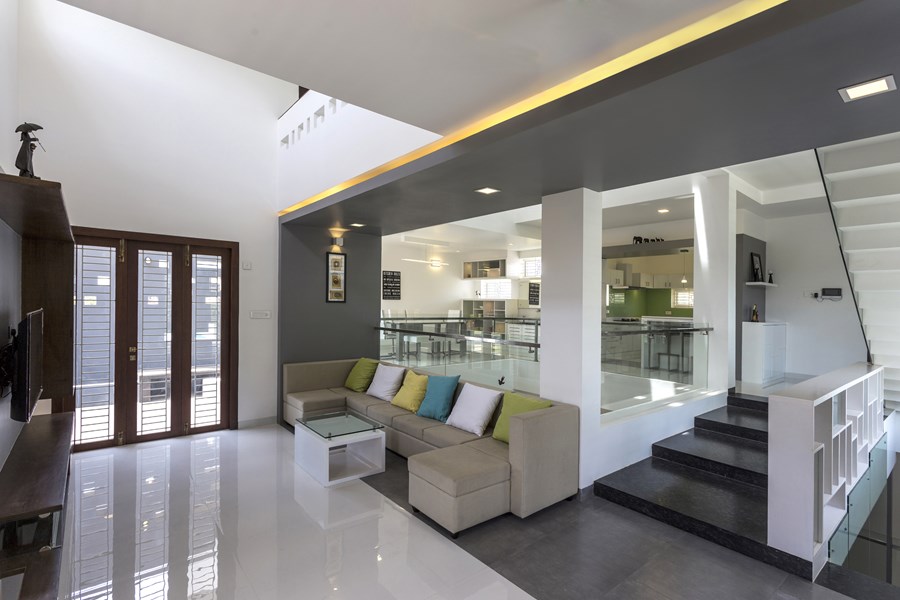 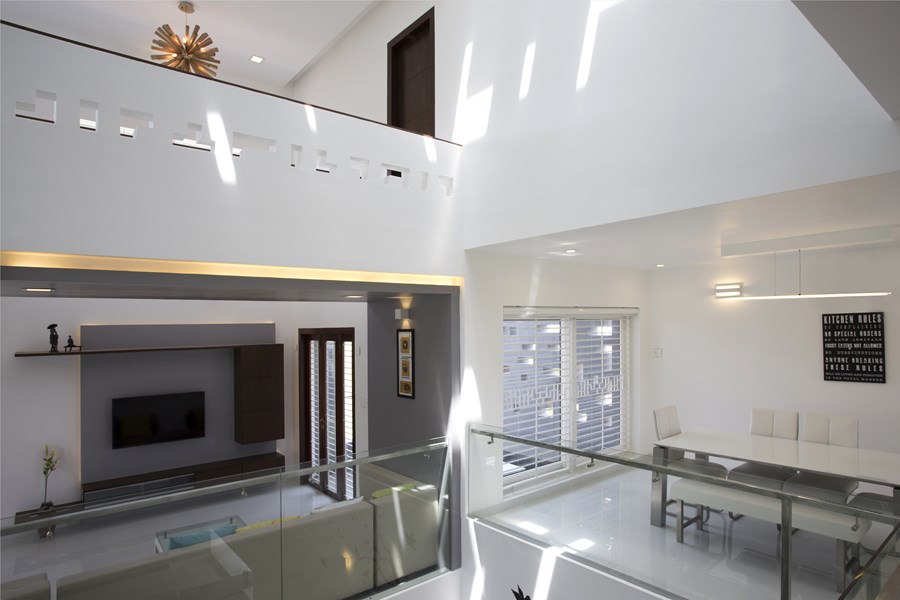 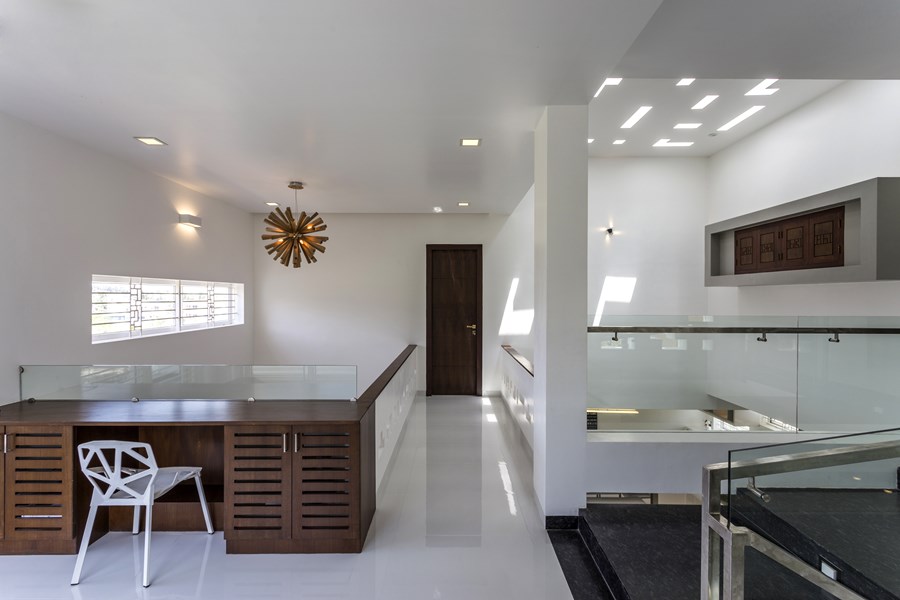 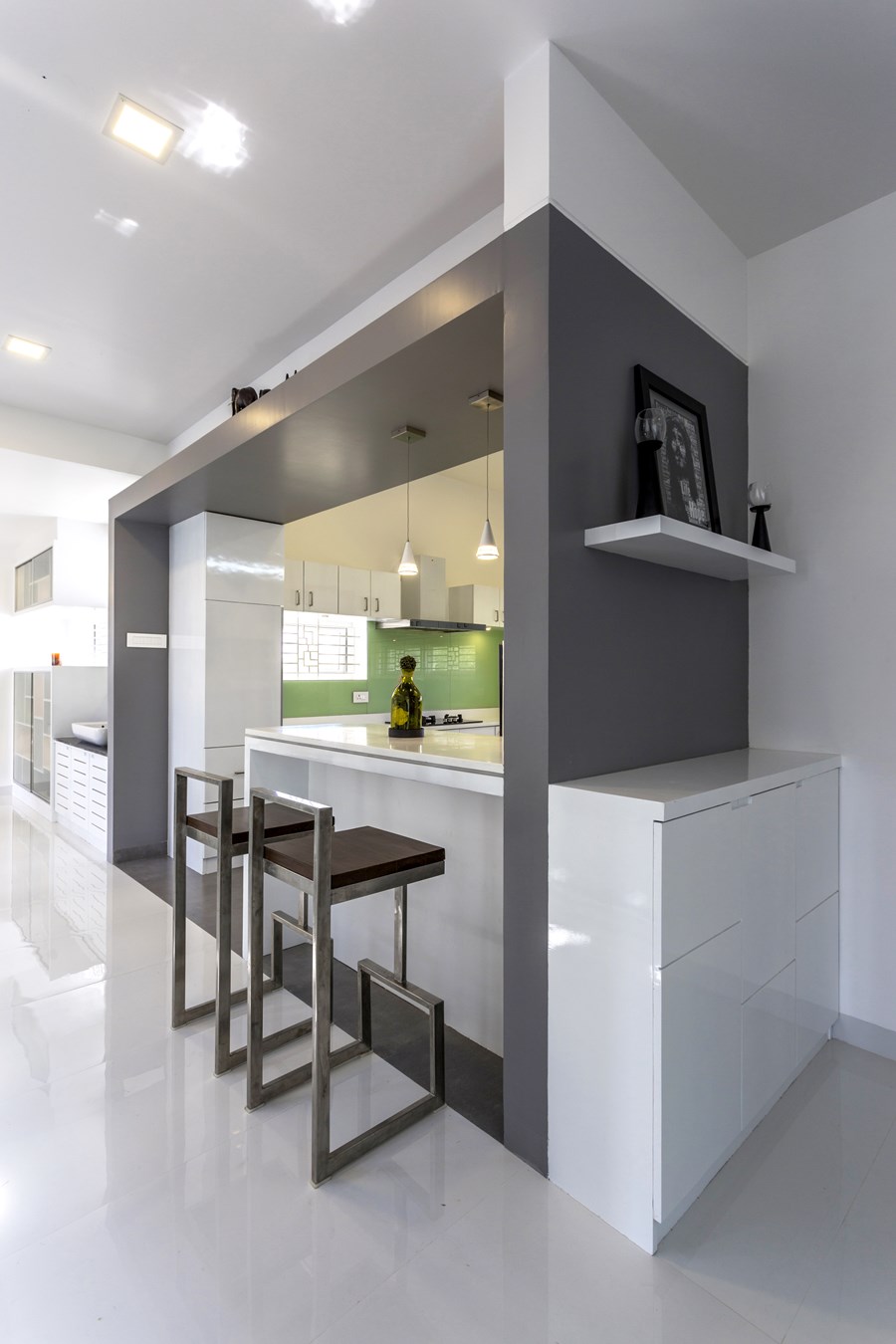 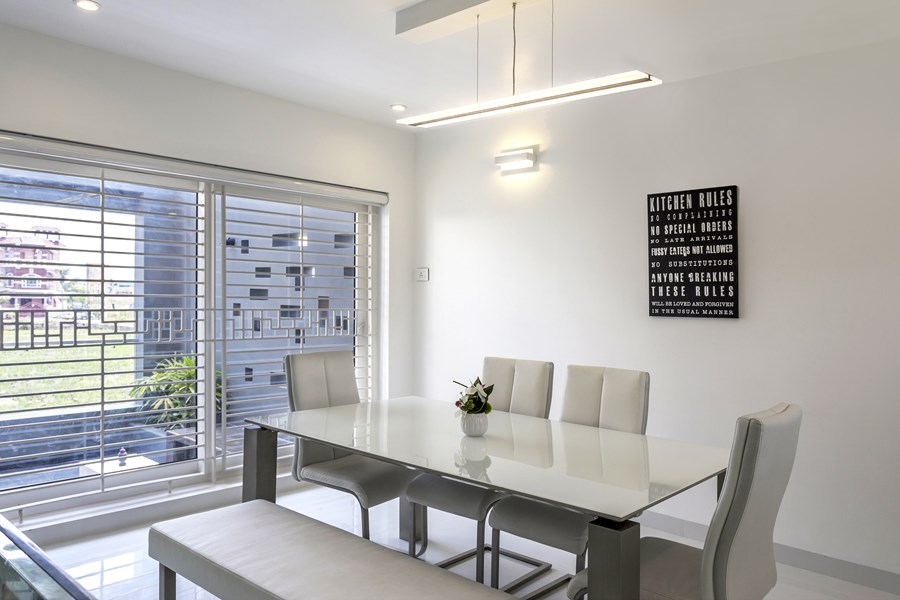 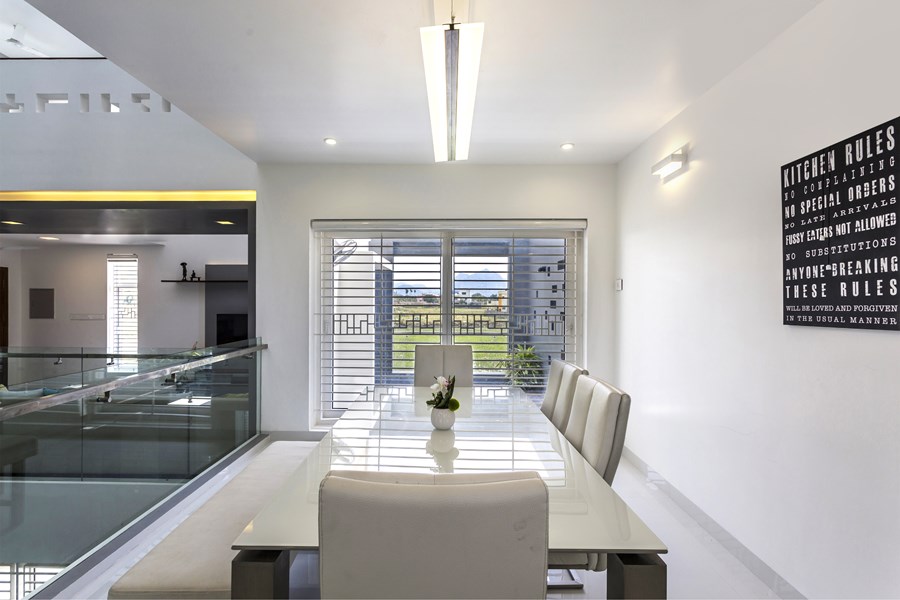 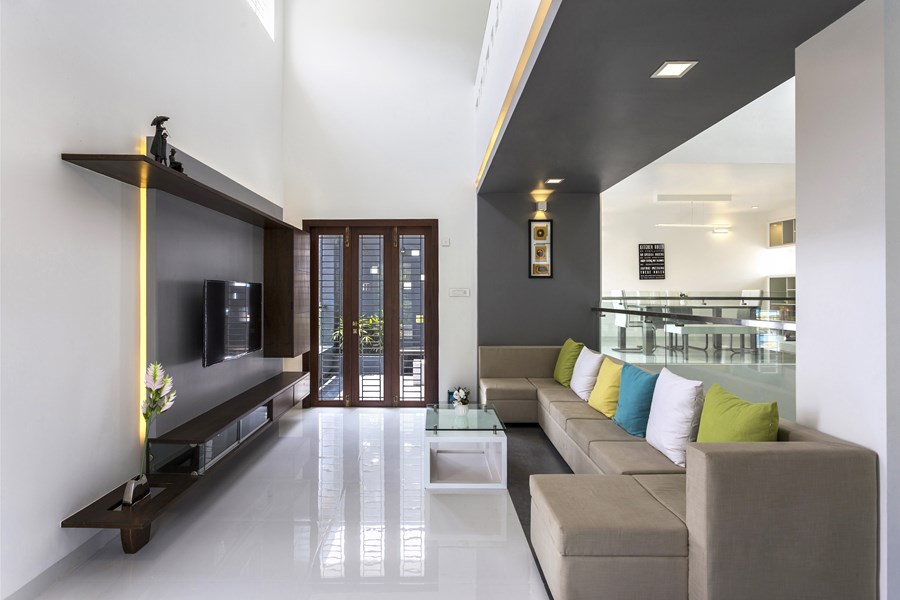 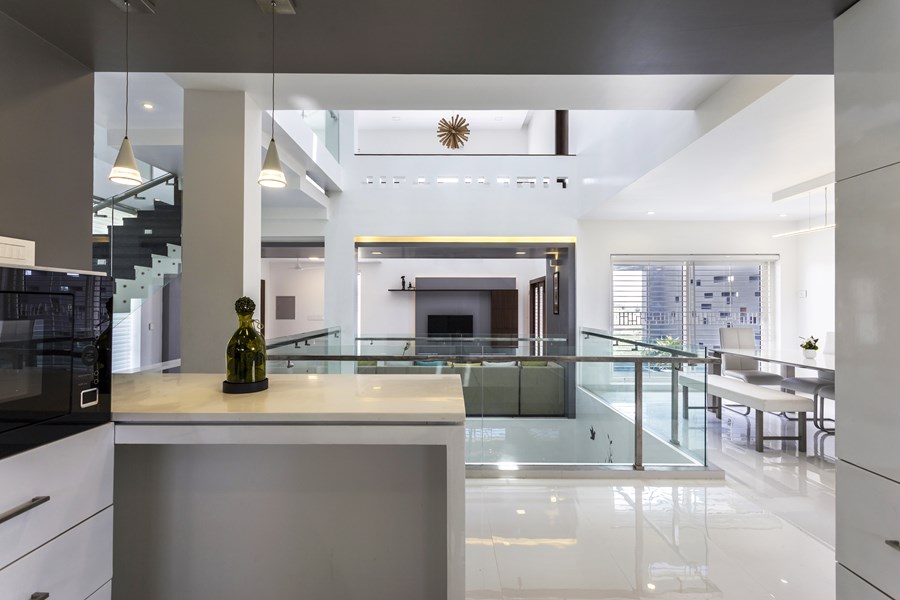 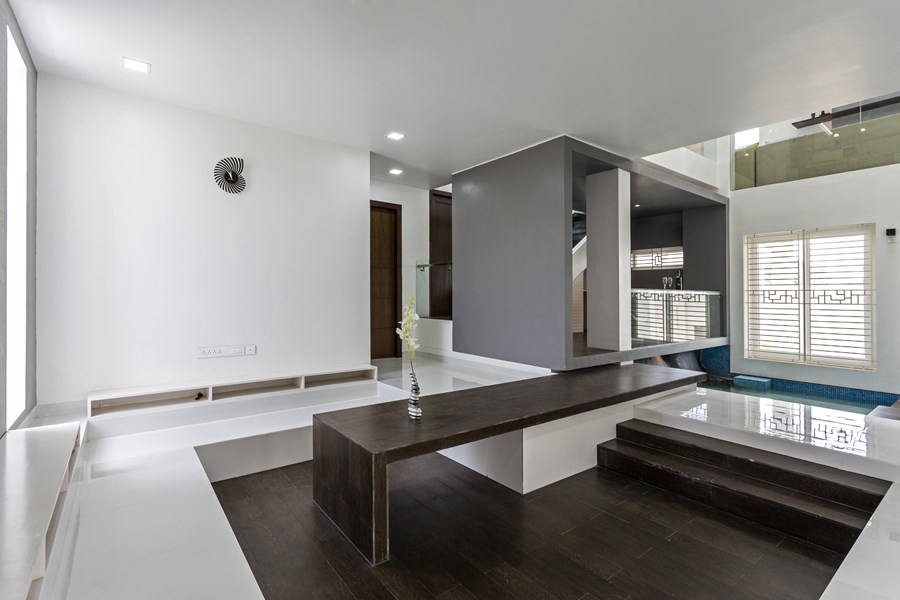 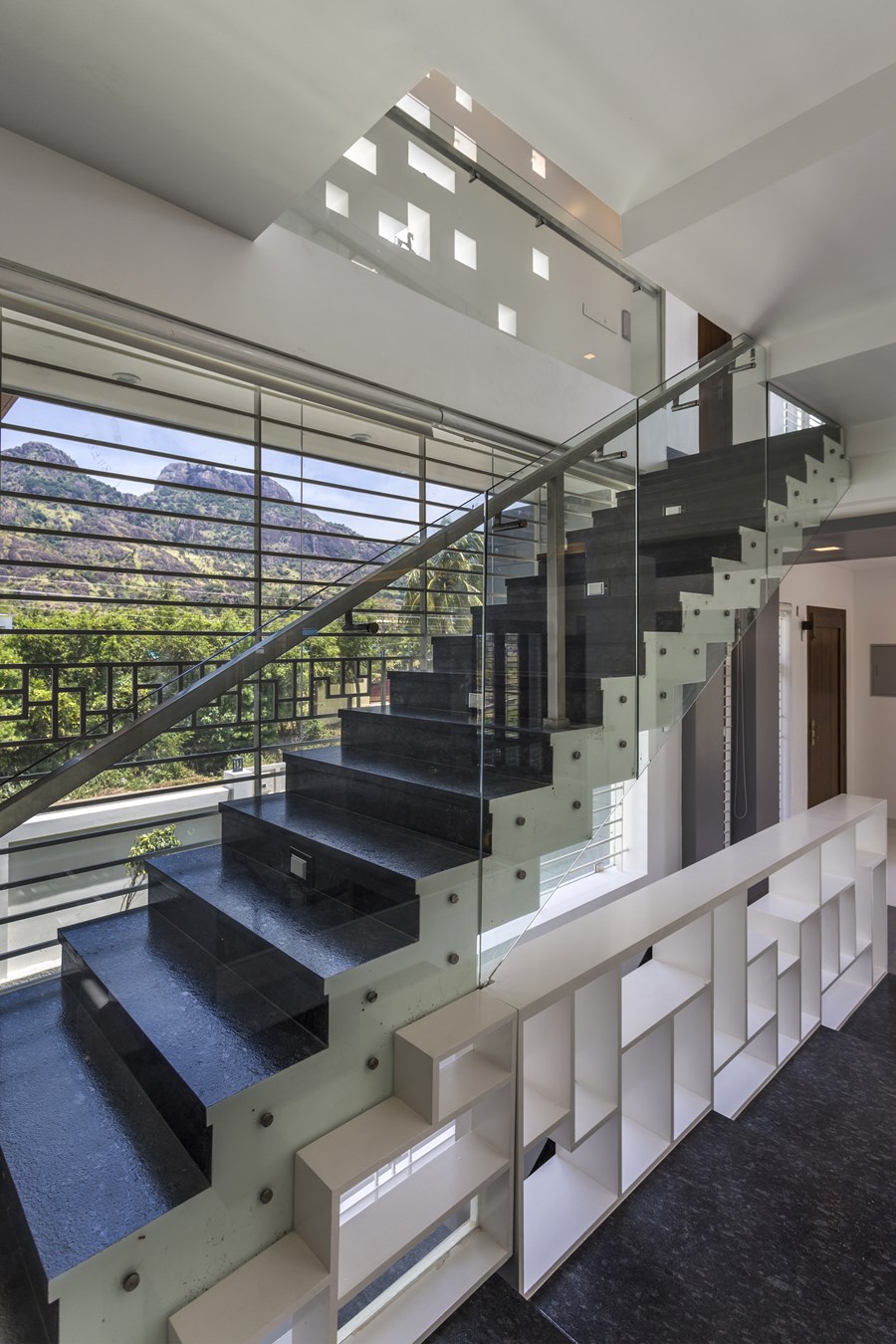 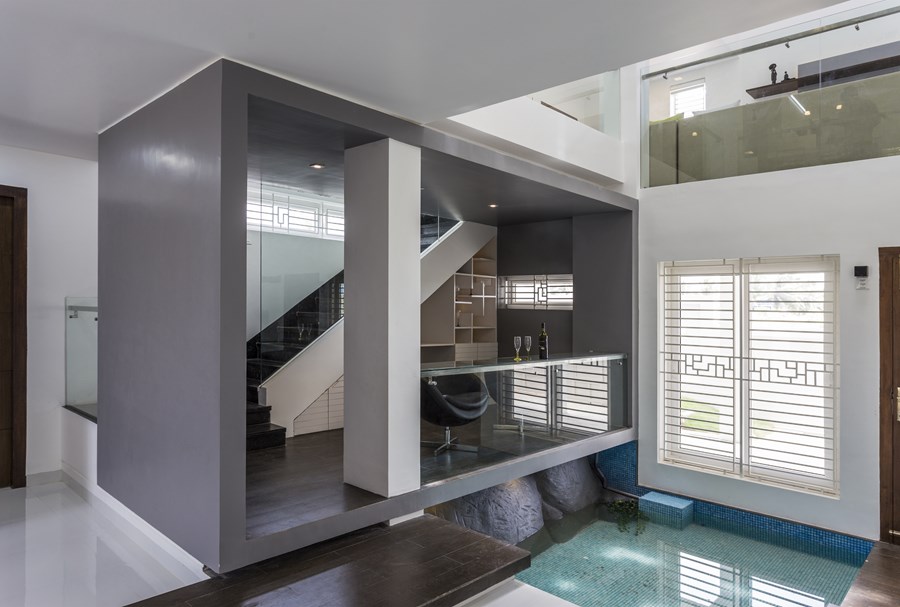 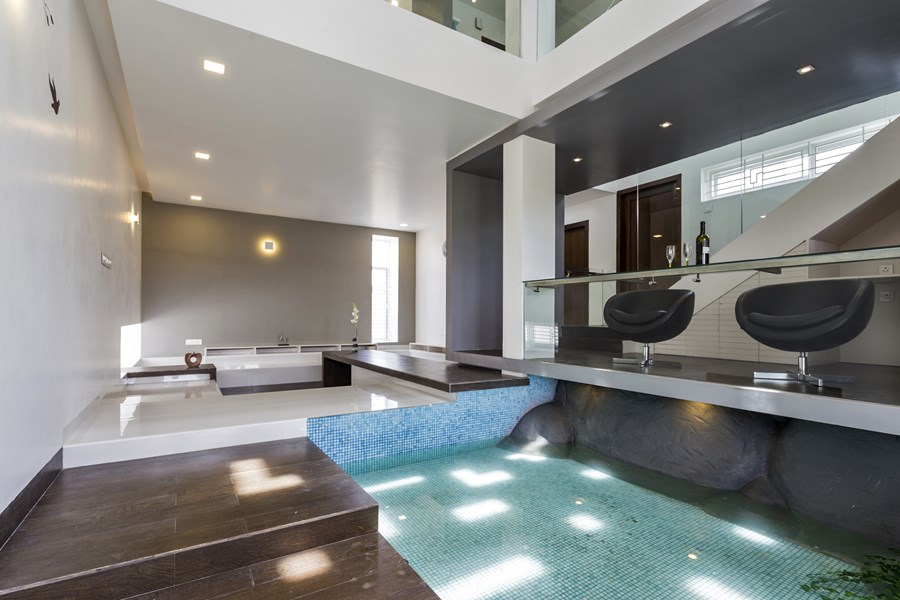 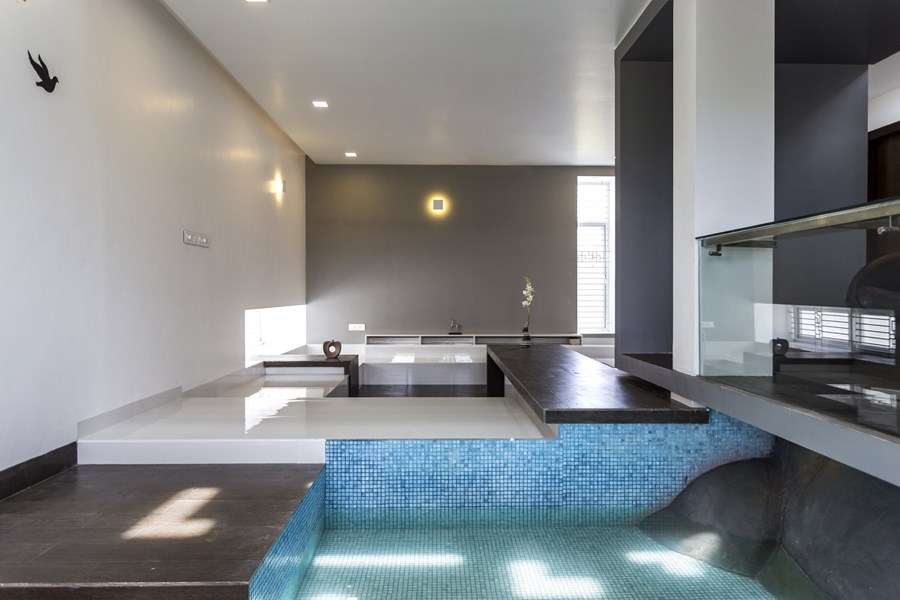 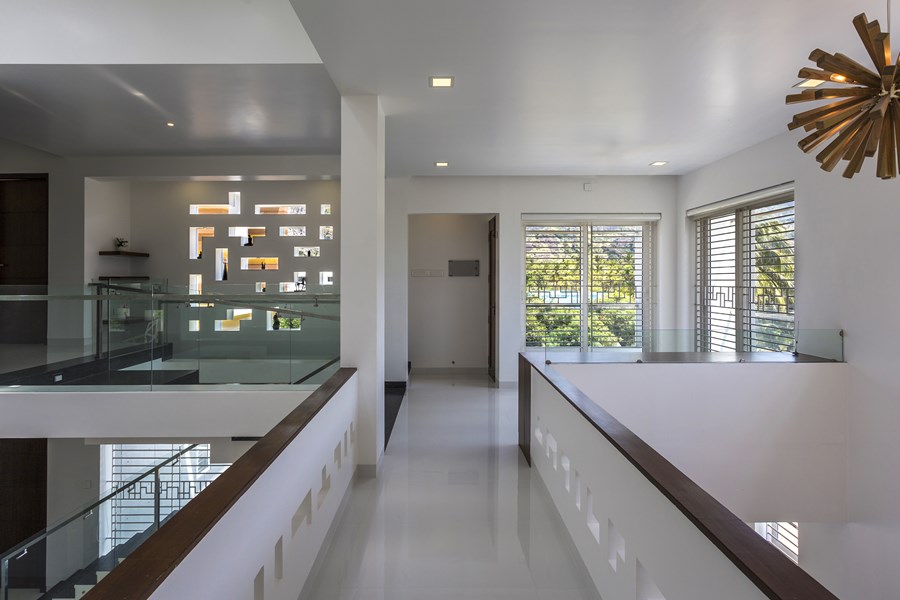 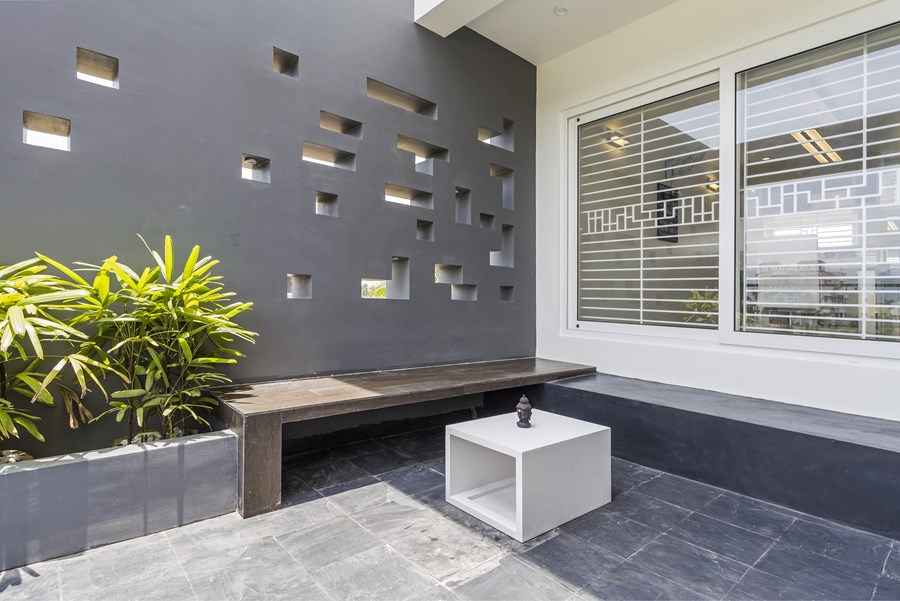 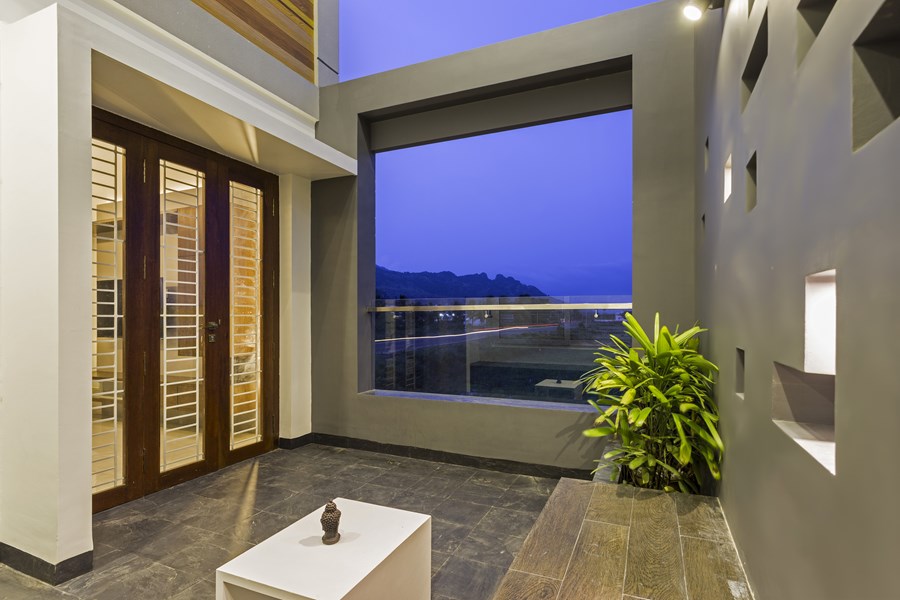 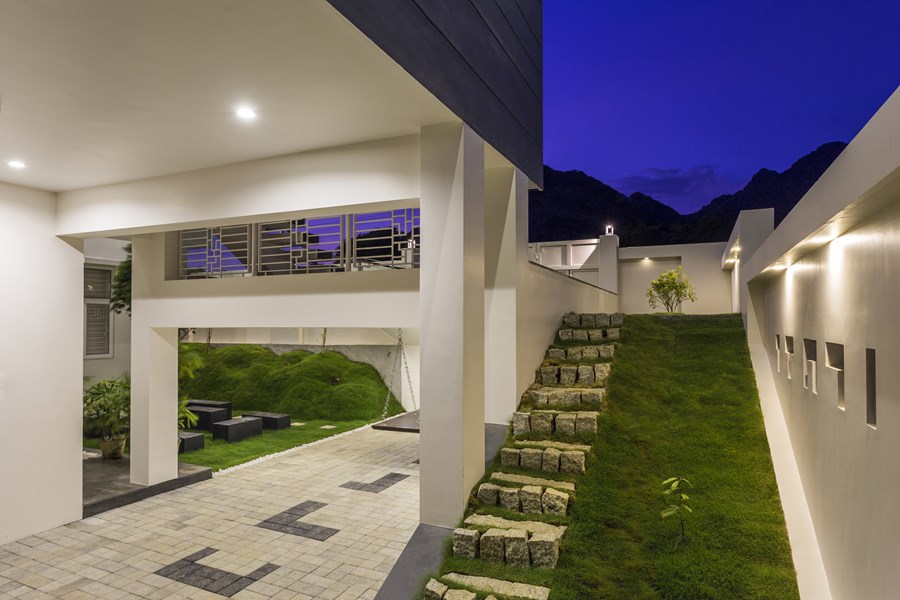 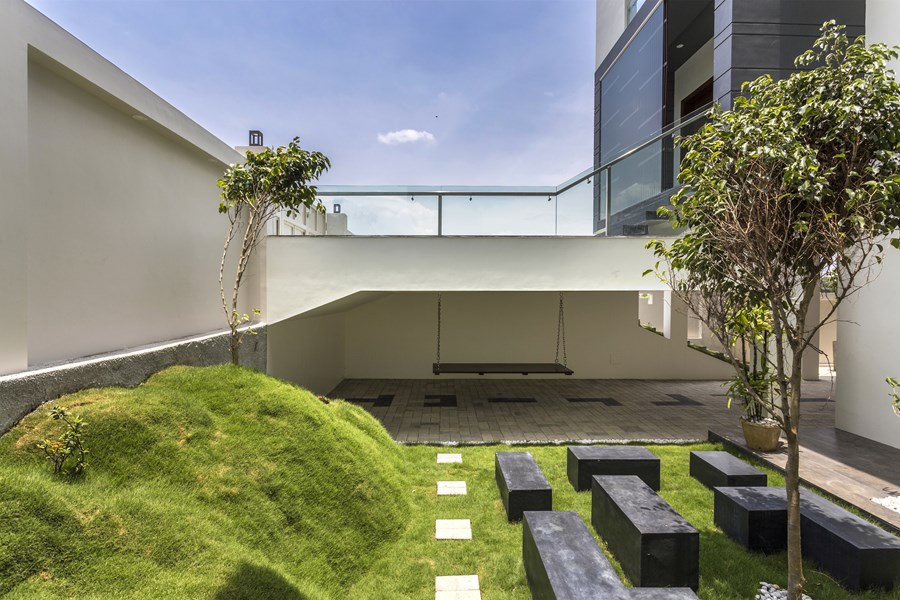 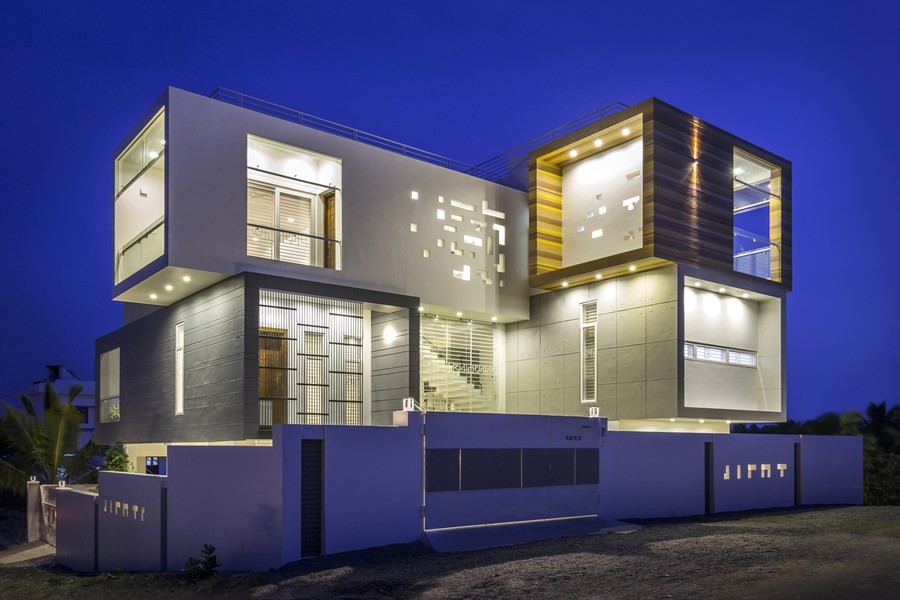 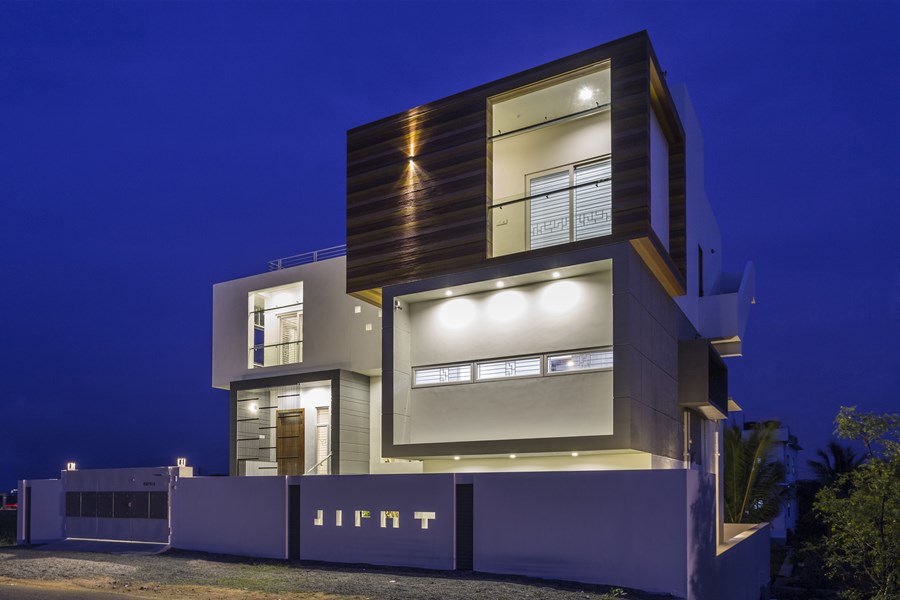 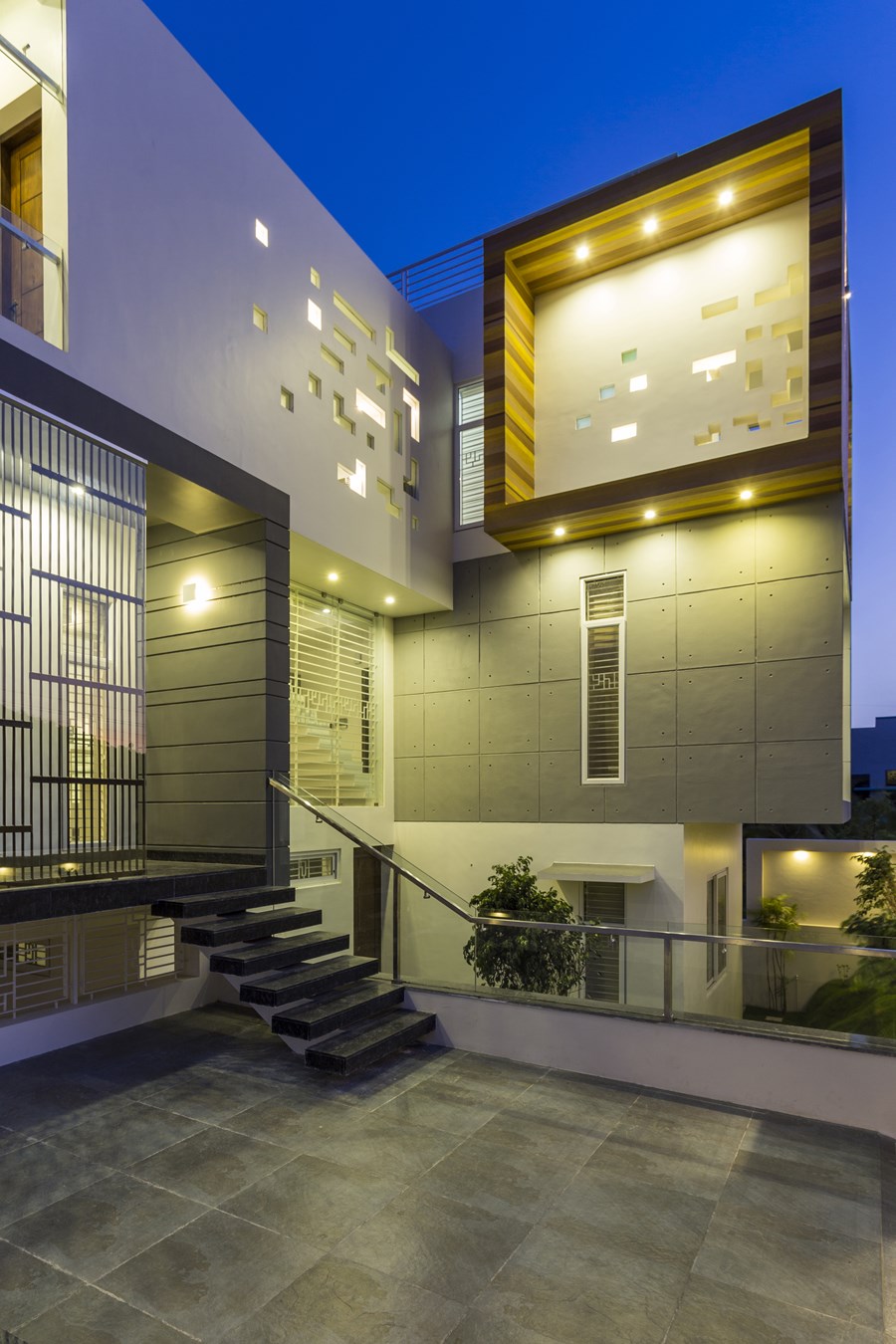 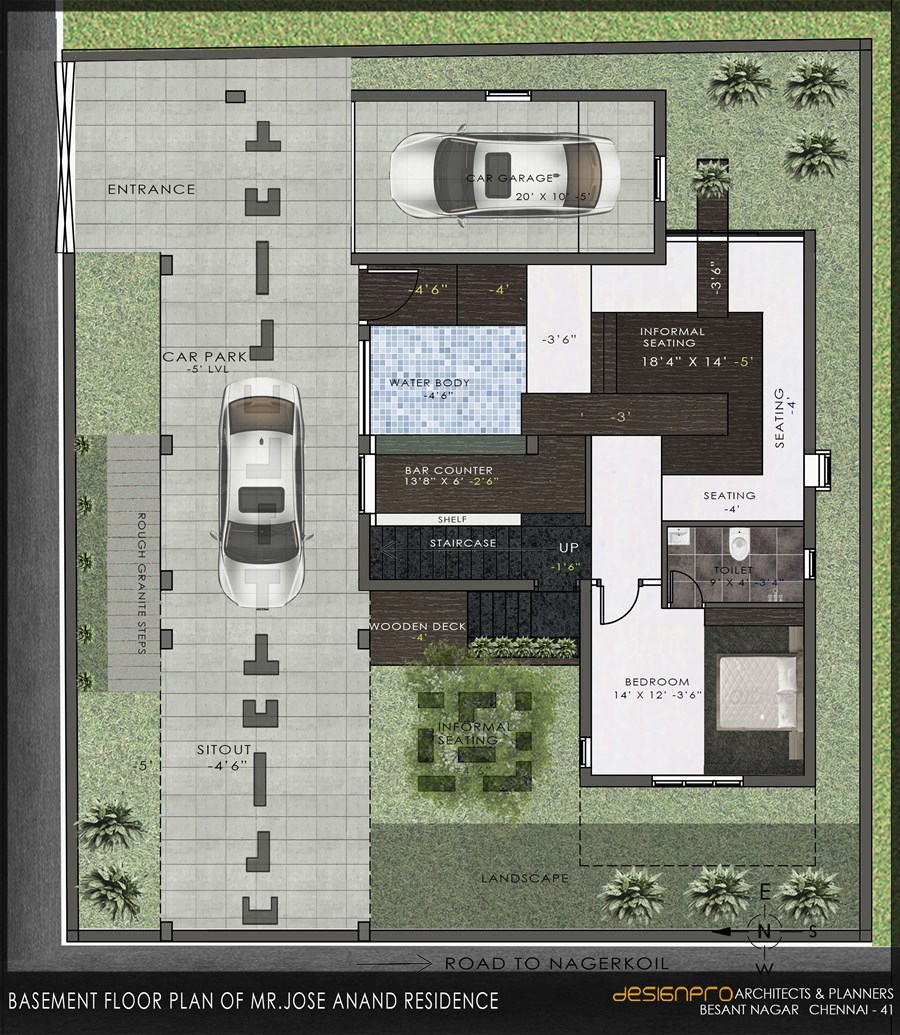 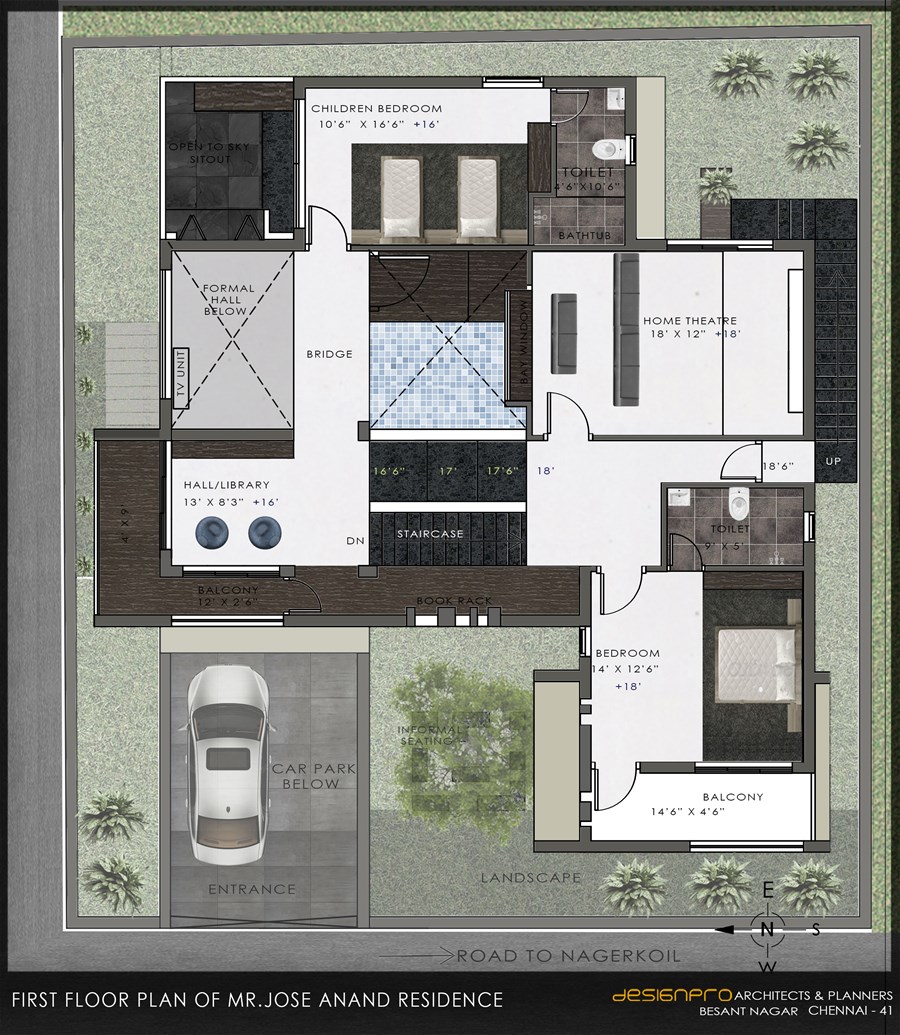 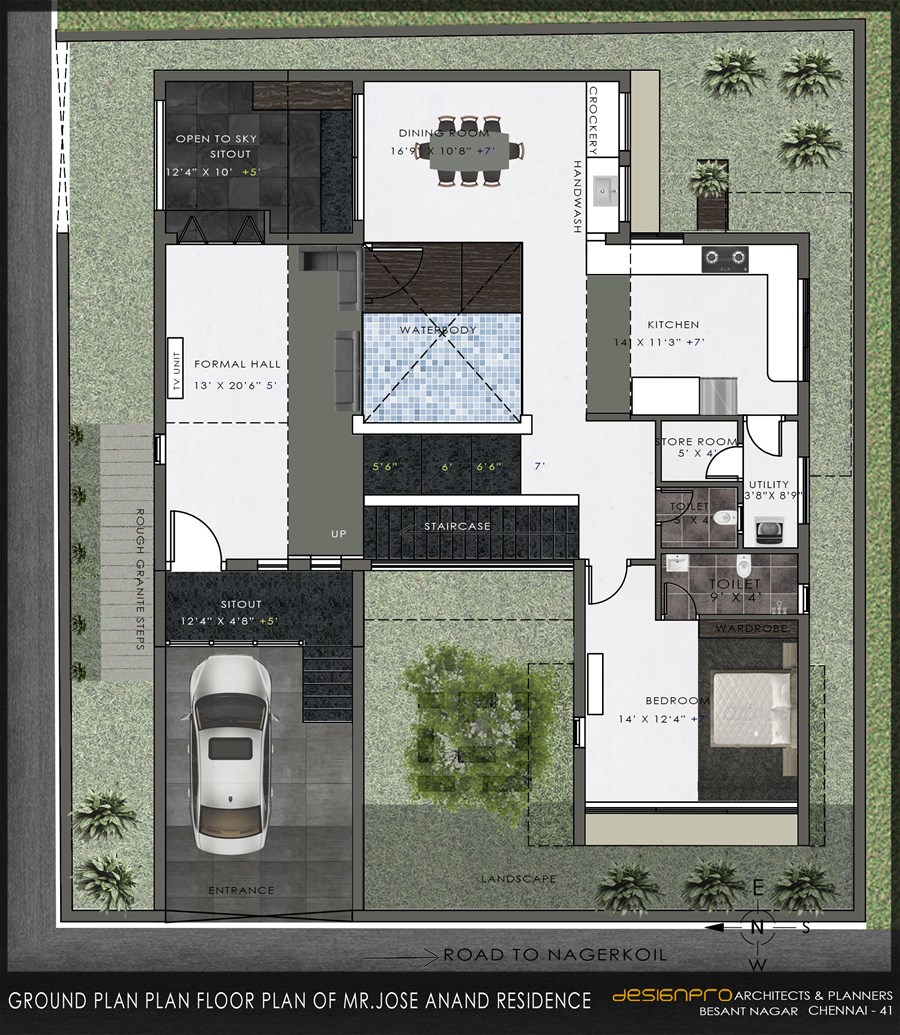 “The owner wanted to have more informal spaces open to the other, rather than an introverted one. This residence has more semi-private spaces than the private ones. The entire planning had this thought as a key thing.
The design concept has been evolved from “telescope”, creating interesting viewports in the building by borrowing views from its milieu. Pulling in some exteriors to the interior, the residence does have some interaction with it.
The Massing of this building is just about stacking a couple of boxes on the two counterparts below, in a really exquisite manner, with deliberately subtracted punctures in it.
The residence is fully lit by natural light with sufficient openings. The central courtyard is alluringly lit by irregular openings. These irregular openings follow a patterninspired from the abstract form of mountains. This pattern isfollowed in the walls of the building too.
The interiors kept minimalistic, with interesting usage of the boxes adopted from the exteriors. In the interesting manner colours go with each other enhances the minimalism followed through out.
Visual connectivity is meticulously established with vital usage of glass.For instance, kitchen, dining, and living areas are visually connected with the informal living and bar counter in the basement floor. This fuses different spaces of this residence and makes it more and more extroverted in nature.
The ground floor has been taken 1.2 metres above the road level, to create a usable space in the basement floor, which has an informal seating, bed room and a bar counter. Enhanced with a small water body, the informal seating area inspired from its traditional ancestor “veranda” creates a pleasing atmosphere, connecting itself with the other storeys.The steps that lead to the bar counter also acts as a table in the informal seating.
The landscaped outdoor seating area, resembling the mountains in its background, has earth mounds with an informal seating in a tree shade. Along its side it has a covered space with a traditional swing in it. Above the swing there is a car park in the ground floor level, creating a tunnel effect in the wind from south west to the six and a half feet clear swing area.
The elevated ground floor approached with a set of stairs, leads to the double storey height living. A bridge with three flat steps that moves from living to the prayer area- resting on the kitchen wall- further leads to the dining, kitchen and bedroom. Bed room meant for the owner’s mother, who can’t frequently move up or down in the stairs. Just outside her room, an ecclesiastical prayer area embellishing the kitchen wall.An open to sky balcony area opens to an enchanting view of paddy fields and lotus pond with the mountain backdrop. The rest rooms are delicately zoned in the southern part, where there are no imperative outdoor elements.
The home theatre, approached with three stepped bridge- above its ground floor counterpart-is located inthe juxtaposition between the master bed room and that of kids, where it has its intermittent users.”
Photography: Purnesh Dev