Industrial Office is a project deaigned by DO ARCHITECTS in 2014, covers an area of 750 m² and is located in Vilnius, Lithuania. 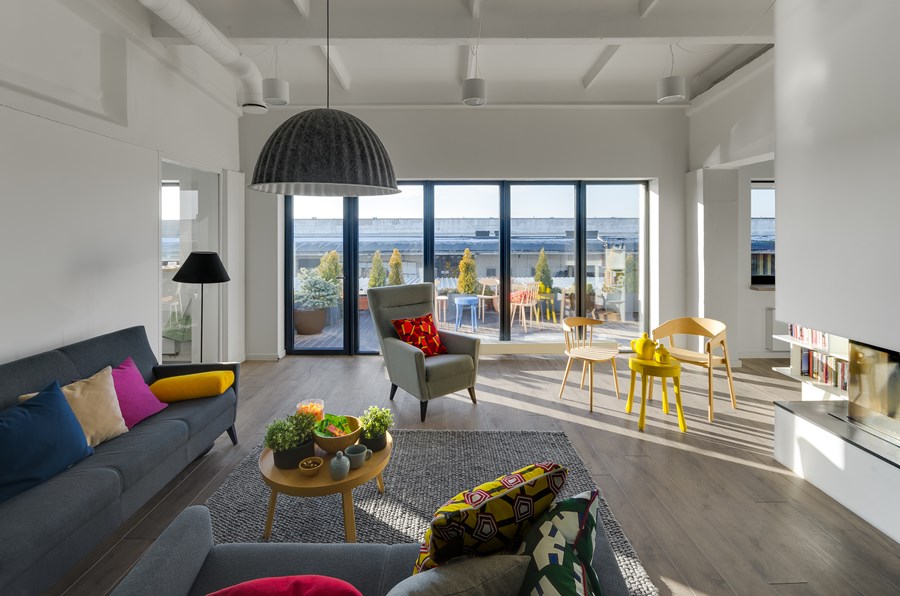 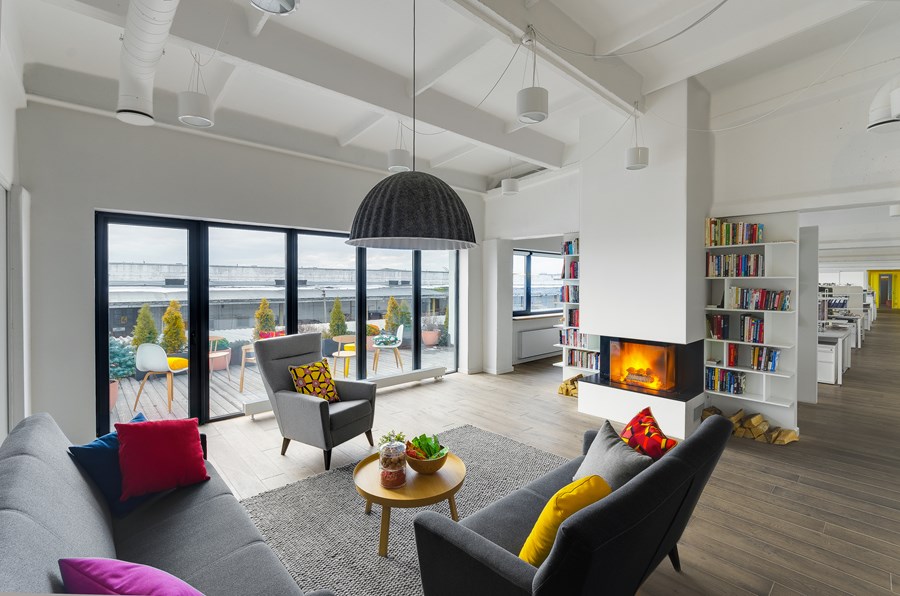 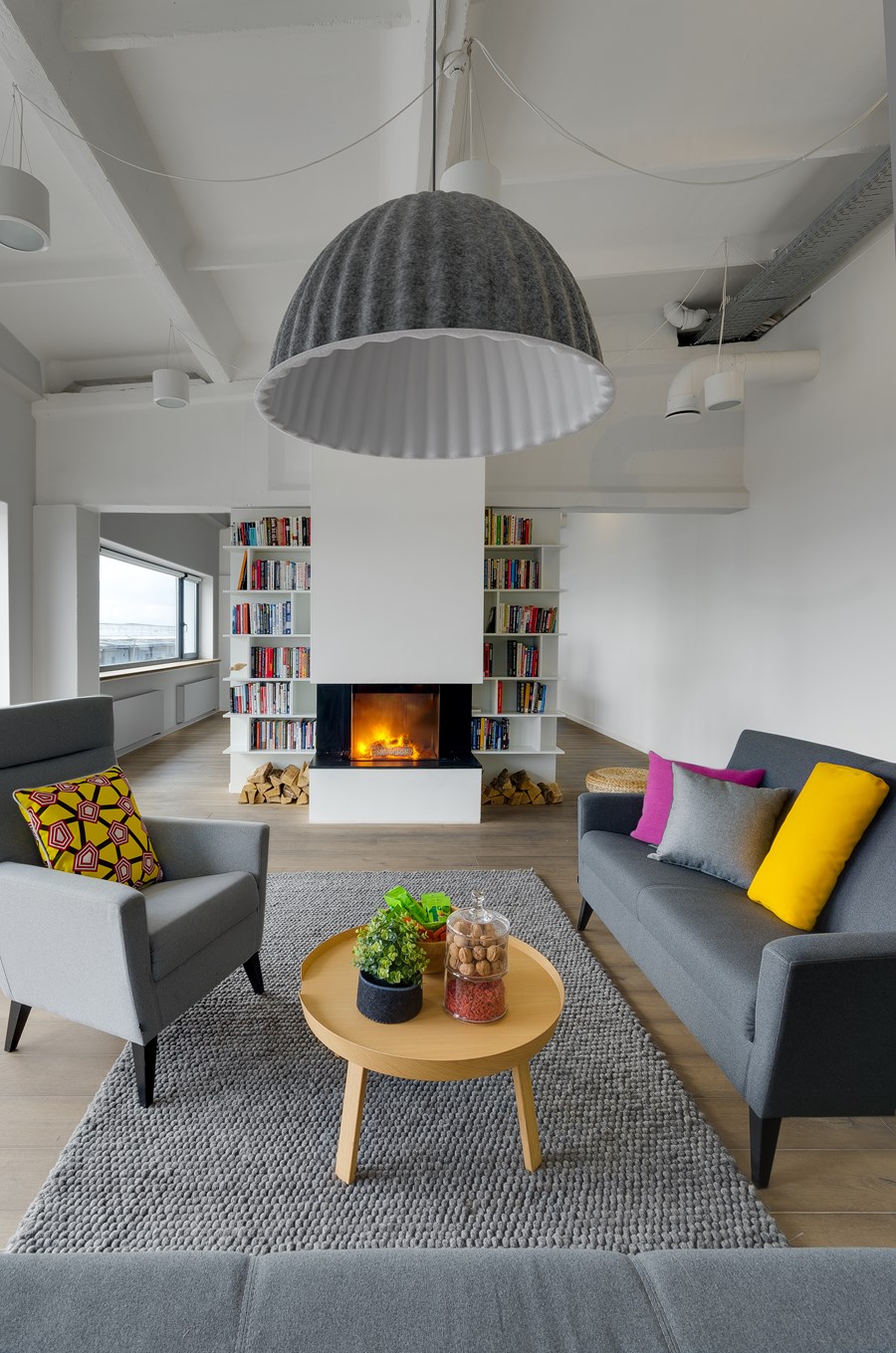 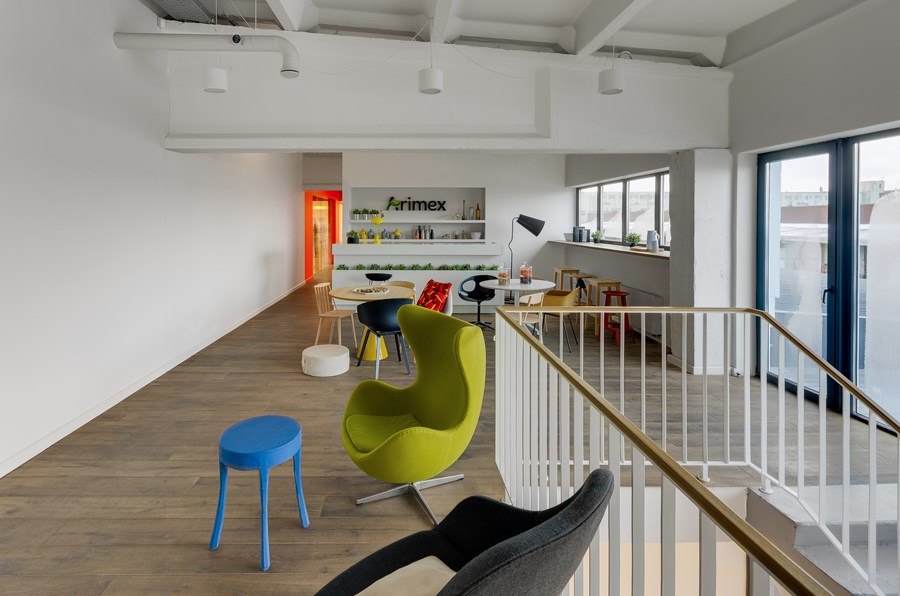 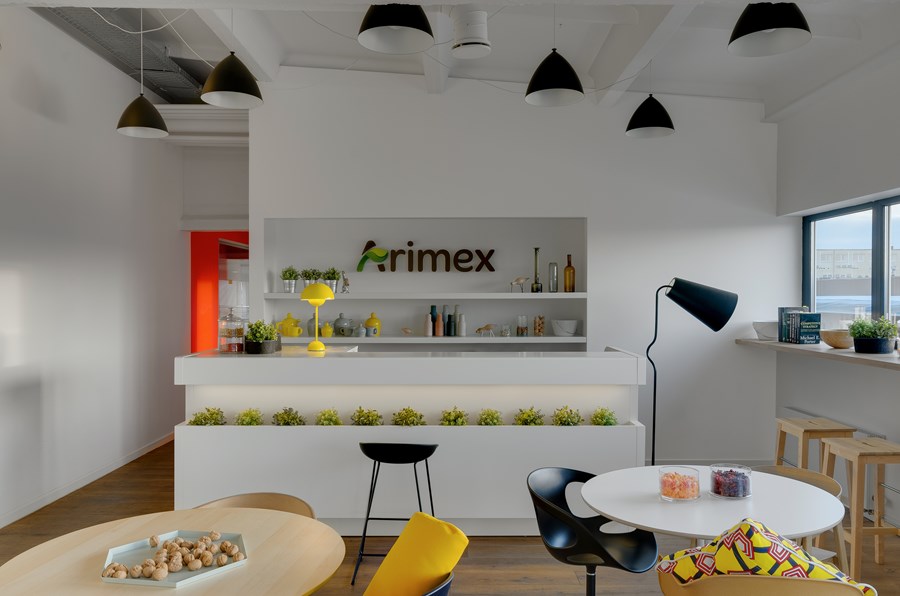 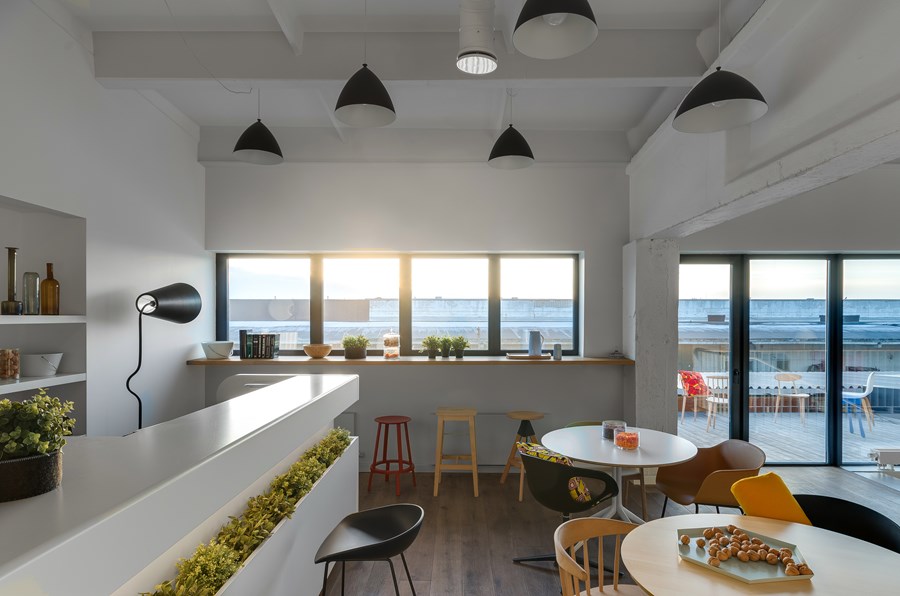 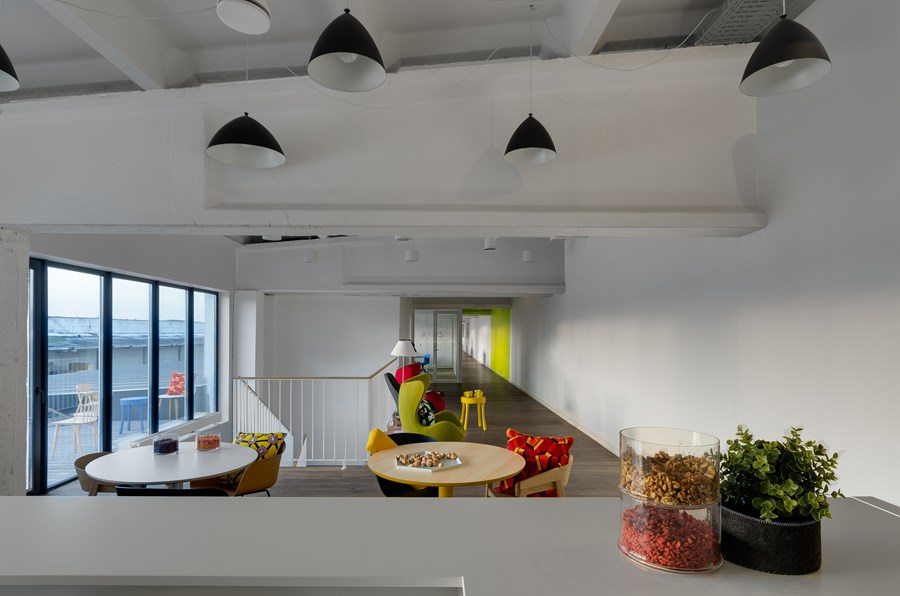 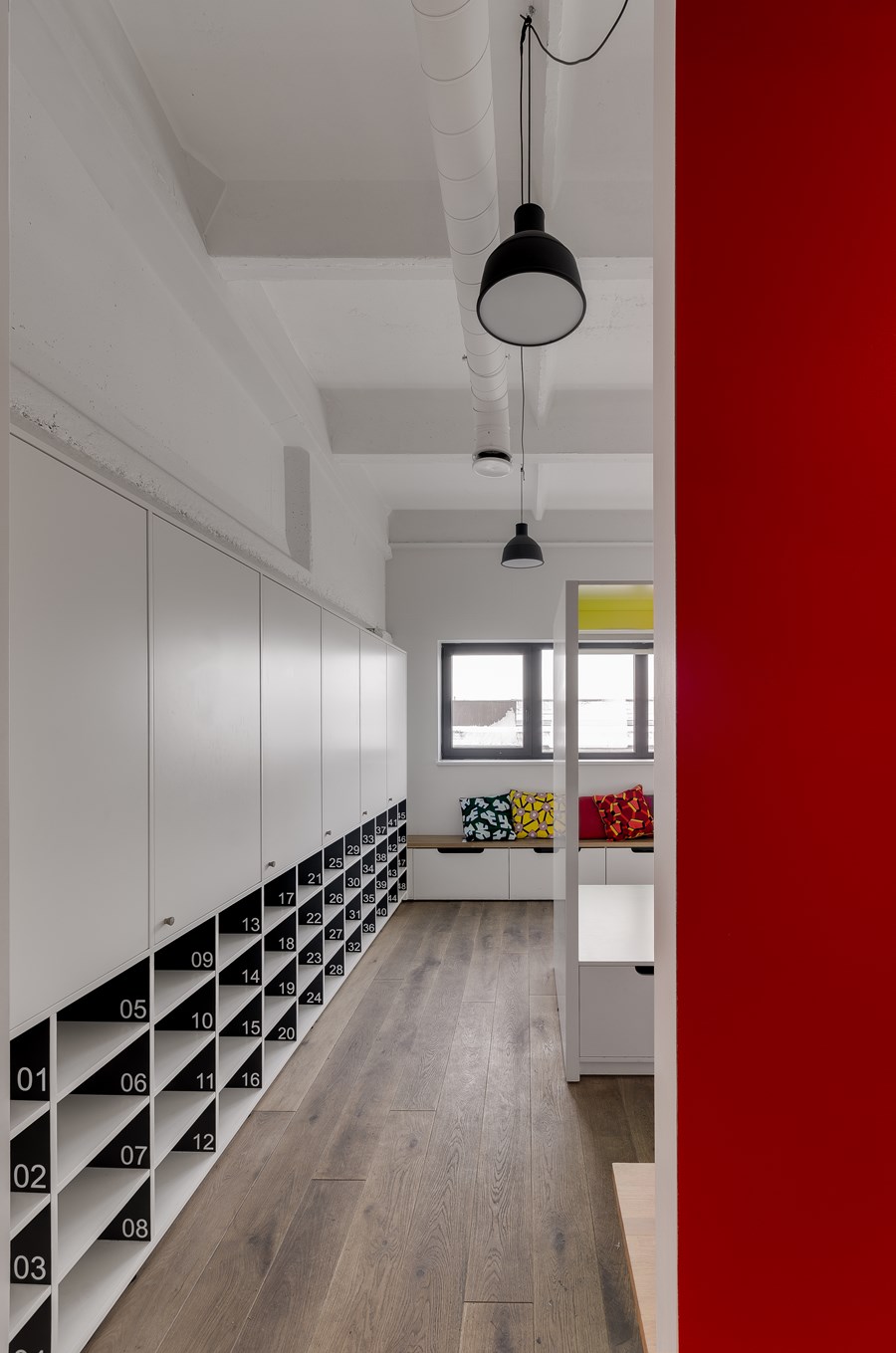 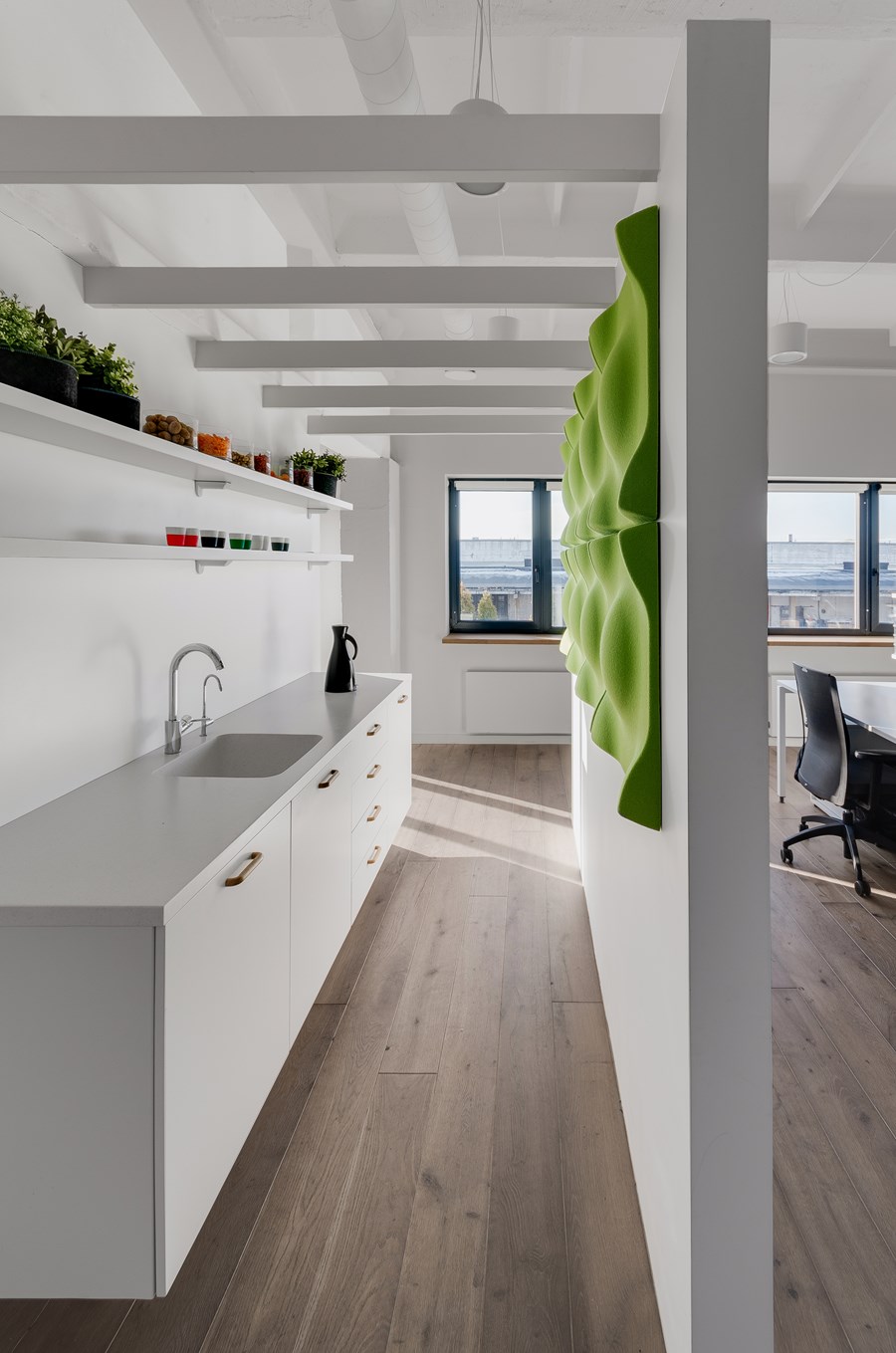 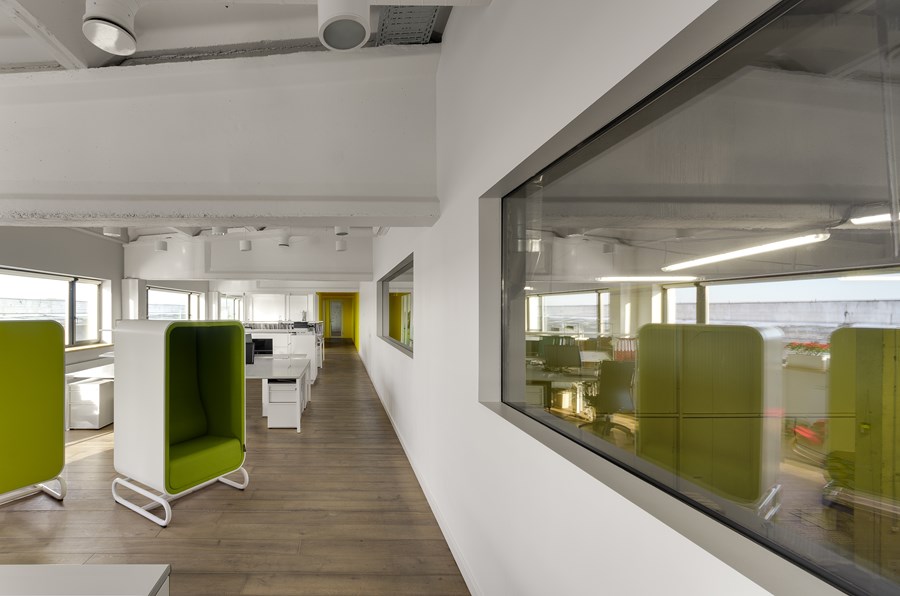 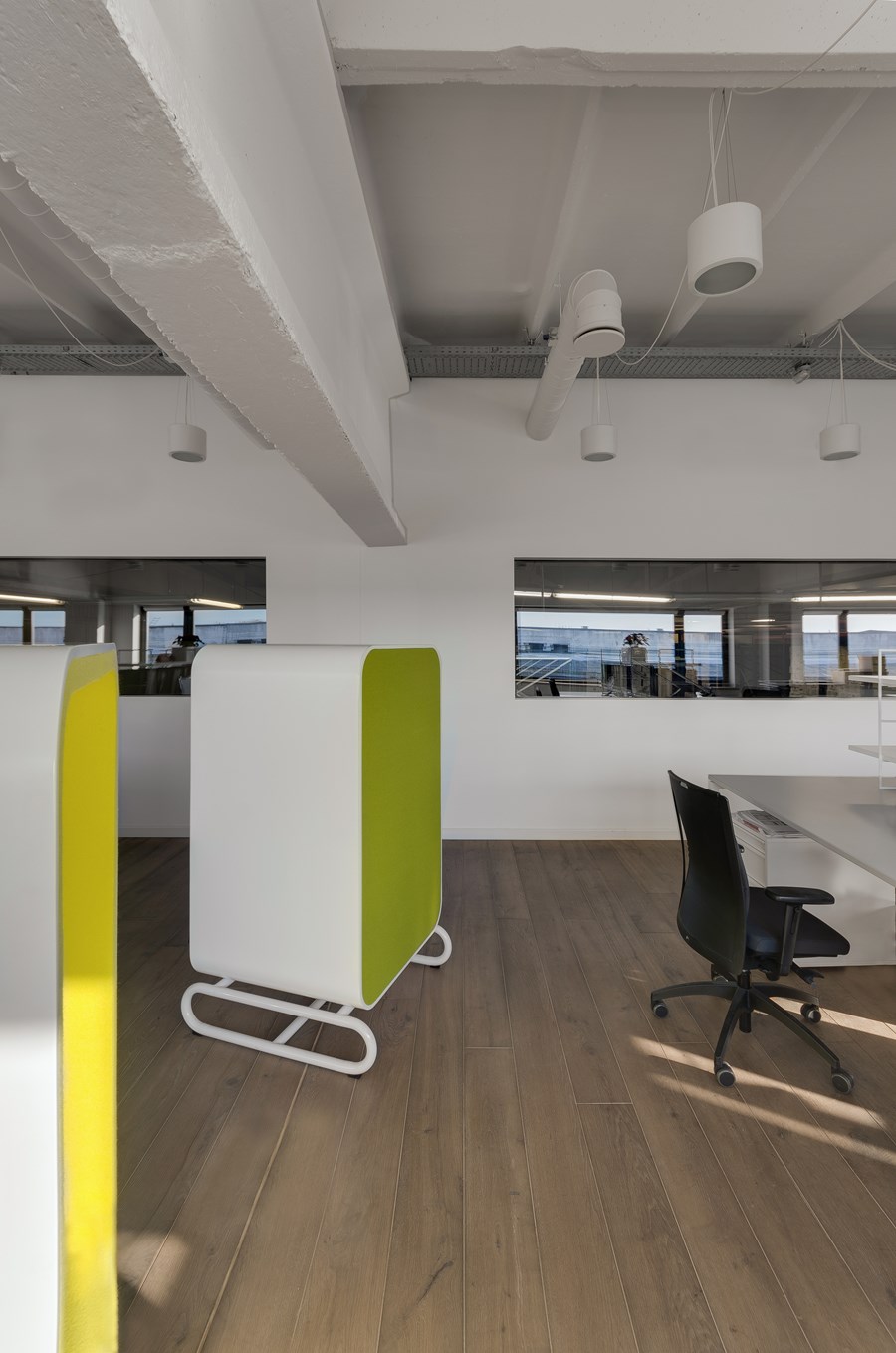 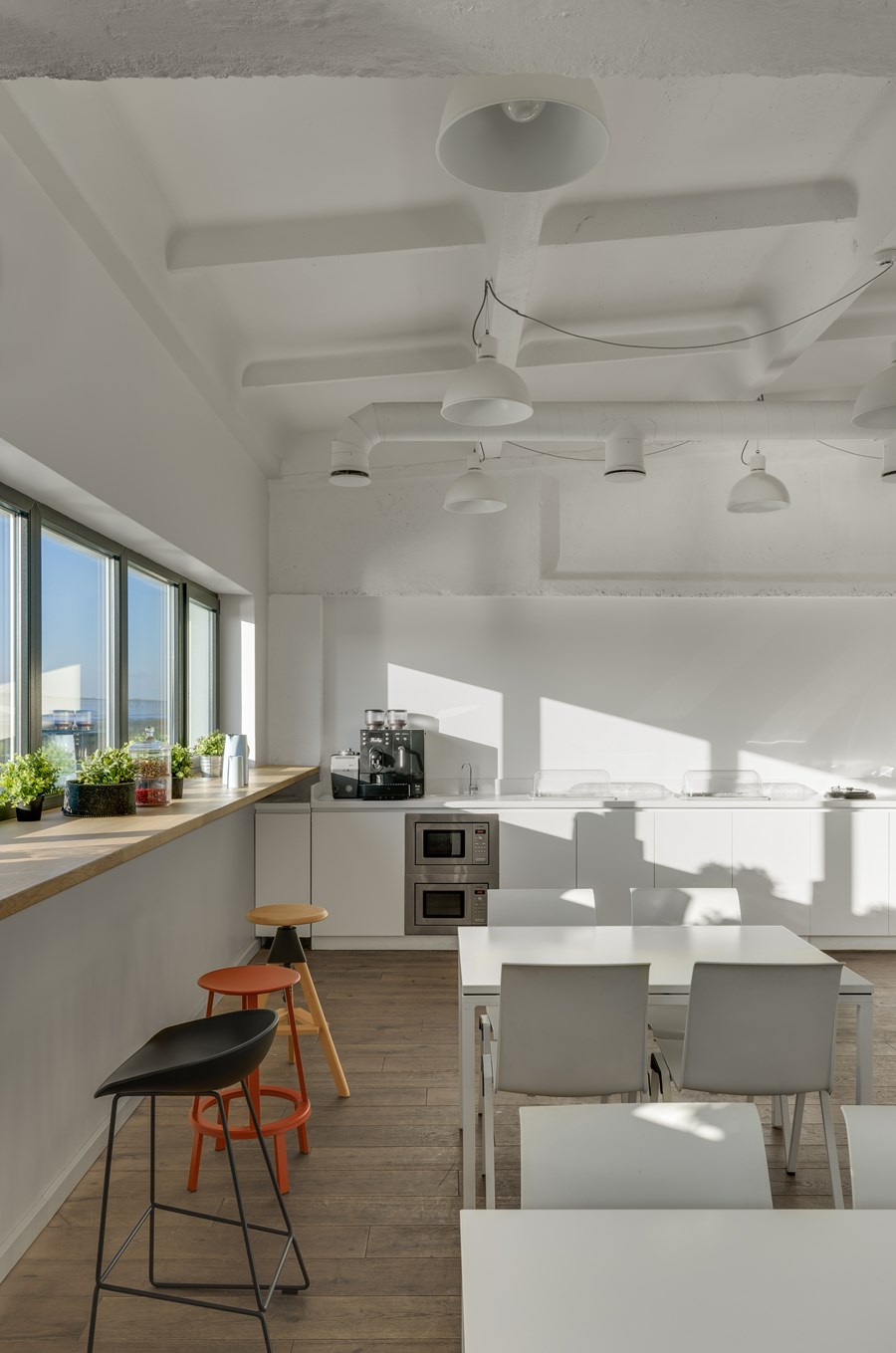 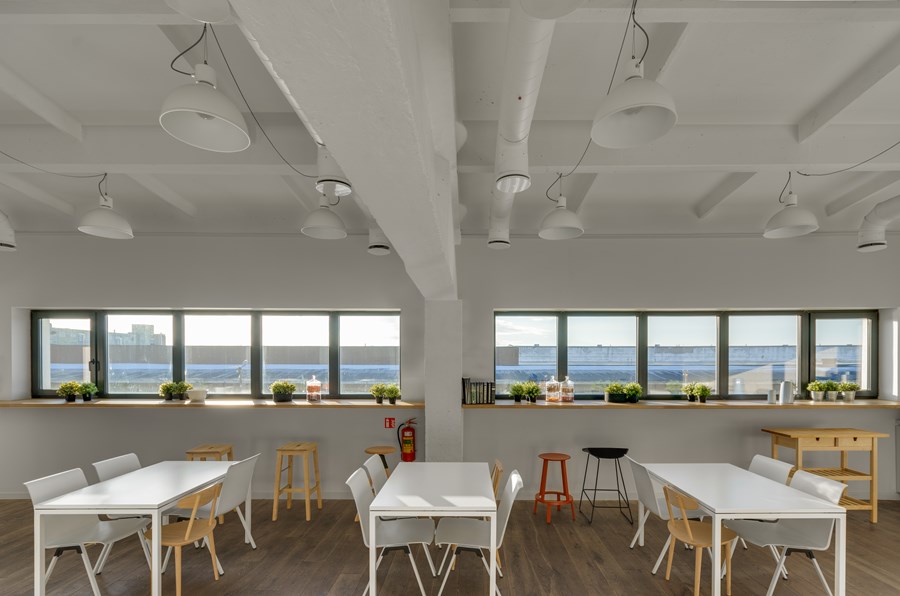 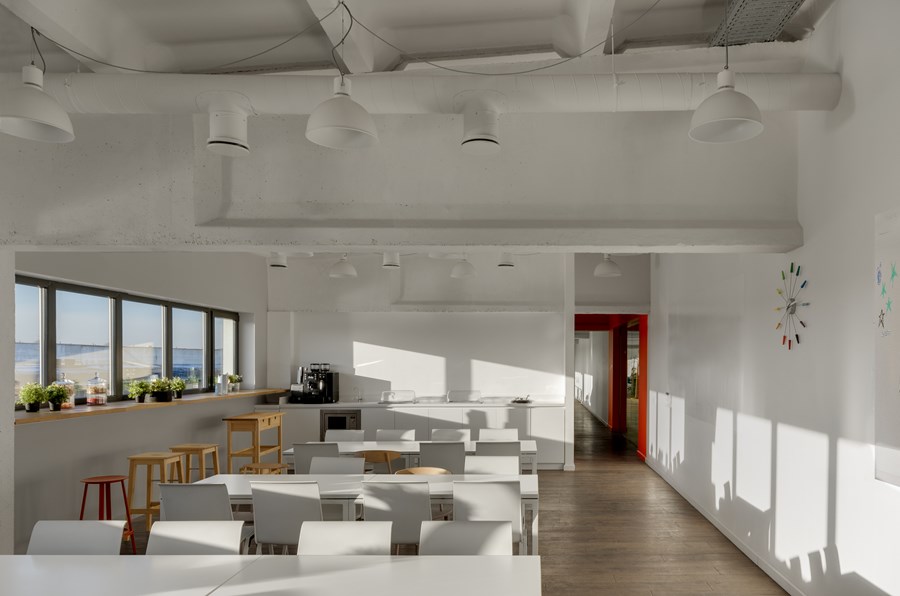 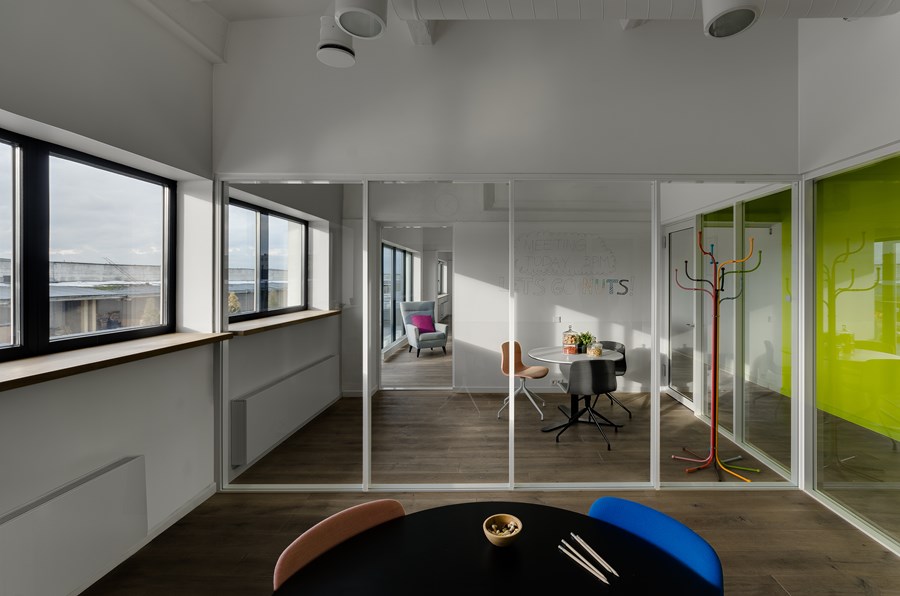 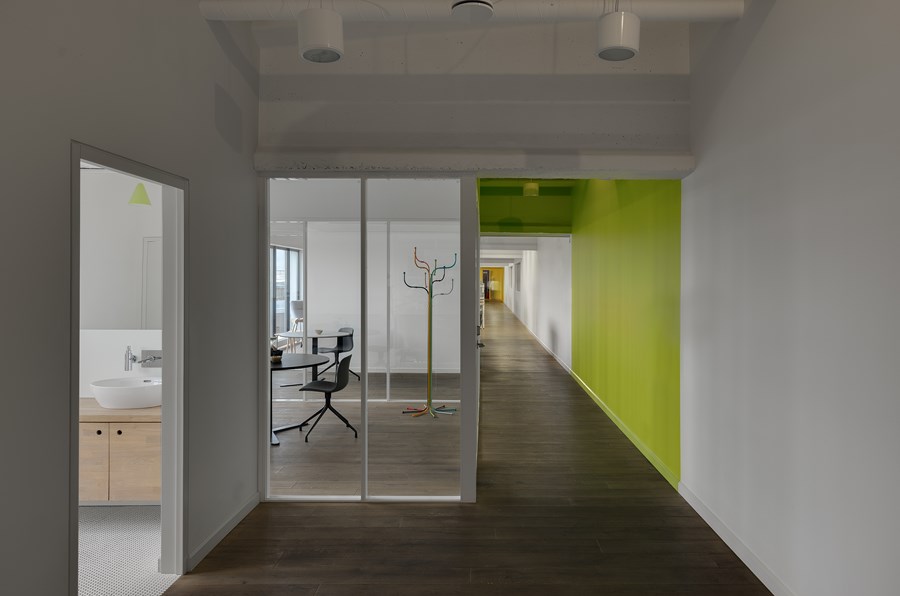 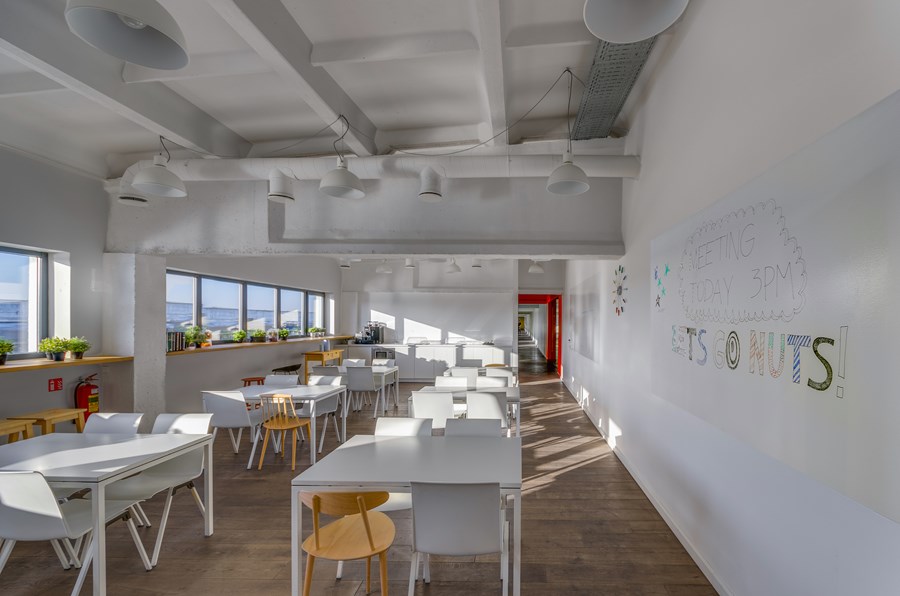 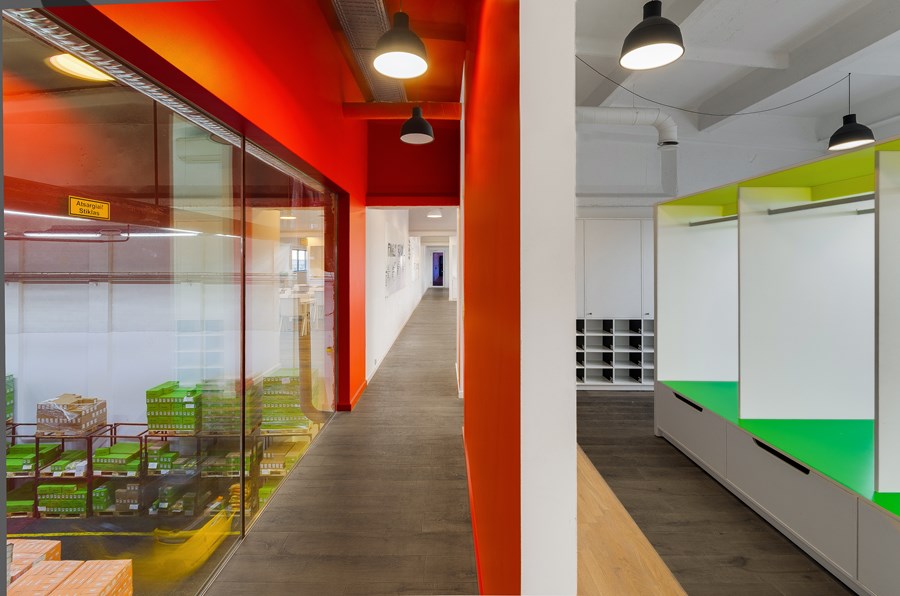 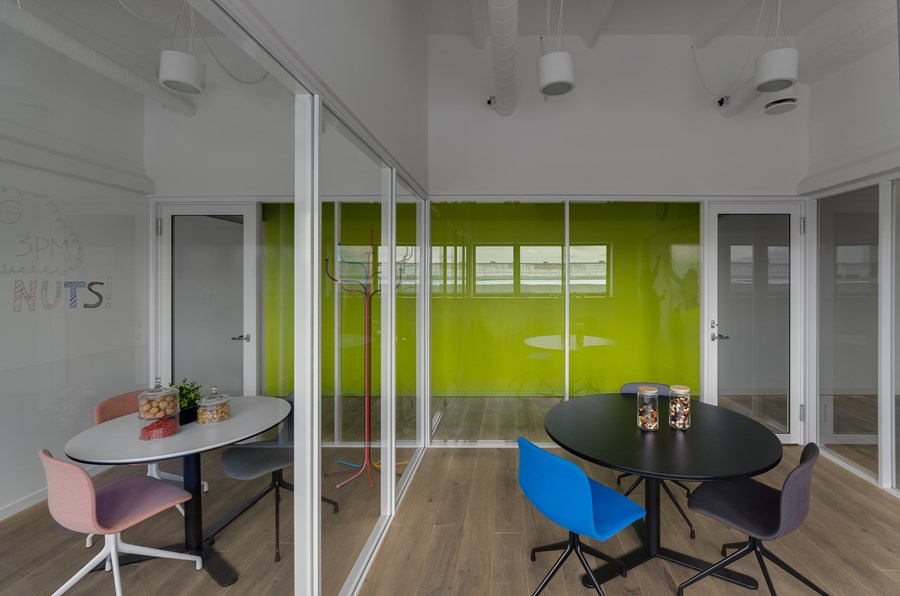 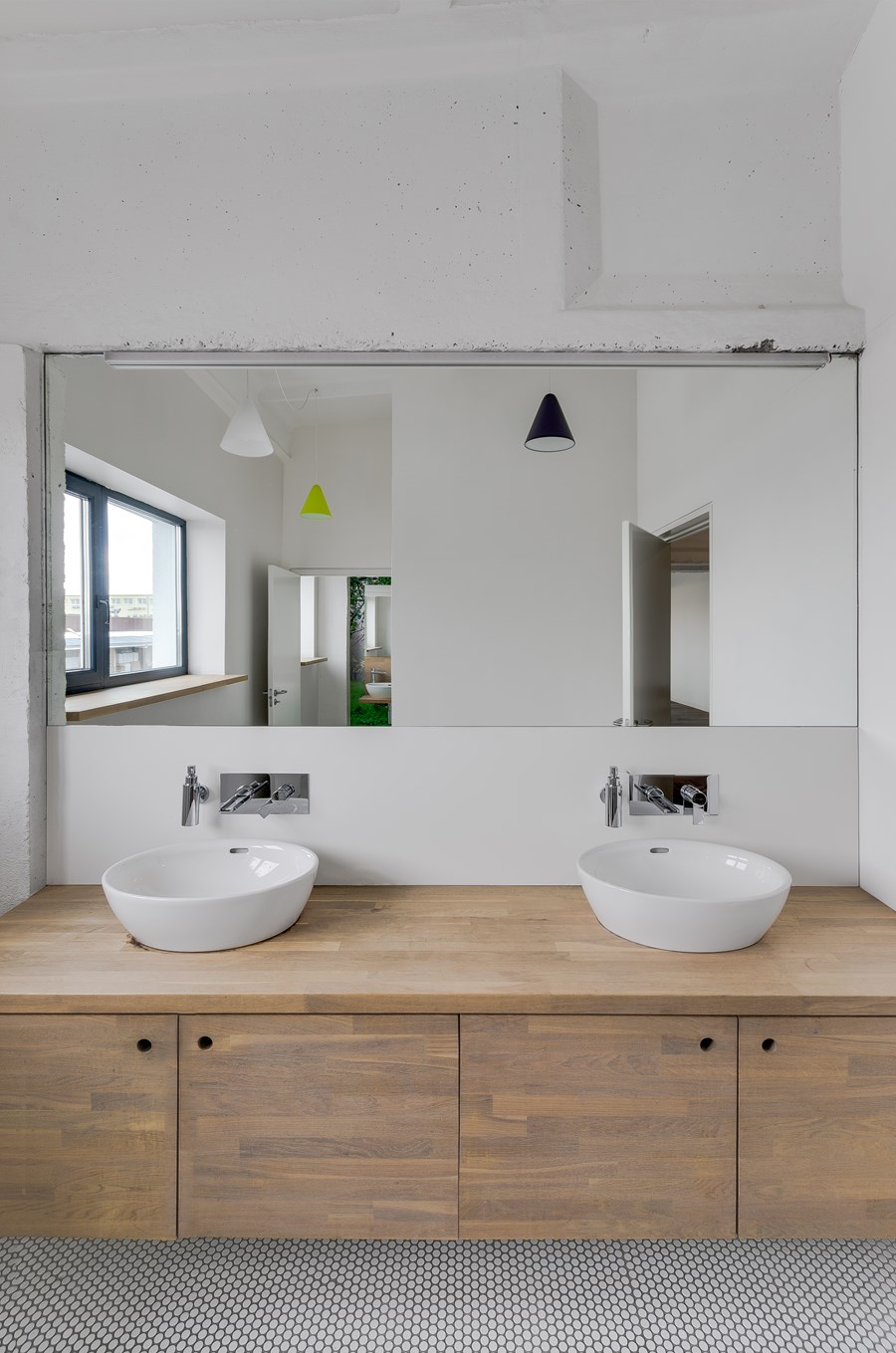 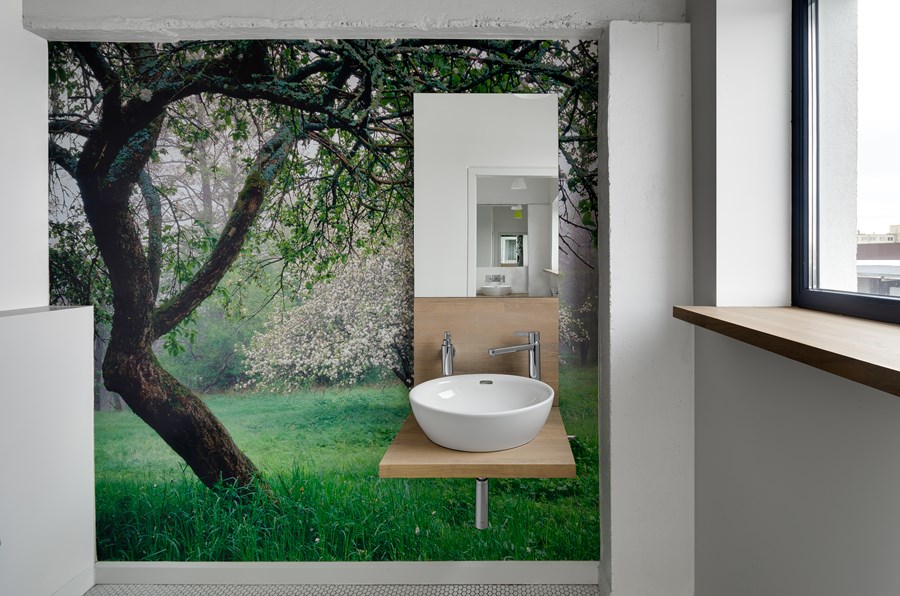 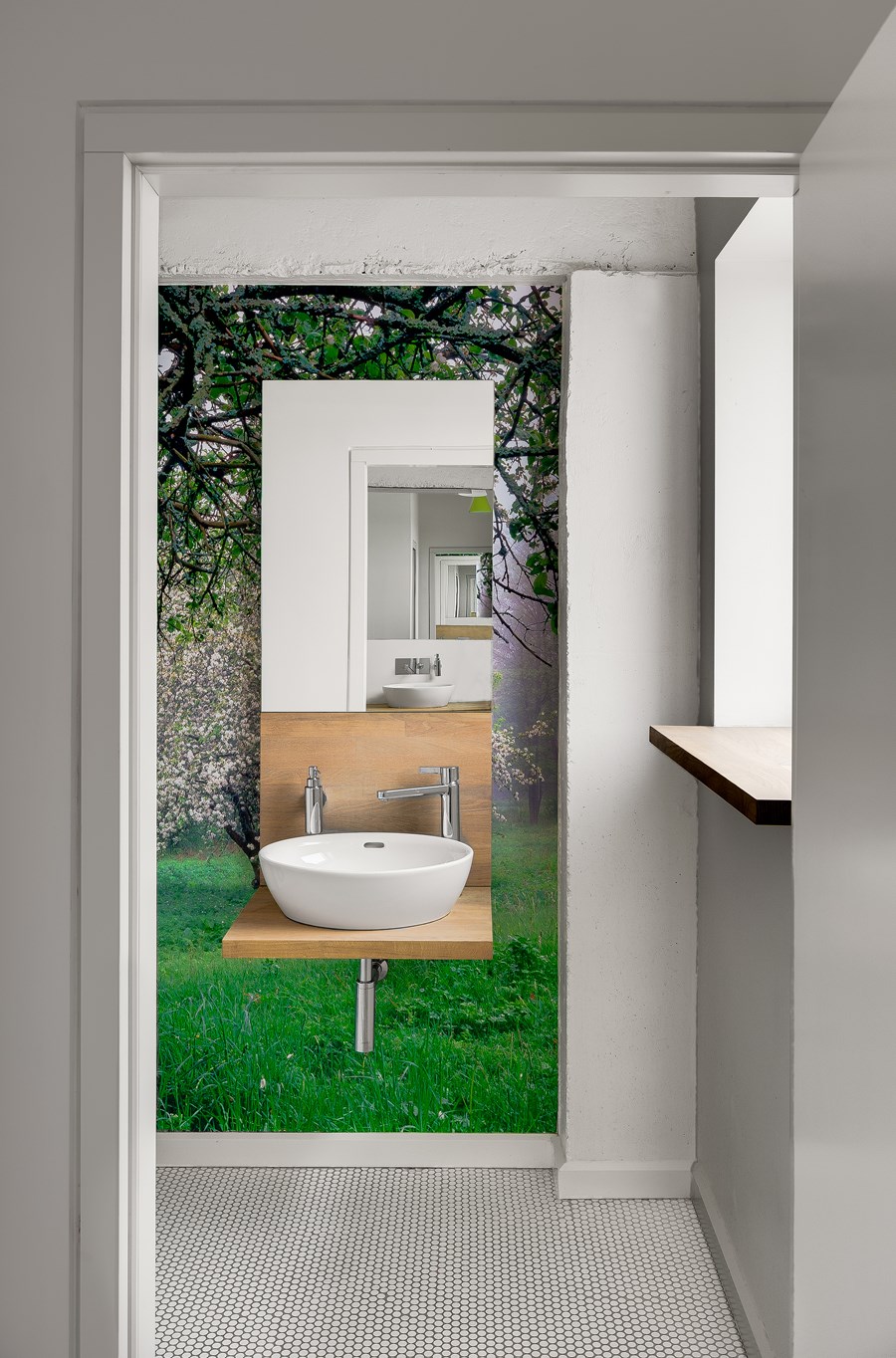 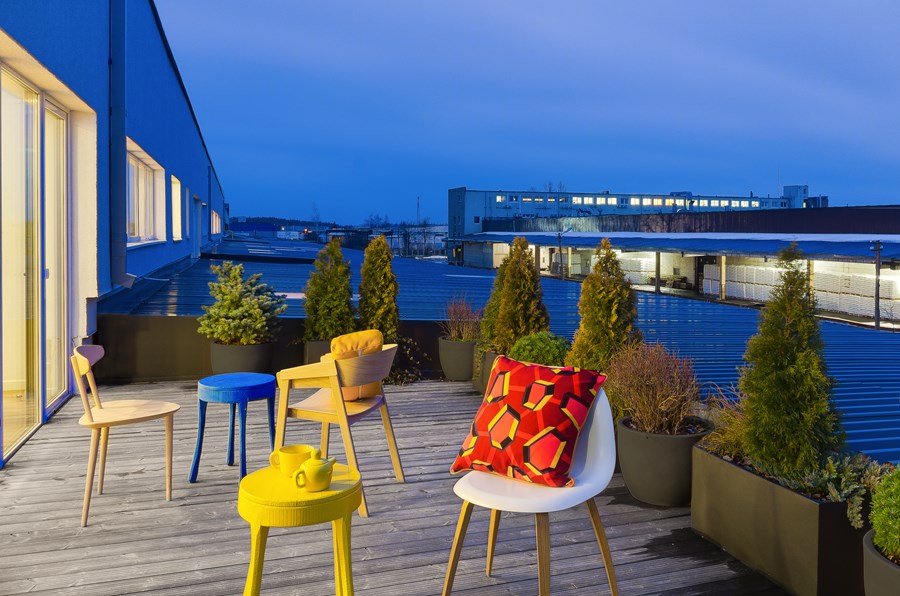 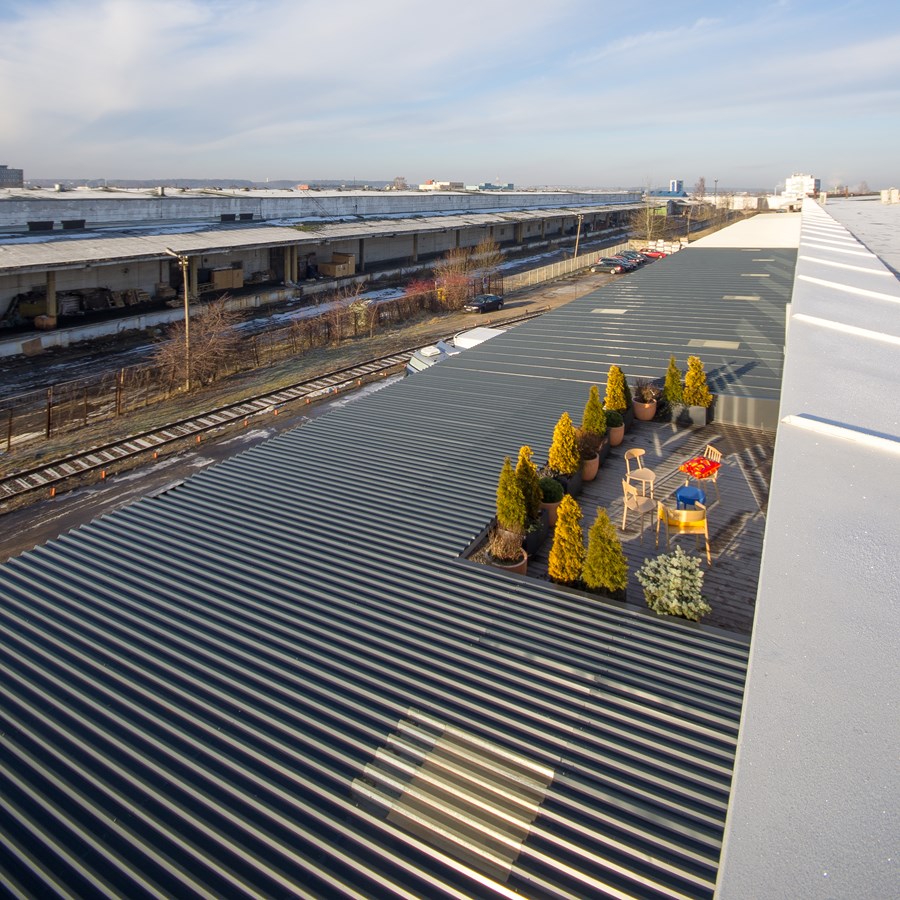 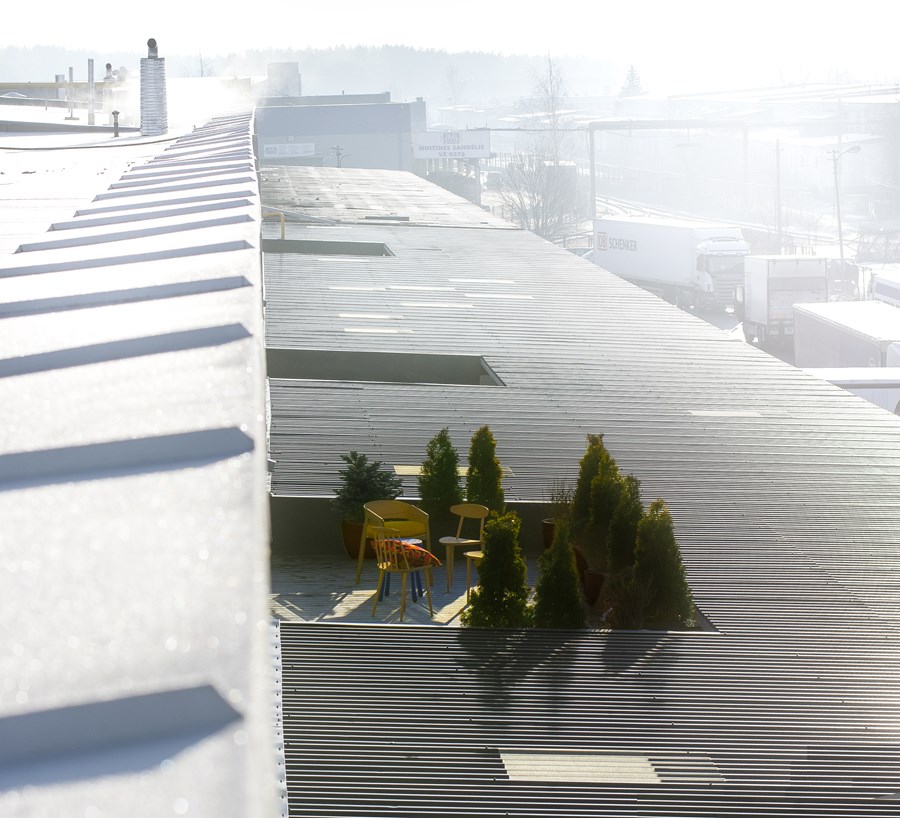 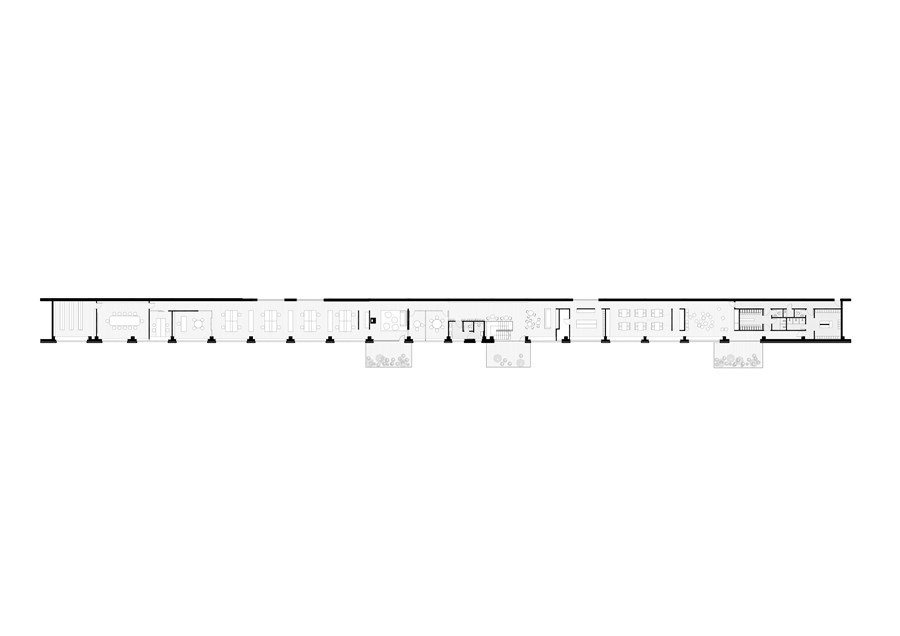 The industrial office is a glowing beacon of colour and happy aura in a bleak and grey, postsoviet industrial context. A plethora of different functions is contained within its 120 metres – workspaces, living room, library, meeting rooms, dining room, lounge and nut bar. Colourful tunnels separate the functions and act as gateways, signifying the transition from one space to the next.
A tour of the office begins in the work zone – an open space, fragmented only by several closed conversation boxes used for small meetings and private phone conversations. In this space windows to the exterior mirror the openings that give a glimpse to workings of the nut warehouse on the opposite side. From the work zone one continues through the office kitchenette to the lounge and library, a space where informal meetings take place. Further along one passes through a green tunnel to the private meeting rooms and on to the nut bar – the company is the largest supplier of nuts in Lithuania, so this one’s a must! The nut bar, which allows visitors and staff to taste the various types of nuts produced by the company, also functions as an entrance lobby and reception – the first meeting between office and visitor. From this space a red tunnel acts as a cloak area and leads to the dining and living zone. The spaces in the new office are defined by the attributes of a former warehouse – massive and rough concrete columns and beams reference the grey images of the factory district outside the windows. The beams create a perceived spatial division across the major axis of the office, visually segmenting its spaces and providing an important aesthetical viewpoint.
The living room, nut bar and lounge all have direct access to a green roof terrace, where one can plan a meeting or simply unwind, relax and rejuvenate with a shot of espresso.
Photos: Norbert Tukaj, Margarita Kaučikaitė