Villa N is a single family villa for a fashion manager and his family designed in 2015 by Architettura Matassoni, covers an area of 1194 square meters and is located in Arezzo, Tuscany, Italy. 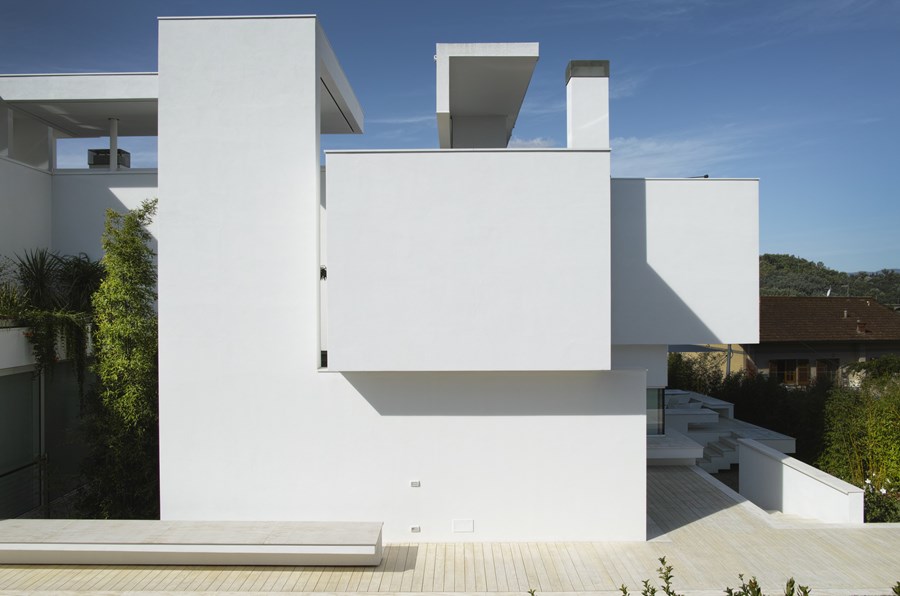 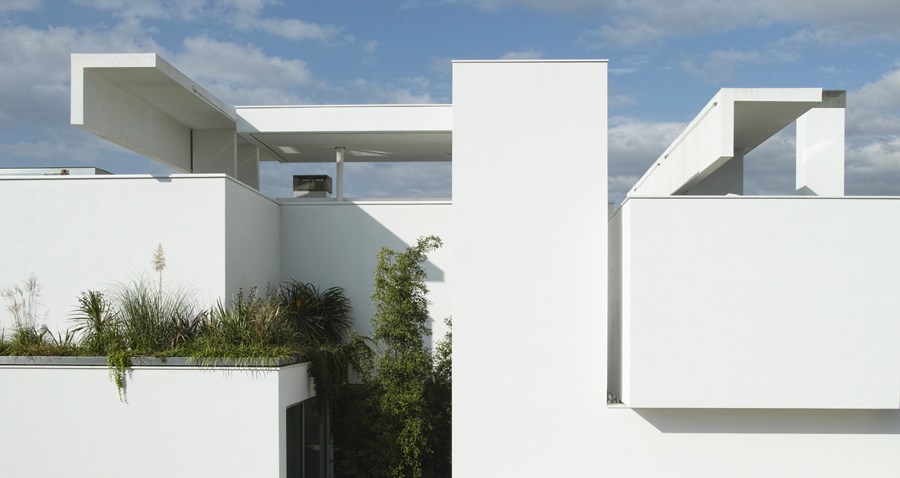 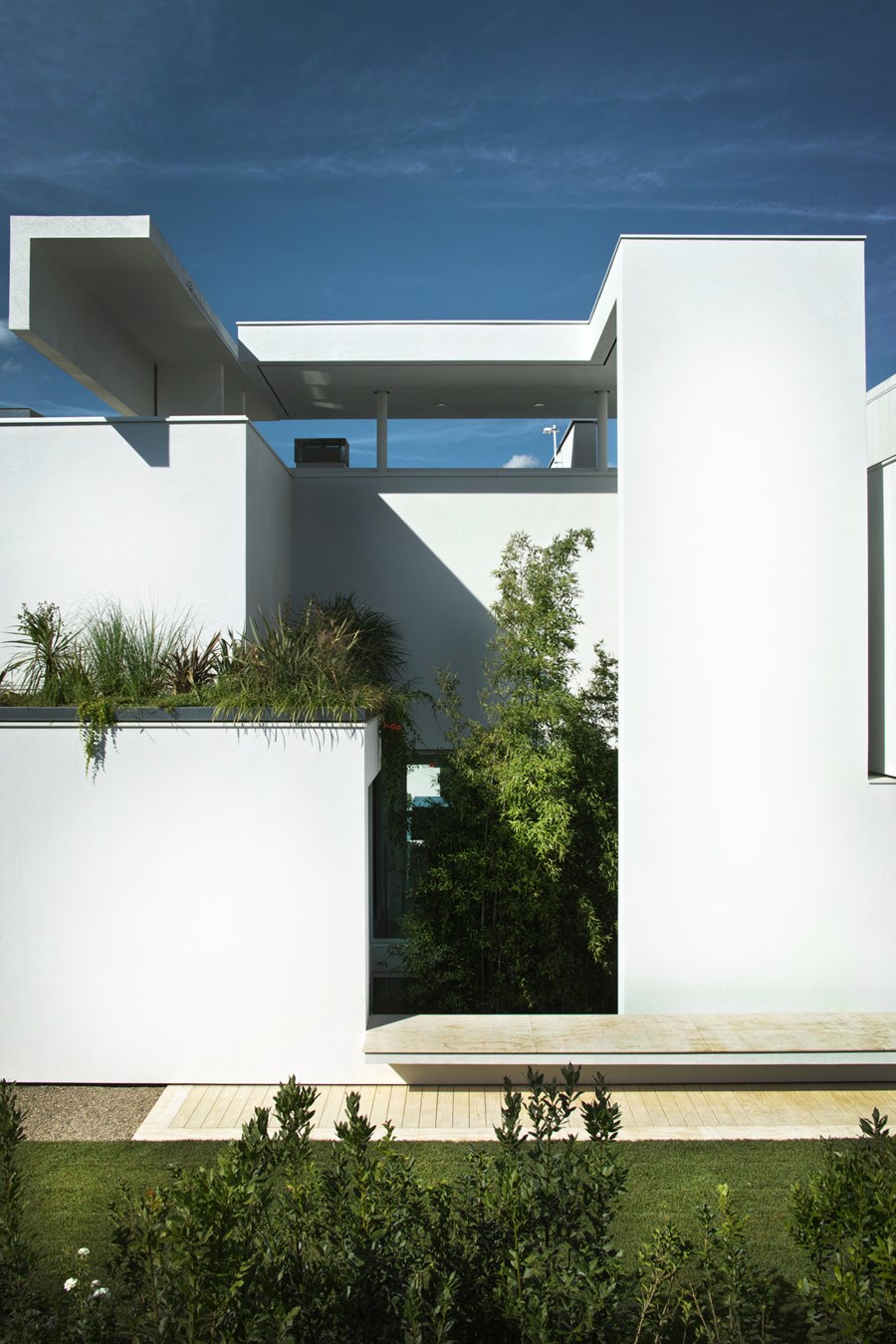 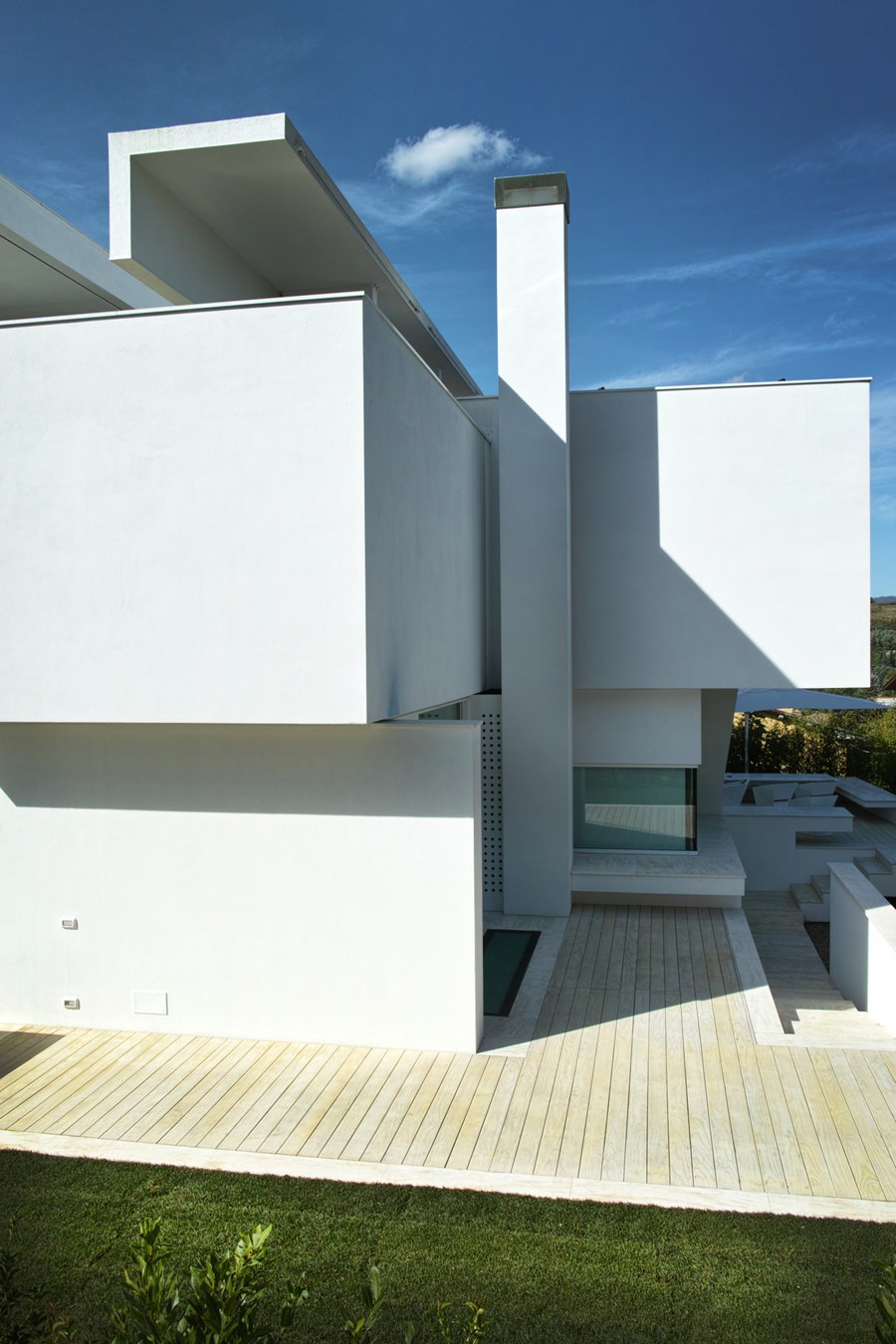 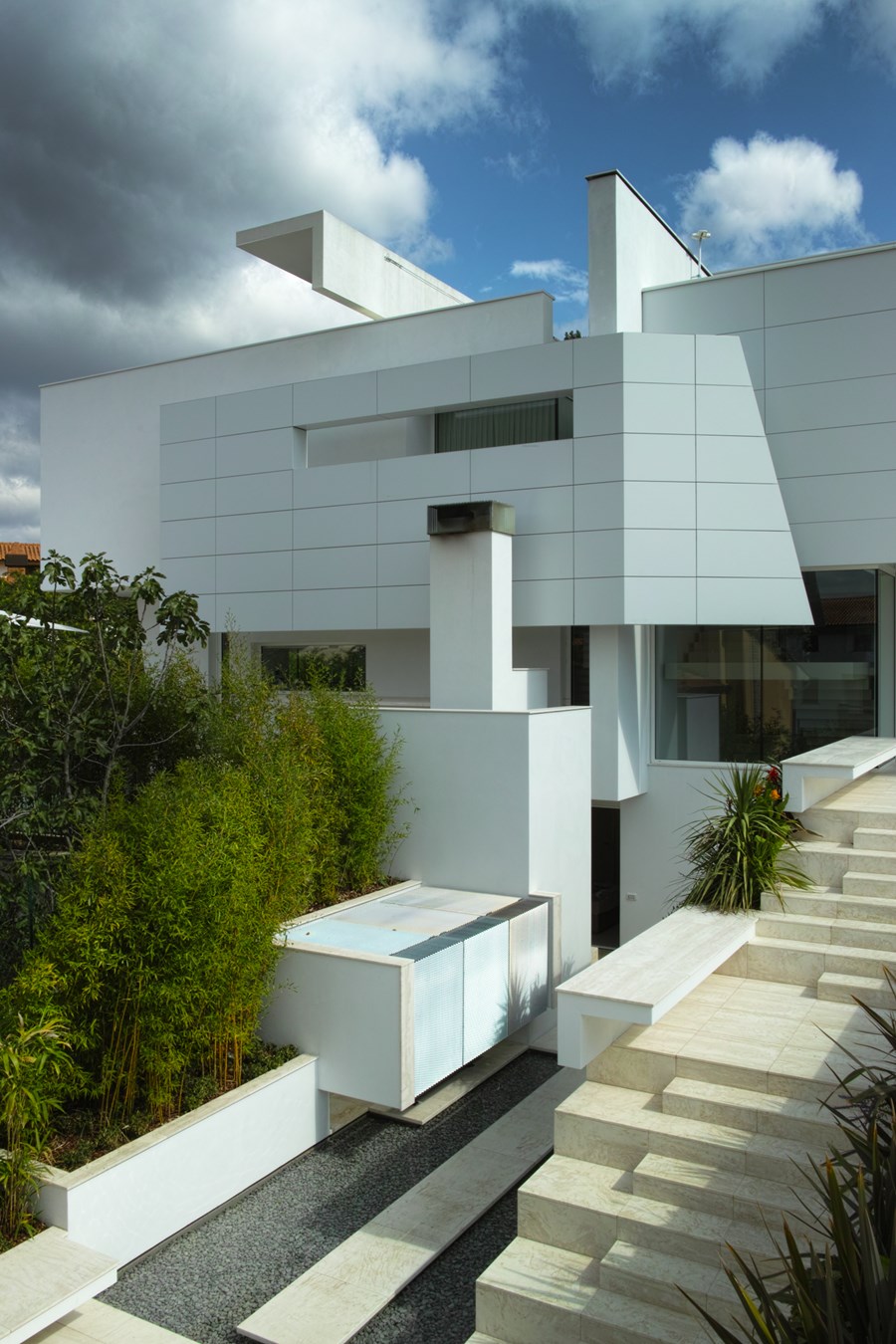 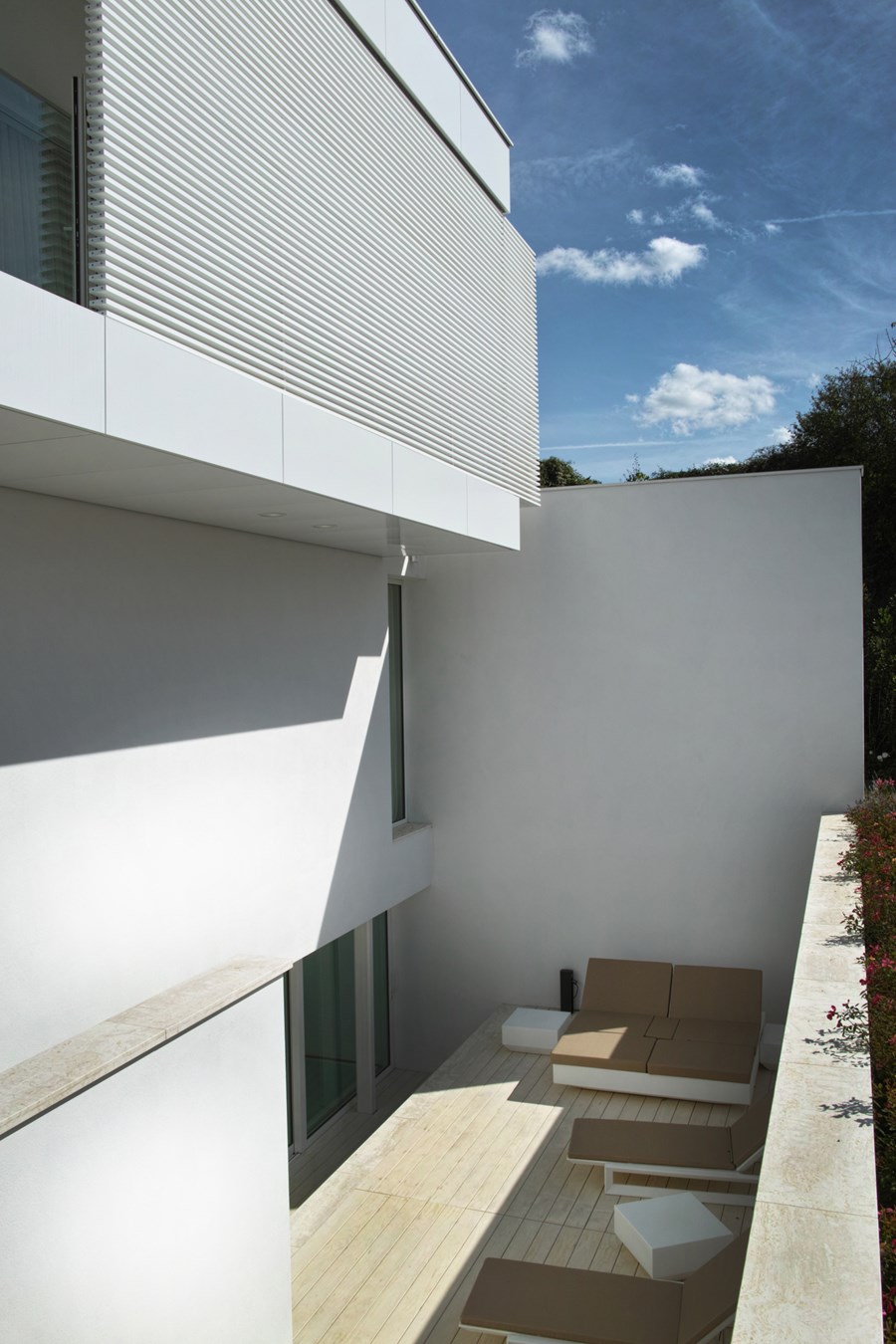 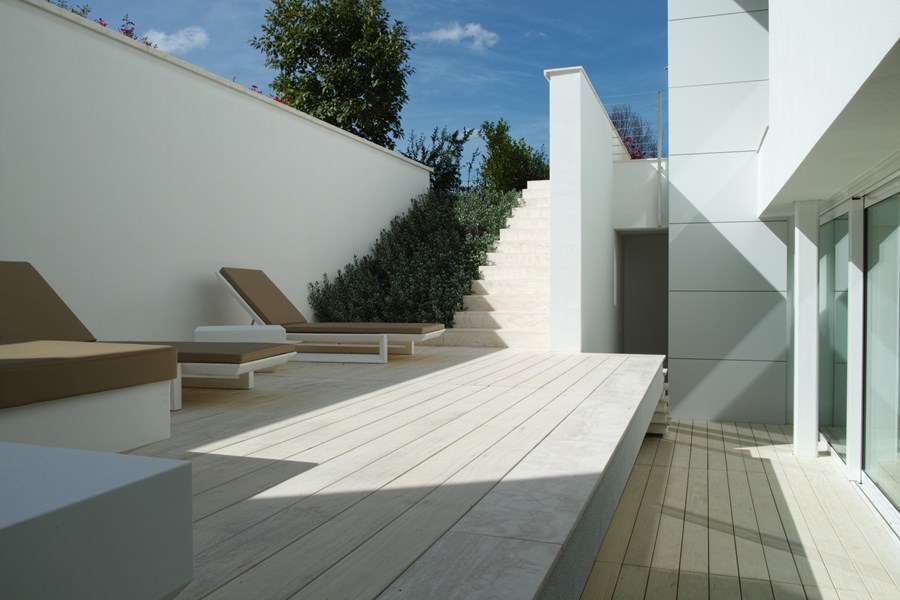 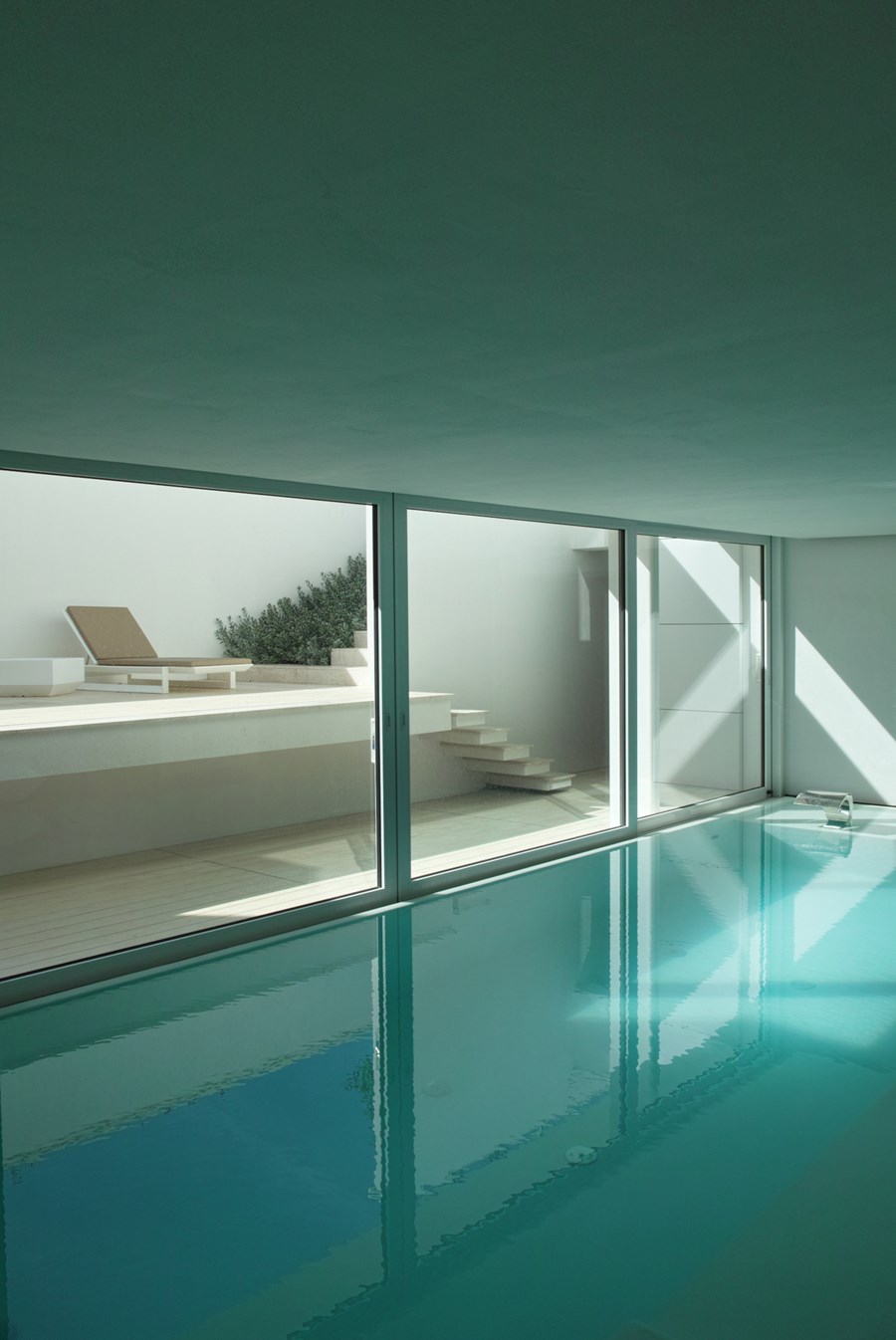 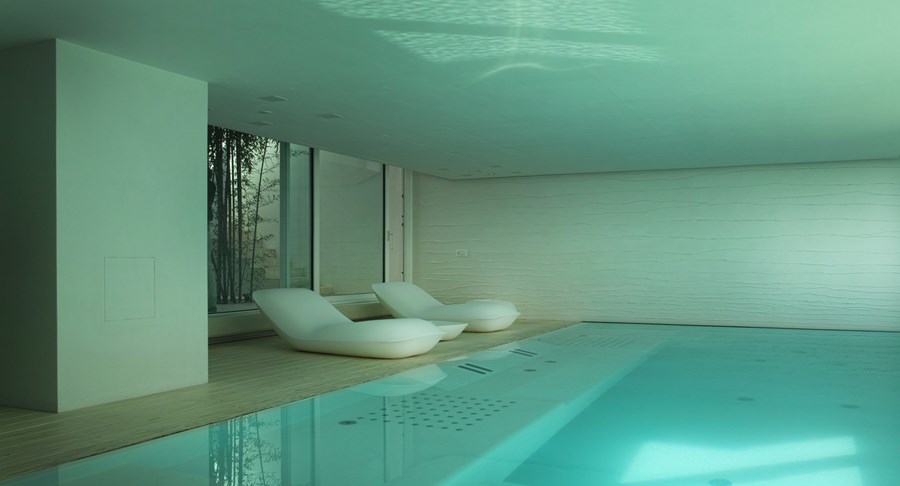 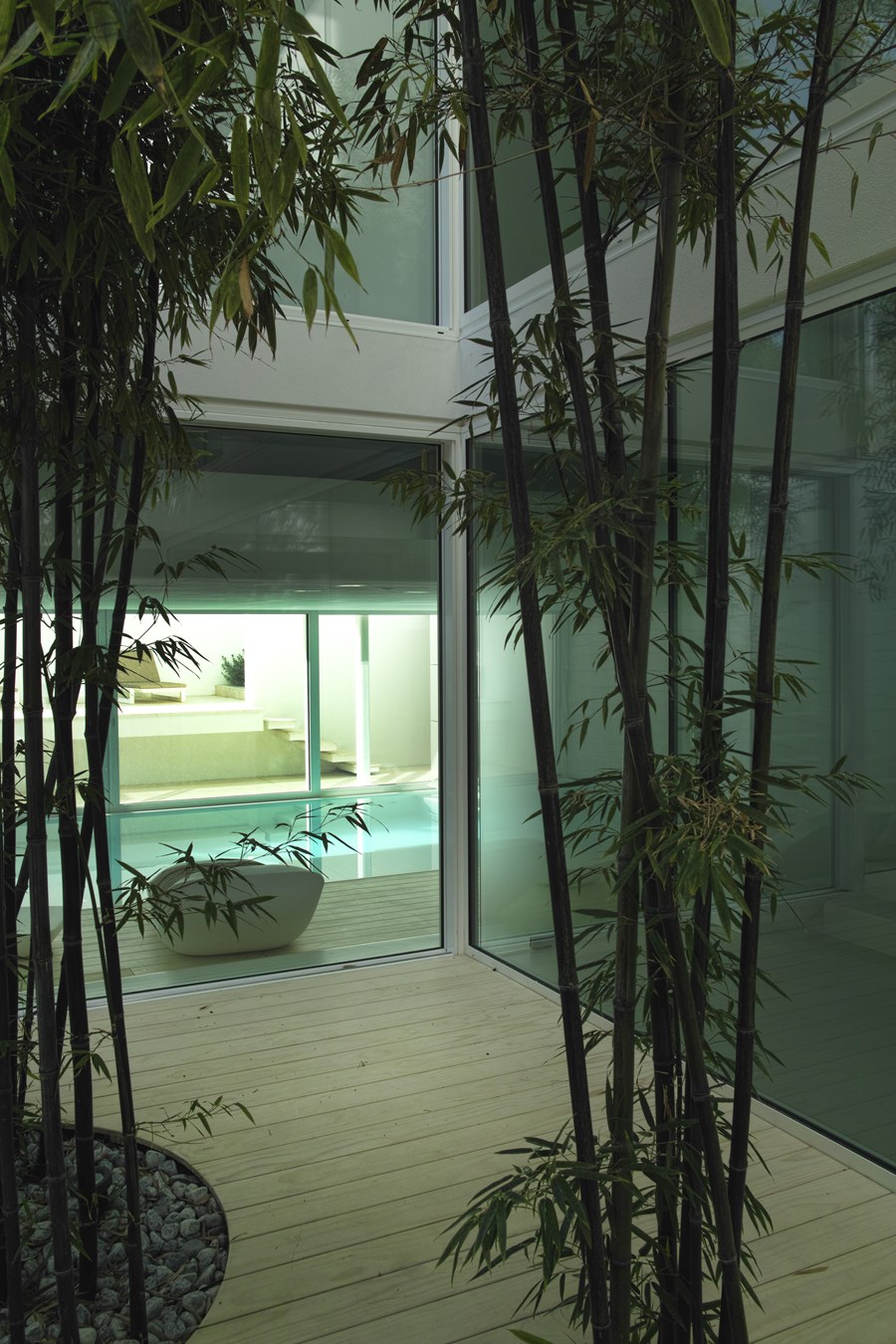 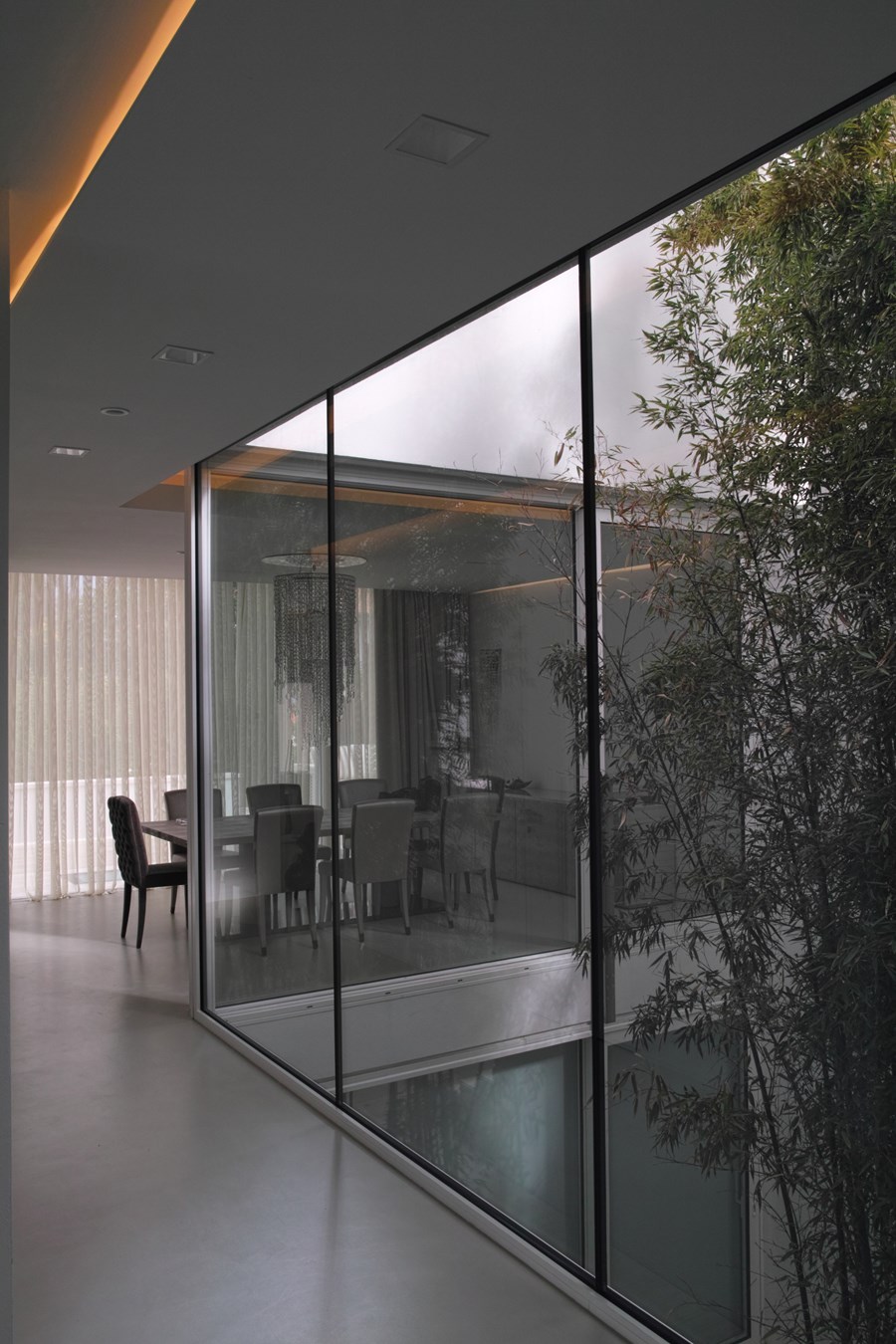 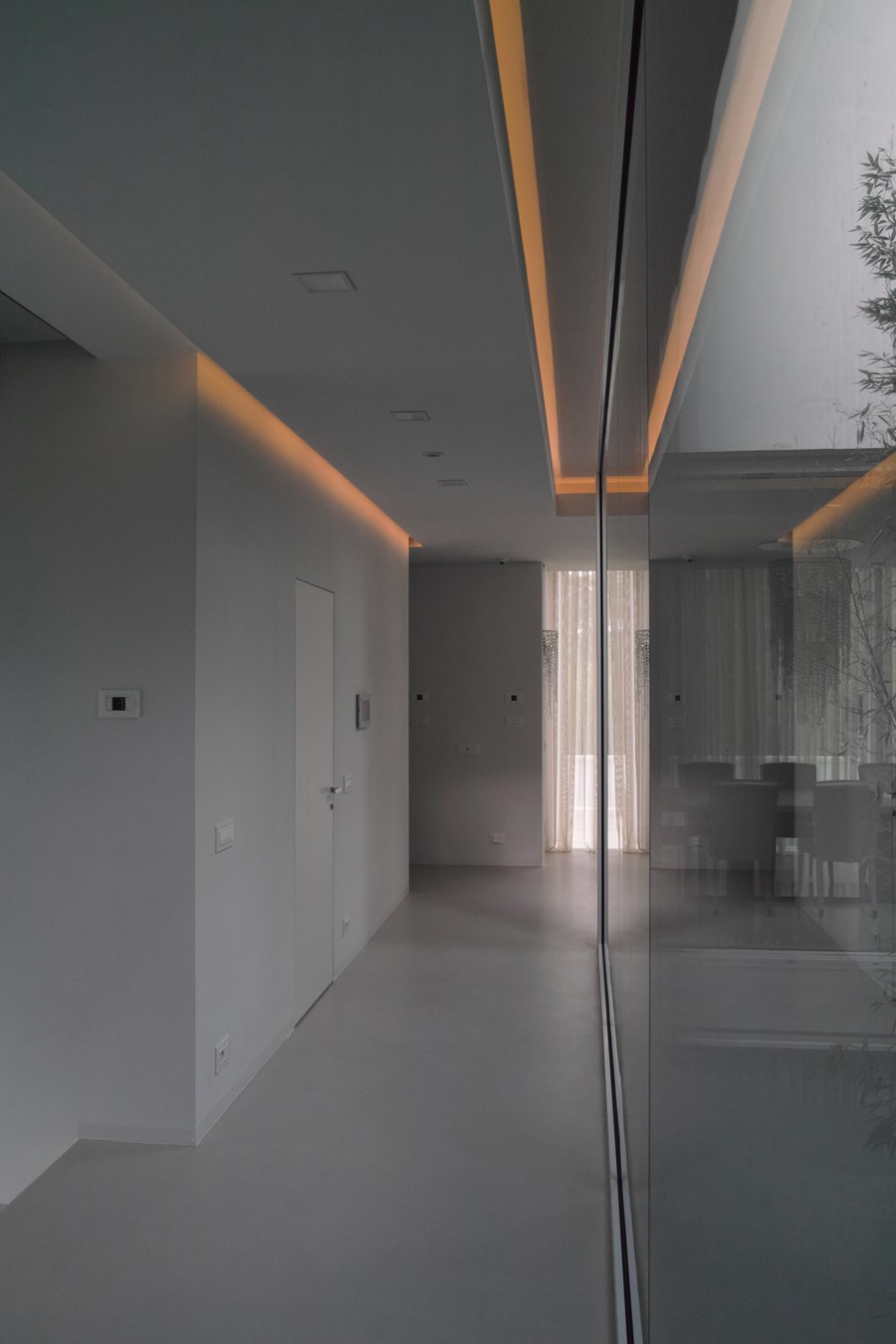 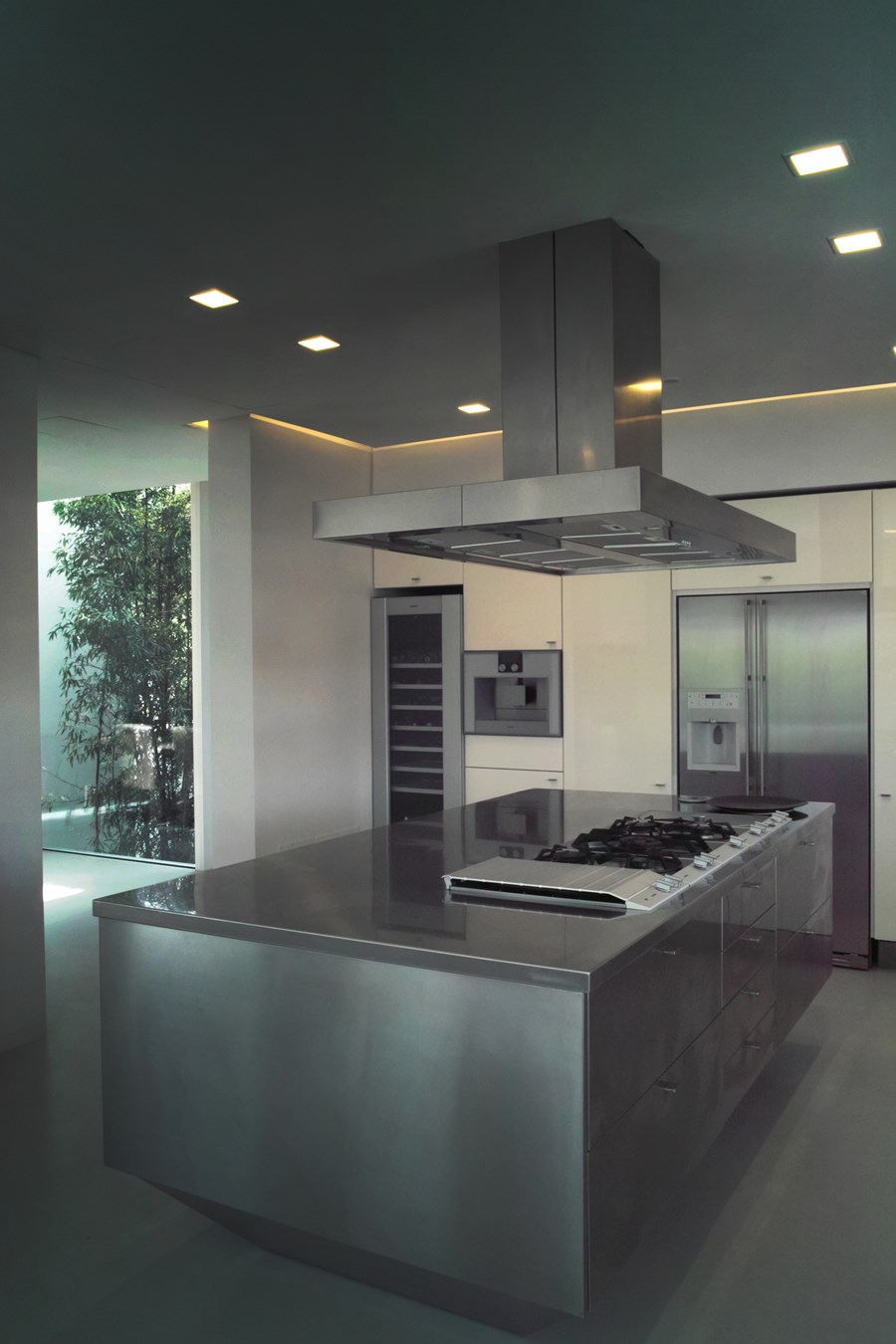 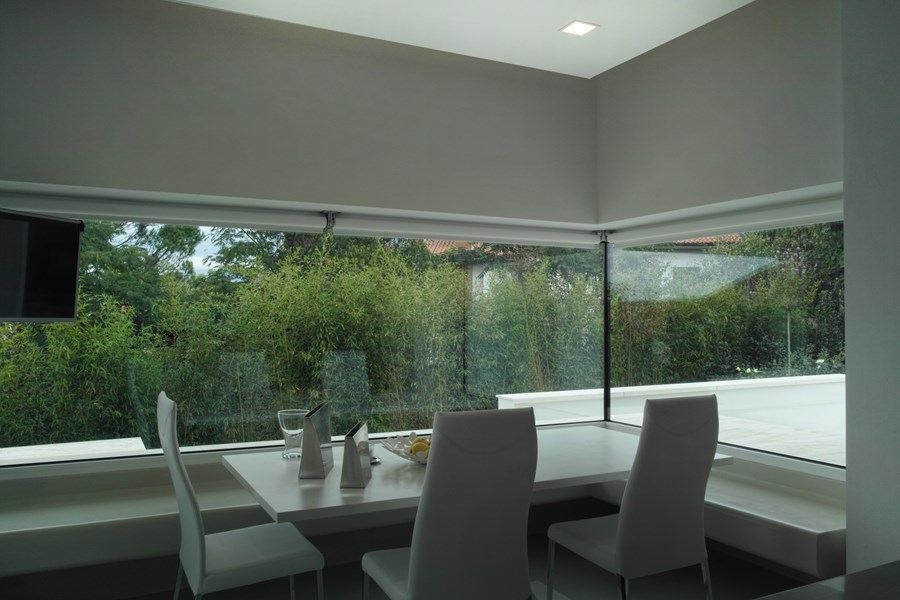 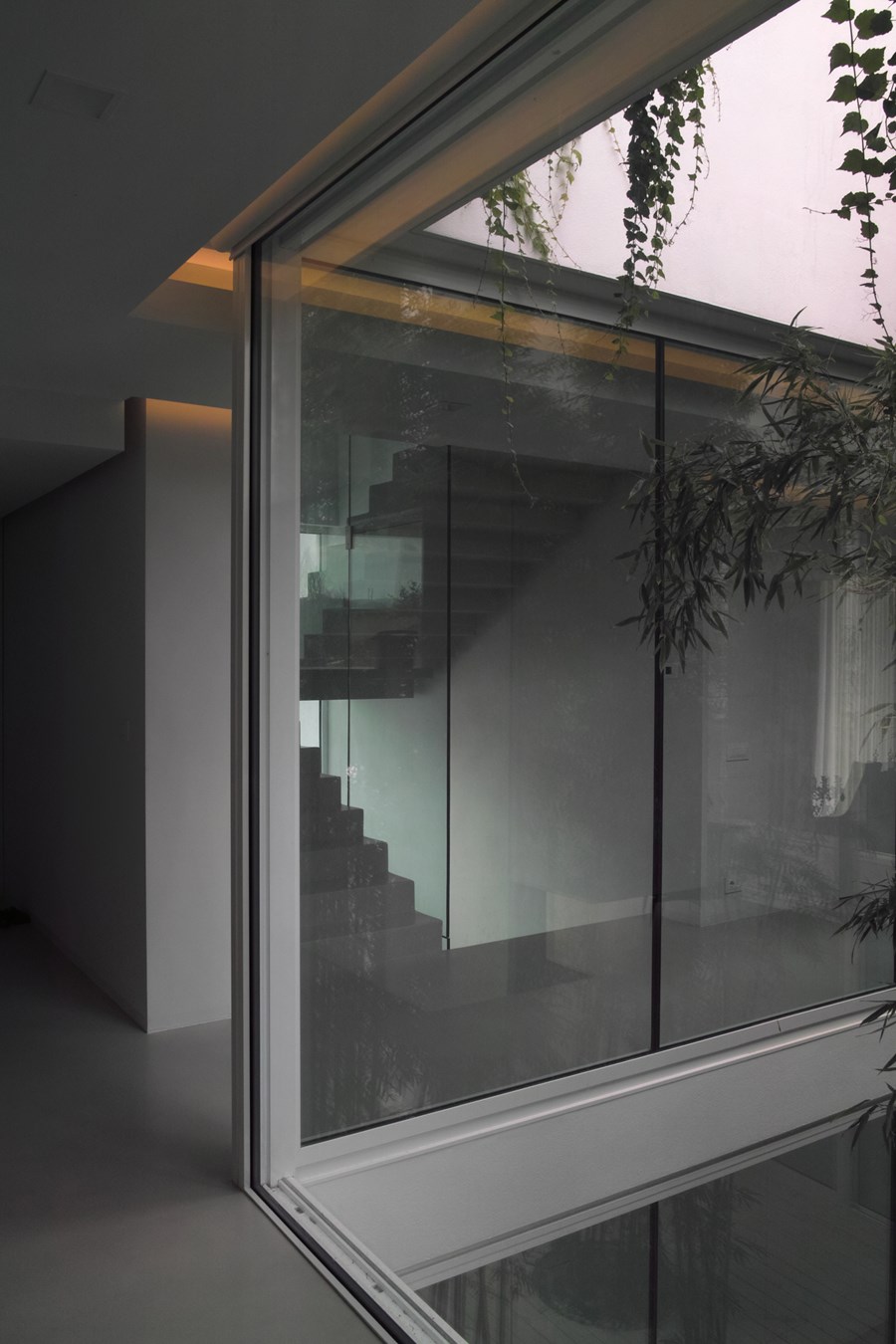 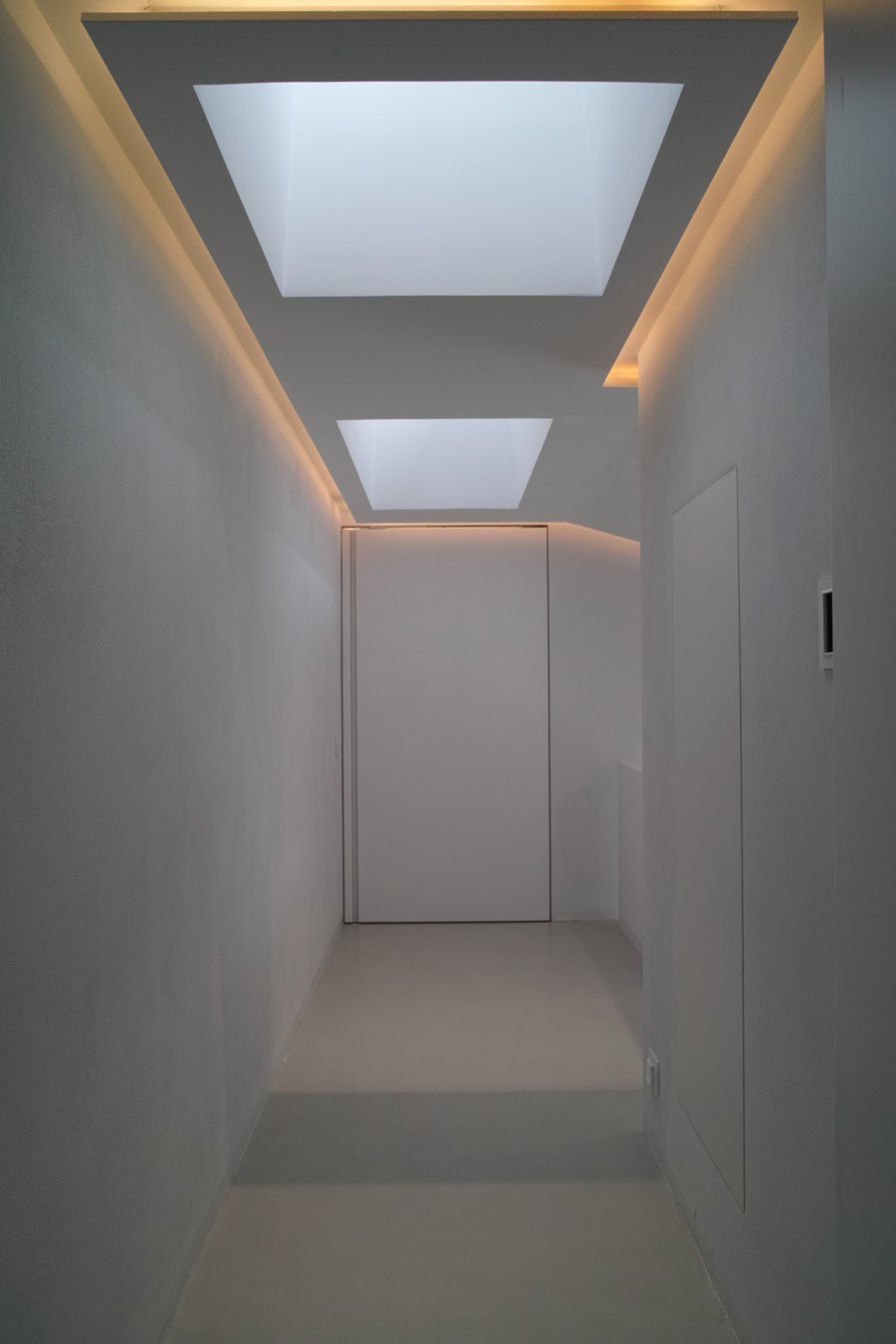 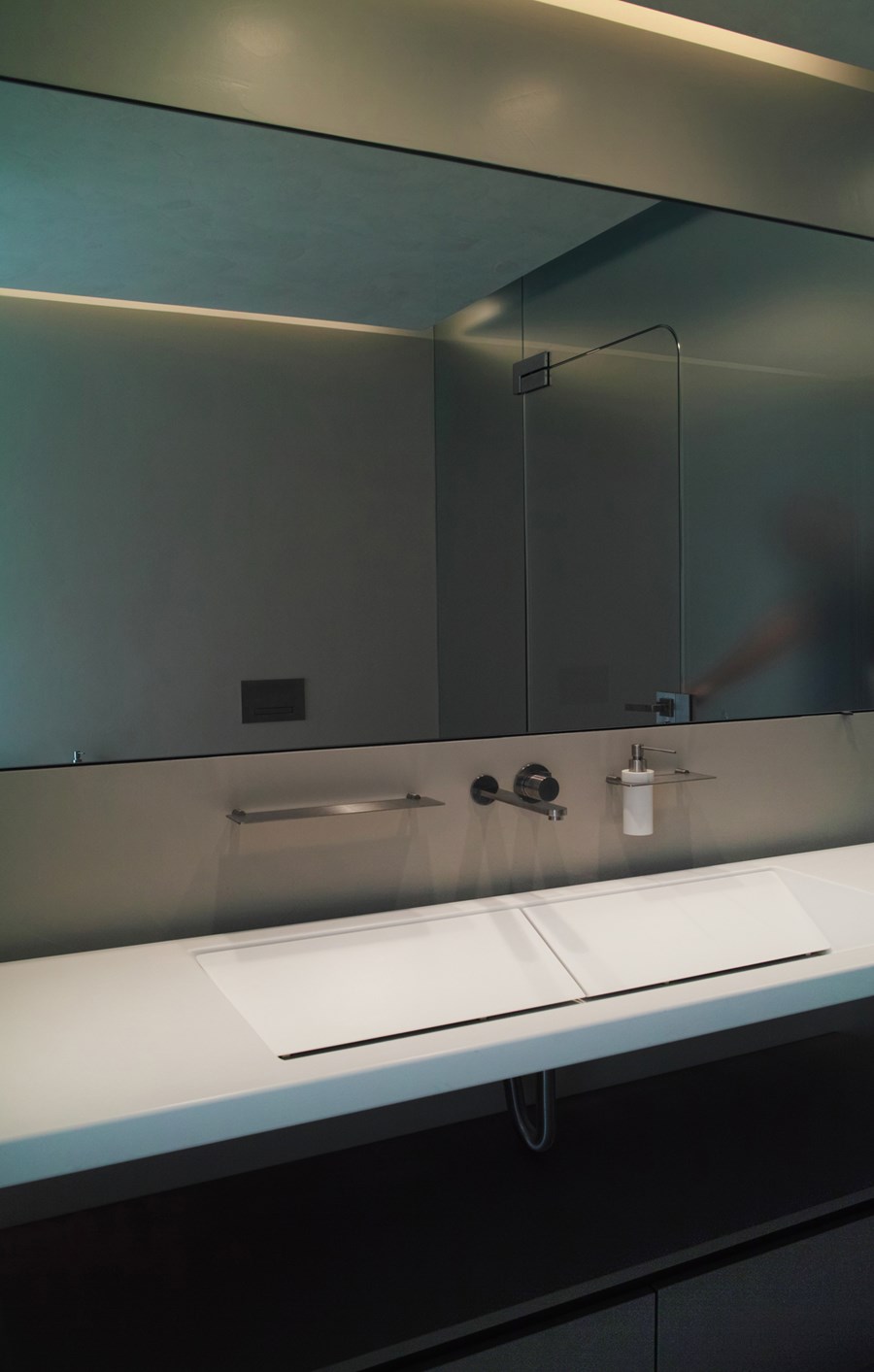 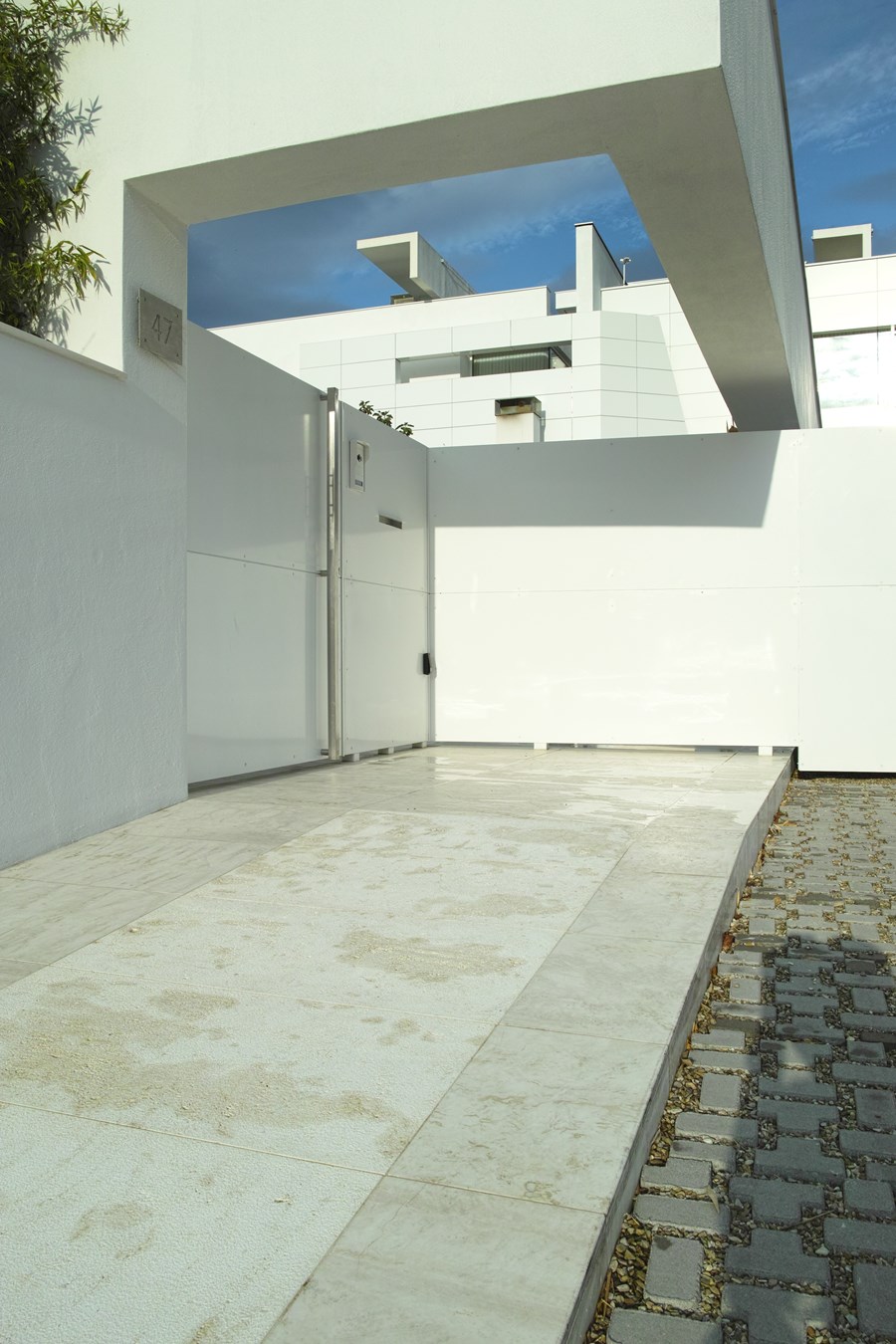 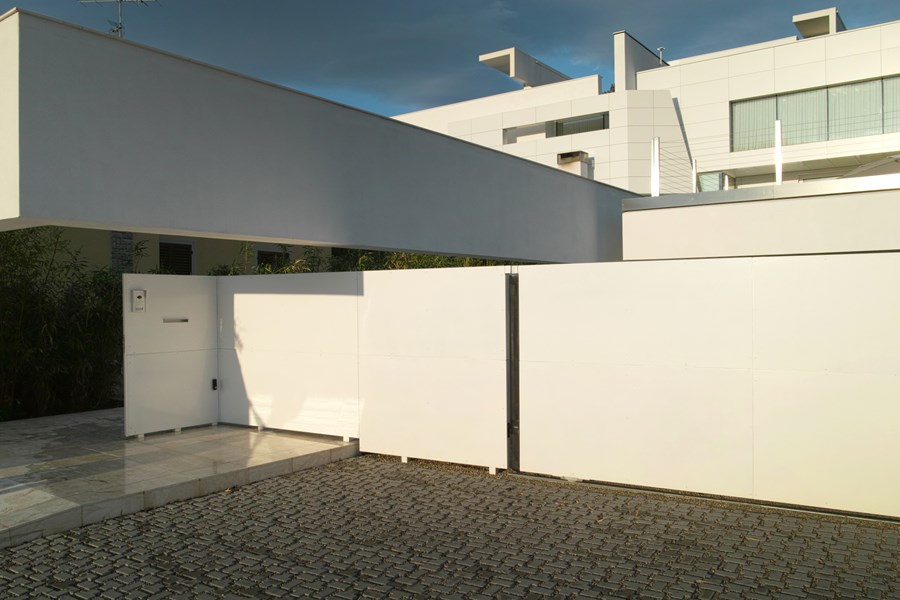 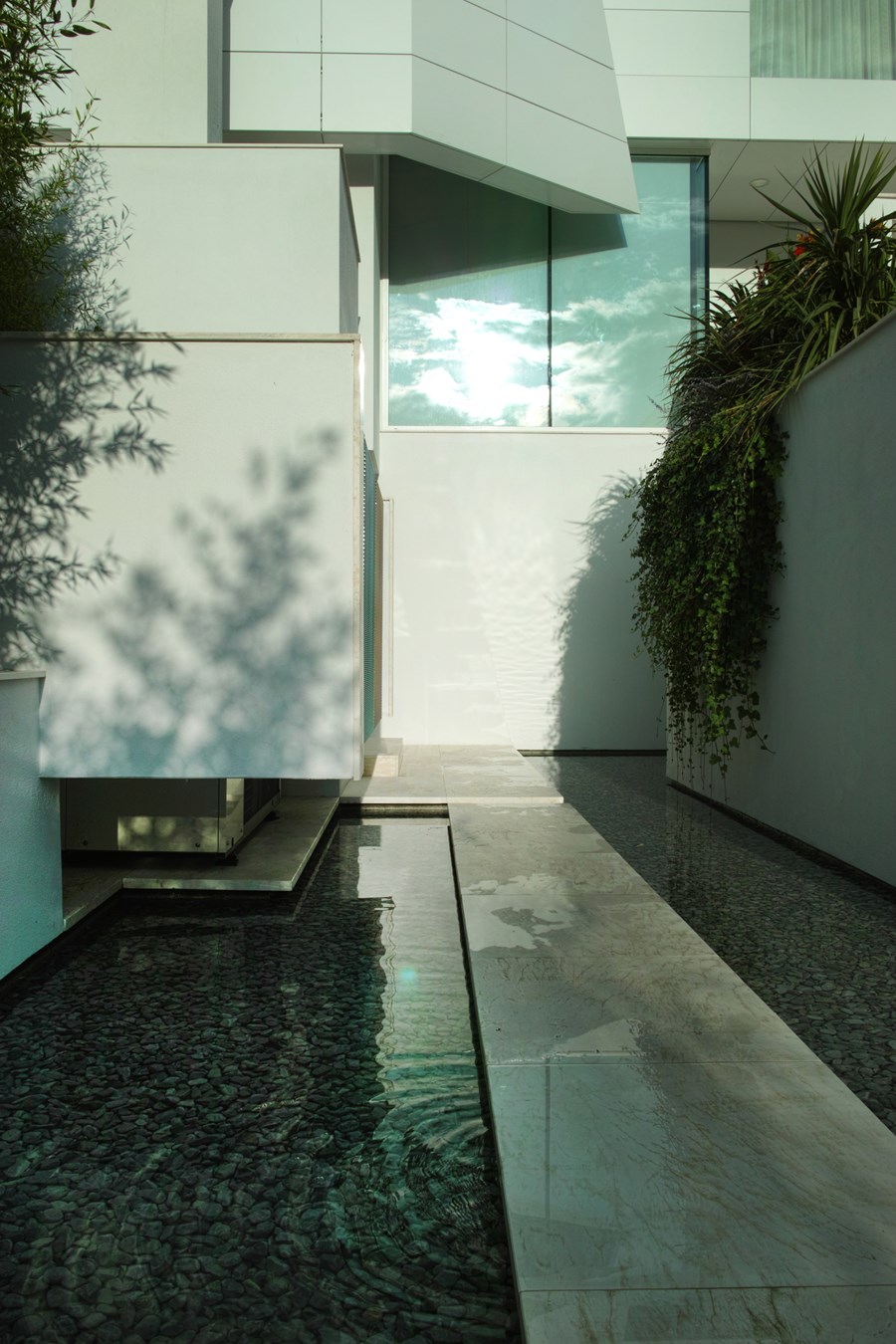 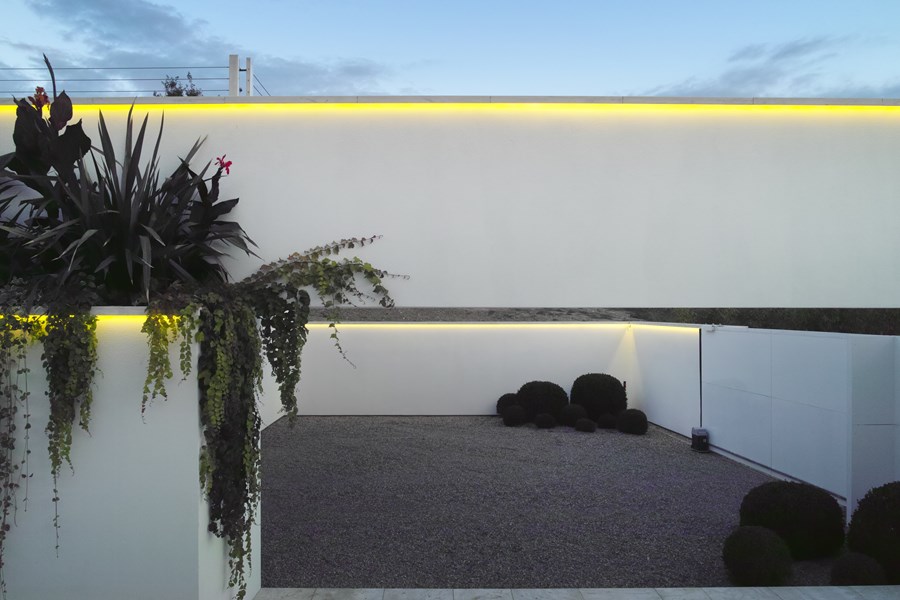 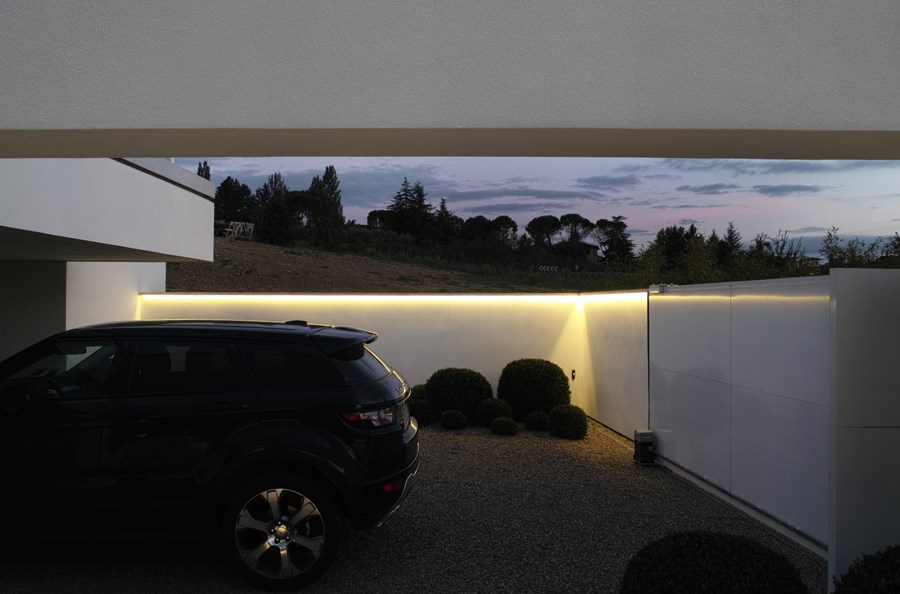 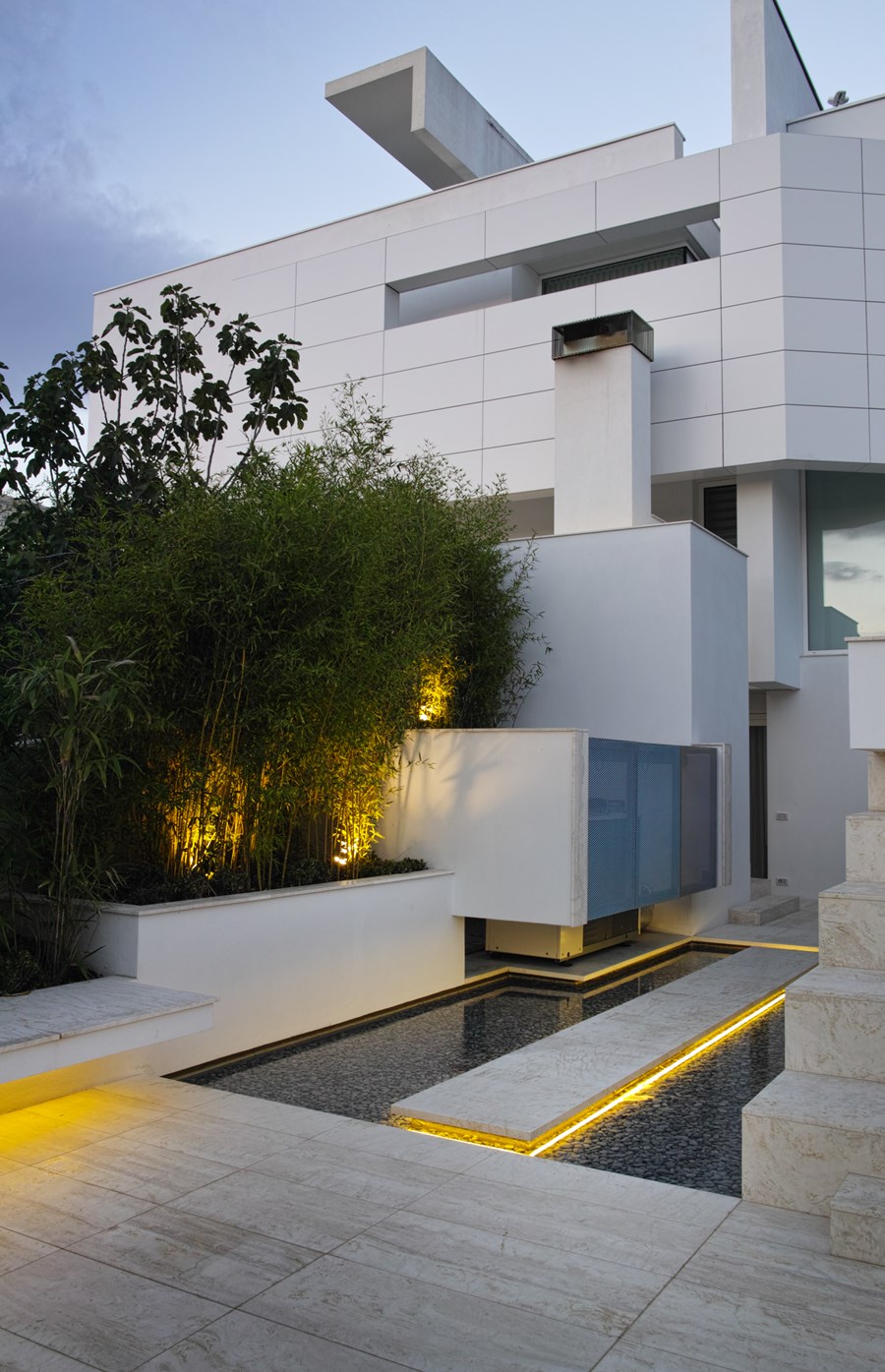 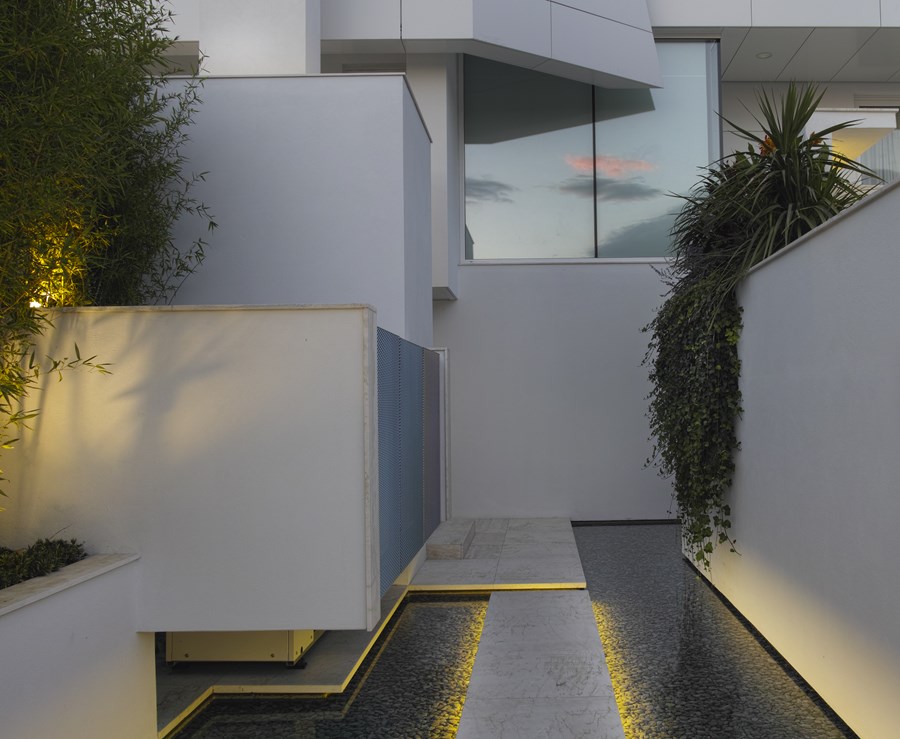 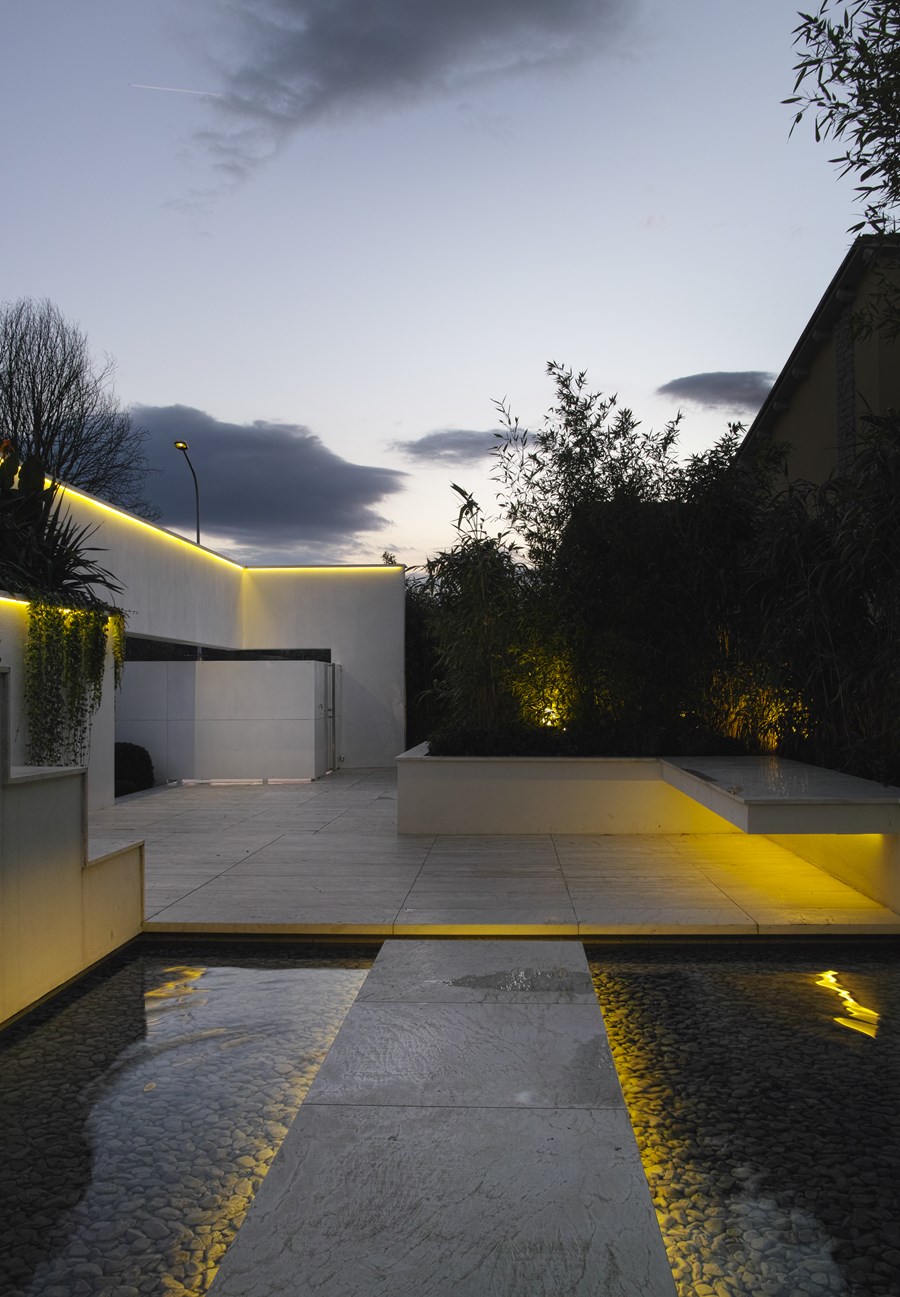 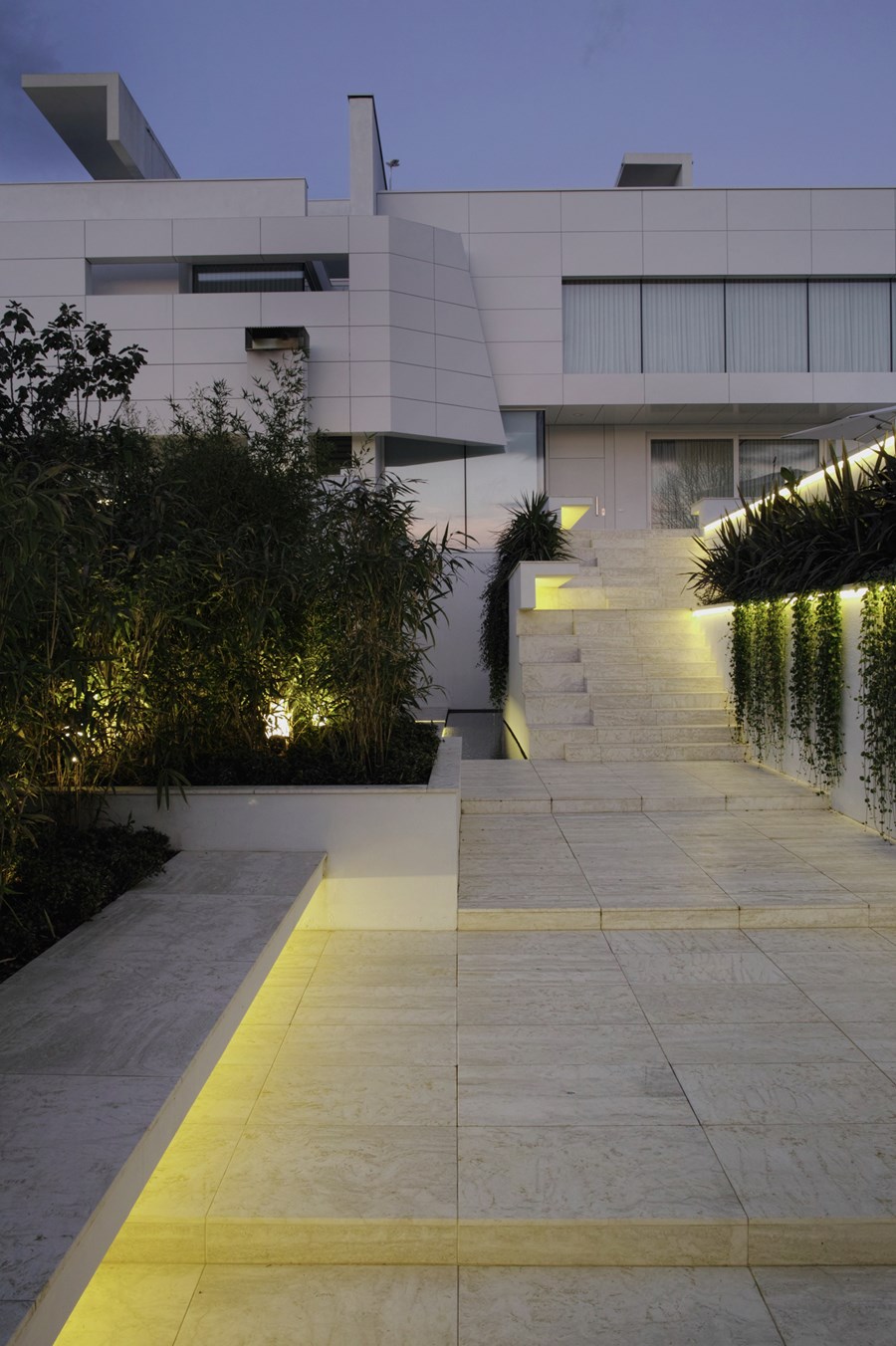 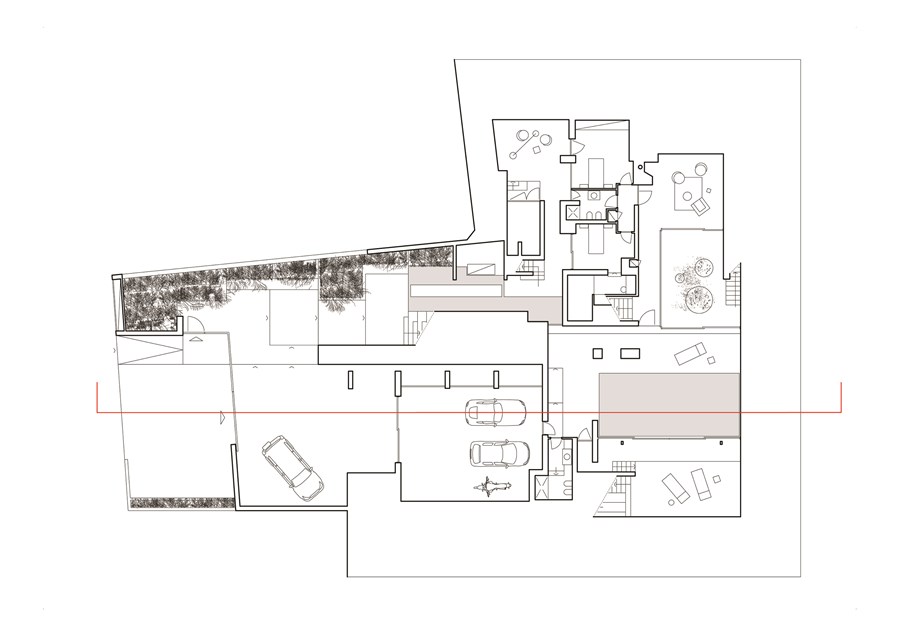 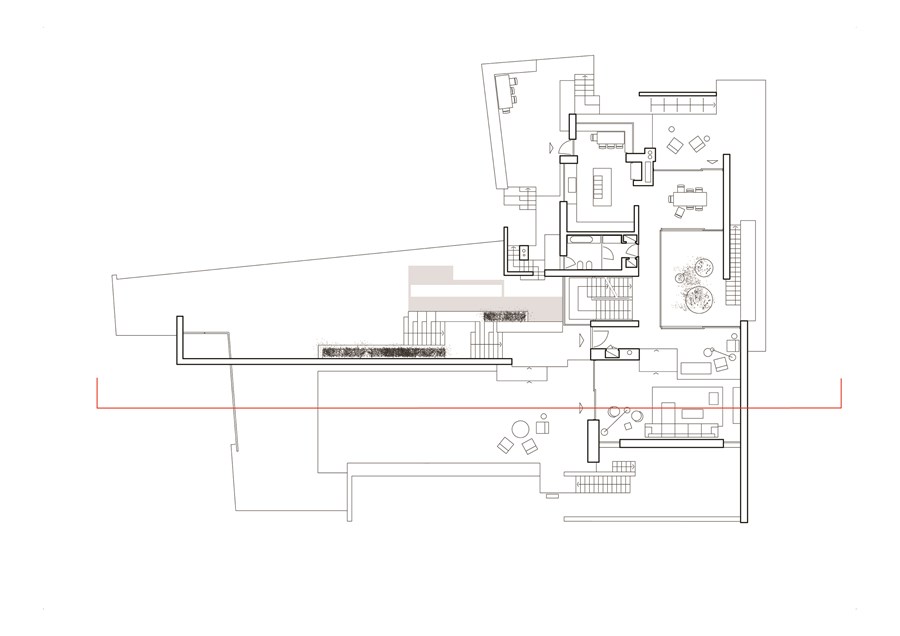 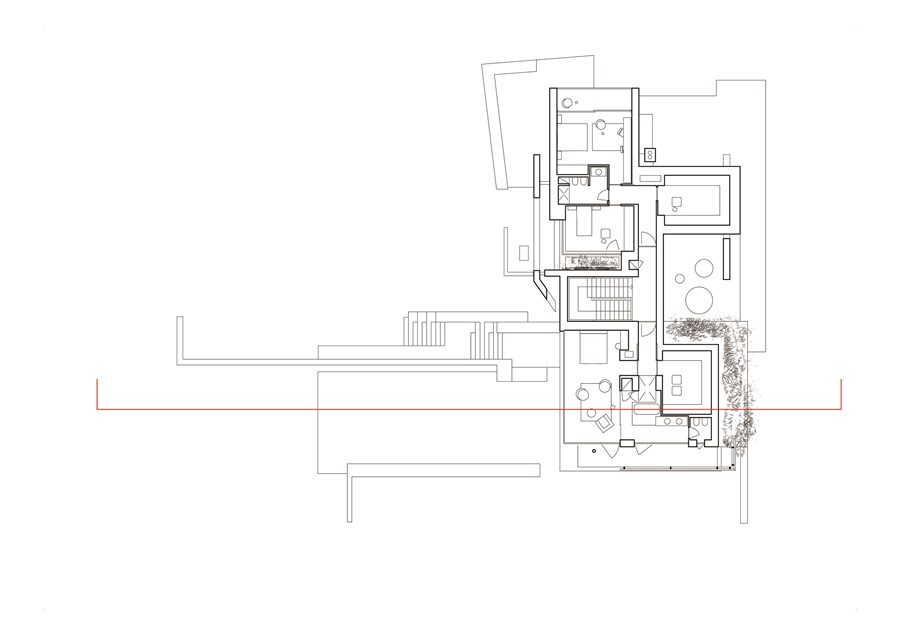 The unit has been organized around a central courtyard with the function of home life’s core; this compositional logic allows a visual reciprocity between the different environments with many possible views mixing different spaces and functions.
Its centrality is partly contradicted by the perimeter openings emphasized by the centrifugal projections of several architectural elements that have been stretched toward the extreme edges of the available area (a surface very limited compared to the volume allowed).
The sleeping area on the first floor has a private attitude with an “atmospheric” connotation due to its sensitivity for the natural light changes becuase of the direct contact with the sky through the linear slots cutted on the roof.
In general, during the design phase, the expressive language of this architecture was affected by the client’s preference for the ninety degrees angles and the flat surfaces, which has prompted the designers to overcome the static nature typical of this initial setup through the strategic dislocation of the volumes, the use of suspended masses and shifted surfaces.
Then, during the construction, similar choices pushed decisively toward the total white option and the number reduction of the materials used, which have been plaster for all vertical surfaces in combination with metal panels (ventilated walls made with aluminum panels – layered panels) and stone slabs , combined with floating wooden surfaces (accoja), for the external floorings.
We wanted to use “low-tech” solutions, when possible, which could ensure the internal microclimate control in a passive manner through the natural flow of fresh air from the green external areas.
Photographs: Architettura Matassoni