Extension Jordan is a project designe in 2008 by heri&salli. The “House Place Jordan “contains structural interferences in an existing garden plant of a single family house in Klagenfurt – Viktring (Kärnten/Austria). 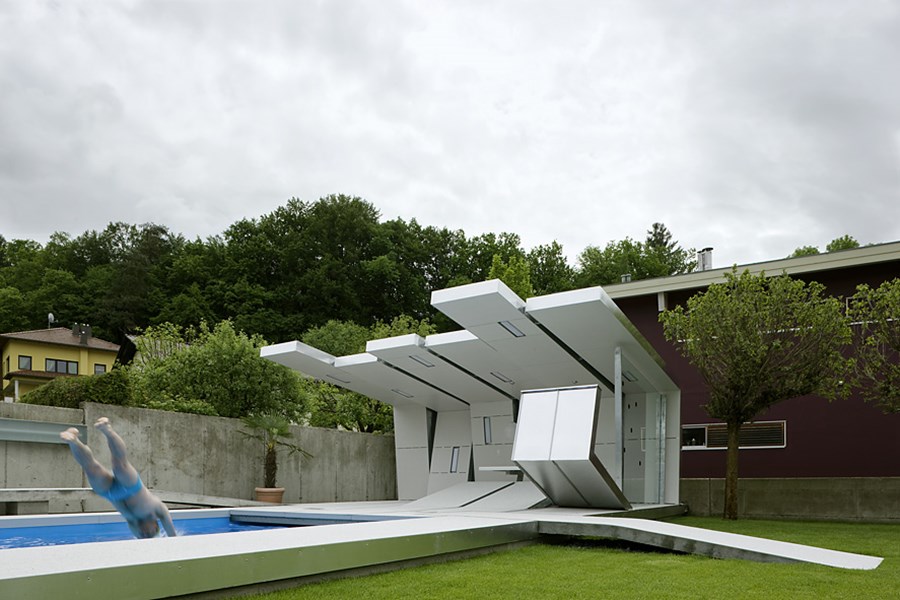 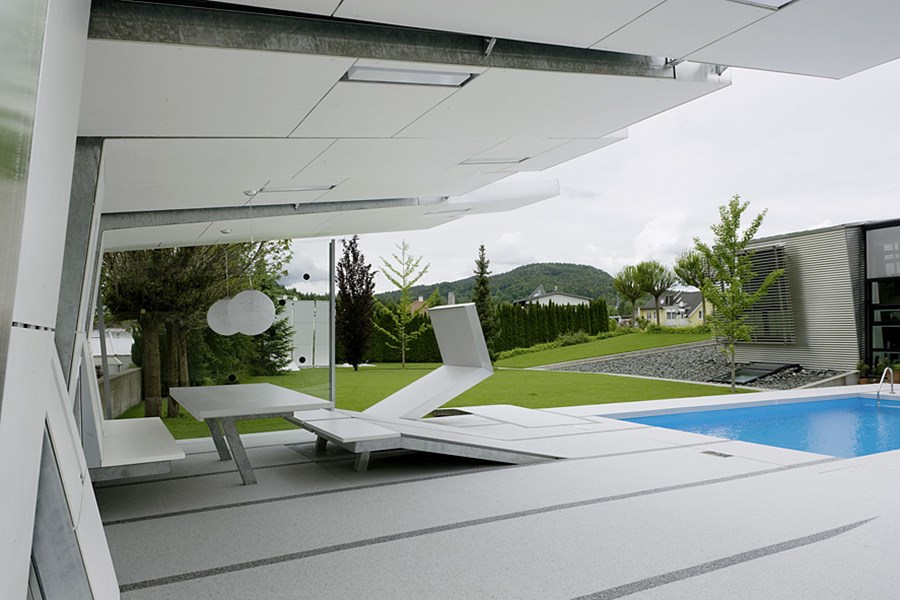 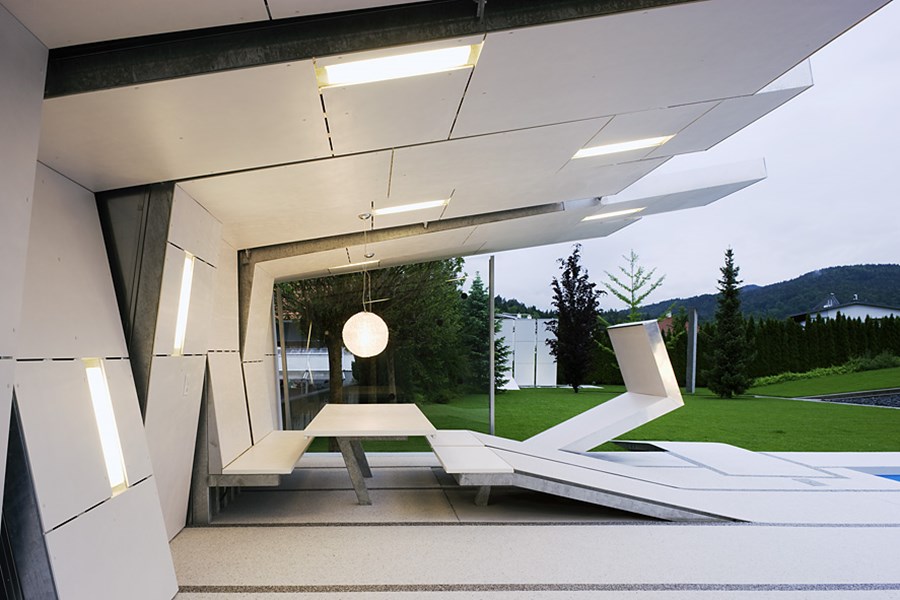 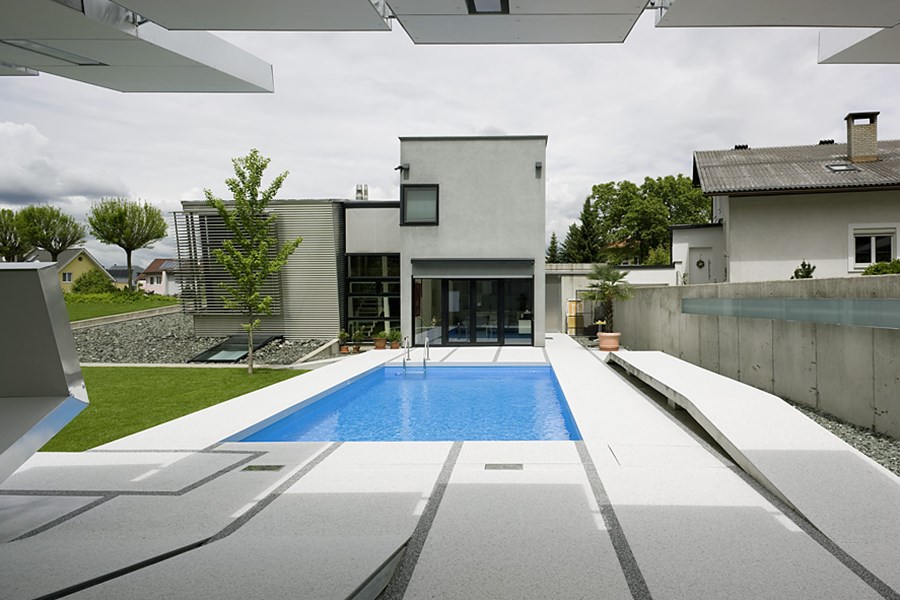 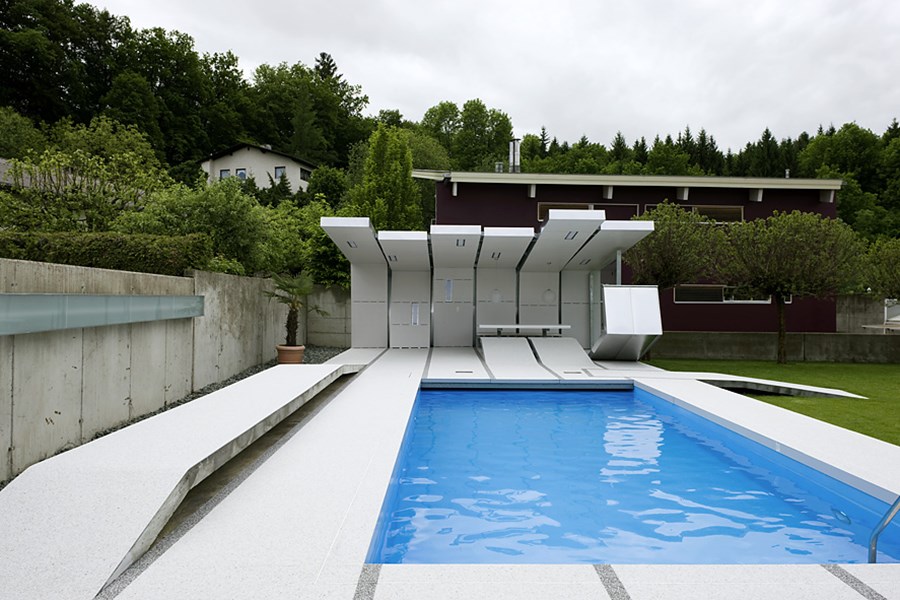 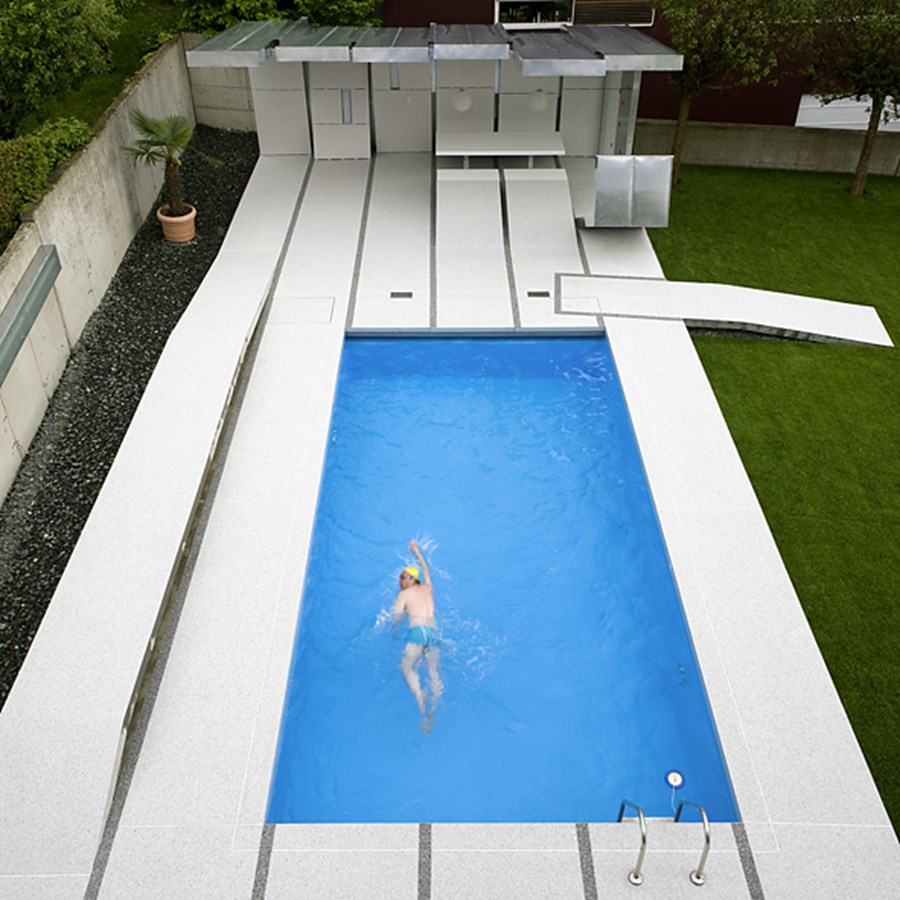 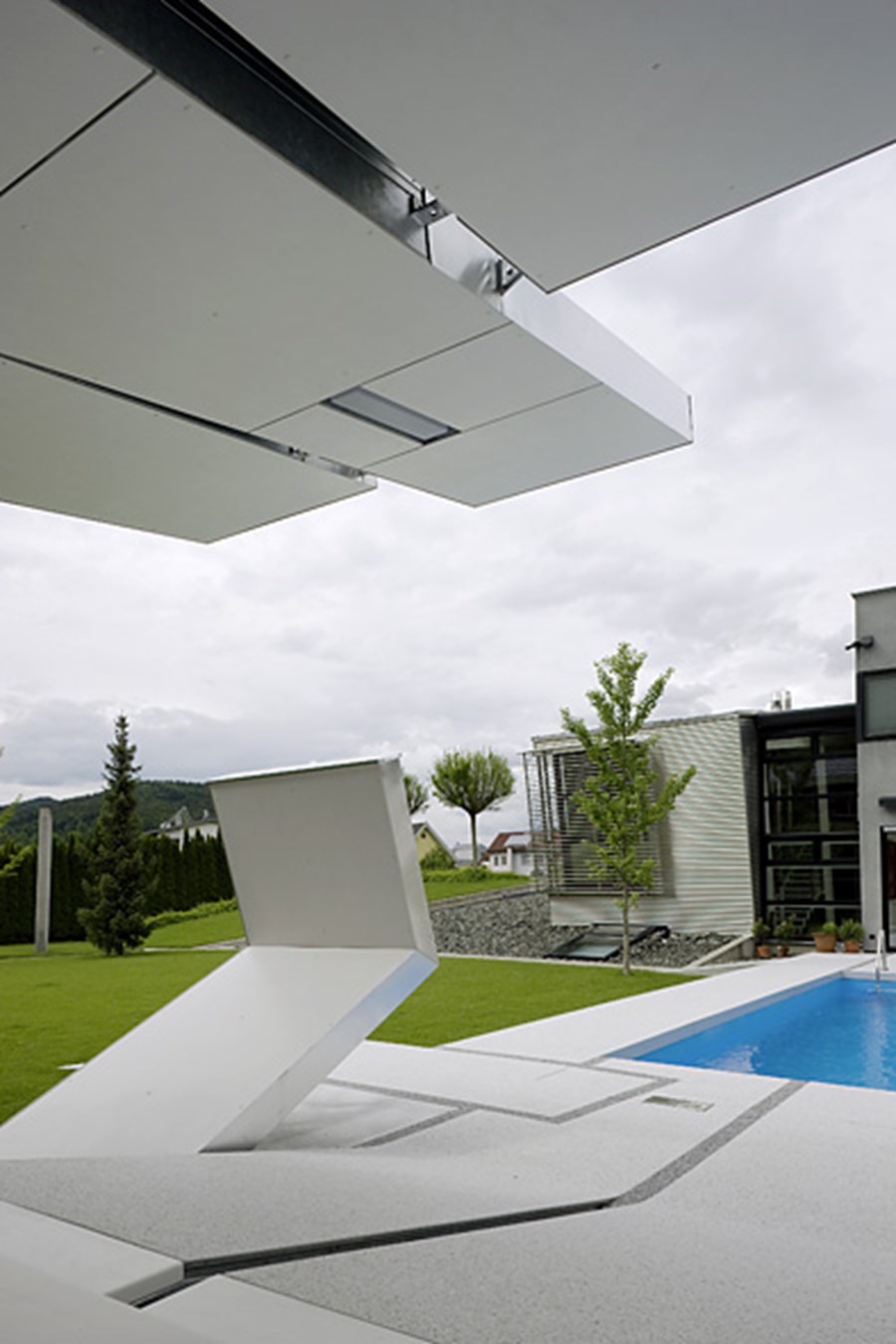 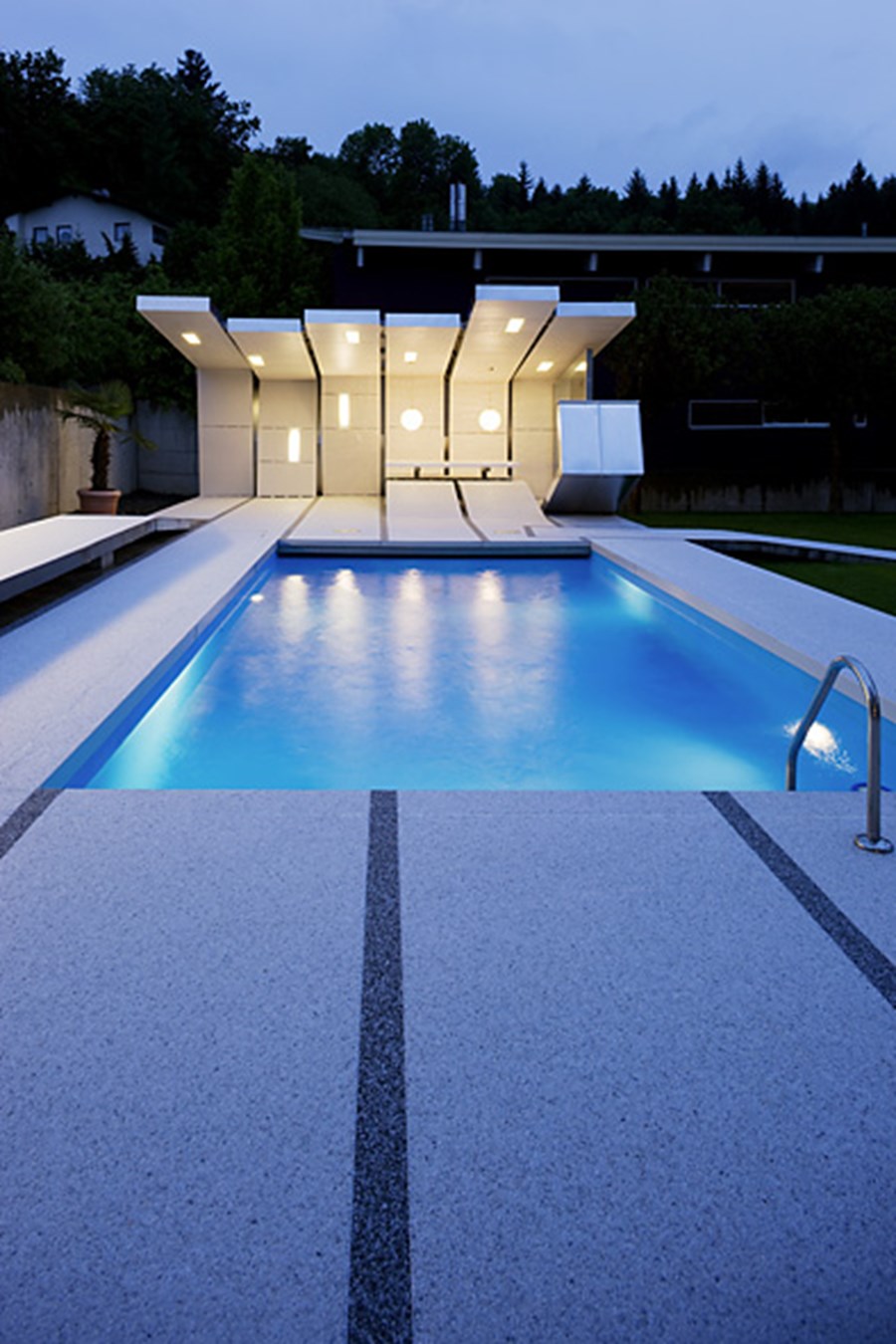 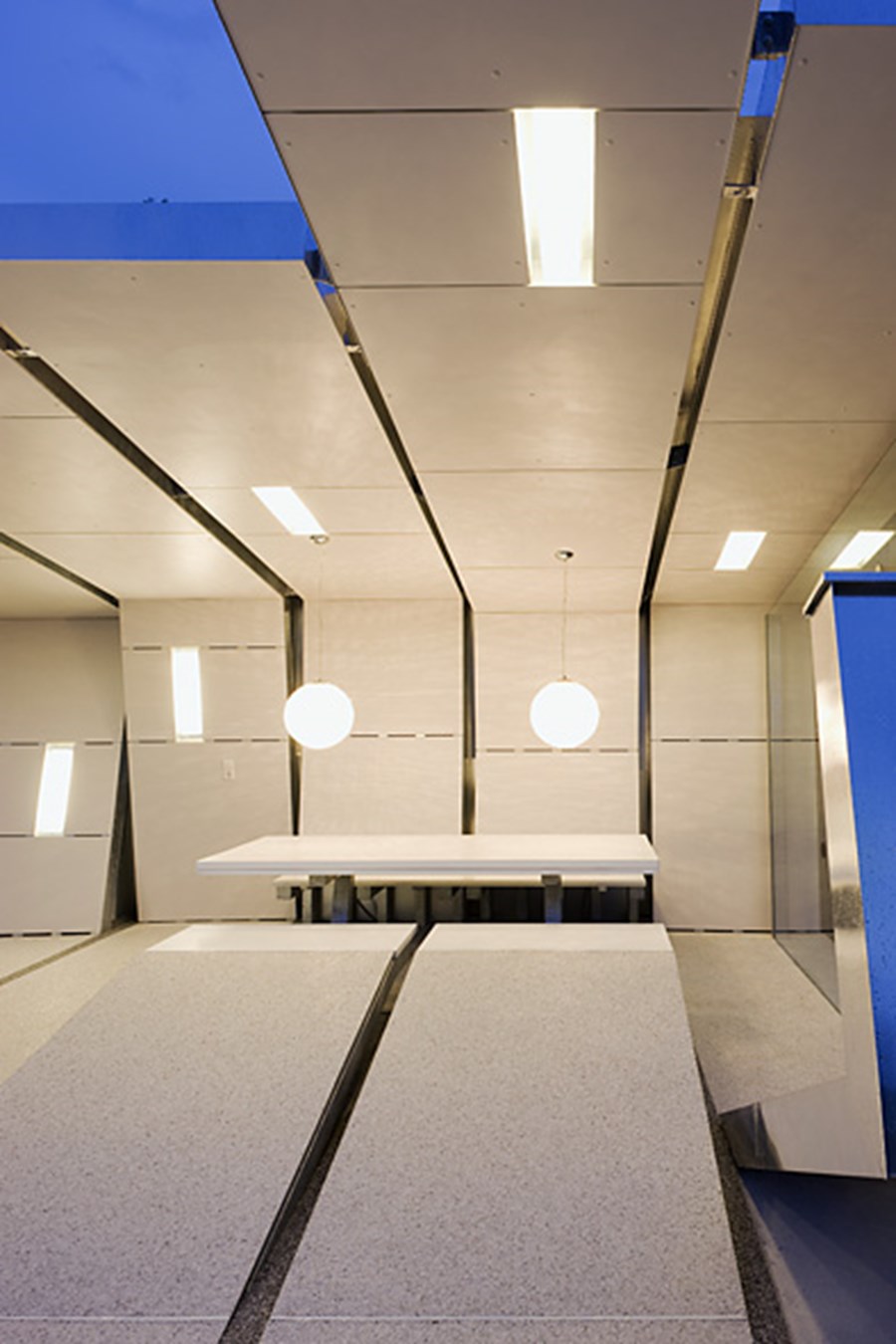 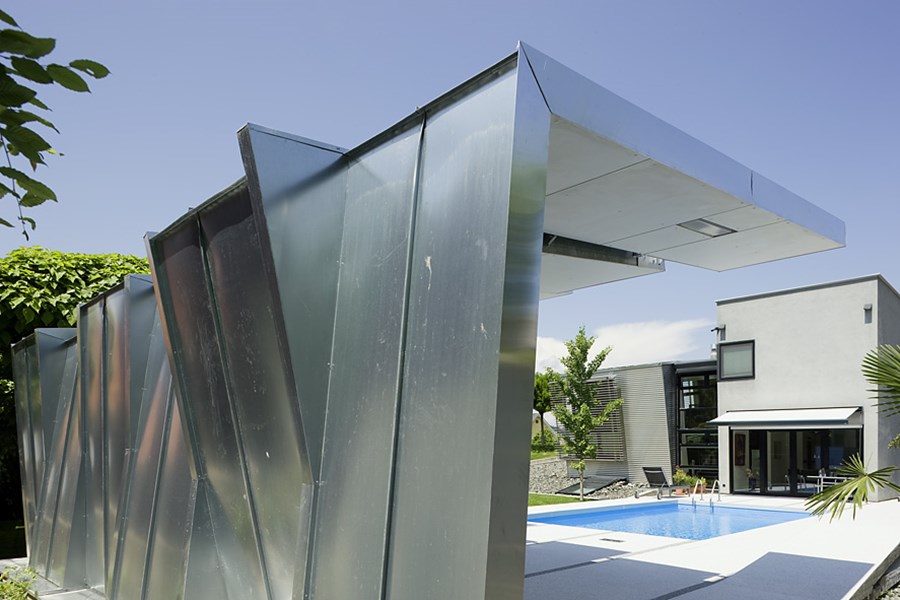 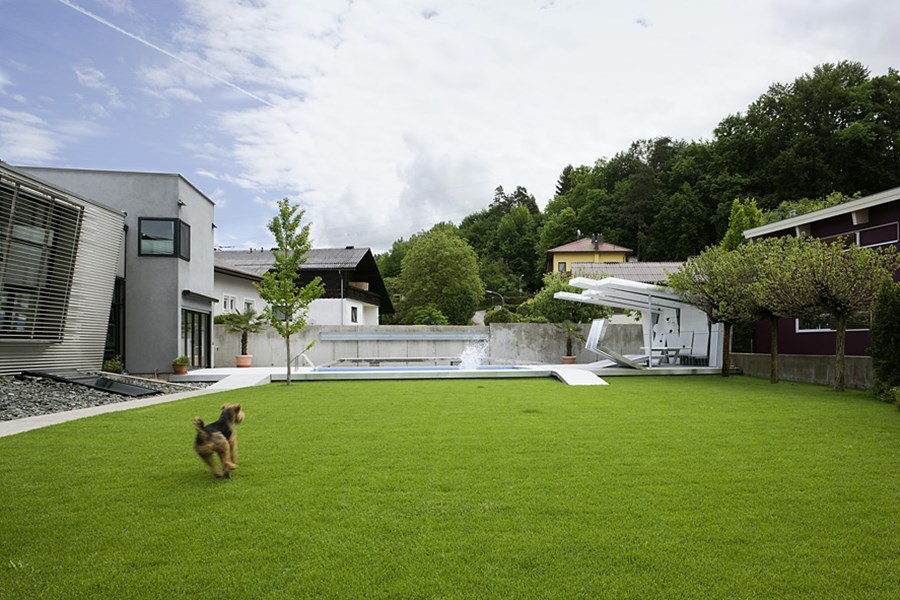 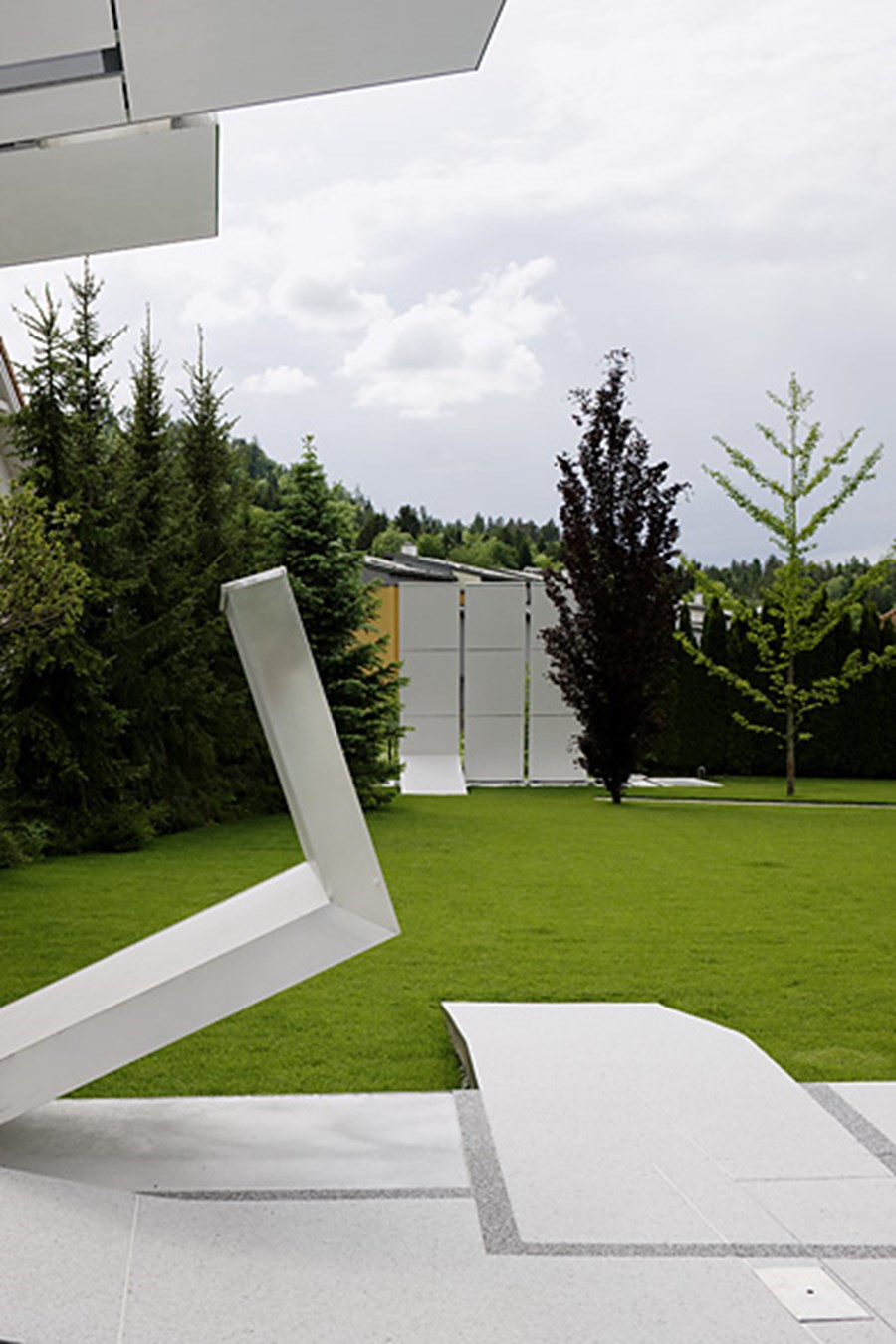 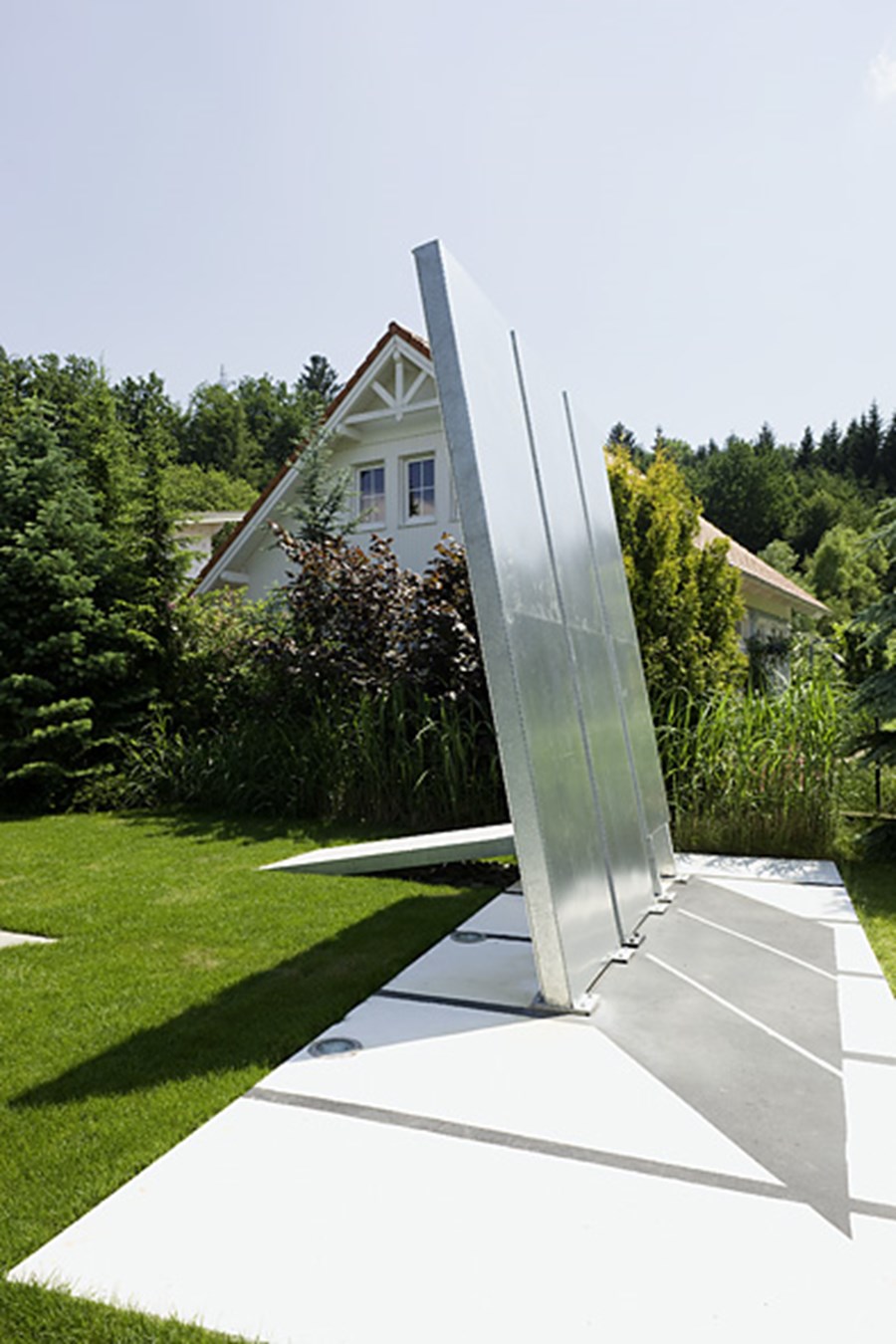 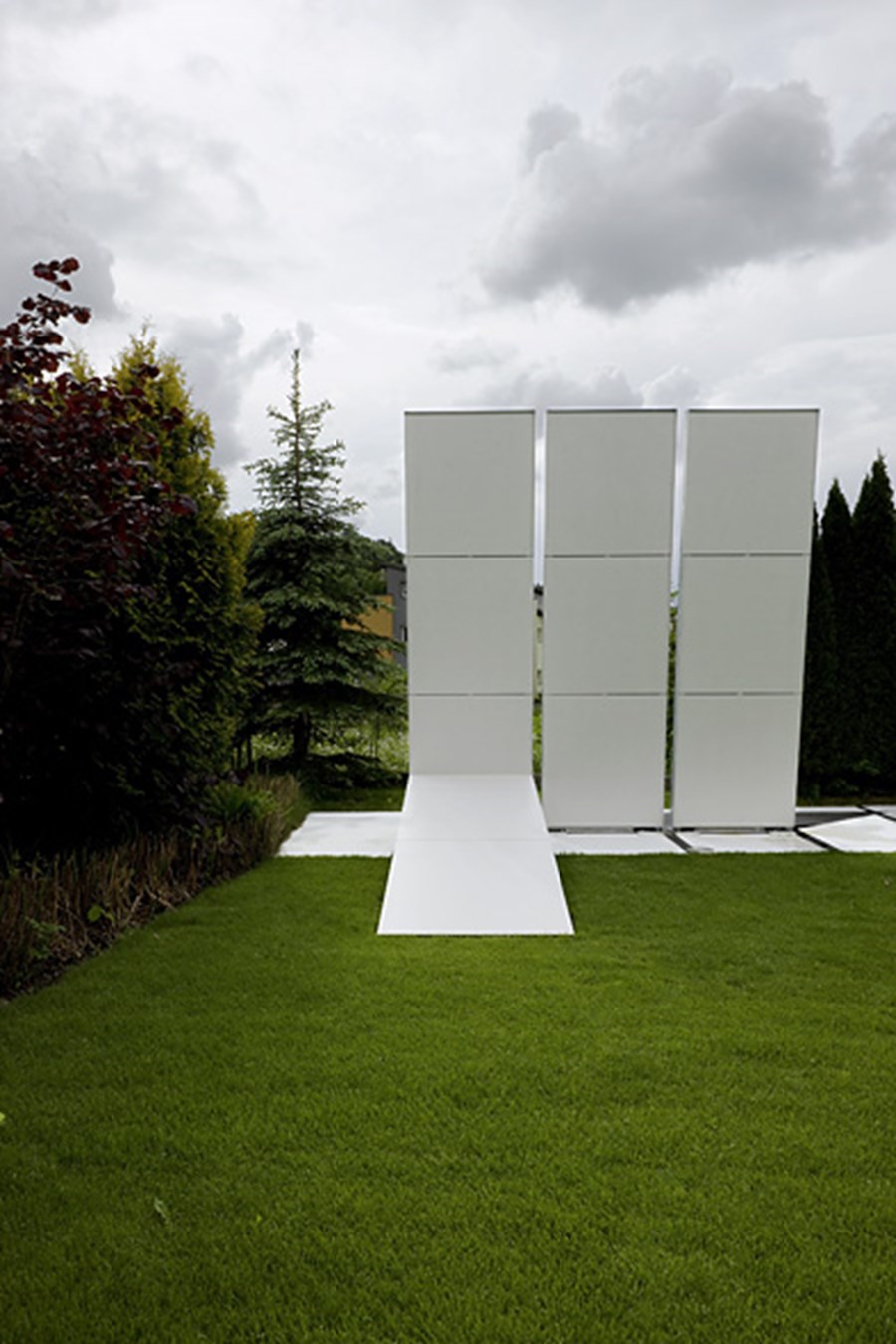 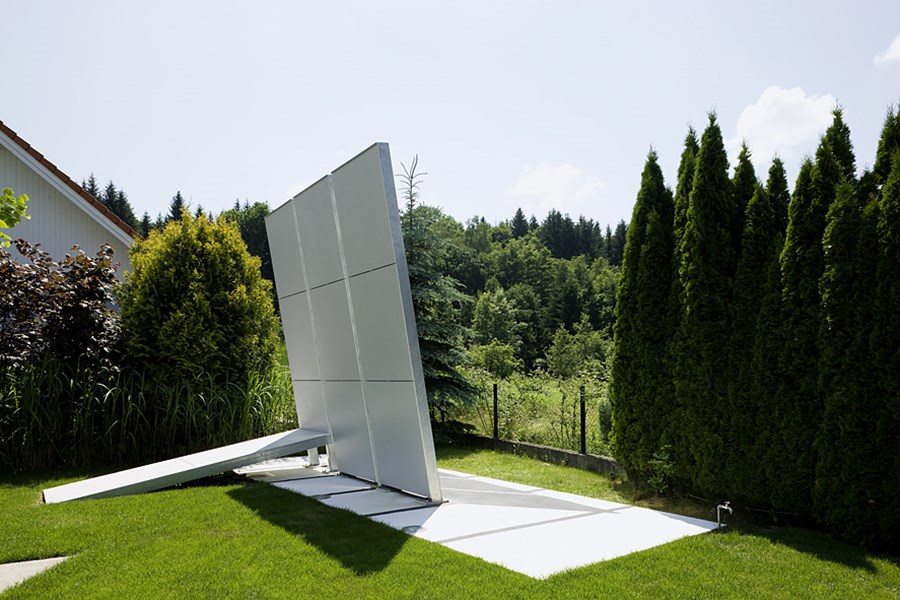 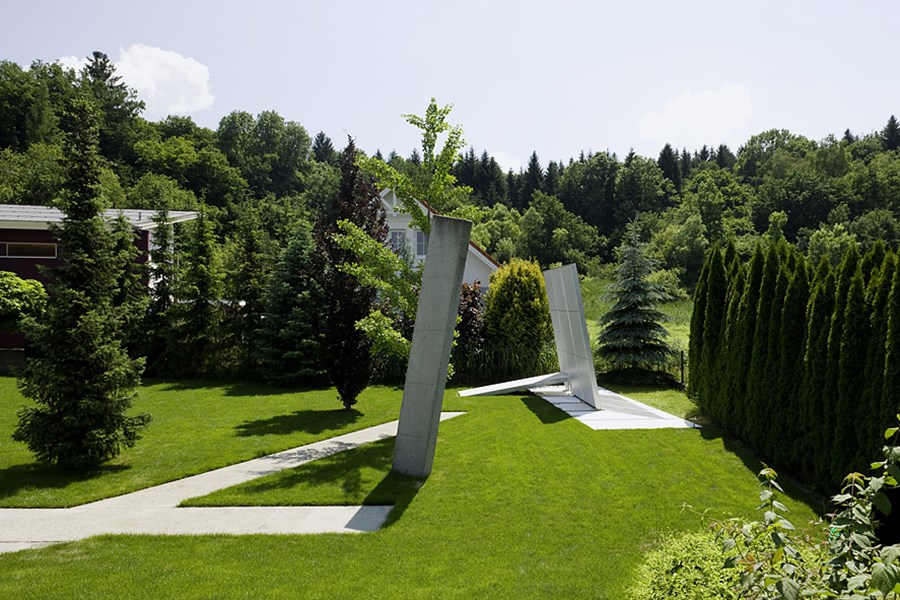 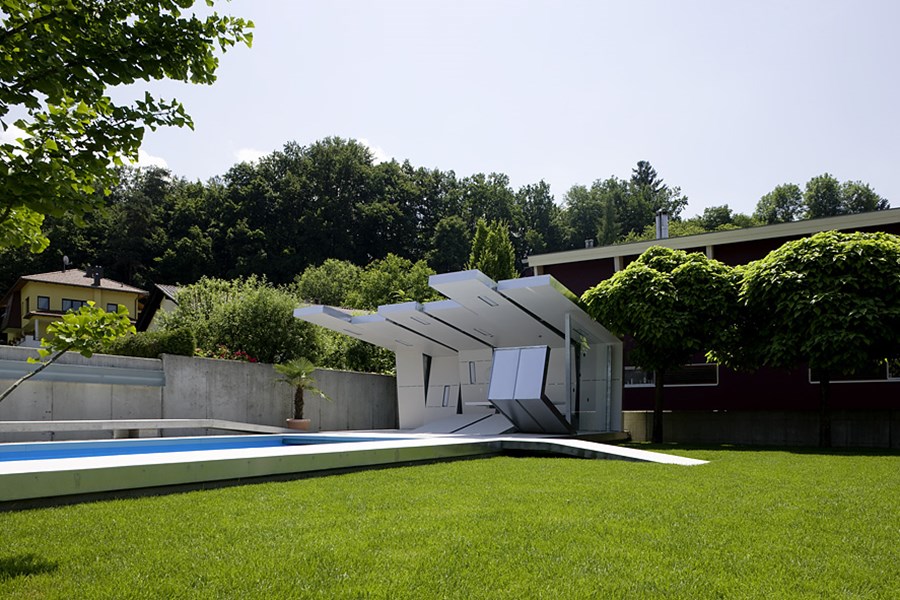 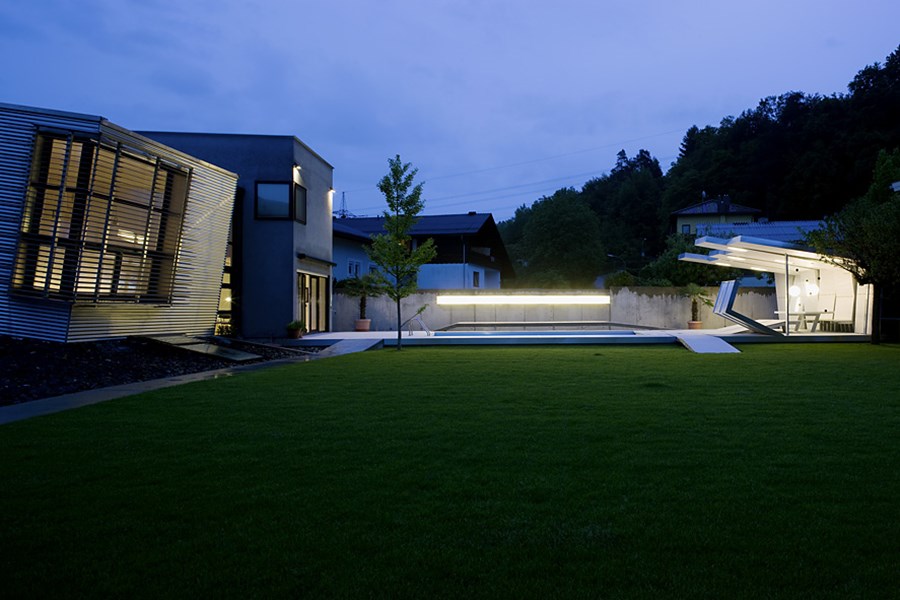 Geometrical existing ways leading through the garden and extended in their function of ways – understood as linear surfaces of spatial possibilities – detaching, consolidating themselves, forming spatial compressions, into the earth disappearing or to the sky striving. Always co-ordinated as some kind of service to the user The existing condition and the starting position In 1997 the house Jordan in “Klagenfurt” was built after the plans of the architect Wretschko. In 1999 was added a rising plate after sketches of Tom Mayne. One receives on the one hand the feeling that the house is positioned at a hill, on the other hand distinguishes the property itself from the environment and offers protection for „an internal “ so called free space.
Two geometrically linear ways through the garden open the most important places for the user. It was a desire by the owner that the garden should remain as a “wide” existing surface. A far field of different possibilities to use. There was a swimmingpool with a surrounding concrete area existing. Also a summerhouse was added in the following years – this should not exist any more and be cleared away.
The main goal, which should be founded in a private competition under three architects, was to create on the one hand a new lounge (summerhouse), on the other hand in addition, certain separately elements distributed over the garden – an existing ‘”view-protection” should be removed – should be brought up for a new discussion. A new unit of not cultivated an cultivated surfaces in the garden should be achieved.
Interferences in an existing garden Due to the existing situation of the garden situation we tried to create and continue a kind of landscape character. The existing rather elementarily arising ways are taken up and subjected to spatial dynamics, different functions and tasks following. As simply accessible surfaces to stay around the swimming pool, as seat faces or couch surfaces, as a table….or as a roof, to offer protection or “view-protection to the neighbours.
Also the stripes should create possible positions and movements, as the garden himself should be a free area of possible movements. In the area of the “pool-plate” six stripes line up on each other and take over different functions. A fragmentary strip as a ramp has the task leading to the lawn. We describe this as a kind changing stripe – coming of the garden and leading into the garden -….. immersing, releasing the movement and in the area of the “view-protection” again emerging, and receiving function. Each individual strip of the “view-protection” is associated to an existing stripe, leading through the garden.
Images: © paul ott photografiert