The architects‘s office heri&salli from Vienna created in a residential building of a private building owner in Austria a so-called “Netlight”. A steel construction combined with a Plexiglas shell that dissolves into fragmentary lines was placed in an airspace surrounded by a gallery. 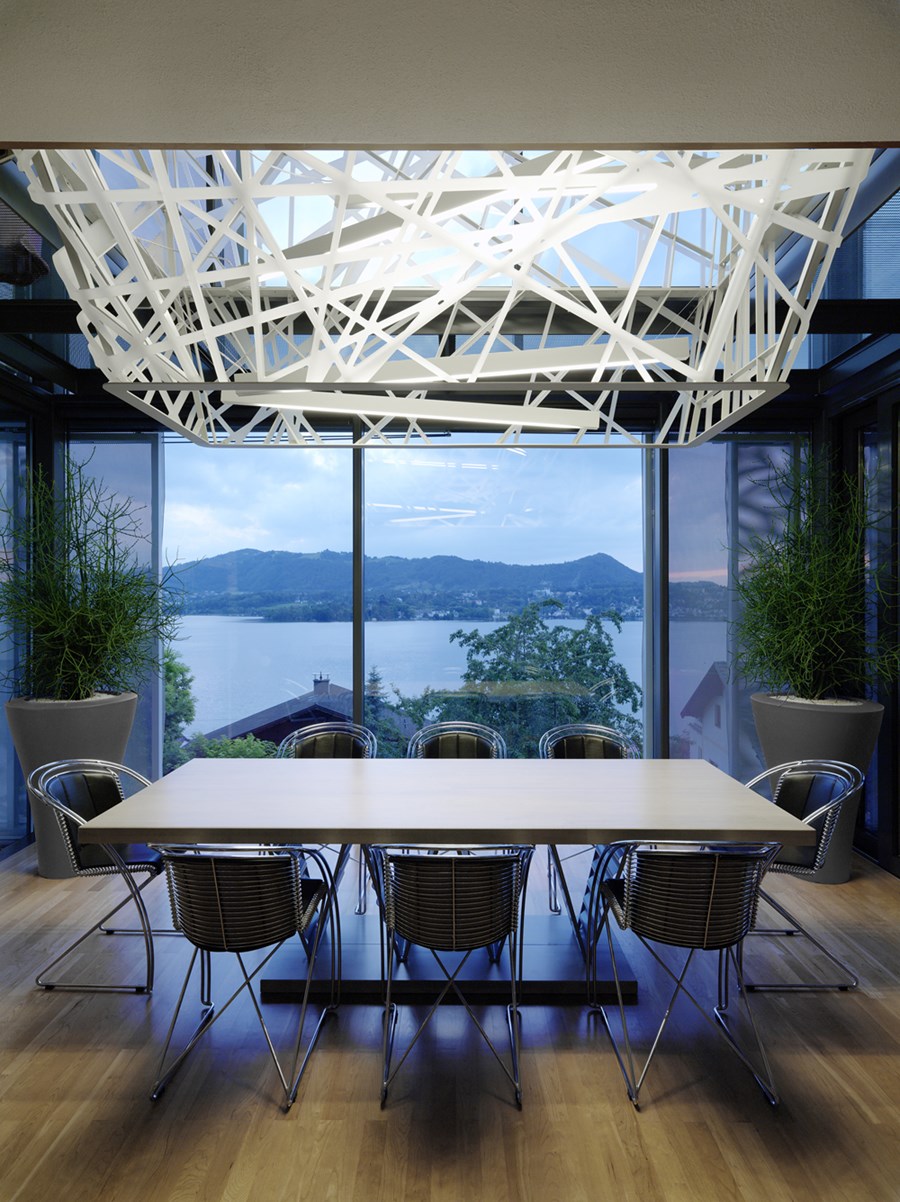 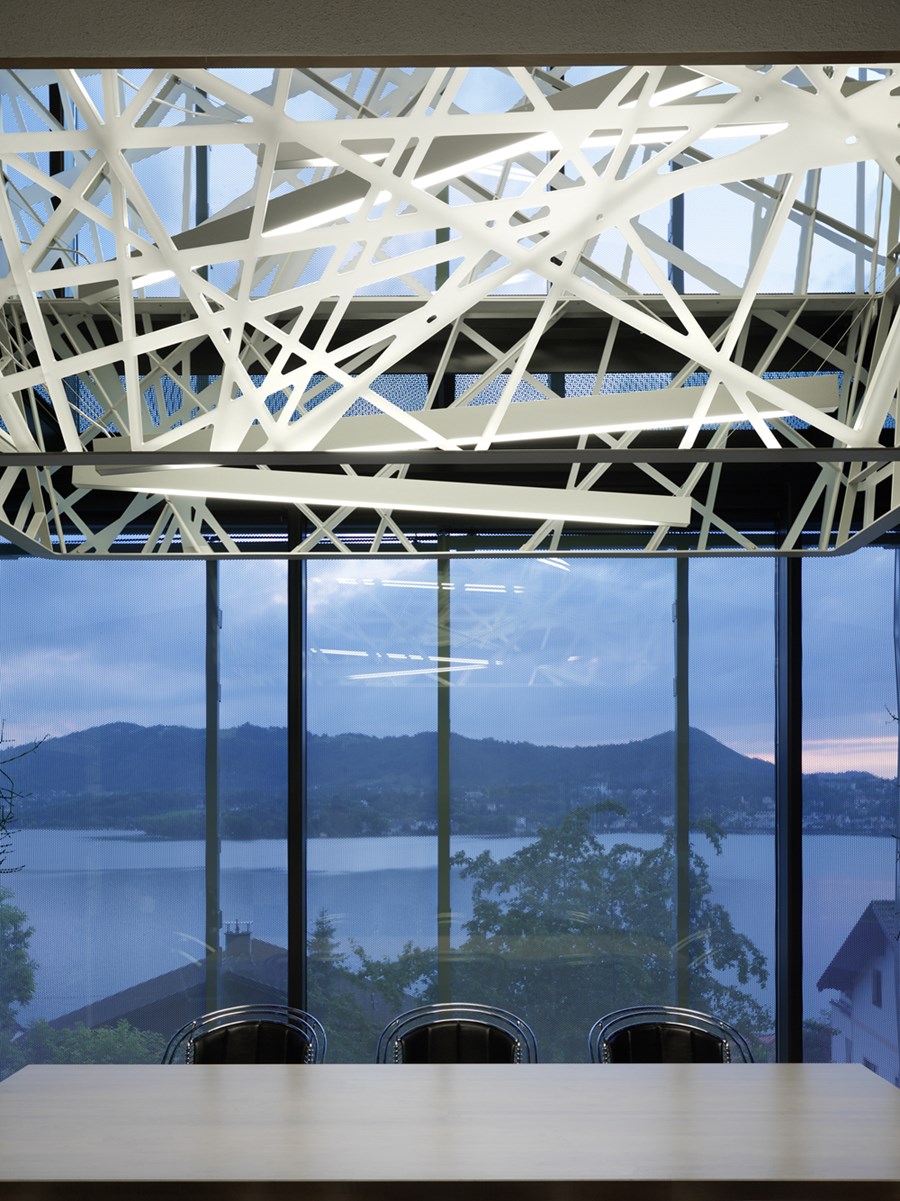 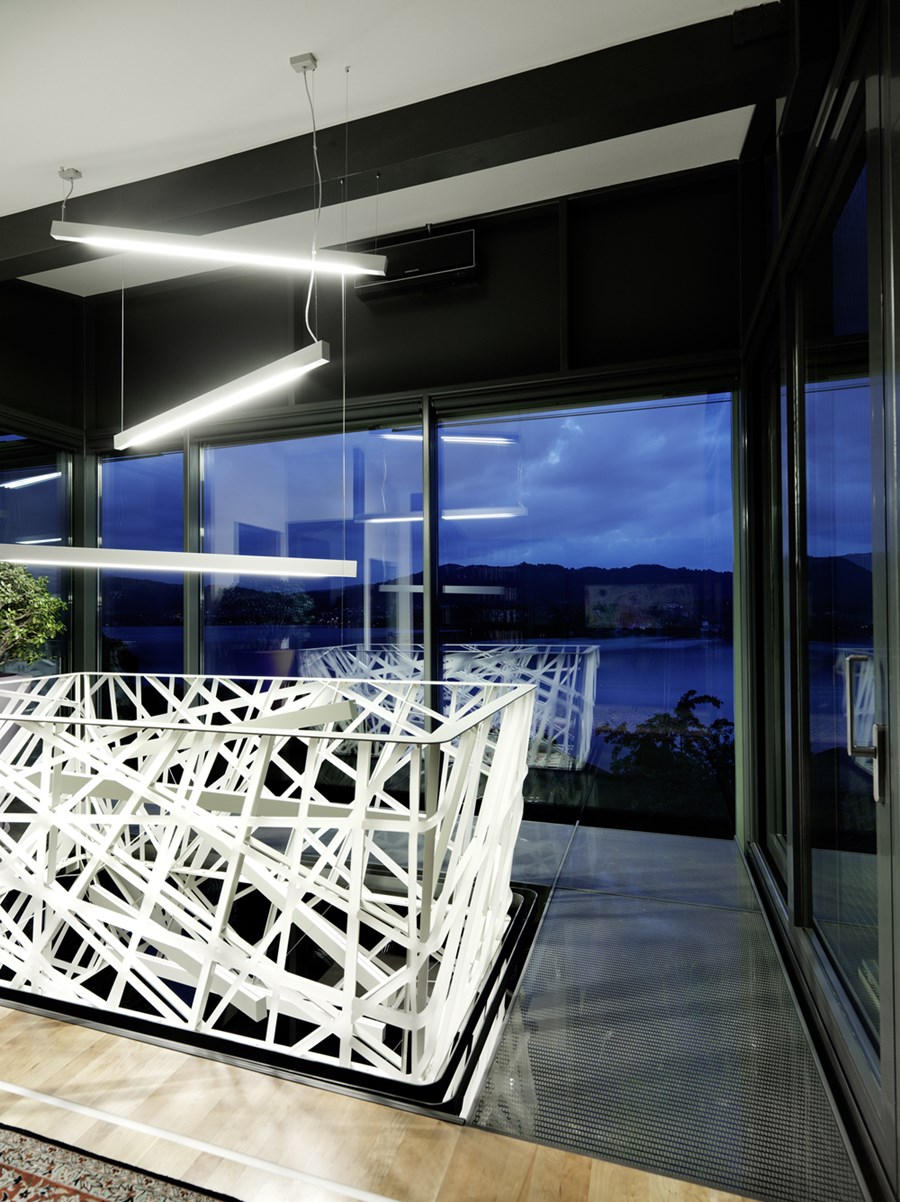 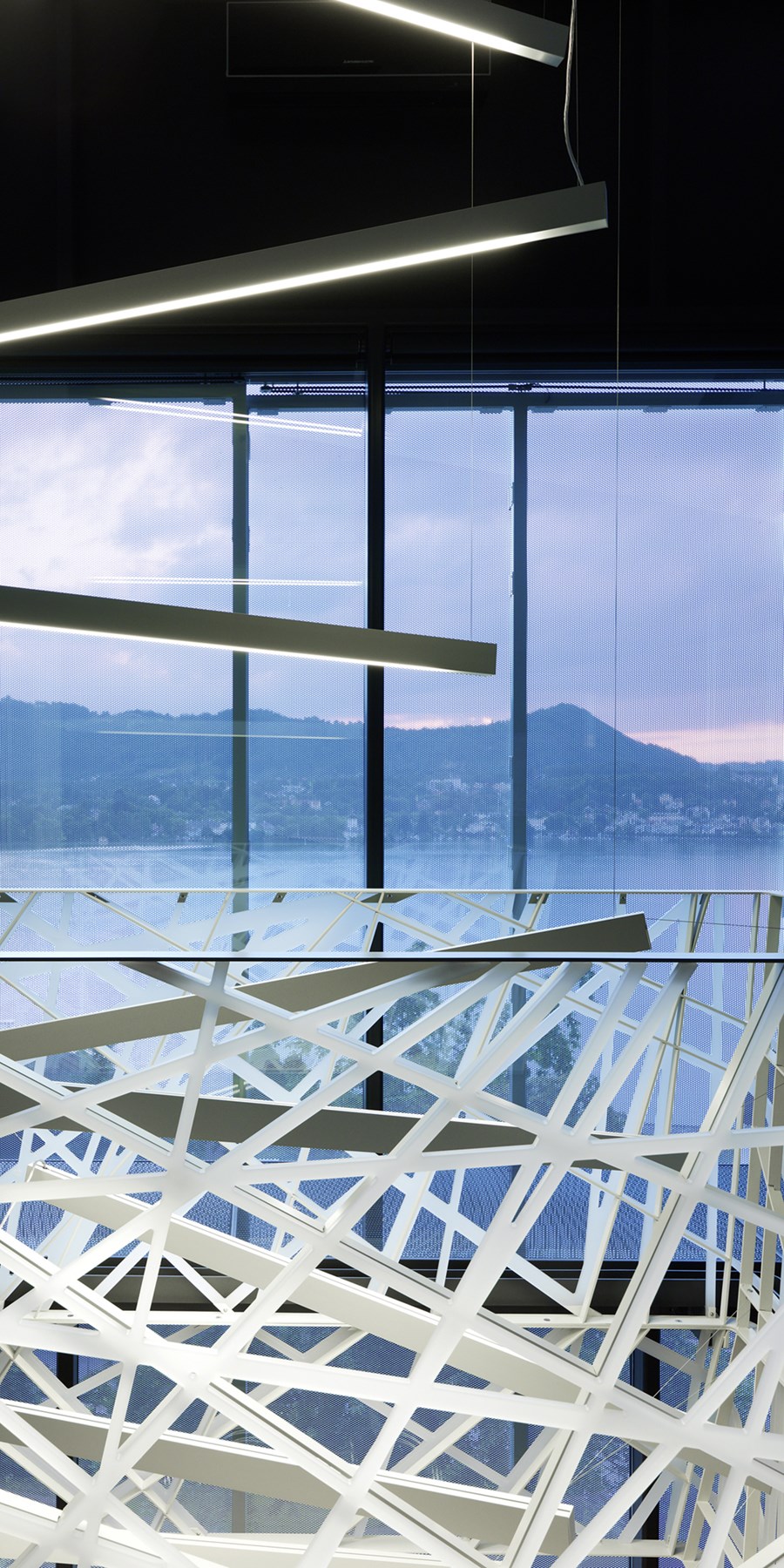 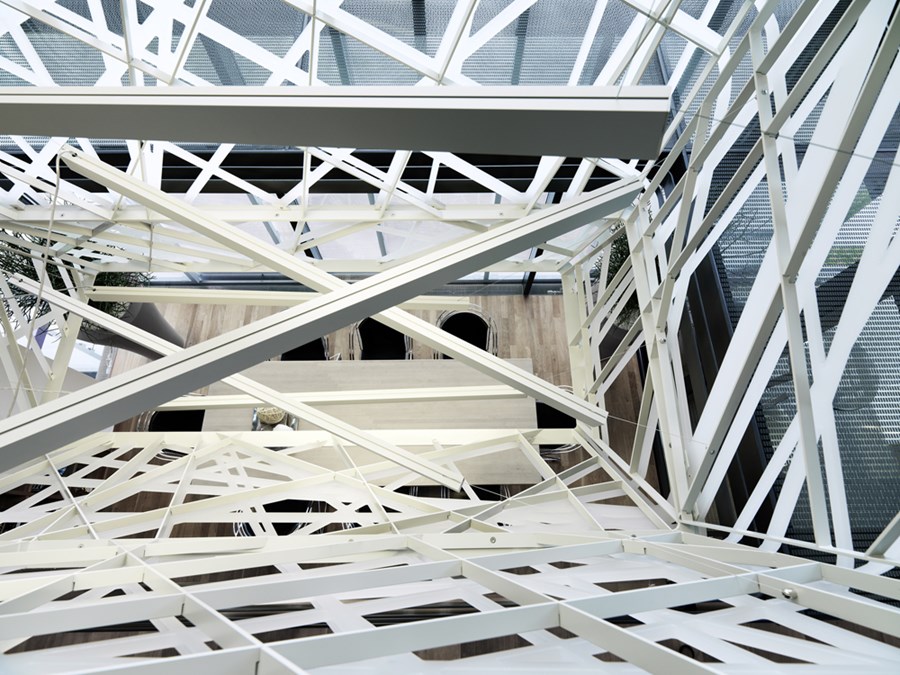 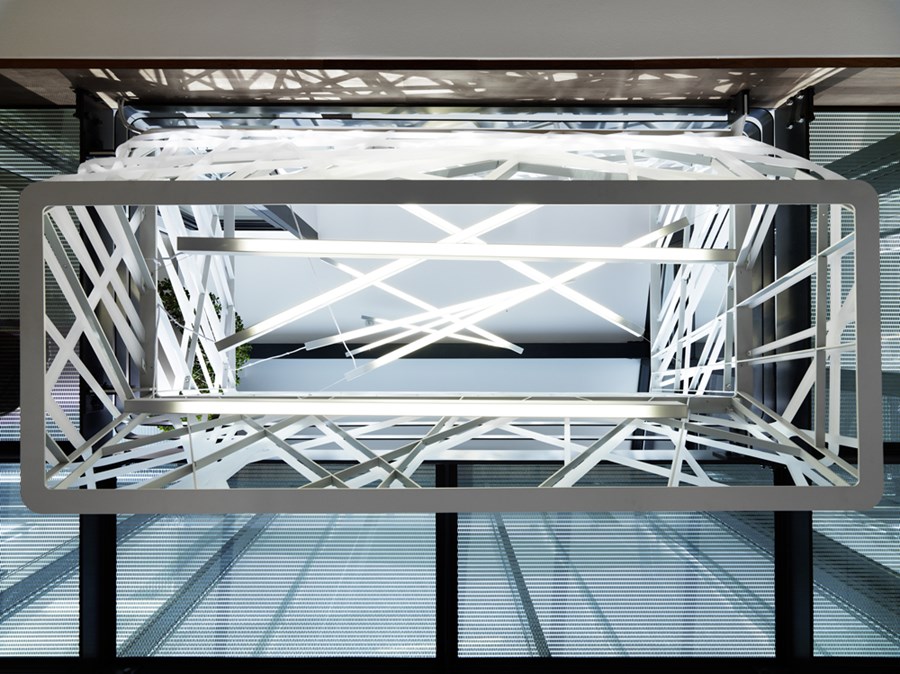 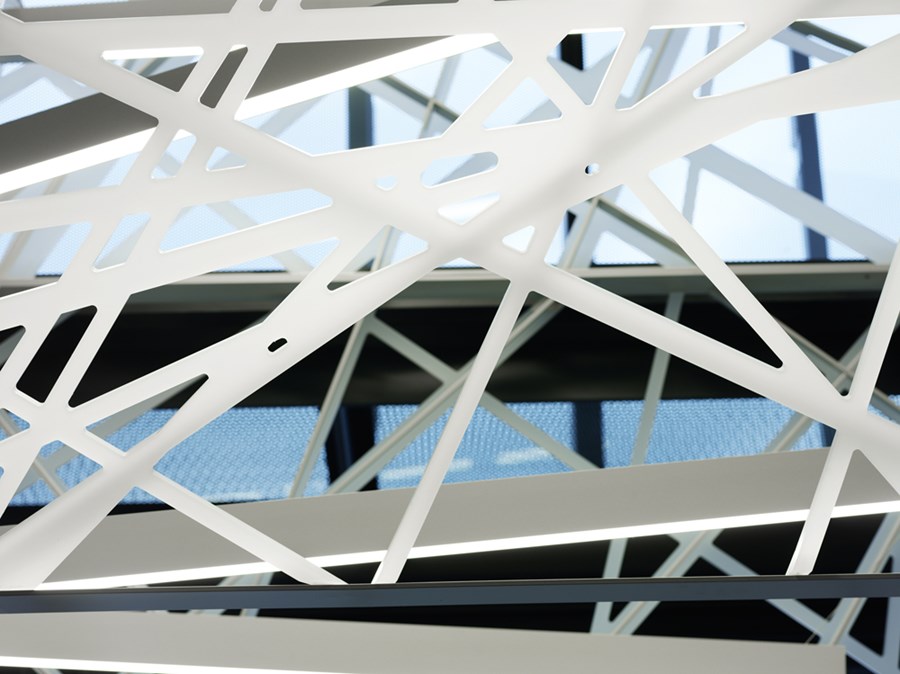 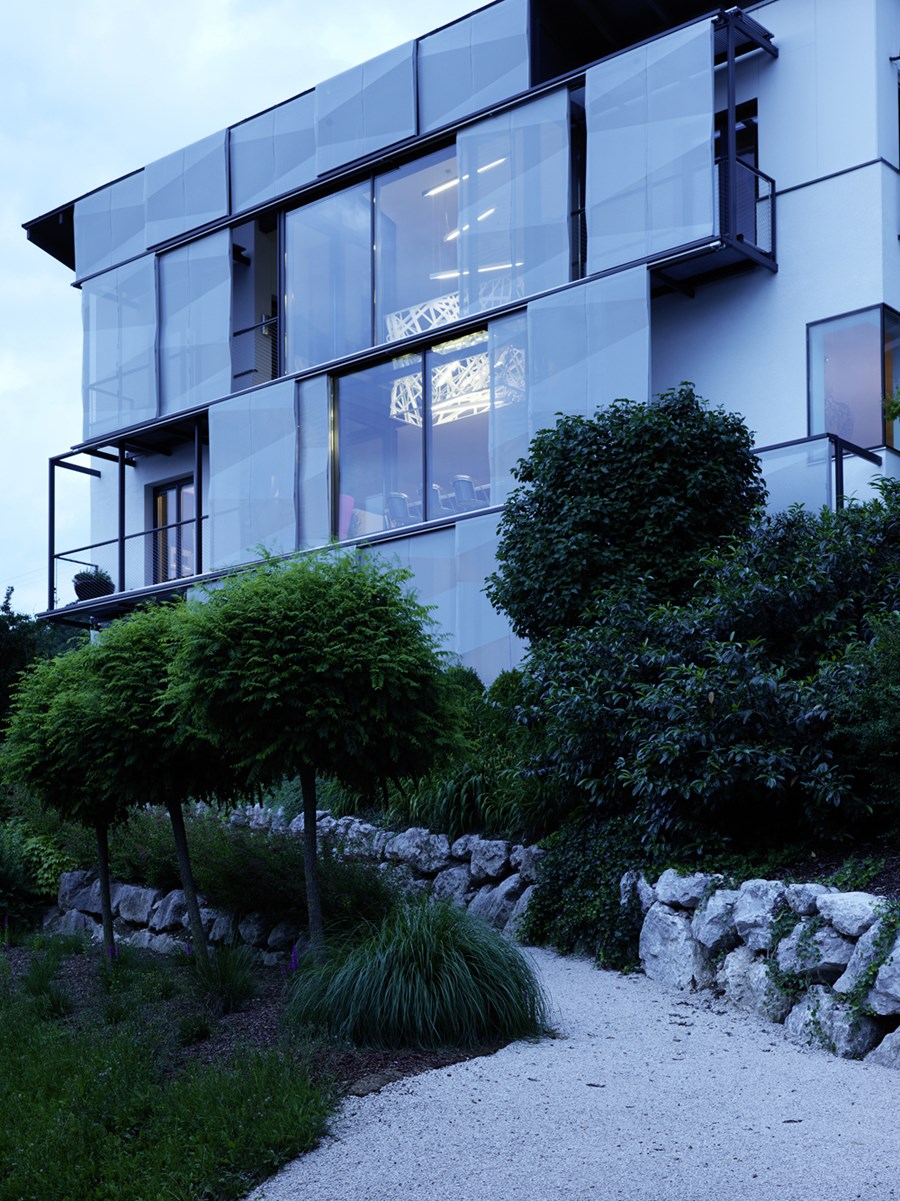 In the upper part of the gallery the object functions as a handrail construction, which develops in the lower part into a sort of oversized lighting object. In the airspace defined by the object lighting equipment was integrated, following figures of an overall conception, from there it expands in the remaining airspace of the living room.
The initially circumscribed airspace that results functionally of a necessary handrail and the space of the dining area below is first imagined as a closed shell, a sort of spatial framework that is available for further elaboration.
Through a platform that moves continually through the space and leaves traces in regular intervals on the outer shell, a linear moving scaffold emerges on the outer superficies.
This outer moving scaffold is realized by the means of a 2cm thick semitransparent Plexiglas , that is fixed to the steel construction lying beneath it.
Into the object itself an oblong lighting equipment that follows the motion line is installed. In this way the object becomes a complex overall construction.
images: © paulottphotografiert