Concrete Tube House is a project designed in 2014 by Razvan Barsan + Partners and is located in Voluntari, Romania. 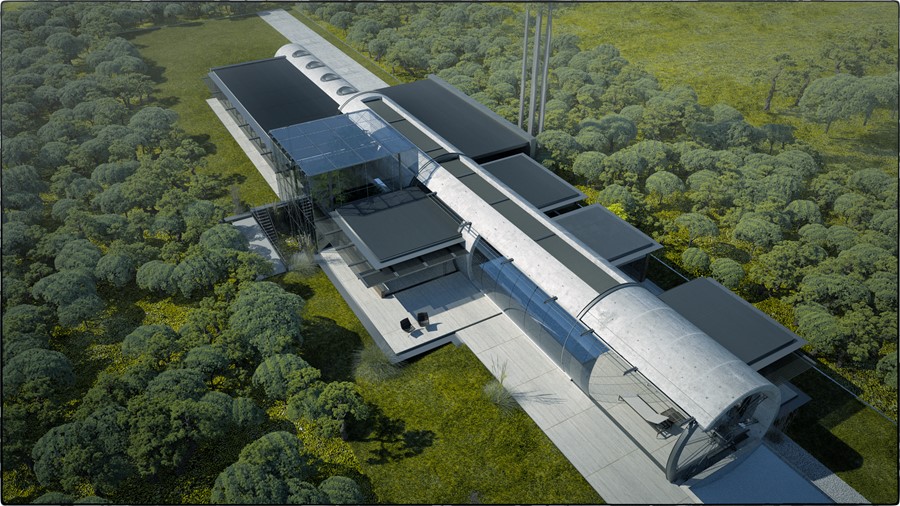 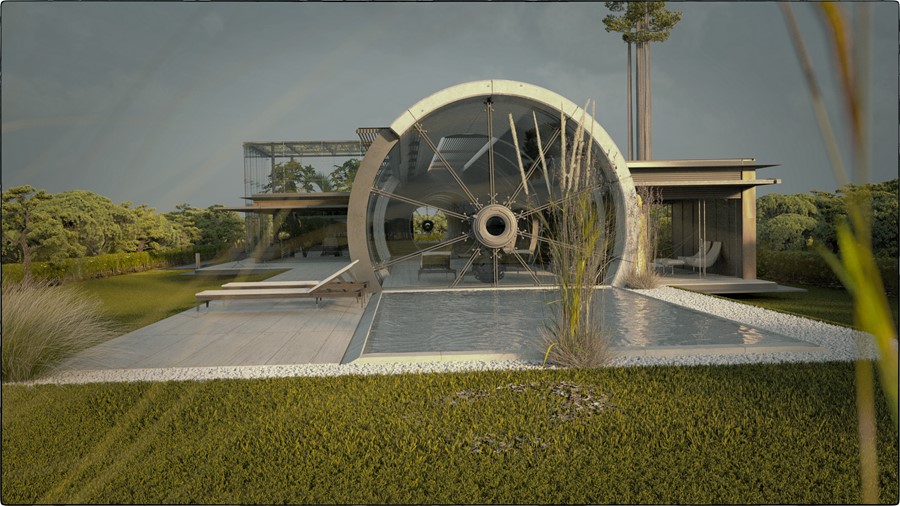 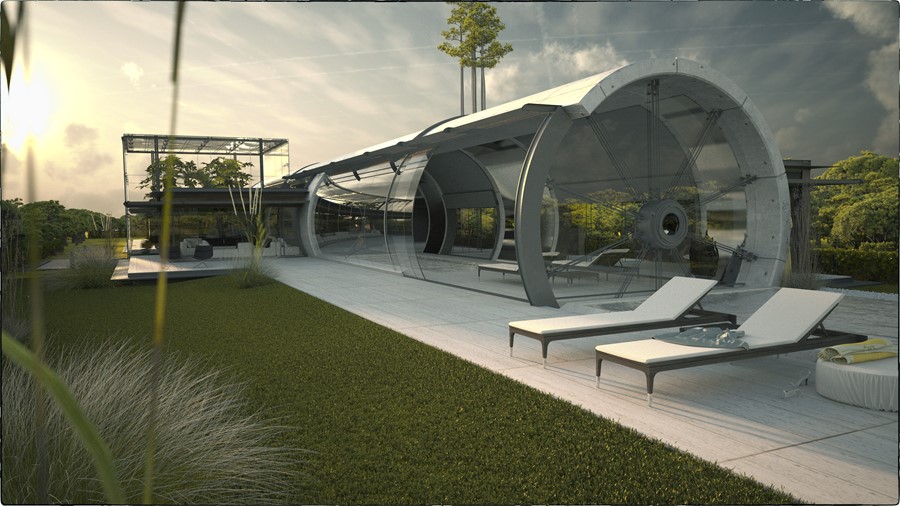 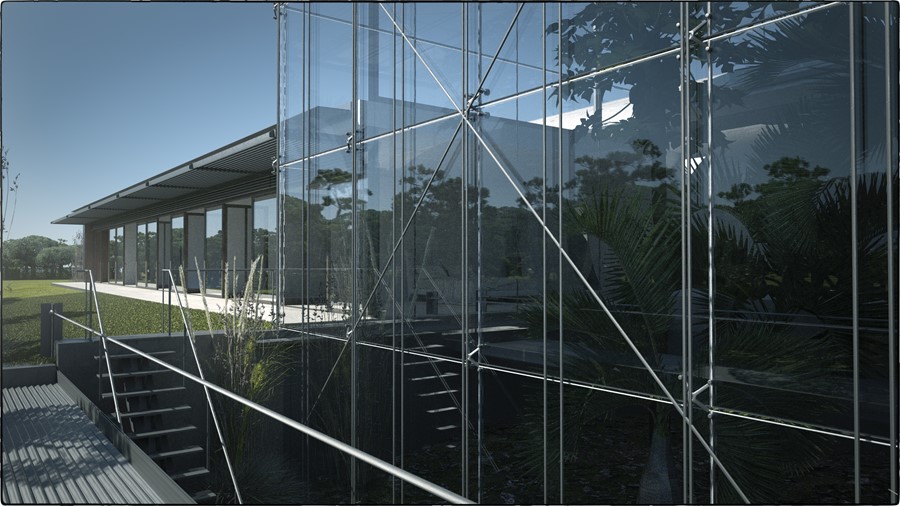 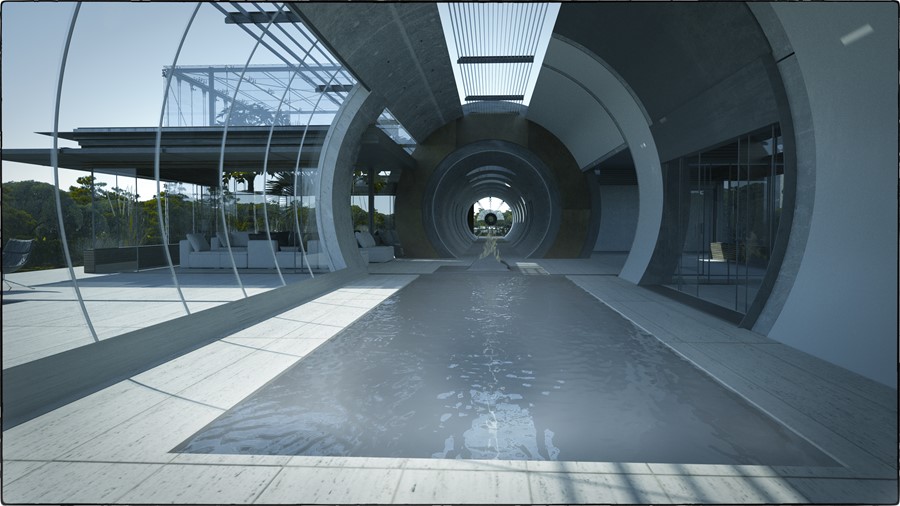 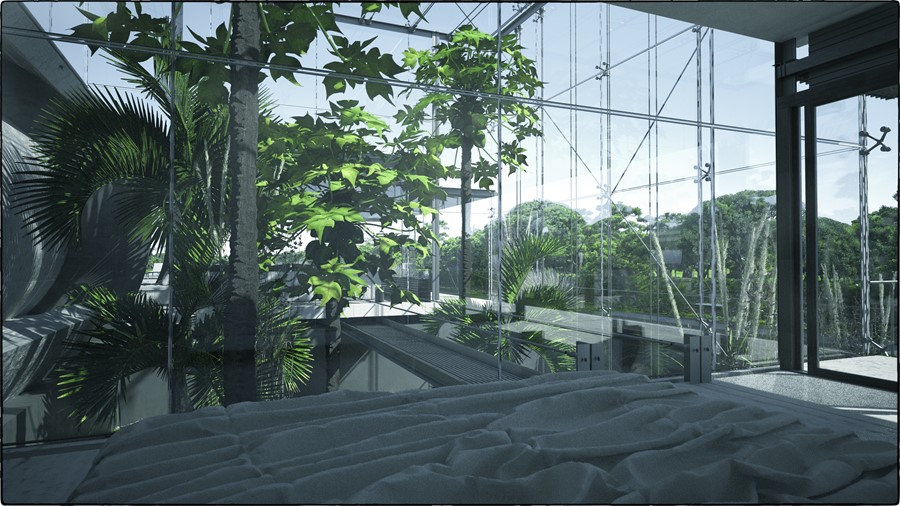 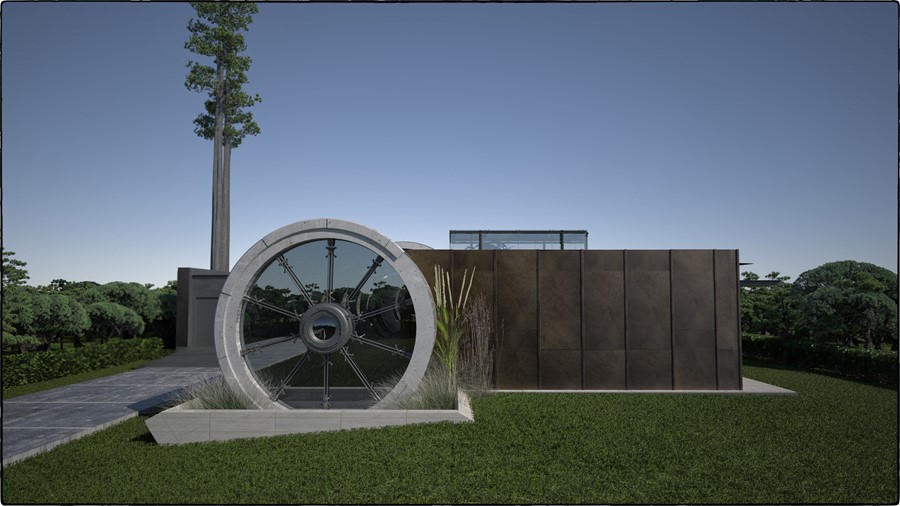 Situated in the outskirts of Bucharest, this elongated house maintains a low height in order to respect the line of the natural landscape marked by trees and small vegetation typical for the Romanian plains.
The interior layout differs from the traditional one – the rooms are set on both sides of a central axis that separates the day-time area from the night-time zone. The dormitories are located on one side, whereas the common spaces are situated on the opposite one. Instead of creating a large hallway that allows the access to the various rooms, we decided to transform the corridor into the centerpiece of the house. As a result, we chose a sculptural concrete tube perforated by skylights that create dramatic effects as one passes from one side to the other. It is the main attraction of the composition that proves that technical constructions can become a source of inspiration for residential architecture.
The SPA area, with an indoor and an outdoor pool is positioned at the end of the tube, making the crossing even more attractive. At the ends of the concrete pipe we positioned radial metal elements that remember of the spokes of the watermills that could be found in the region.
Another element that expresses the connection to the natural environment is the glasshouse with exotic species that can be admired from the living and the dining area, as well as from the tube. Similarly, all the rooms open to the surroundings through wide transparent surfaces. Some of the curtain walls can be opened completely, blurring the barrier between the exterior and the interior spaces and giving the impression that one lives in nature.
Images by Razvan Barsan + Partners