The Interior Design of this house is a project designed by Inbal Ayalon, covers an area of 240 m2 and is located in the Western Galilee of Israel. 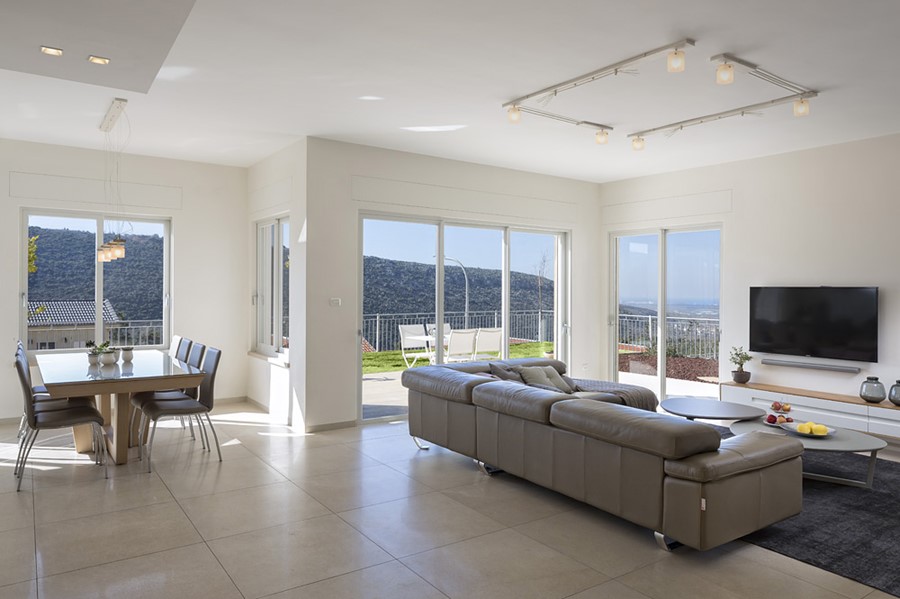 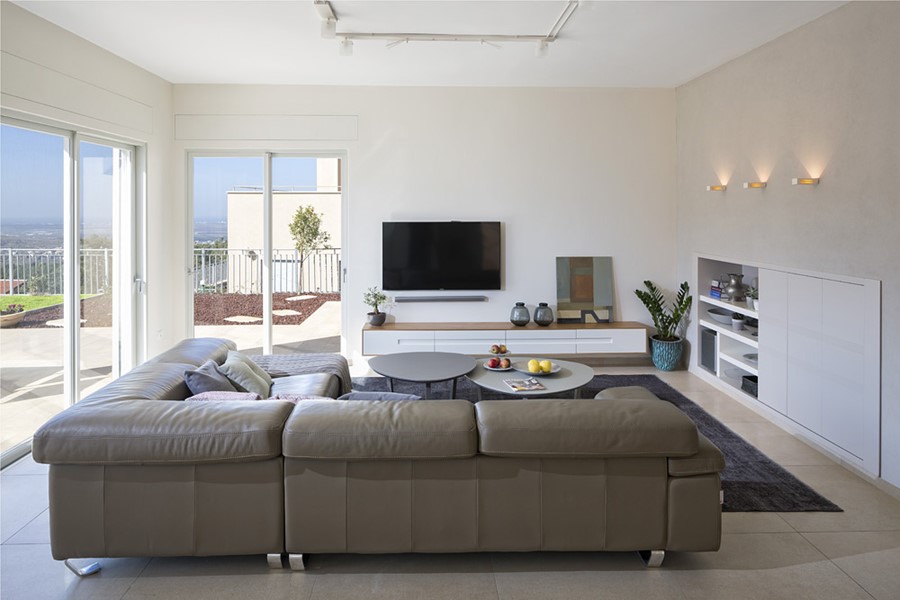 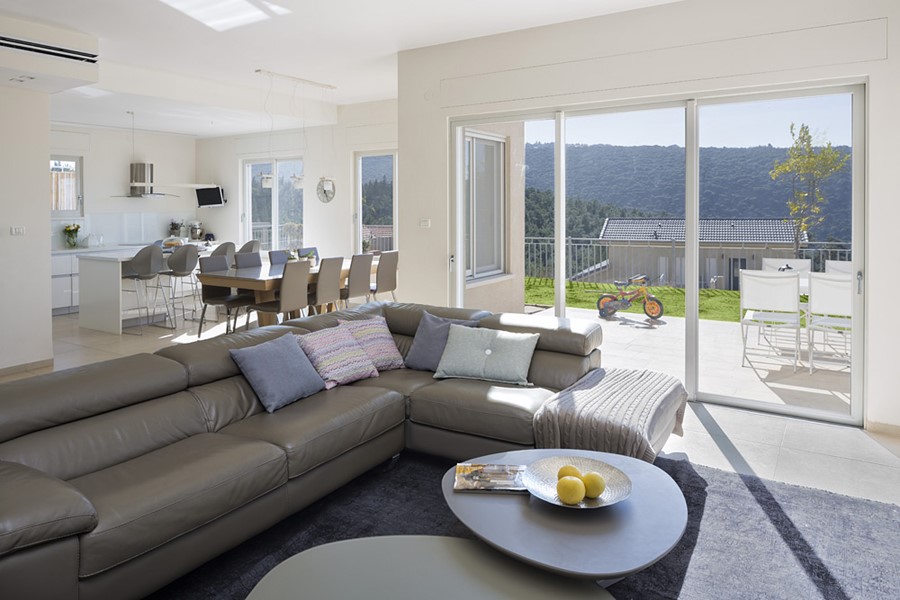 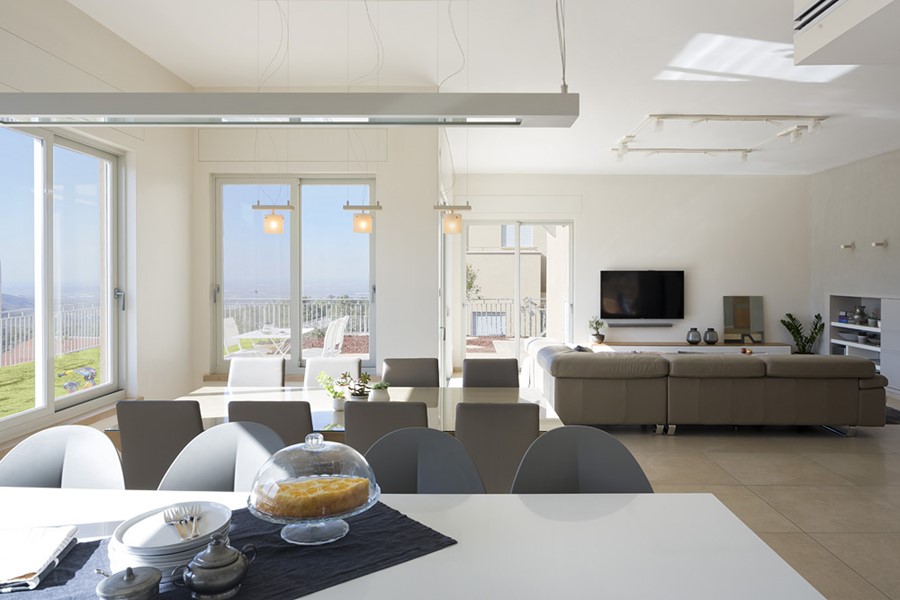 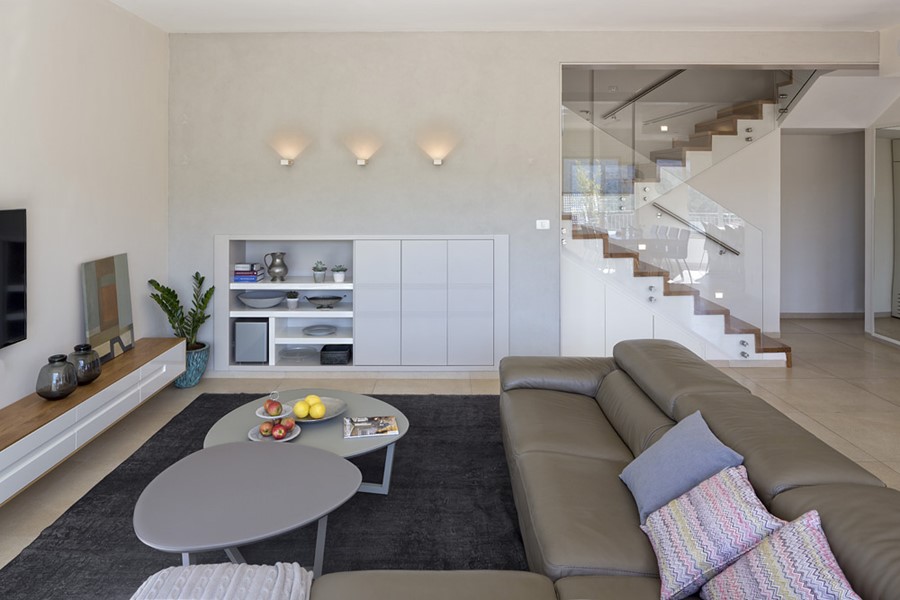 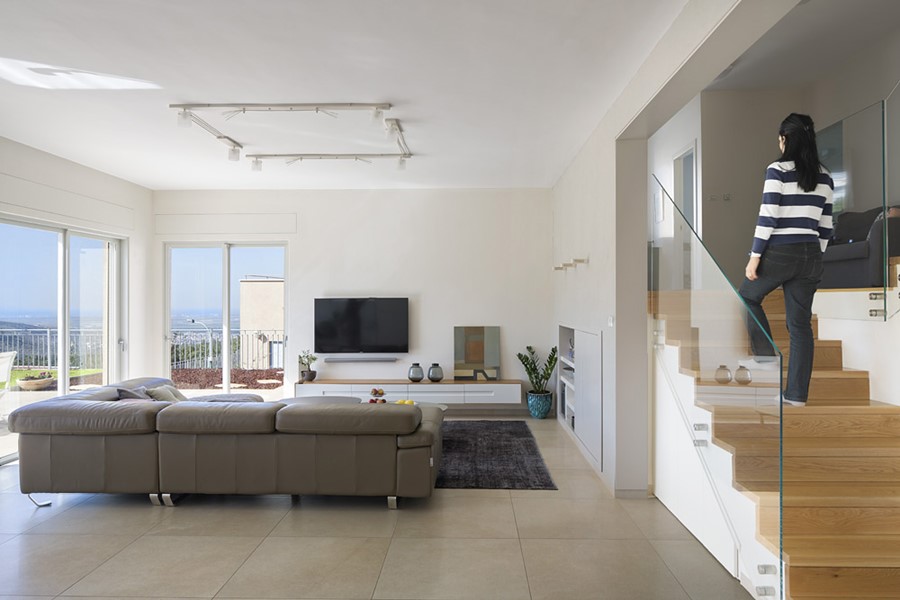 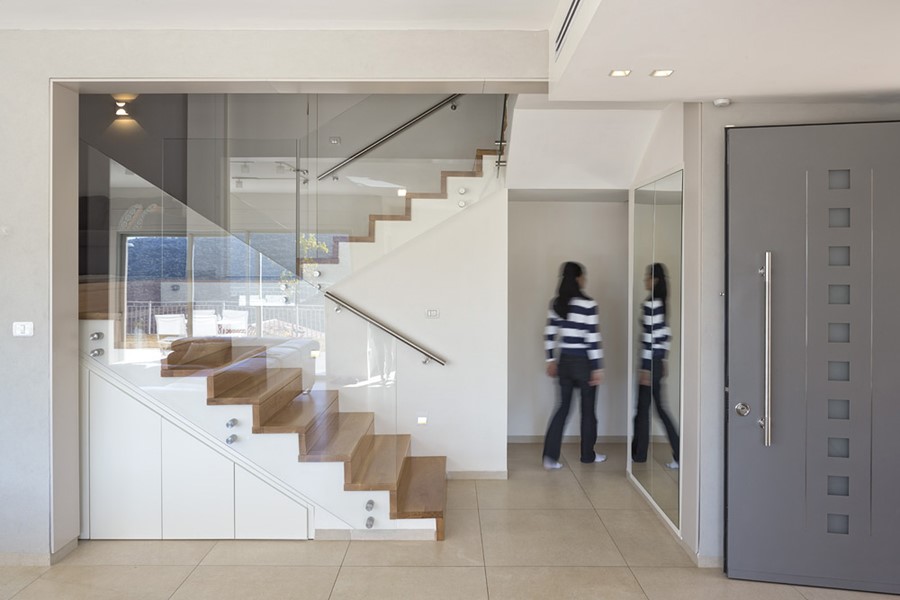 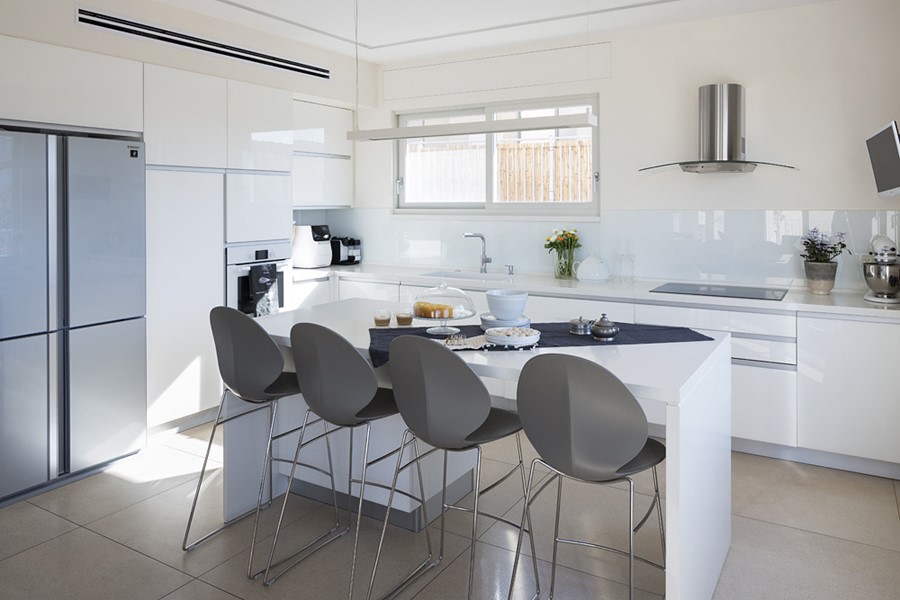 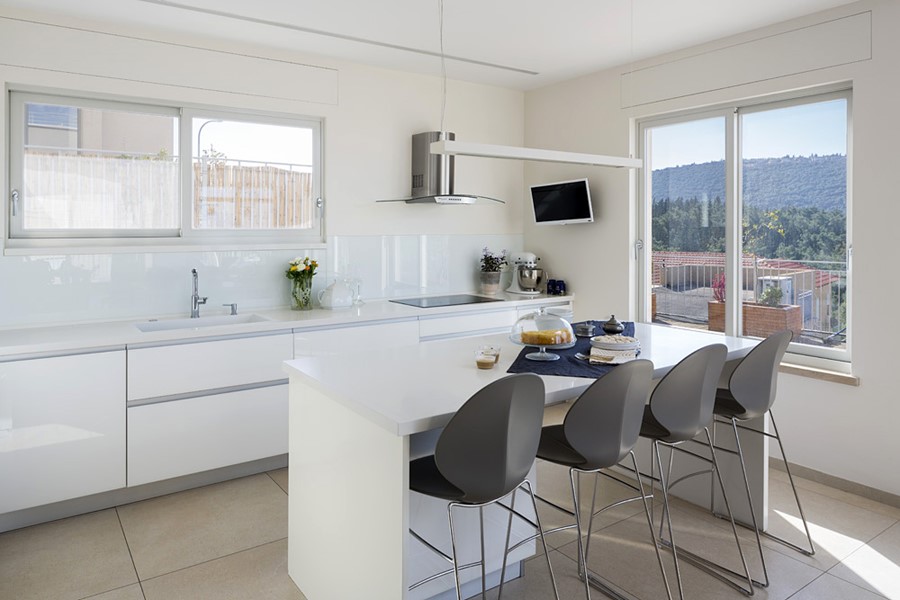 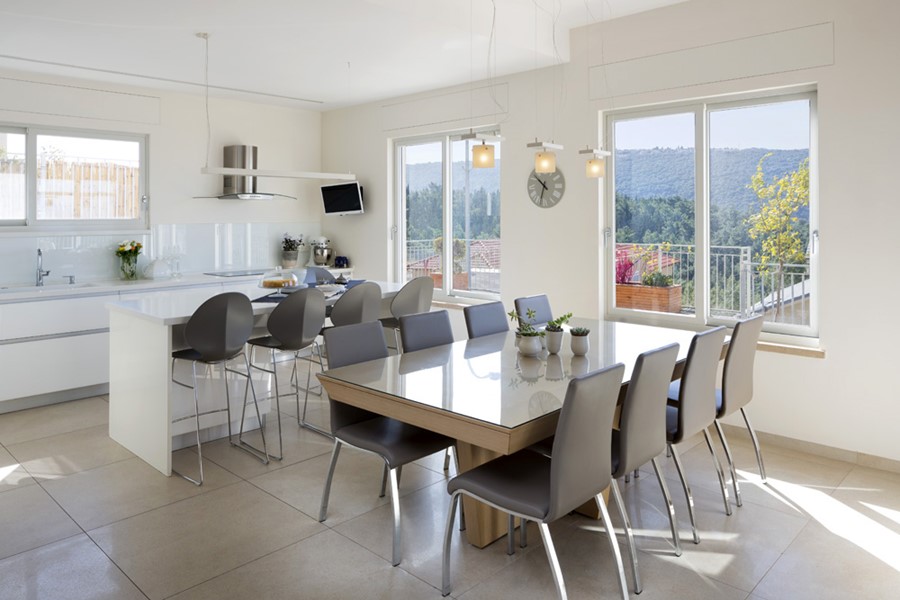 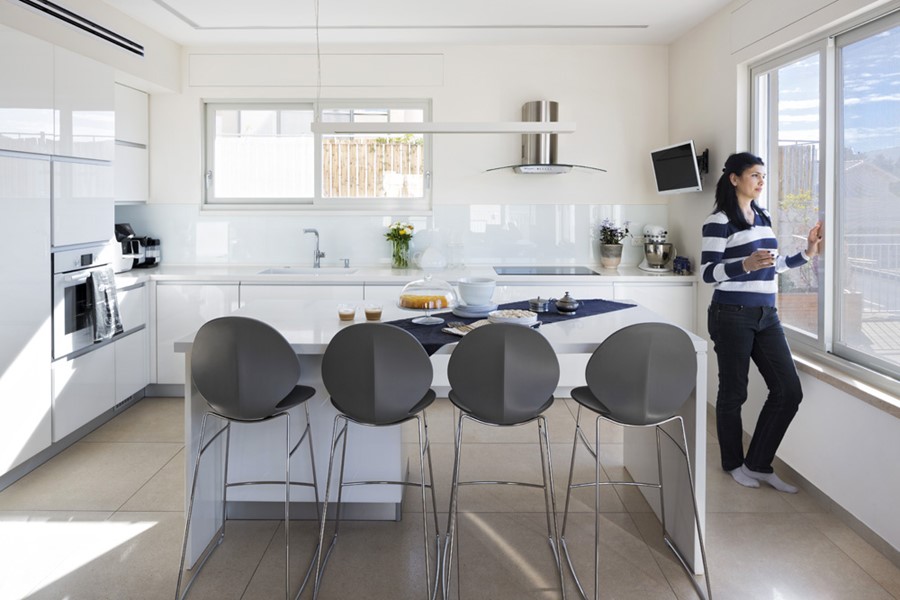 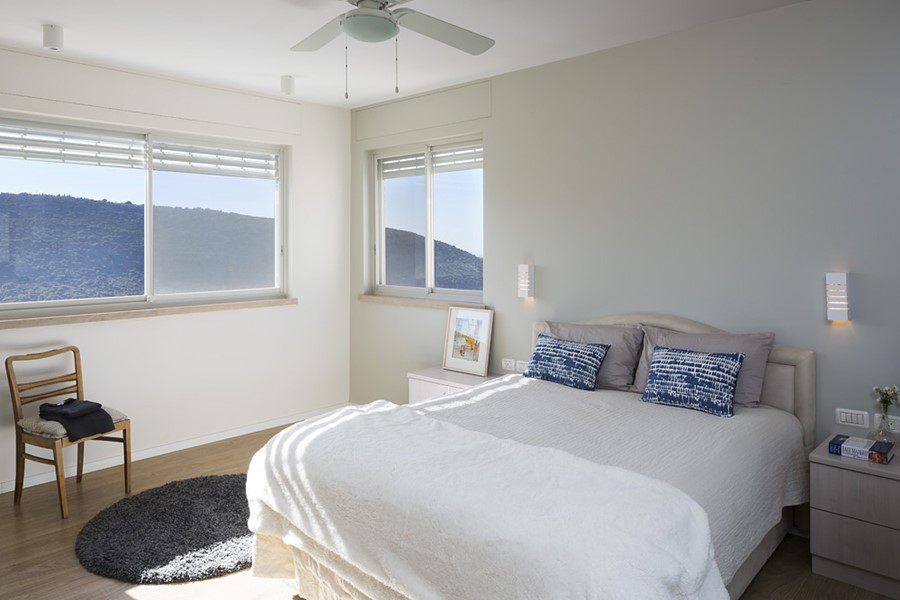 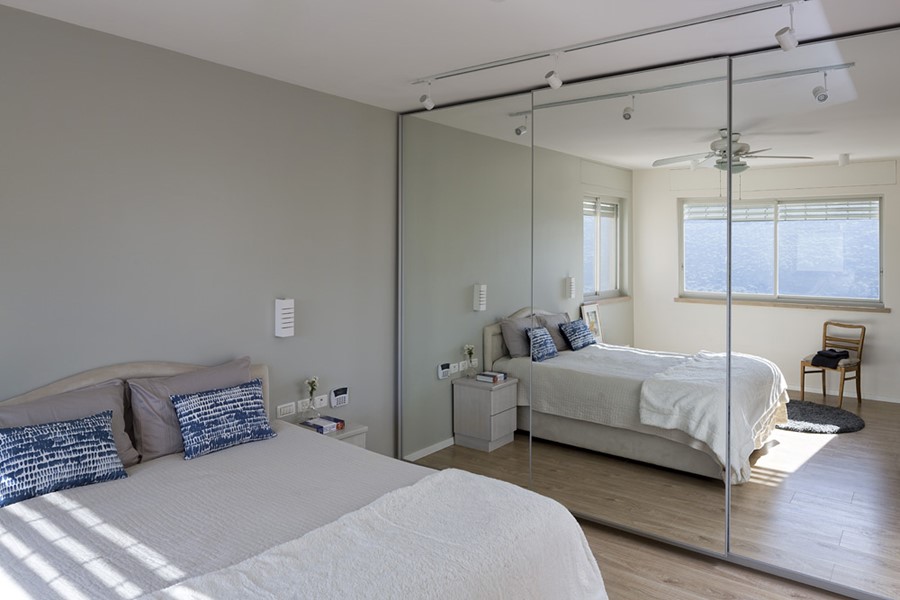 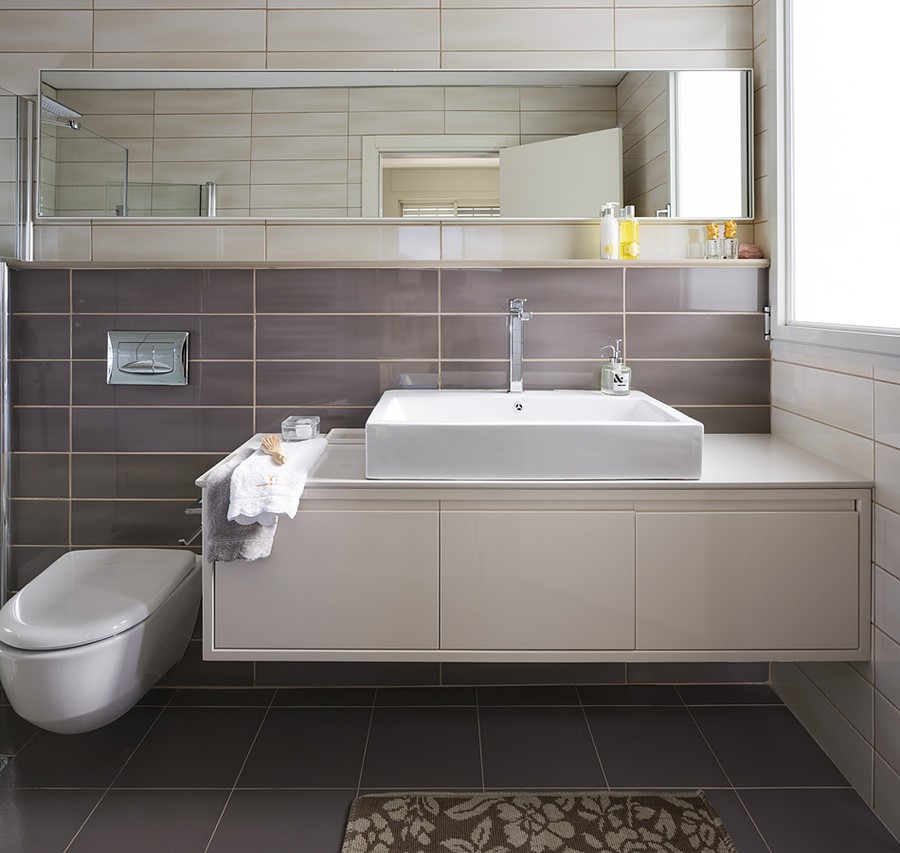 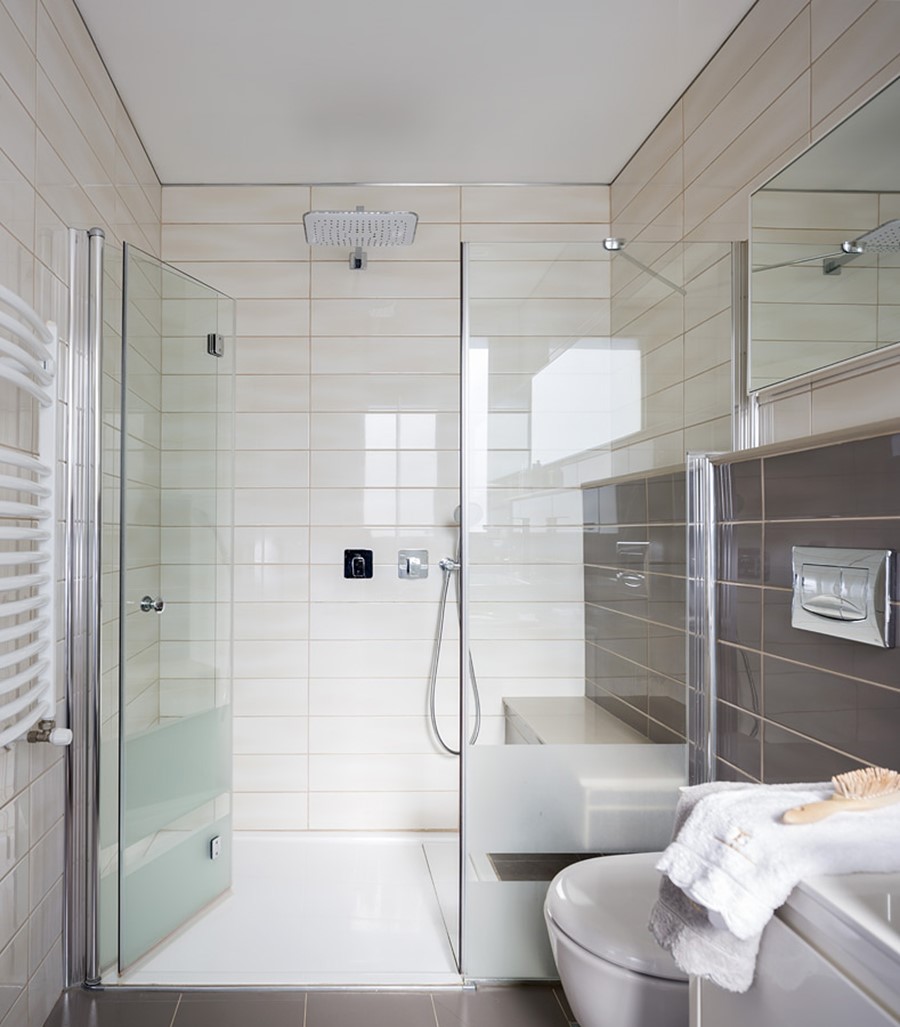 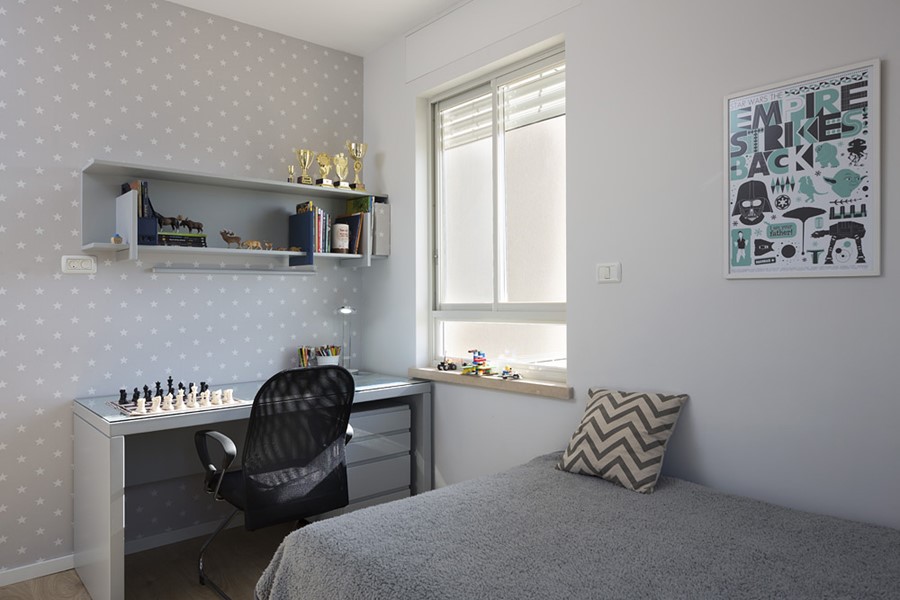 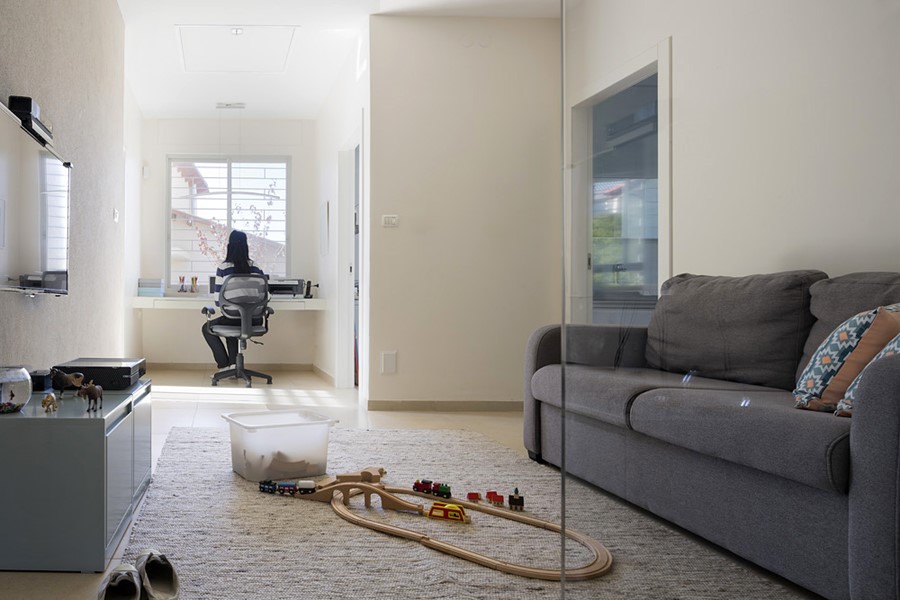 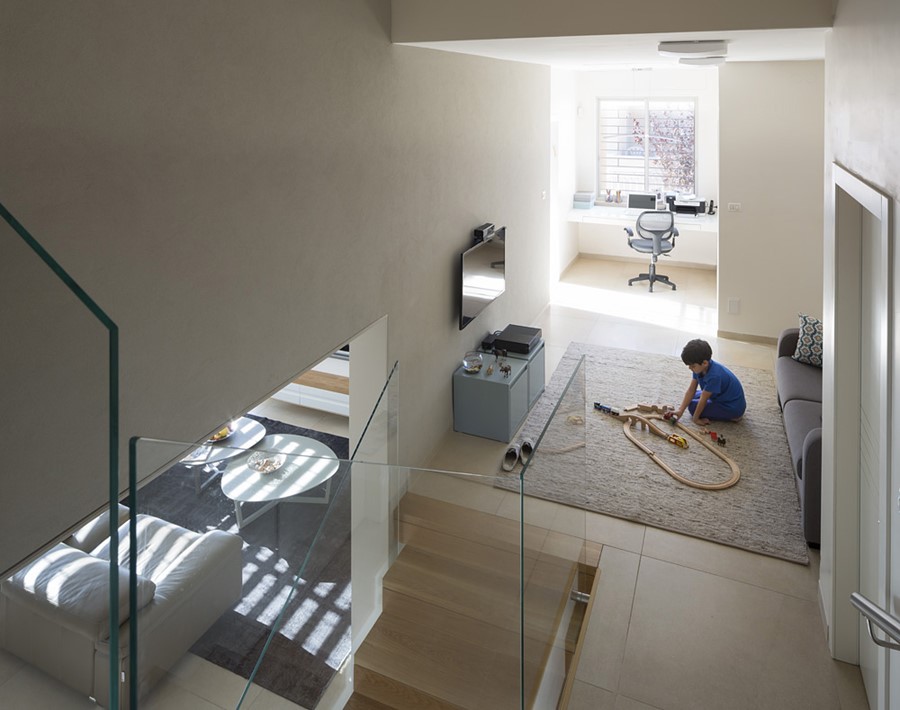 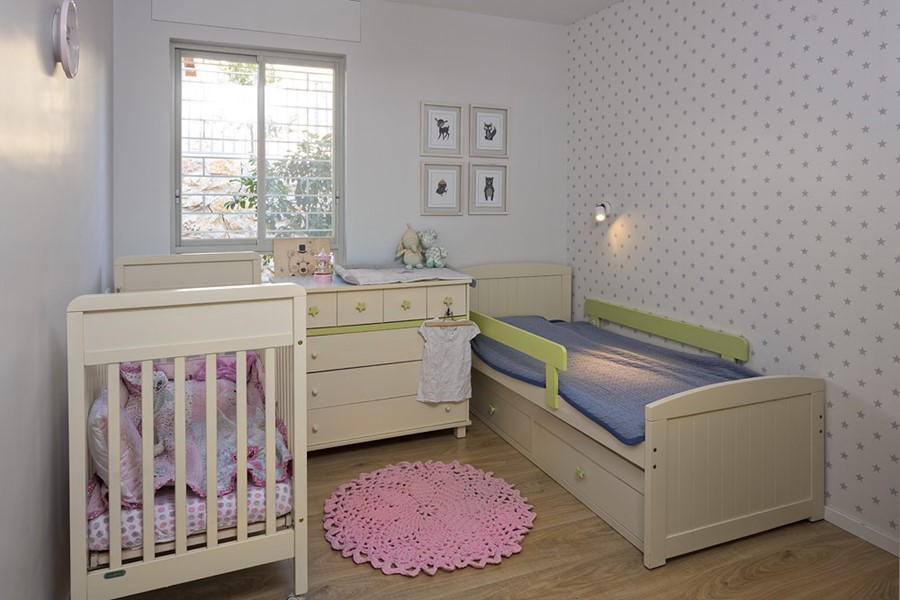 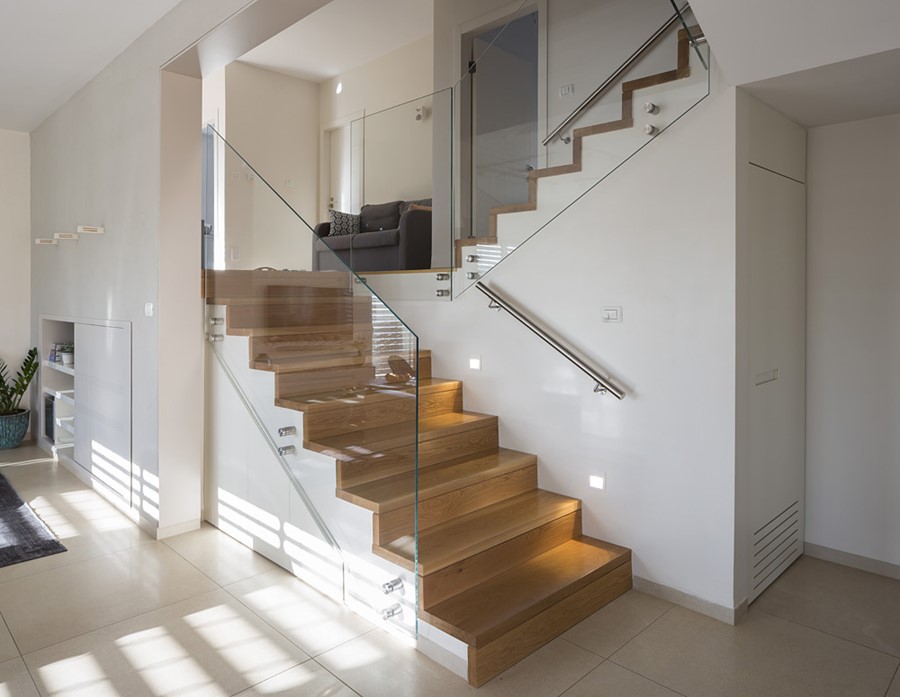 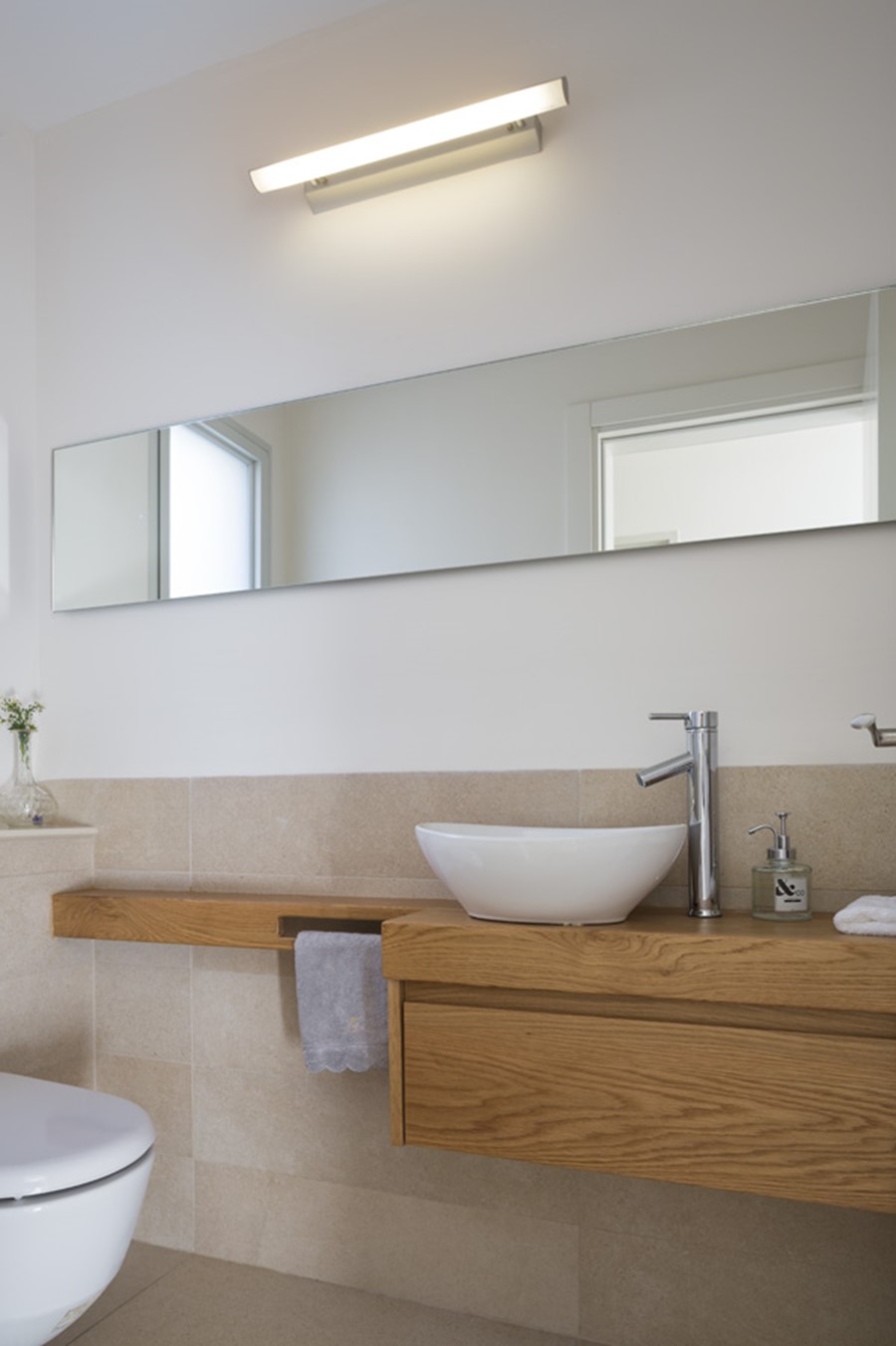 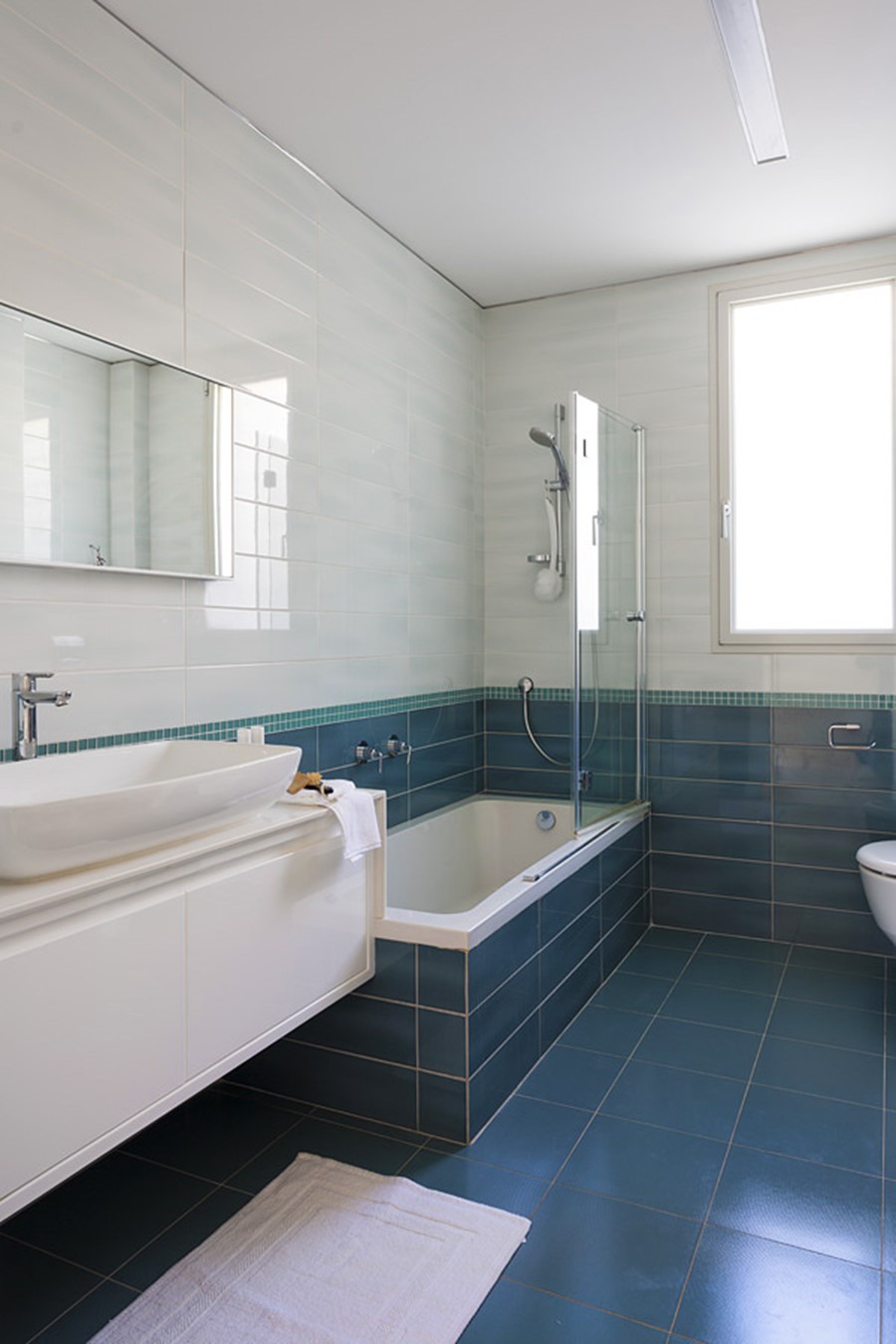 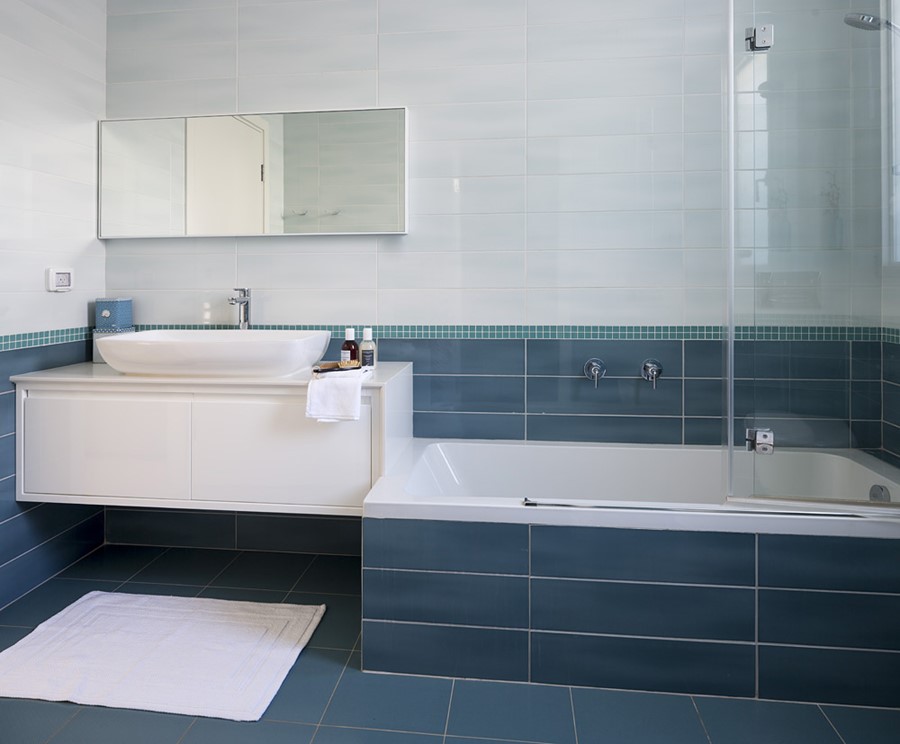 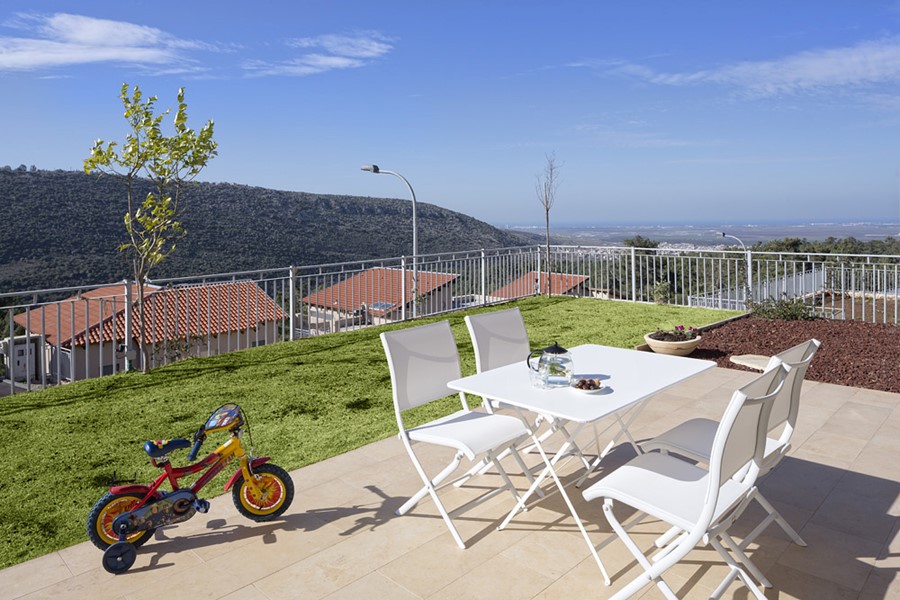 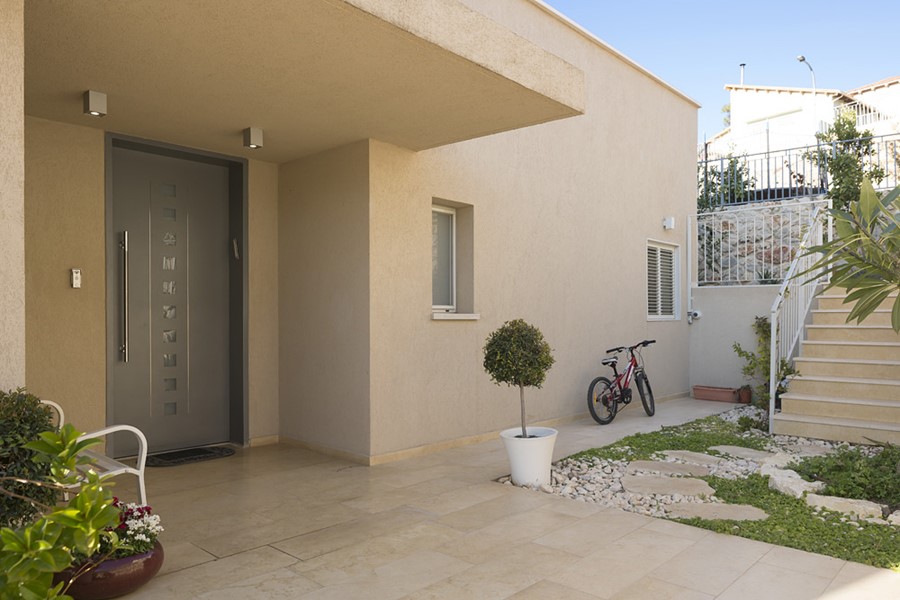 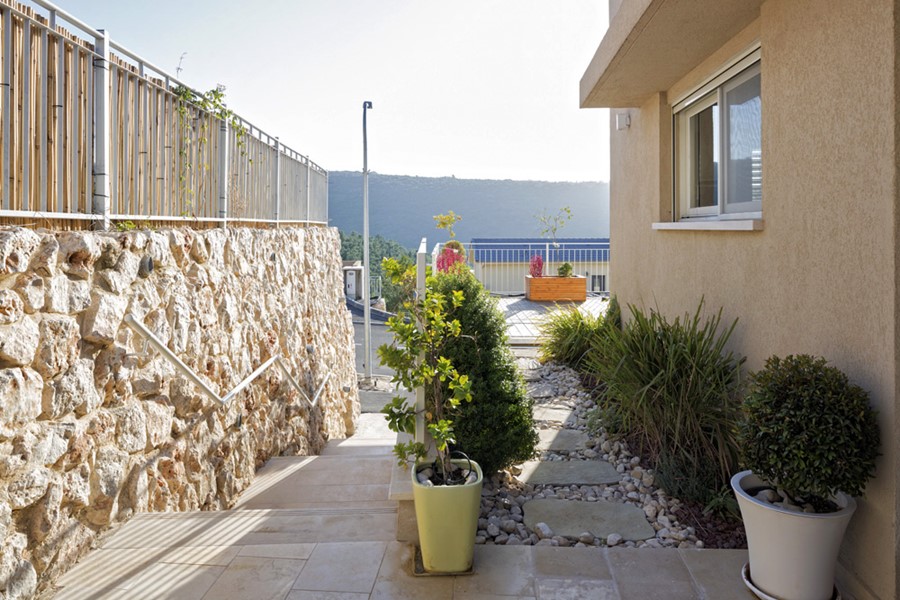 The house was part of an expansion project of the community settlement “Atzmon” in the Western Galilee and was designed for a family of six, a couple with four children. The design of the house was based on a standard model design made up of three half – levels tailored to fit the topography of the land. It was allowable to make changes in the interior division of the house during the early stages of the architecture plans, therefore the interior designing was initiated at these early stages. Interior partition changes were made to optimize the space while taking into account the desired location of the furniture with maximization of the space for storage while maintaining design. The design style was modern while maintaining a feeling of warmth. A light and modern design blends well with the galilee landscape, combined with light colors such as white, natural light stone, light grey, and white-washed oak wood to create open and well-lit spaces. Design of large spaces was implemented with a minimal look and combined with the galilee landscape around the house. All of the woodwork was designed by myself with a personal touch at the early stages of the design of the house. The house had 5 bedrooms (3 children’s bedrooms, 1 master bedroom, and an office and guest room). The first helf-level had a hallway, guest toilet, playroom, kitchen, dining room, and living room with a passage to the garden. The next half-level included a family room, 3 children’s bedrooms, and bathroom and laundry room. The additional half level accommodated the master bedroom with a connecting bathroom.
Photography by Shai Epstein