Ipanema Apartment is a project designed in 2012 by Studio Arthur Casas, covers an area of 447m² and is located in Ipanema, Rio de Janeiro, Brazil. 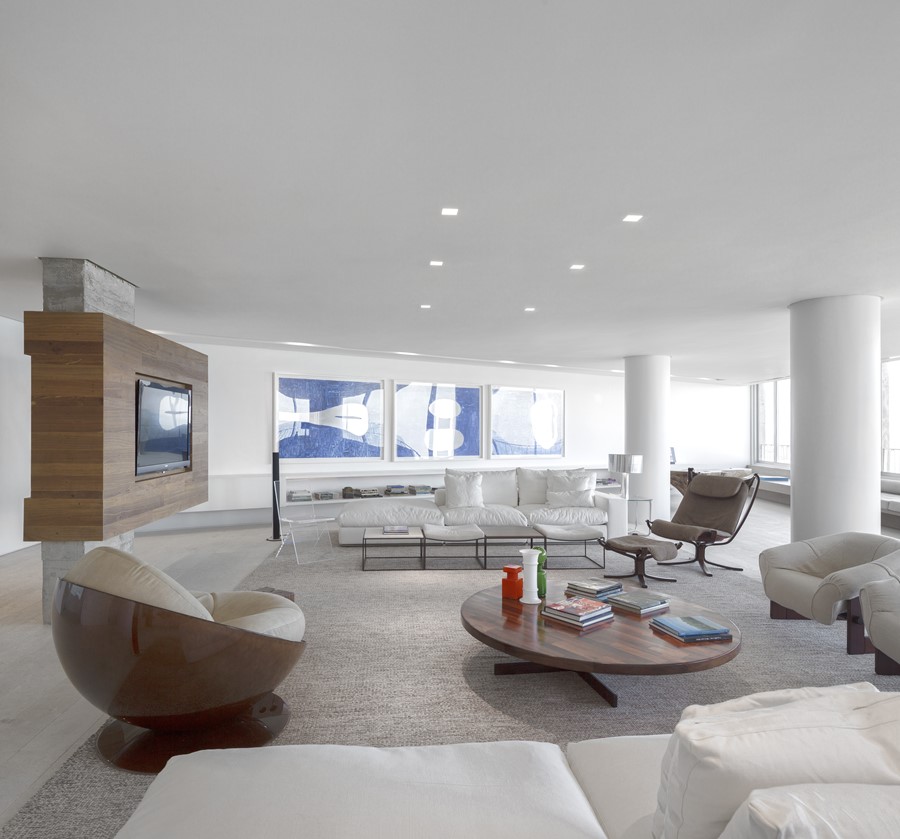 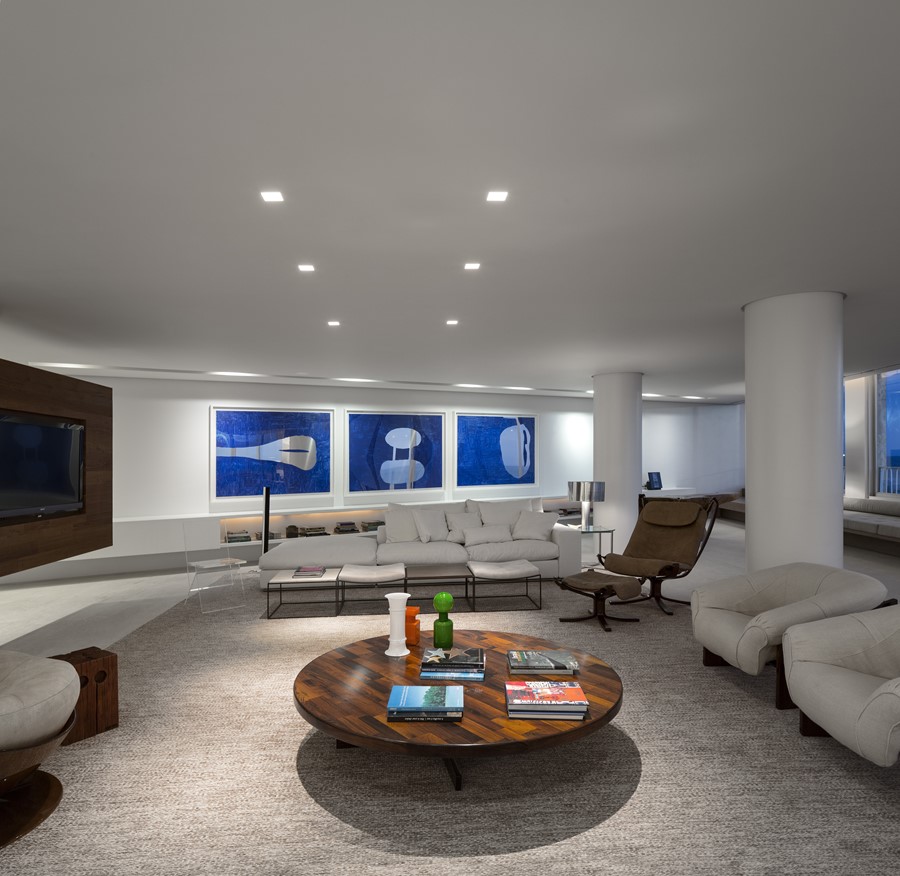 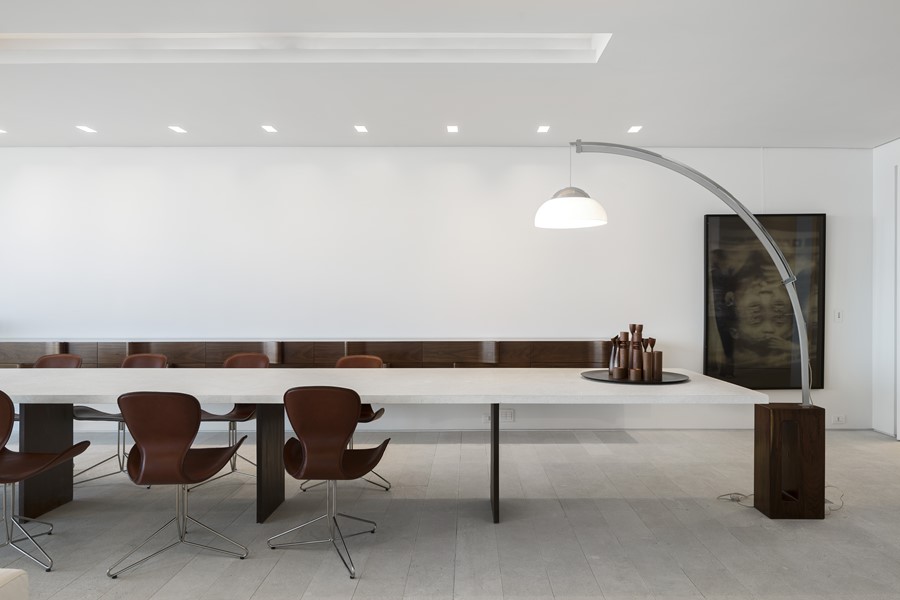 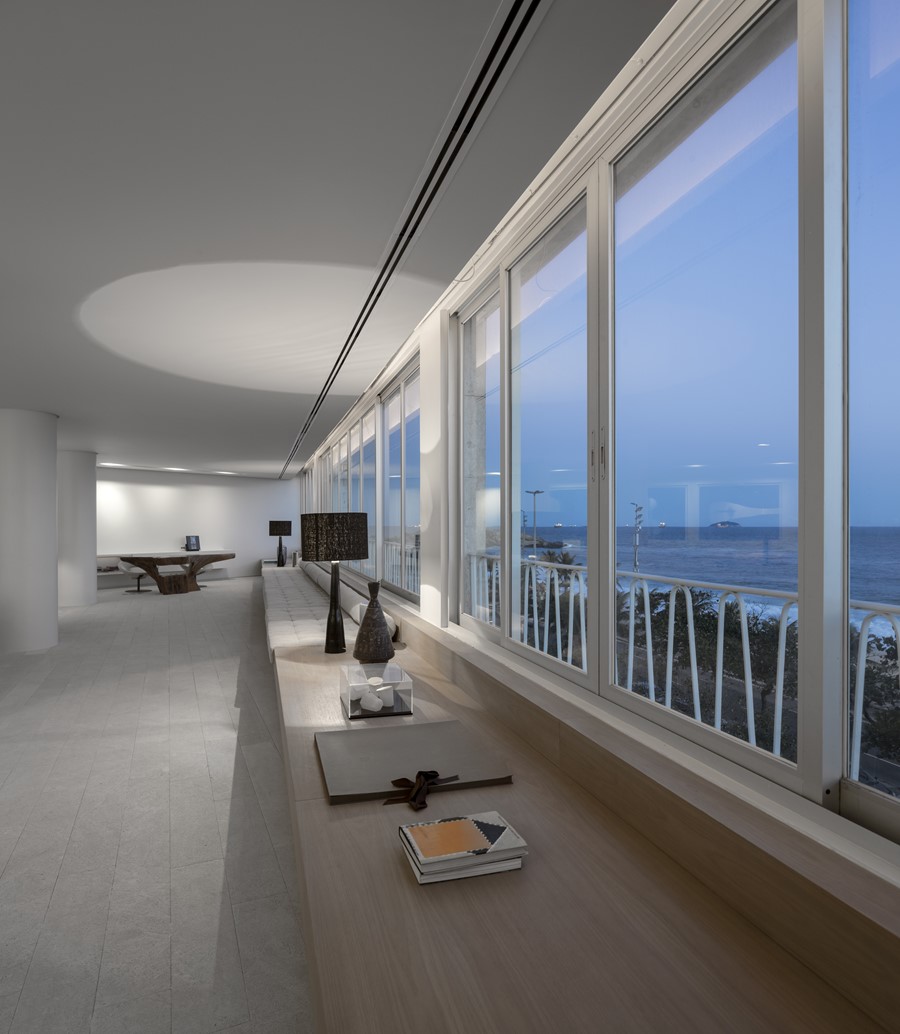 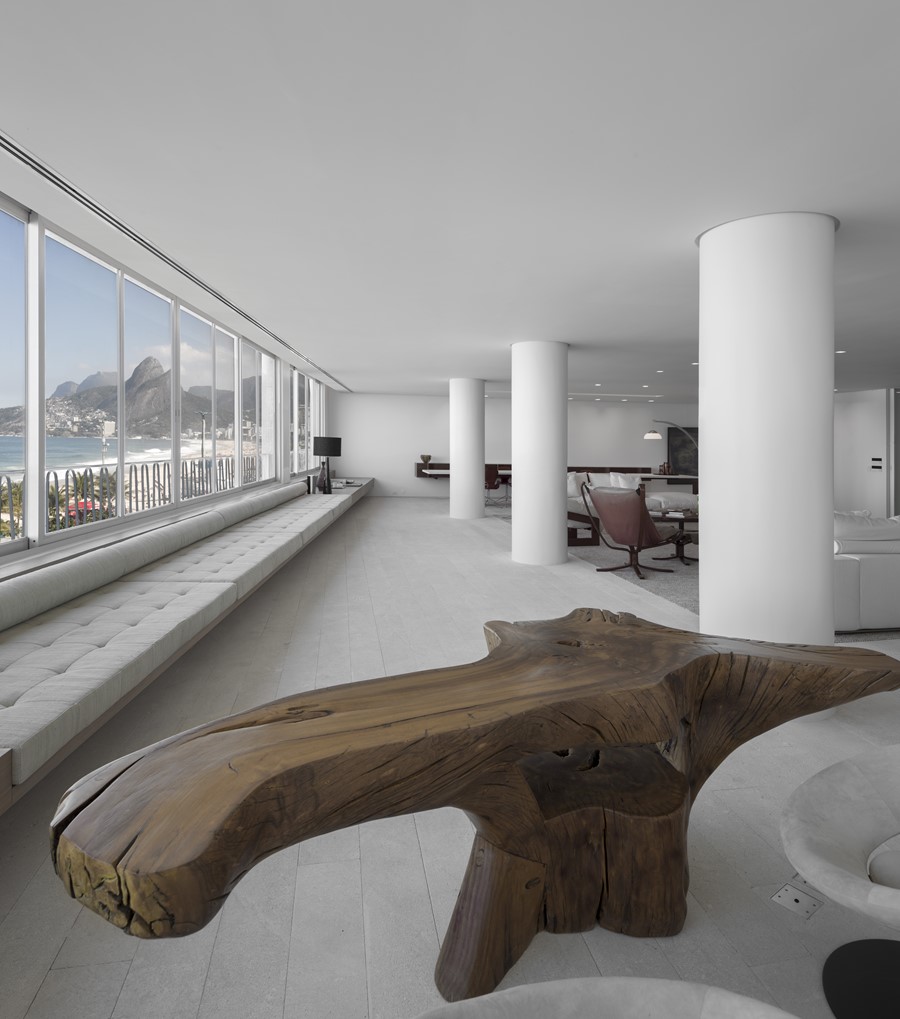 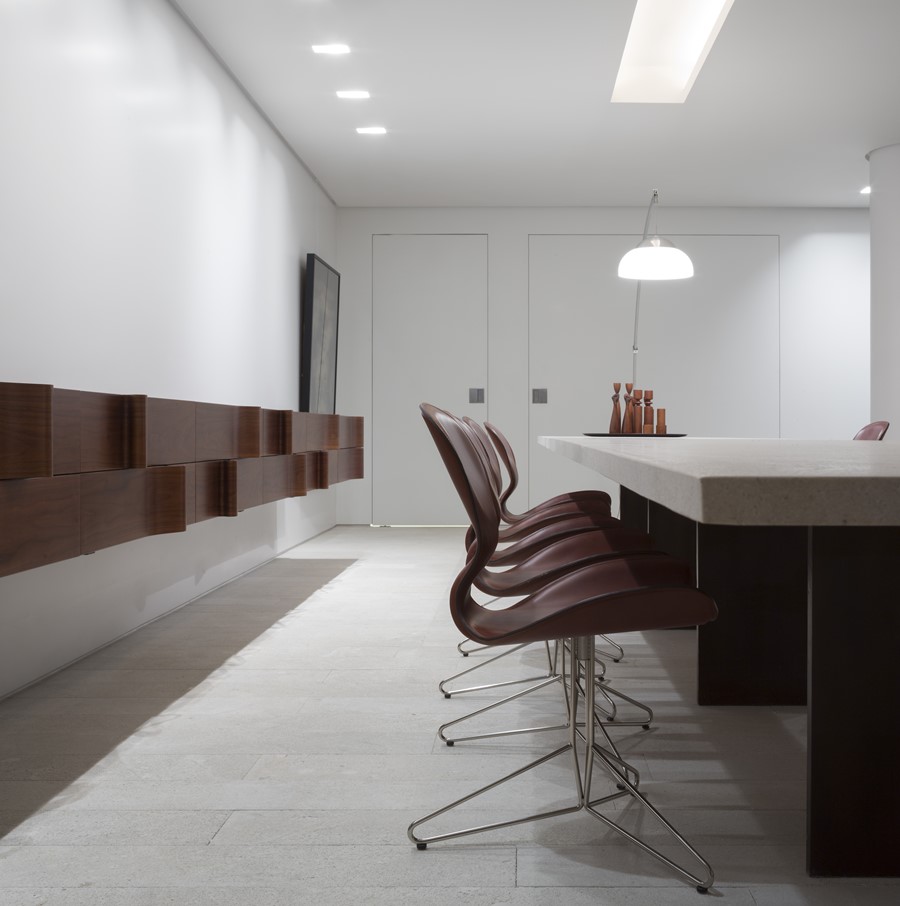 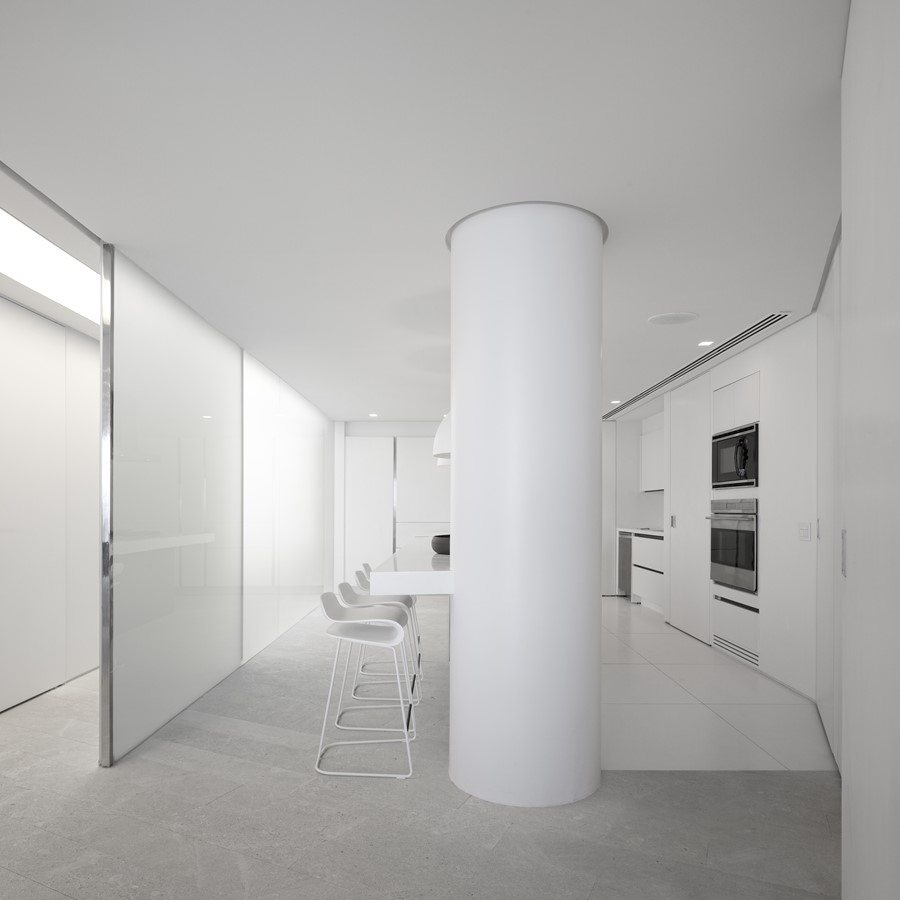 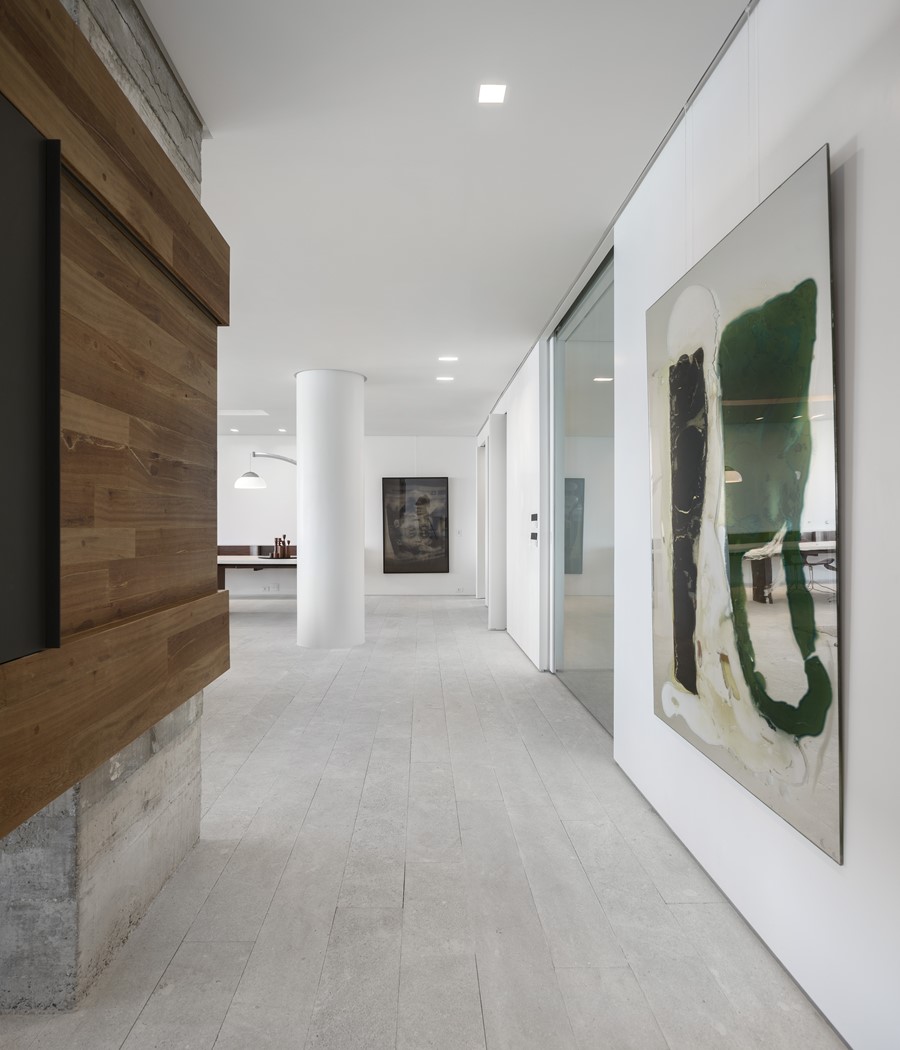 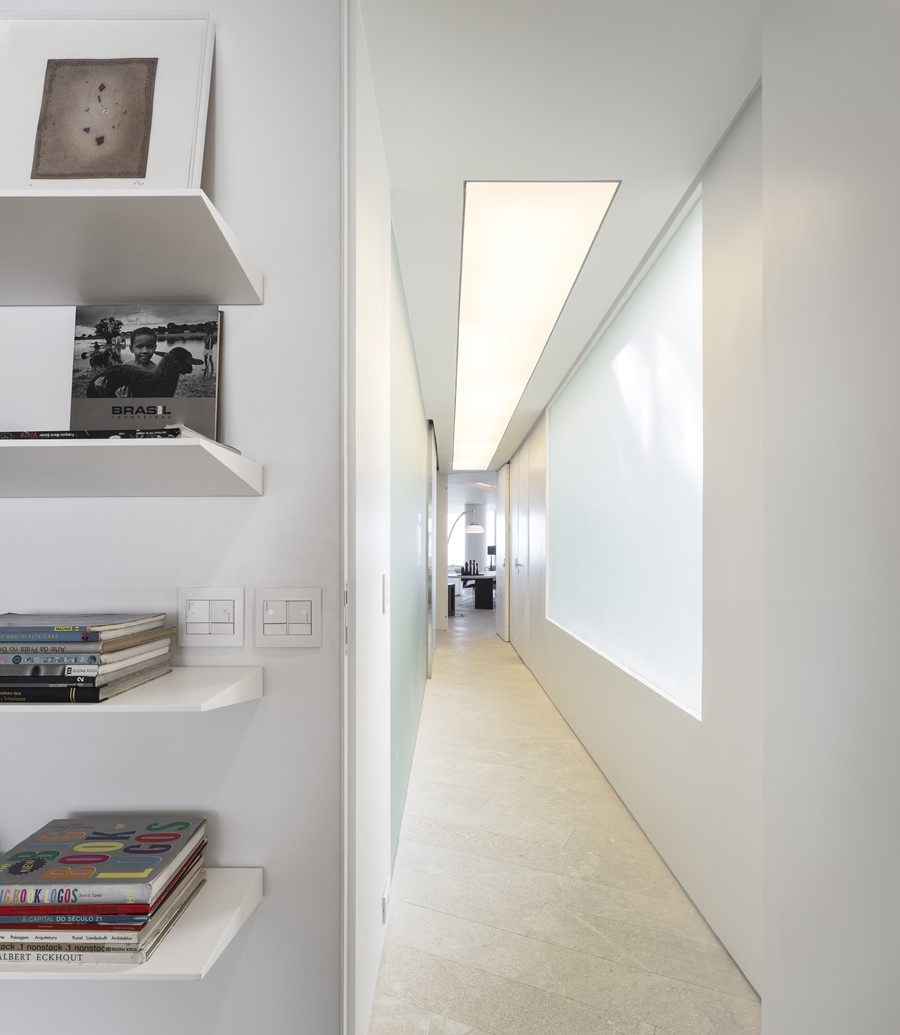 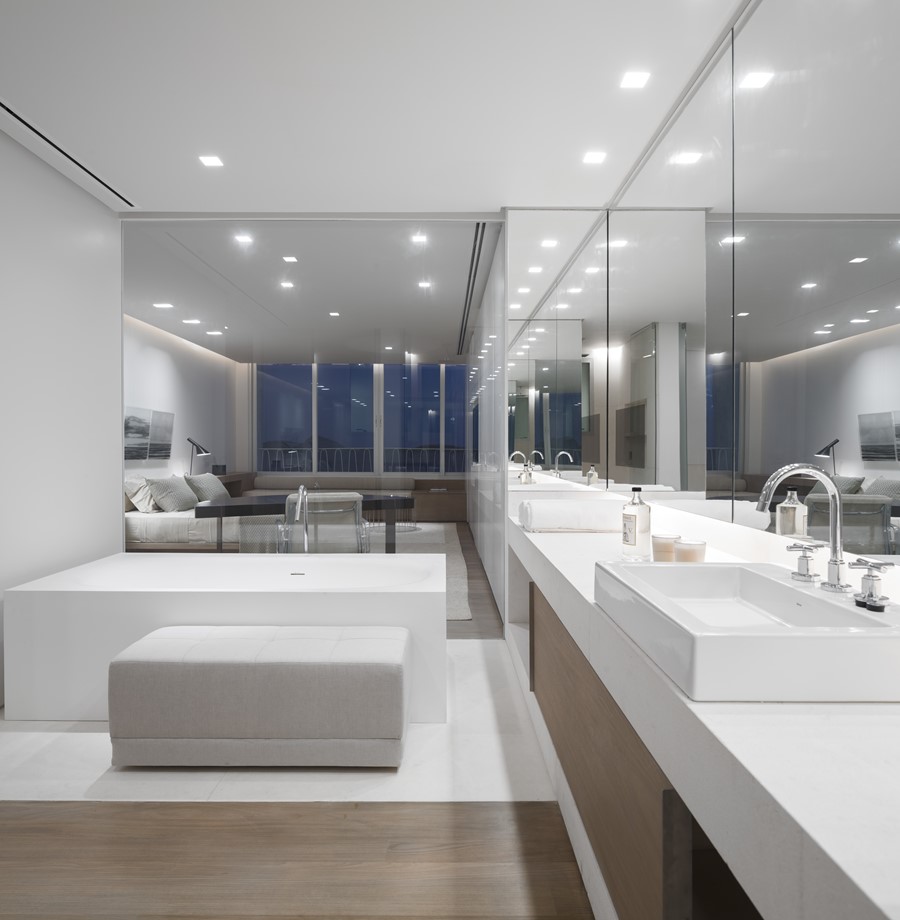 Incredible location and an entangled layout were the challenges of this apartment renovation in front of Ipanema beach, near the Arpoador rocks. The building façade extends over 30 meters towards one of the most spectacular views of Rio, but the diamond-shaped plan has a narrow rear façade only 12 meters wide. The core of the plan is largely occupied by the building’s elevators and ventilation shaft. A true puzzle if one takes in account the irregular structural pattern and the adjacent buildings blocking both sides.

Several studies led to an option where the master suite was displaced to the front façade, an unorthodox choice considering standard solutions in Rio that favors vast living rooms in front of the beach and dark bedrooms placed next to the rear façade. This proposal also asked for the kitchen to be displaced to the core of the plan, generating complex circulation paths between social and intimate areas. Finally, we had to remodel part of the existing structure in order to open the apartment to the landscape.

The entrance hall is separated from the living room by a sliding glass door, surprising visitors with a view of the Atlantic. Slightly above tree canopies, the extensive façade highlights the horizon framed by a long bench that follows the parapet. The materials employed seek neutrality to be a backdrop for the sea. One of the columns was reshaped in concrete and supports a wooden volume that conceals a bar and a TV. The sober tones of the limestone flooring and ash wood millwork highlight the furniture designed by great Brazilian names such as Jorge Zalszupin and Rodrigo Fasanello. A large wood trunk, sculpted by Hugo França, is used as a desk. The bespoken buffet, inspired by Ipanema beach, later became part of the collection of brand Etel, under the name “Onda”.

Sliding doors create different configurations of integration between the living room and private areas. The kitchen was converted into a luminous common space, separated from the corridor by frosted glass doors next to the ventilation shaft. In the rear façade, two bedrooms share a common study room, enlarging spaces that are confronted to the overwhelming presence of nearby buildings. A third bedroom was transformed into service areas to enjoy natural ventilation. The master suite is oriented towards the landscape, a concern present in every detail: a glass wall separates it from the bathroom and the furniture was designed with heights that allow contemplating the sea even while lying in bed.

From the Arpoador rocks to the Vidigal Mountain, framing the entire Ipanema beach, this apartment is filled with casualness and simplicity, a compliment to the breathtaking landscape.