Apartment in Rue de Lille is a project designed in 2014 by Spamroom and is located in Paris, France. 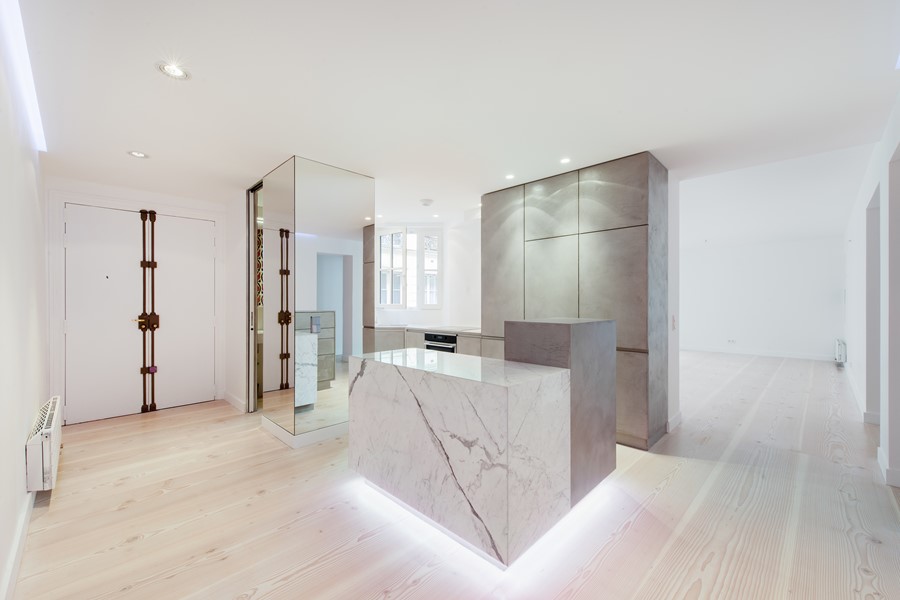 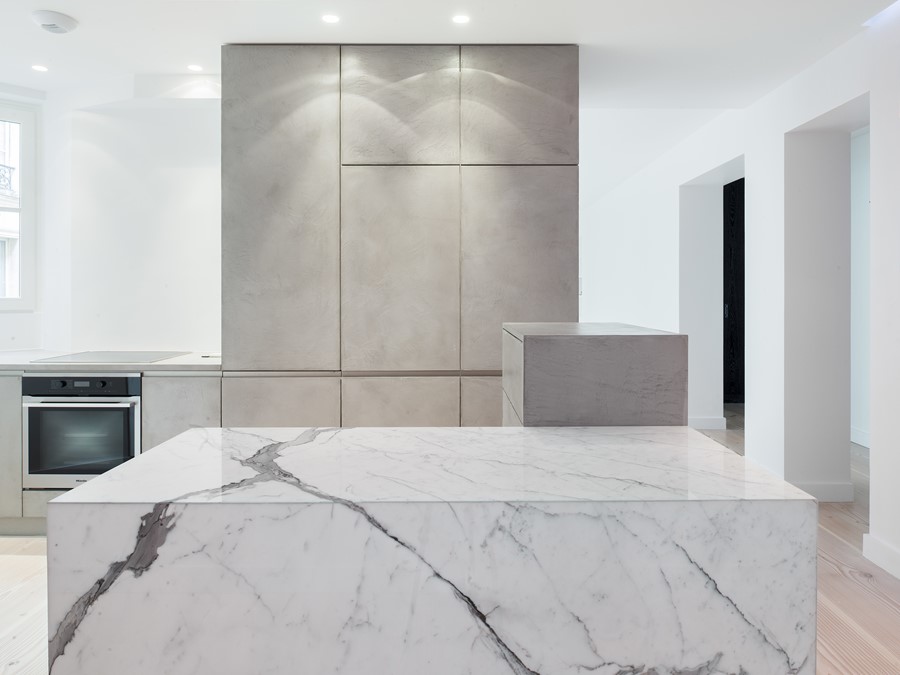 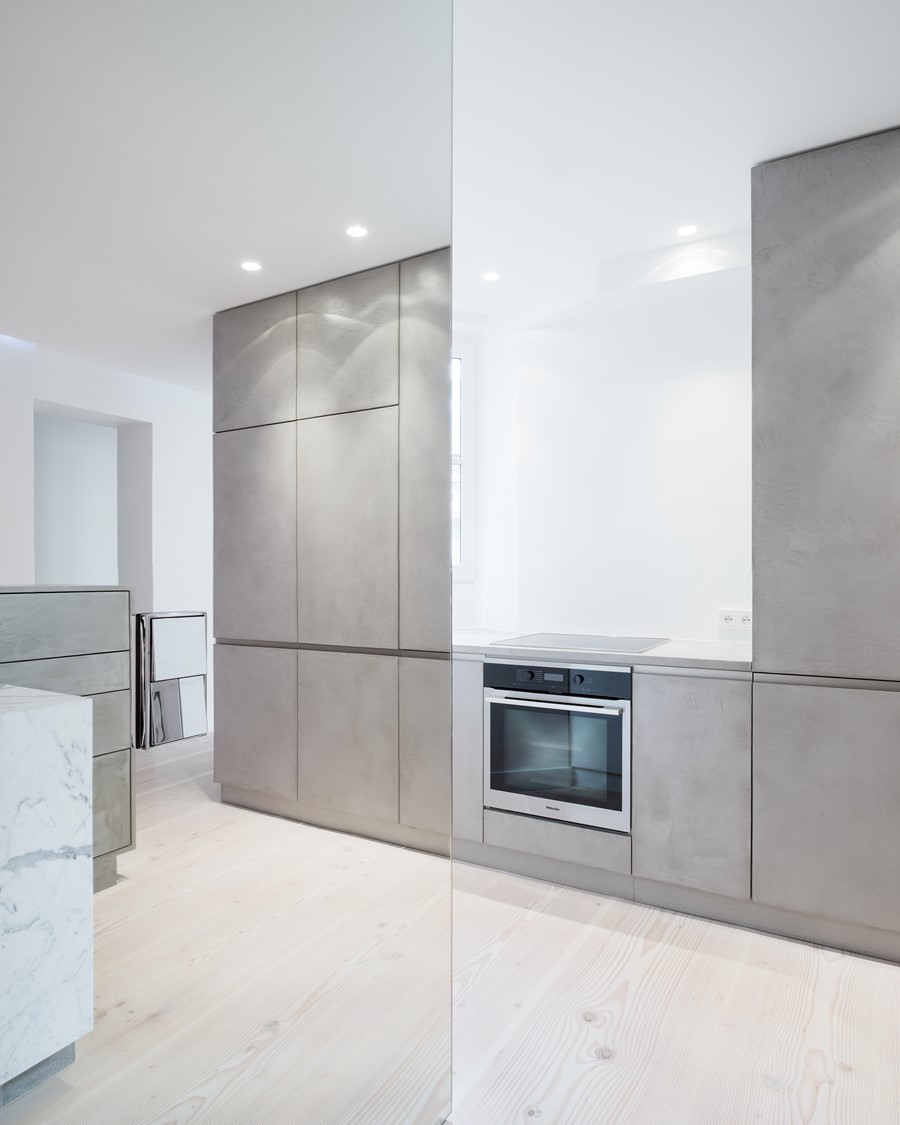 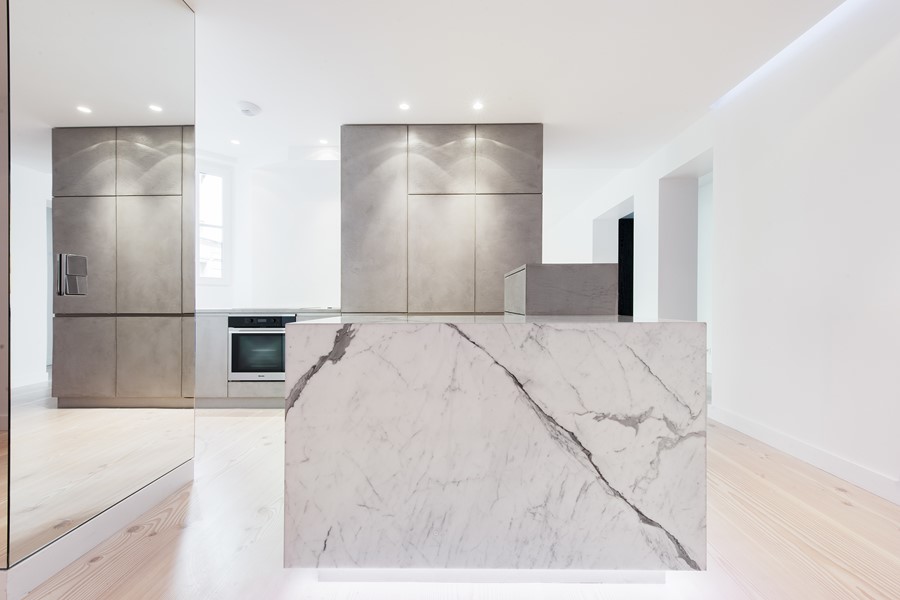 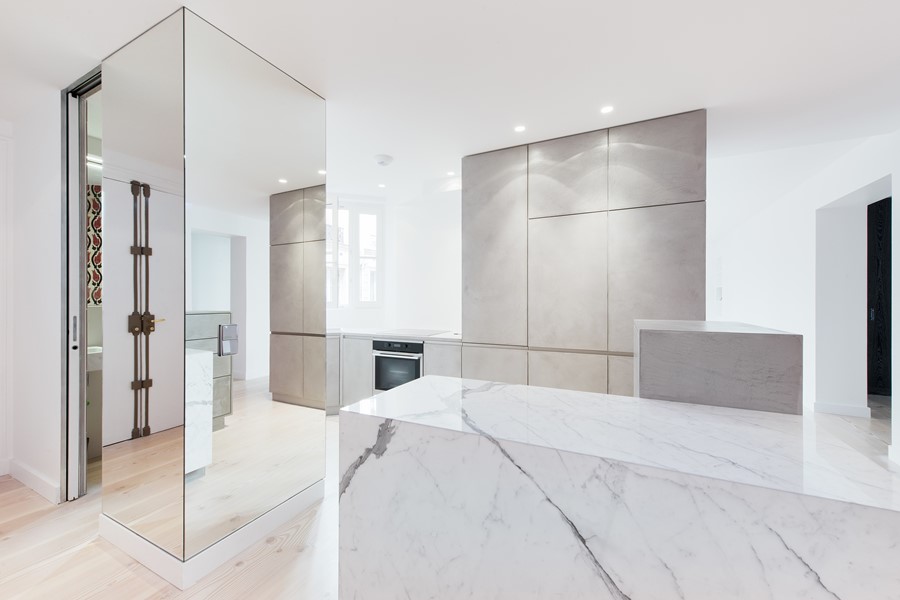 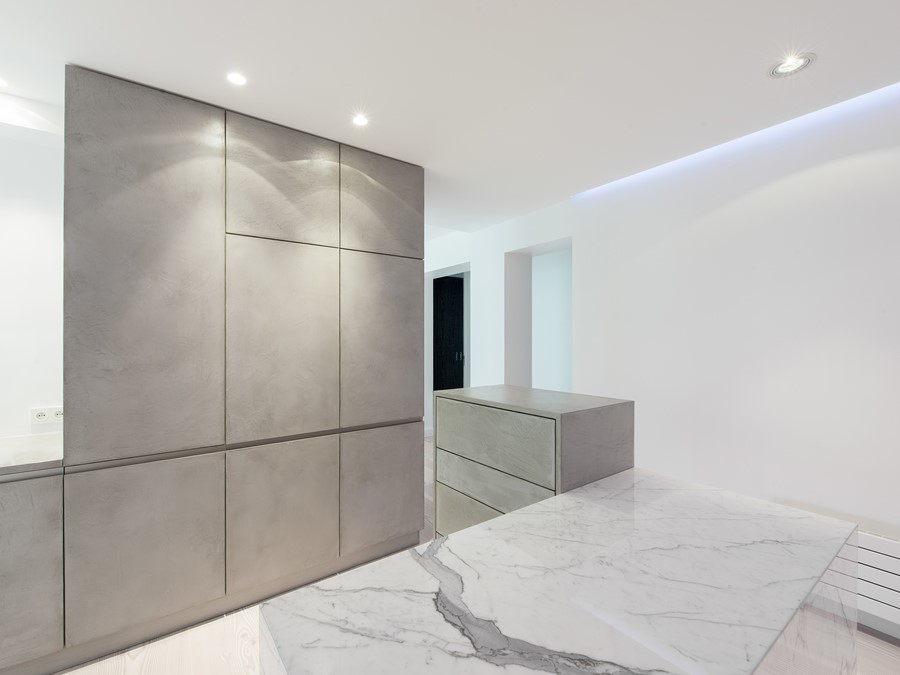 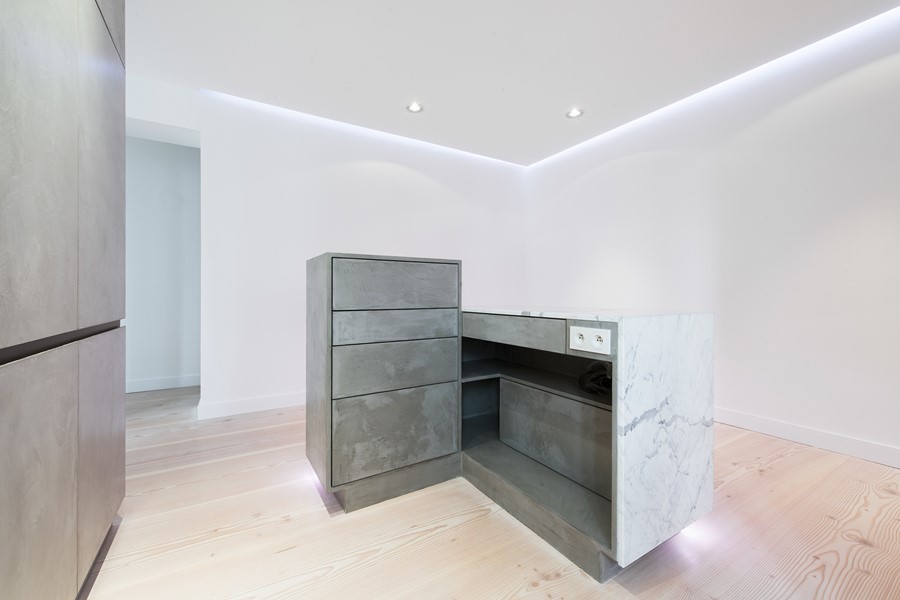 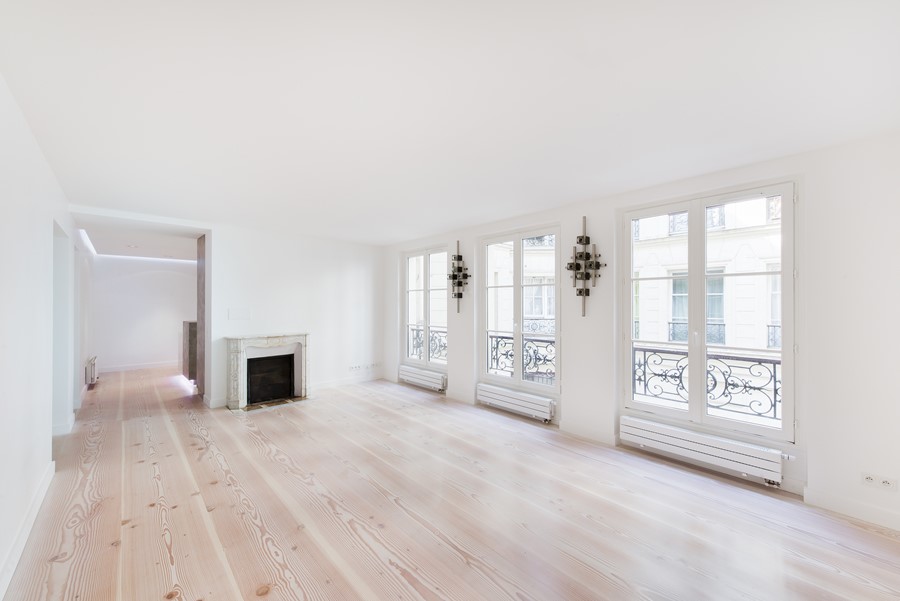 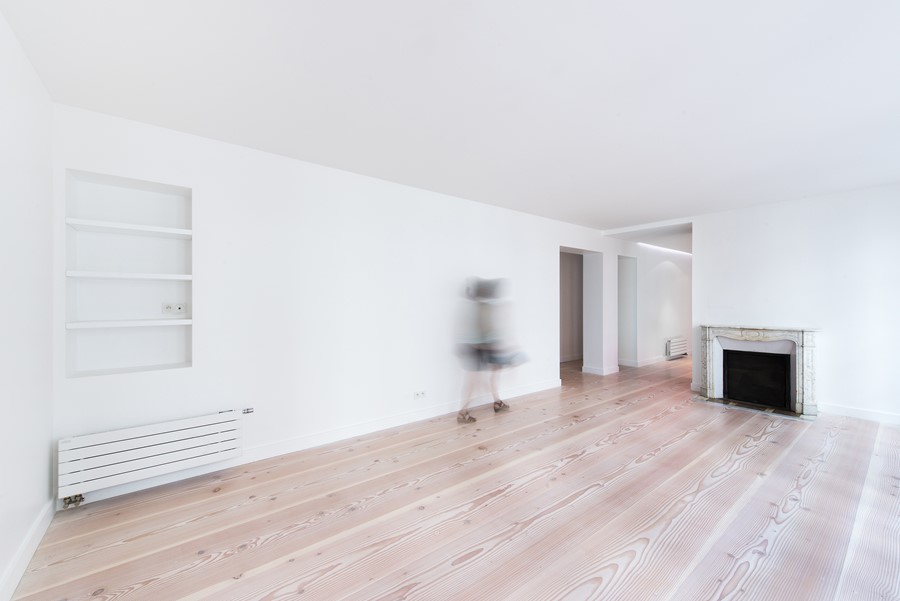 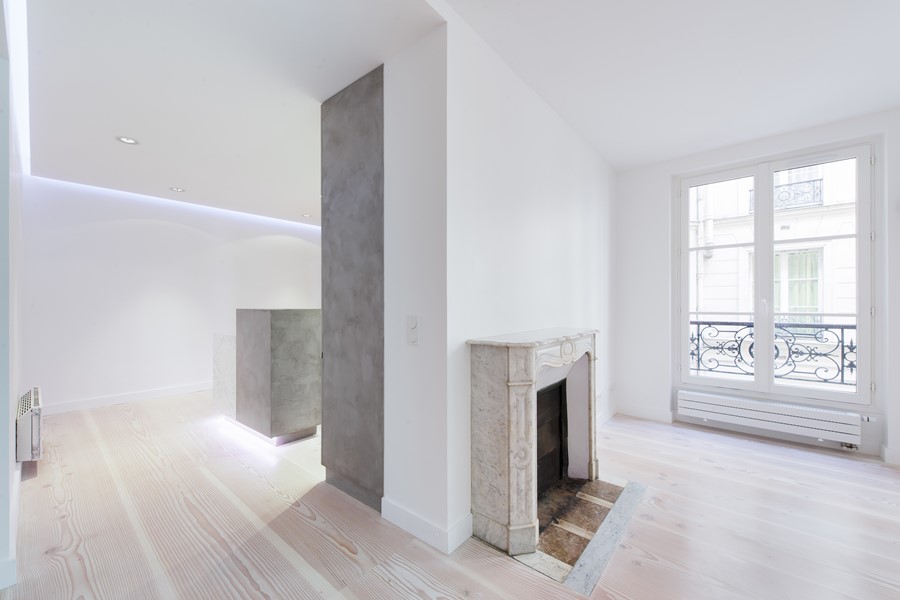 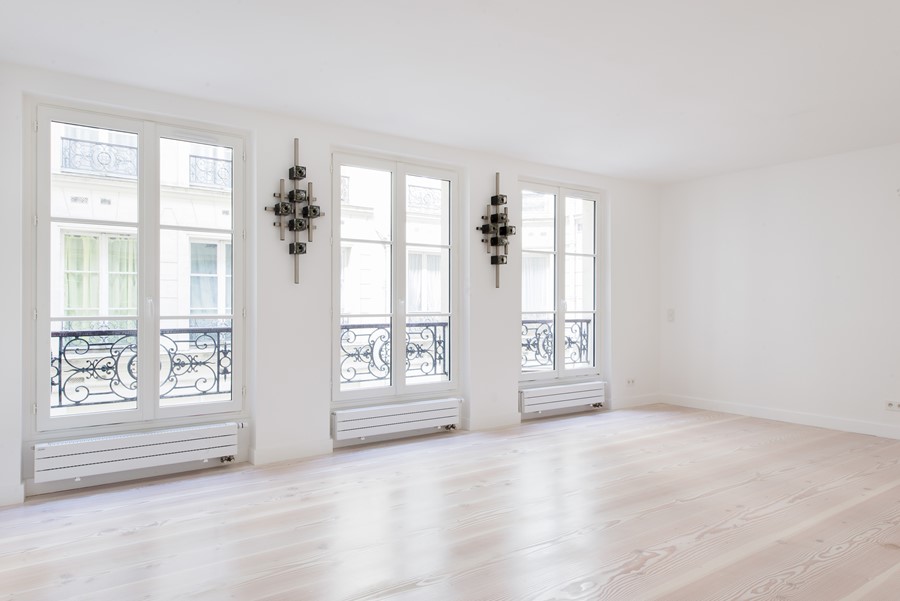 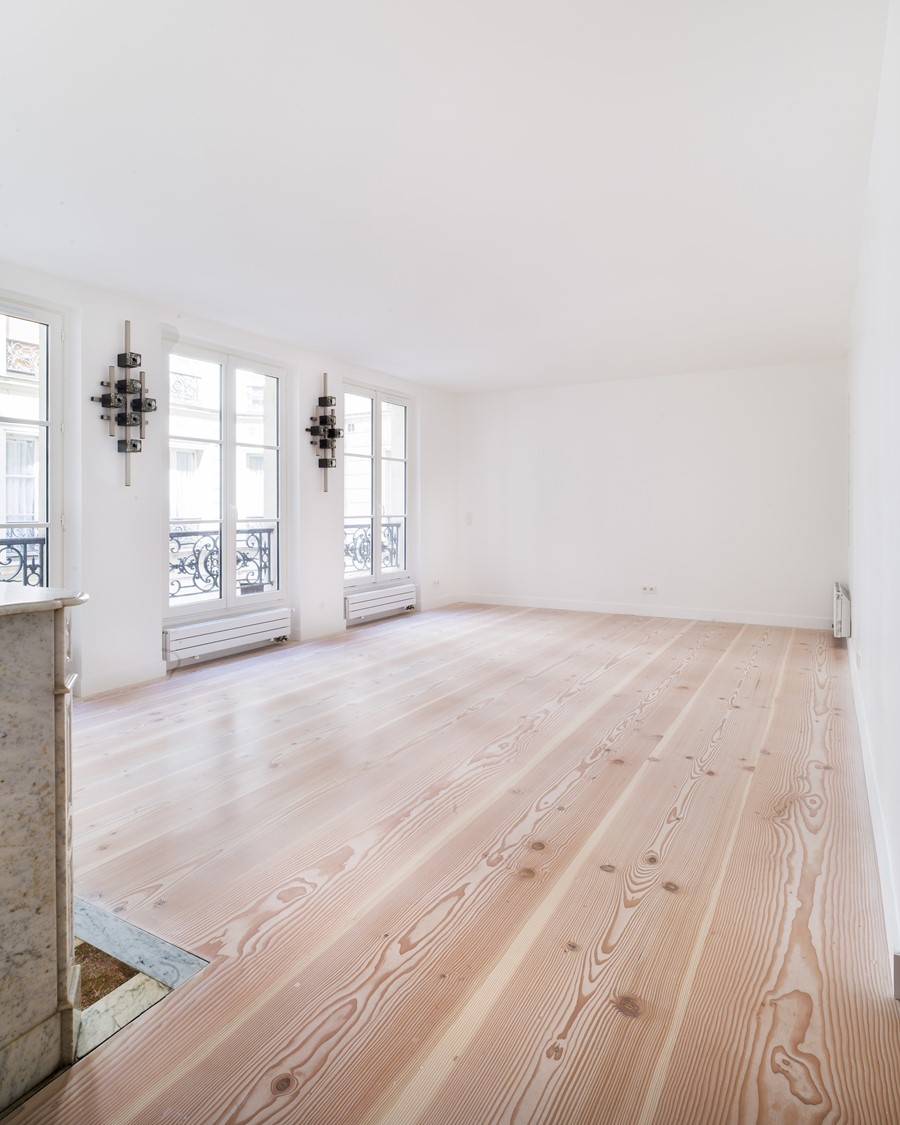 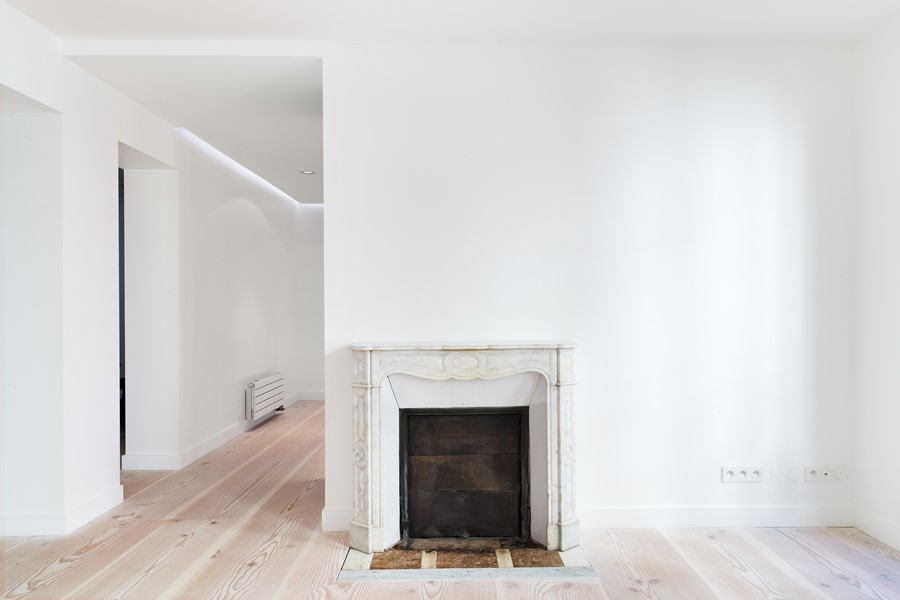 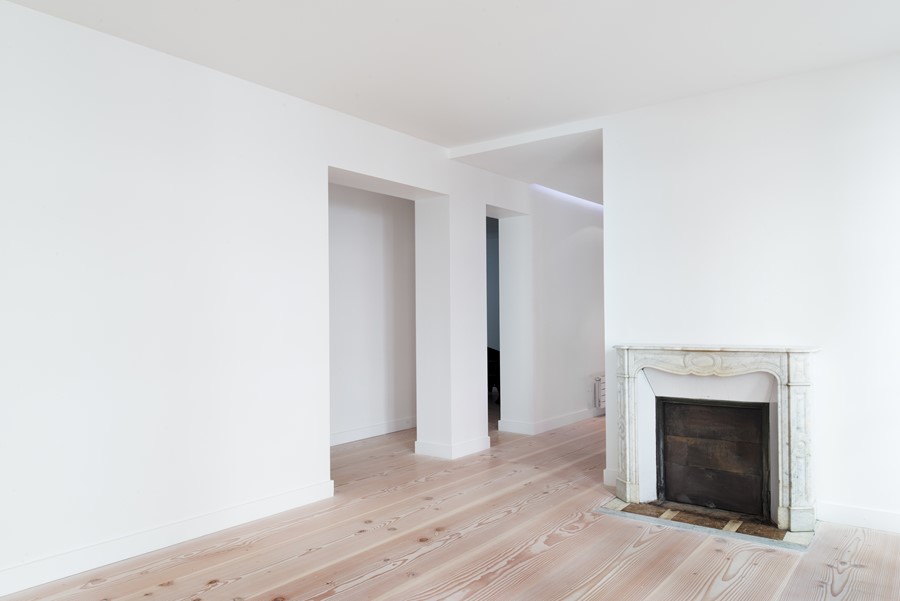 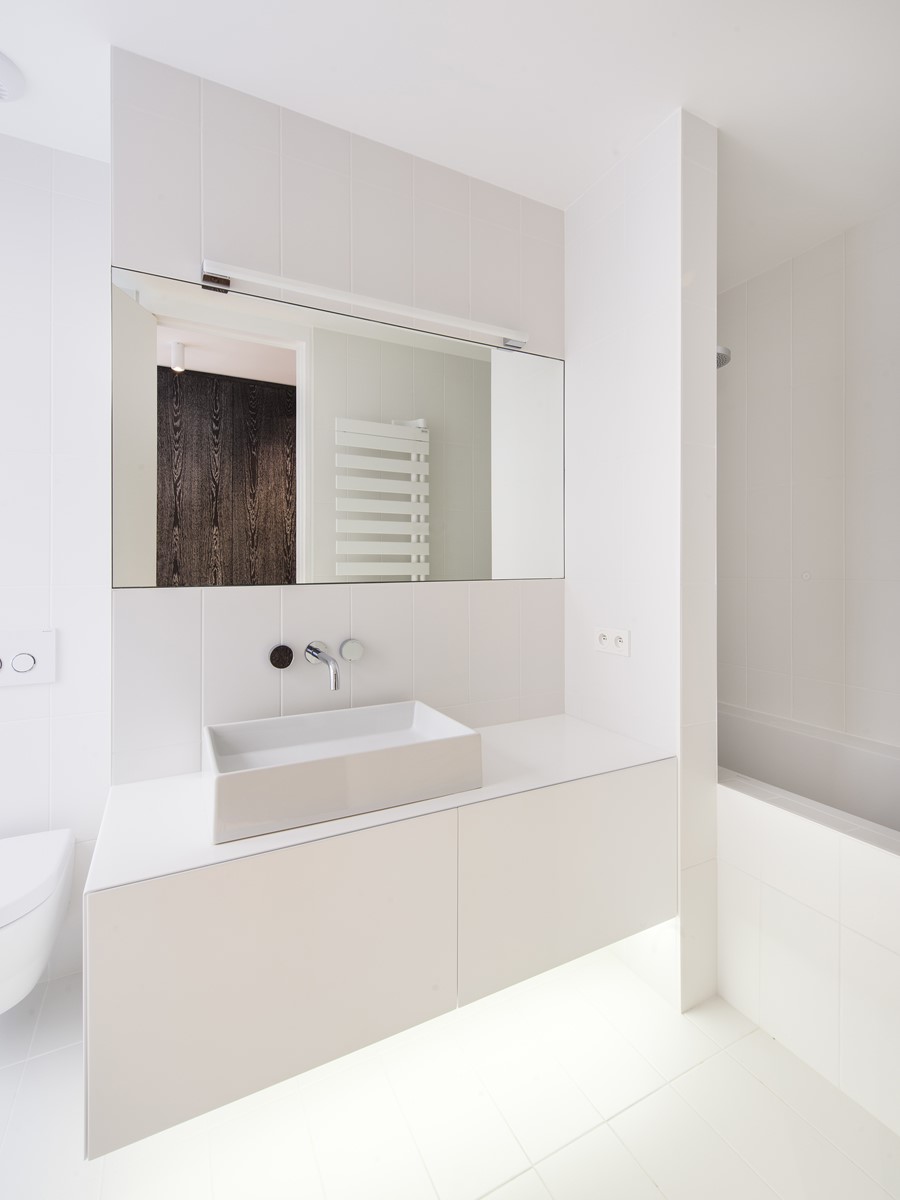 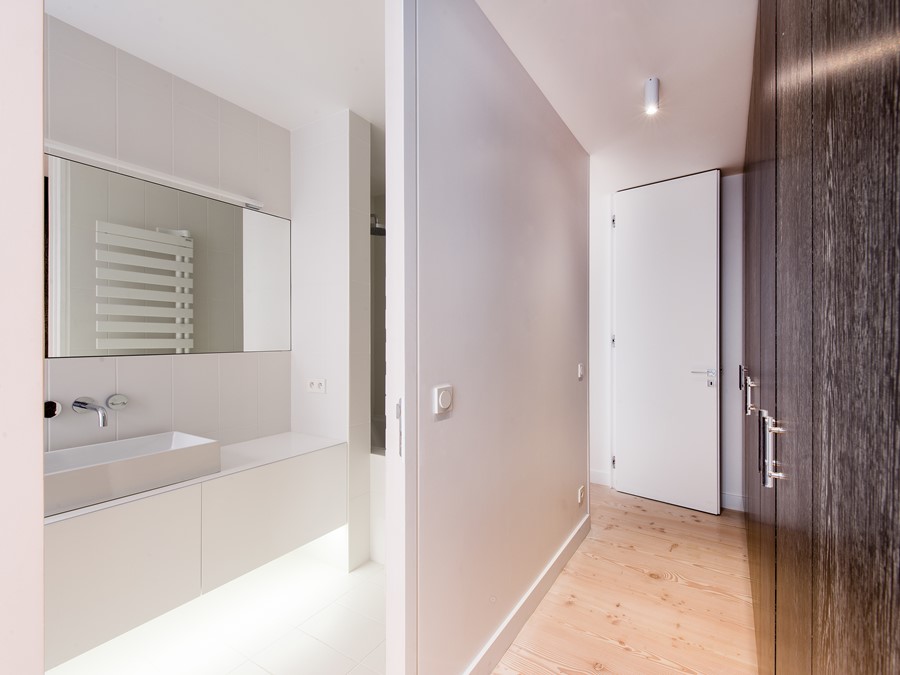 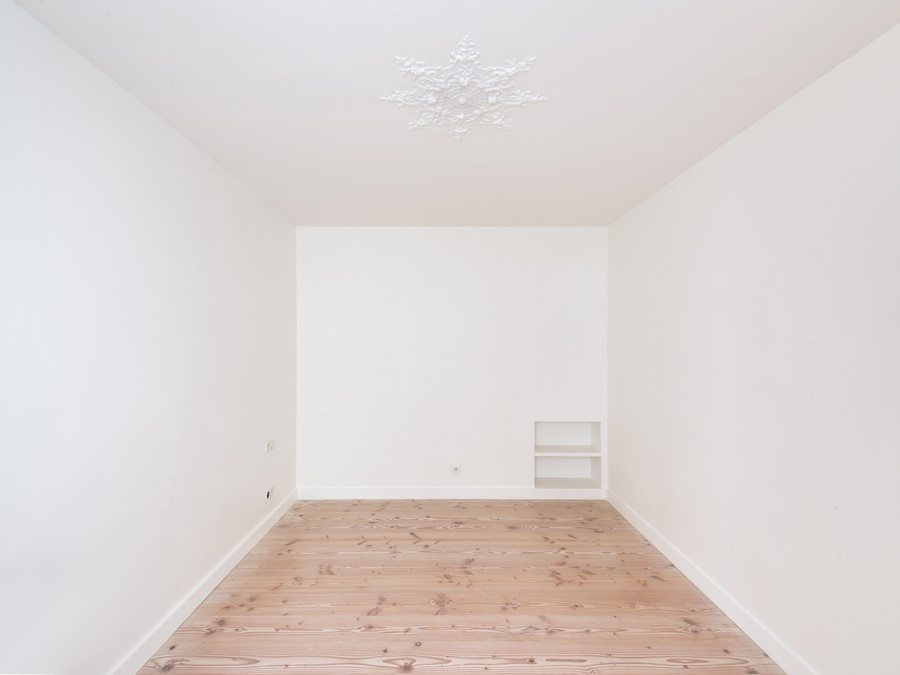 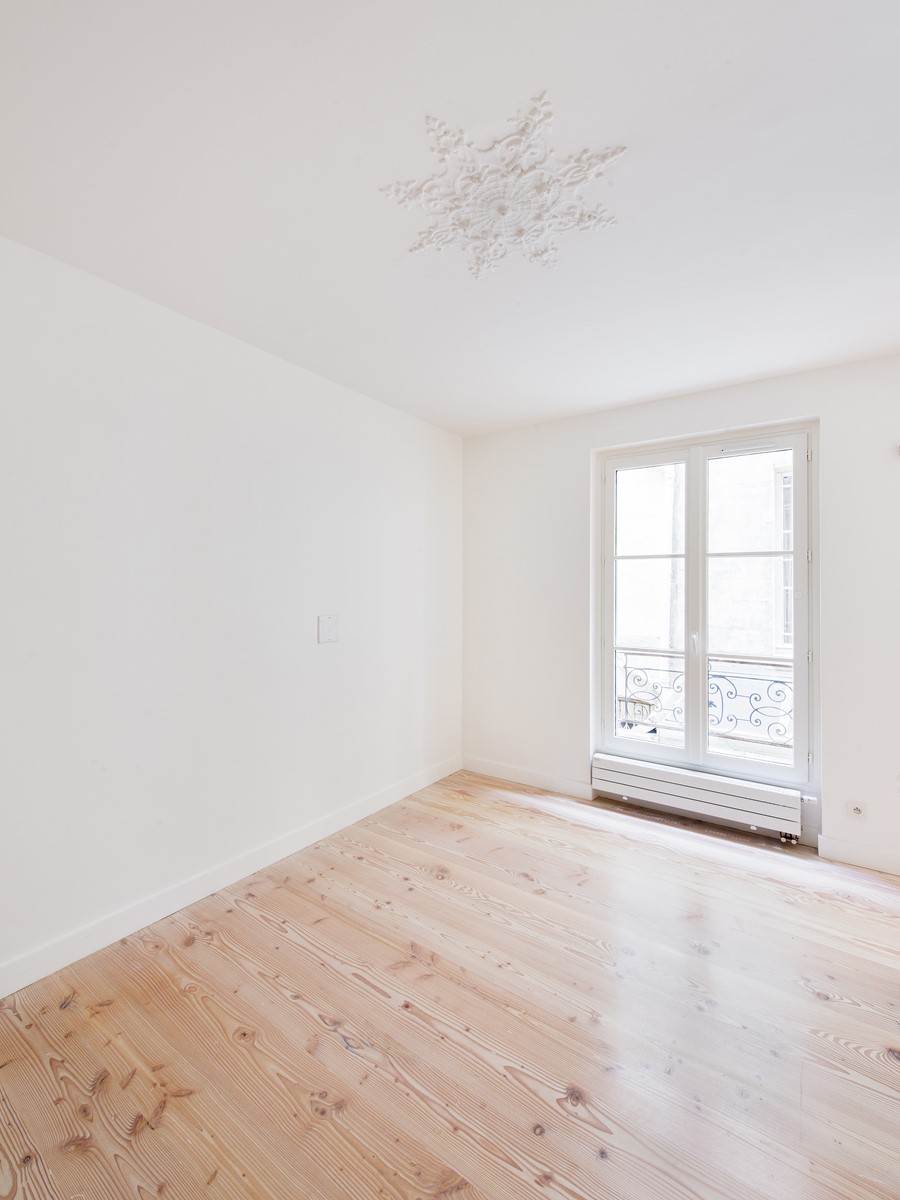 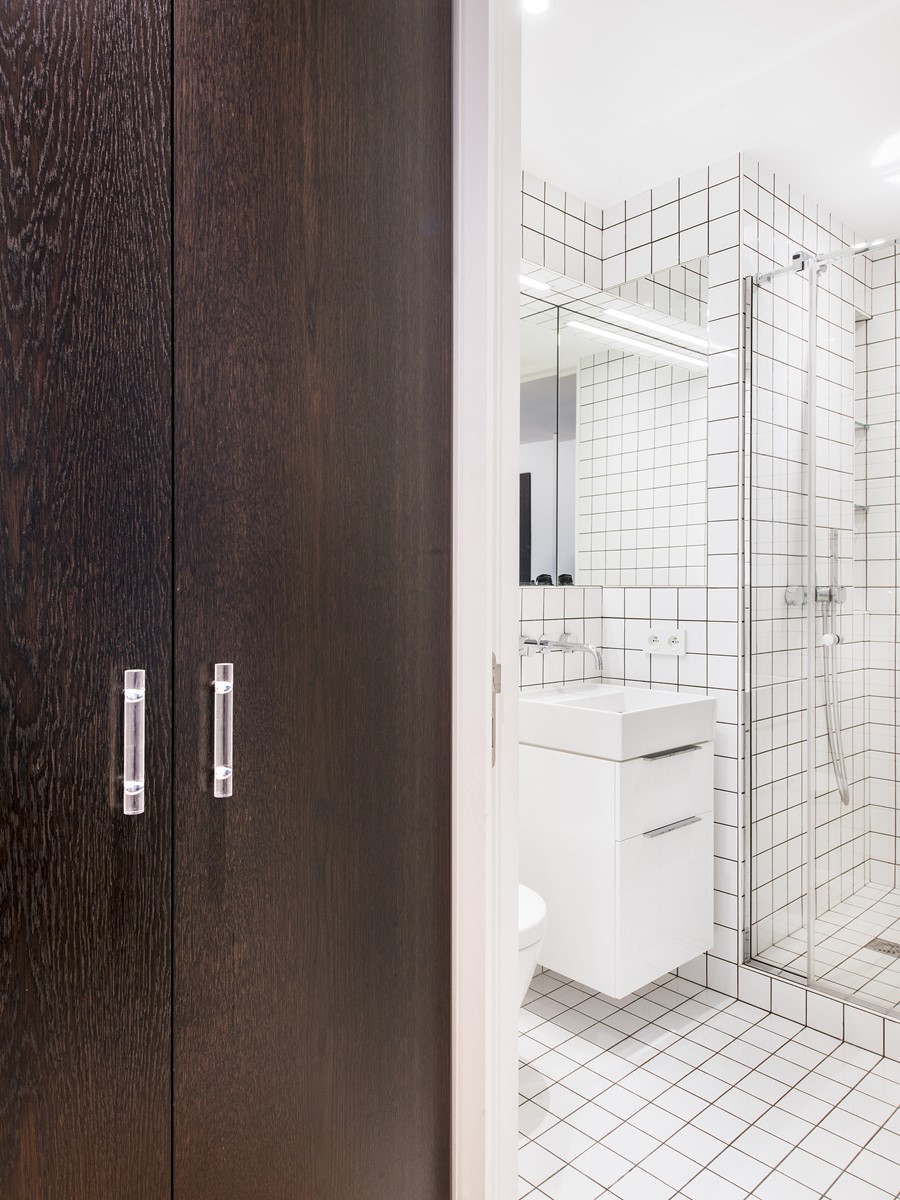 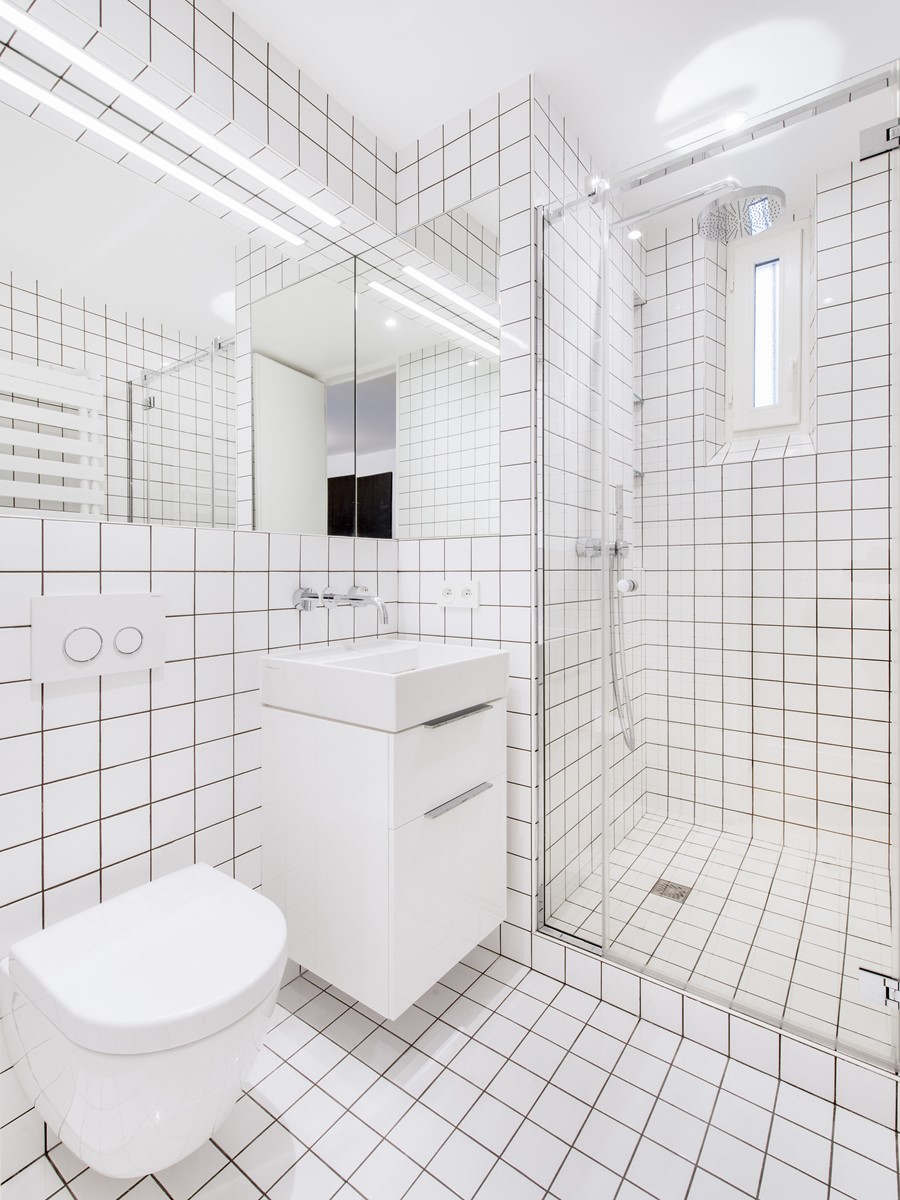 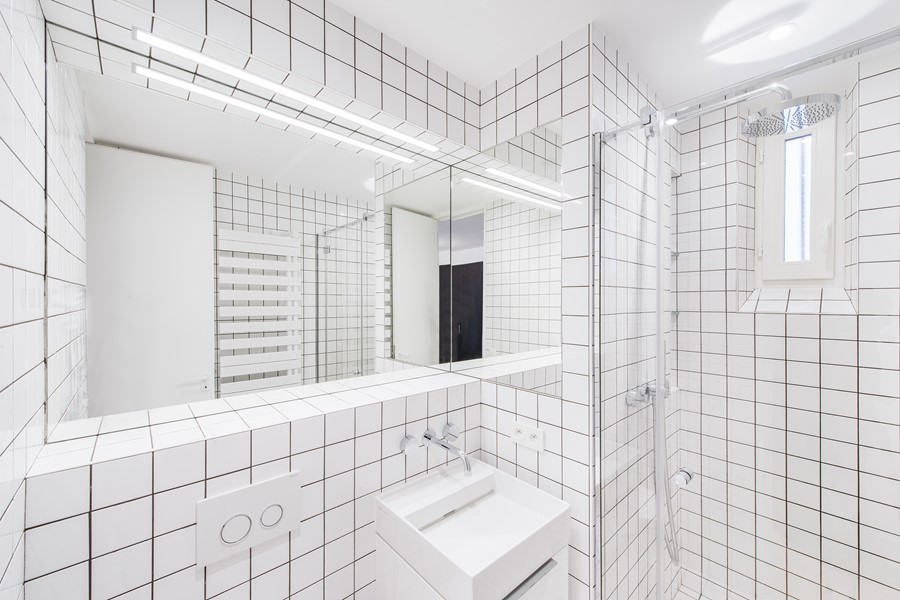 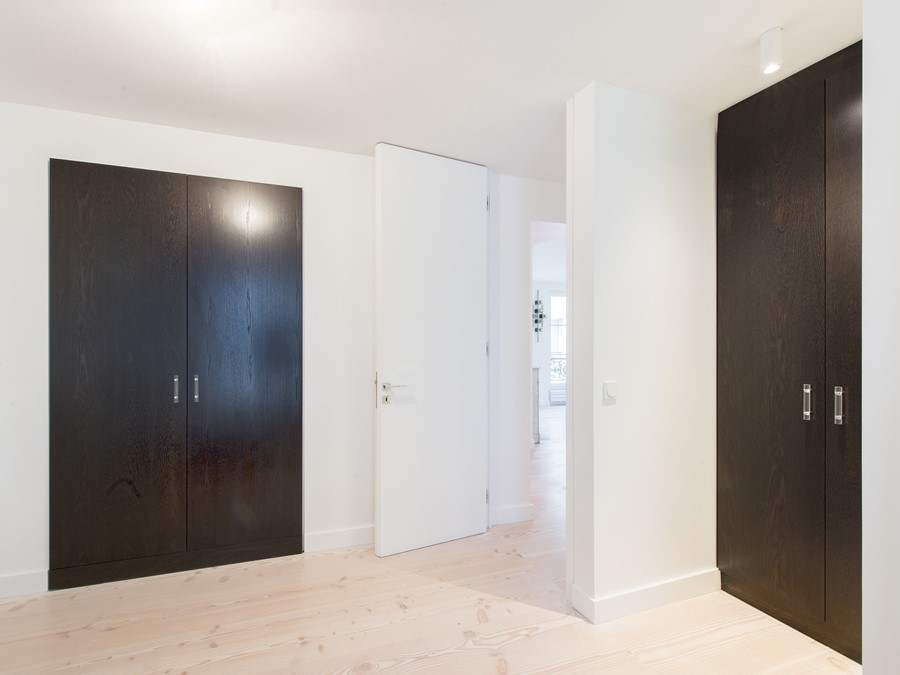 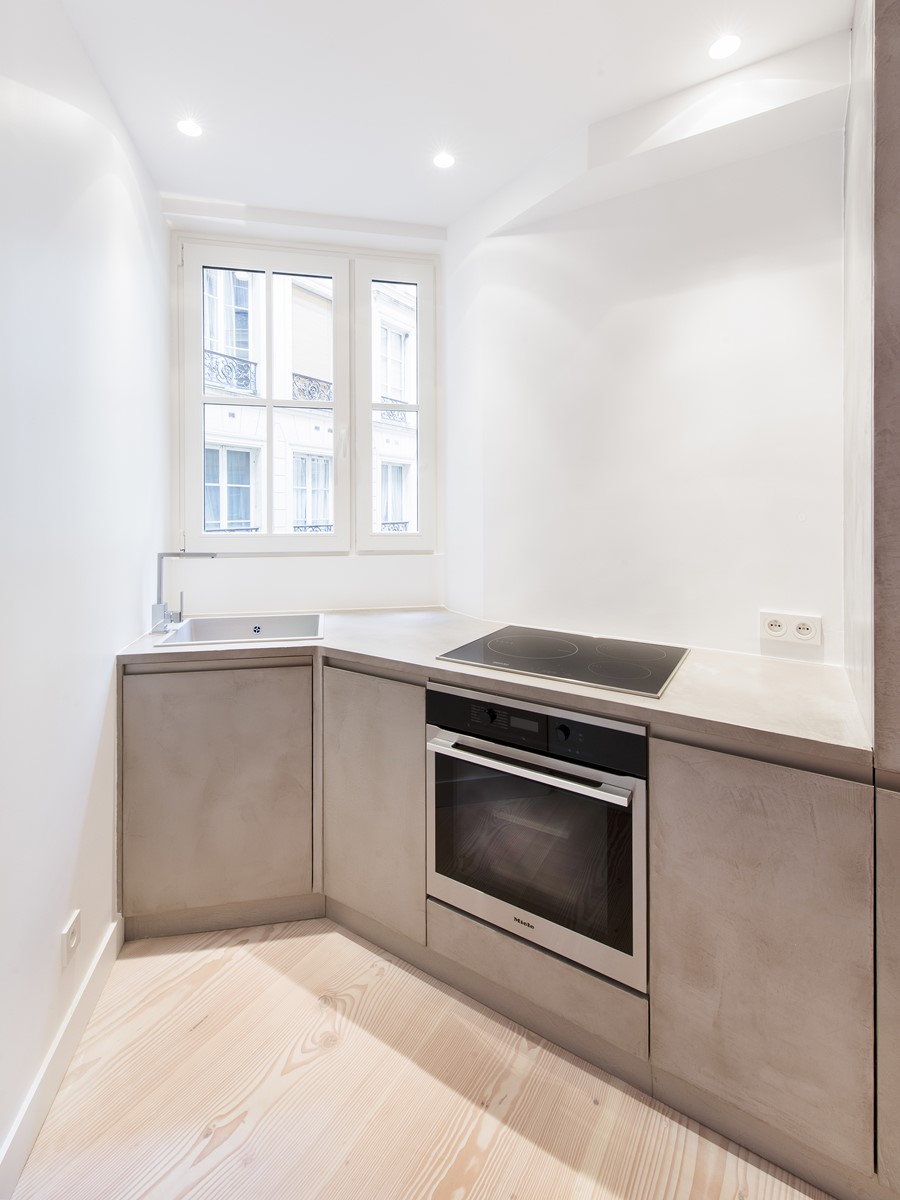 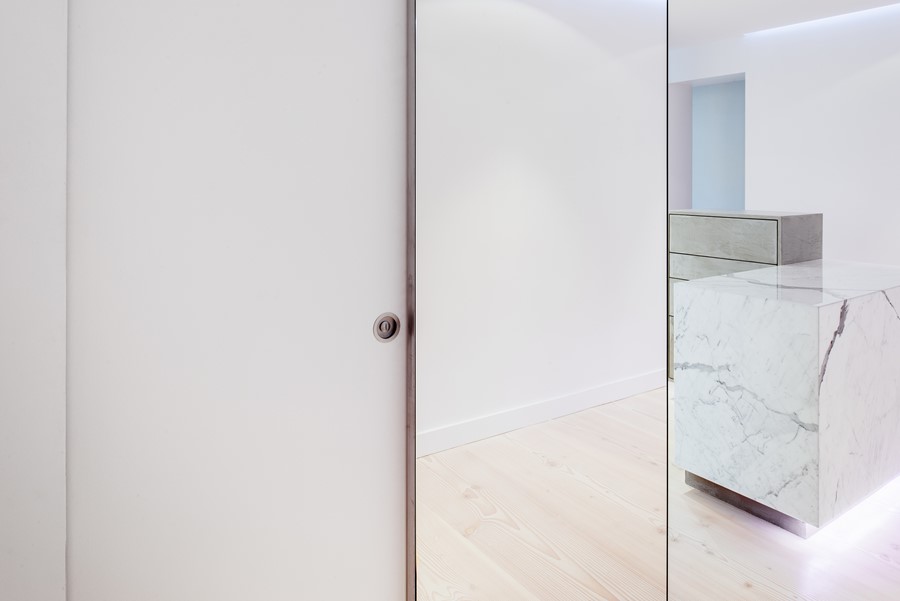 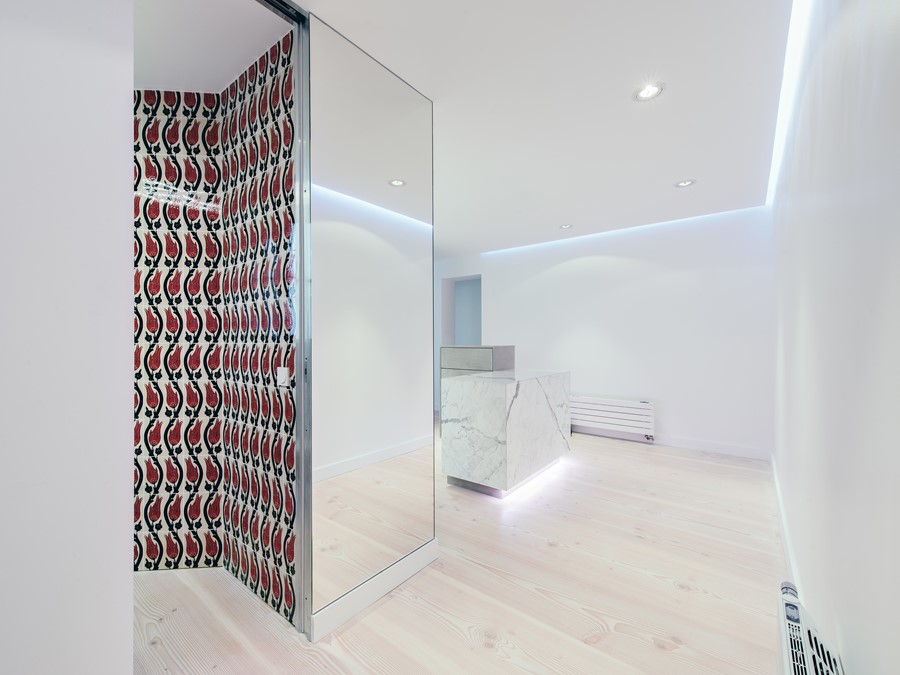 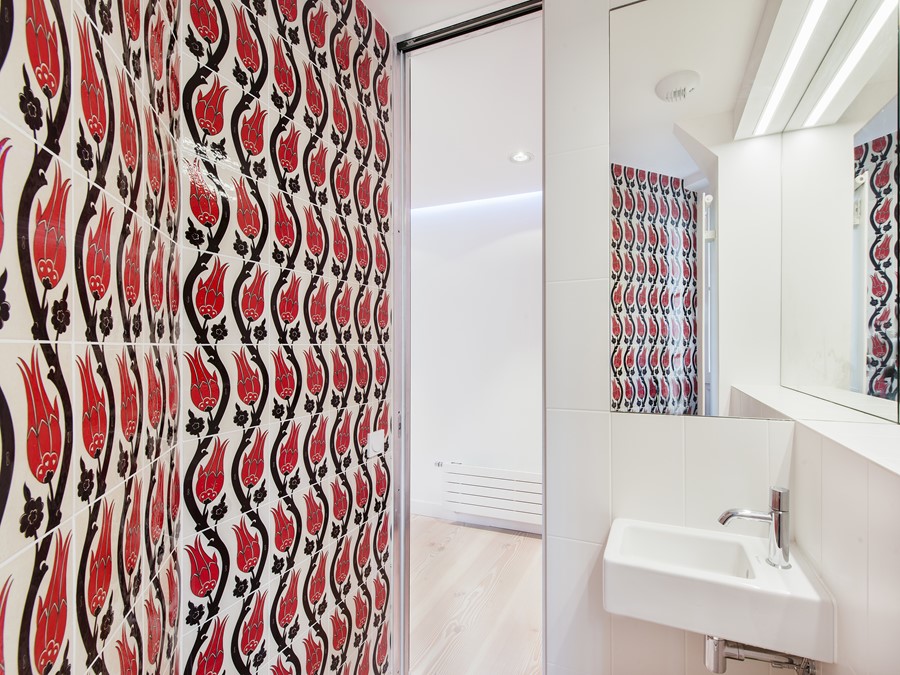 A 19th Century 100 sqm family sized apartment in the 7th Arrondissement (Rue de Lille) of Paris has been newly refurbished to suit the needs of a Parisian based fashion designer and african art collector. The space, although primarily a private residence was conceived to be a social space where the designer could potentially host intimate industry events associated with her profession.

The aim was to create two distinct areas: one more public, with living room, cooking space and guest WC and the other more private, housing a master bedroom with dressing room, a guest bedroom and a private bathroom for each bedroom.

The pre-existing interior partition walls of the flat were removed to create larger spaces in a new arrangement with a clear separation between private and more public zones. The threshold between these two zones is a vestibule, which serves to articulate the plan and to buffer both areas from each other. In order to tailor the plan to this occupants specific needs, the many individual rooms and corridors were consolidated into fully usable open spaces.

Like many Parisian apartments the building plan is arranged around two quiet interior courtyards and thus sheltered from street. The new floor plan arrangement ensures that each room receives a courtyard window offering natural light and ventilation to all the rooms.

One major requirement from the client was that the cooking space would have to be as inconspicuous as possible as she rarely cooks at home. For this reason, the kitchen has been understood as a type of lobby for the apartment and it’s positioning is immediate upon arrival.
The first and last impression of the apartment is this entrance lobby showcasing not a conventional busy kitchen but a tranquil collection of textured sculptural objects lit from concealed lighting above and below- a polished marble monolith (breakfast bar), a full-height mirrored mass (guest WC) and a wall of beton ciré (concealed cabinetry).

As a consequence of removing the original partition walls and reimagining the plan, a decision was made to remove the partially damaged parquet flooring. To achieve a new lighter material and spatial concept for the apartment, the original dark oak chevron parquet* flooring was replaced by visually calm single length planks of white washed Douglas fir flooring. The orientation of the wooden planks coupled with the overhead lighting serve as a guide from the entrance lobby through to the living room.

*this oak chevron flooring has been repurposed by the designer in another project.

The mirrored mass / guest WC at the entrance lobby has been partially tiled with turkish Iznik tiles, creating a dreamy, natural, geometric pattern that, when the sliding door is drawn back, forms part of the material concept and impression of the space that may be seen upon first entering the apartment.

The material concept for the private / bedroom areas differs to the more public areas of the apartment where lightness and reflective materials create an almost neutral canvas. As it is a quieter, more personal realm, the plan is organised to shelter the master bedroom in the deepest recess of the apartment for ultimate privacy. A vestibule serves as a buffer between the two areas and full height doors can either open or close this chamber as required.

The dressing room contains a full wall of cabinetry made of black cerused oak with lucite handles. Mirrors together with white gloss or white matt tiles with black or white joints and chrome bathroom fixtures easily configure both bathrooms.

The aim was to create a calm sequence of spaces with a refined layout and appropriate use of materials. The apartment offers light, generous spaces tailored to the needs of a well travelled art collector and fashion designer as a platform to showcase pieces from her private collection – a space to host guests on one hand and to offer a calm reprieve on the other.