Ivanhoe Terrace is a project designed by OB Architecture and is located in the heart of the Winchester Conservation Area in a predominantly residential area. The existing structures on the site consisted of a 3-storey Victorian end of terrace house with a 2-storey 1960’s extension to the side. The two structures had been combined together to form an office space for the Women’s Institute. 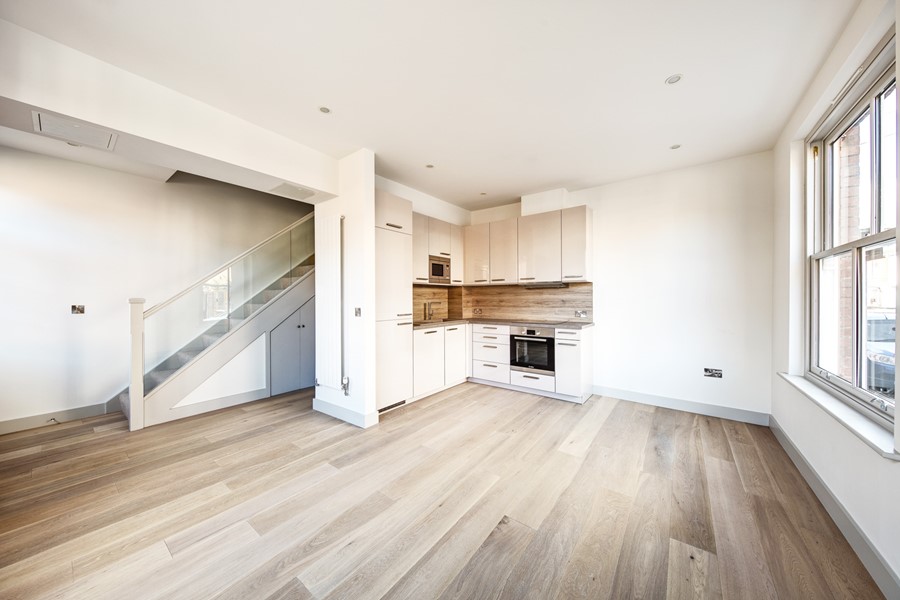 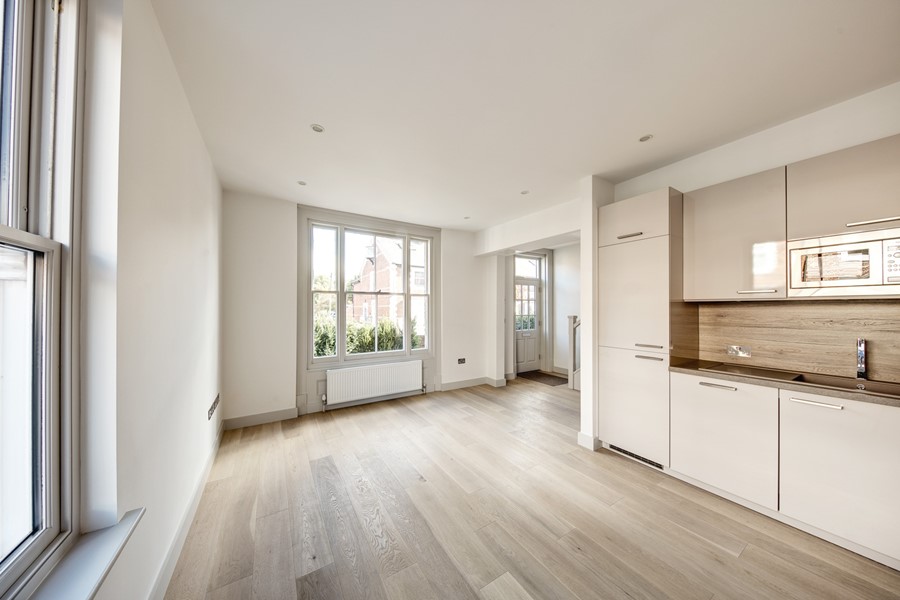 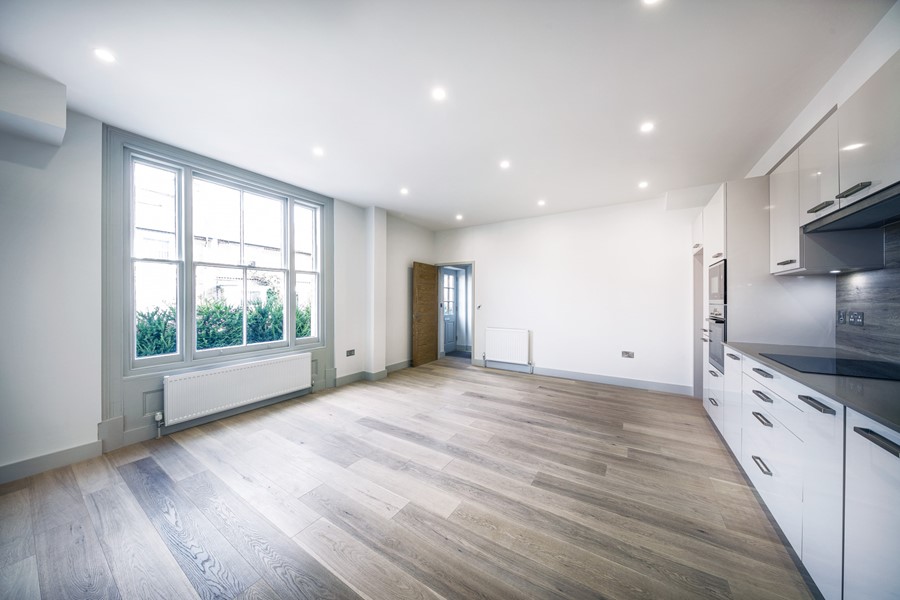 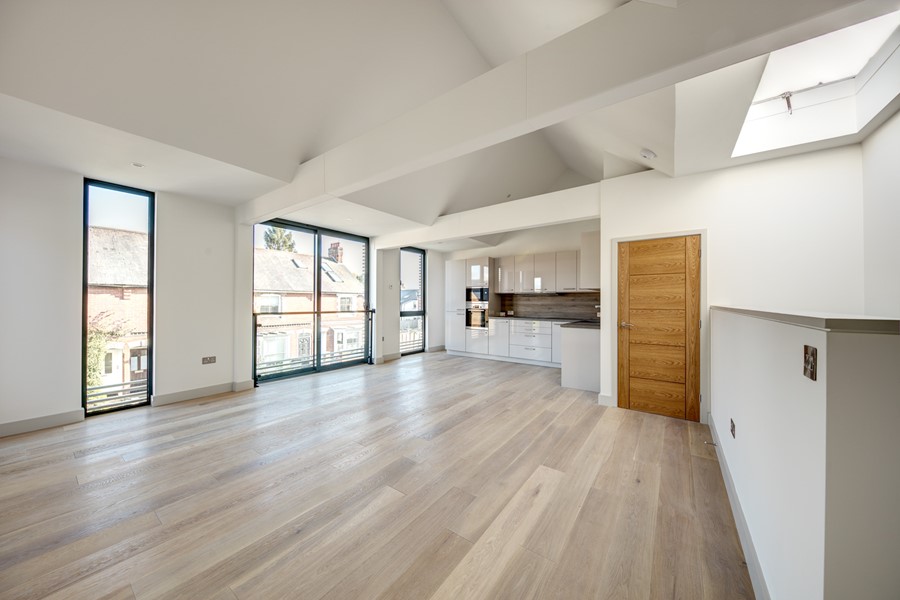 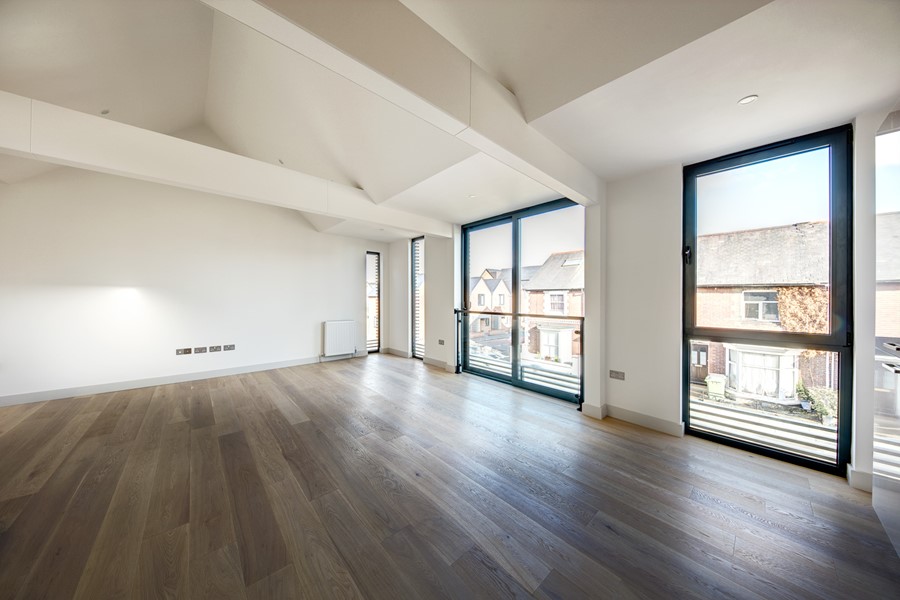 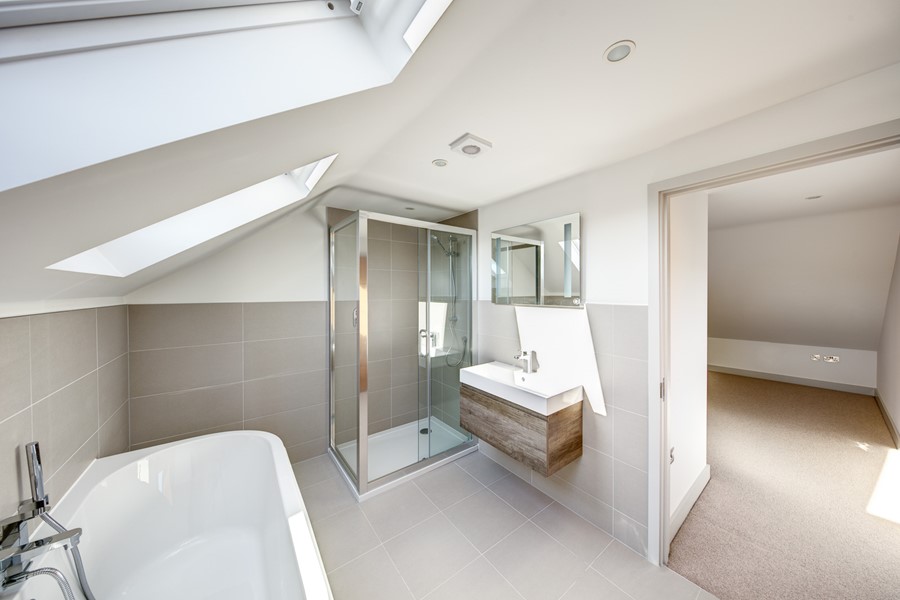 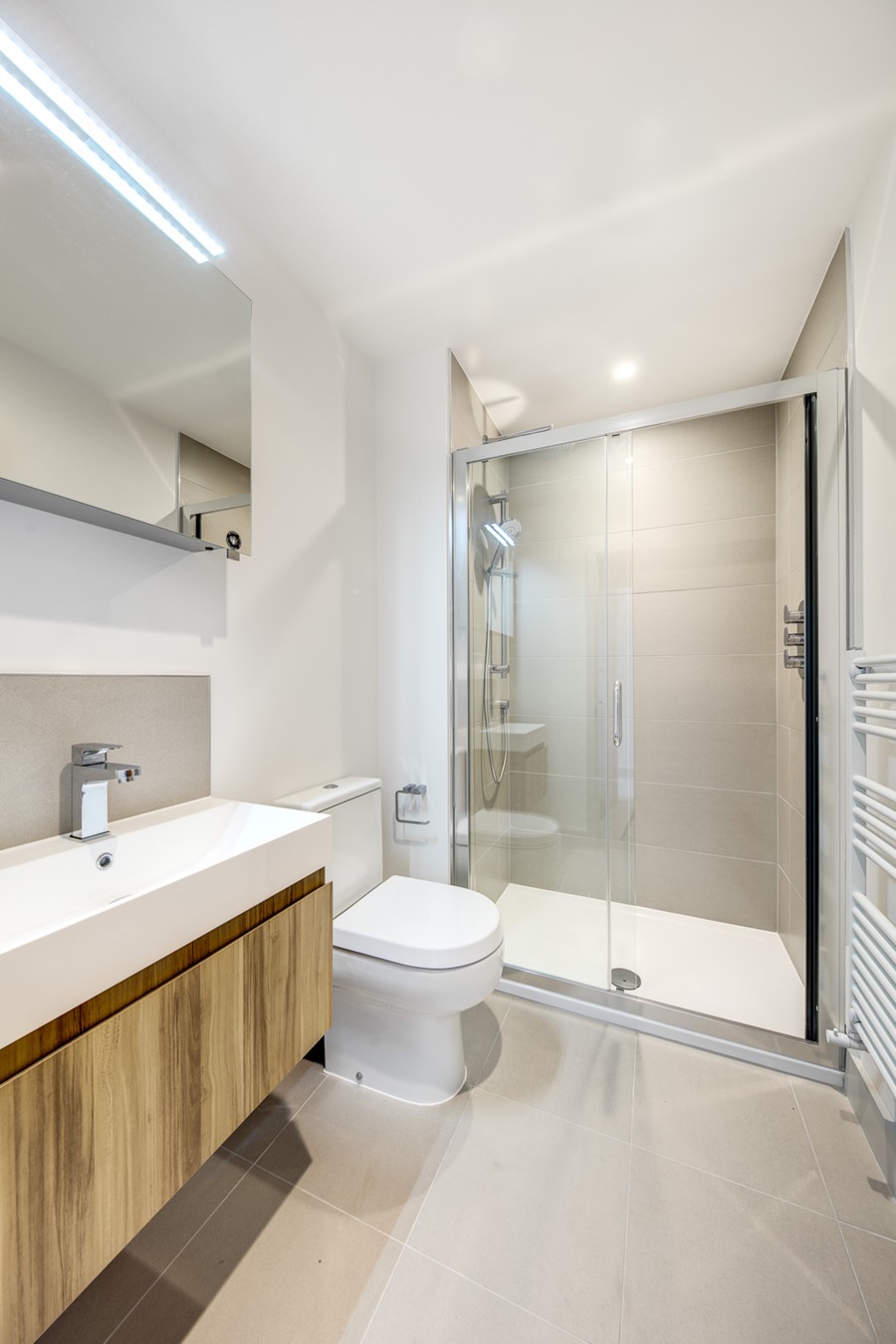 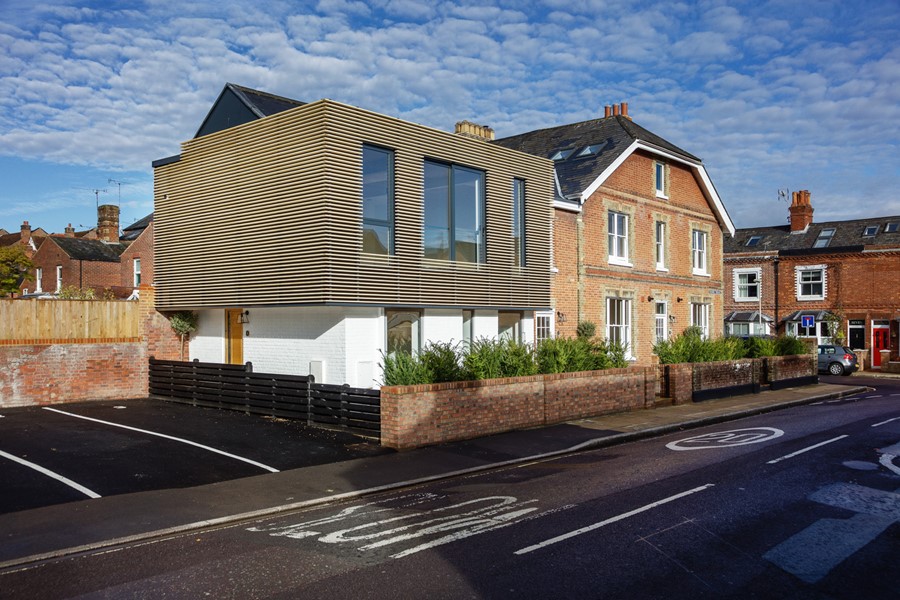 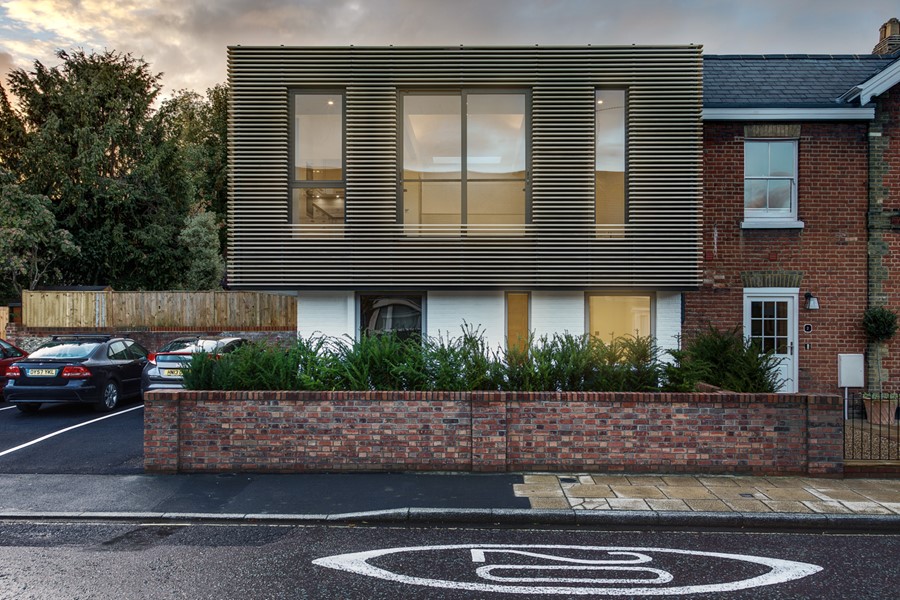 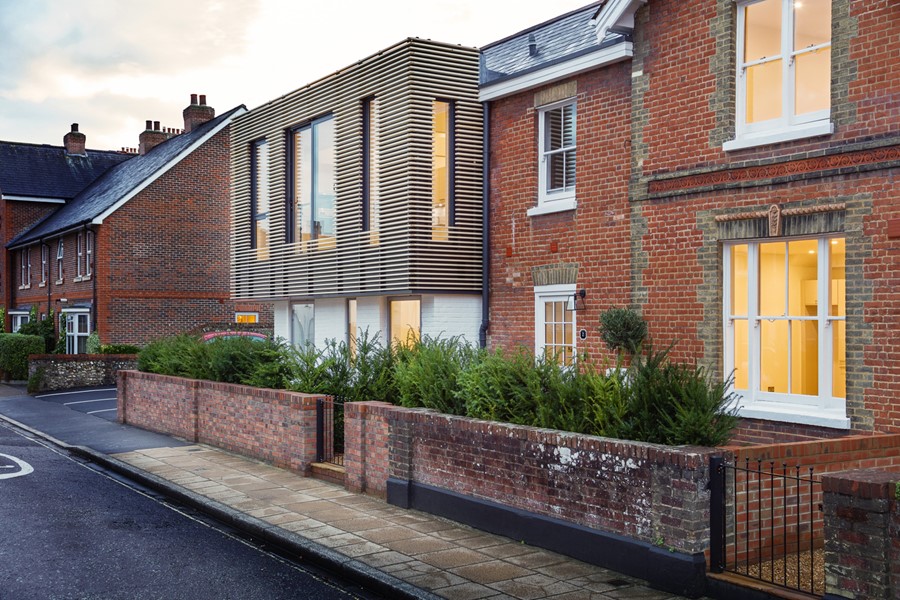 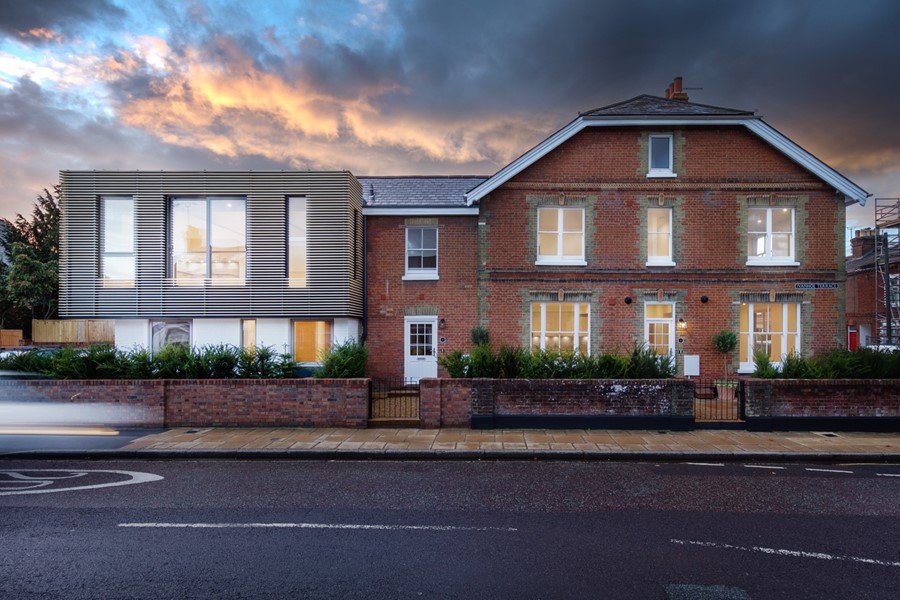 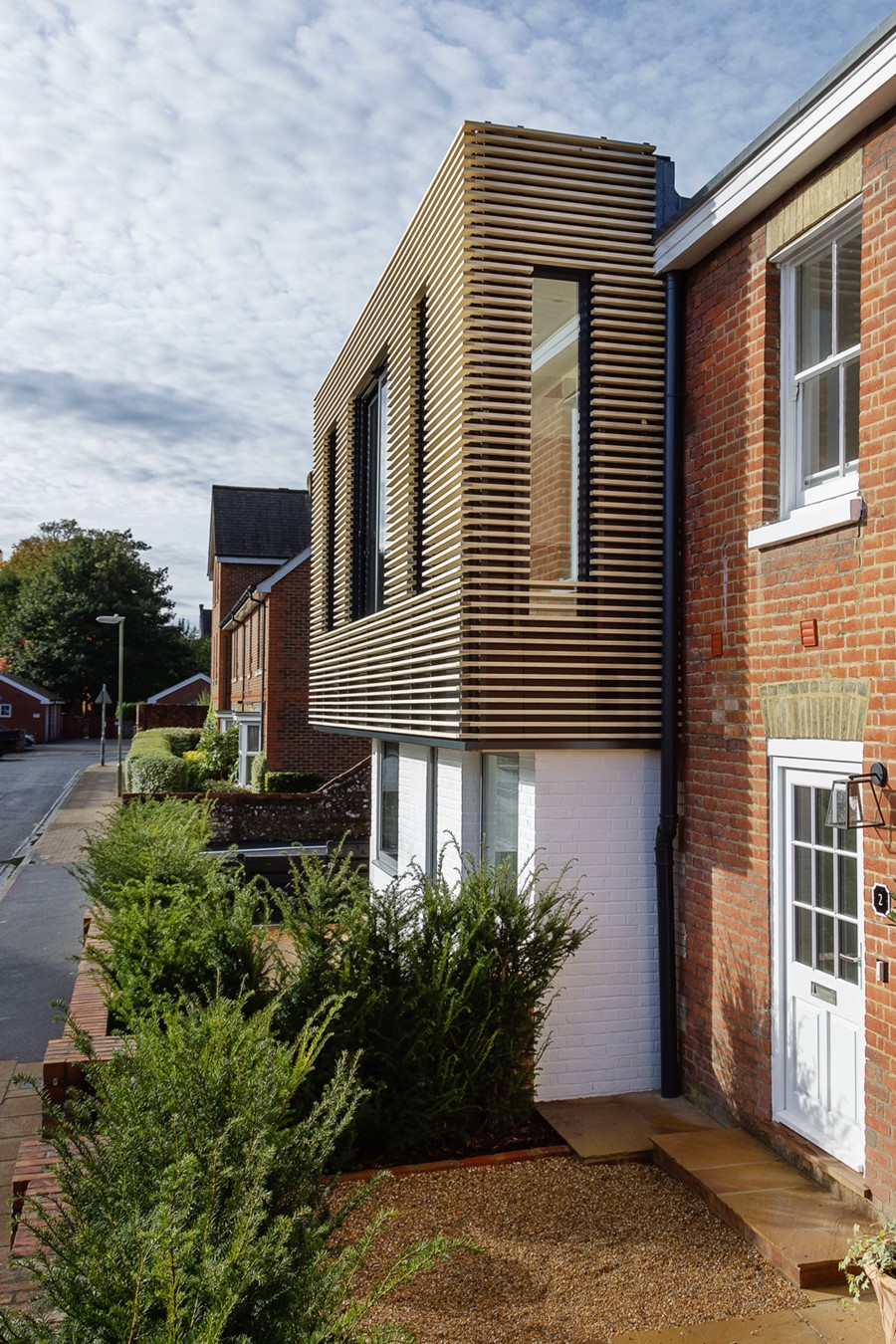 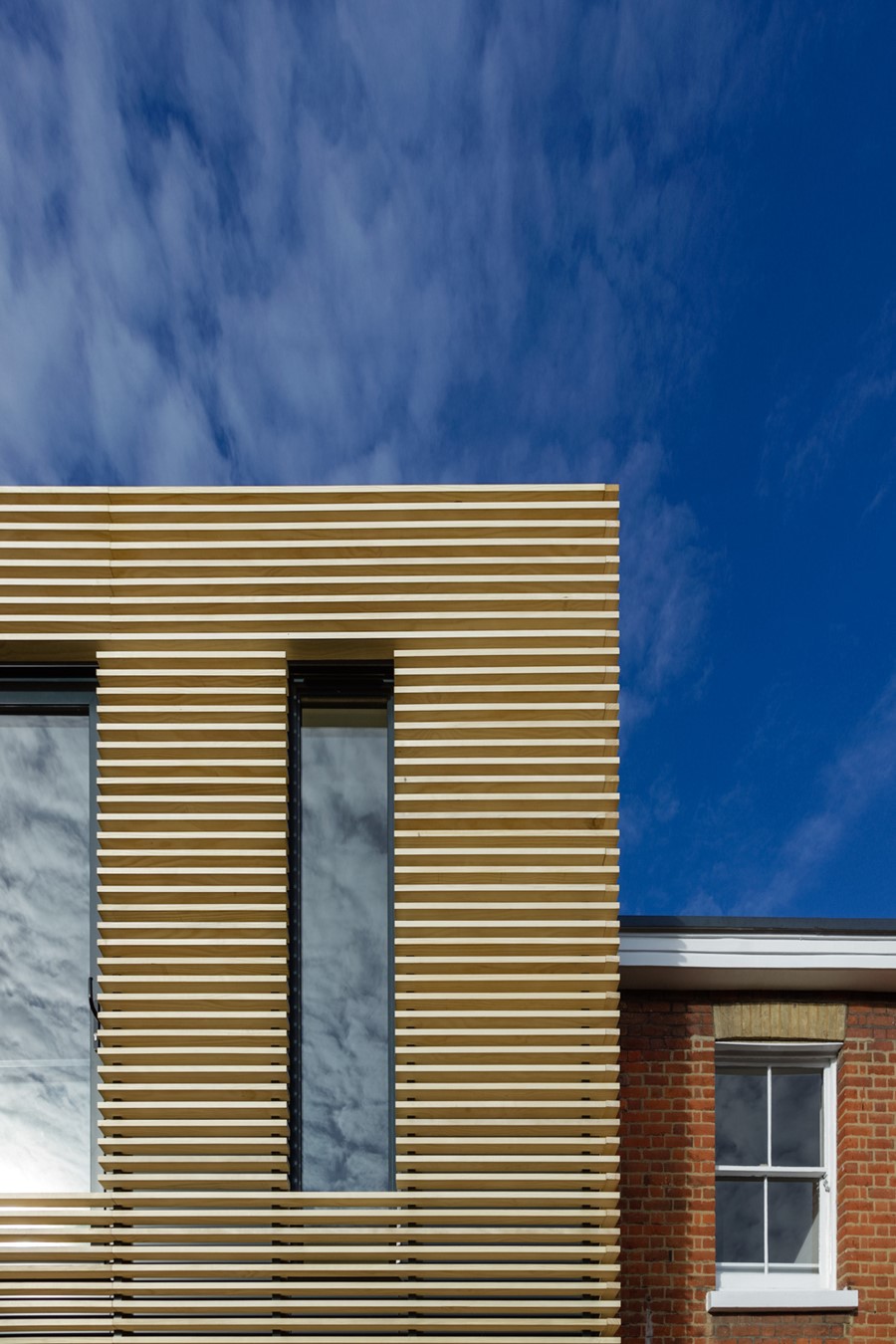 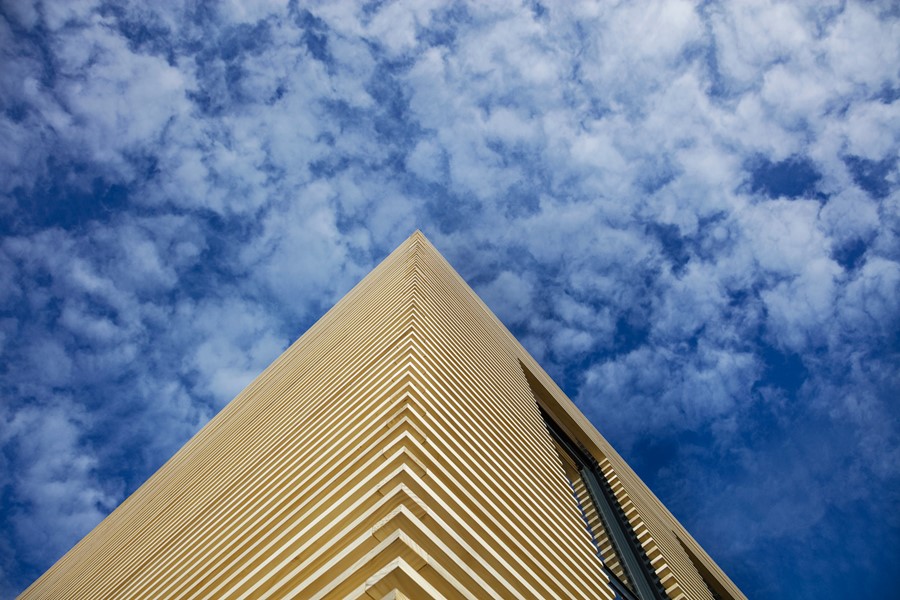 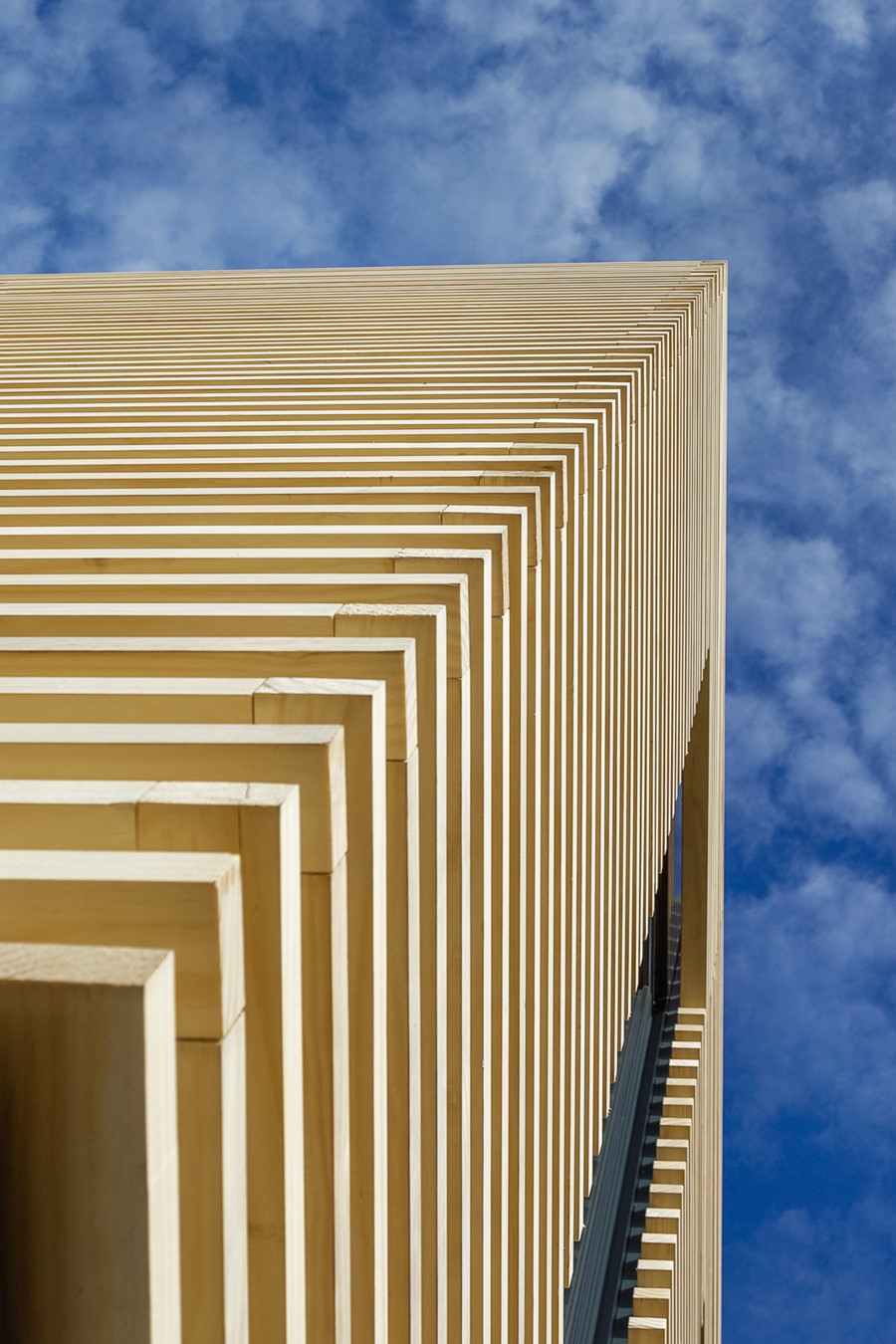 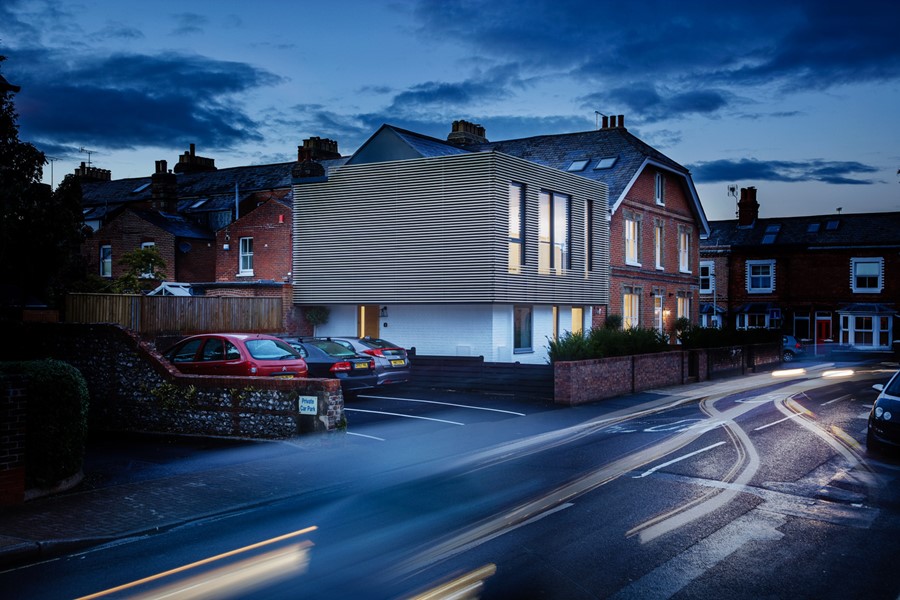 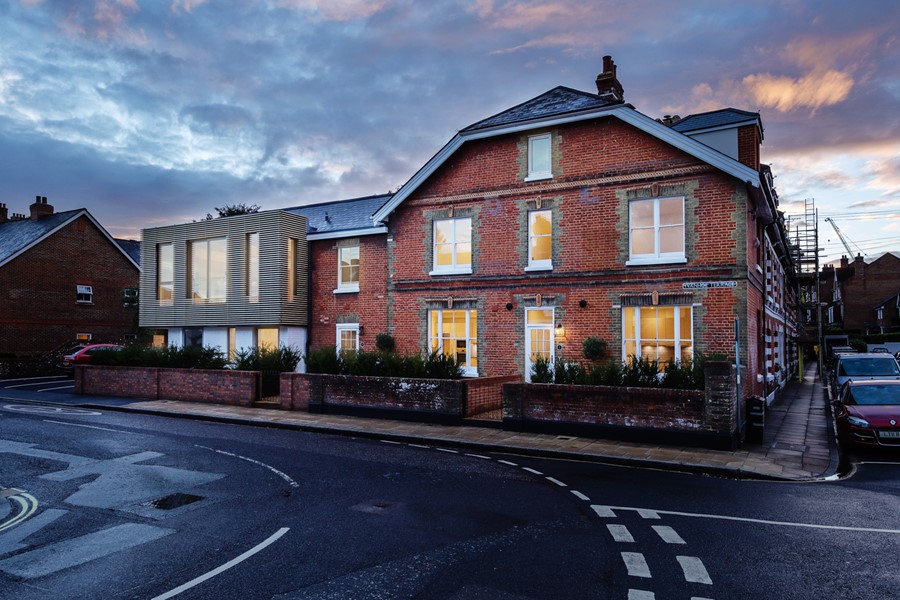 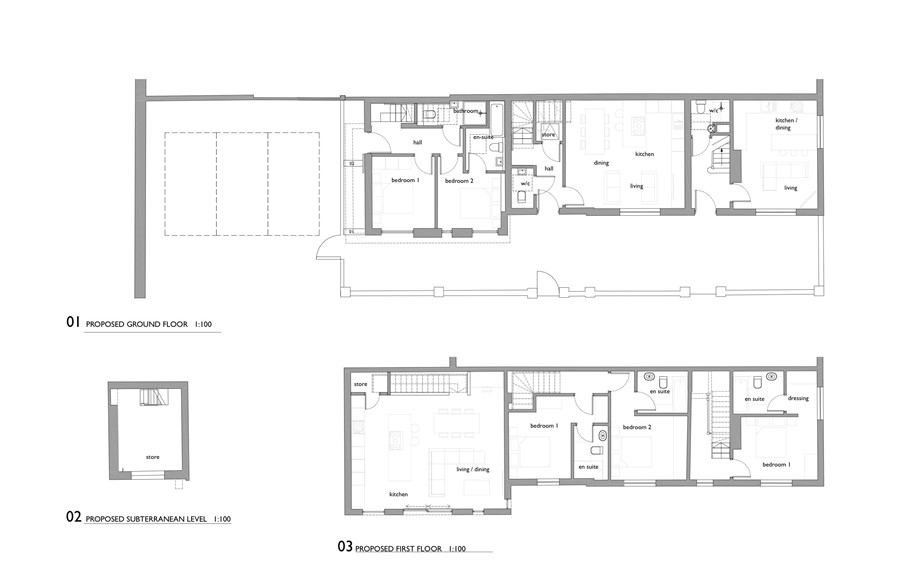 “Our clients, local developer Robert Weston Limited, purchased this site in the winter of 2015. They were keen to use the project as an opportunity to develop their brand as ‘lifestyle’ developers.
OB Architecture was approached to come up with a vision to enhance and re-invigorate the dilapidated and dated building, returning it to residential use. Our brief was to provide a unique design and a highly marketable product for our developer client.
The Victorian section of the building was a prominent and attractive feature in the street scene, but was undermined by the incongruous 1960’s extension to the side.
Taking advantage of the relaxation in the planning rules, we submitted a Prior Approval application to Winchester City Council for the change of use from offices to residential.
The converted office arrangement has been stripped back to the structural core and three new town houses have been carefully inserted into the existing fabric. The division between the units reinstates the original ‘break’ in the Victorian fabric, thereby helping to reinforce the historic character of the building.
The town houses comprise generous open kitchen/dining/living spaces with two double bedrooms and en-suites. From the outside, whilst the Victorian element of the building was repaired and enhanced, we were faced with the challenge of what to do with the incongruous 1960’s extension.
Conceptually, we decided to treat this element differently to that of the original building. Rather than trying to impose a pastiche façade to it, we decided to retain the contemporary form and re-imagine it with a new ephemeral layered façade.
An over-sailing, visually unsupported timber screen was proposed to the façade to add depth and relief to a previously flat elevation. ‘Accoya’ timber was specified, chosen for its dimensional stability and durability. It was left untreated to overcome maintenance issues and to allow it to weather naturally. The existing masonry of the ground floor was painted white to contrast with the red brick on the Victorian element.
The existing building fabric consisted of solid masonry walls, suspended timber joisted floors and cut in roofs, with a warm flat roof to the extension. The building fabric was upgraded in line with Approved Document L1b as required for a change of use. Acoustic treatments were added to party walls between the new dwellings and to those shared with the neighbours.
The unusual elevational approach to the modern unit creates an element of surprise within a very consistent red-brick Conservation Area. This unexpected intervention has helped our developer client create a brand that stands out in the crowded marketplace of Winchester developers.”
Photography by Martin Gardner