HOFA is an adaptation of another overly-defined Toronto condo into a comfortable home designed by Atelier RZLBD for a retired couple in the autumn of their lives. The architect compares it to a harvest of a lifetime, specifically to a pumpkin, hence the accent colour of the condo – orange. 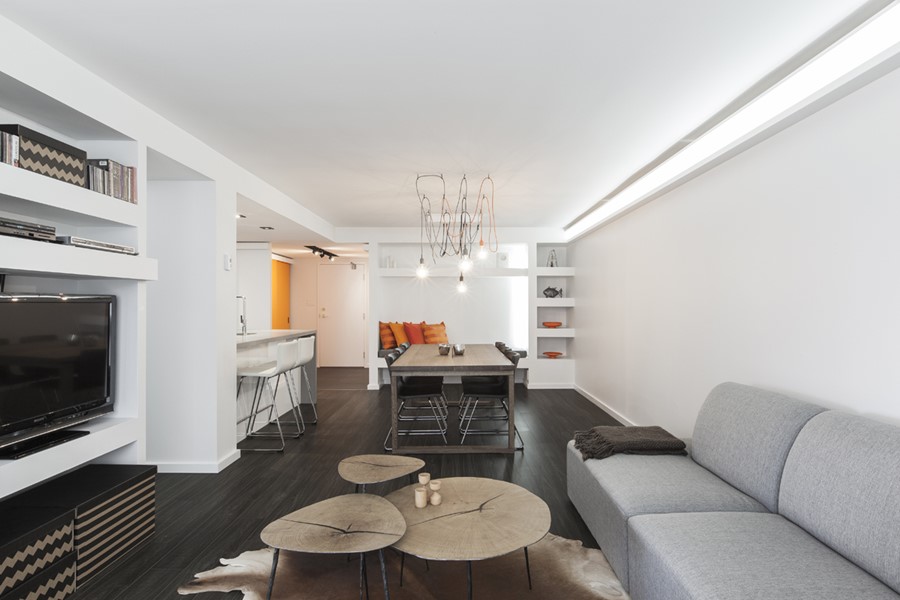 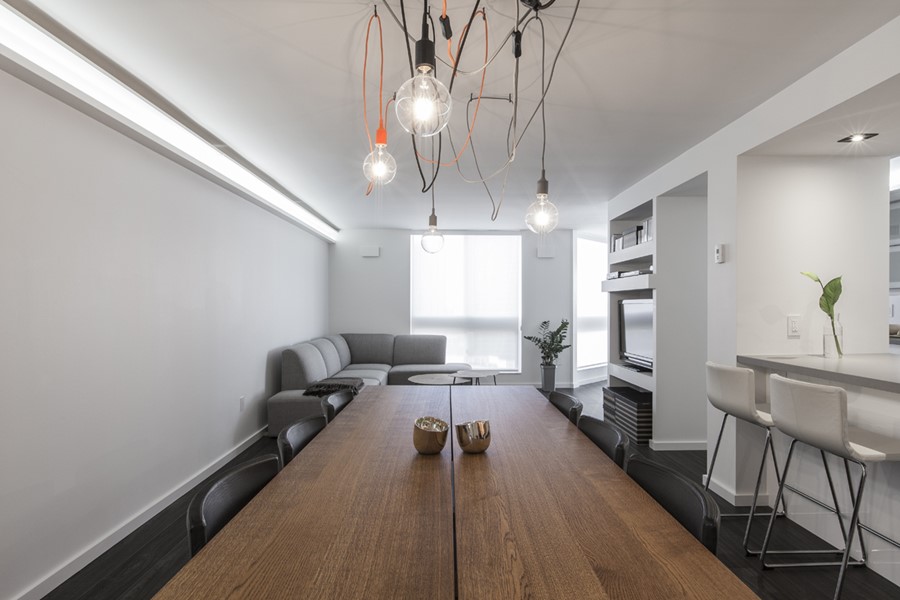 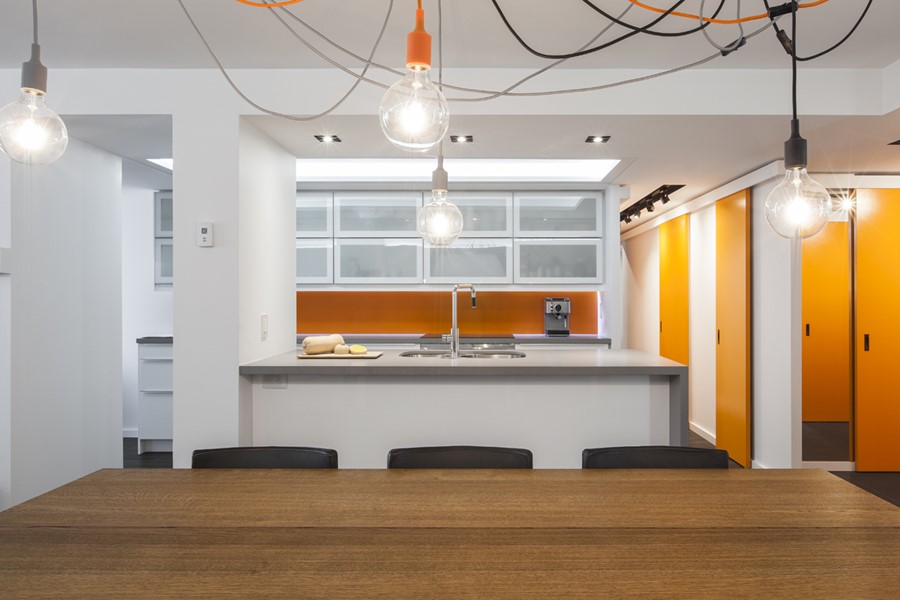 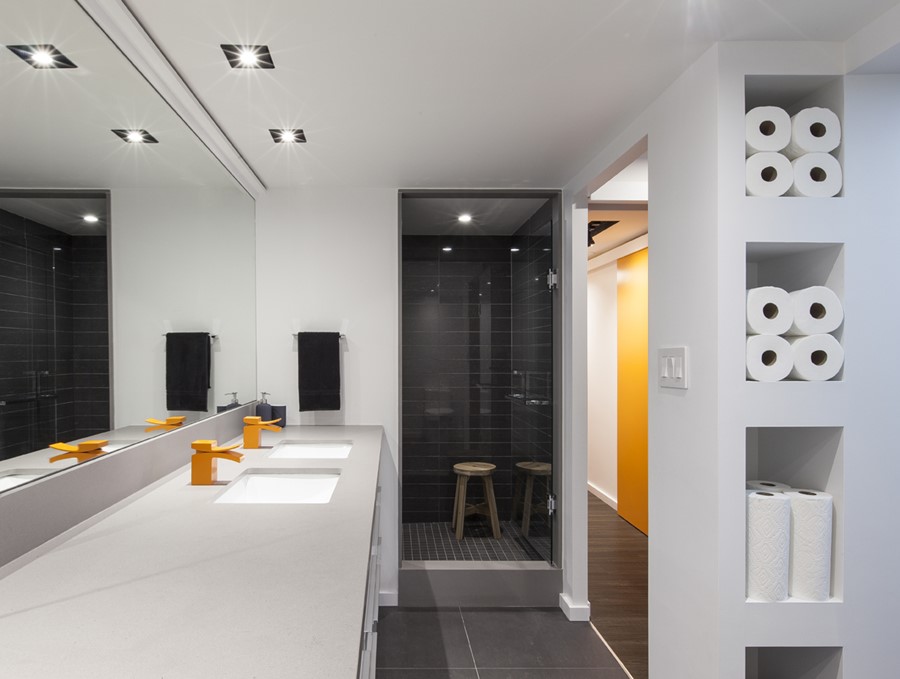 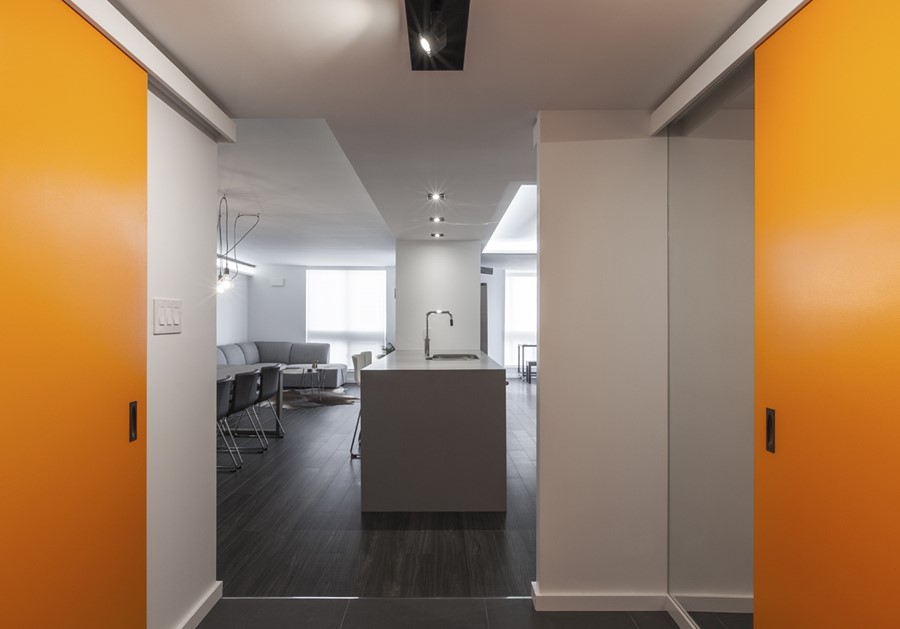 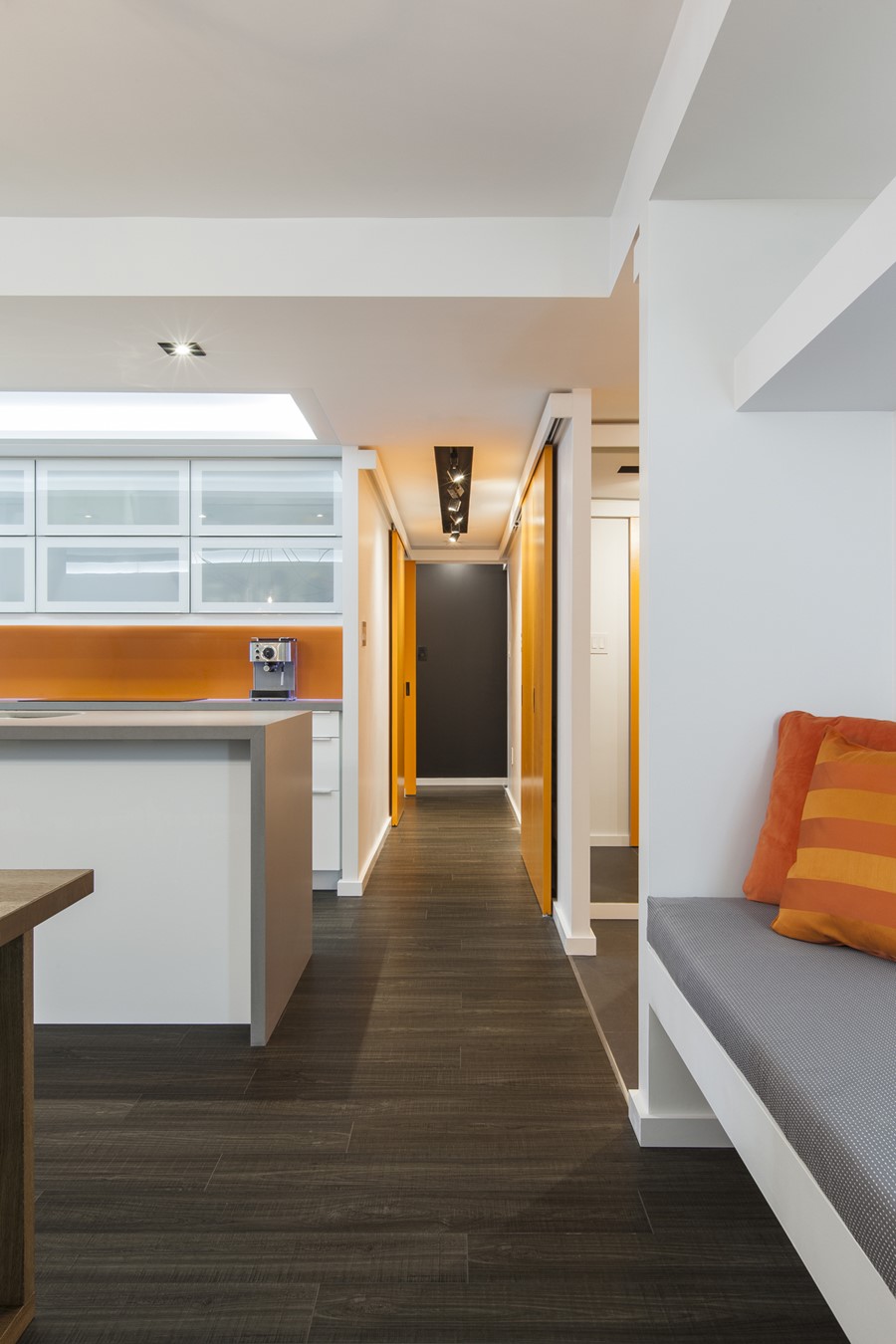 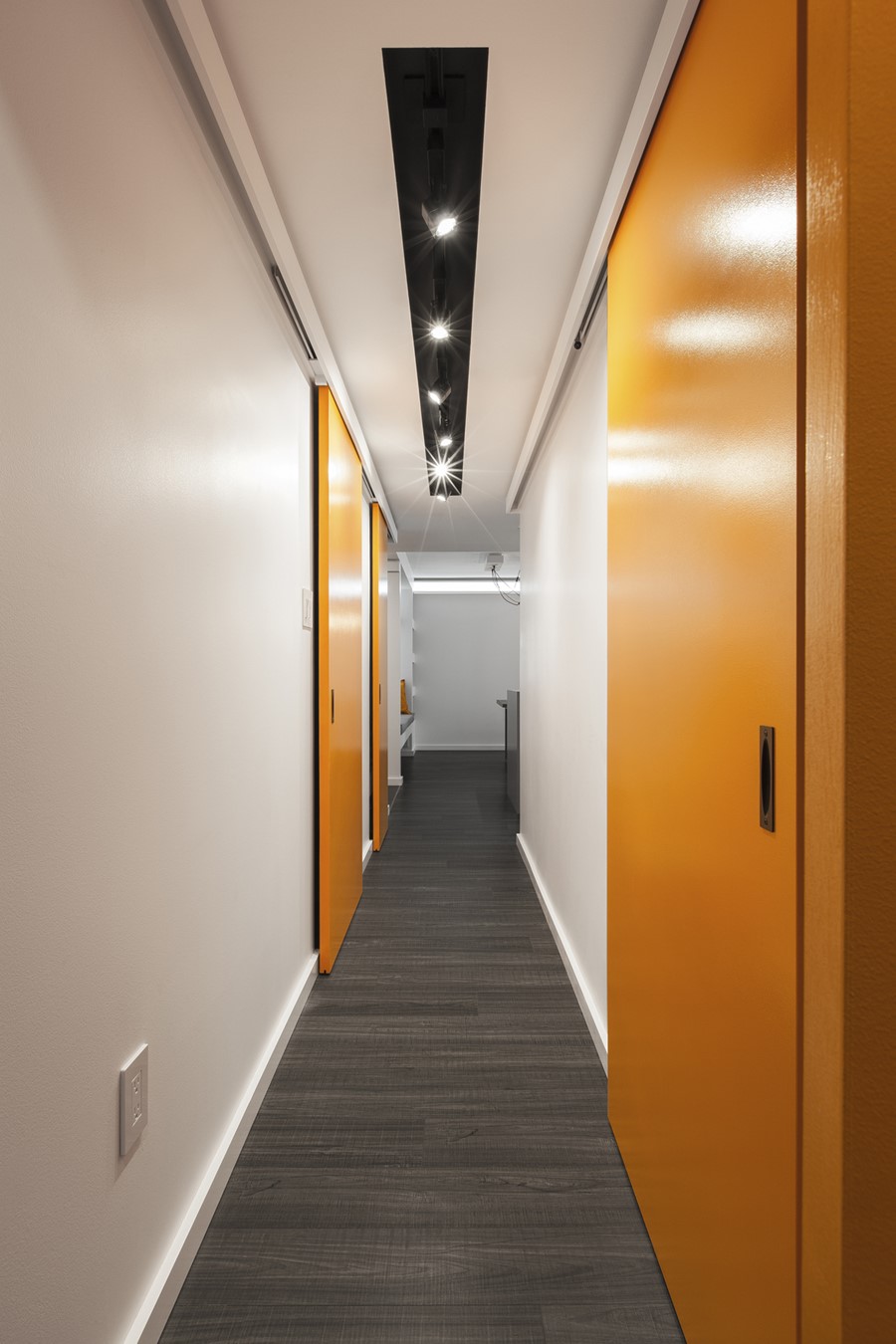 For the atelier, renovating a condo is another form of architectural intervention rather than a cosmetic bettering of a space. Like carving a pumpkin, the condo was stripped down to its bare minimum – freed of unnecessary elements, then like a candle placed in a pumpkin to bring life to it, additions were made to the condo to reflect the lifestyles of the couple.

The new, decluttered plan placed more emphasis on linearity that also resonated with the spatial organization. Served and service spaces were divided by a distinct line as well as the change in the flooring finish. Some non-load bearing walls were removed giving the space the sense of openness and allowing for the daylight to penetrate deeper into the condo. The kitchen was opened up to the living and dining areas as well as the foyer, creating a more open and welcoming environment. Opening up the solarium to the living room created a loop of circulation within the condo, adding an element of play to the organized floor plan, while not limiting the circulation to a single path. The loop can expand and compress giving the choice to the traveler. The lighting fixtures throughout the condo were also thoughtfully replaced with the play and pause in mind. Areas of pause don’t require direct light, therefore they received indirect, diffused light, unlike the areas of play and movement which were equipped with direct spotlights. The new built-in millwork became one with the architecture rather than merely being complementing additions to the space. Existing doors were either removed or replaced with sliding doors, saving more space and contributing to the sense of openness.

HOFA can be perceived as a critique of Torontonian condos that are too articulate and defined for the needs of their diverse market. “Everybody has a right to a suit tailored to fit them” – rzlbd believes that the involvement of the condo buyers should be more than just choosing the materials or the buttons, regardless of their social status.