RG house is a project designed in 2016 by ClaudePetarlin Architecture Studio and is located in San Zenone degli Ezzelini, Italy. 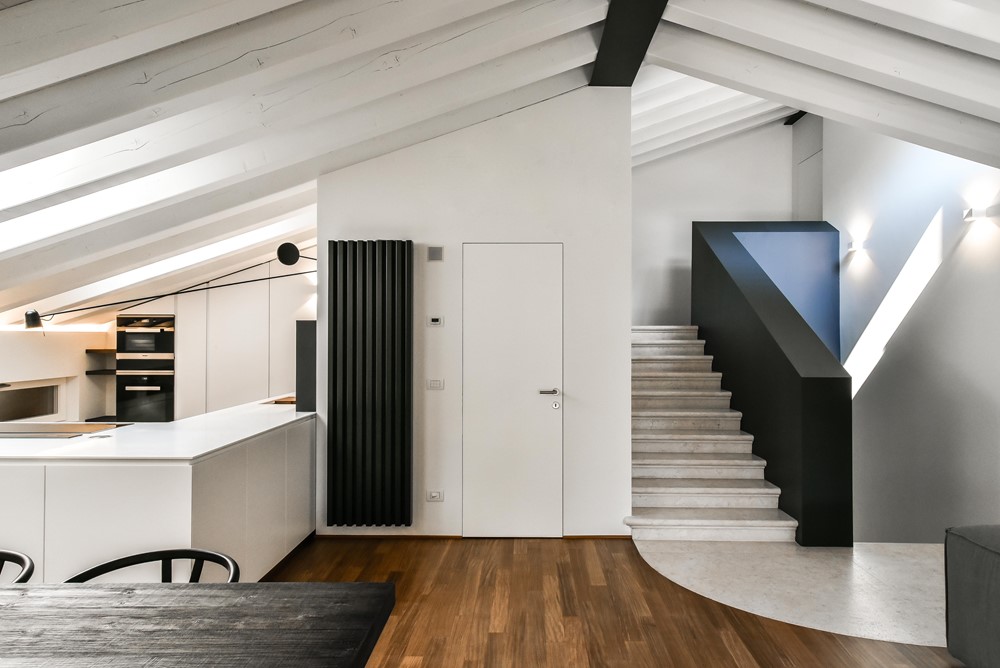 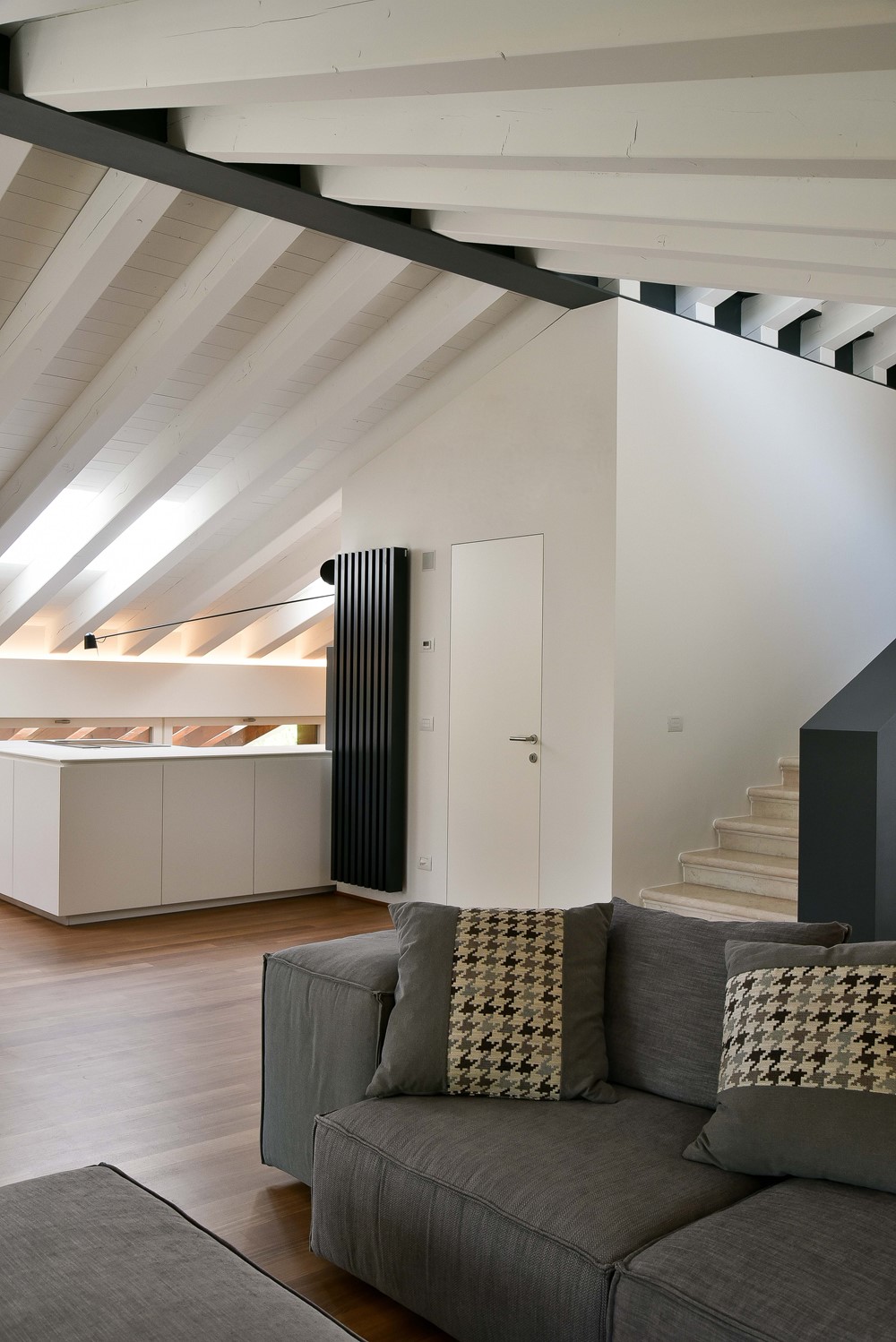 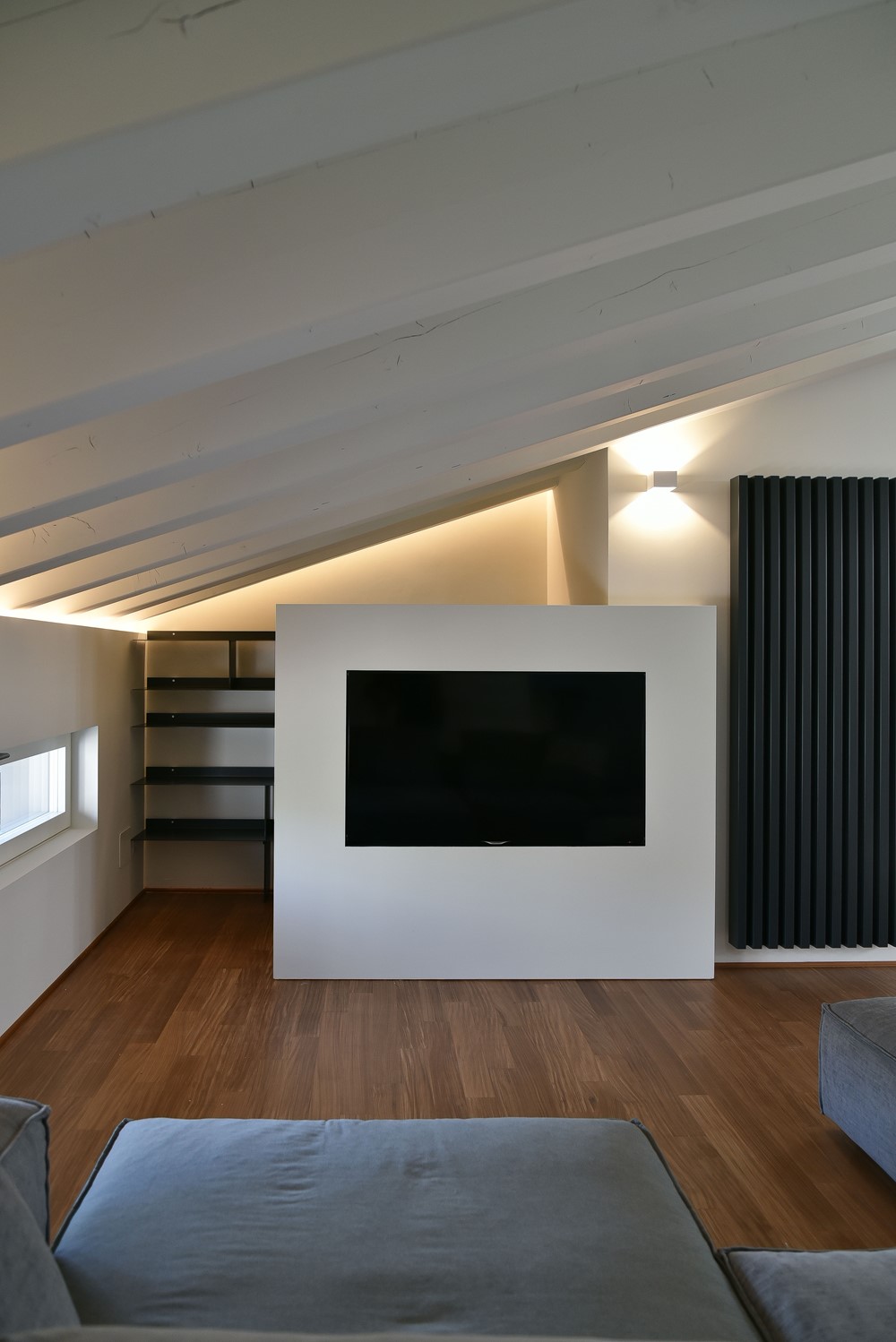 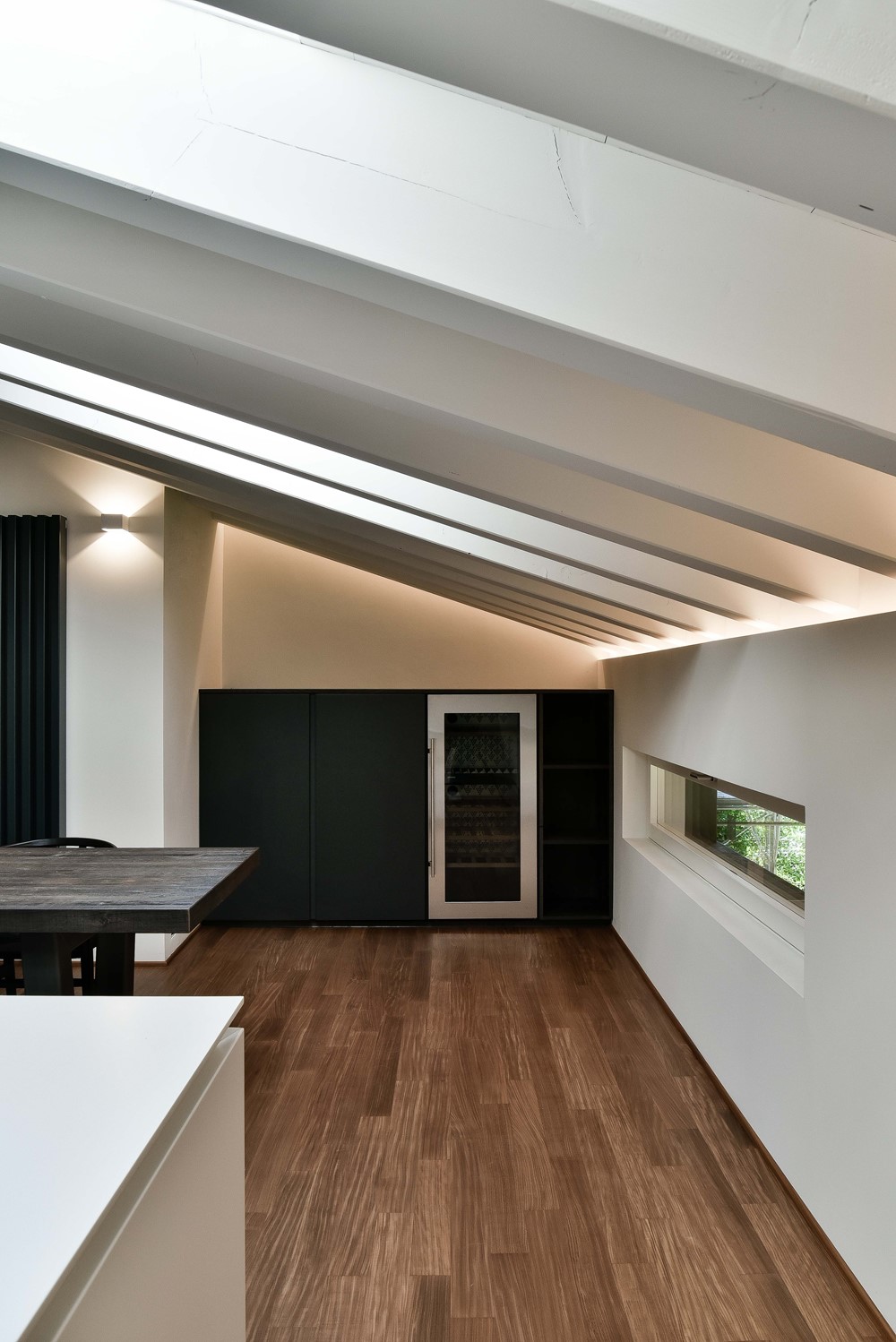 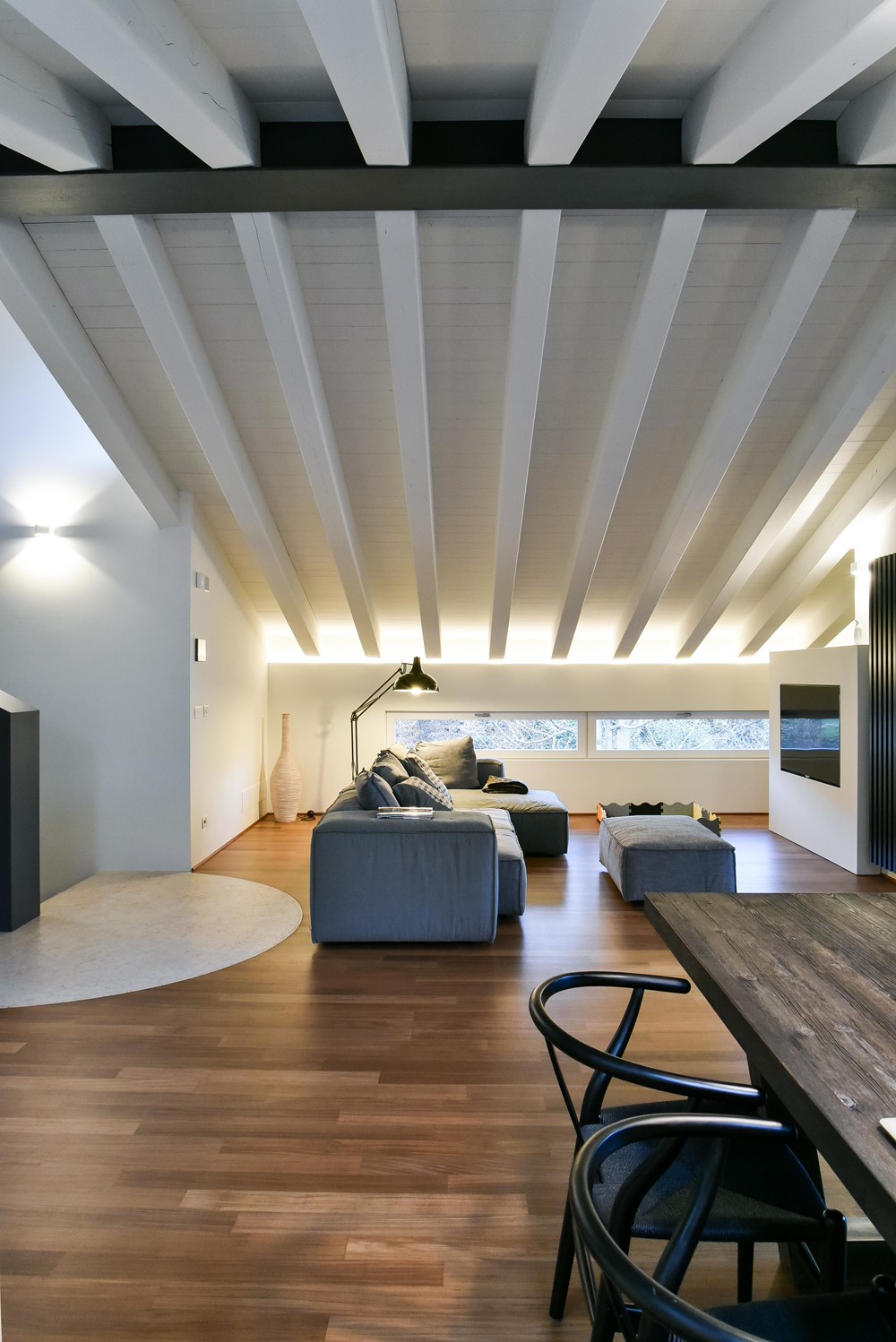 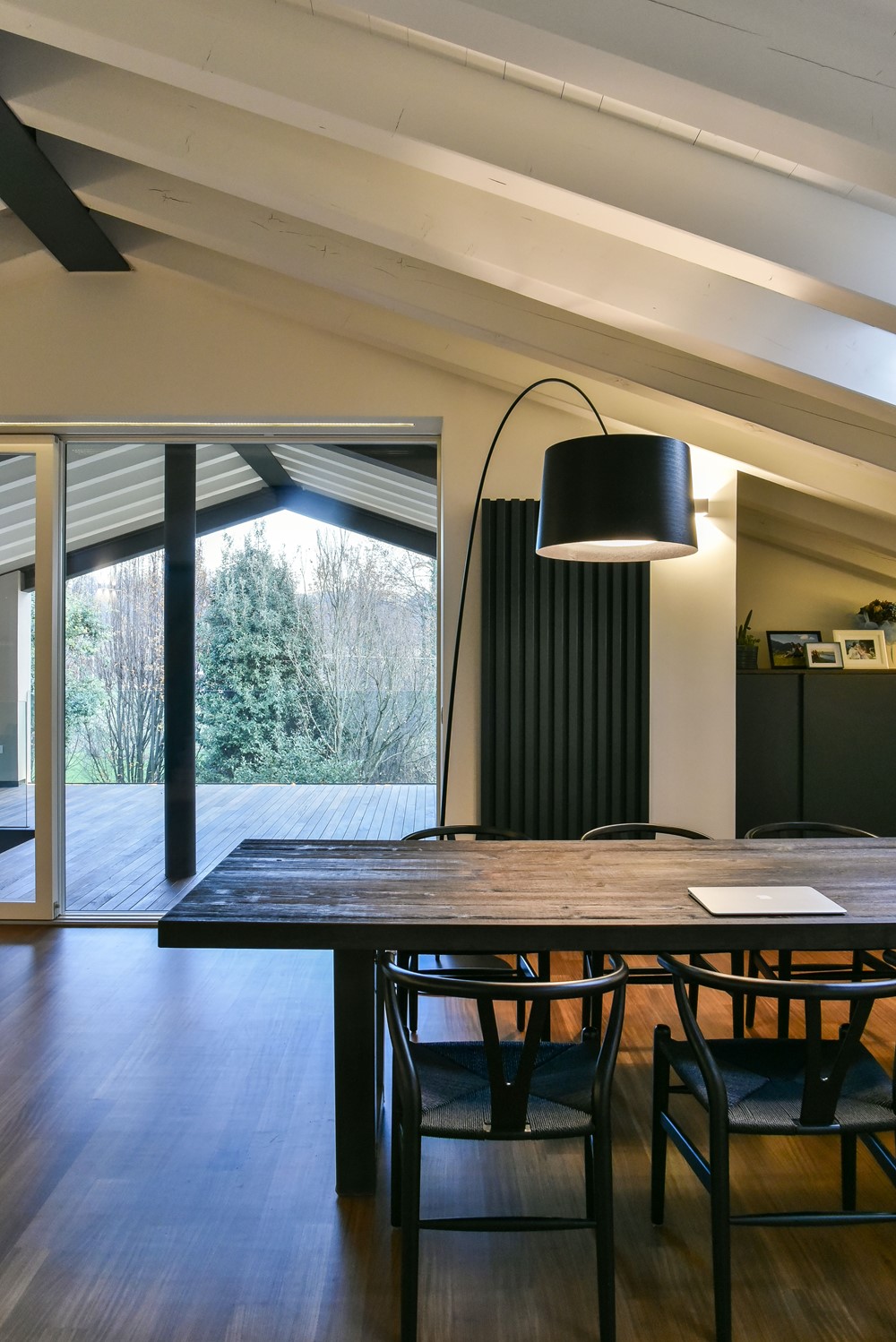 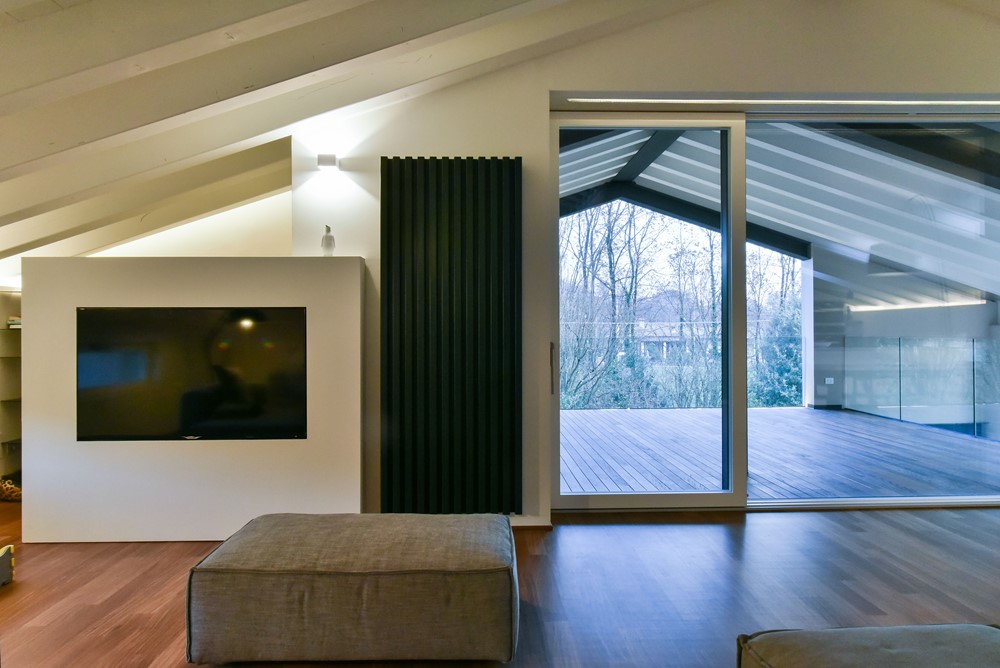 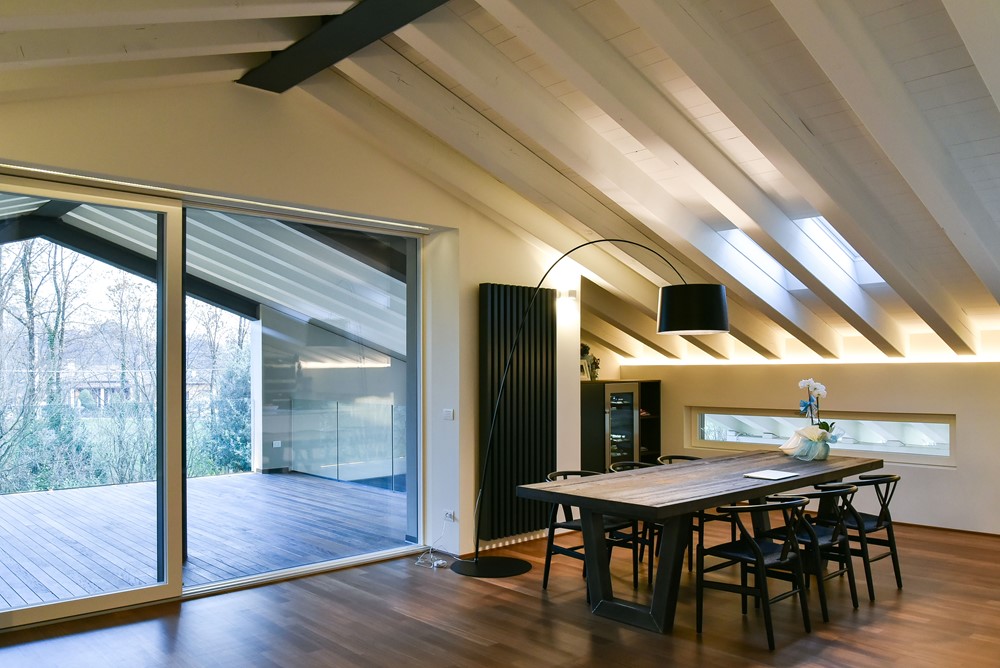 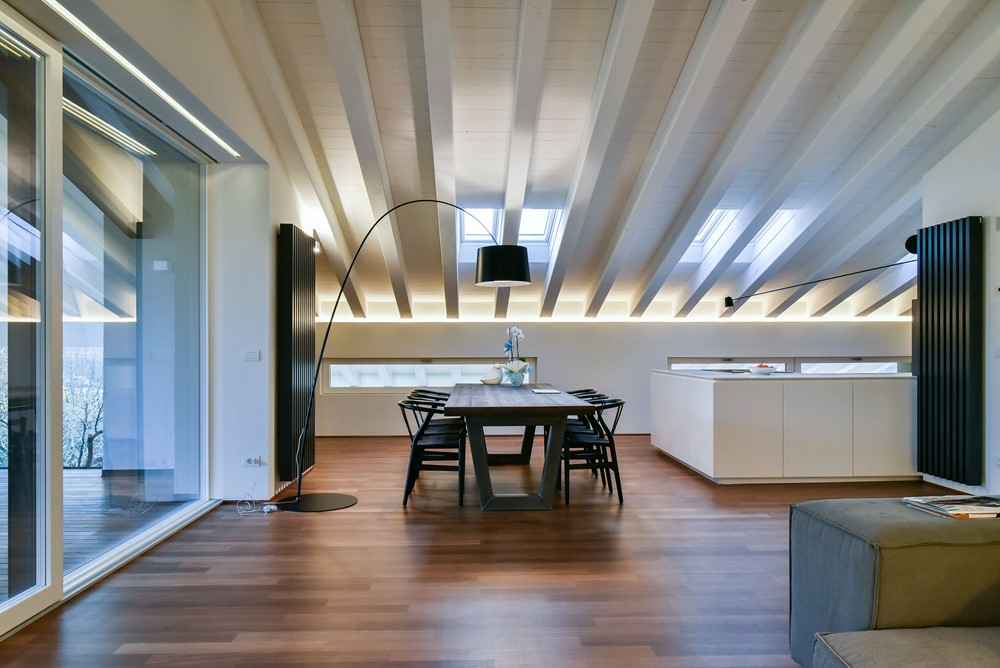 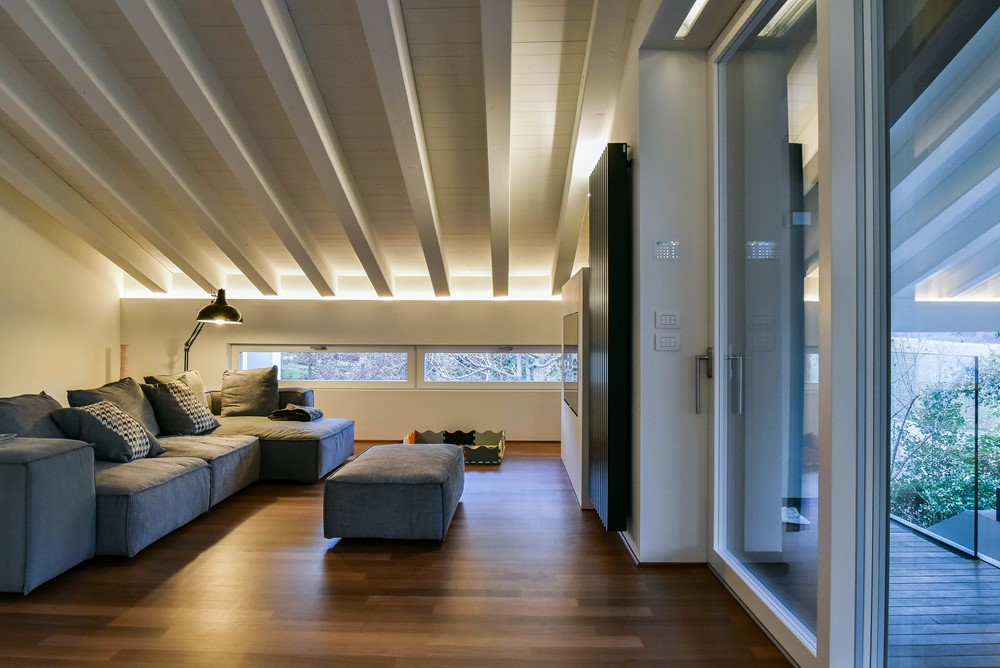 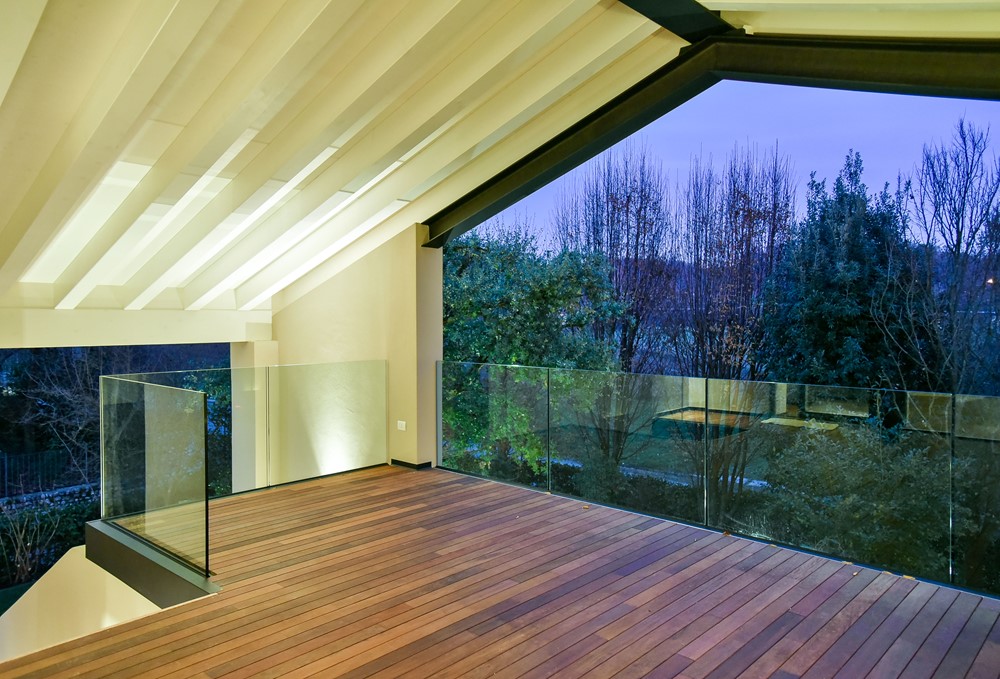 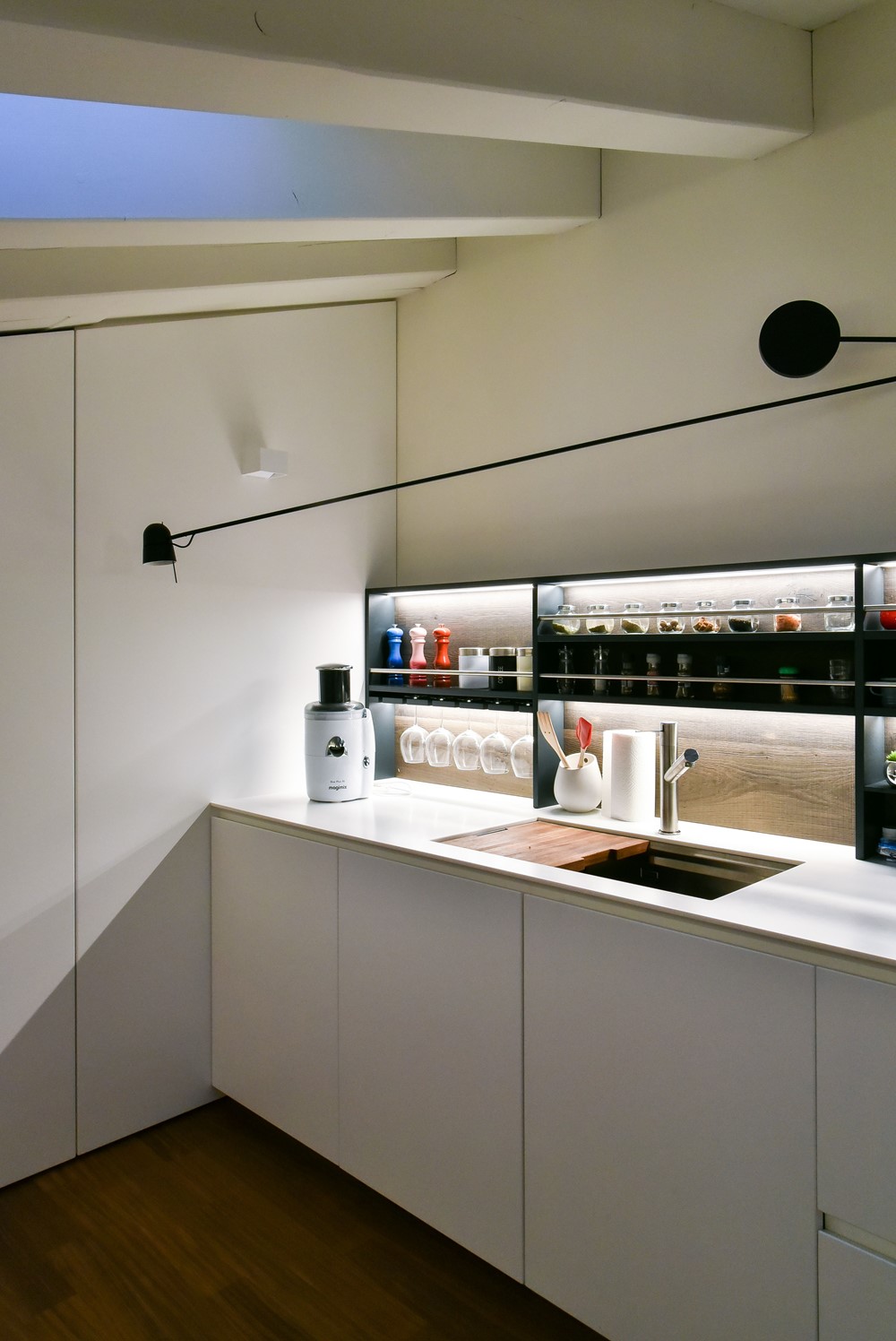 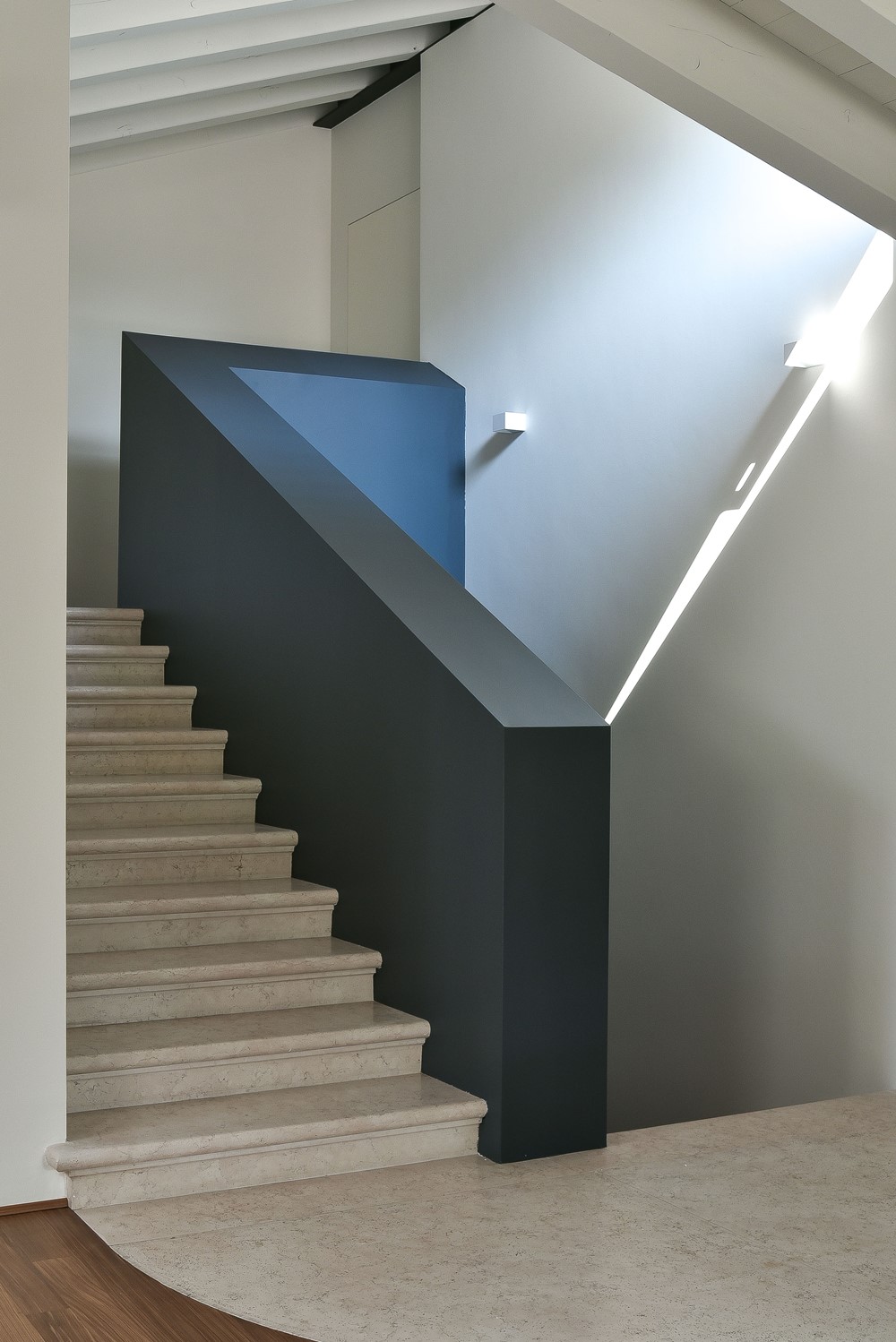 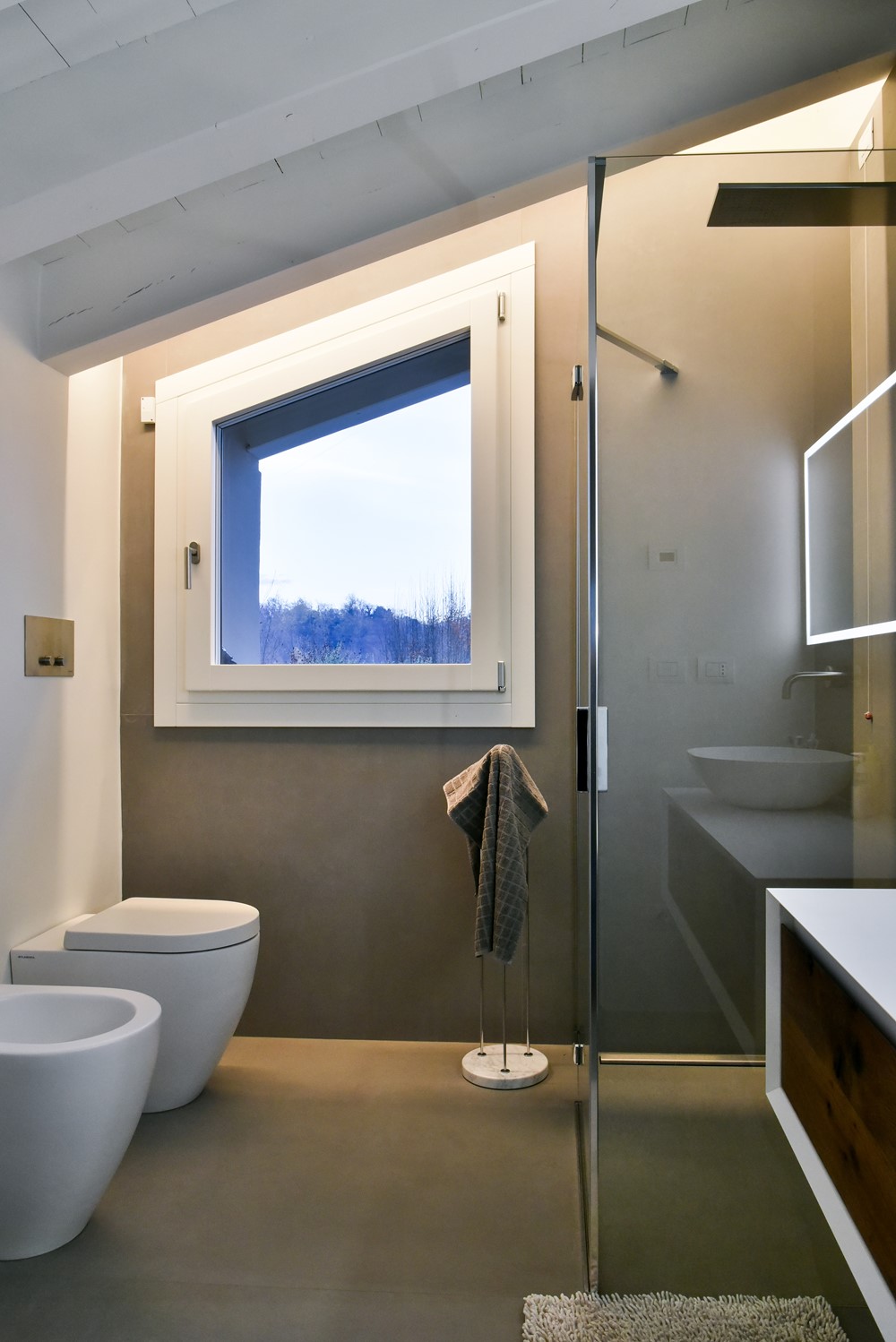 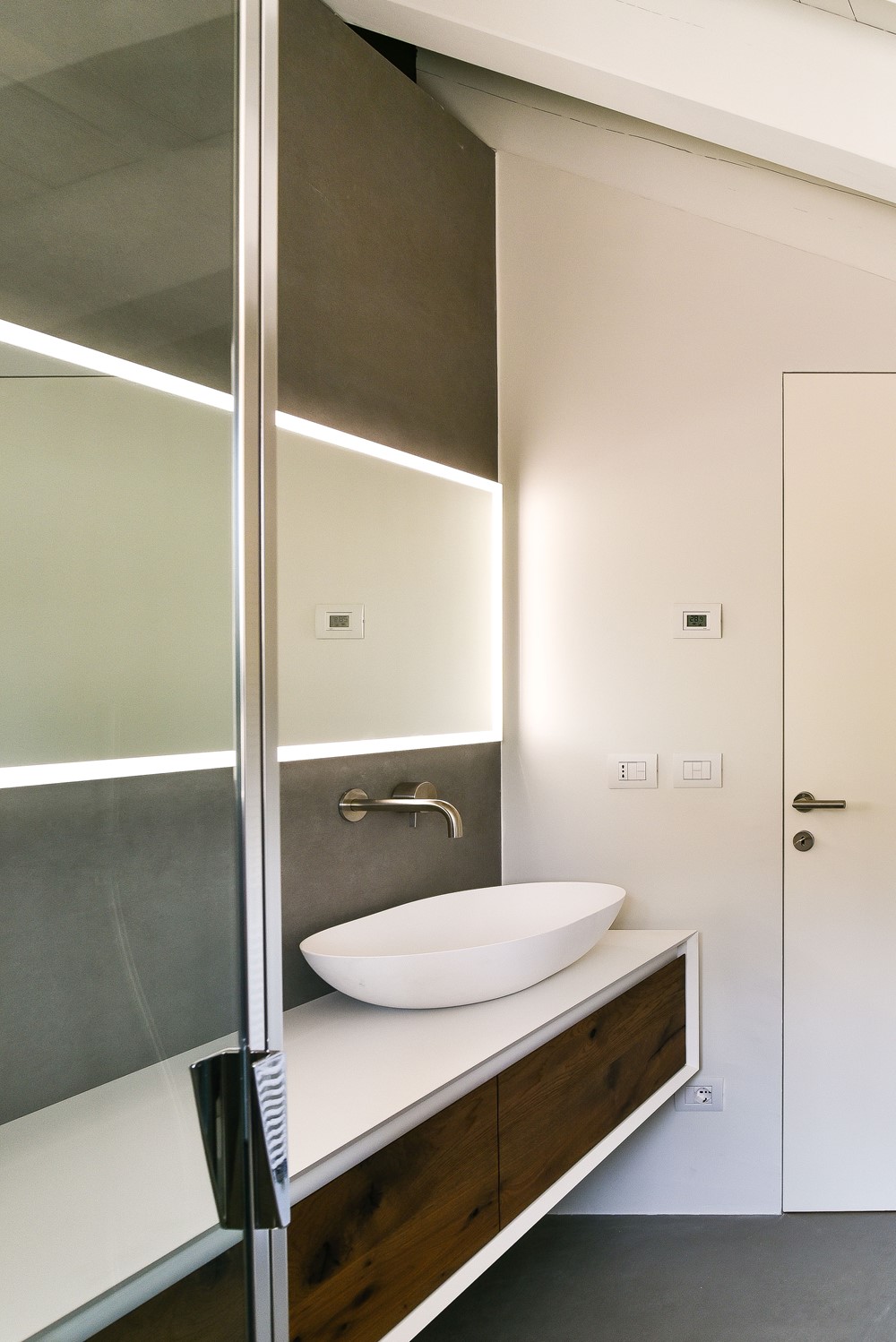 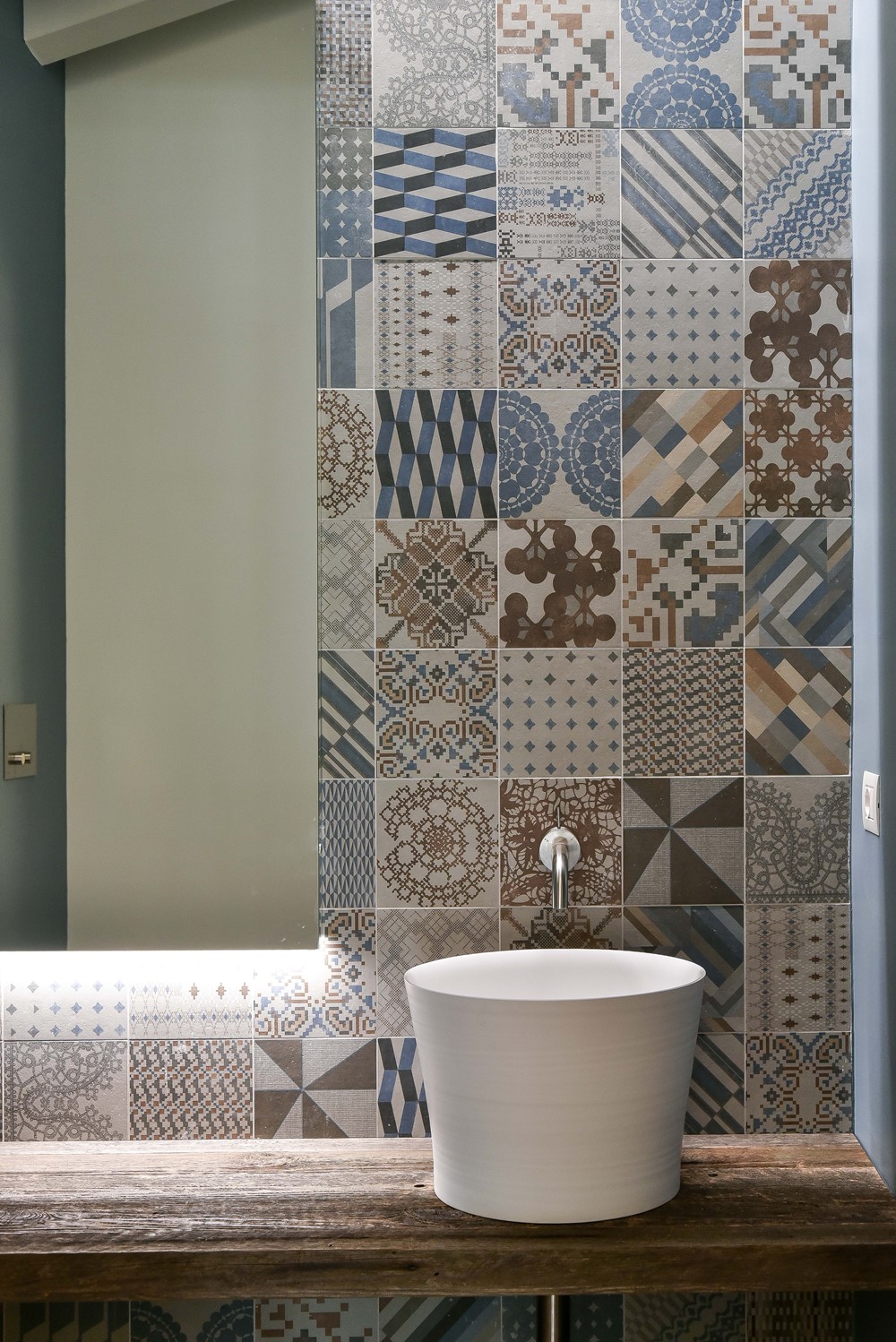 The project involved the renovation and extension of an attic developed on three levels located in a hilly area. The main objective was to design a new access to the attic, independent from the rest of the large family house built in the ’90s. A new volume porch with a double height was created, fitting to the house containing the entry staircase which from the garden leads to the covered terrace.The interiors see a large living area with a kitchen integrated to the living room, three bedrooms with their bathrooms, composed in a sequence as a sort of promenade, with an organizational and spatial arrangement reminiscent of a “raumplan“. To increase the sense of spaciousness and brightness of the rooms, the old wooden beams were painted in opaque enamel. Quality materials have been used as with the “ipe” wood planks for the exterior, the porcelain tiles of various shapes and colours for the bathrooms; some other elements already in place such as the “afromosia” parquet and the “Asiago stone” were instead given new shine.
Photography by ClaudePetarlin Architecture Studio