Les Ensembliers have completed a three-floor, 6,000 square-foot residence that unites three adjoining apartments in the Redpath Lofts. The architects and designers successfully tackled the challenge of rethinking the initial dimensions and purpose of the three distinct units, resulting in a coherent new dwelling that embodies the owners’ personality. 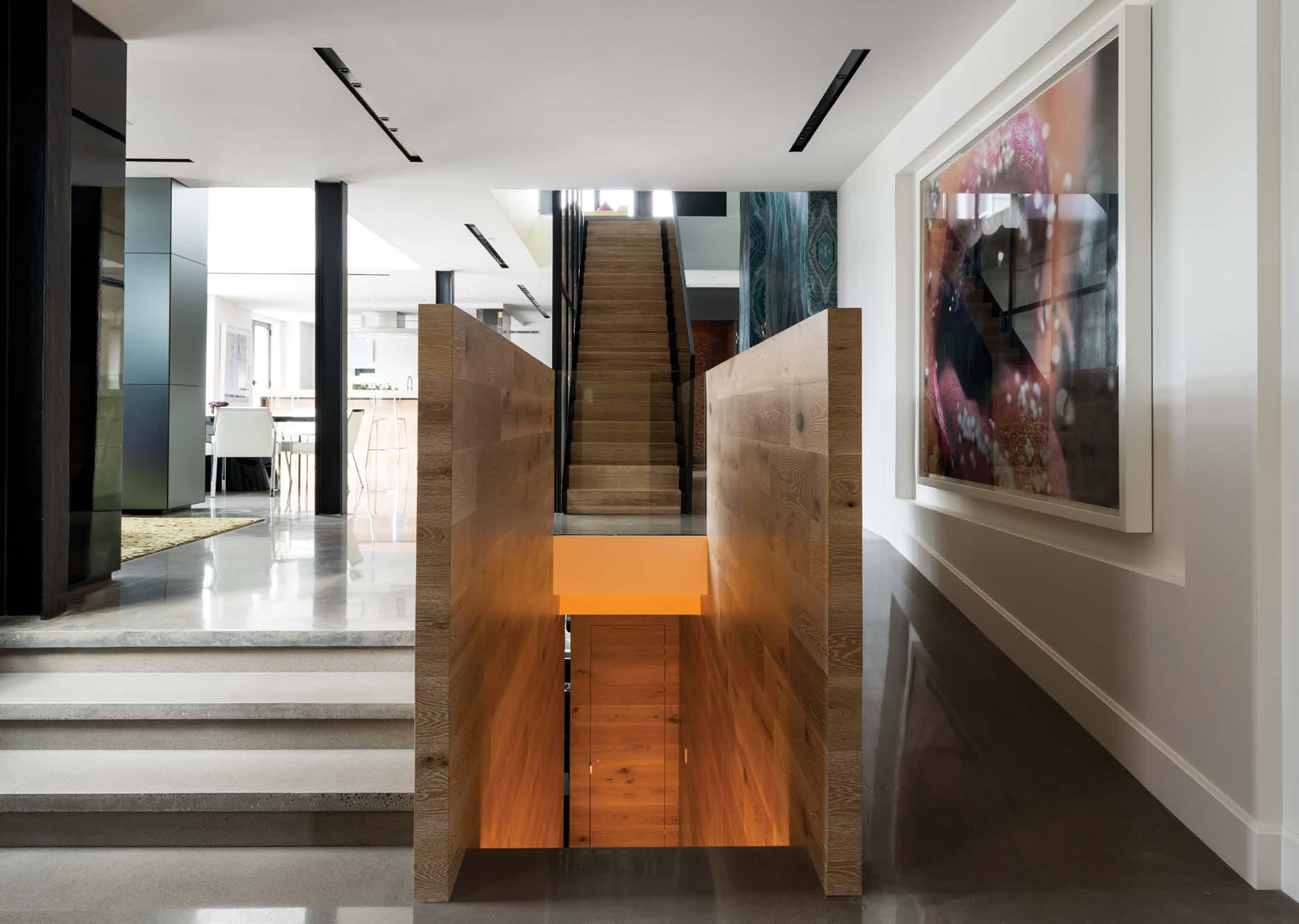 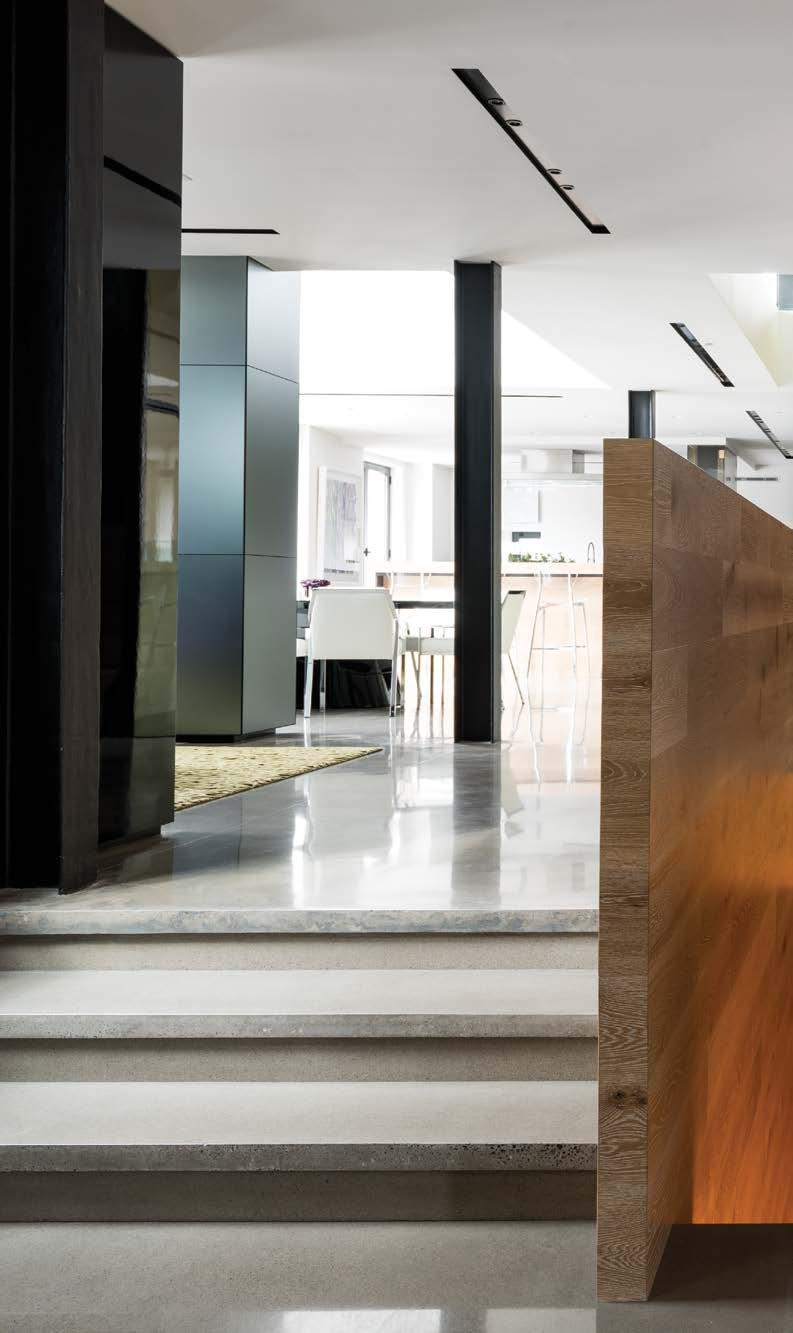 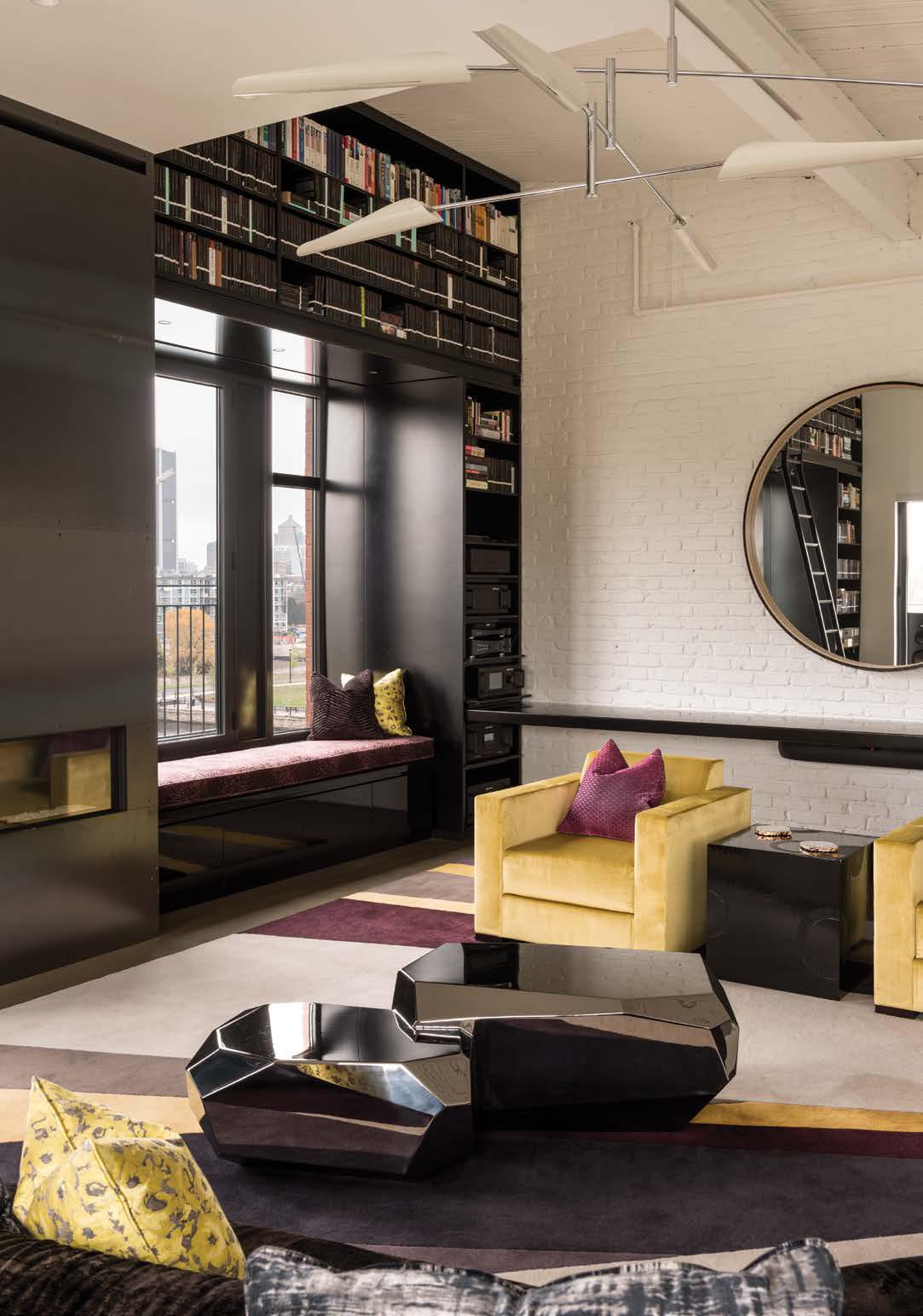 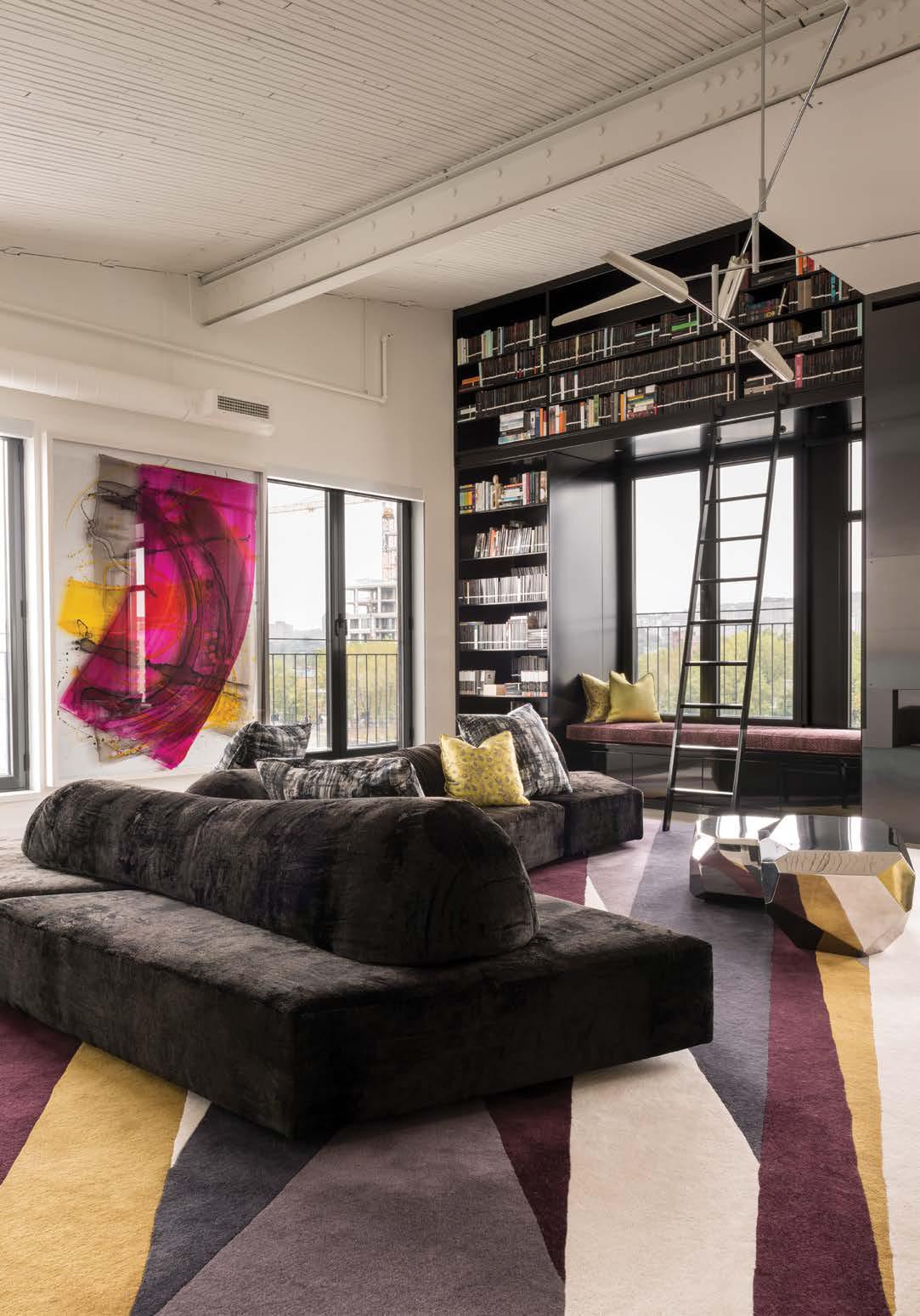 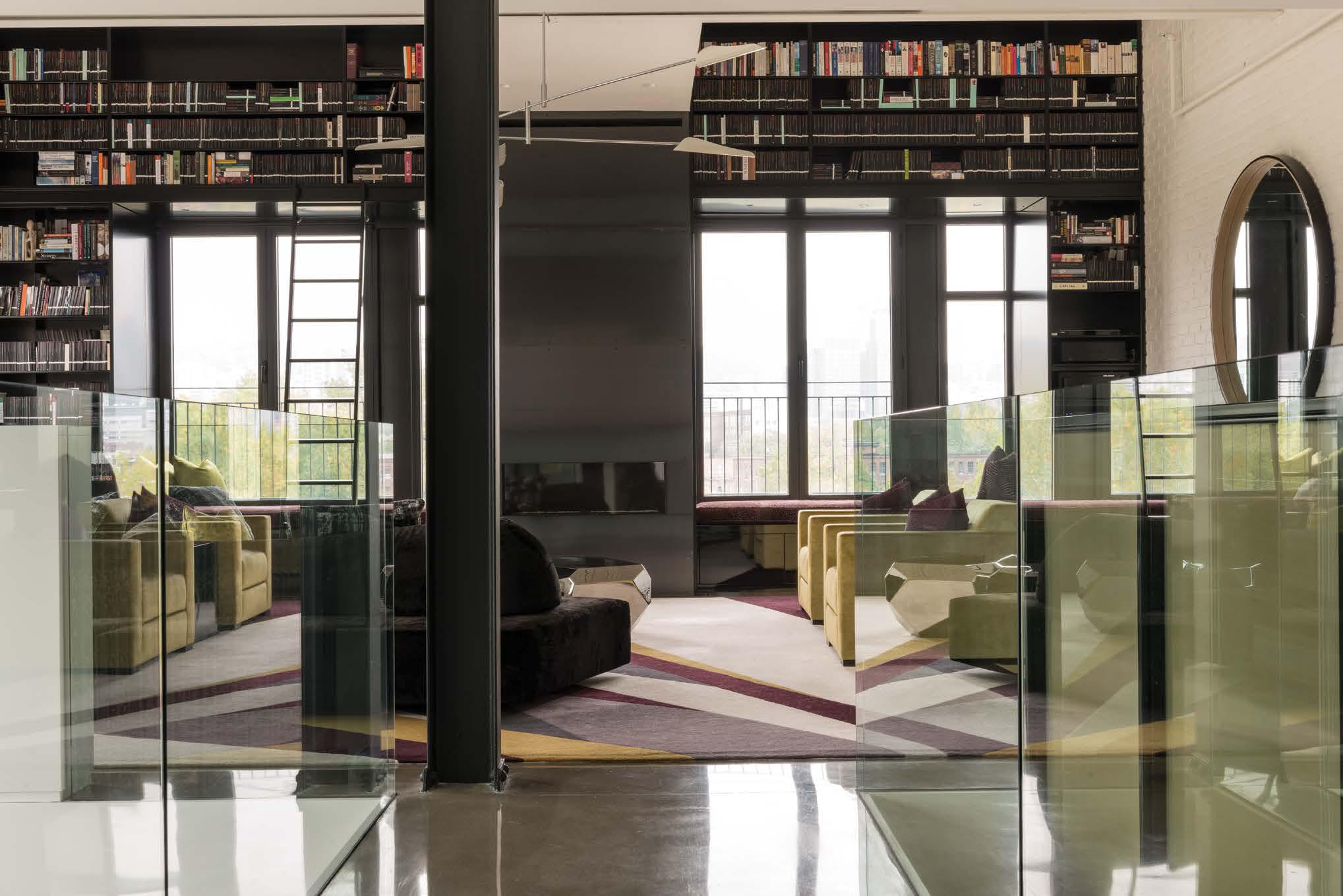 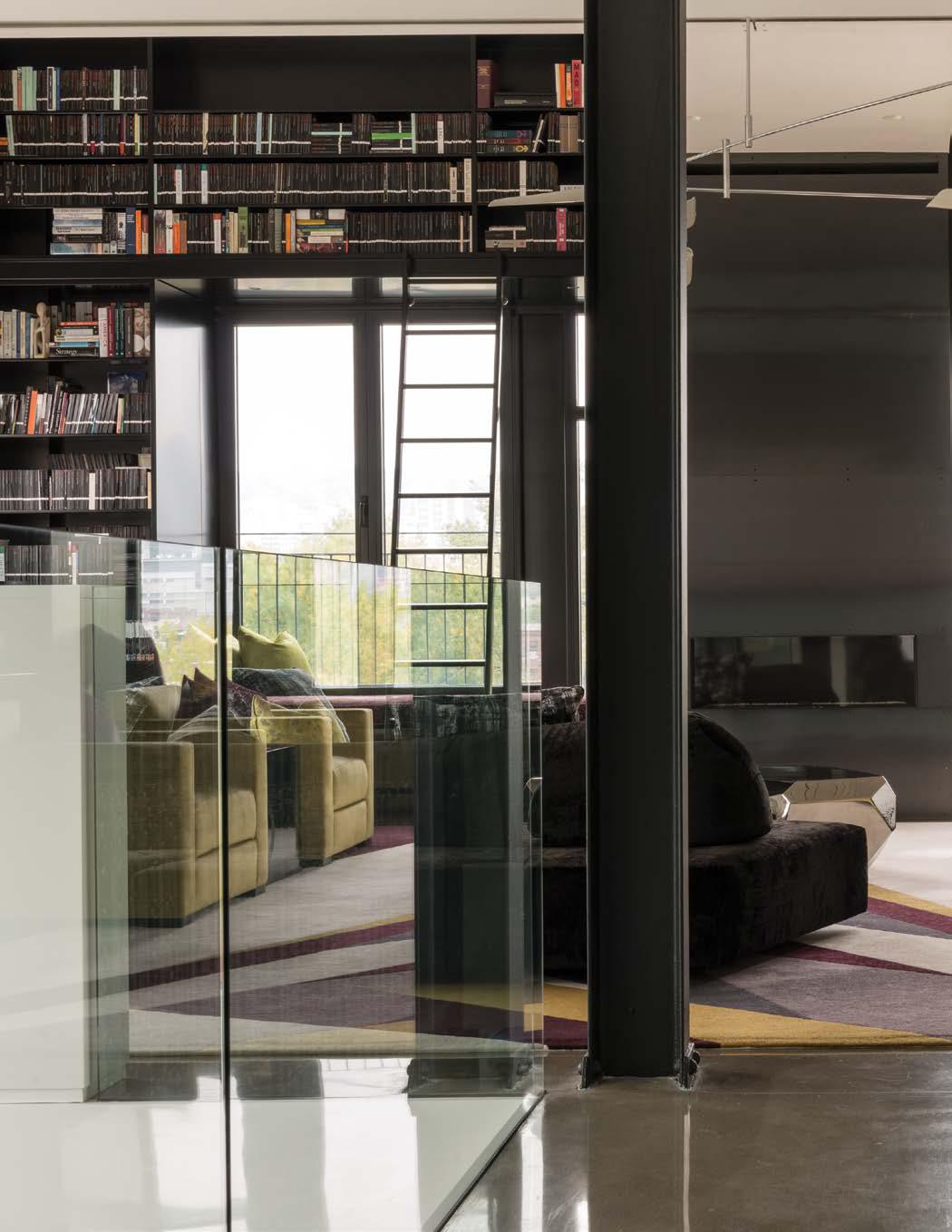 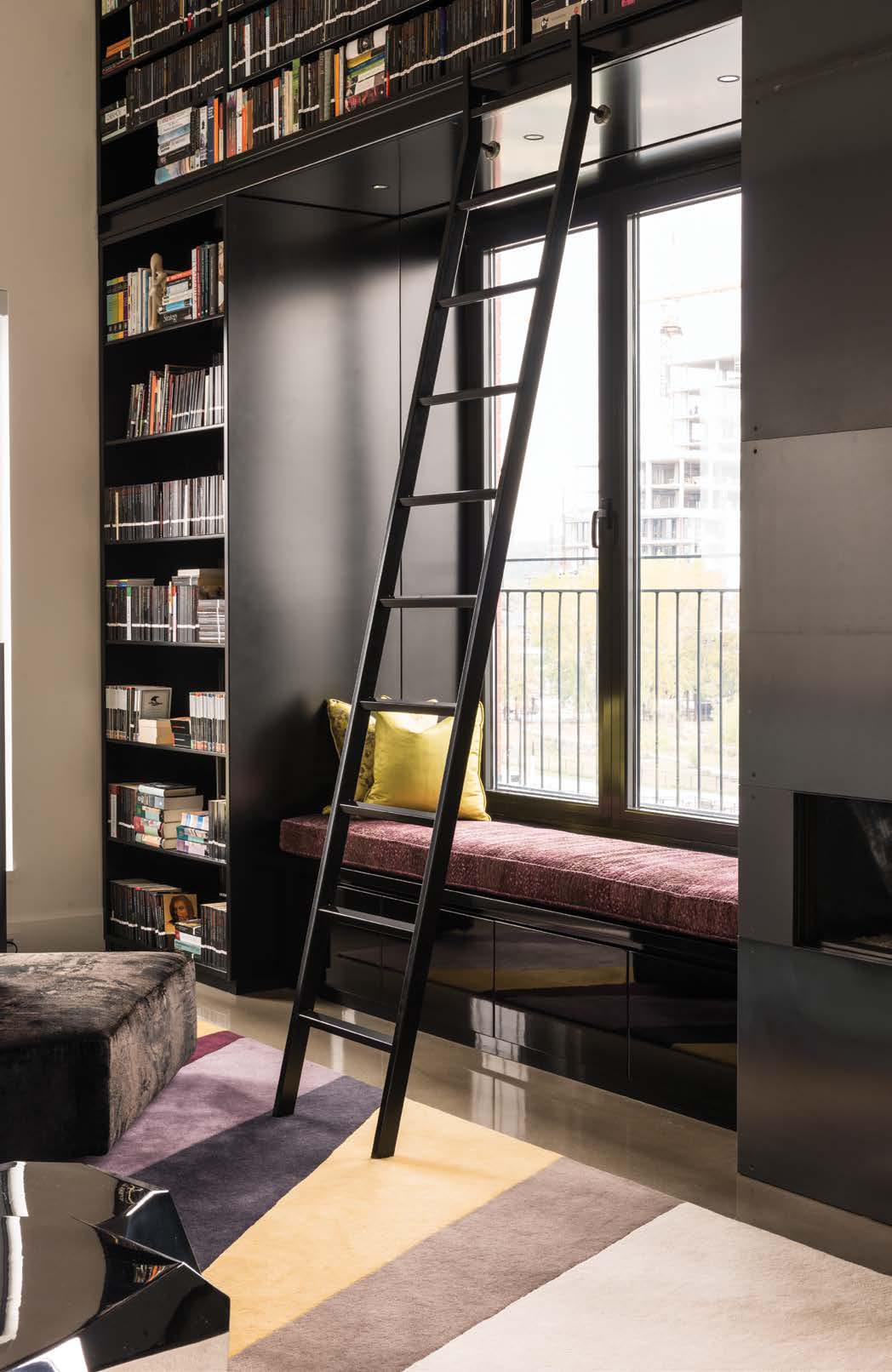 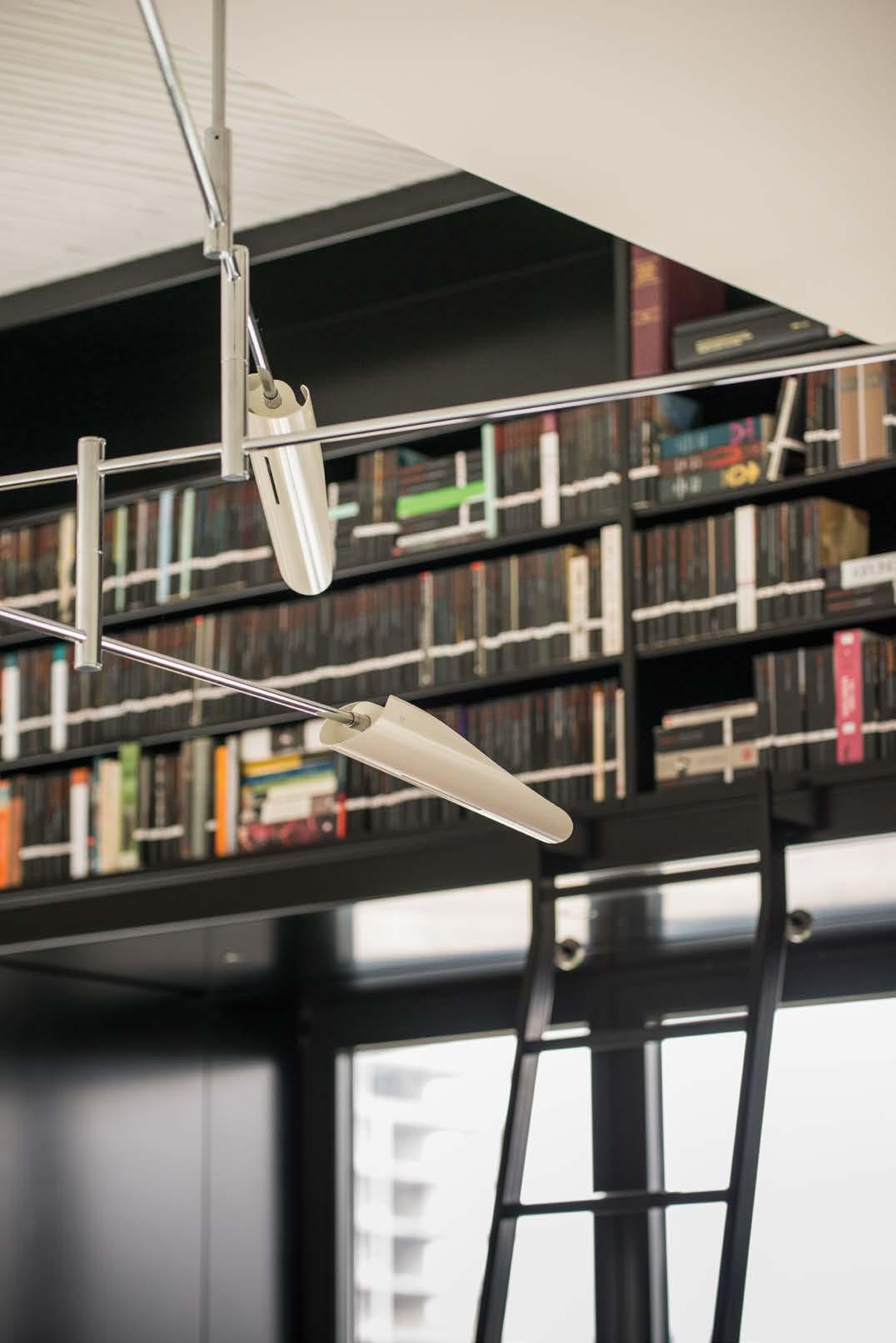 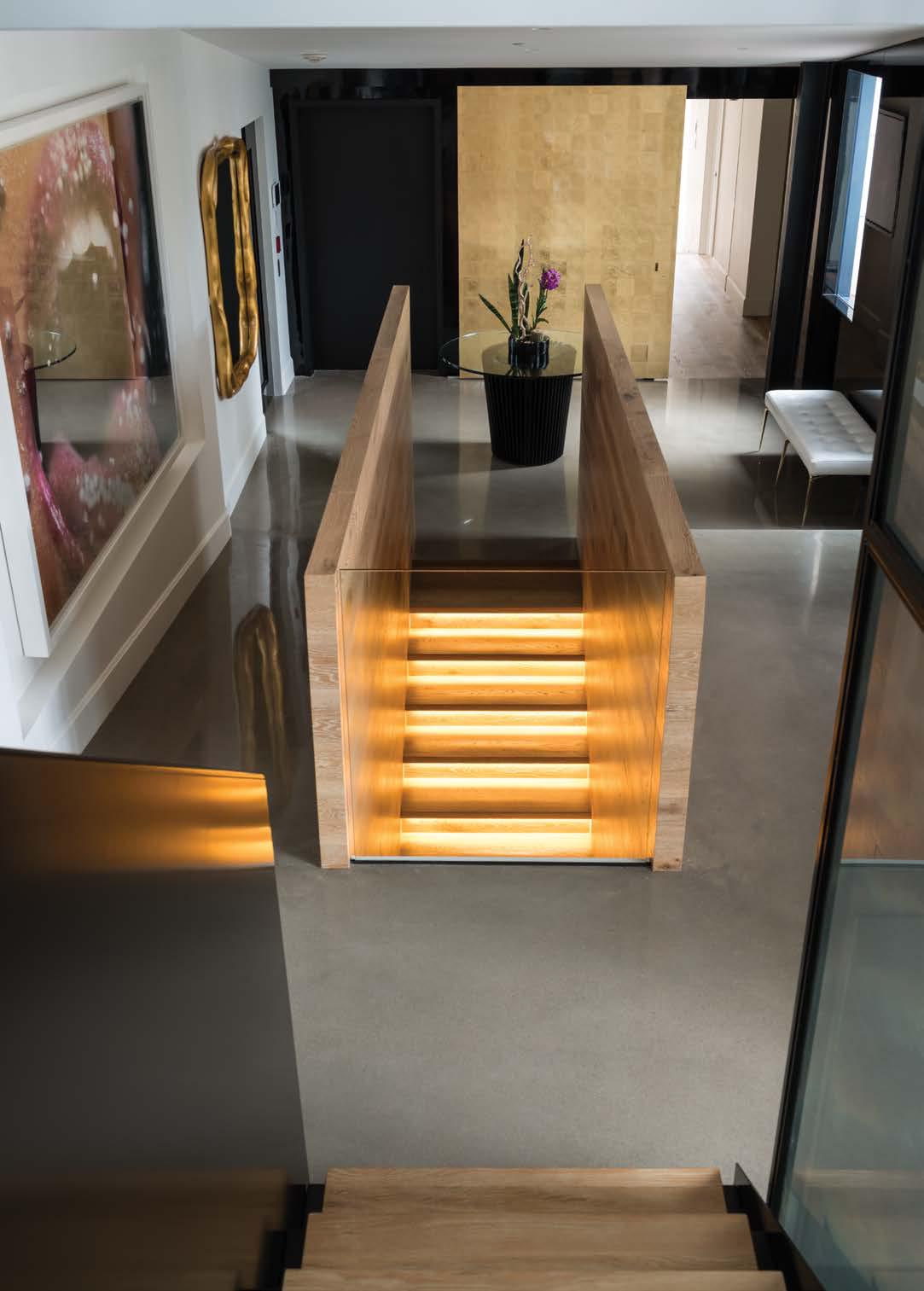 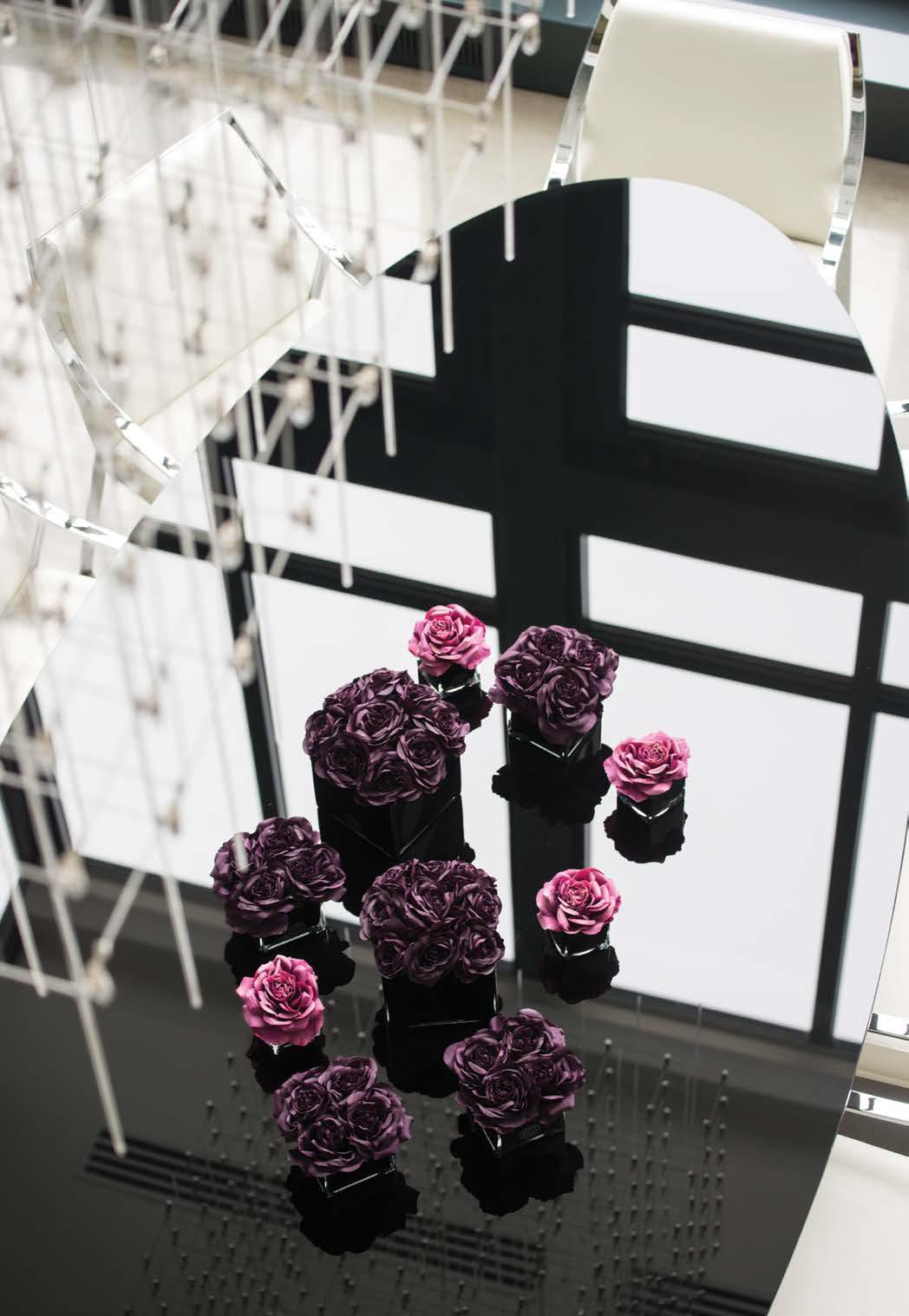 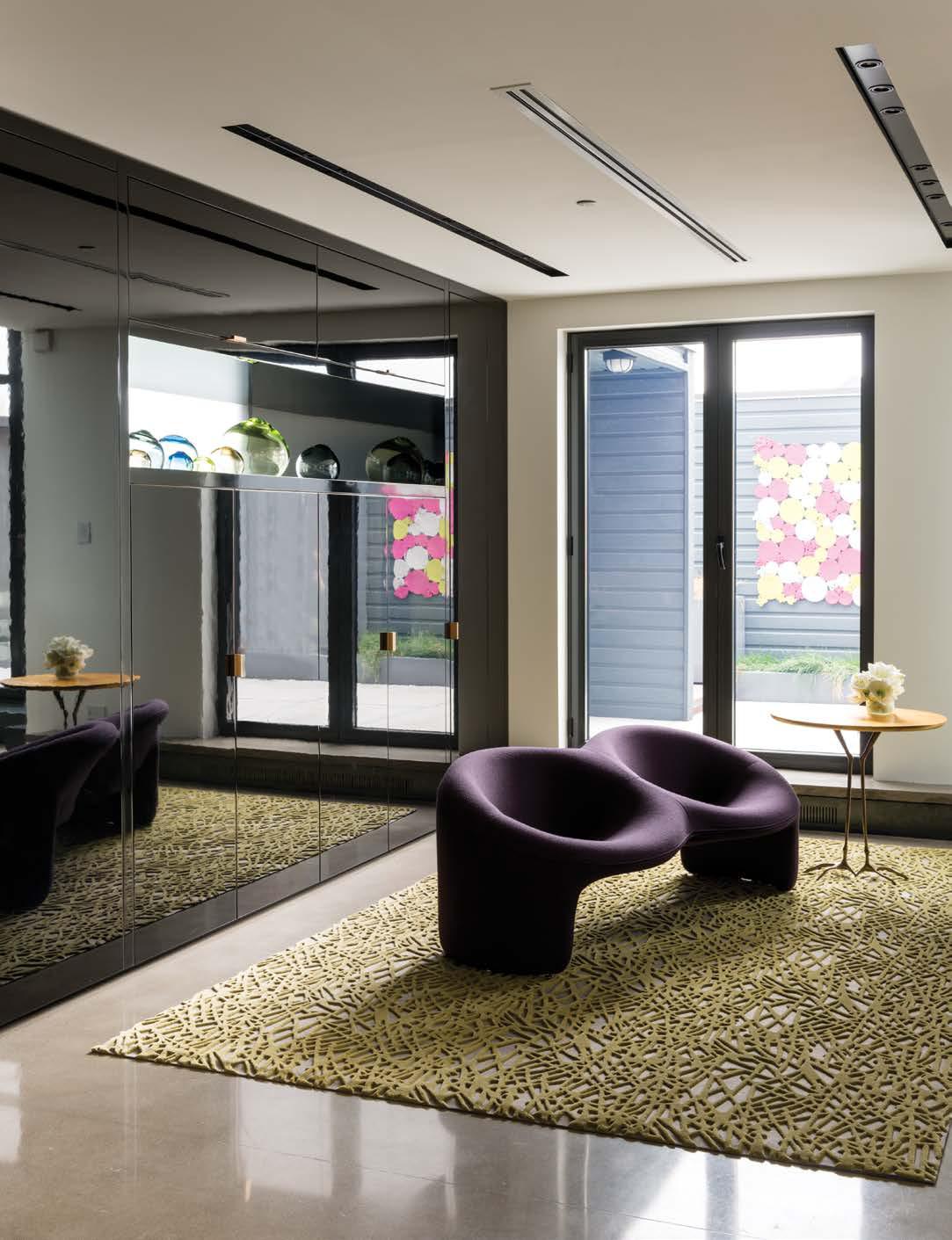 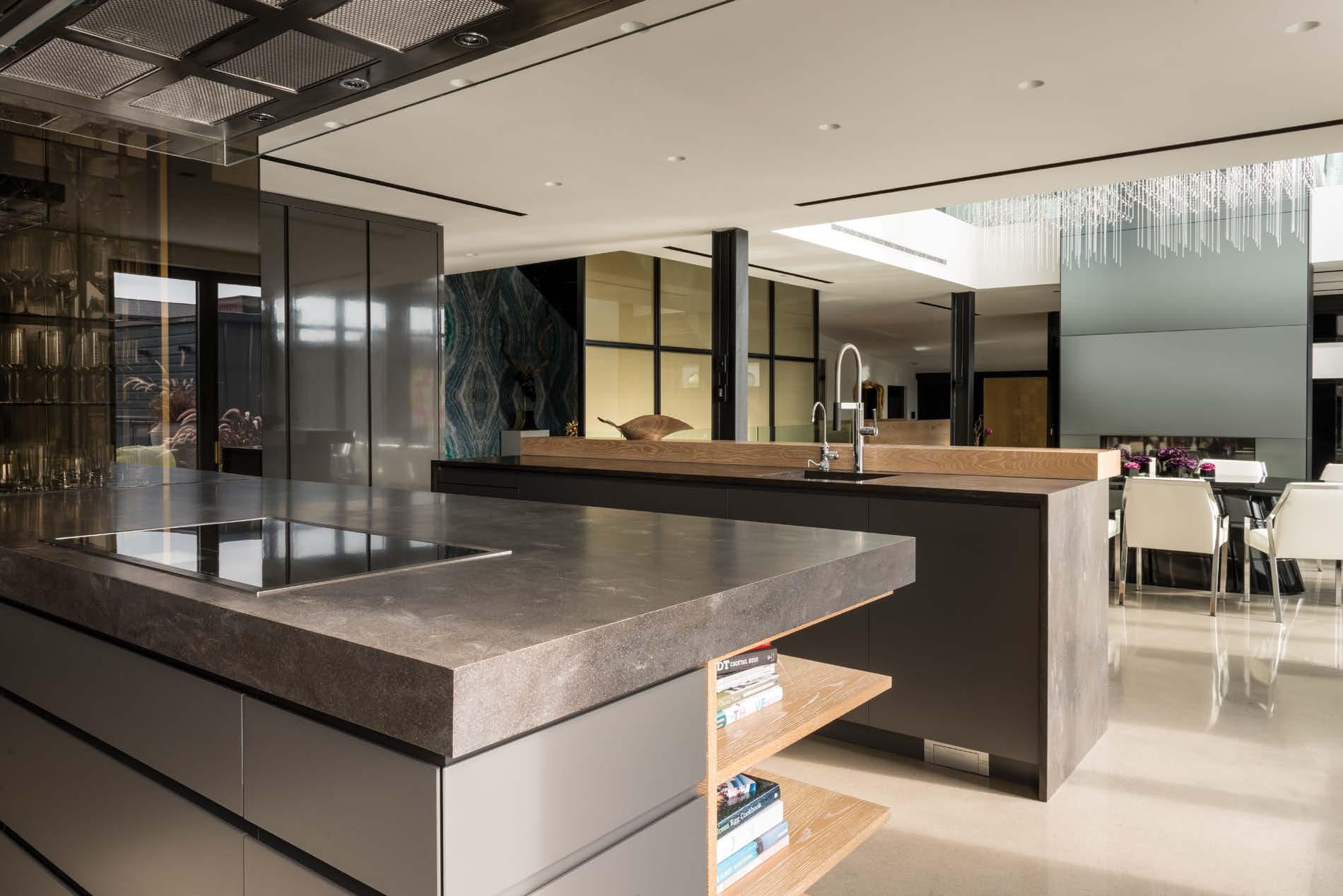 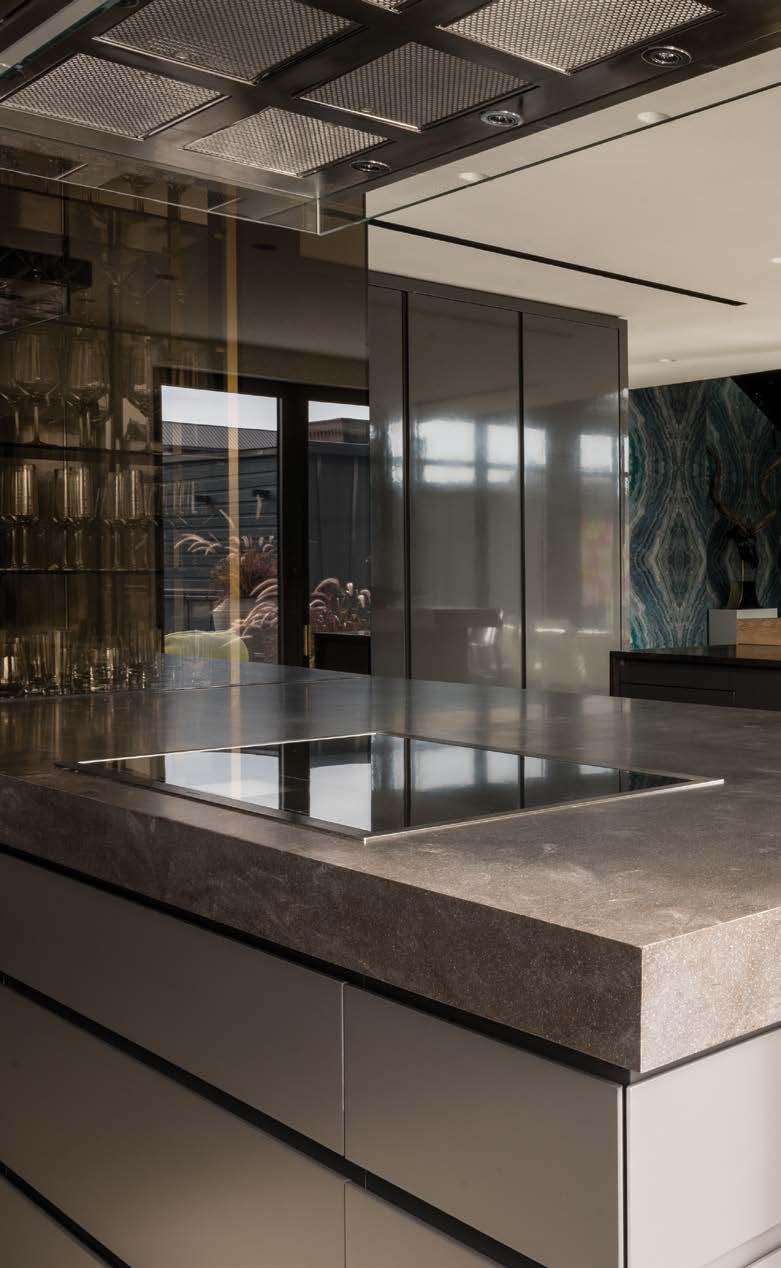 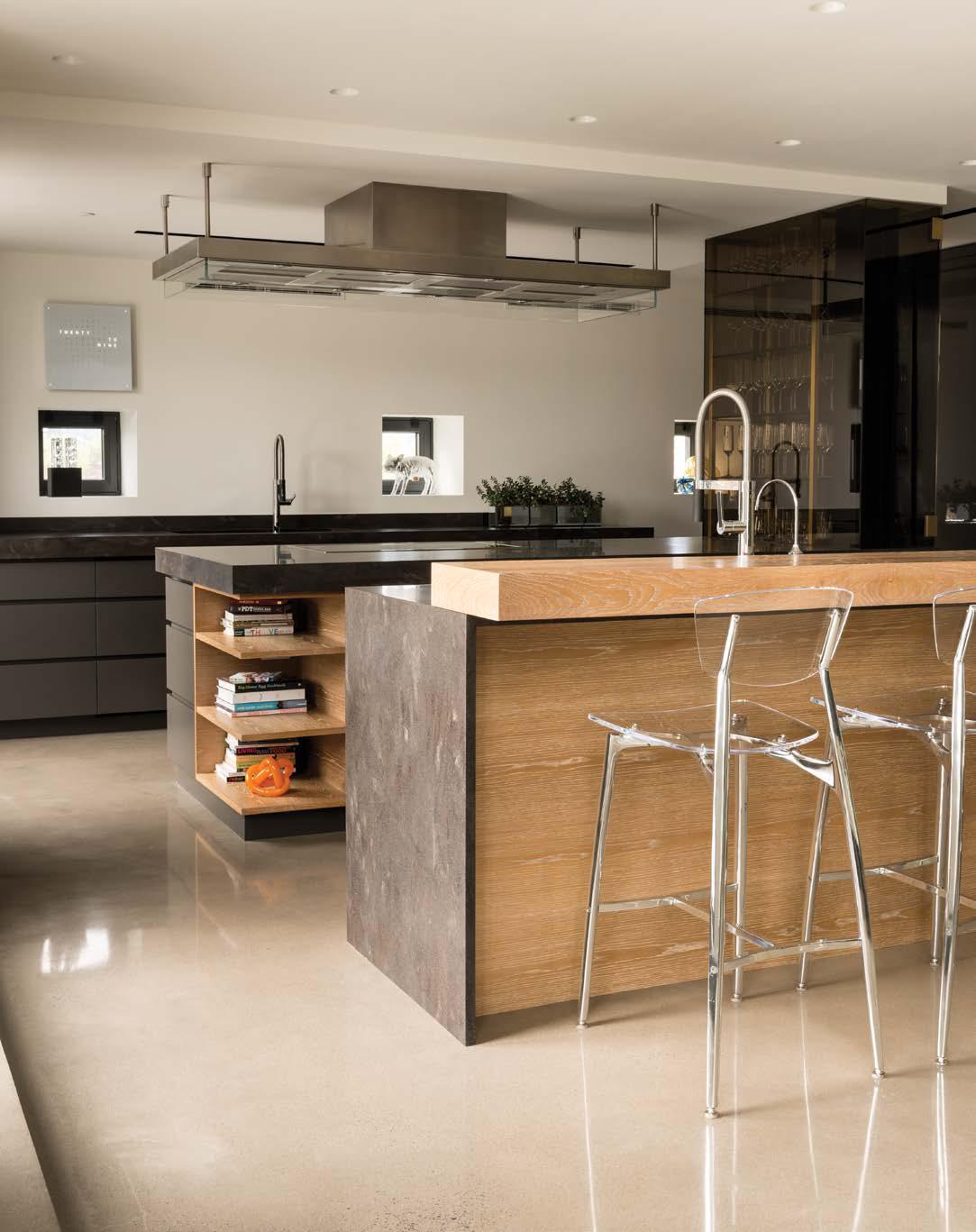 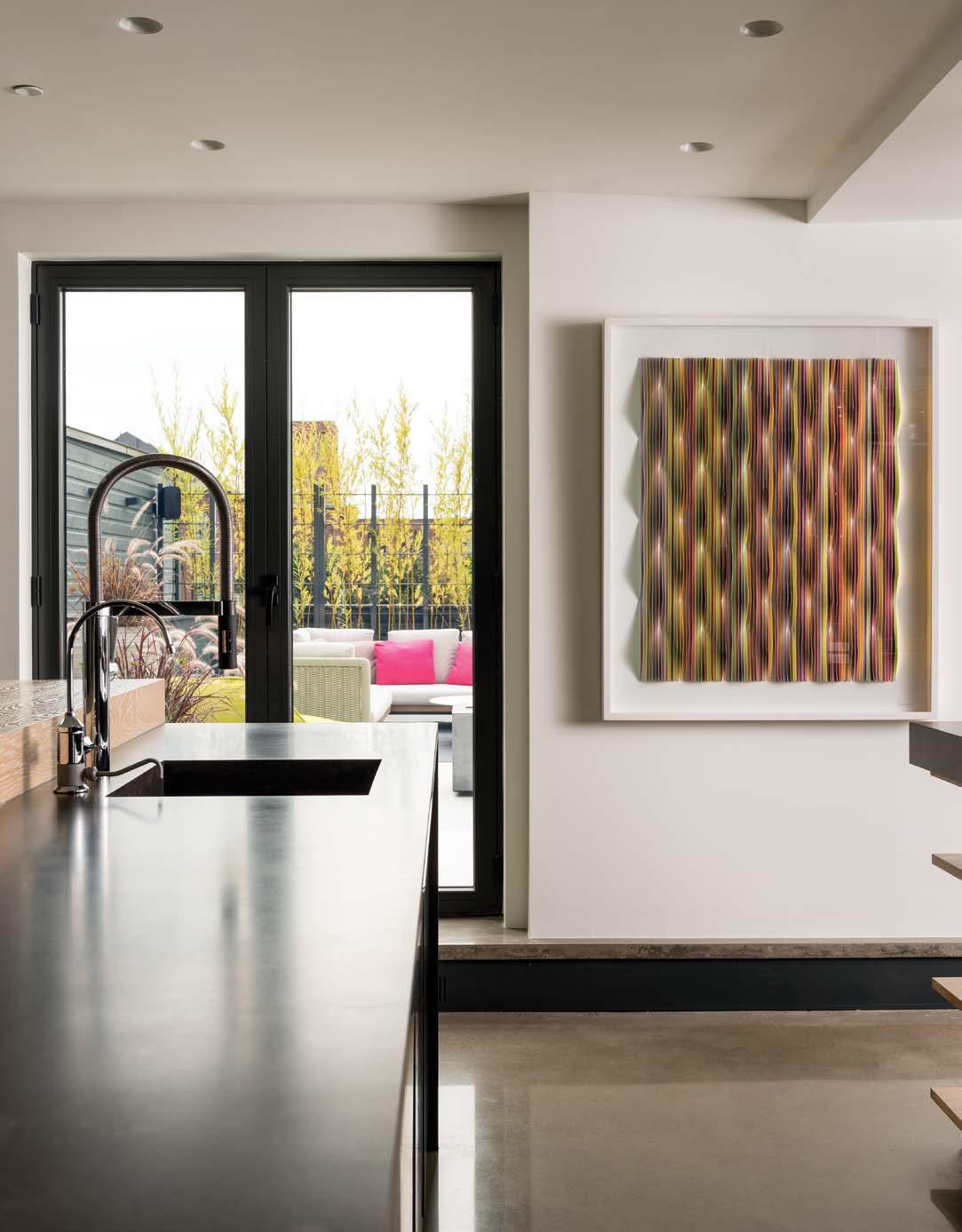 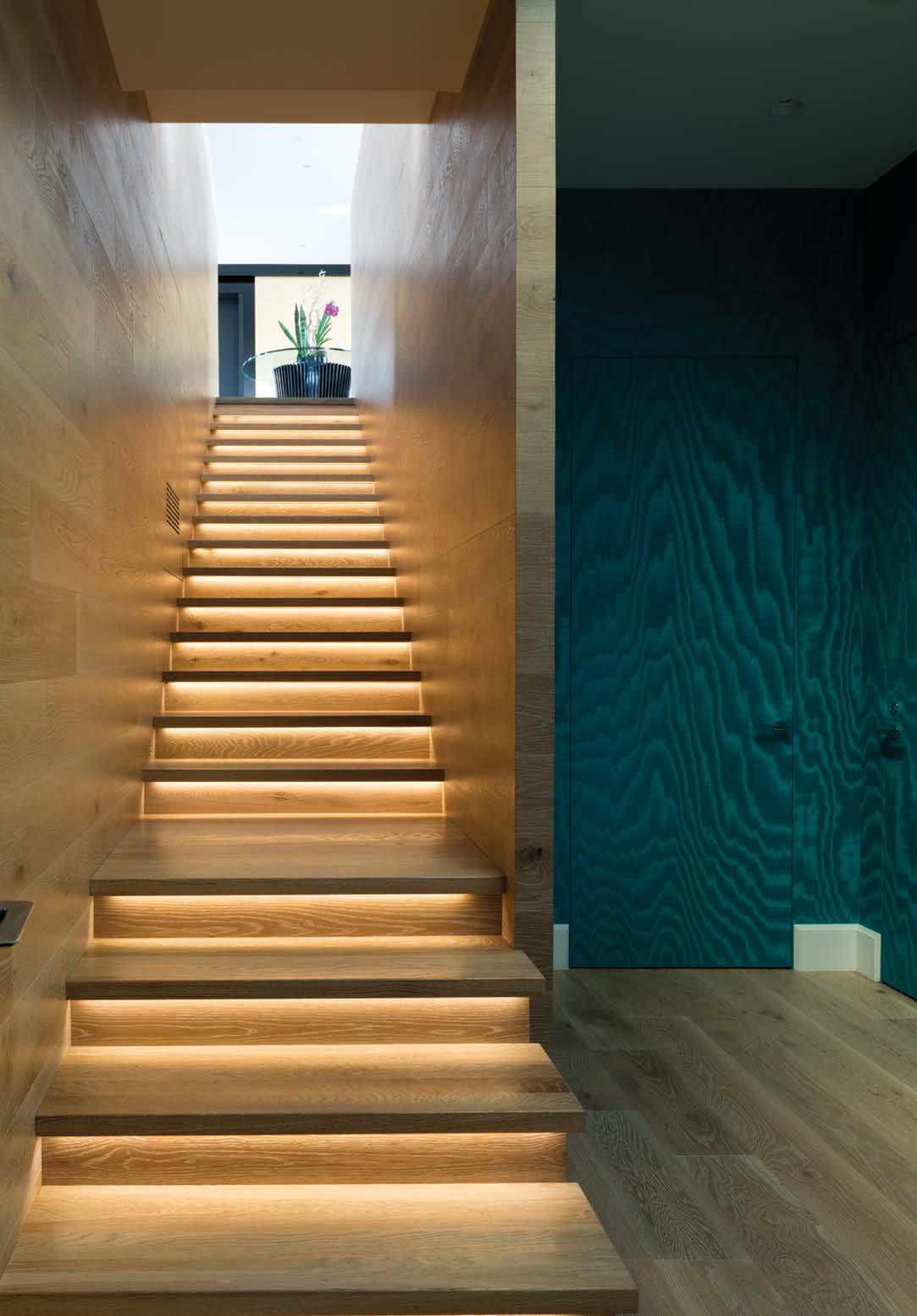 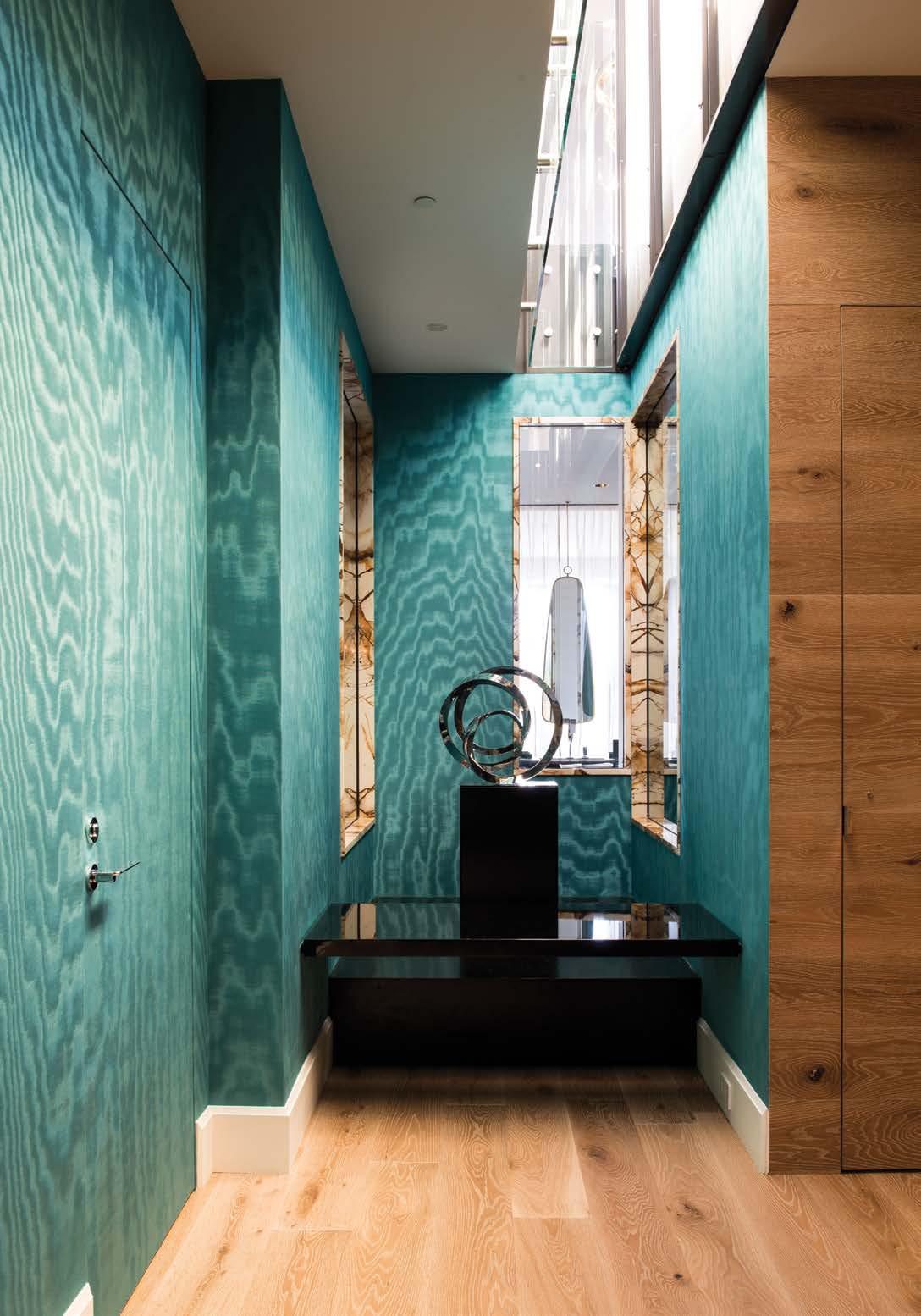 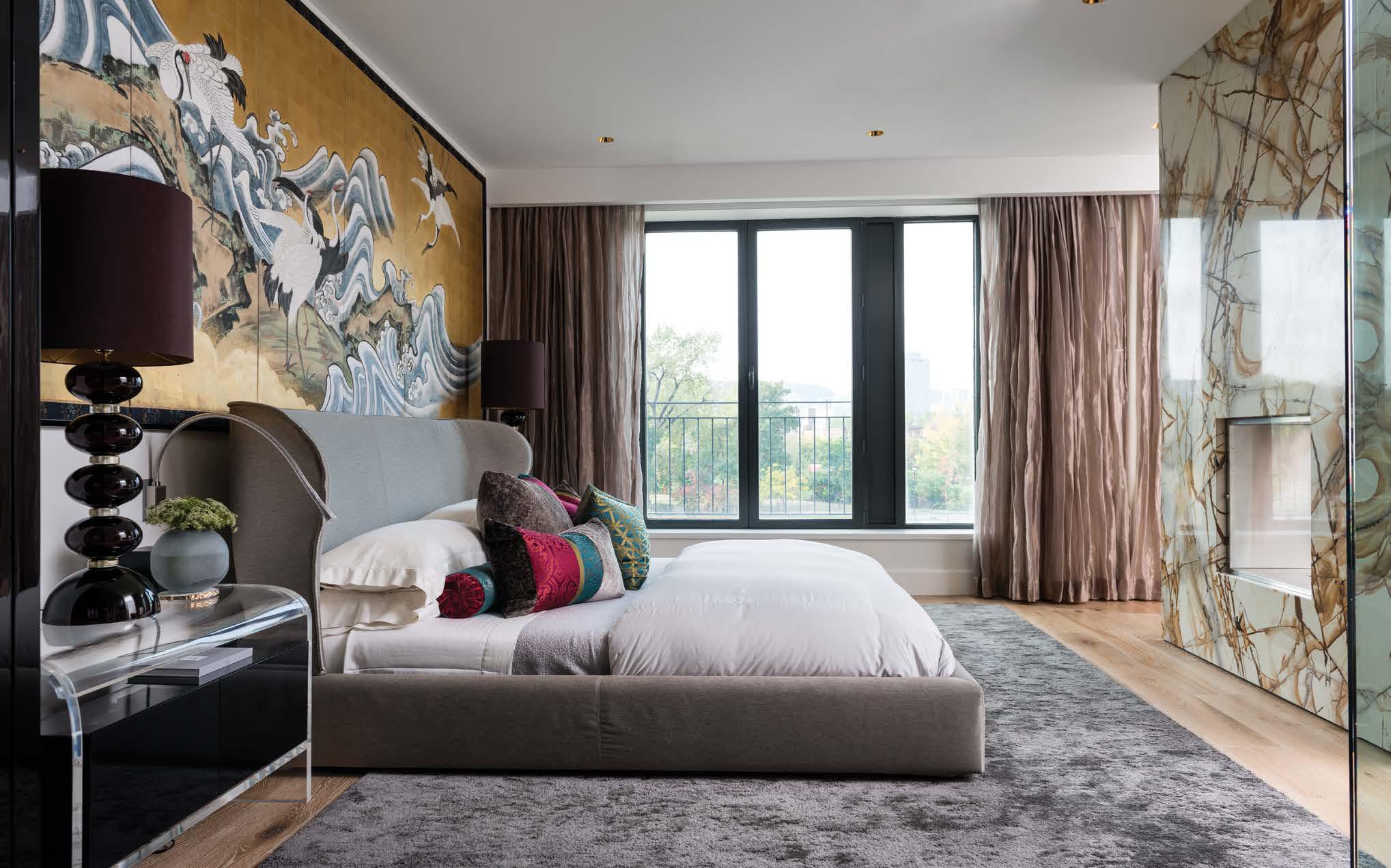 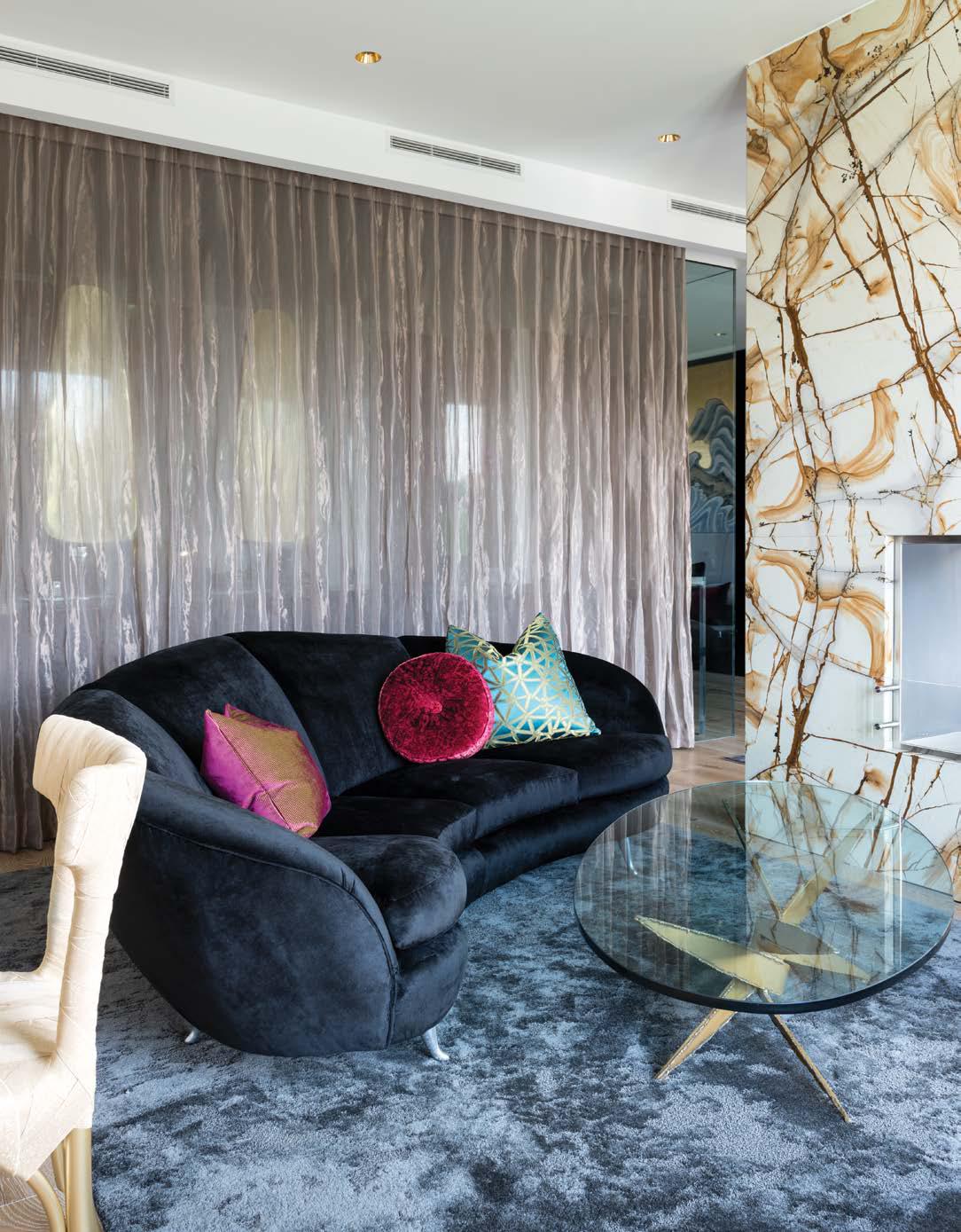 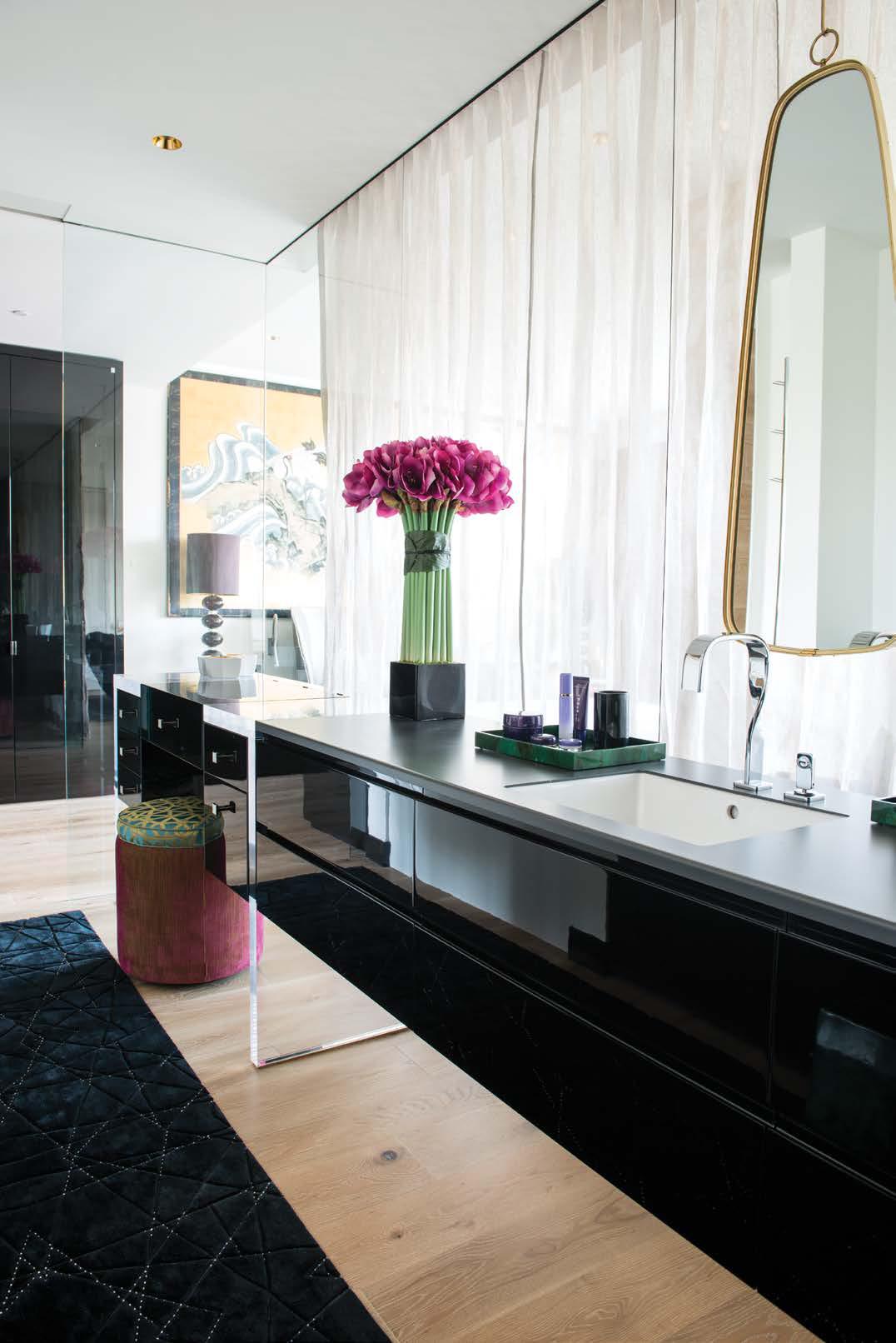 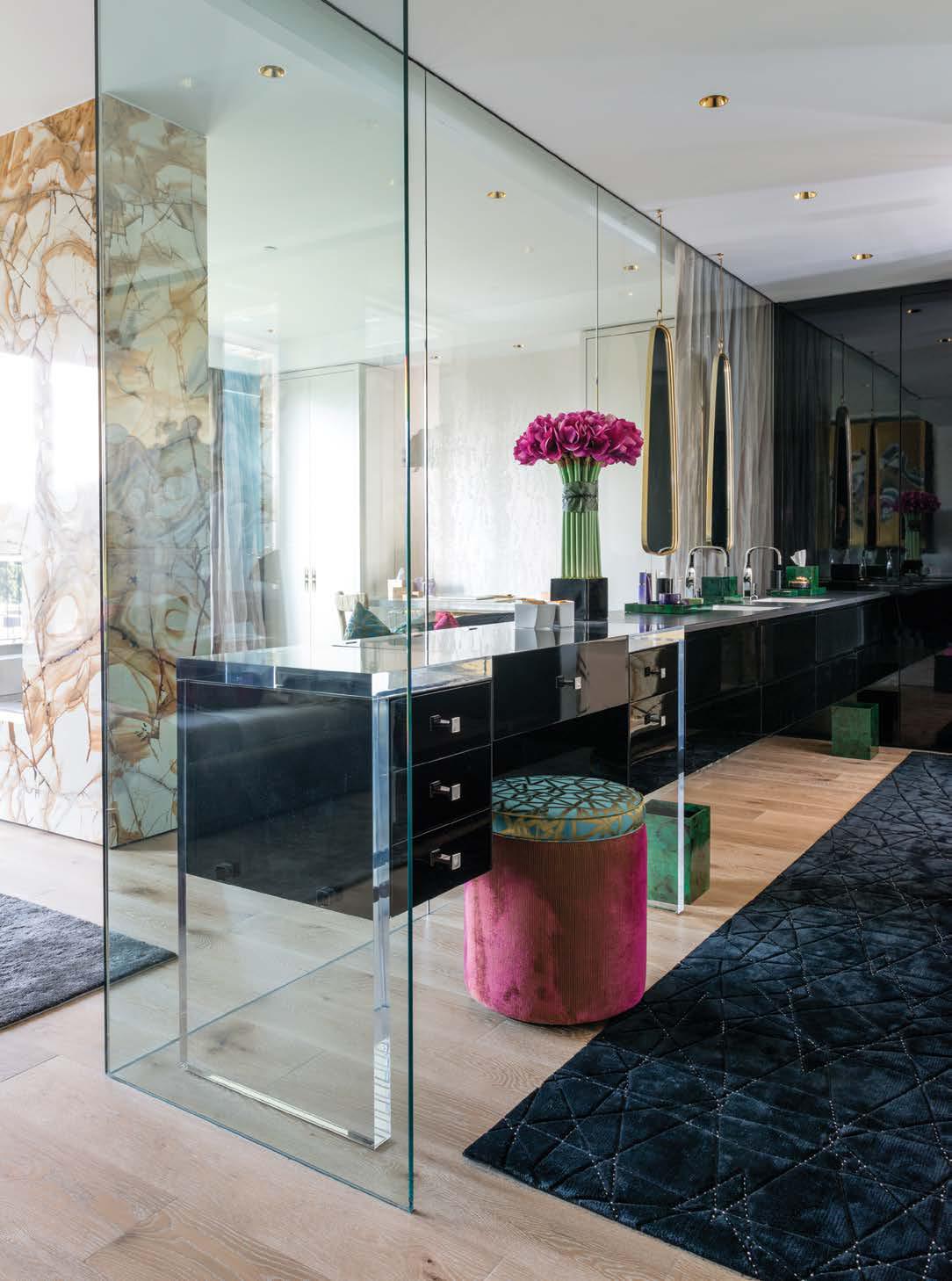 “We were able to take this project much further than we had imagined at the start, thanks to the exceptional relationship our clients allowed us to build with them. When it came to defining the new interior architecture and the composition of the different visual ambiances, they were eager to emphasize the industrial character of the former sugar refinery, while giving the space a feel that embodies their approach to life. A marriage of their vision, open-mindedness and personality made it possible to complete this complex project,” said architect Maxime Vandal and interior designer Richard Ouellette, the founding partners of Les Ensembliers.

Redefining a heritage conversion
In the early 2000s, the conversion of the old Redpath Sugar refinery into luxury lofts kick-started the revitalization process in Montreal’s Sud-ouest district, near the Lachine Canal, leading to the gradual gentrification of the area. The remarkable transformation of this historic industrial building won several awards, including one from Héritage Montréal in the repurposing category and the Wawanesa Award for Heritage Enhancement.
In joining three separate units in the unique structure, each on a different floor, Les Ensembliers envisioned a coherent new space with a complex personality. “We did not want the new space to be the simple combination of three different units. We also wanted to leverage the visual power of the building’s industrial character, while getting away from the loft logic of the original conversion,” Vandal explained.
With that vision in mind, the designers opted for two bold architectural statements, one vertical and the other horizontal. The first is a central opening, creating an atrium linking all three floors and bringing better natural lighting to the third floor. The second is a dynamic axis in the form of a floor raised by three steps, linking the two staircases on the 4th floor and, on the 5th floor, a walkway bridging the living room and guest room.

Contrasting ambiances
These architectural statements also made it possible to create clear divisions into distinct functional zones: between the foyer, dining room & kitchen and the children’s area on the 4th floor; between the public areas on the 4th and 5th floors and the private spaces on the 3rd and 5th floors. In the process the original living areas were entirely reconceived to create a fluid transition between spaces with distinct characters, from cozy retreats to spaces designed for exuberant sociability.
The basic character of each of the zones was defined by a particular treatment of the space, in terms of the design of volumes, the use of materials and the selection of furniture. A perfect space for talking and sharing, the dining room finds its expression through its stunning central steel fireplace, high ceiling, large oval table, generous windows, and lighting fixtures consisting of small bulbs hanging in a cubic frame made of metal rods. Everything was designed to highlight the impressive volumes of these old industrial spaces. Meanwhile, the kitchen aligns with the approach by being reduced to its essentials: three minimalist islands, and all storage and appliances concealed behind varnished walls.
In contrast, the master bedroom on the third floor expresses warm domestic comfort, with some nods to urban chic. As we approach, the two low wood walls framing the stairs toward the space form a cocoon signalling the entrance to an intimate haven. Beyond, everything speaks to the embracing comforts of home, from warm colours to surfaces that are a delight to touch, to the furnishings and their specially selected materials: turquoise silk walls, Verona marble fireplace, velvet crescent-moon loveseat…

The spirit of industrial chic
A marriage of the space’s industrial origins and the occupants’ personality, the interior spaces were built as an interplay of contrasts between raw industrial character and a taste for luxury and urban comfort. In the living room, the angular easy chairs, cut-glass walls and broken lines of the carpet contrast with the rounded cushions and mirror. Soft banquettes are inserted into an industrial-style black metal bookshelf covering an entire wall.
Comfortable materials alternate with reflective ones: steel, polished concrete, silk, glass, velvet… In the private areas on the third floor, silk-covered metal curtains, reinvented movable partitions and the transparent acrylic legs on the bathroom vanity echo the openness and fluidity of the spaces on the upper floors.
This interplay of references, characteristic of Les Ensembliers’ approach, is also seen in the selection of decorative elements. For example, the veins in the fireplace’s Verona marble inspired the choice of the Japanese painting over the bed. The legs of a chair resemble the spike heels on some of the owner’s shoes. In the bathroom, the walls covered with pennies are a tribute to the discontinued coin. “Each object was carefully chosen for its personality and the way it fits into the whole. Whether you are looking at a vintage frame or a piece of custom-made furniture, nothing is there by chance.”
Each room was designed like an artwork, with impressionistic touches calculated to inspire unique and complex emotional responses.