House 028 is a project designed by MIDE architetti and covers an area of 650 m2. The project involves the renovation and expansion of a single dwelling of the early 70 ‘s, located in a residential area in Abano Terme. 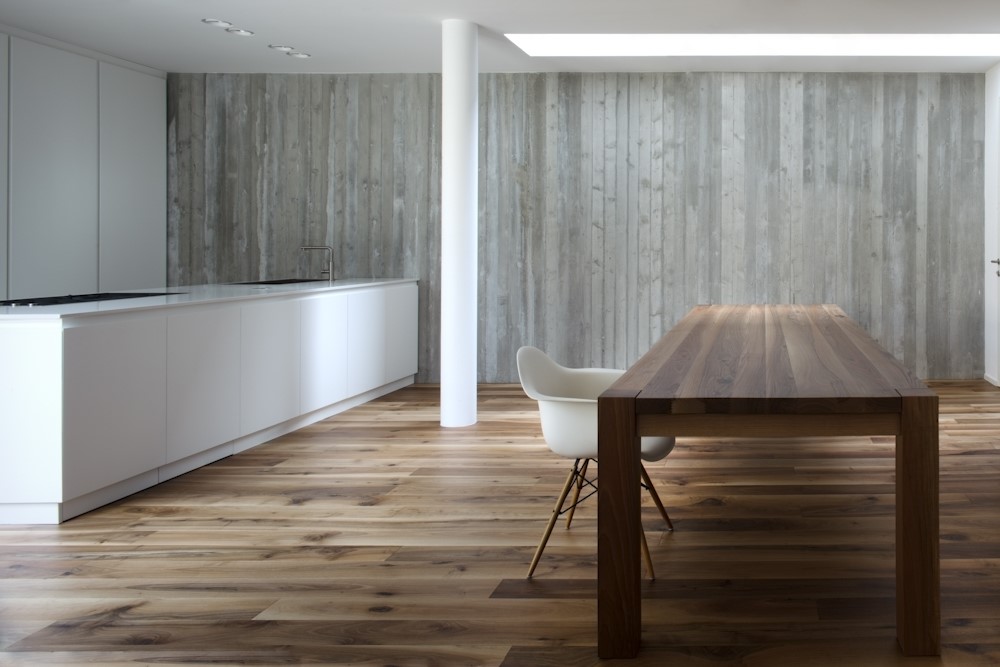 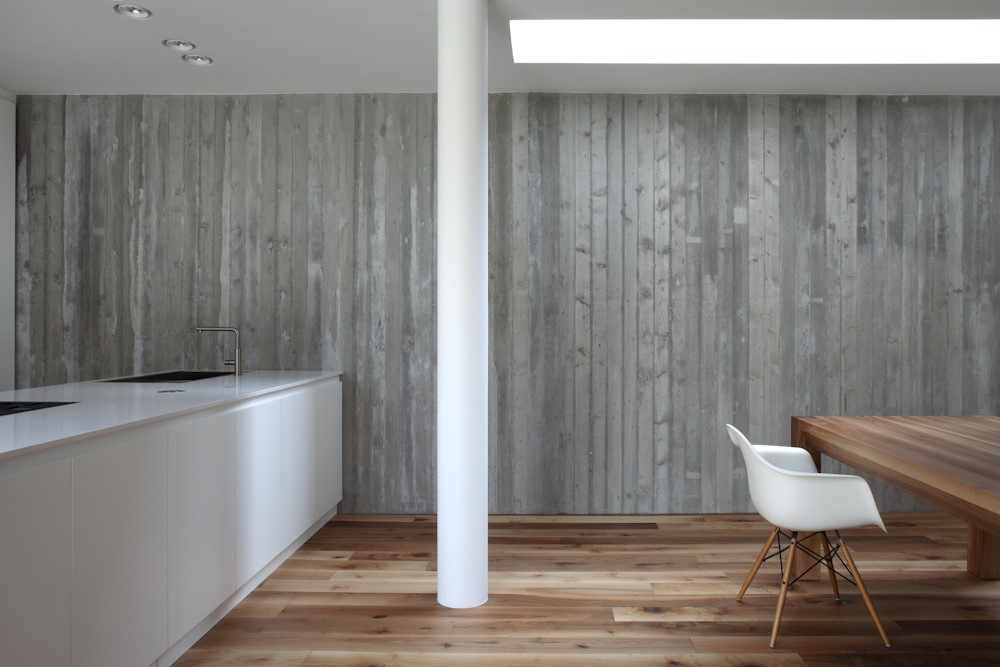 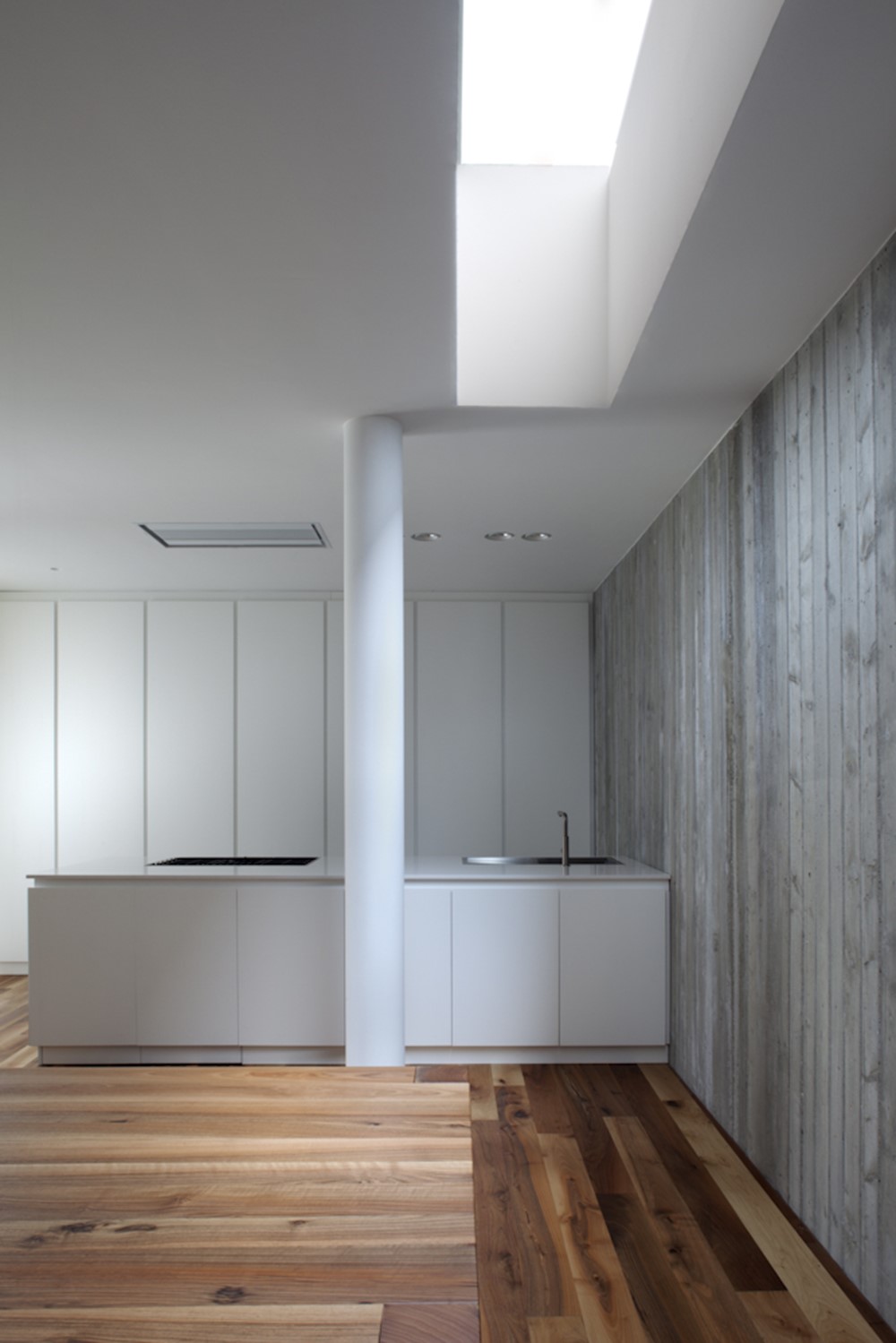 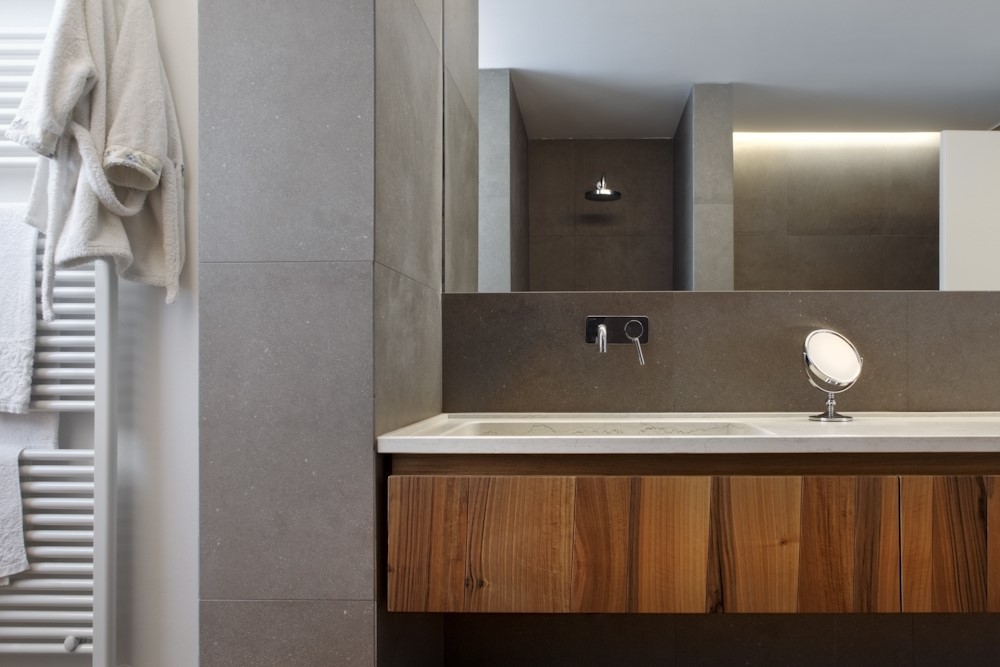 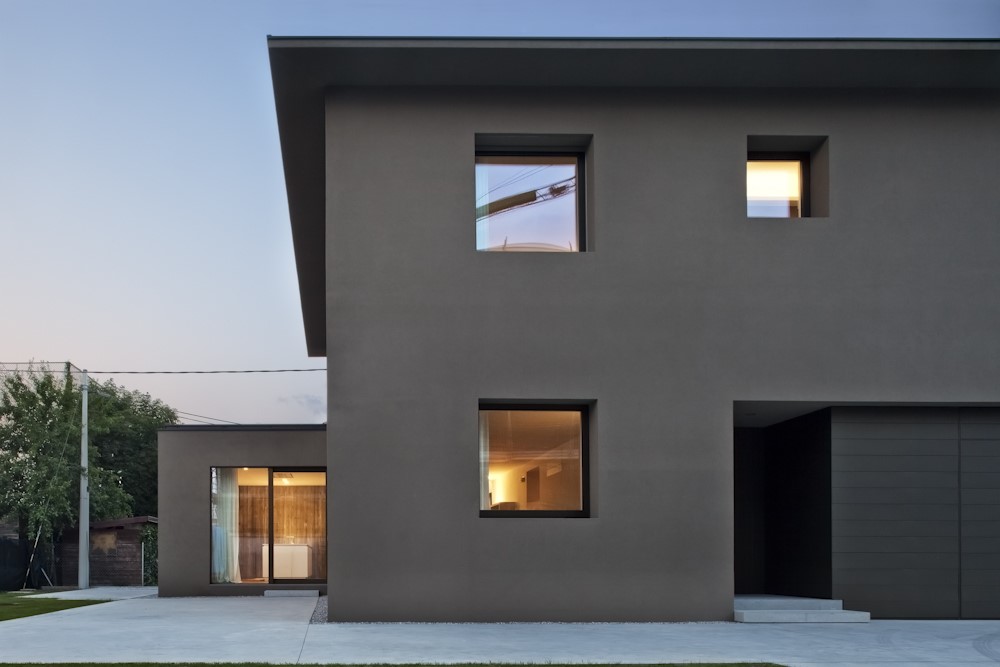 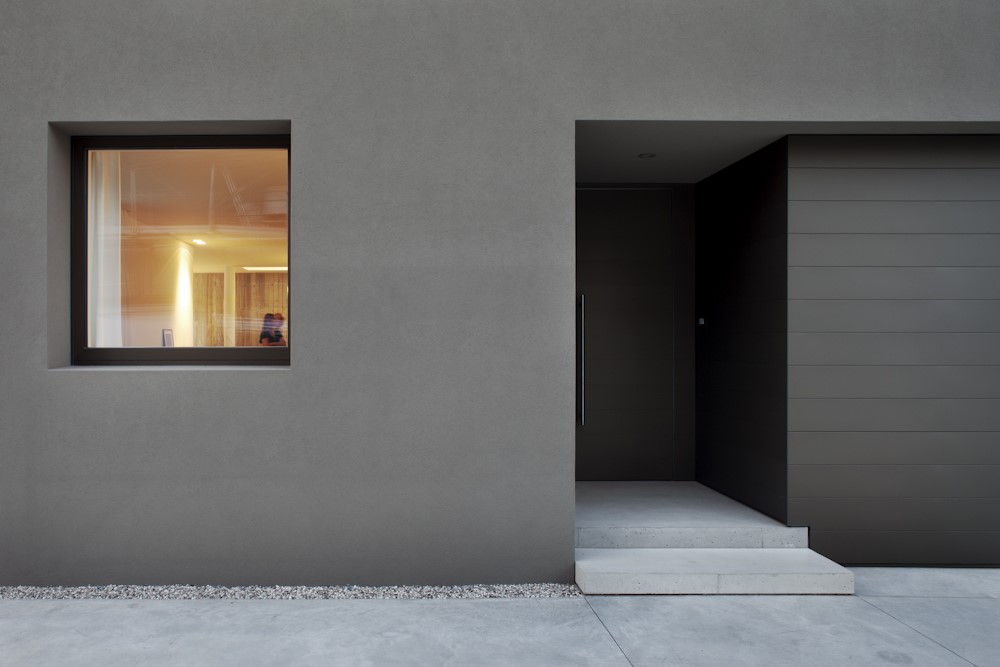 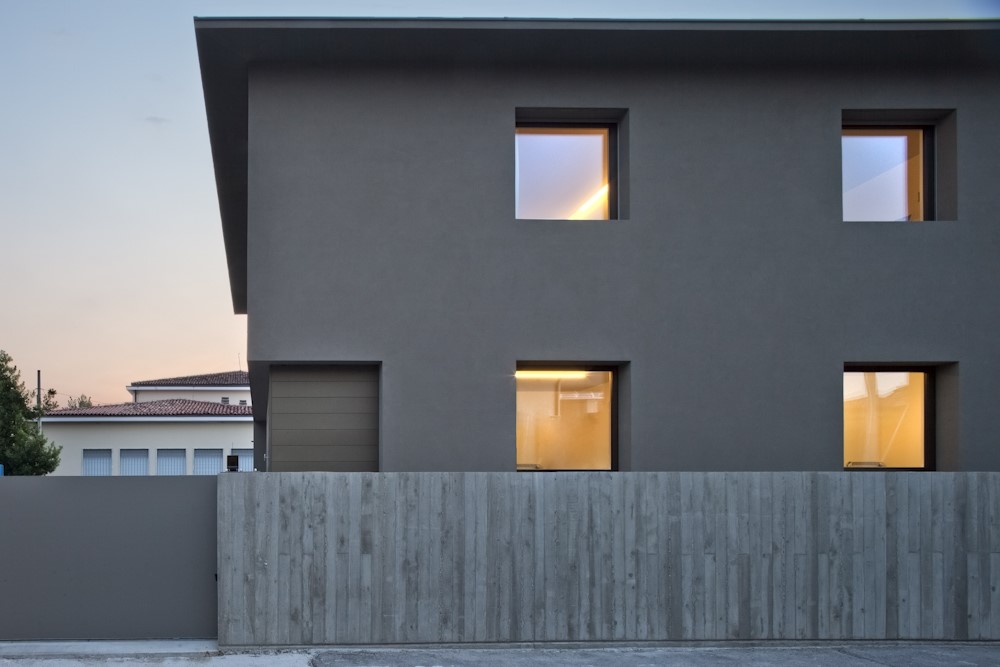 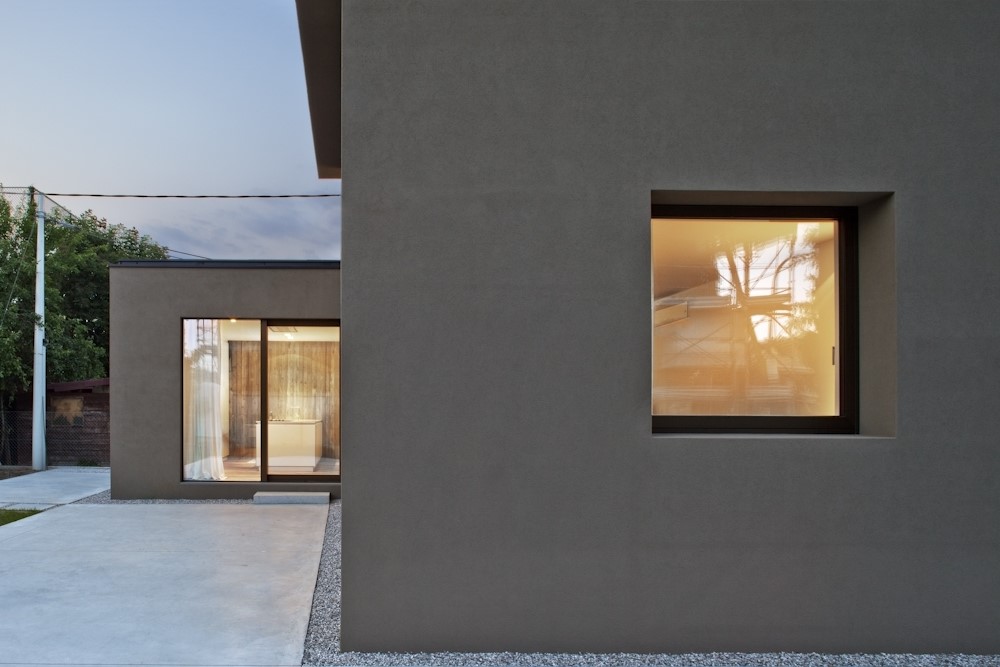 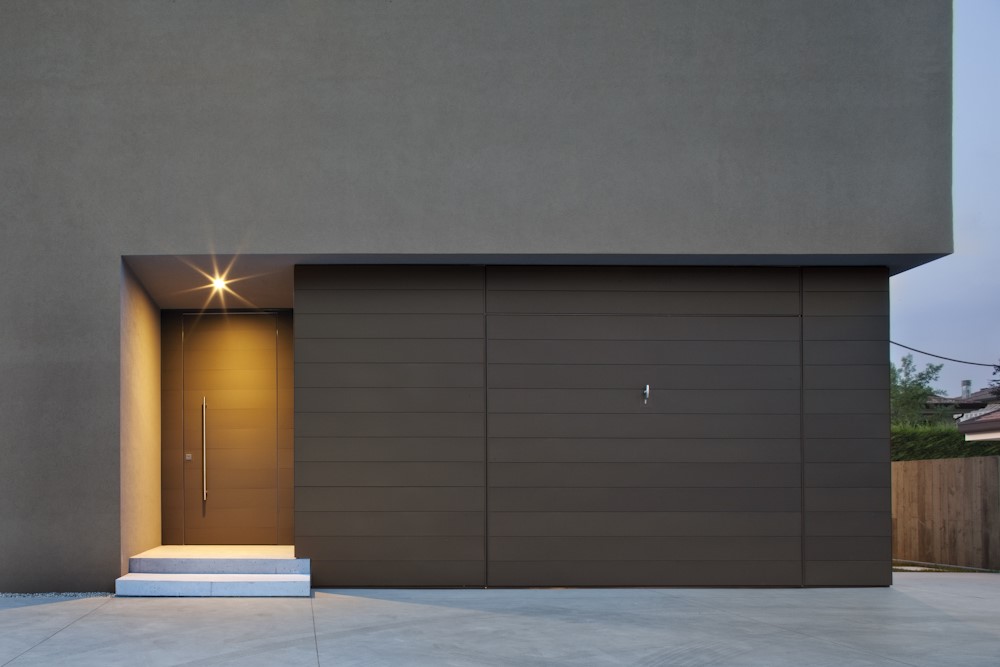 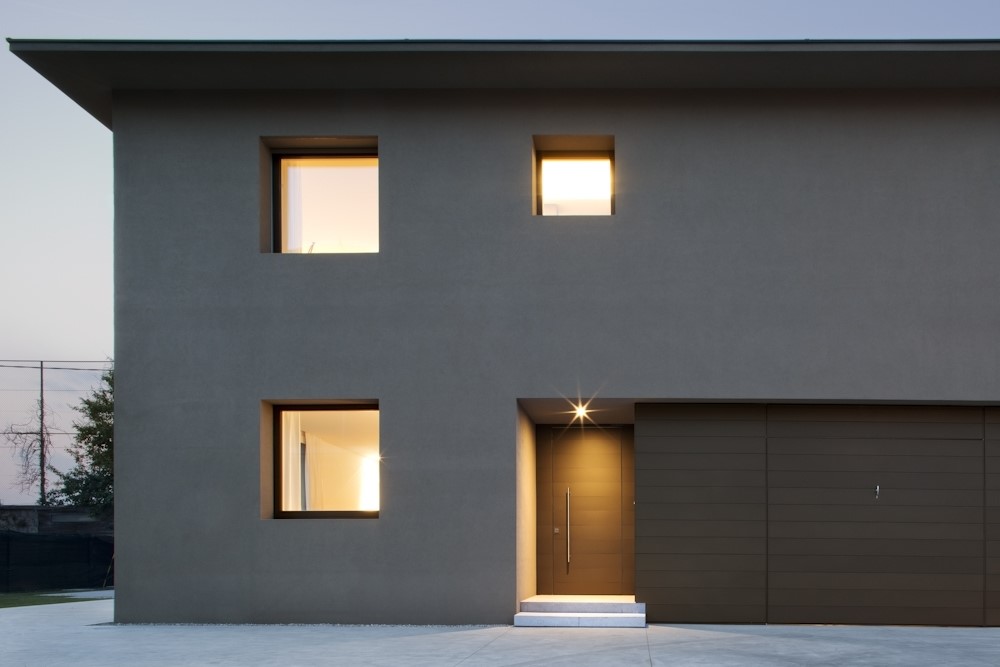 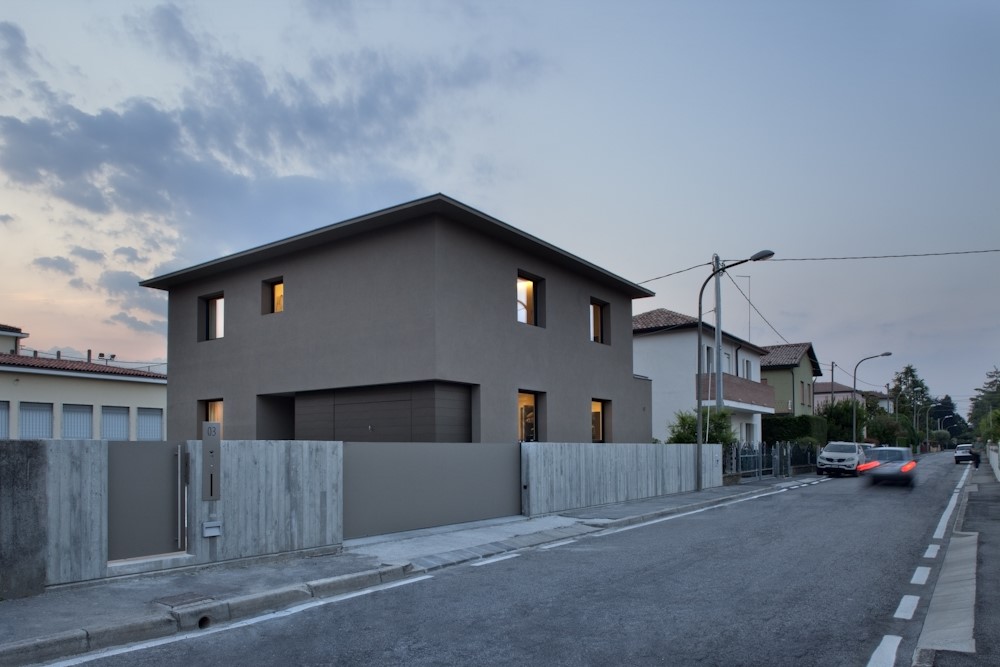 The project site is spread over two floors above ground and it is faithful to the original plan involving four large rooms on each floor, distributed through a central corridor. The functional needs of the clients matched with the existing distribution, whereby the proposed project will preserve as much of the existing masonry as feasible, without subverting the original plans, and in turn resulting in an economically sustainable project. Important changes will mainly involve the ground floor, where the need to obtain a wide living area in a close relationship with the garden will require an expansion to the building. The facades will be reinterpreted by adding large openings toward the private garden which will subsequently provide additional natural lighting. On the ground floor, there are movements and community rooms such as the cloakroom, the living area consisting of living room and kitchen, pantry, bathroom, storeroom, laundry and garage. The latter, a volumetric block covered with aluminum slabs, plays an important role in the composition of the new facade characterized by brown-grey plaster. On the same floor, the living areas will be intimately involved with the garden through large openings, creating an ideal extension to the outside: a relaxing space for family use during sunny days. The upper floor will be utilized as a sleeping area, consisting of two single bedrooms, a bathroom and a bedroom with an adjoining bathroom and walk-in closet. The personality of the new building will be strongly reinvigorated by the choice of the materials adopted; the contrast between the rough grey-plastered wall surfaces and the elegant metallic surfaces adorned with a bronzed finishing touch.
Photography by Alessandra Bello