Malmsbury House is a Mexican Swiss Chalet project designed by Perversi-Brooks Architects in 2015, covers an area of 206 m2 and is located in Malmsbury , Australia. Photography by Ben Hosking. 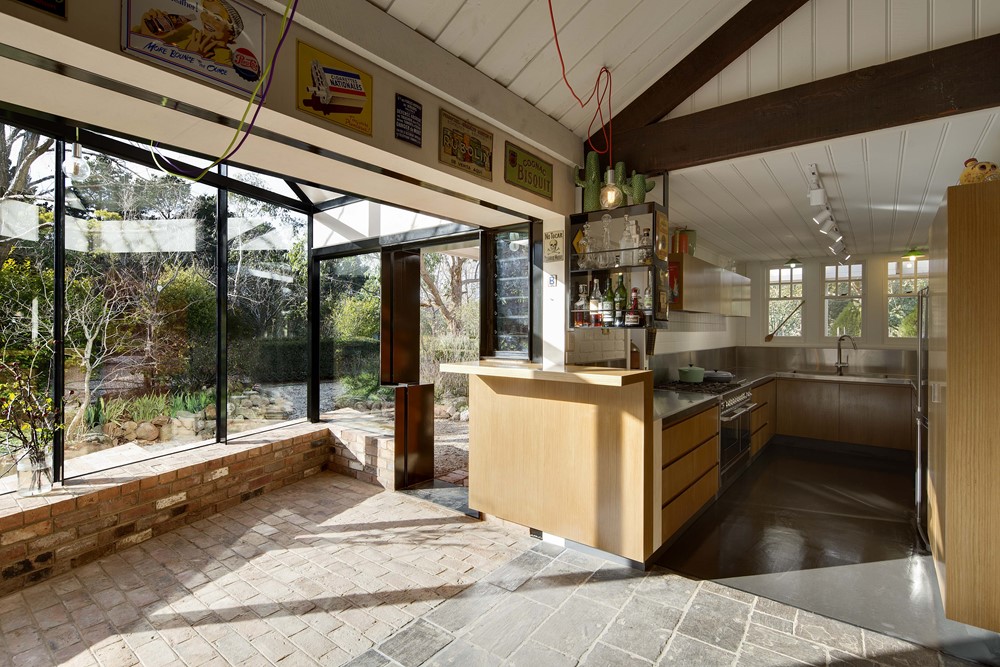 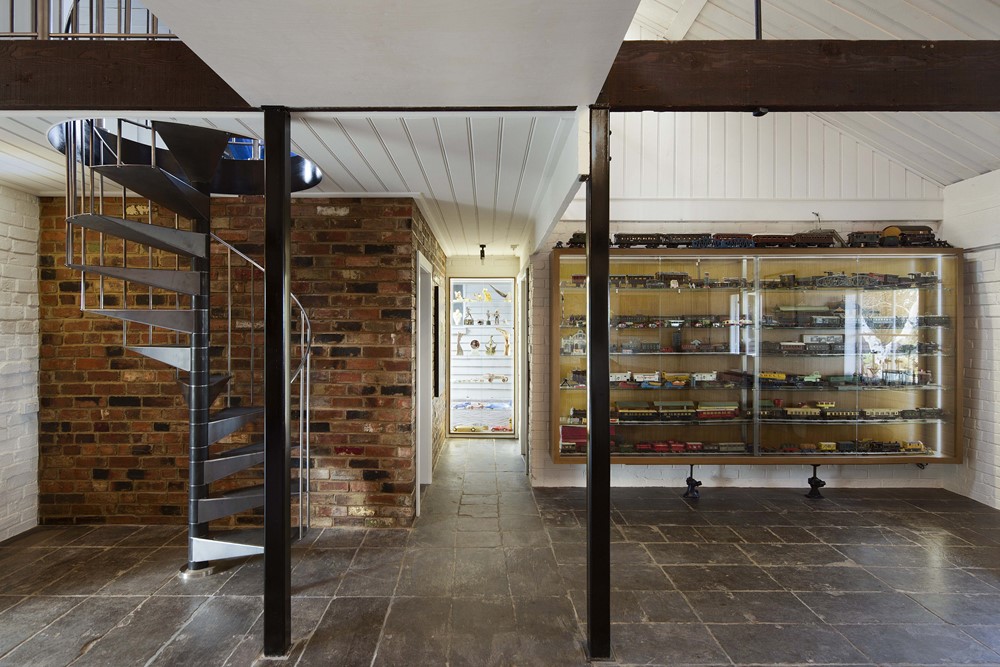 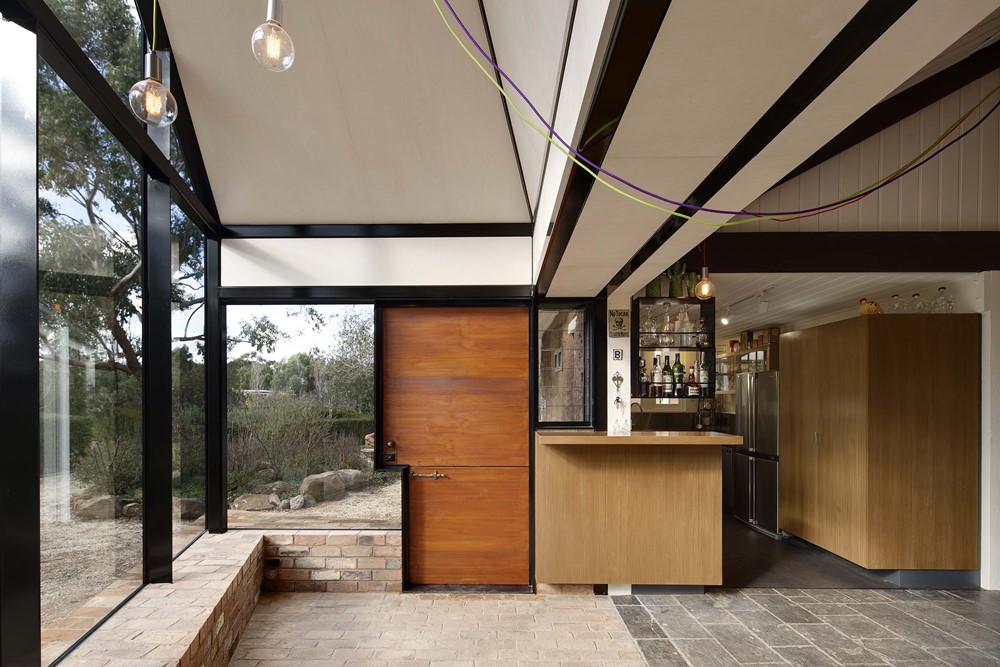 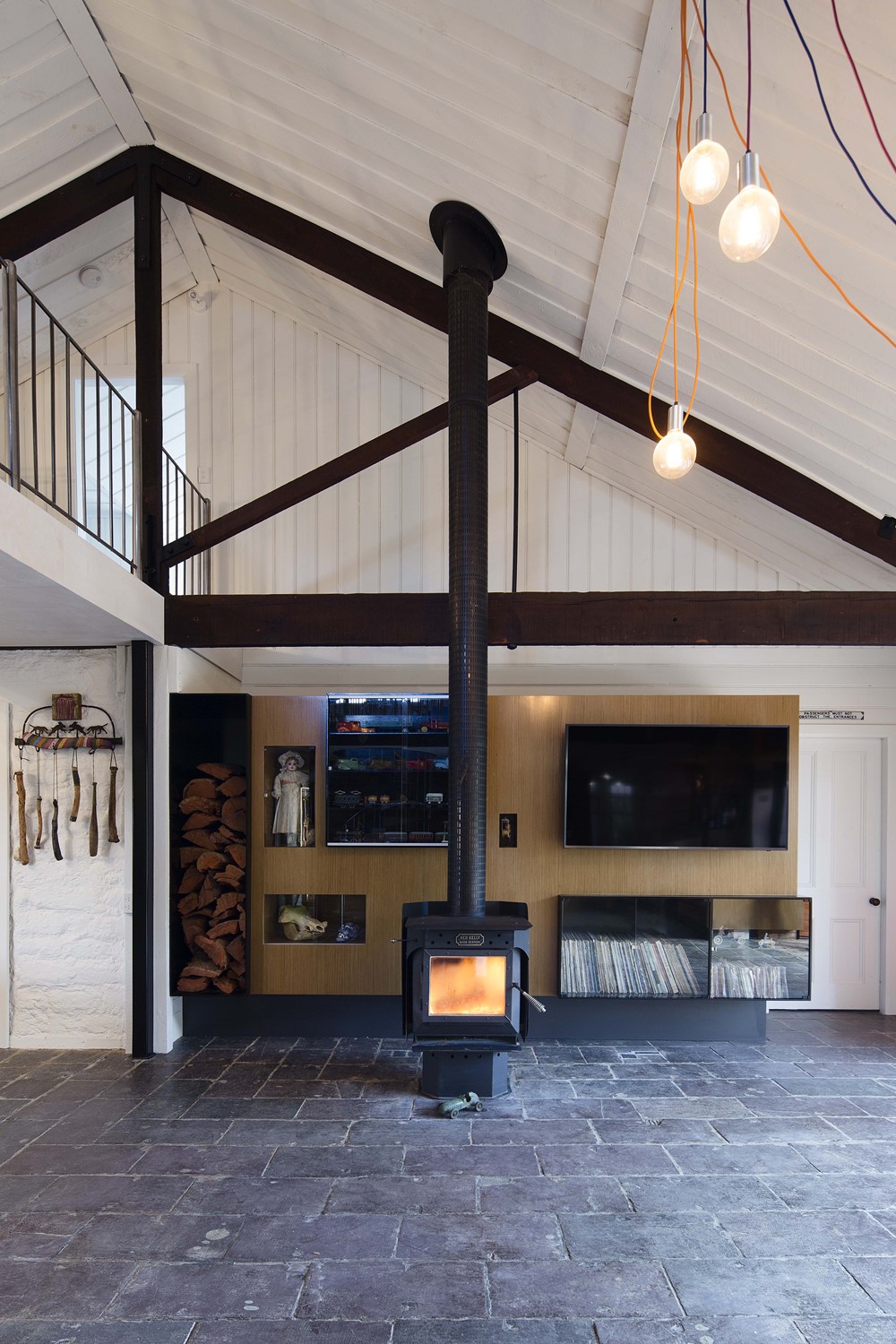 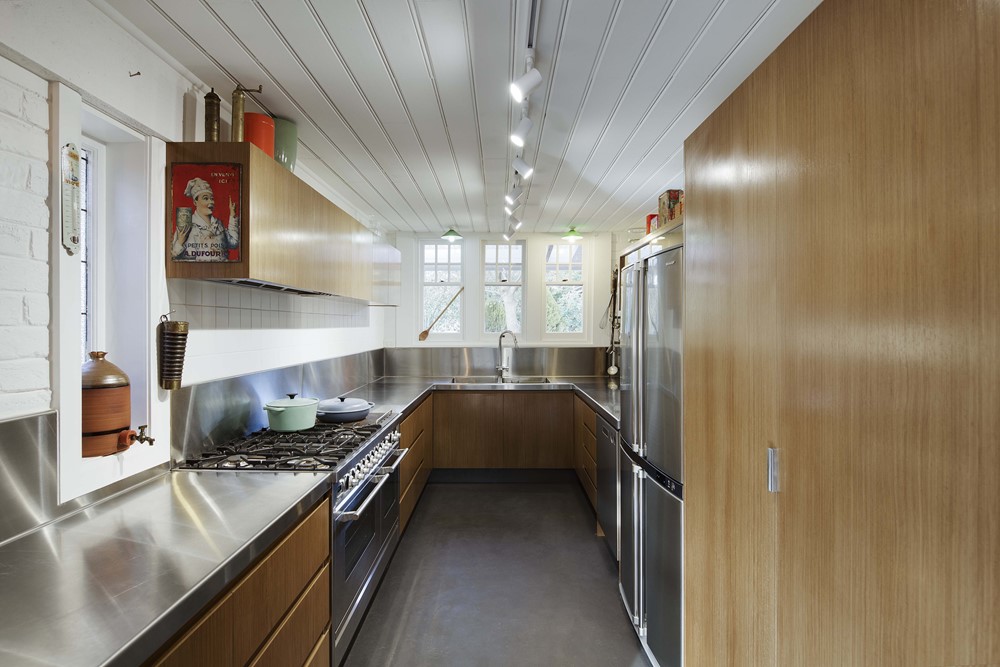 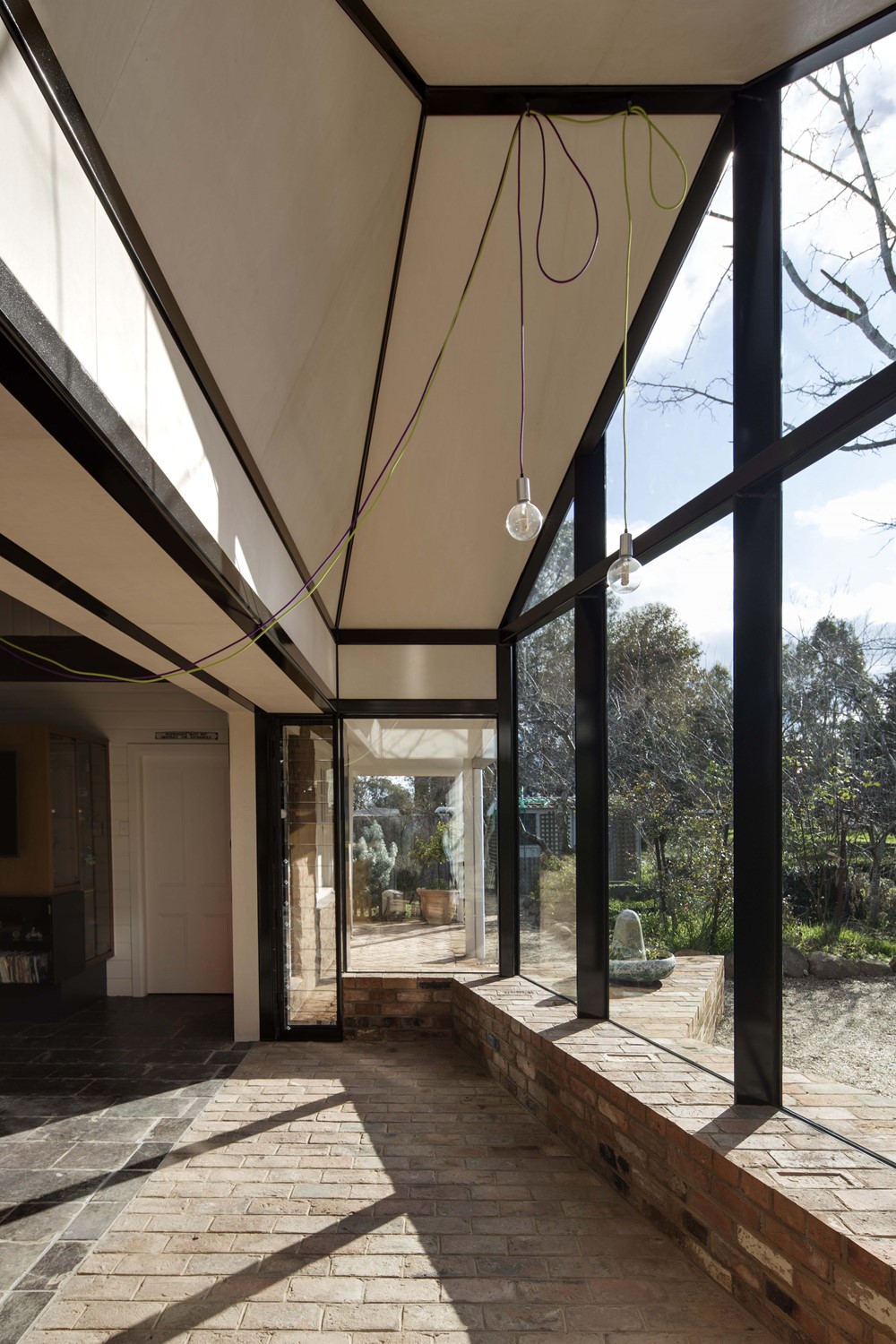 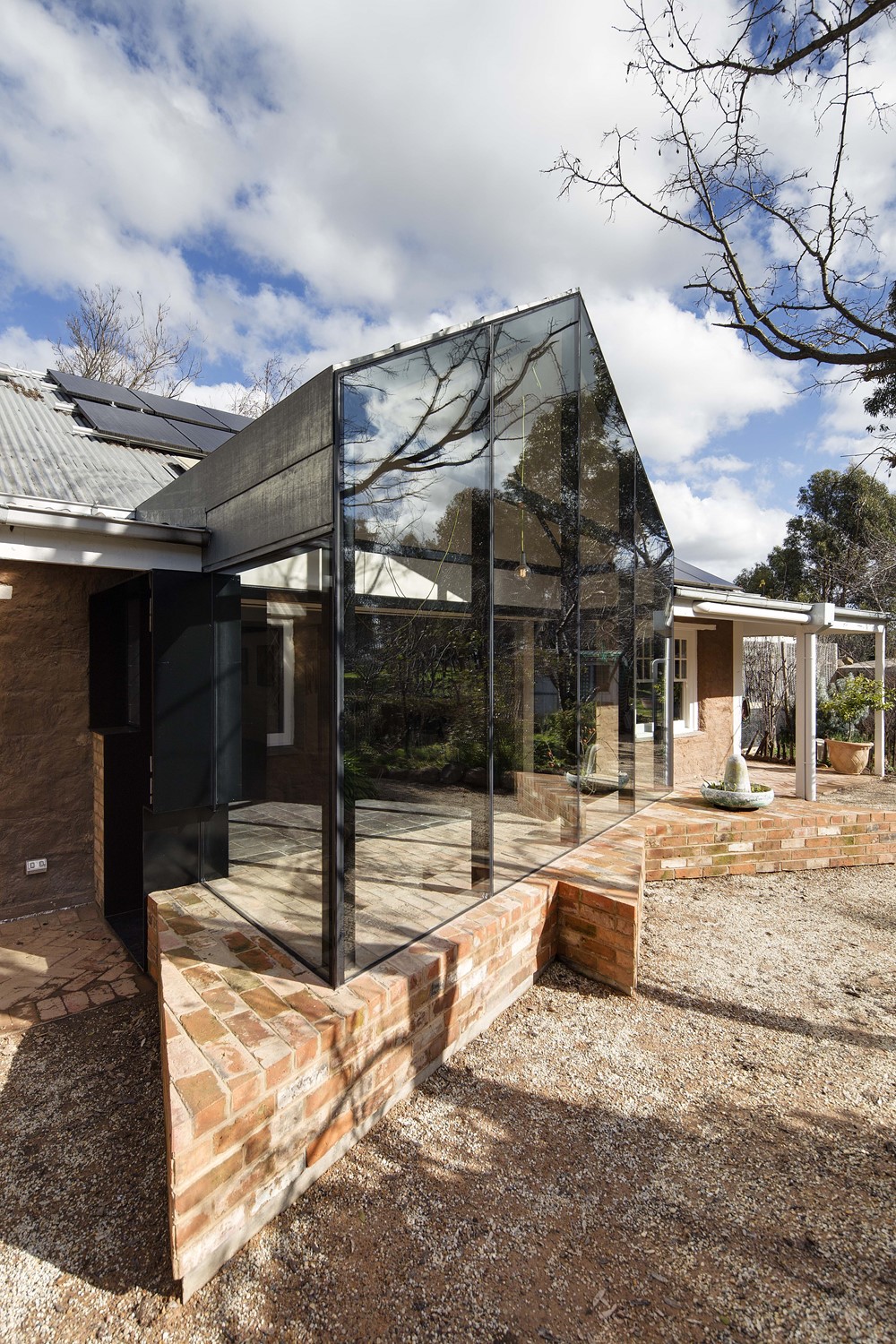 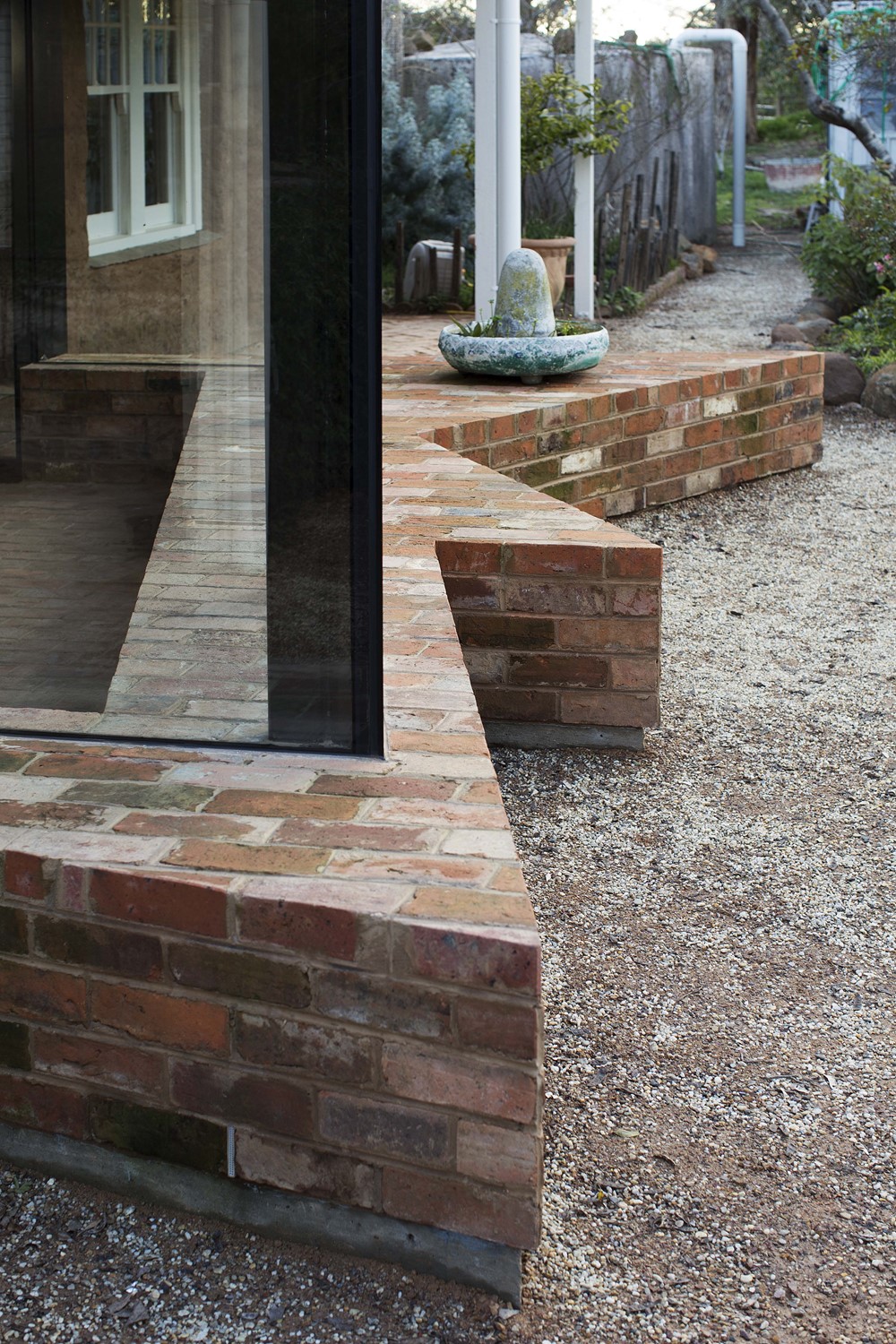 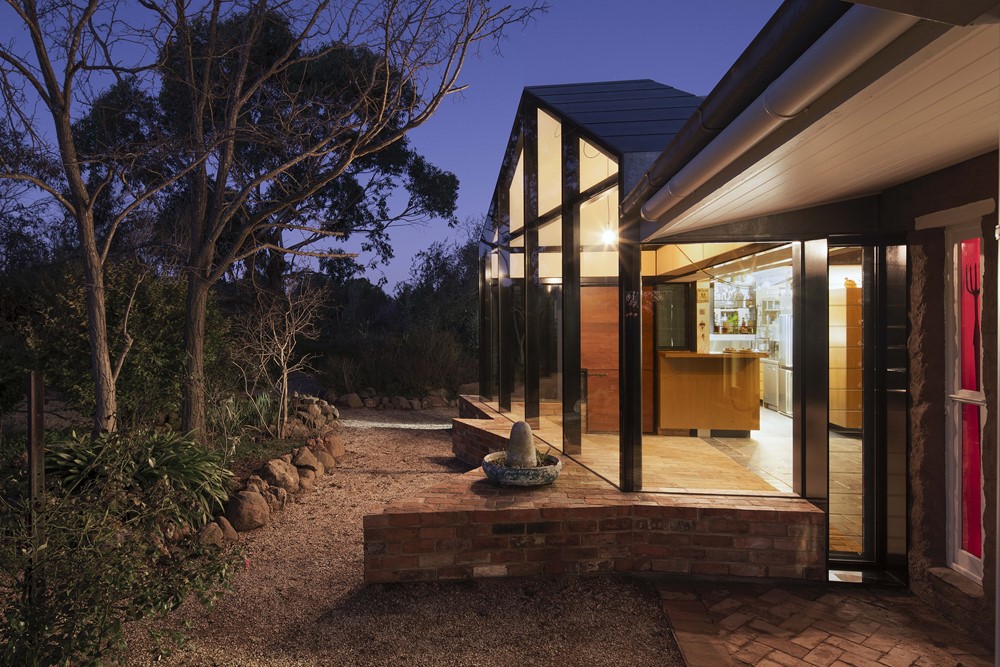 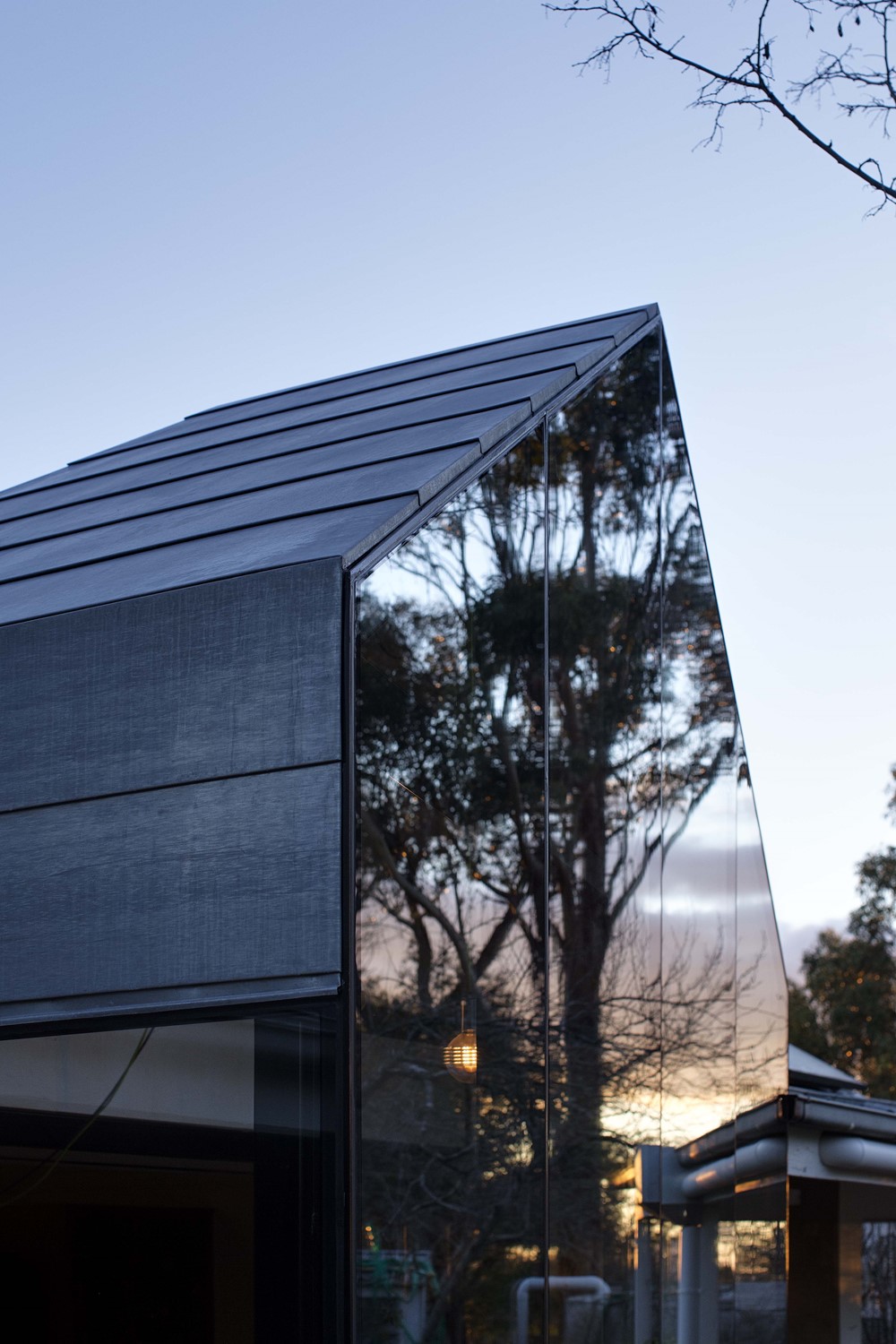 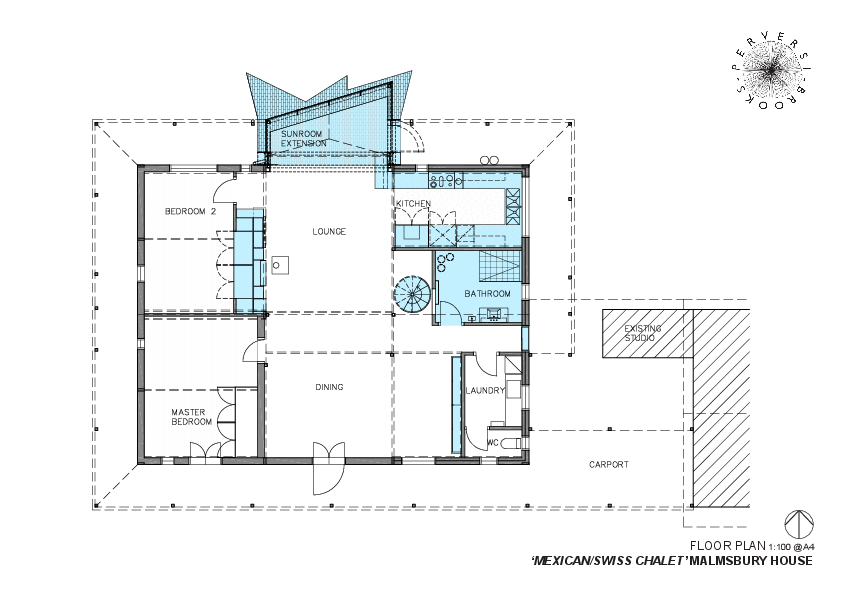 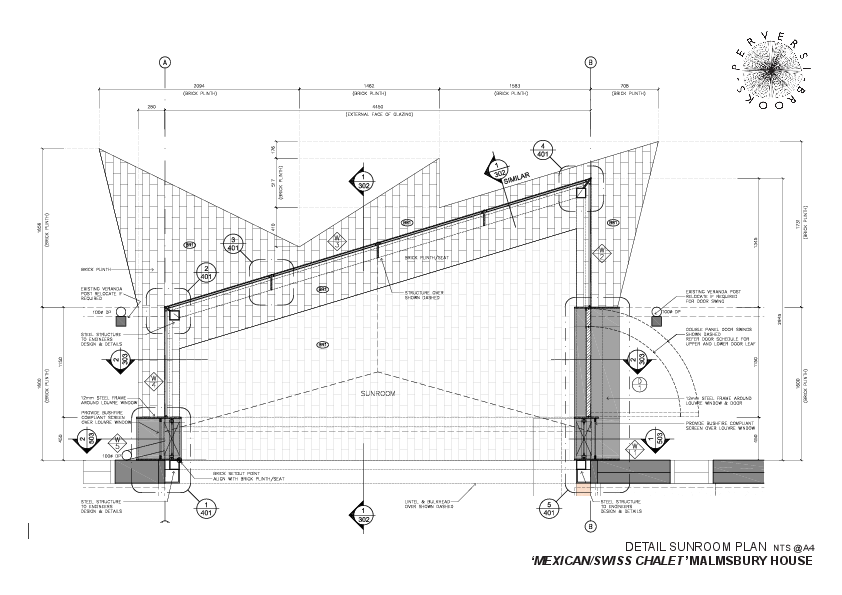 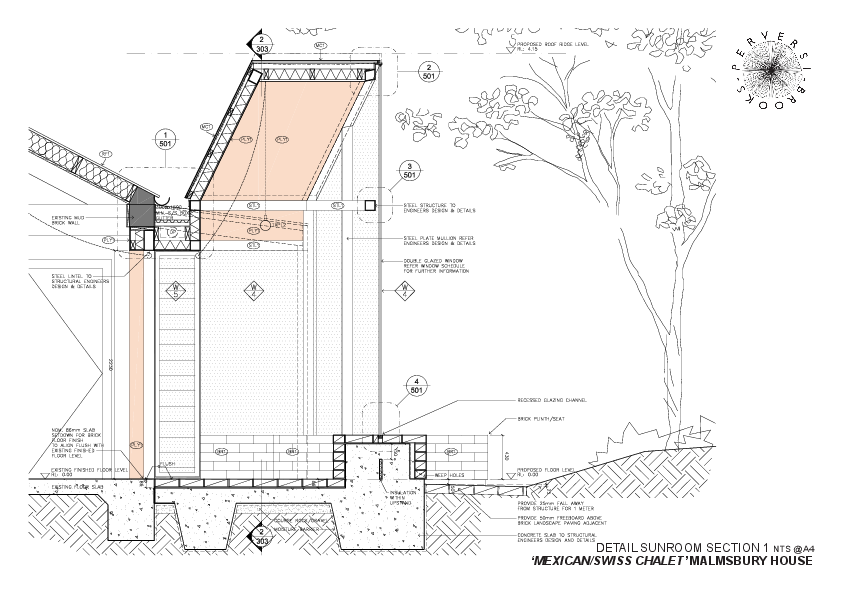 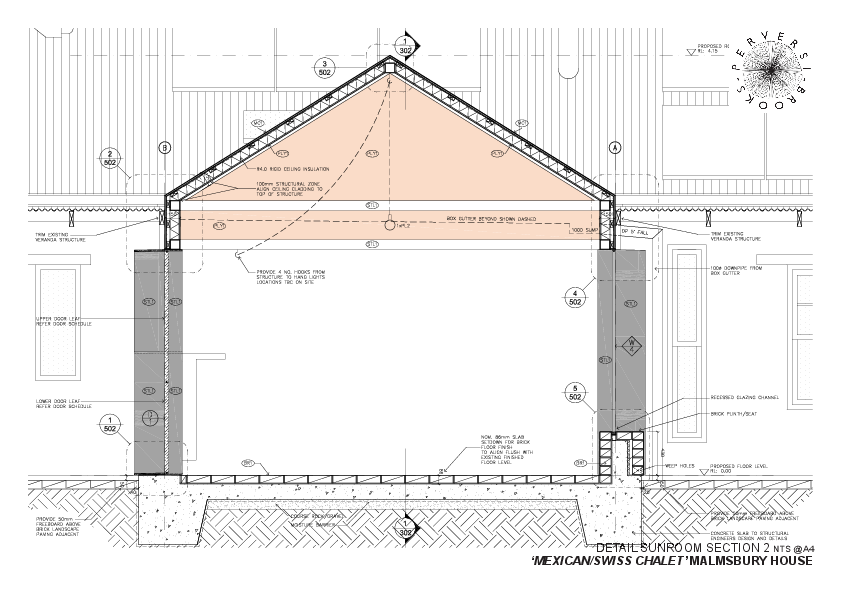 “A Mexican-Swiss Chalet in the Aussie Bush (The owner’s brief) Wow! But shit…what to do…? The client; a Swiss (French-speaking) ex-chef, ex-toy museum owner, collector of all things amazing and bizarre, turned artist, now heavily inspired by Mexican colour, pattern and imagery.

The existing house was a dark, somewhat drab mud-brick owner-built number from the late 1970s, chock-a-block full of an extensive collection of objects, toys, and artworks. The house sits in an established garden just outside the township of Malmsbury.

The site is zoned a ‘Rural Living Zone’, and is subject to a number of overlays: Environmental Significance Overlay, Erosion Management Overlay, and a Heritage Overlay. The property is also within a bushfire prone area.

The owner and his partner found the whole place too dark, they needed more light to be happy in the space. They also wanted more wall space and display cabinets for his collection. A small (10m2) glazed sunroom extension was added to provide a space to sit and read, or eat breakfast – inside the comfort of the home – but nestled within the well-established landscaped area to the north of the existing house, providing a space for the owner to appreciate the garden in the warmth of the sun.

The sunroom extension was designed to draw more light deeper into the living areas, but also to visually extend the living space of the house out into the landscape. A brick floor within the sunroom internally folds up into a seated plinth edge which slips through full height glazing to become a strong geometric plinth in the garden.

The idea over time is to have pots and plants strewn across this geometric form, creating a ‘fuzzy’ edge between the building and the landscape. The interior of the house was gutted of the kitchen, bathroom and the two stairs.

The shell of the existing structure (mud brick, traditional brick, timber and other linings) were all painted white to lighten and brighten the whole volume of space. Within this volume were introduced a new Kitchen with timber veneer fronts, overhead cupboards, and stainless steel bench tops, robust enough to deal with the punishment of an ex-chef.

A black steel Spiral stair replaced the two existing timber stairs which ate up valuable floor and wall space. A bridge was also introduced to link the two lofts which were left ‘as-is’ other than a lick of paint and new carpet.

In the lounge area, a large monolithic joinery unit was placed behind the existing fireplace, where one of the stairs once stood, this doubles as a Robe into the second Bedroom, and also holds the TV, stereo, books, and wood storage to the living room side. The joinery acts as a sort of ‘Cabinet of Curiosities’ displaying some of the owners most prized pieces; A 17th century doll, a number of candelabras, a clock, an underwater diver, and a number of toy cars.

An elaborate antique Murano glass chandelier was suspended over the existing large timber dining table, and another display cabinet adjoins the dining area in the space of the second original stair. A third display cabinet was inserted in the place of an old external door, visually opening out the end of the corridor, and displaying more objects from both within and outside the home.

The Bathroom was rejuvenated with crisp white tiles, a heated towel rail, and high-end fixtures and fittings. A custom-designed mosaic fills one wall, incorporating Mexican-like colours in the figure of a large pixelated octopus – a celebratory moment of the owner’s previous passion as a seafood chef.

The ‘underwater’ theme is furthered through three glass pendant lights that cluster in the corner looking vaguely ‘octopussy’… “Sam didn’t blink an eye when our brief was, ‘We want a Mexican/Swiss Chalet in the Aussie Bush’. What’s more, he achieved this outcome.” Jean-Jacques Lale-Demoz & Pauline Healy – Malmsbury House”