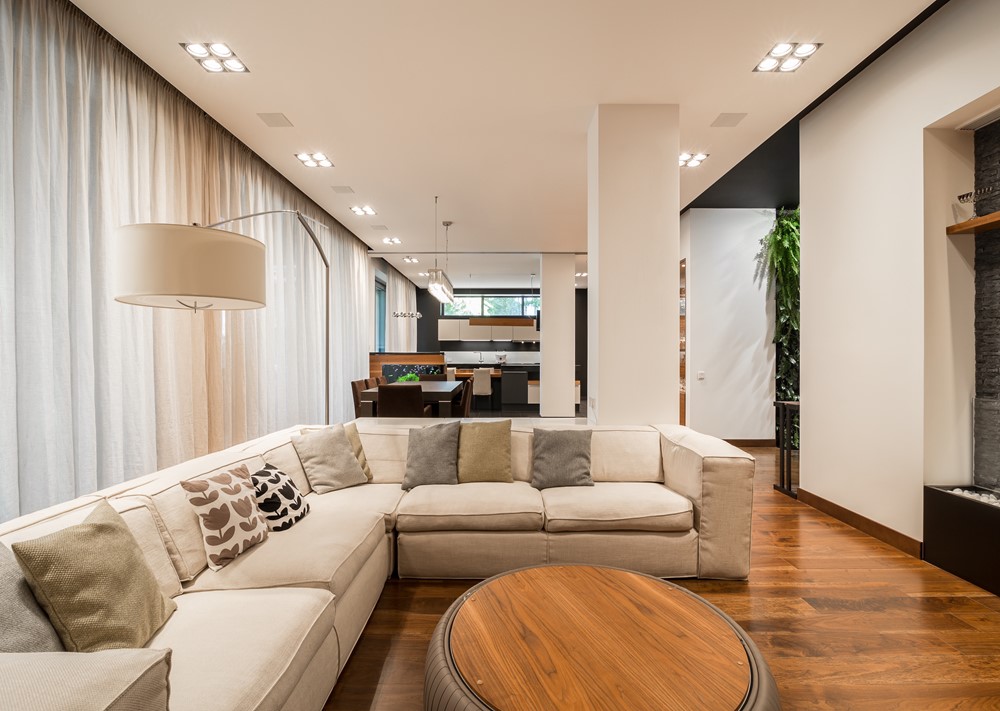 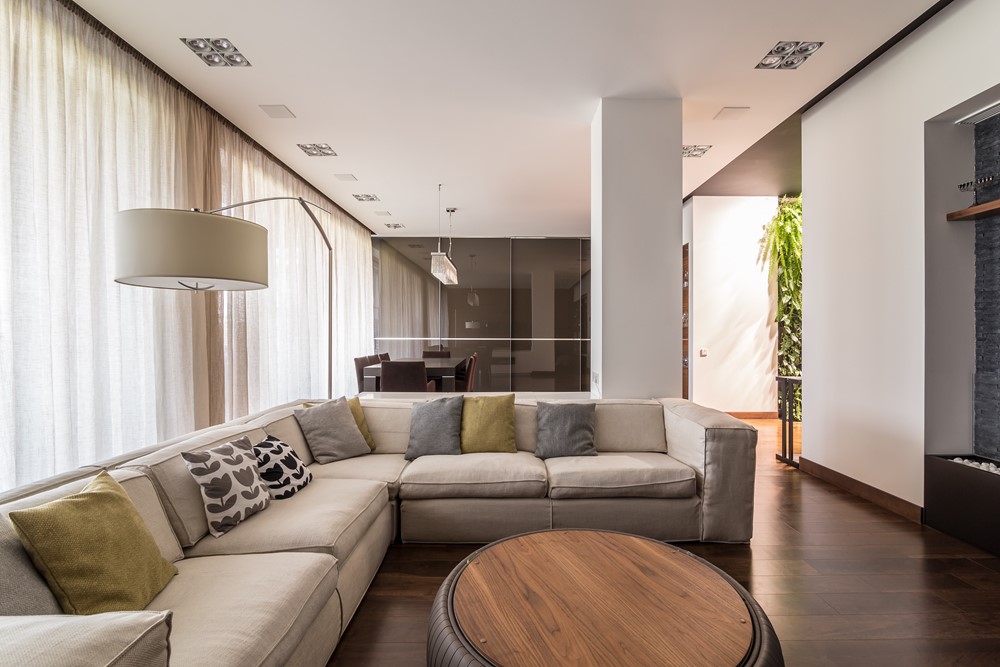 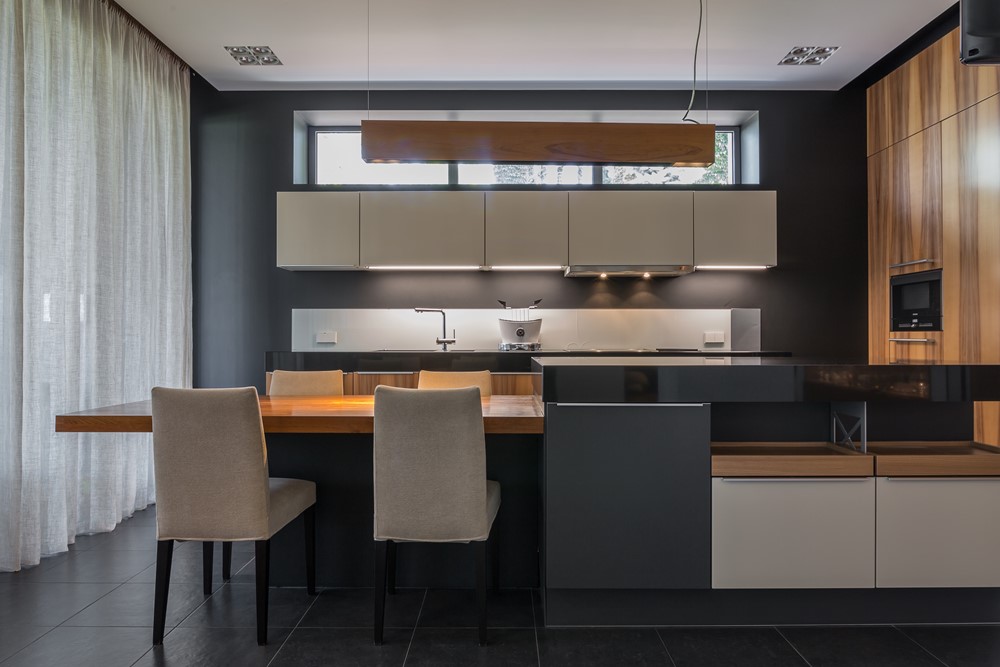 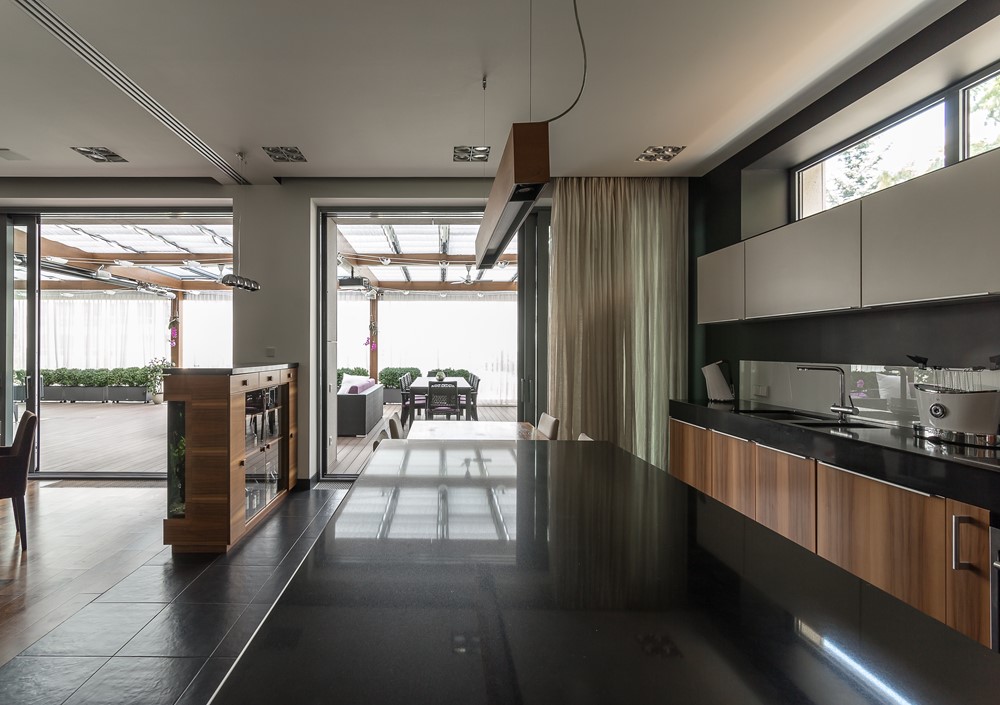 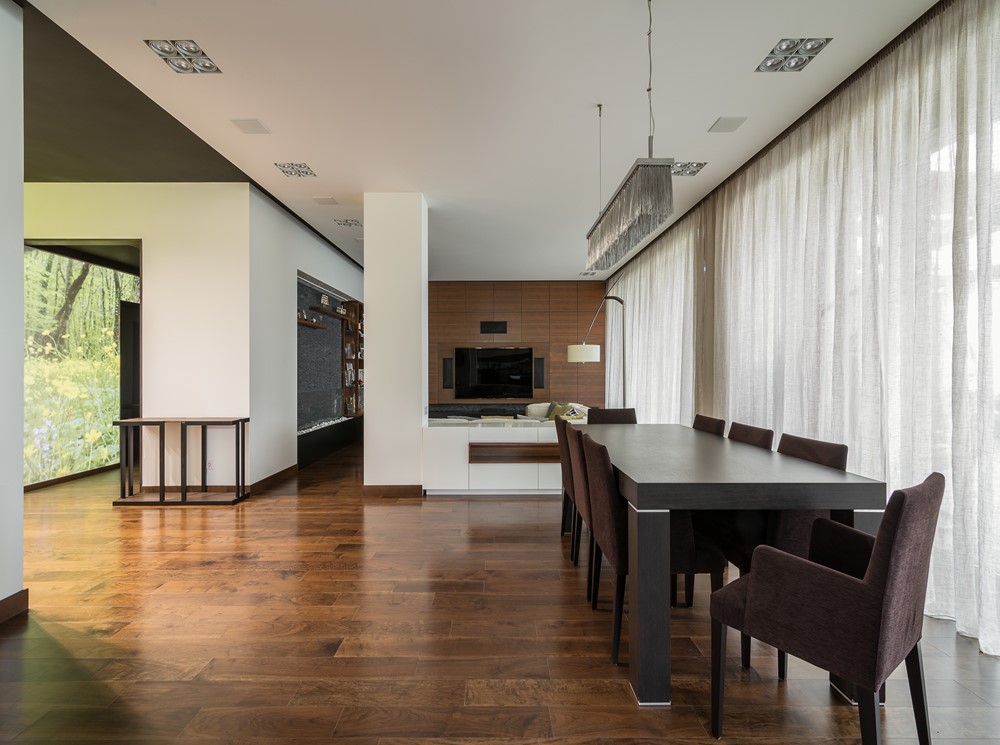 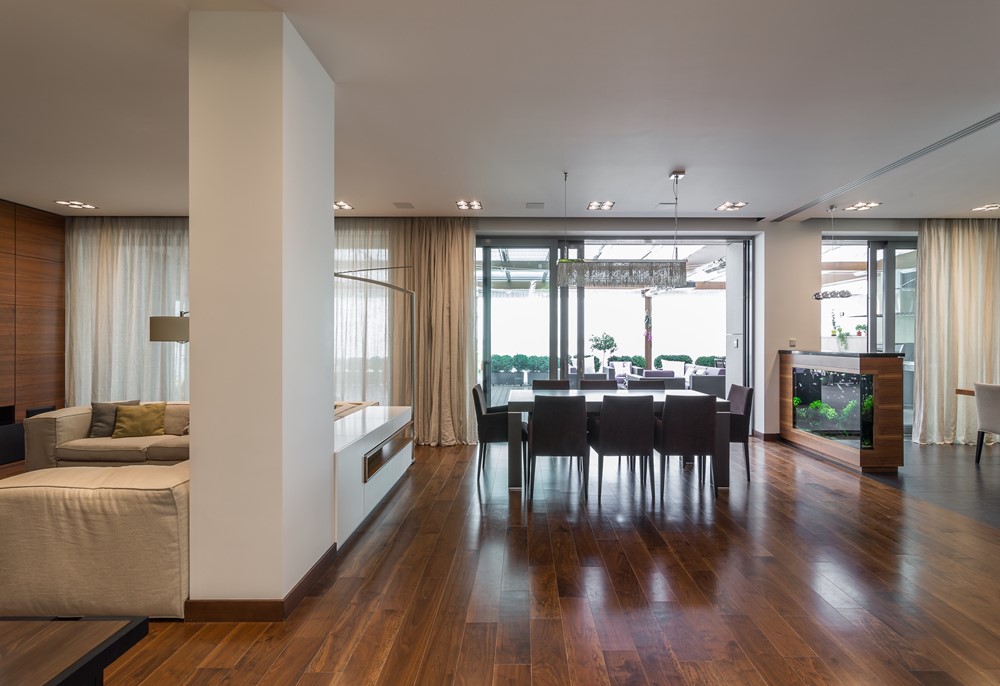 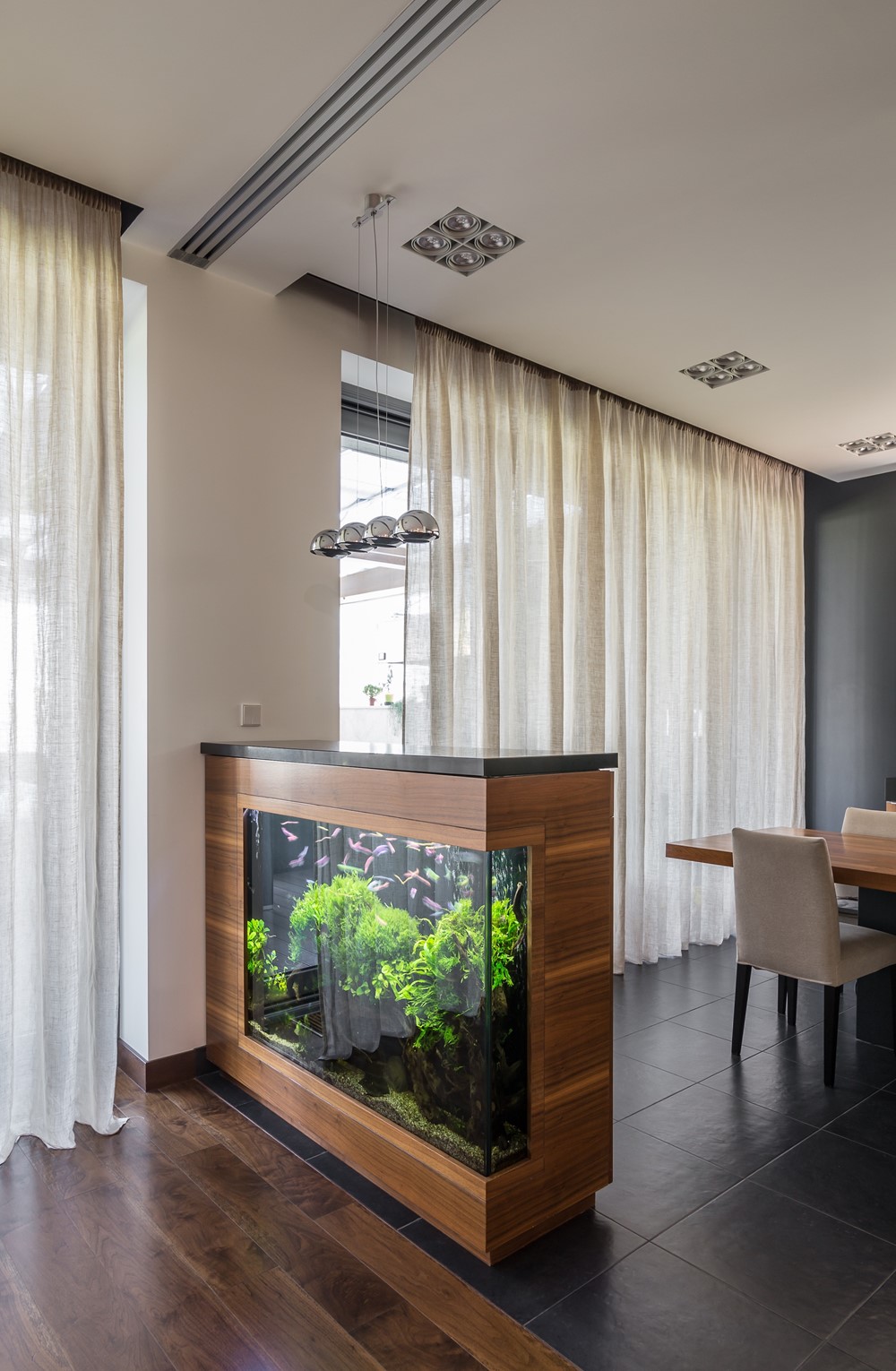 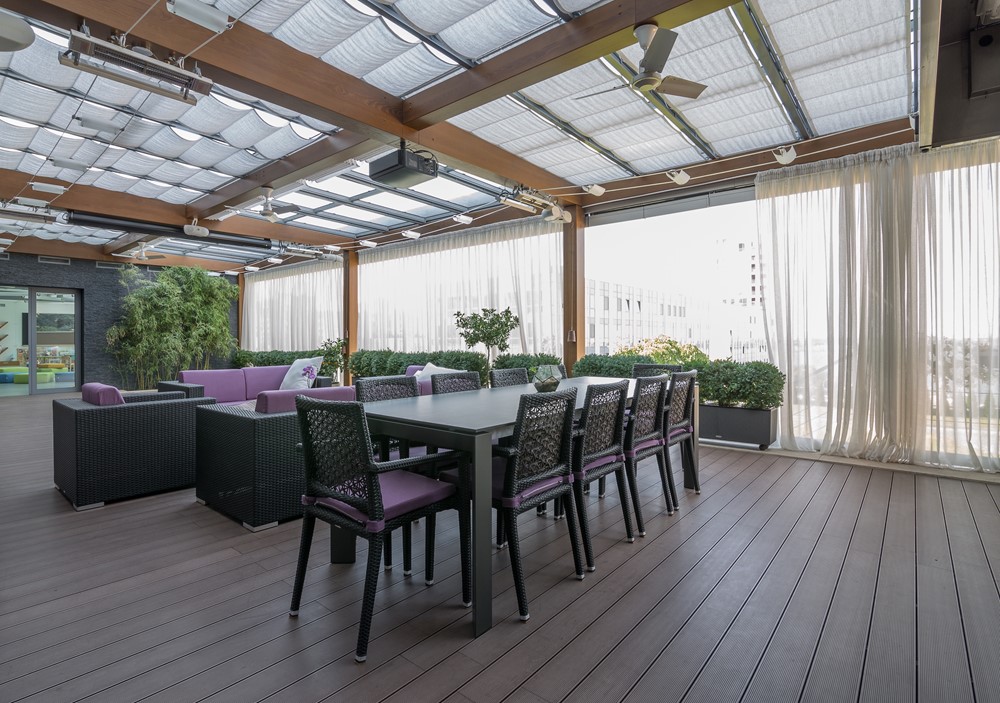 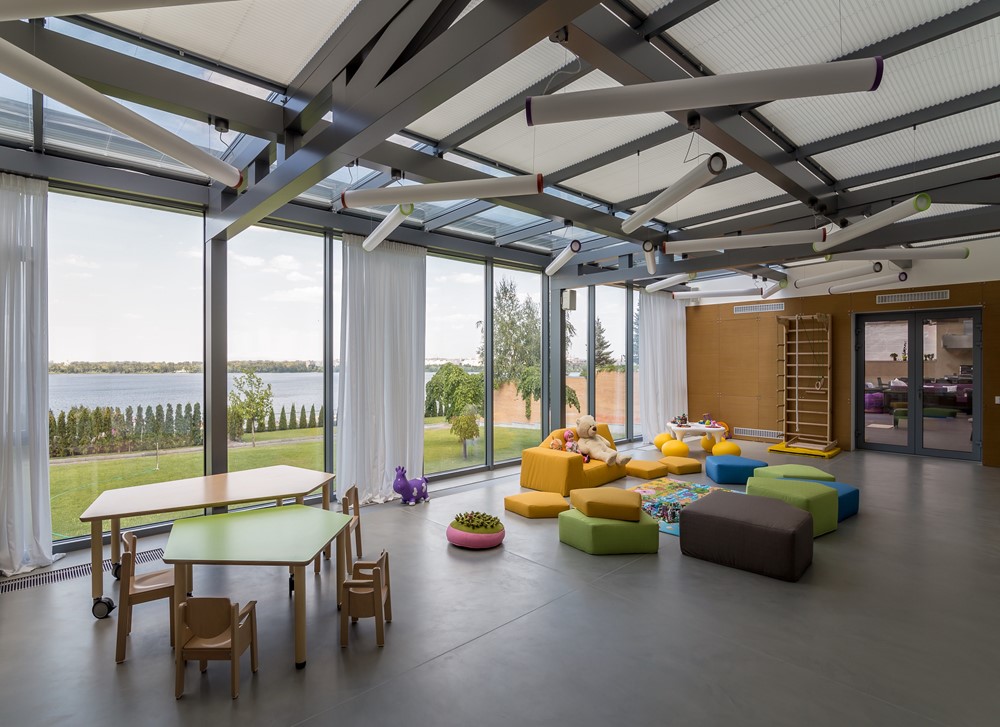 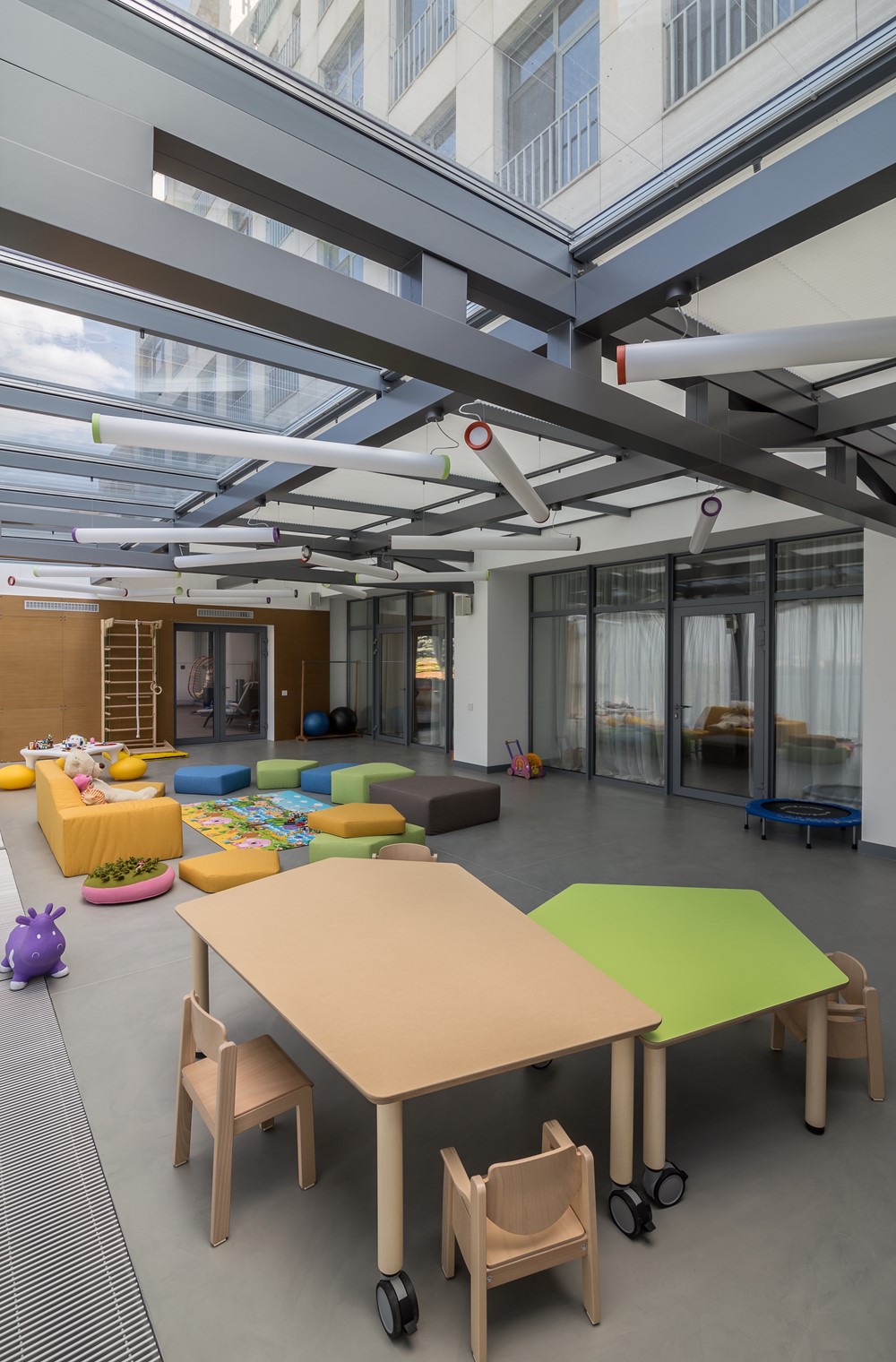 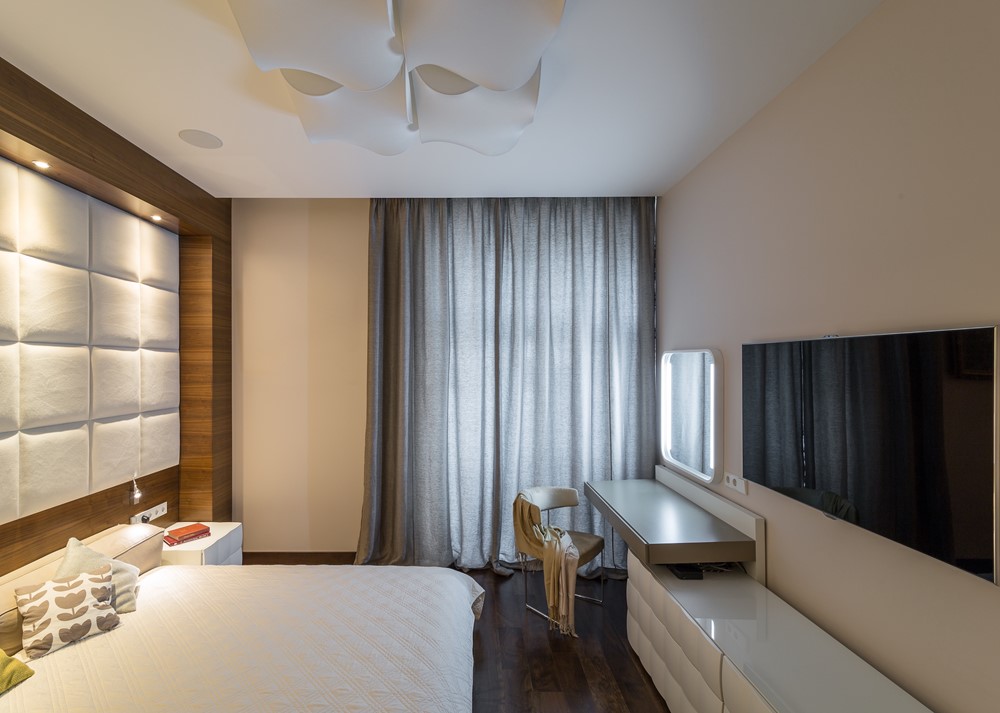 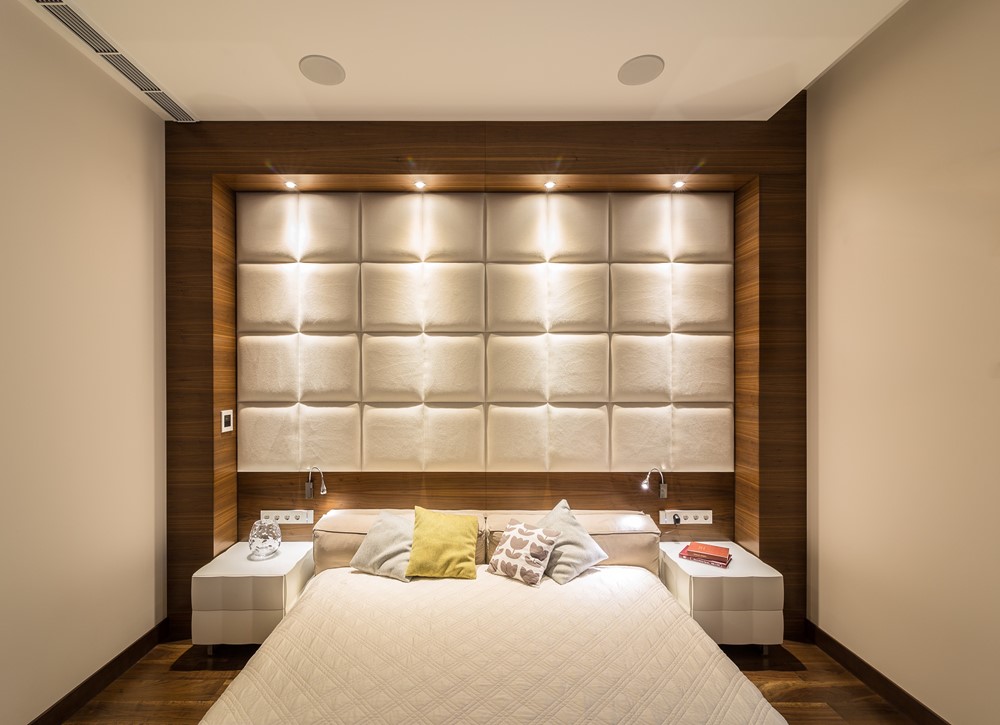 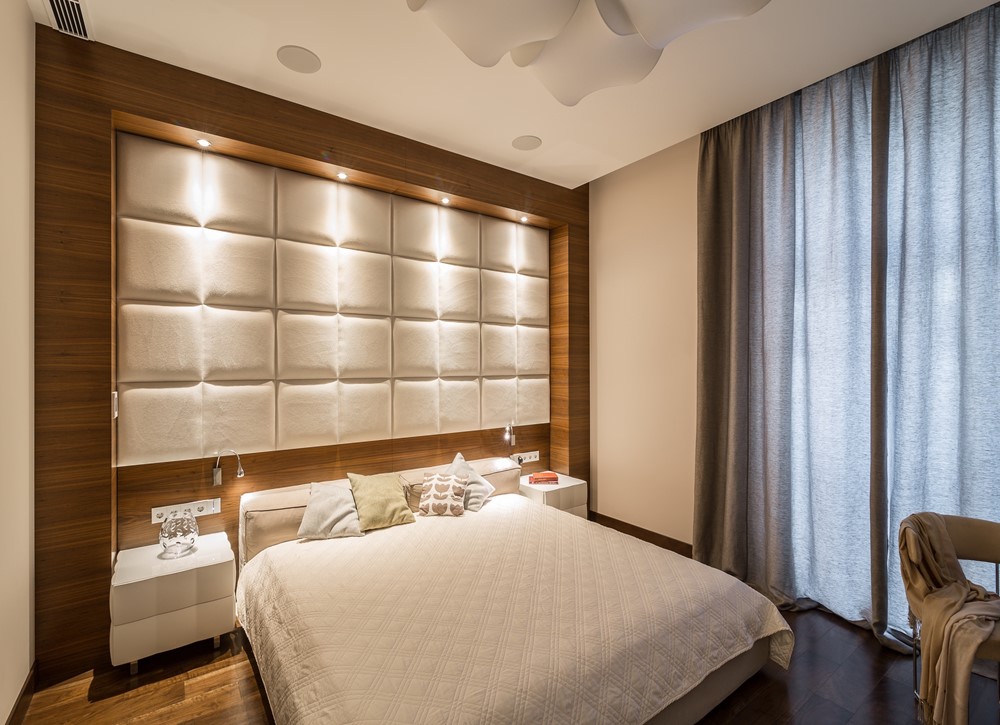 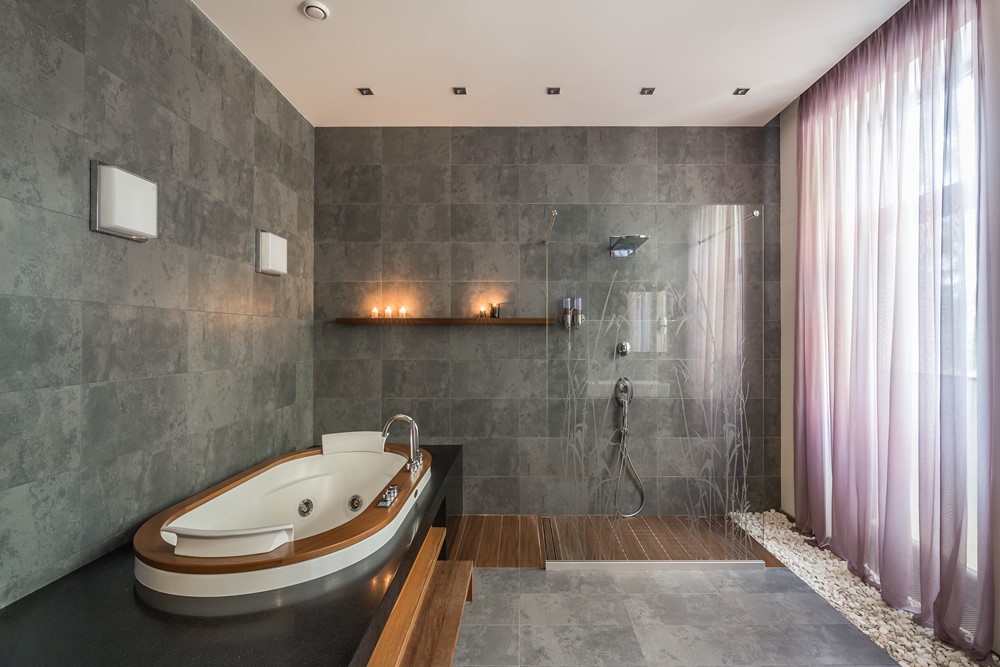 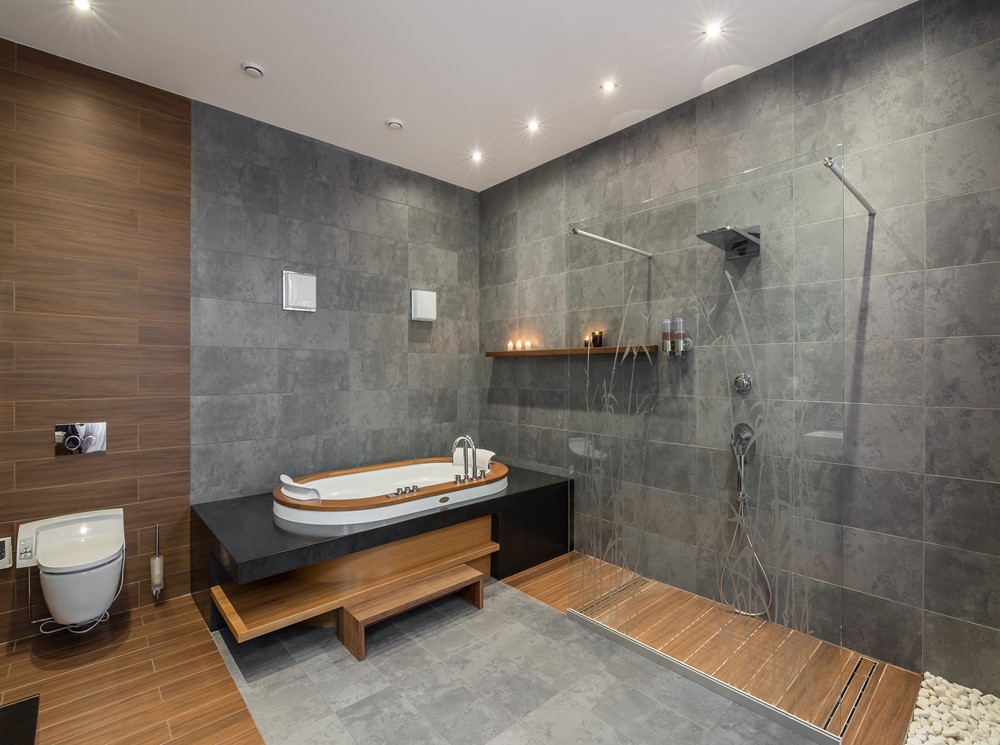 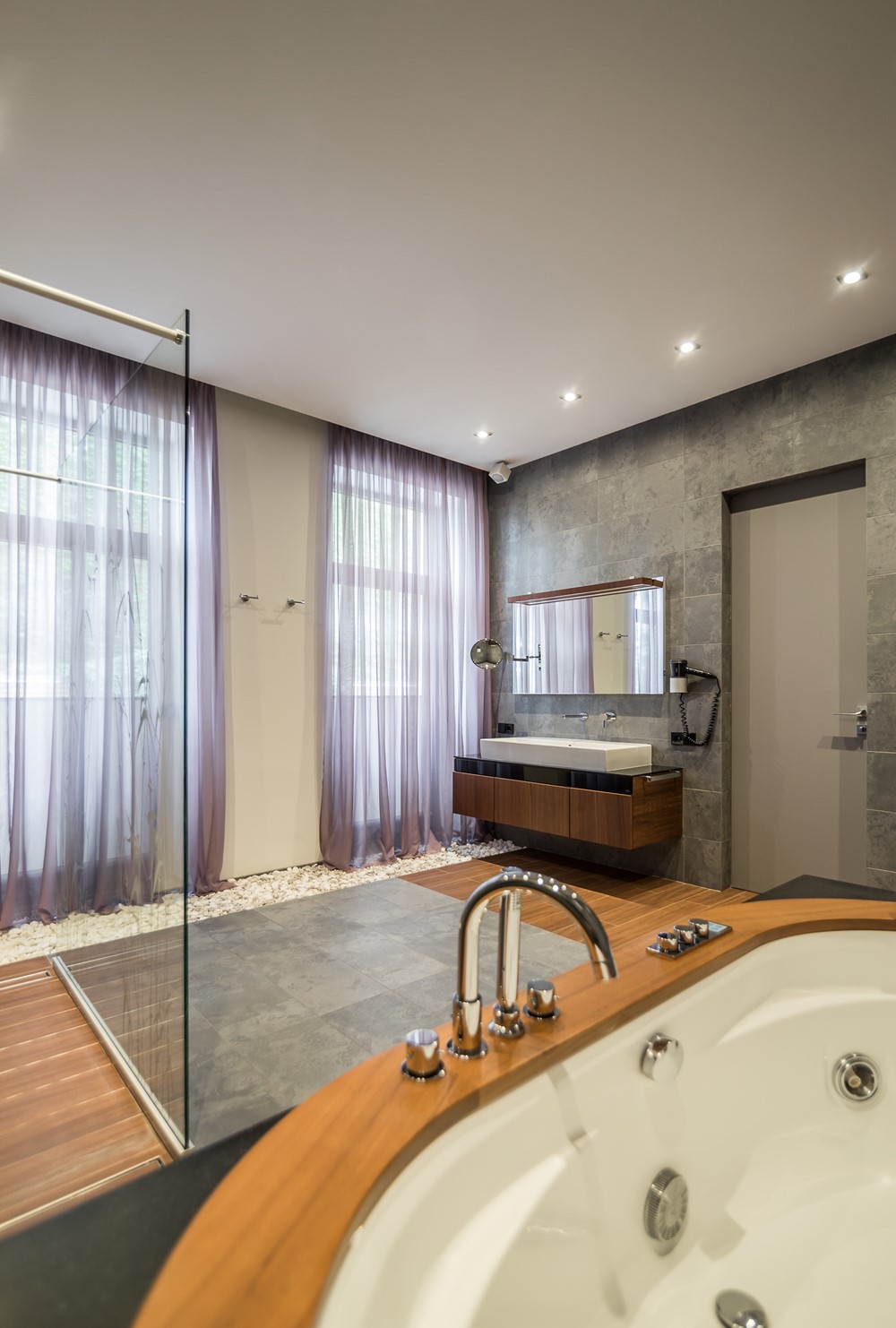 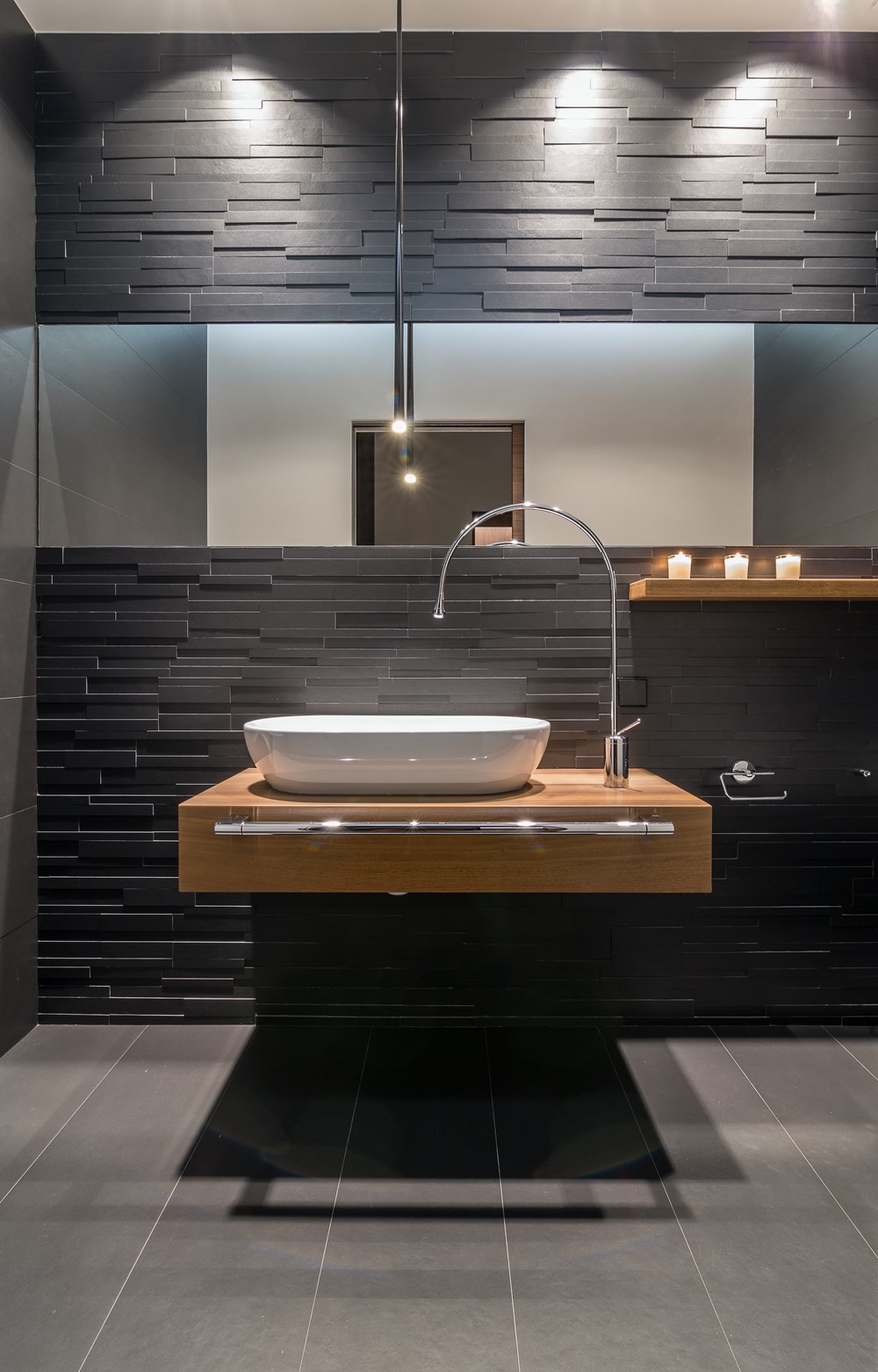 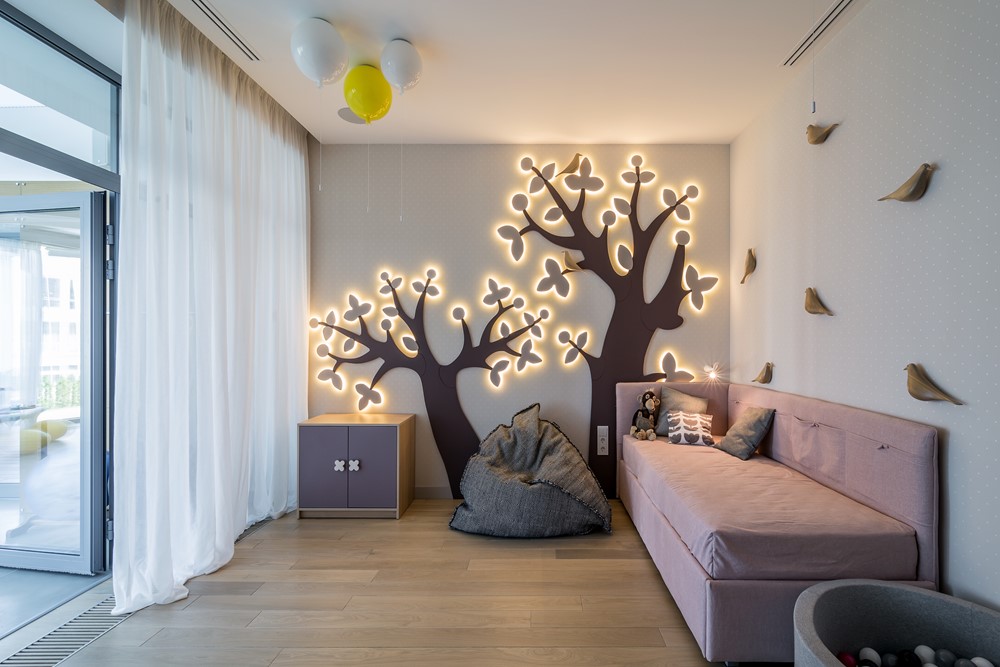 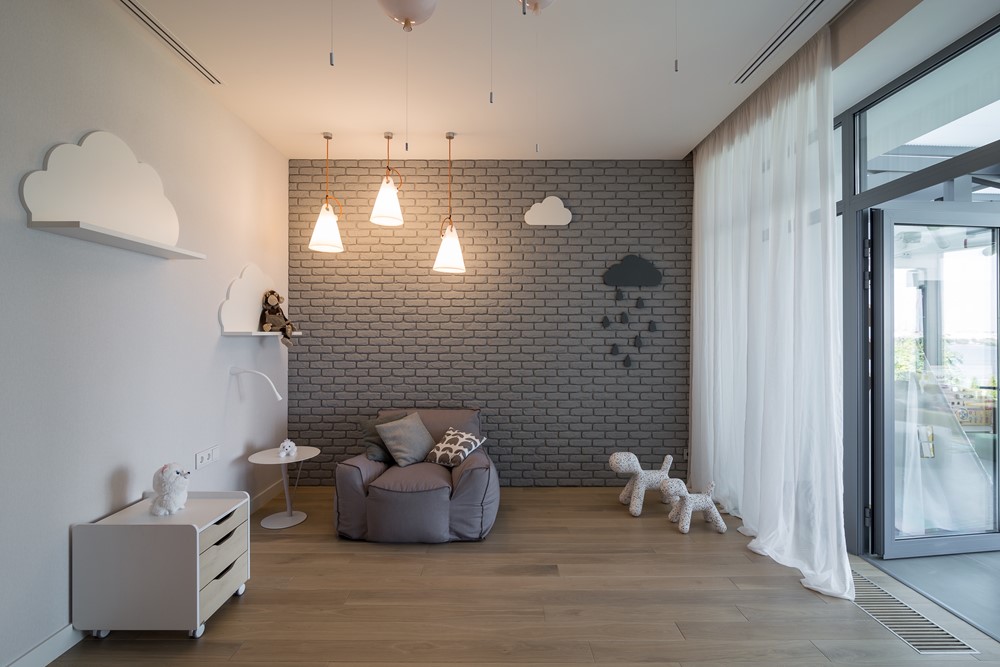 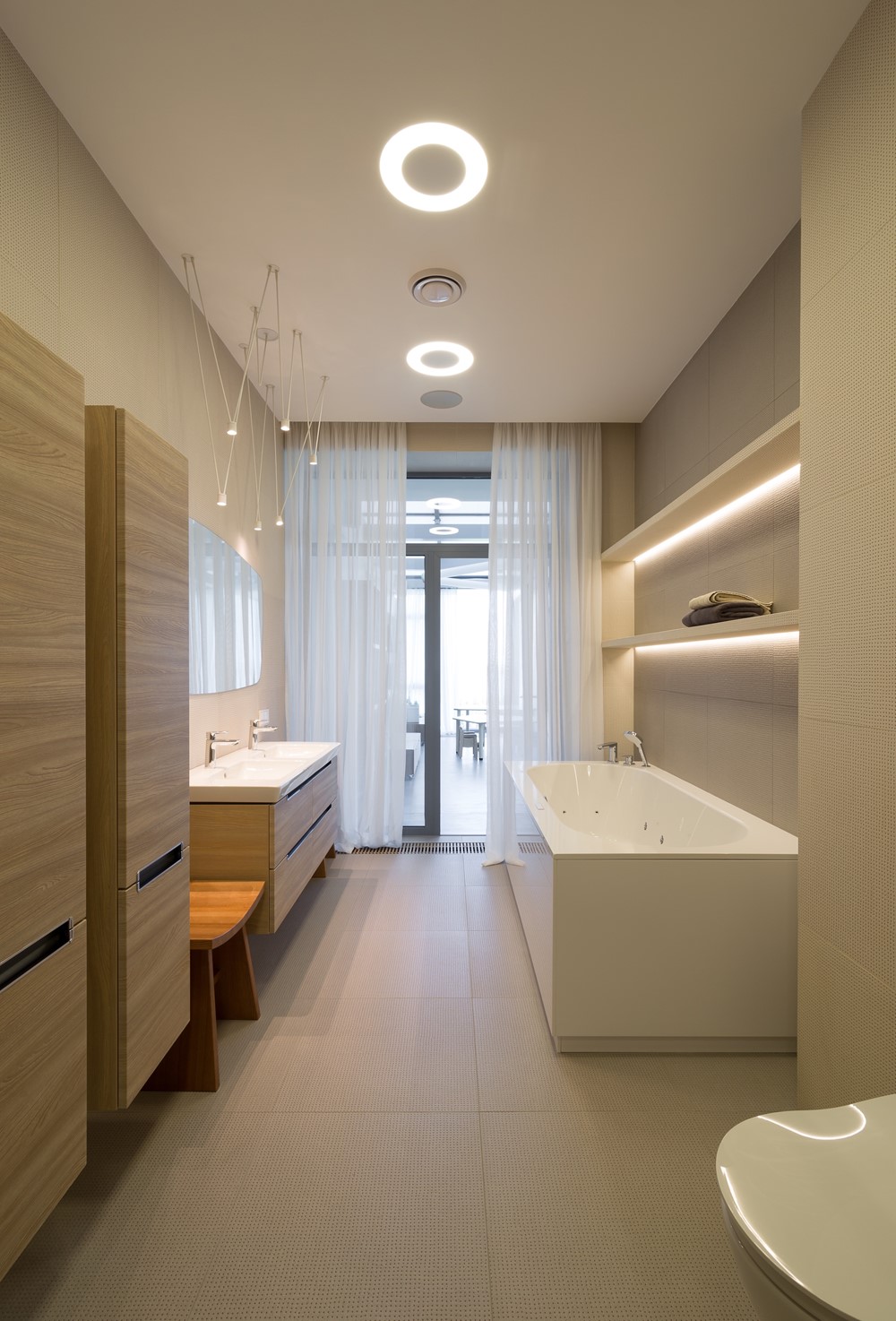 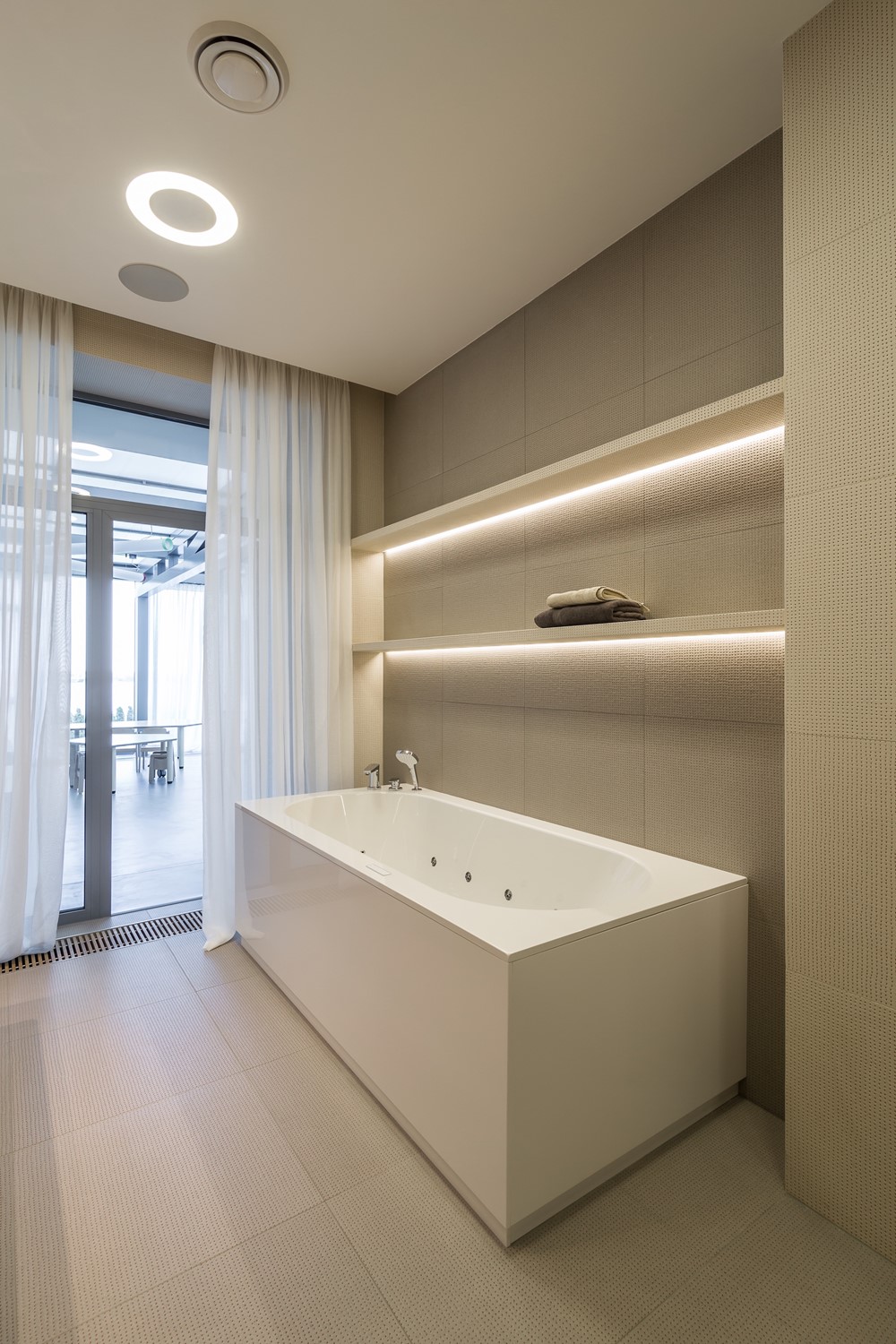 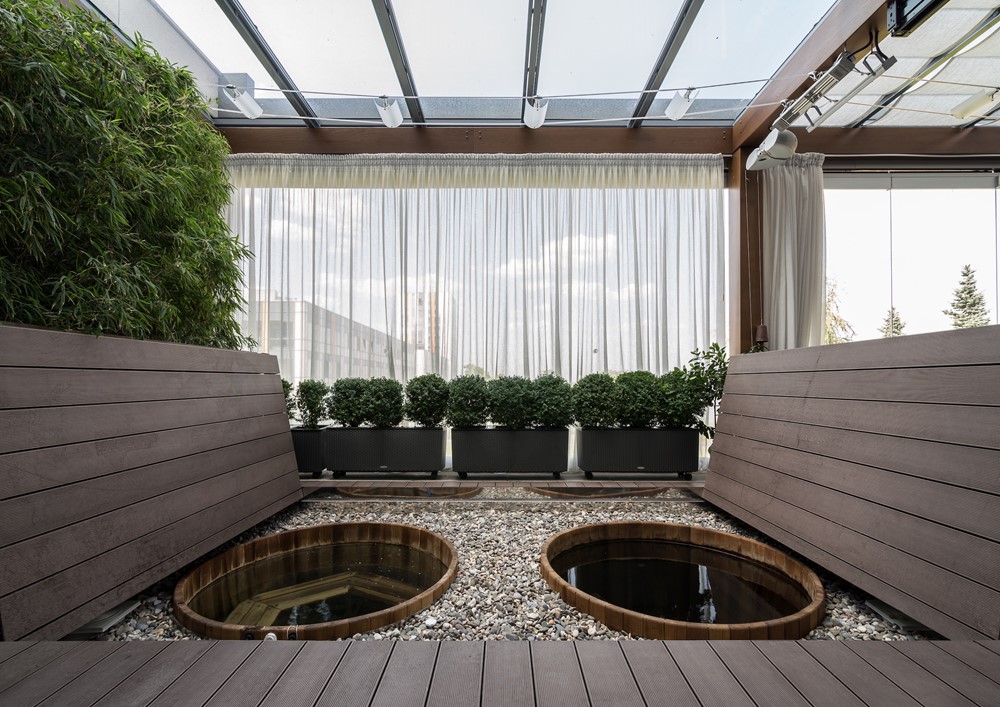 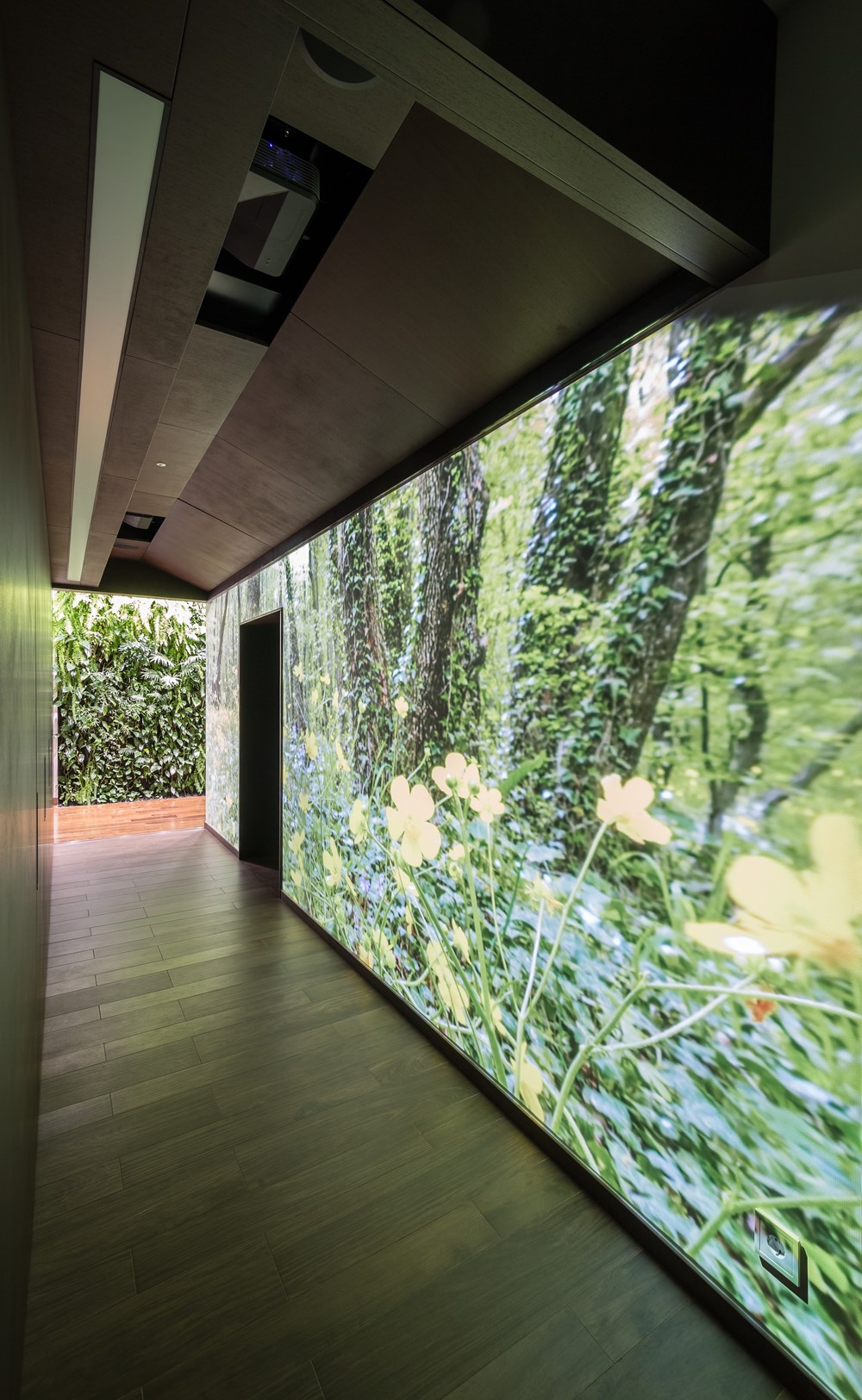 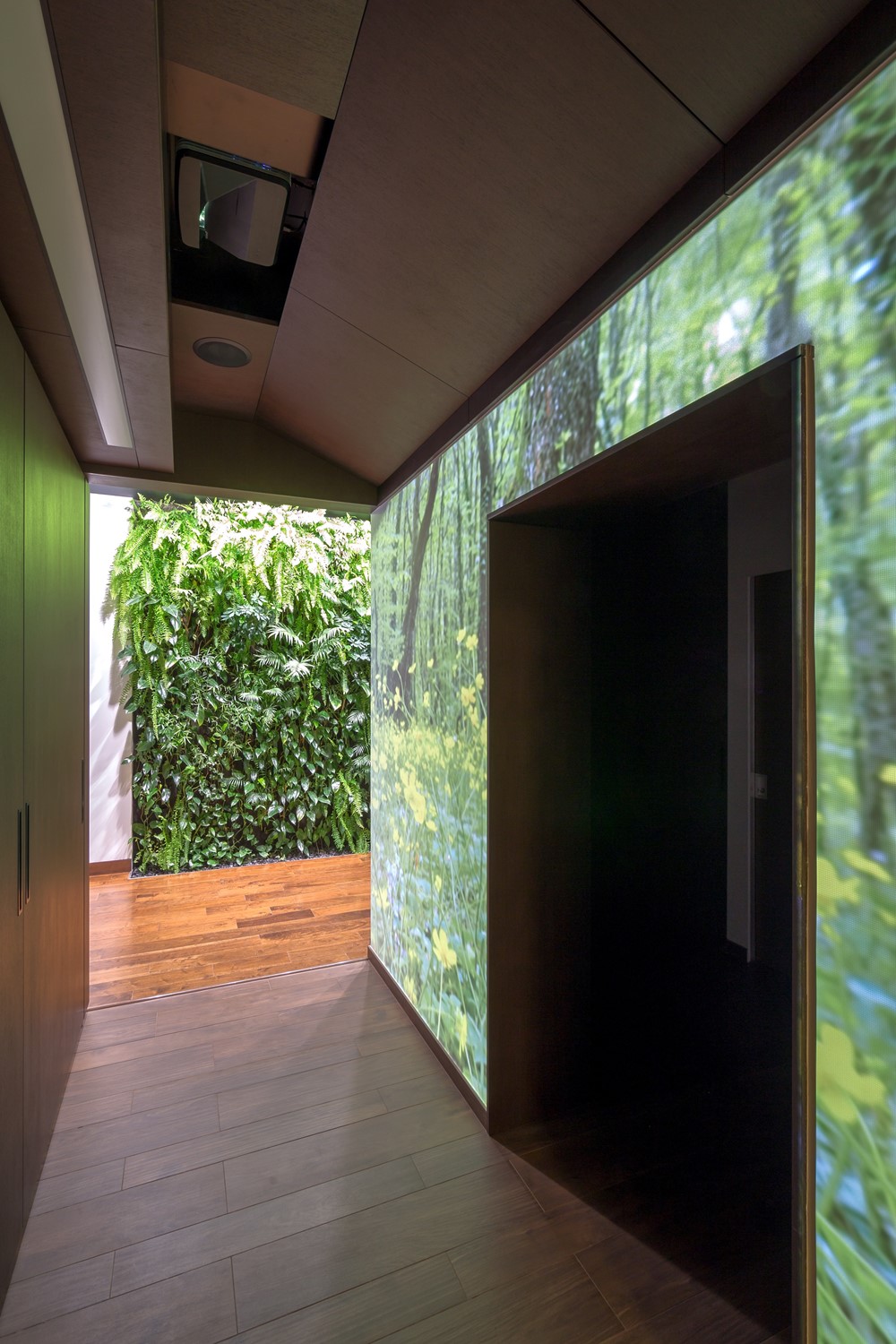 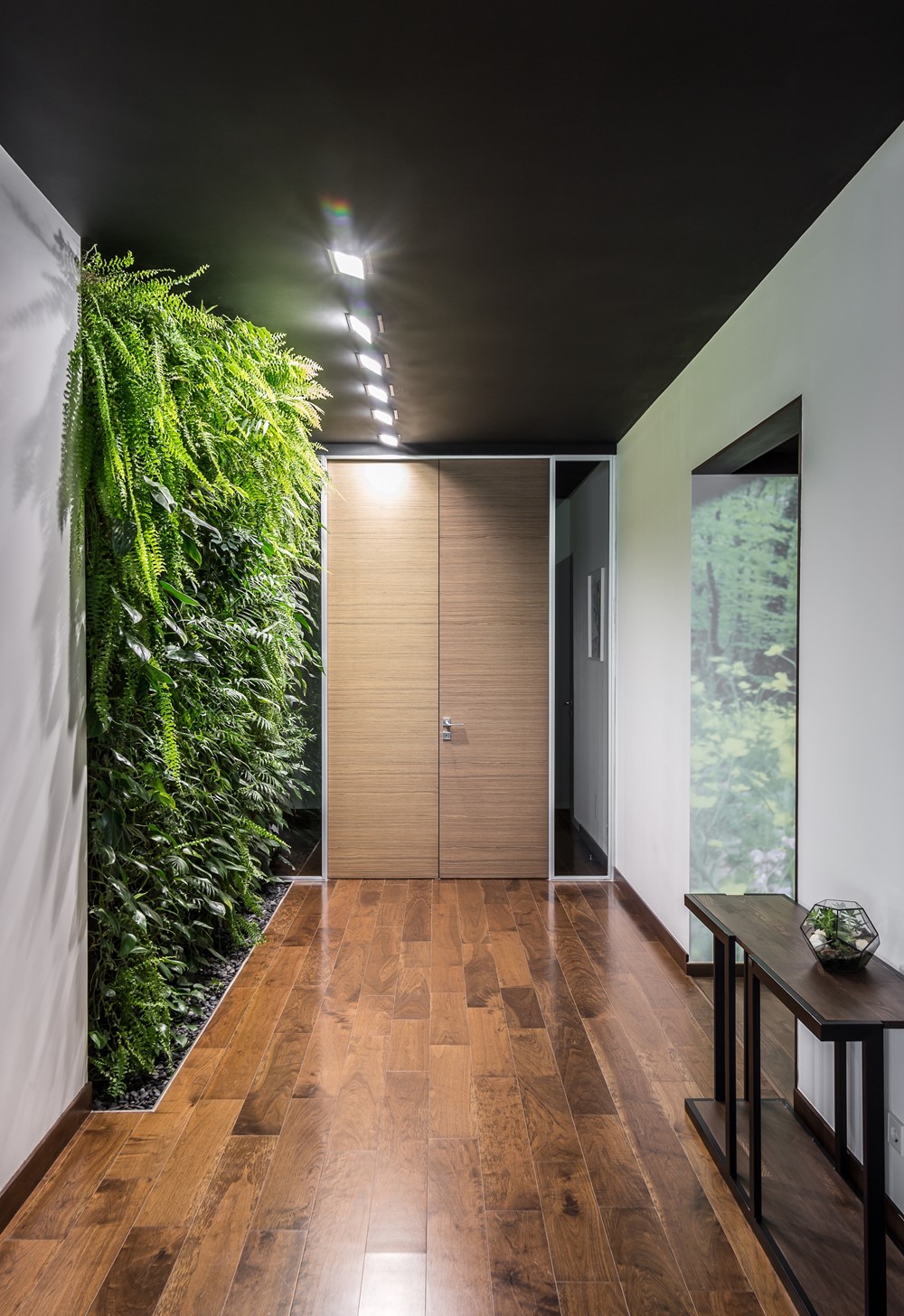 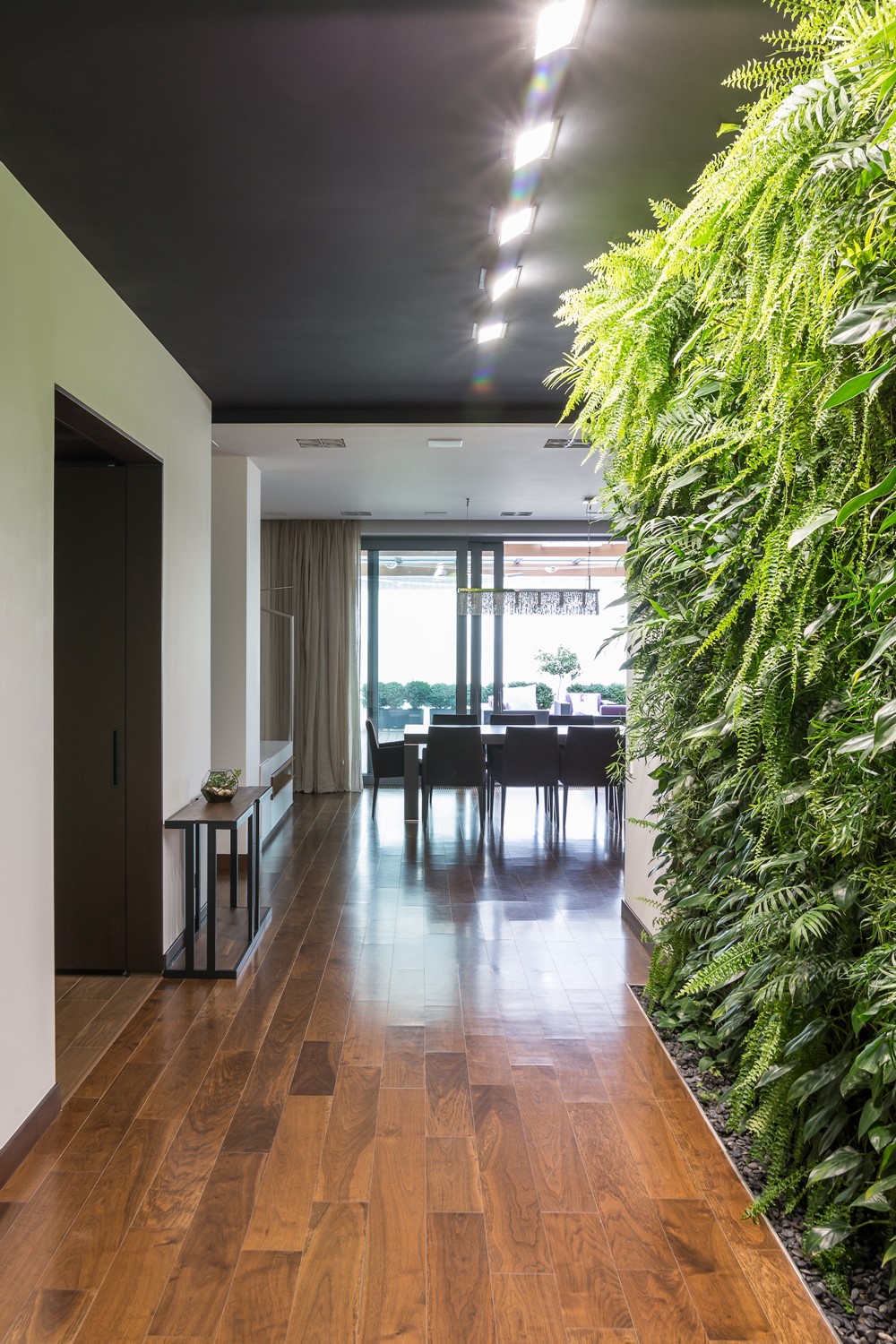 Then, in two years, the customers asked the question of expansion, so the second apartment was purchased. But before the purchase, new plans were developed, as well as the scheme and sequence of construction work. As a result, the most comfortable space with the desired set of rooms was obtained. A spacious kitchen with a separate exit to the terrace is separated from the dining room and the living room of the sliding system. The children’s zone is placed in a separate block and includes separate bedrooms, a bathroom, a wardrobe and a spacious, warm, light play-terrace. The block for owners with a wardrobe and a bathroom is taken out in a separate part. An interesting feature of the apartment was a panoramic terrace overlooking the Dniper, on which one could spend a whole complex for relaxation, including: a barbecue area, a lounge with a projector and a descending screen, as well as two Japanese pools with cold and hot water, which for security is covered with sliding floors, The final highlight was an interactive permanent installation, first implemented in Ukraine. It completely dissolved the long corridor, which arose as a result of the combination of the old and the new part of the apartment.