Elizabeth Beach House is a project designed by Bourne Blue Architecture in 2013 covers an area of 264.0 sqm and is located in Elizabeth Beach, Australia. 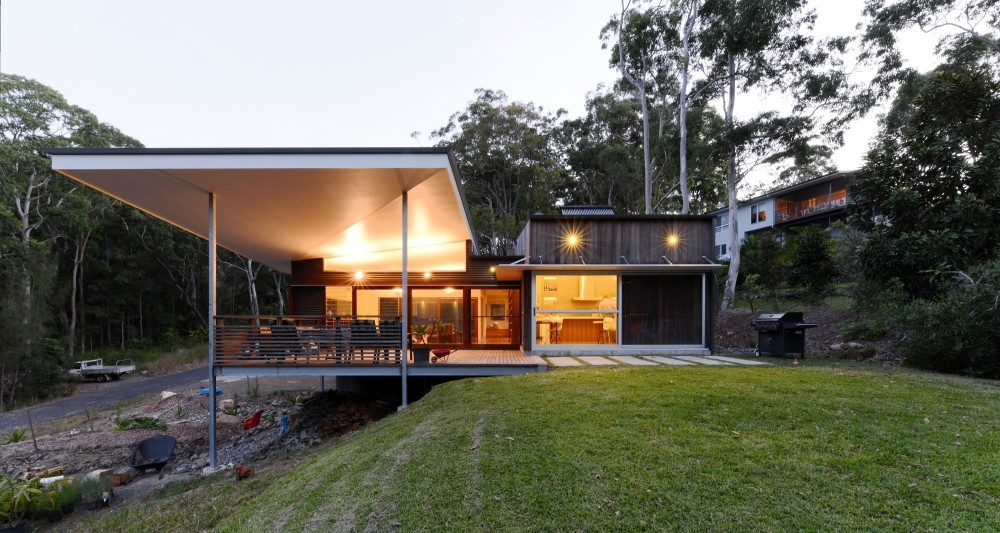 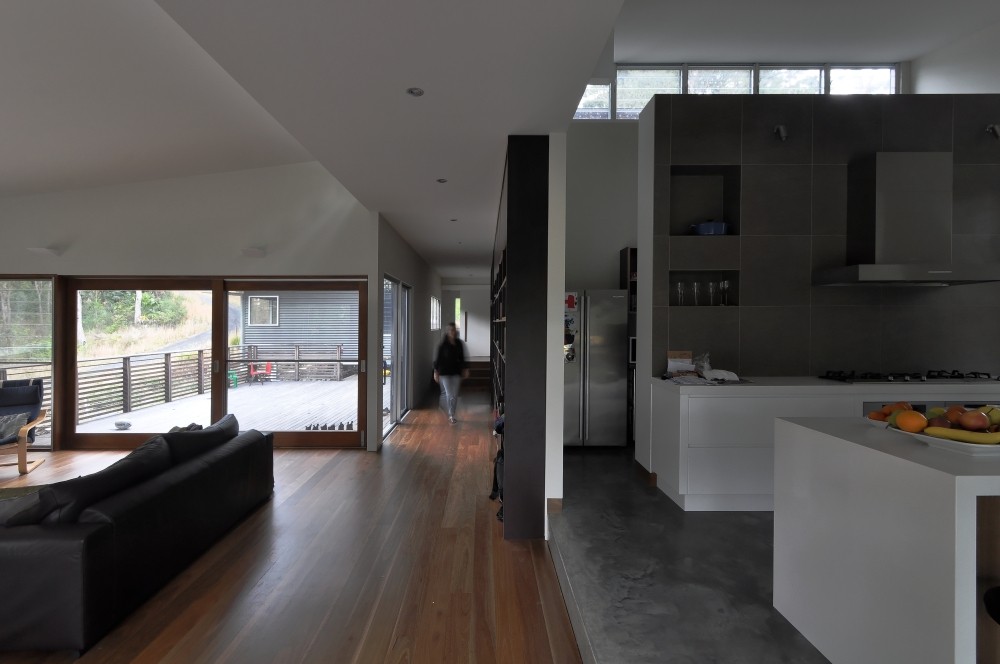 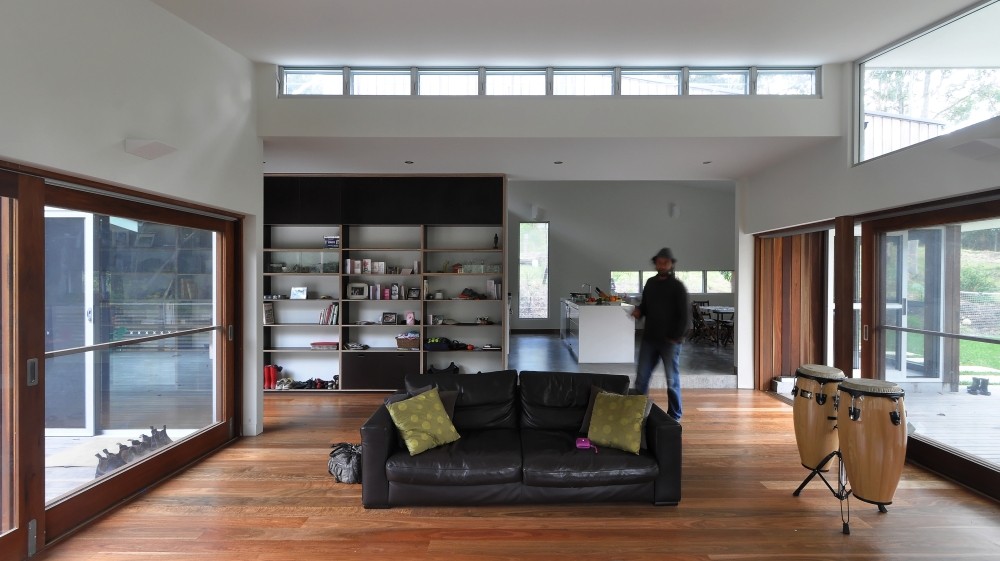 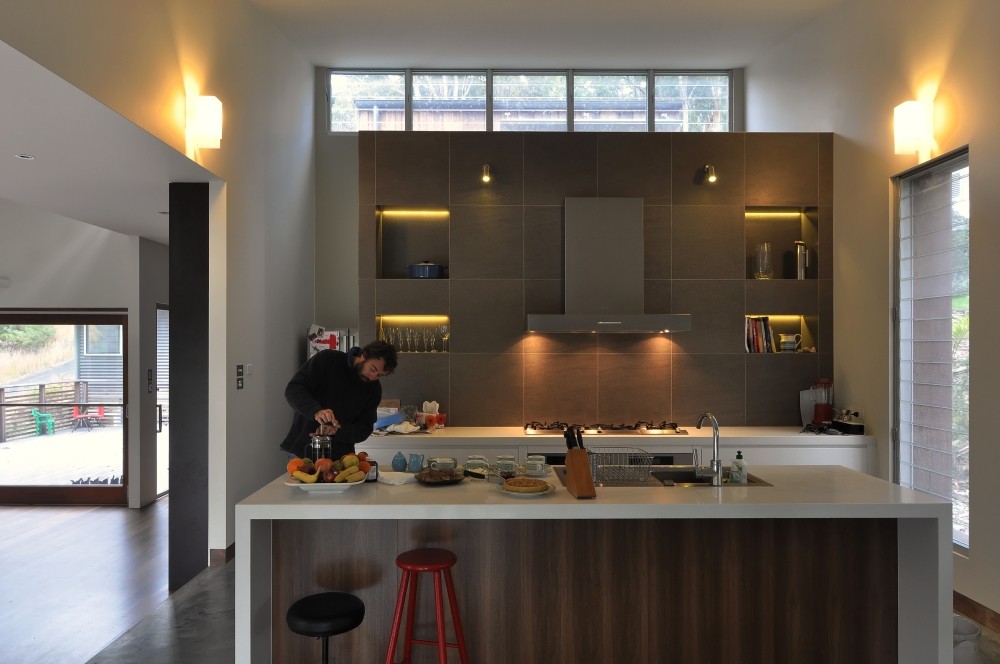 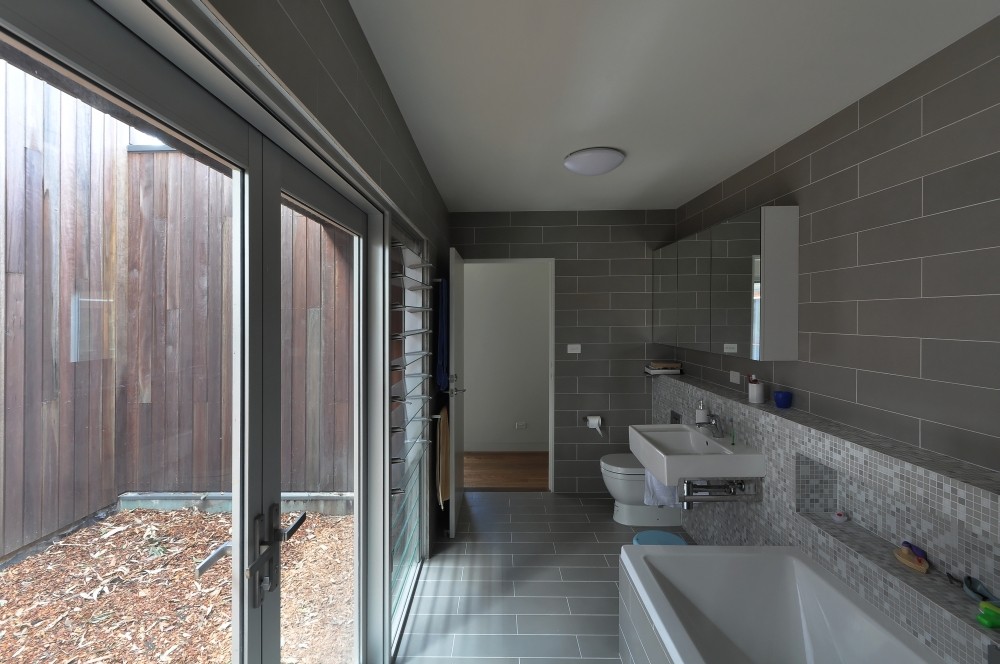 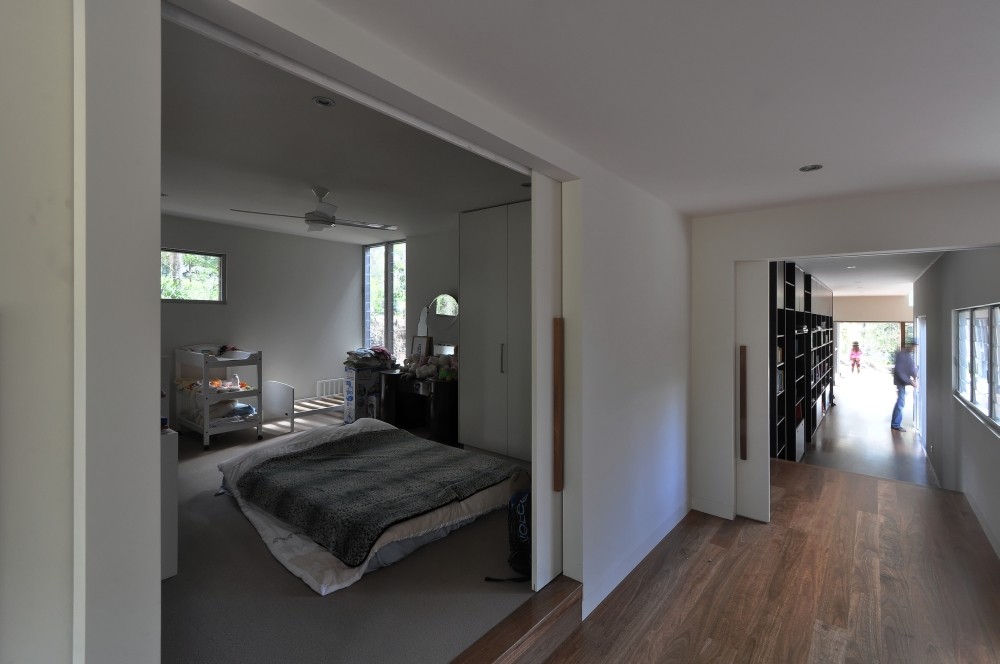 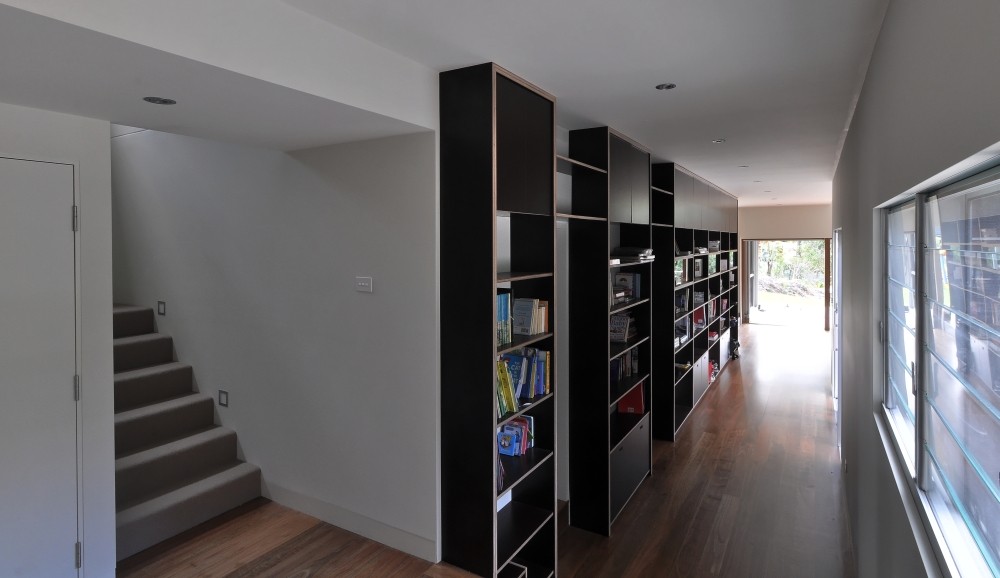 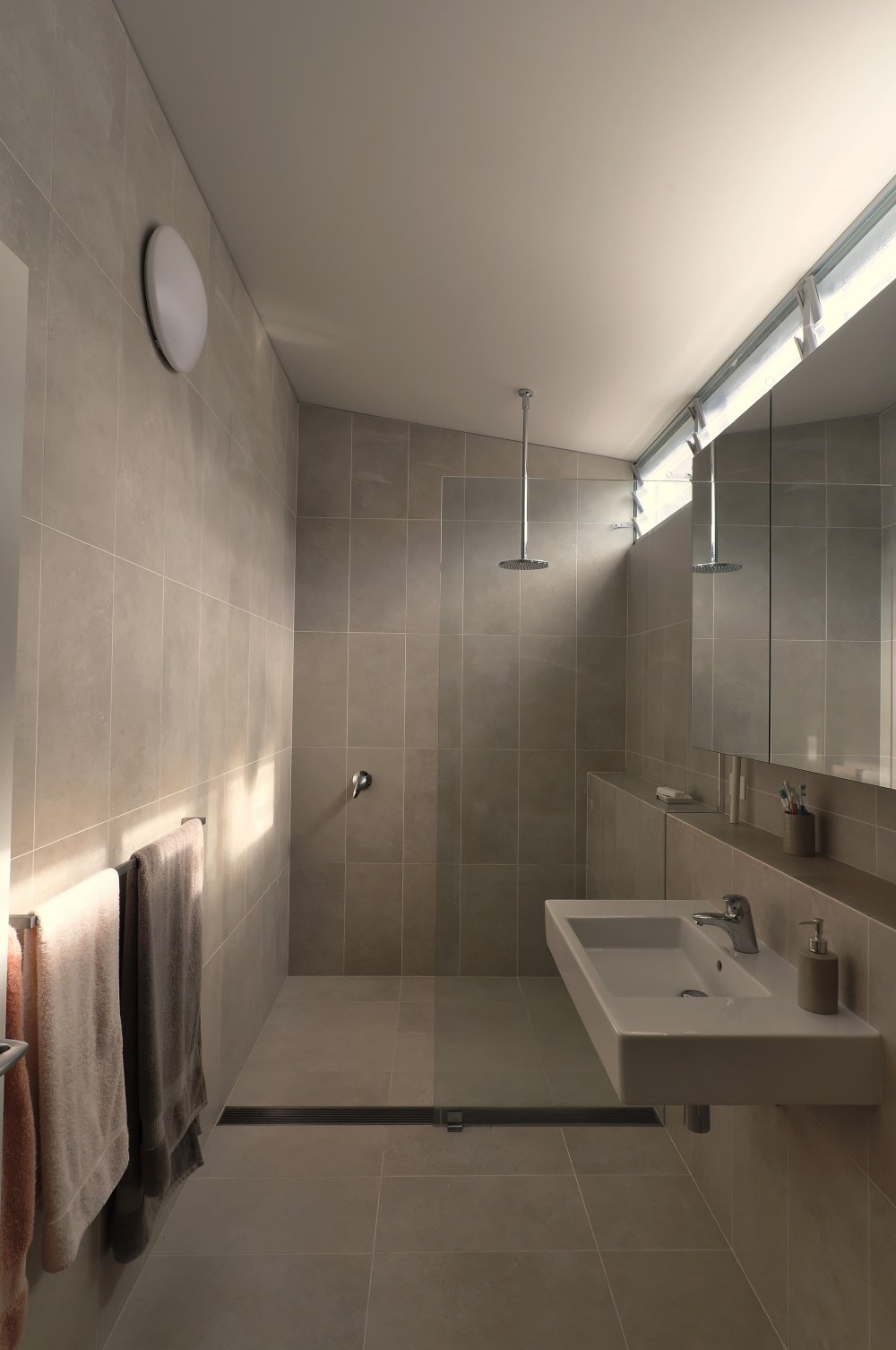 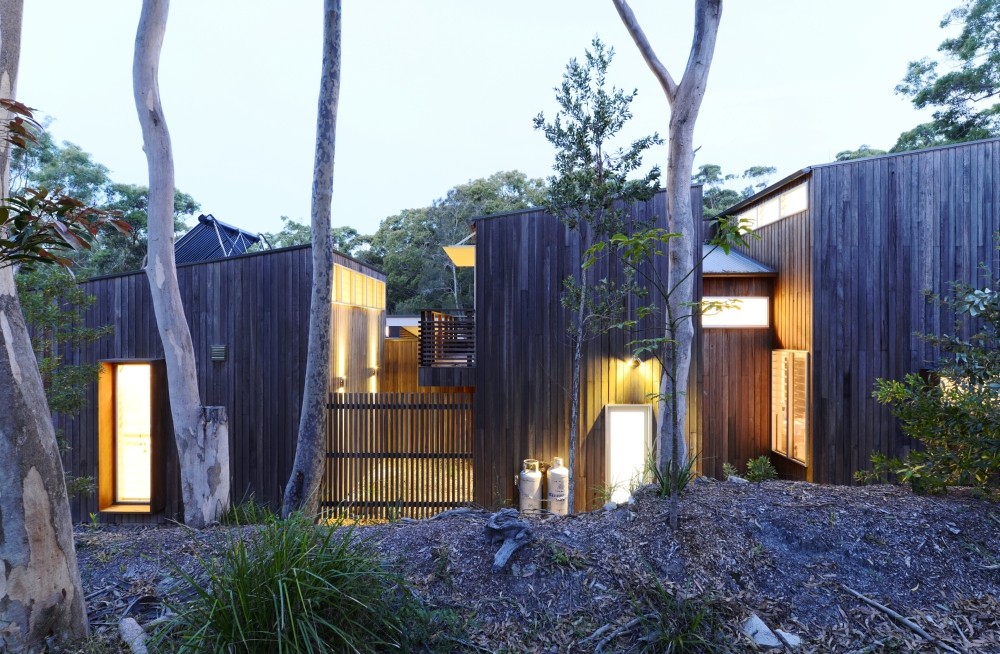 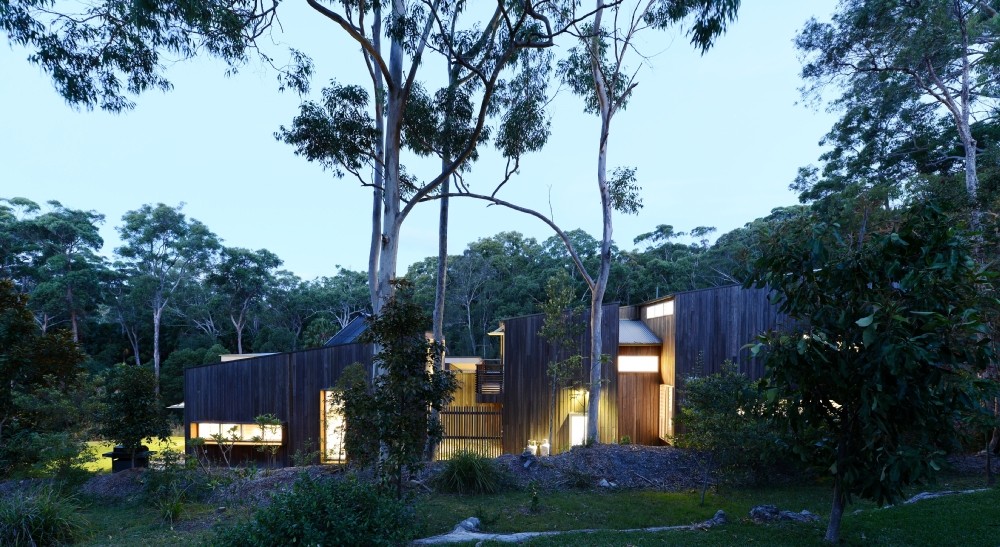 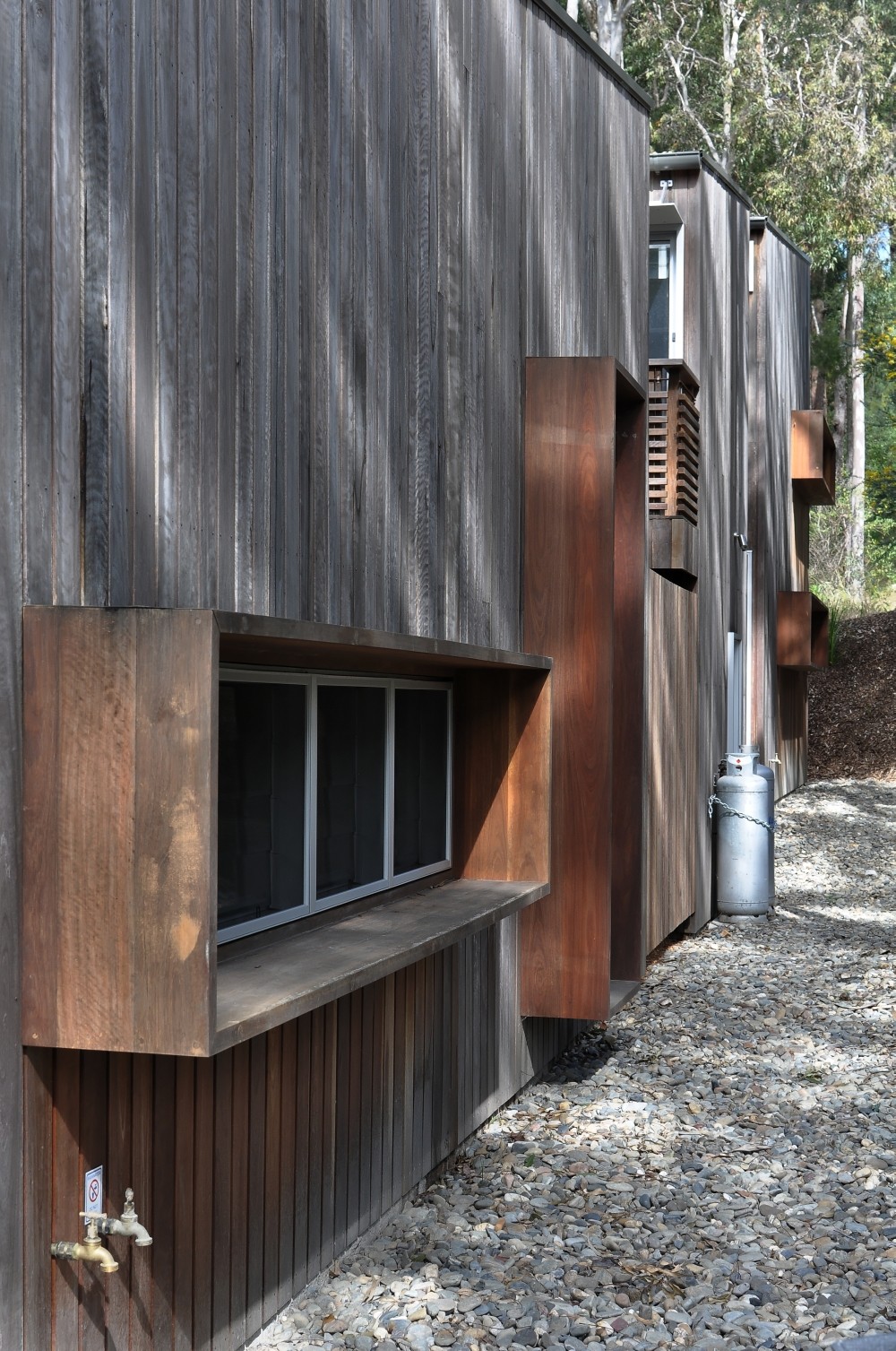 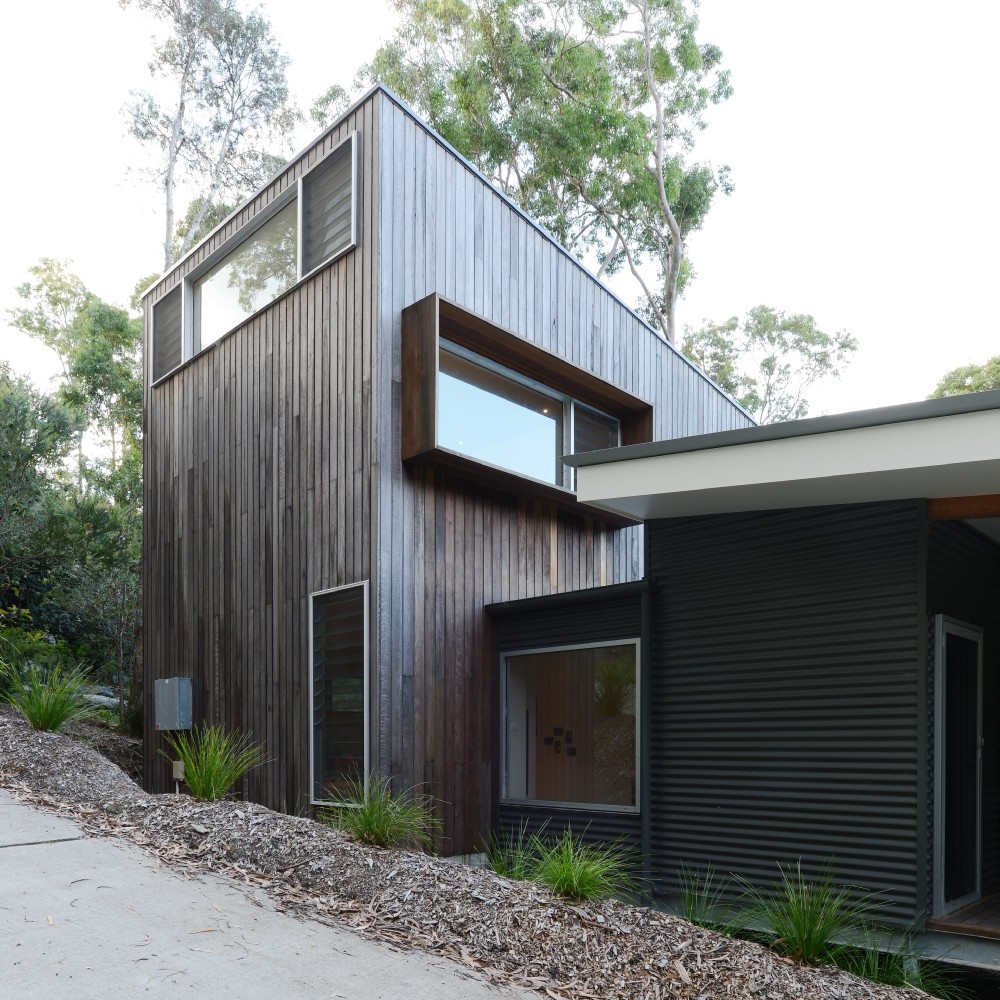 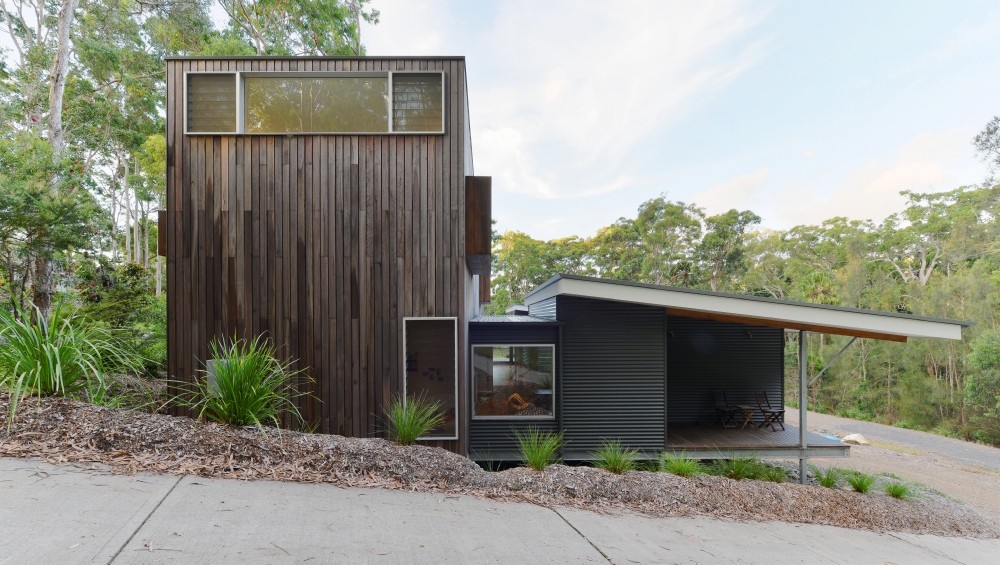 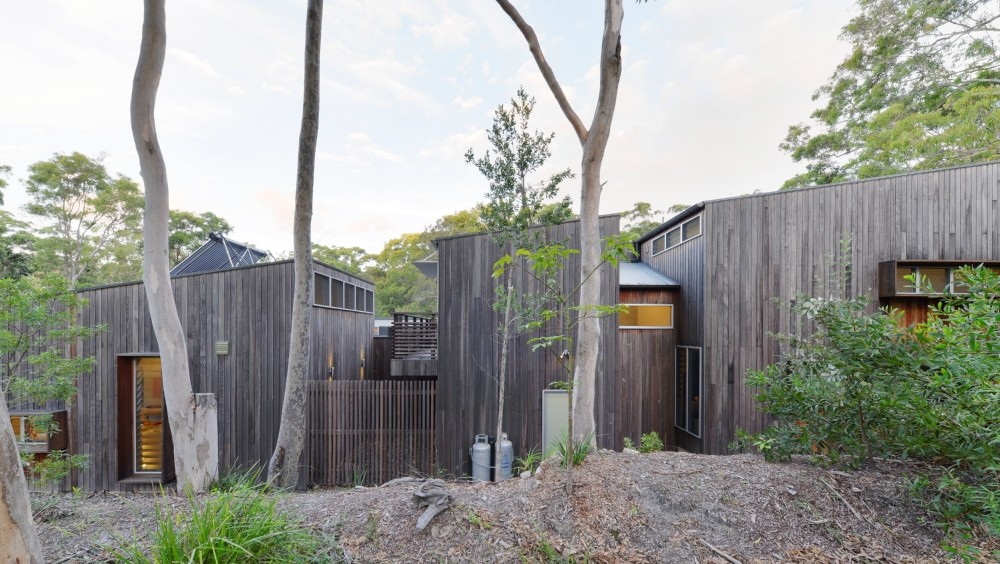 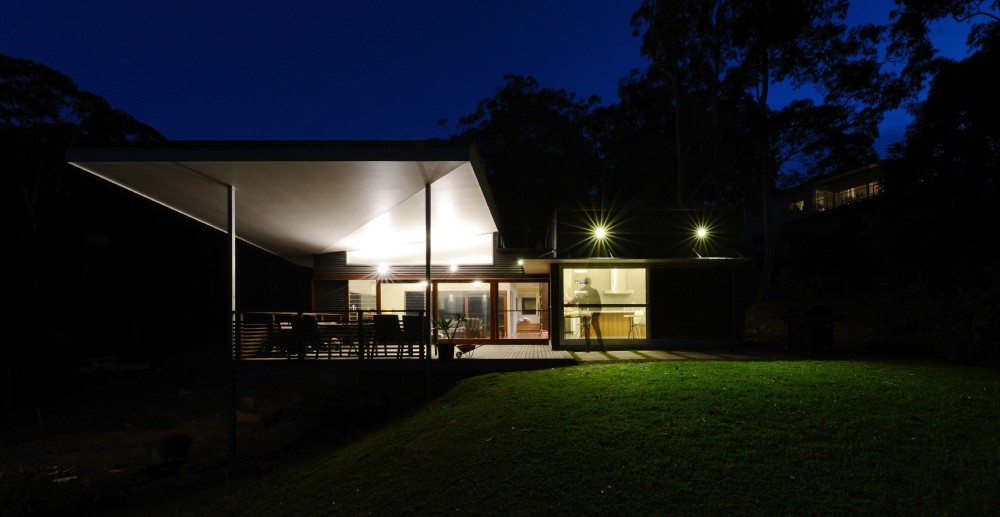 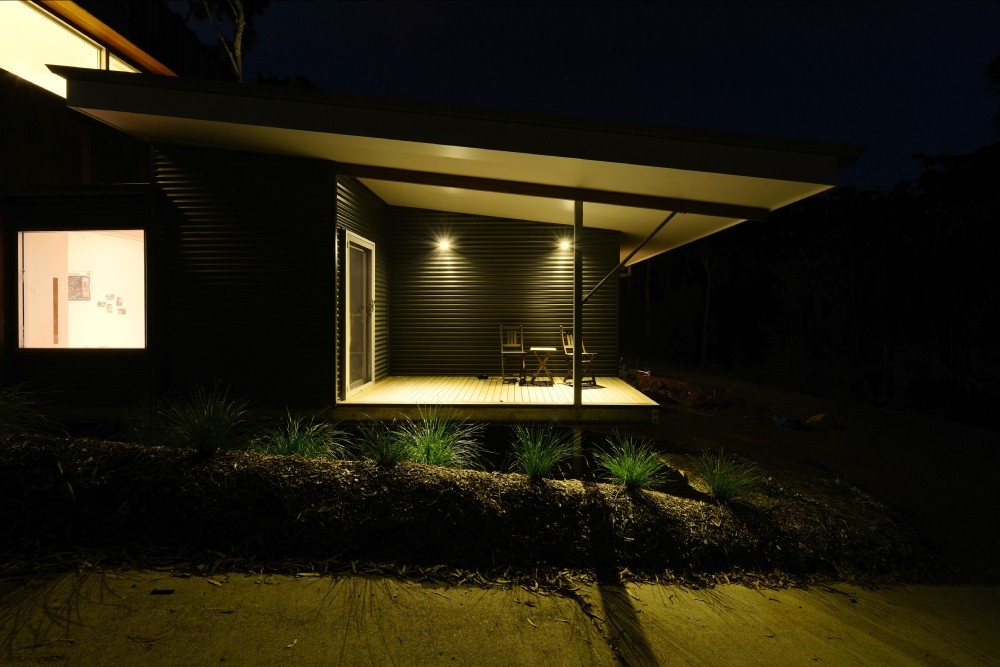 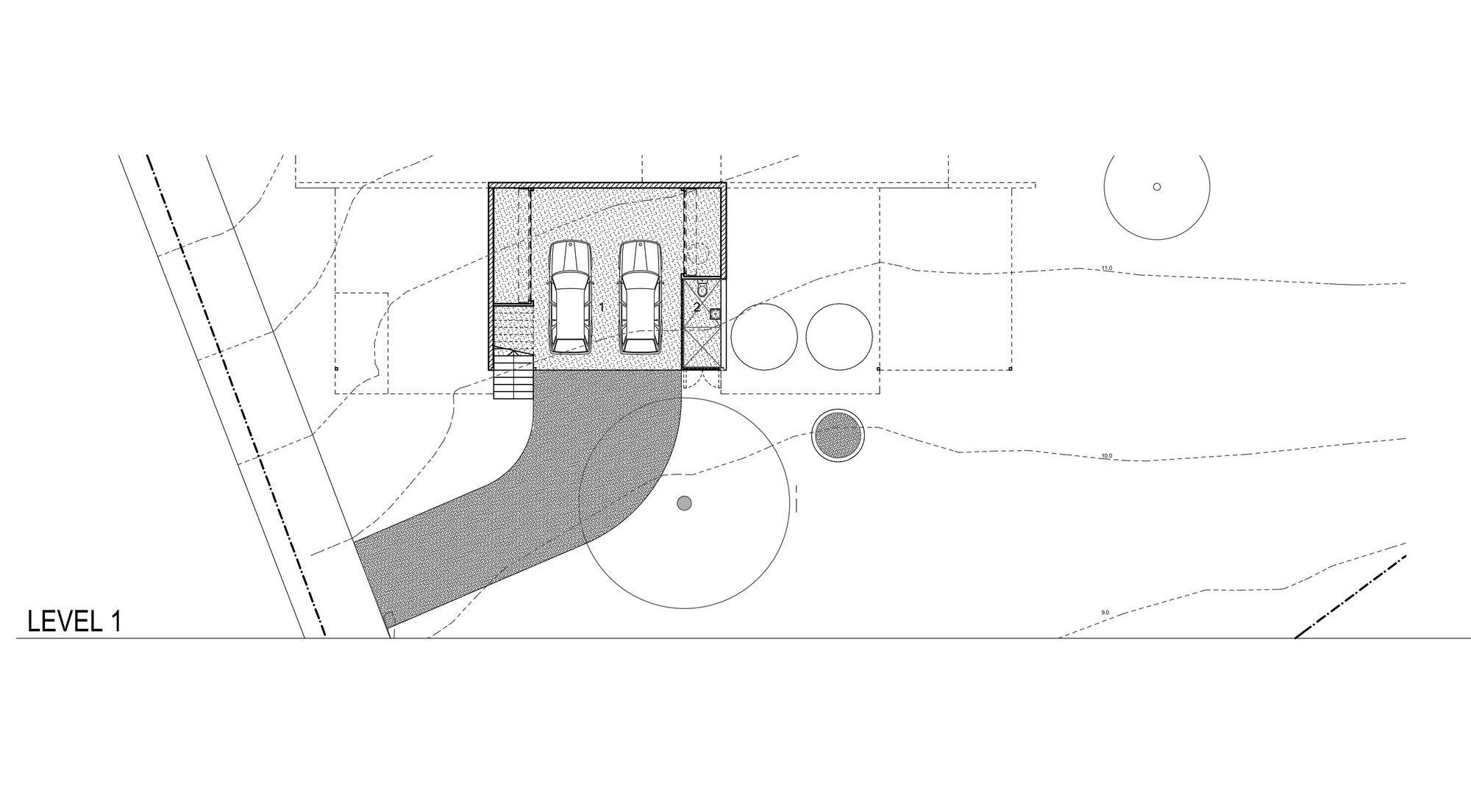 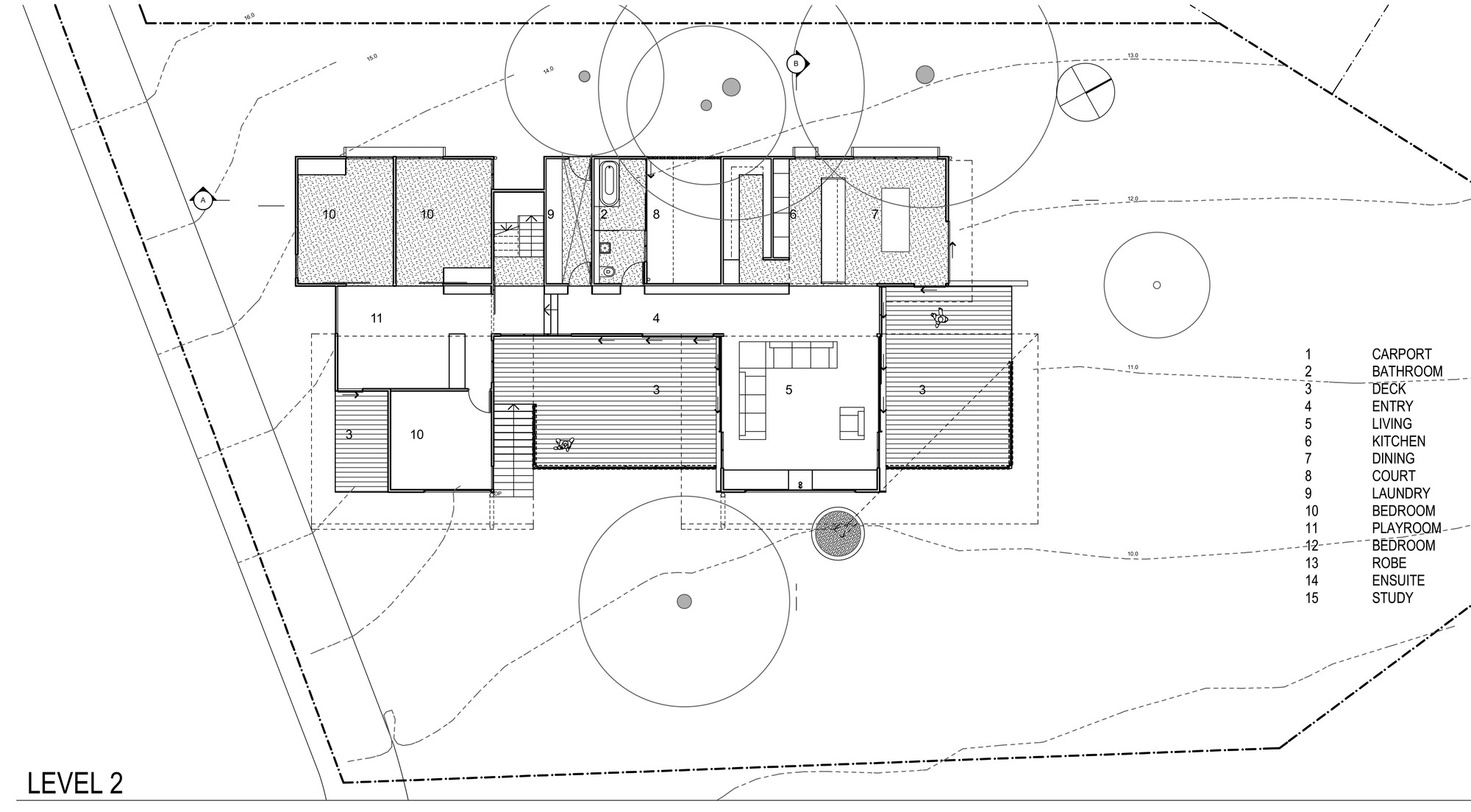 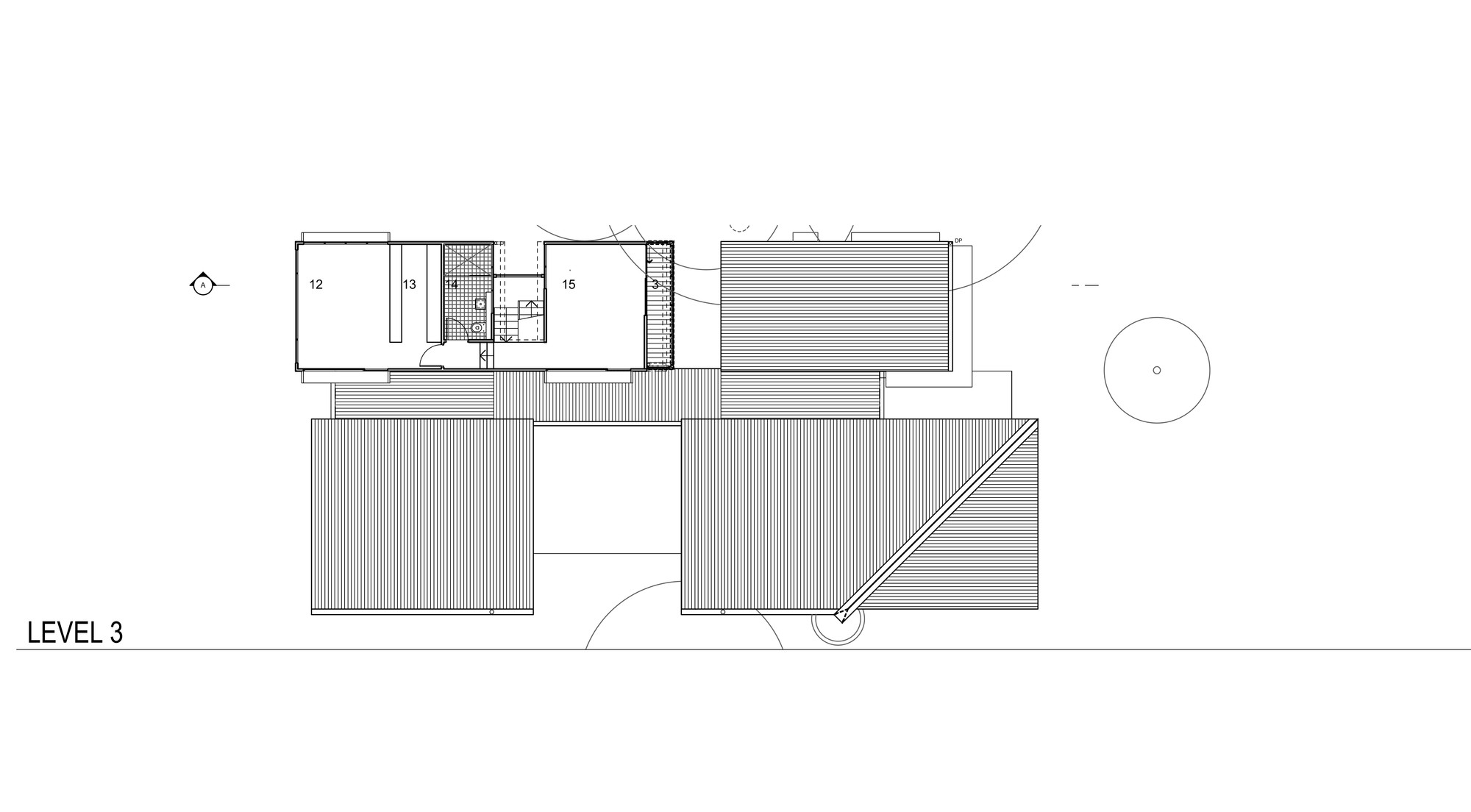 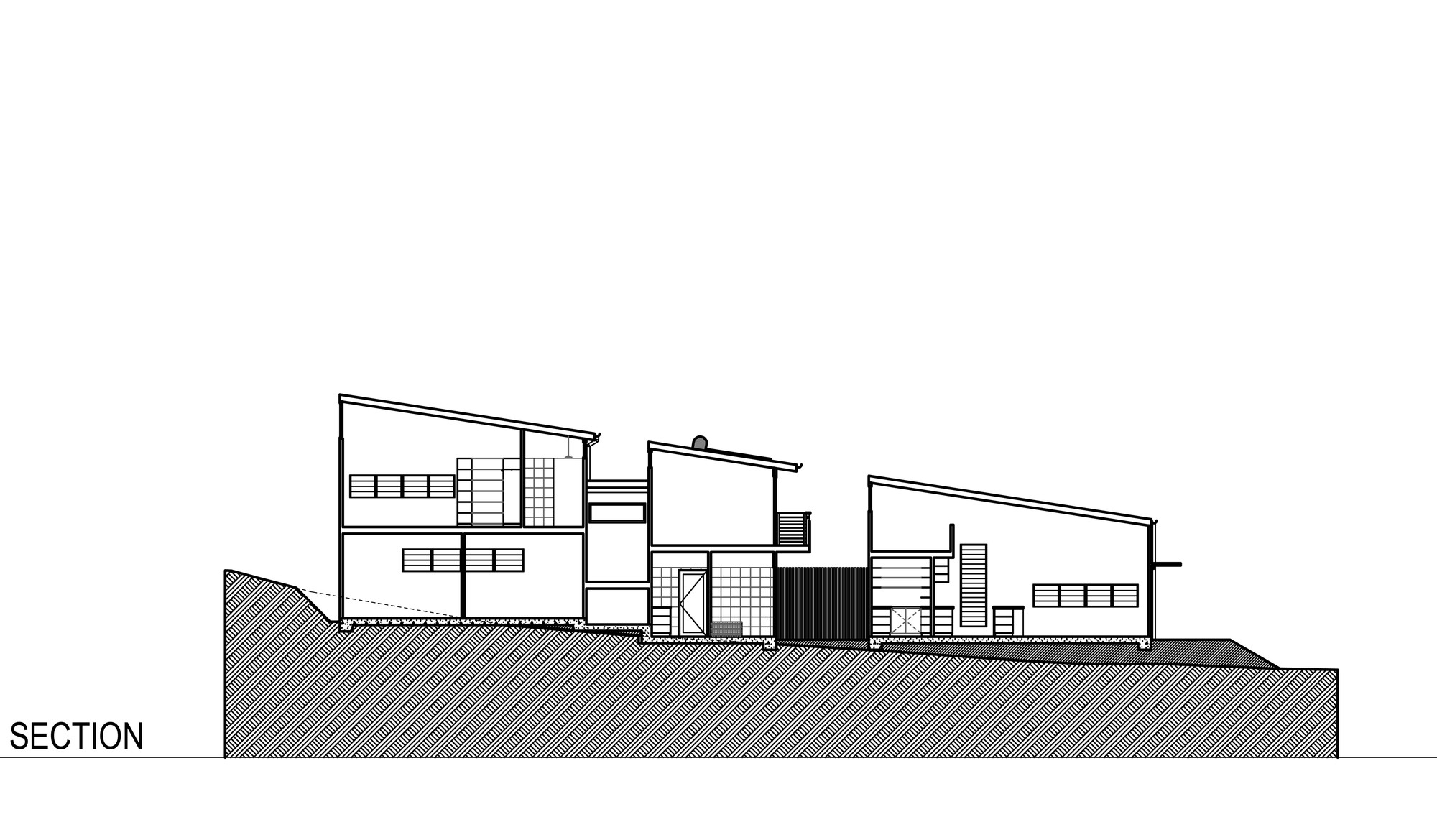 Elizabeth Beach, on the mid North coast of NSW, Australia, is a small village with a mix of holiday houses and permanent residences. The climate is temperate and the surroundings largely unspoiled. The site is located opposite some remnant littoral rainforest, midway between the estuary of Wallis Lake and the Pacific Ocean.
The principal opportunity that the site presents is that the long boundary abuts a nature reserve, immediately to the East. To the West is a steep hill with existing houses. The client’s requirements were that the house would suit a young, growing family, with provision to accommodate extended family from interstate. The house should take advantage of the site’s attributes, and crop out the less desirable views.
The idea behind the building is for a grounded, timber element extending along the Western side of the block, which creates a screen for the rest of the site. More open spaces such as living areas and decks sit East of the timber element, with total privacy, direct outlook to the forest and good solar access. The living spaces open to a sunny grassed area, a roofed deck and an open deck, so that through the seasons, different areas can be used depending upon the weather. The children’s rooms open into a playroom, creating and defining their own private area of the house. The upper level is the parent’s own zone, where considered openings frame views of the forest and garden. The home is designed to be private and sheltered from the west and South, yet open to the North and East.
Photography by Bourne Blue Architecture.