L4 House is a project designed by Luciano Kruk in 2015, covers an area of 180.0 m2 and is located in La Costa, Argentina. Photography by Daniela Mac Adden. 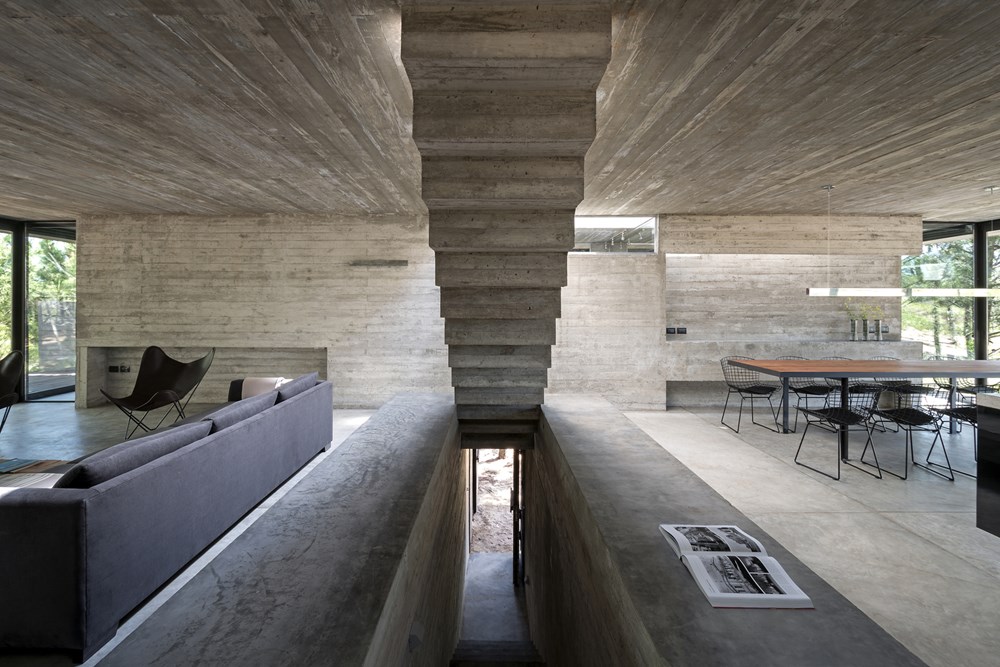 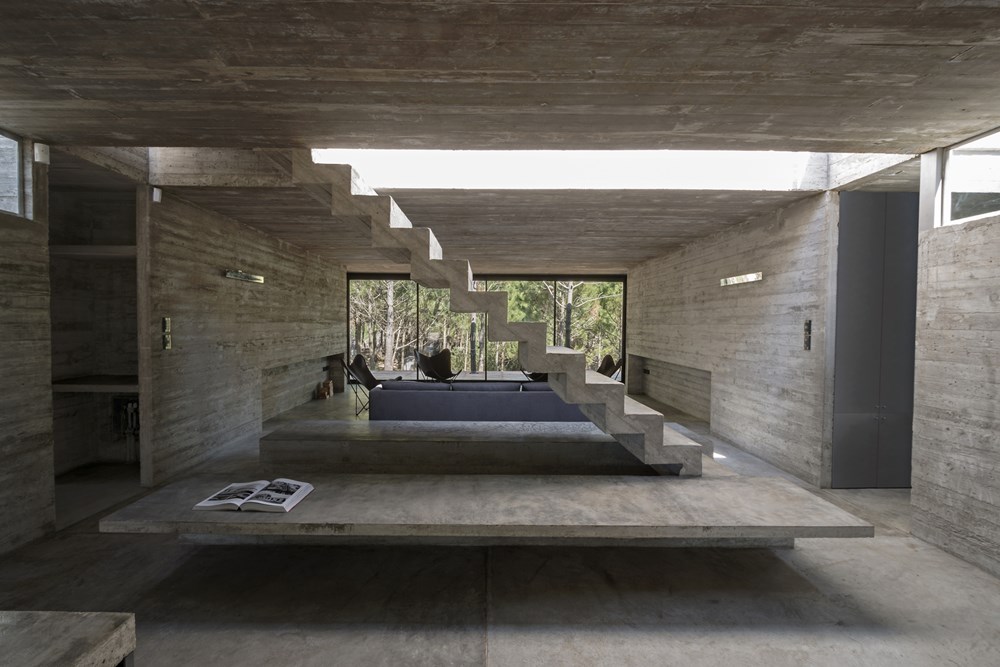 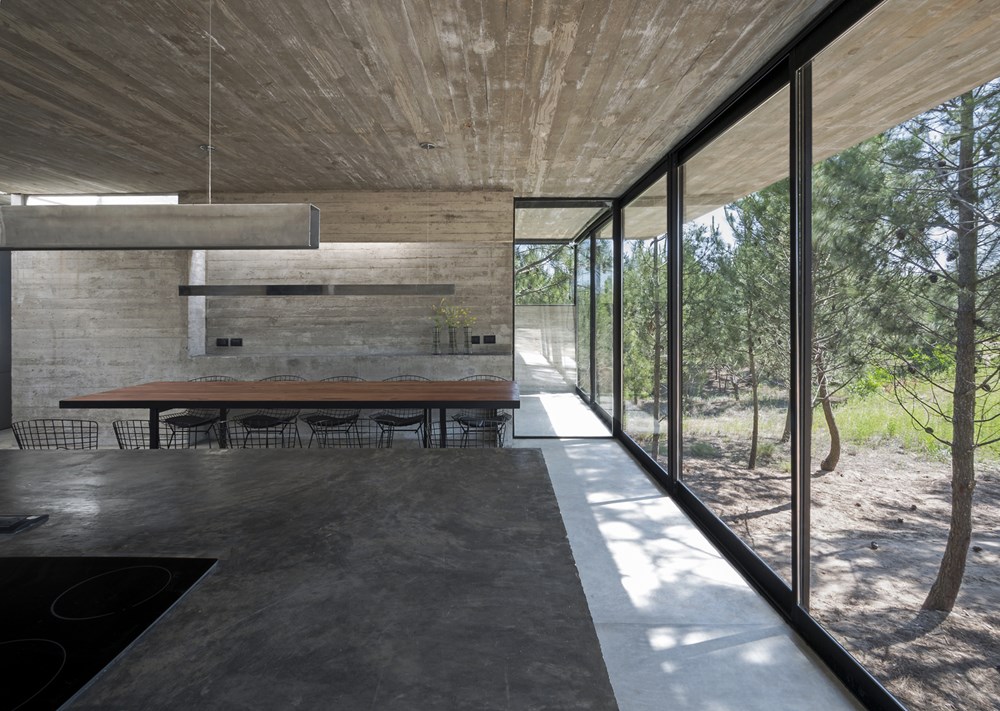 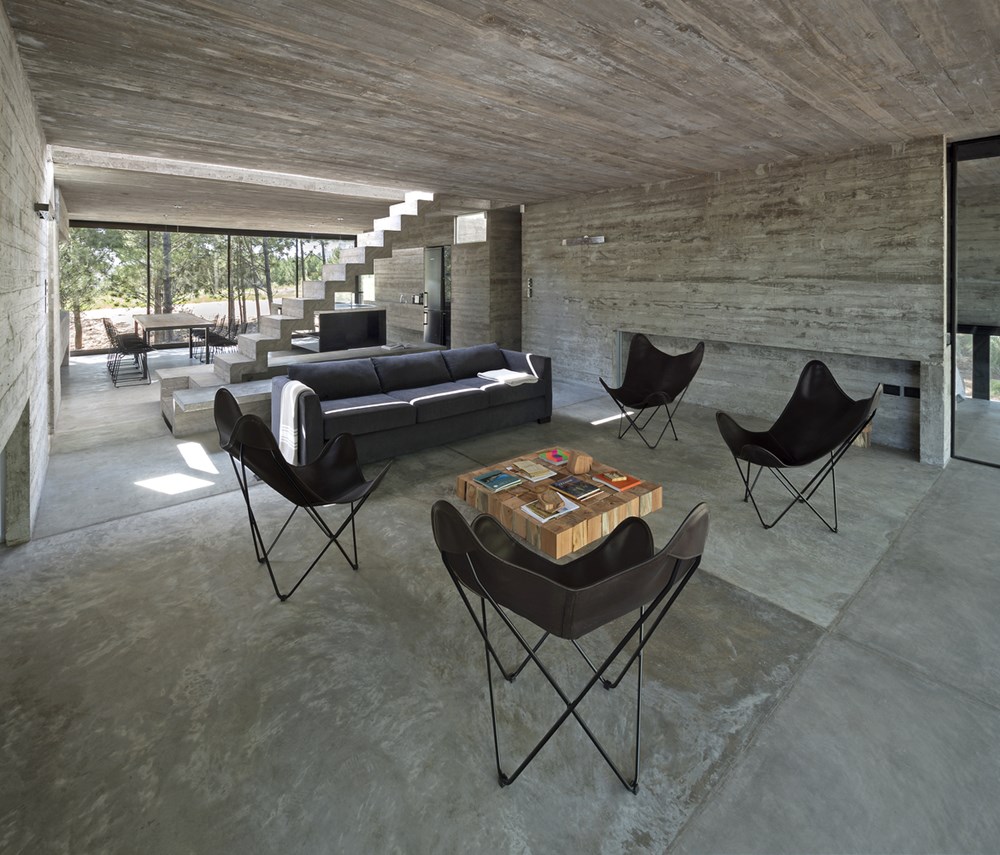 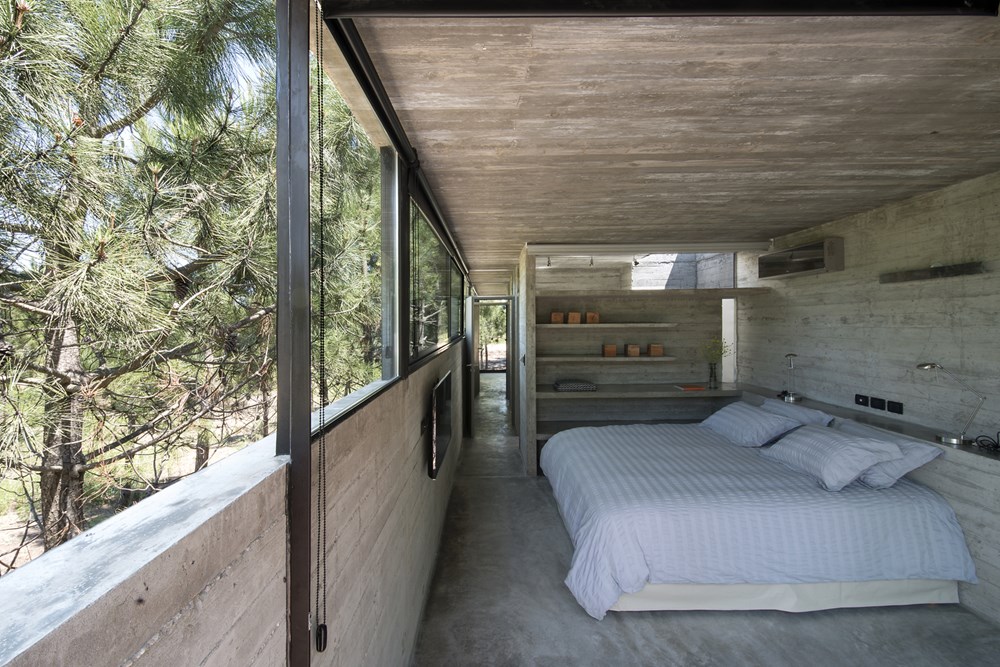 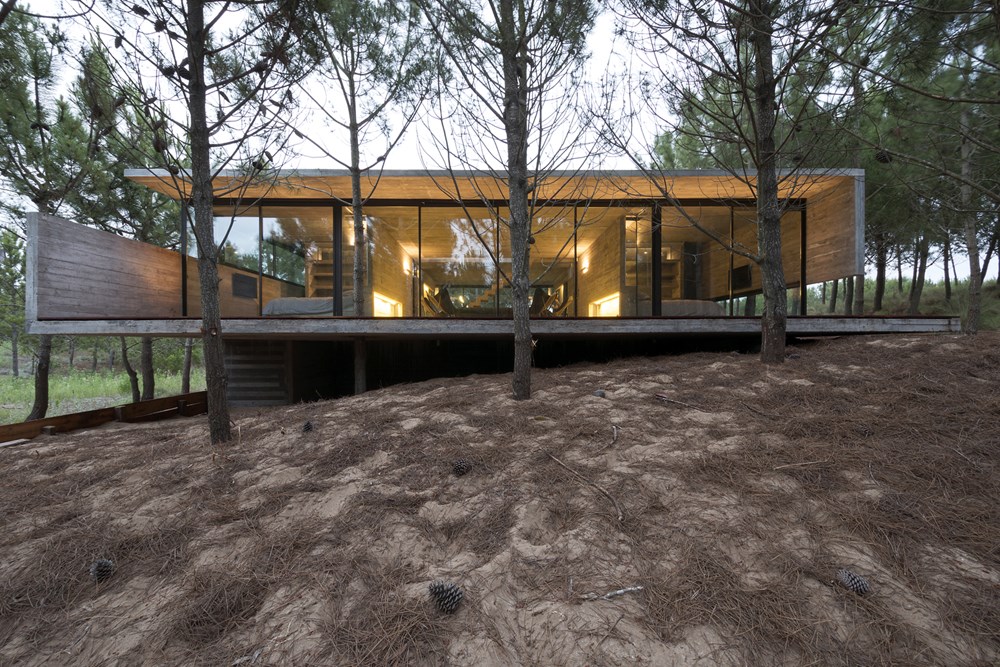 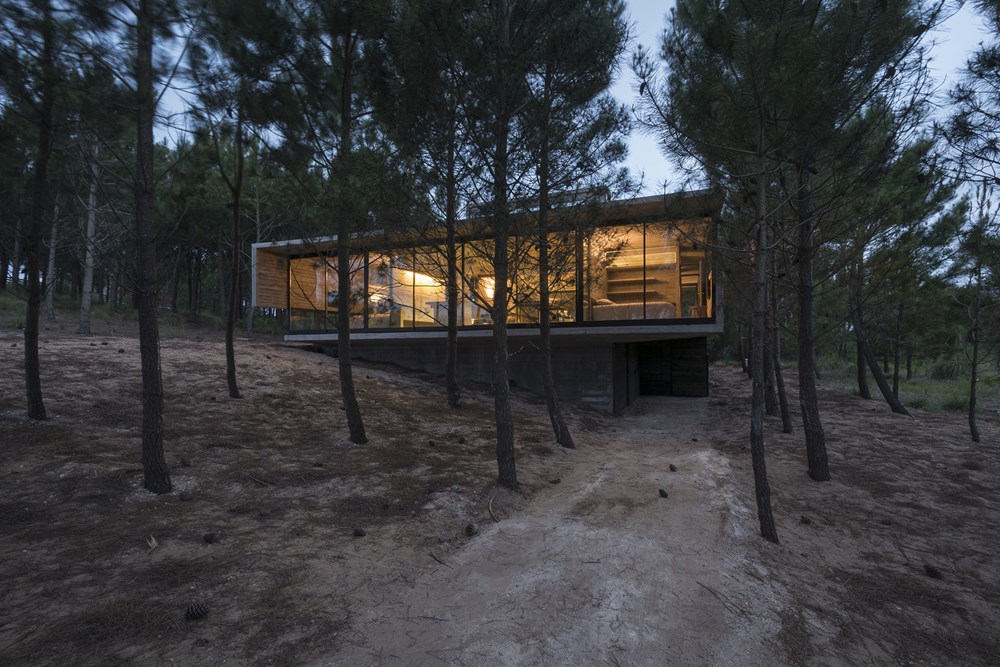 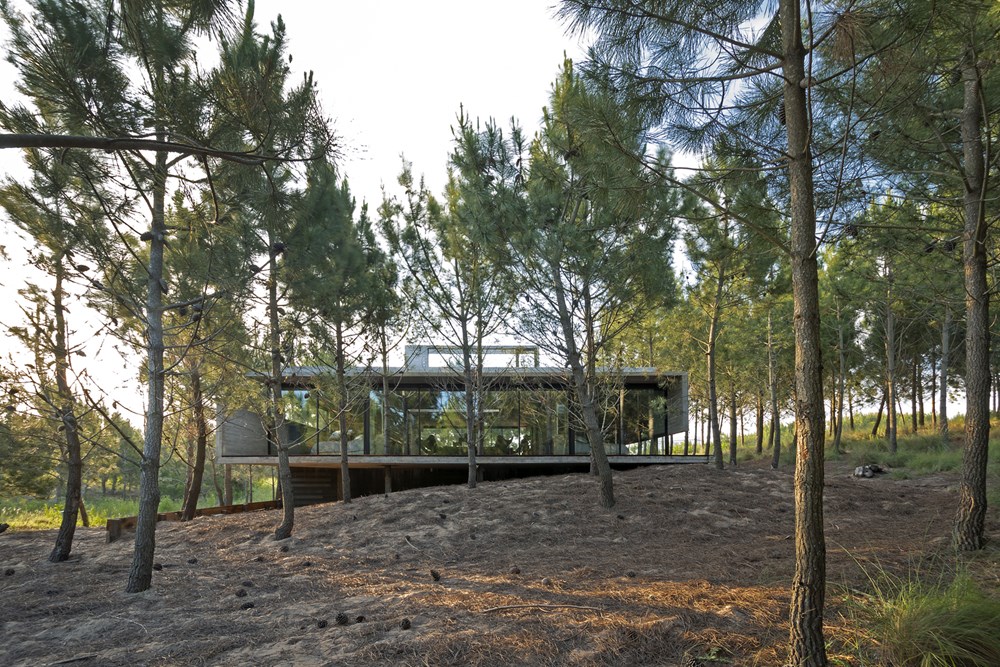 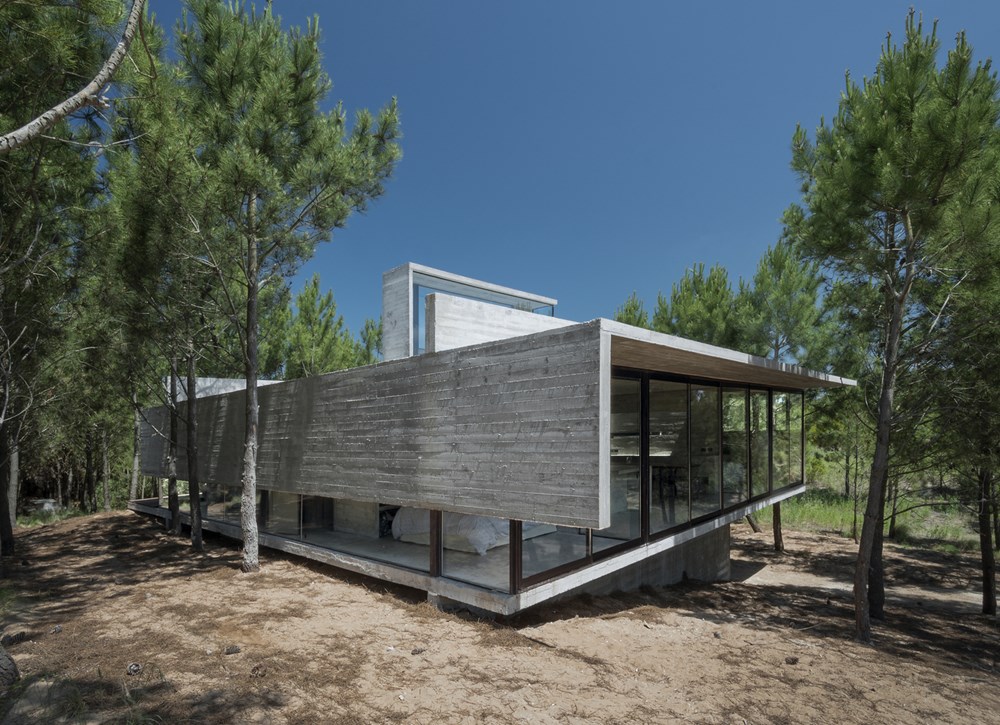 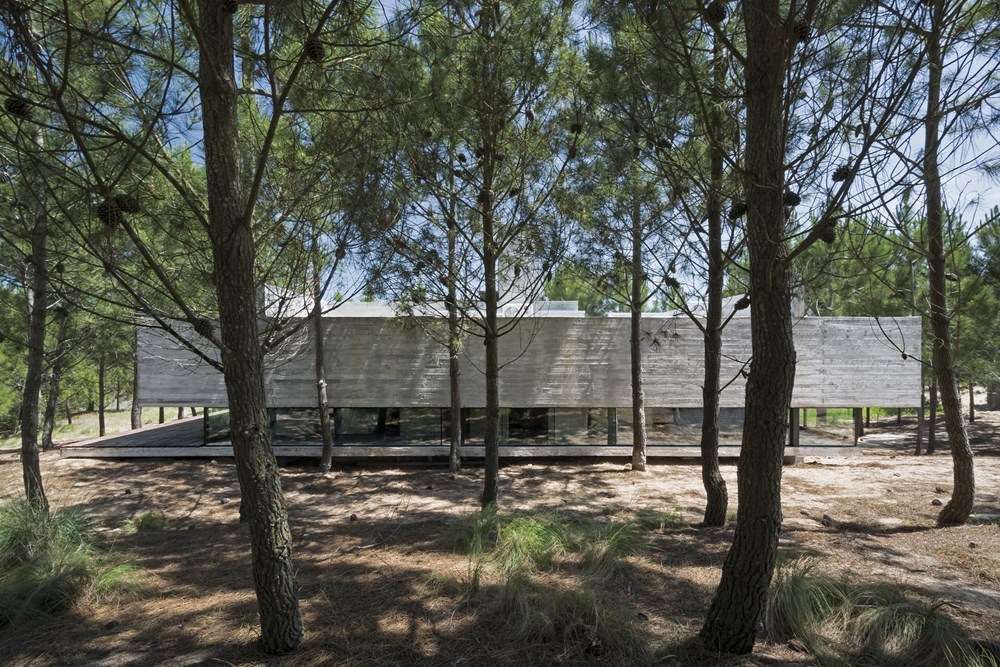 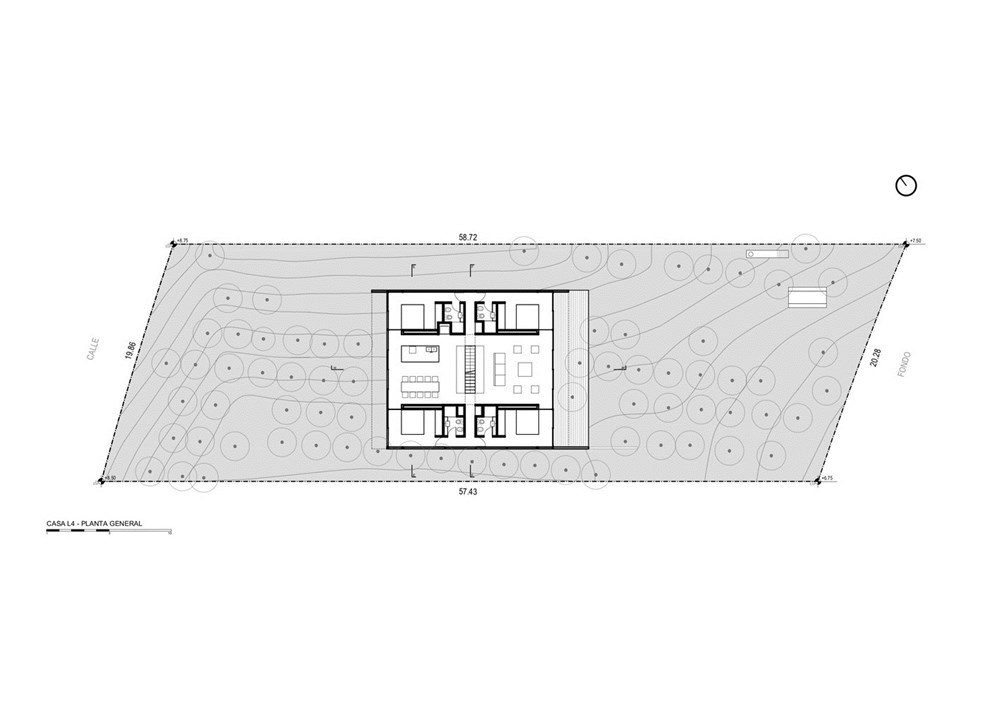 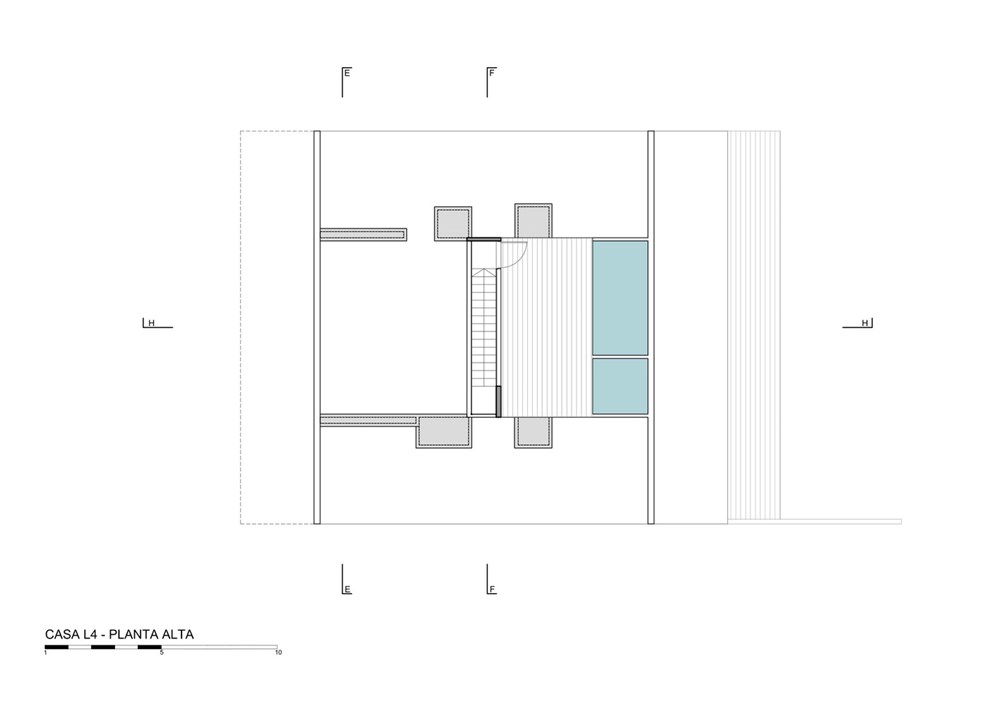 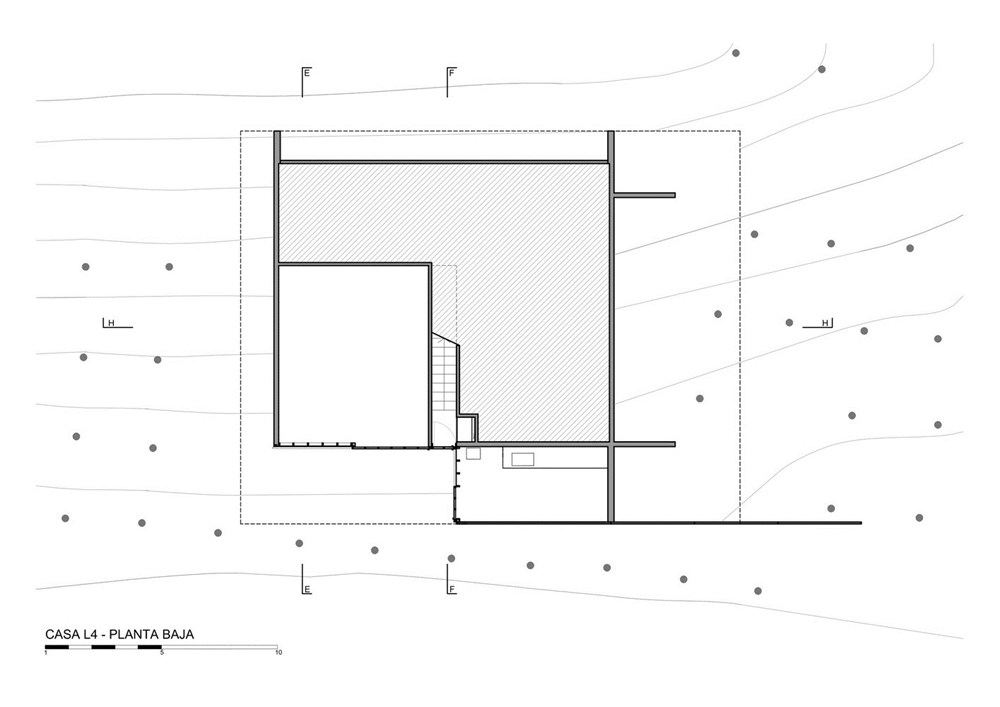 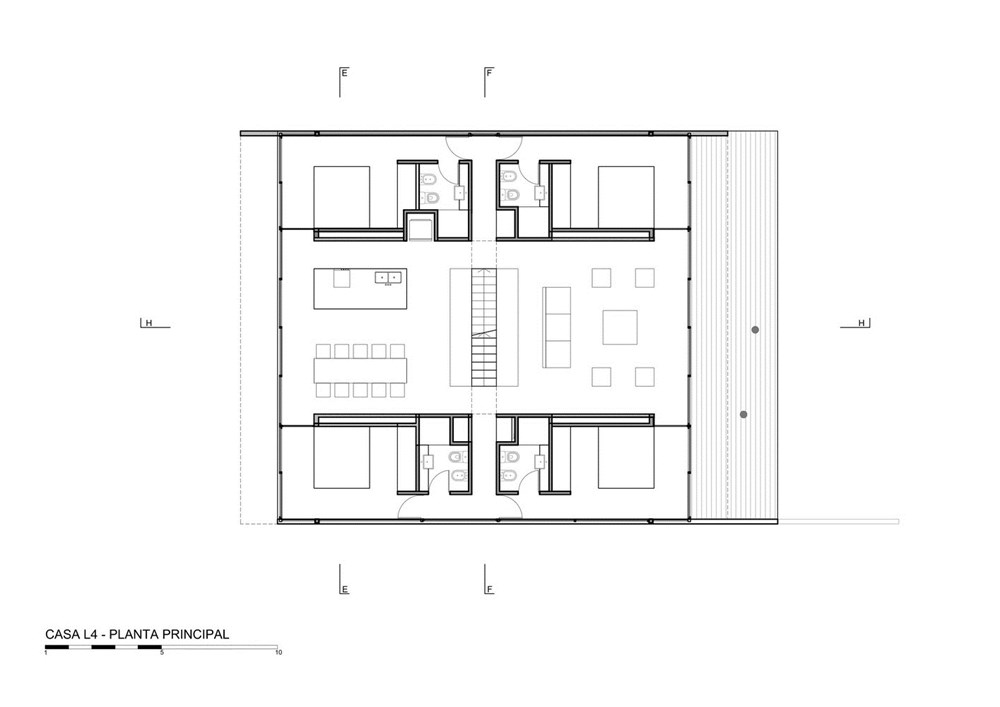 L4 House is located in the Costa Esmeralda gated community, thirteen kilometers north of the city of Pinamar and four hours from the city of Buenos Aires. The neighborhood where the house is located, Barrio Marítimo II, is linearly parallel to the sea. A pine forest divides the neighborhood from the coast, respecting the 200 meters setback established by provincial regulations.

The house should serve for use during short stays. It should also be able to receive guests and eventually be rented.

The lot, a pristine sand dune, was covered by rows of maritime pines. As for its topography, its surface descends across approximately two meters from one end to the other, while longitudinally it descends gently toward the sea.

The choice of materials was based on two reasons.

On the one hand, after the previous experience of having built other homes in concrete, we knew that this material could be kept in good shape over time with virtually no maintenance.

On the other hand, we considered its color and texture would establish a harmonious dialogue with the natural environment of the place.

Regarding the social area, this should be constituted as bright, spacious and closely linked with the space outside the house; while the private area should be composed of four bedrooms as independent as possible, each served by its own bathroom. Our intention was to develop most of the program on one floor and have a higher exterior space, provided with water, from which to contemplate the stunning natural backdrop. We agree that both the trees and the particular topography formed the wealth of the site, which the architectural project should keep.