House in the Dune is a project designed by Luciano Kruk in 2017, covers an area of 165.0 m2 and is located in La Costa Partido, Argentina. Photography by Daniela Mac Adden. 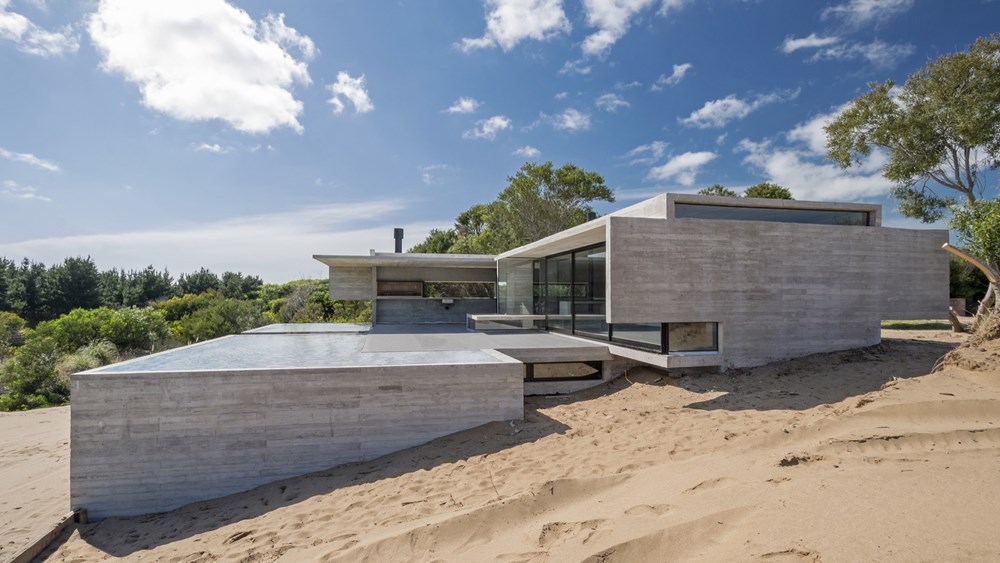 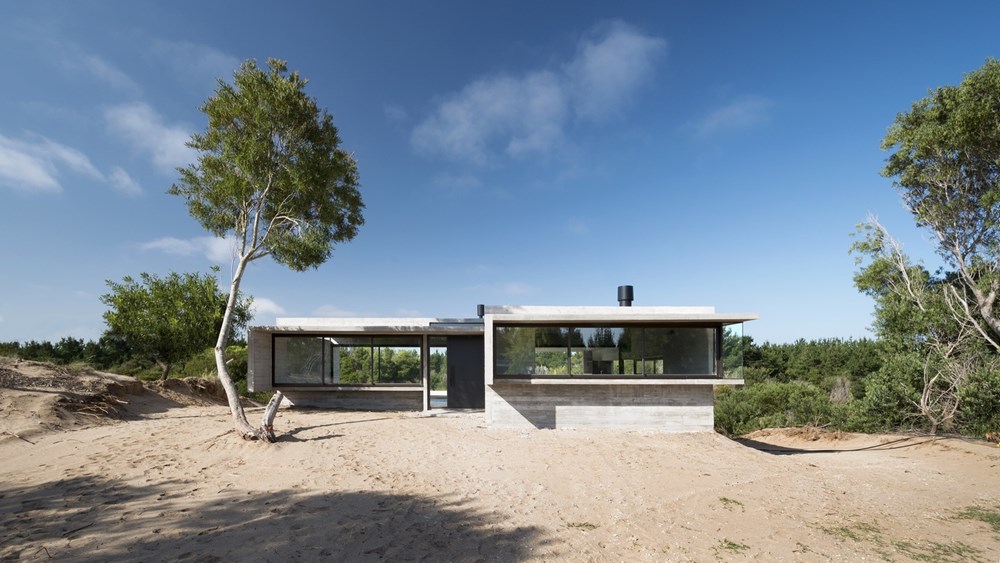 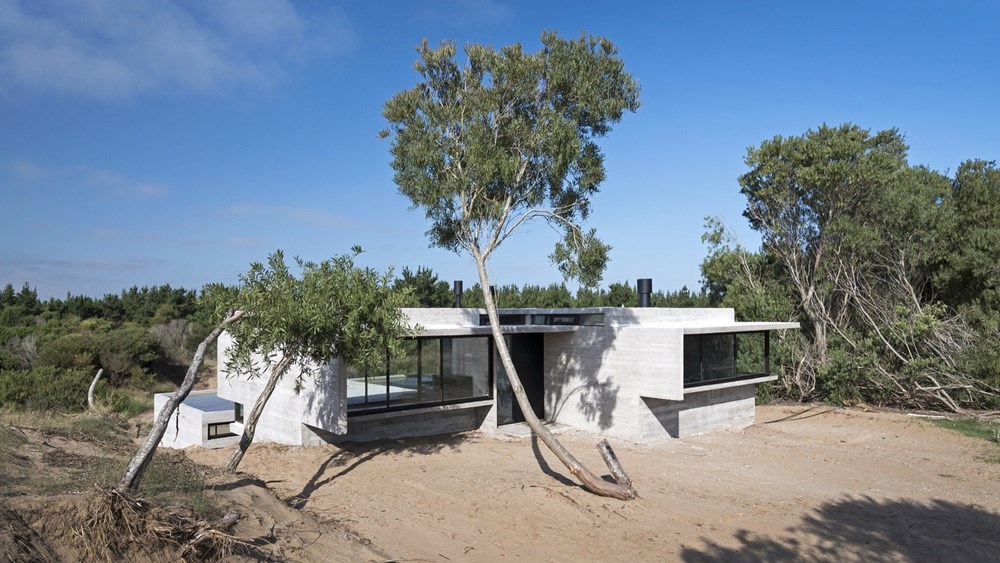 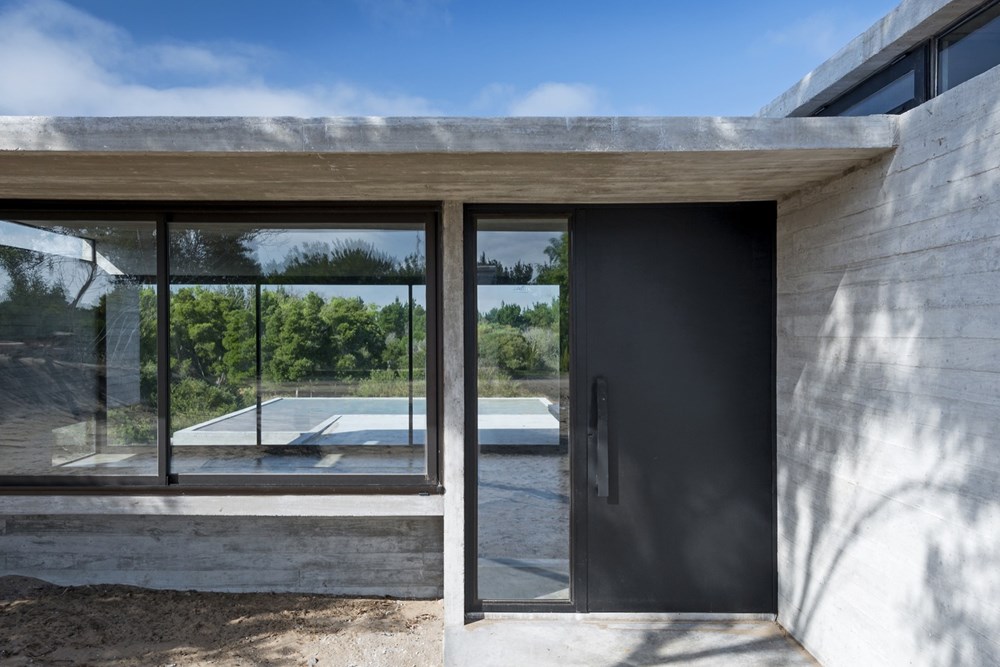 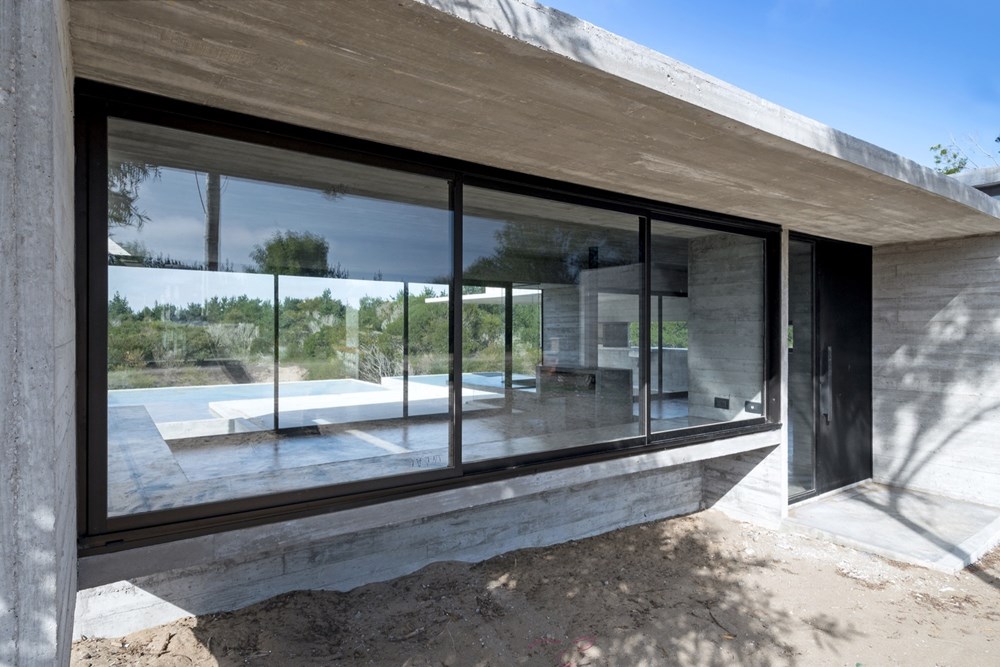 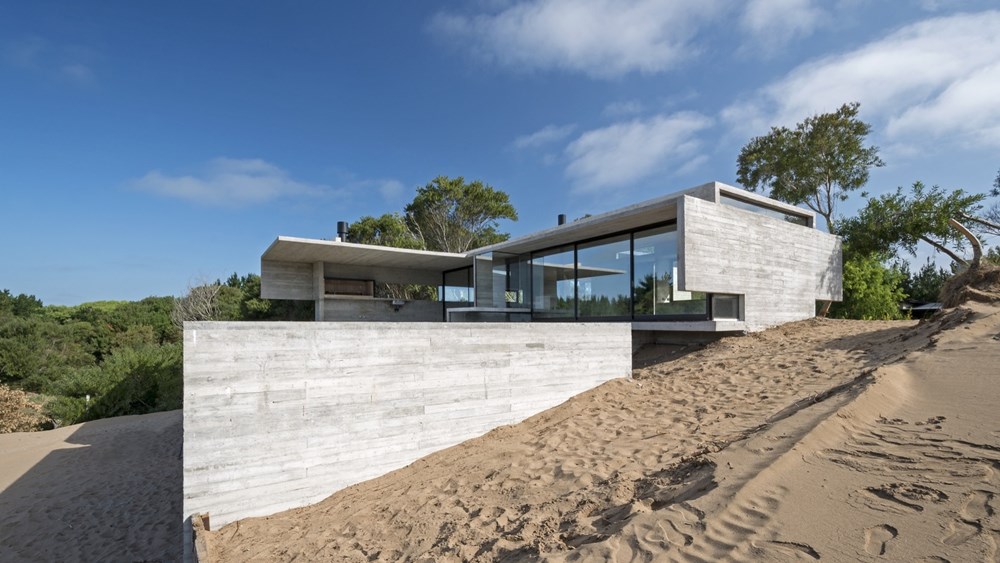 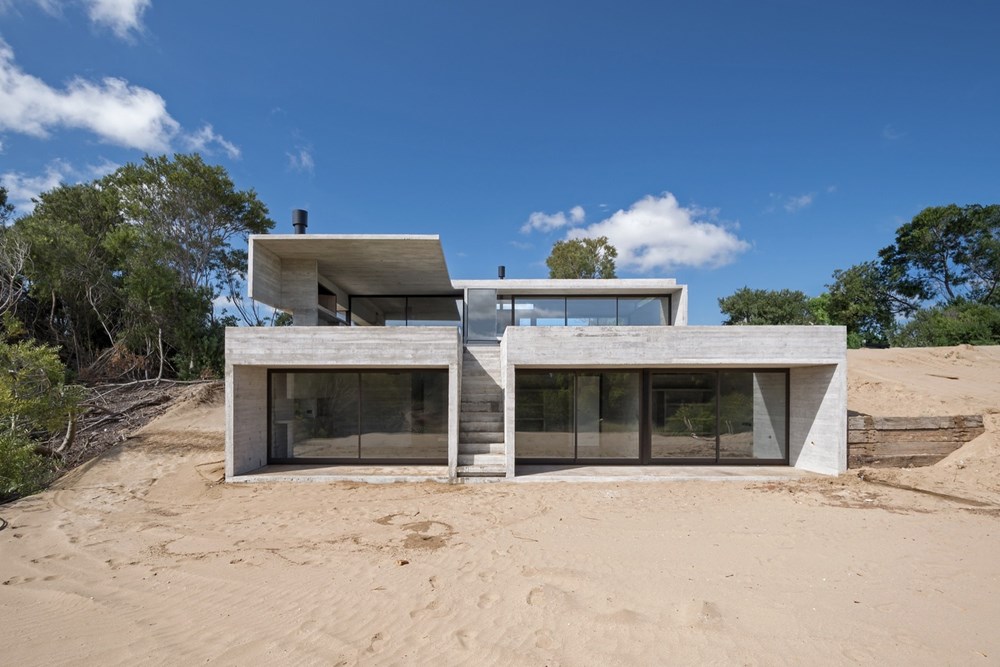 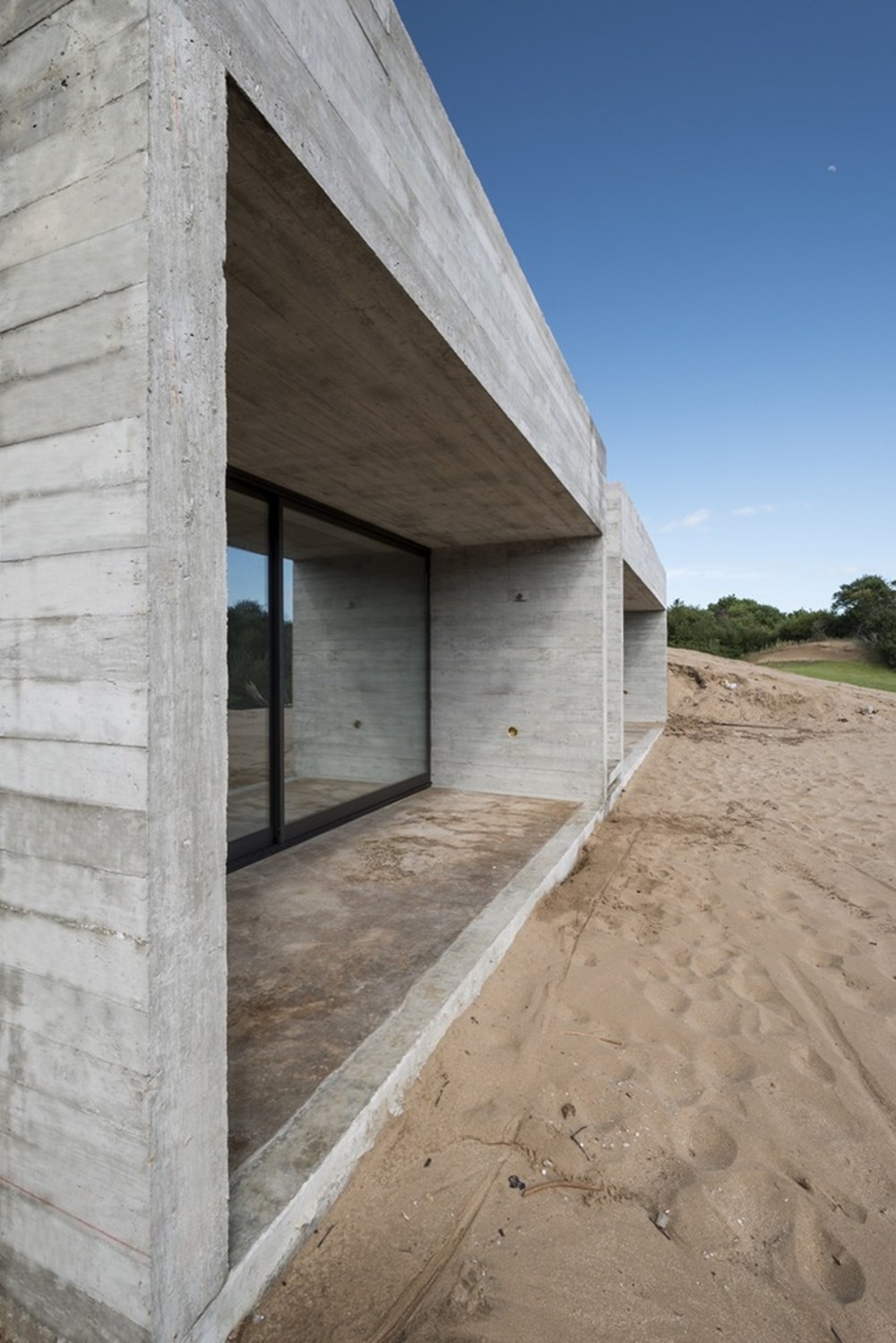 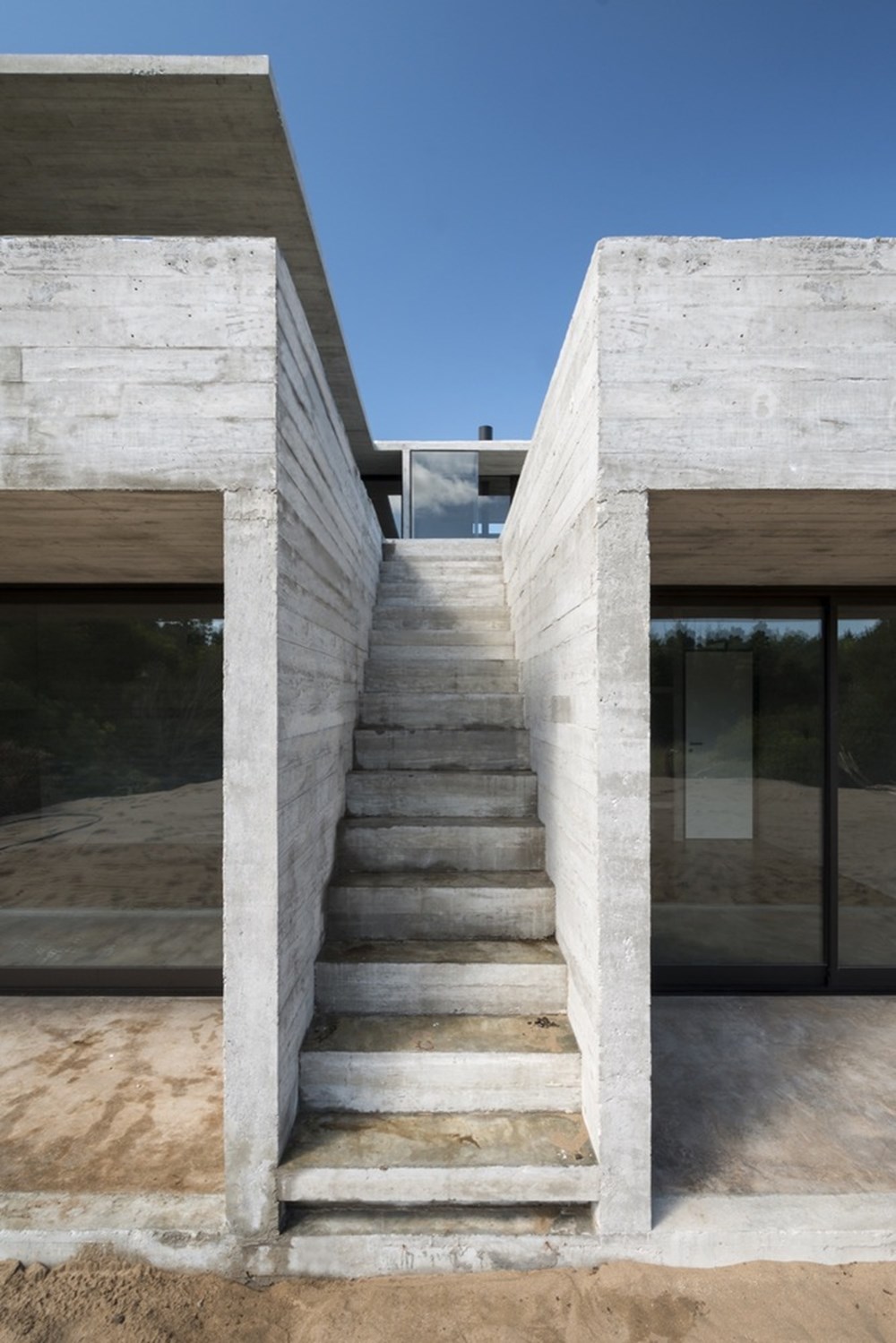 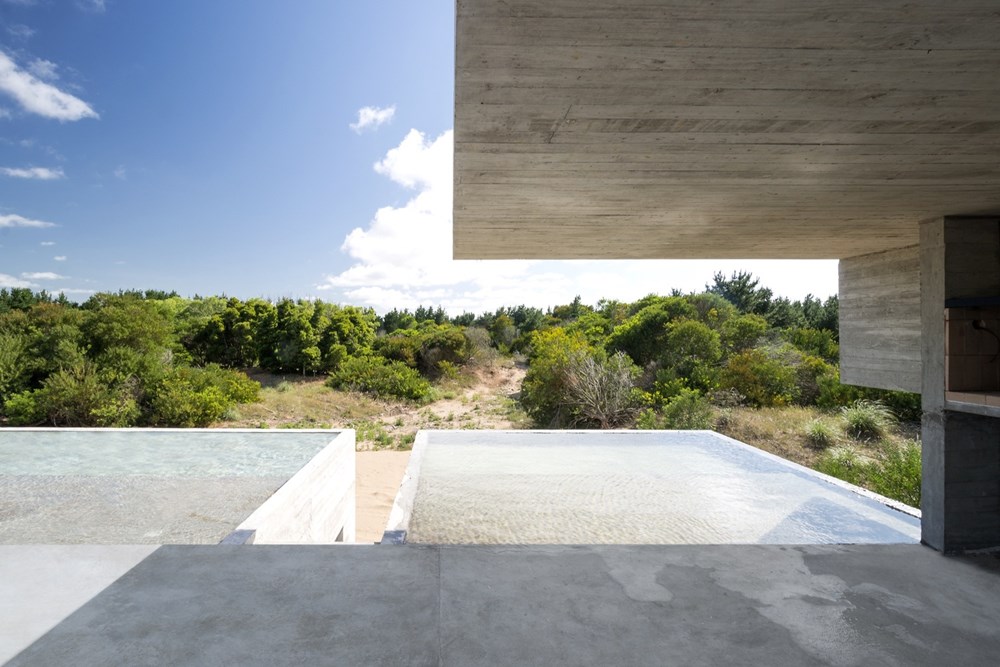 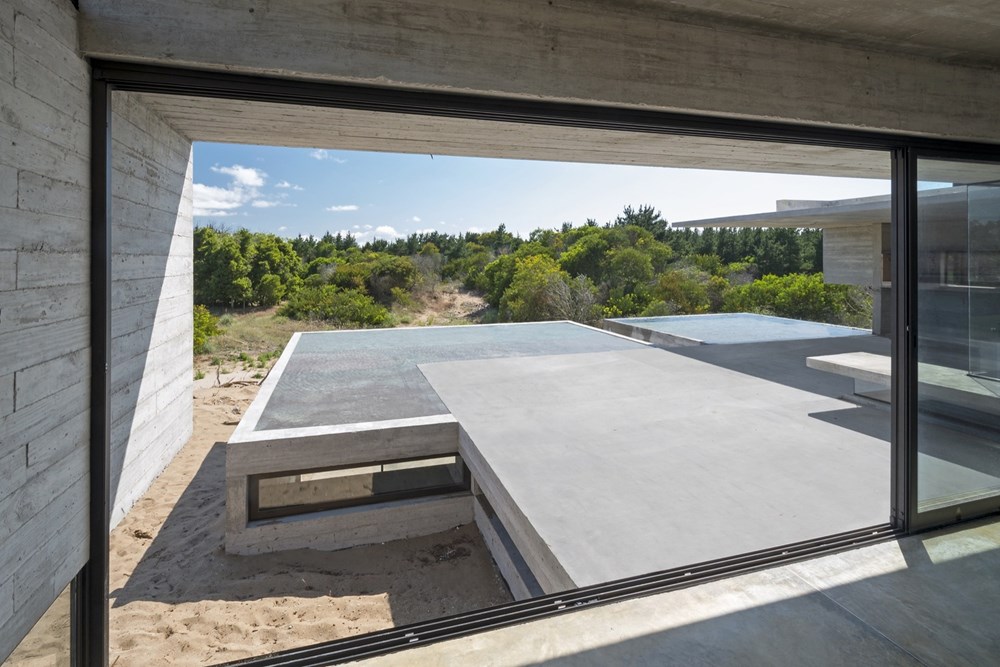 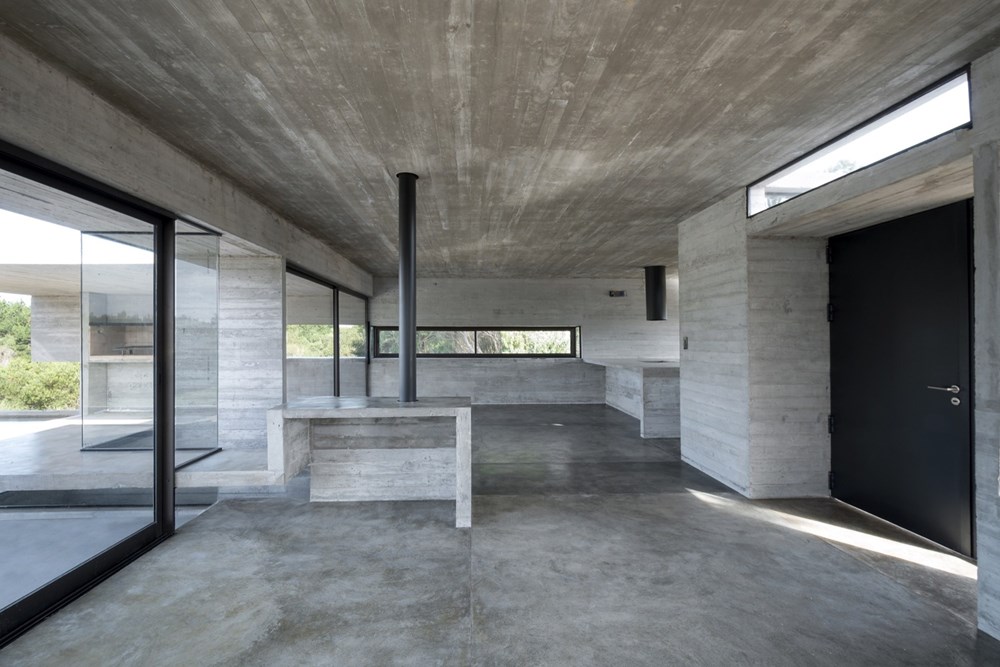 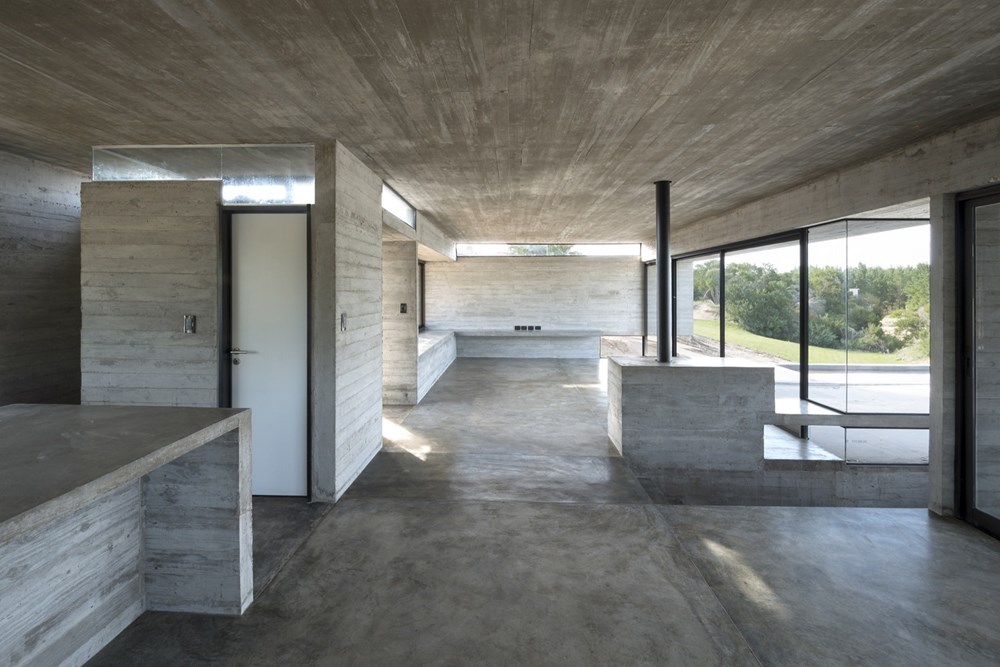 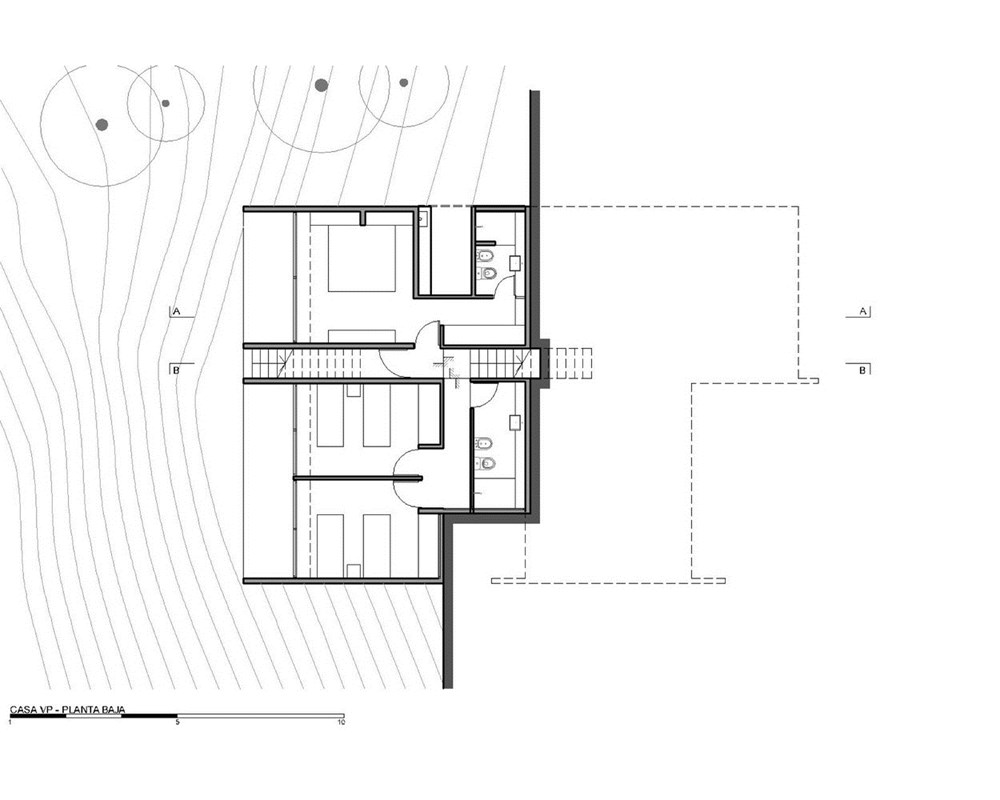 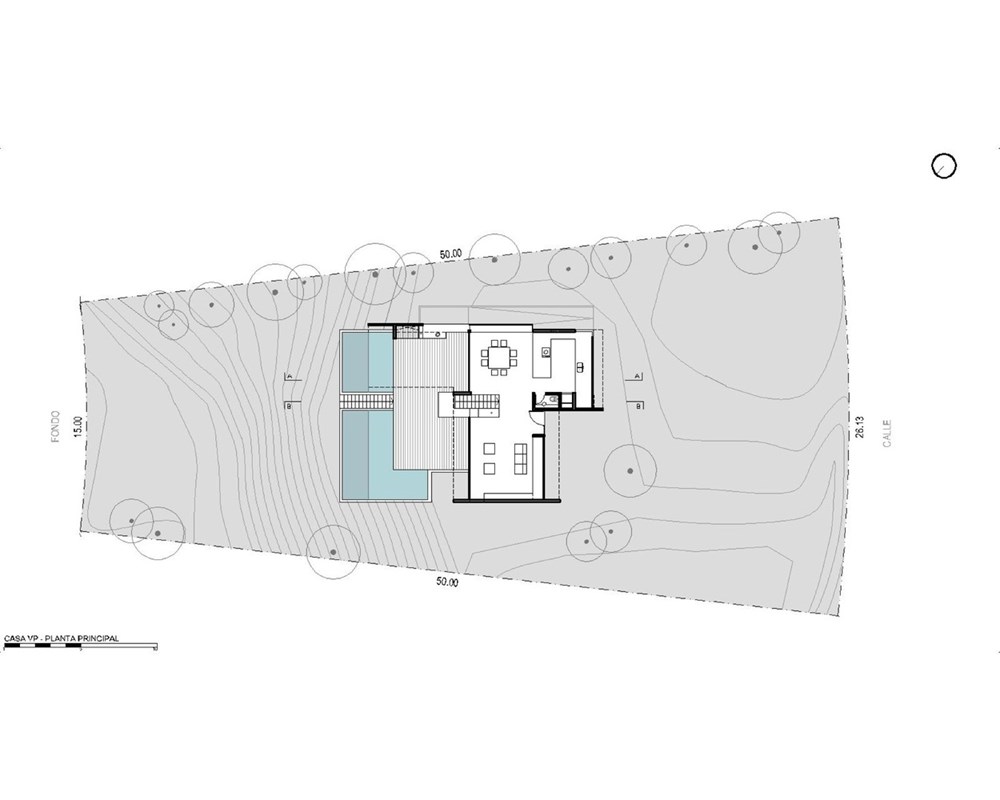 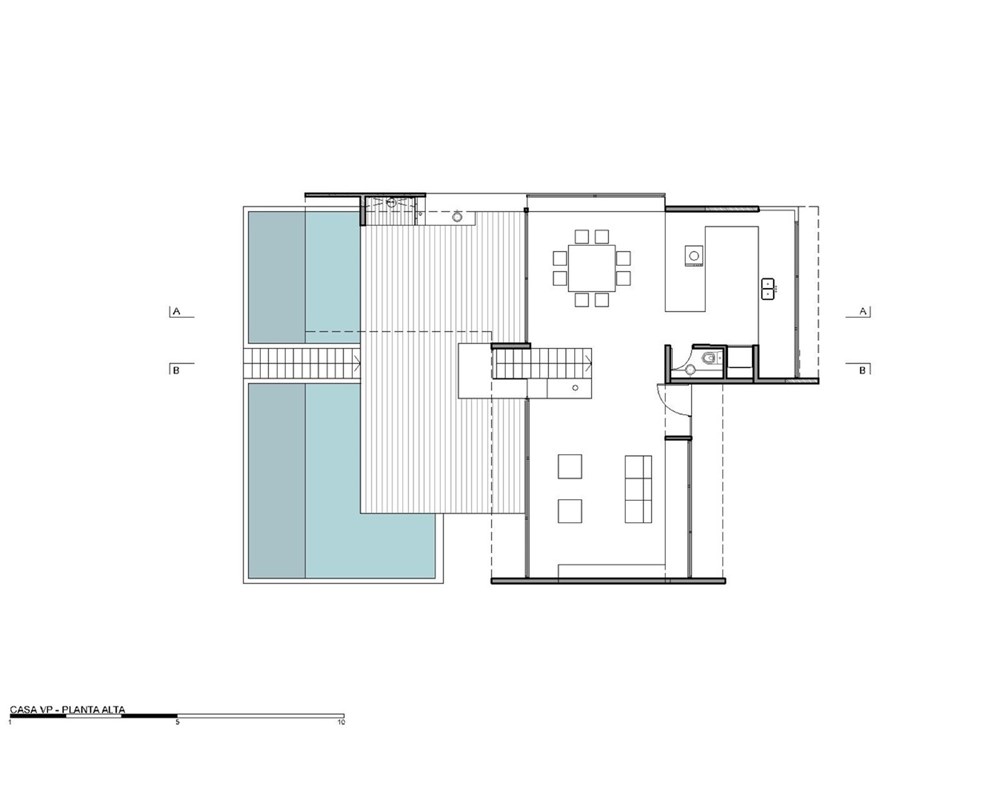 The House in the Dune is located in The Coast Disctrict, in a seaside neighborhood 13 km north of the city of Pinamar and four hours away from Buenos Aires.

Lying on a curved cul-de-sac, the site is a trapezoid with its widest side at the back. Originally, even though it lacked tree vegetation (particularly pines, which are typical in The Coast District), the land seemed impenetrable, completely covered as it was with acacias.

Following the topography of the area, characterized by the natural sandy dunes, the terrain is plain towards the street and slopes downward steeply until it turns plain again near the back.

The client commissioned a typical summer house for him and his family, but he also requested that the house should accommodate standard uses to allow it to be rented out. The most prominent space in the house should be the social area. Connected with the unified dining and living rooms, the kitchen should be spacious and communicate into a semi covered space housing a grill and belonging to an outdoor area that allows the living room and dining area to expand into the exterior. Regarding the private areas, three bedrooms were commissioned: one en suite master bedroom and two secondary bedrooms separated from the former, sharing a bathroom. It was decided that the house would be materialized in exposed concrete, due to its zero maintenance needs.