Ecuestre House is a project designed by Luciano Kruk in 2017, covers an area of 138.0 m2 and is located in Buenos Aires, Argentina. Photography by Daniela Mac Adden. 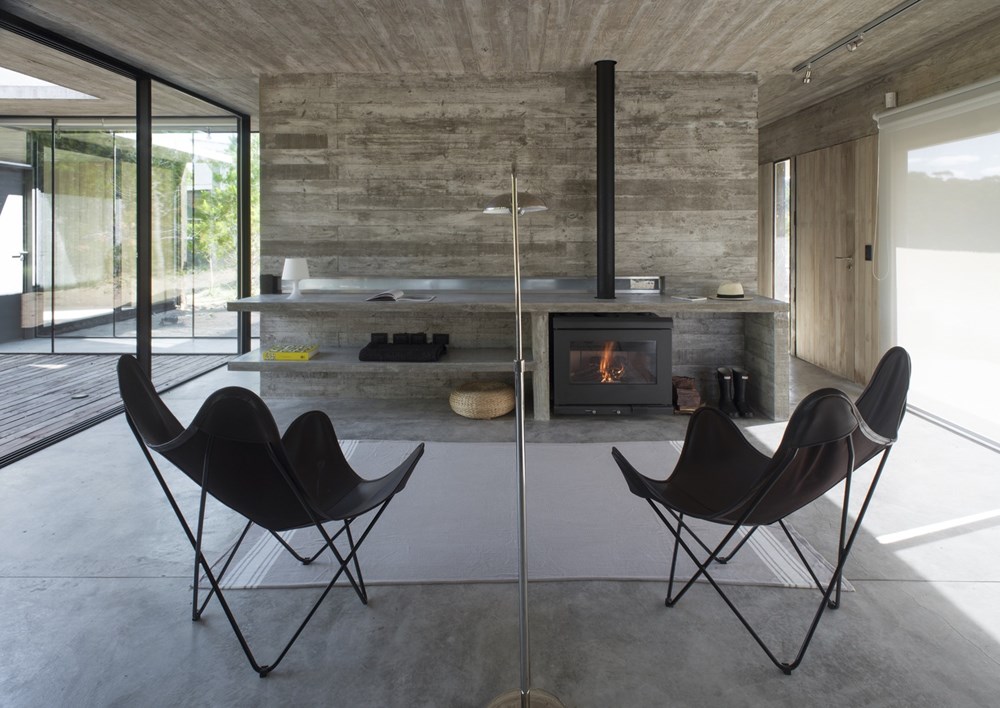 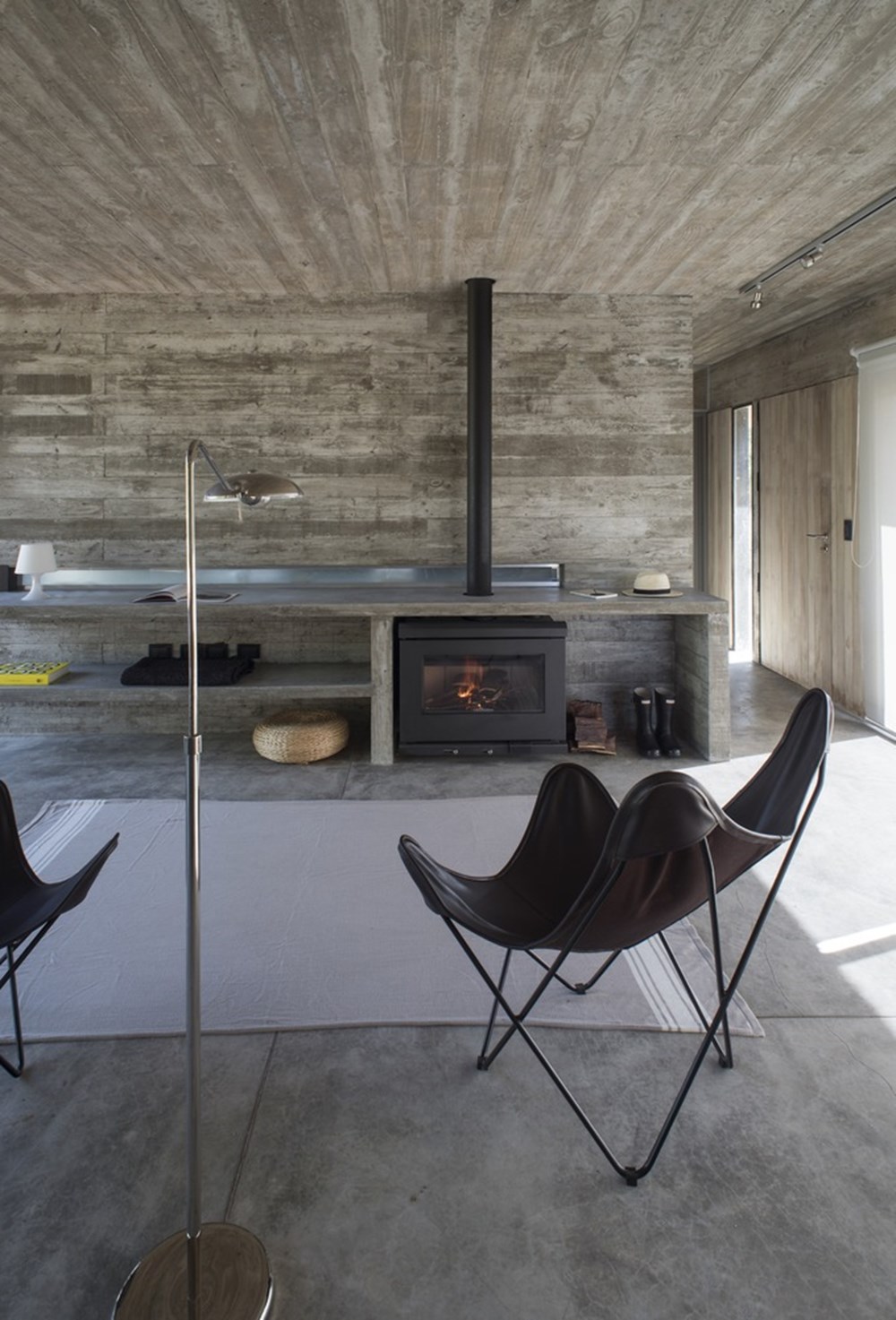 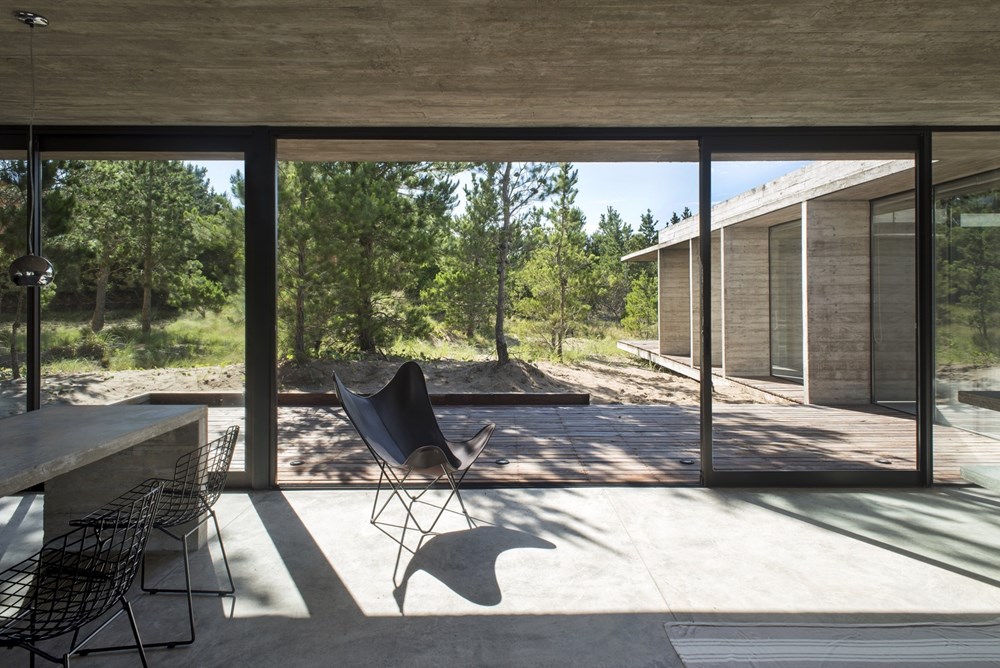 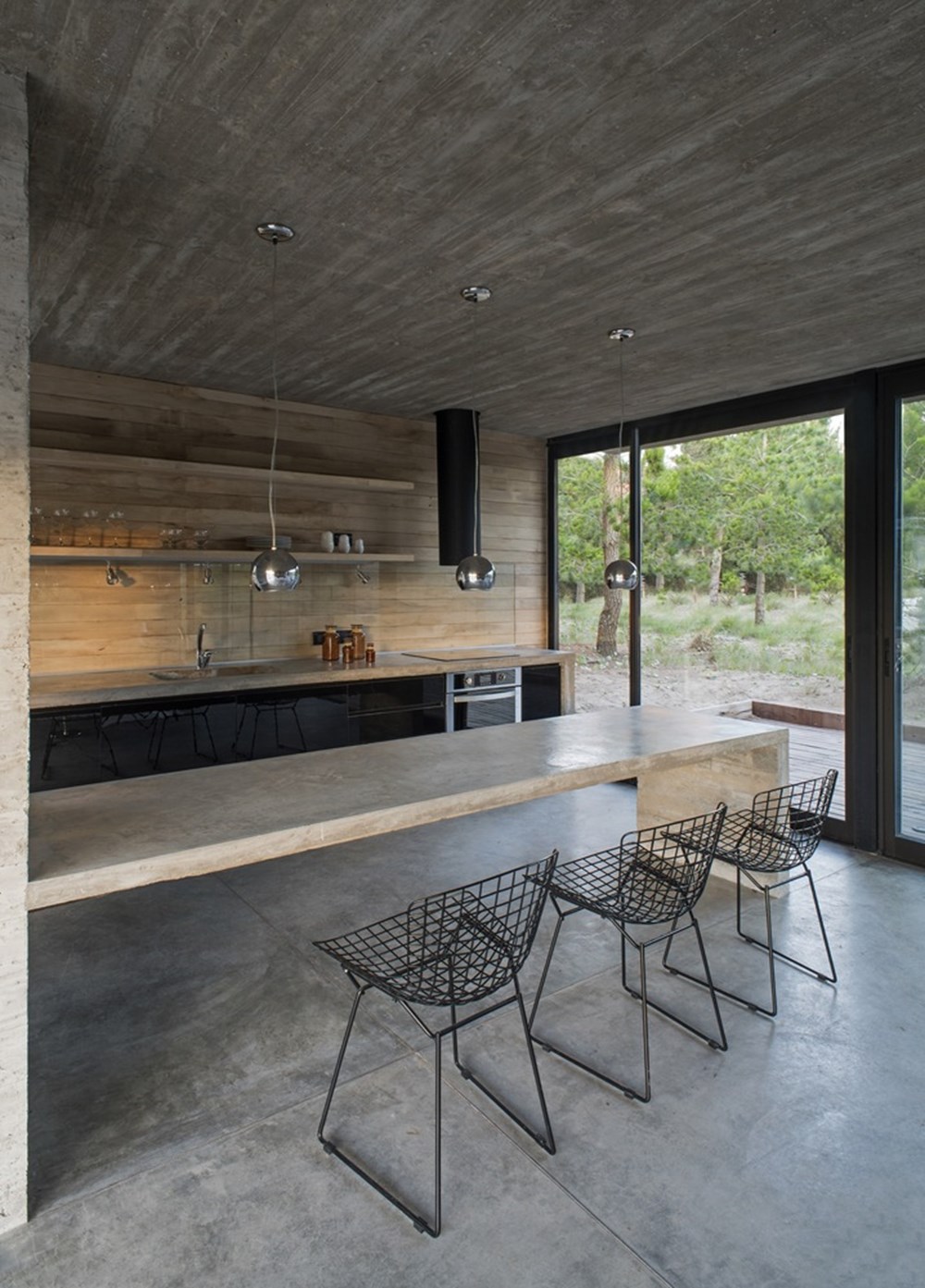 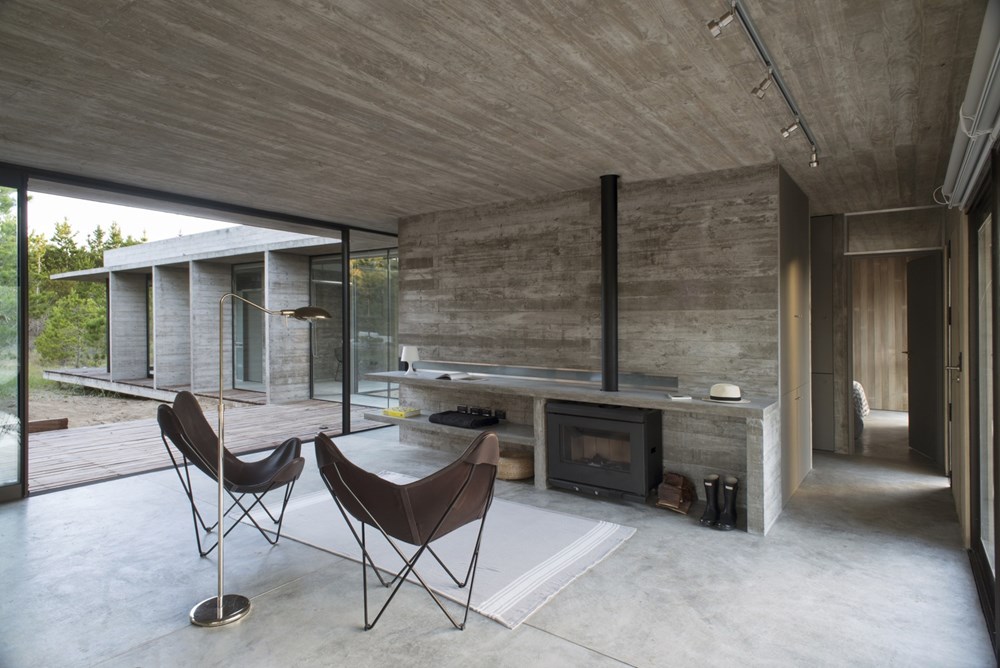 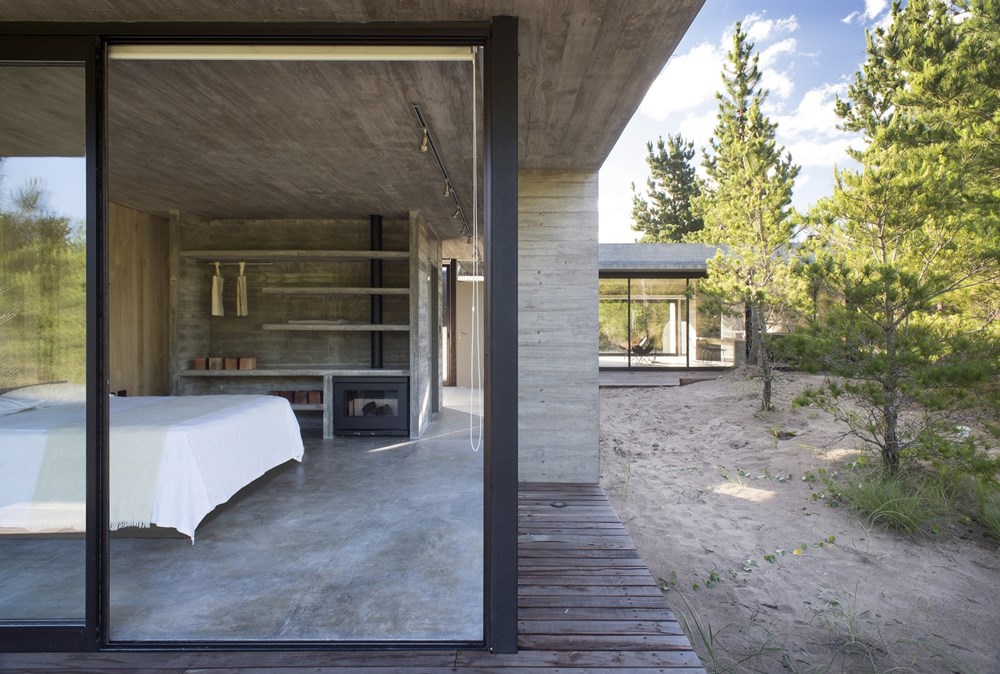 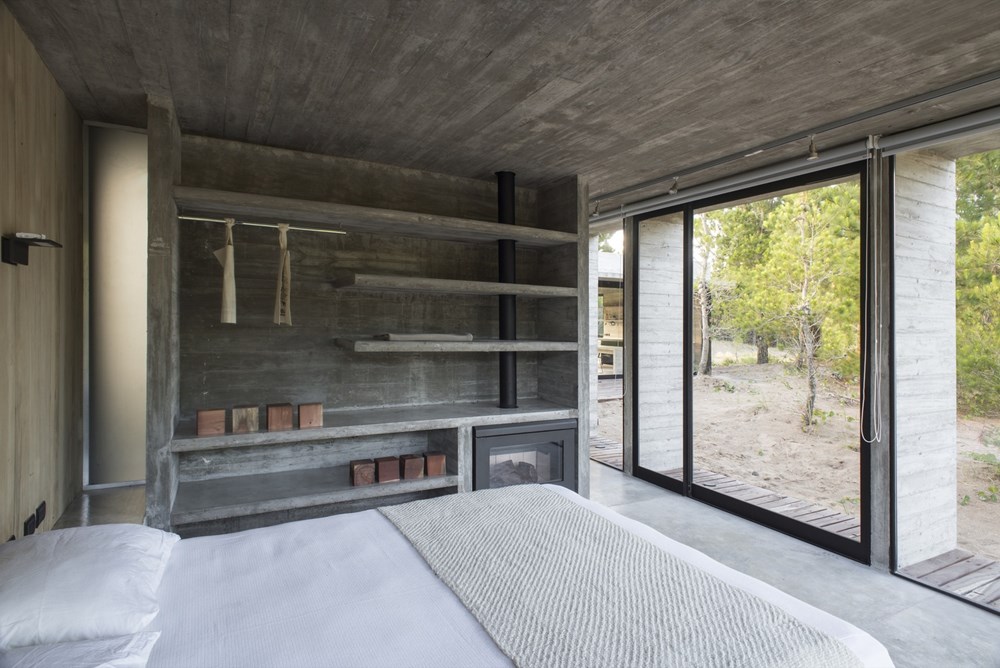 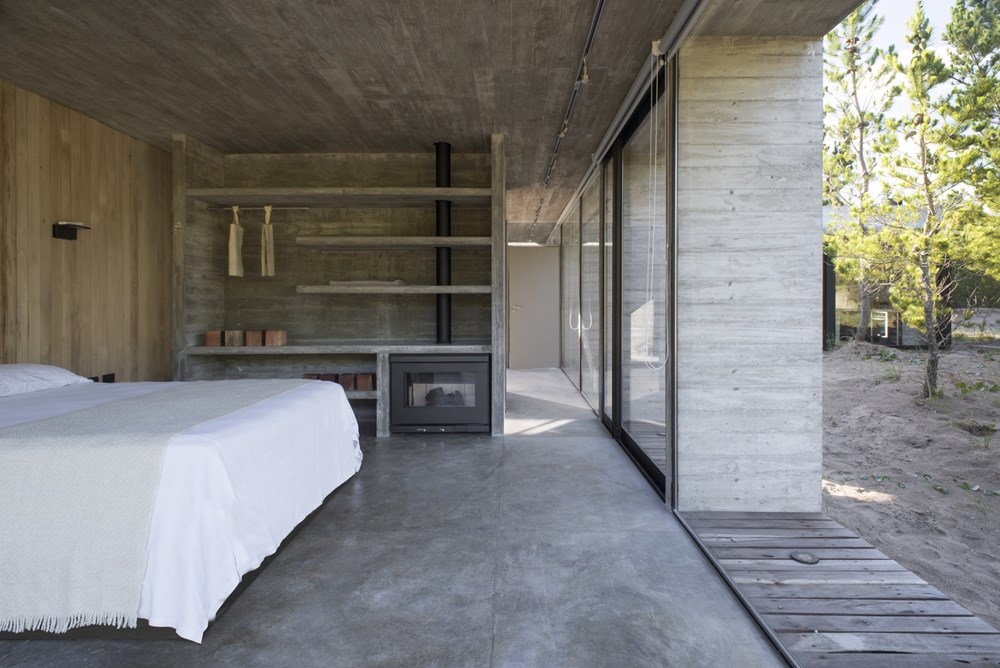 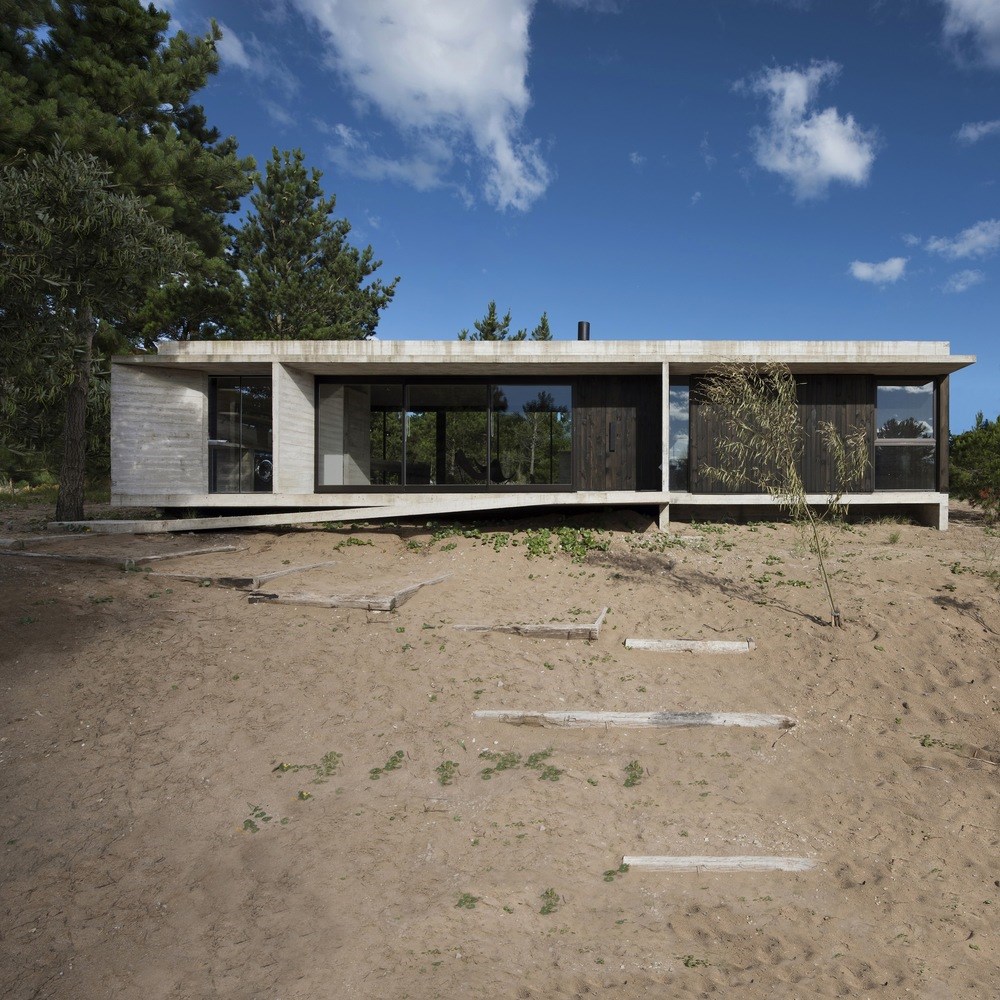 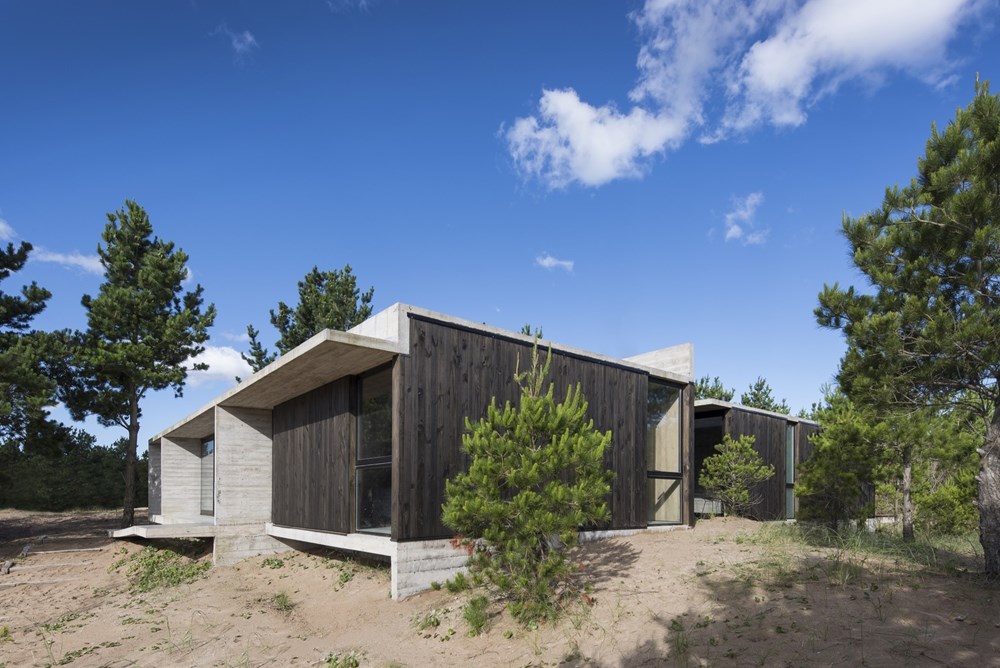 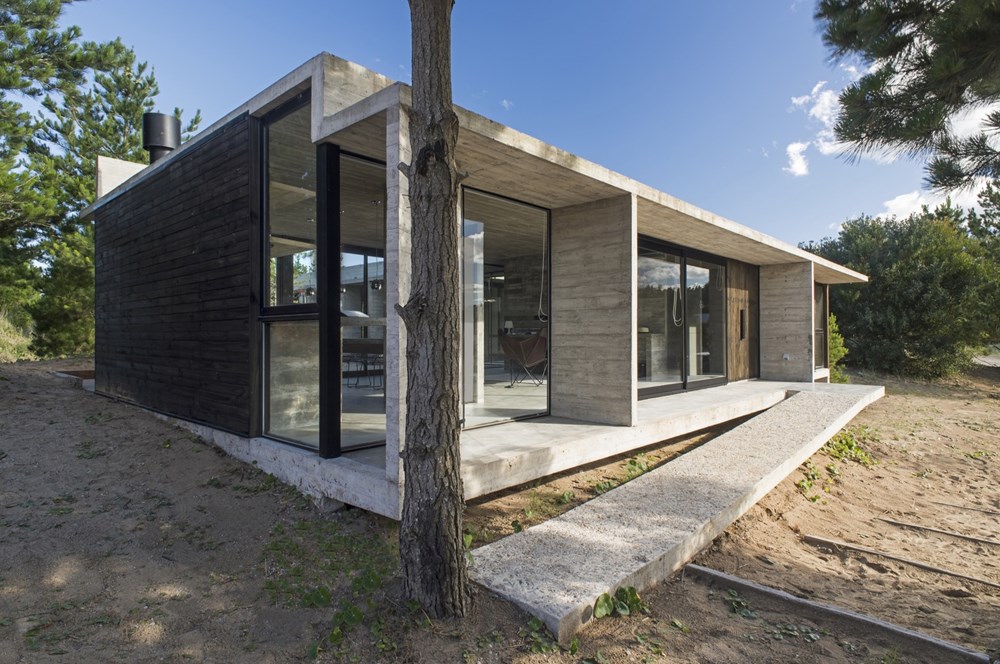 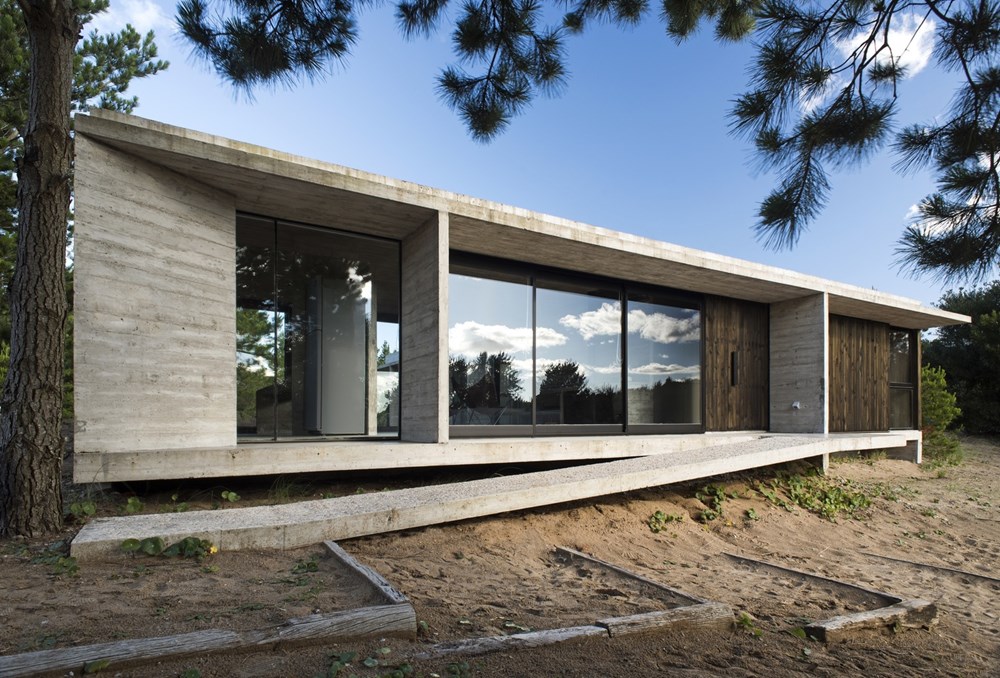 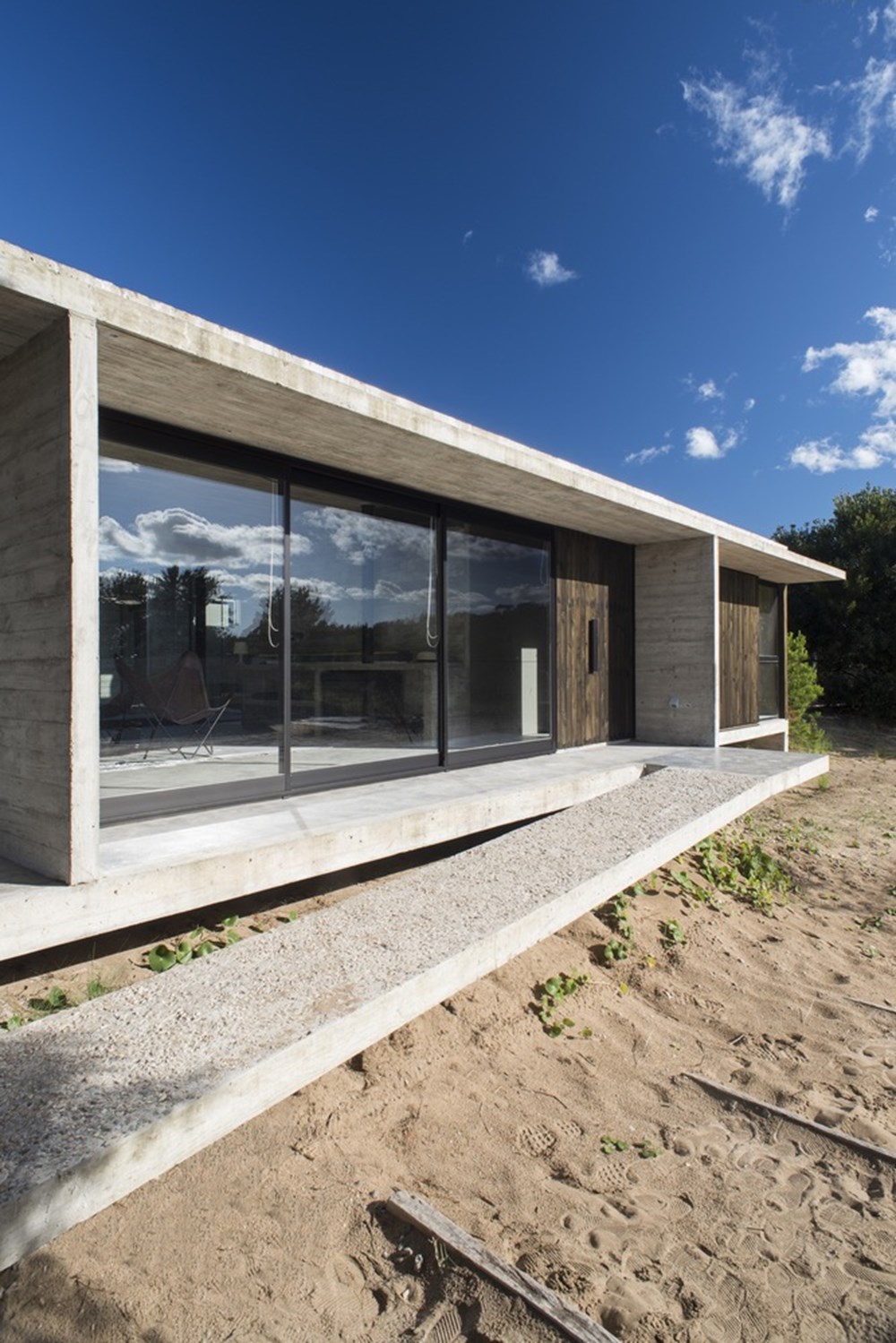 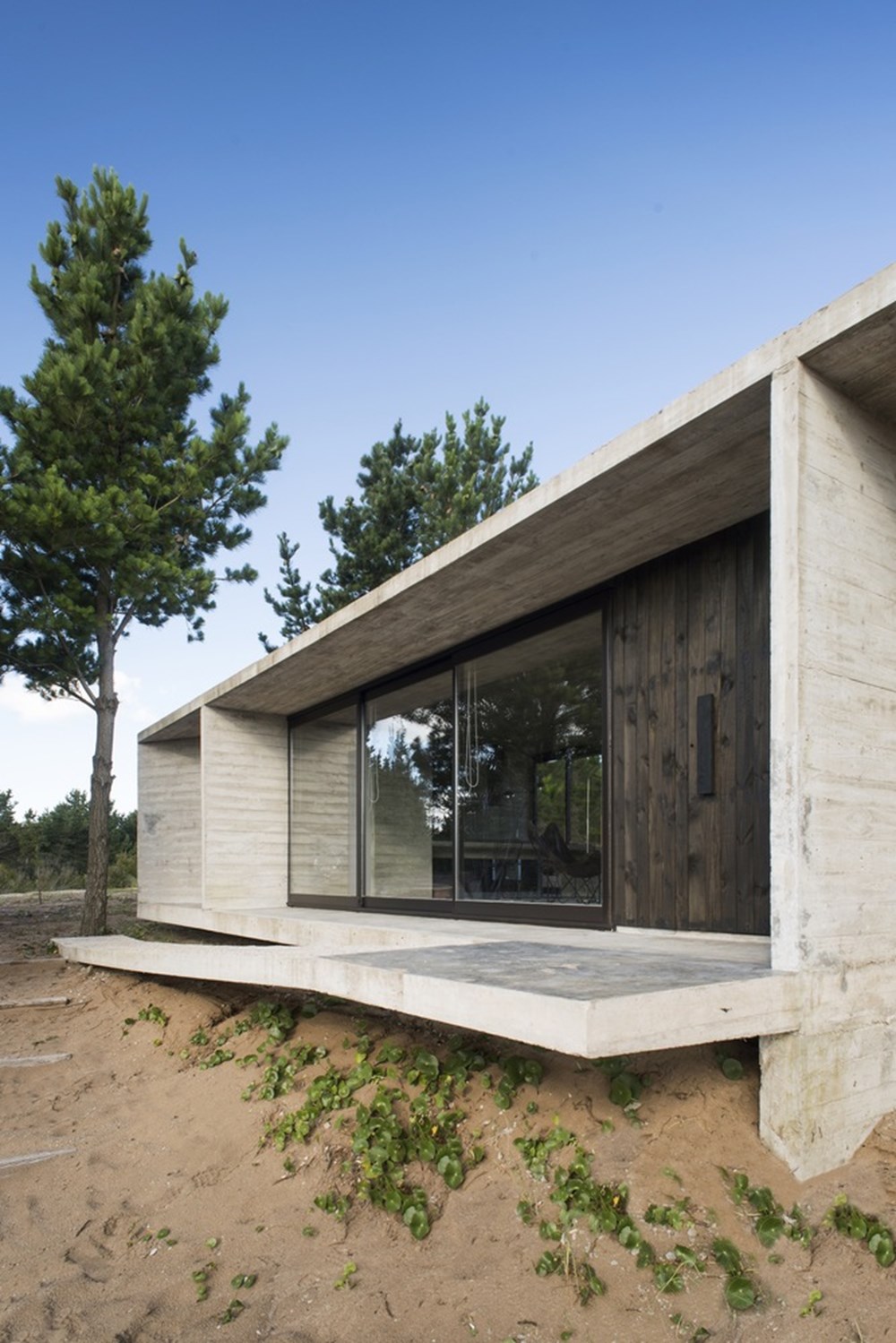 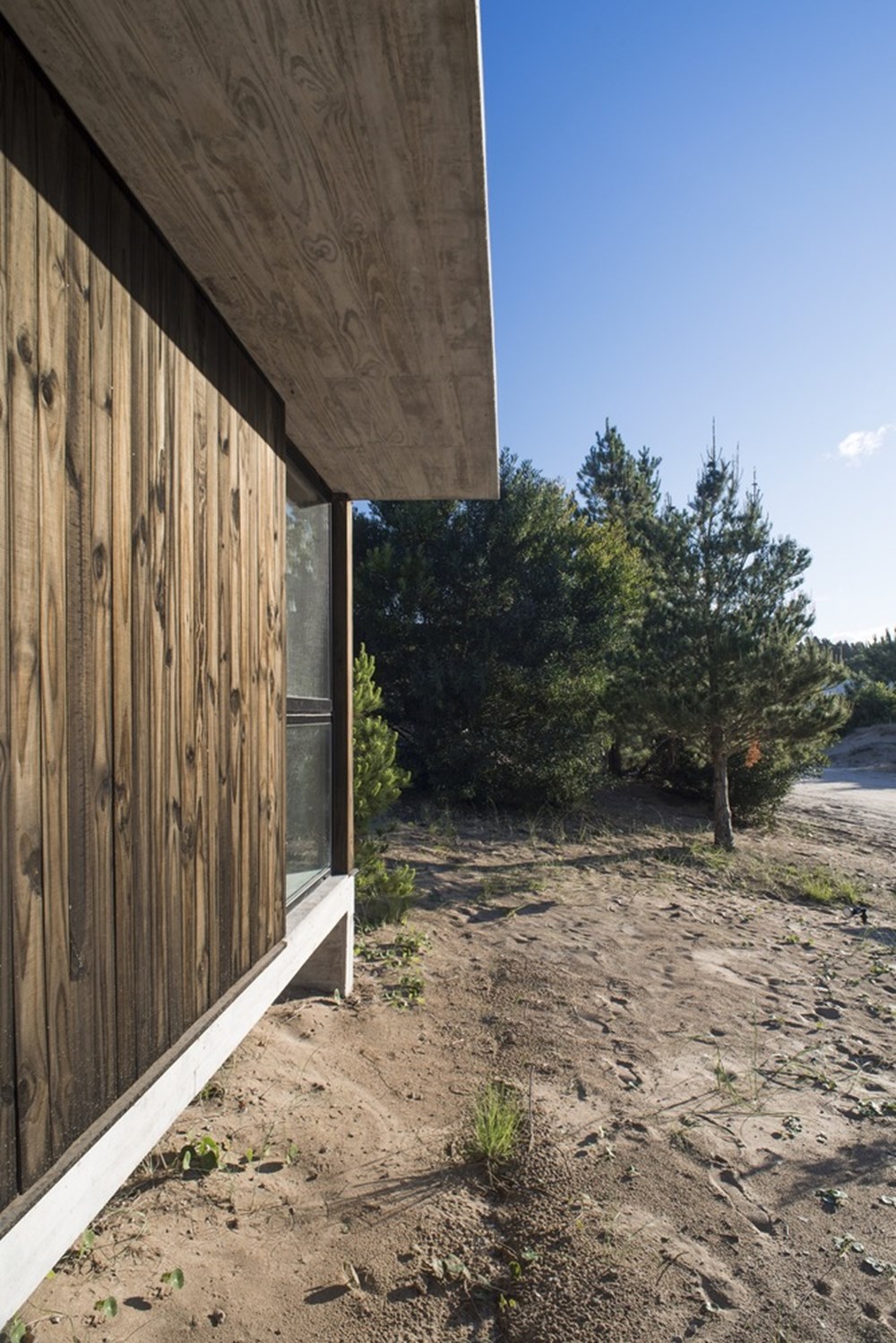 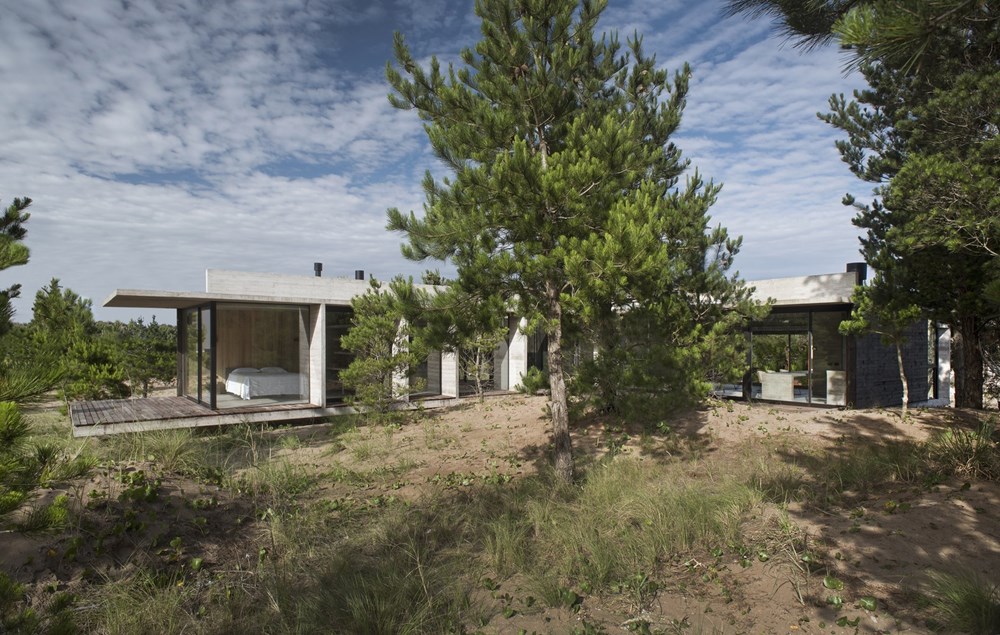 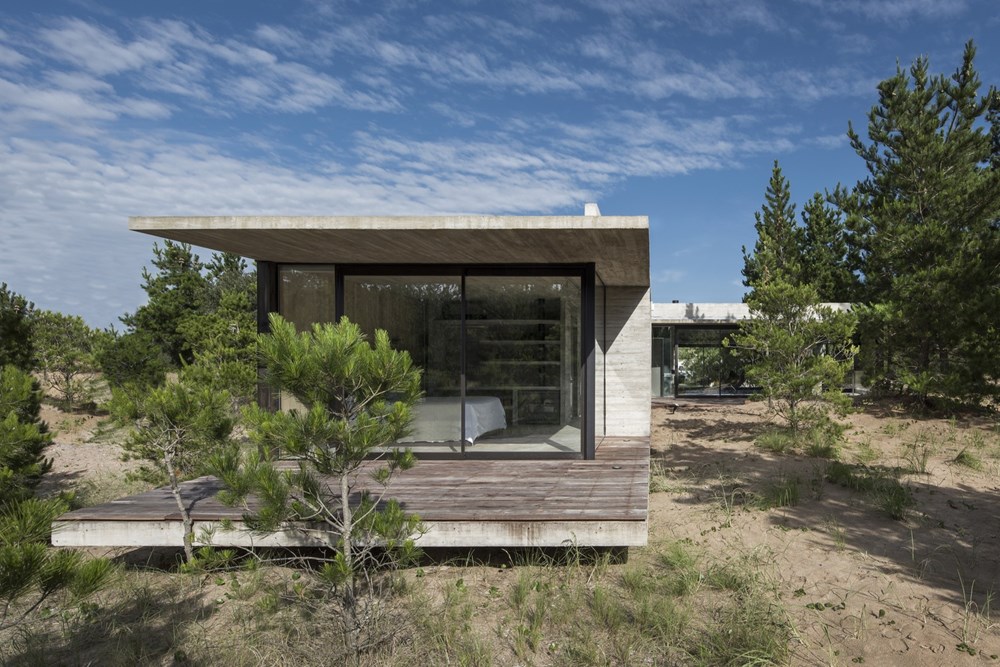 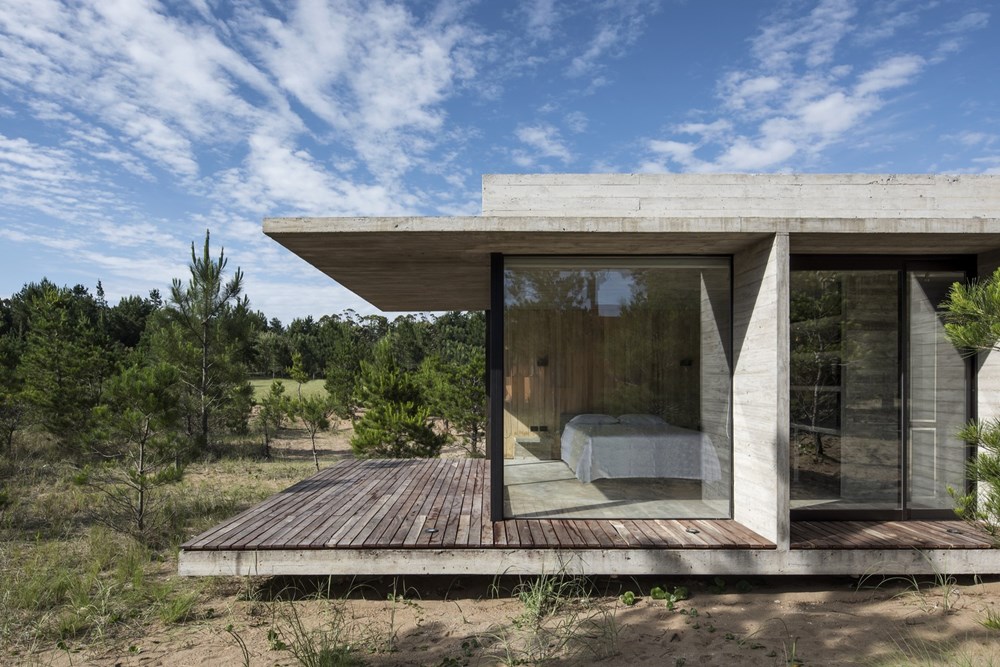 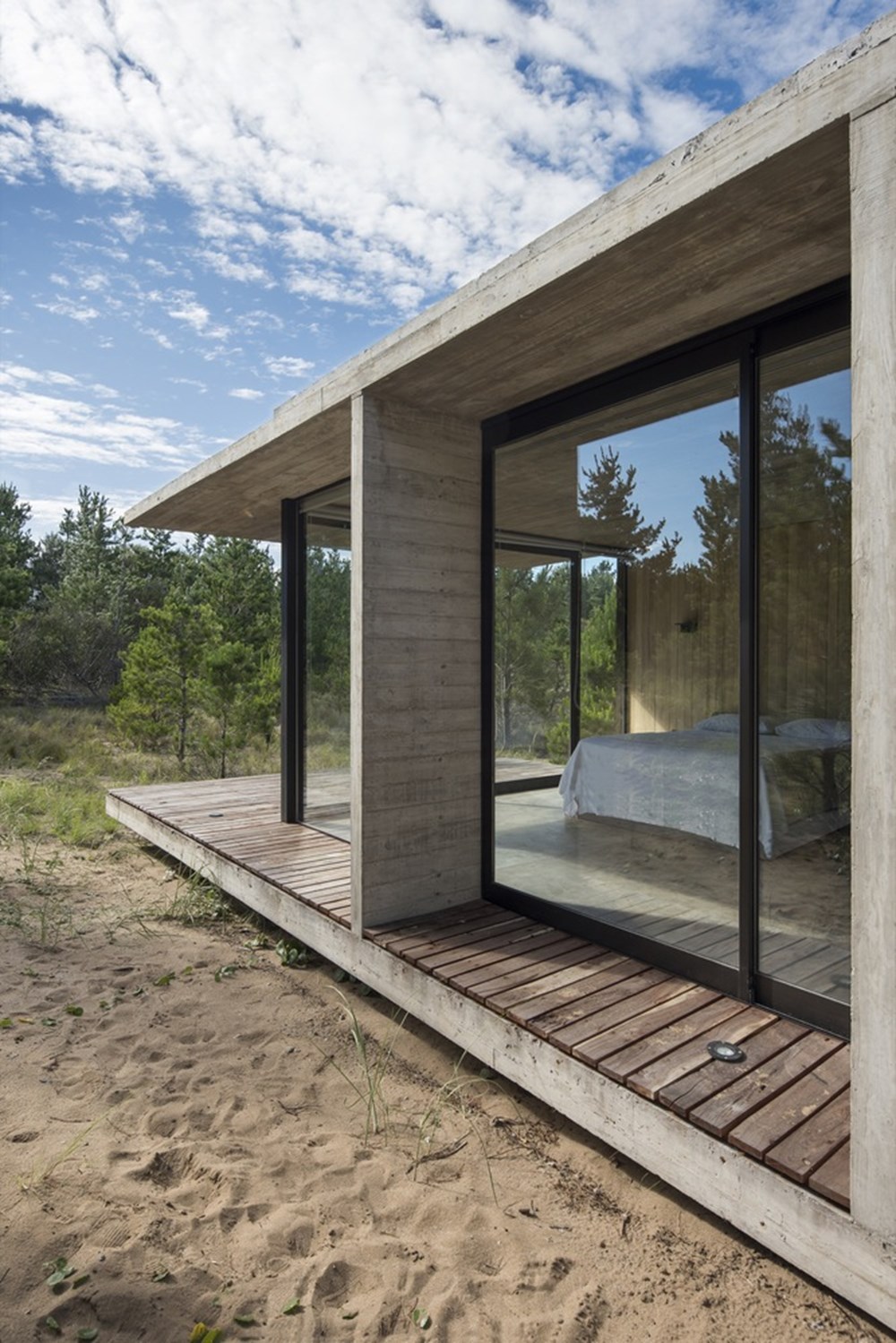 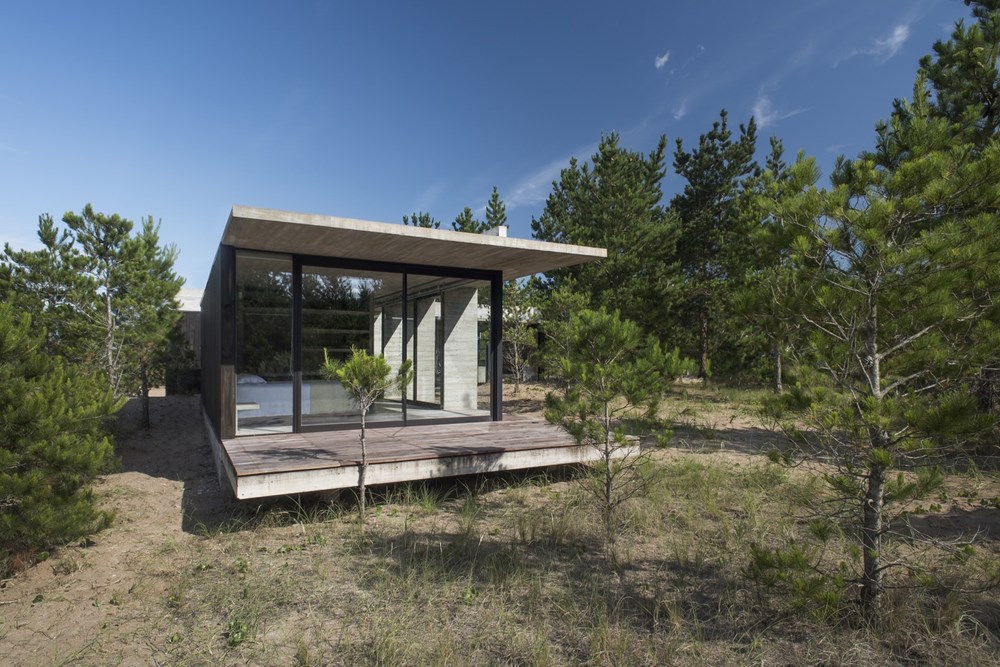 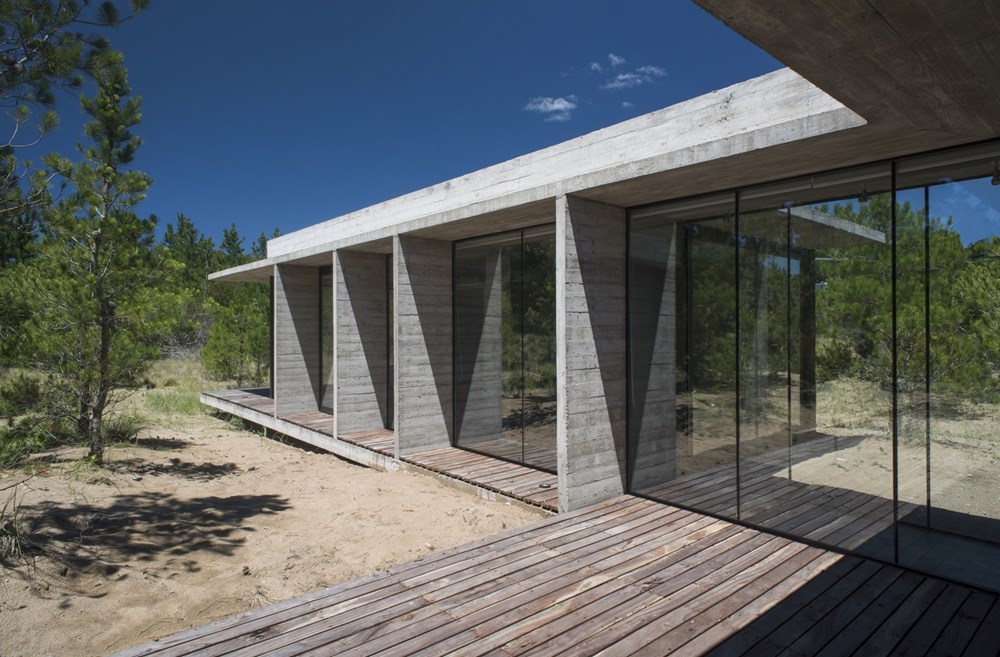 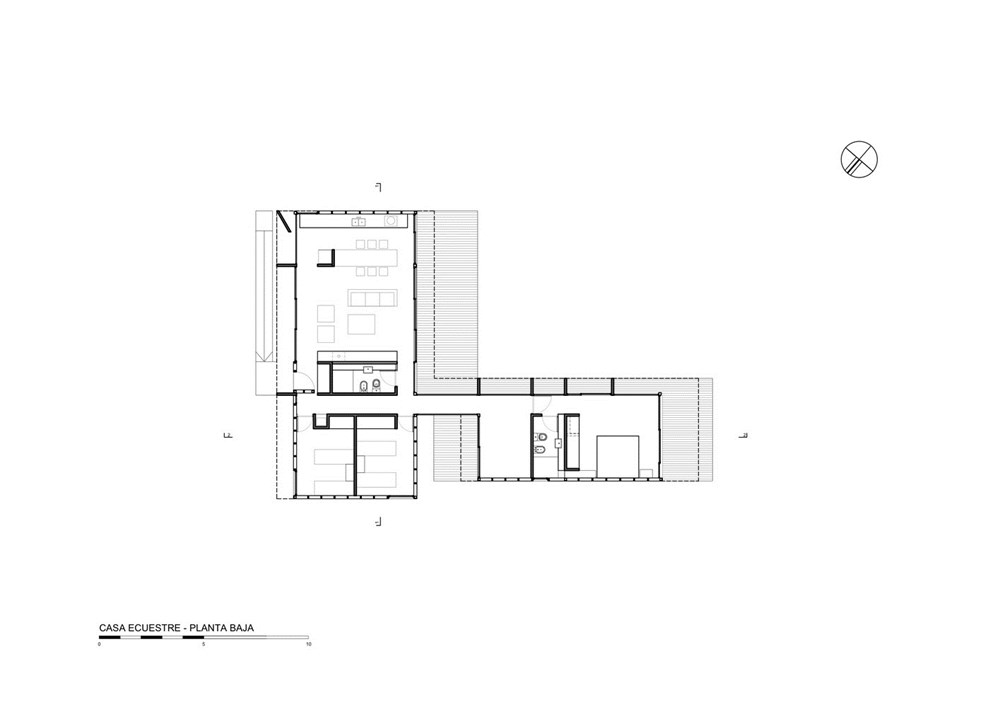 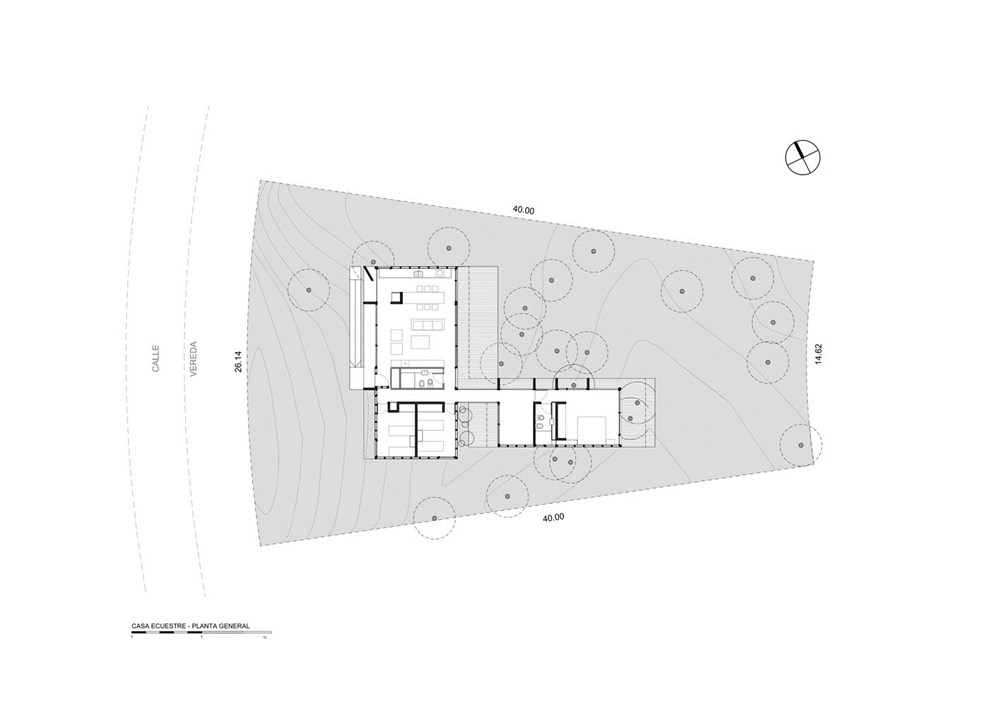 Ecuestre House is located in Costa Esmeralda, 13 km north of the city of Pinamar and 4 hours away from the city of Buenos Aires. Its name makes reference to the stable and the two polo courses it is near to and, this area’s simple architecture has—maybe unconsciously—guided the concept of its design.

The trapezoid-shaped terrain softly slopes upwards toward its middle, where the house stands on a thin podium. No interventions were made to its natural topography and, aiming at a continued connection with the forest it shares on the back with neighboring lots, most of the preexisting pine trees and acacias were kept.

The clients, a couple with kids, commissioned a single storey 150 m2 house. It was requested that it should have 3 bedrooms, of which the master suite needed to be completely independent, equipped with a private bathroom and a yoga room. They also asked for the house to be built with as little cost as possible and in a short time. One of their conditions was that less concrete should be used, in comparison to other houses made by the Studio that they already knew. And we did exactly that.