The designer from “STUDIO PERRI INTERIOR DESIGN” and her husband bought an old apartment in Herzelia , 15 minutes from tel aviv and renovated it completely. The apartment is 120 sqm and is located on the edge of the hill, with large windows to the east and south, which overlook Herzliya Park. Photography by Gidon Levin. 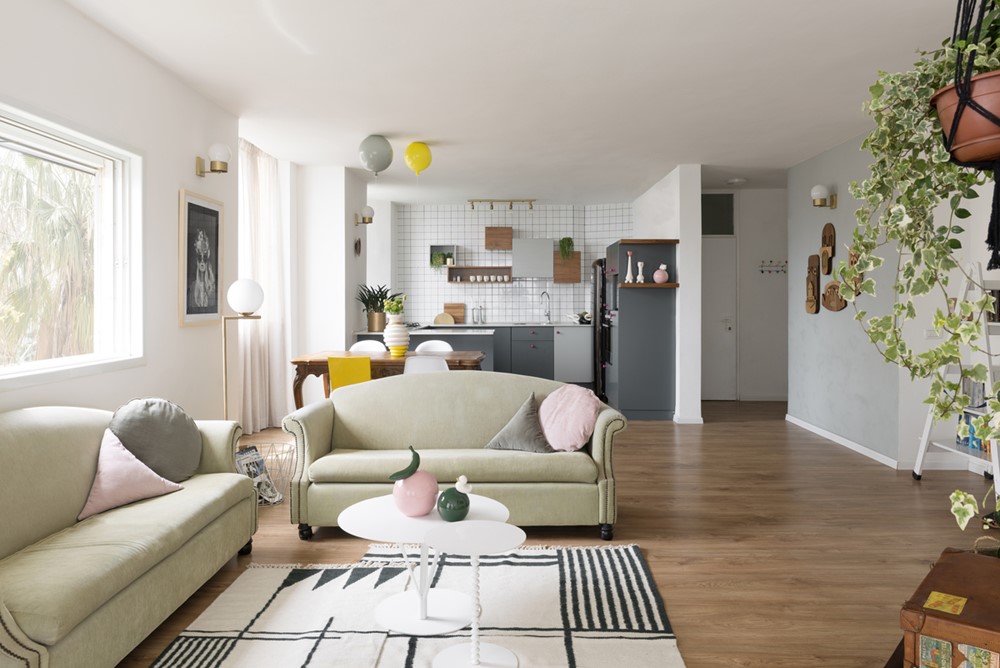 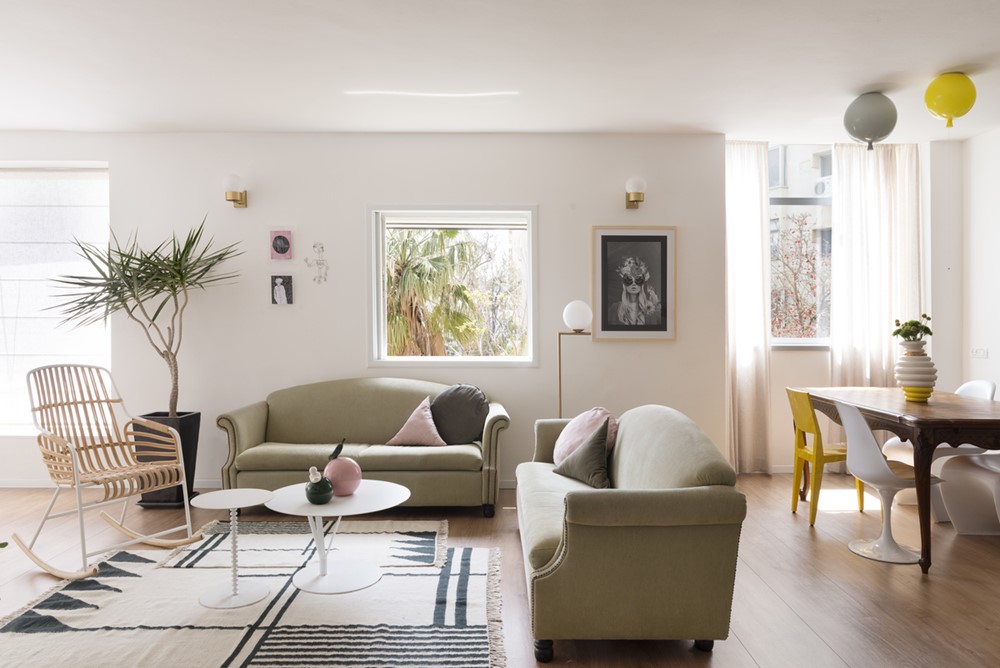 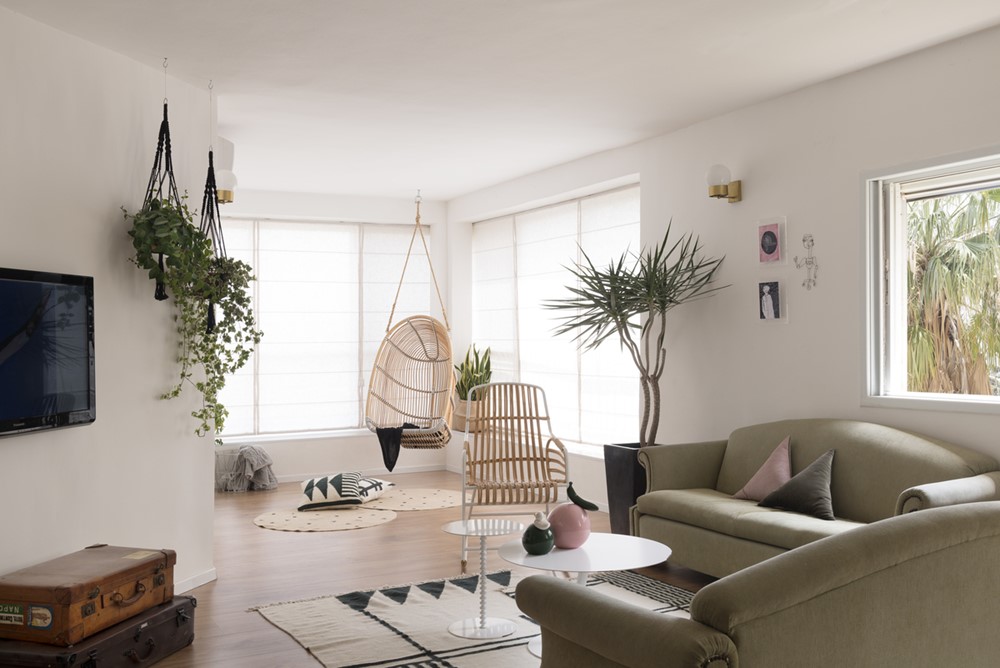 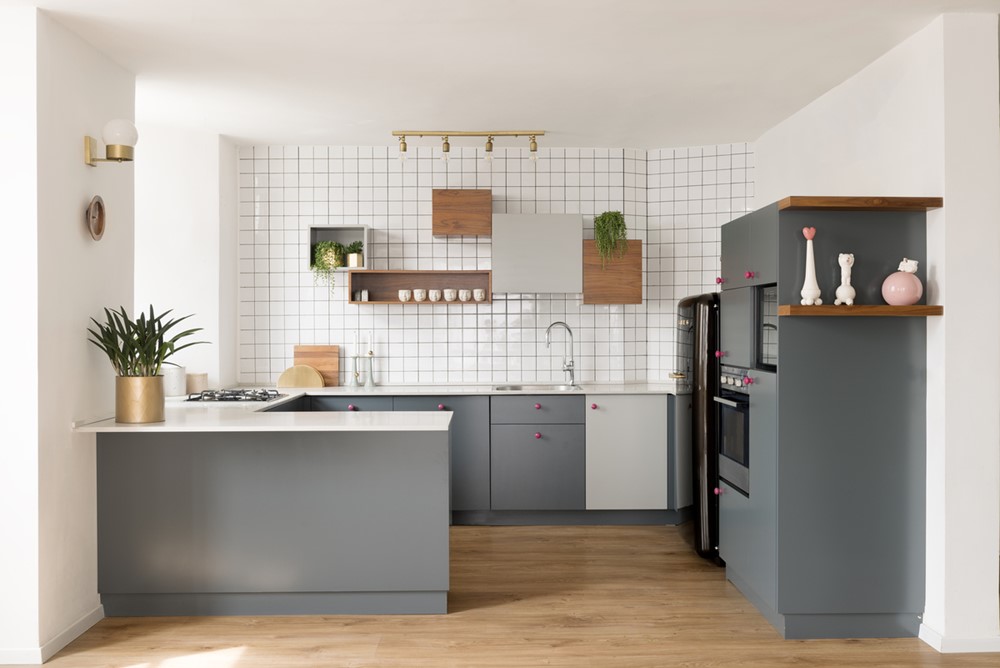 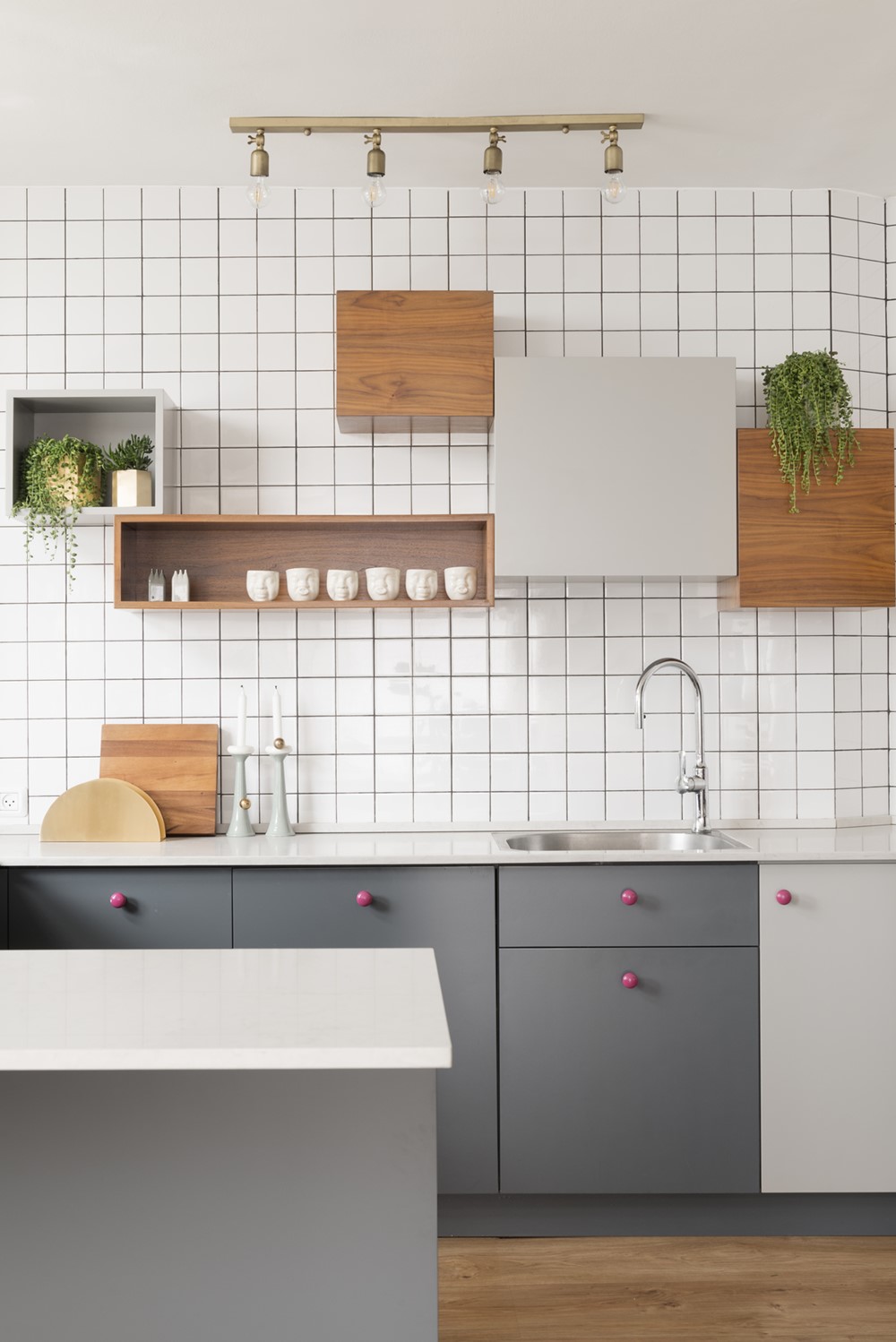 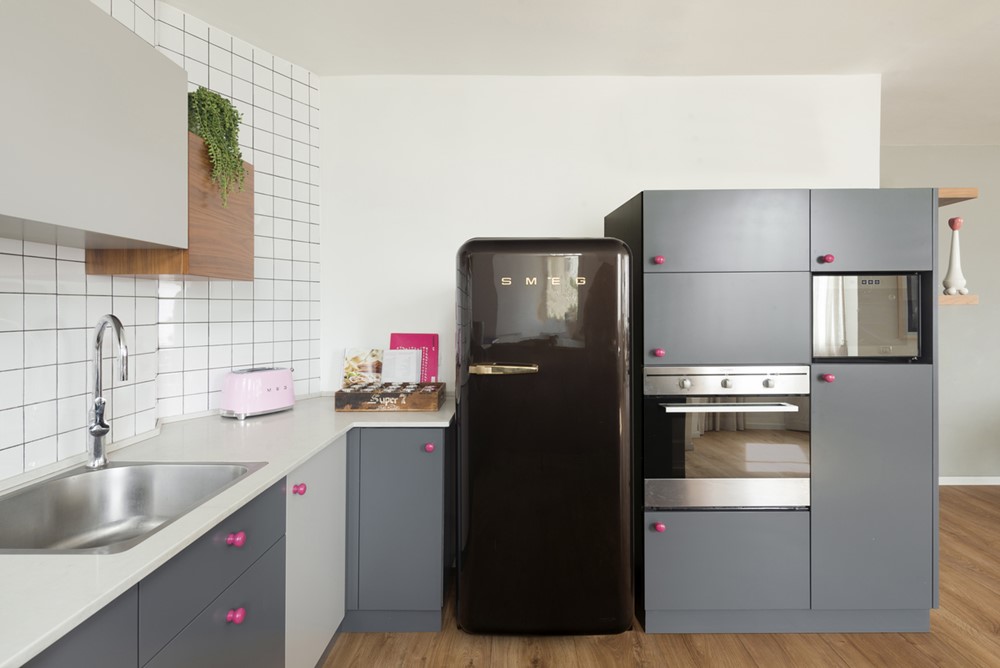 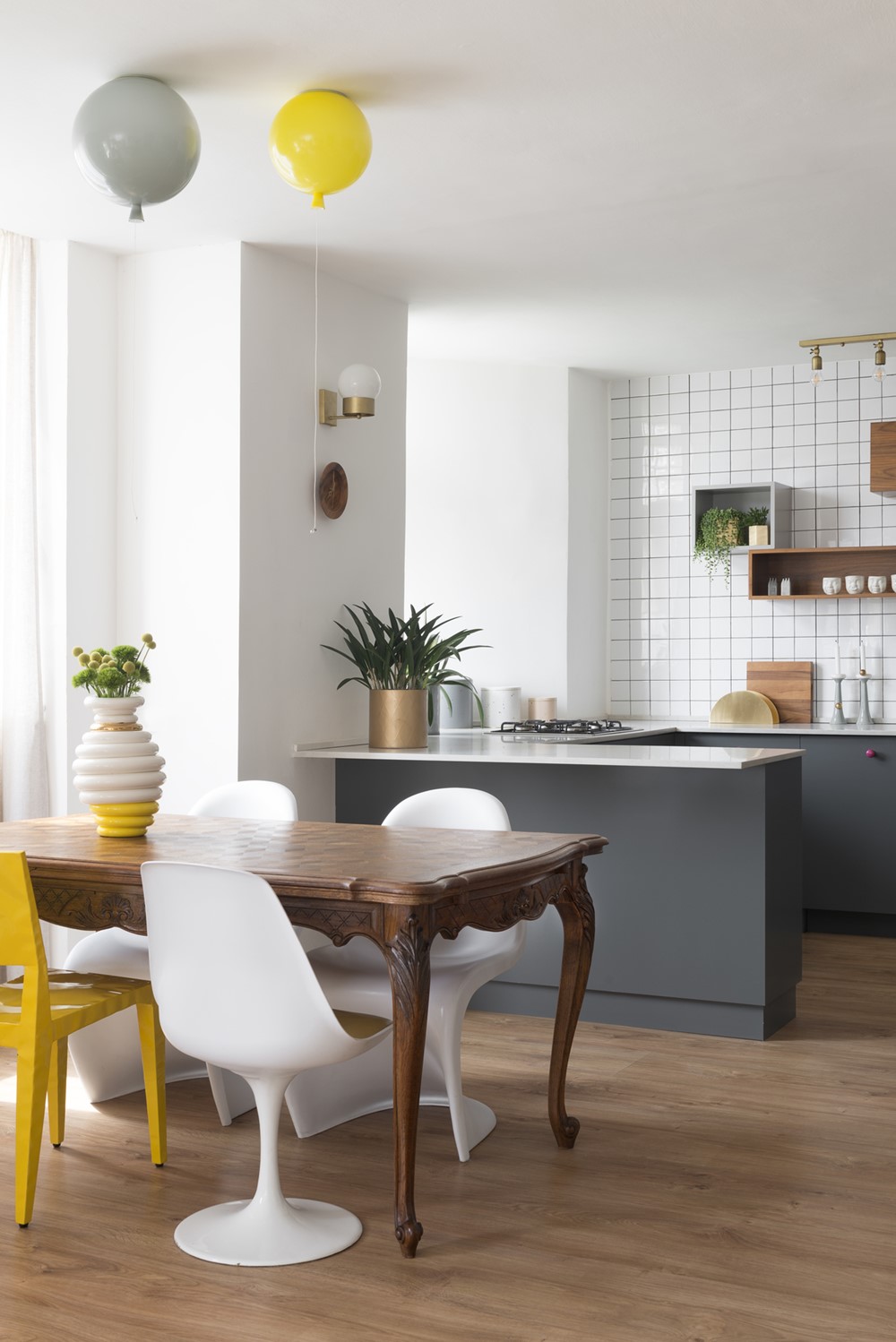 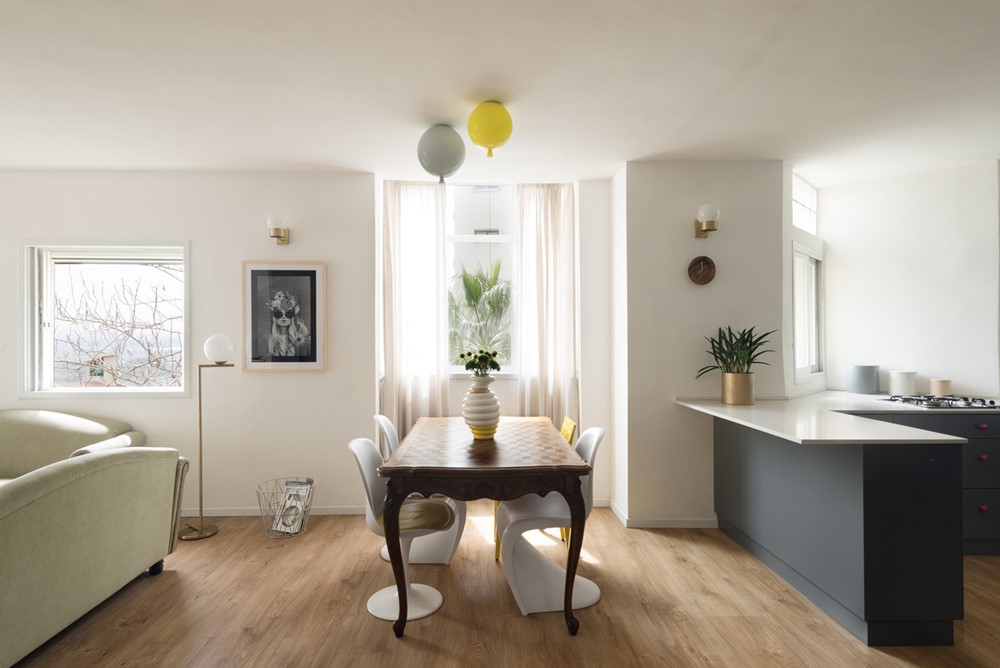 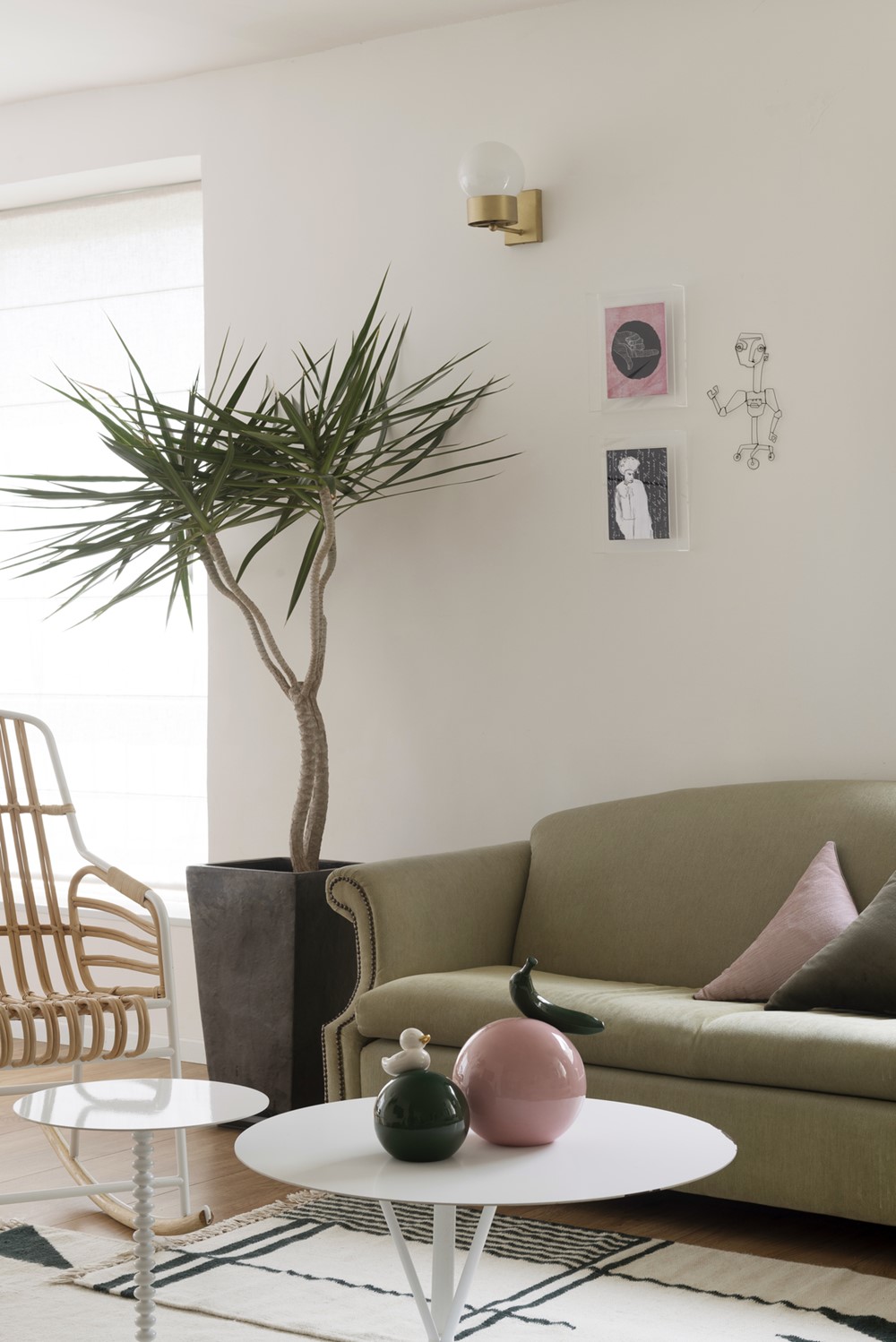 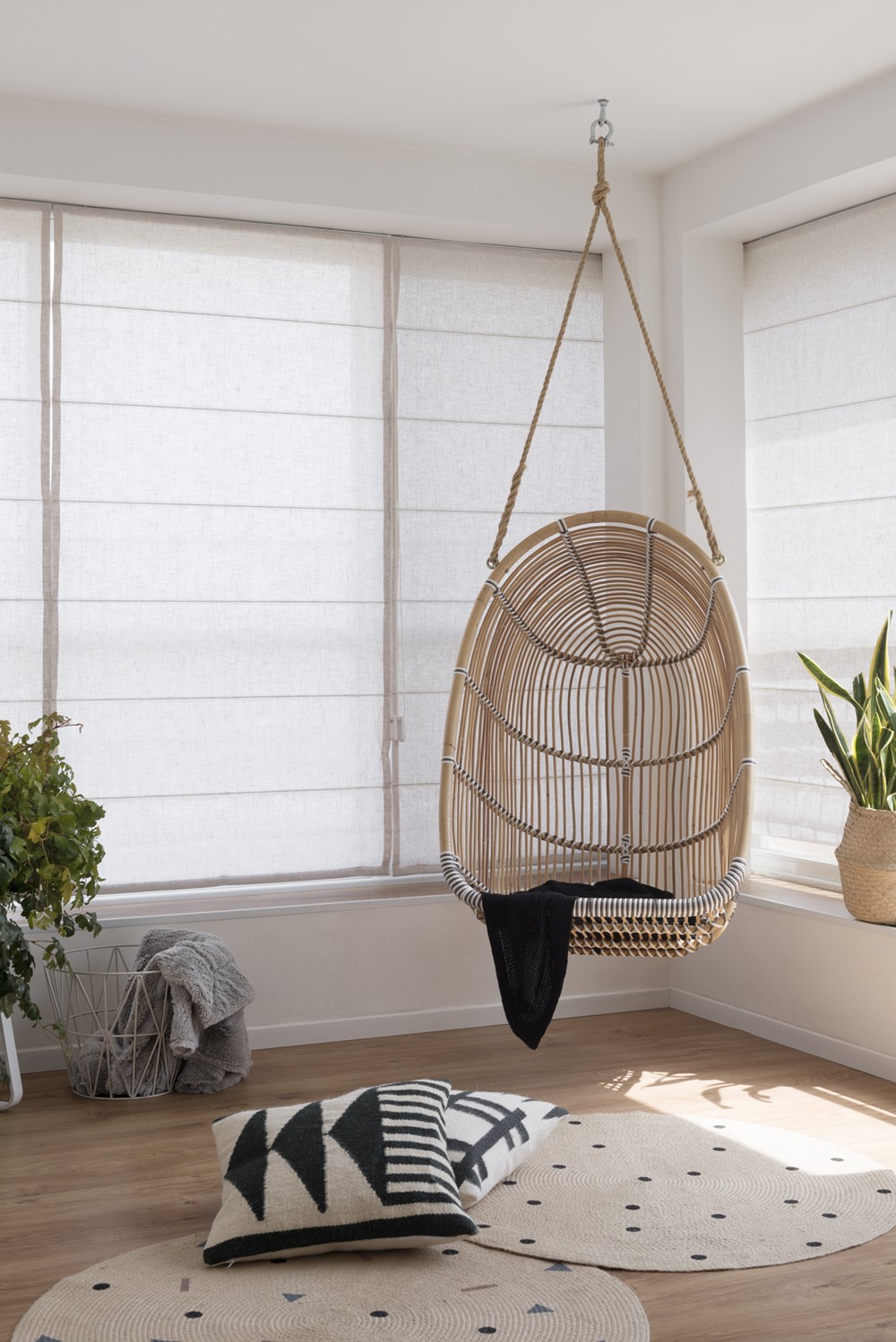 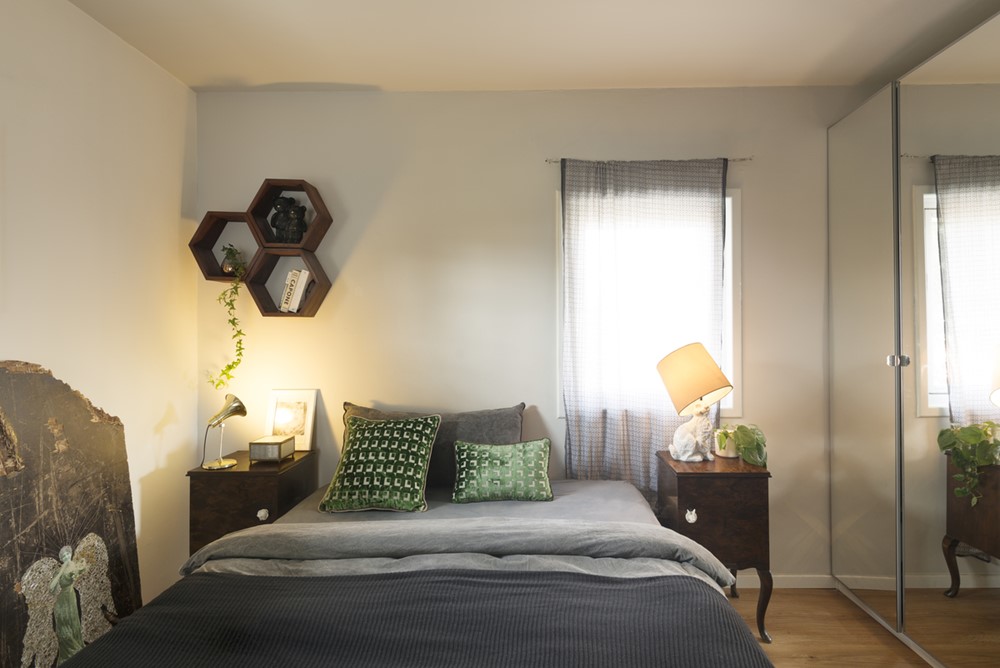 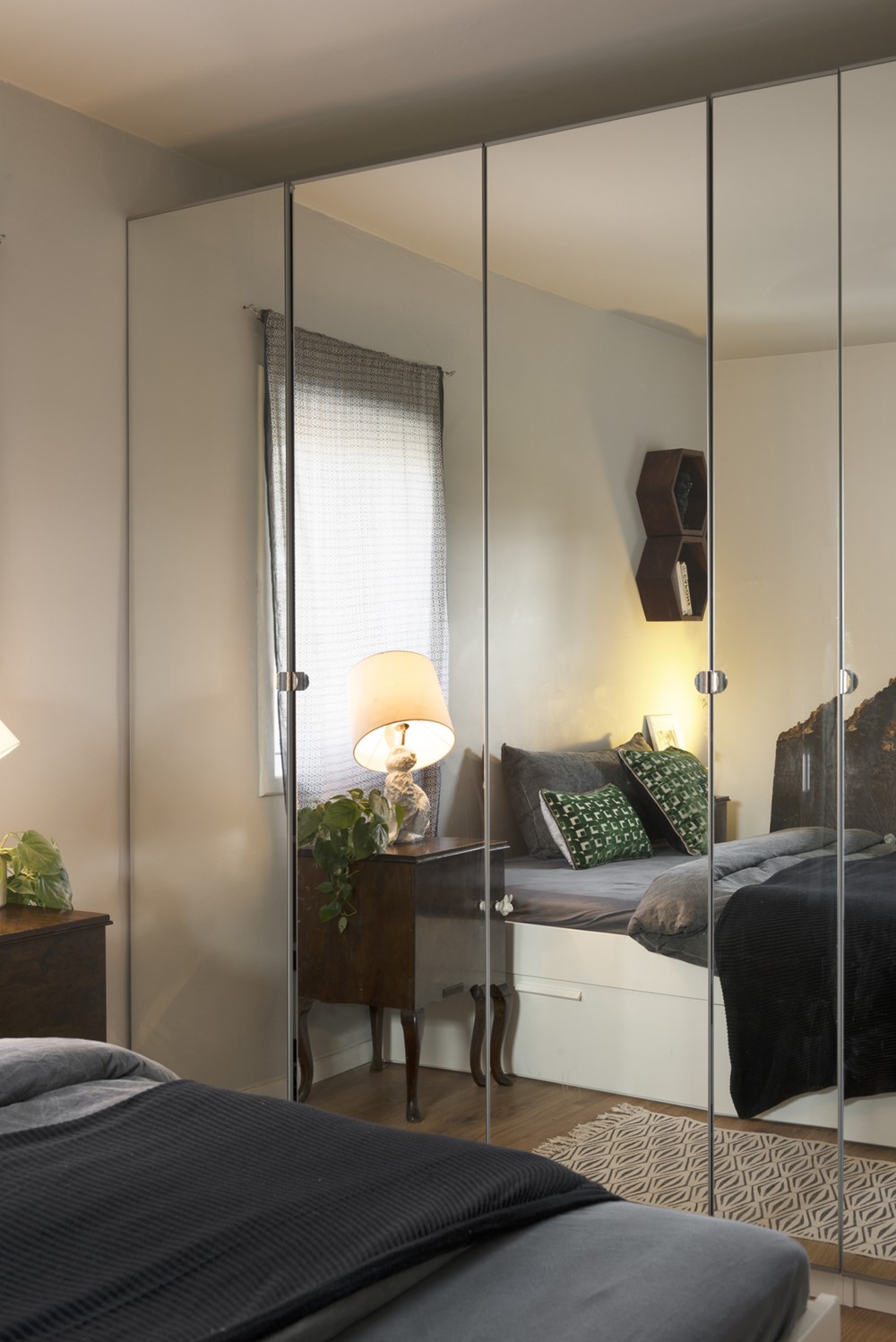 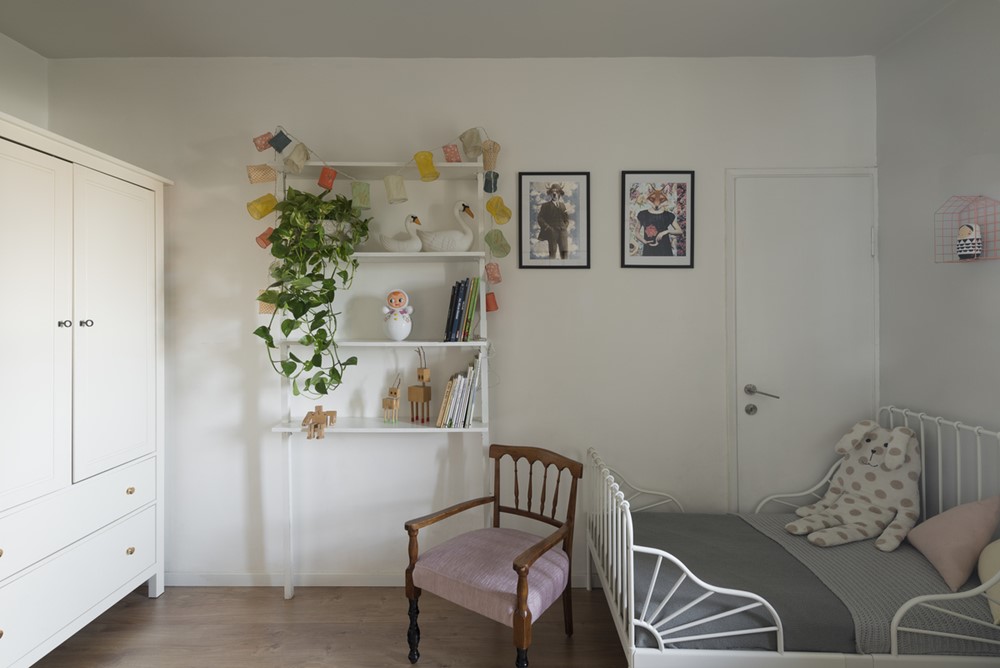 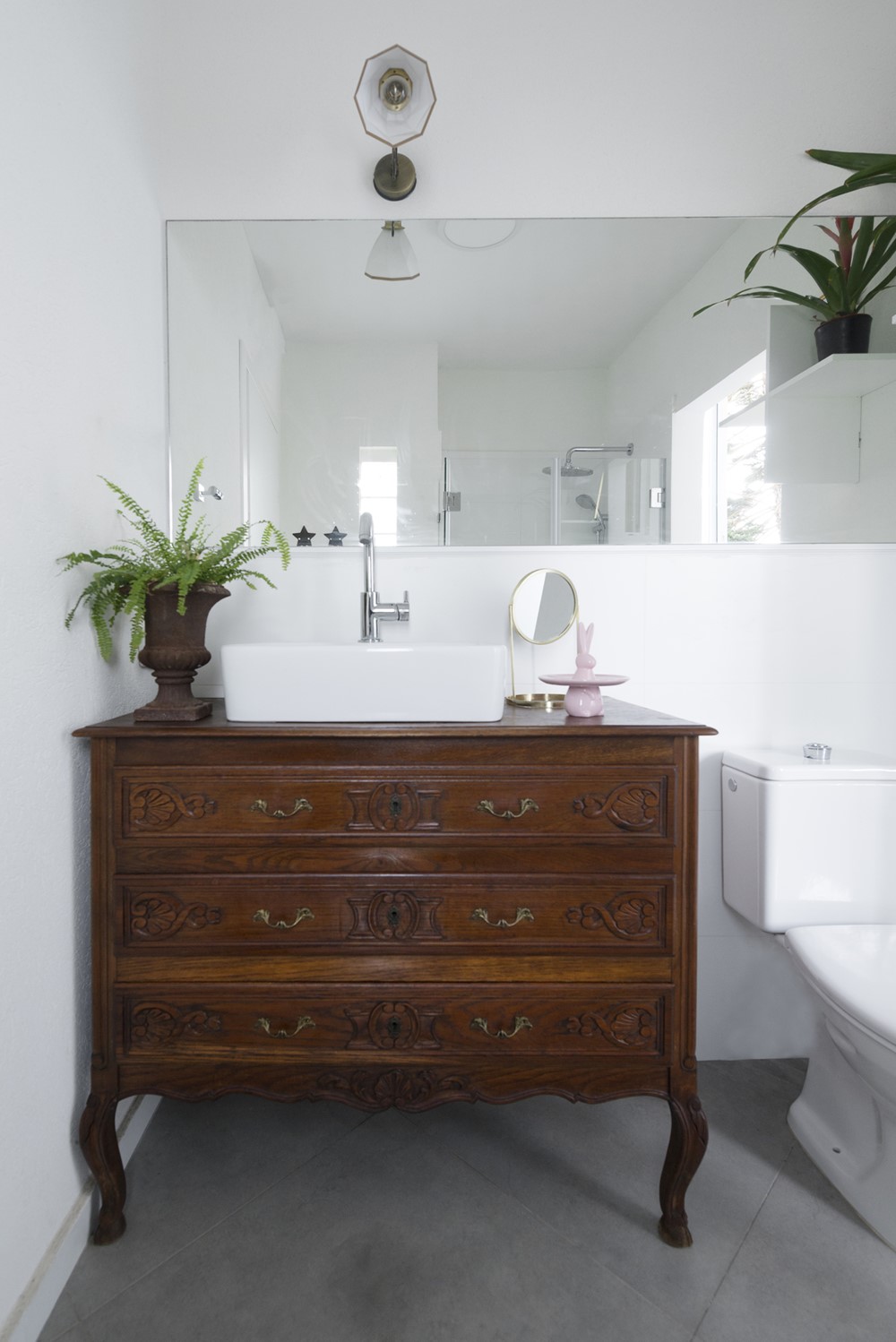 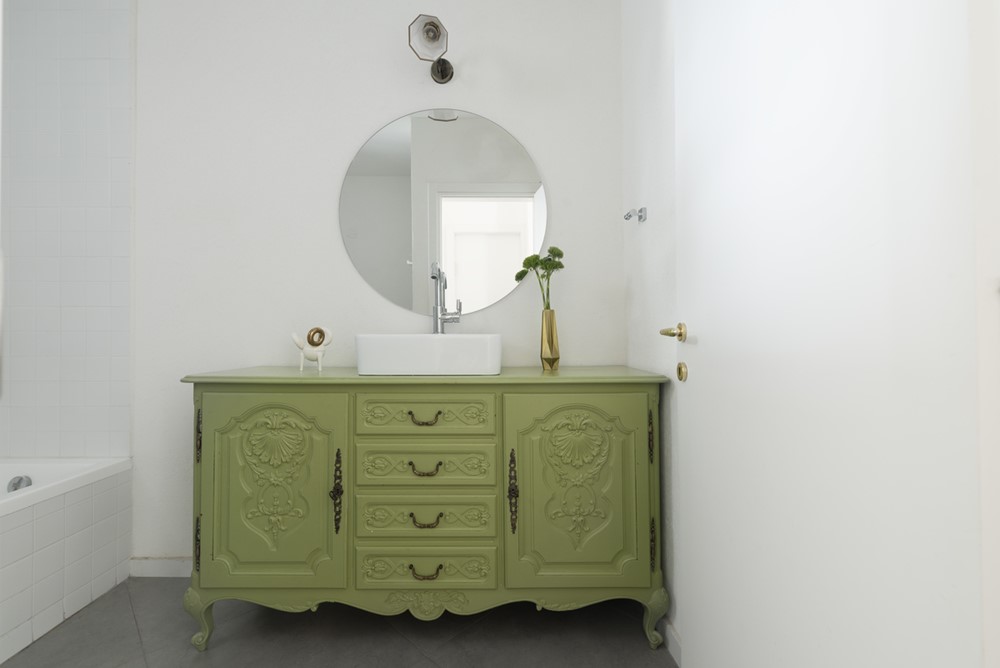 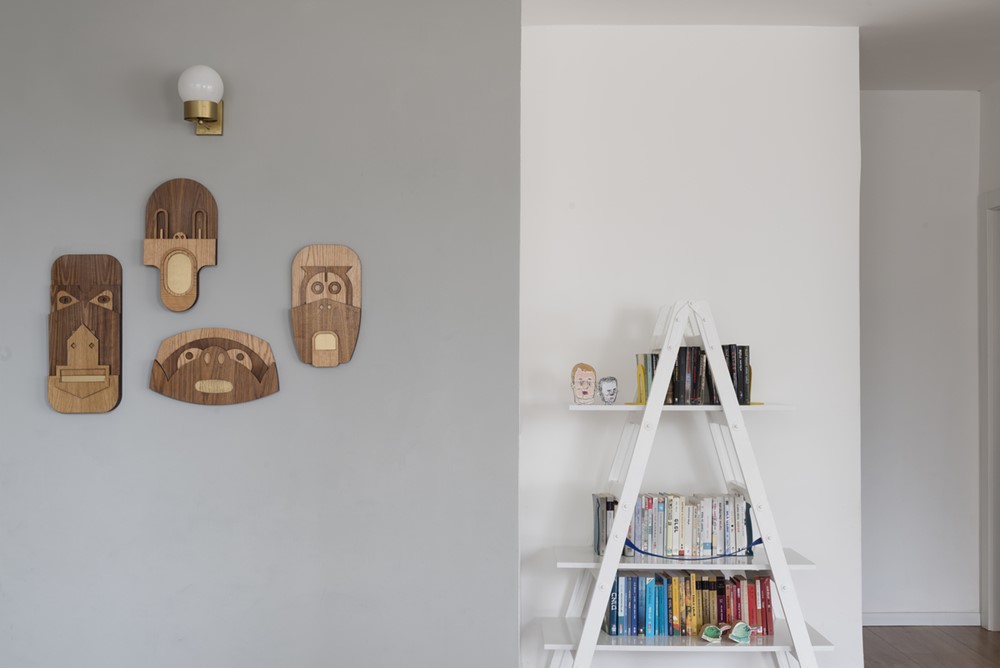 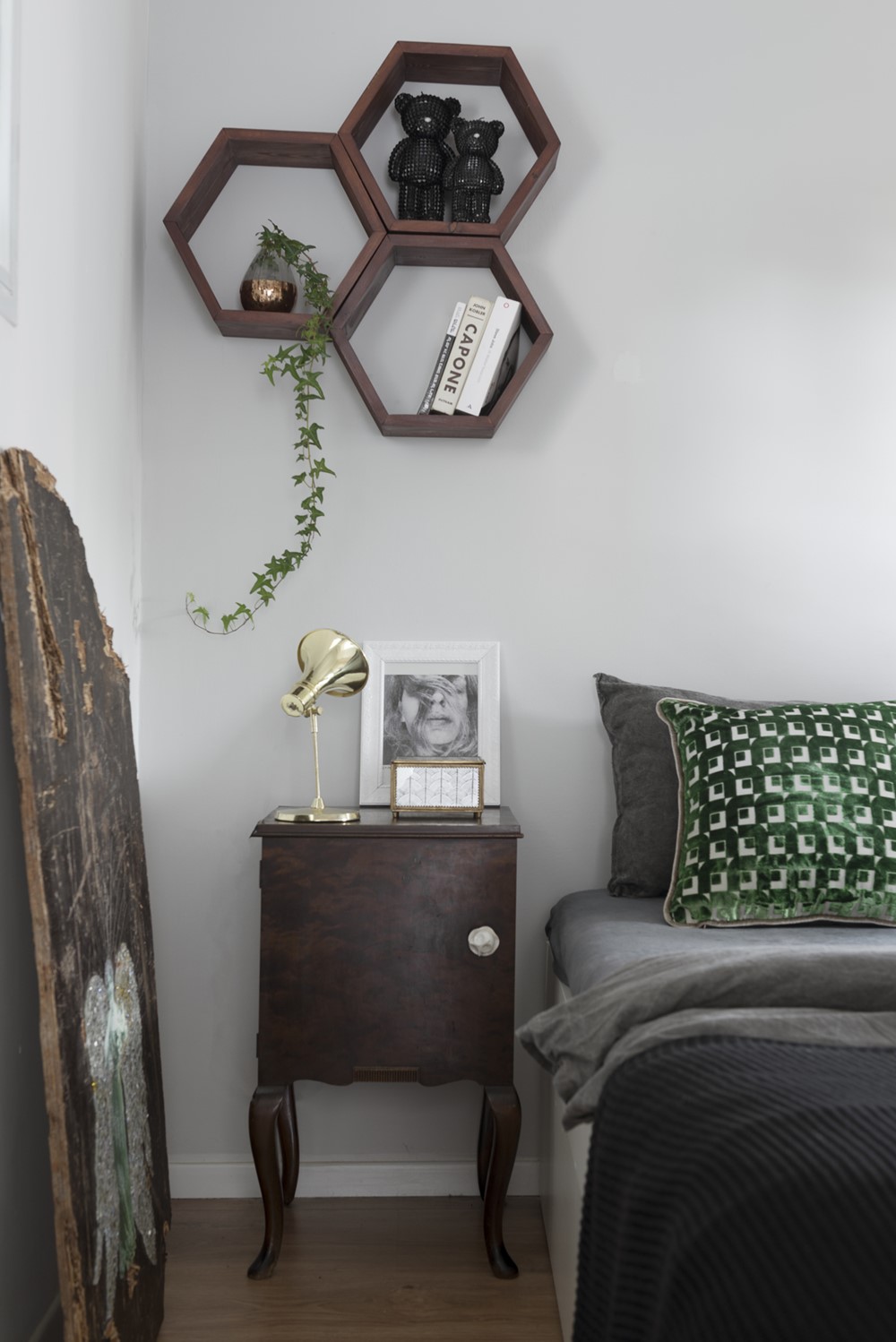 One of the things which attracted them to buy the apartment was the natural light, and the potential of the spacious and generous rooms .
The apartment includes a kitchen with dining area next to it, a living room that connects to a closed balcony, 3 bedrooms, 2 bathrooms and a laundry room.
The renovation included replacement of all the electricity, plumbing and ac systems .
Most of the inside walls were destroyed in the renovation- the kitchen which was in a separate room was opened to the public space, a round wall in the living room was cut short, plaster niches and the downs were destroyed, and in fact the entire apartment was redesigned except for the nursery.
The design style chosen for the apartment was young, modern with a sense of humor .
The kitchen was designed in two shades of gray, a combination of walnut wood and touches of pink.
The dining area next to it continues the style with an antique wooden dining table, modern chairs in white and yellow, and balloon lamps above.
In the living room are two old Castilian sofas that have been re-padded, and potted plants hanging from the ceiling.
The closed balcony that continues the living room is used as a play area for the children, with a chair hanging from the ceiling, benches on the windowsill and plenty of space for storing the toys.
The bedrooms are decorated in white with touches of color in pictures, carpeting and decoration, wardrobes with mirrored doors, which increases the space and adds light.
The two bathrooms have been replaced by antique chests that have been converted and are used today as washbasins: one of which has been painted green and the other has remained in its natural wood shade. Today one of the bedrooms is used as a study, connected to a sliding-door balcony.