Maison Lagarde is a project designed by la SHED architecture. Built on a very narrow and shallow lot, on a small Plateau-Mont-Royal street, this new 4-level Montreal residence is characterized by its small square footage per floor. In fact, living spaces have been divided over two levels; the kitchen and dining room face the yard whereas the mezzanine living room is perched above. Photography by Maxime Brouillet. 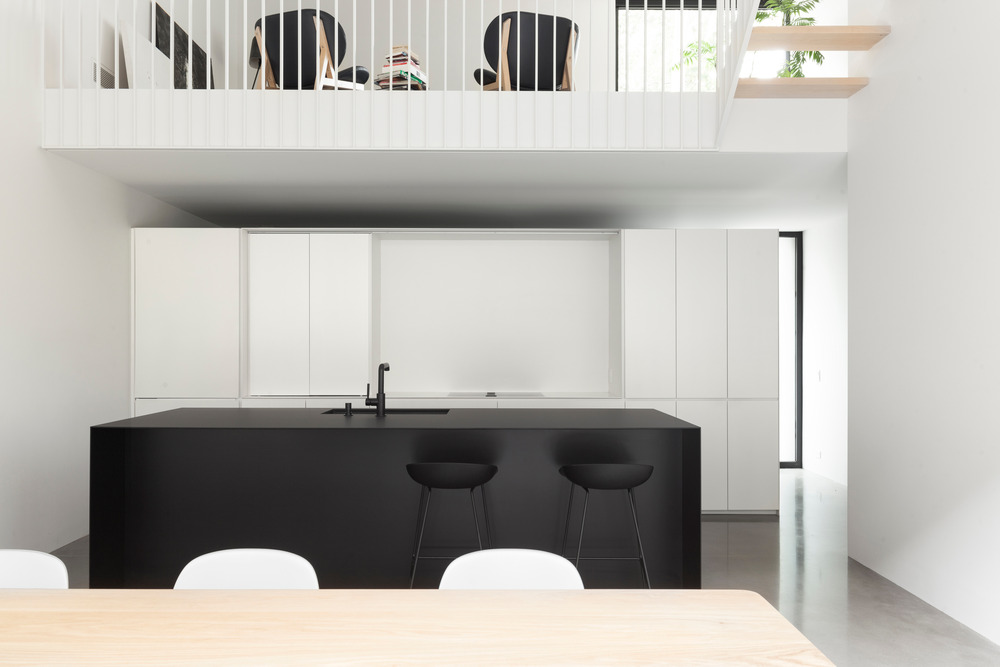 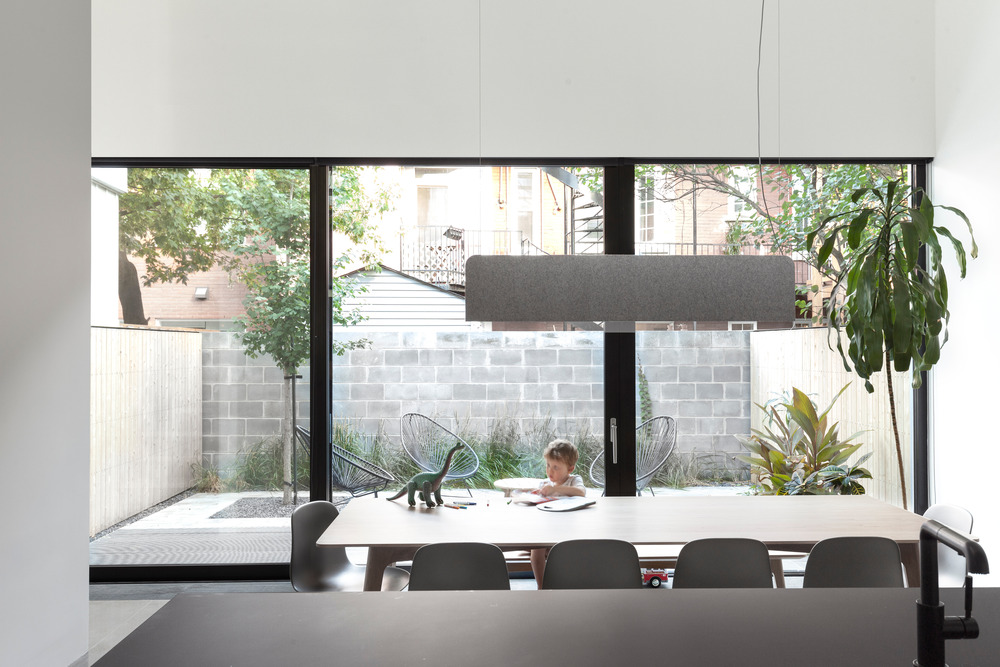 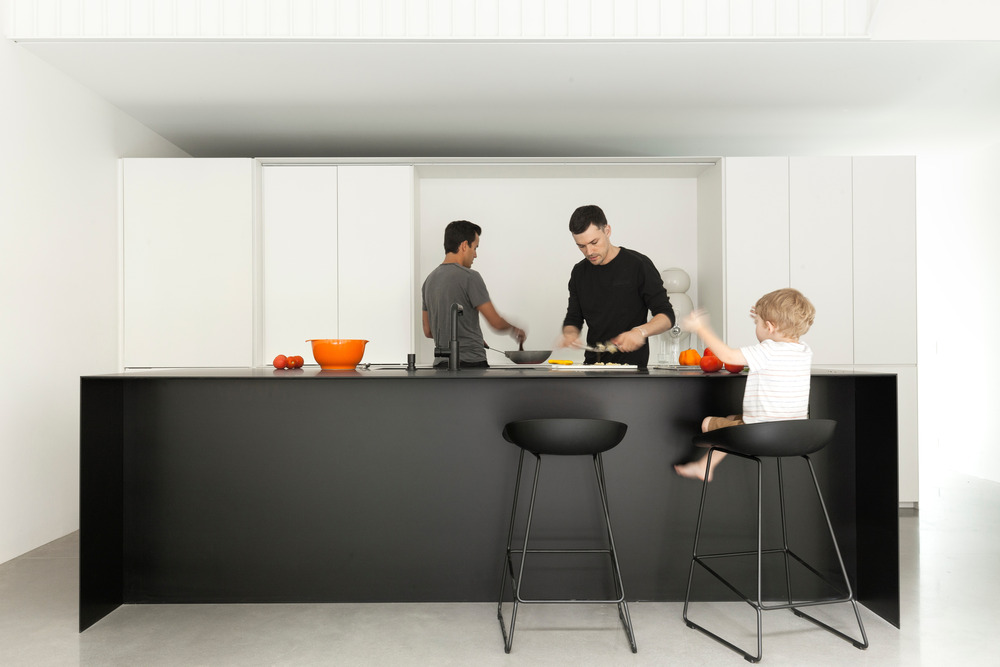 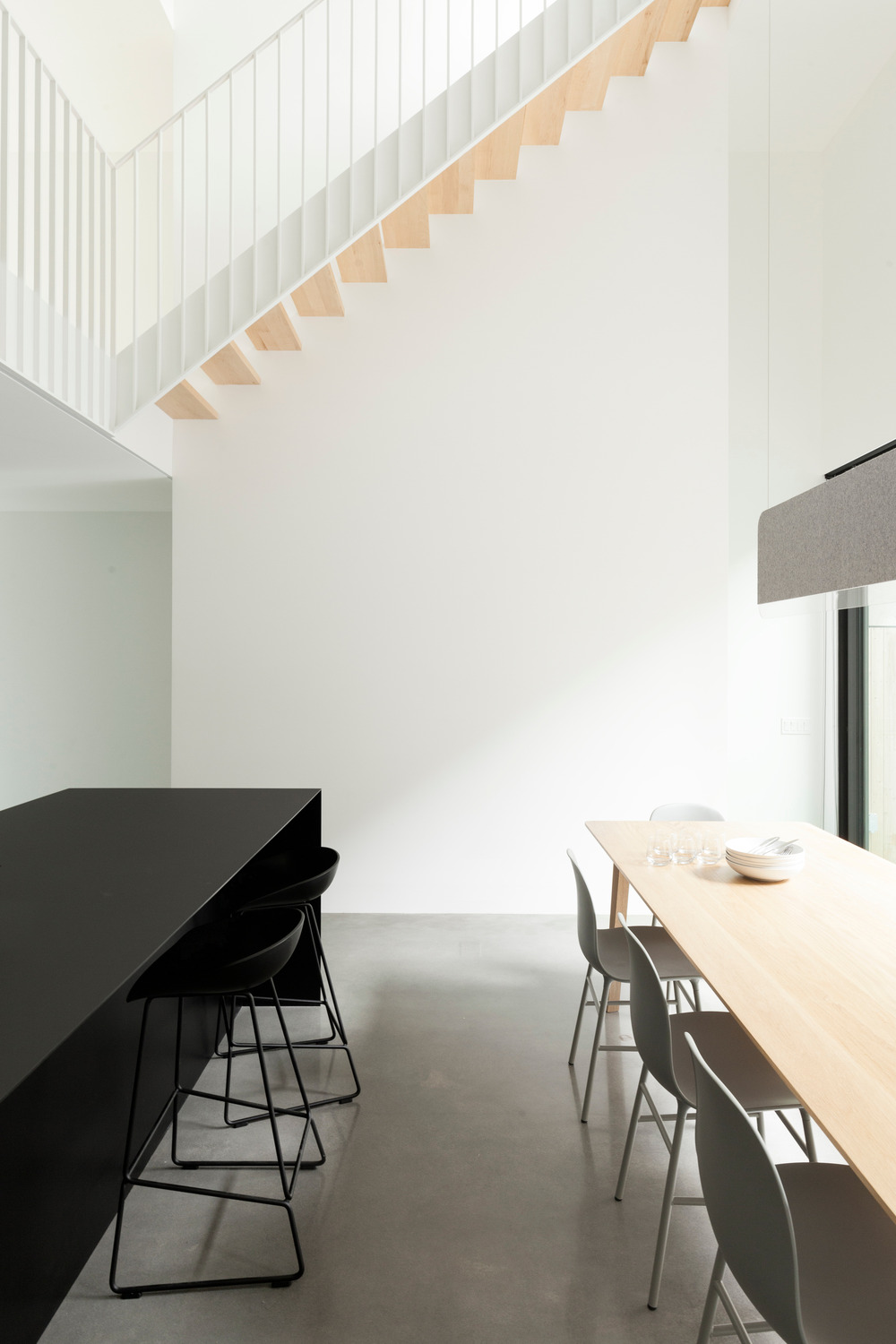 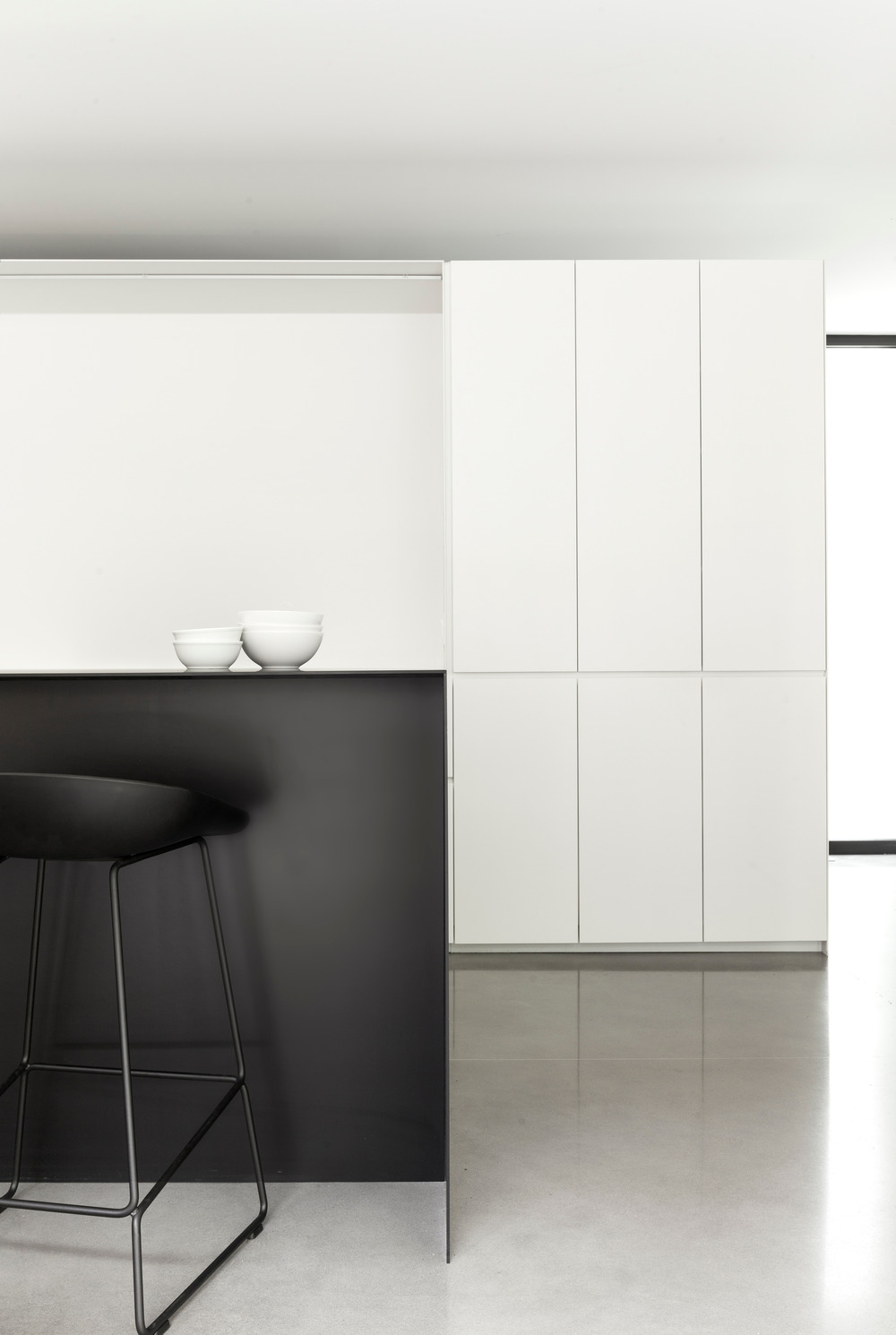 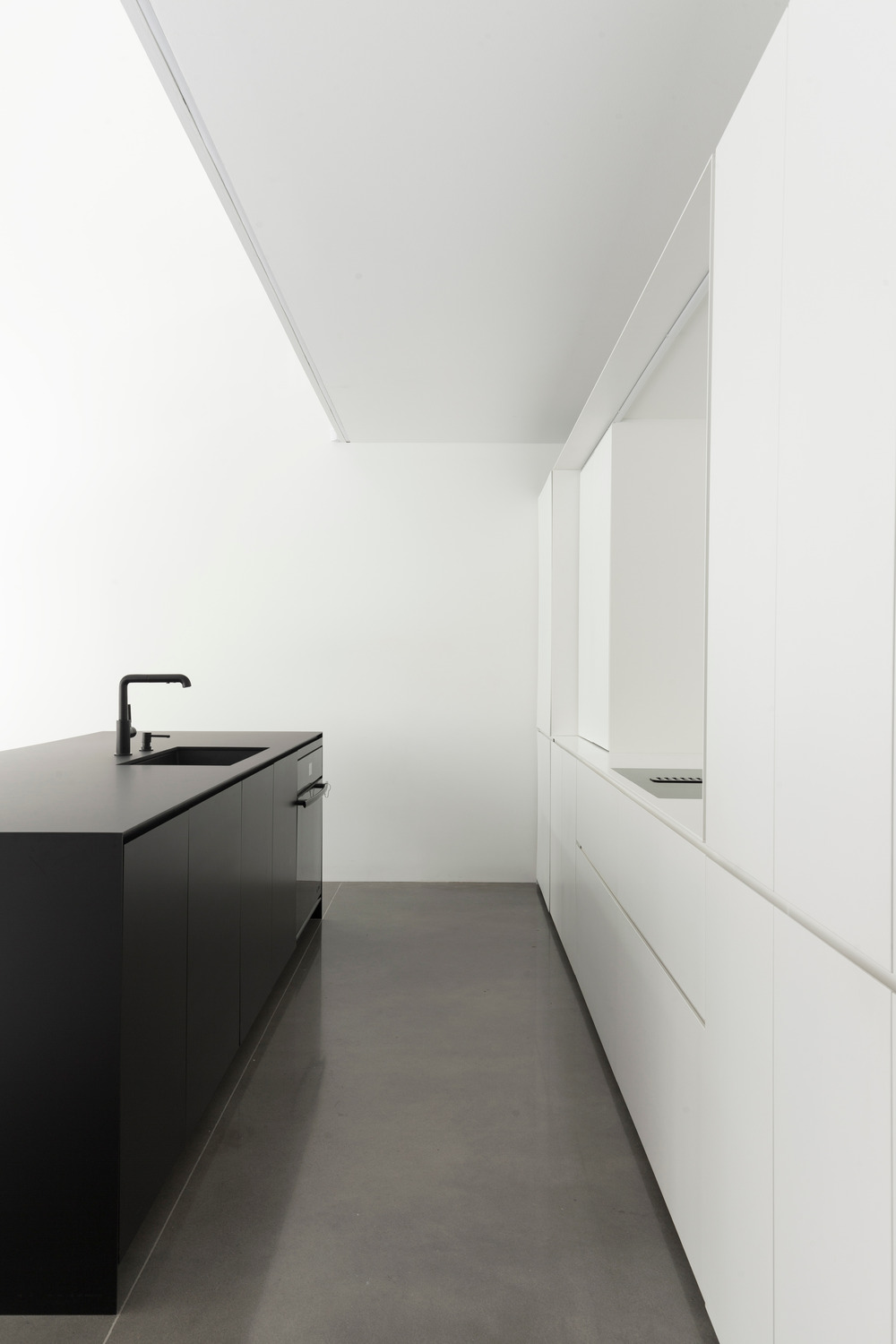 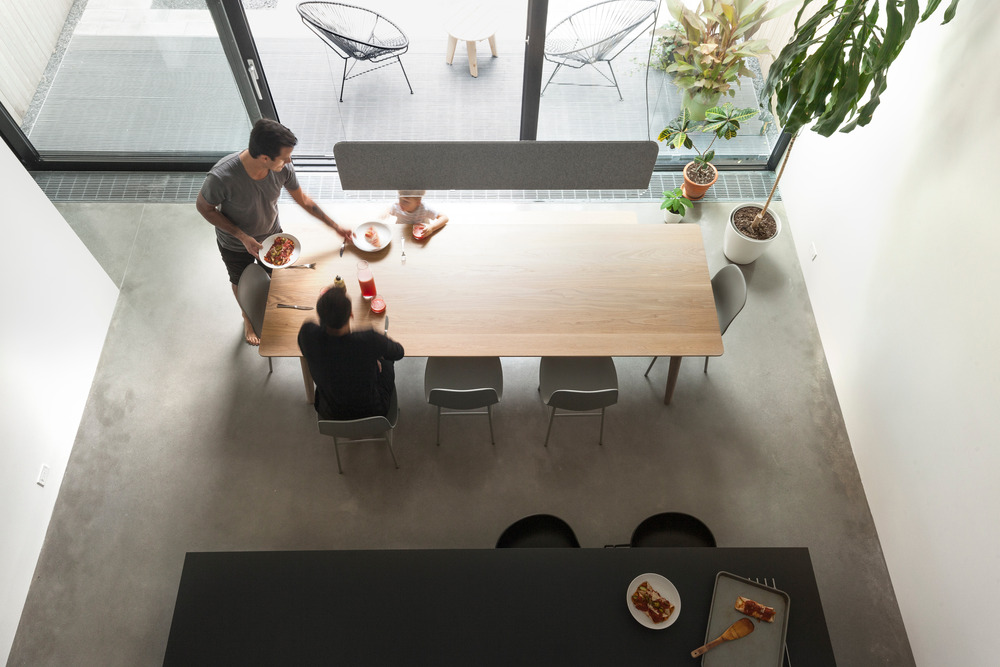 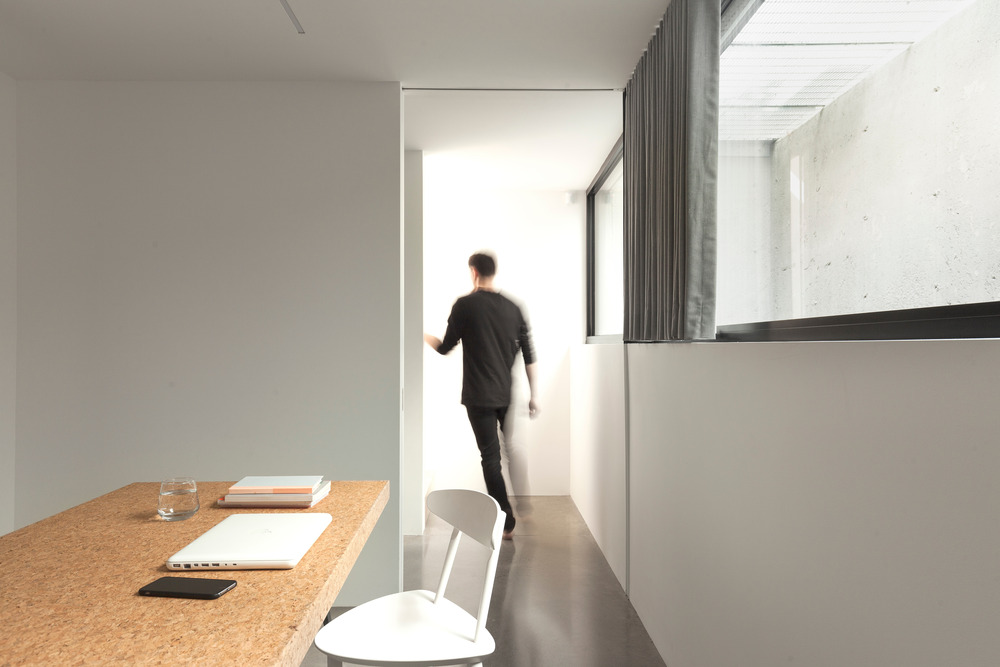 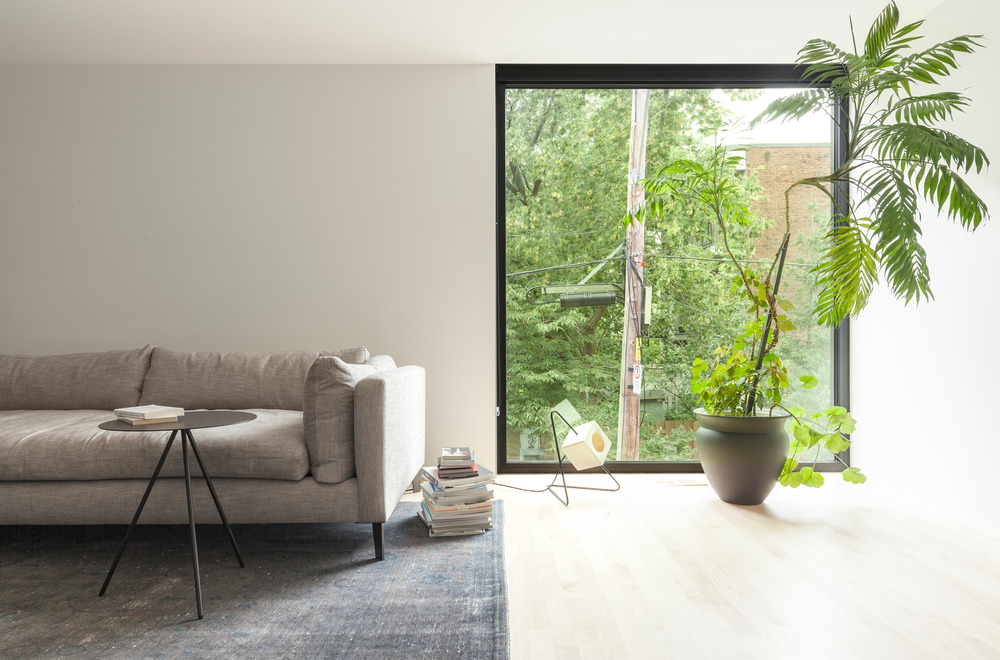 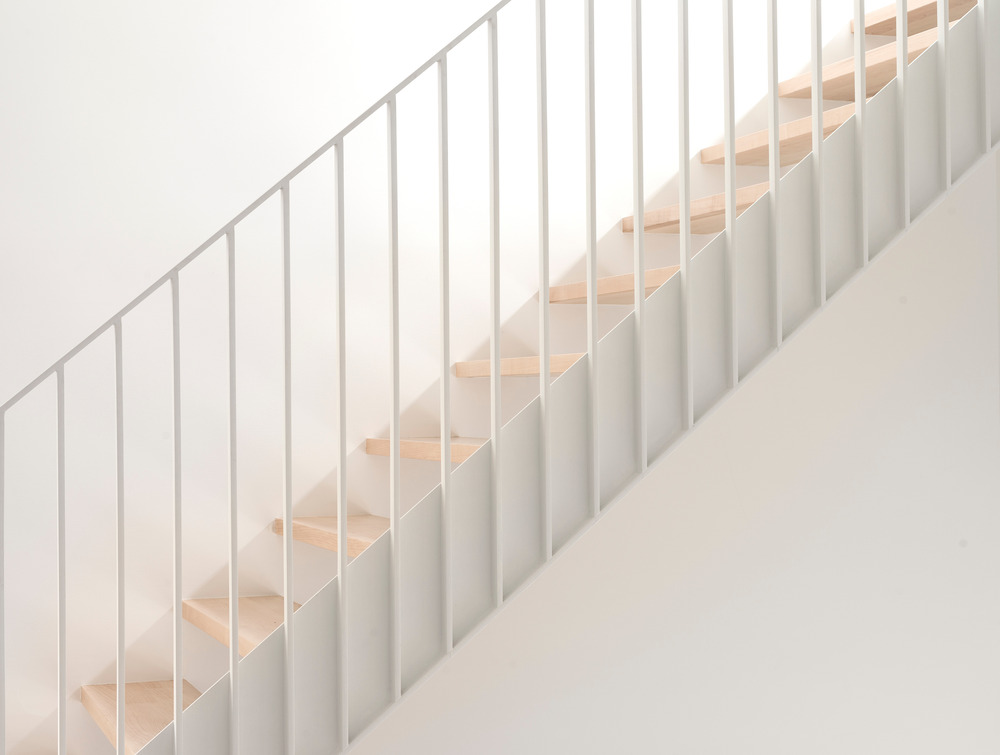 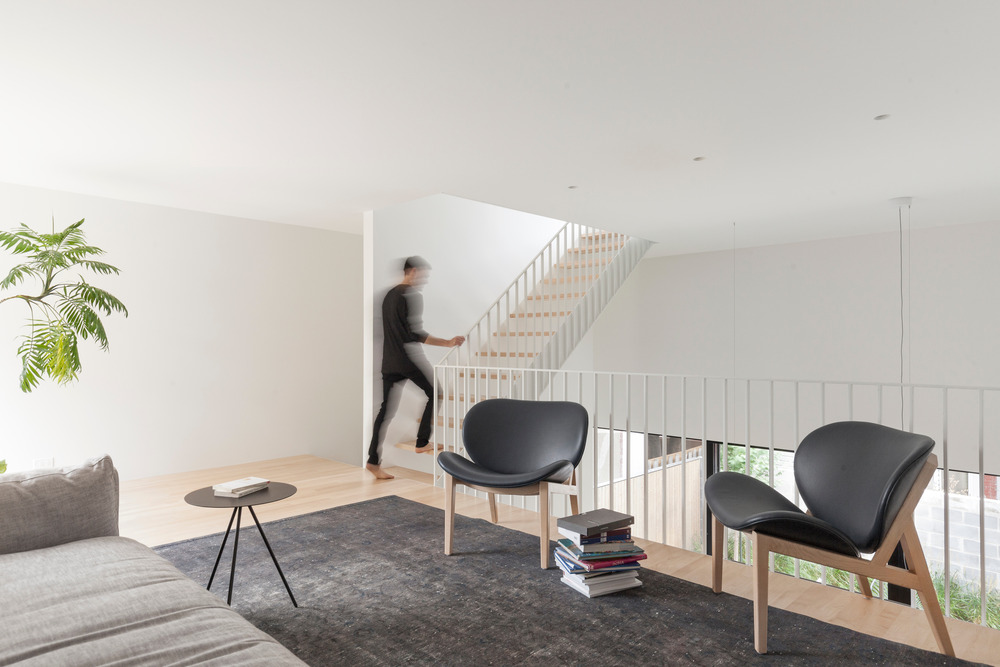 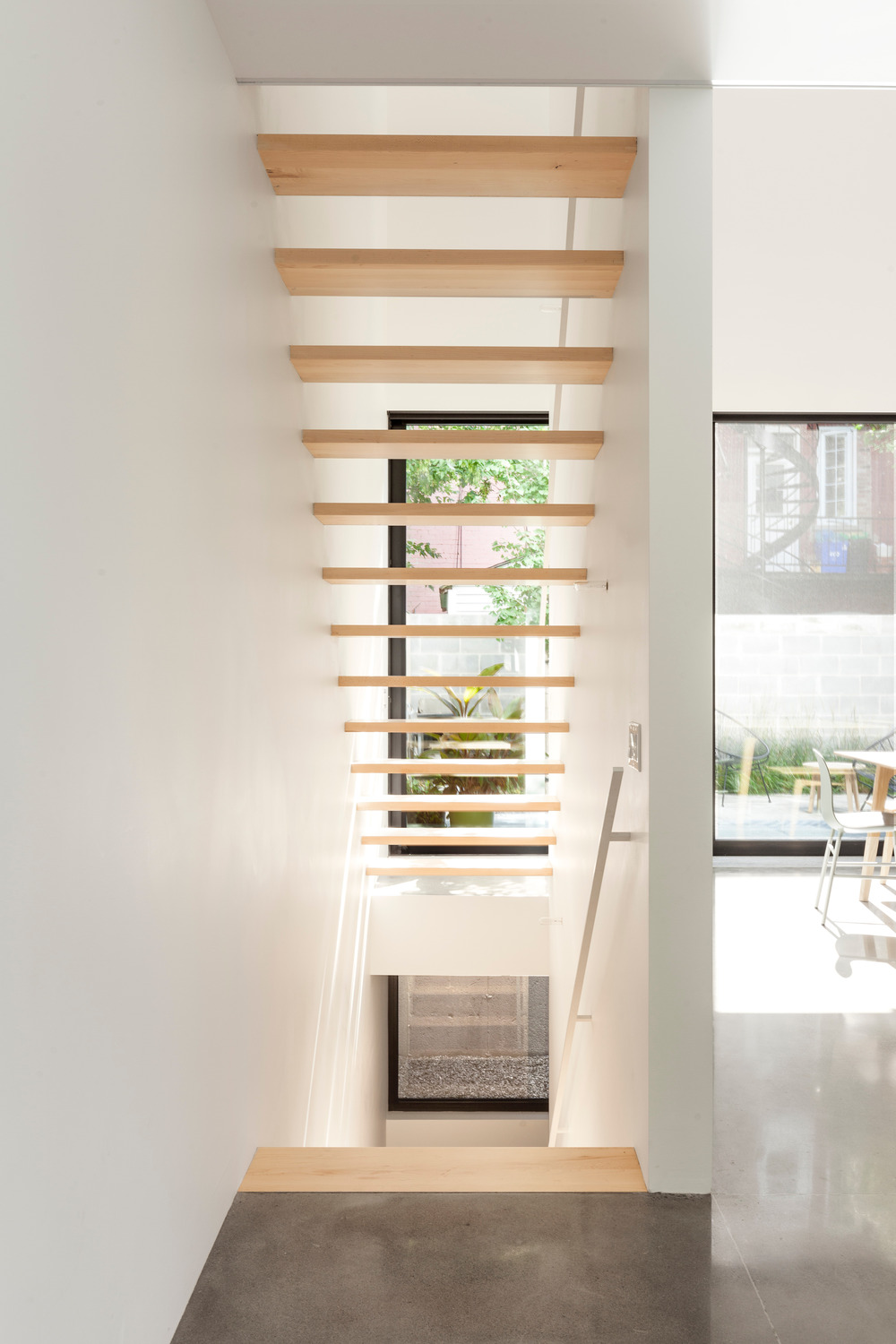 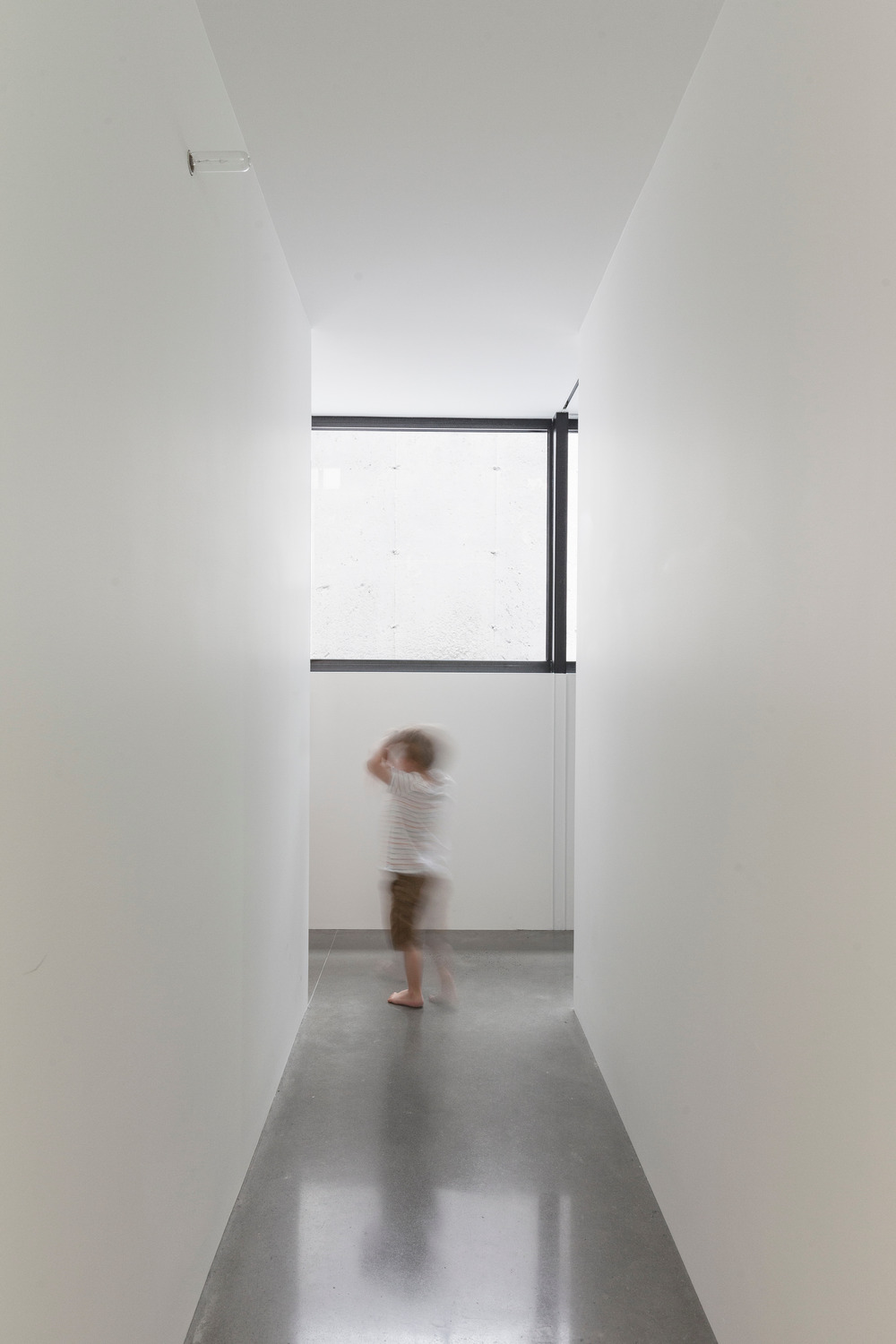 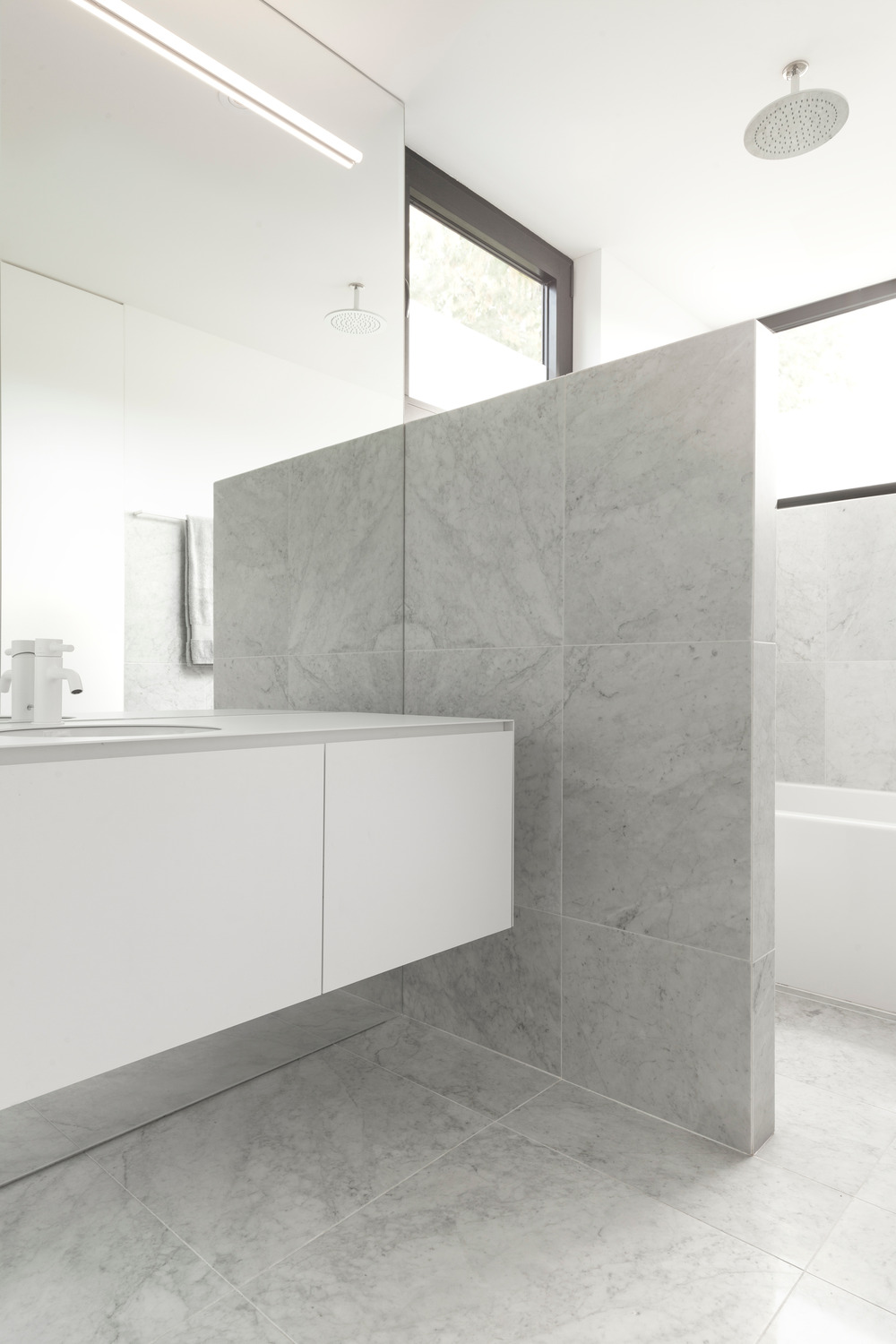 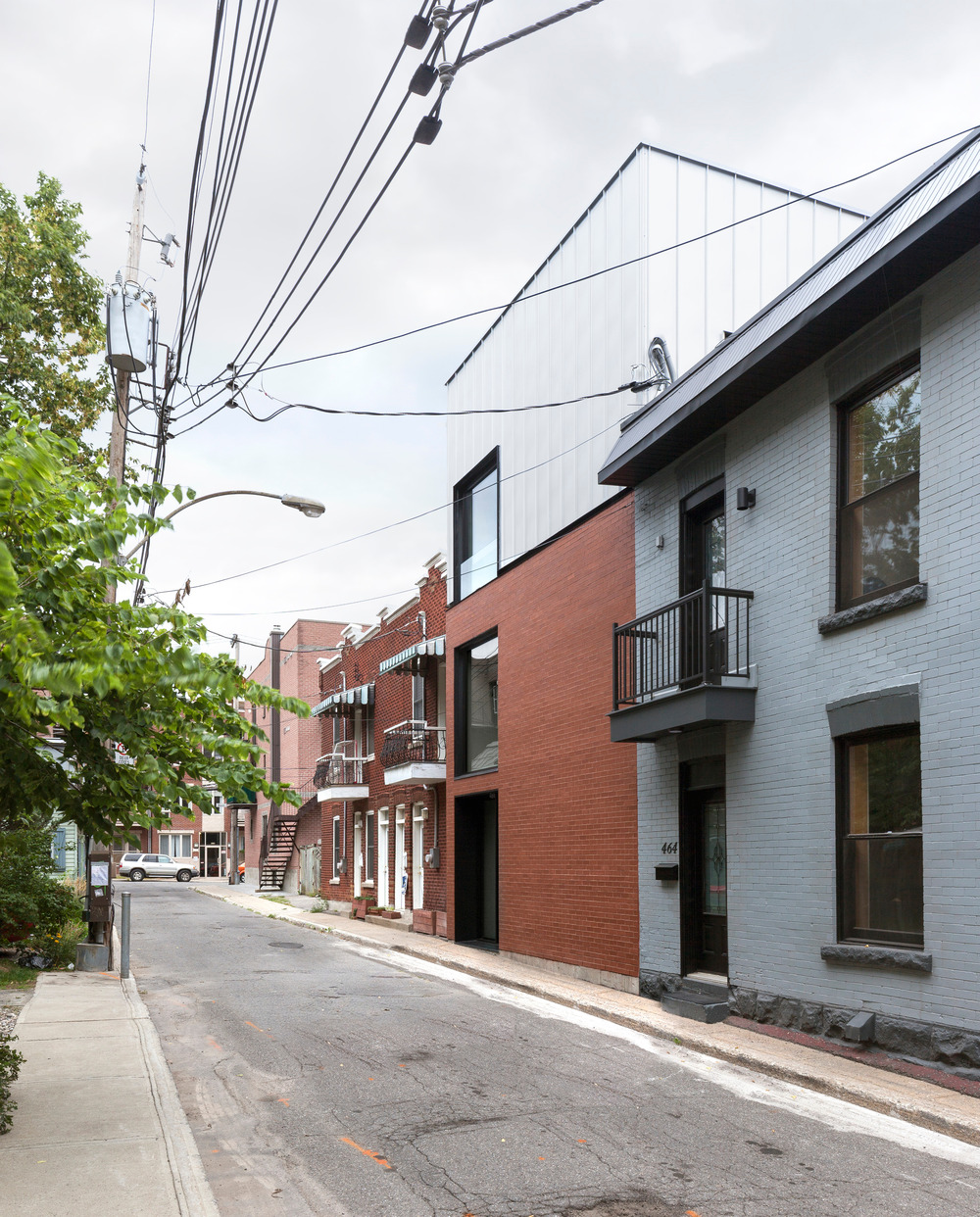 The house is of modest scale and spaces have thus been conceived with the intent of maximizing available surface area. The kitchen, located on the ground floor, adheres to this concept with its compact and highly functional design scheme. The entrance and cloakroom are separated from living spaces by a white kitchen cabinet block that allows light to pass above. The uninterrupted ceiling, meanwhile, provides the space with an accentuated impression of openness. The integrated furniture is distinguished by its minimalistic design and fine finishing details. With their quasi unreal thinness, the countertop edges and panels give the entire room an air of lightness. In heavy contrast, the kitchen island is defined by its matte black surfaces and accessories as well as the masculine character it lends to the room. Its work plan, oriented towards gigantic doors and windows, allows occupants to enjoy views of the entire space. The pervasive minimalism and sobriety of design lines emphasize the lightness of the staircase.

Each and every house opening has been placed in order to create light effects that are accentuated by the interior’s minimalist design. Ribbon windows flood basement spaces with natural light via an edge grating over which is located the patio. The façade, positioned directly on the street, is composed of two materials: the clay brick base reflects the dominant volumetry of the street whereas the upper portion, composed of sheet metal with rods, echoes the steep faubourg house roofs that exist in this area.