Quiet House is a project designed by ARTELABO, located in a village in the south of France, the project of “quiet villa” meets a very particular context. Photography by Marie-Caroline Lucat. 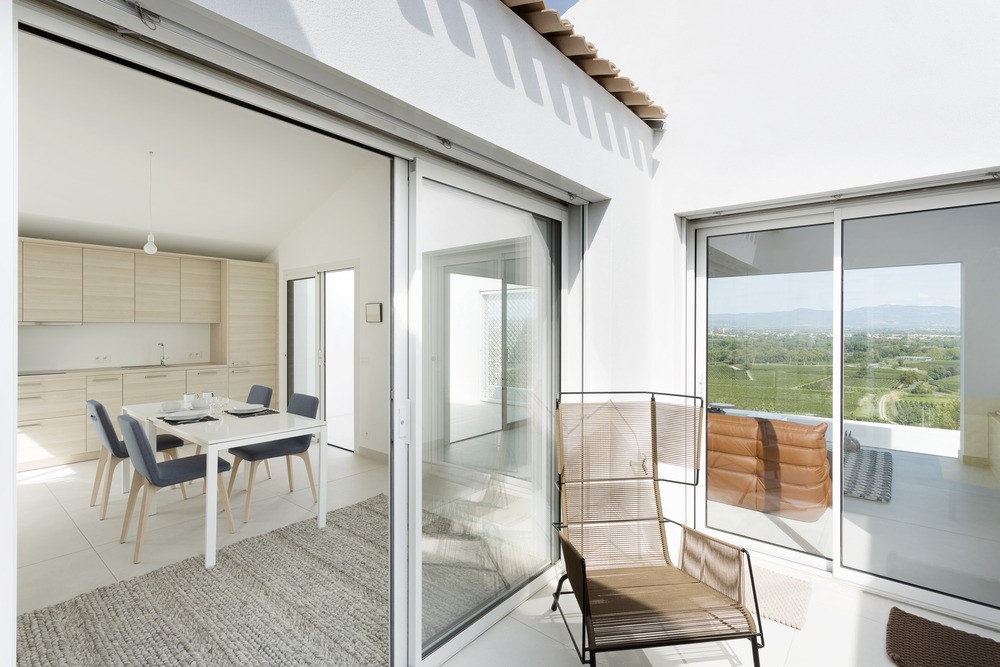 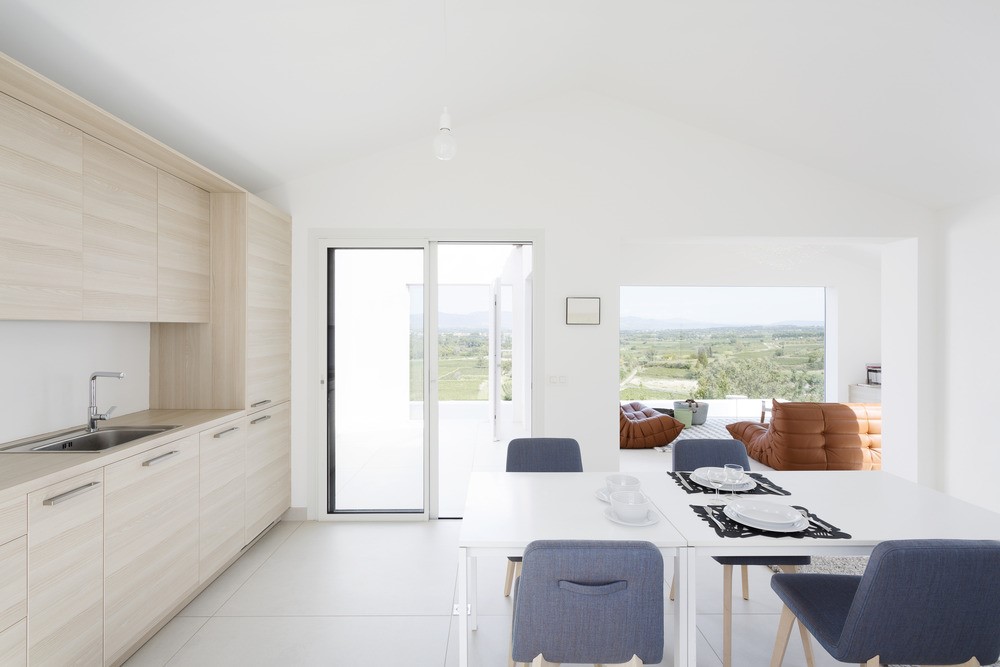 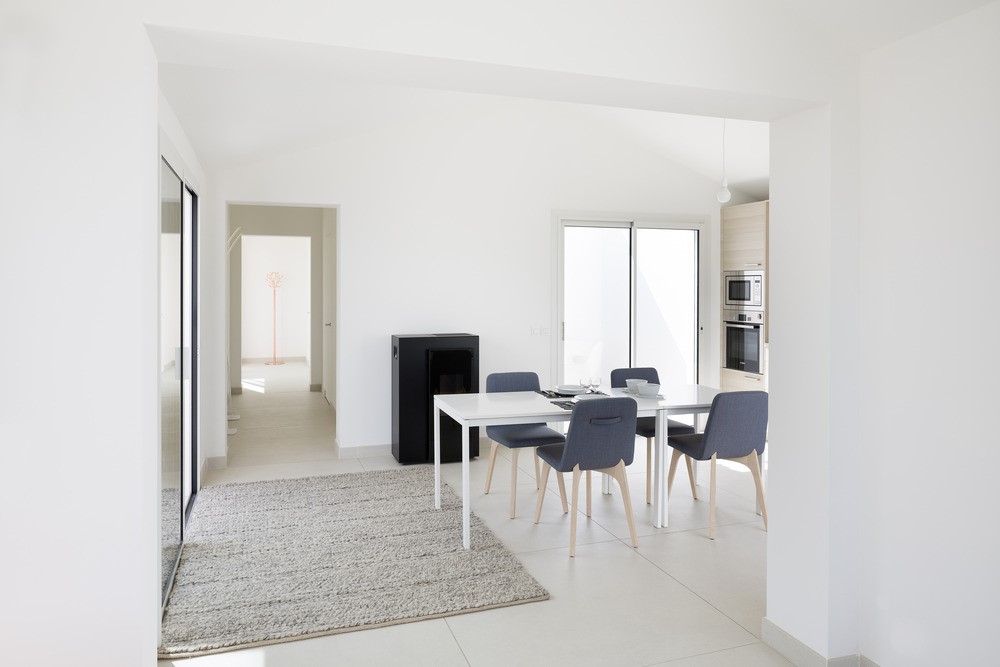 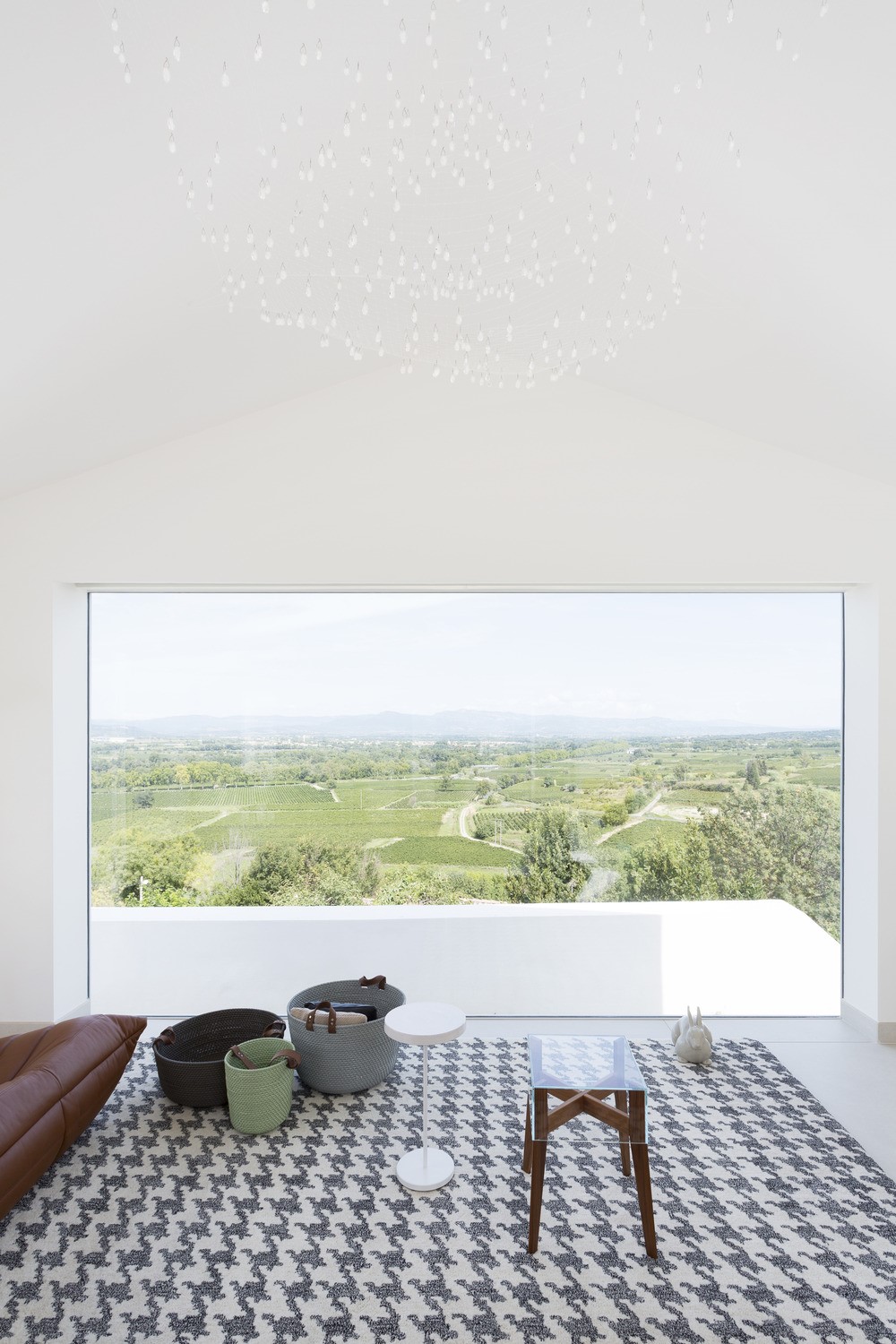 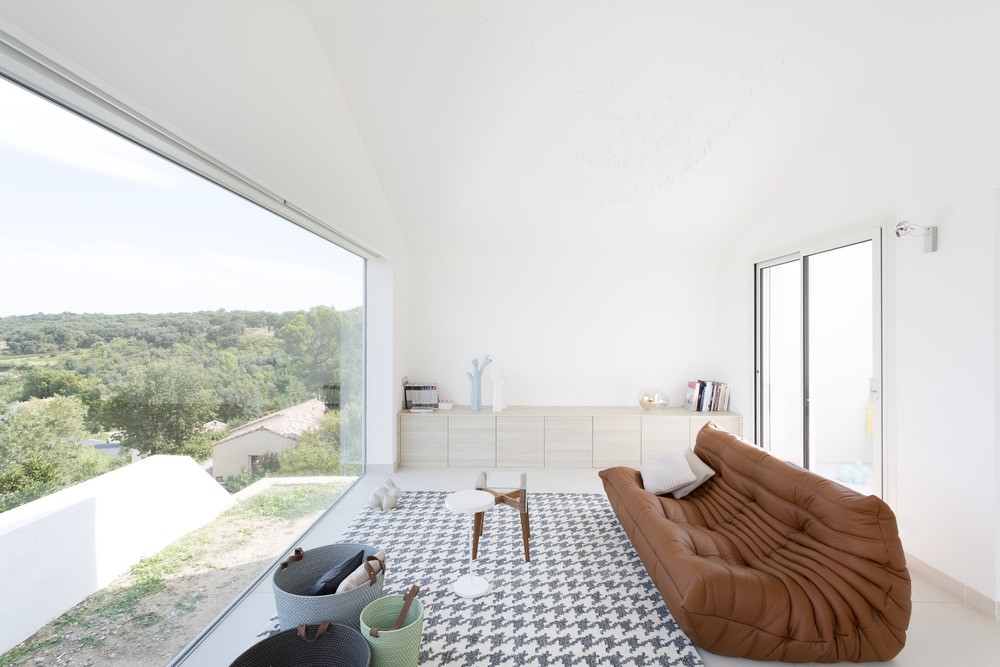 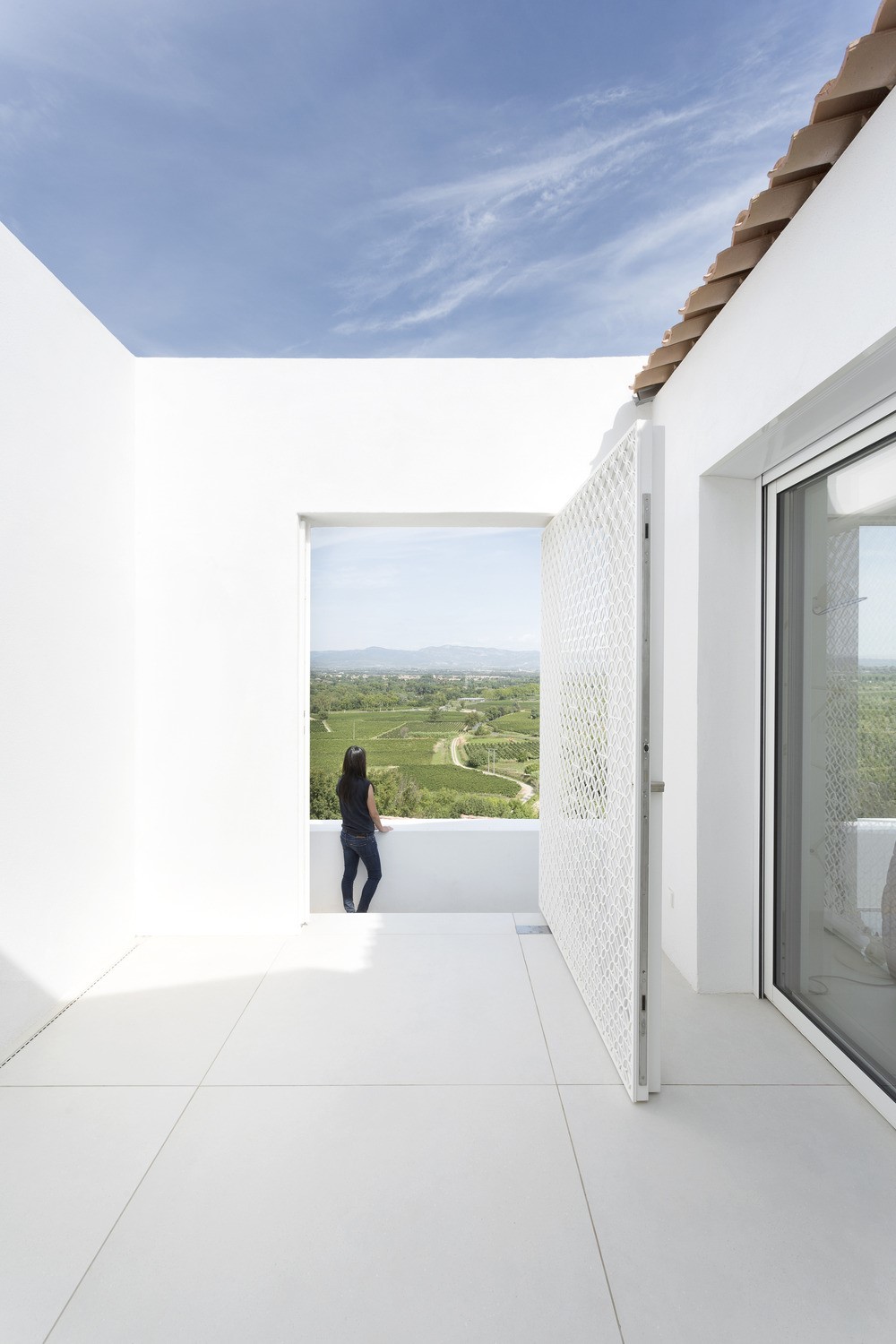 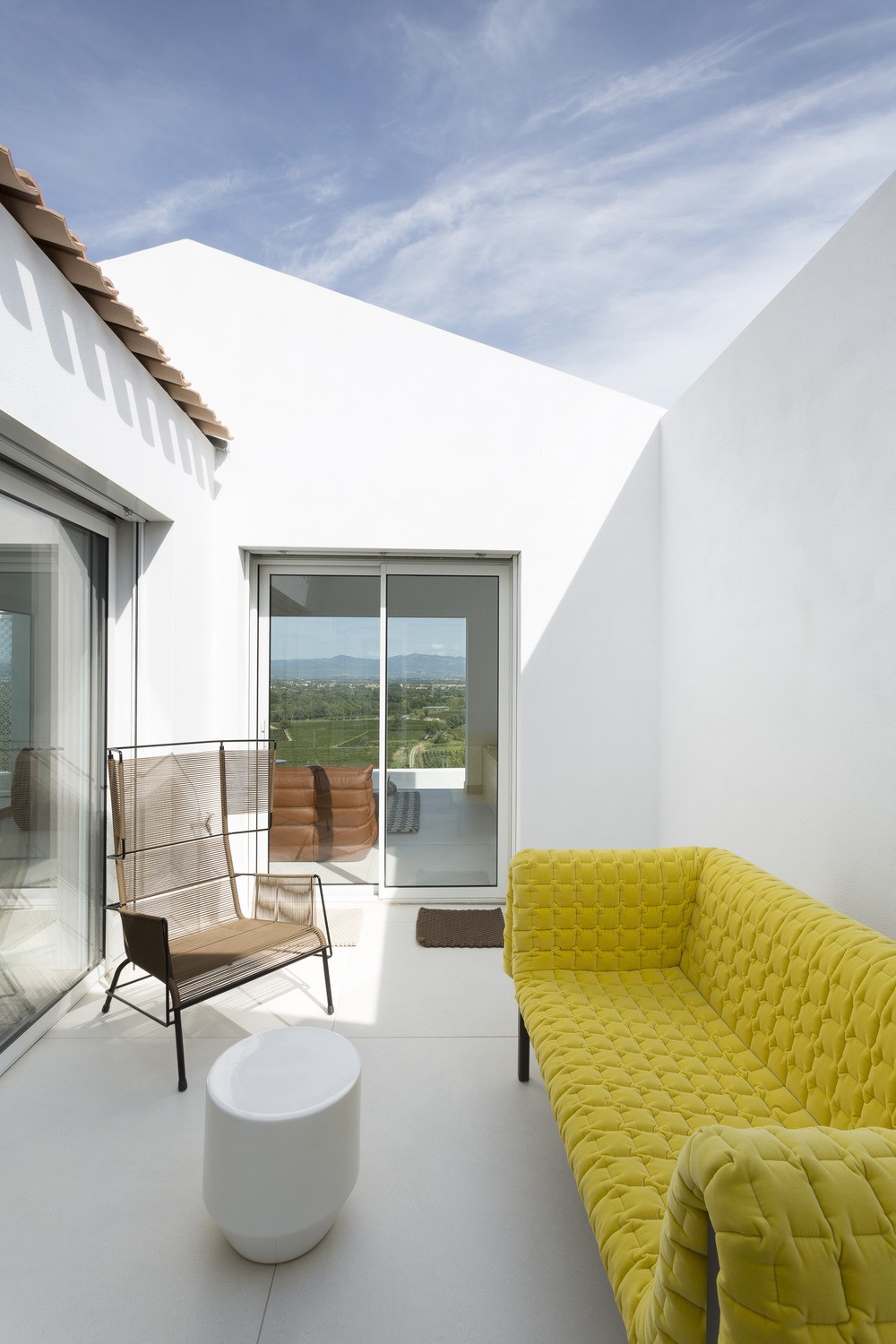 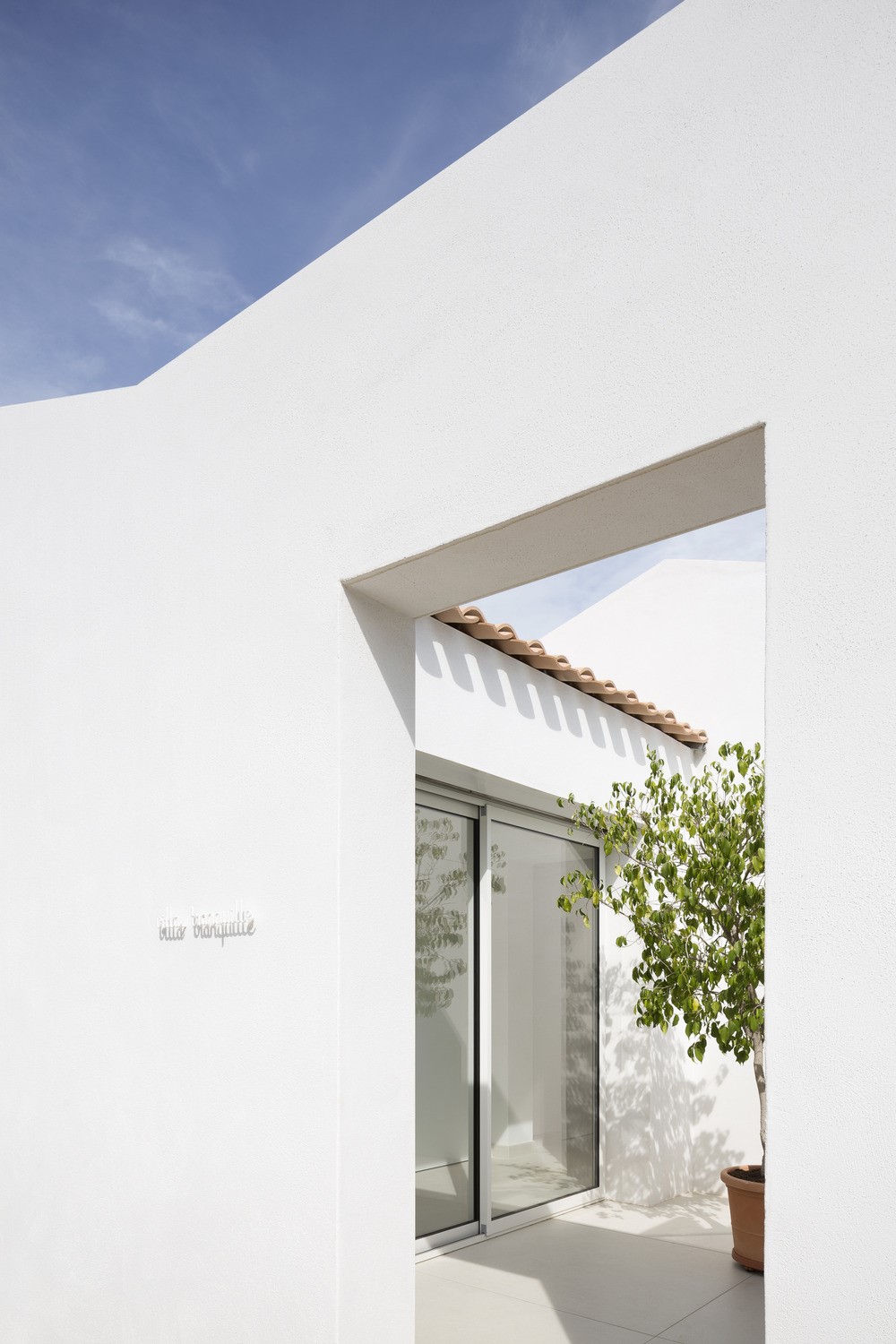 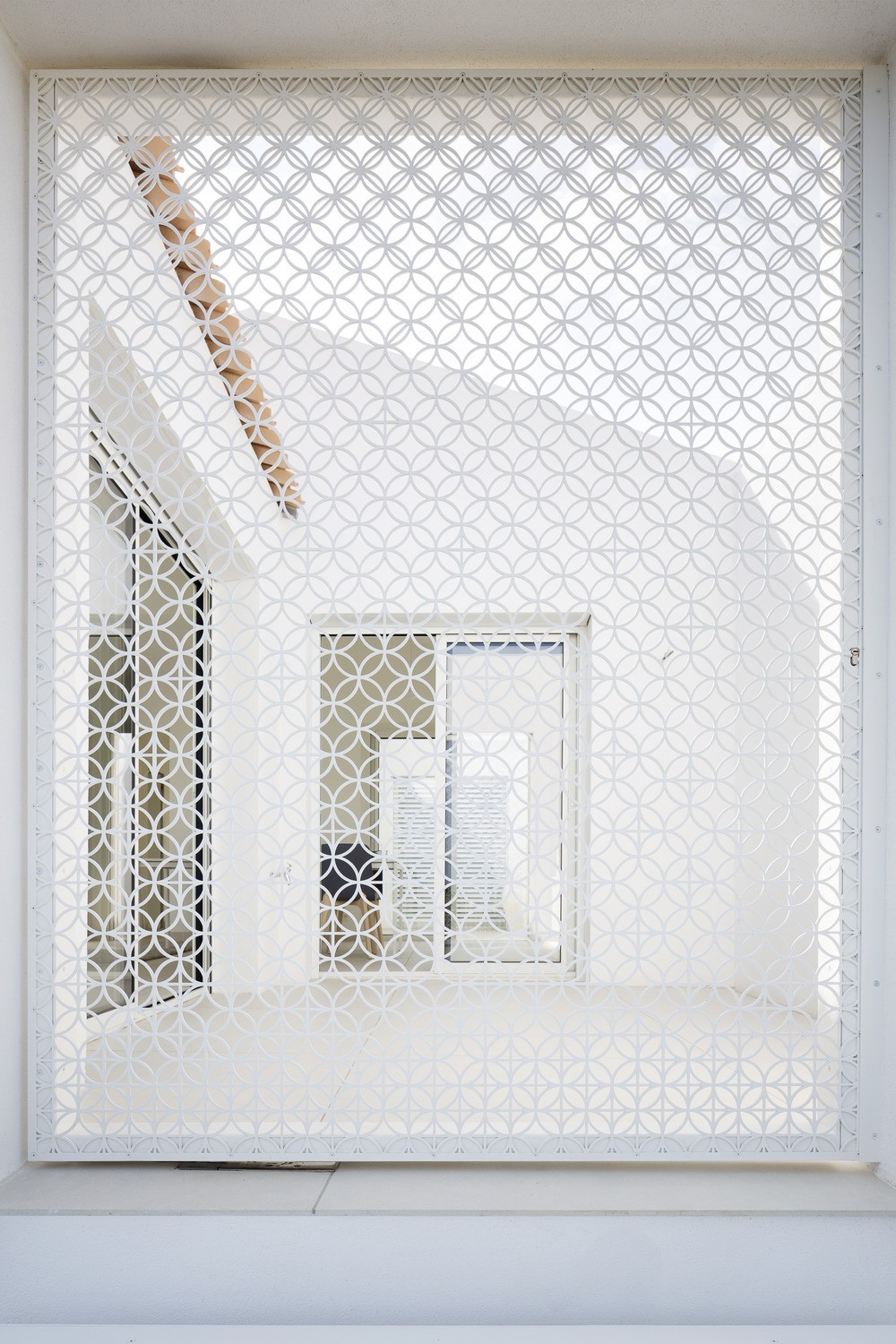 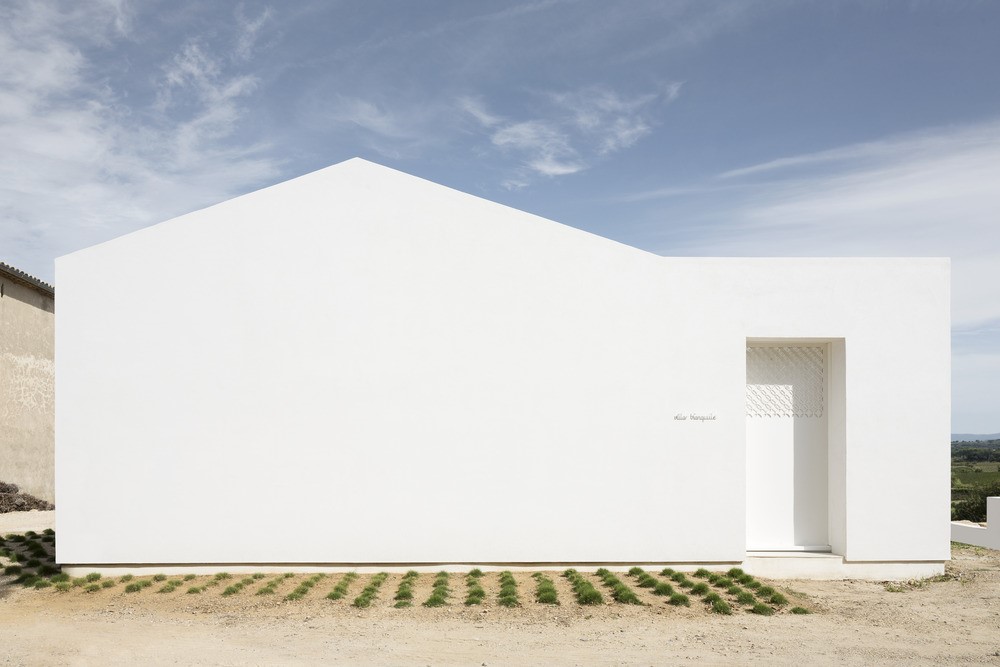 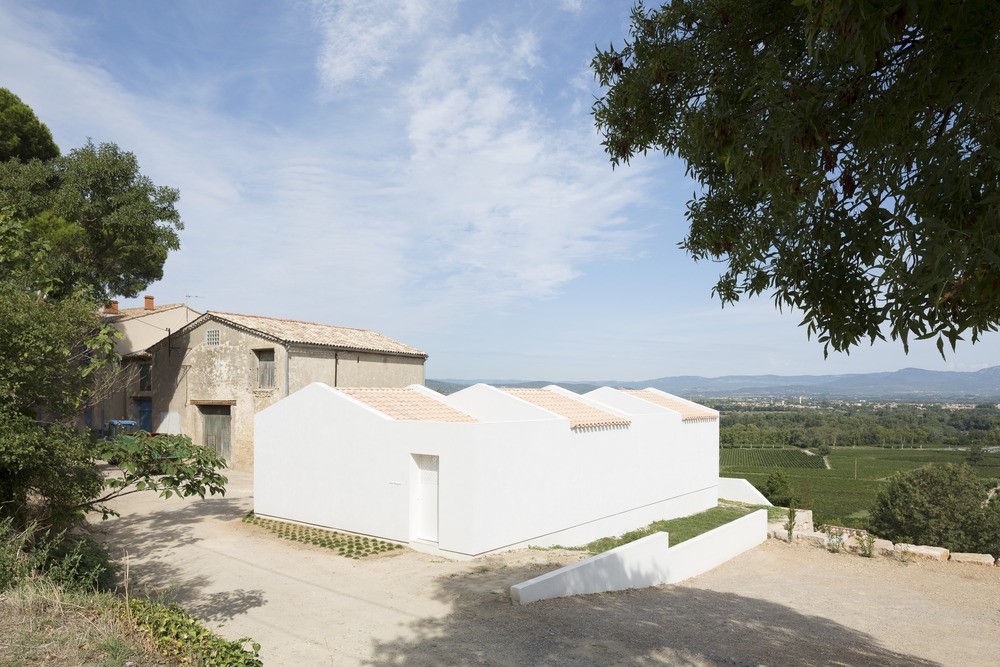 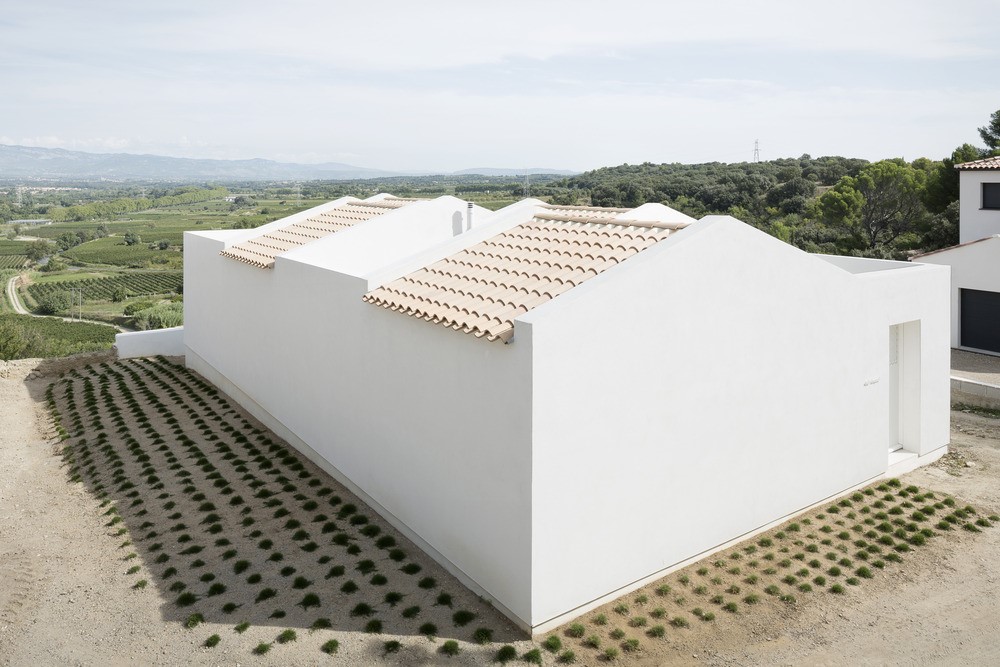 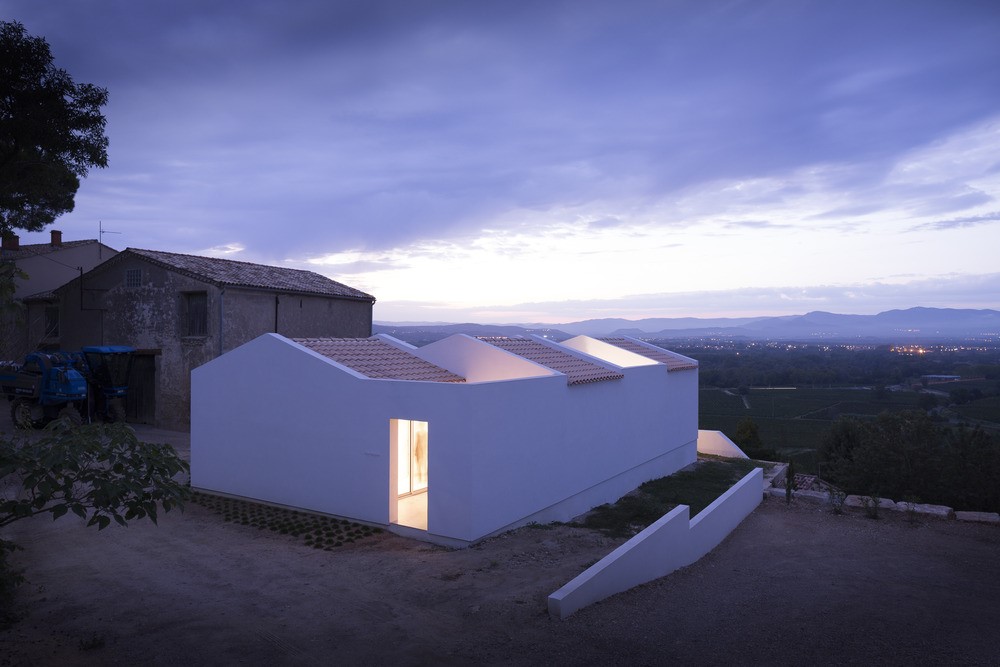 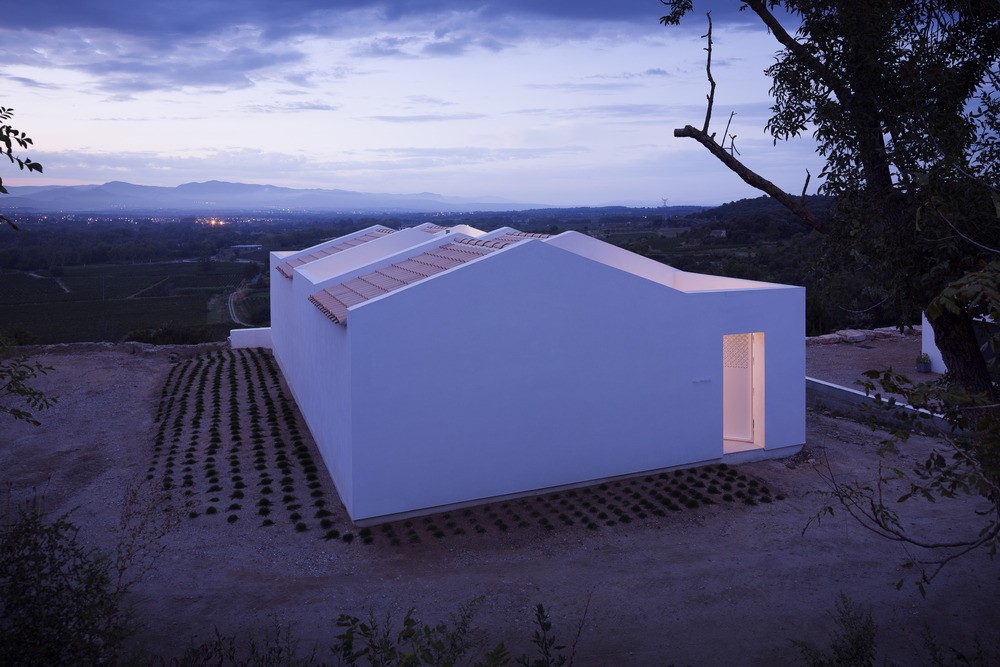 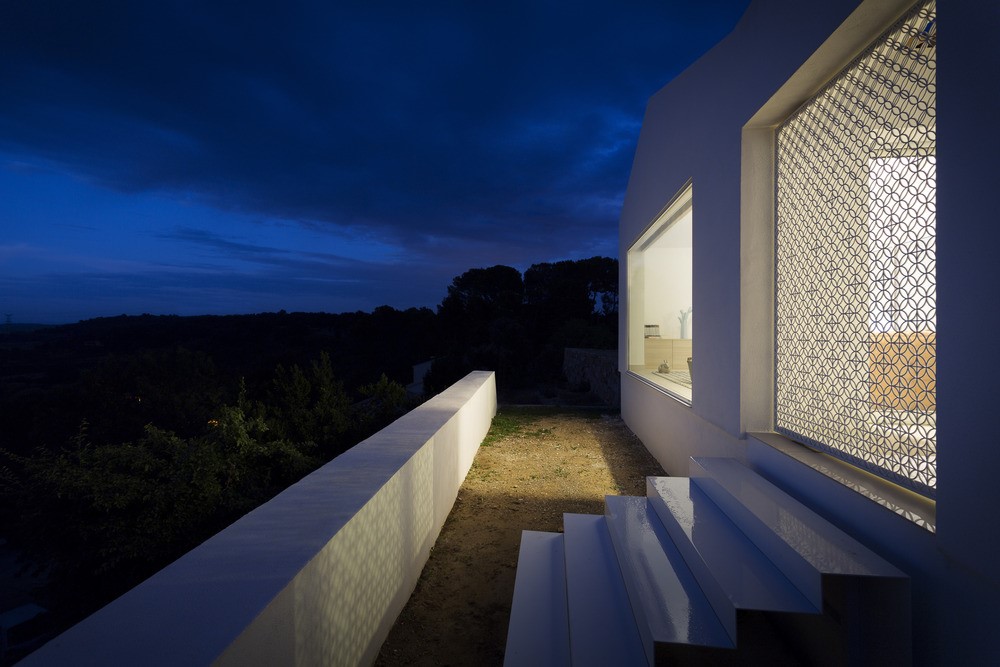 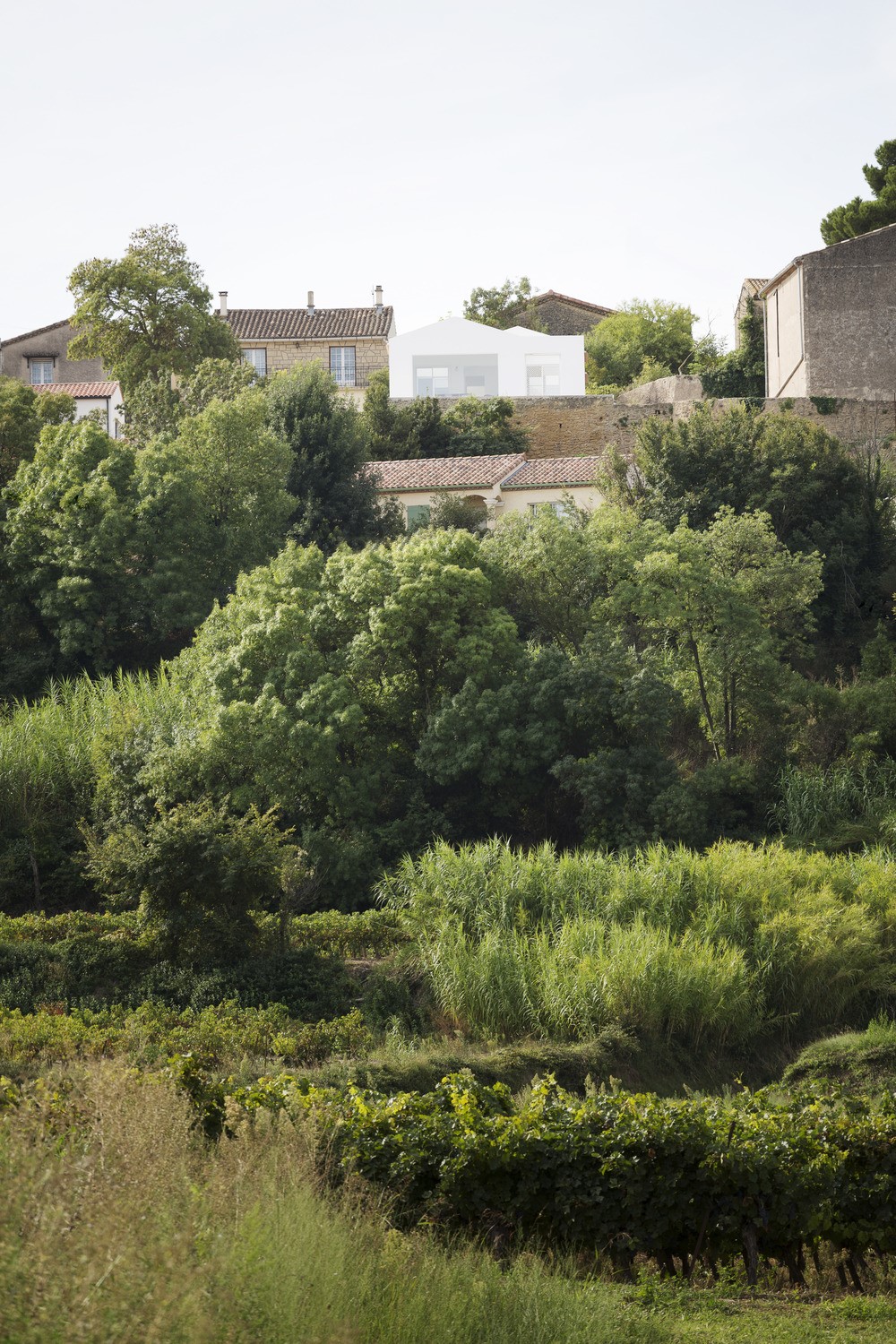 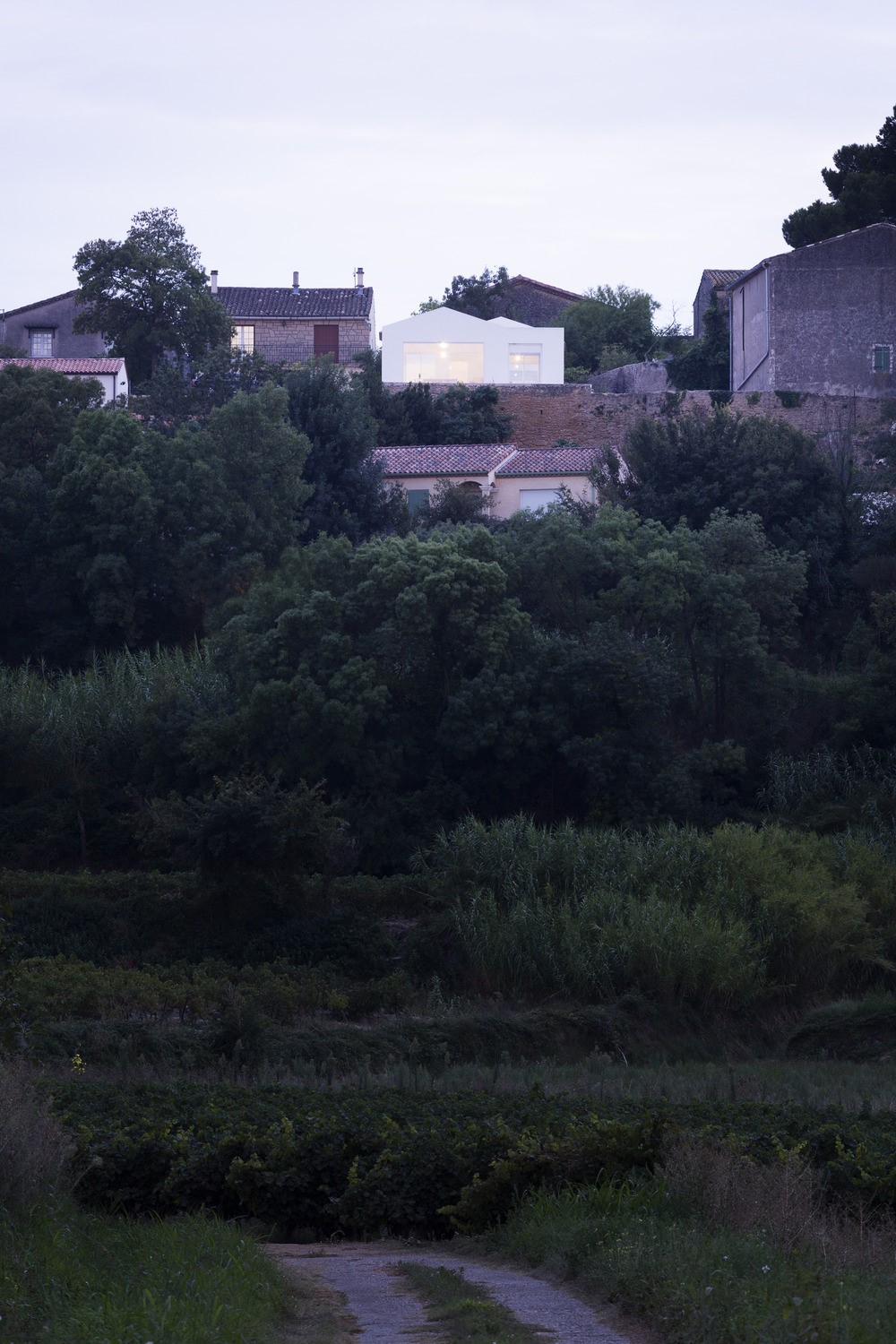 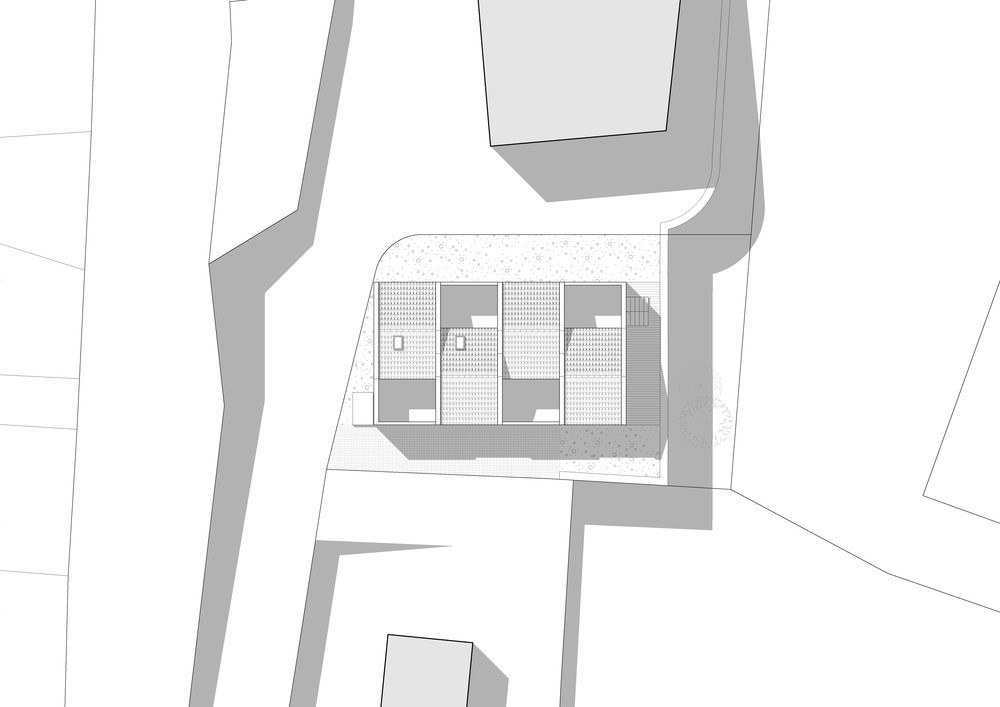 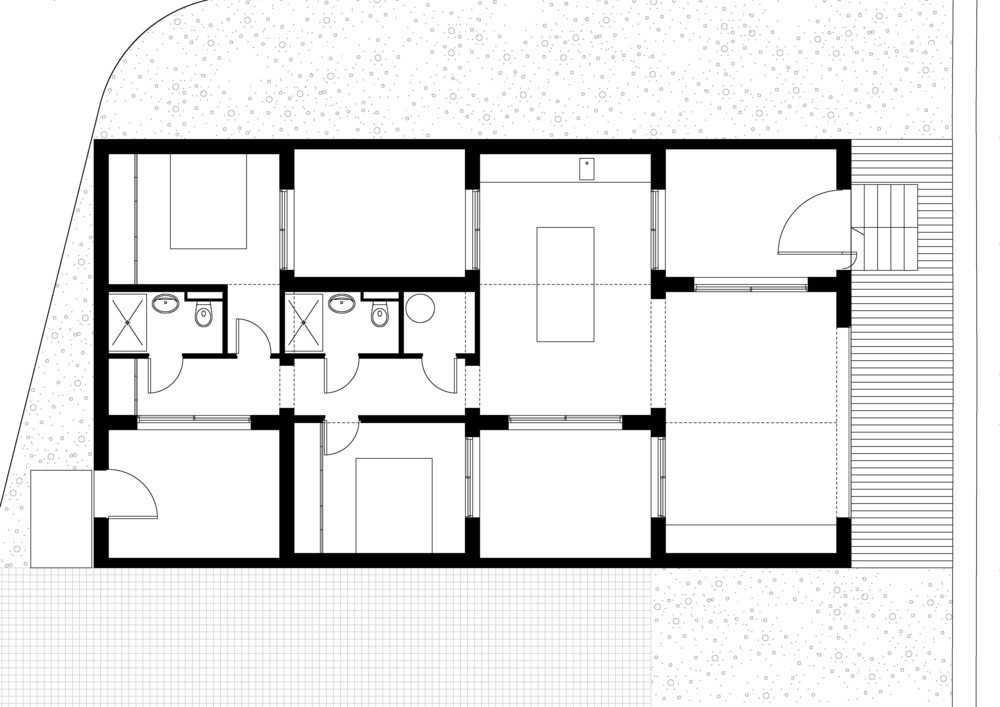 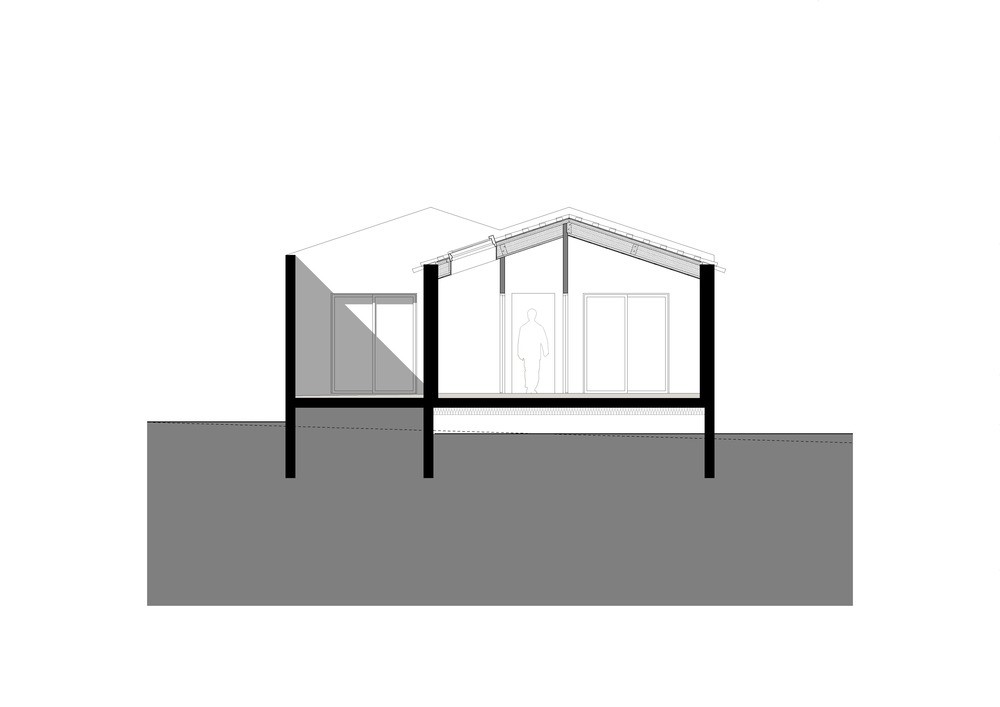 The land on which it fits, of very small size, is located between a vineyard shed in operation to the West, the parking of a neighbour to the East, surrounded by their access road, a main street to the south. Oriented to the North, it is also subject to a regime of prevailing winds. But it enjoys an exceptional and breathtaking view on the valley.
The aim of the project is therefore to create the conditions for an intimacy, an introverted house, hidden from the sight, entirely turned towards the landscape.
Its architecture is characterized by a regular, simple and systematic composition, using a banal constructive language and an obvious formal register, which, by disrupting the codes of the usual, gives a singular aesthetic to be seen.
Using regular measures, the project is based on a grid of 3m in width and 4m in depth. Two units of space correspond to a built volume, the third forms an outer space.
The overall geometry of the house is based on a repeated sequence of four volumes, inscribed in a regular pattern, enclosed within a peripheral wall, and organizing four courtyards within the dwelling. Their form, with two slopes of roof, evokes a small house.
One the one side, the expression of the project refers directly to the question of domesticity and traditional individual habitat, as well as the constructive means employed, banal and typical of the south of France (masonry, plaster, roof tile) create a contextual, cultural and landscape link between the construction and its site.
One the other side, its compositional play and its lack of lateral opening make it a strange architectural object.
A large fixed frame opens wide the house on the landscape.
Its powerful contrast between its opaque and closed external appearance and the intensity of the light provided by courtyards, gives strength to its interior space. All rooms open on one, two or three courtyards and the panorama, through a single system of aligned glass doors. The same flooring is used throughout the project, which creates confusion between the spaces of the house and those of the courtyards, which are real living rooms and extensions of the interior spaces, allowing to be inside while being outside.