Family House in Jinonice is a project designed by Atelier 111 architekti in 2016, covers an area of 318 m2 and is located in Jinonice, Prague, Czech Republic. Photography by BoysPlayNice. 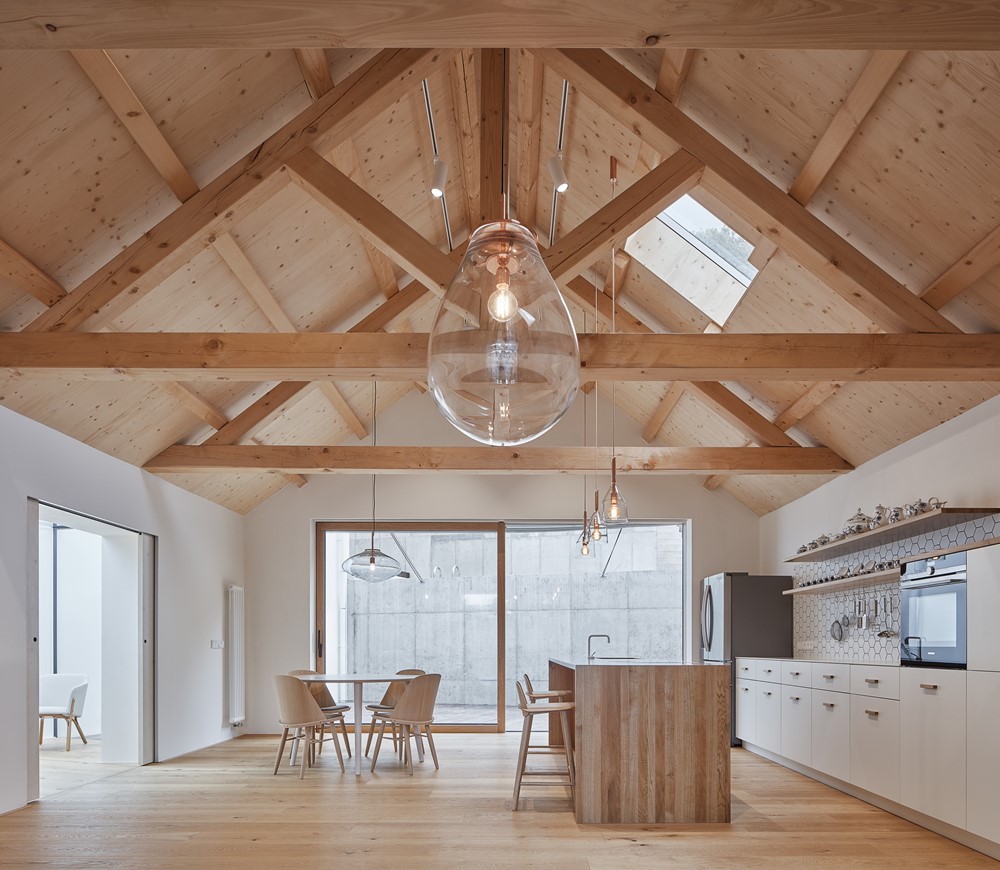 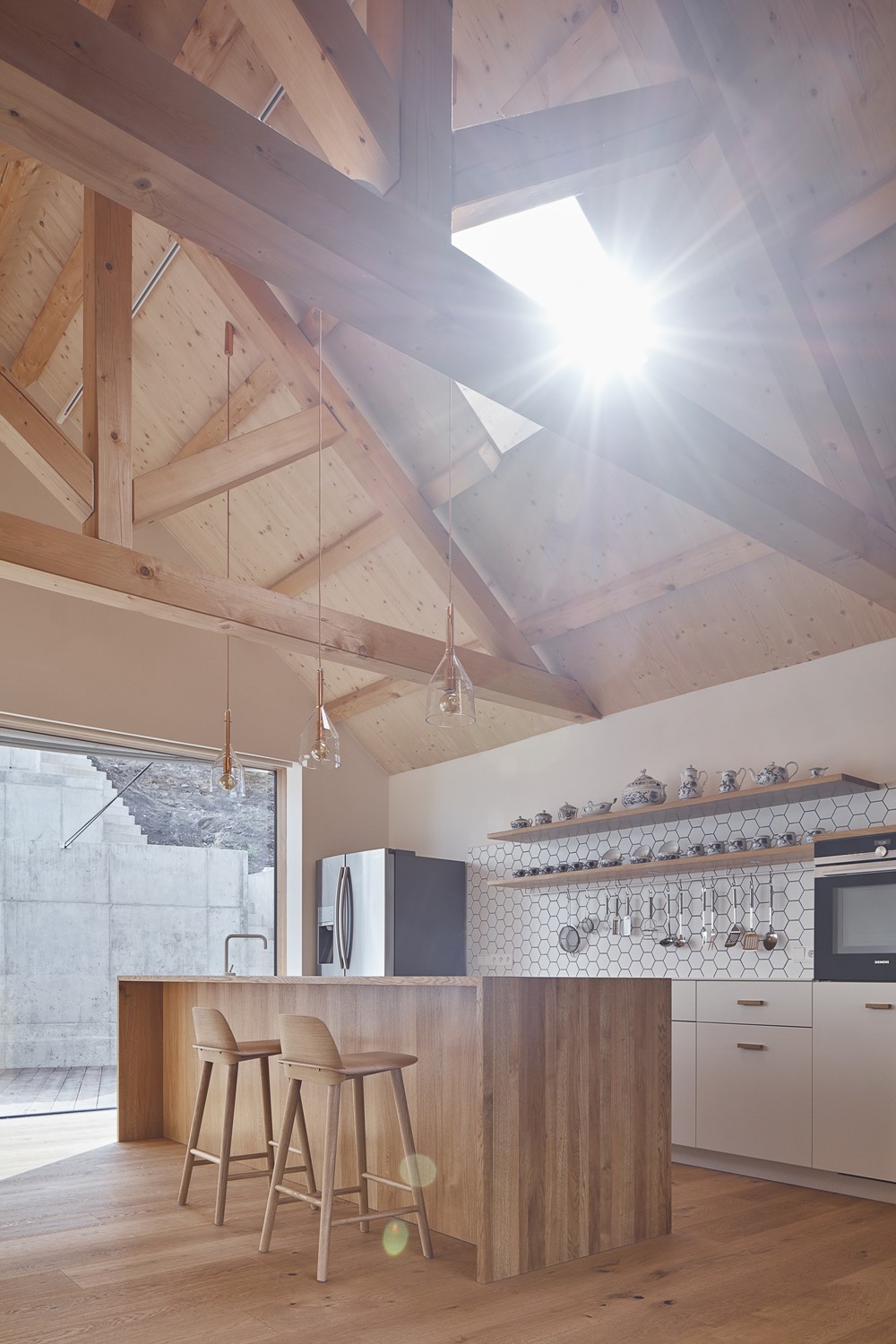 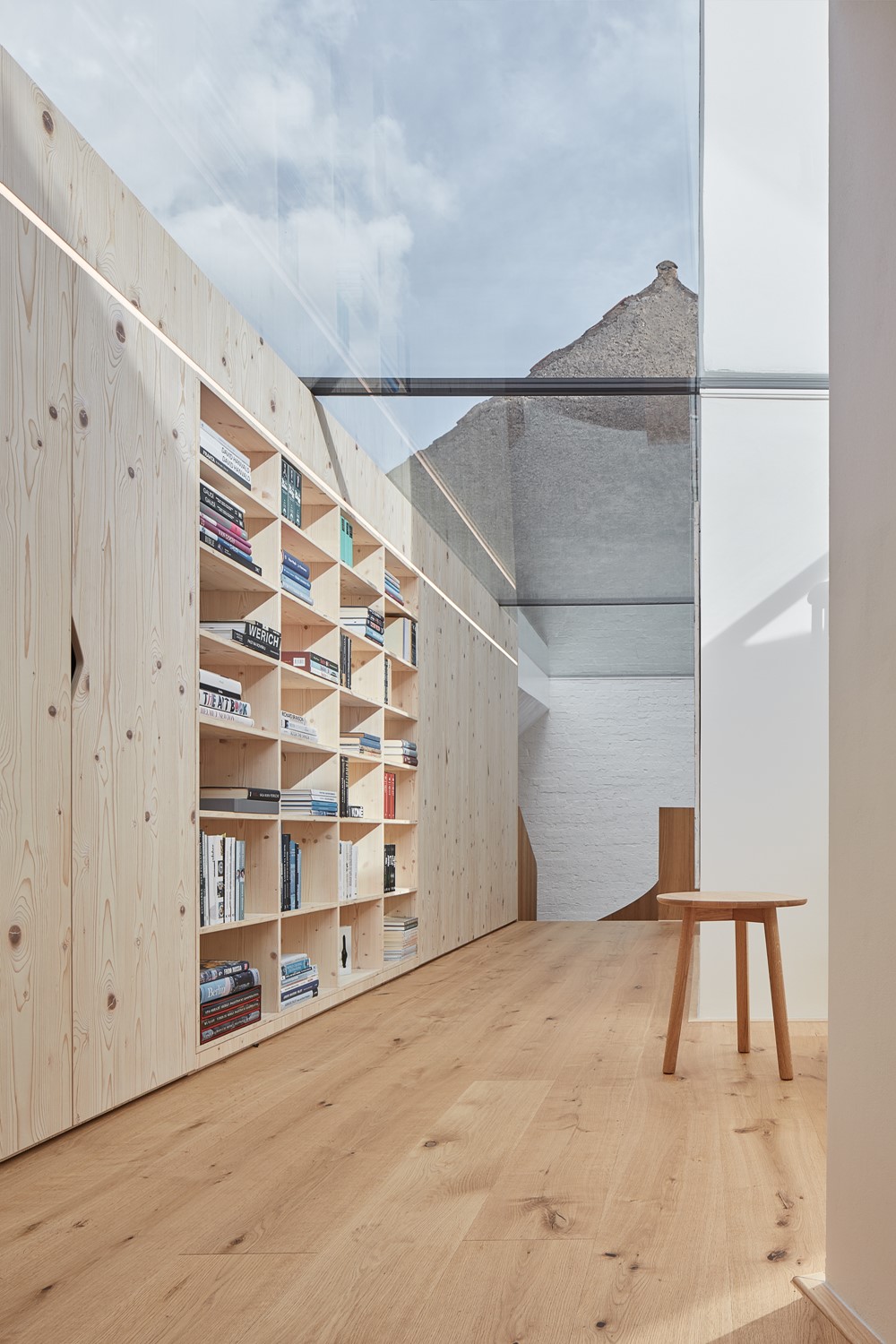 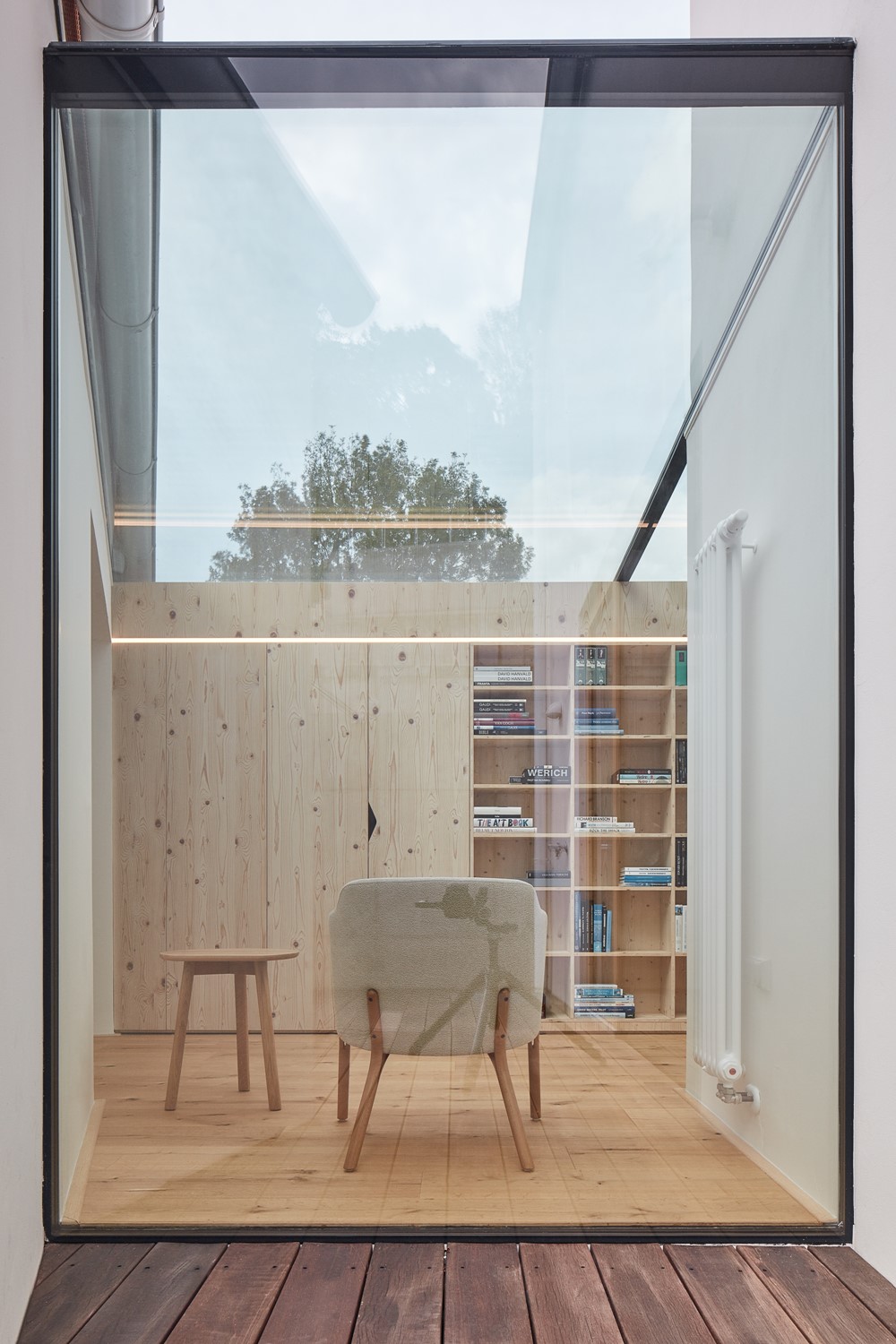 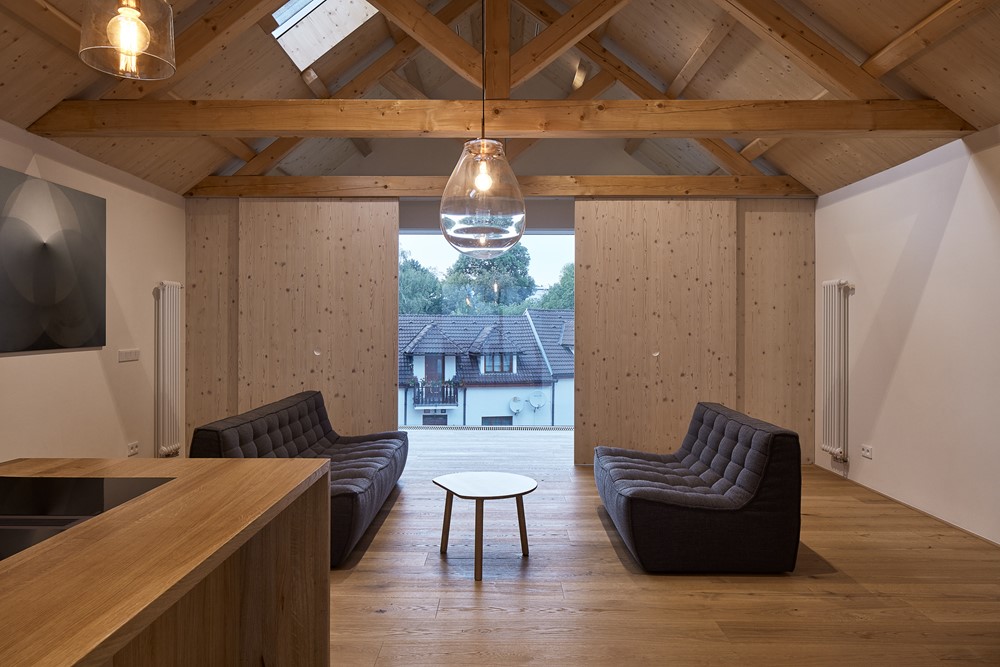 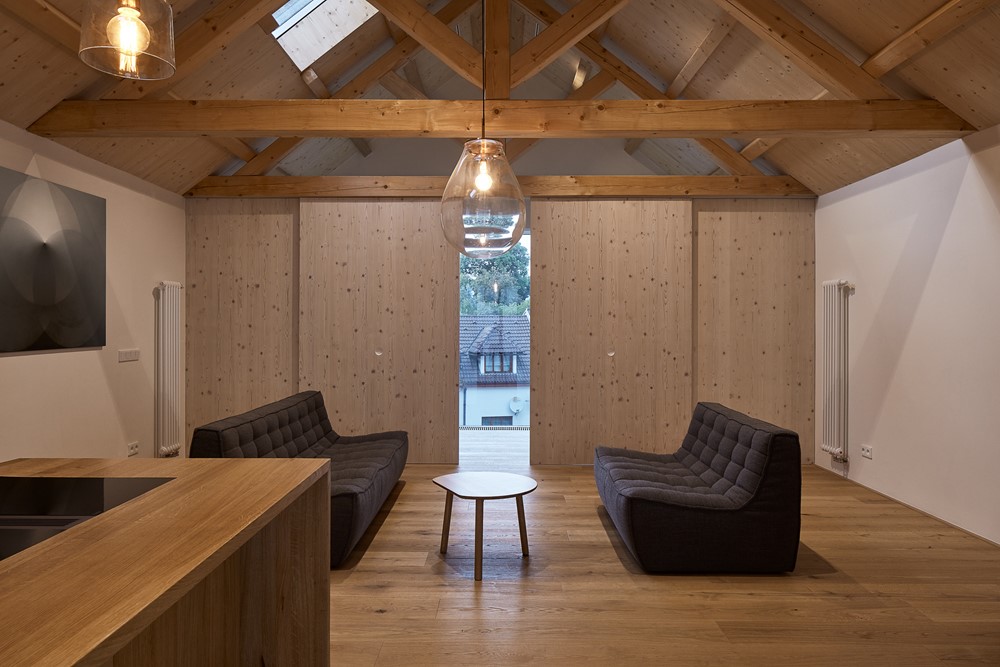 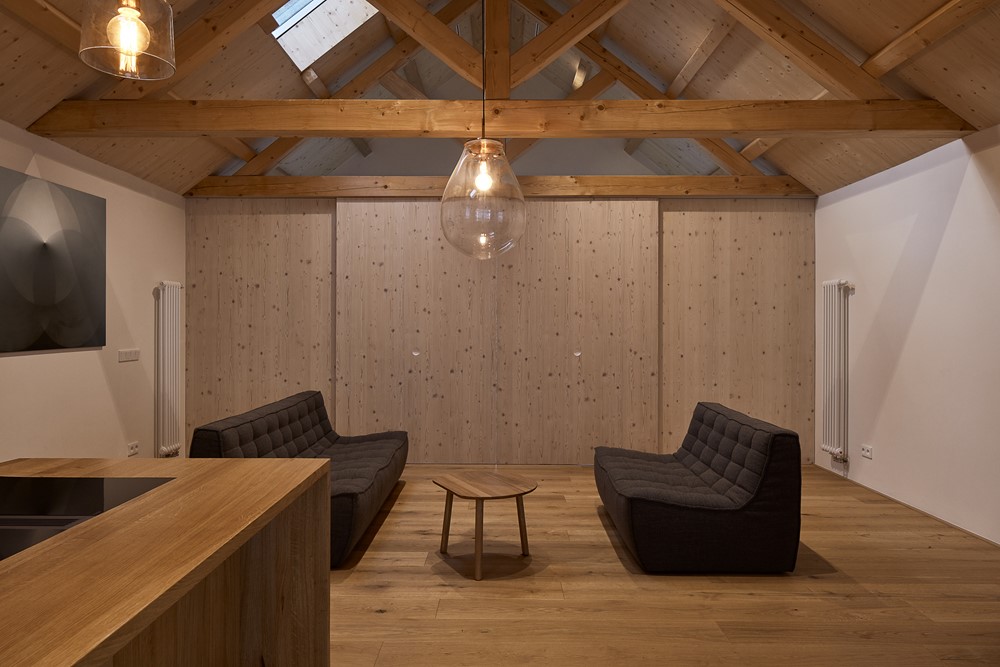 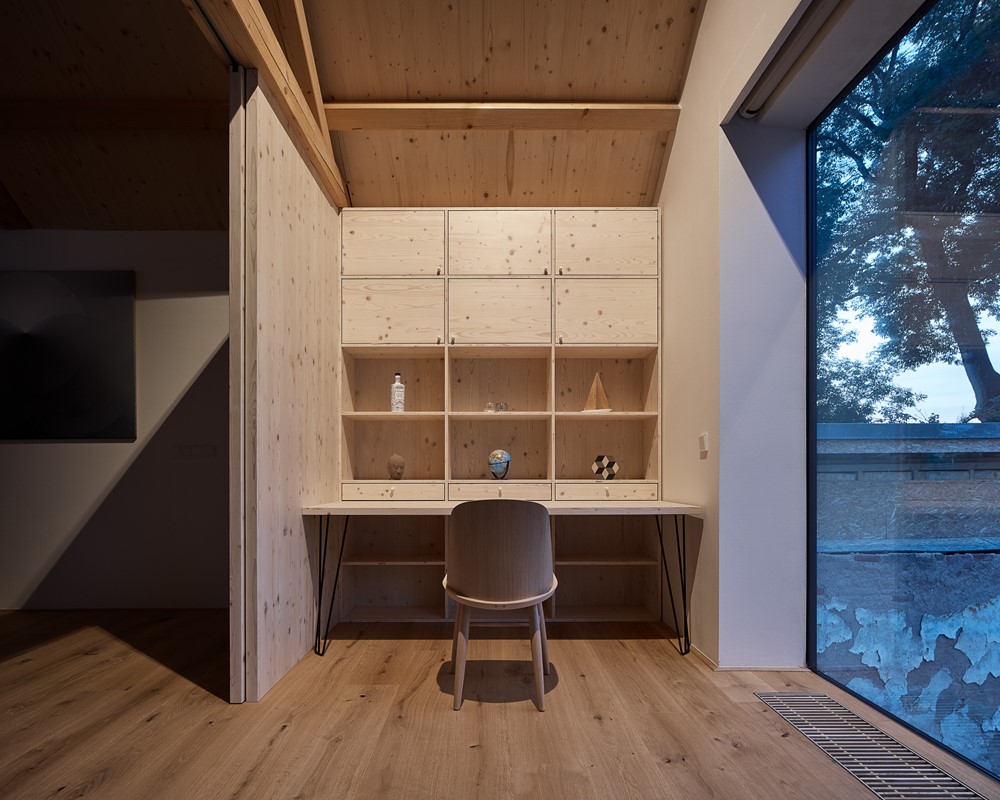 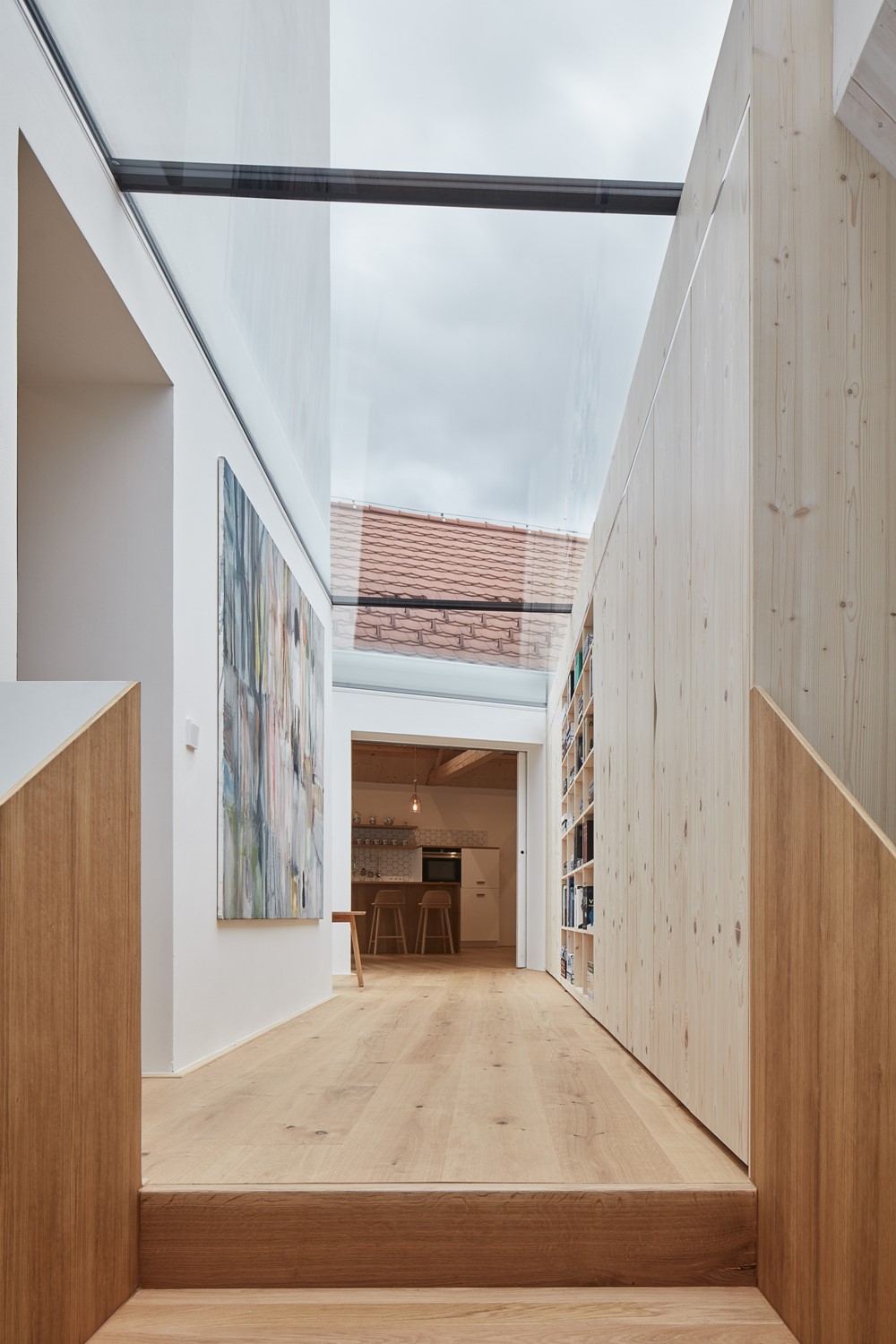 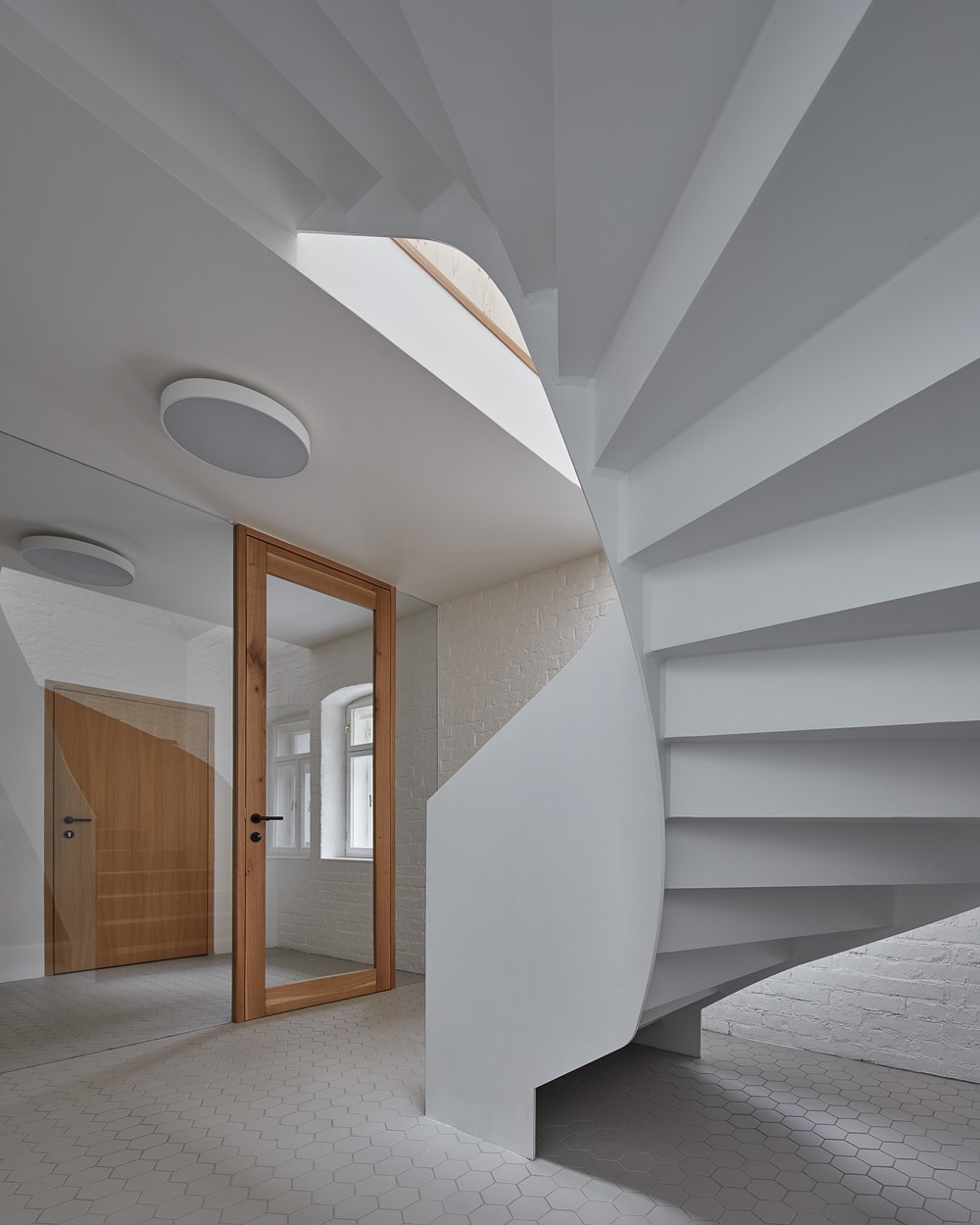 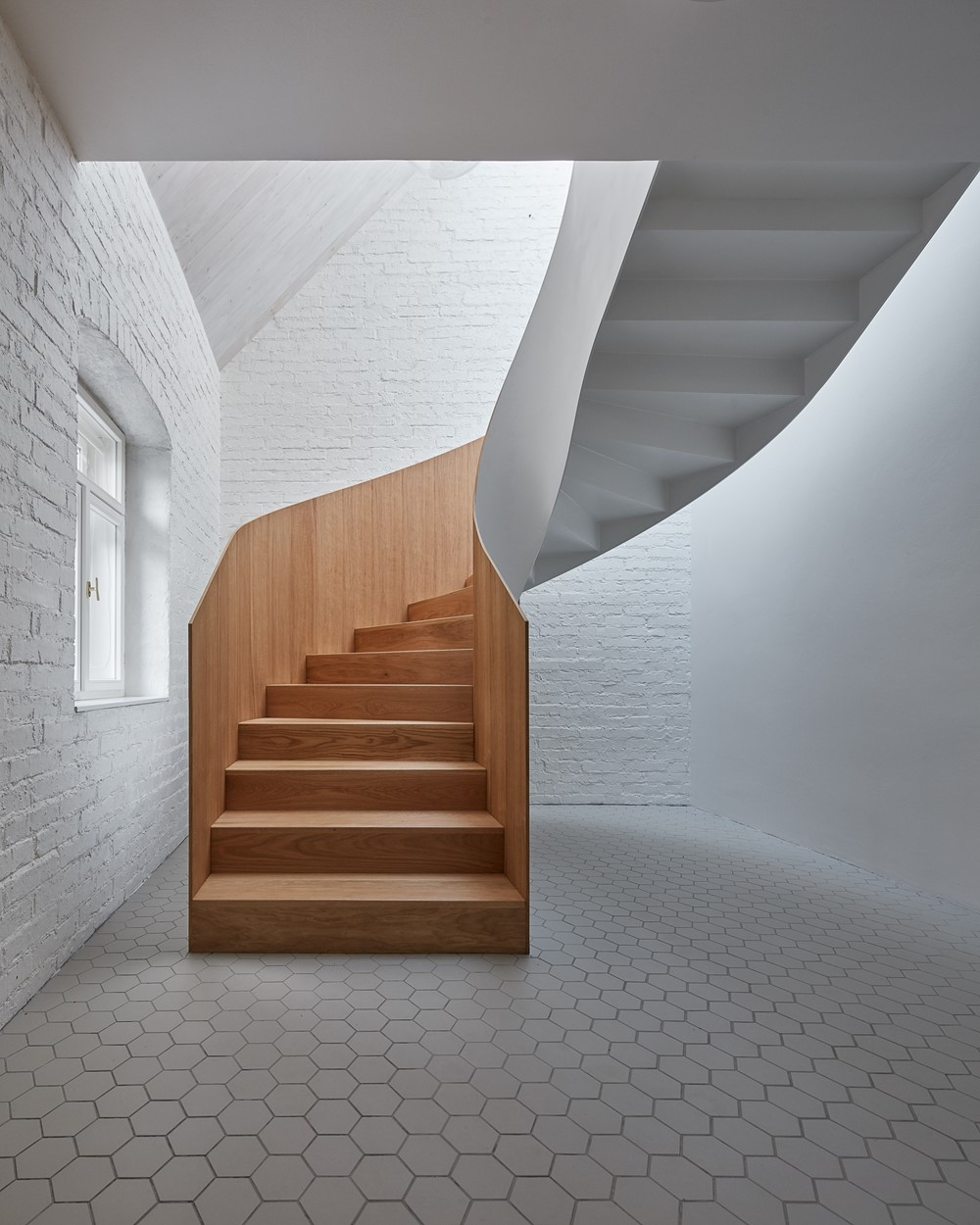 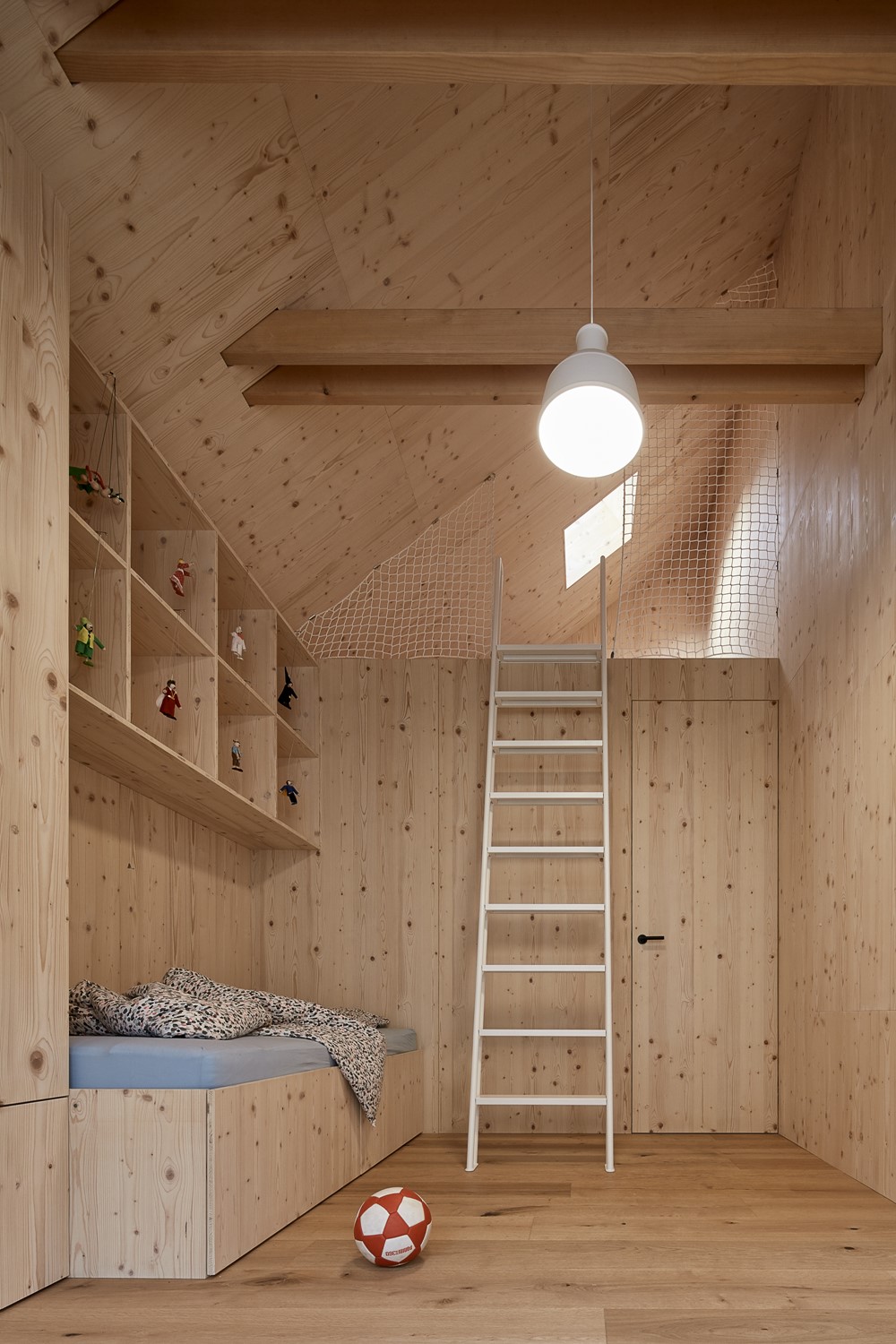 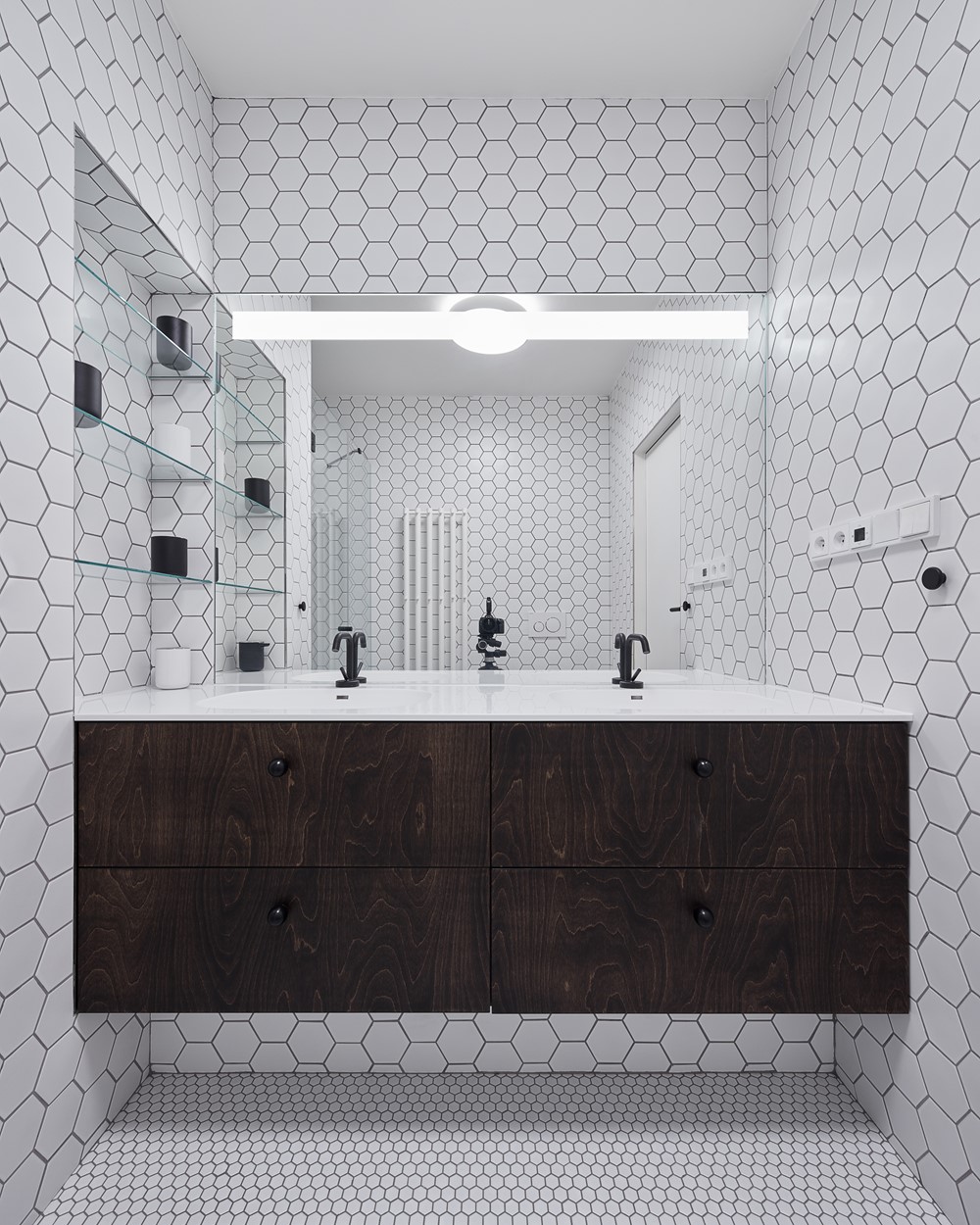 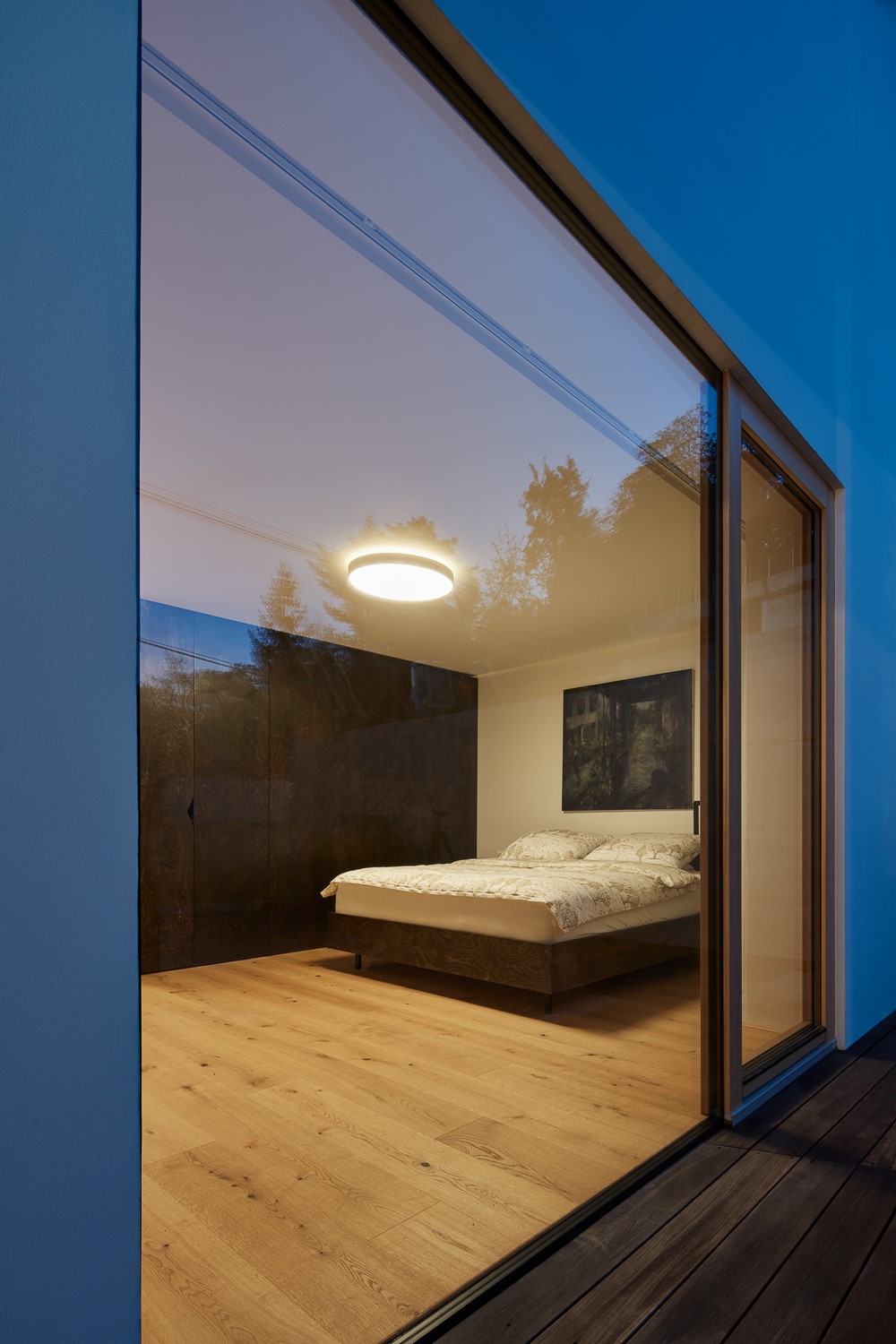 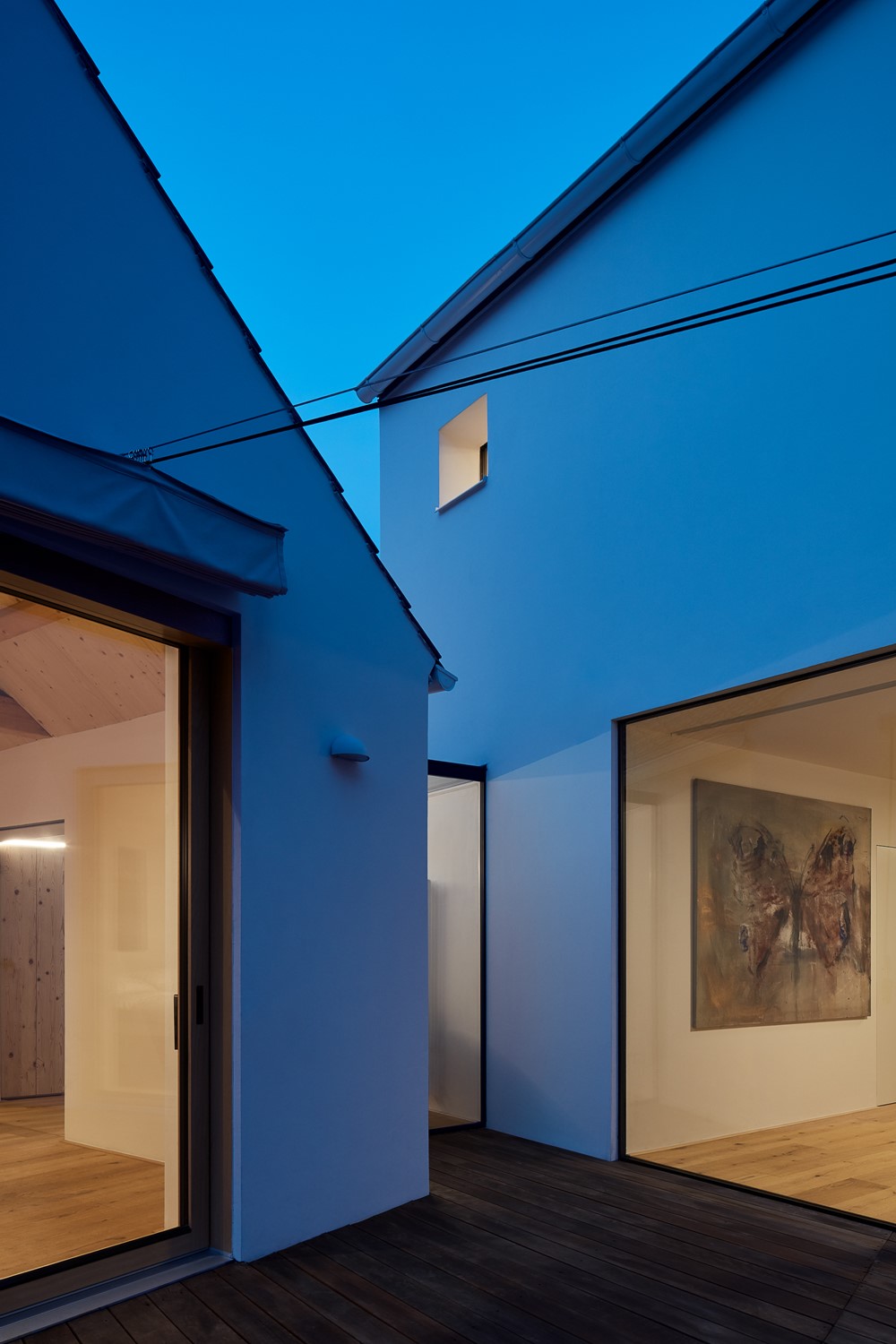 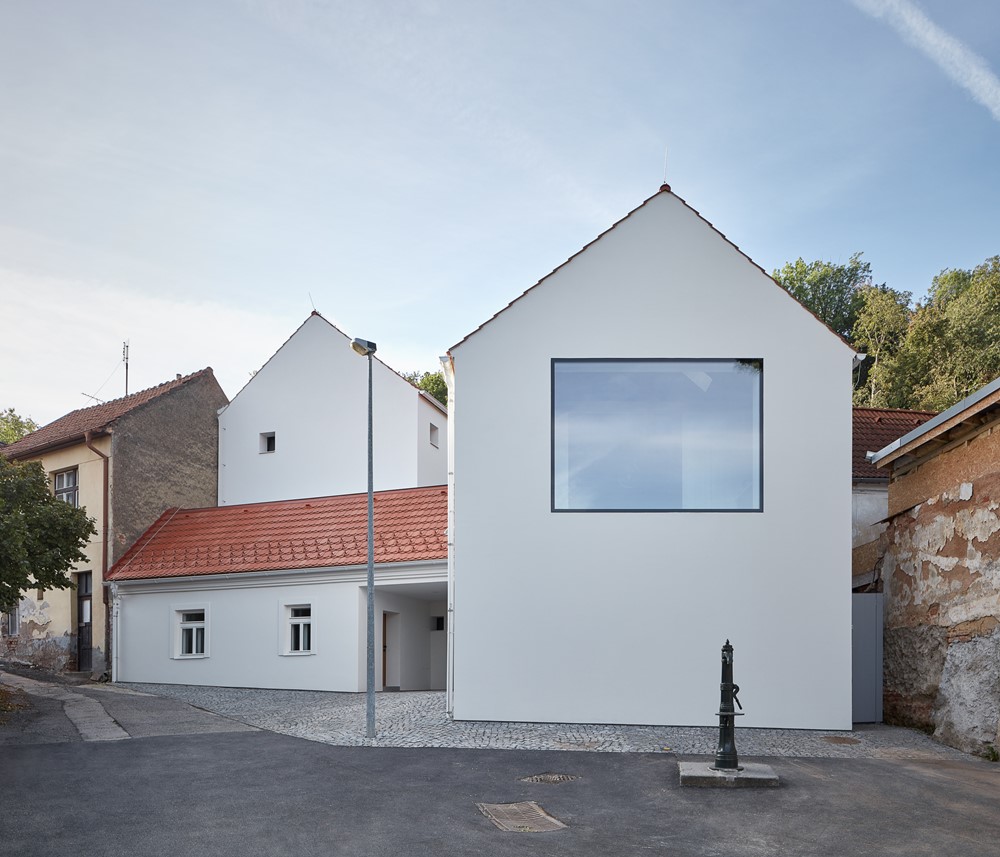 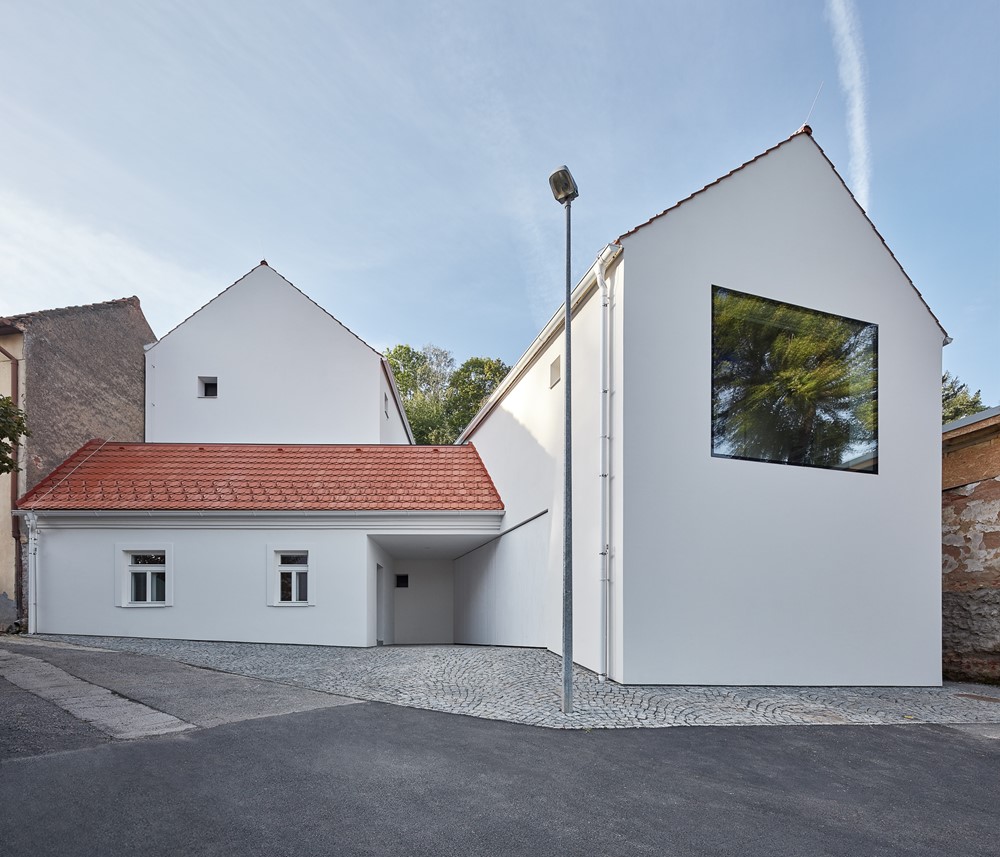 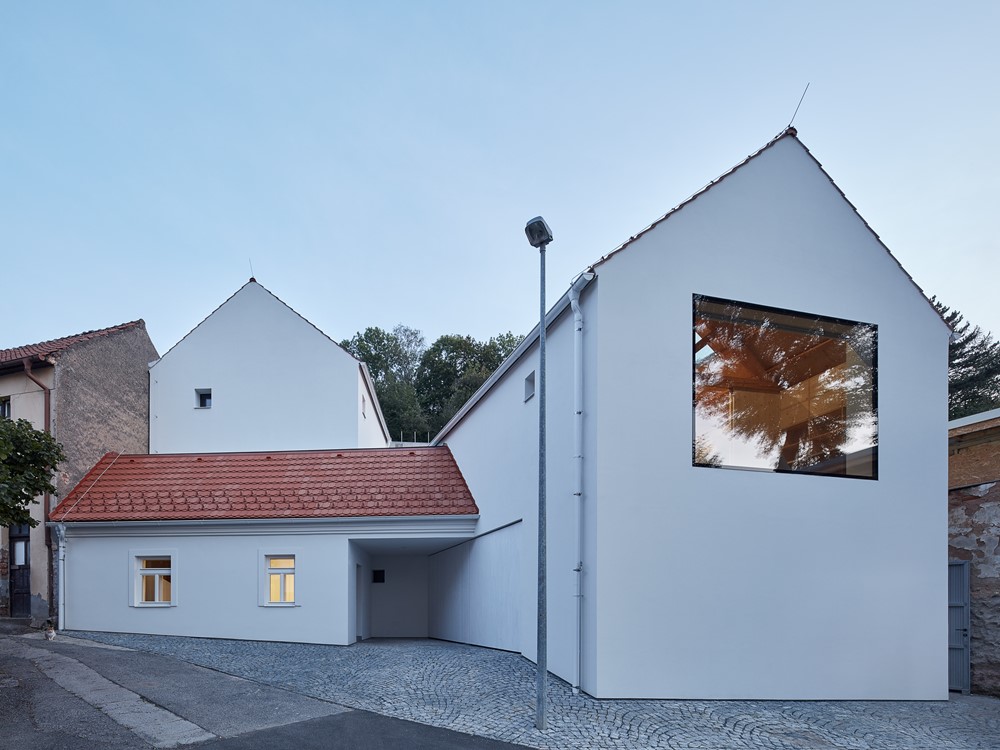 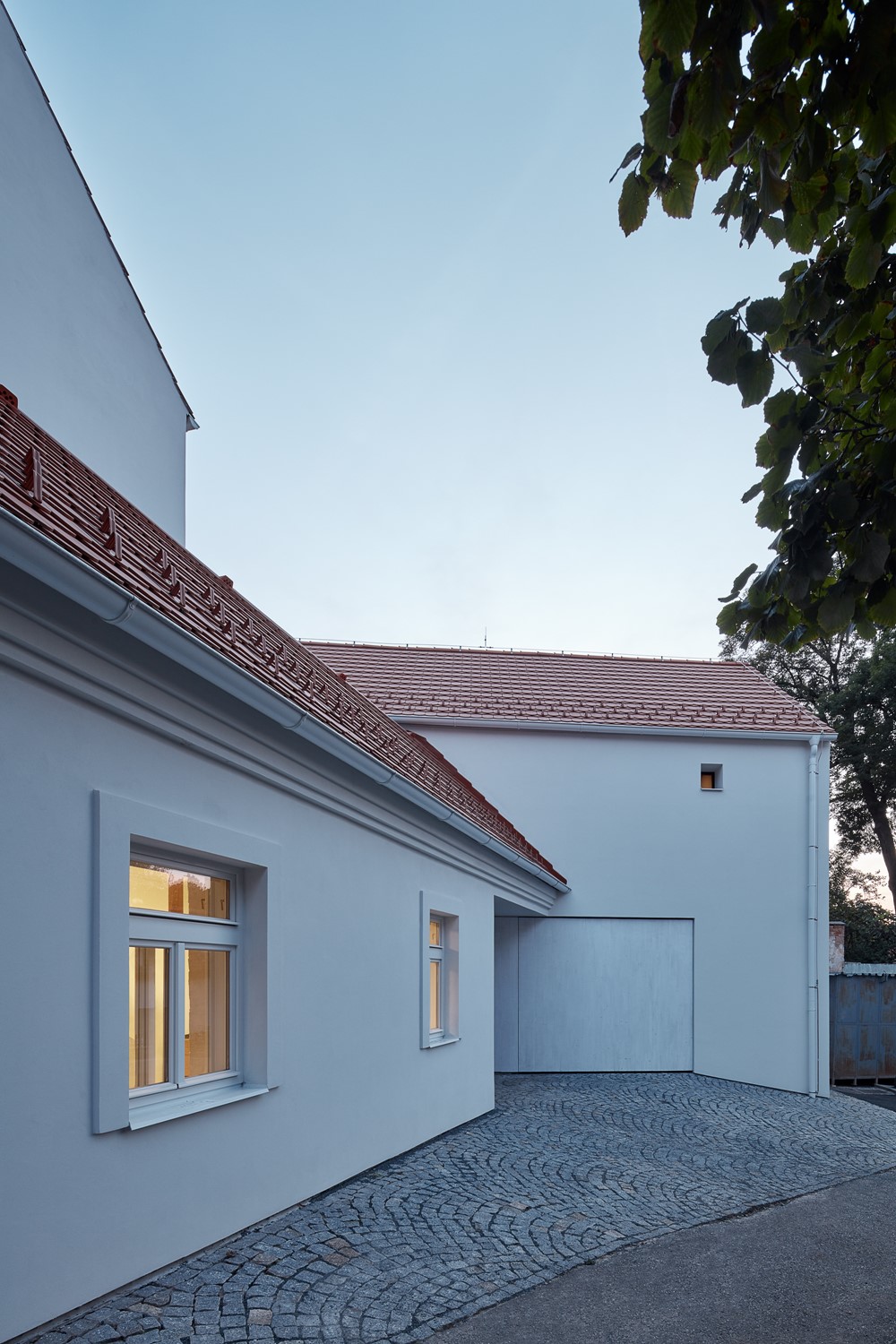 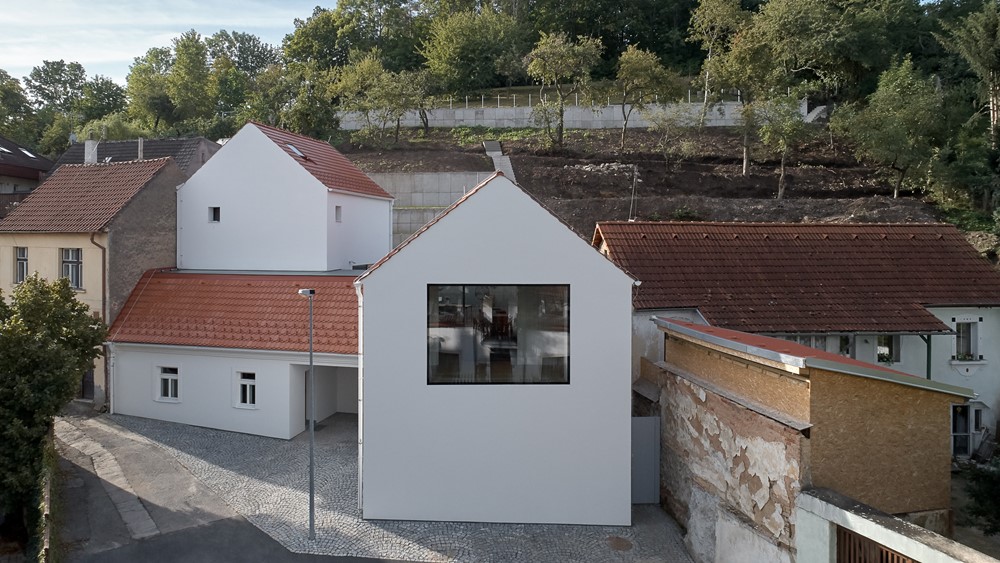 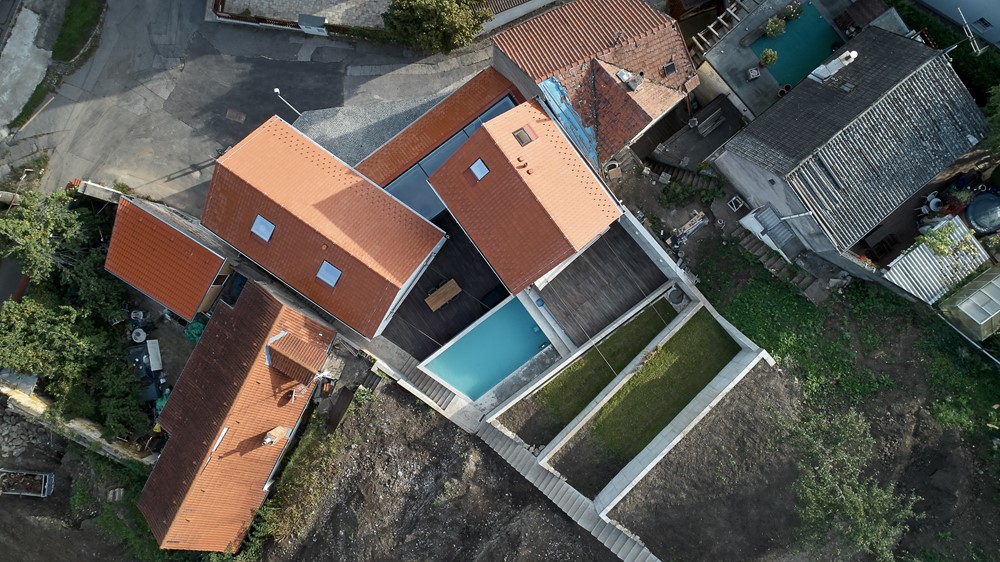 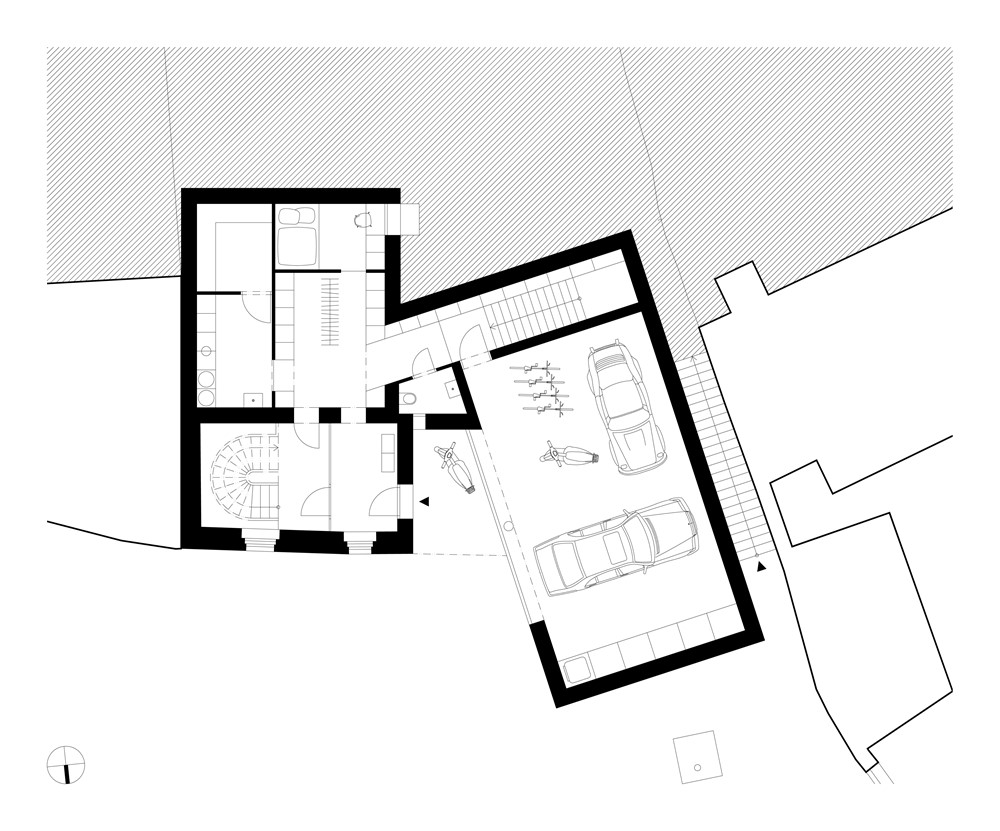 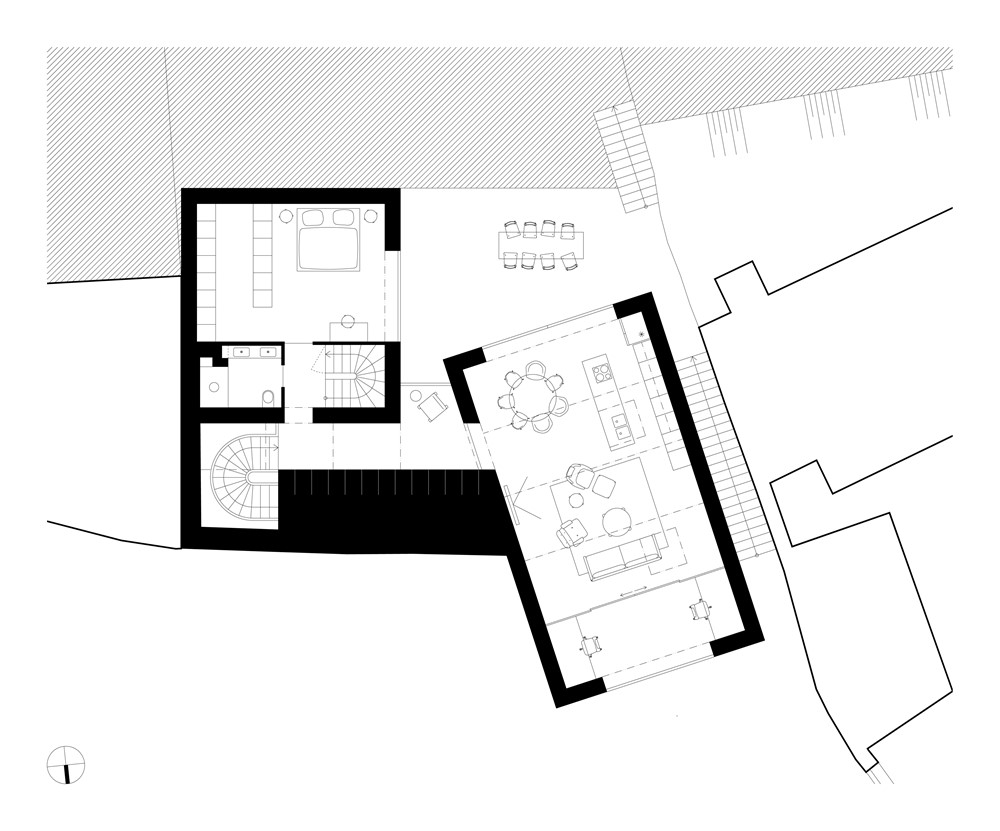 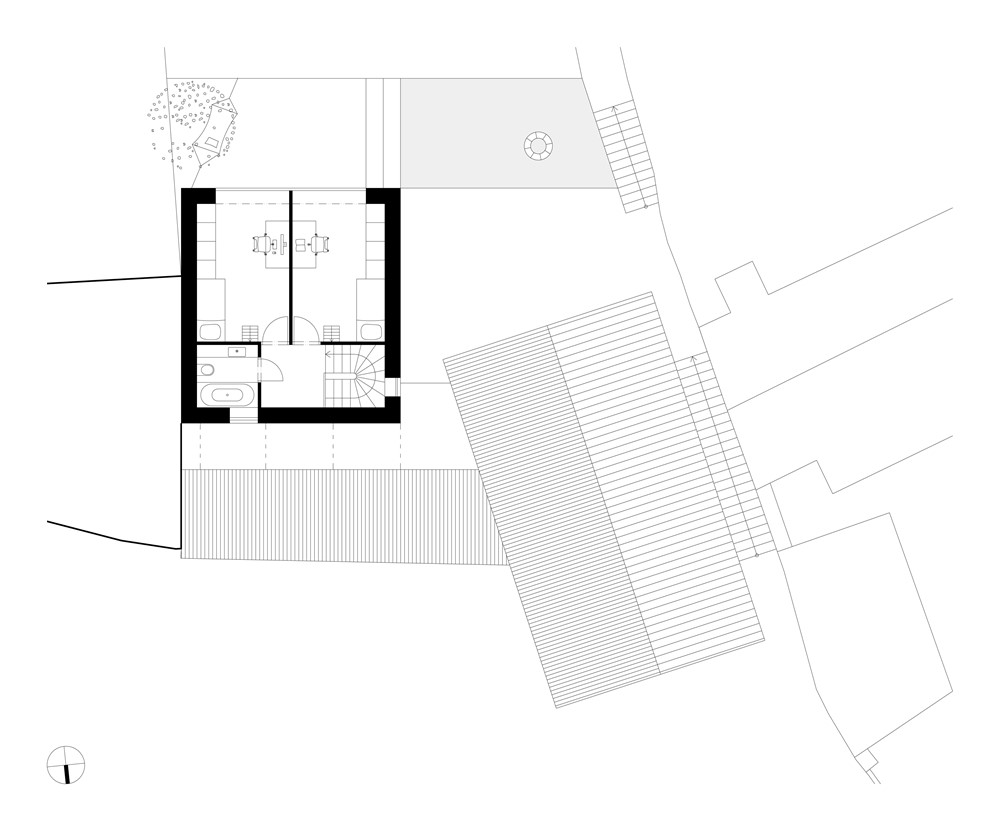 A narrow street, where the sleepy character of old Jinonice is still preserved, broadens out to create a tiny square with a well. It was dominated by an abandoned house, formed by gradual addition of masses, some of which overtopped the original one. The complex of these small buildings, placed in the sloping garden, was in a very dilapidated uninhabitable state.
The new design preserves only the oldest part made out of stones oriented towards the street and uses it as an entry to the main living floor in the two new masses. The tallest part is dedicated to the children. All of the living areas, including children´s bedrooms, have a direct connection to the sunlit sloping garden, which is shielded from the street by the mass of the house.
The old and the new part are visually unified by the colour of the stucco plaster and by beaver tail ceramic tiles on the roof. The age of the individual parts is revealed by the detail, the original morphology is in a light contrast with the contemporary minimalist form.