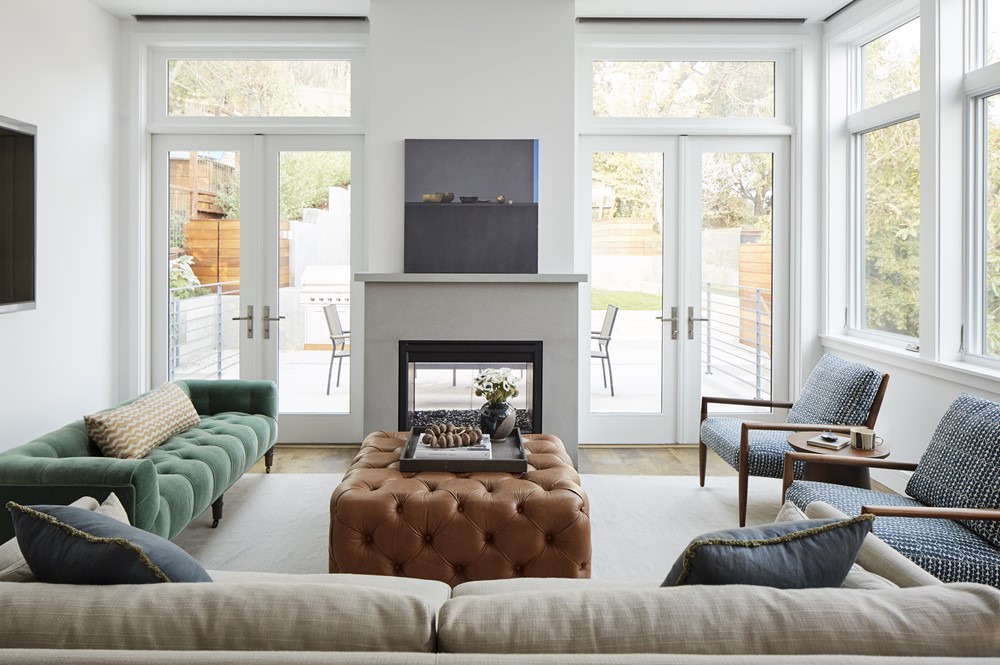 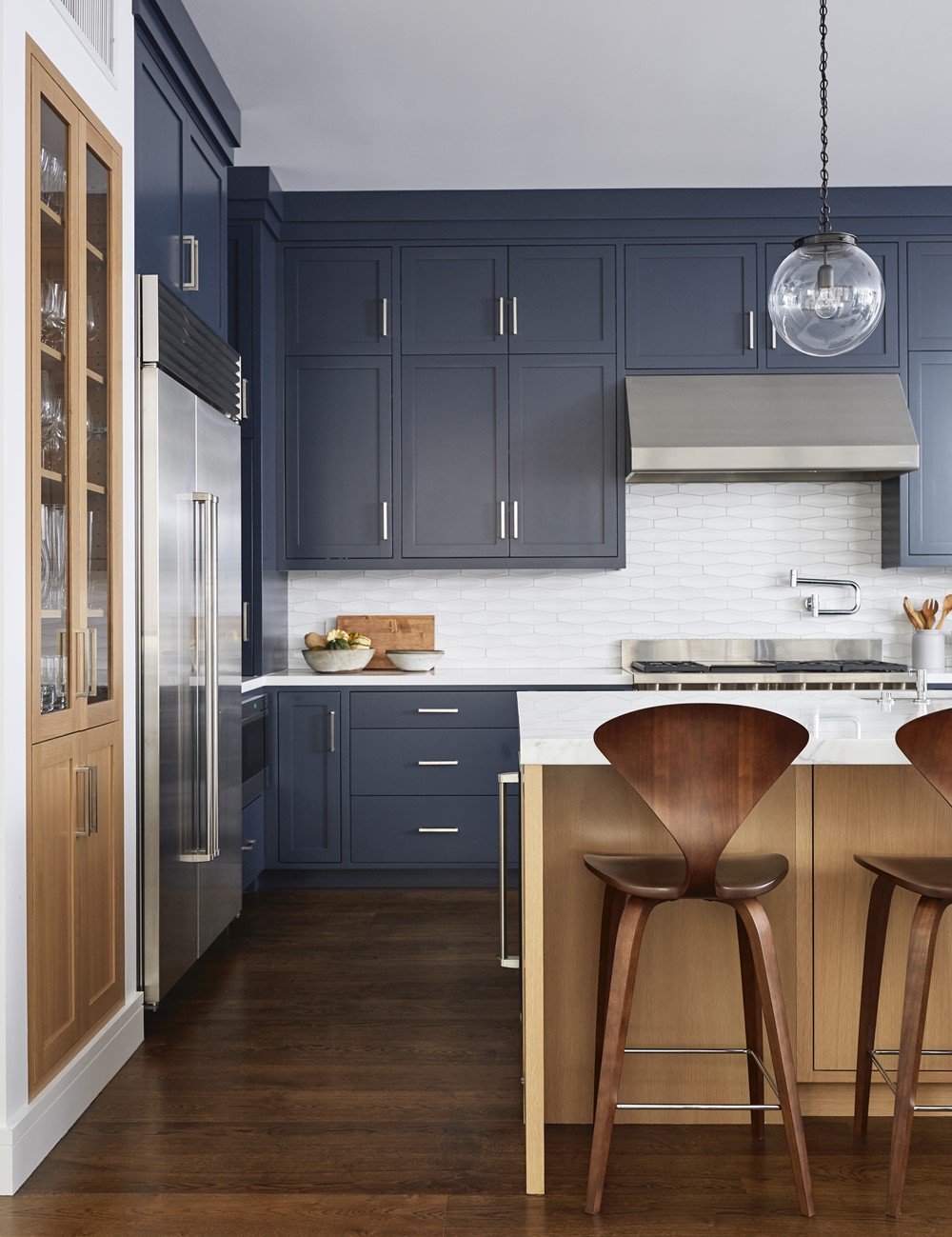 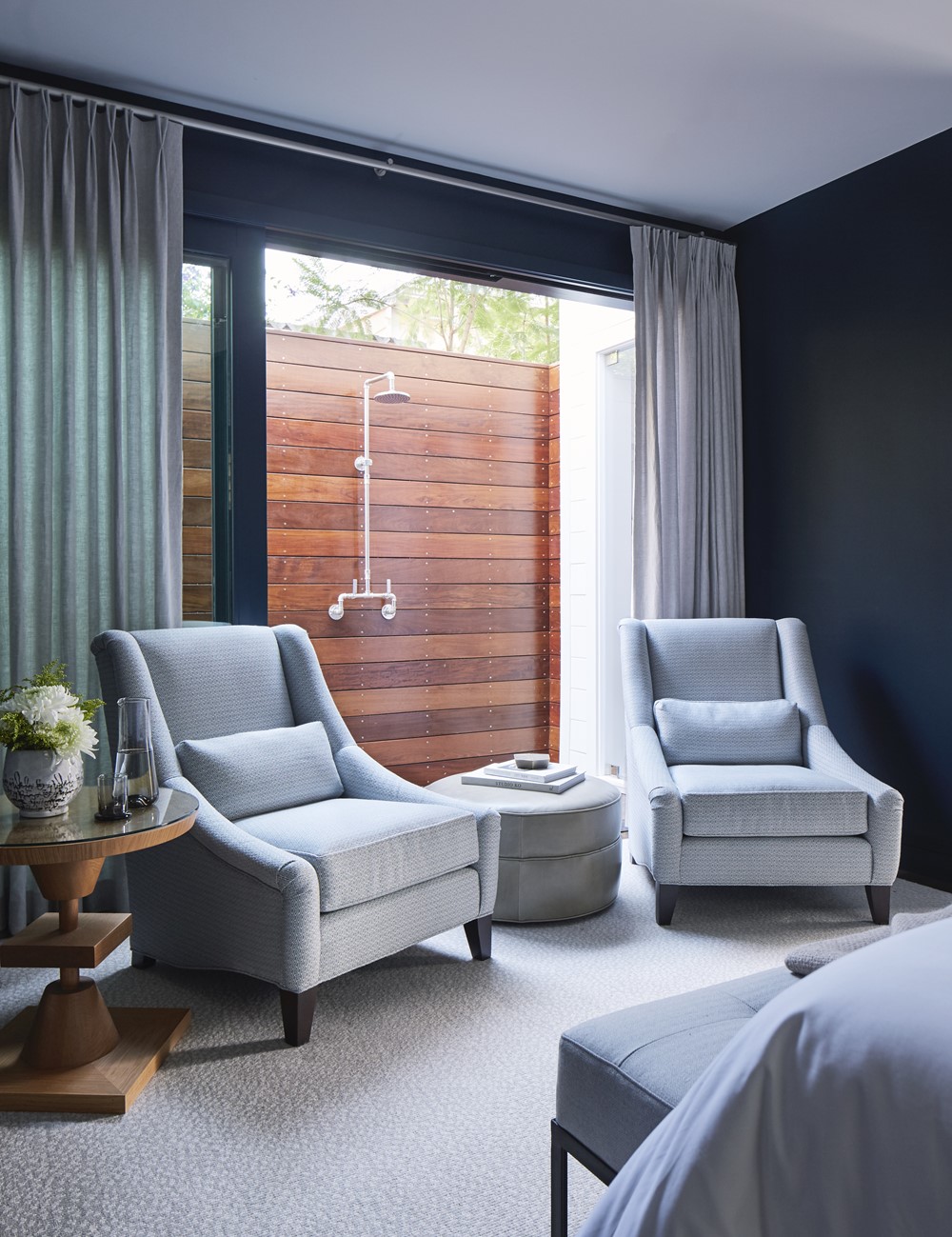 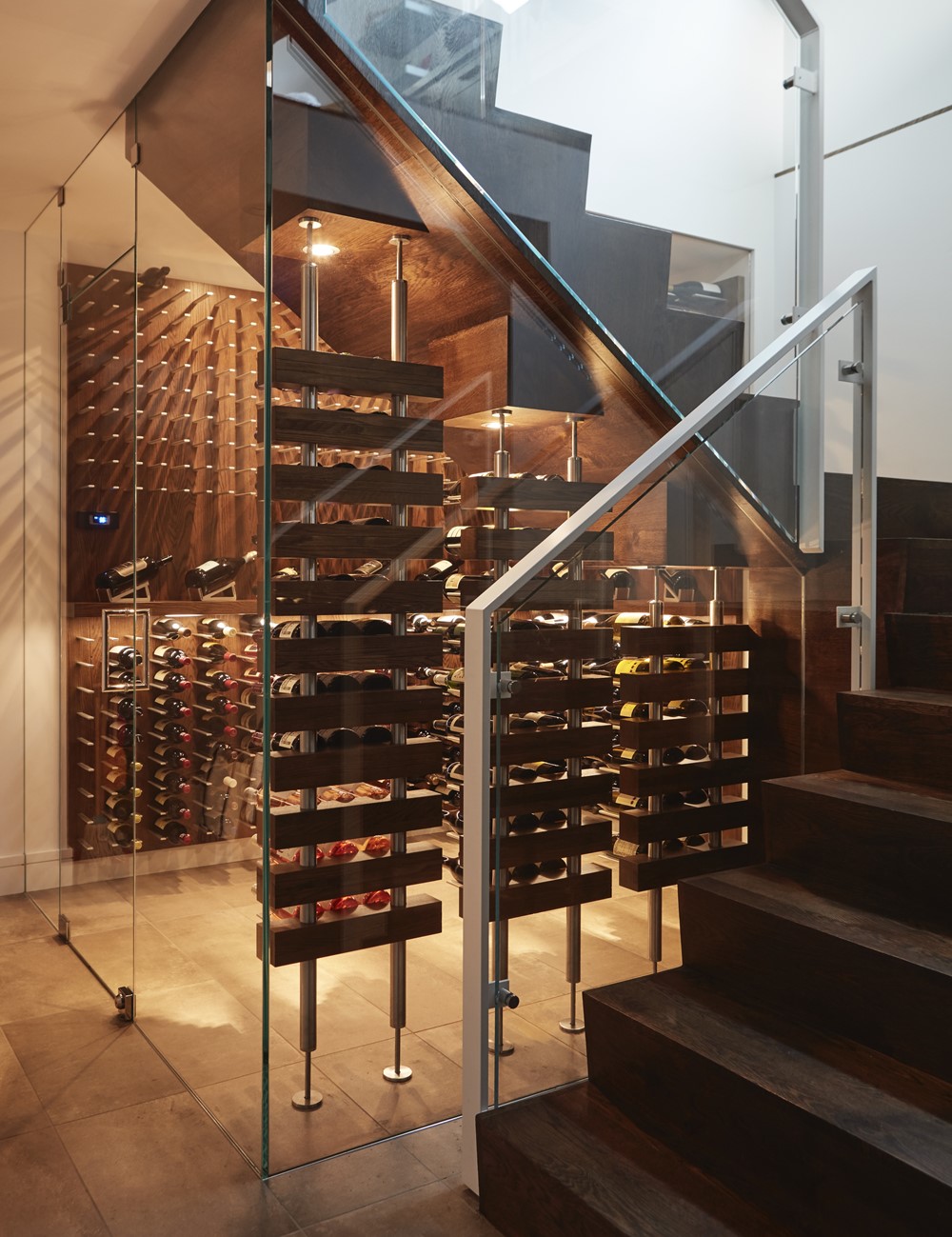 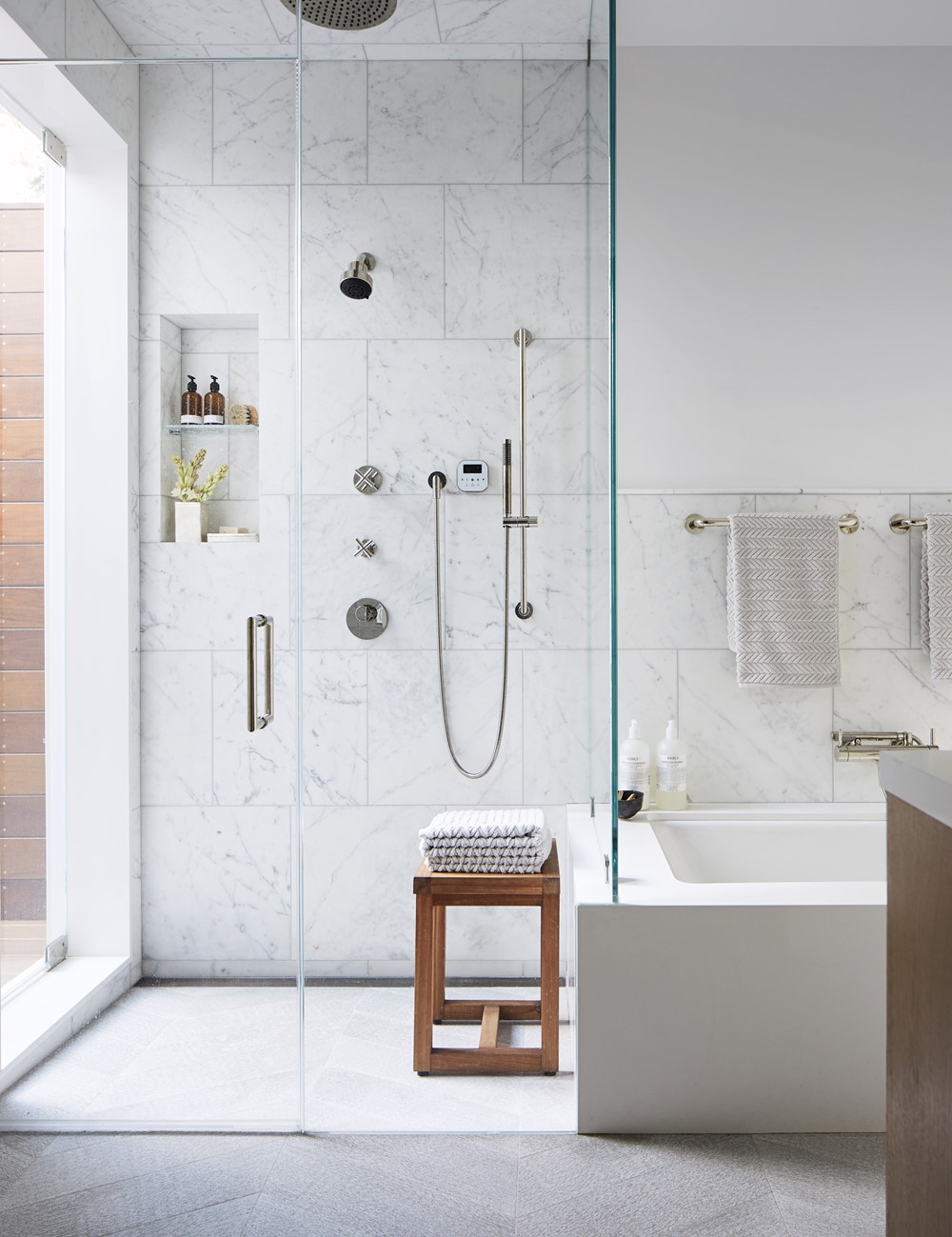 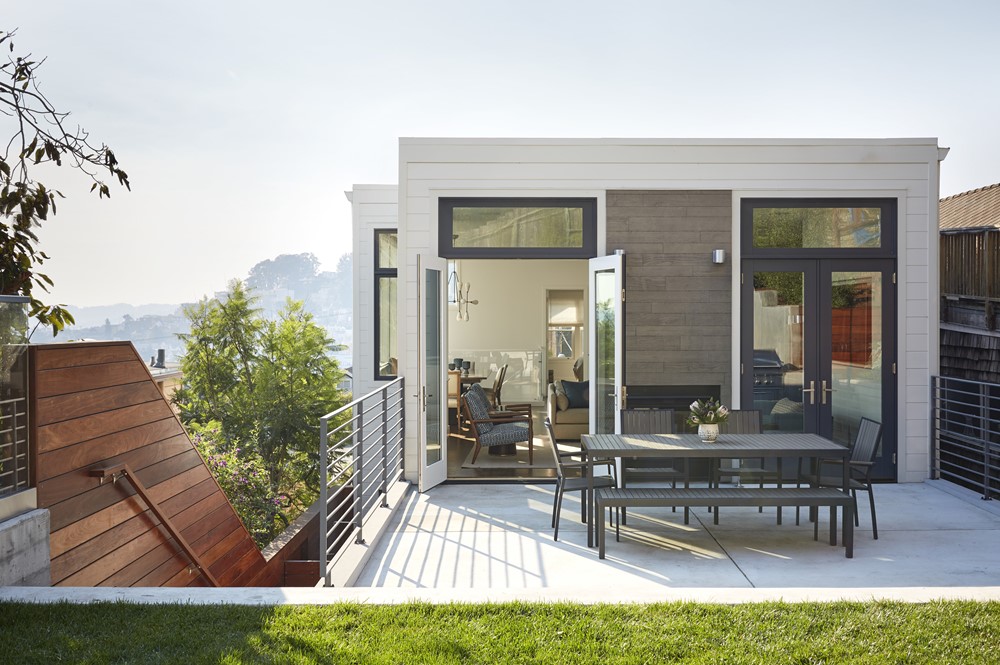 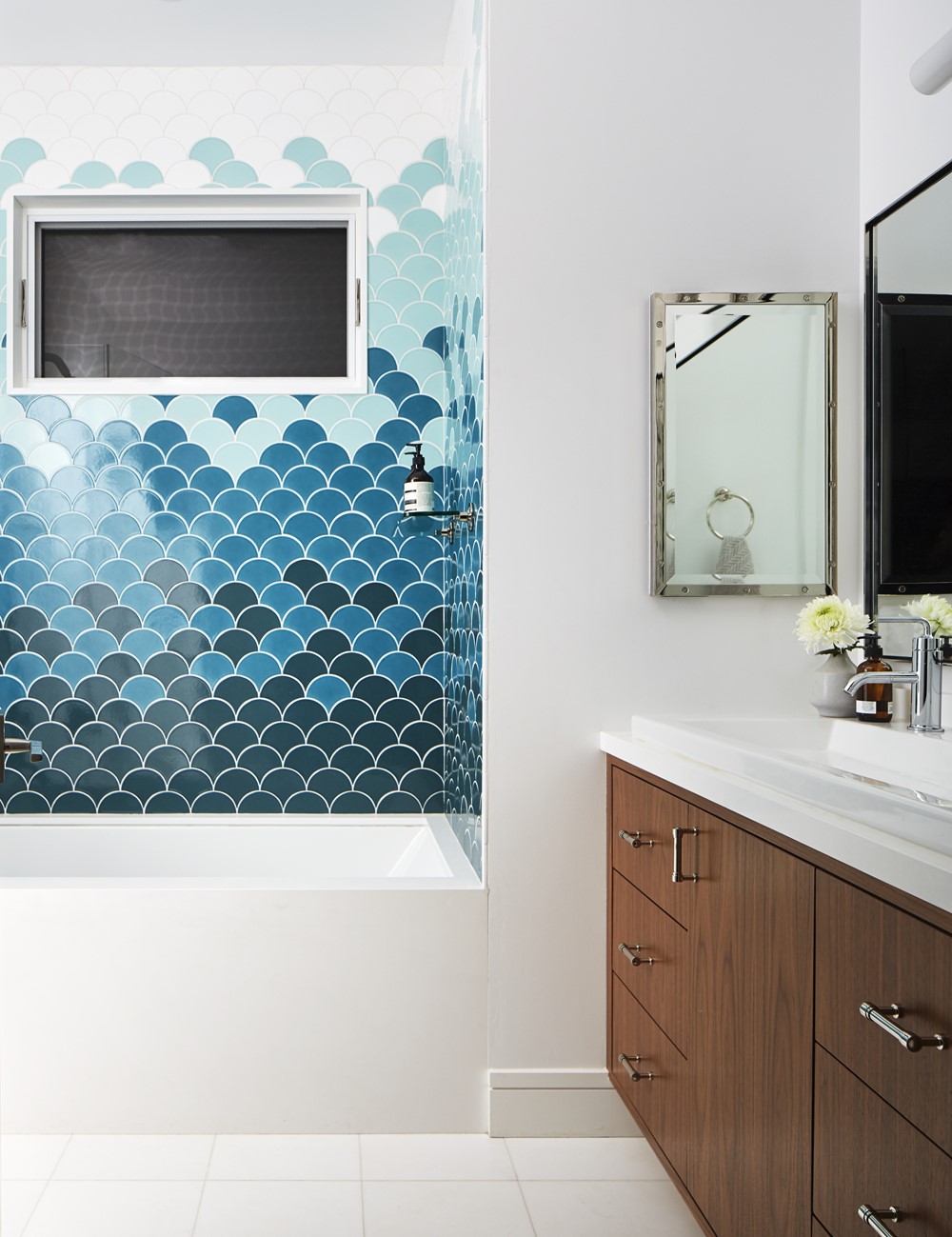 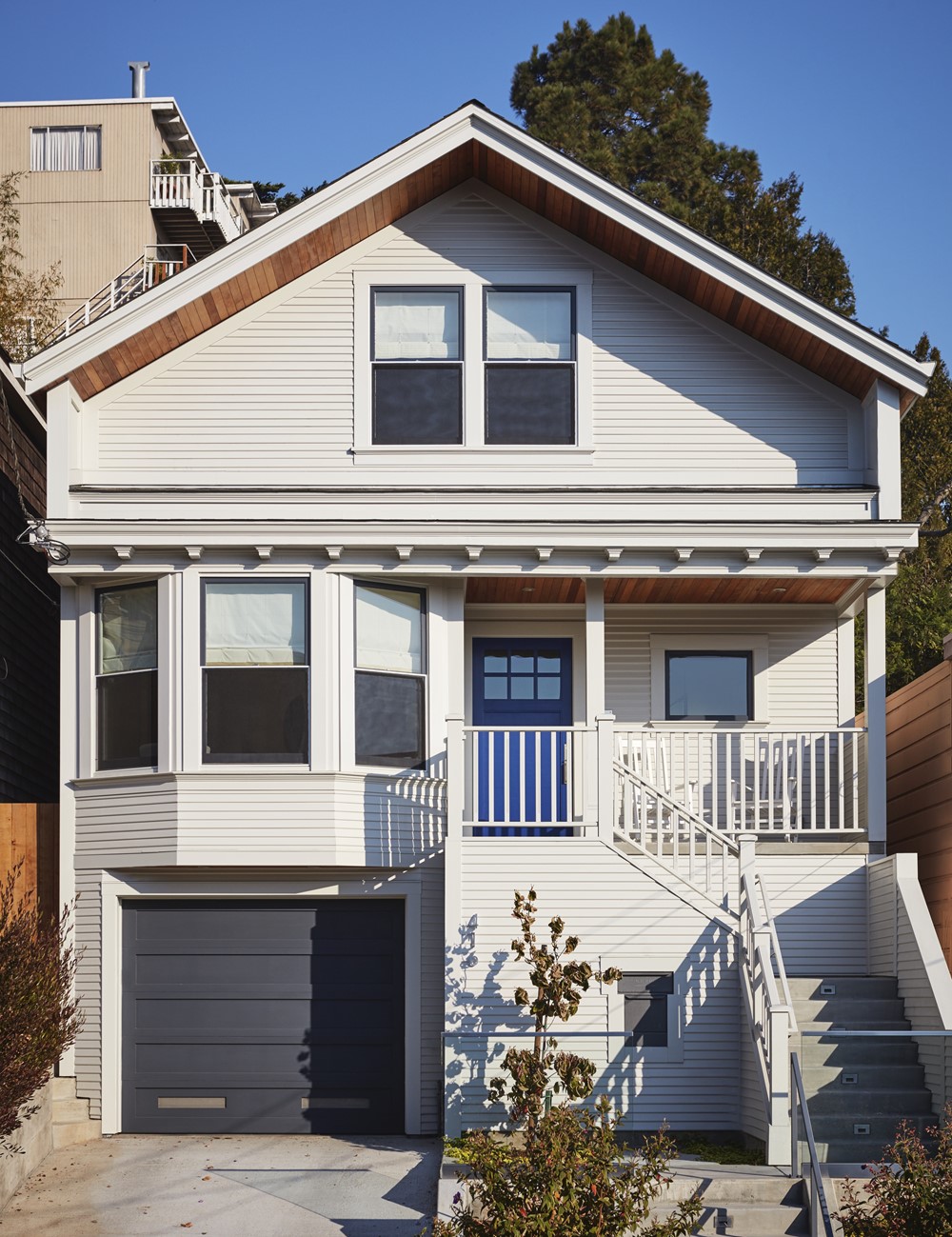 “In order to balance family togetherness with much needed private time, we worked closely with the homeowners to organize the space into private and public levels, affording an open plan that increased the functionality of the home while maximizing the views,” says John Lum, founding principal at John Lum Architecture.

The front facade was retained but reinterpreted with a “new” third floor cleverly birthed by raising the roof. Exposed cedar eaves, a navy front door, and modern materials, match the neighborhood pattern, hinting at what’s inside. At the heart of the 3,000-sf version, is a bright, open third level containing a great room with kitchen, dining and living spaces, a spacious terrace, and hillside garden. The second level, which encompasses the main entry, bedrooms and office, boasts a dramatic master suite complete with teak-lined outdoor shower and marble bath, accessible from the garden. To tie the floors together, a glass-railing staircase filters light throughout, doubling as wine cellar wall. This subterranean floor also houses the garage, media room and mudroom: Play and practicality blended as one.

The result is a well-organized, carefully crafted home, reflective of the times.