During the 1950s, architect Roland Roessner was teaching at the University of Texas and designing some of Austin’s most daring modern structures. One of his more memorable houses, located on Balcones Drive, is notable for its prominently cantilevered concrete balcony perched above a long, sloping hillside, with Camp Mabry as its backyard. Though previously unacquainted with the period, new owners delved into all things mid-century modern and hired Clayton & Little to assist with a deliberate and sensitive renovation of this Austin treasure. Photography by Nick Simonite 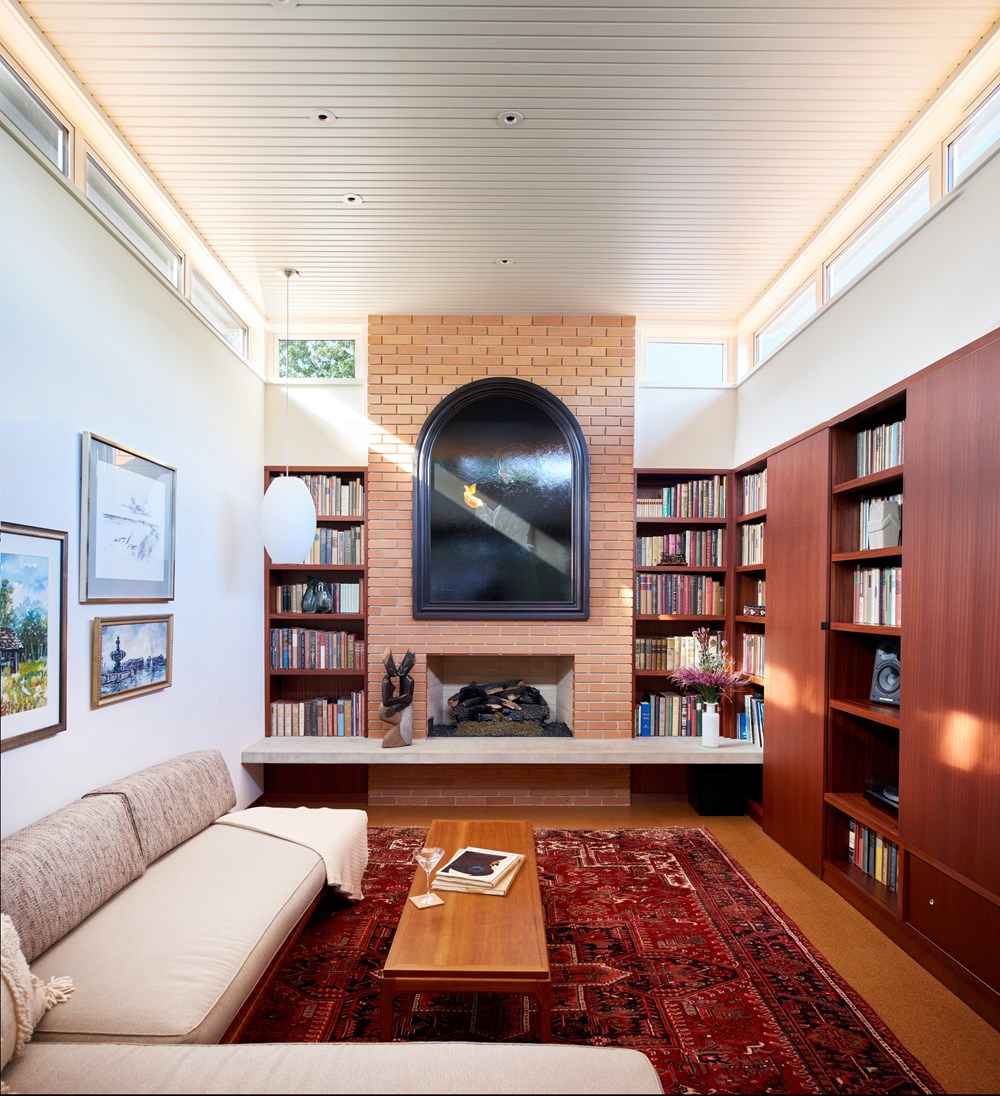 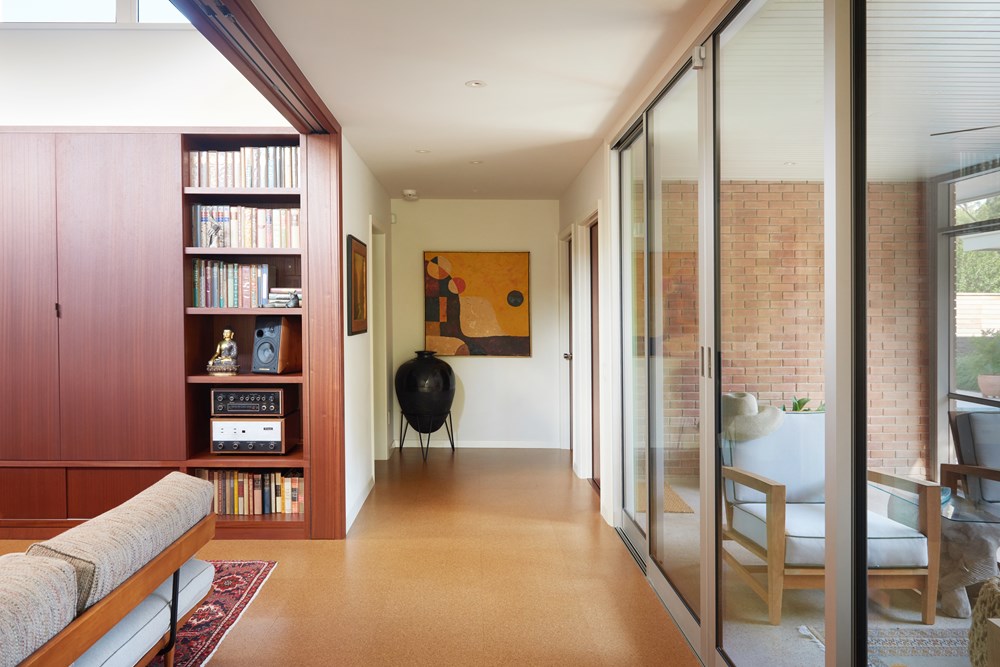 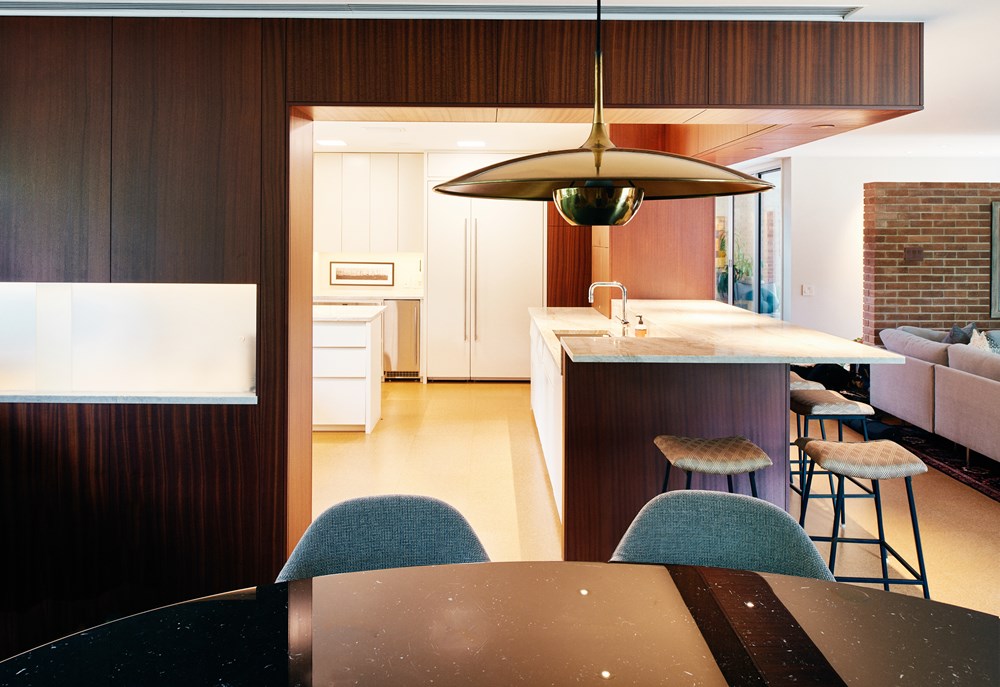 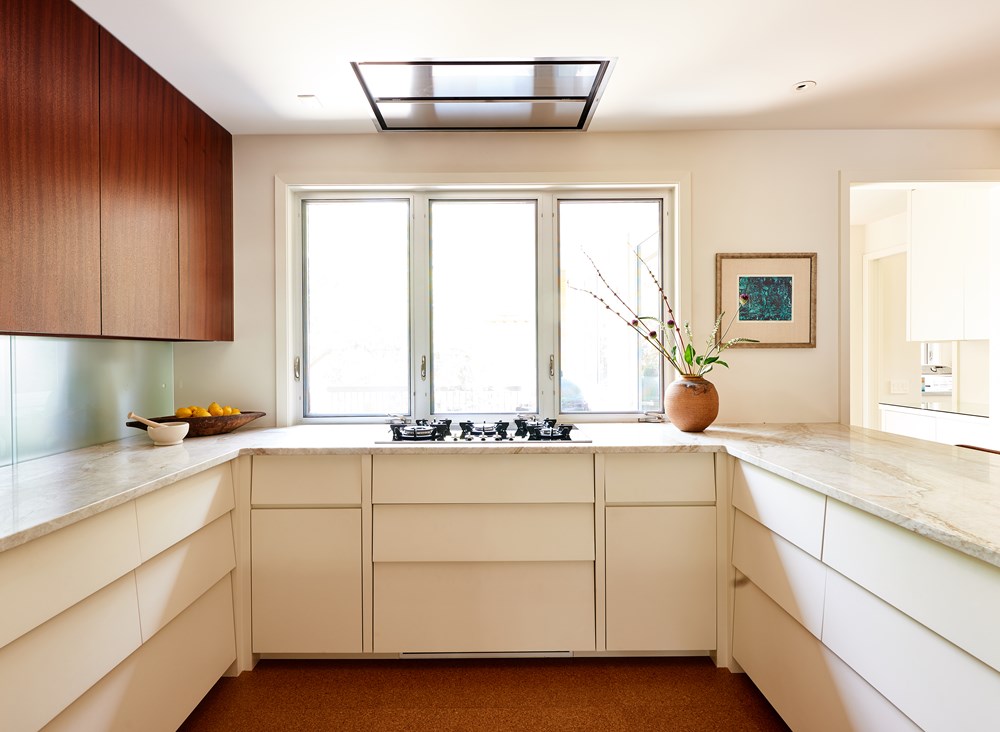 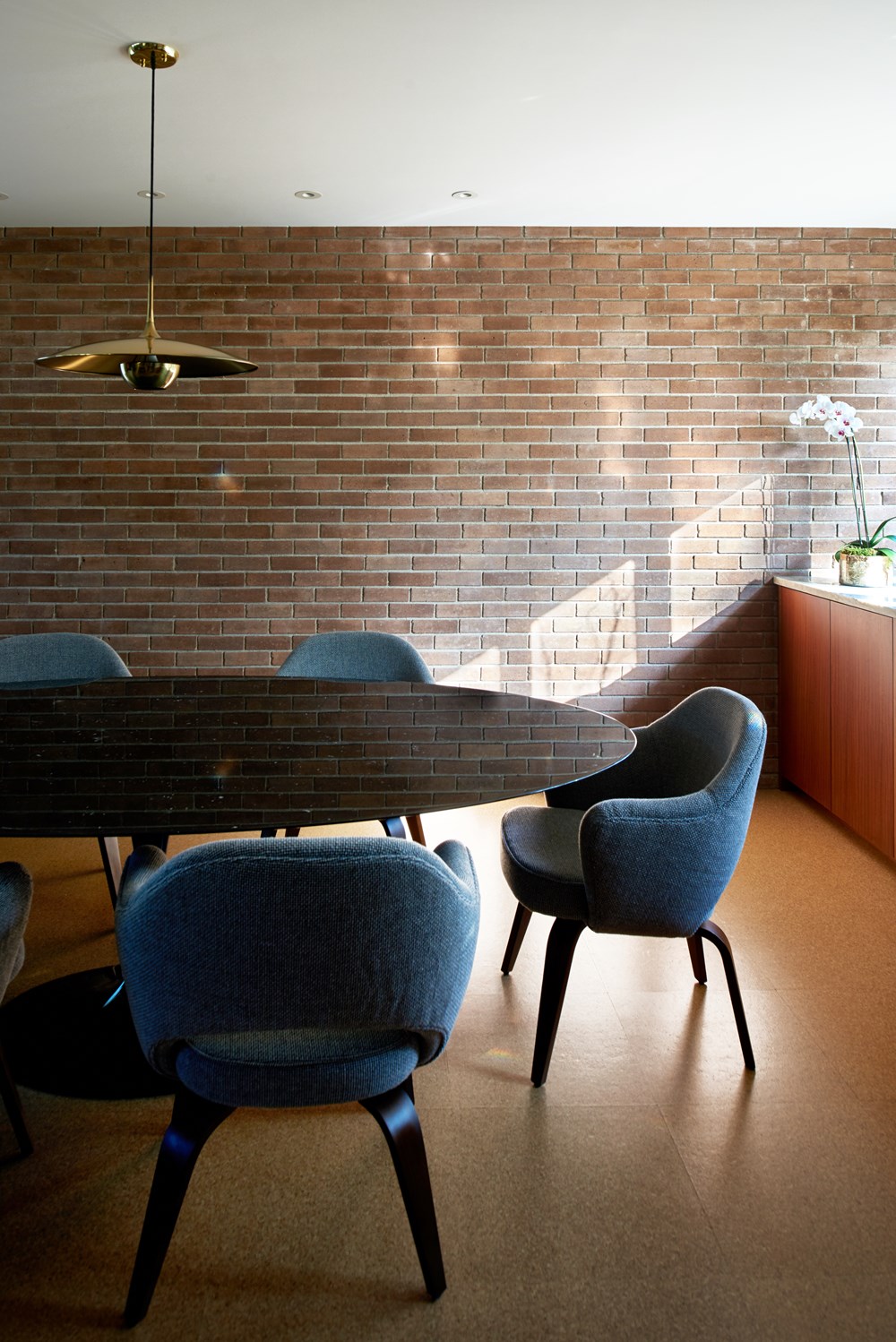 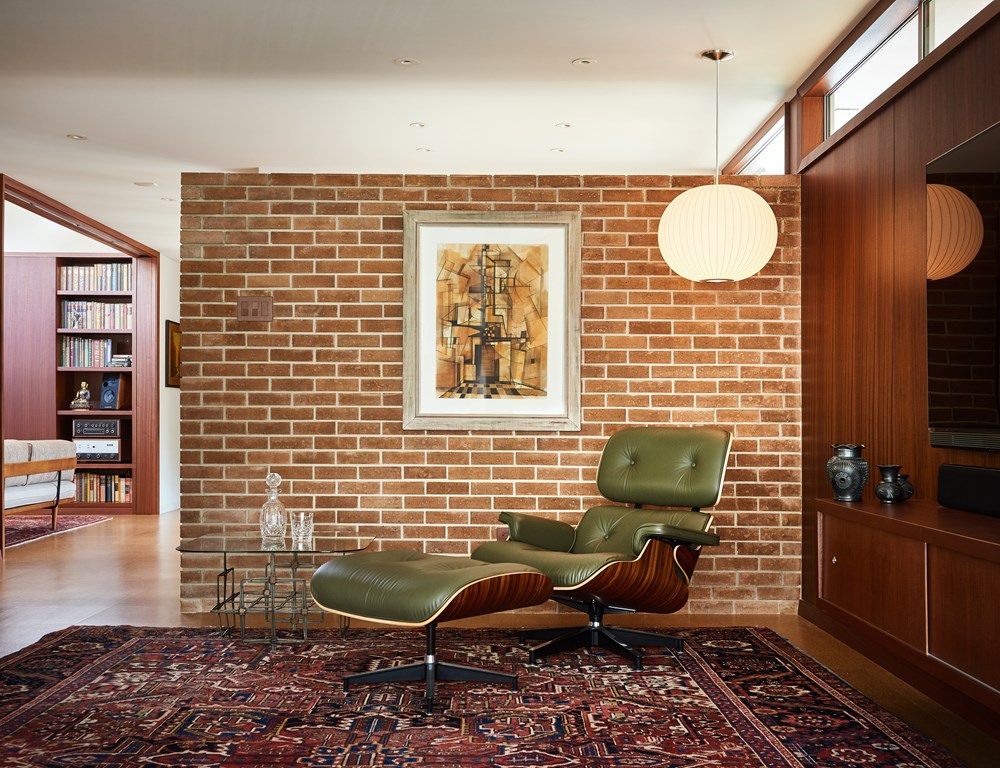 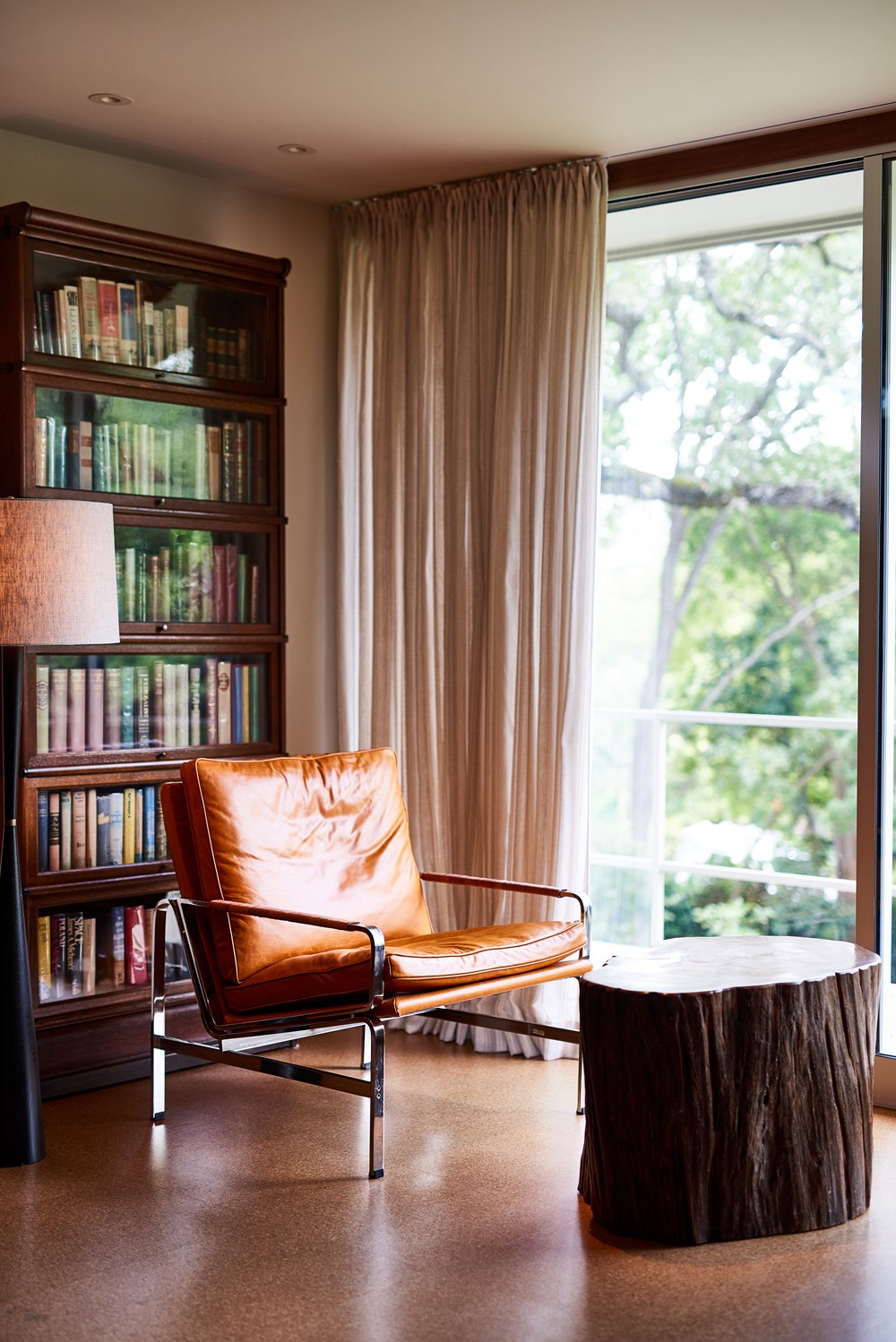 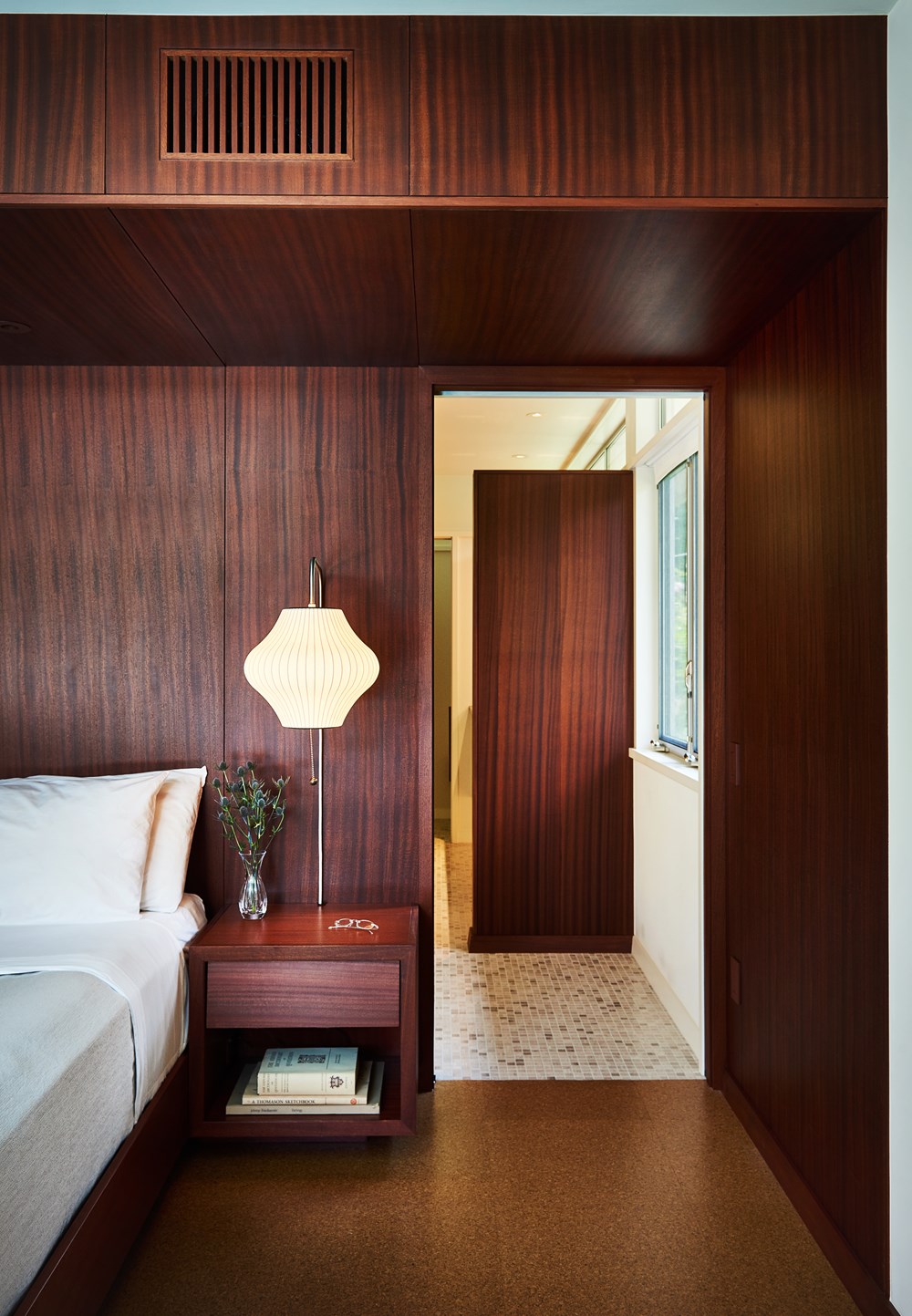 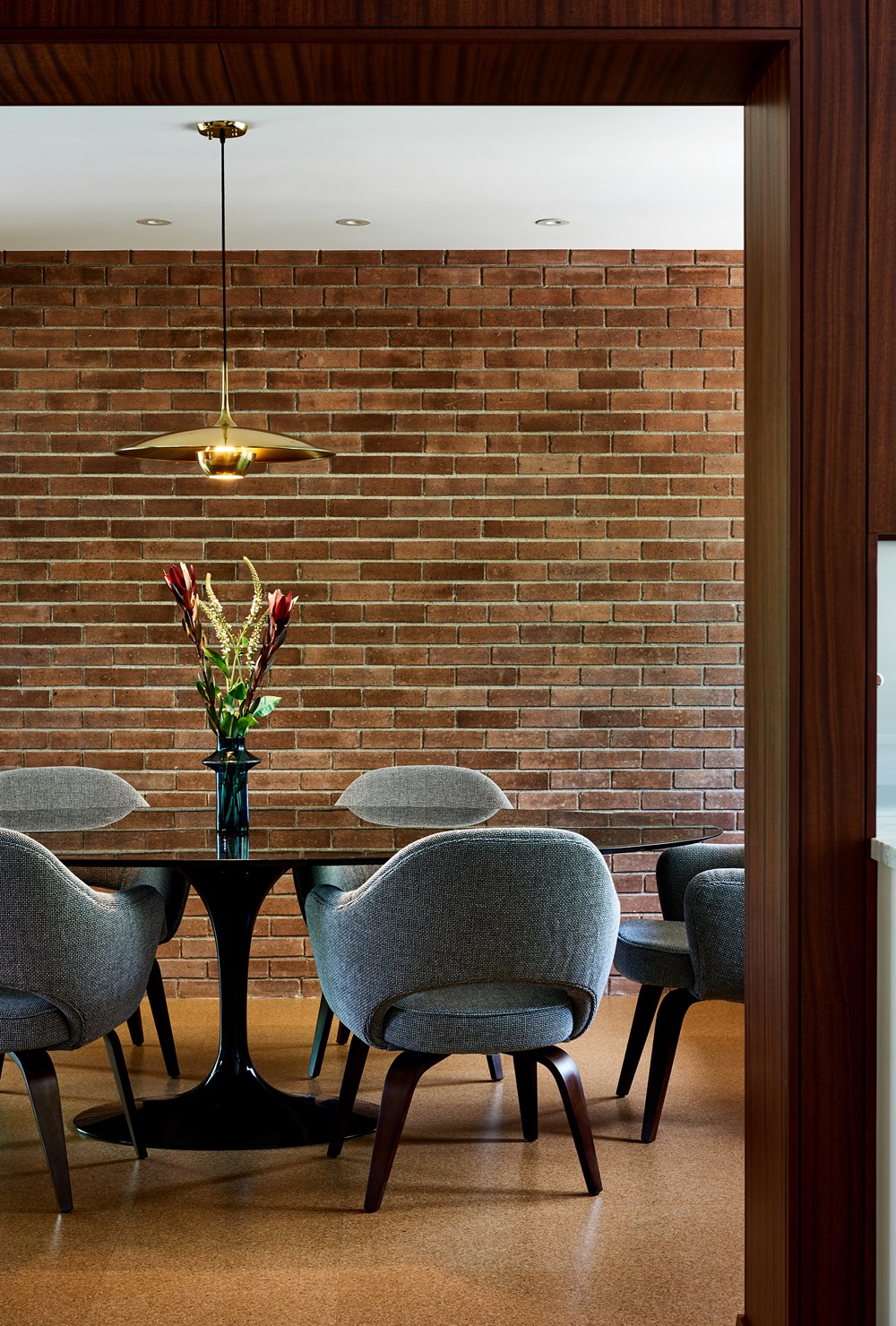 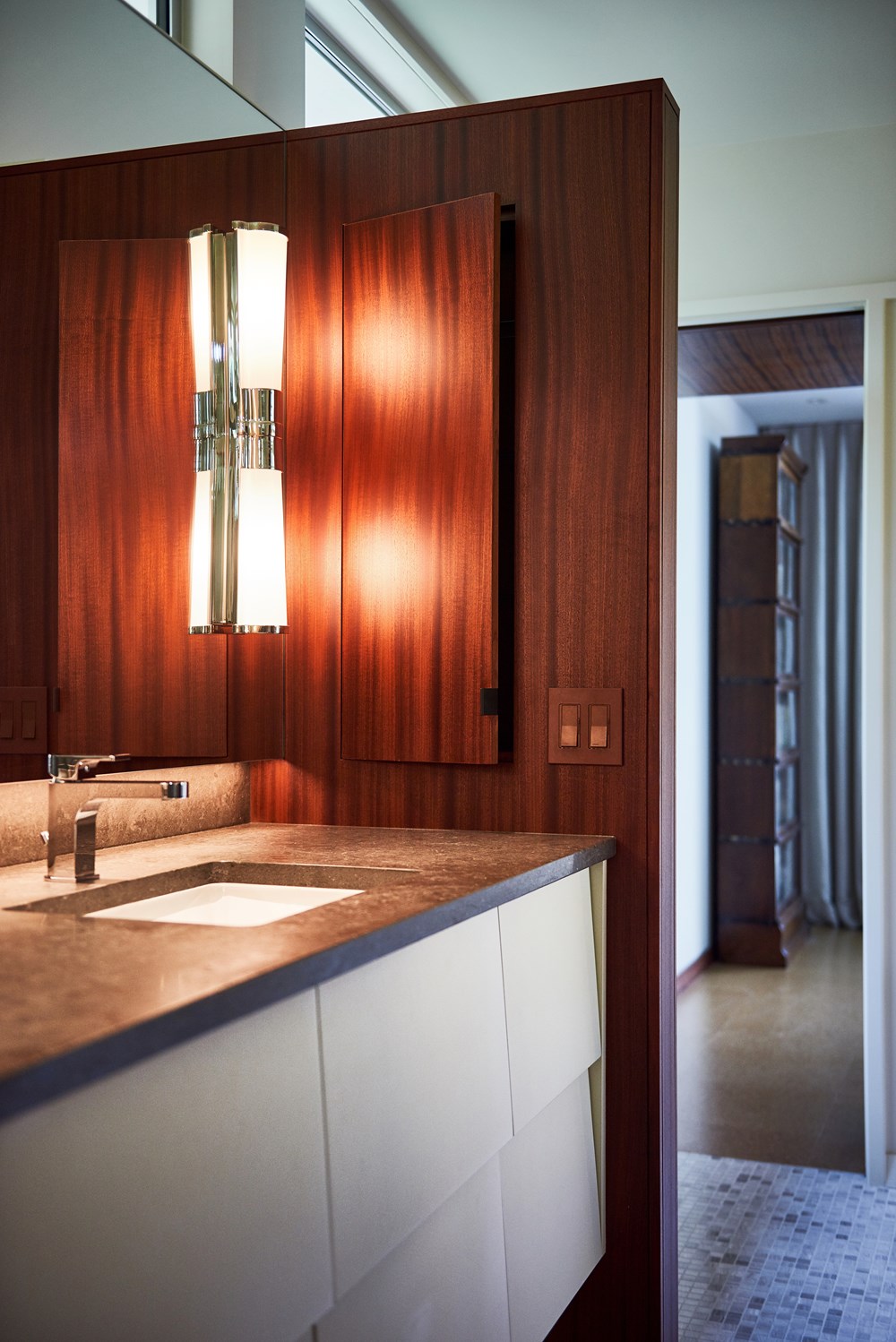 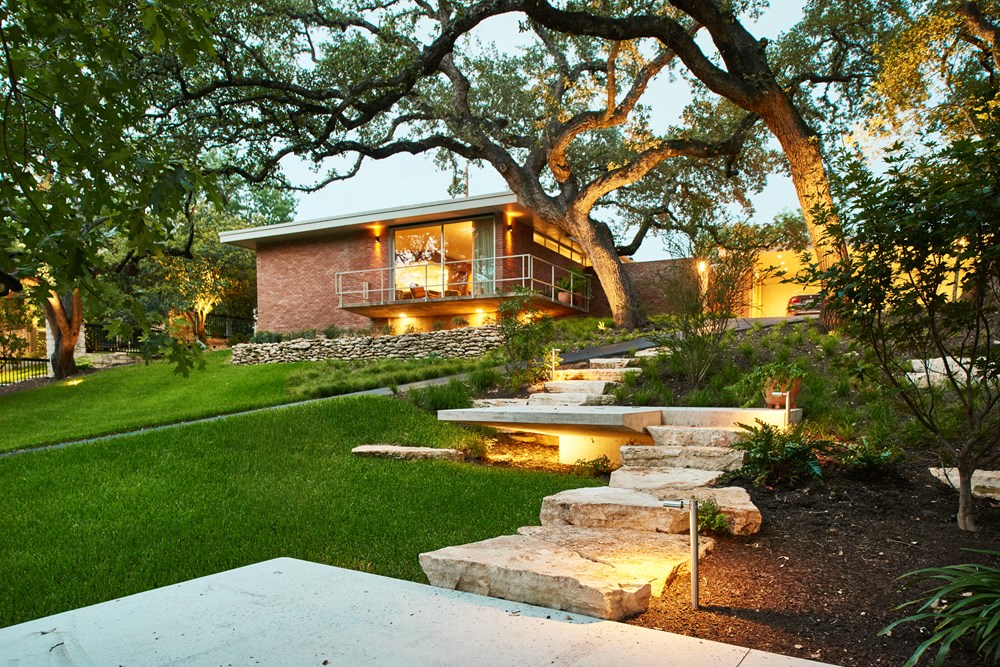 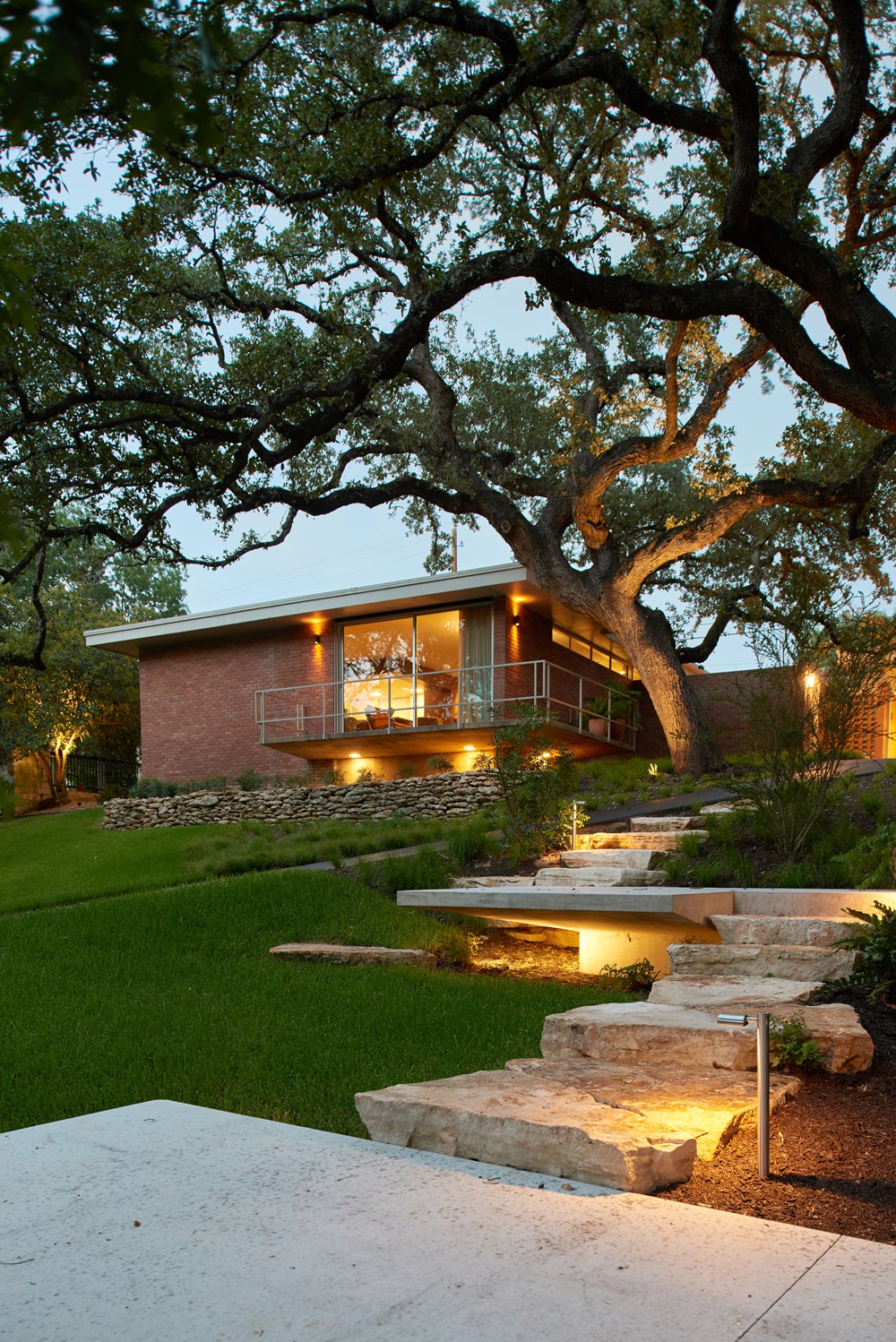 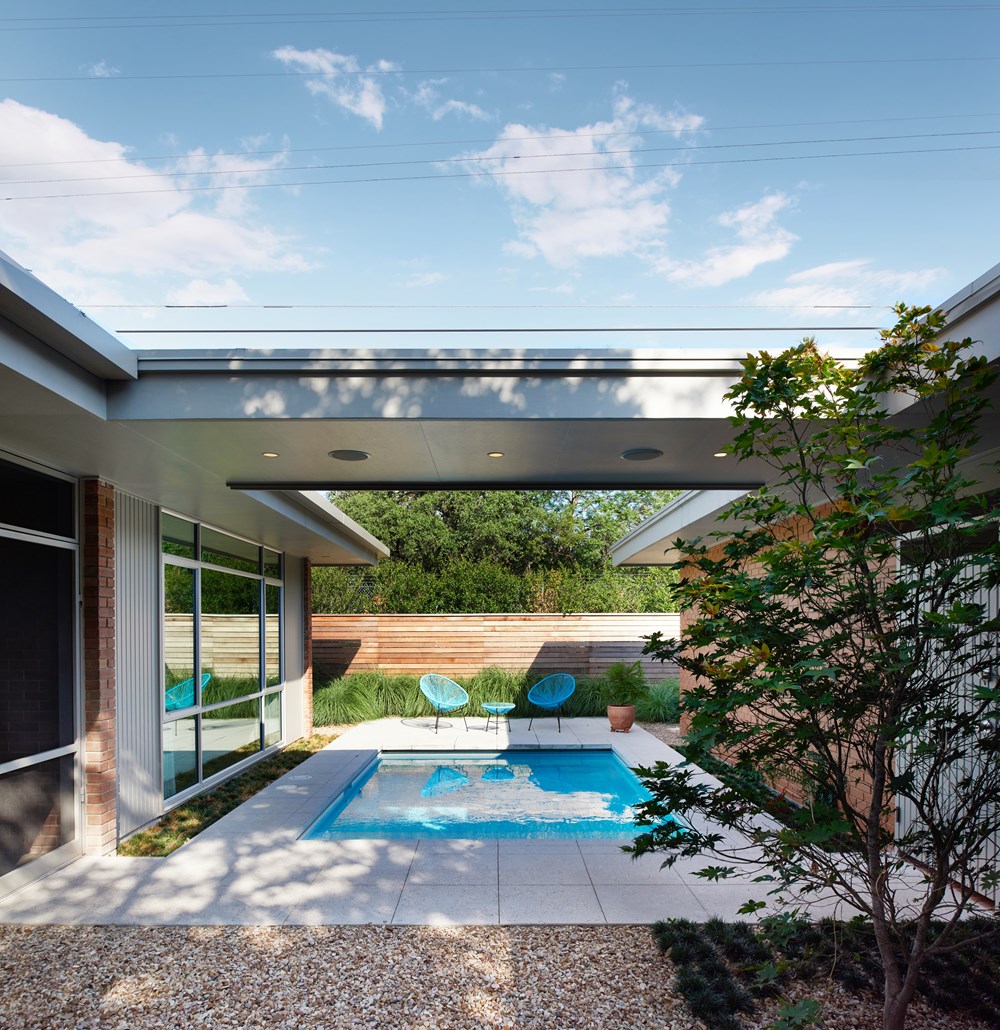 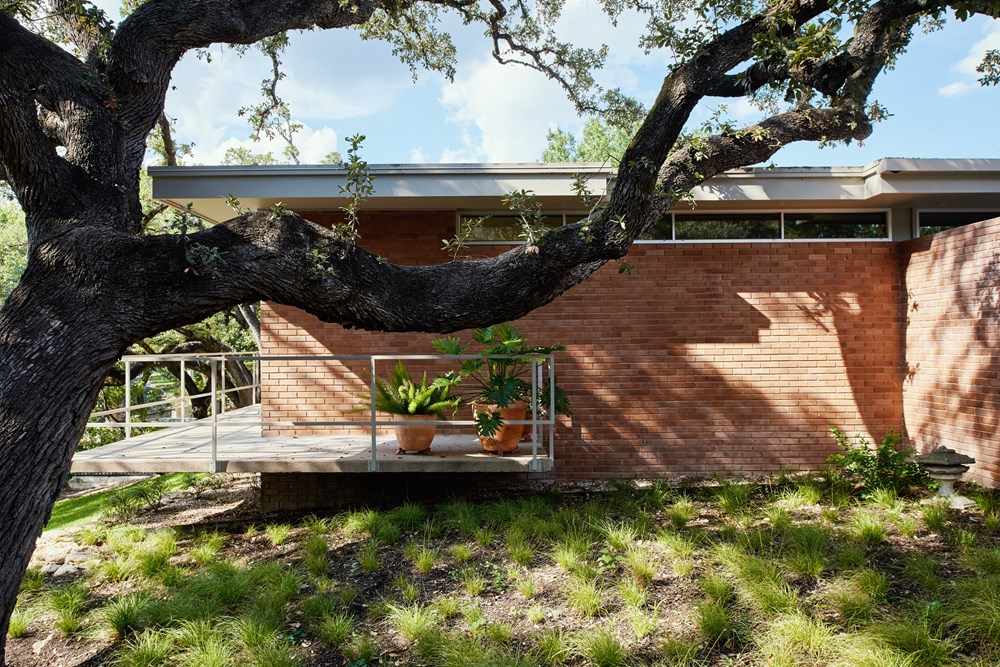 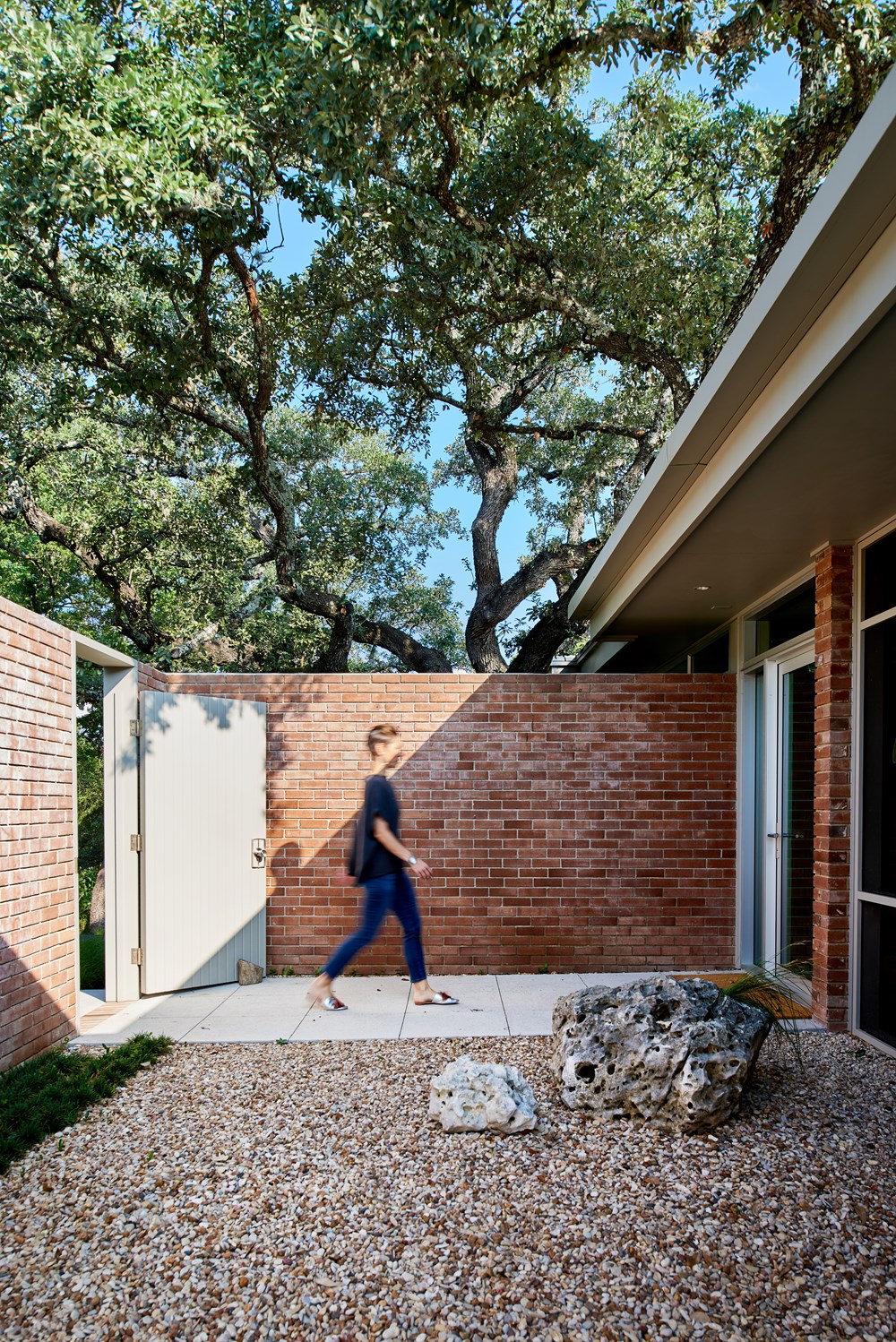 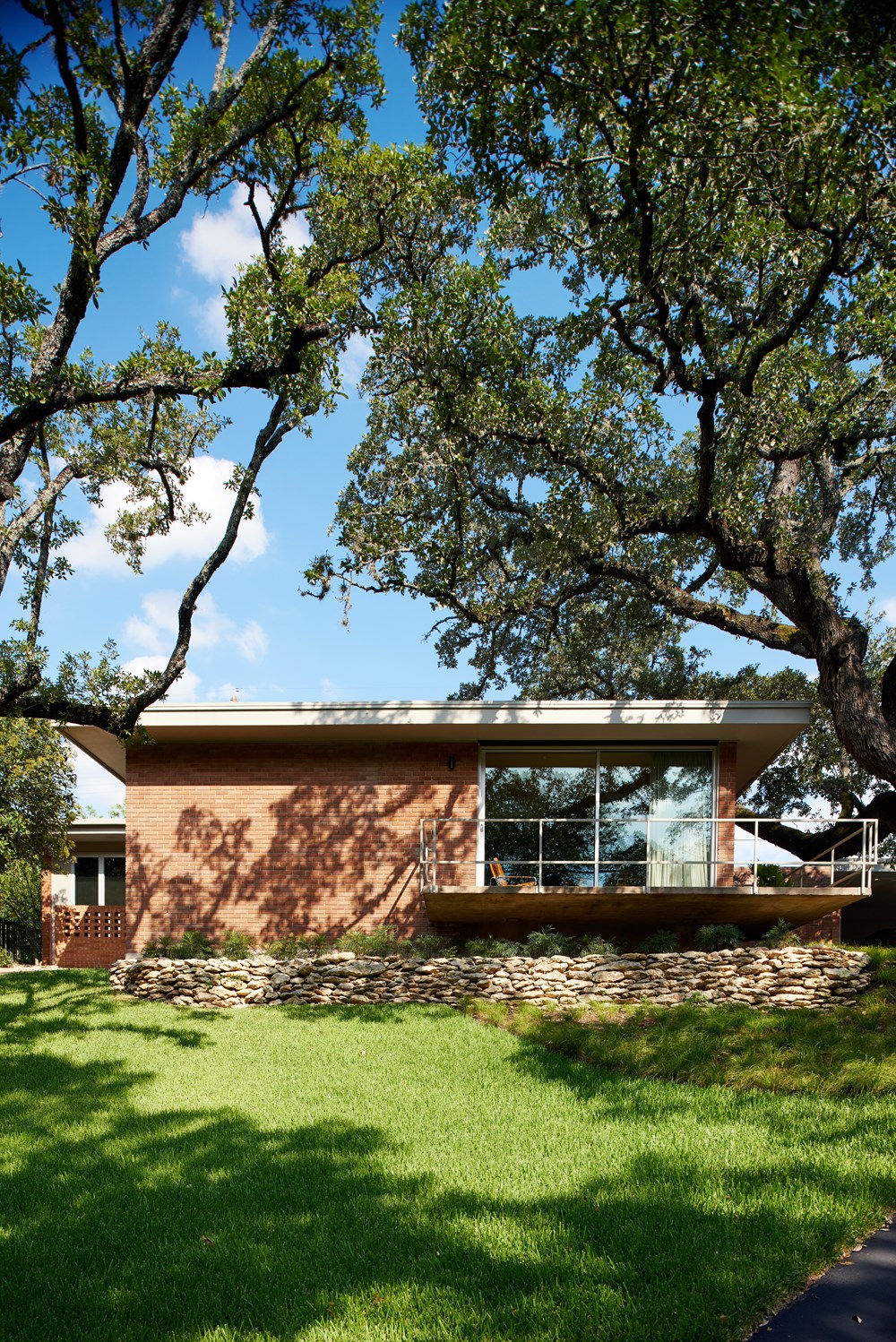 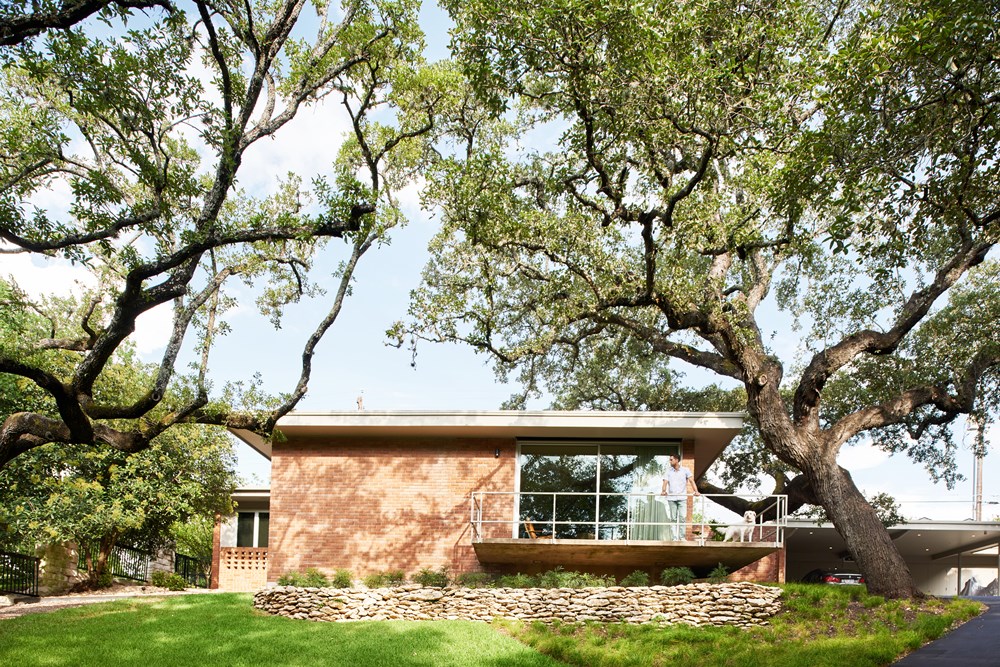 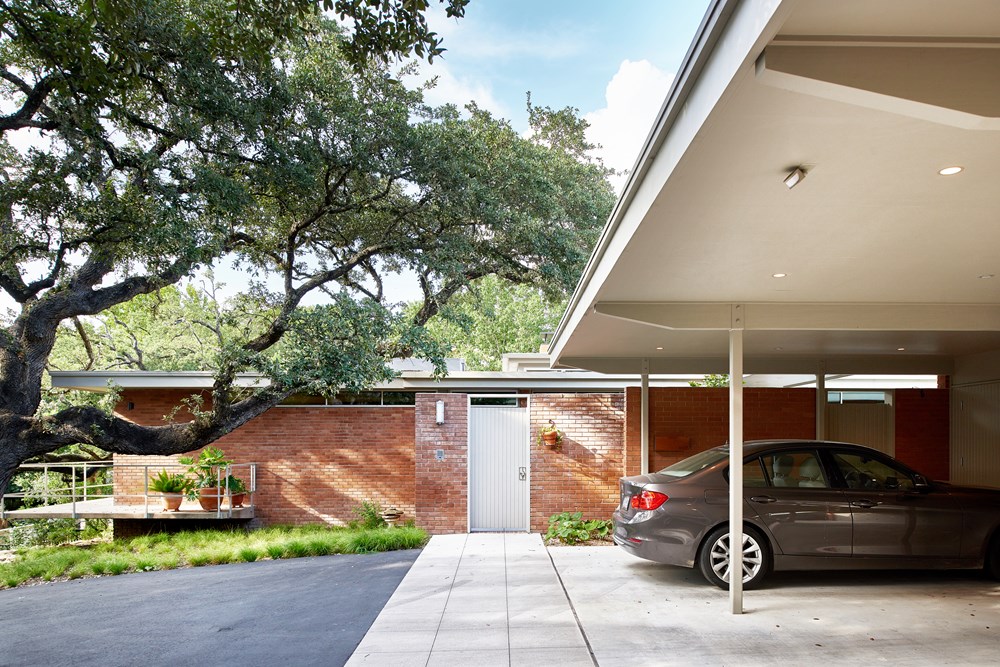 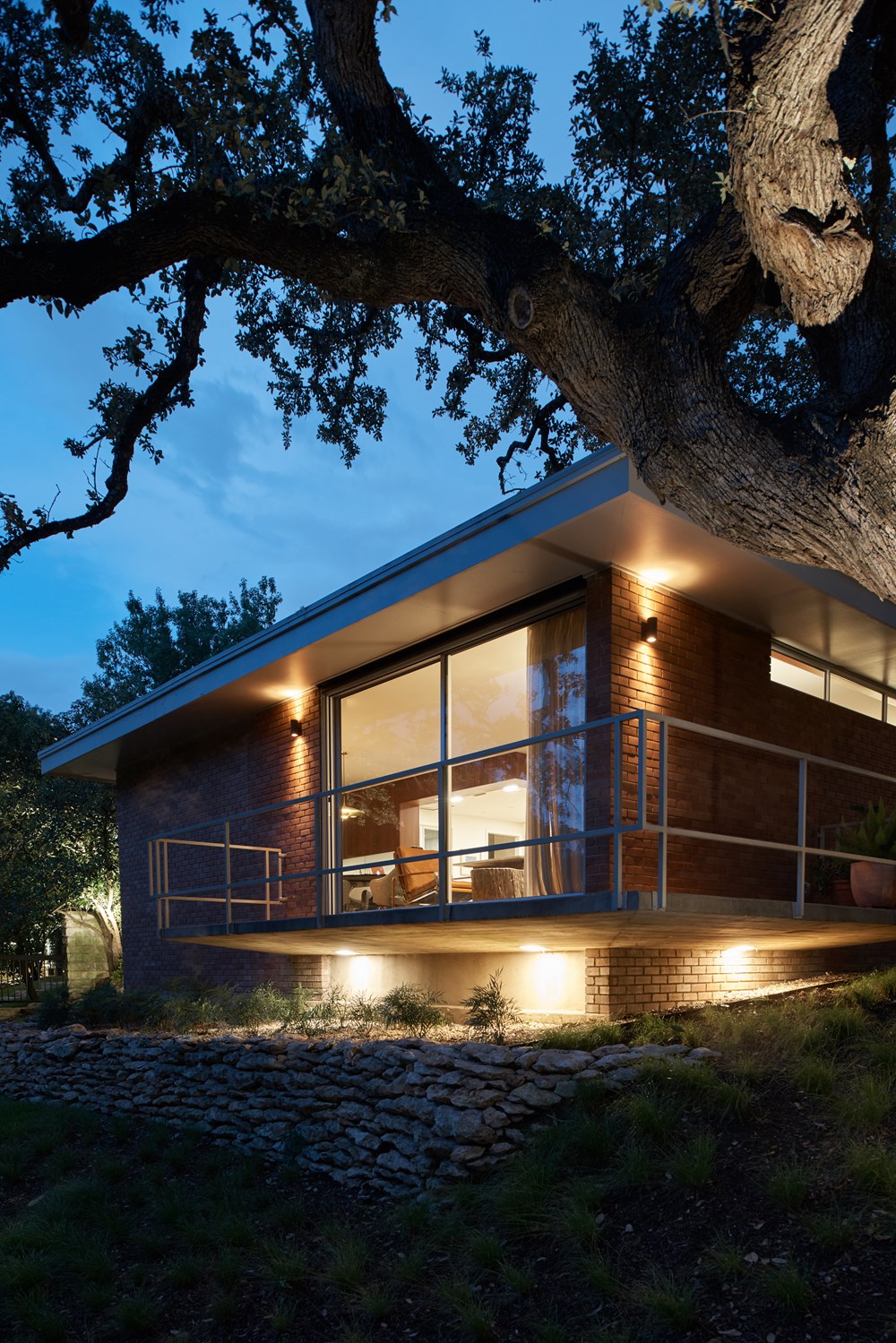 The necessity to enlarge the original footprint of the home became apparent early on. The addition of office and utility to the north and guest rooms to the south were purposefully set back from the original house and are minimally discernible from the street. The finished renovation is 2,680 square feet and includes a 1 bedroom/1-1/2 bath main house and a 2 bedroom guest house.