When Grace and Fernando Ferreira walked into the meeting rooms of Collins Pennington Architects to meet with director Andrew Collins, their first sentence was this: we have champagne taste on a tap-water budget. A far cry from the opening statement architects dream of, Andrew and the team took it in stride – recognising in the couple an eye for the clean, timeless architecture the firm are known for. Photography by Stefan Postles. 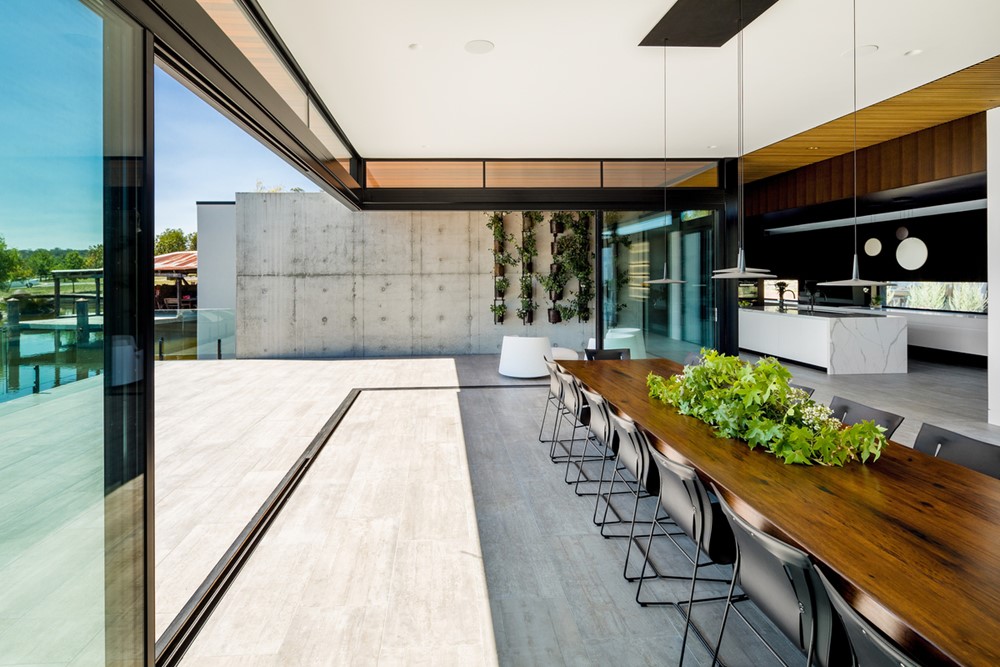 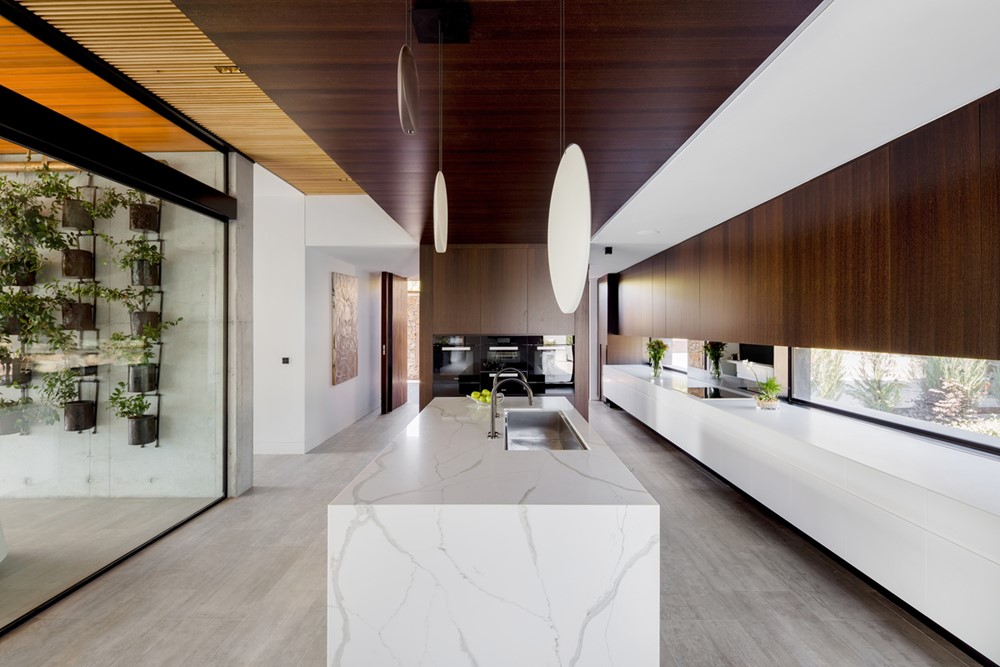 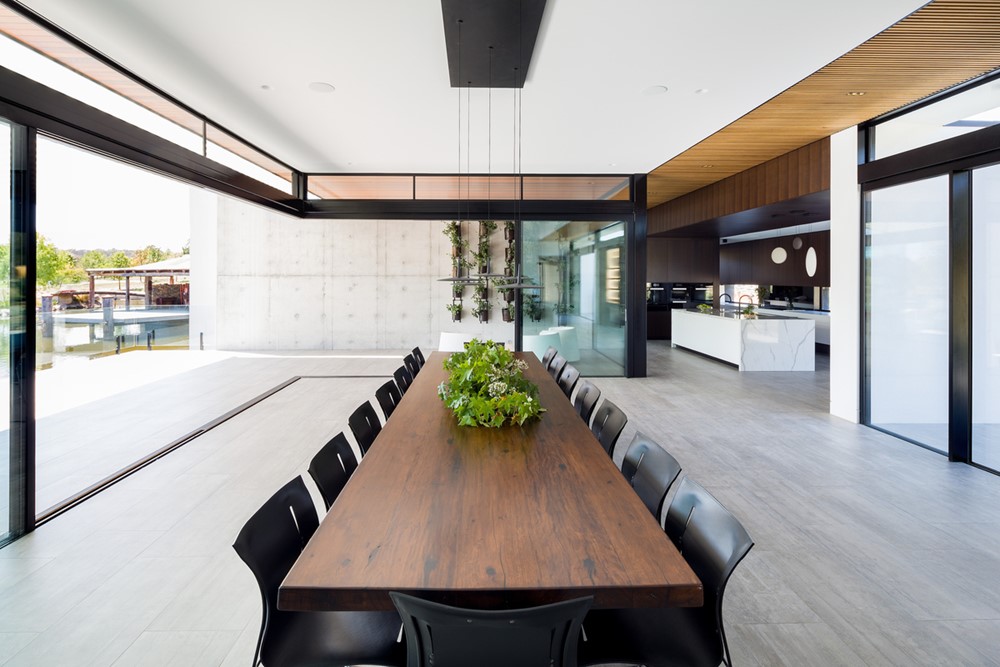 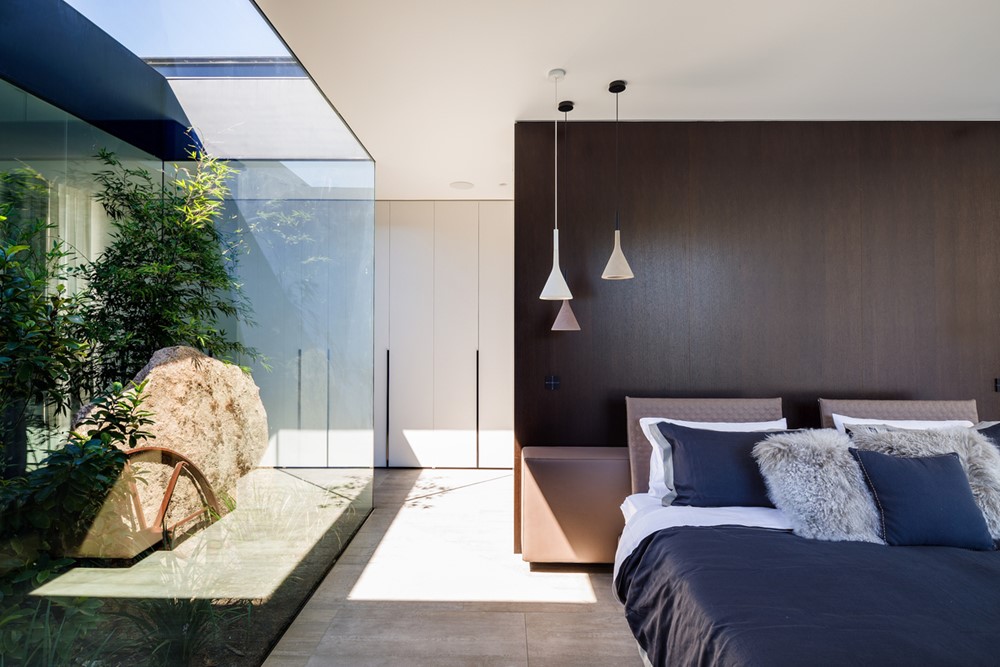 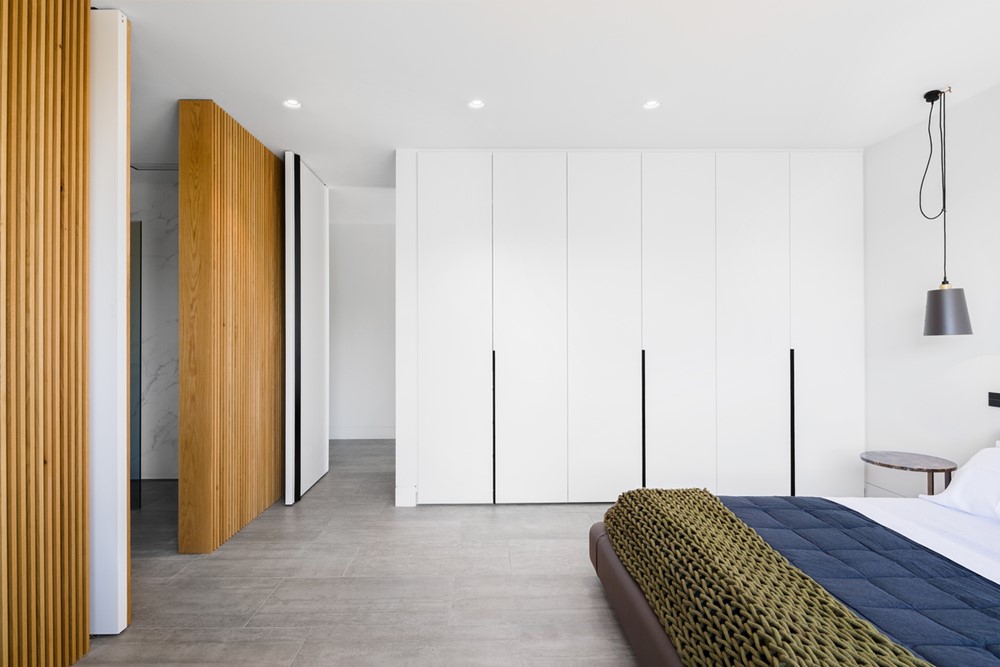 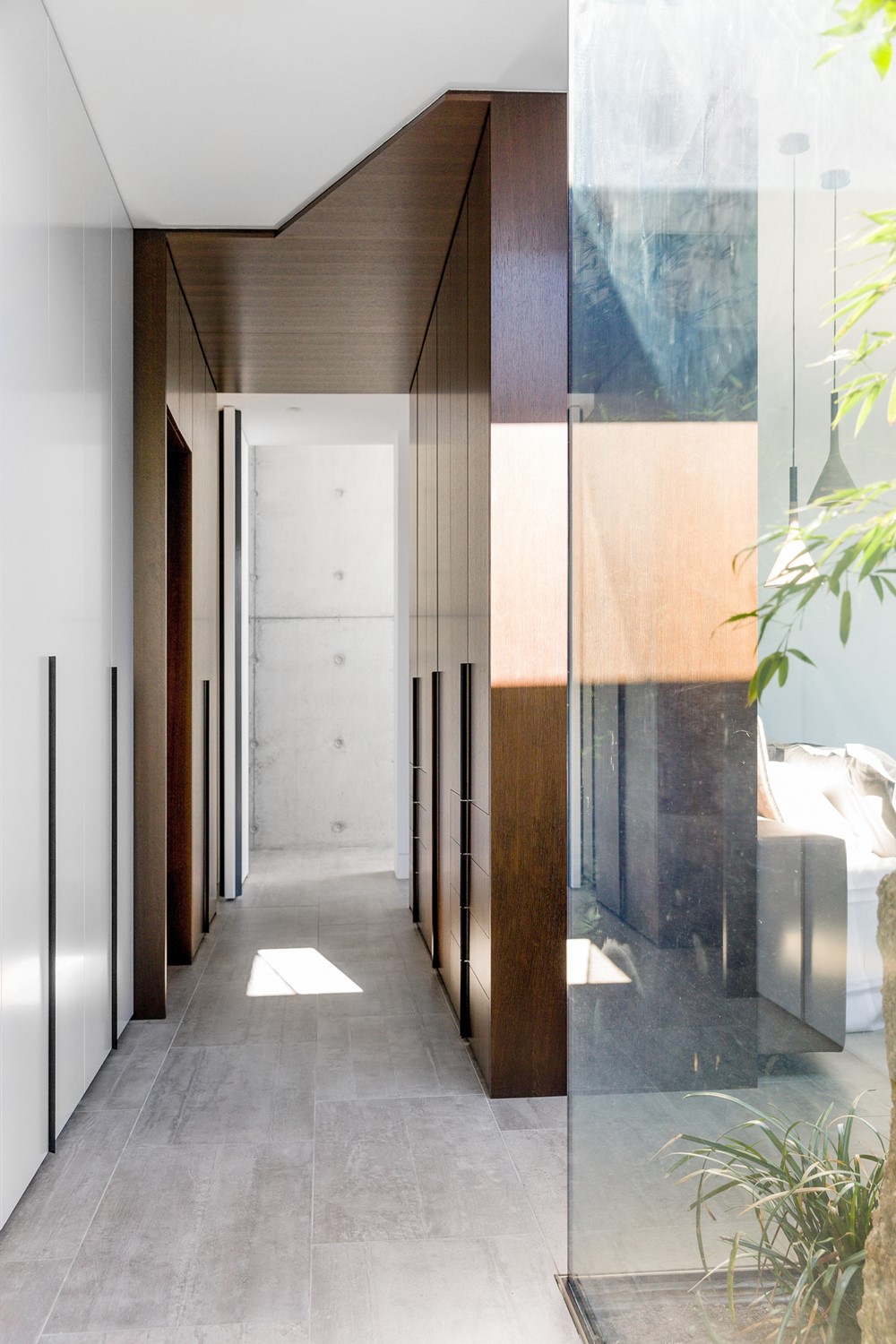 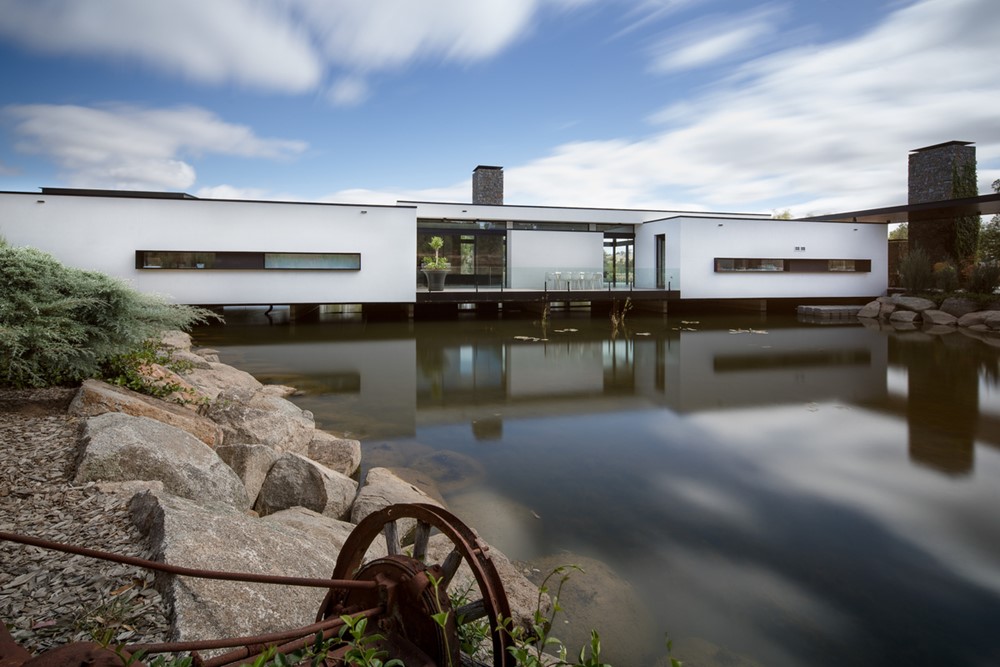 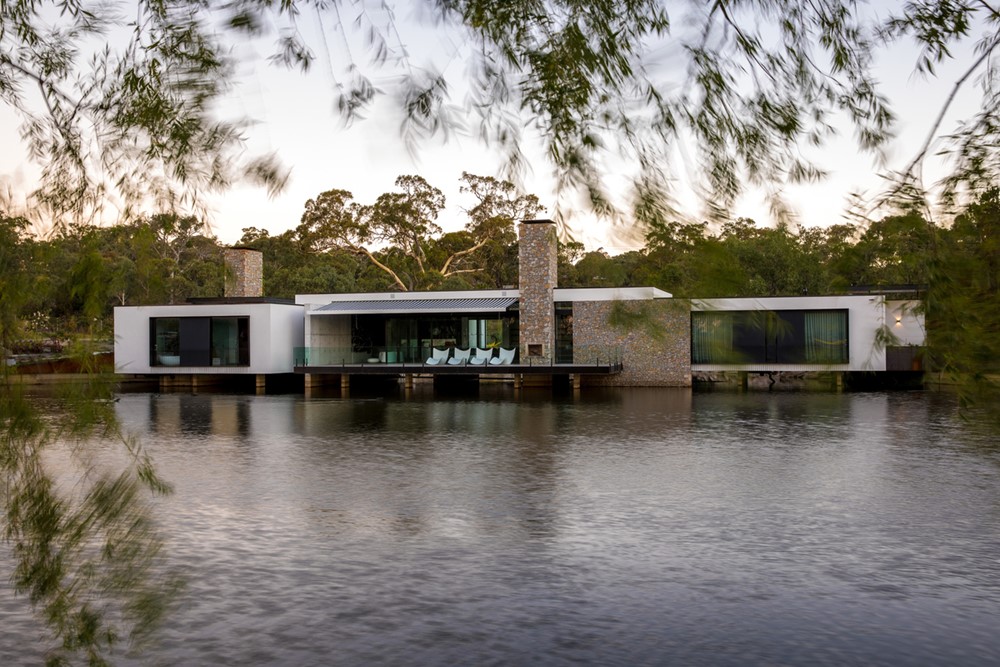 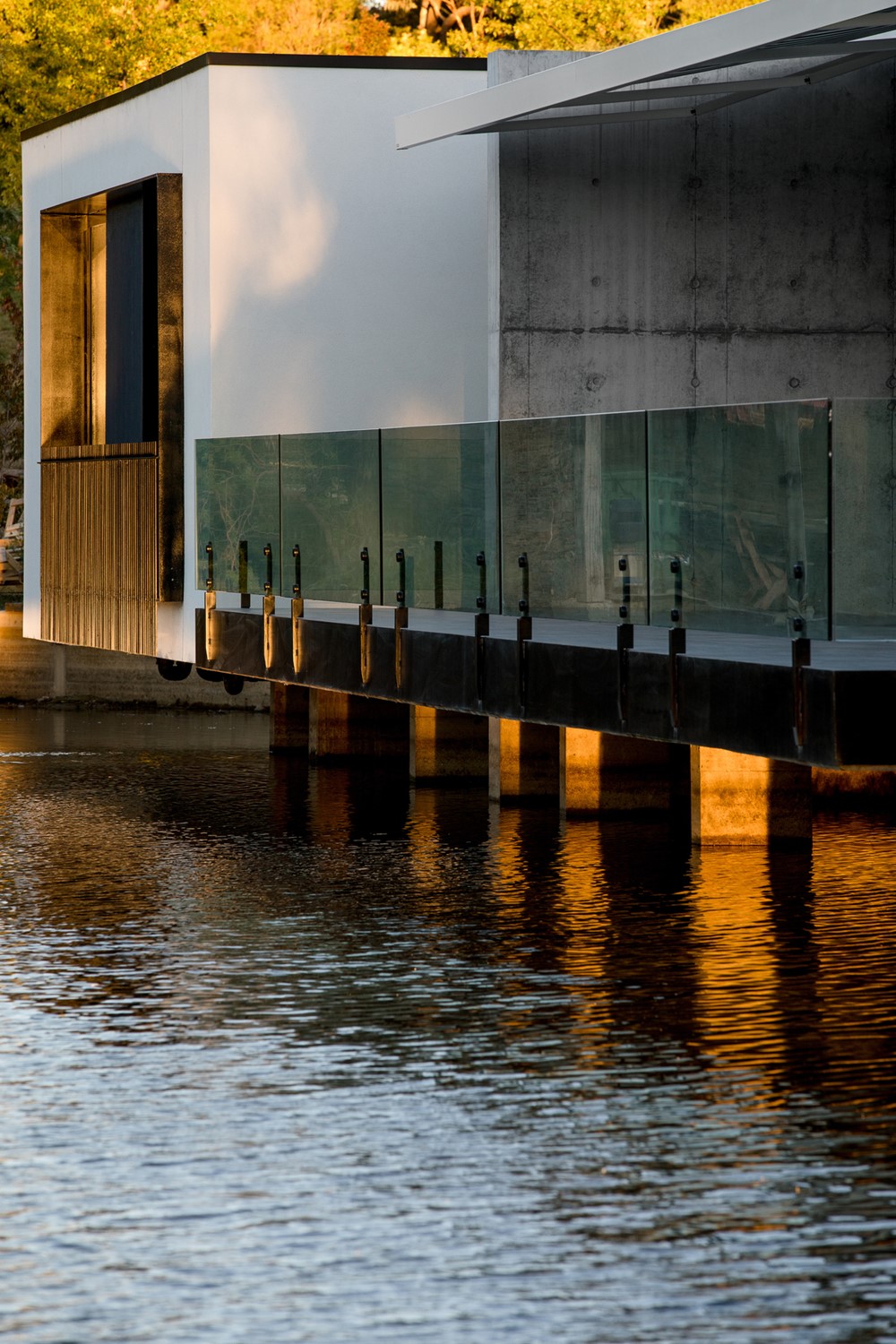 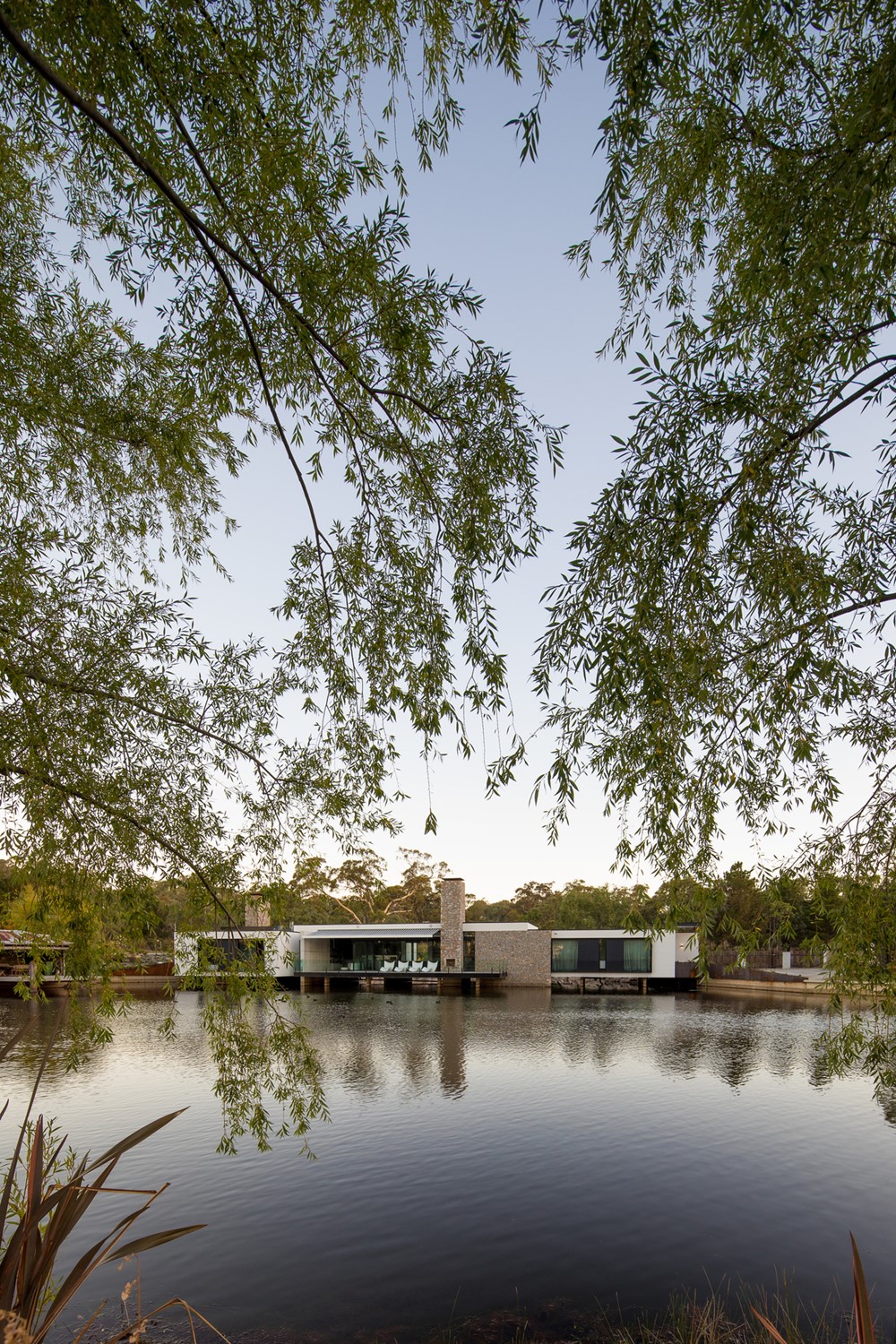 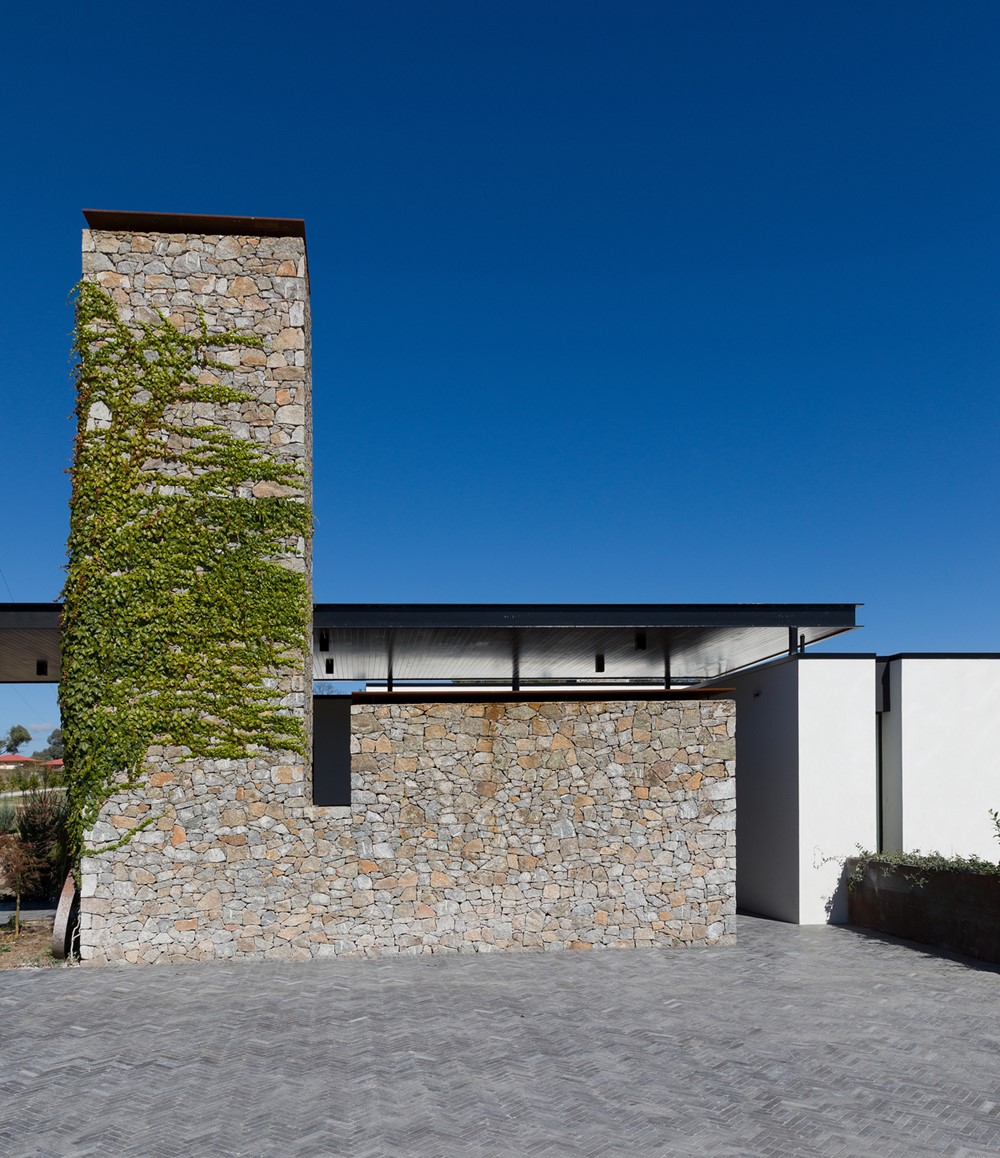 The site
A 30-minute drive out of Canberra’s centre, just across the New South Wales border, are the sprawling hills of Googong. The area is dotted with properties: some hobby farms, some family homes, all filled with those after the kind of tranquil lifestyle rural life offers.

The property is on Swan Drive, an aptly named street as bird-life is plentiful in the area: black swans, ducks, swallows all in permanent residence. By chance on the first site visit in 2012, the retention dam on the property was flooded after recent heavy rain. This larger body of water roughly divided the site, and became an integral part of the design concept – sparking an idea that would lead to a truly modern piece of architecture.

“We suggested the dam become a permanent feature and the new dwelling could engage with it in a deliberate manner,” says Andrew, director and principle architect on the project.

The house
The brief was simple: to design a modest, modern home that integrated into the landscape, one that emphasised the connection to open space and the land. The clients described the house as one that would be used primarily as a retreat house. With this image and the budget in mind, all effort and expense was focused on quality and purity of space.

Once the concept was born, the edges of the water were formalised, so the building could extend into the water, widening the perspective and giving the impression of floating on water. The intent was to elongate the house and use it as a bridge connecting two previously isolated sections of landscape.

The dream
While the house contains three bedrooms, the primary focus was the entertaining hub. The long, low form created by bridging the water, and the glazed links between the elements, gives the living and dining room a focus and importance. Sitting gracefully atop the dam, the entertaining spaces are contrasted with exaggerated vertical elements: the chimneys to the outdoor fireplaces.

The construction methodology was as unique as the site itself. The clients own a form-working company, and hoped to reuse waste material from their projects. This included unlimited concrete, local stone boulders, and old plate steel form liners. This philosophy added to the already developed sustainability plan in place for the build, taking repurposing to a new level.