Carlton Apartment – aka Kathryn is a project designed by Tom Eckersley Architects. The apartment was originally built in the early 1990’s. It had remained relatively untouched and in real need of an upgrade. It is a two-bedroom apartment, however the client was using the second bedroom as a home office. Our design managed to utilise the spaces more effectively by integrating a study zone into previously unused corridor, thus reclaiming the second bedroom for its intended purpose. Photography by Dan Preston. 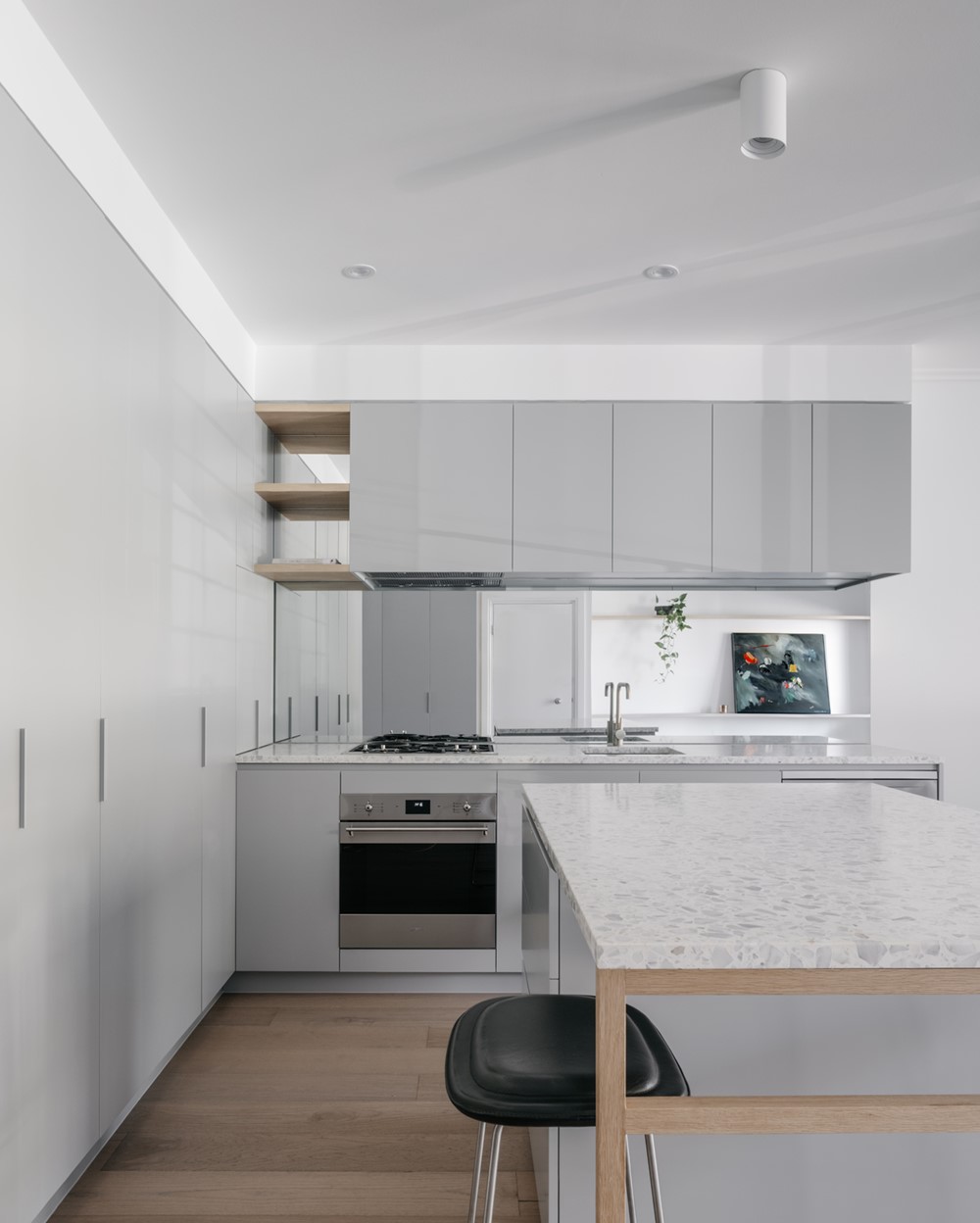 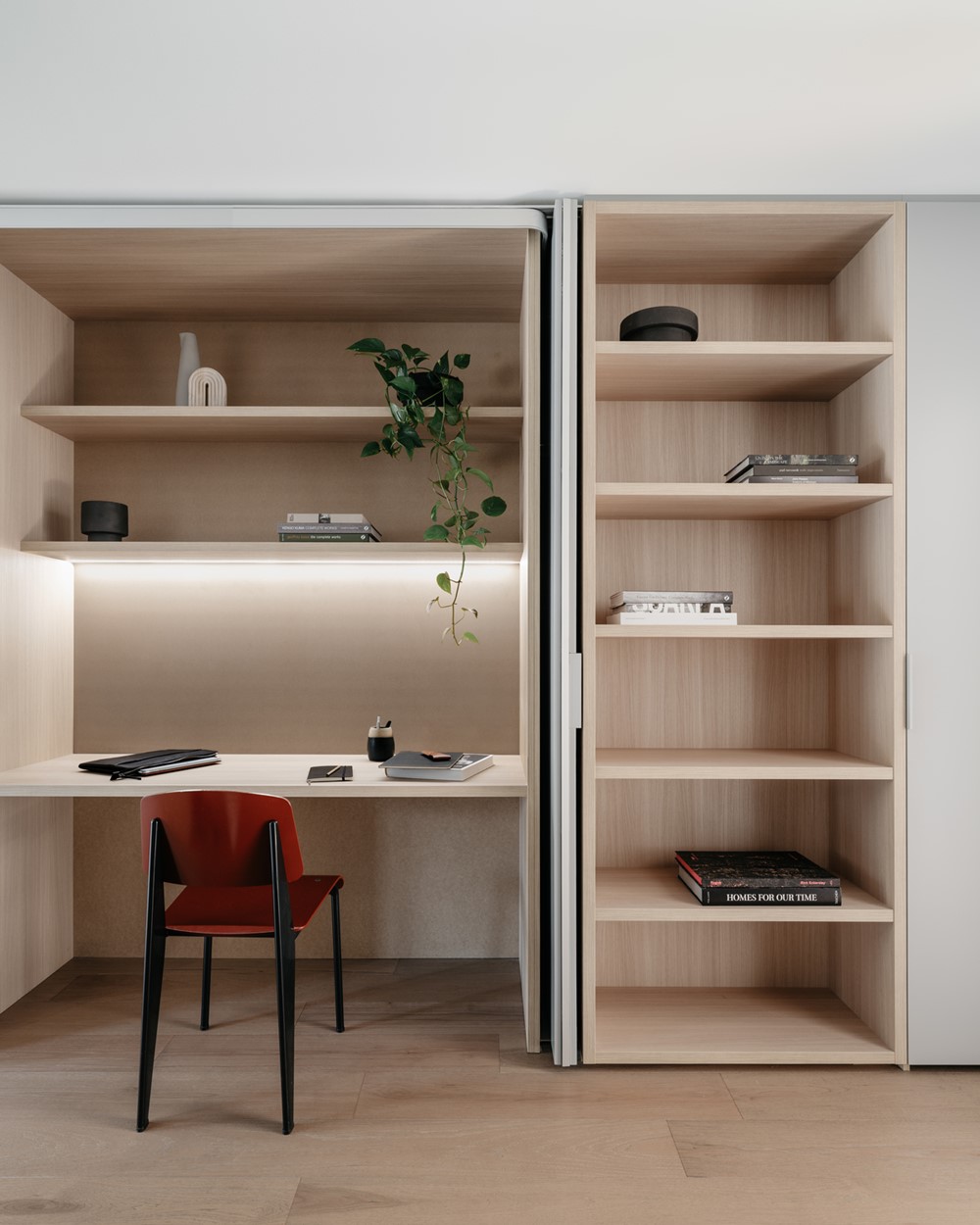 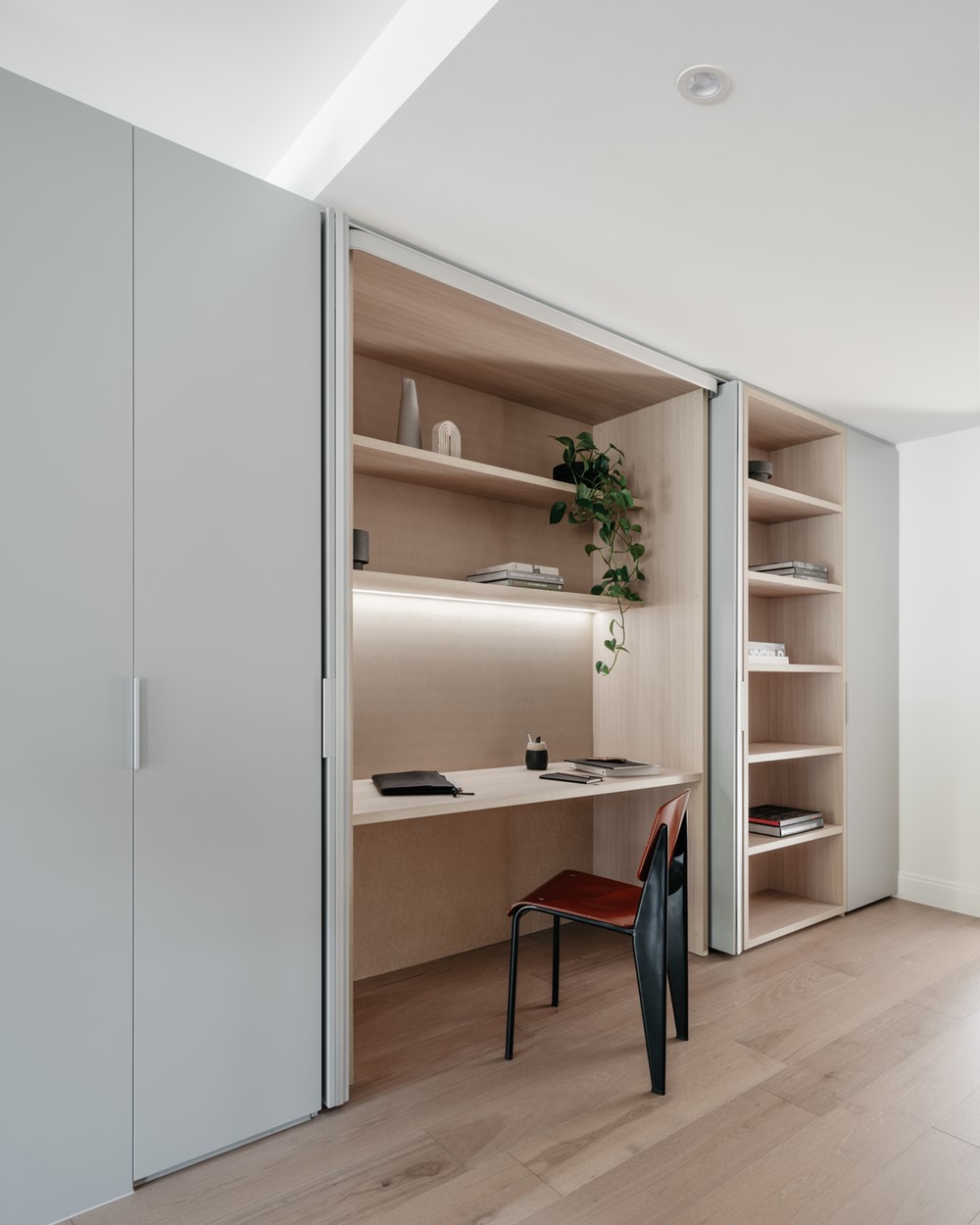 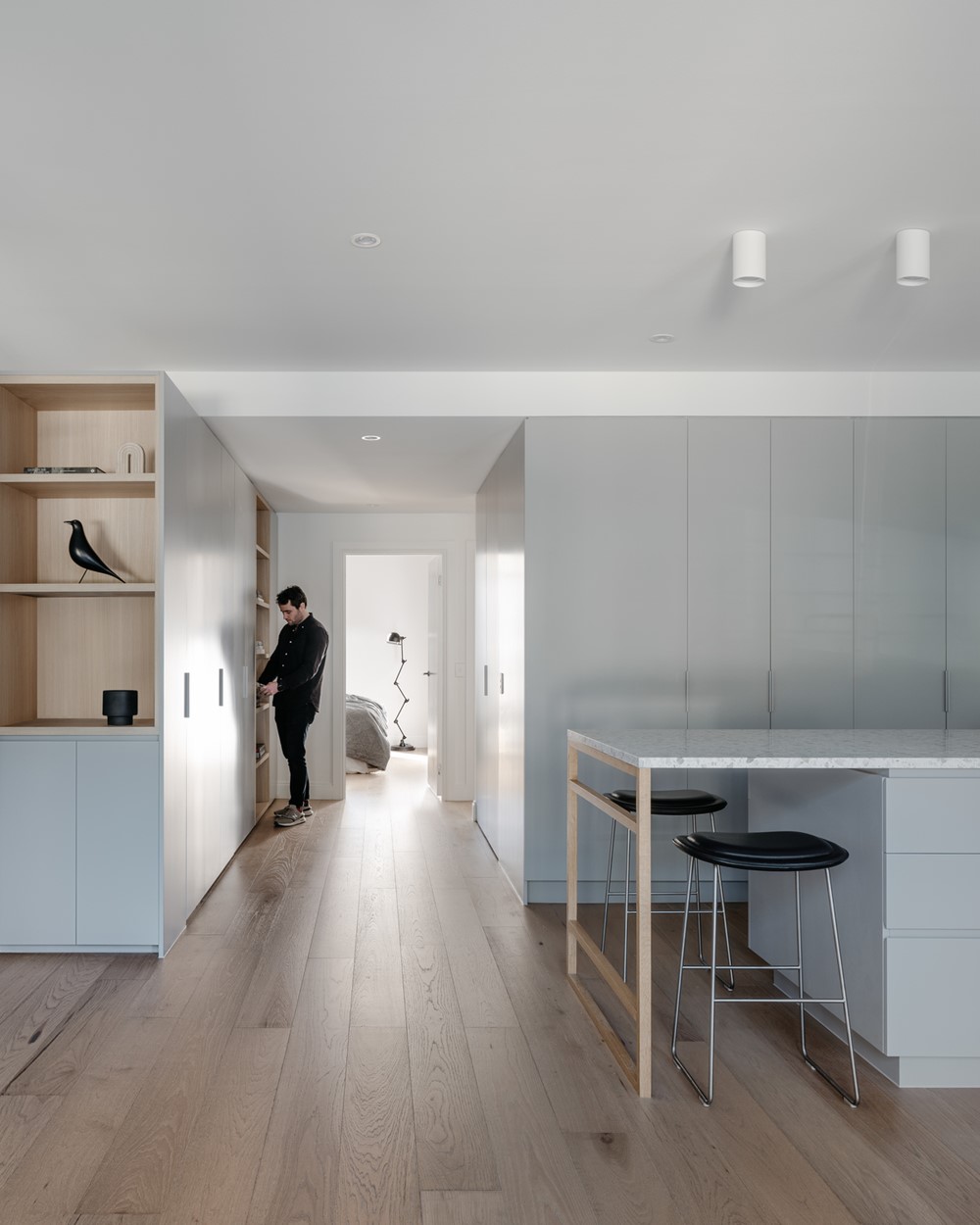 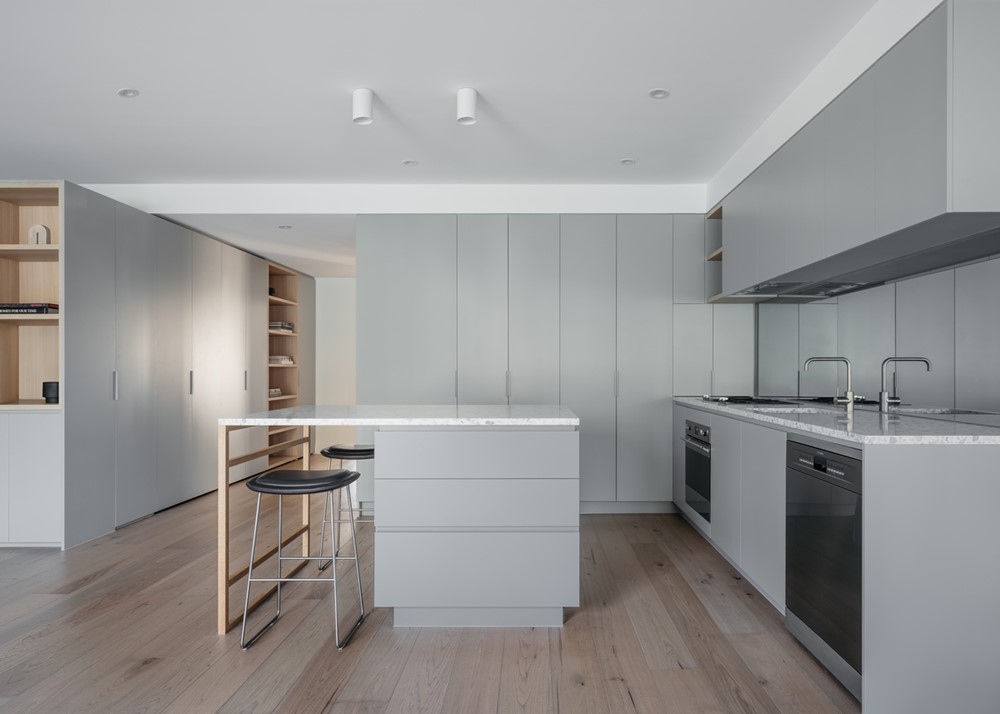 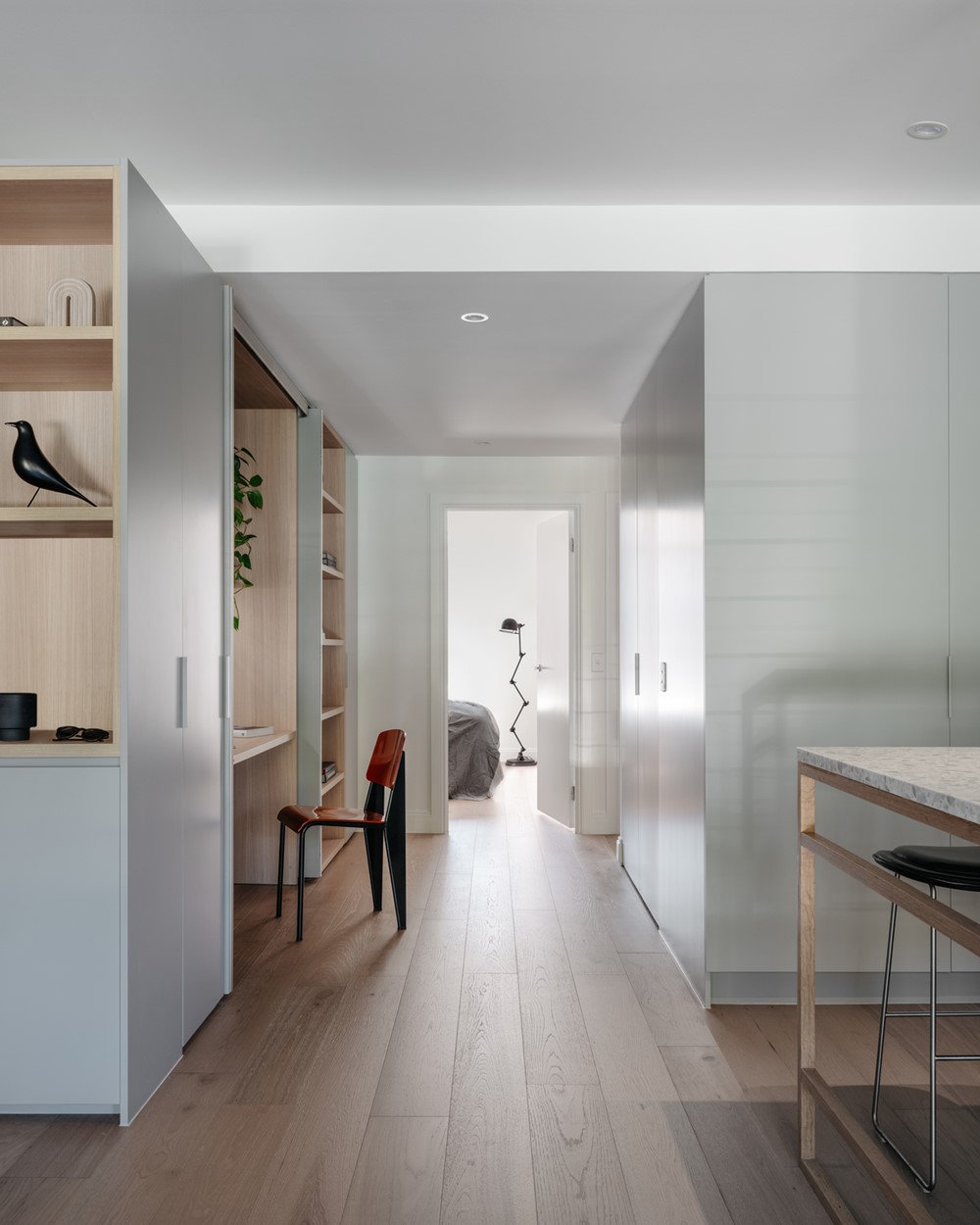 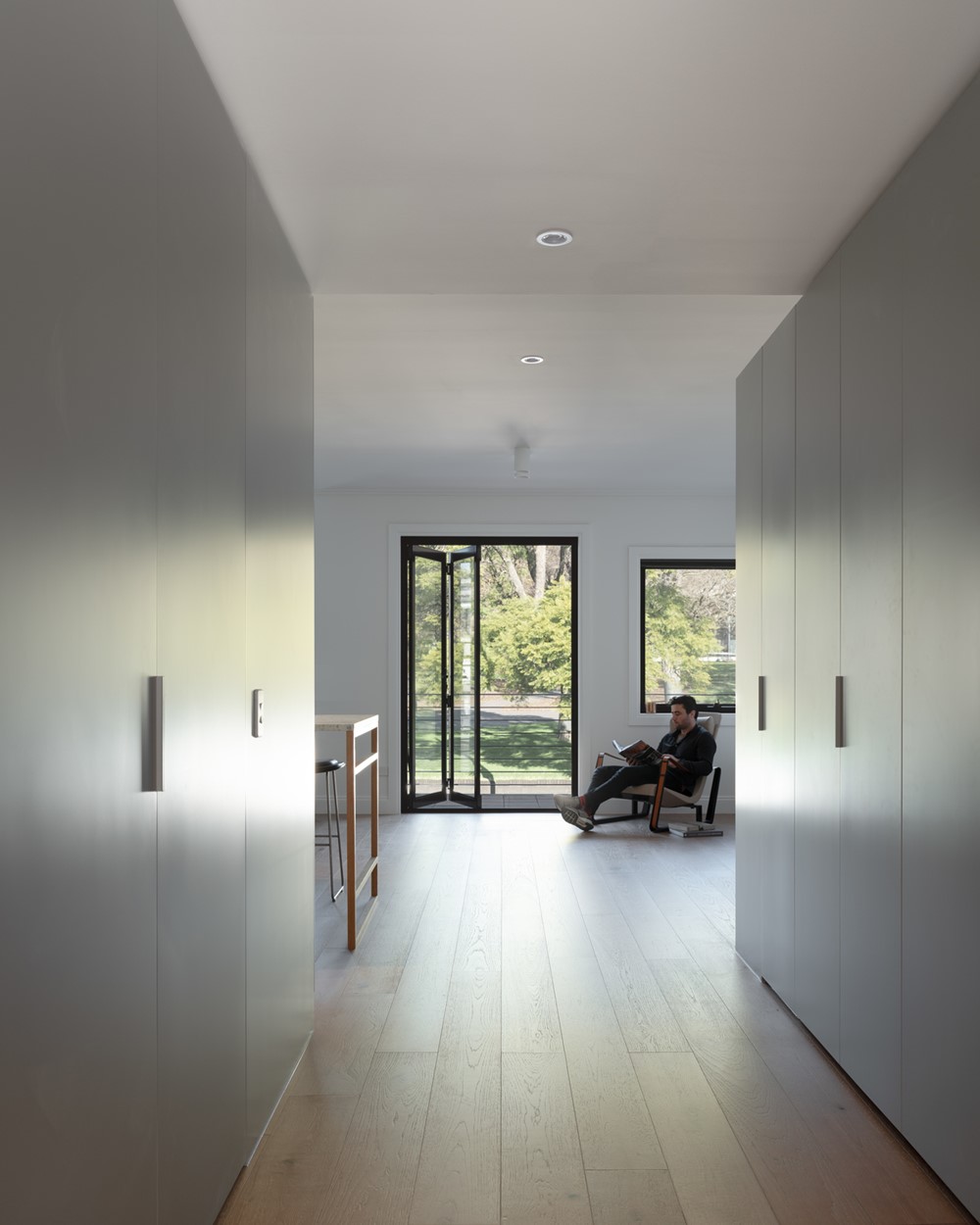 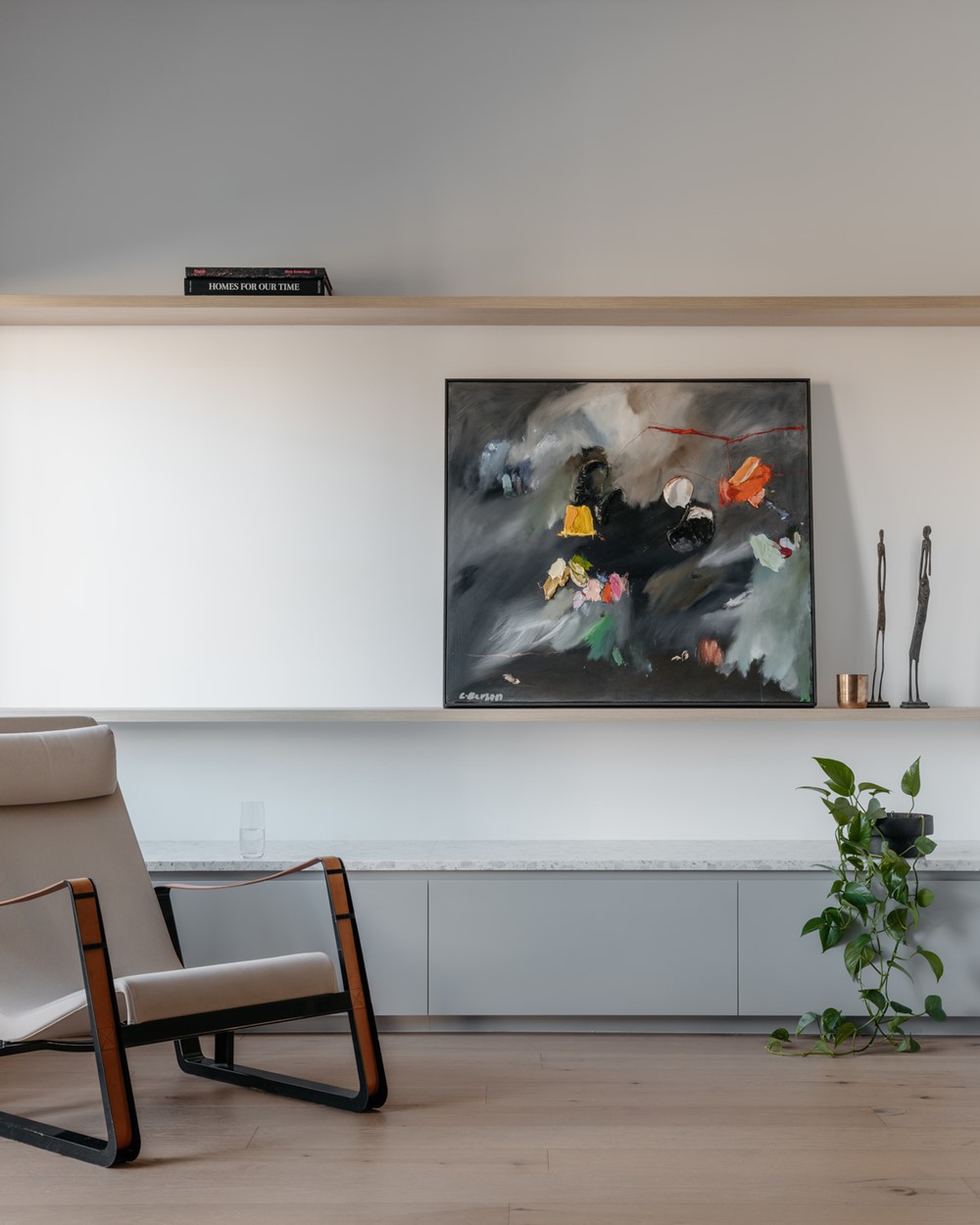 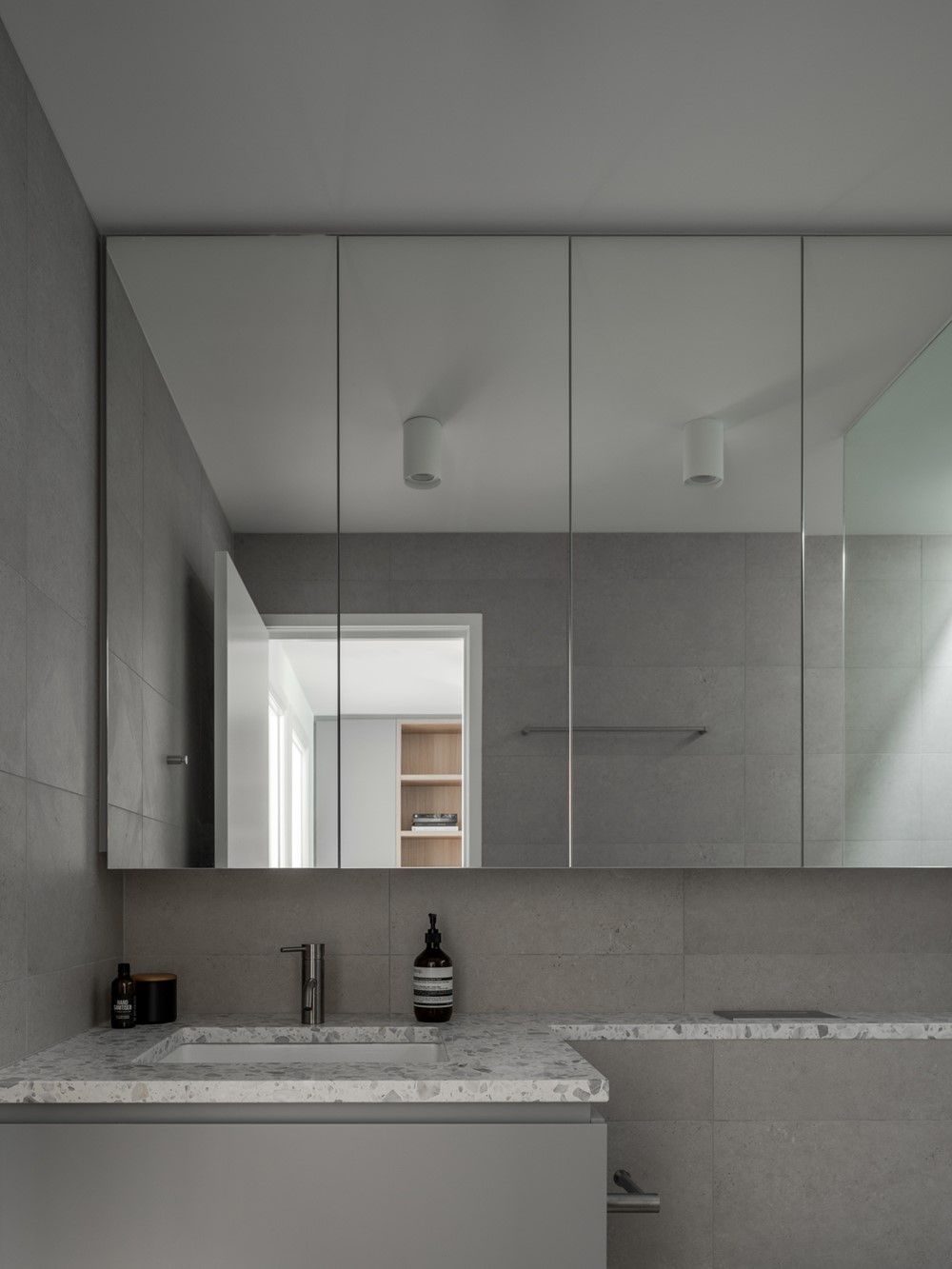 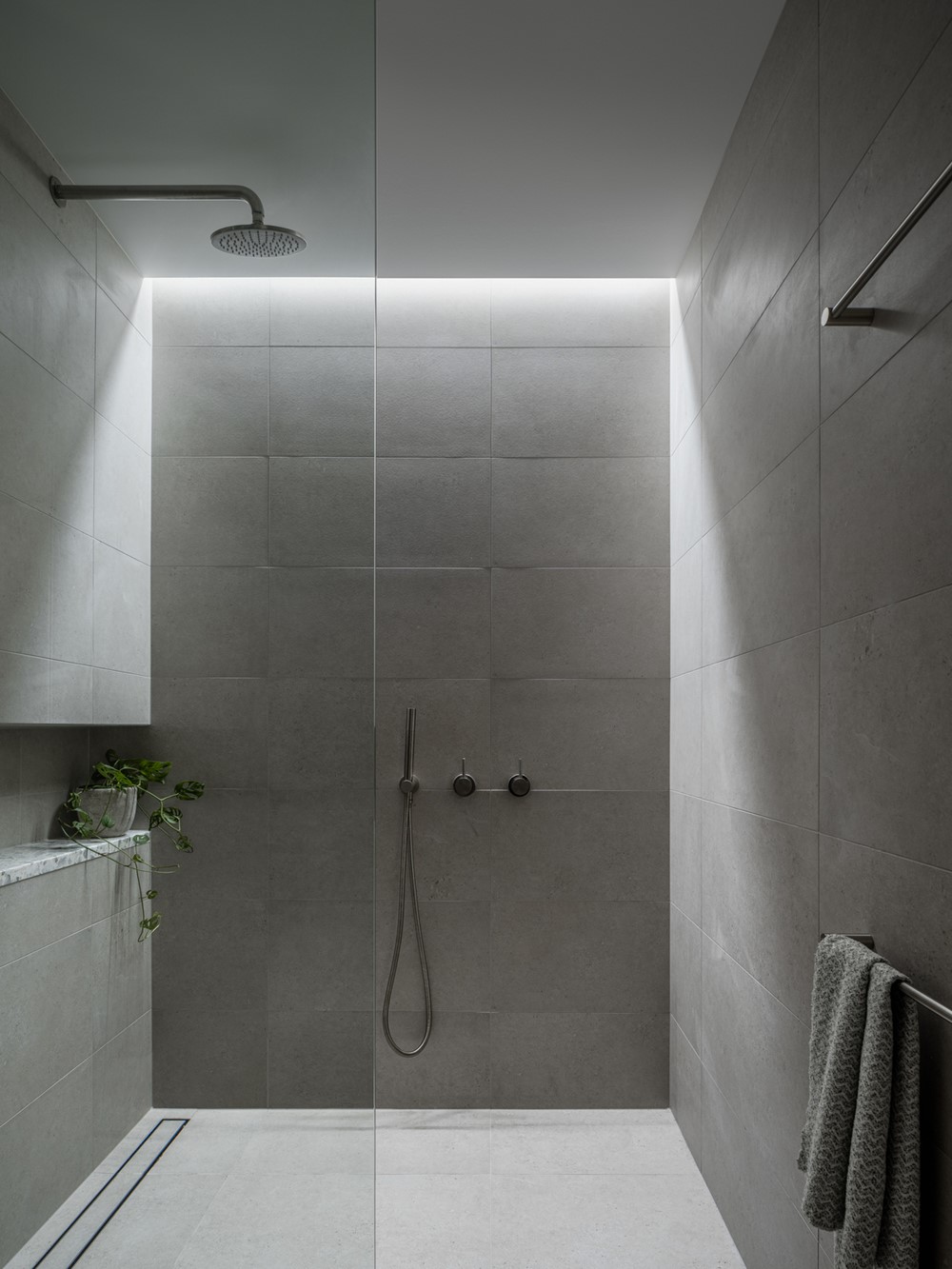 The apartment overlooks some of Melbourne’s beautiful gardens, however the original living space made no reference to this. We re-orientated the layout to overlook the gardens, allowing the outside to flood into the living space and give the client better connection to the outdoors.

The design looked to maximize floor space through carefully integrated joinery that connects the kitchen, laundry, and bathroom spaces within a single minimalist box. A second joinery element was added opposite to provide a separate home office with additional storage.

Light was a significant factor in determining materials. Being a south facing apartment, it had a tendency towards darkness. We chose a light colour palette that included white stone, light grey joinery, and oak flooring to help draw much needed natural brightness into the space. Mirrors were also utilised in the kitchen and bathroom to help amplify lightness as well as give a sense of additional space.