Slab House project came into existence in the suburbs of Poznań on one of many hills surrounding the city. It was not an easy task – architects from mode:lina™ had to inscribe the building’s form into all too steep hill’s slope. As it turned out, the solution was, unexpectedly, childishly easy – recreate LEGO, it’s idea and turn it into reality. Photography by Patryk Lewiński 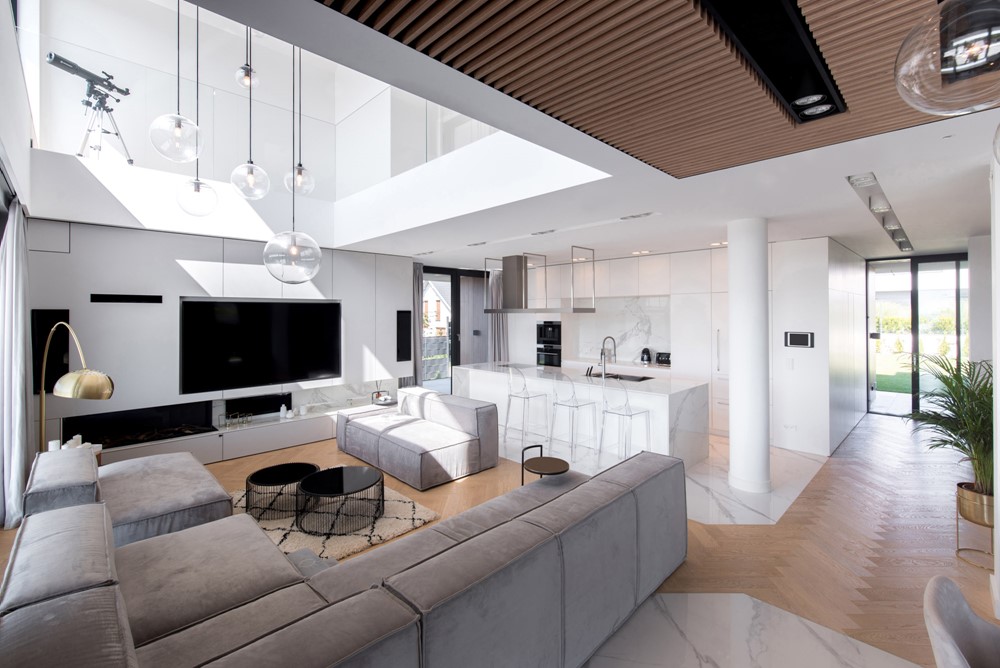 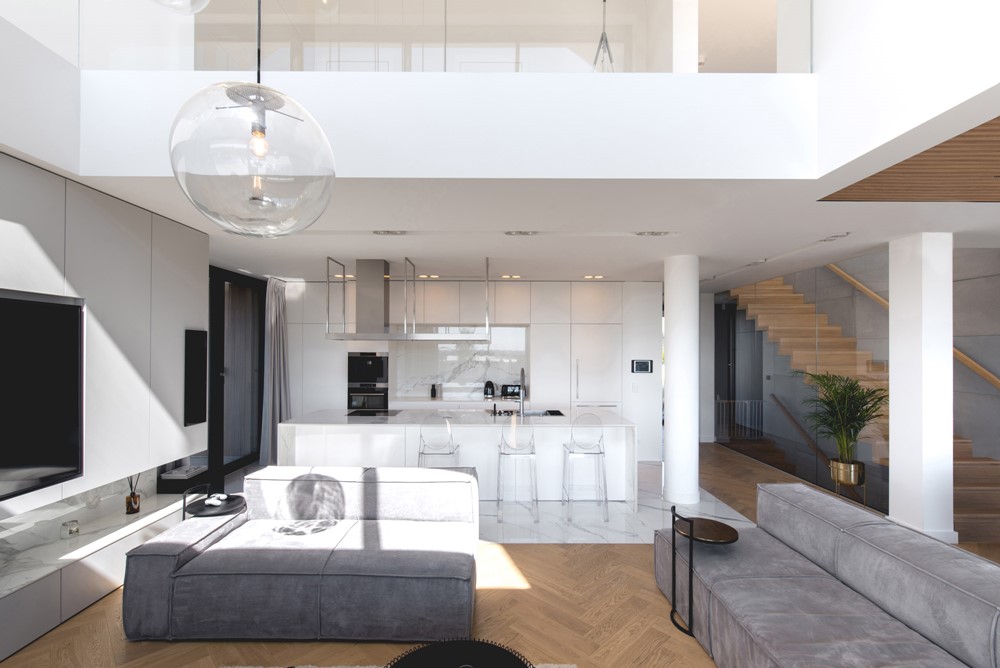 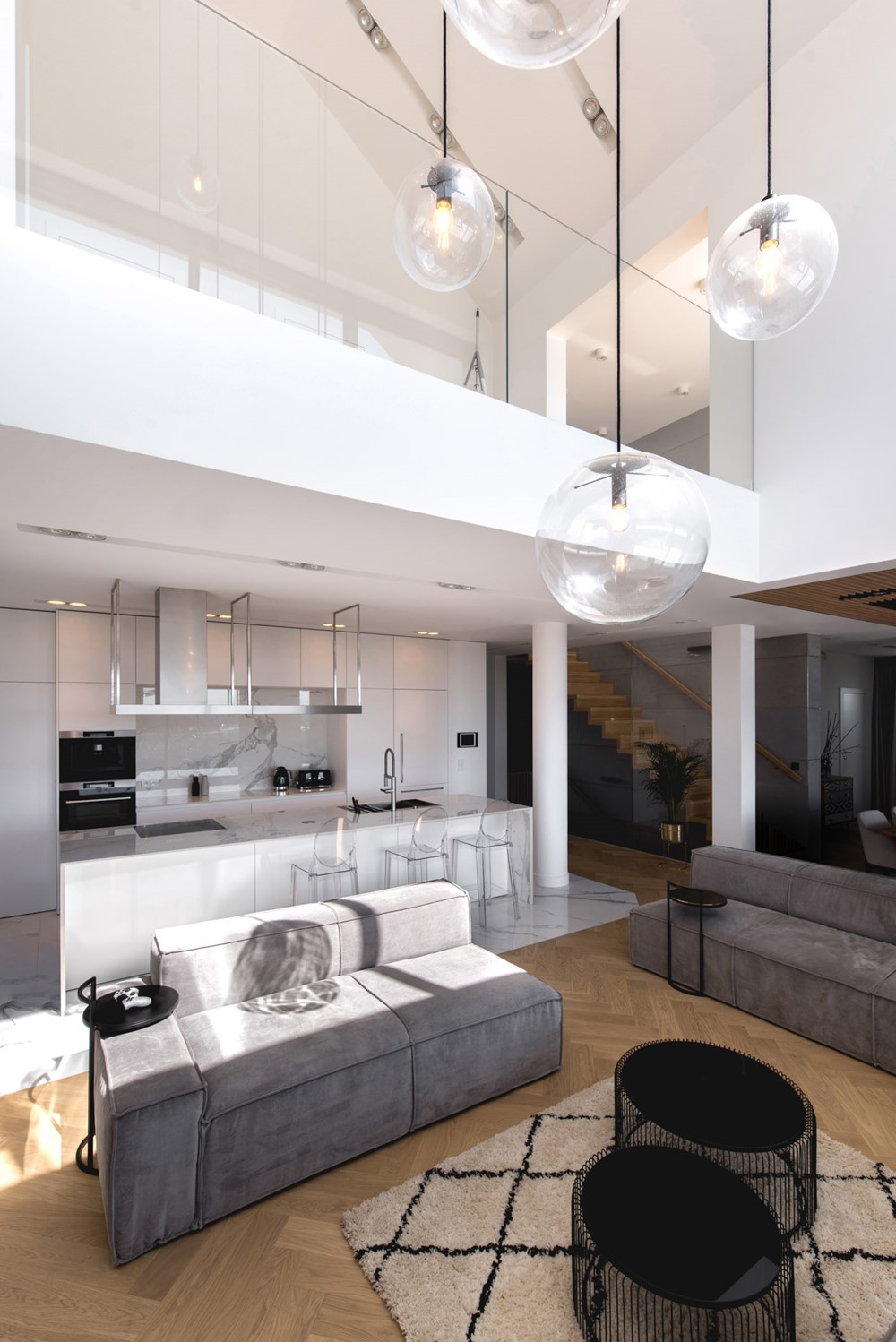 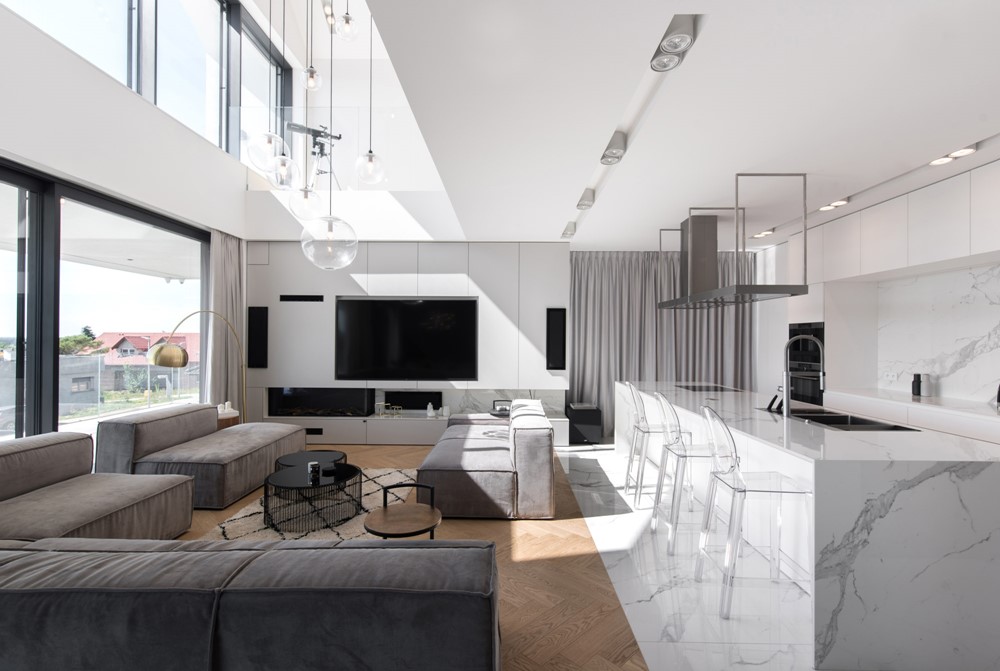 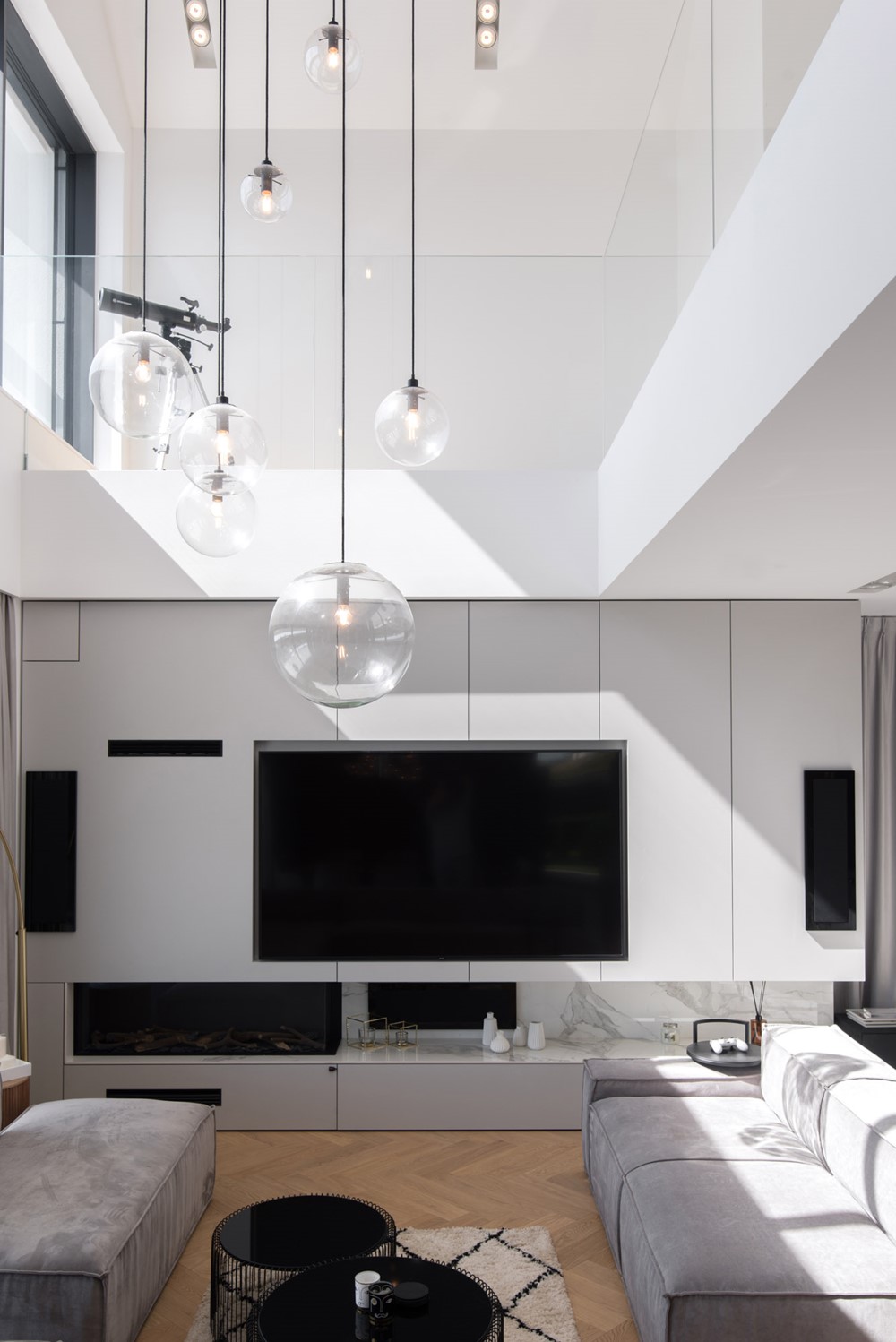 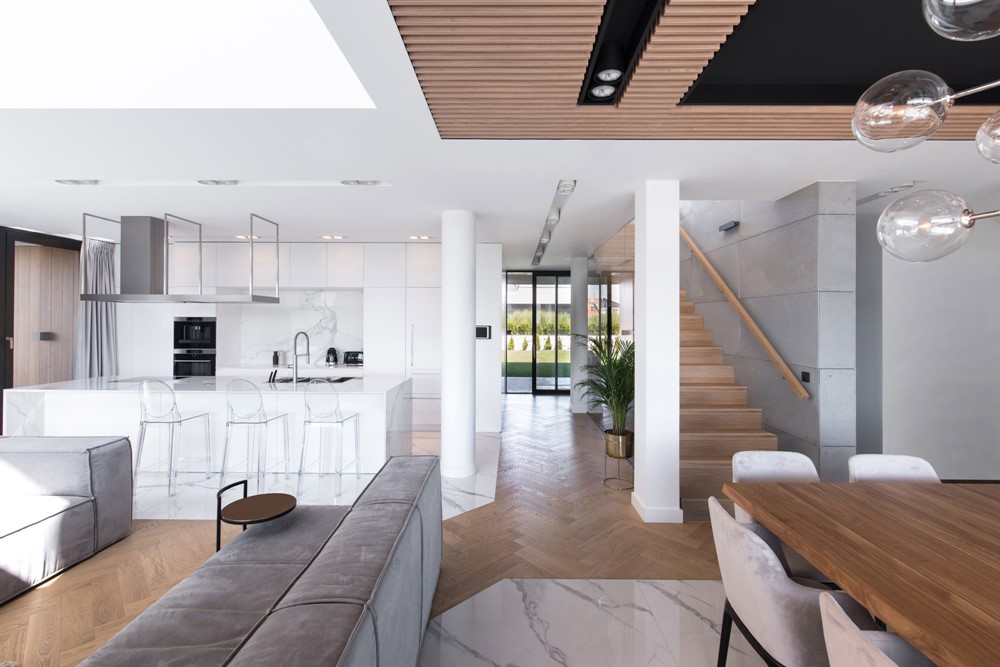 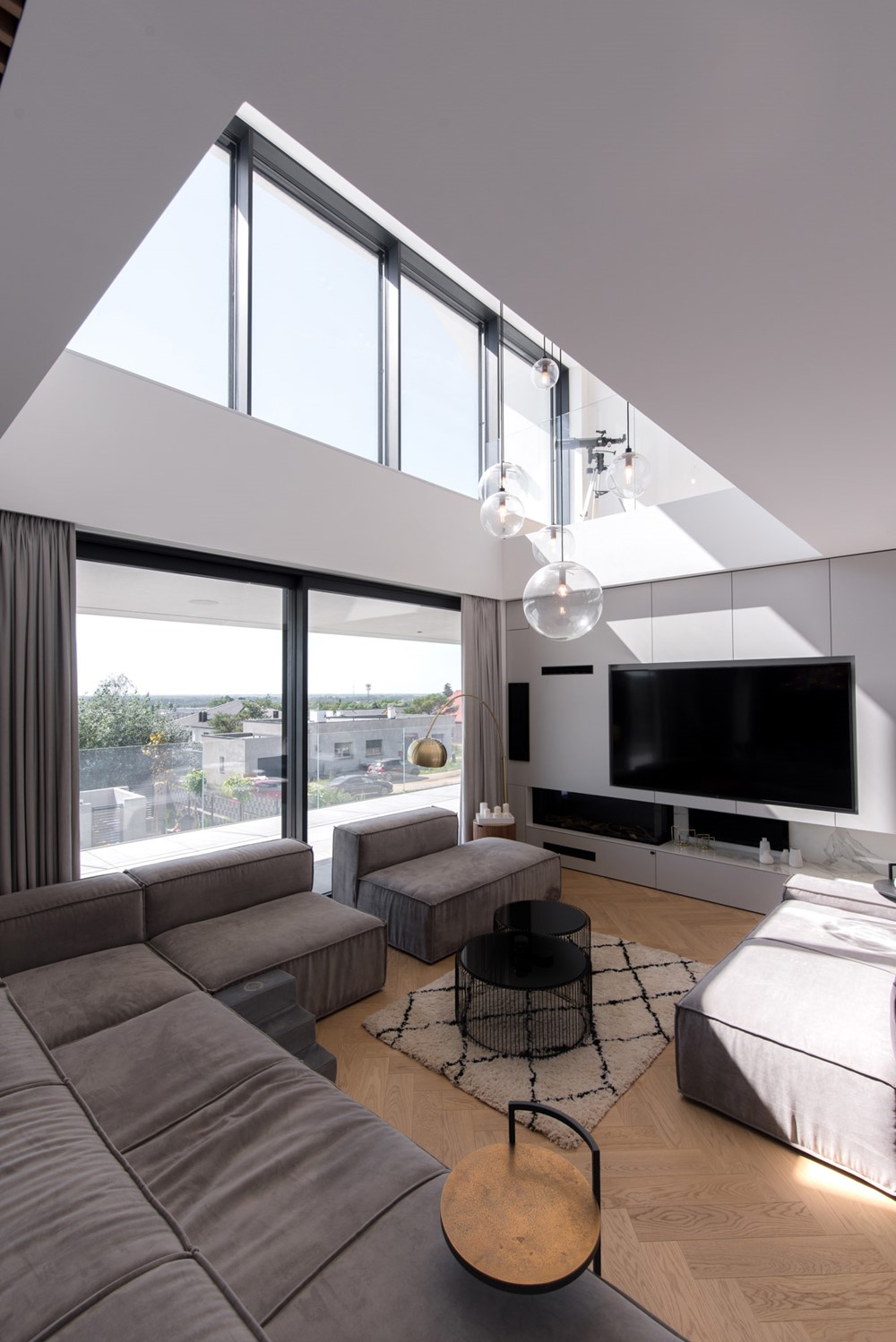 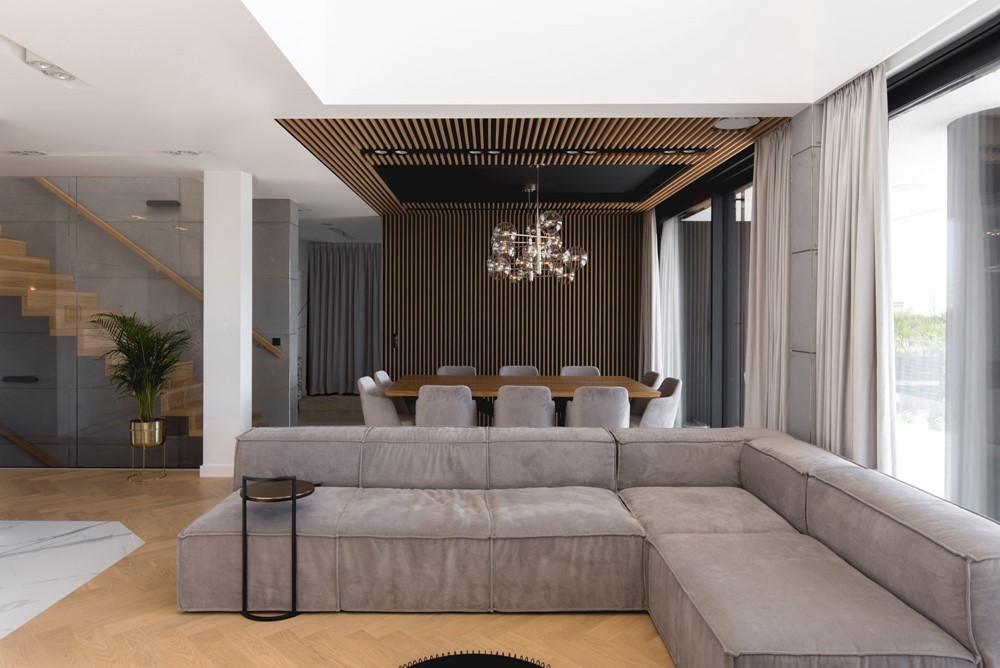 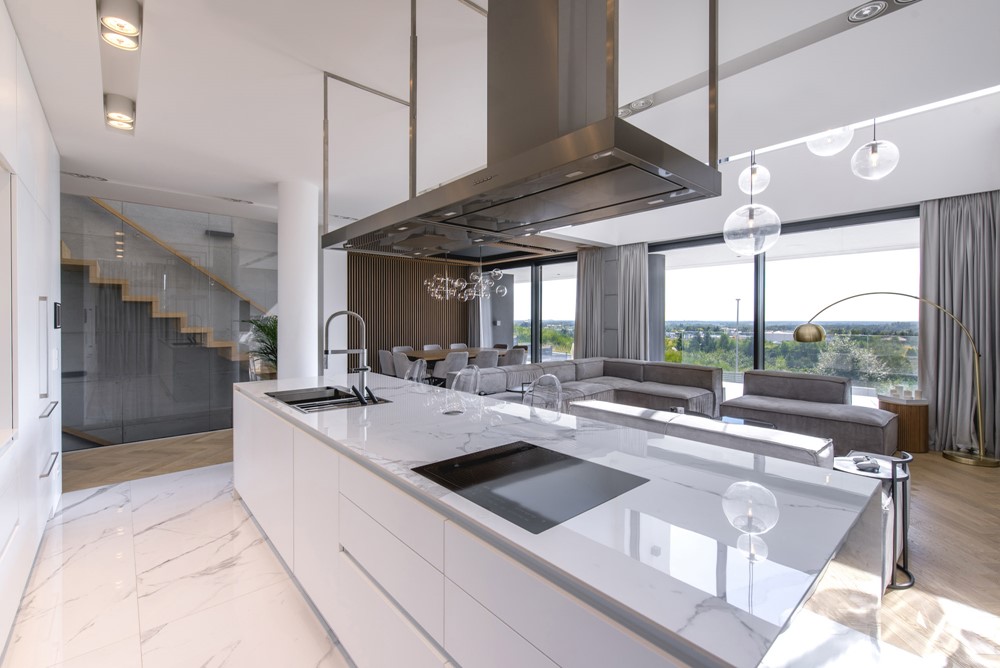 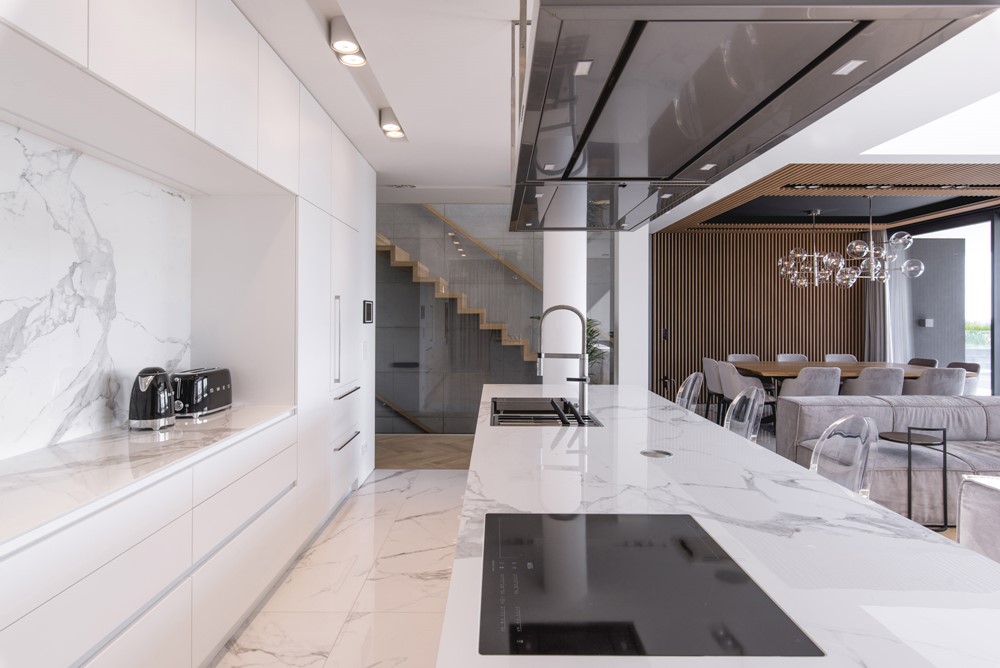 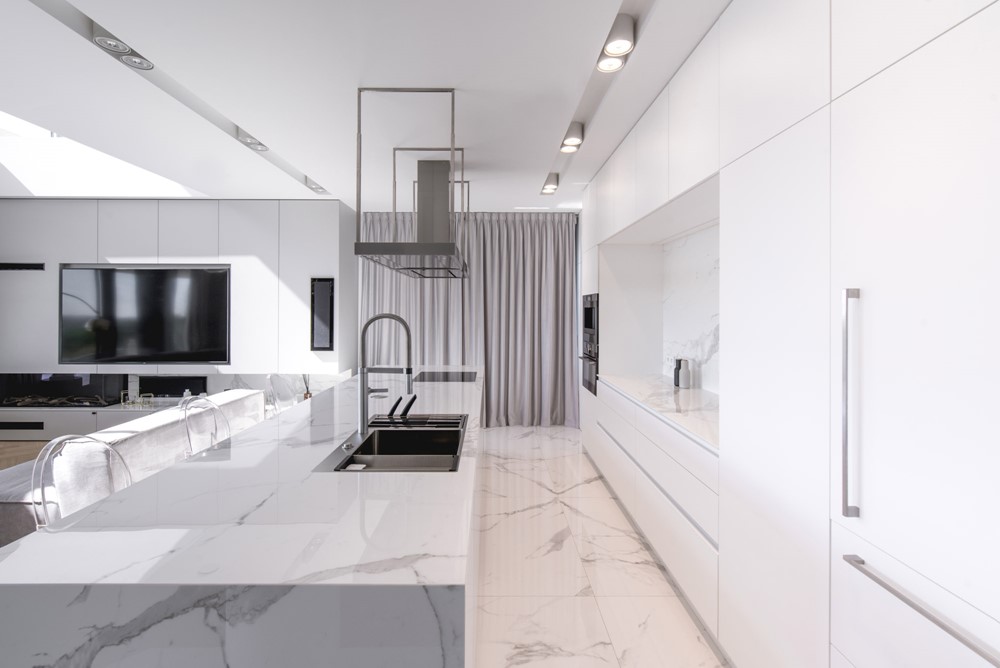 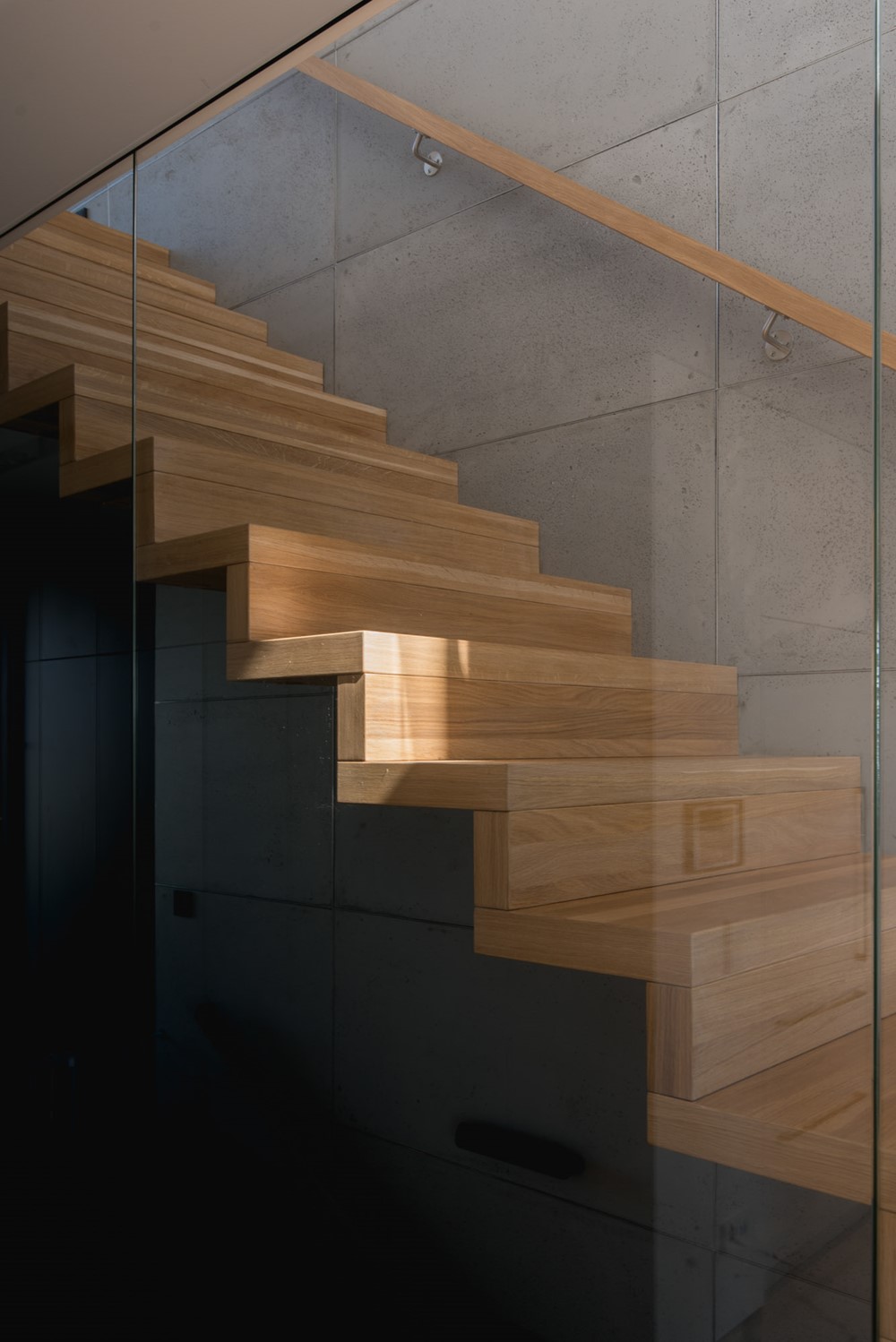 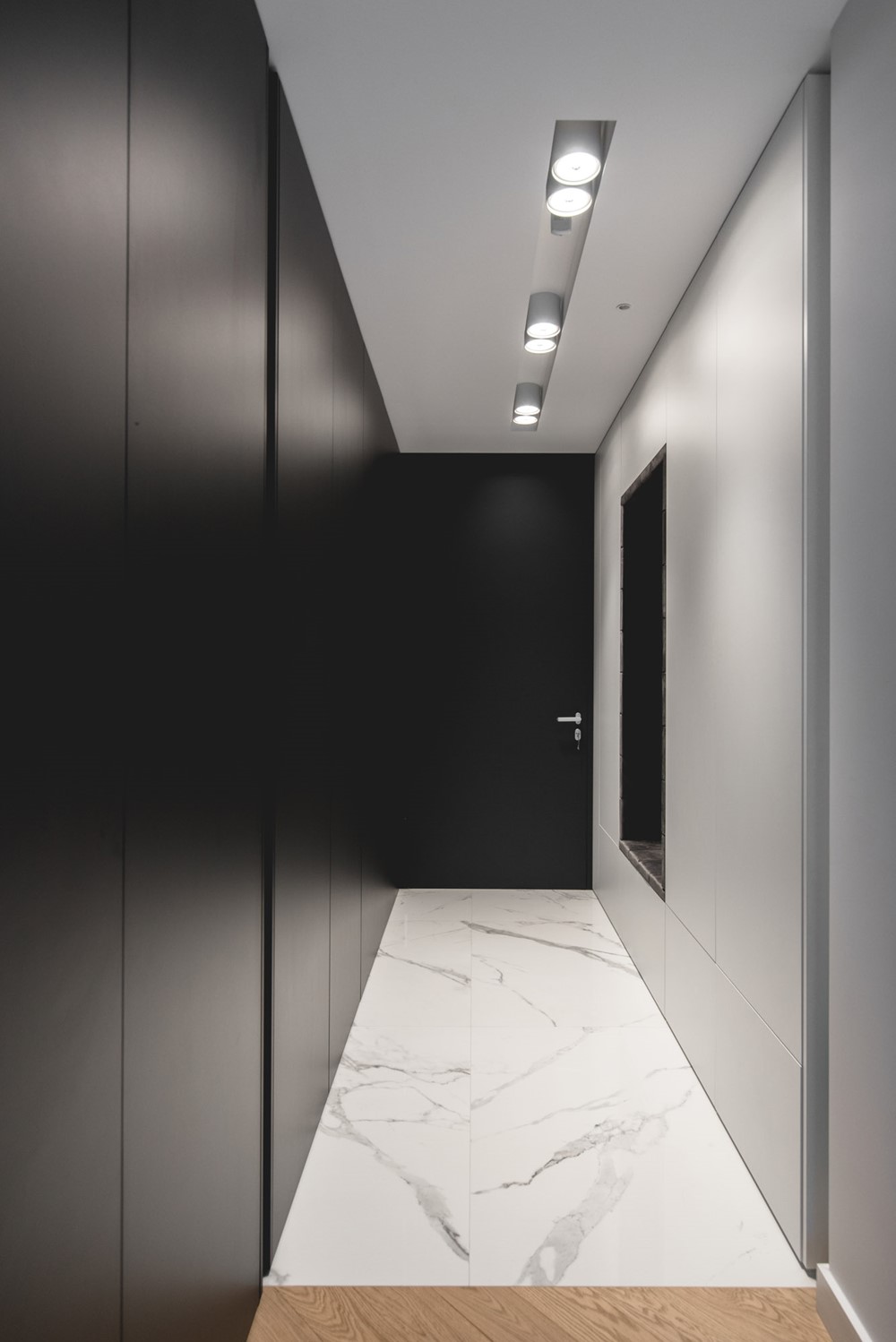 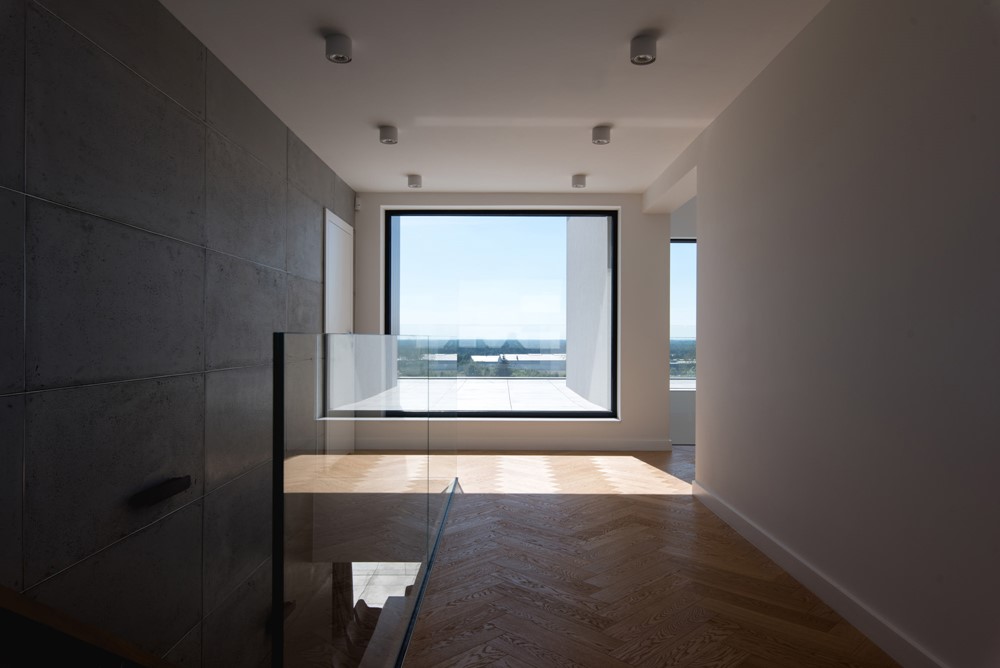 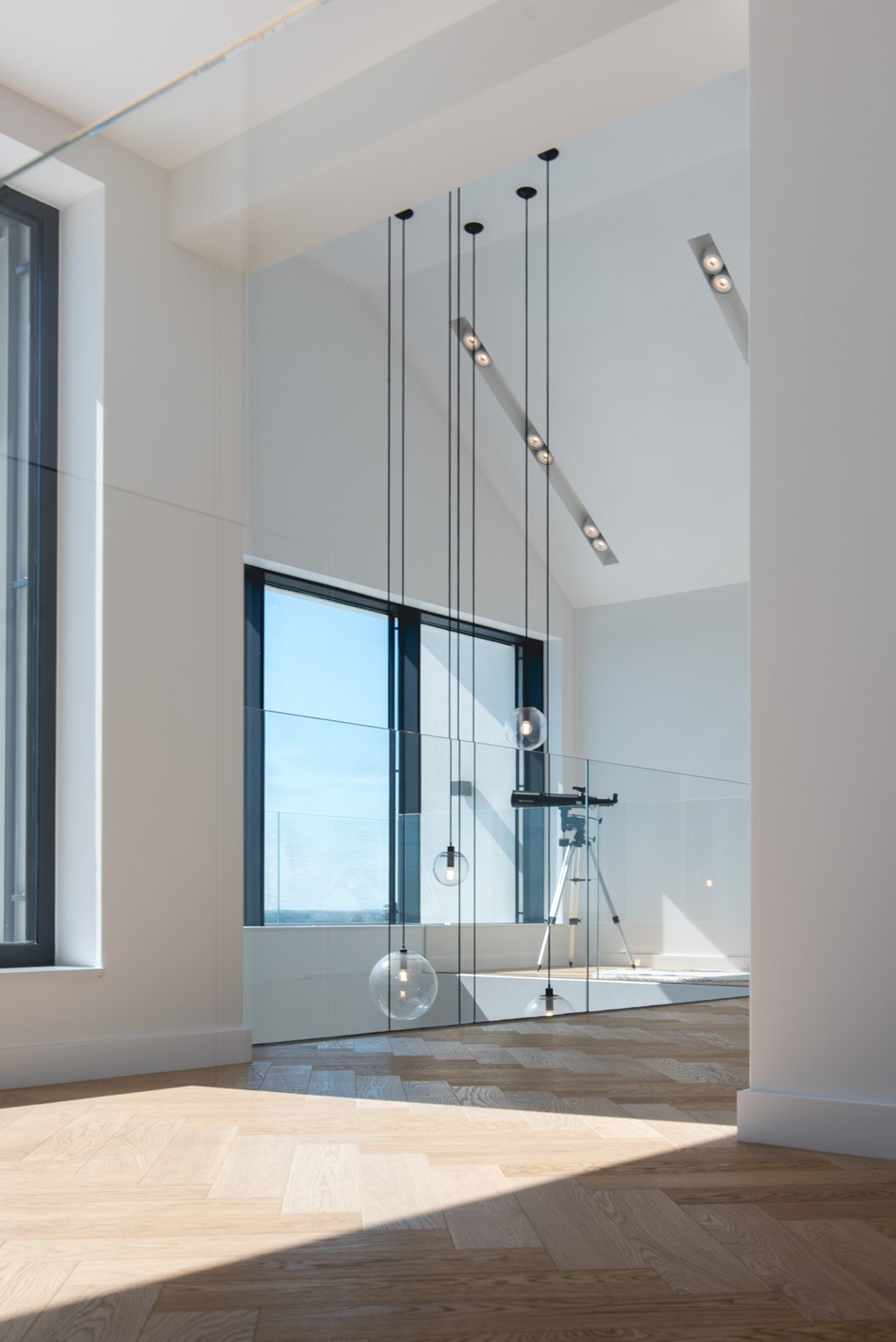 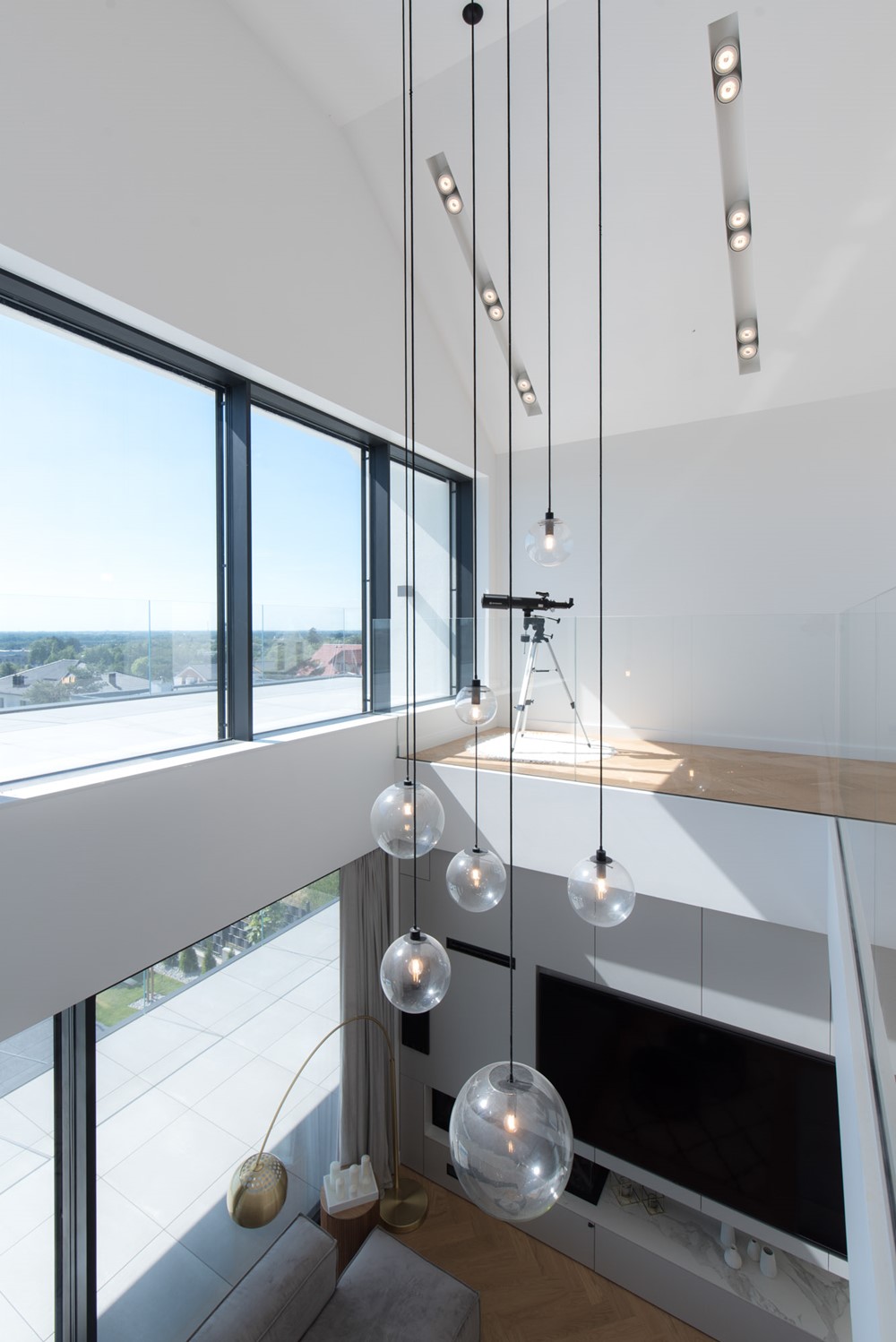 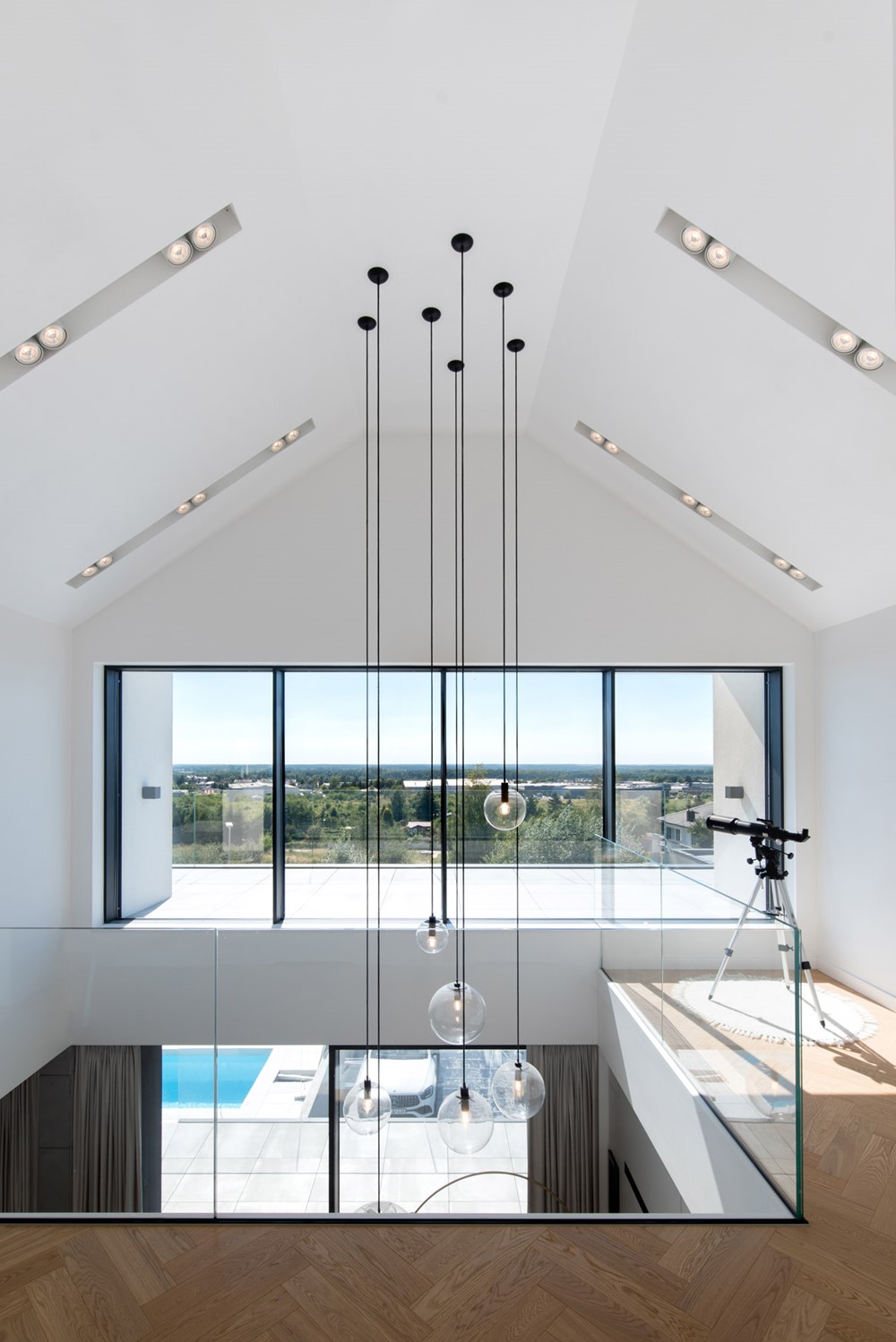 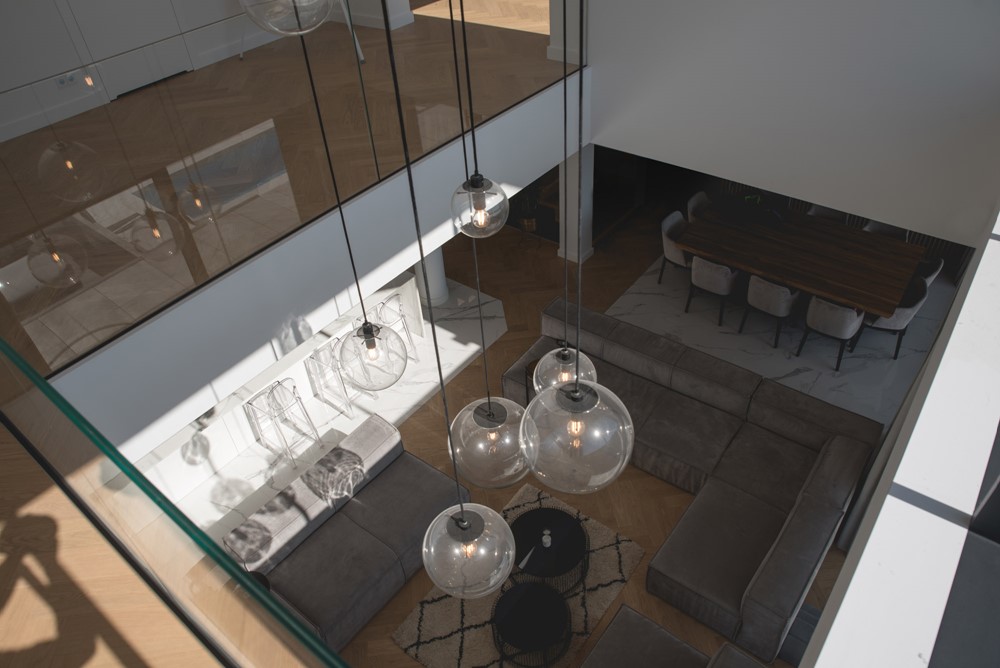 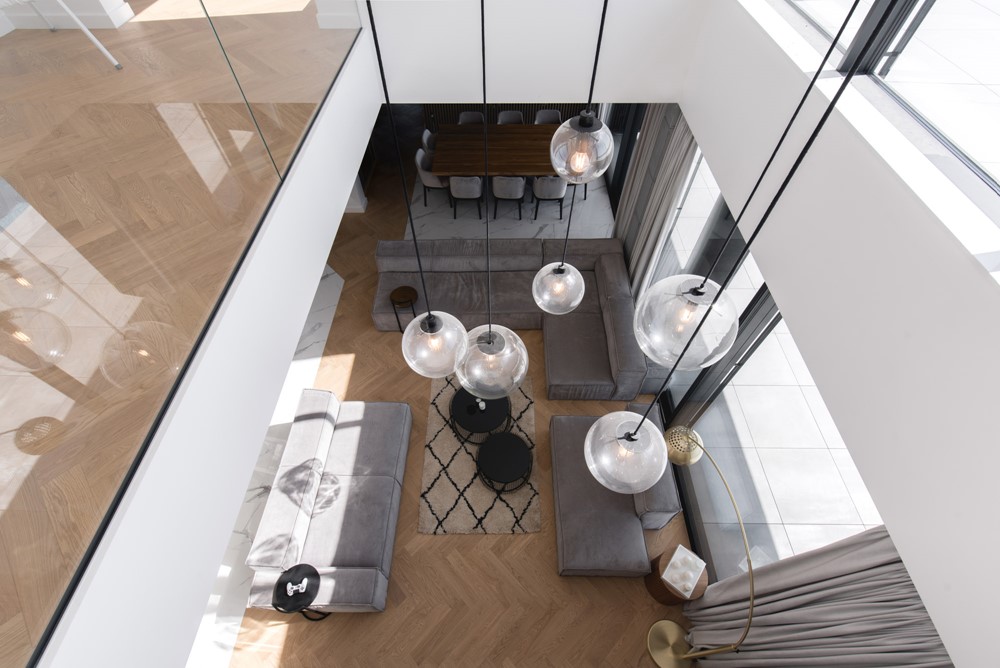 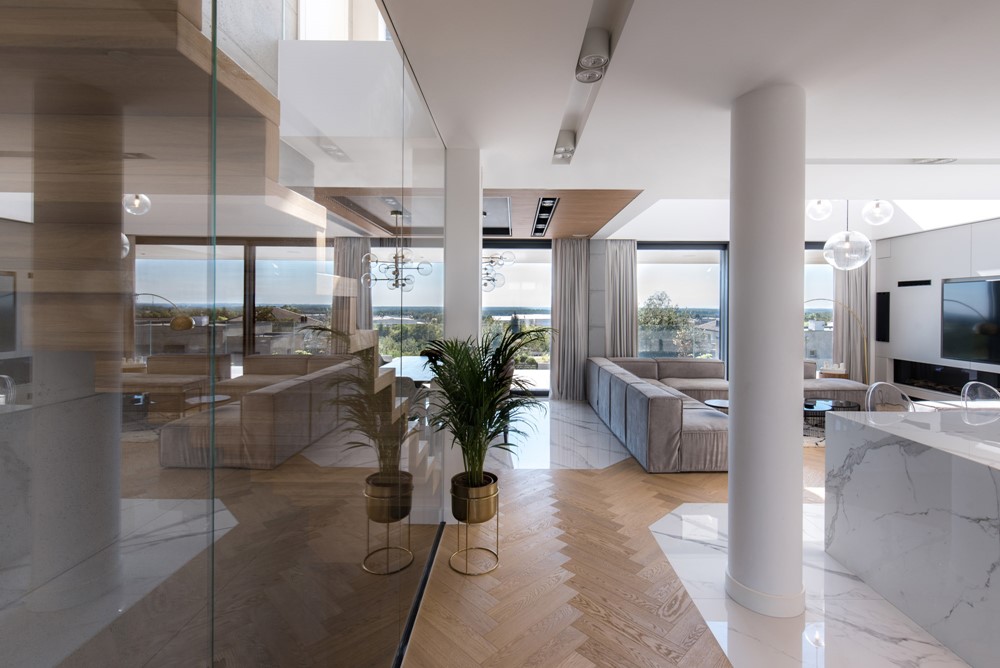 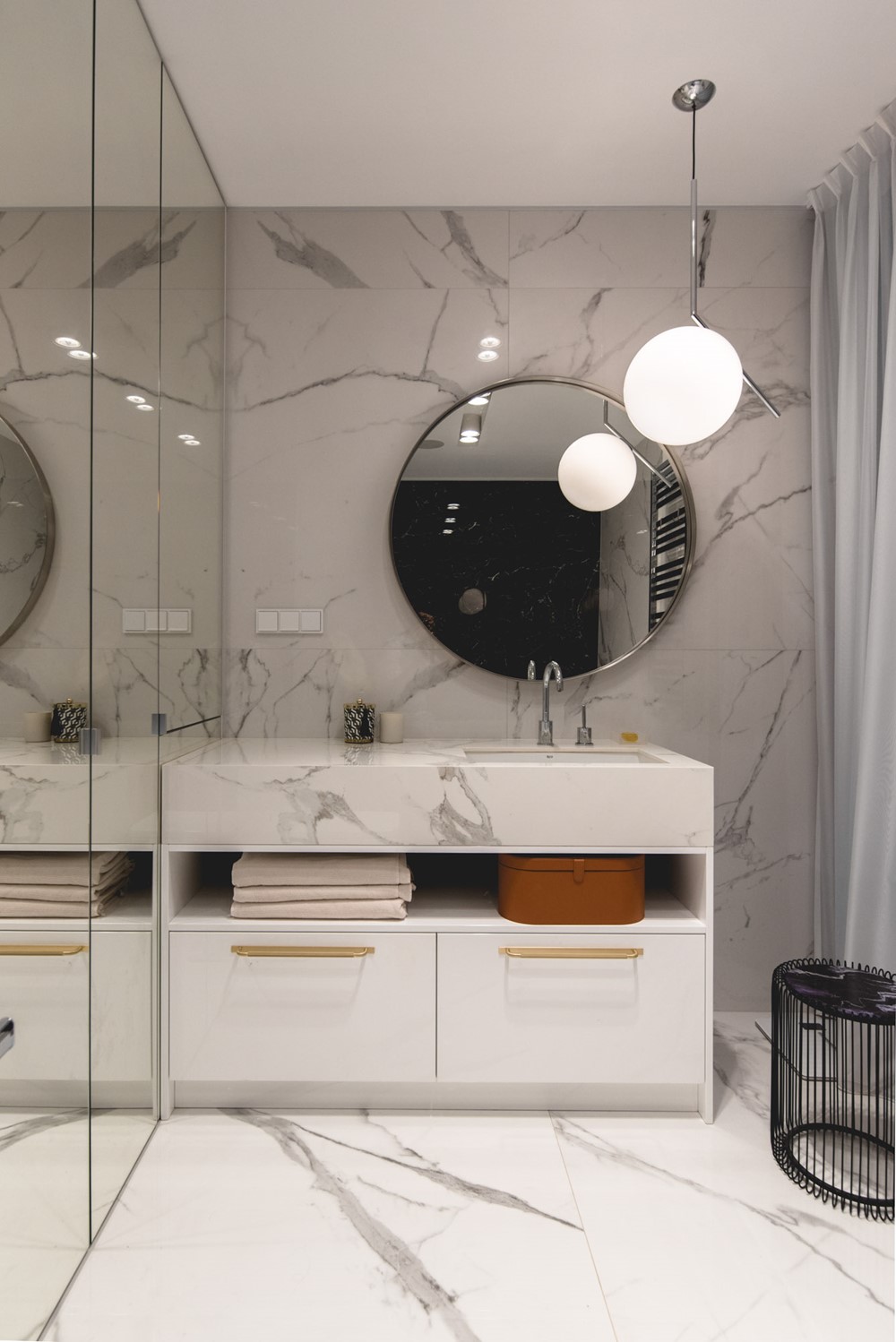 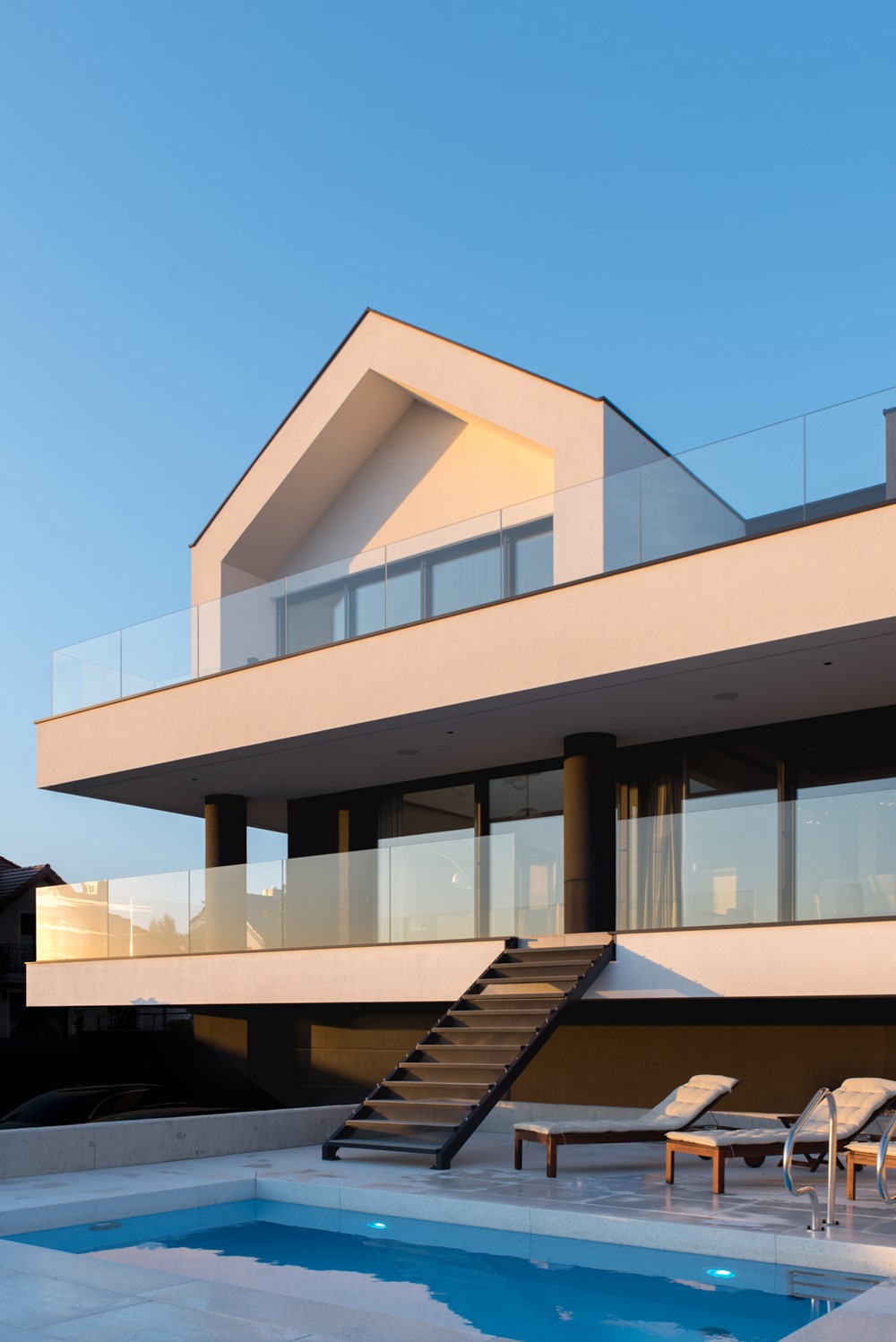 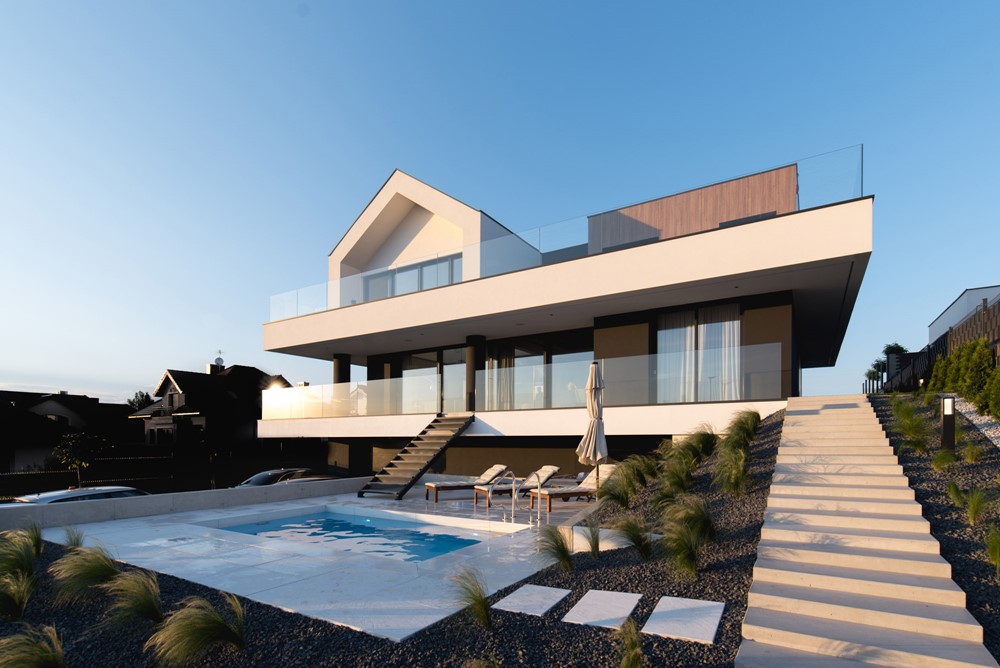 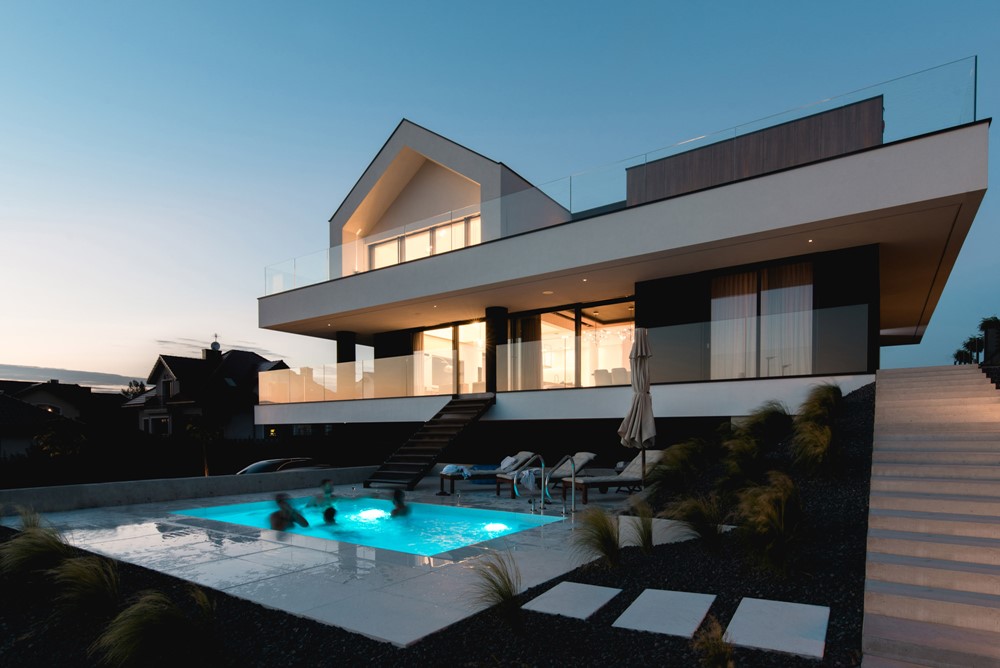 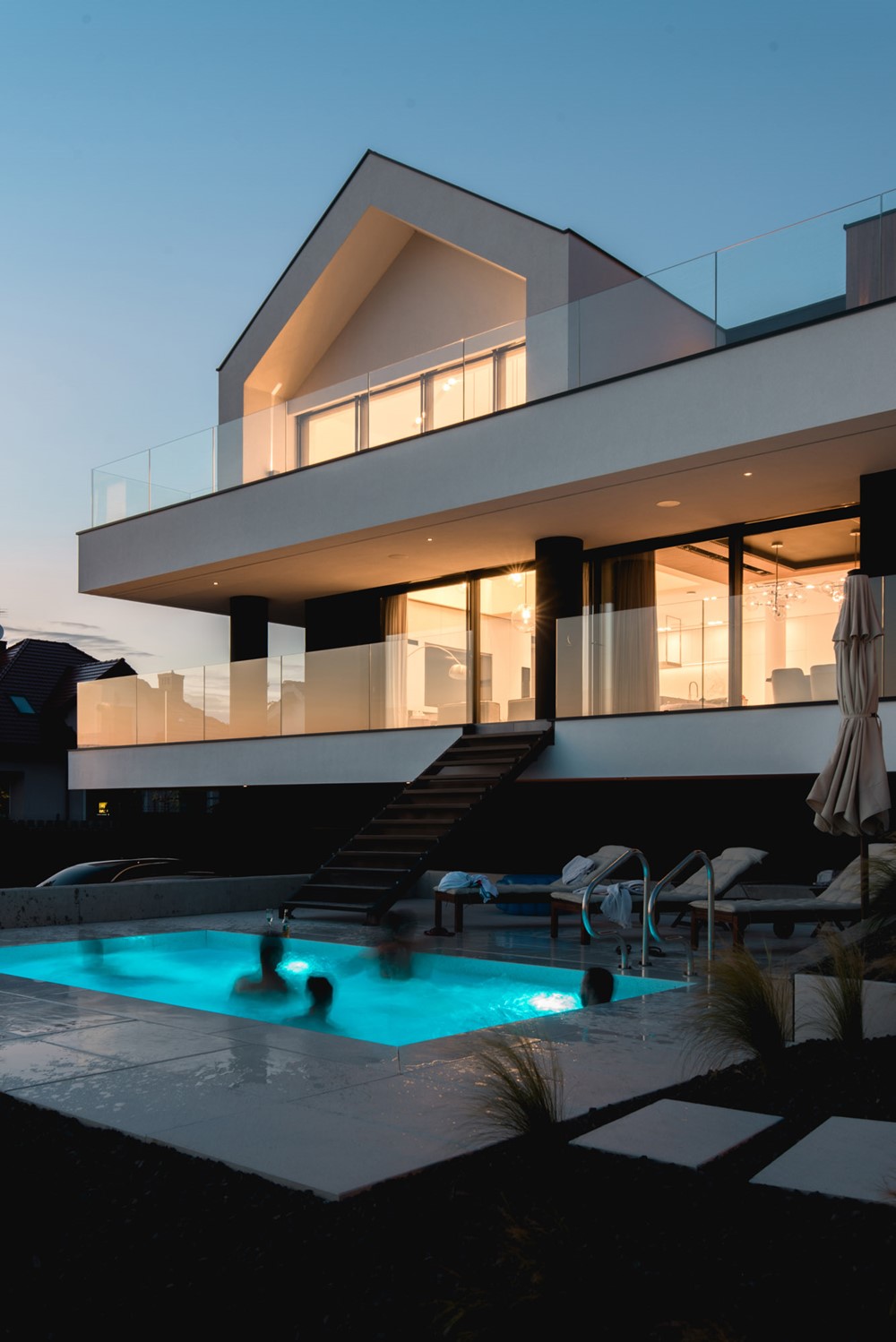 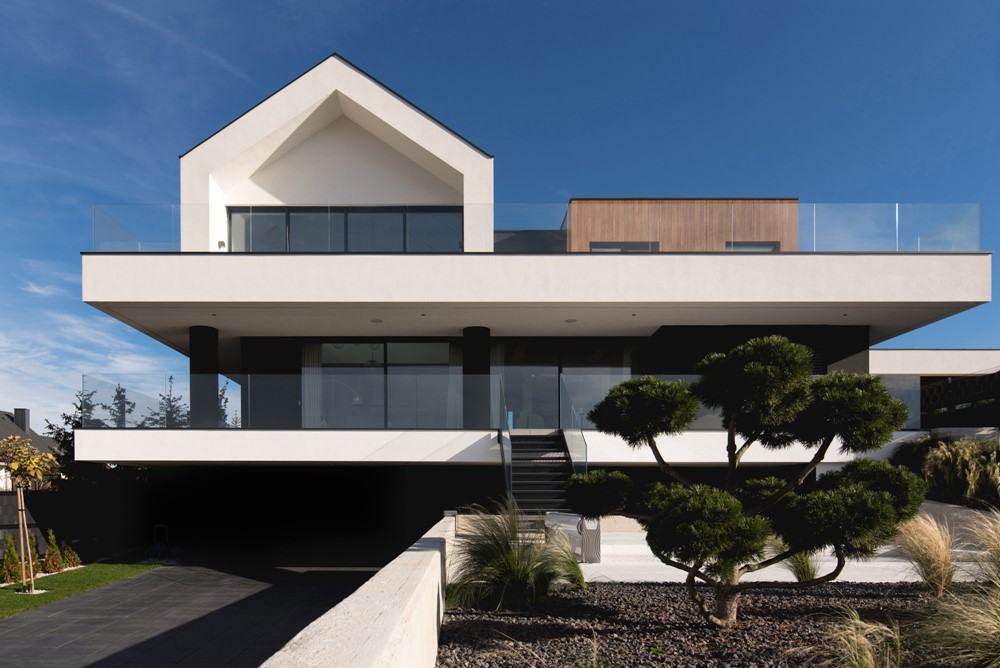 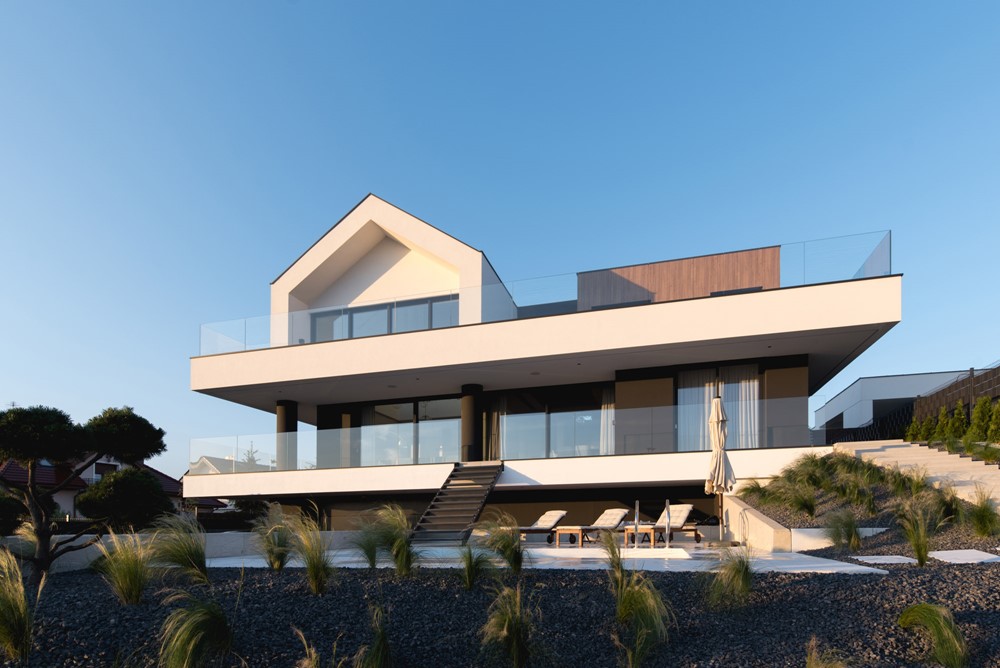 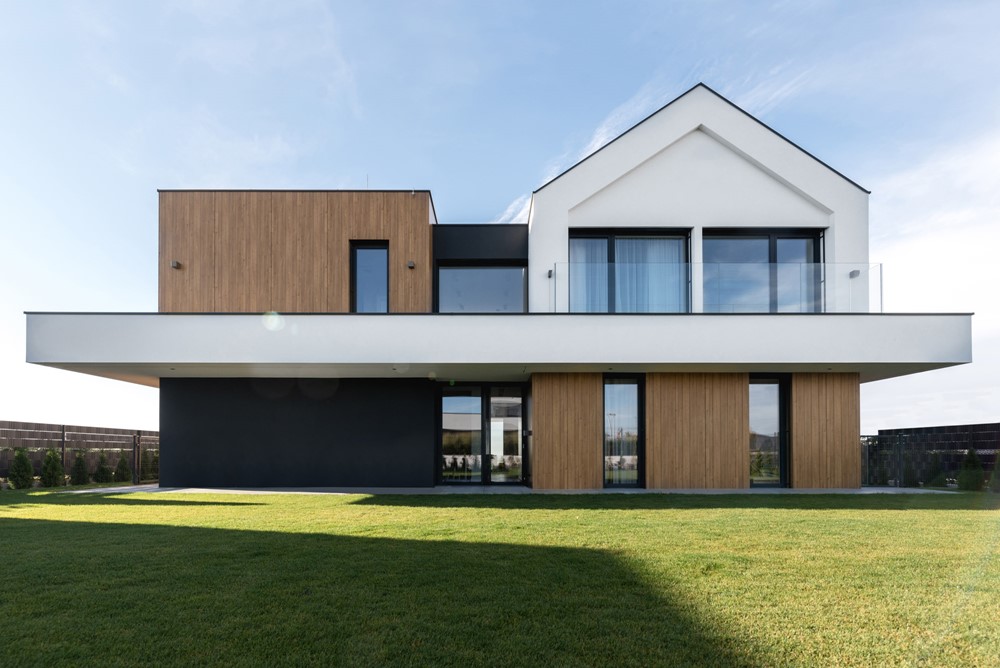 Three storeys of the building were separated from one another with even slabs that resemble childrens’ favourite blocks’ construction panels. On the base foor there’s a more technical part of the house, along with a garage. This level was covered with constructive slab, allowing for fexibility of upper level planning. The 1st foor has been divided into 5 cubicles, that hold key functions:
– dressing room
– guests’ bedroom
– bathroom
– functional space combined with a kitchen
– chimney with audio/video infrastructure
Spaces between cubicles were separated with glass walls, allowing the living room to seamlessly fow into the dining room and corridors. Remaining slab’s part organically extends further outside, creating a terrace.
Level 2 was separated with another slab, in a similar fashion to the 1st one, however here cubicles are disjointed and form two, small, standalone house-like structures. One is the parent’s bedroom with a wardrobe and a bathroom, second one is the childrens’ bedrooms plus the mezzanine overlooking the 1st foor daily space.
Building’s fnal shape fts the grounds like a glove. Horizontally enormous slabs create an intriguing contrast to the hill’s height, creating, at the same time, space for the terraces with the view of the city’s panorama.