Station Street House designed by Robert Simeoni Architects sits on a prominent corner site in the heart of Carlton North. A new brick wall, distinct from the original pressed red bricks, forms the addition to the rear of the house. The wall wraps around the site to form a series of internal and external spaces. Photography by Trevor Mein 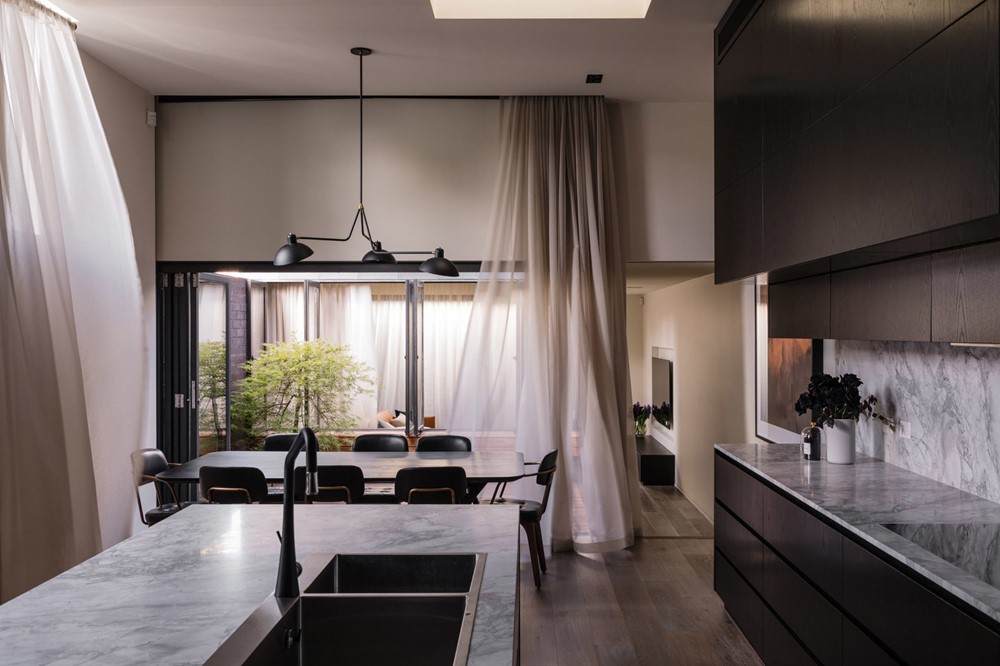 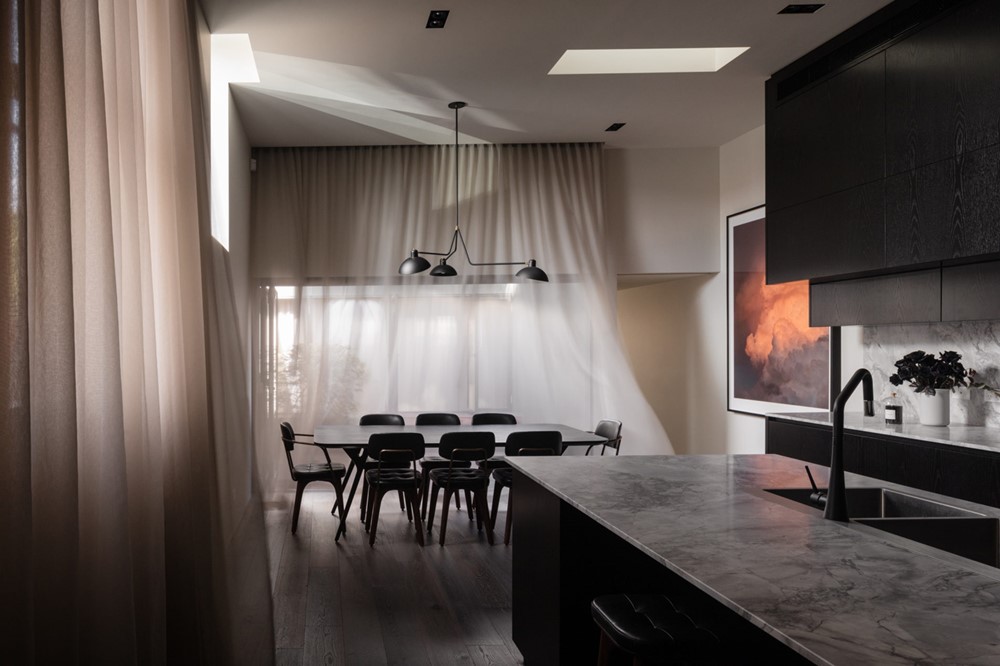 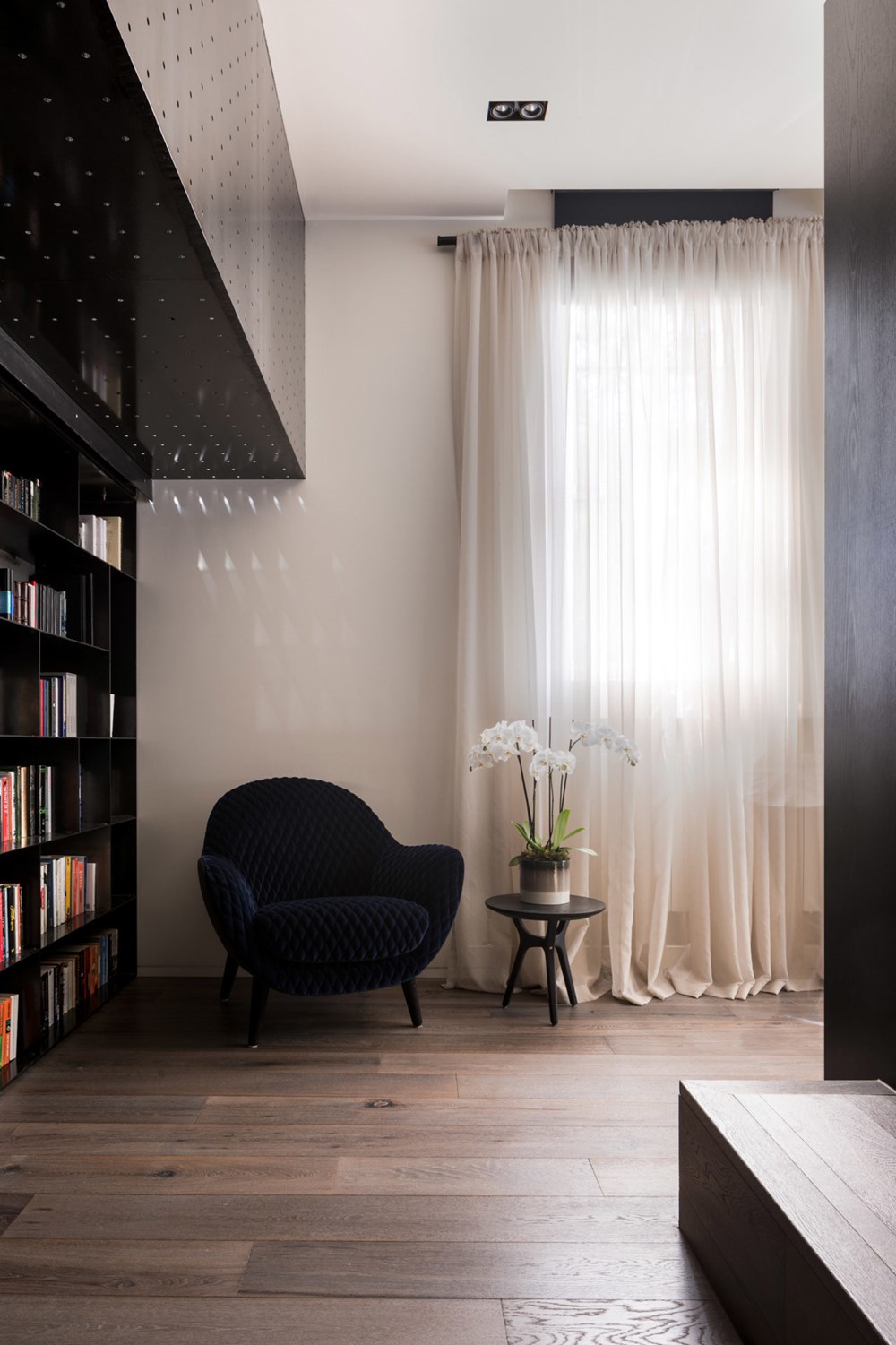 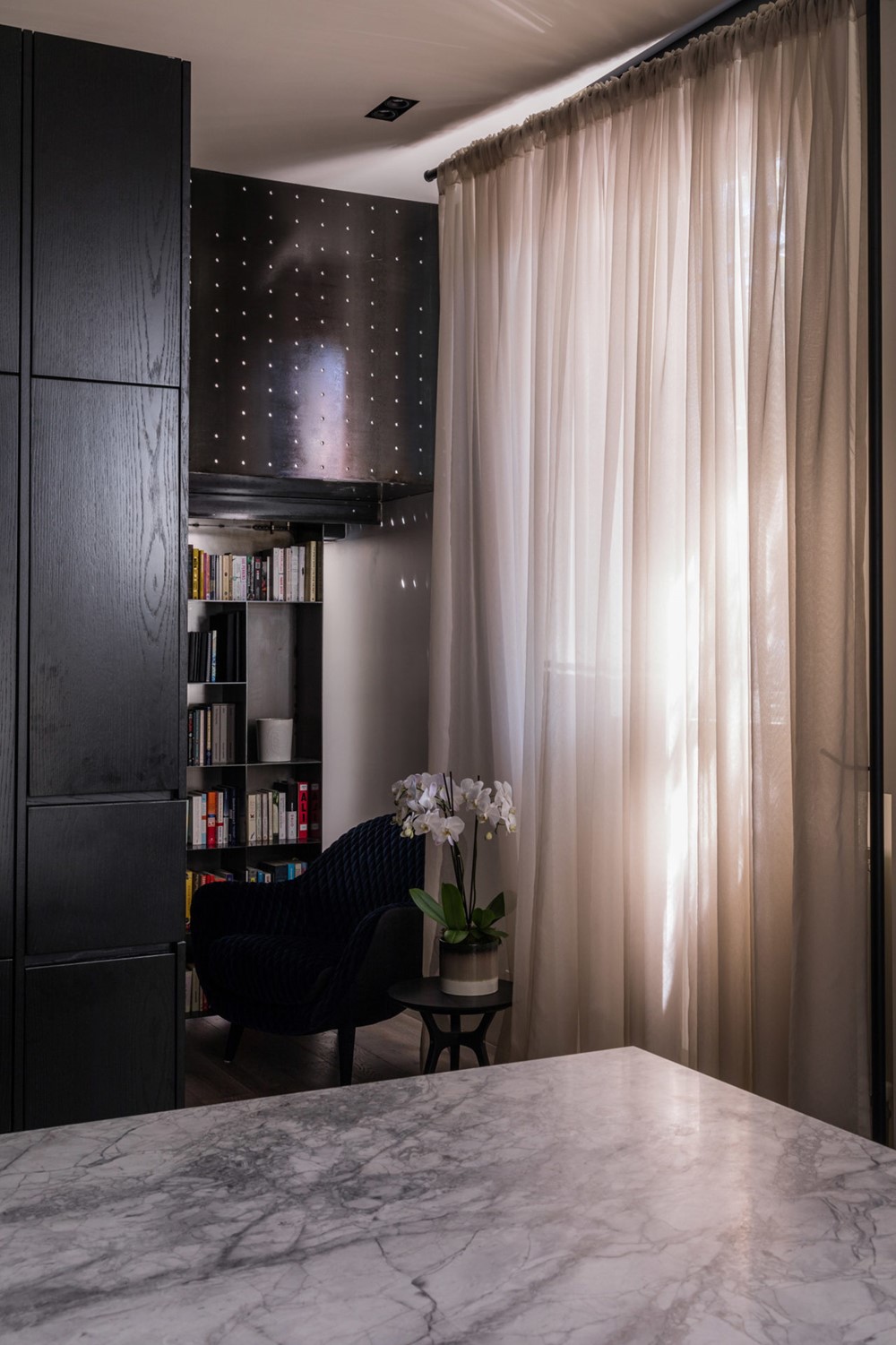 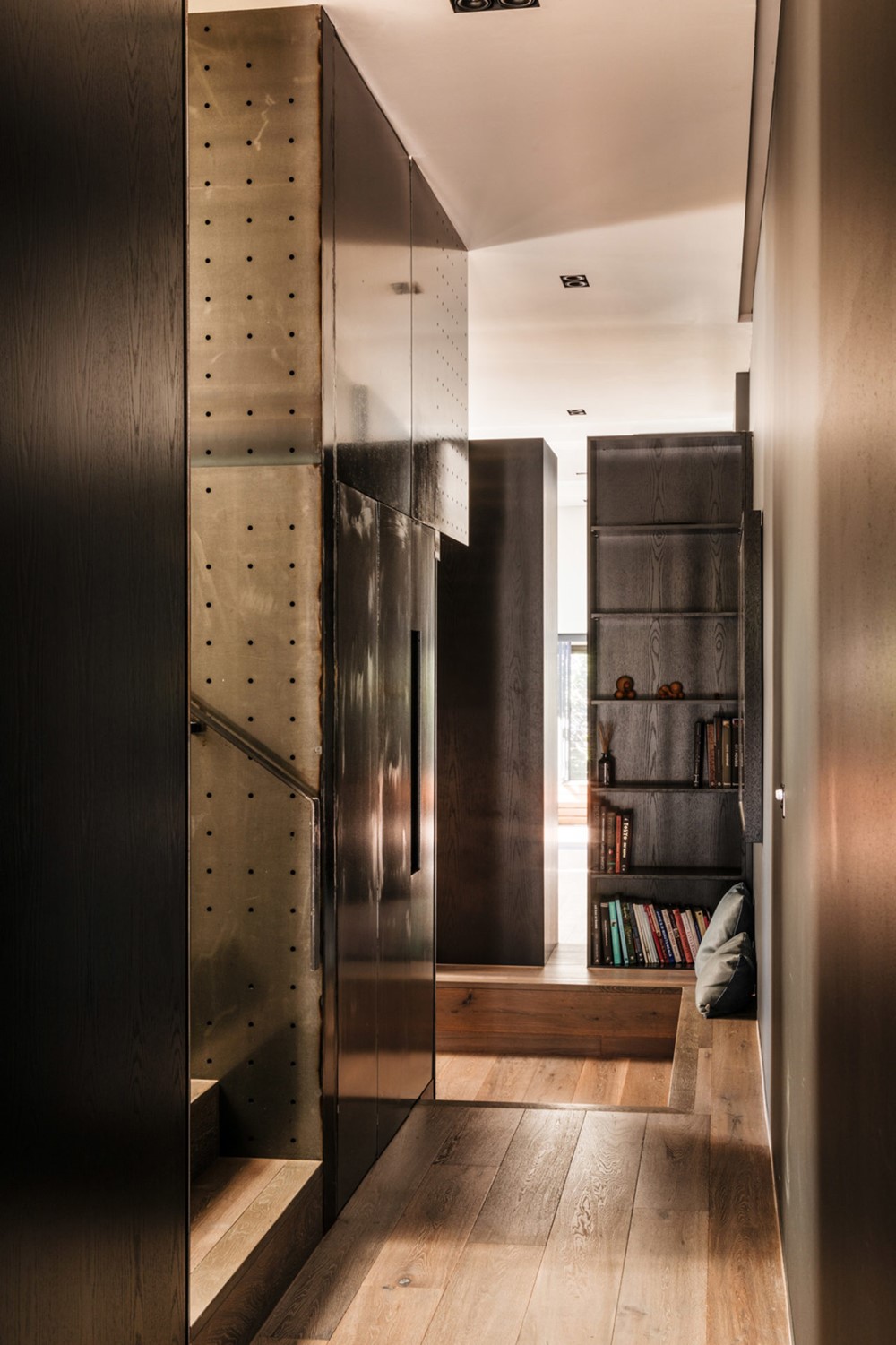 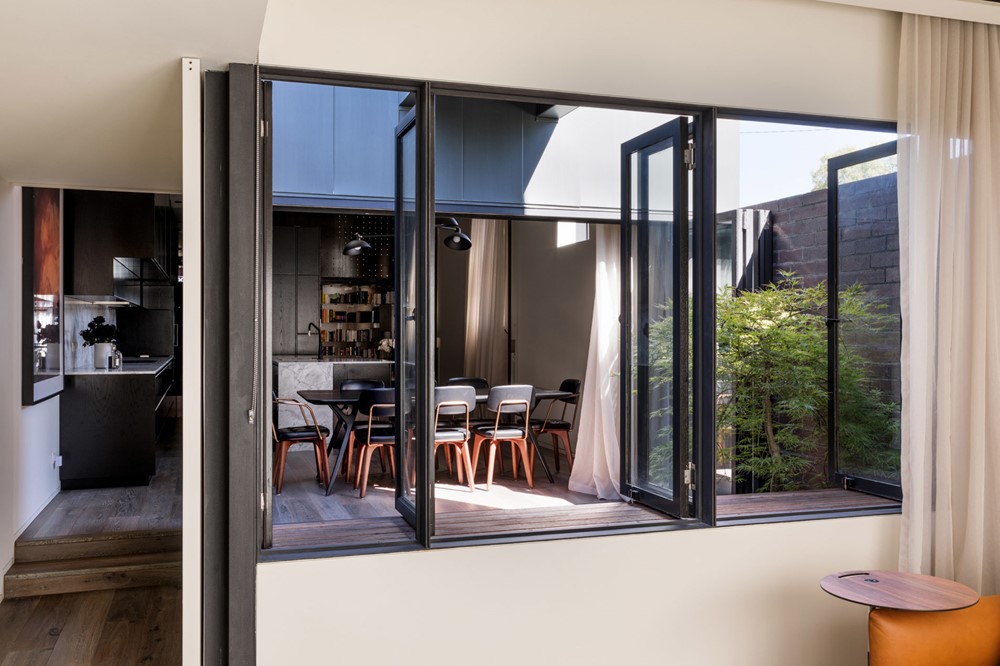 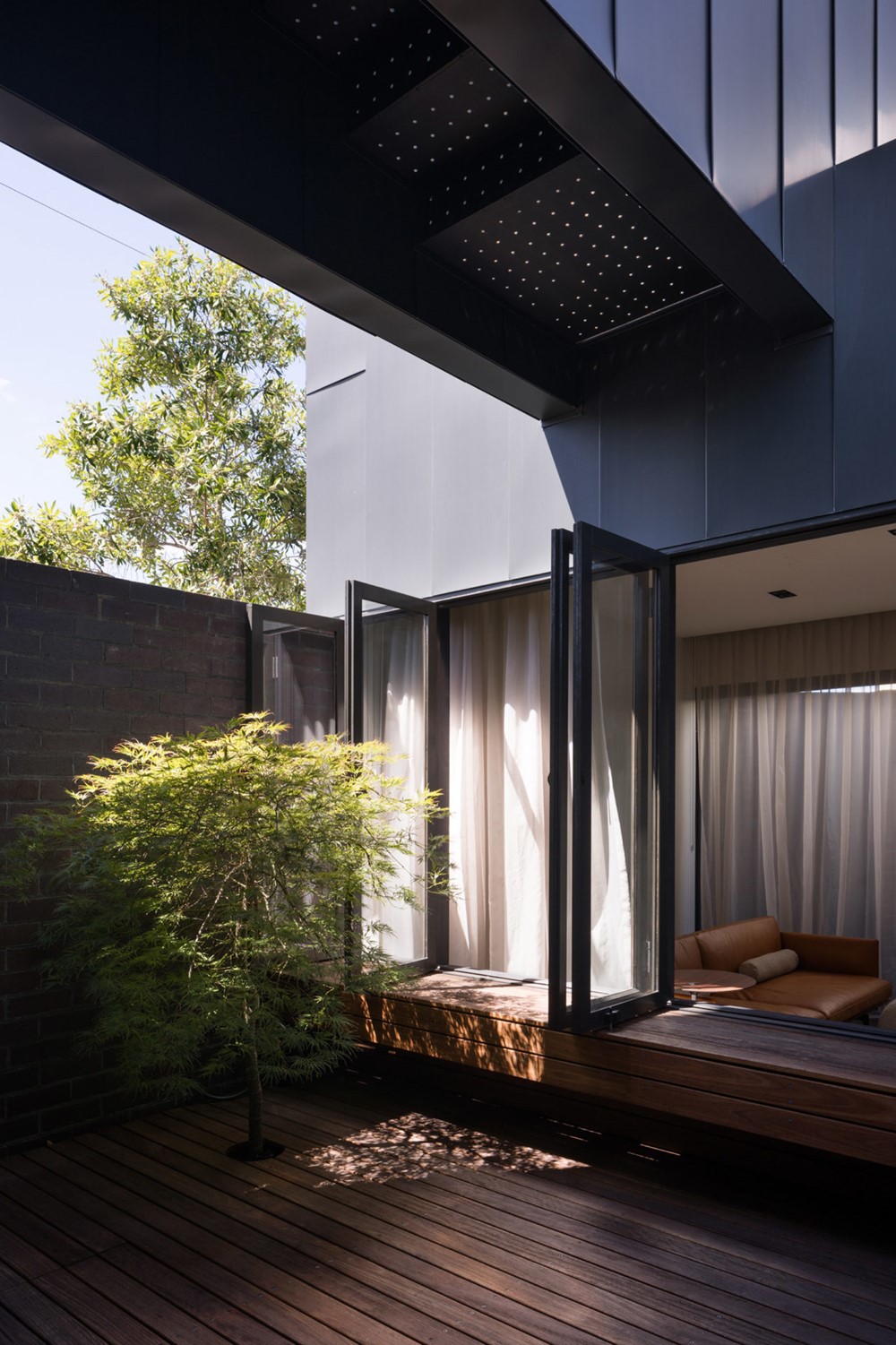 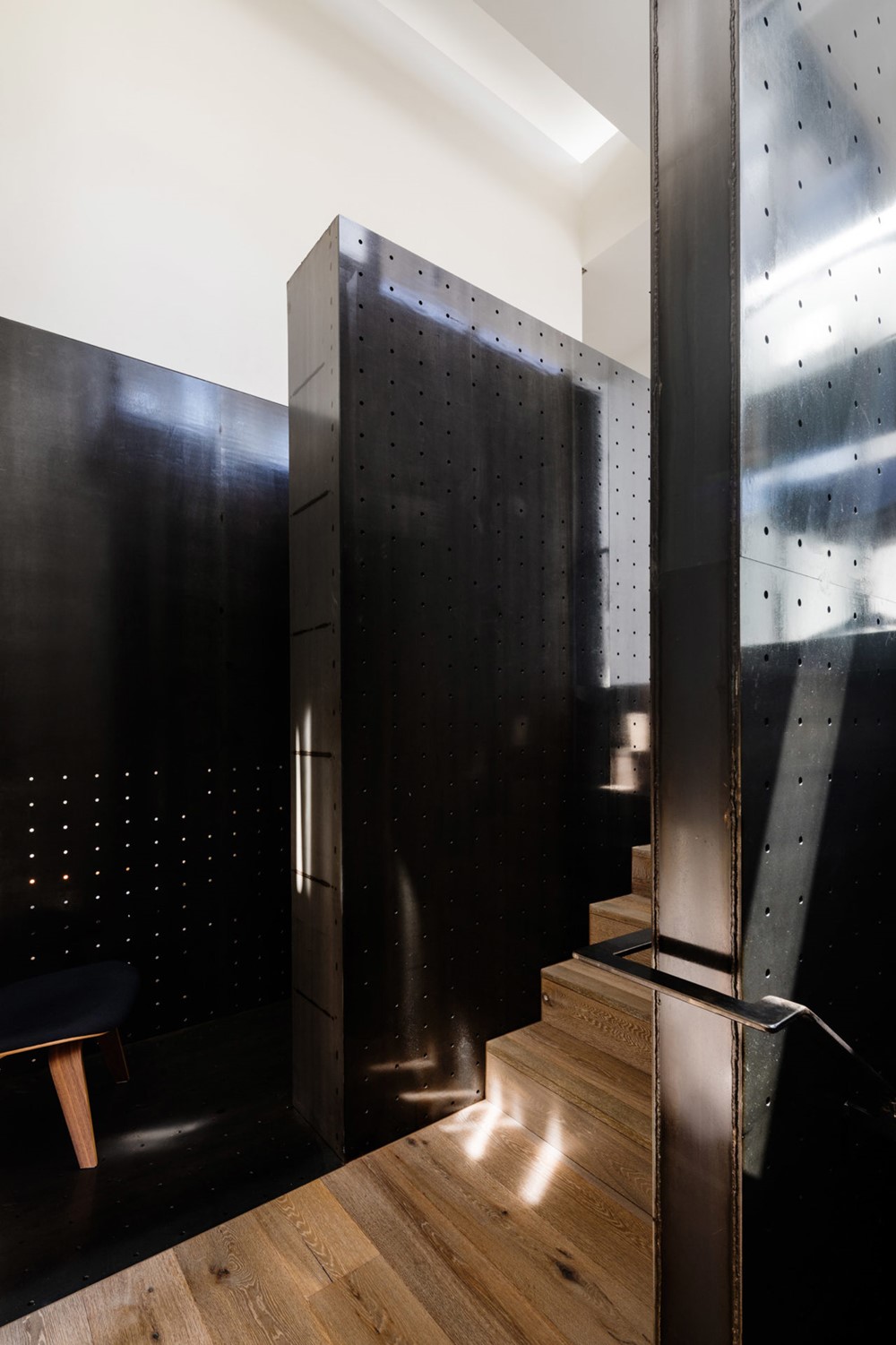 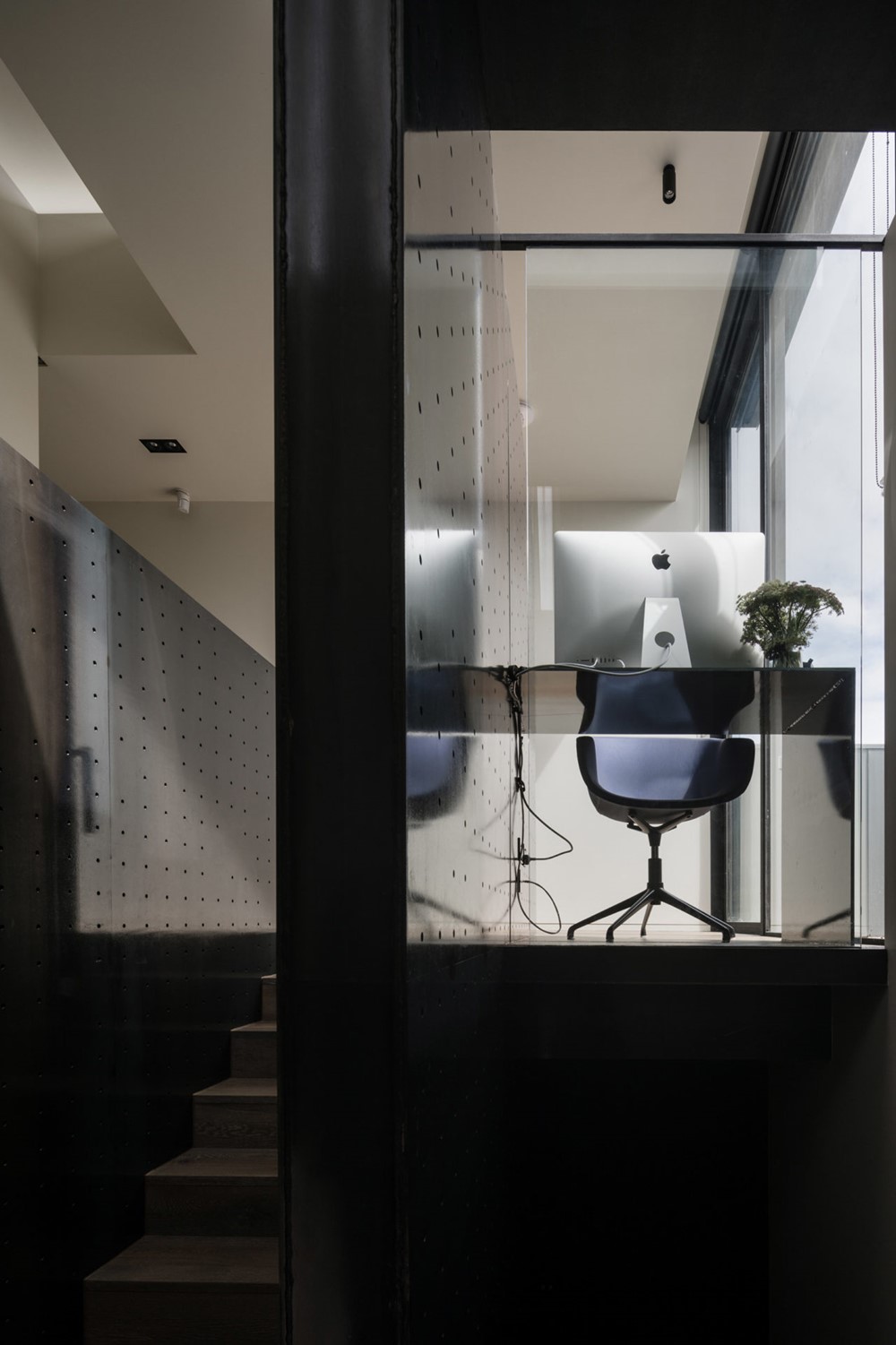 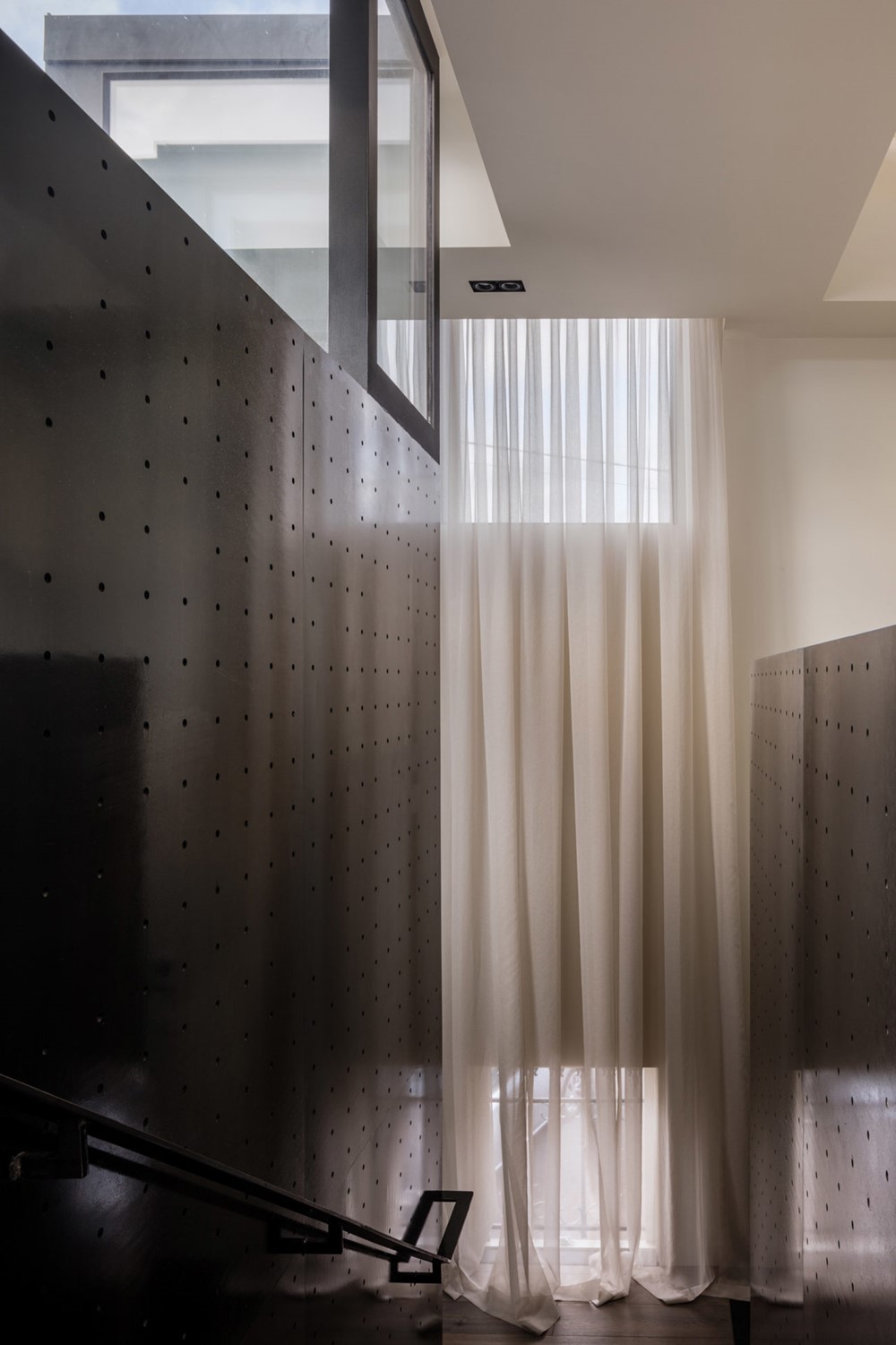 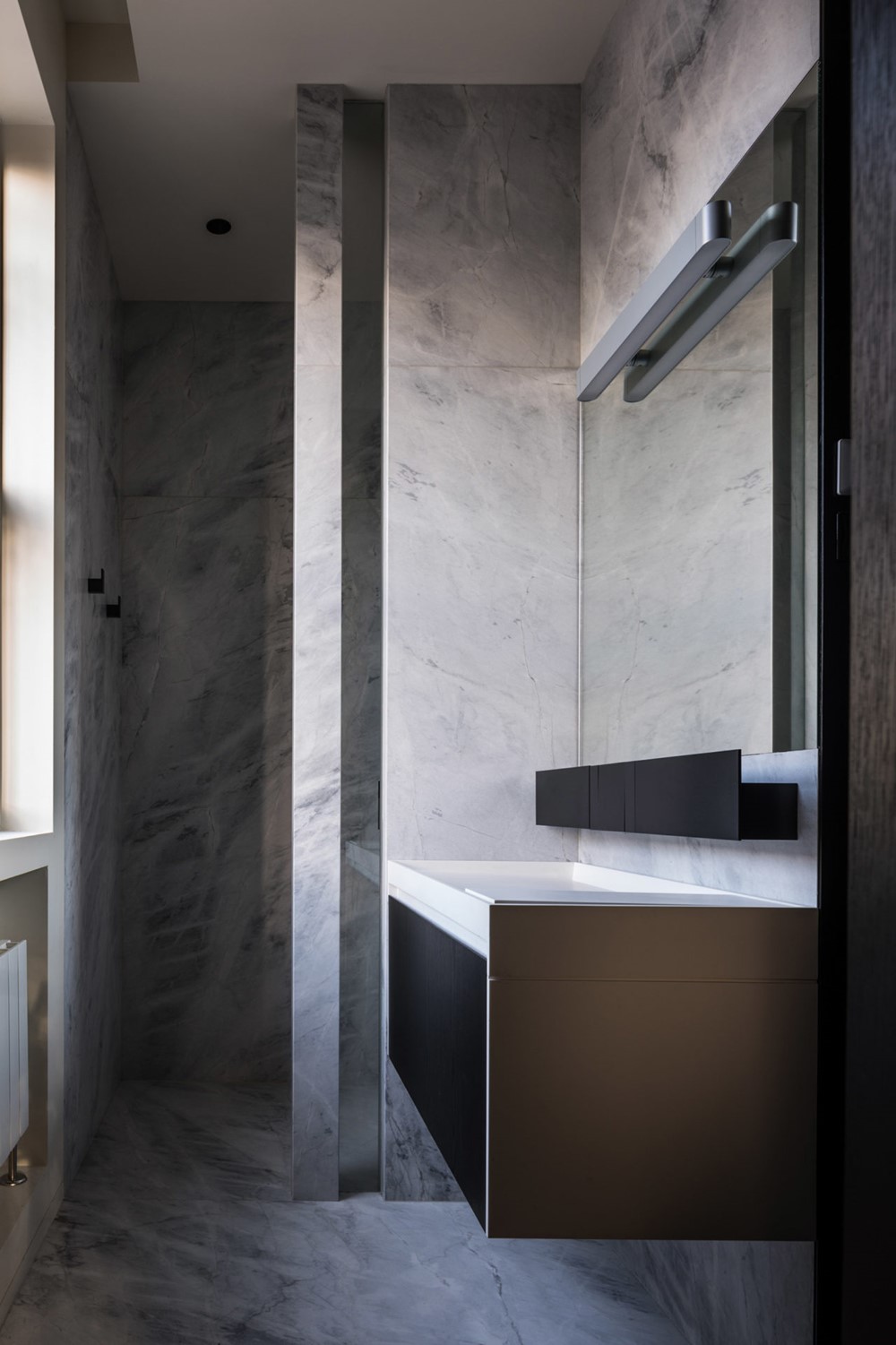 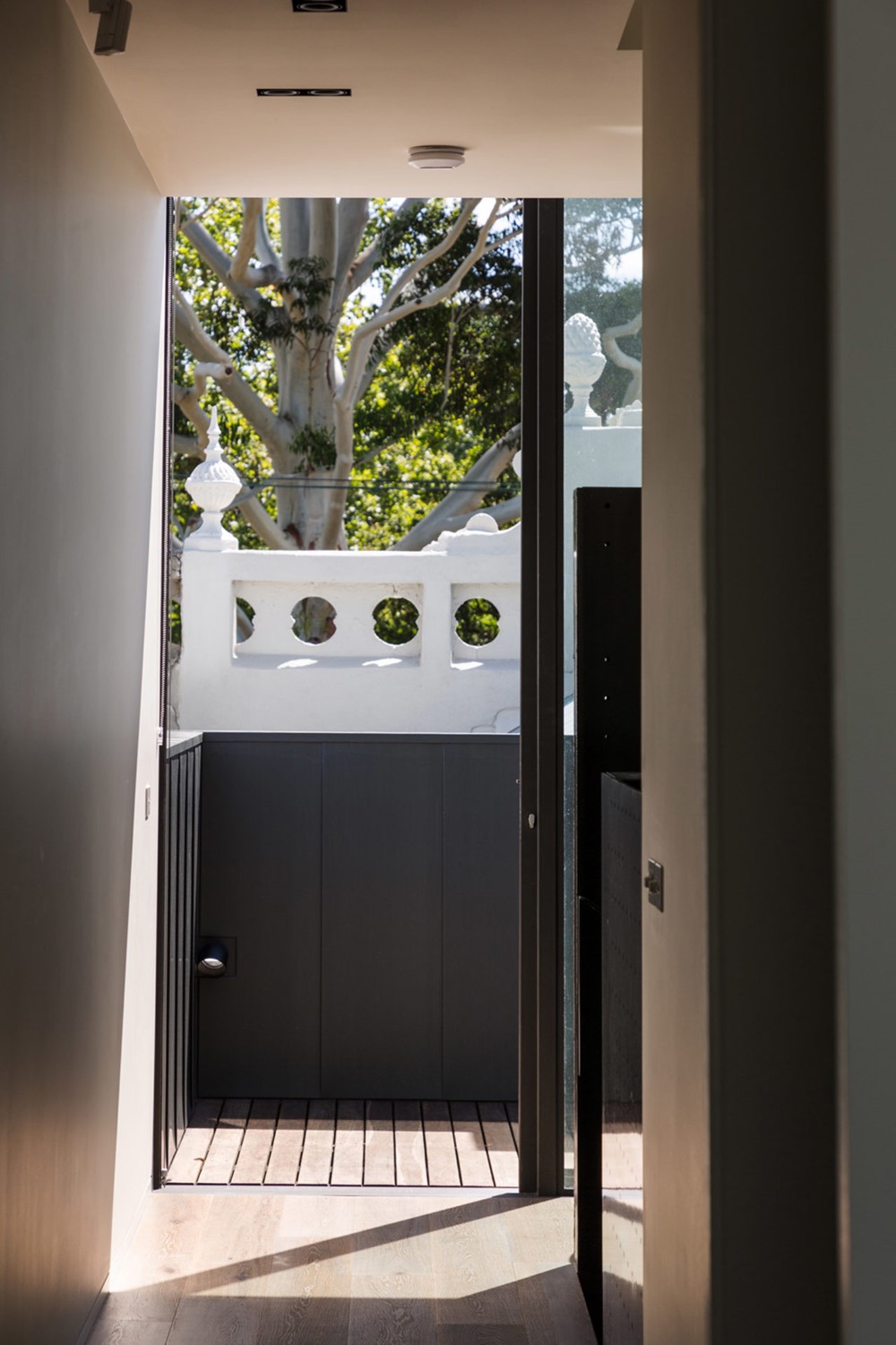 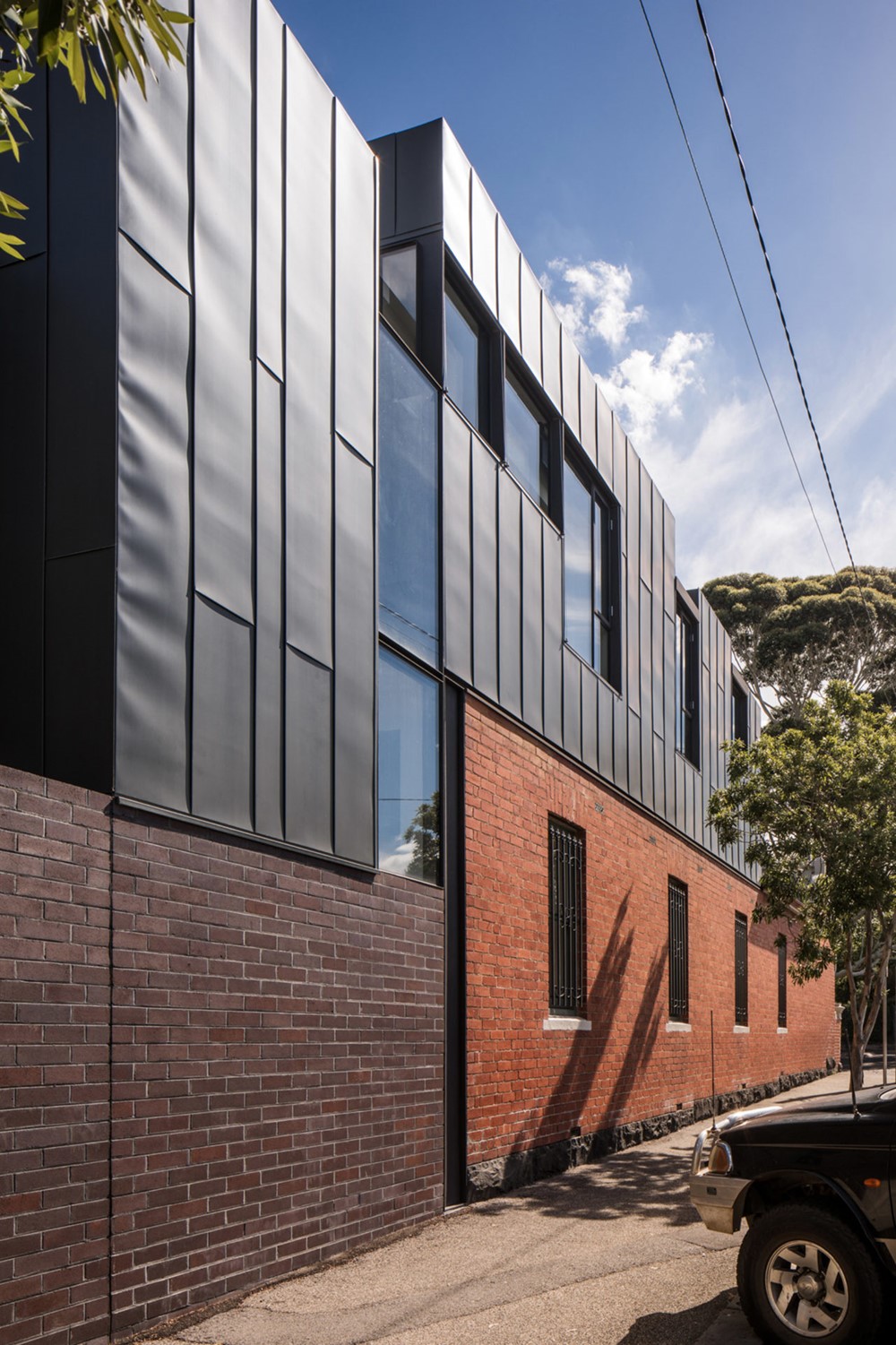 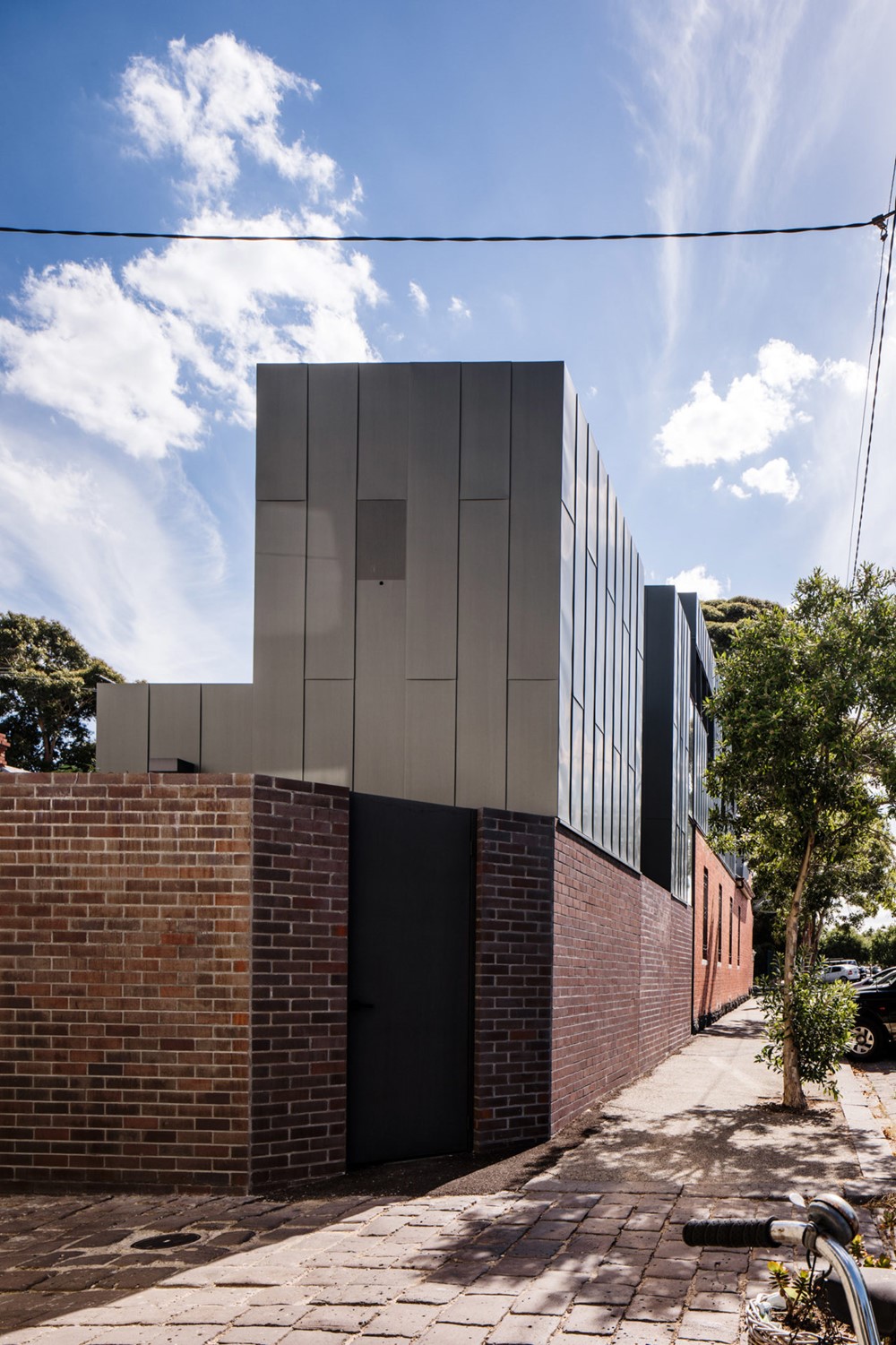 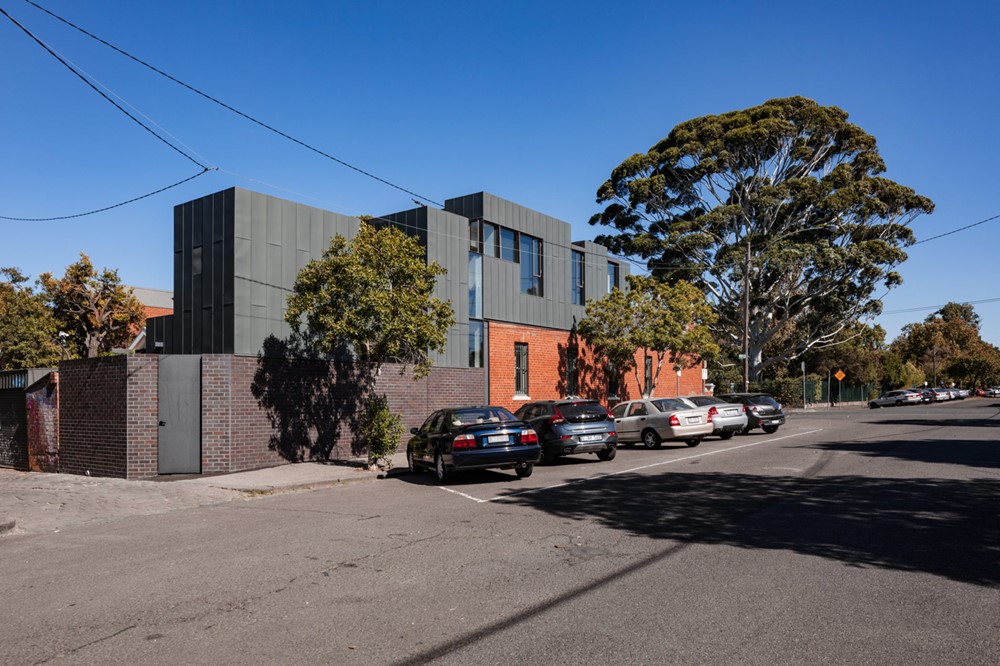 The zinc clad first-floor addition sits above the brick plinth, forming a collection of volumes when viewed from the street. A balance was sought between old and new, with equal weight given to the portion of existing building envelope that was retained.

The central courtyard creates an interstitial zone, which breaks up the living spaces while allowing them to remain visually connected. The interior spaces are defined by a series of layers, creating a sense of intimacy and enclosure. Sheer curtains filter light and provide privacy from both the street and within the house.

Outside a perforated steel stair connects the house to the study, an introverted space accessed along the walkway, a tall and narrow bridge offering only a view of the sky.