FAHOUSE is a project designed by Jean Verville architecte, covers an area of 1900 square feet and is located in Eastern Townships, Quebec, Canada. 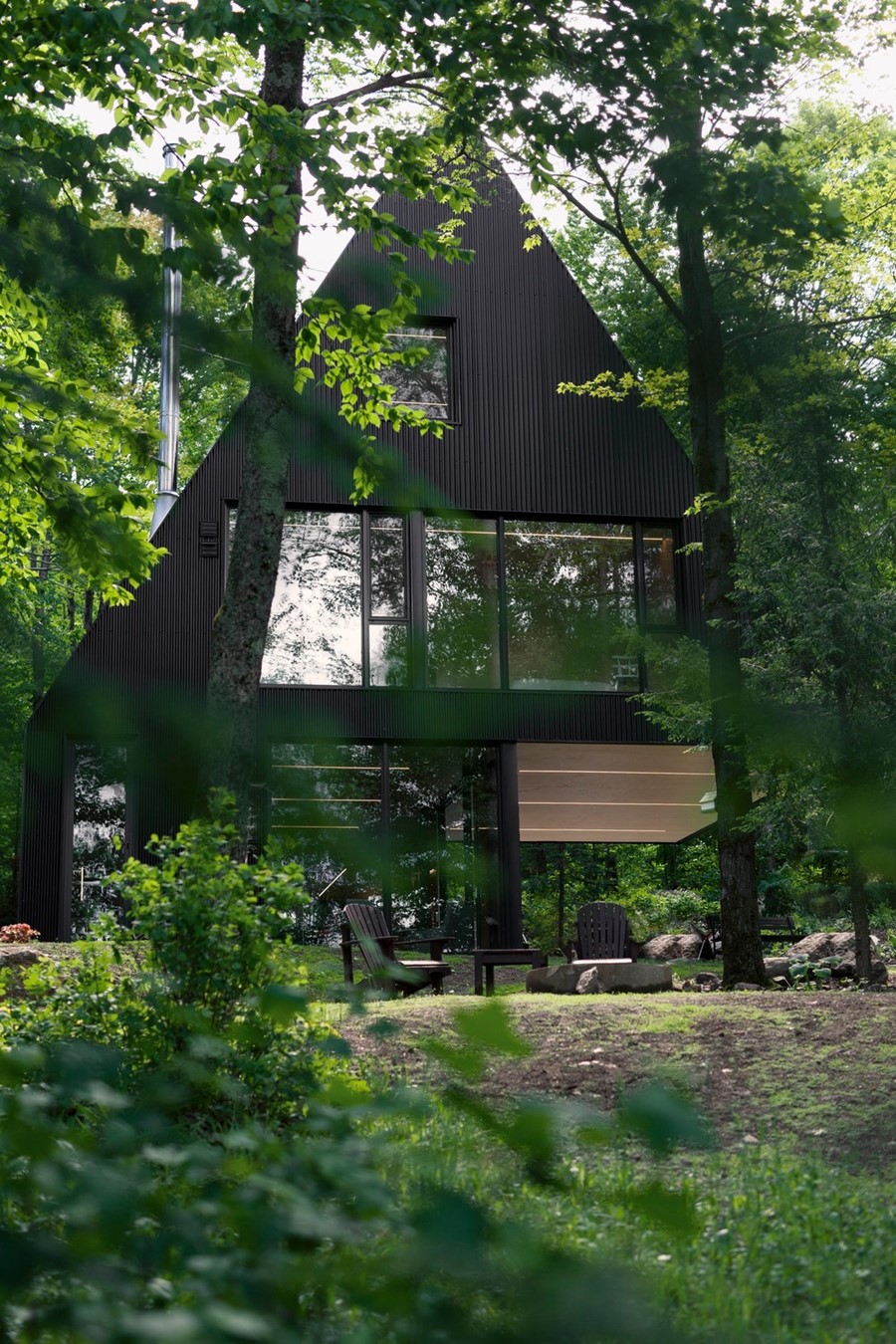 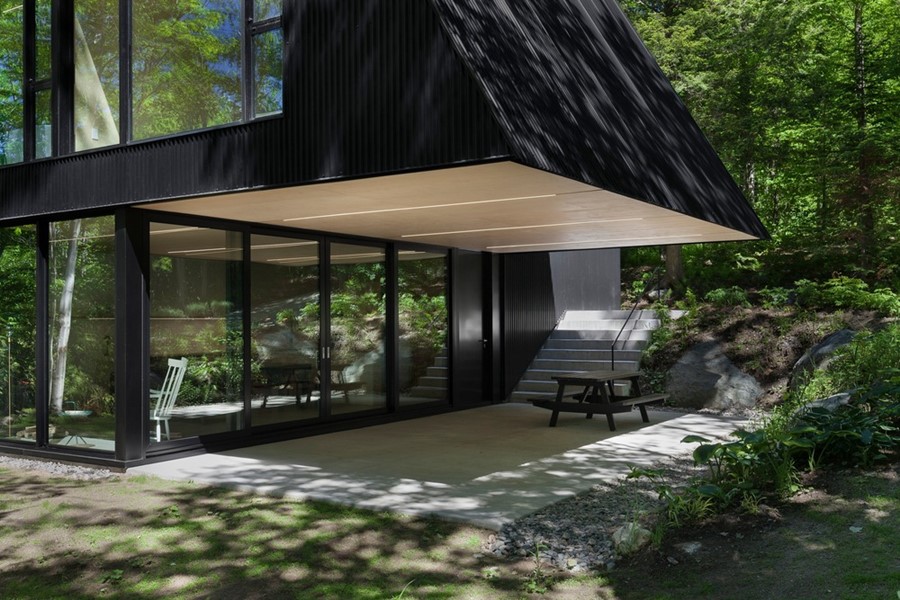 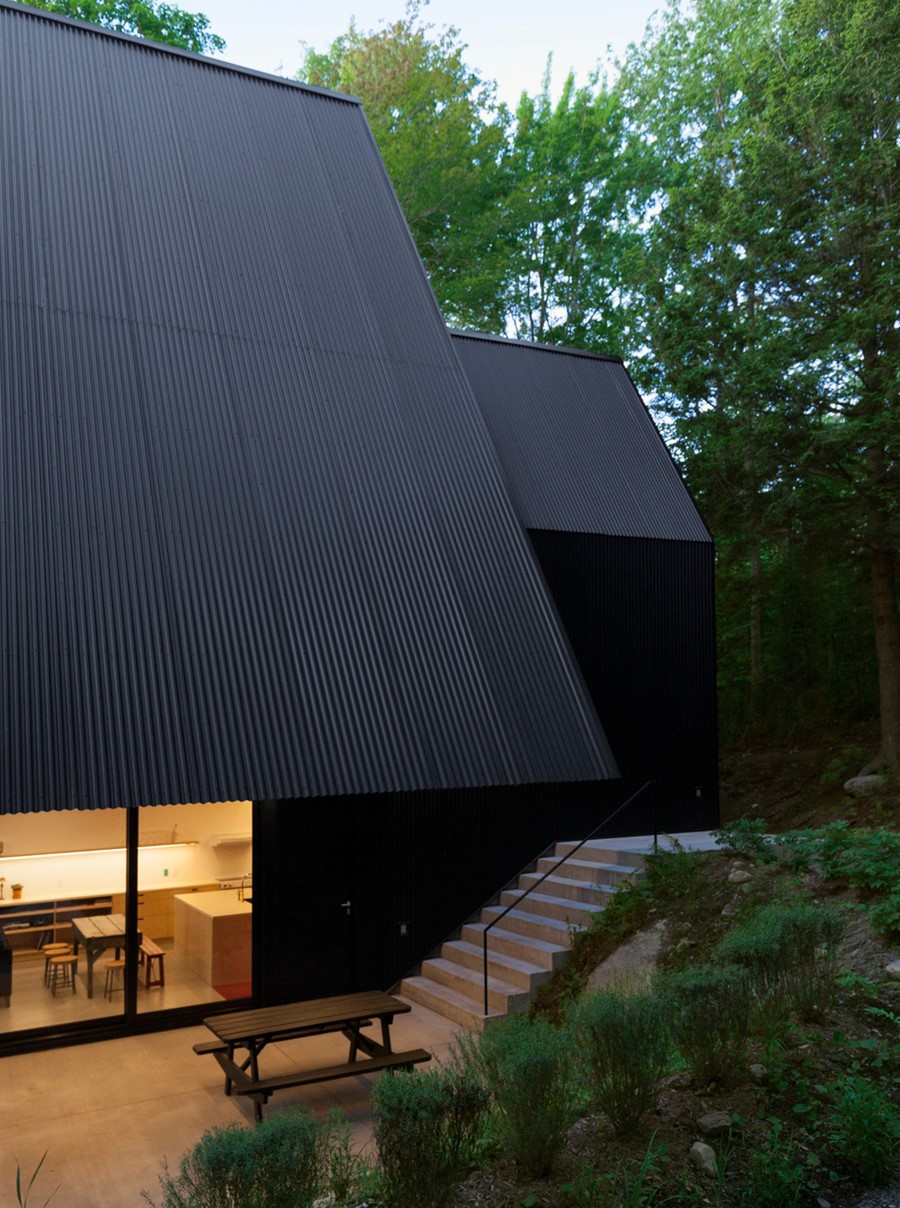 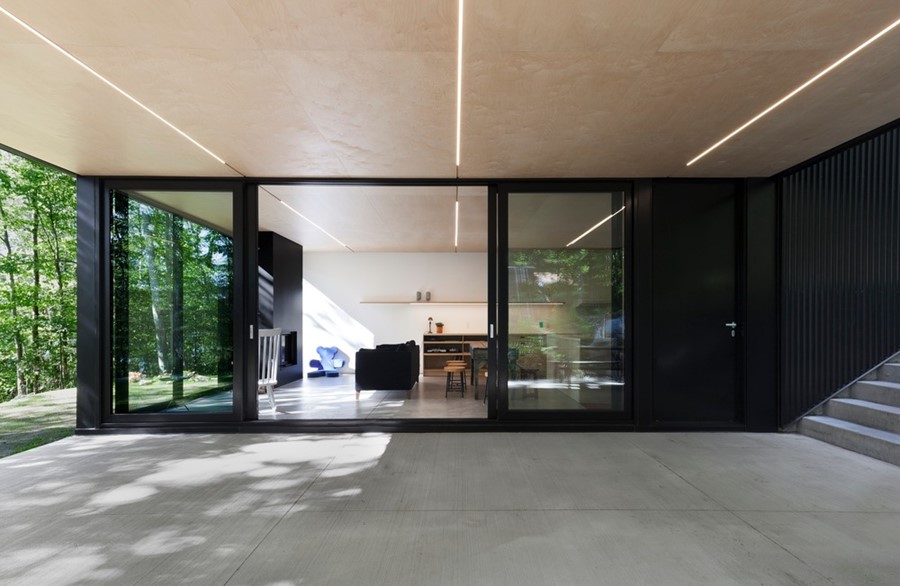 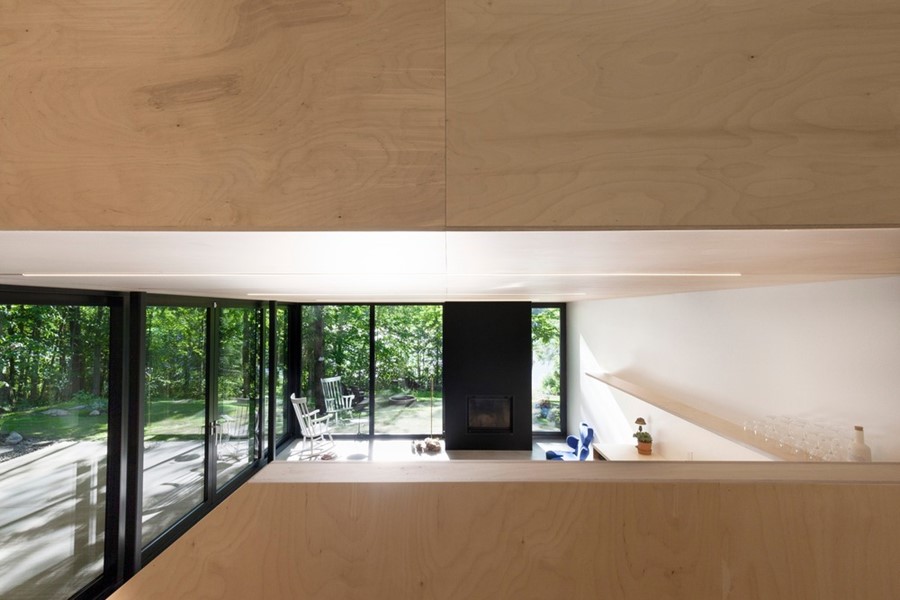 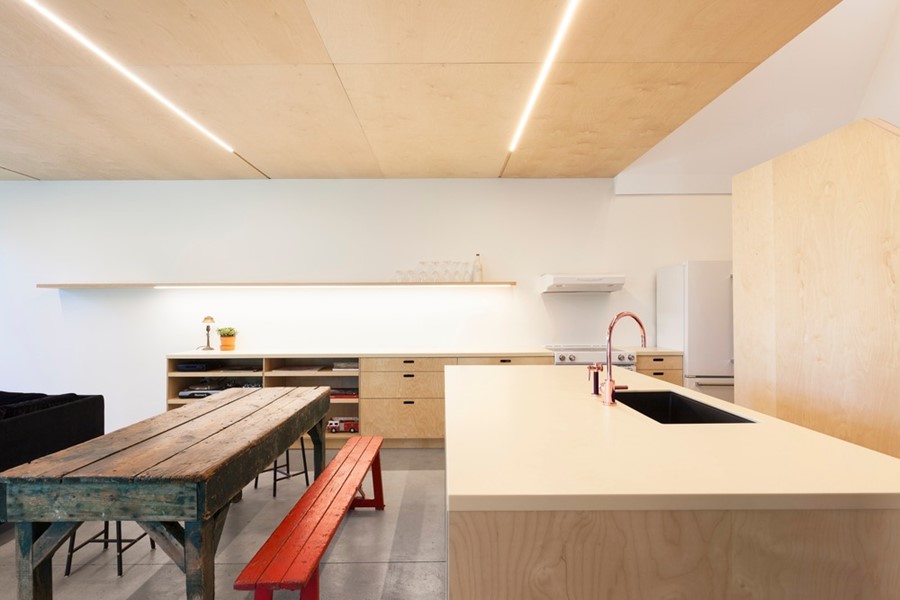 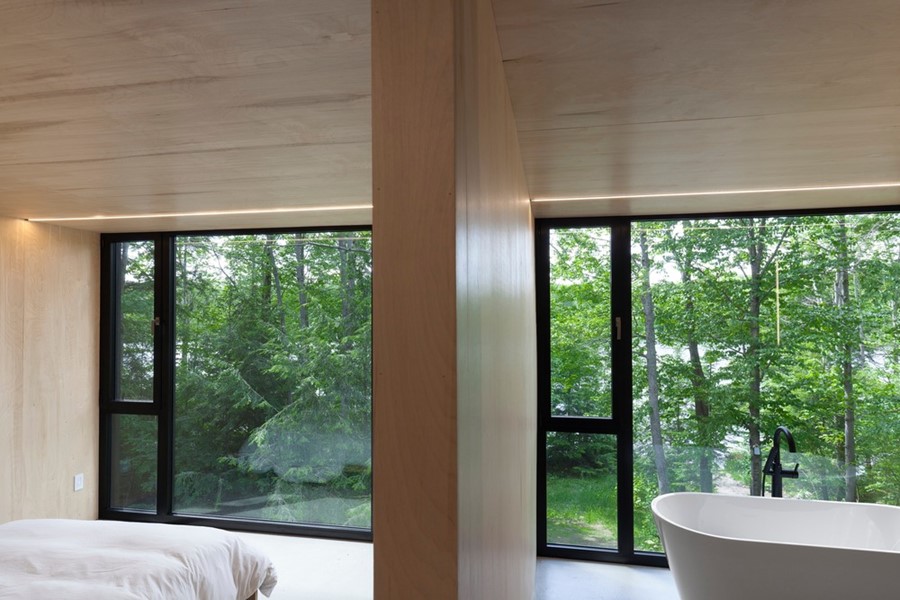 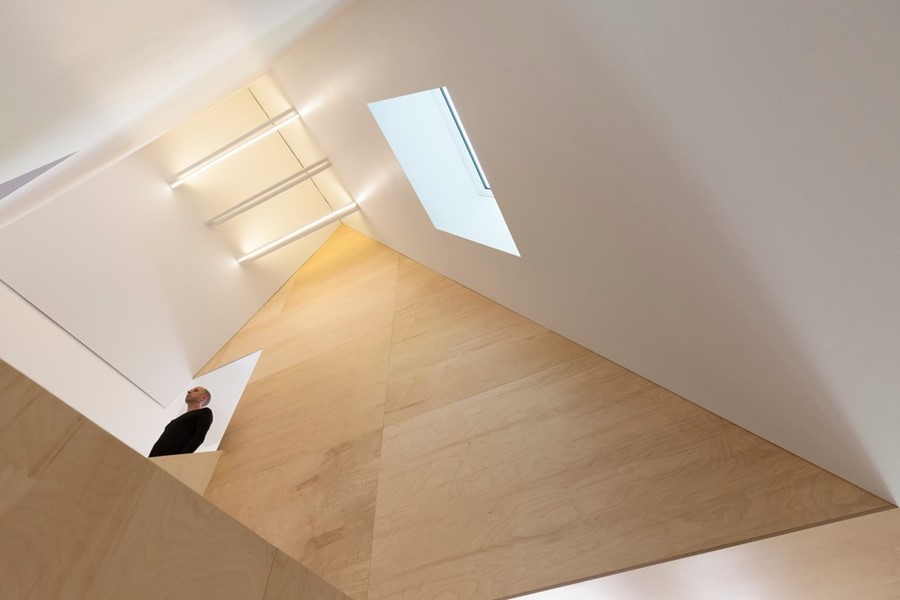 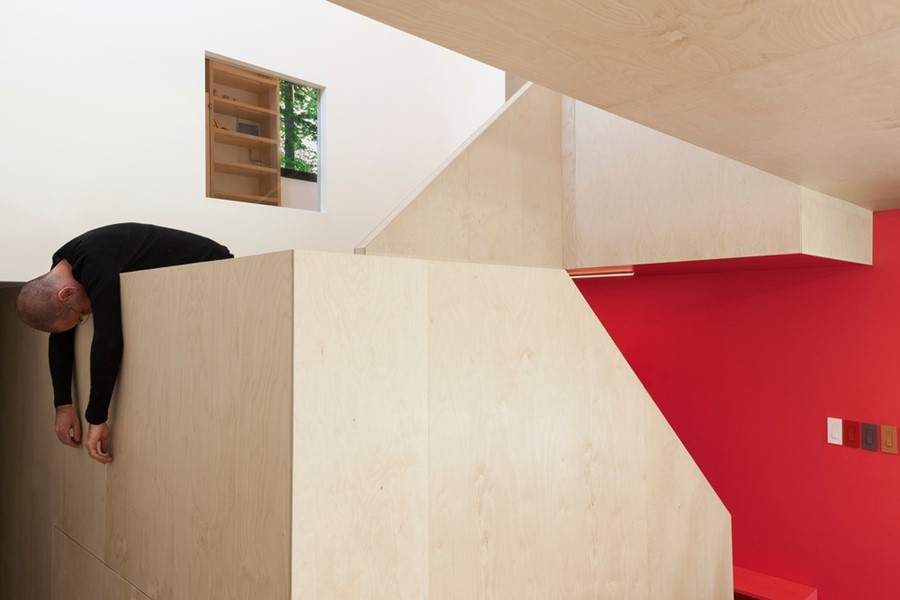 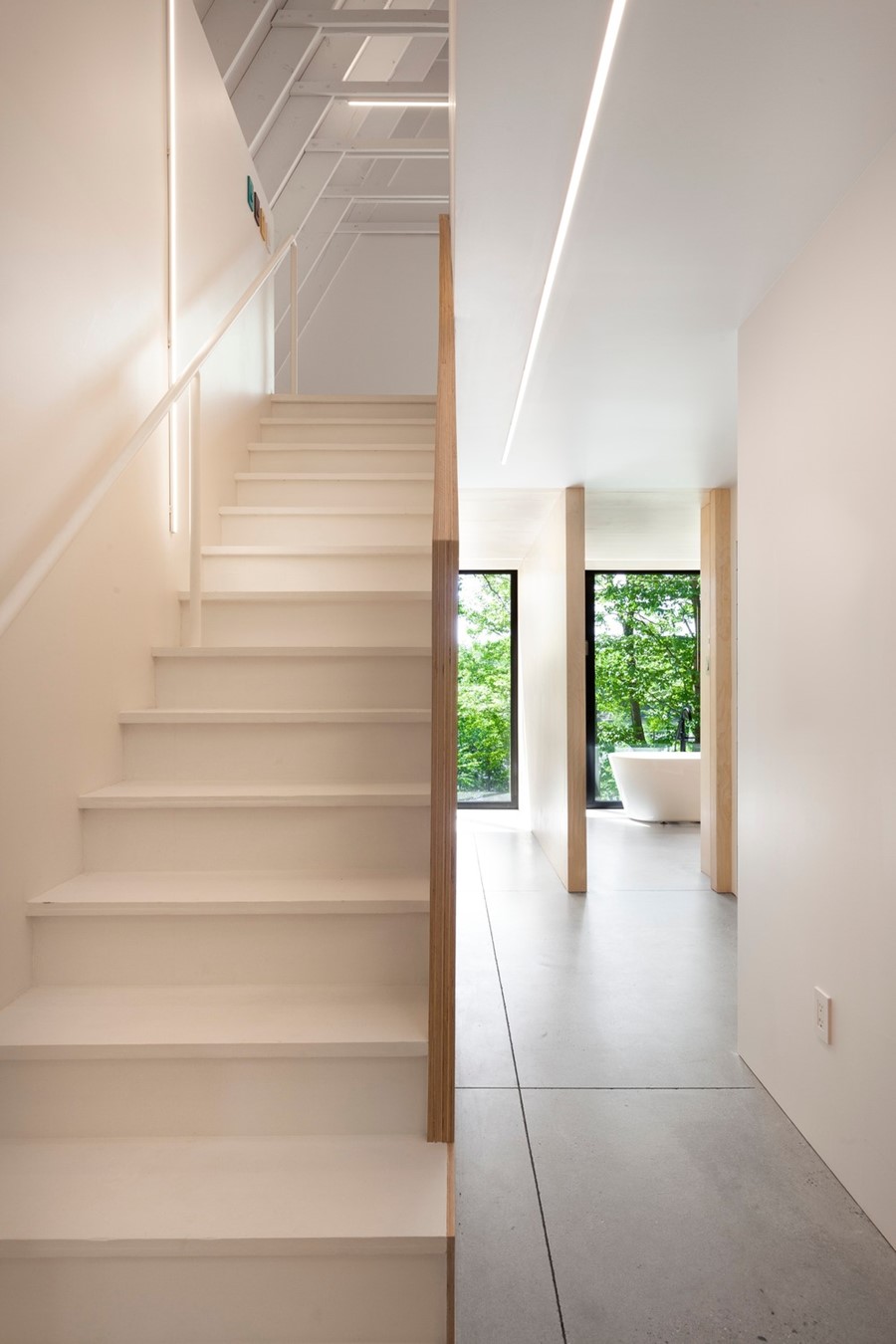 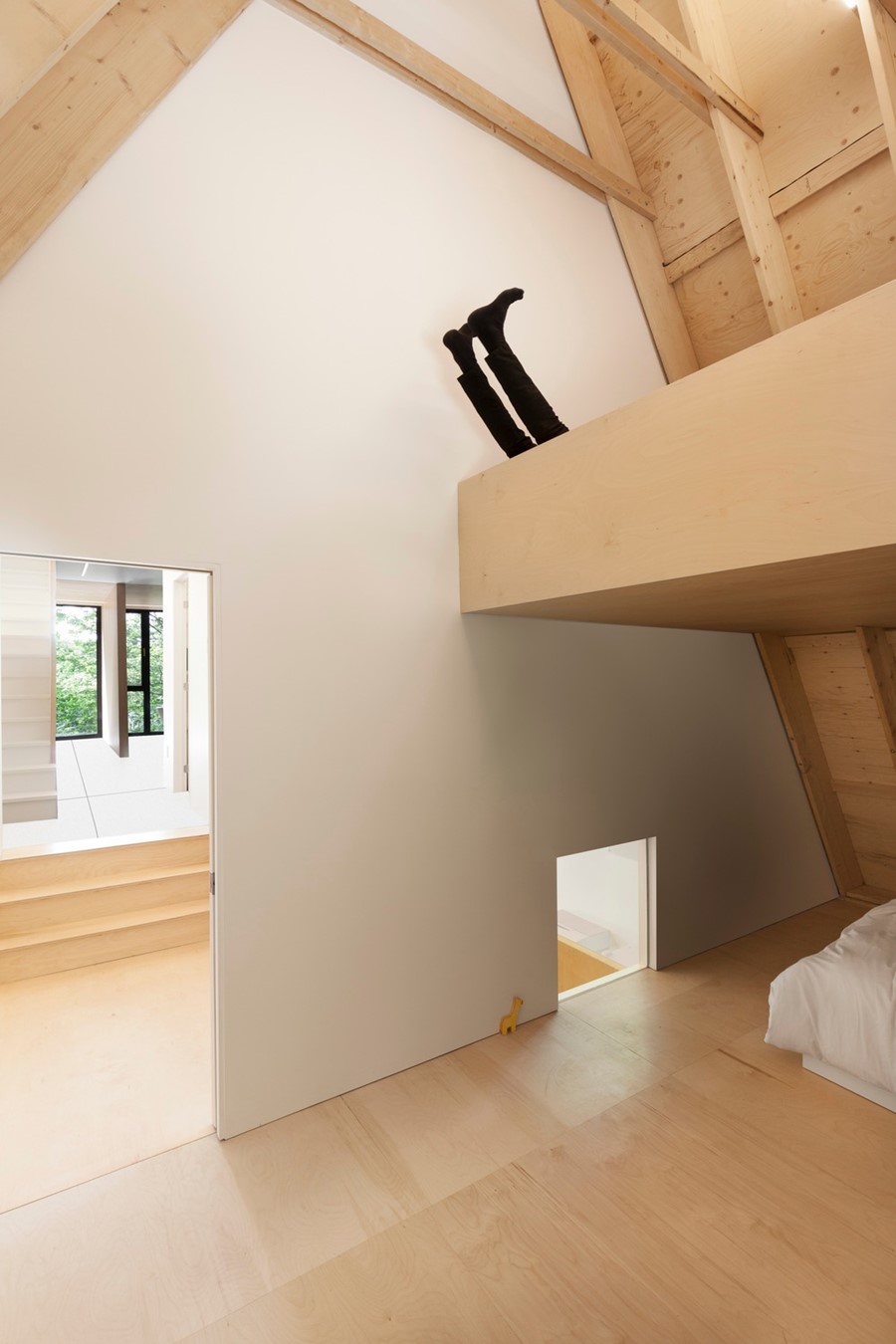 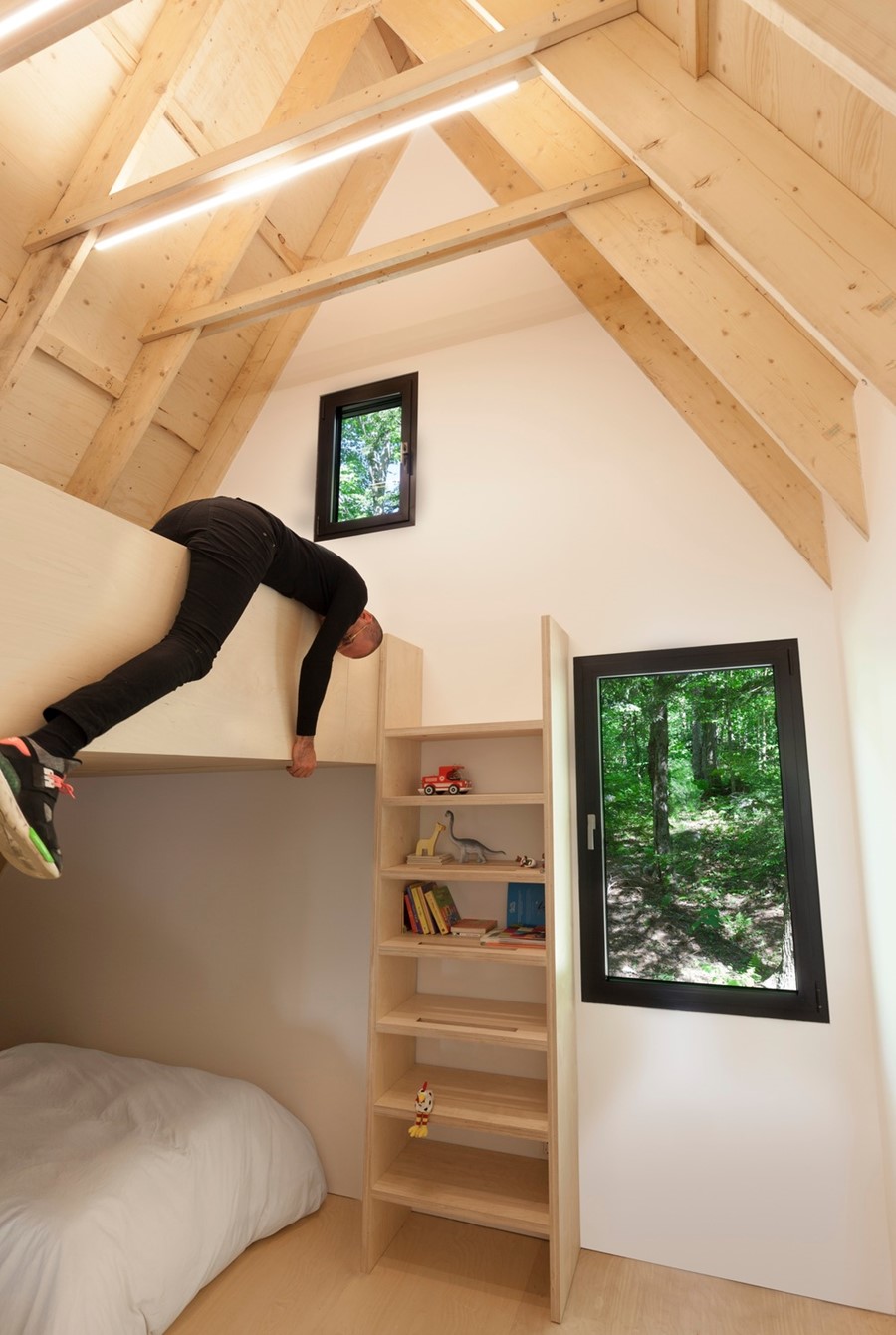 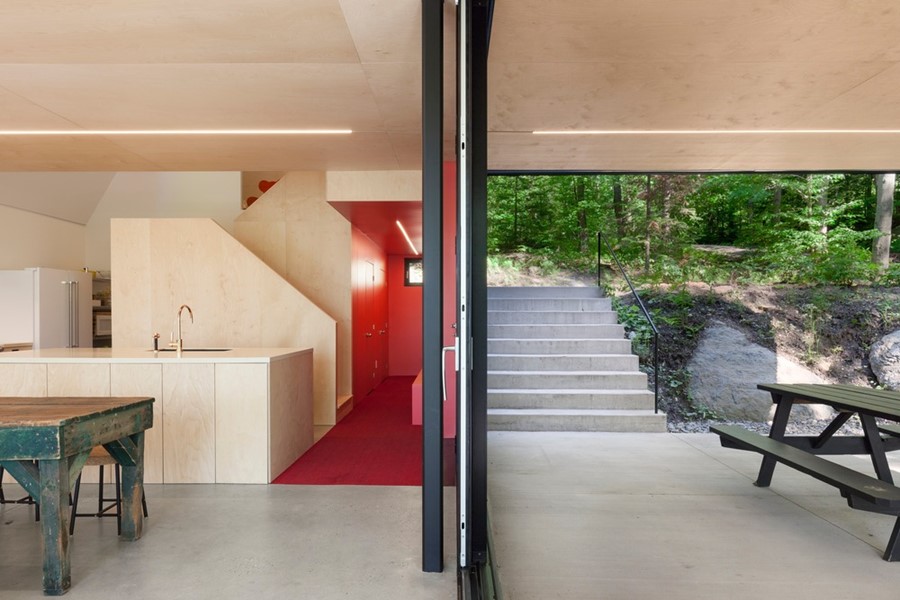 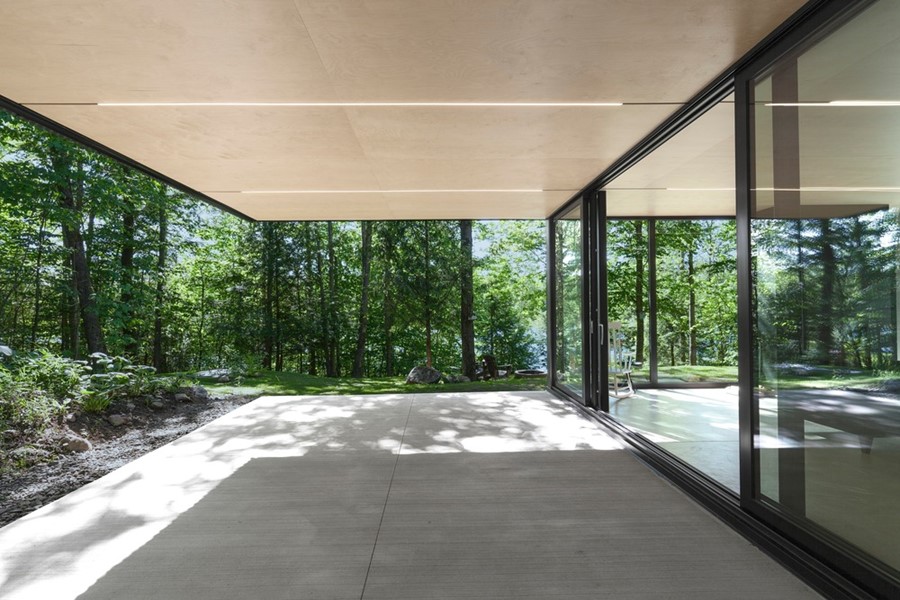 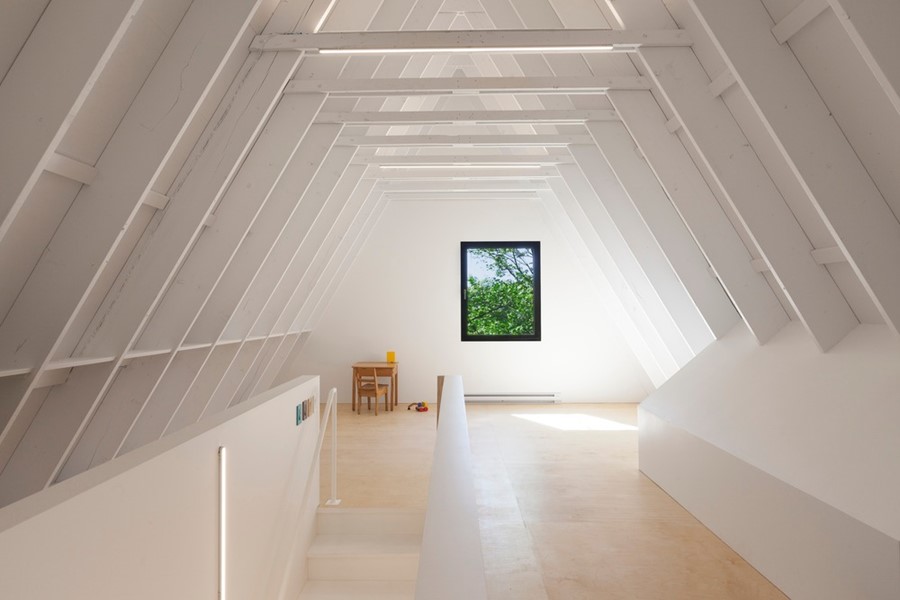 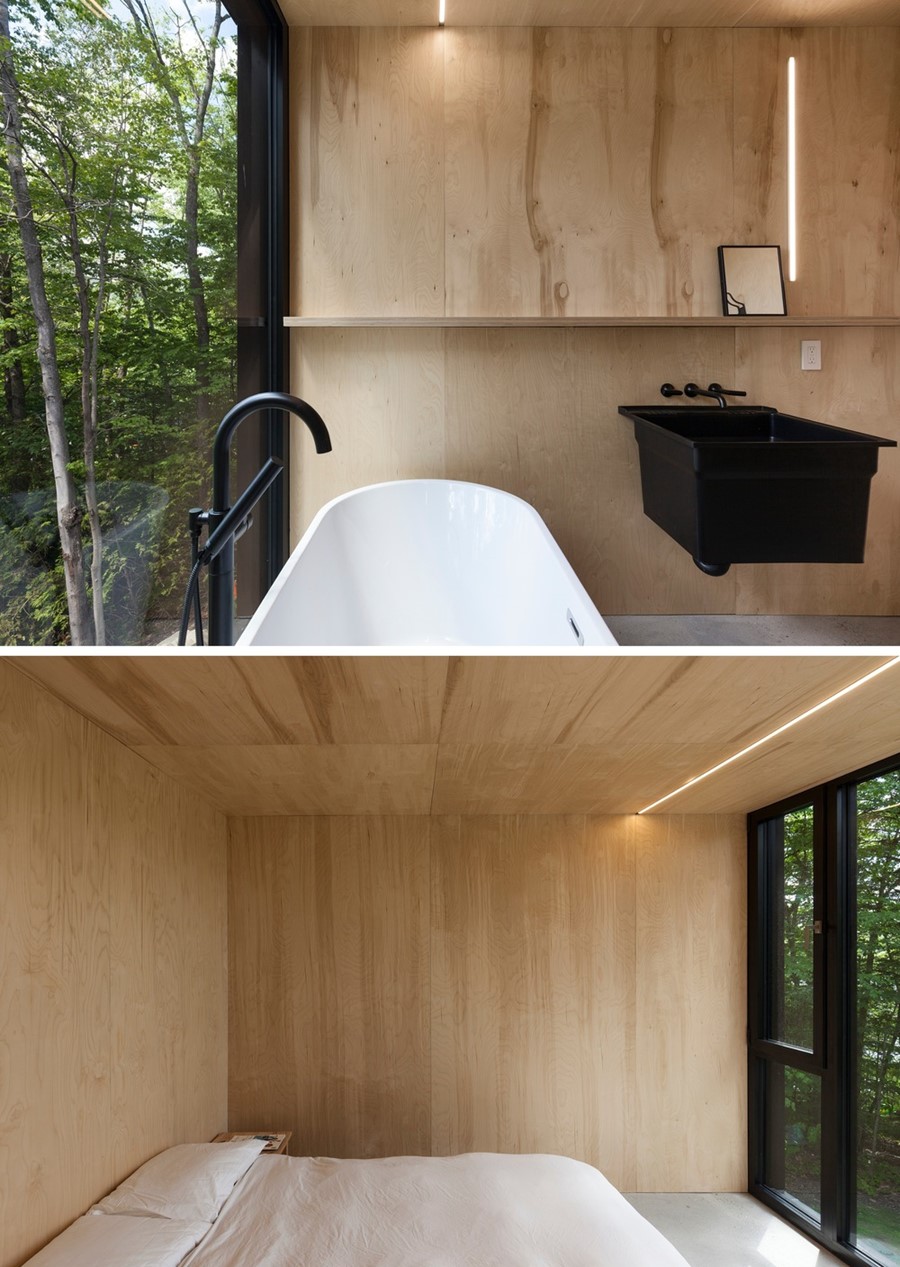 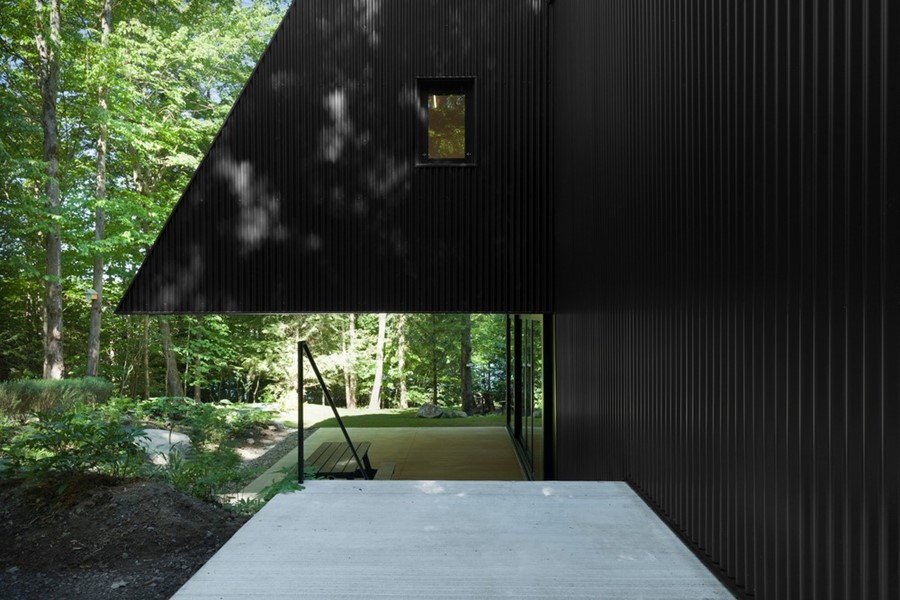 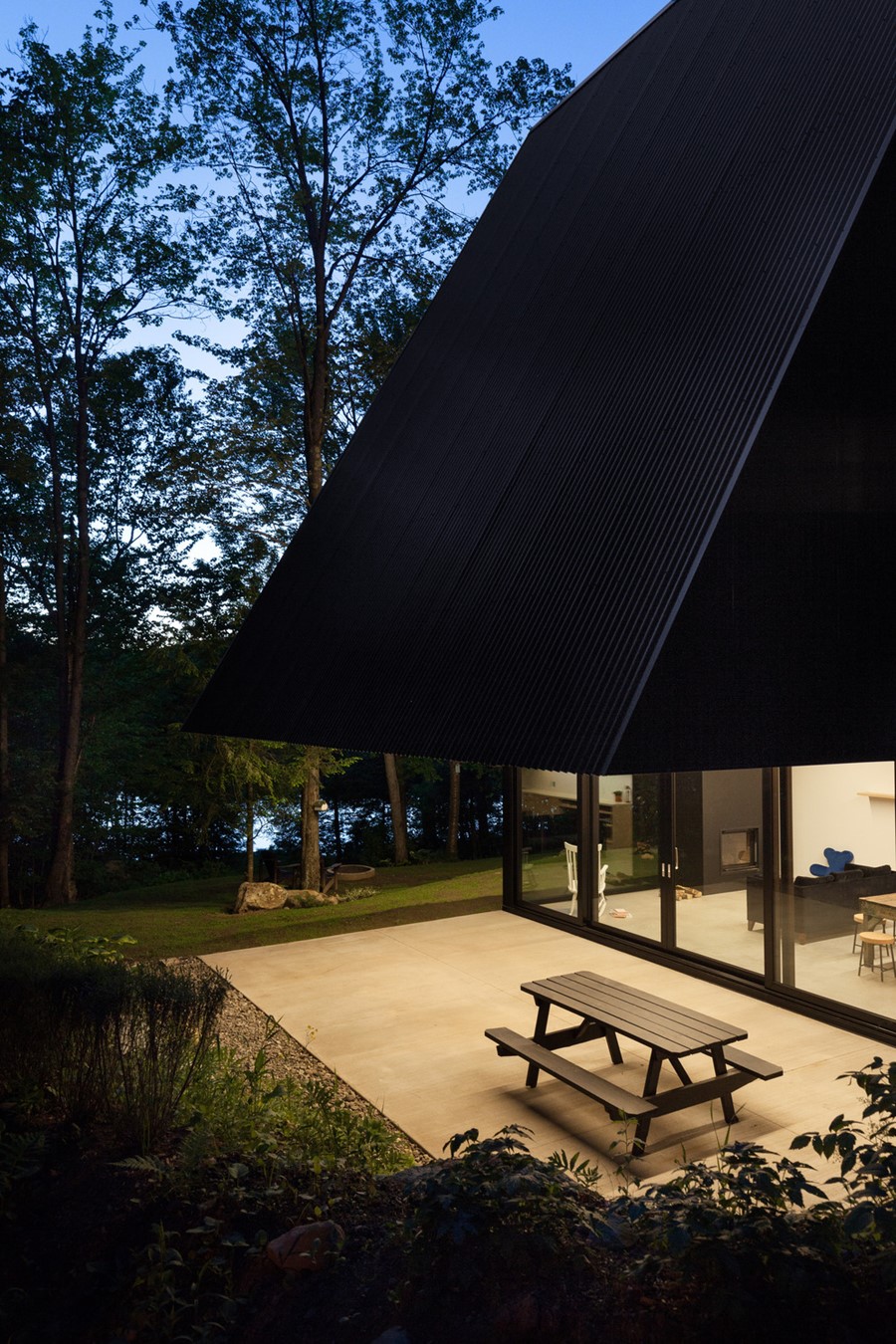 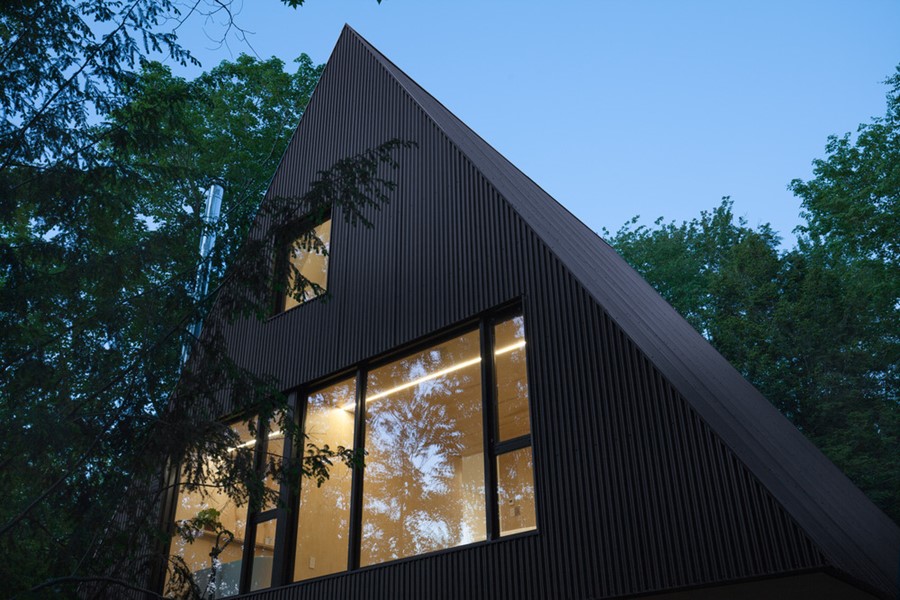 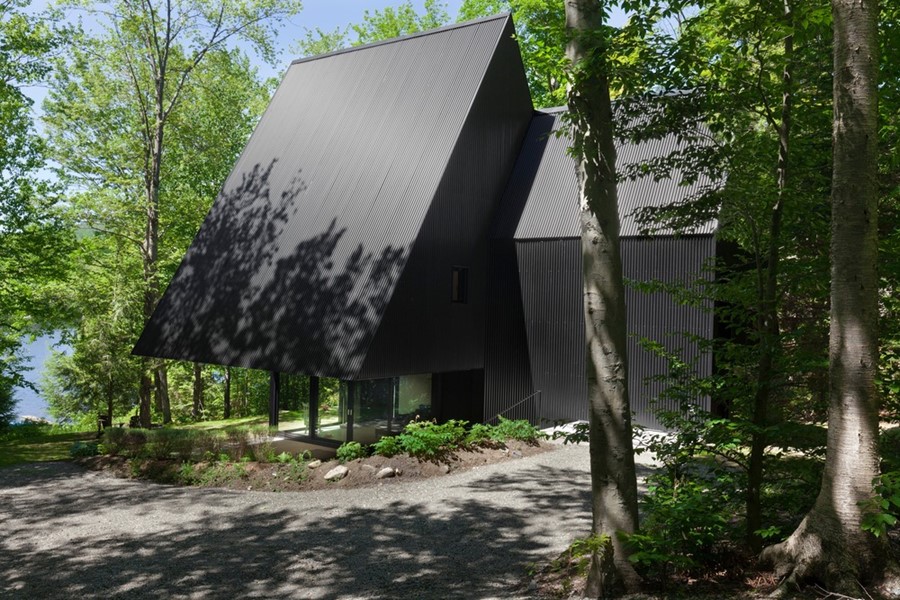 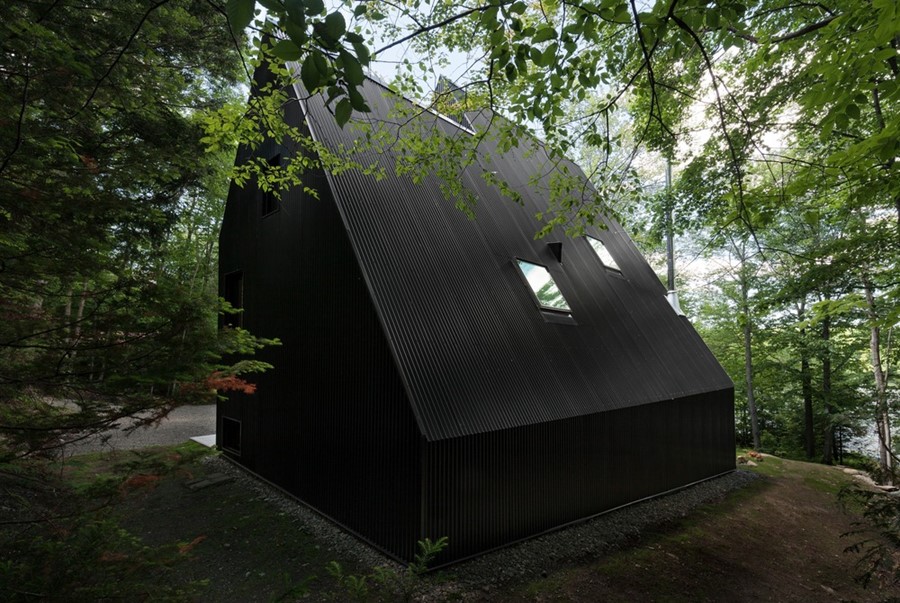 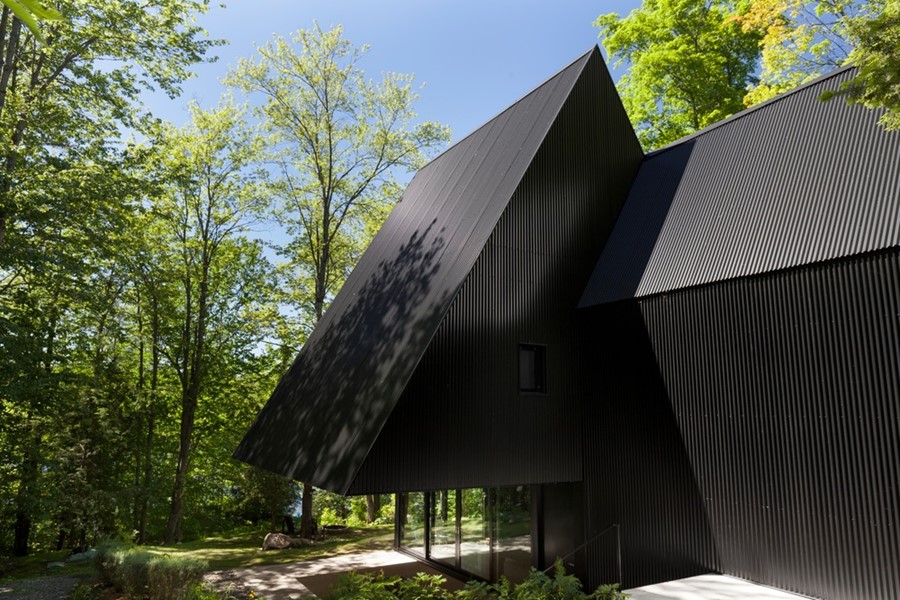 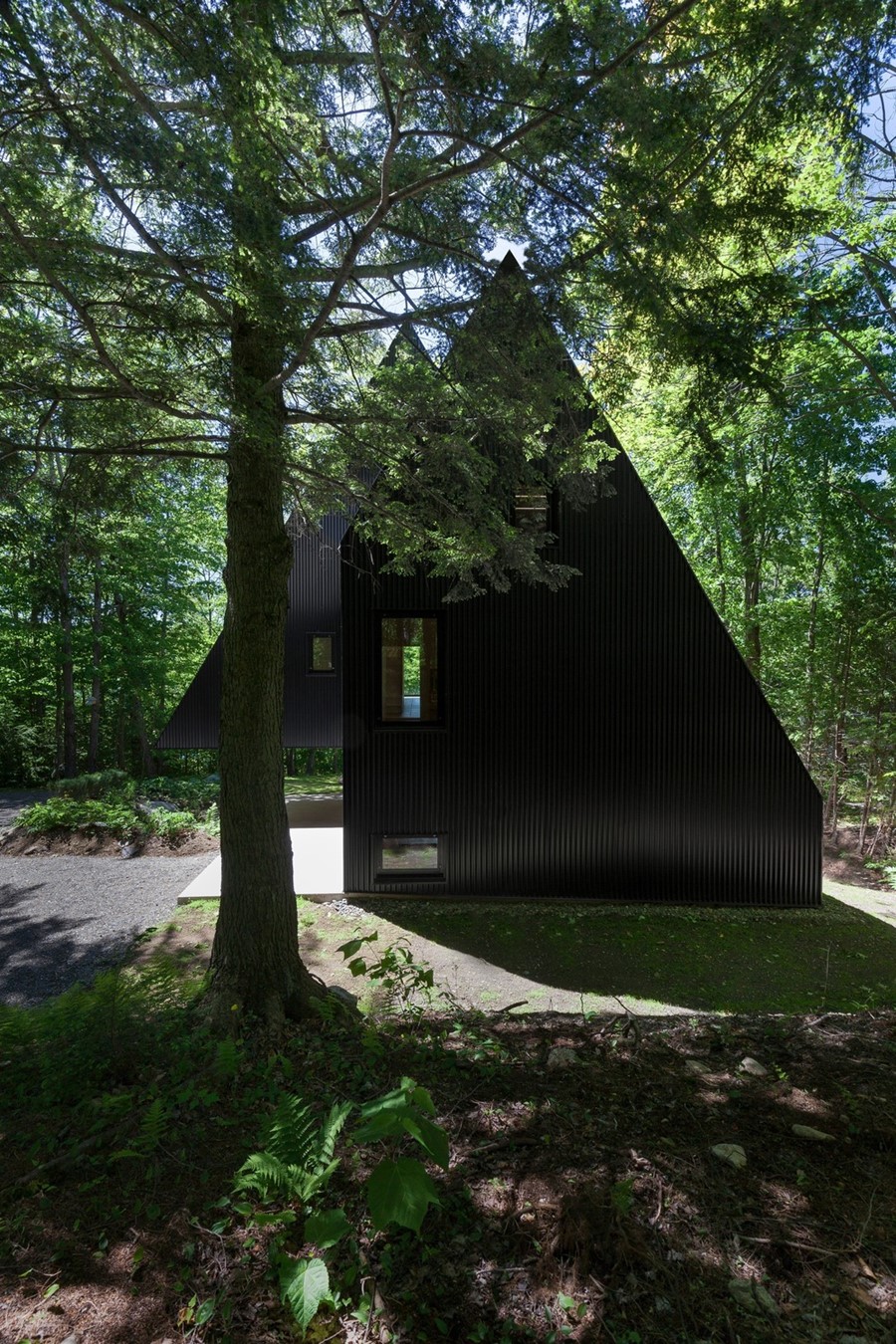 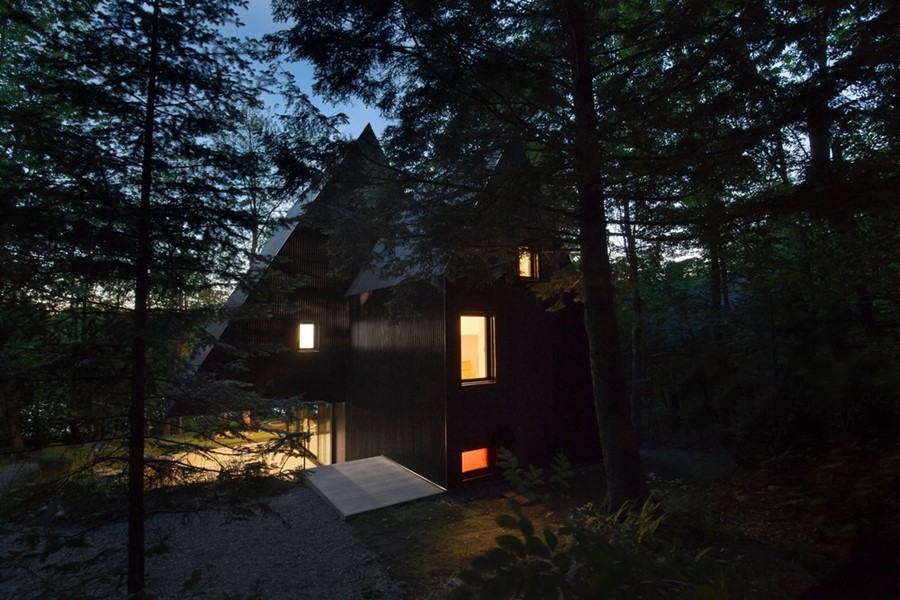 Nestled in the privacy of a hemlock forest, FAHOUSE presents an amazing building that seems to emerge from a children’s story. Exploiting the contrasts between opacity and light, the architect Jean Verville develops a graphic assemblage, which rises like two giant conifers, intensifying the dreamlike aspect of this architectural proposal. Derived from the archetypal figure of the house, the double triangular prism perfectly illustrates childhood characterizing the whole development of this project.

Conceived for a couple of young professionals and two children, the cottage revisits the family home settings to explore an imaginary closely linked to the site, its occupants and their actual way of living the family life. The close complicity with these clients during the design process, and the playfulness distinguishing their parent-children relationship, empower the architect to design a new way of living their reality. Throughout the construction, the collaboration between the architect, the family and the entrepreneur promotes a shared enthusiasm resulting in building quality and flawless finishing.

The two houses profile emerges. The architect emphasizes the elongated shape of the land by a promenade along the blind wall of the first volume. A wide exterior staircase revealing the natural slope leads to the ground floor and welcomes newcomers under an imposing cantilever defining the covered terrace. The large opaque door opens into a vibrant lobby that extends to the mysterious forest. The living area enjoys glass walls, which seem to dematerialize and eliminate the boundary between architecture and landscape, allowing nature to fabulously slip inside. Already the house comes to life and the magic of the place operates.

The architectural deployment of the staircase articulates the ground floor while governing the access parade to the perched areas of the two houses. The first, the toddlers’, nestled in the enchanted forest, displays a large bunk bed welcoming friends to share fantastic nights. A few stairs jump leads to the second, the parents’ house, which looks like a beehive composed of a succession of cells each offering a distinctive ritual. In a surprising mirror effect, the bedroom doubles as a bathroom offering two simple and soothing volumes suspended between earth and sky. In contrast, the graphic display of the impressive family shower room promises a different experience for daily ablutions. The upper floor evokes the lair of the whale to brighten the imagination and allow for a colorful world of unbelievable adventures.